Paradise In The Lost And Found Bin

I’m living in a postcard.

sleeping in a bungalow next to the beach, hanging out with some friends I made in Myanmar, watching fish swim by me in the crystal clear water, scrambling around rocks on a nearby island, reading all day in a hammock. this is paradise.

still scraping paint off my fingernails from the full moon party.

Eight days ago, I met up with Martin (who I met in Myanmar) and his friends Rozenn, Leo and Sophie. After a train ride, bus ride, boat ride and pick-up truck ride (add to this the moto, flight, metro, taxi I had taken the day before and I think I’ve covered every form of transportation), Martin, Rozenn and I found a place on the north side of the island. It was picturesque- a tiny bungalow with a great hammock right on the beach next to some of the clearest water I’ve ever seen*. We spent the next few days living in a postcard**. It was really a paradise.

Now I realize this is a somewhat loaded word. Paradise. First, its kind of cheesy. Its the kind of word a yuppie would use to gush about his/her Caribbean vacation to their jealous friends. “Then we swam with dolphins in the ocean. DOLPHINS.” Furthermore, the idea of paradise is personal. As an individual’s concept of perfection, its something I think people feel defensive about. “Who is to say your paradise vacation is that great? I hate dolphins”. And for the most part, I’ll agree, the particulars of someone’s paradise can be really, well, individual. But when you get down to it, I think everyone’s idea of paradise comes down to one thing.

Lets look at the basics. Paradise requires few things: good weather, separation from your usual obligations, time to read/swim/climb/pursue activity of your choice, the chance to relax/sleep in. Another way to look at this perhaps is: the meteorological, societal, temporal, and circumstantial freedom to do whatever you want. The opportunity to be utterly selfish.

And this isn’t a bad thing at all. The occasion to indulge in self-indulgence can be revealing. Do you want to be with other people? Do you exhibit kindness? Do you cling onto the defensive aspects of your normal life? And what do you want to do?

You can see how the answers to these questions, in terms of selfishness, and in terms of paradise, can be something ugly. There are cases where you want to be without people you’re suppose to care about, or wish to say “screw it” to everything or just want to take photos to brag to others.

Or perhaps like in the case of Martin, Rozenn, Leo, Sophie and I, the answers to those questions can be surprisingly good.

The 12th to the 16th on the north side of the island were filled with welcome company. It was kind and defenseless. We had similar ideas about what to do each day and naturally fell into congruous activities. It was rare, in my mind, to find such camaraderie and even more rare to share a paradise.

Thanks guys. Ko Pha Ngan would not have been the same without you. It felt like family.

*It was really really unbelievable clear. On overcast or cloudless days, it reflected the sky so perfectly, I couldn’t spot the horizon. On cloudy days, I just looked for the horizontal line of symmetry.

**the exception being the full moon party. which wasn’t spring break cancun hell, but more of a fun rave with glow in the dark paint, jump ropes on fire, and 5000 of your closest friends.

is only accessible by boat. everything (toilet paper, water, people) is brought in by longtail boats.

has no roads. the peninsula town is about a 15 minute walk across and a 30 minute walk from end to end

is surrounded by gigantic limestone cliffs which fall into the ocean

has cheap beer and beautiful sunsets

is a rock climbers paradise 🙂

21 hour layover in Bangkok was, as predicted, overwhelming. THE DENSITY.

e.g. 1. Khao San rd. This is where apparently all of the backpackers congregate at night. What you will find on this road: street food every 10 feet, local musicians covering american classics, stores selling cute sundresses, lady boys, drunk foreigners getting massages, people selling ping pong show tickets, the greatest concentration of white people I’ve seen since leaving the US.

e.g. 2. 7-11. Thais apparently love it. I was just excited to get air conditioning, beer, floss, and Toblerone all in one place. There were three 7-11s within 100 meters of my hotel. I went to all of them.

e.g. 3. Pra Atit rd. Just outside of my hotel, there is a cluster of restaurants, bars and cafes that remind me of the lower east side. Expect they’re tinier! and there are bunch of well dressed young Thais at each outdoor table that put my nicest clothes to shame.

e.g. 4. Pantip Shopping Complex. There’s an entire mall dedicated to electronics. I went in searching for a replacement for my ipod and found everything from USB sticks shaped like dolls to fake ipods for $34.

END_OF_DOCUMENT_TOKEN_TO_BE_REPLACED

Not quite the wild, actually. More like into the unknown.

Calvin and I parted ways this morning. It was a little sad. He wrote his address in my notebook next to all the other addresses of people, we’ve traveled with. Of course, he pointed out the sentimentality in this. And I pointed out that he was being sentimental.

So off to Bangkok tonight for a layover before Cambodia. I have a good feeling about Cambodia. I’m picturing trekking through jungles, haunting museums and beautiful temples. Oriana, who I met in Yangon and again in Inle Lake, should be joining me in Siem Reap.

Bangkok in the mean time, sounds like it might be overwhelming after these past few days of rural relaxation. 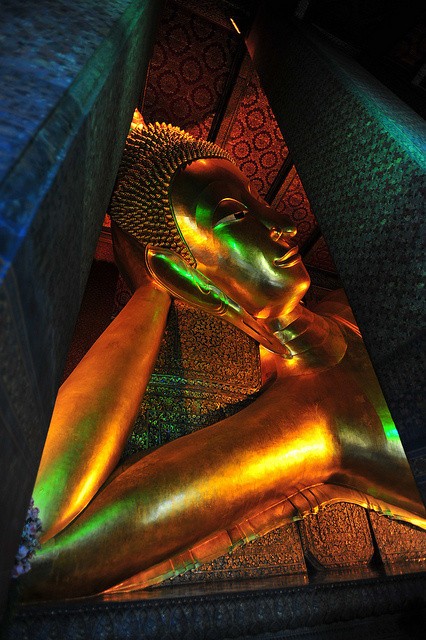 Thailand In A Nutshell

Thailand. Consider it famous, consider it infamous: It’s the dream tourist capital of Southeast Asia. From the quieter “Rose of the North” in Chiang Mai to the cramped hustlin’ n’ bustlin’ of Bangkok, Thailand has something for everyone.

One day you’re trekking along hillside villages, then you’re crossing into Myanmar, and then next you’re shmoozing with the country’s social elite on one of the most dazzling rooftop bars in the world. Although Thailand has done well in expanding its influence across the globe — even all the way into the staple of every college students’ budget diets — but it still beckons the imagination of every traveler.

END_OF_DOCUMENT_TOKEN_TO_BE_REPLACED 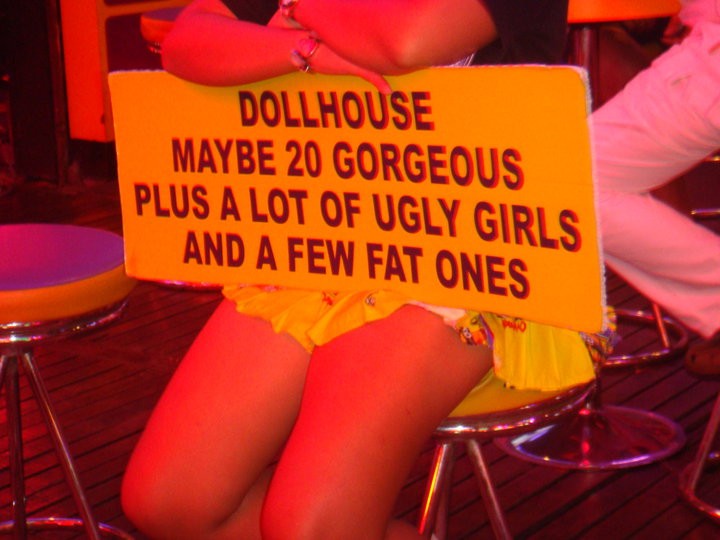 Before I begin, this photo was too good to pass up. I know that it may not be the most sensitive or politically correct item to post – but I’m here to share my experiences and not all of them turn out to be 100% politically sensitive.

So, Bangkok is an absolutely huge city and unlike my hometown of Boston, Massachusetts (woo!) the subway system doesn’t really extend around the city. Even the combination of the water taxis, the sky train, and the subway doesn’t quite get you to certain areas of the city. So, we were forced to take taxis around in a couple of instances…..

Upon arrival in Bangkok at 4:32am… the only thing at that point to do was to go visit the floating markets – something that required that we taxi to a bus station on the southern edge of the city to take a bus a distance outside of the area. We easily flagged down a metered taxi (which is quite a feat – being a foreigner, no one wants to use their meter and instead will just try and charge exorbitant prices).

After battling with some language barriers – he finally got that we wanted to go to the markets… he kept yelling at us, “I take you! 1,000 baht! Me! Mini Baht!”

The conversation continued in a similar fashion for a good twenty minutes while he took us to the wrong bus terminal.