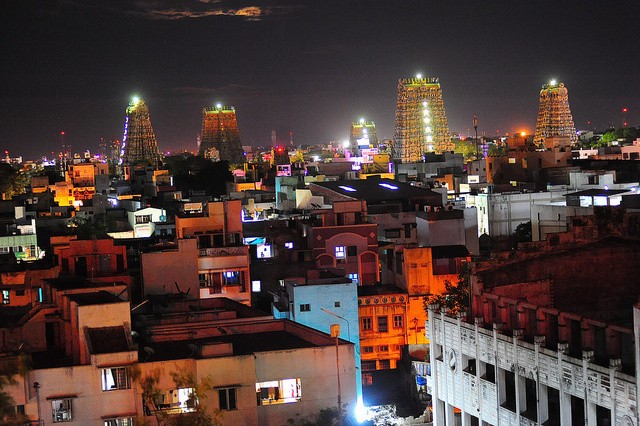 Back on the road: literally hit the ground running. Before beginning, we treat ourselves to free access to Amex Platinum's Lounge

Stephanie, having no interest in seeing Madurai, stayed behind Mumbai an extra few hours while Karen and I headed to Madurai in the morning. After a stopover in Bangalore, we arrived at the “Taj Mahal of the South.”

Named so for Madurai’s famously majestic Sri Meenakshi temple, which is actually a complex of 6 huge Dravidian towers that loom up to 52m over the city. 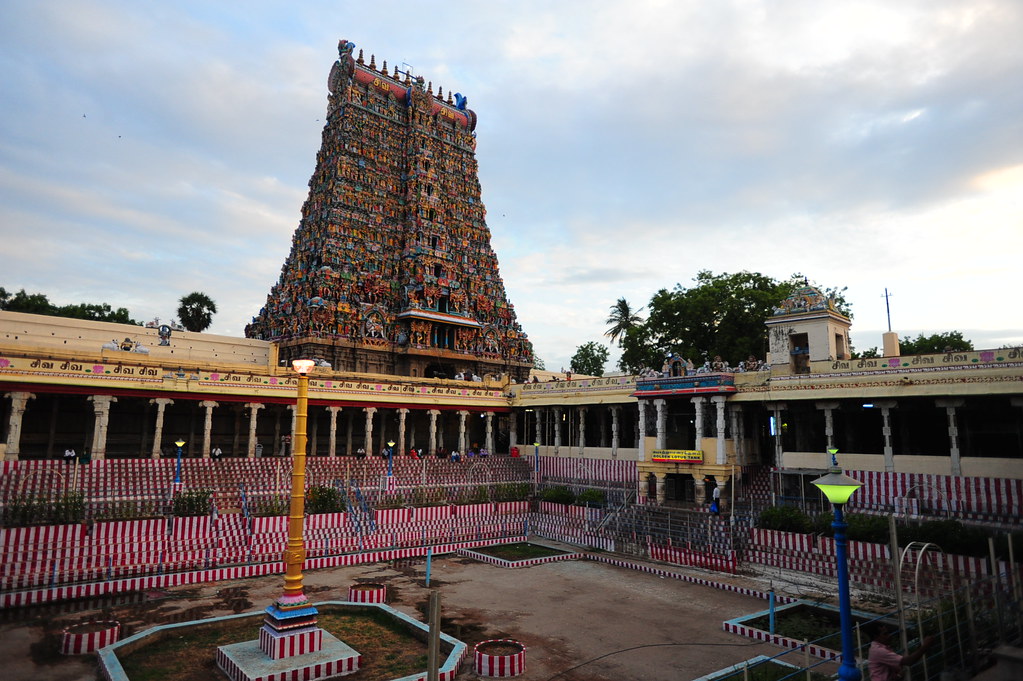 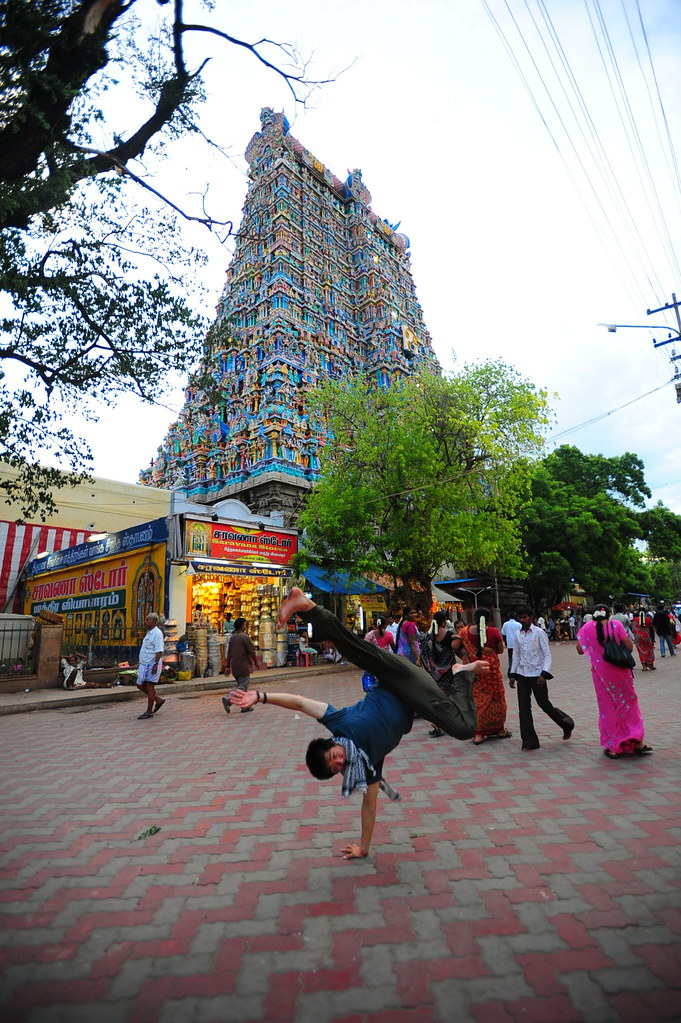 Heading inside was just as impressive (and it’s free! the Temple Art Museum costs a little extra to get in though: 50 rupees) 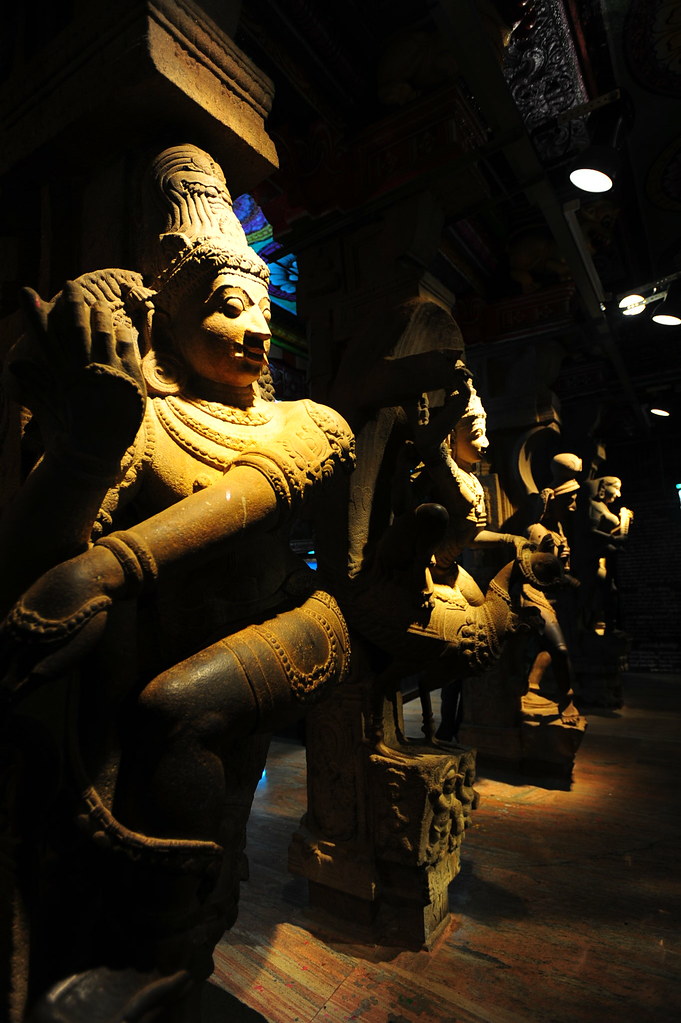 Inside the Temple Art Museum. 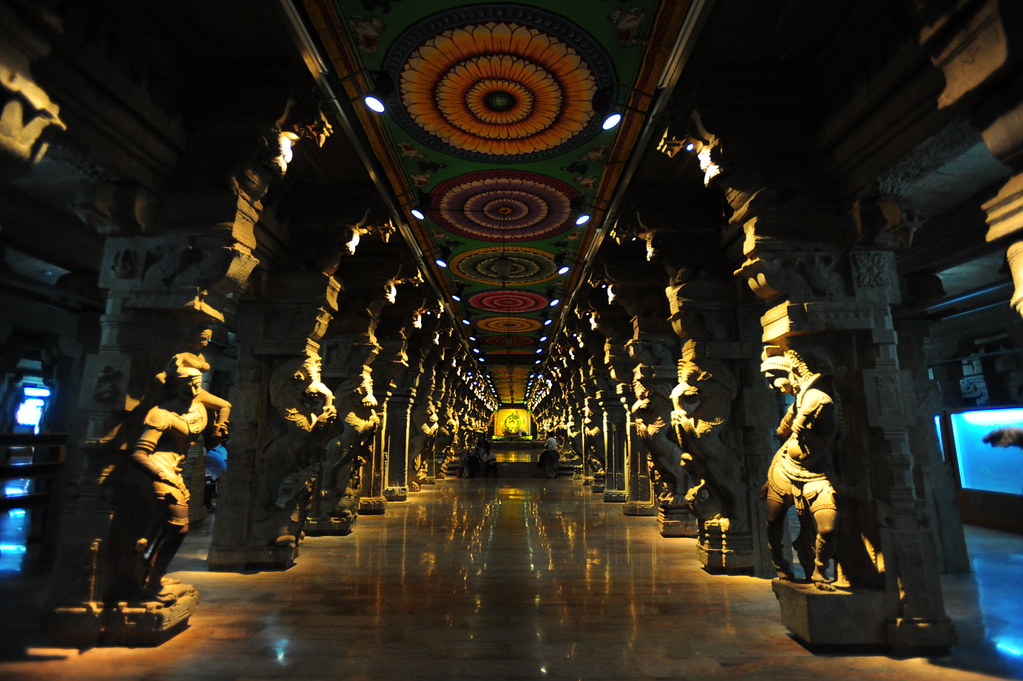 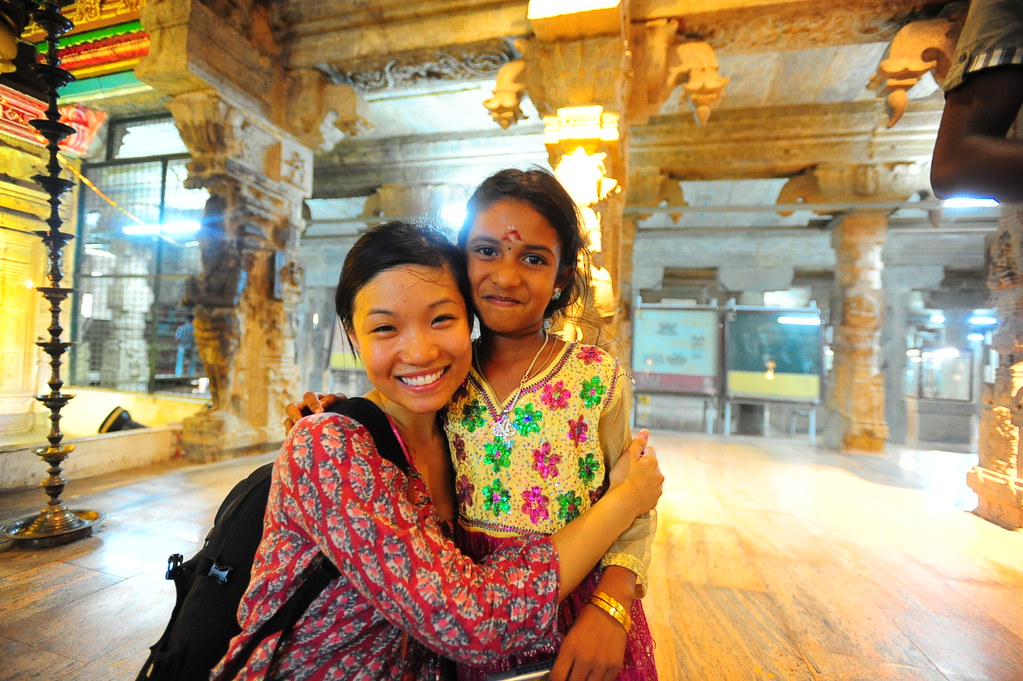 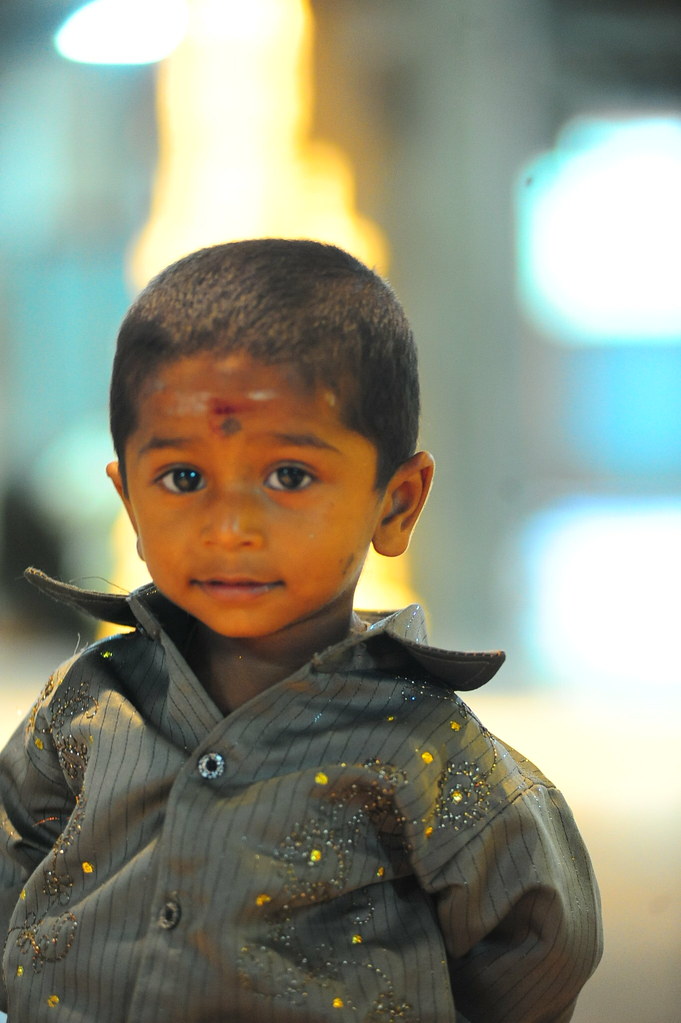 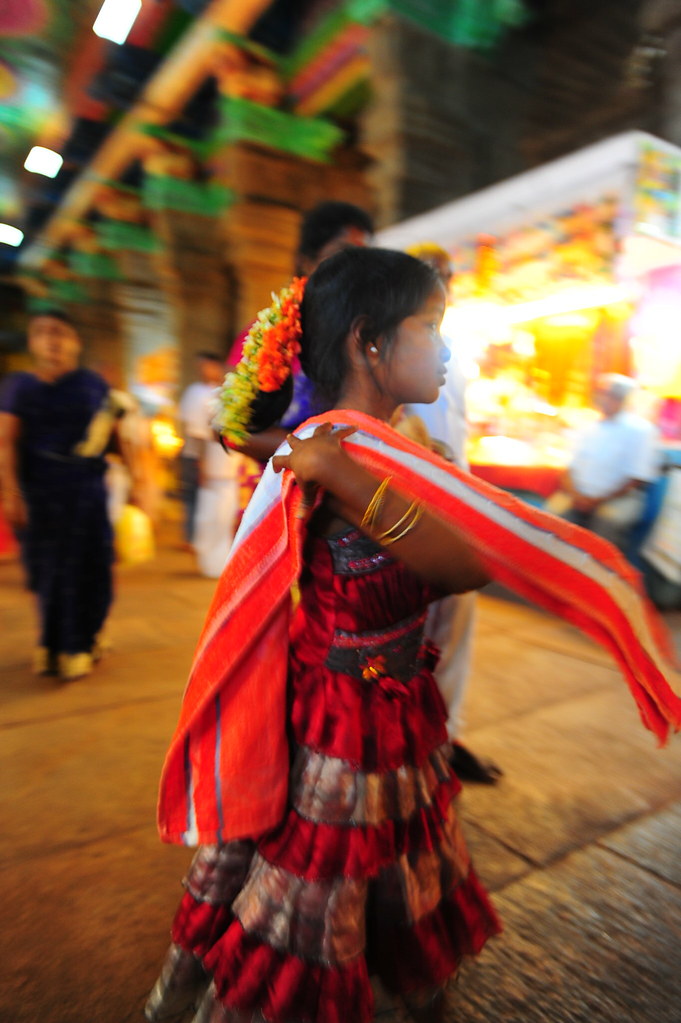 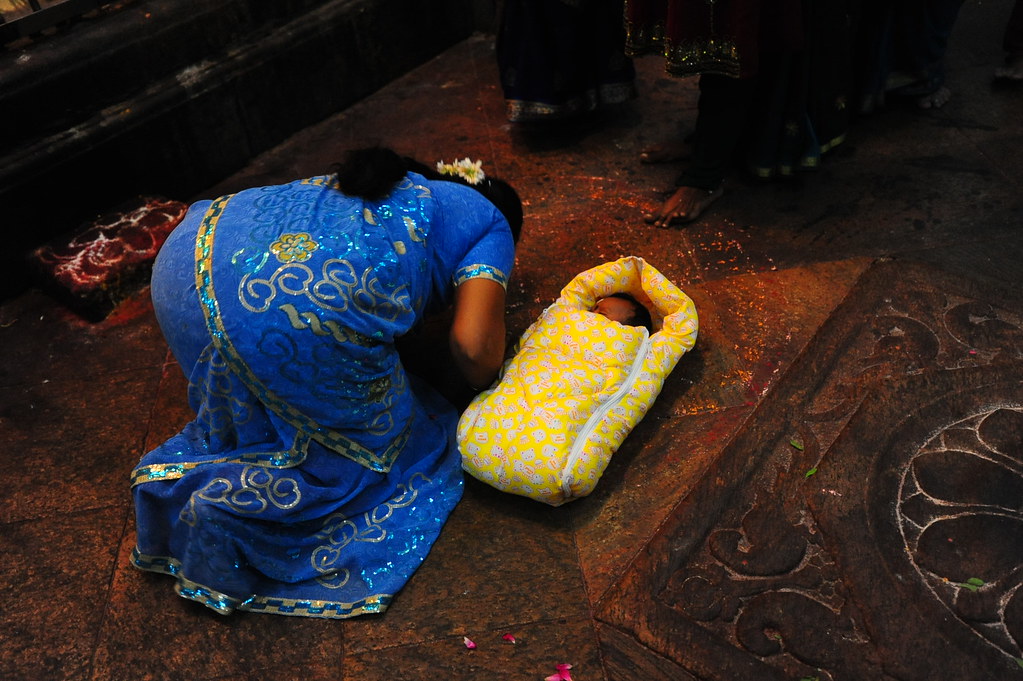 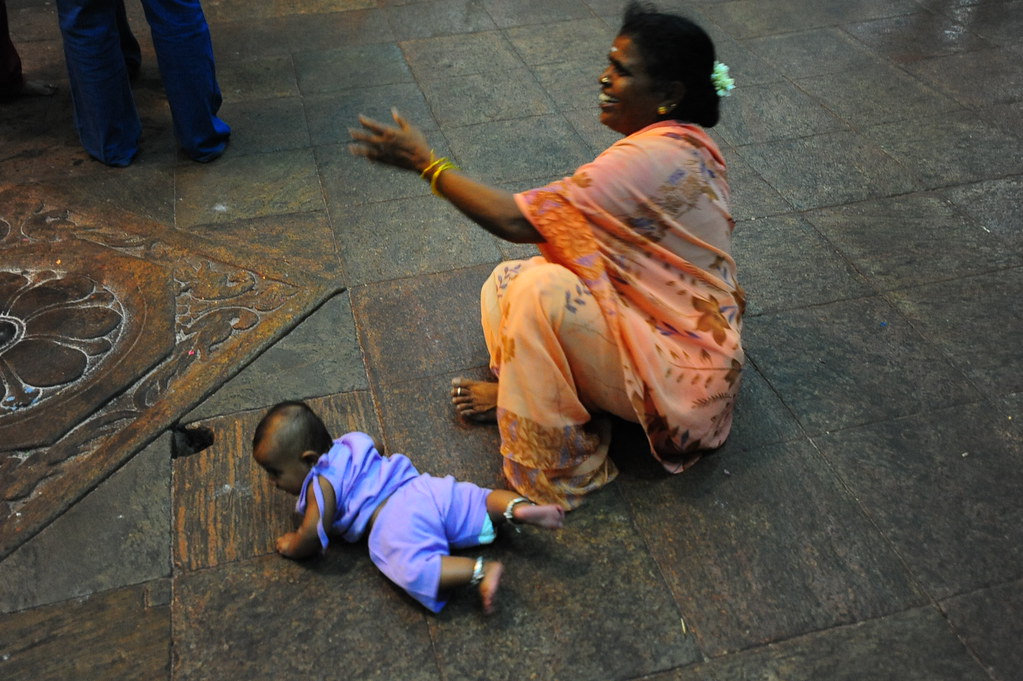 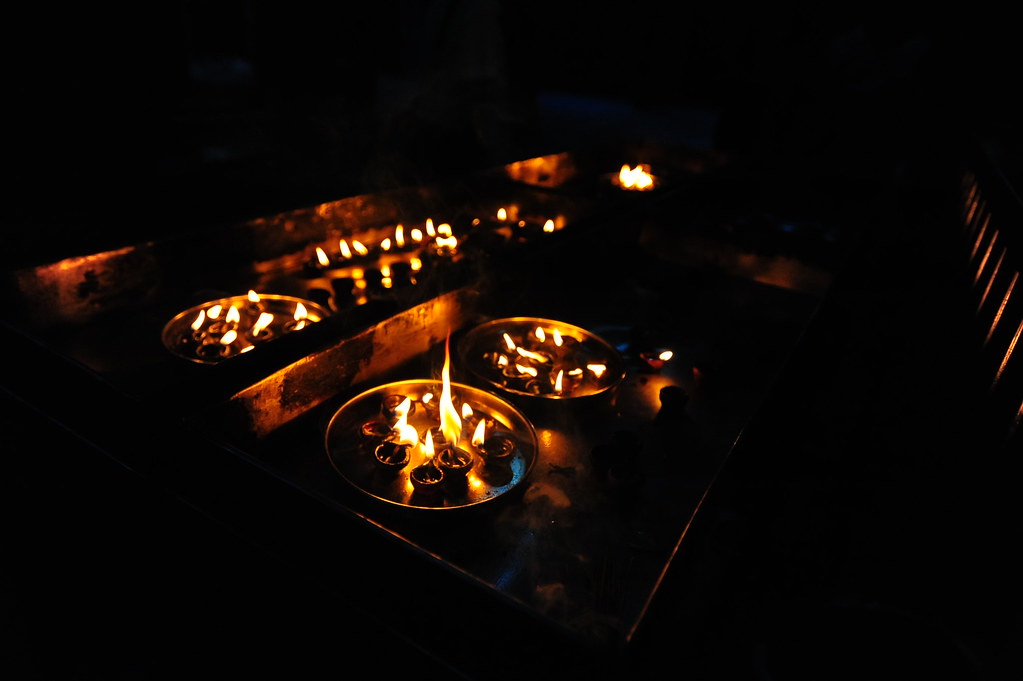 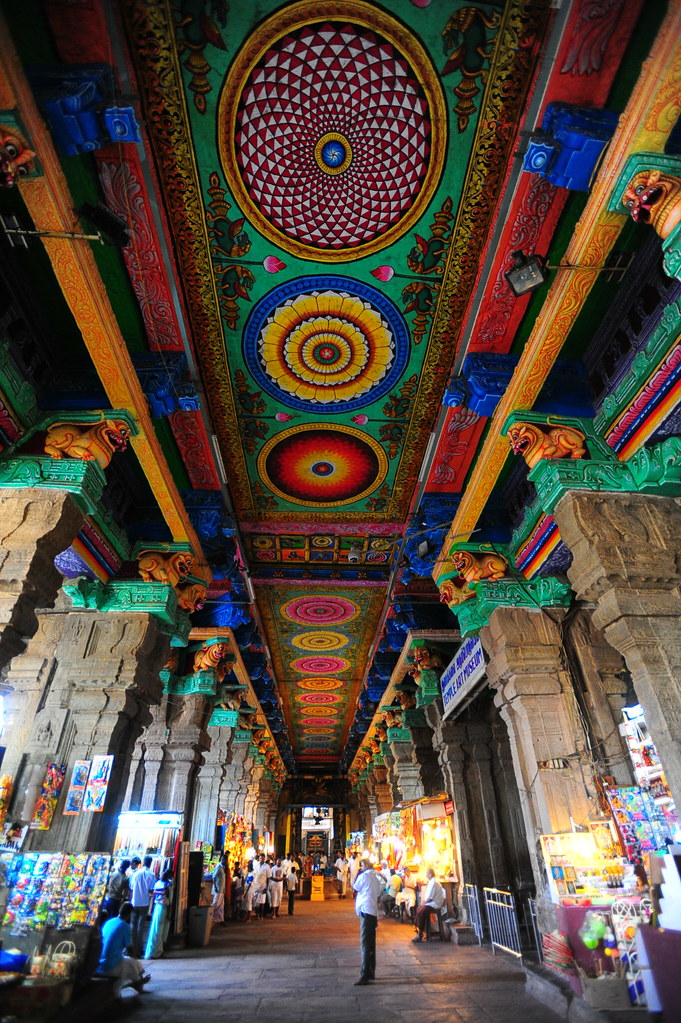 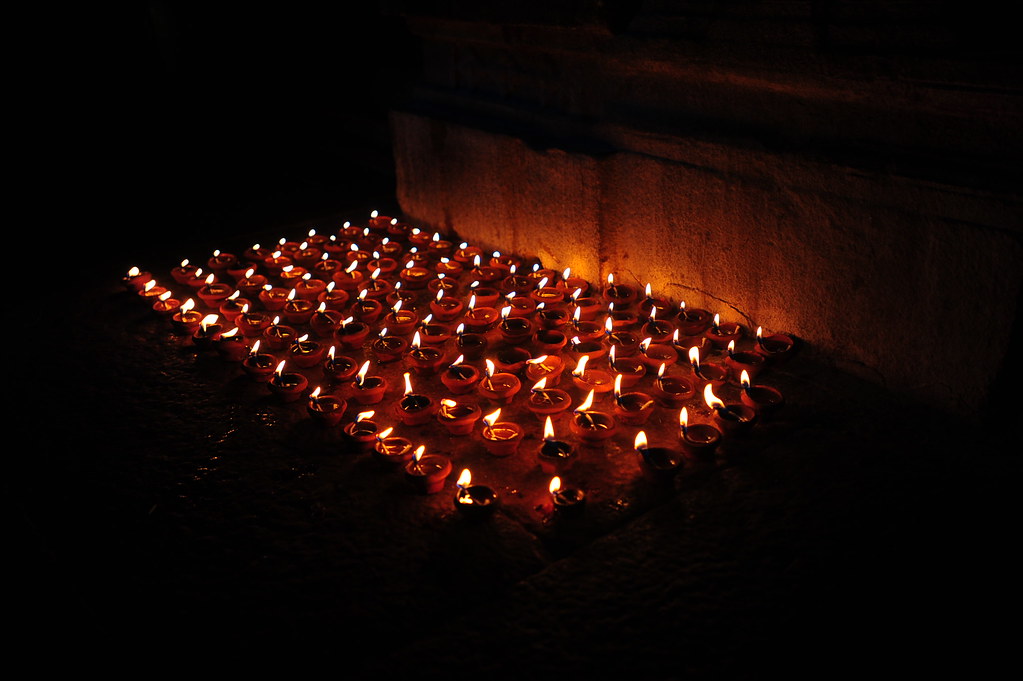 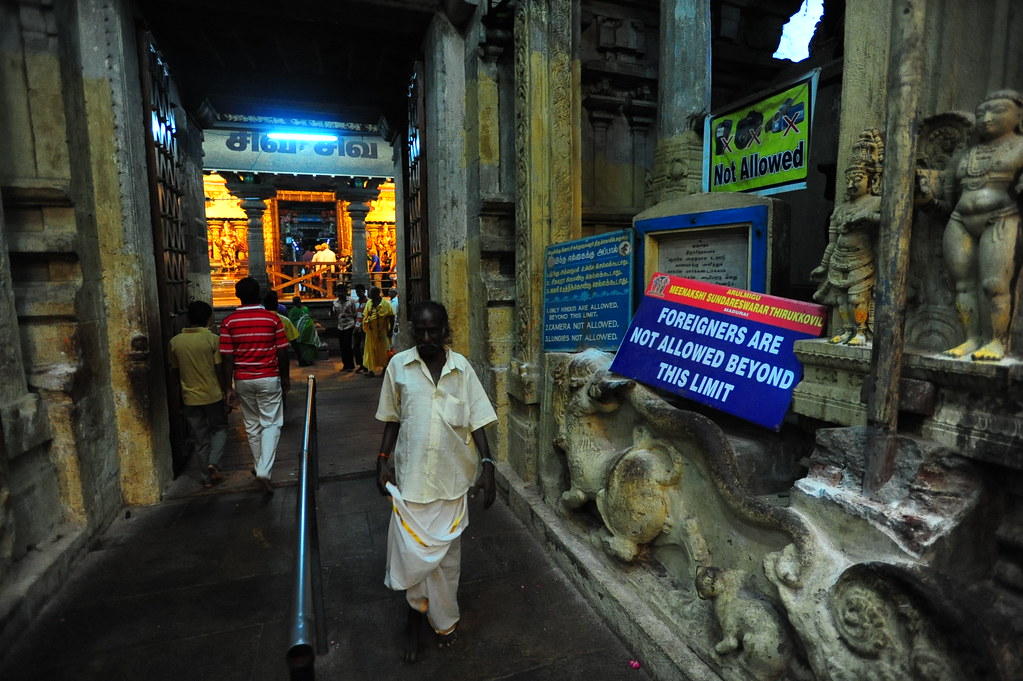 We also stumbled upon the Tirumilai Nayak Palace, which I recommend visiting at night for its eerie “blast from the plast” atmosphere, rather than for its cheesy nightly light-and-sound show every night at 6:45pm. 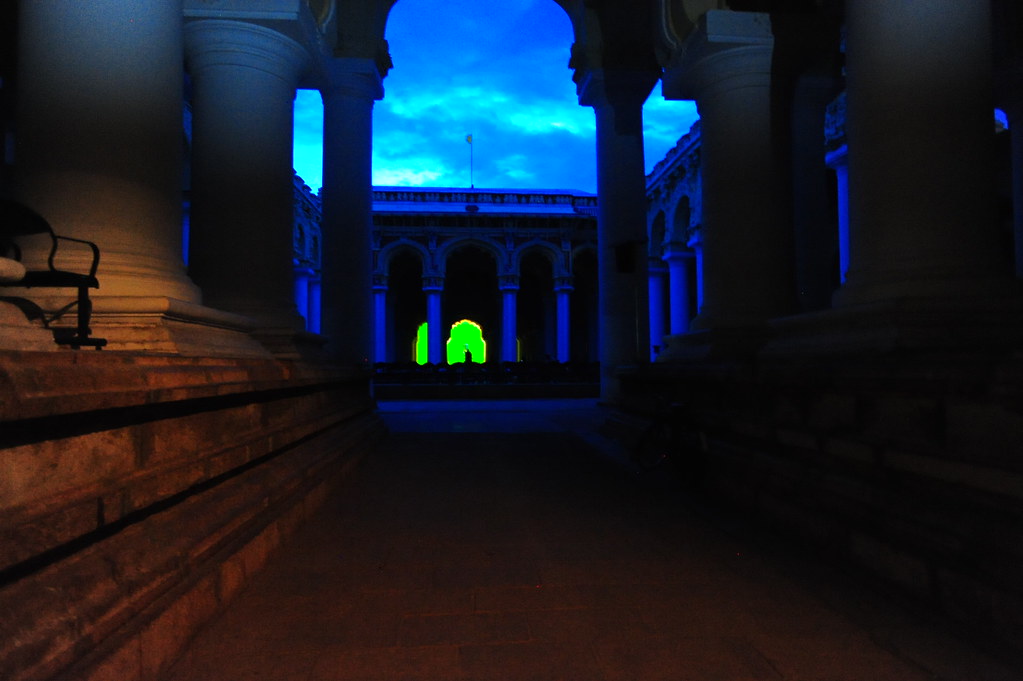 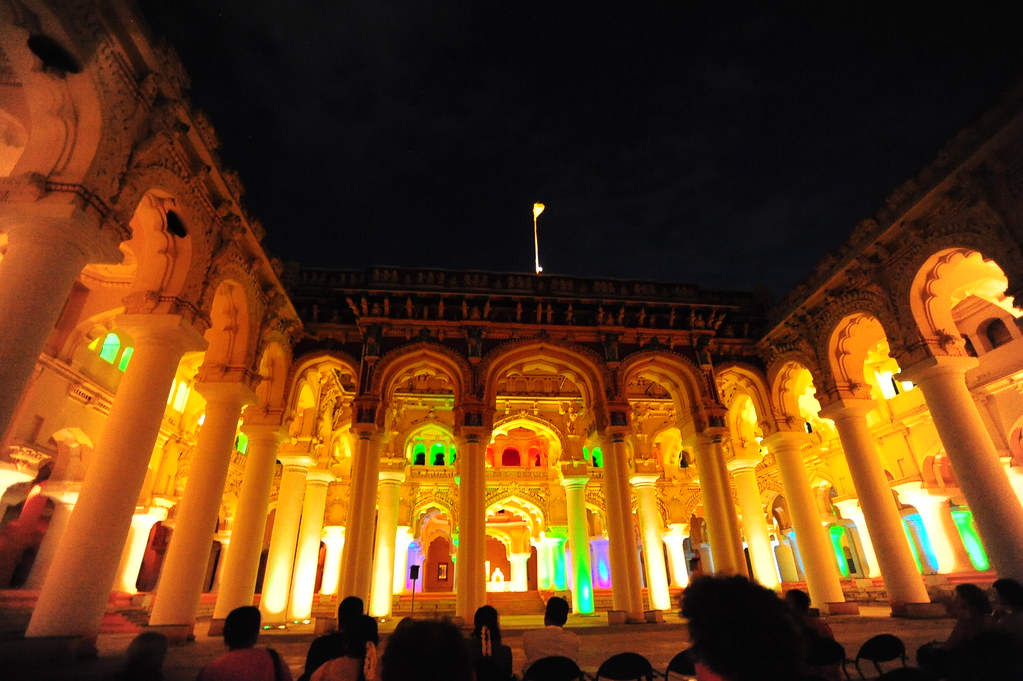 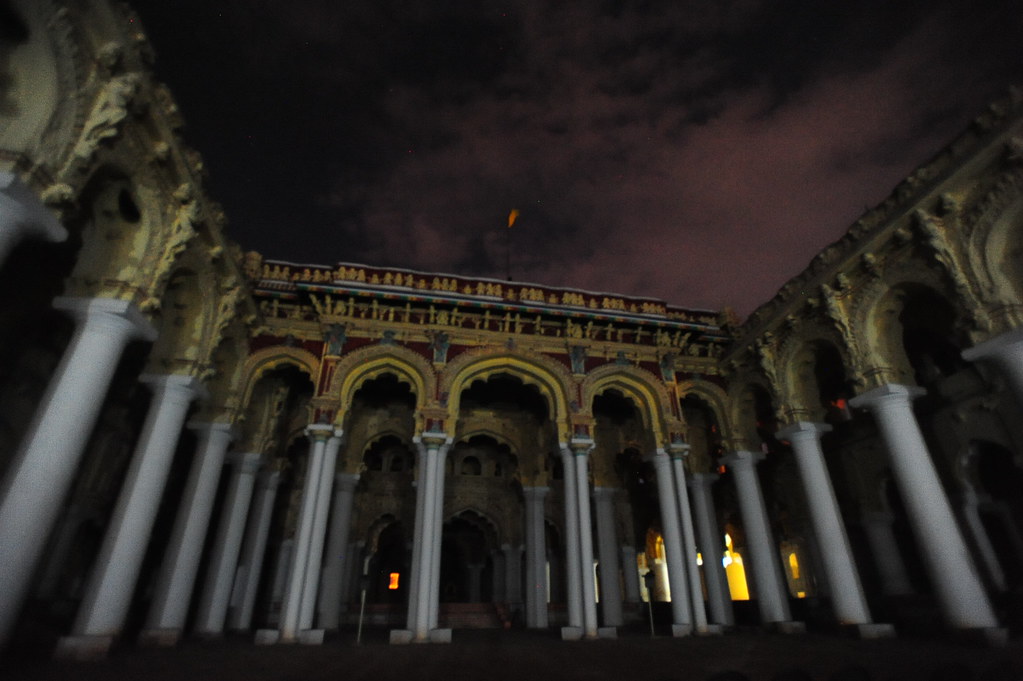 Afterwards we hopped on an overnight bus to Pondicherry (sleeper bus, 8 hours for 600 rupees), where we are right now. Pondicherry is quite pretty. Moreover, it’s unlike any other part of India, given that it was the only region occupied by the French during the British Raj.

So imagine French-speaking Indians, policemen wearing French tophats, ubiquitous croissants and walking down a beautiful vehicle-free promenade along the Bay of Bengal. Yeah, this is trippy. 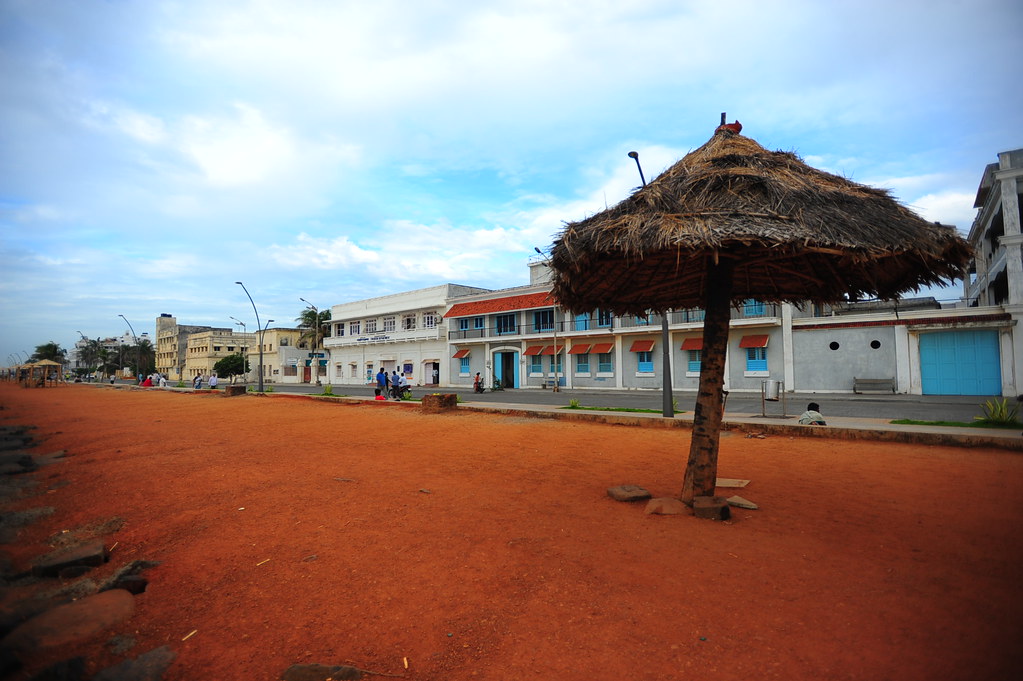 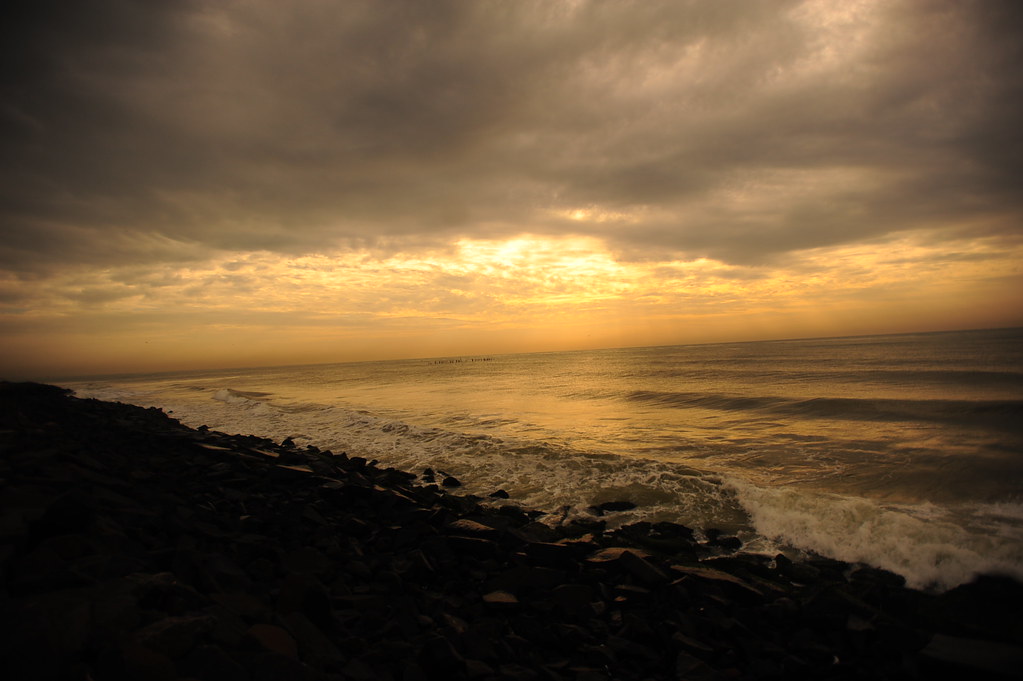 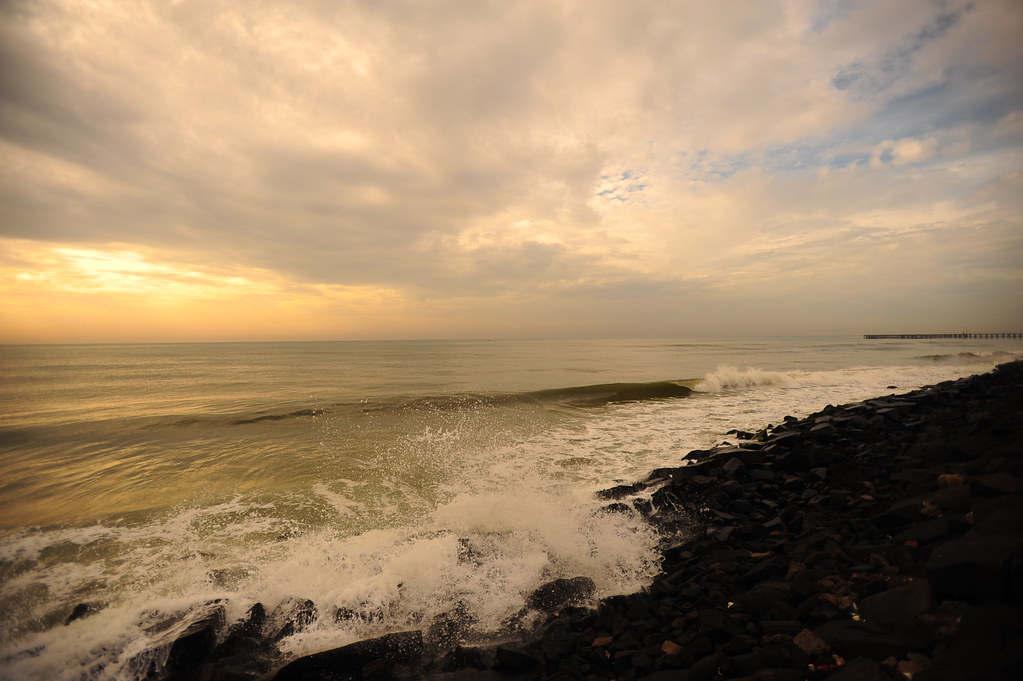 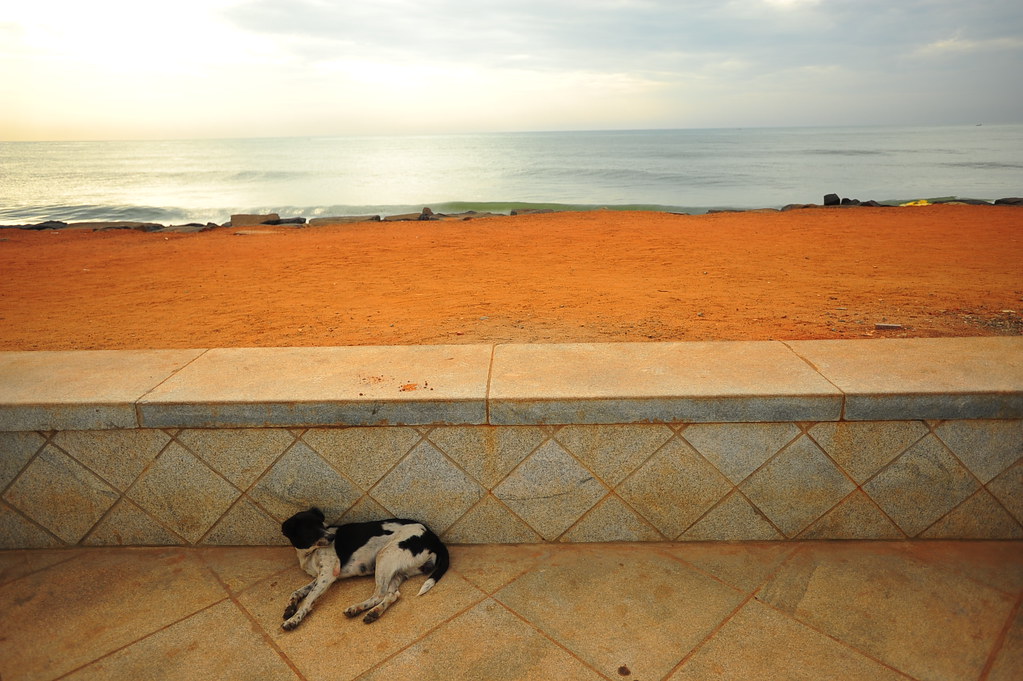 We then found Stephanie. Pictured below is right before I came up to her and yelled for her to give me all her money. 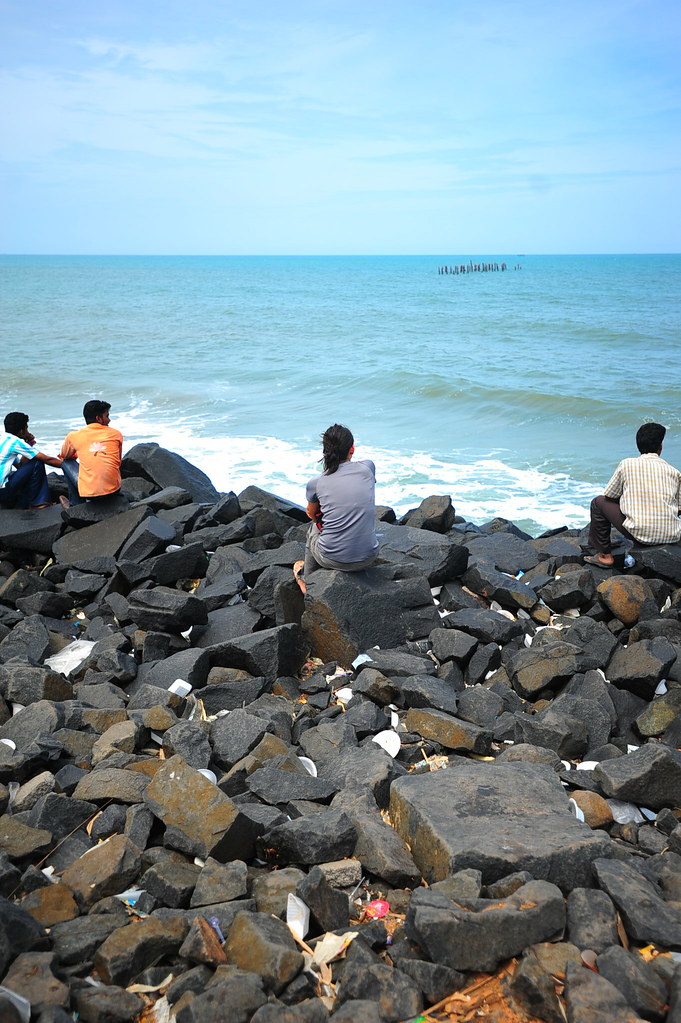 And what’s even trippier? A visit to Auroville:

an “experimental township”…meant to be a universal town where men and women of all countries are able to live in peace and progressive harmony, above all creeds, all politics and all nationalities. The purpose of Auroville is to realize human unity.”

In the inauguration ceremony attended by delegates of 124 nations on 28 February 1968, The Mother gave Auroville its 4-point Charter setting forth her vision of Integral living:

The Mother repeatedly warned against the danger of Auroville falling under the control of Government of India, which eventually did happen a few years after her death, following a long conflict between Aurovilians and the Sri Aurobindo Society.

The wikipedia entry pretty much repeats everything Auroville’s visitor center says. Auroville is about a 20minute (12km) rickshaw ride from Pondicherry, costing about 500 rupees total for a drop-off, wait and return trip.

It was quite serene and not as unfriendly as the guidebooks make it out to seem (although it’s probably because everyone was ignoring us and I prefer that, coming from NYC and all) and it seems that the town strives to be self-sustainable in its recycling, regrowing forests, making water from microwave energy from the sun, and being powered by solar energy. 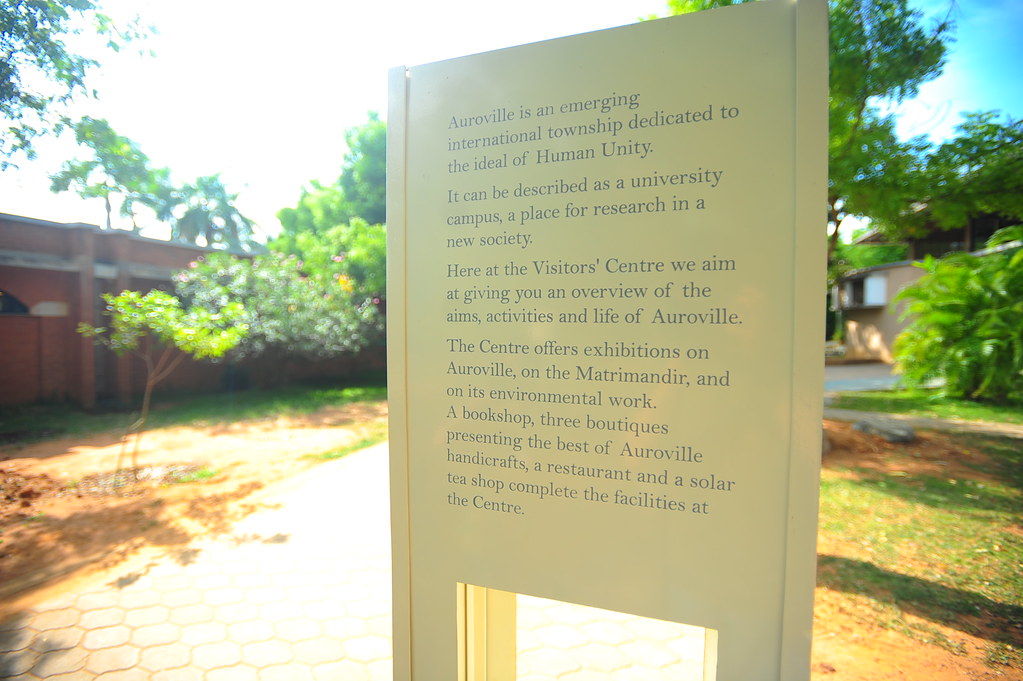 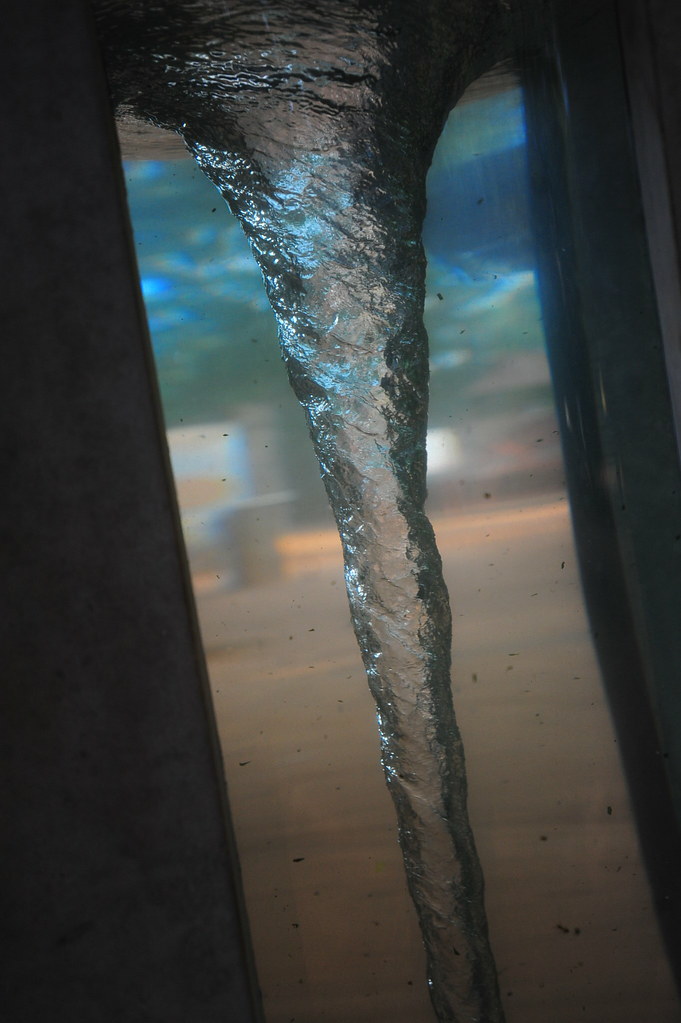 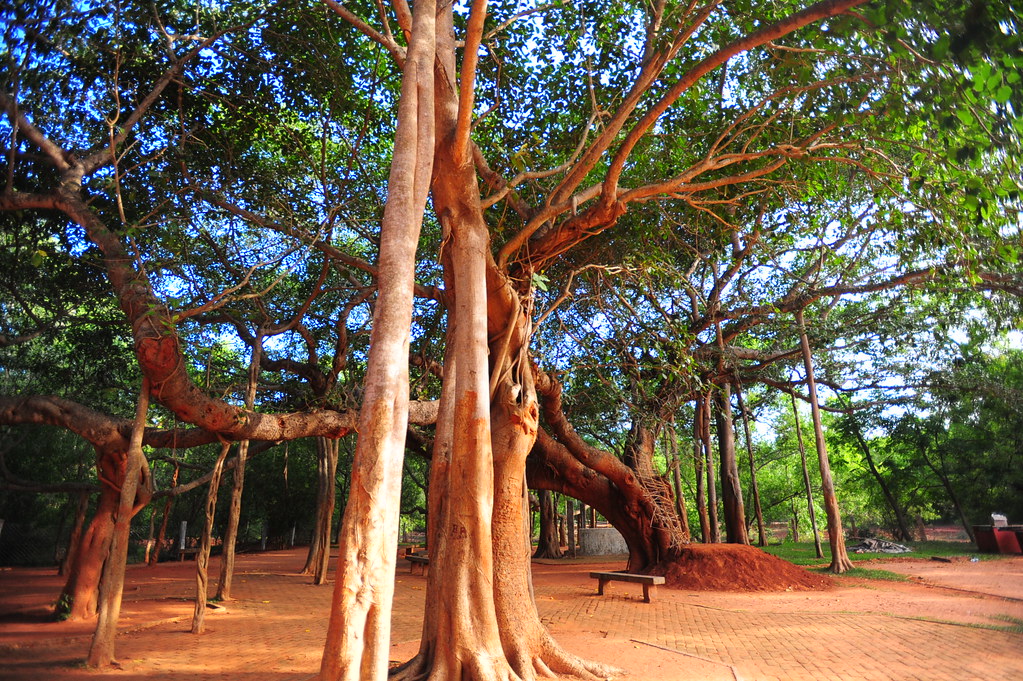 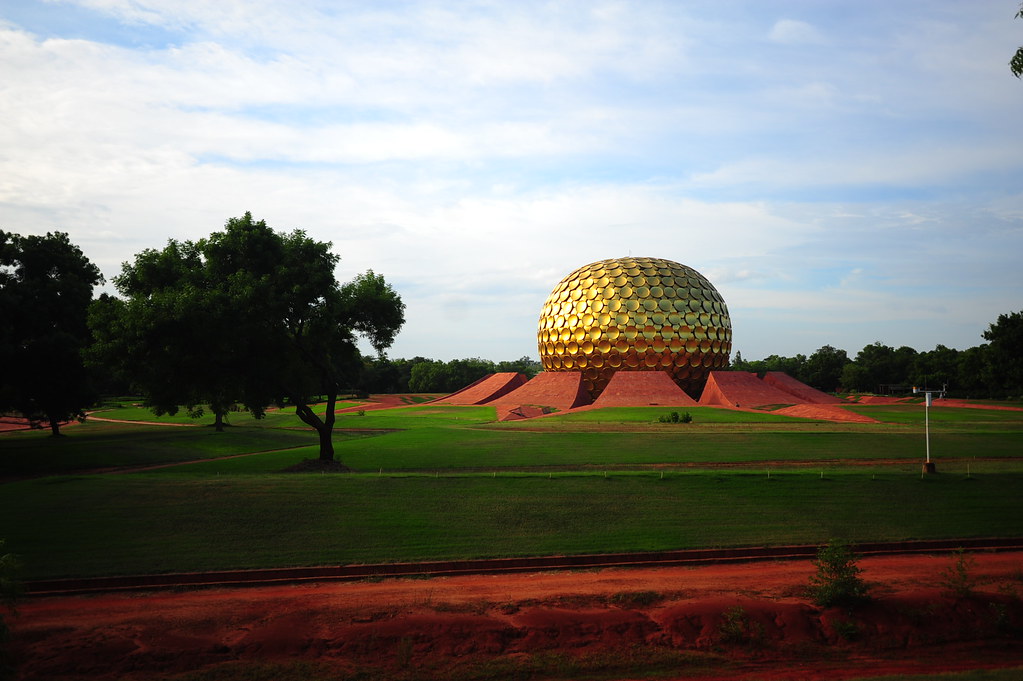 The Matrimandir, the soul of Auroville. 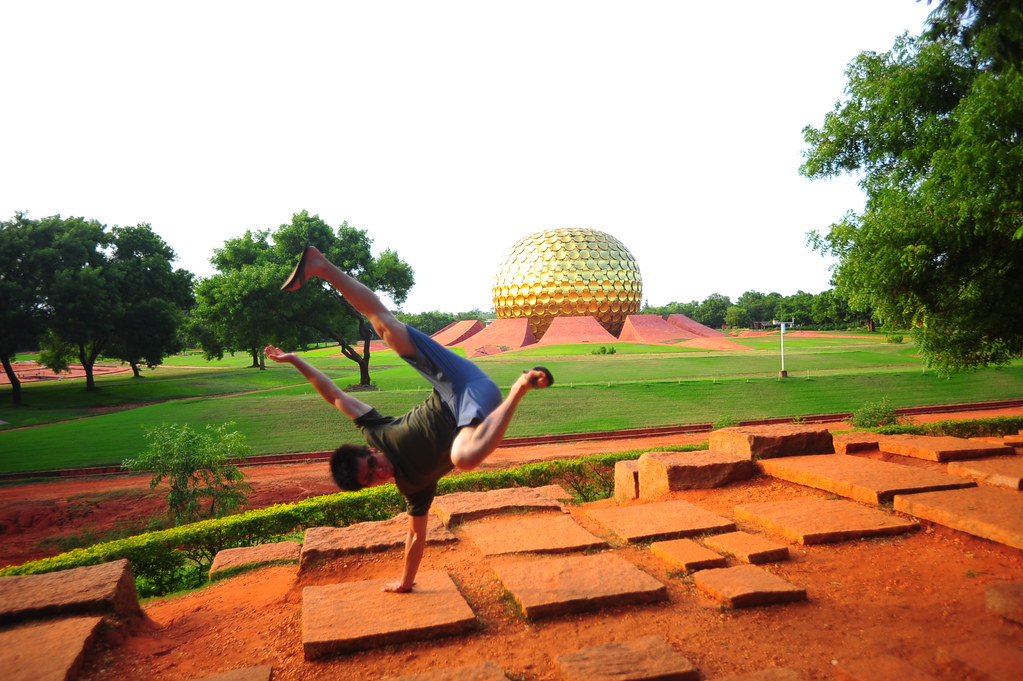 The Matrimandir just got served. 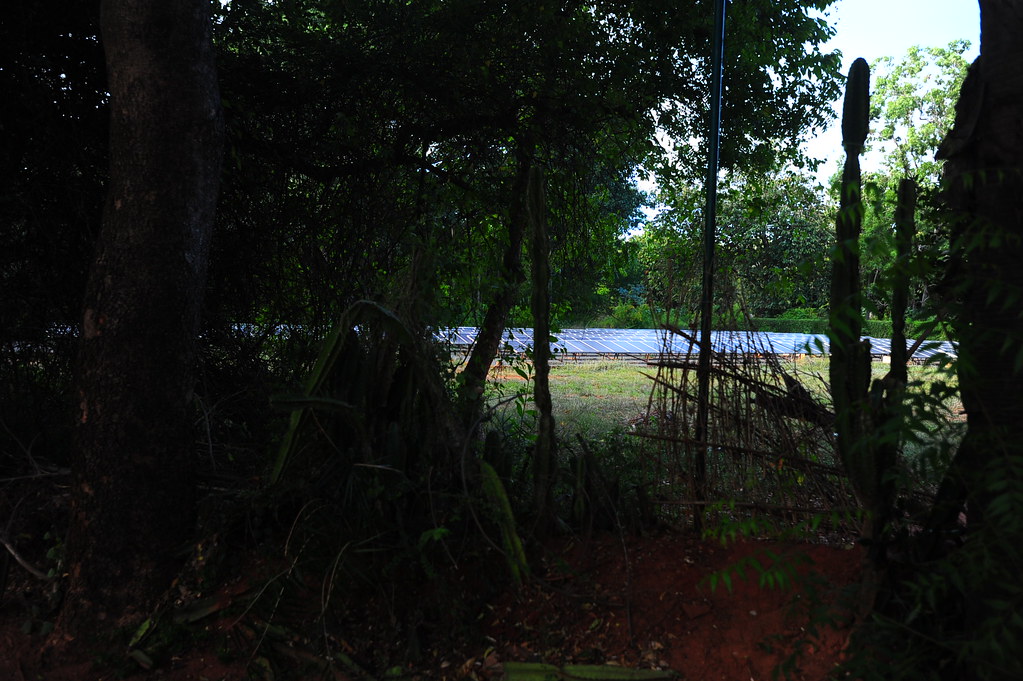 Overall, a very interesting, unique experience to have in India.

I also just realized that the closest I would come to death on this trip wouldn’t be a riot in the Middle East, or getting lost in a jungle, or falling off a cliff, but rather waiting in line to watch Harry Potter while under a giant Banyan tree while in Mumbai. I just found out that we got inside the theater at 8:35pm. The tree collapsed in front of the theater at 8:45pm. This could’ve been us. 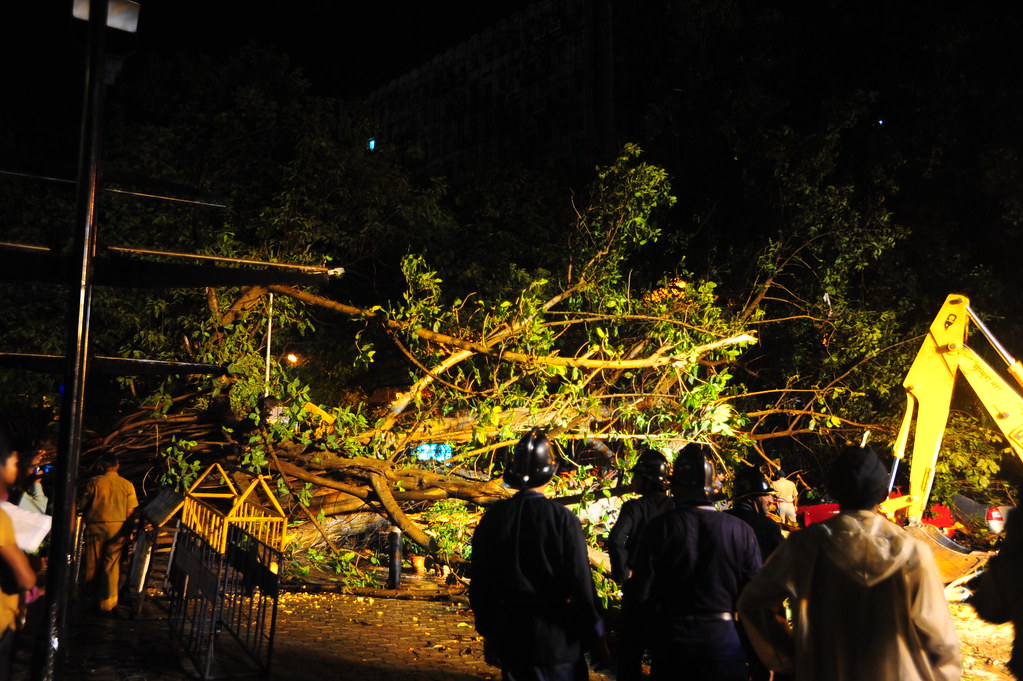