What riding the Metro helped debunk: There’s no way that they could pay so many actors to pretend everything is peachy; if they were hiding anything, it would have been more cost-effective to leave this out of the tour in the first place. So people really do use the Metro on a normal, everyday basis. It’s legit. Throw that conspiracy theory out the door. 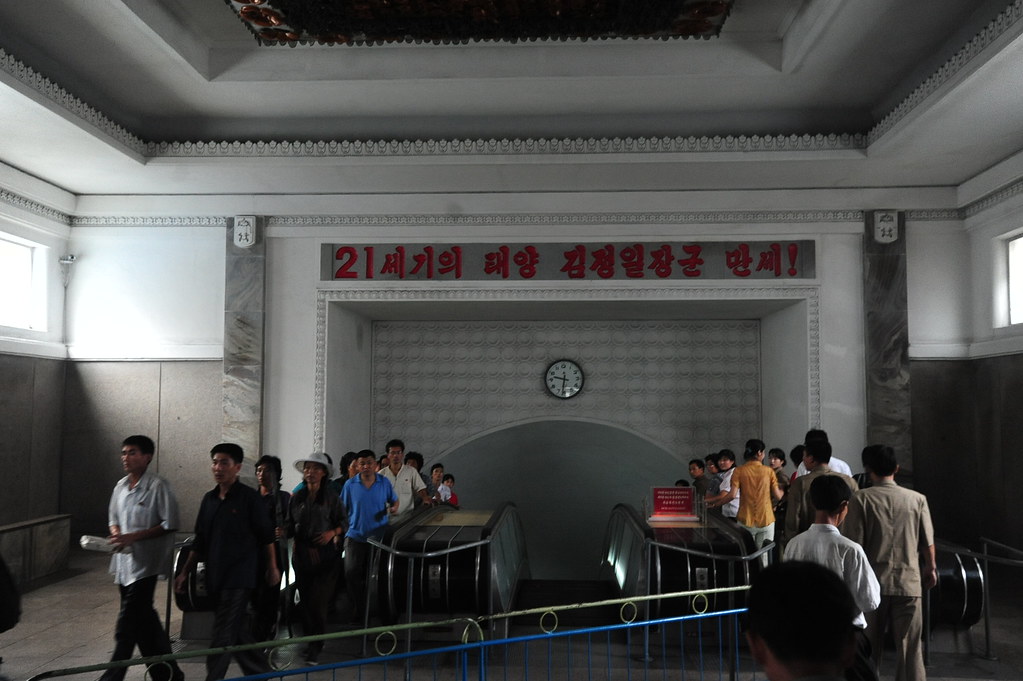 In all seriousness, we were only allowed to ride 1 stop on the metro, which still compelled us to wonder what they could be hiding. According to a BBC reporter who got to freely explore Pyongyang a few years ago, he said he only found time warped old East German cars in their original East German graffiti while the tourists rode on repainted, more “modern” looking trains. But really, let’s not complain here: imagine NYC letting a guided tour group ride the subway for free (then again, tourists in NYC have the freedom to go anywhere on their own).

We also did get to appreciate how the Pyongyang Metro has the distinction of being the deepest metro in the world at 110 meters. 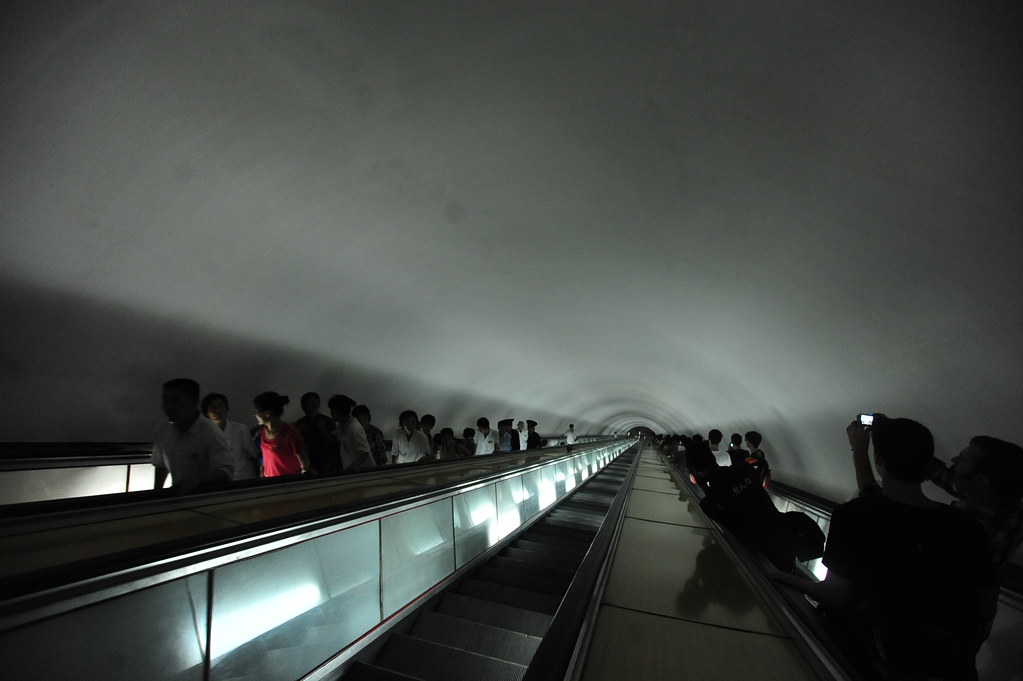 This escalator ride lasted about 5 minutes.

The idea of the Pyongyang Metro is to mimic the motif of the metro systems of other communist countries like Russia’s: they are incredibly deep with long distances separating stations, and can act as bomb shelters (nuclear bunkers) in times of war. The names of the stations also don’t reflect specific locations; instead they’re named after inspiring “themes” related to the North Korean identity (i.e. Glory, Revitalization, Triumph, etc.). 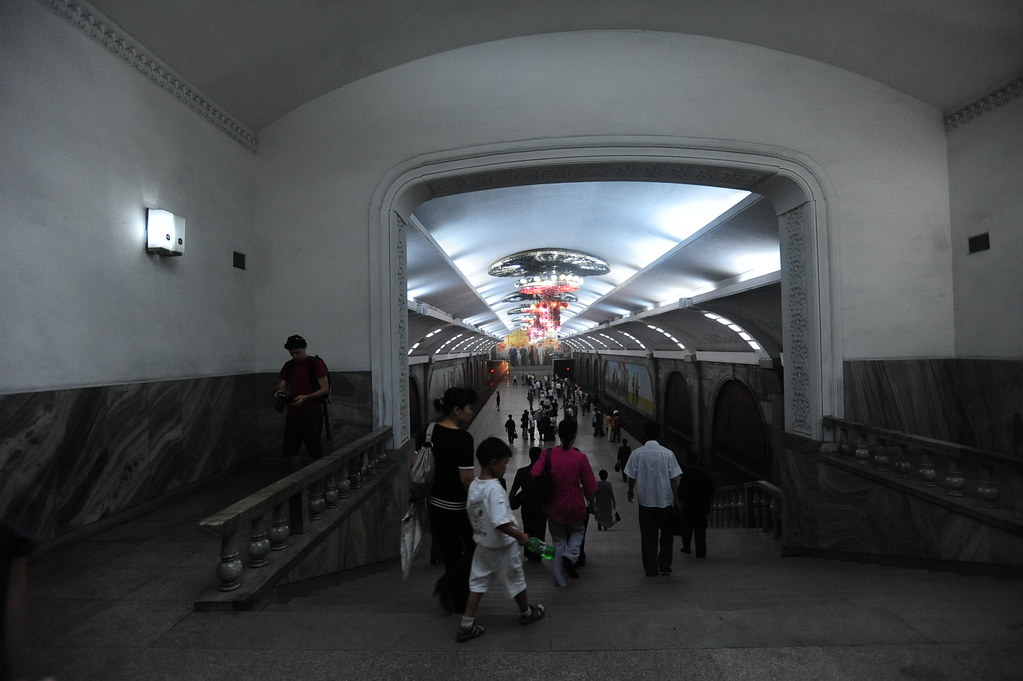 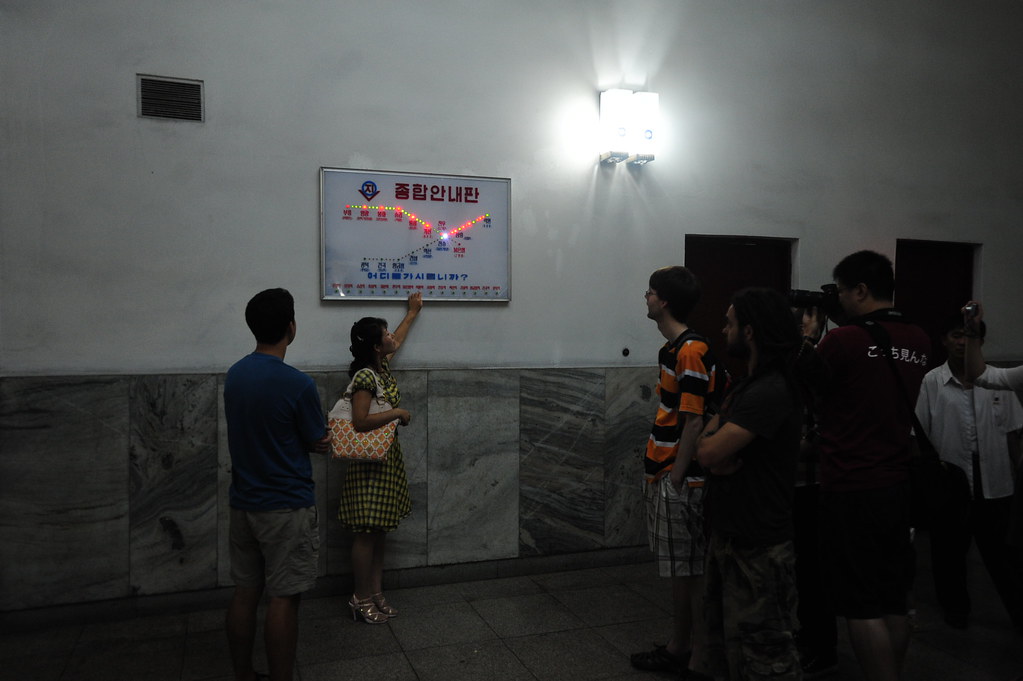 A map of the metro. 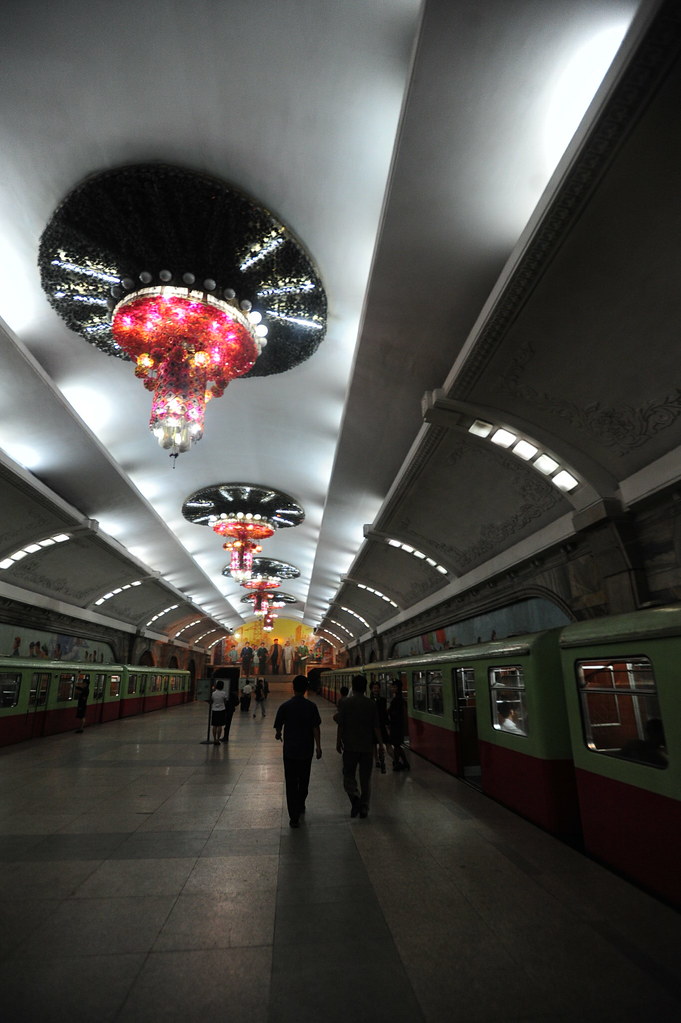 Of course, the big selling point of the Pyongyang metro were the decorative murals meant to inspire the North Korean commuter on his or her way to work. 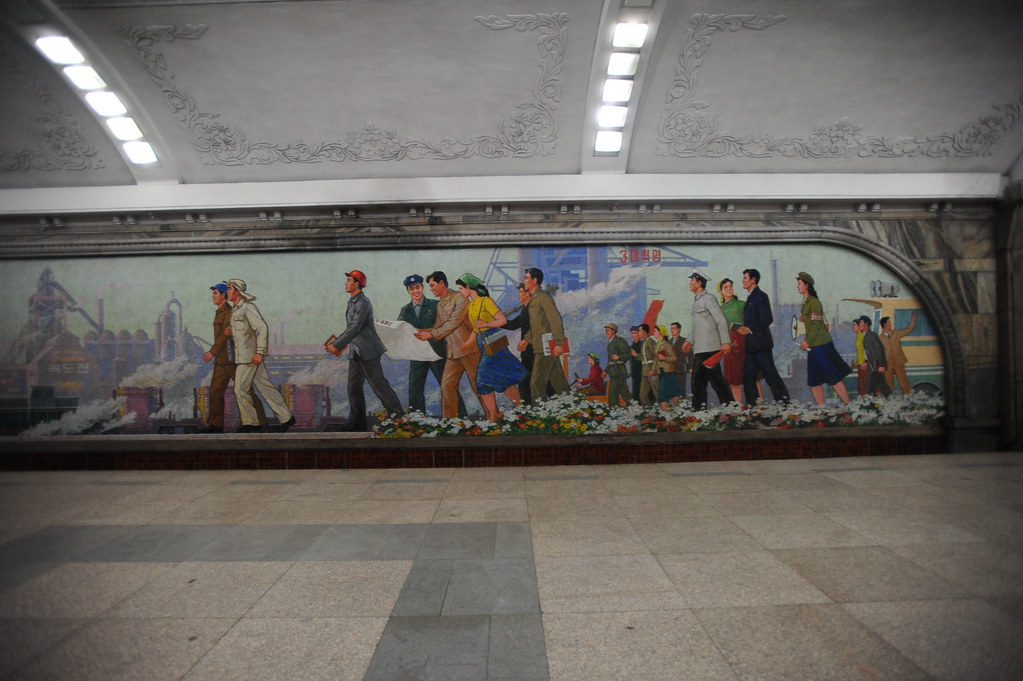 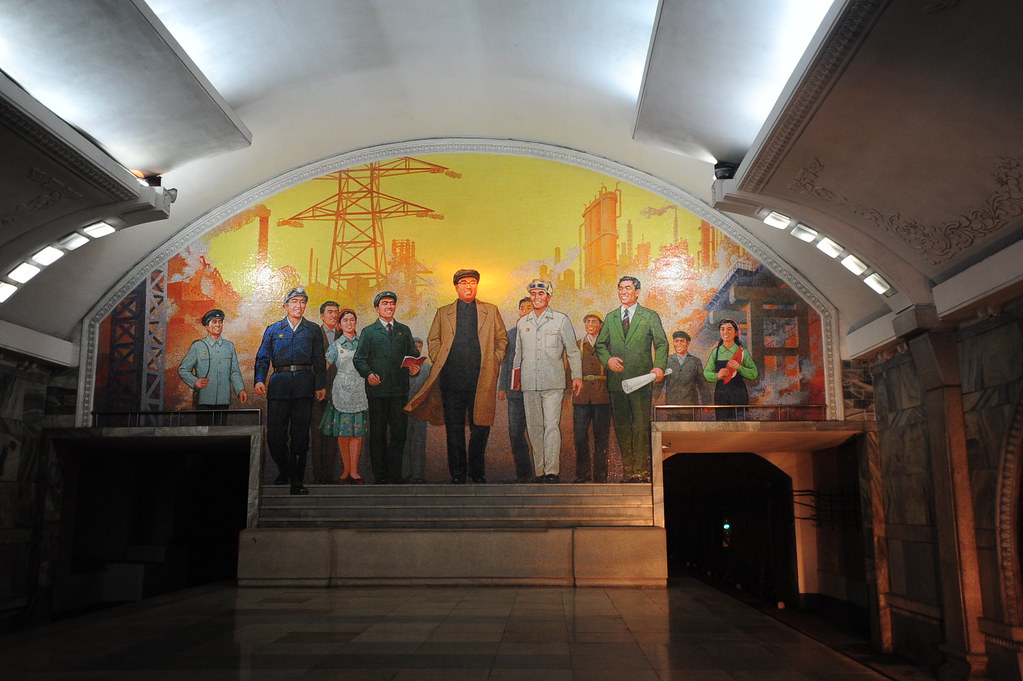 And then we got on the Metro. We were not immune to the ubiquitous number of staring we got from the locals. 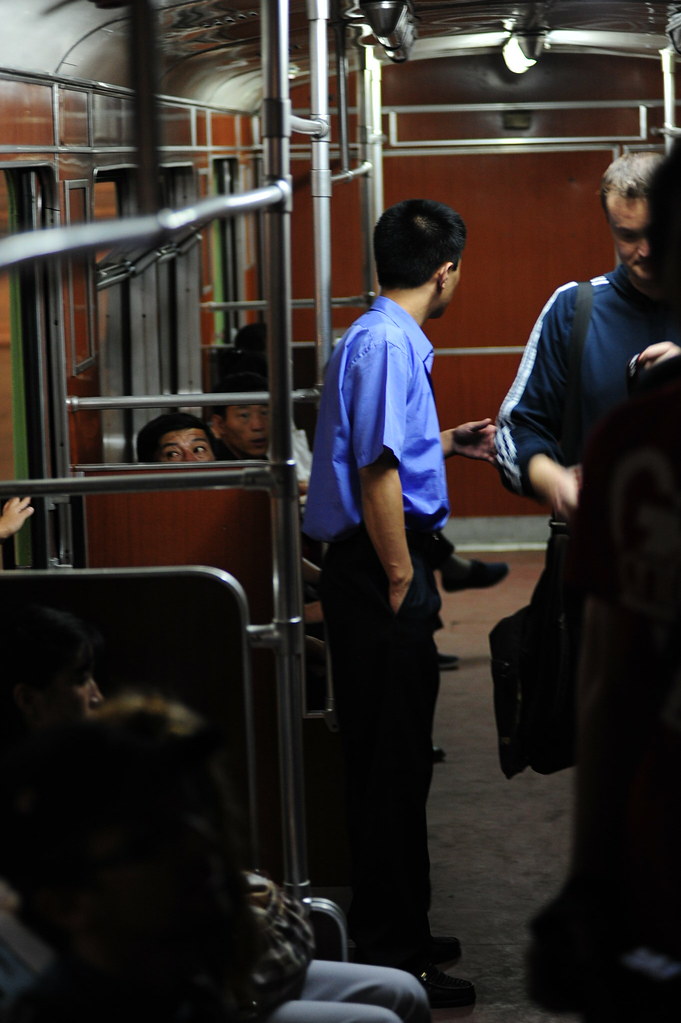 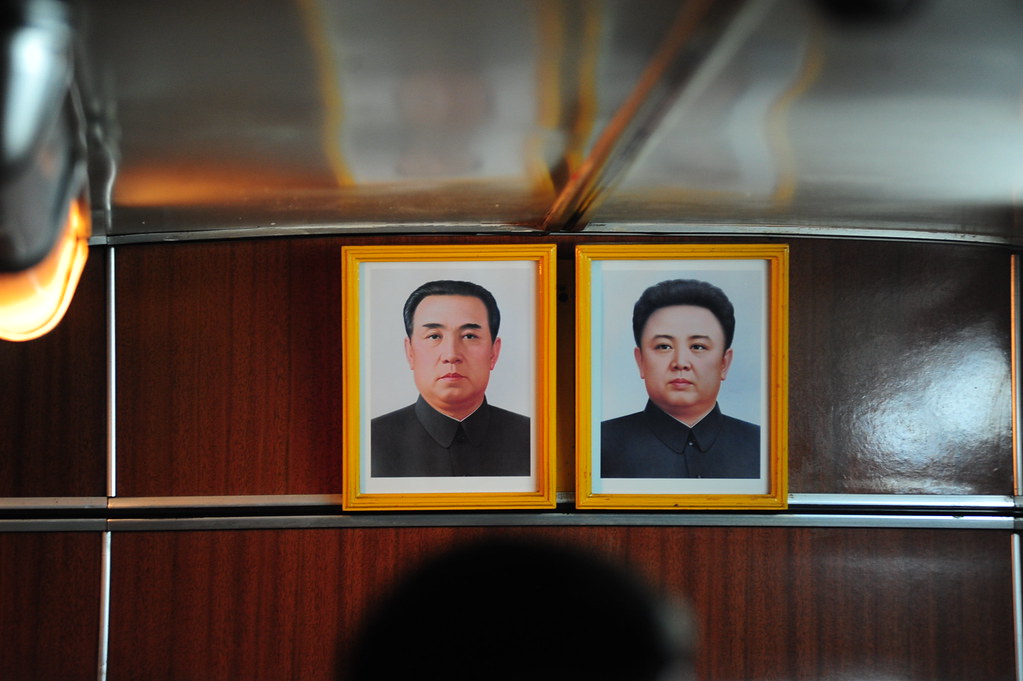 We saw these pictures of Eternal Leader and Current Leader everywhere. 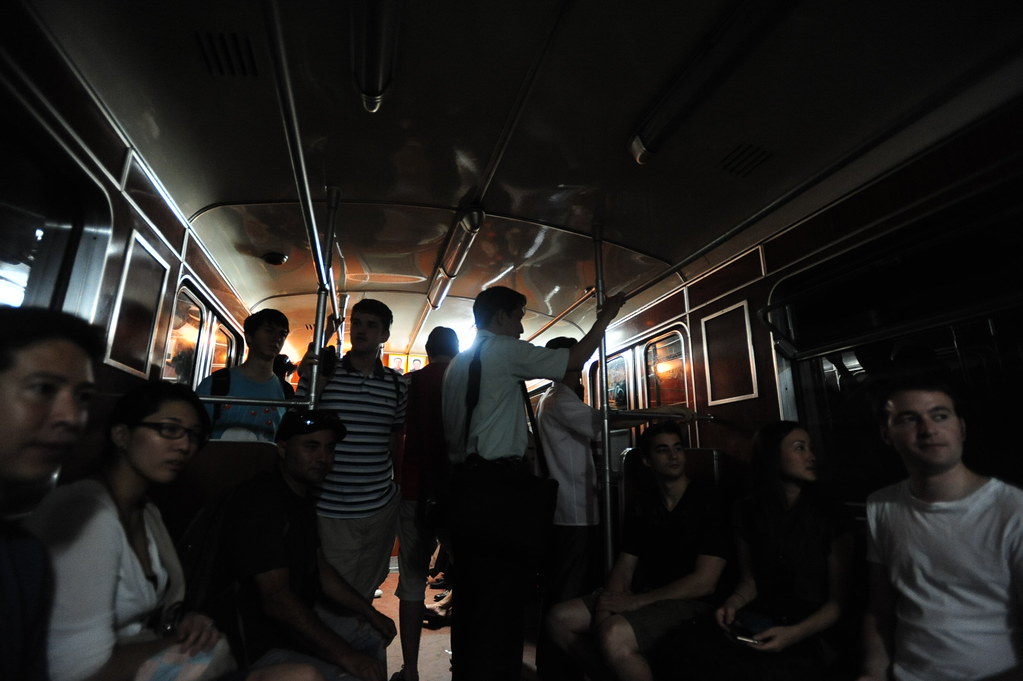 After a long 6 minute ride, we arrived at Yonggwang station, which happened to be a little prettier. 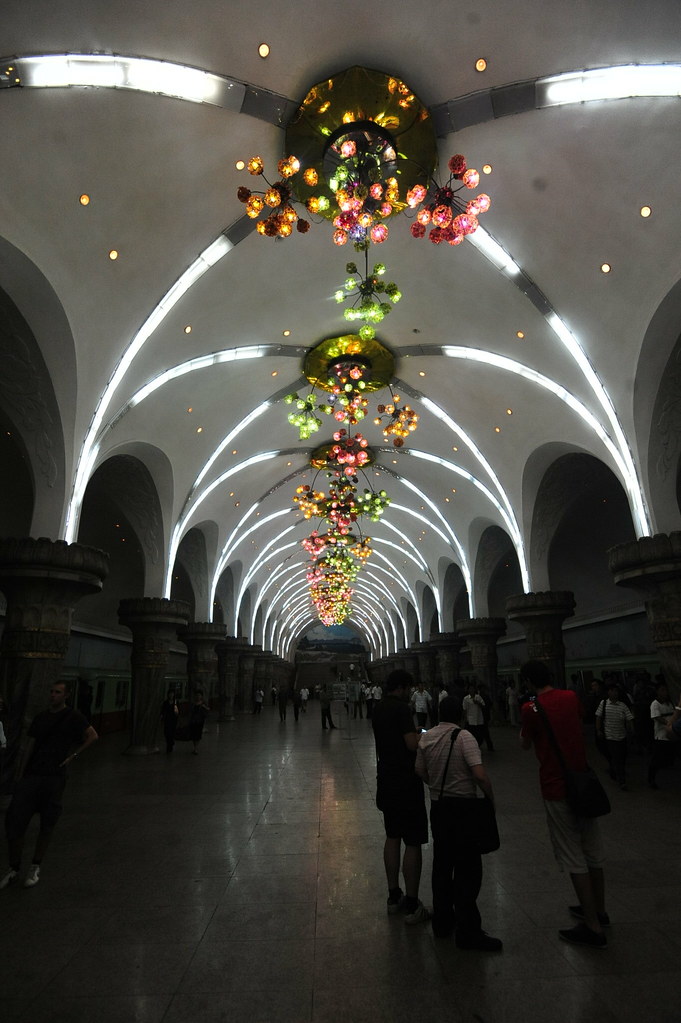 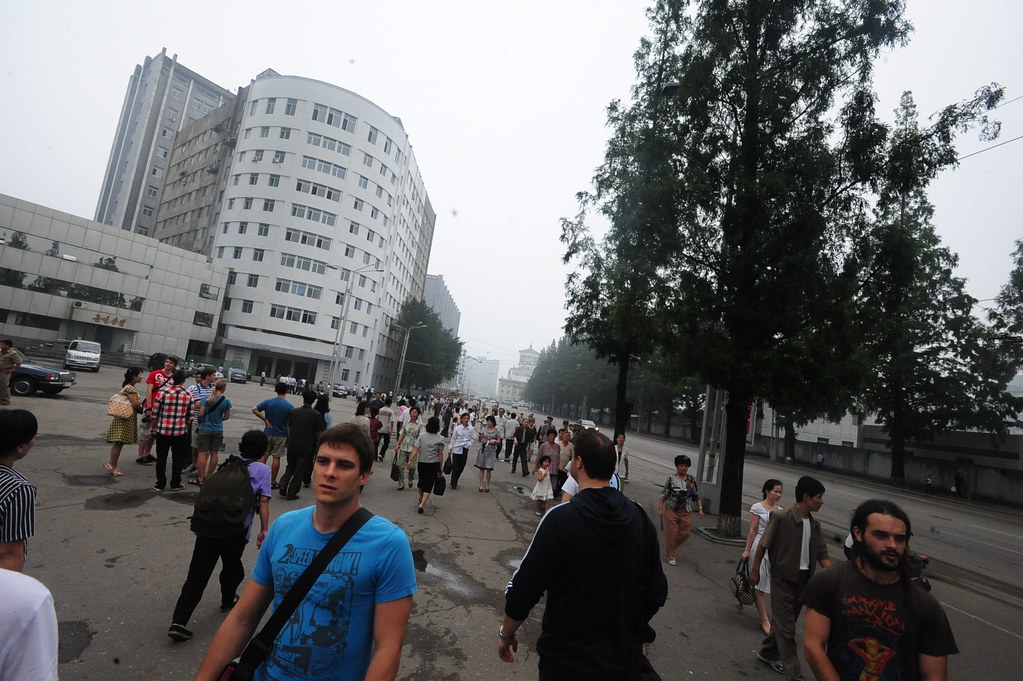 Coming out of the station.

When we got outside, we felt a little off kilter; even though it looked, acted, and seemed like any other normal metro system, we felt like a simple act like riding the Pyongyang Metro made us a part of something that 99.9% of the world never and probably will never get to experience. It was the atmosphere of the whole place that seemed unreal, like another dimension within another dimension.

But then we got to Central Pyongyang.