Respect For The Dead / Sneaking Around The U.S. Embassy of 1979 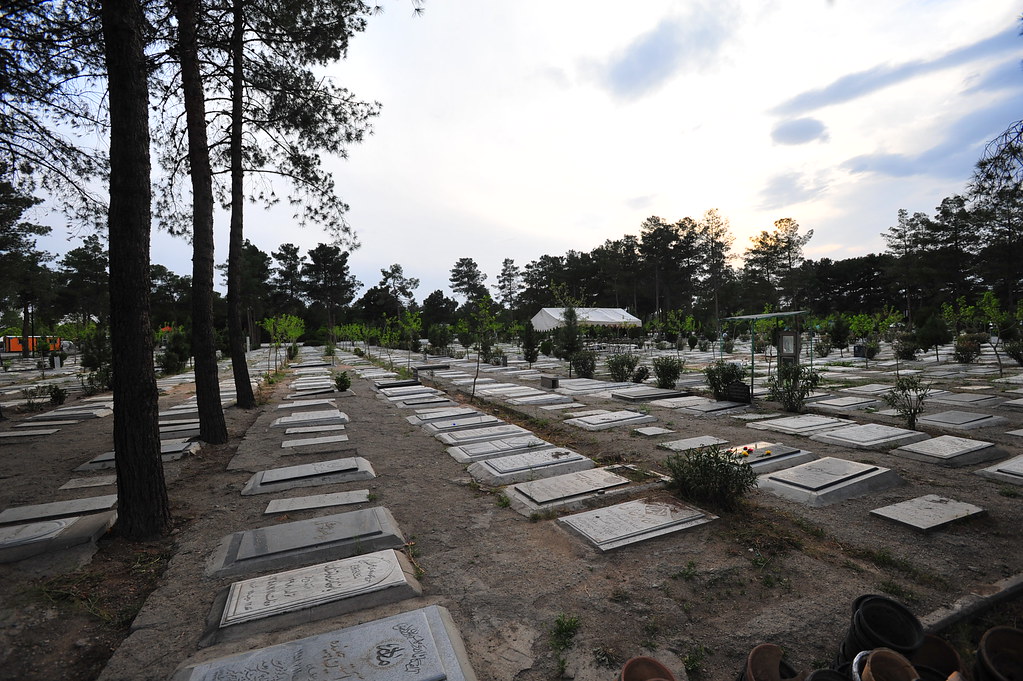 We approach the mauseoleum of Ayatollah Khomeini with caution. If there’s anything I learned when I visited the mauseoleum of Kim Il-Sung in North Korea, it’s that you do not screw around when it comes to visiting the grave of the present country’s revered cult of personality. And if you’re of the nationality that this particular cult of personality railed against throughout most of his lifetime, you should take extra precaution in how you behave. Failure to do so may lead to an international incident.

When I walked up to the armed security guards that were about to pat me down, and replied that I was an American when they asked where I came from, they took another look at me. And then they let me pass without a fuss: No patting me down, no checking in my iPhone, no asking what was in my pockets like they did with even the locals ahead of me.

I may have looked confused because they immediately smiled at me and reassured me: “Please know that we respect Americans. You may go ahead.”

I think that exchange enough speaks for itself. 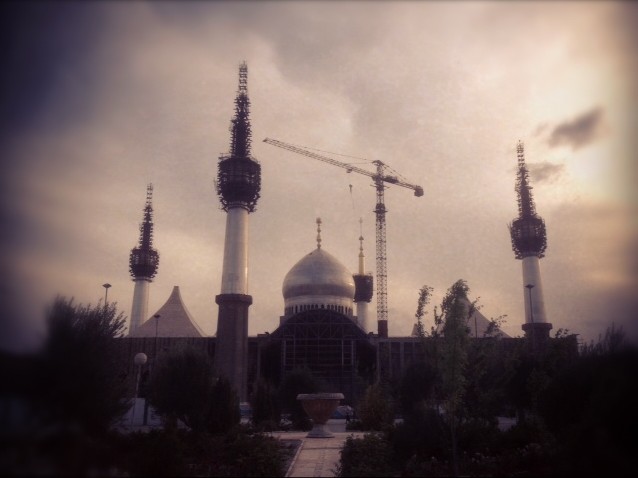 The Mausoleum of Ayatollah Khomeini

Hours later, I’m in in the “Martyr’s Cemetery”. Miles and miles of graves crowd into the horizon; all of them belong to children, young adults, rarely anyone over the age of 25. All of them belong to those who fought in the Iraq-Iran war, a brutal conflict that recalled World War I trench-warfare and indiscriminate use of chemical weapons. The memories of the massacre still brings out mothers, fathers, brothers, sisters, cousins and friends, paying their respects by offering sweets and then offering us these sweets when their mourning is over. But then tomorrow comes and the mourning is never over.

The Iranian reverence for sacrifice and martyrdom is apparent here. 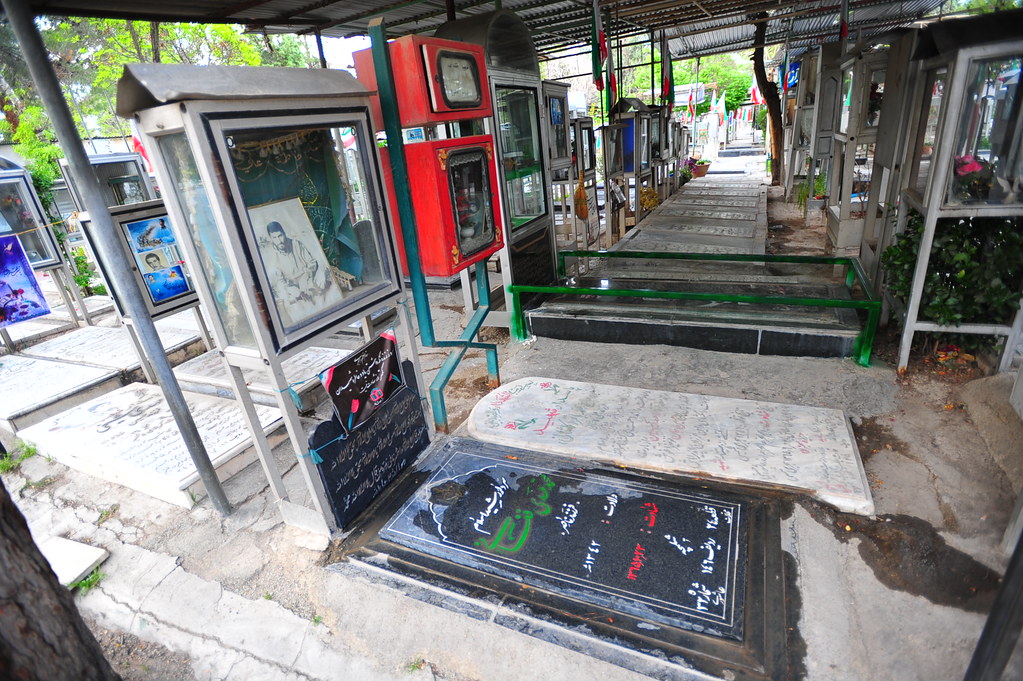 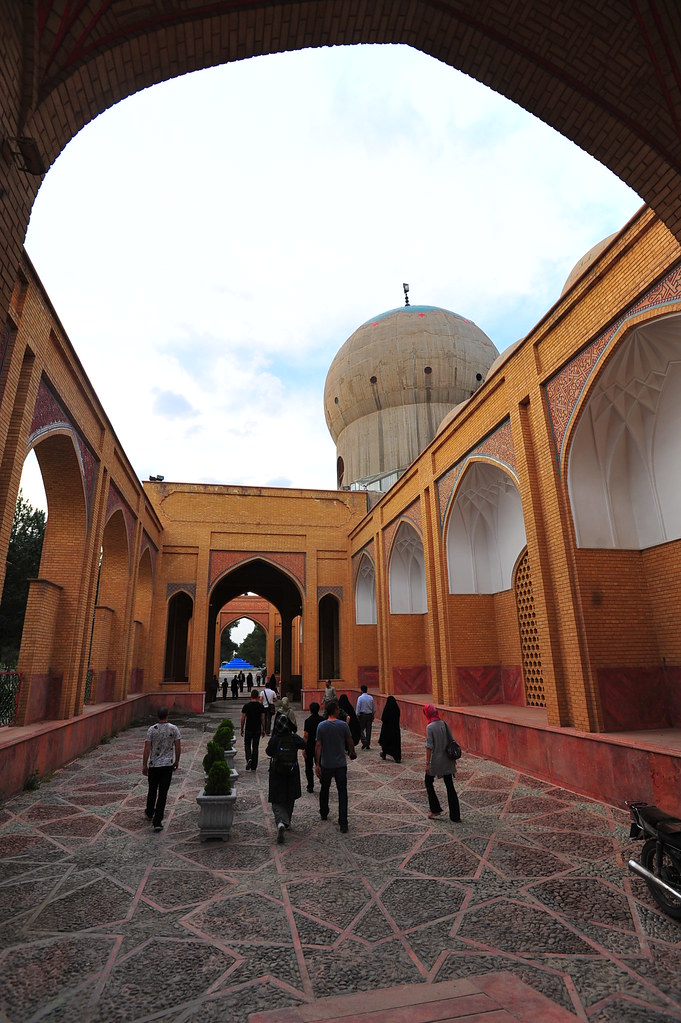 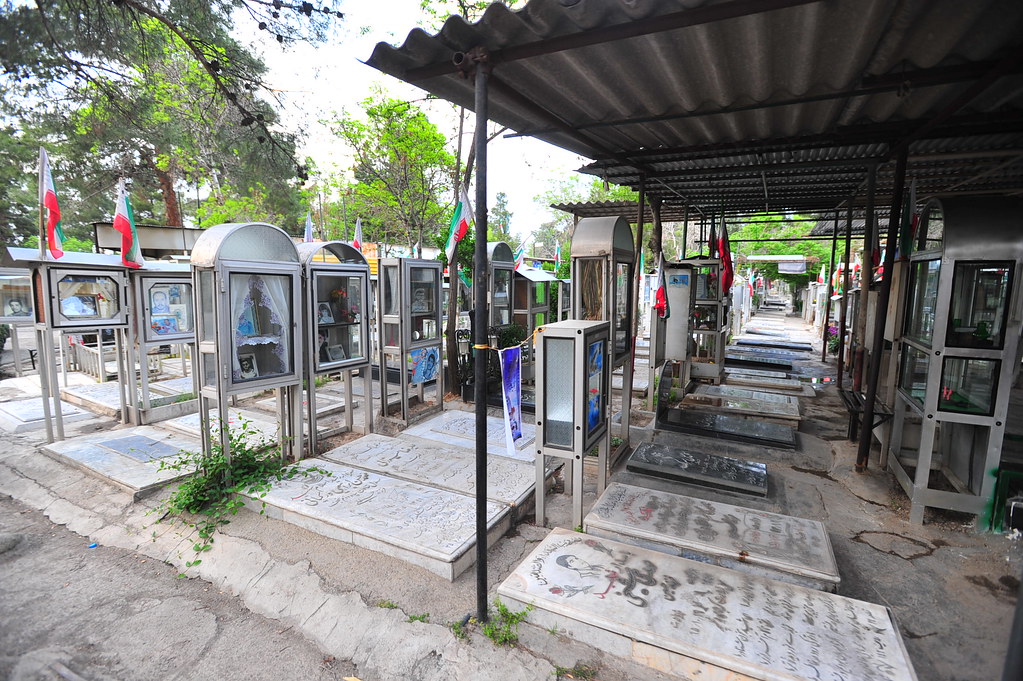 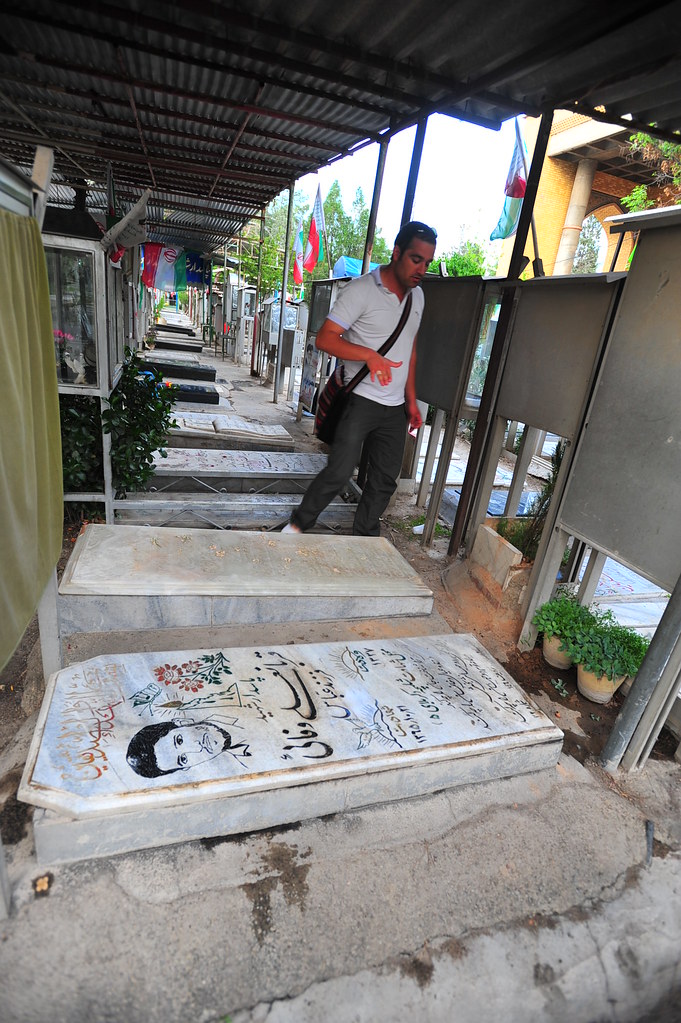 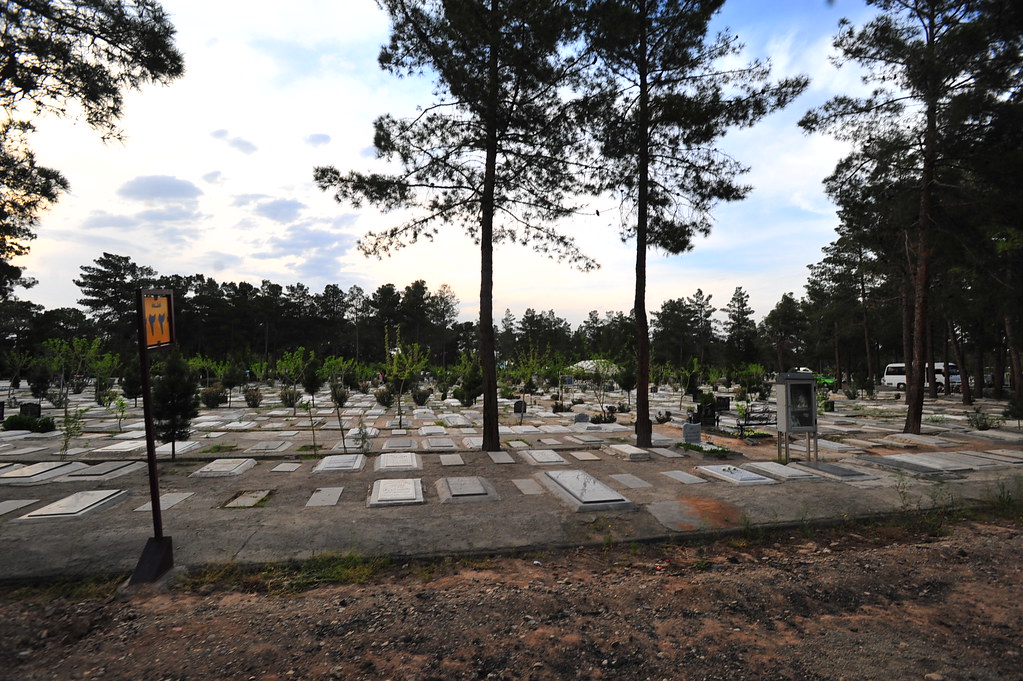 Then a quick visit to the national monument of Tehran, the Azadi Tower or translated as the “Freedom Arch.” It was once a memorial to the reigning Shah before the 1979 Revolution, but the name was understandably changed afterwards. 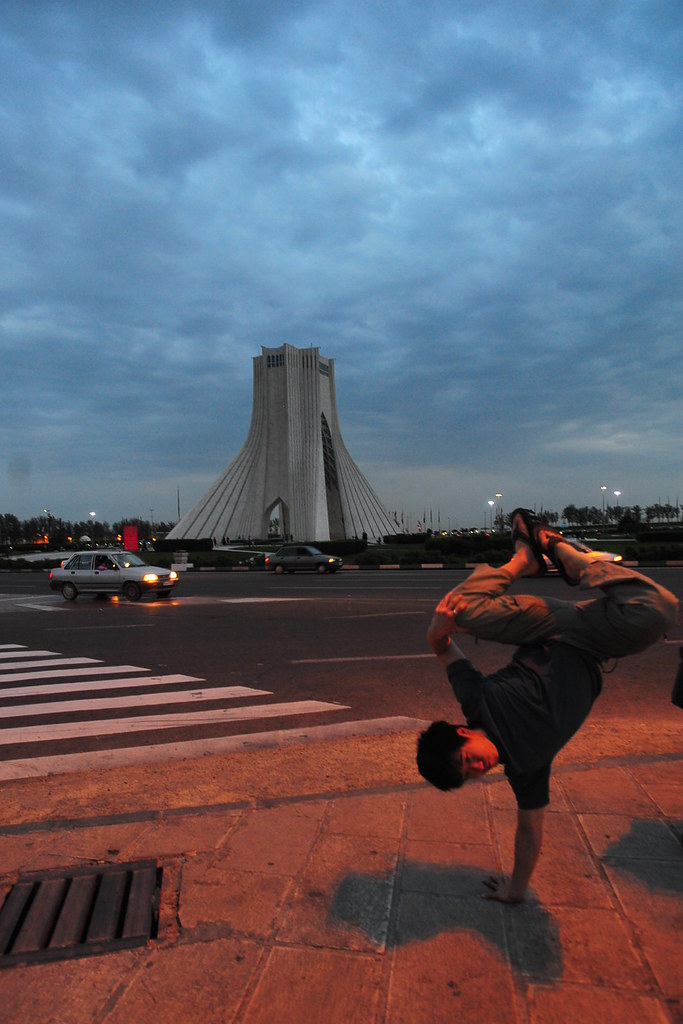 To end our day, we visited the abandoned and defaced U.S. Embassy, which was taken over during the Iran Hostage Crisis of 1979-1981, leading to the the famous CIA “Canadian Caper” hostage-extraction mission planned by CIA Agent Tony Mendez (EDIT — and is about to be made famous by Ben Affleck’s movie Argo).

According to our interpreter, it is now a headquarters to the Revolutionary Guard (although Wikipedia says it’s now a museum…we’re pretty clueless who’s telling the truth anymore at this point). Photography is banned and there are cameras everywhere watching us. All I can say is, there’s some pretty creepy paintings all over the place that reminded me immediately of the 5th floor of the Yanggakdo Hotel back in Pyongyang.

Take a look for yourself: 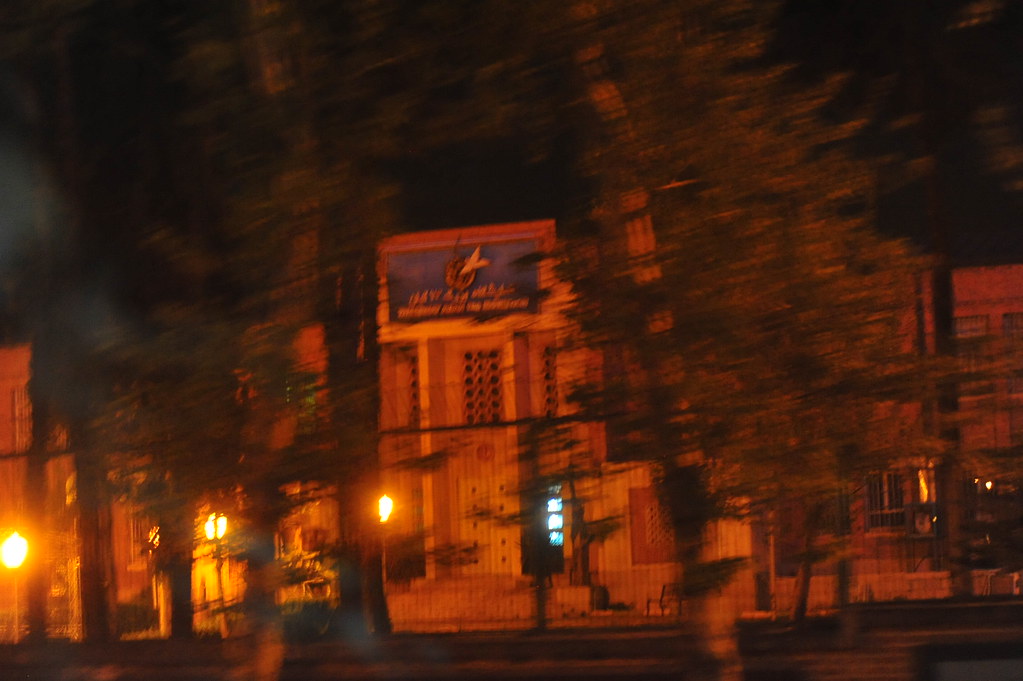 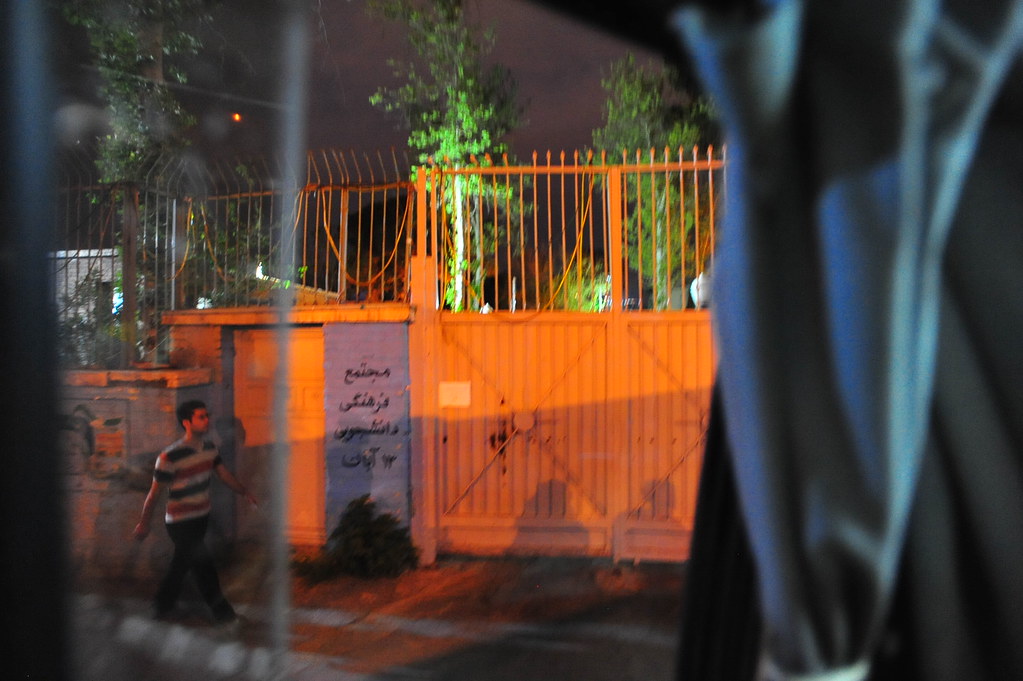 The gate to the former U.S. Embassy 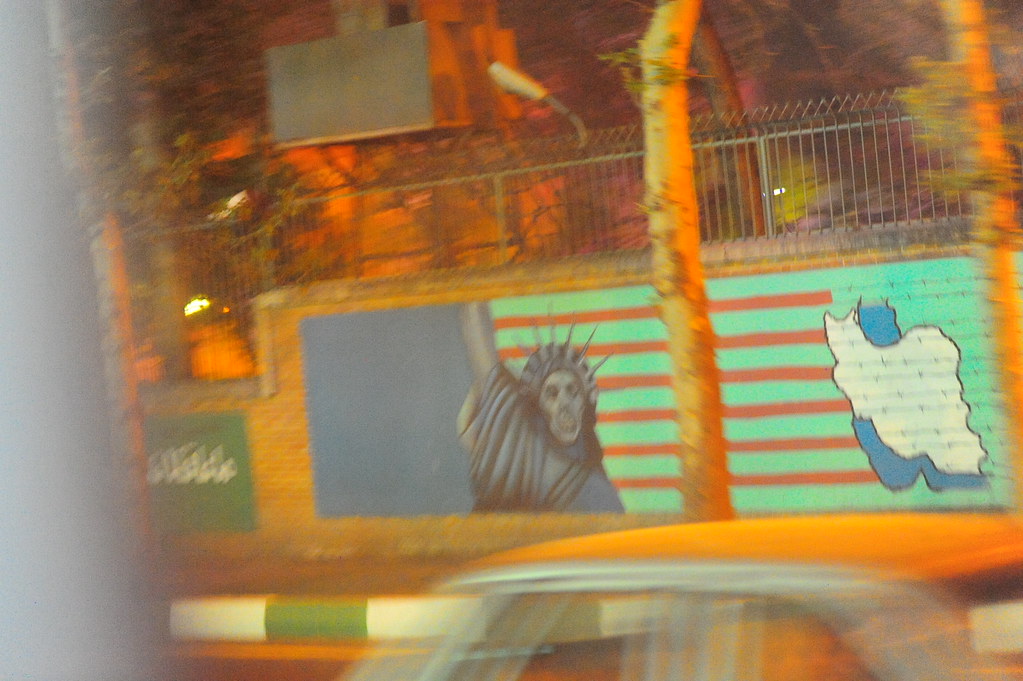 I guess the people in this compound aren’t the biggest fans of my home country.