He was a youth in 1979, toppling the statue of Reza Khan in defiance of the Shah. And as one of the many emerging activists of 1979 , he supported the historic regime change that led to the era of Ayatollah Khomeini. But before he was to bear witness to the events that would follow after the deposition of the Shah, he was thrown in jail for acts of civil disobedience. He was tortured. Branded with the mark of a true revolutionary, he suffered for his beliefs.

Last night we sat in his house to listen to his stories. He instead took our interpreter aside and spoke to him. These stories never came.

Our interpreter would tell us parts of these stories afterwards. 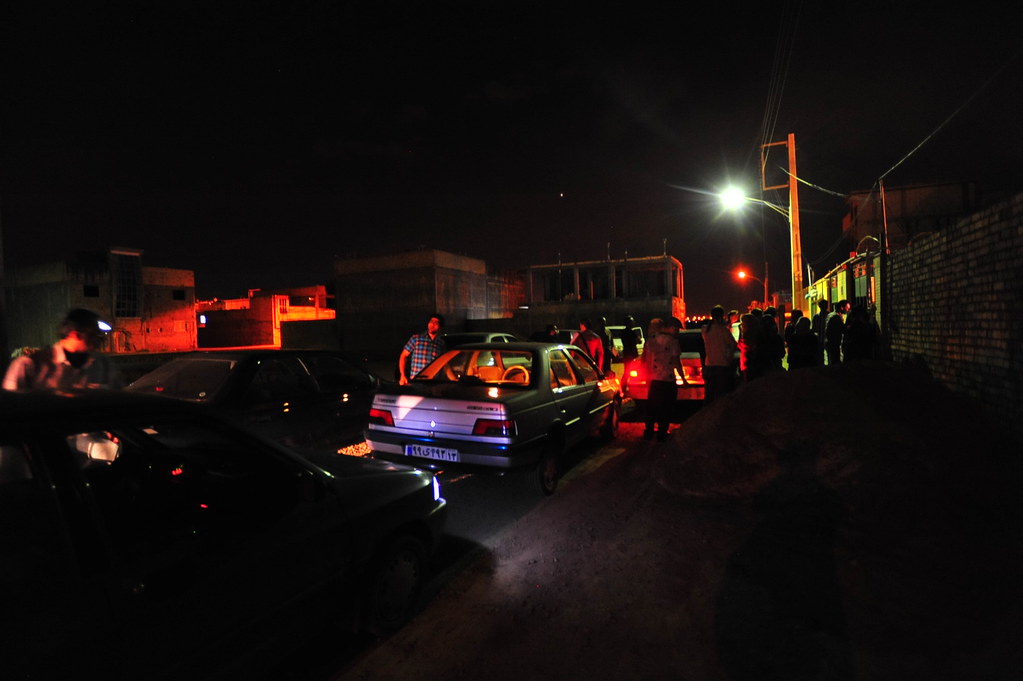 It was the Iranian secret police that threw him in jail. It was the his fellow Iranians that tortured him for years.

He didn’t want us to be disrespected, says our interpreter. 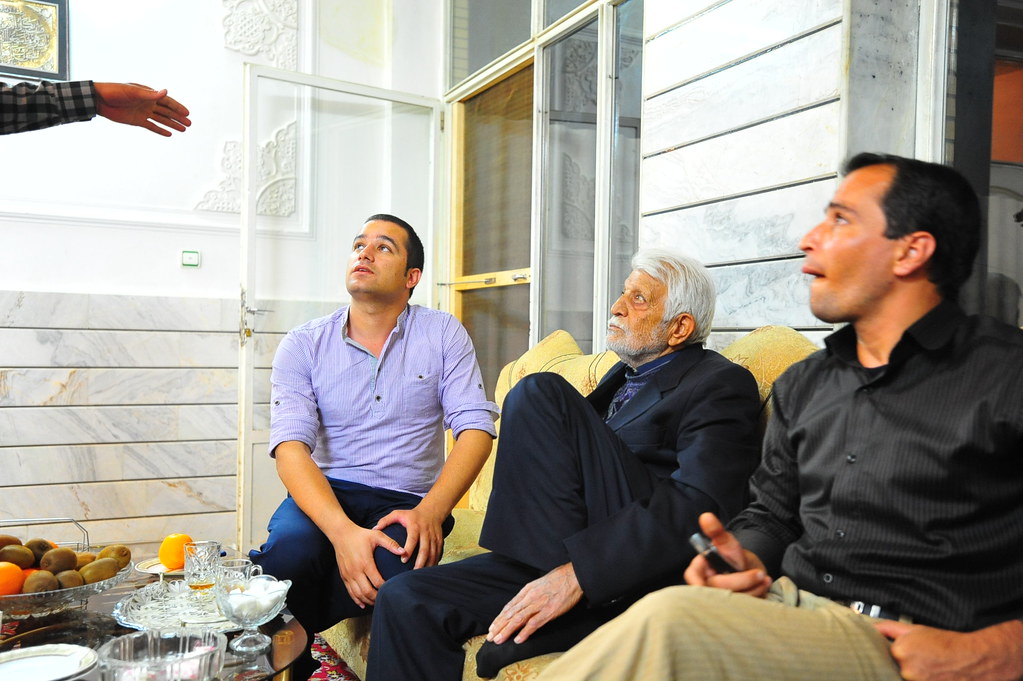 We must take everything we hear while we travel with a grain of salt. But I want to believe my interpreter when he says this man genuinely did not want to disrespect us. Although I want to be careful of naivete, at the same time I refuse to stumble into the notion that every man is inherently deceptive. I want to continue to trust in the kindness of strangers. 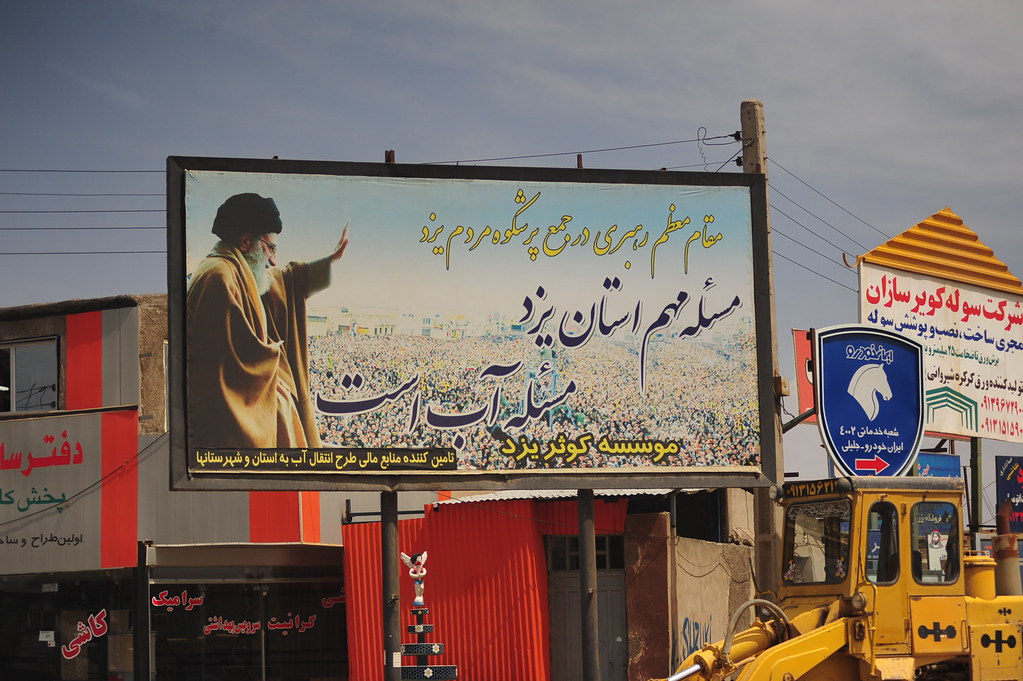 To give this context, we had thought we were going off the beaten path when we were invited to the home of our hotel receptionist for a home-cooked family dinner. Afterwards, when the receptionist offered for us to hear stories from his uncle about taking part in the revolution and his experiences in being tortured in an Iranian jail, we agreed to this rare opportunity. However, nobody was sure how it would be received. Some of us anticipated it would be a way to hear the other side’s story, others in my group thought it would be anti-American propaganda. But as we walked into his living room and when he discovered that half of our group were Americans, he decided he would only offer his hospitality and nothing more. Respecting us as his guests, he feared that his stories would offend us. He did not want to burden us with the guilt of what had been inflicted upon him. So he took our interpreter aside; it would be relayed to us in a way that the revolutionary felt he could not; he did not feel it was his place to disrespect us in his own home. 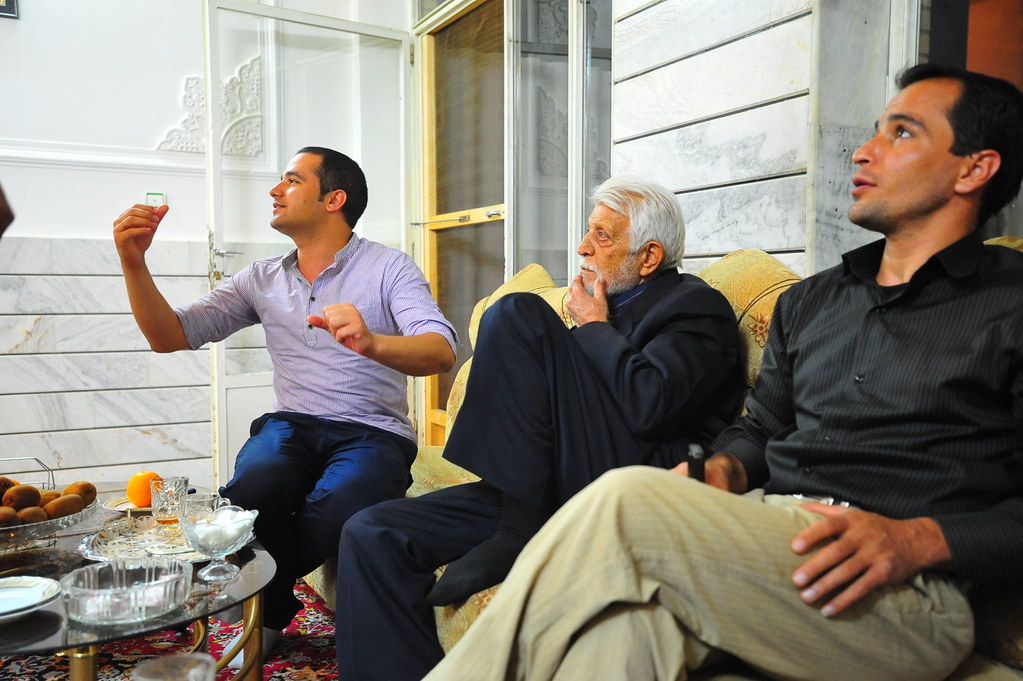 Although this goes without saying, more travelers forget this than not: the people you meet along the way should never be taken for granted. They have memories, they have stories, and they have emotions that are at the whim of the tumultuous circumstance. And to them your presence may mean more than another guest to entertain; to them you too can be a real person with beliefs and stories of your own. To me, he was more real than you can imagine; for all of us, this became more than taking a trip to another country and seeing pretty things.

In the end I must appreciate the bigger picture: Here was a man who was nearly destroyed by the Americans. And here was a man 43 years later who would serve Americans tea in his home, who repeatedly told our guide to convey to us that he was grateful that we were there, who made his way around the room to offer all of us sweets, conflicted on whether he should tell us his stories and yet still signify to us with a straight face that he understood the difference between governments and people.

He saw me as a person. I ask for nothing more.

Below is the another account written by fellow traveler and veteran Monsooner, Cynthia Koo:

My first impression was that he was much shorter than I imagined him to be, and my second was that he reminded me of my grandfather.

After dinner, at our hotel receptionist’s home where Anna cooked Coca Cola chicken to go with the food our gracious hosts made, we were told that the plan for the night to hear our host’s uncle, a veteran revolutionary, speak about his experiences was confirmed.

The twenty of us filled five taxis traveling to his house on the outskirts of town.  The veteran’s family joined us to visit their uncle.  It was a quiet, breezy night and we could see the silhouettes of mountains off in the distance as we stepped out of the cars.

Before I came to Iran, when my friends and family at home asked me why I wanted to go, I could not articulate a good answer for them.  It was some combination of defiance and a desire to chase new experiences as a result of believing that a person’s character is determined by the story of his life, as opposed to the other way around, so I should make the decisions of the kind of person I want to be (inspired by “A Million Miles in a Thousand Years” by Donald Miller–changed my life).

That was a mouthful, so I usually said something along the lines of how it’ll be an amazing experience and when would there be a better time to go than in my early 20’s when I can afford the time and the money?  But when I go back, I will be able to tell them why they should go: because when I go home, I will be invested in what happens to this country.

We got out of the taxis with the full moon hugging the mountains in the distance.  One by one, we stepped through the gates of the veteran’s home and as we took off our shoes and walked onto the carpet of his living room, he beamed at us “Welcome.”  His wife at his side, he gave each of the men in our group a handshake and the women, a brimming smile and a slight bow.

His build was small, his back bent forward slightly, and his eyes perpetually pulled upward into a twinkling smile.  We sat down by the pillows on the floor lining the walls of his living room and his family came around to each of us, serving us tea and more sweets than we should have had that late in the night.  We graciously accepted fruits and candy from the veteran himself, as he came around to all of us to thank us again for coming to his home.  “I’m very happy that you are here.”  We thanked him for having us.

We settled in and started to engage him in small talk to the extent that we could due to his broken English.

He introduced his wife to us–“My soulmate. She’s beautiful, isn’t she?”–with a smile on his face as if he couldn’t be prouder of himself for having married her.

He passed around a black and white picture of them when they were young.

When our interpreter came in from paying the taxis and started talking to the veteran, scattered conversations broke out and some of us took the opportunity to read the Wikipedia article about the 1979 revolution (in classic Columbia student cramming style) to prepare questions to ask of him.

An hour passed.  Some in our group started to get restless.

Suddenly, our interpreter asked for our attention.  We were to make our way back to our hotel now.  He apologized on behalf of the veteran but said he would have to explain why to us later.

So here we were . . . in the home of a man whose most traumatic experiences were inflicted by soldiers from the same country as we were, in a nation without an American embassy where U.S. tourists are so rare that we were bonafide ambassadors, and he was afraid that he would be disrespecting us by telling us his stories.

Afterward, our guide apologized profusely for the situation.  We told him he didn’t have to.

So here’s what I learned–traveling teaches you that people are the same everywhere.  They are not their government.  Iranians are warm, friendly, curious, hospitable.  I will miss the friendly “hello’s.”  I will miss being welcomed to Iran/Tehran/Esfahan/Shiraz.  I will miss the second, surprised, and friendlier “Welcome” that inevitably follows after finding out that we are American.

And here’s why I would come back, and what I will say if anyone asks me if they should go: I will come back to NY and watch the news with an emotional investment in this country because I will remember a veteran revolutionary who welcomed Americans into his home with open arms.