I’ve been to more places in the last year than I have been in my entire life.

And in another seven days, I will board a plane for my fourth Monsoon in the last year, this time to Eastern Europe, as a third-time veteran of The Monsoon Diaries’ family–and with newly granted co-blogging privileges.

So Calvin has asked me to introduce myself. I thought I would explain why I am doing this then, with him, for the third time (first time to Guatemala last Thanksgiving; second, to Iran April of this year).

Why do I do this–spontaneously decide to travel? (I booked my flights 2 weeks ago, 3 weeks after the rest of my fellow backpackers did).

Why, once the idea of going someplace takes hold in my head, do I become willing to move heaven and earth to make it happen?

Why is traveling so endlessly enchanting?

Because it can simultaneously break your heart and rebuild it at the same time. 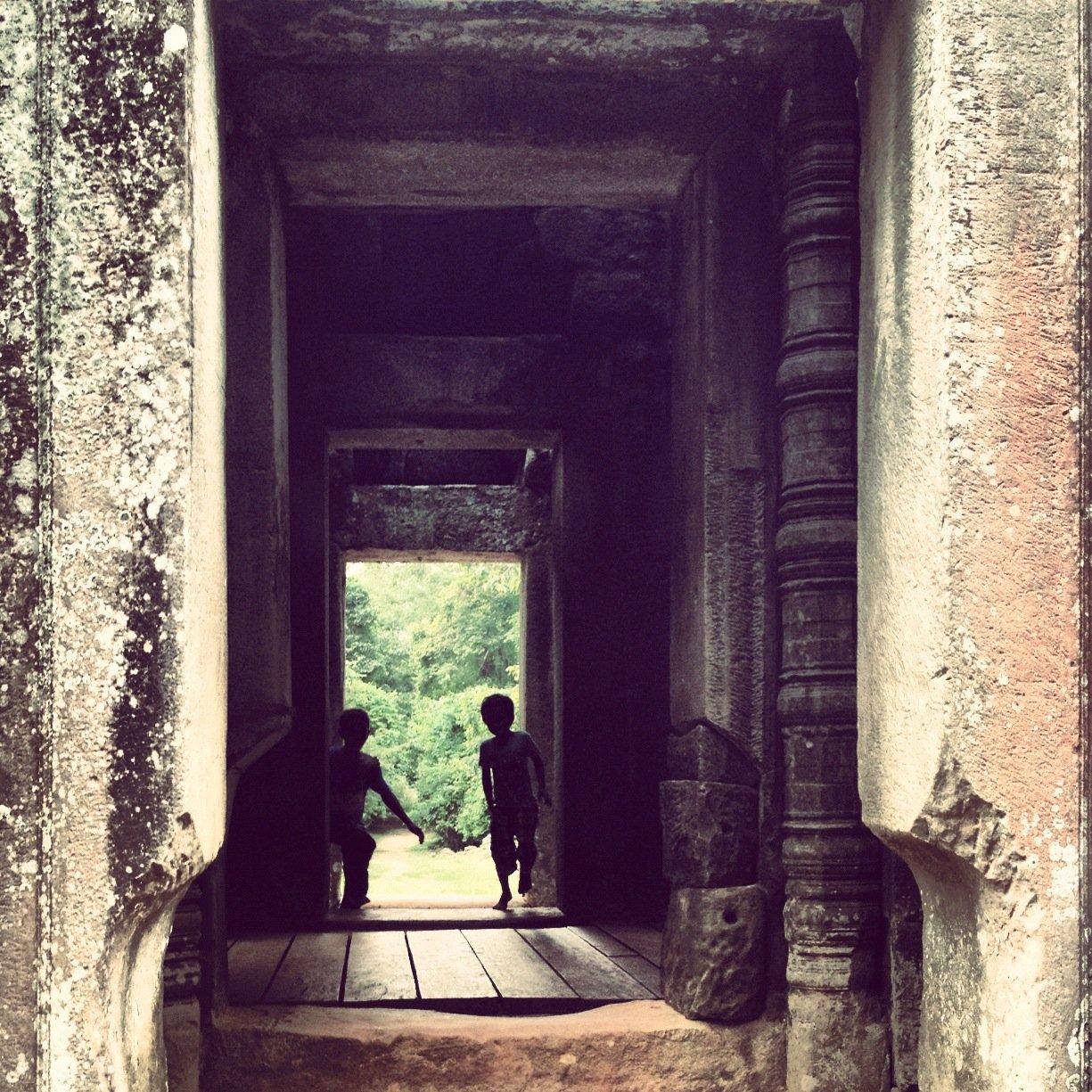 Two brothers at the Angkor Wat Ruins in Cambodia

Because you’ll realize on the third day of your stay in Cambodia that your driver with the perpetual smile on his face spends his nights in his tuk-tuk, parked right outside of your hotel, because he lives in a town that’s too far to return home to. Because you’ll feel guilt-ridden at knowing you can make more money in a month than an entire family here makes in a year–and you’ll wonder whether any of the people you meet know of your “wealth” and your privilege. And if they do, why don’t they resent you for it? Instead, you have wads of American cash on you and you feel safer here than when you’re walking the streets at home. 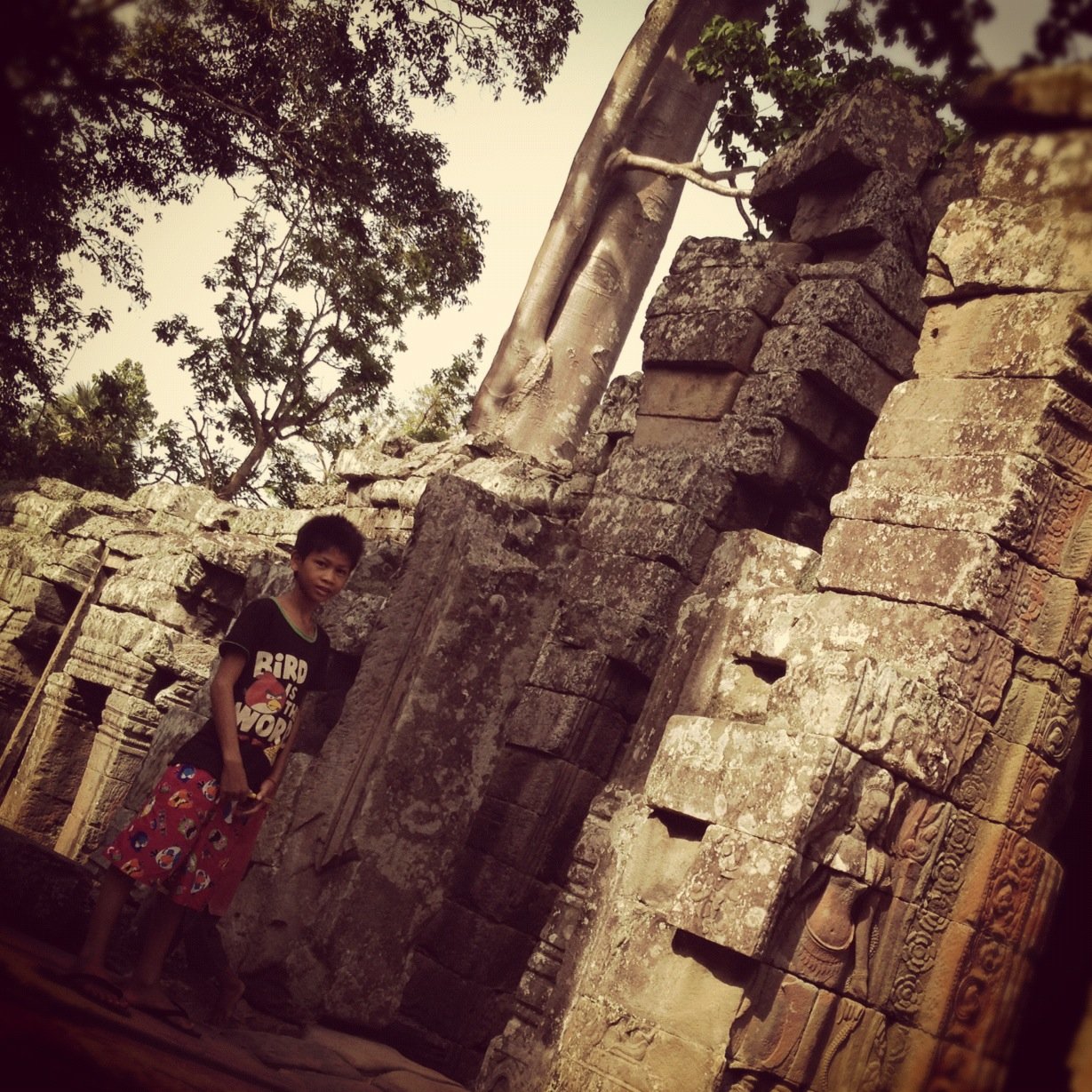 … Because you’ll find yourself simultaneously heartbroken and blown away by a 9 year old boy who’d been up since god-knows-when offering guided tours to travelers like yourself of his favorite temple amongst the Angkor Wat ruins (his favorite because Angelina Jolie filmed Tomb Raider there).

And you’ll think, if you were to bring him here to the U.S., with his hustle and discipline and charisma and curiosity, how long would it take before he became the CEO of a multimillion dollar company? 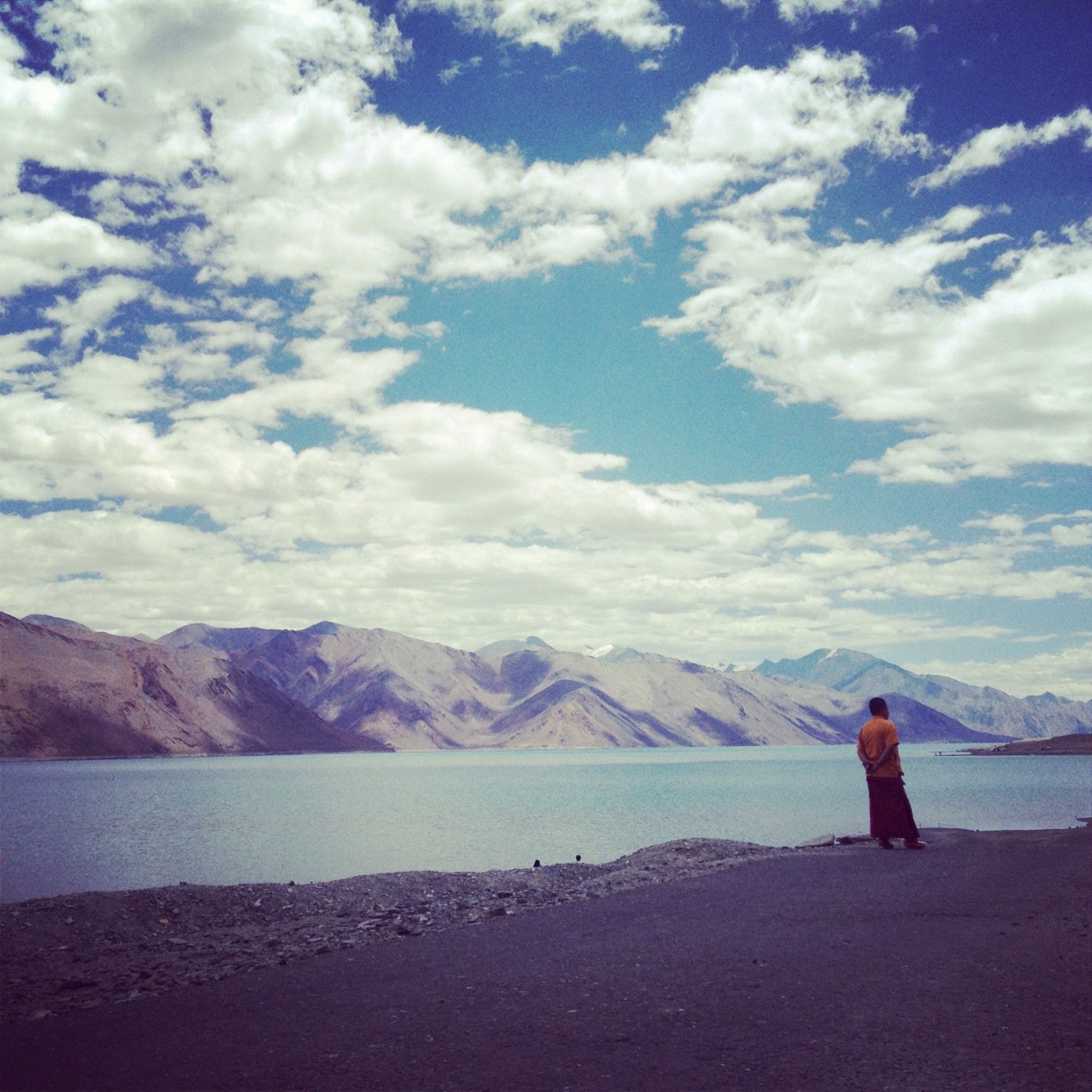 A monk by Pangong Lake in the Ladakh mountains, India

And because being in a place where you can’t speak the language will make you forget what you are so you can remember what kind of person you are. So you can decide what kind of person you want to be. Because when someone doesn’t know how prestigious or not your profession is–when you don’t even know how to explain what your profession is–what matters is if you’re kind, if you treat the people you love well, if you’re generous to those who have nothing to offer you. 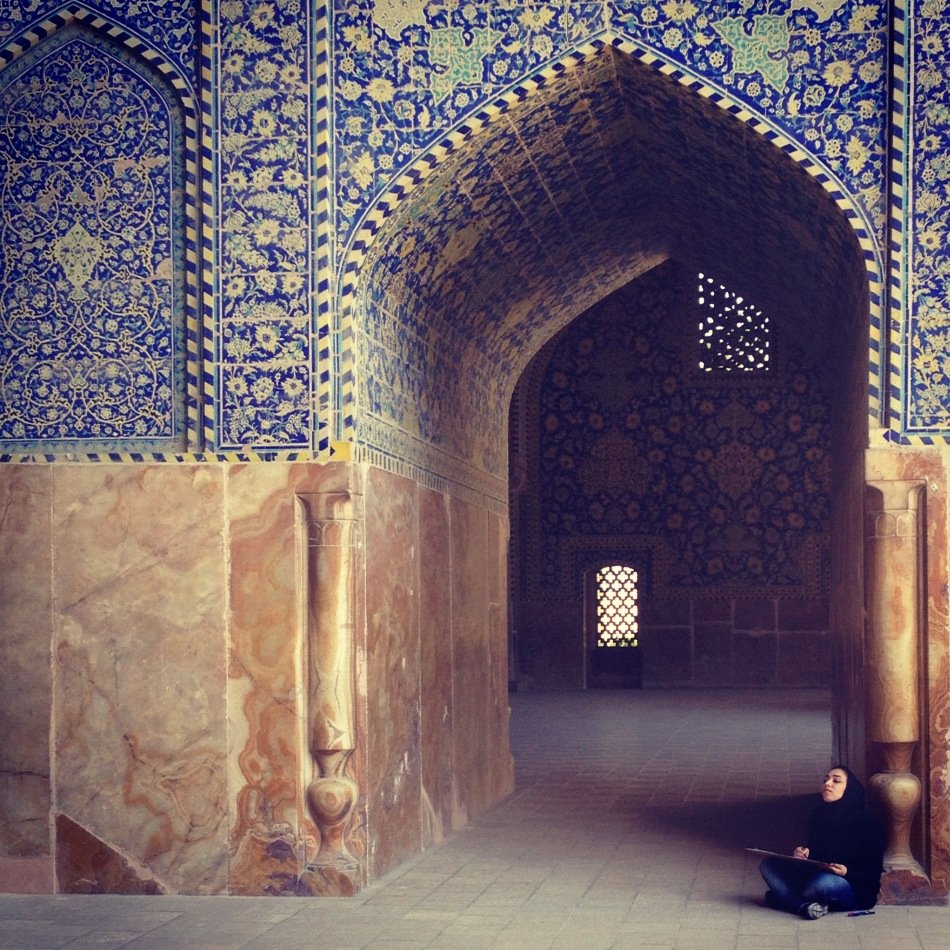 An architecture student at the Shah Mosque in Esfahan, Iran

If you respect the people in front of you even when the media and your government portray their country as a sponsor of terrorism.

Because being confronted with the effects of war and poverty makes you wondrously, emphatically grateful for being born into circumstances that bless you with having the problem of “needing” to figure out what your passions are so you can build a career out of them.

Because while you “know” that you and your government are two separate entities–that people are not their government, and vice versa, that your elected representatives sometimes do things that you vehemently disapprove of–you really don’t know until you go to a country whose government is on the terrorist list of your own and you spend an evening imposing on the warm hospitality of an Iranian war veteran who was tortured in the name of your flag. 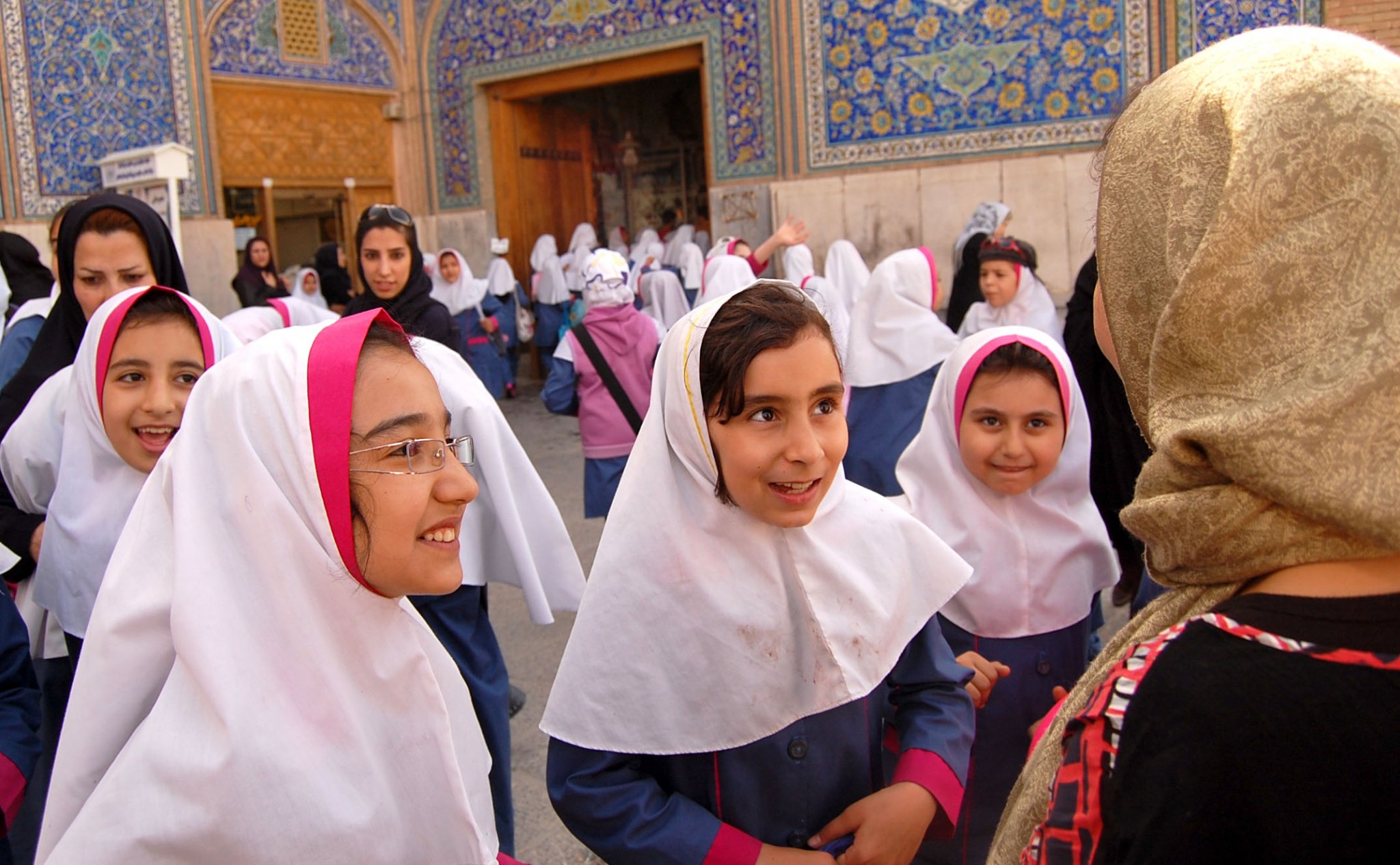 Anna with a group of students in the Royal Square in Esfahan, Iran

And you really don’t know until you walk the streets of that same country’s biggest cities and its people effuse warmth and welcome you to their home–with a hint of surprise in their voices–and ask with wide-eyed curiosity whether or not you’re enjoying your time there. And when you say it’s been great and they smile sheepishly with pride, you also smile and you think, for the hundredth time that trip, that you’re glad that you decided to come. 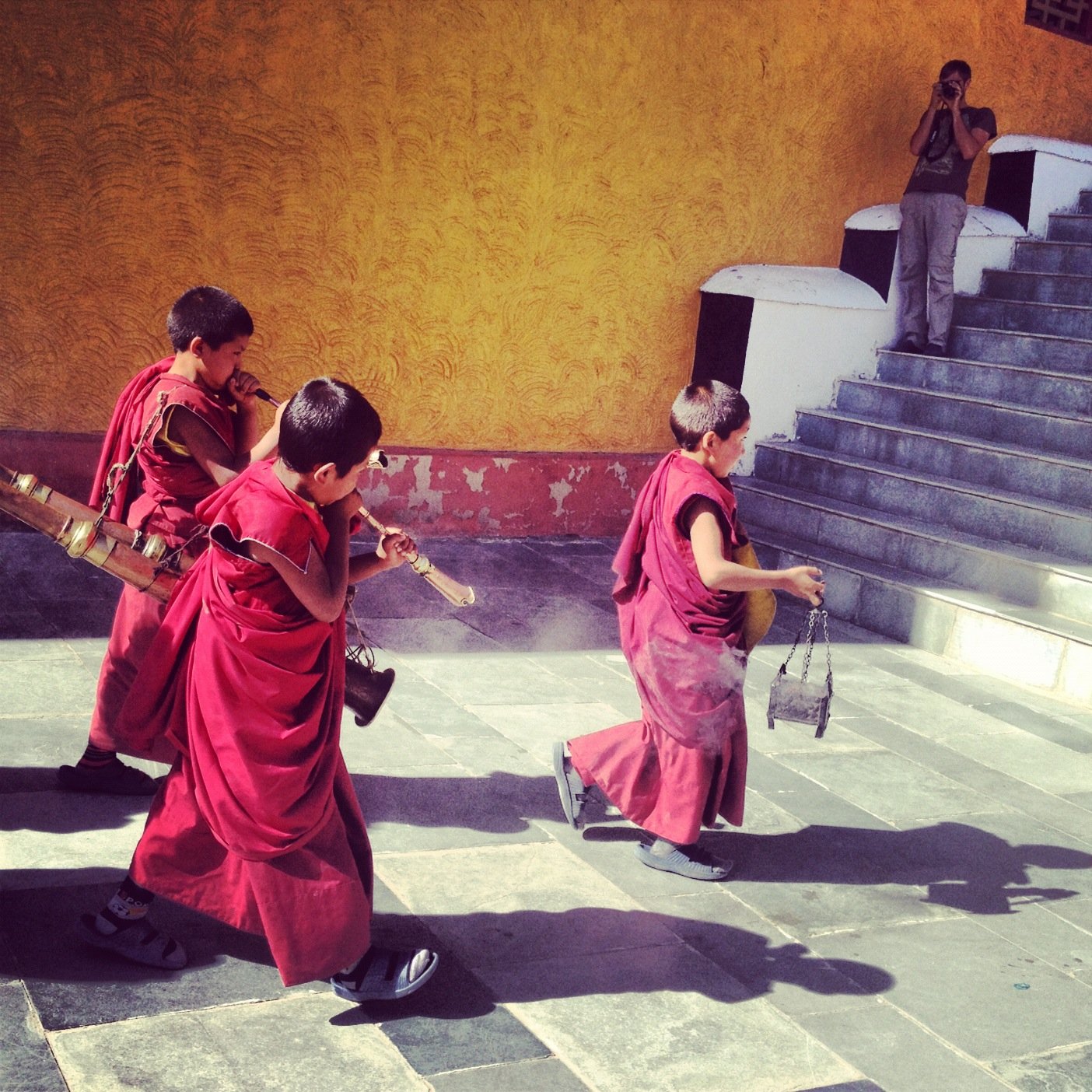 Monks in training at The Thiksey Monastery, in Ladakh, India

And because you’ll spend a lot of money throughout your life, and you will not remember where most of it will go. But you will remember forever what that $2000 you spent going to Iran/India/Cambodia/_______________ bought you.

And lastly… because you can. Because you’ll meet someone in India who has never been outside of his country and who can’t even imagine the ways in which his life would have to change to allow him to travel the way you can.

Maybe most importantly, because you can.