So in pulling an all nighter after last night’s festivities, I made a major mistake of letting everyone sleep a little more. Instead of giving them about an hour before having to leave the hostel, I decided to wake everyone up about 20-30min before.

What ended up happening out of such well-intentioned ignorance: a literal race to Kyiv’s Independence Square, the meeting point where a bus would take us to Chernobyl.

Although we weren’t lost and we knew where we were going, we had no way of getting to Independence Square in the amount of time we had (10min) by foot. So I decided to take the metro. First of all, the metro isn’t like American subways…they’re Soviet by design and having remembered my time taking the metro in North Korea, I should’ve anticipated that getting *down* to the metro is enough of a time-waster: 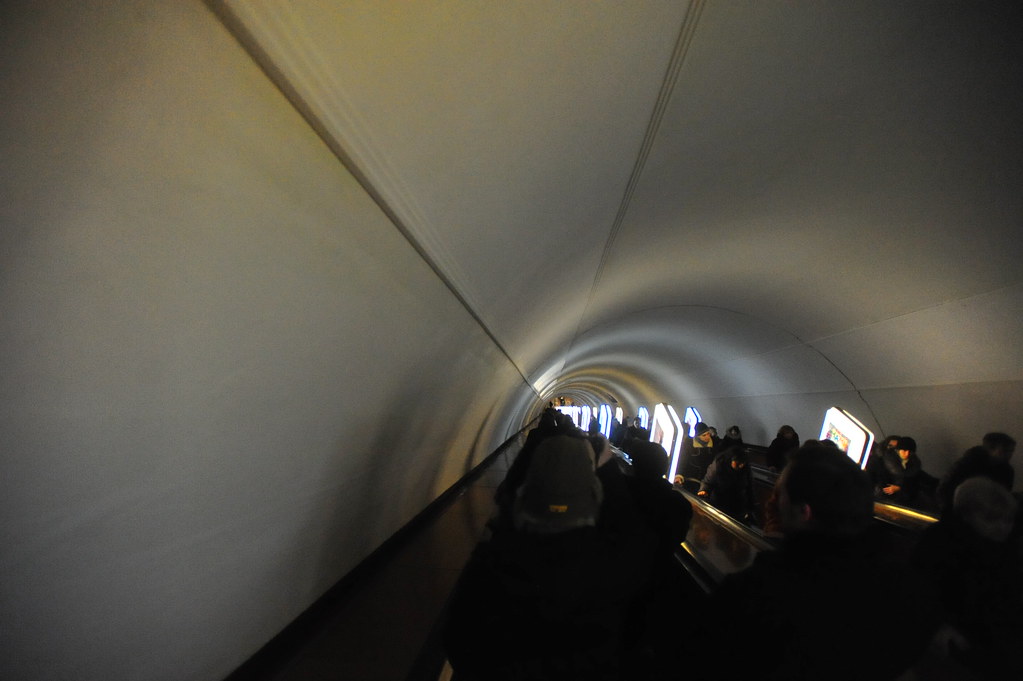 An escalator ride that took 8 minutes 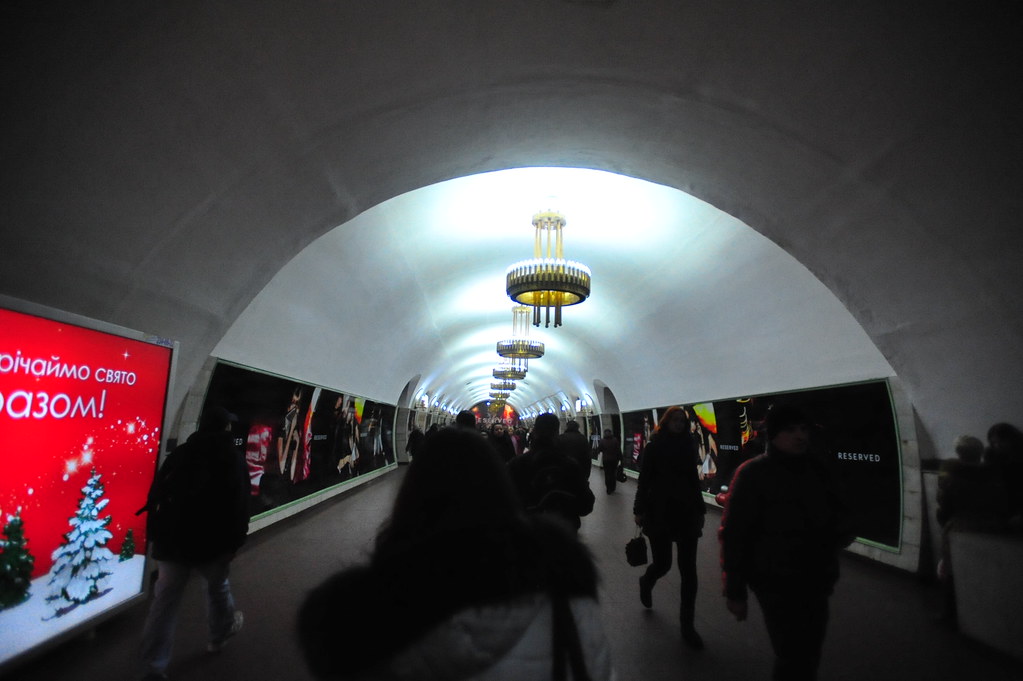 And by the time we hopped on a train, we realized it was going one stop in the wrong direction. We then jumped out of the train and ran across the platform to take the other train back up, and once more it was a race against the clock journey back above ground: 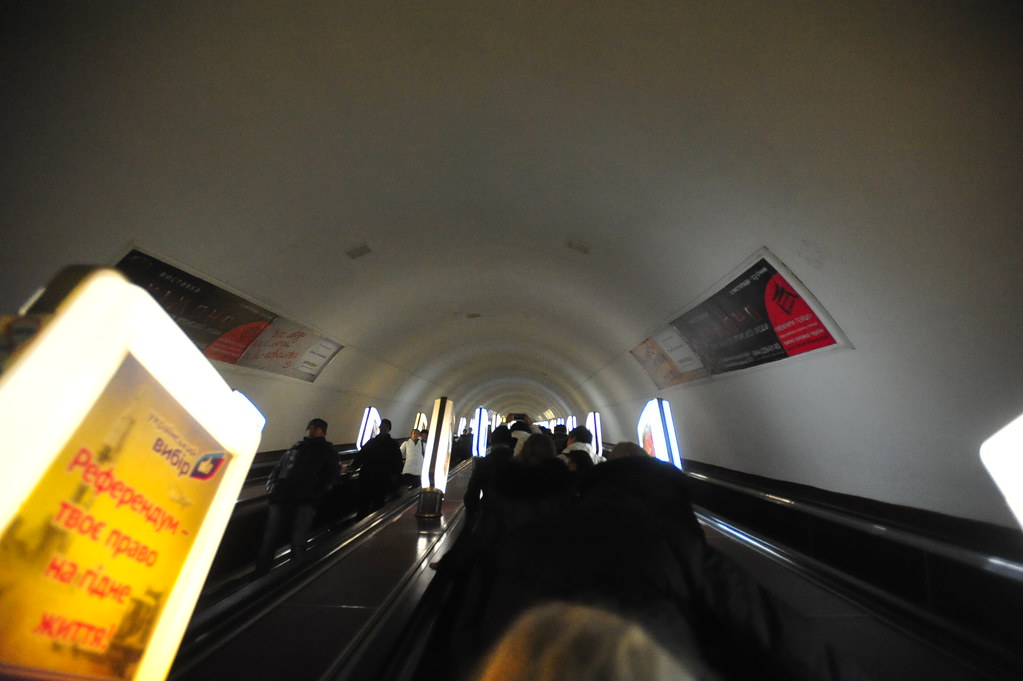 Finally, we reached Independence Square, although at this point we were already 17 minutes late. We looked around for any bus but in vain, but nothing was available; it had seemed the buses had tired of waiting for us and left. Luckily Kyiv has FREE OUTDOOR WIFI (you hear that USA?!), which I promptly used to Skype my hostel. When the signal got bad (okay, the wifi wasn’t that useful), I used the cell phone of a tourist information kiosk that luckily was nearby. I then got the word from my hostel that they either could have already left or they were still waiting for us across the Square by the McDonald’s.

So we ran across (it’s not a small square mind you). There were no buses.

And then, like a miracle out of a cloud, a man walked up to us asking if we were going to Chernobyl. We were saved. I literally bear hugged all 16 people in my group. The miraculous thing was not that we made it to meeting point over 30min later, but rather nobody got left behind in all this madness. 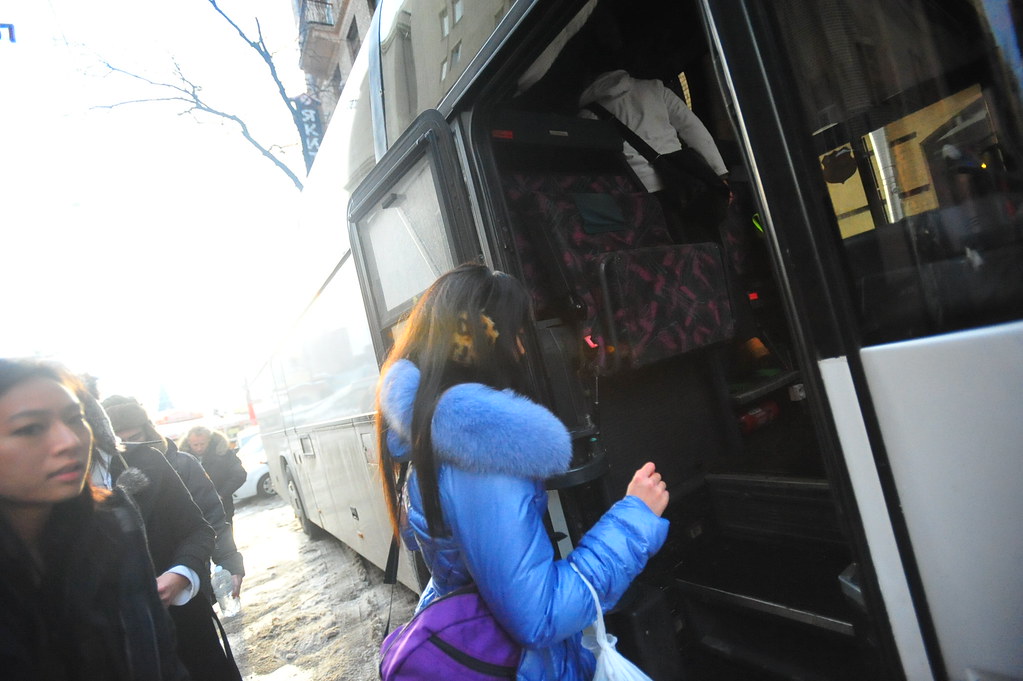 The sweet isn’t as sweet without the sour.

And then we were off to Chernobyl. 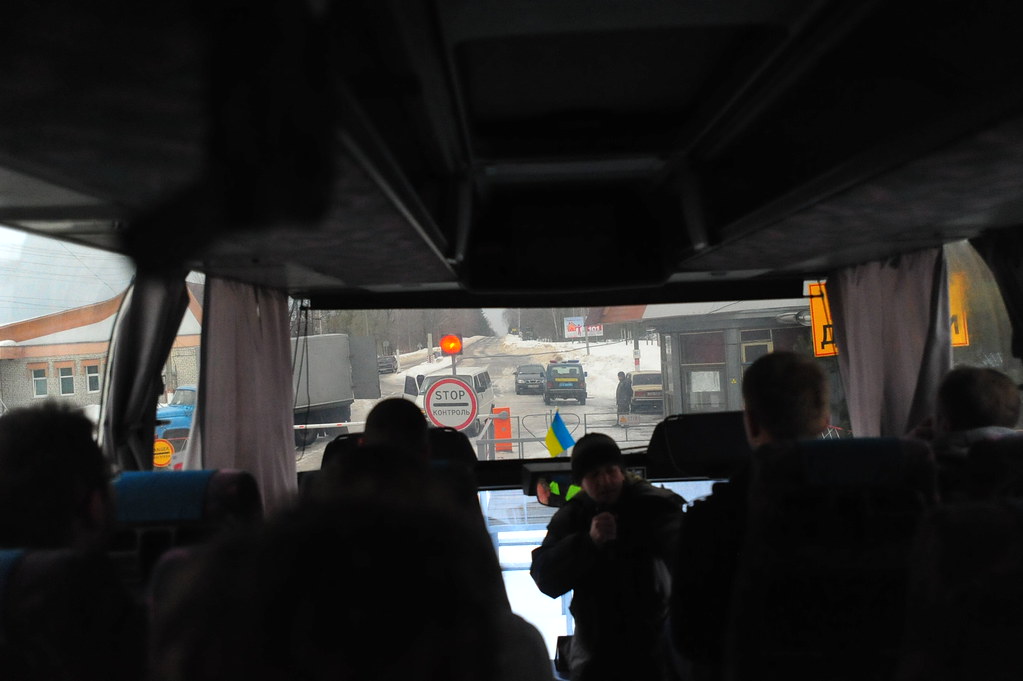 Arriving at the Chernobyl Radiation checkpoint