by Stephanie Quan | Sep 30, 2013 | California, Camping, Guest Posts, How Did You Do That?, Post-travel Reflections, United States | 0 comments

Two weeks ago, my lab group did a camping trip in the Sierras.

We drove up on Friday to the East Fork Campground (9000 ft). Hiked up Mt. Starr on Saturday (Class II scramble. 7 miles round trip. 12825 ft). And drove back on Sunday. On the way back, I stopped in the town of Bishop and a Japanese Internment Camp (Manzanar).

Here are some of the photos. 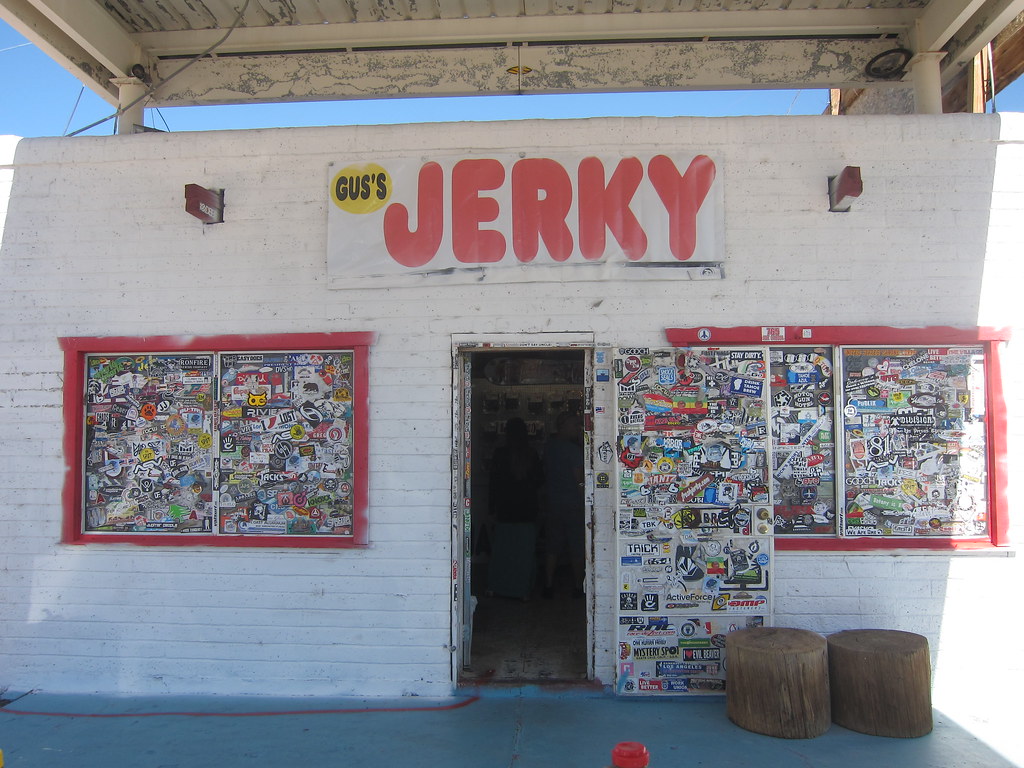 The Jerky Shop south of Bishop, CA. There are like a million signs on the 395 leading up to this place. The jerky was alright. 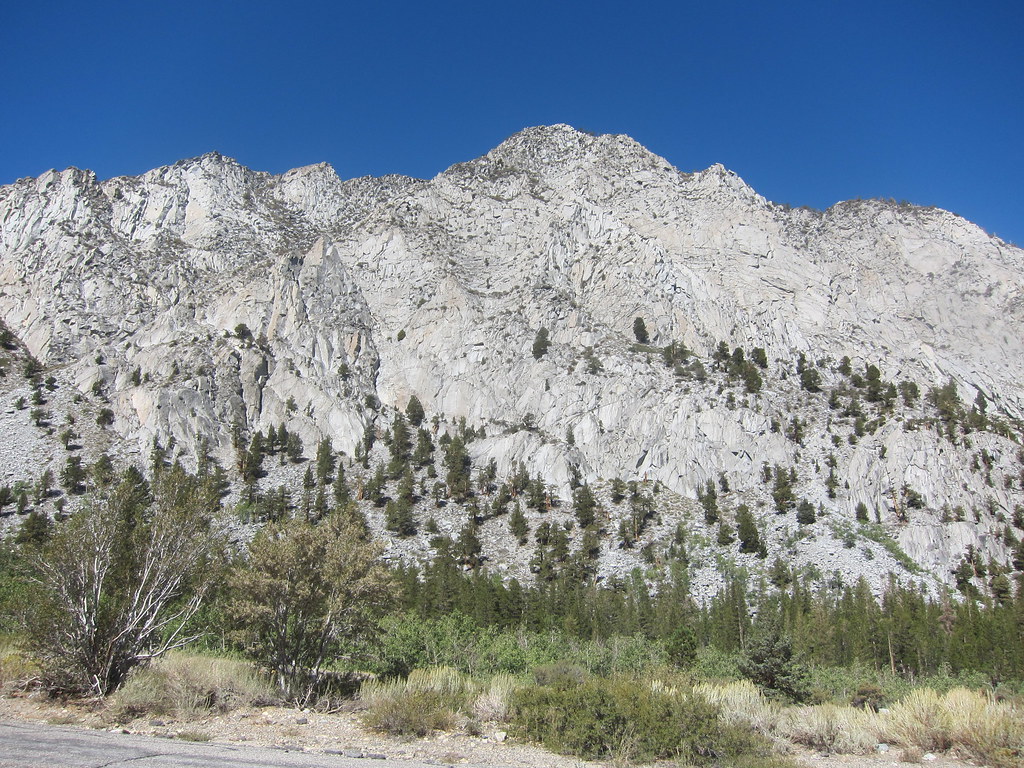 The mountains that were across from our campsite. 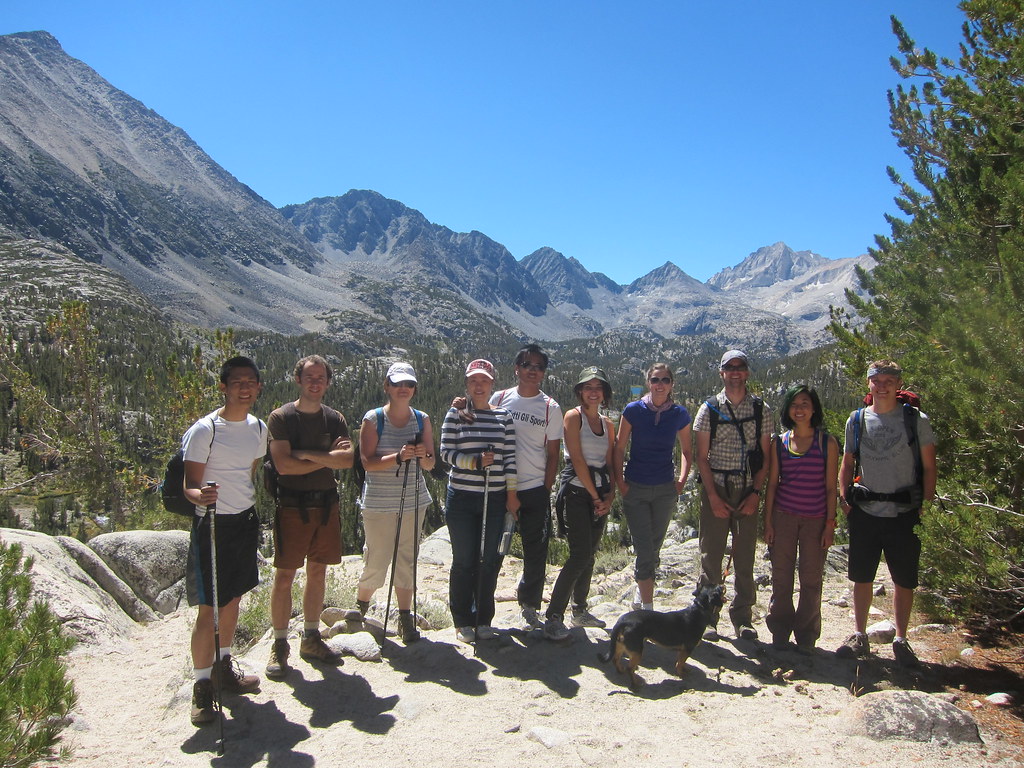 The Diaconescu and Hayton Group. Starting the hike at 10000 ft. 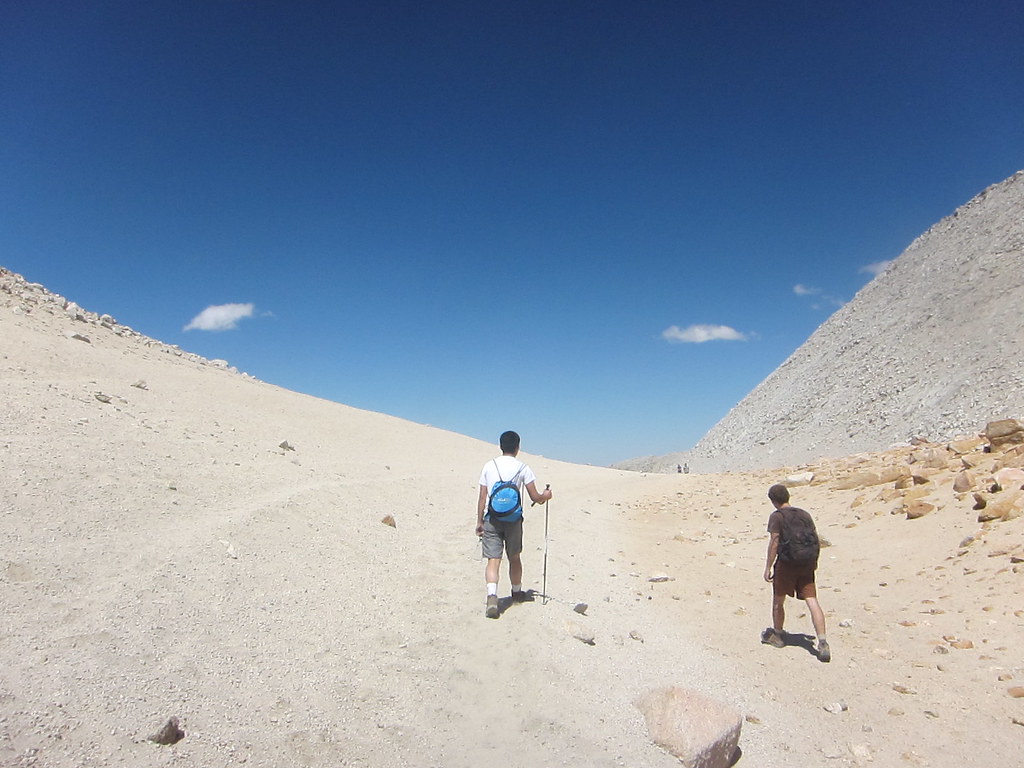 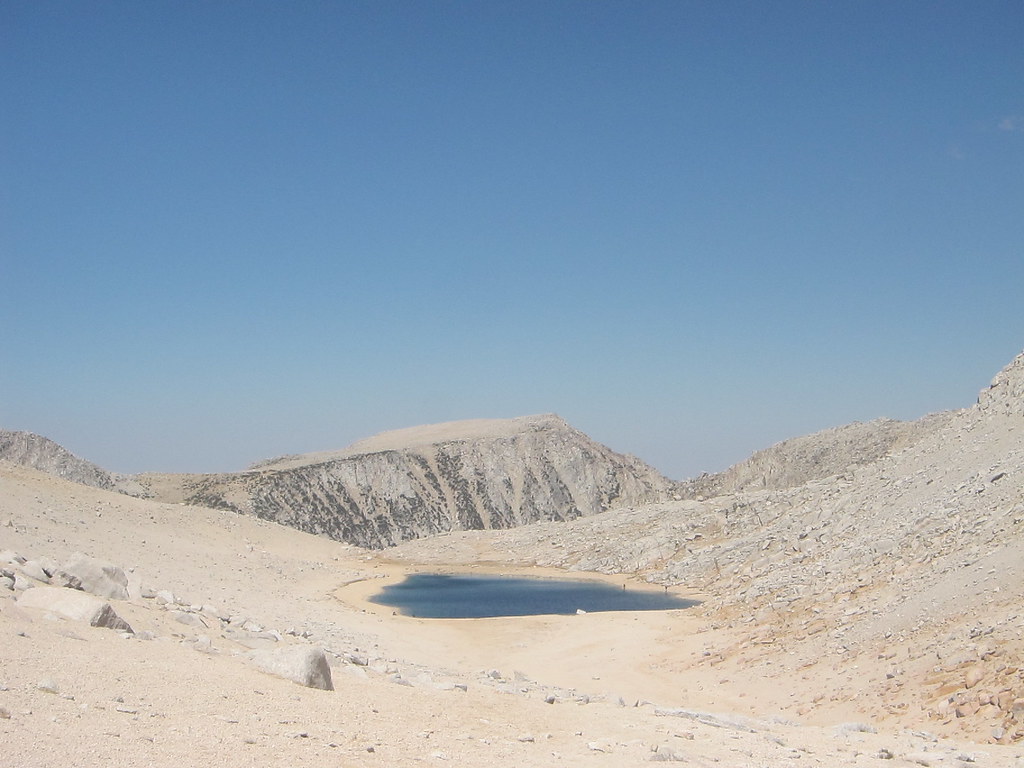 Summit lake is fed during the spring by the ice and evaporates over the summer. 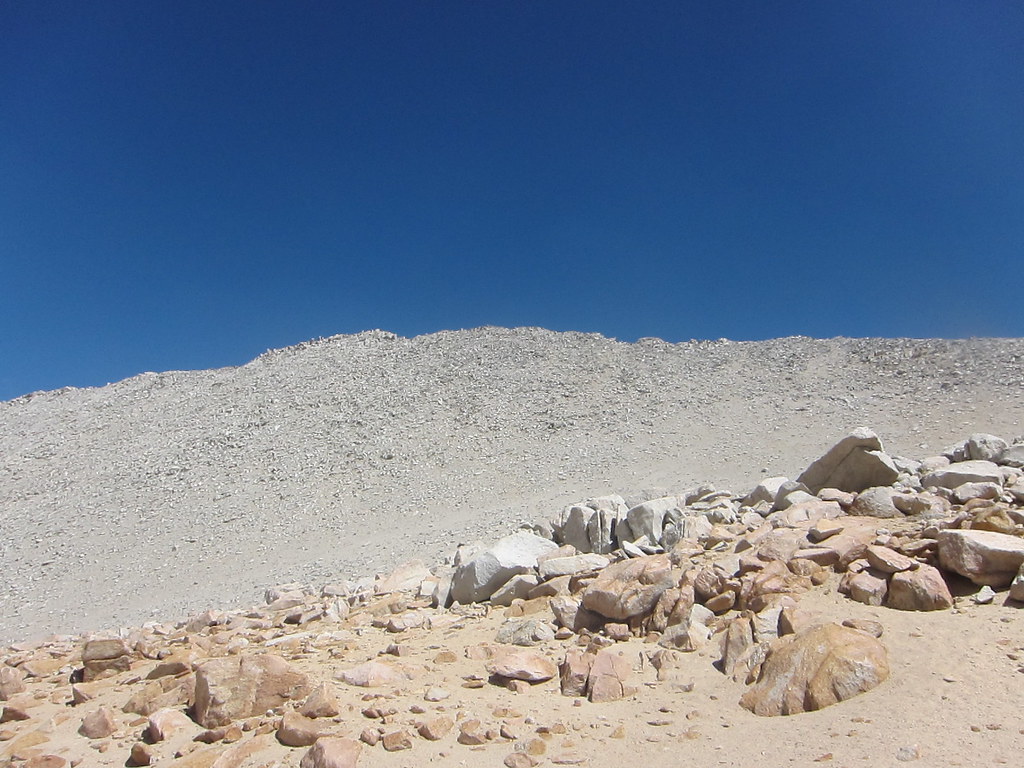 The class 2 scramble we were about to go up. If you look closely in the middle of the photo you can see where the trail ends and the scrambling begins. And if you look really closely, you can see a few dots (these are people). 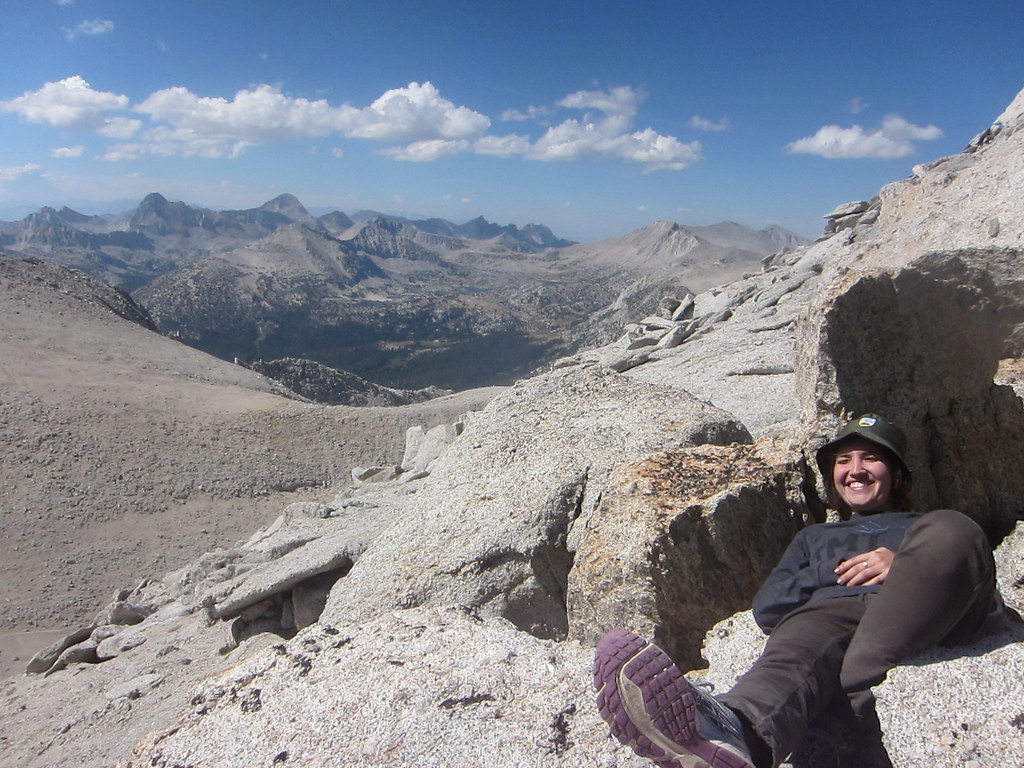 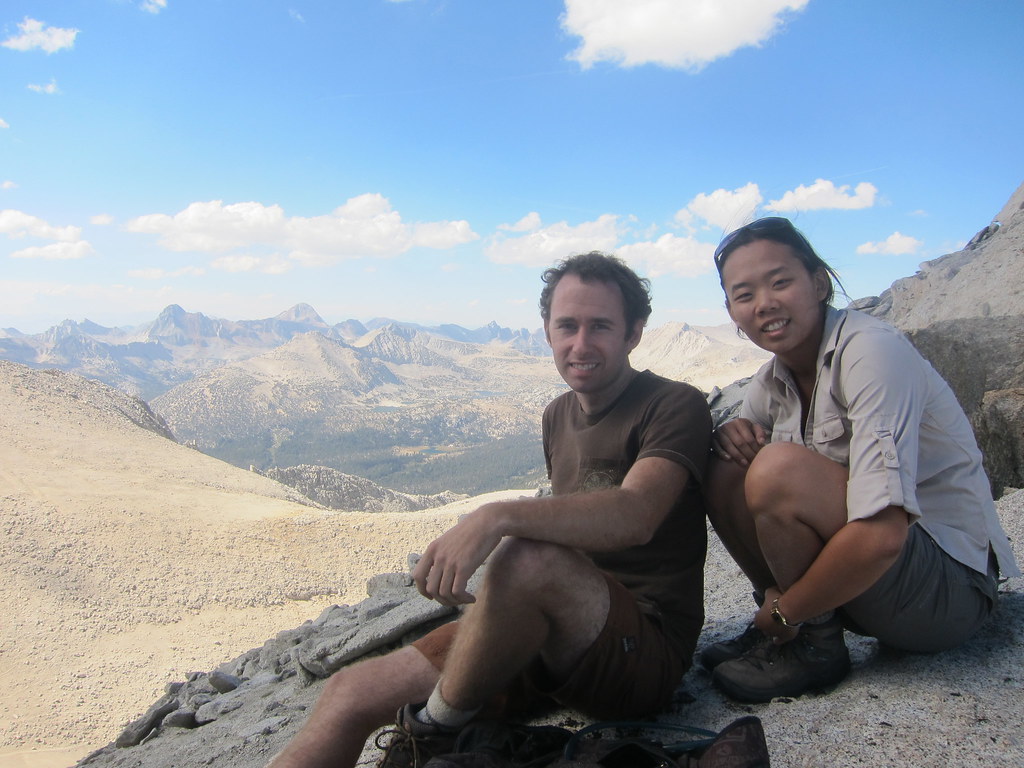 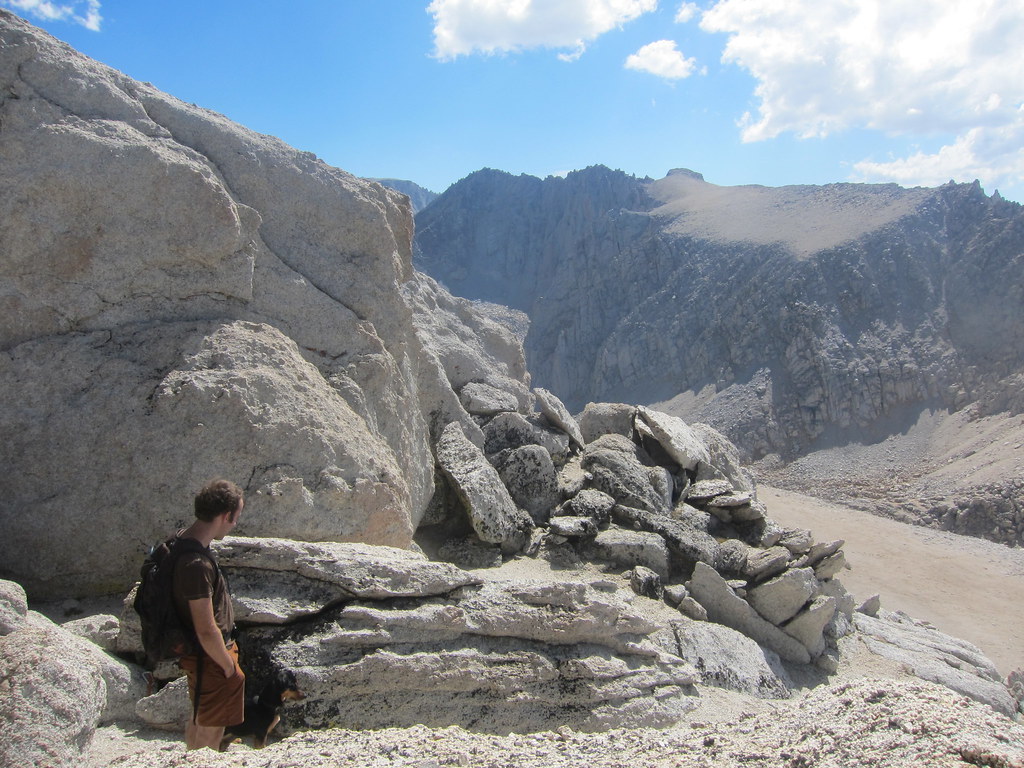 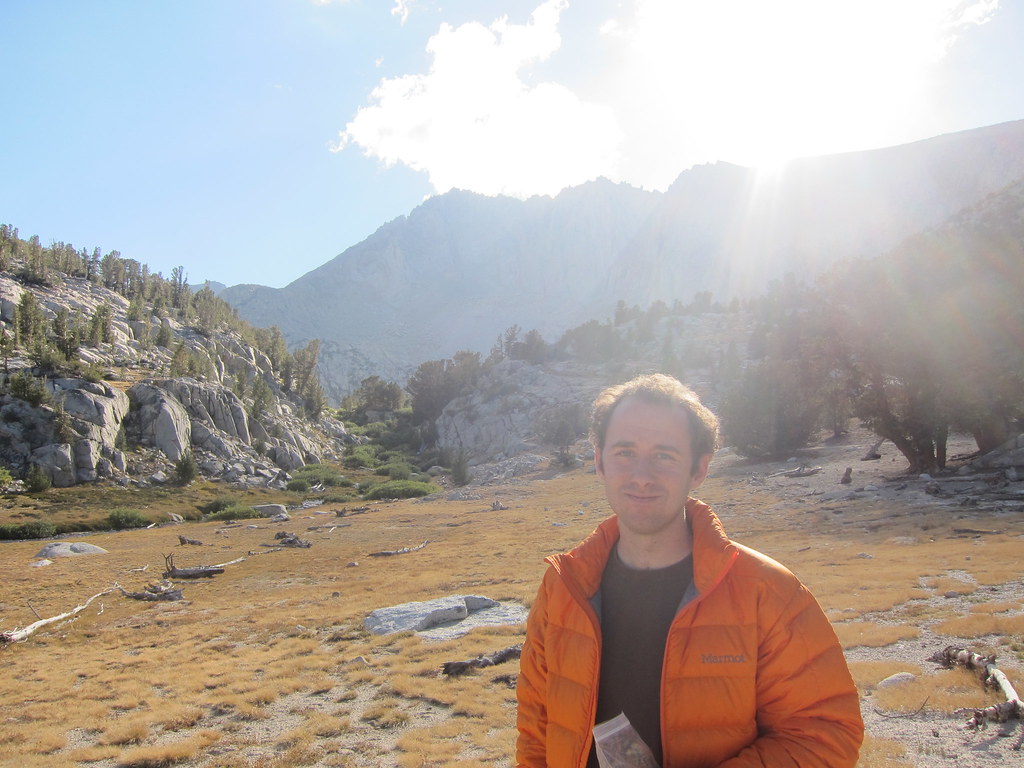 Coming down as the sun started heading west. Munching on some snacks. 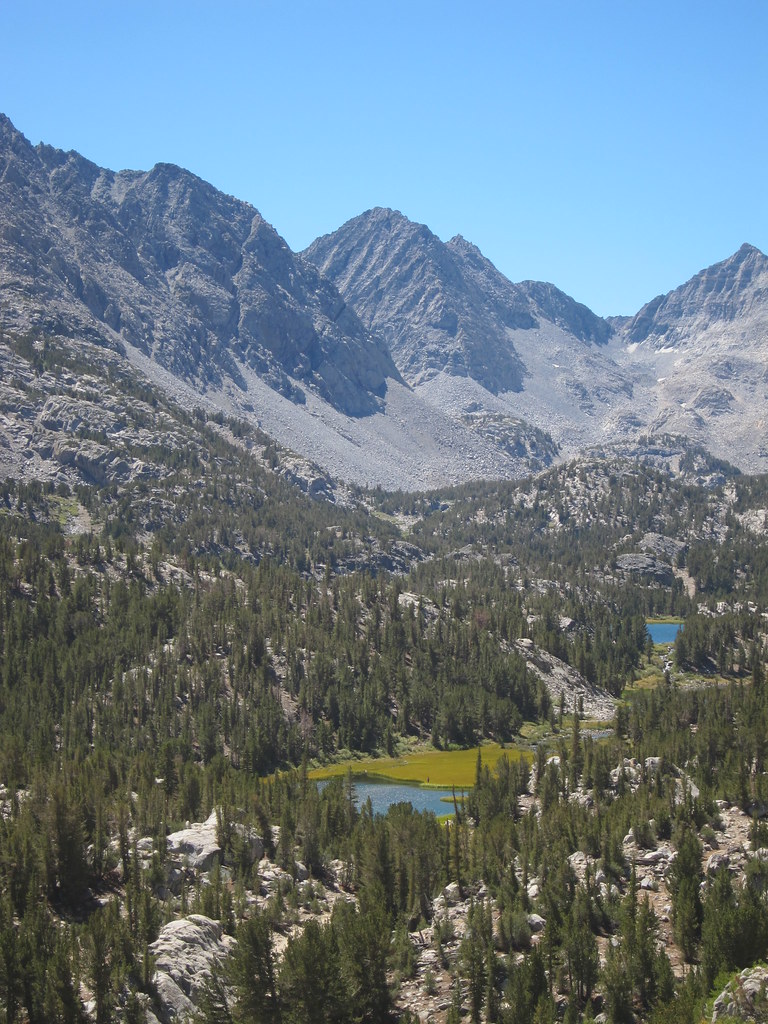 View of the valley on the way up. 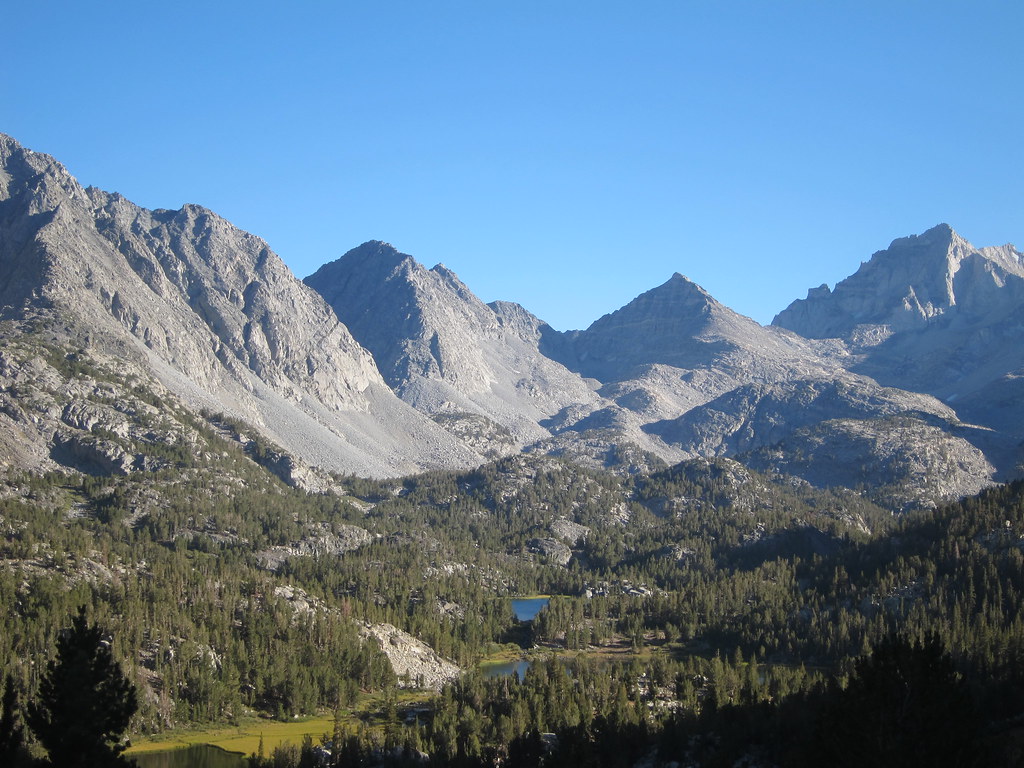 View of the valley on the way down. 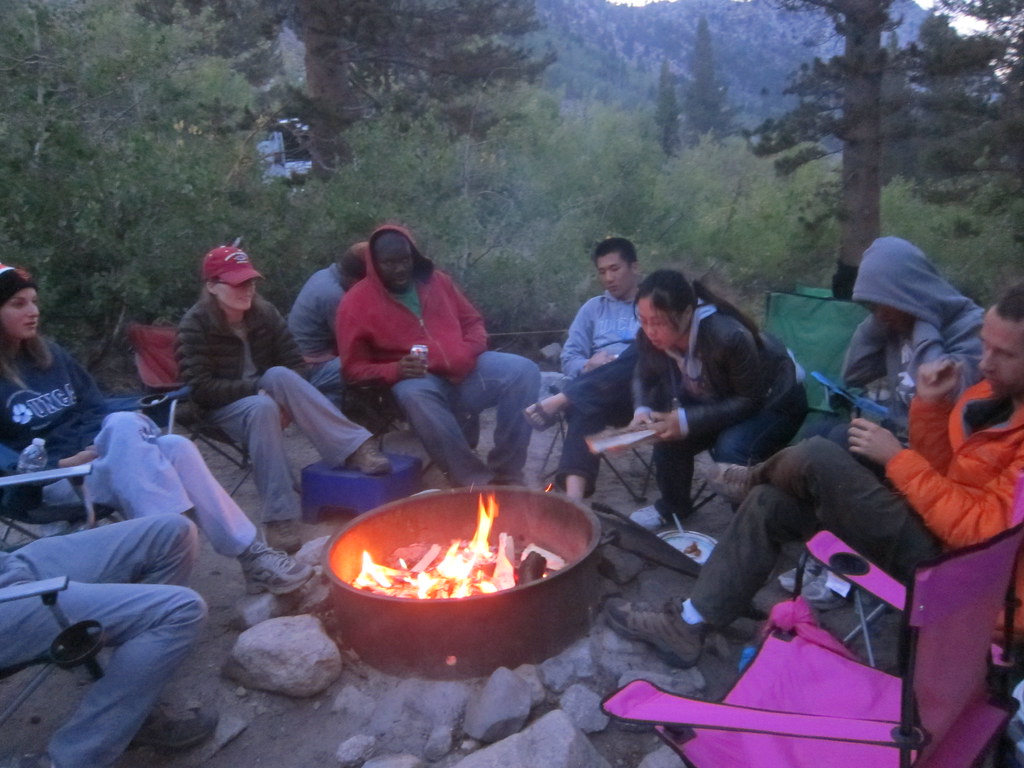 Celebrating with some smores and beer. 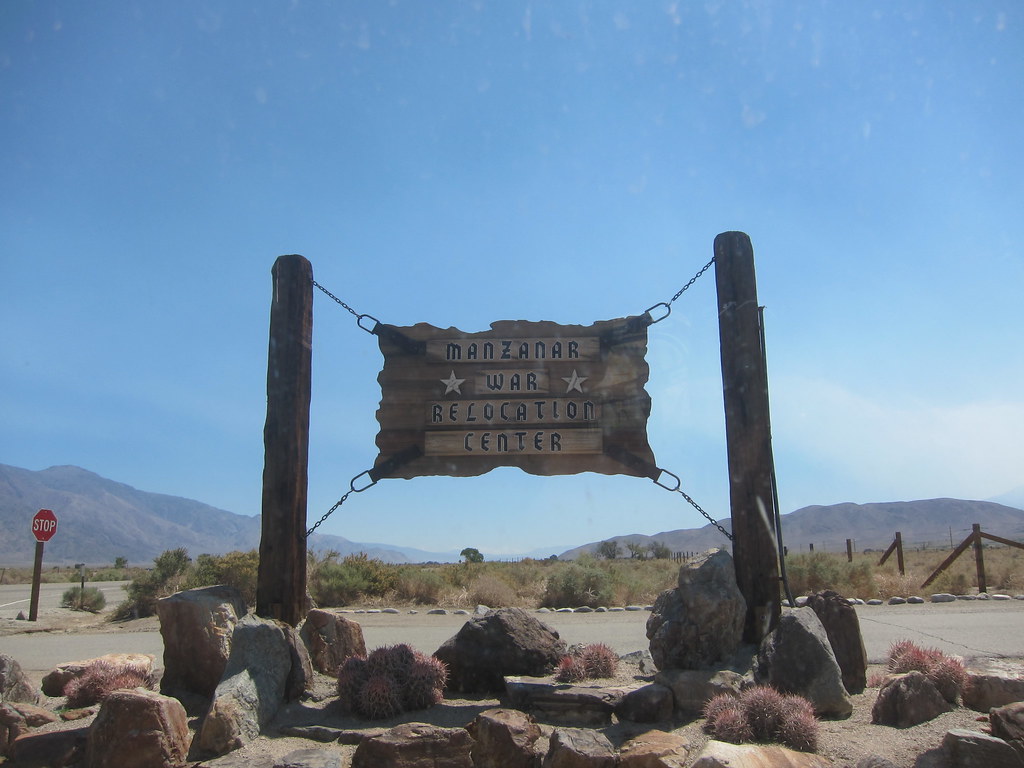 Manzanar. Of the 120000 Japanese Americans that were relocated during WWII, 11000 were moved to Manzanar. 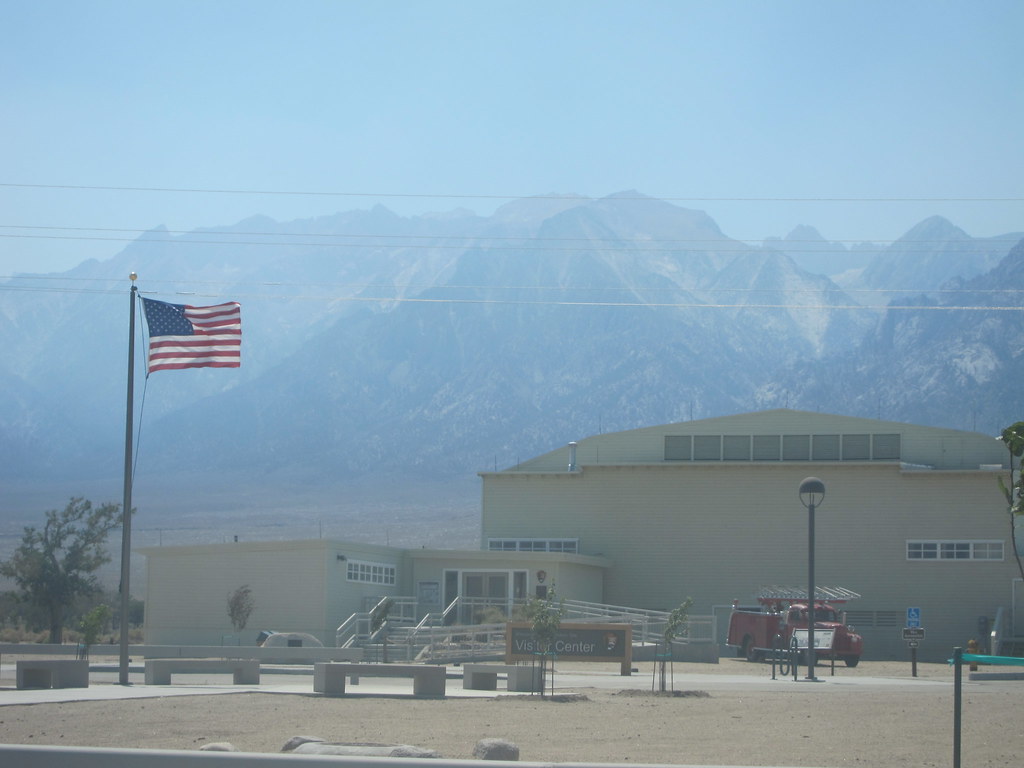 This was their auditorium. Its is the only building left (aside from the reconstructed barracks). It held dances, school classes and assemblies. 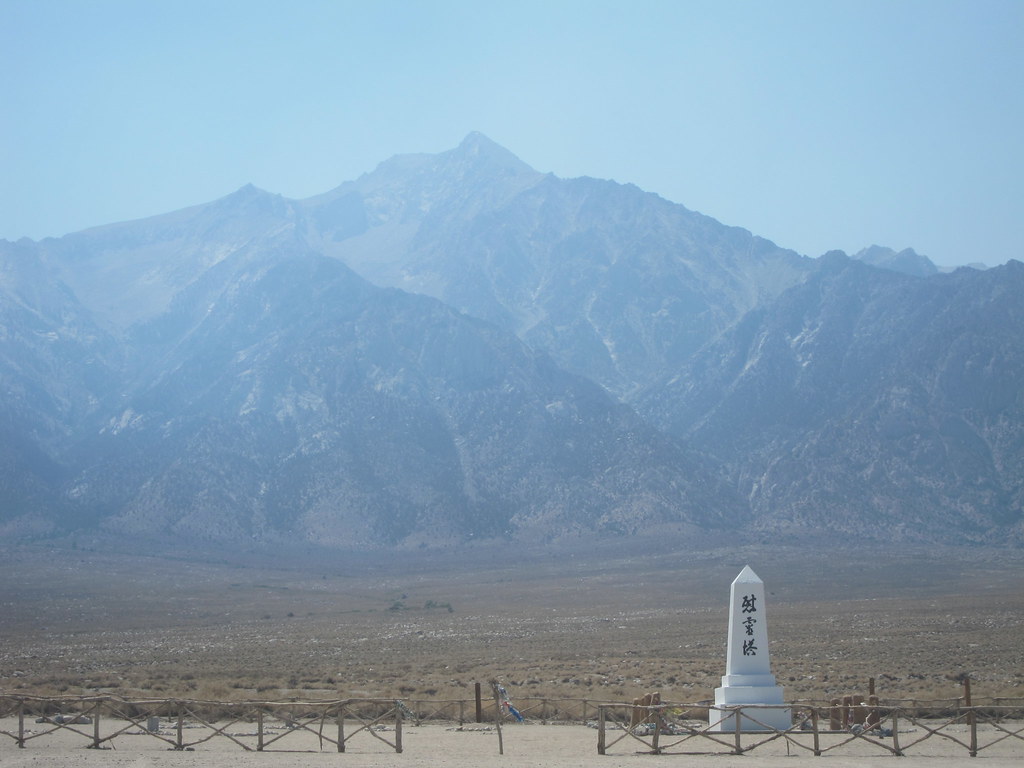 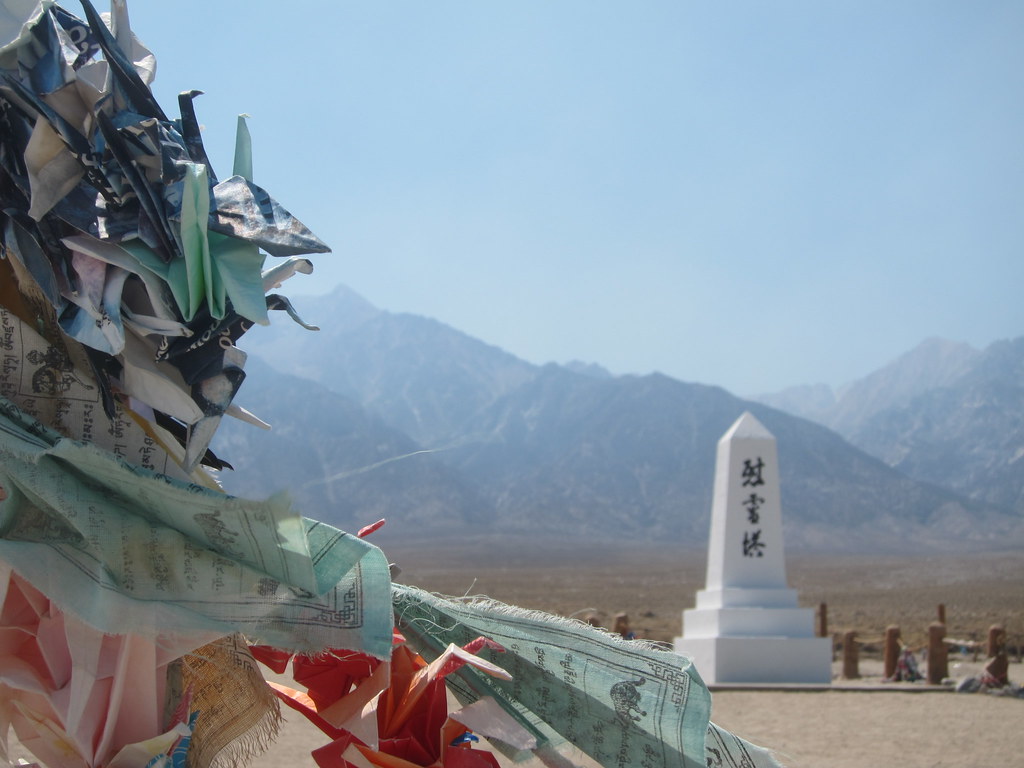 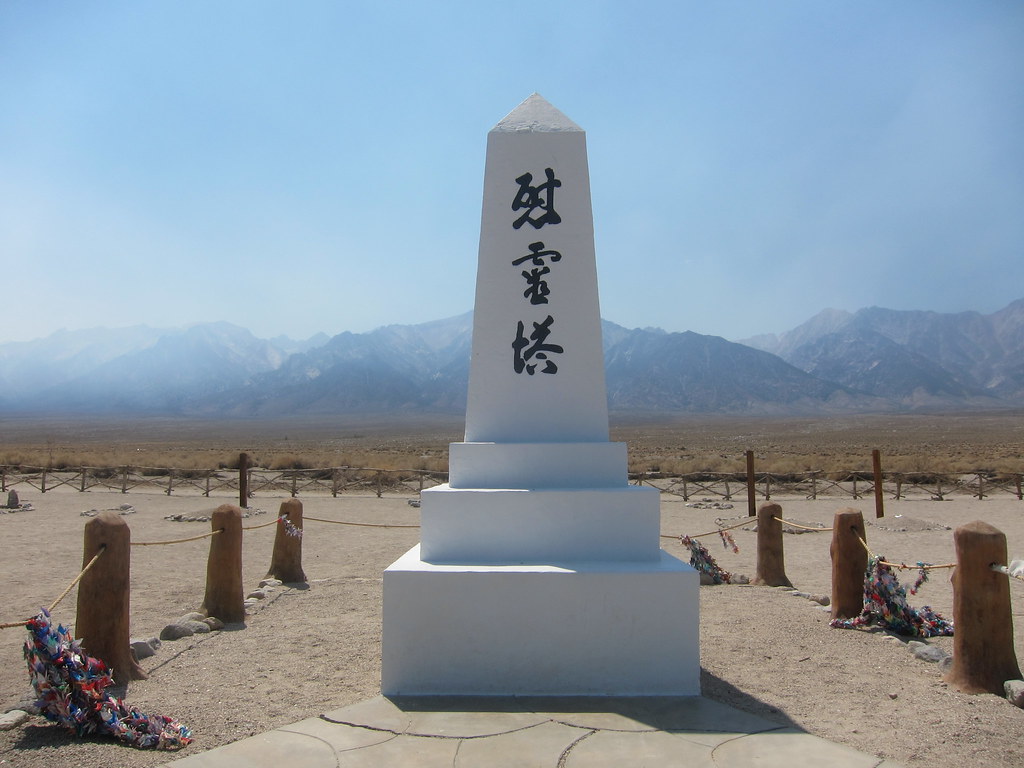 This is the memorial for the 146 people who died in this camp. Visitors tie prayer flags and thousands of cranes to this site.

It was an odd weekend. On the one hand, I hiked/scrambled up small mountain and saw really beautiful landscapes. On the other, I visited a place where thousands had been moved against their will and forced to live for years. They made gardens, organized a toy donation center and even made camouflage nets for the country that put them there. Yet all that was left was one building, two rebuilt barracks, and a white memorial.

As I stood in the windswept valley floor, surrounded by the few relics left of a story Americans often summarize into paragraph of a history textbook, I felt empty. How fast time can take away these moments, the small achievements and the lessons of war.