A Lazy Afternoon In Podgorica

To be honest, our morning day trip to Mount Ostrog Monastery was way more worthwhile and interesting than our subsequent afternoon wandering around what probably is the least happening capital cities in Europe. Nevertheless, I do appreciate having some kind of sane respite after a whirlwind week through 10 cities and 5 countries.

Our first stop after leaving the Podgorica Bus Station was a 15 minute walk northeast to Church of the Holy Heart of Jesus, the only Roman Catholic Church that was built in 1969 to replace the original church that was destroyed during World War II. It is remarkable for being a unique example of brutalist architecture, made to resemble Noah’s Ark. 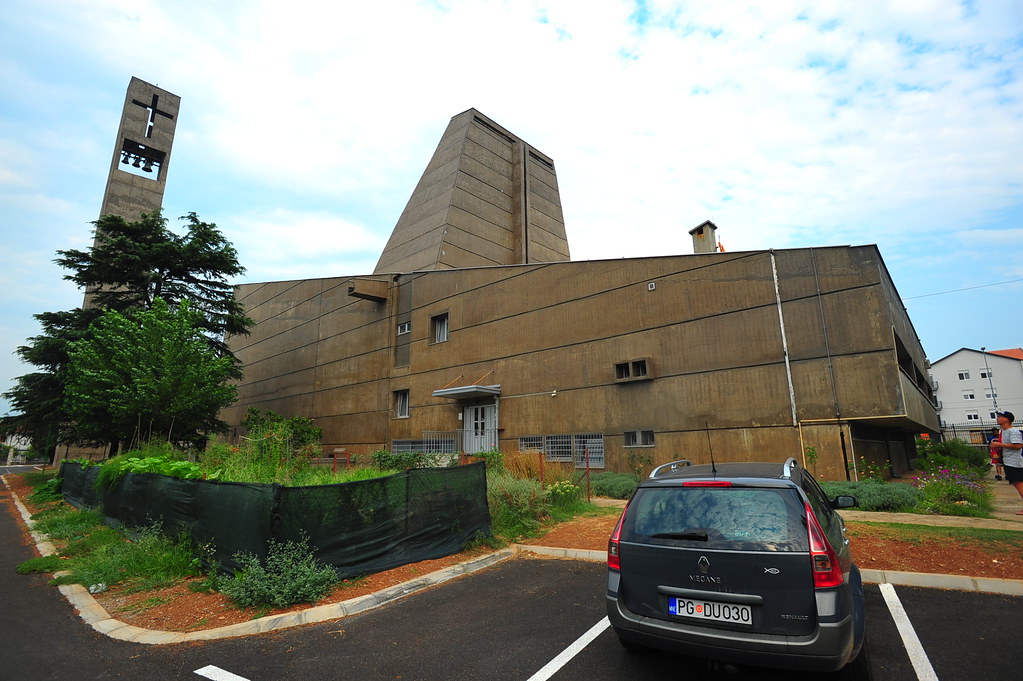 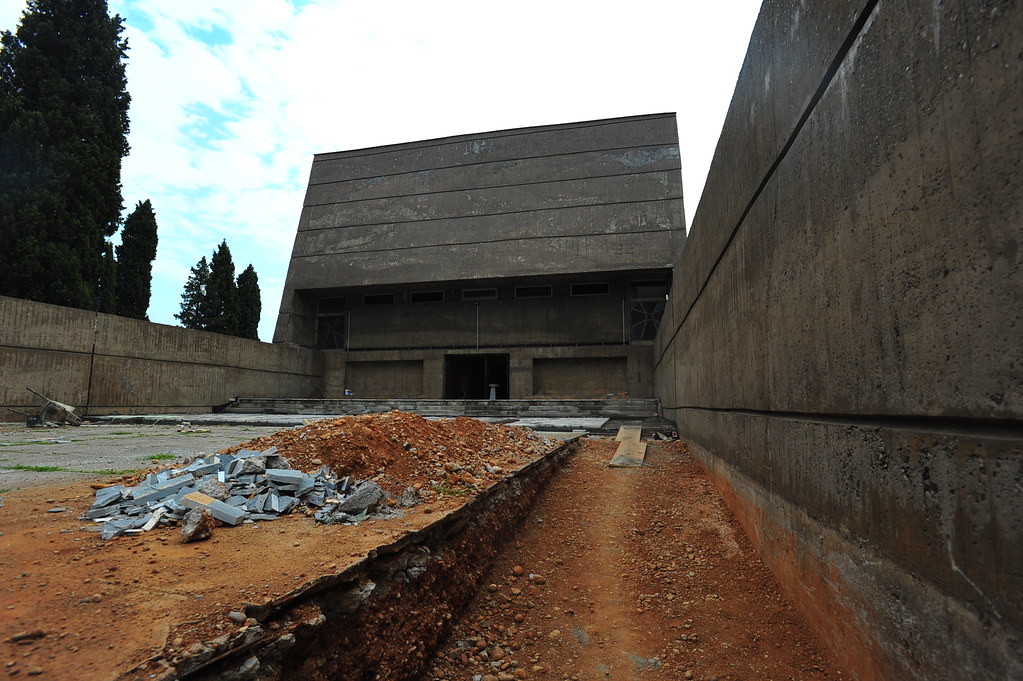 As we snuck around, we realized we were the only people here. 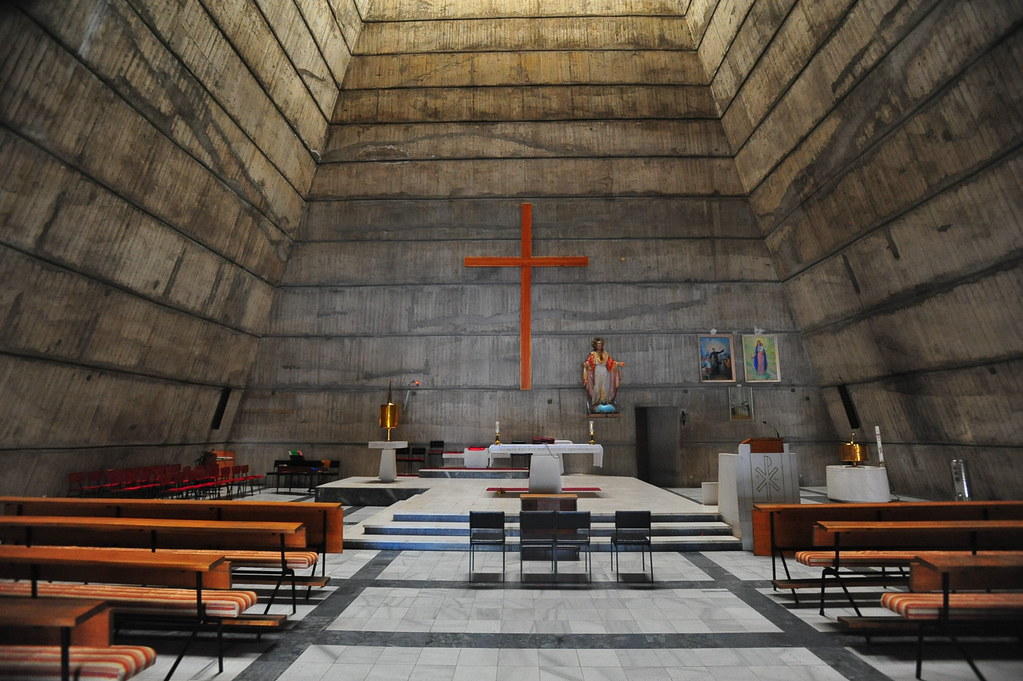 After exiting through the backdoor offices behind the chapel (which was also completely deserted and with nothing locked), we headed into downtown Podgorica, which was nearly as deserted. Even the European-style pedestrian mall along Hercegovačka was a ghost town: 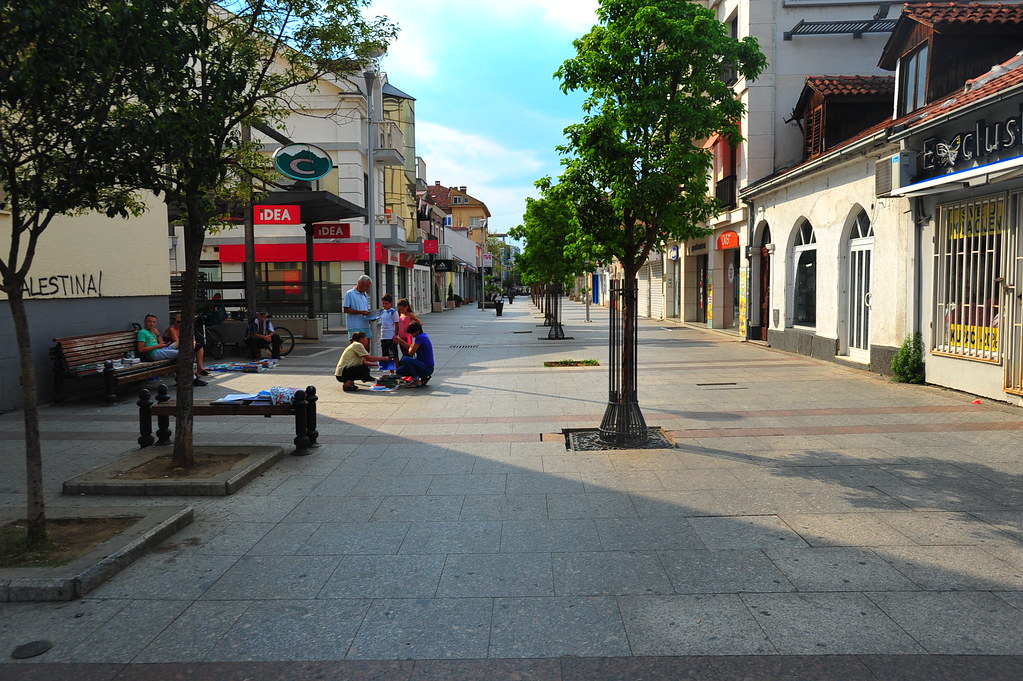 Rumor has it though (aka according to Calvin Hom and Ujas who went out last night), downtown Podgorica was packed with drinkers at night: 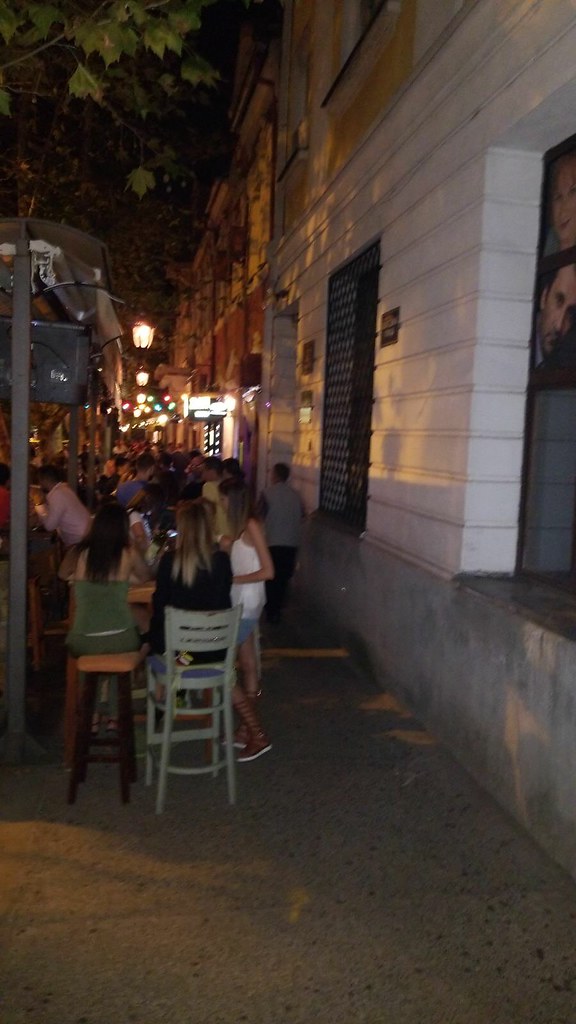 If you need sights to mark off, Independence Square marks the center of downtown Podgorica: 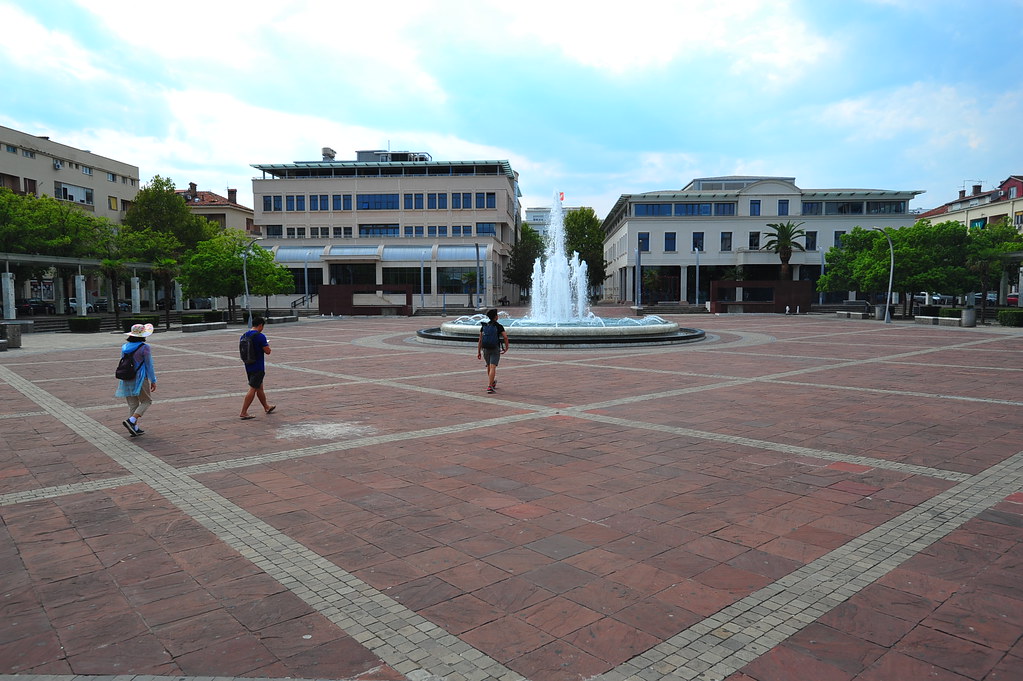 And further in is the Municipal assembly of Podgorica: 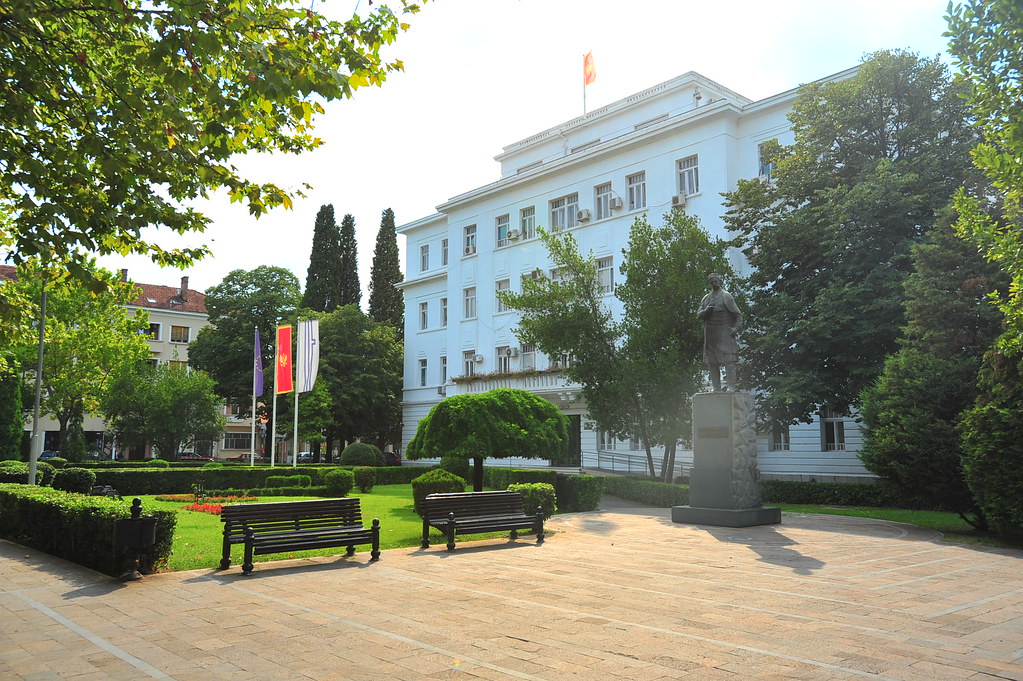 That’s…it! The group then took the rest of the afternoon chilling in an equally abandoned street-side bar. 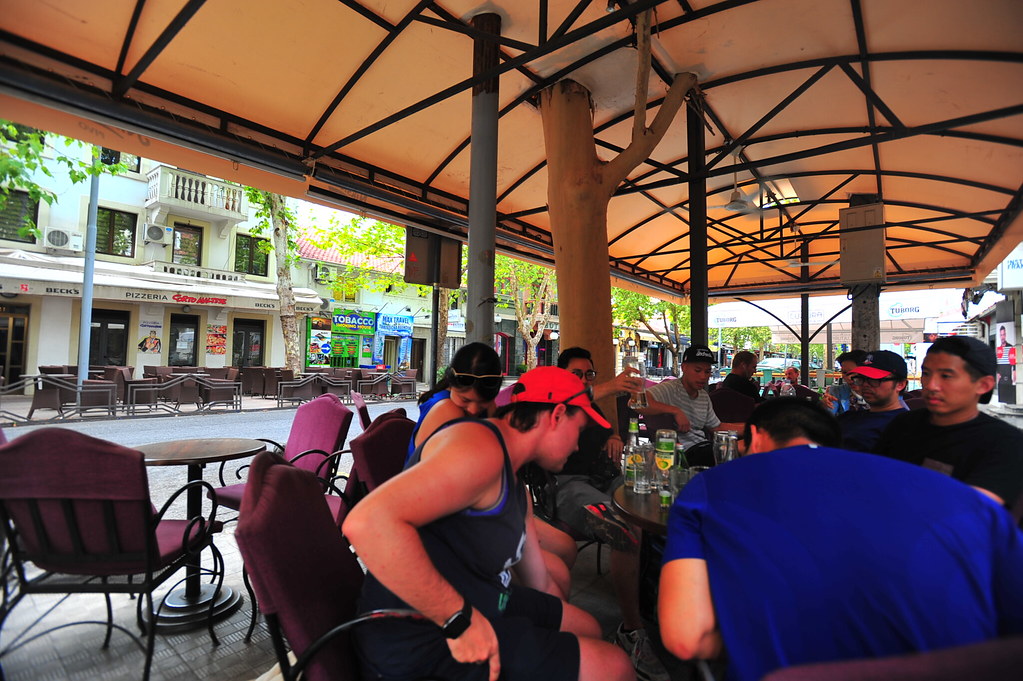 From here I headed back to our hostel located in Old Town, passing by the Monument To King Nikola: 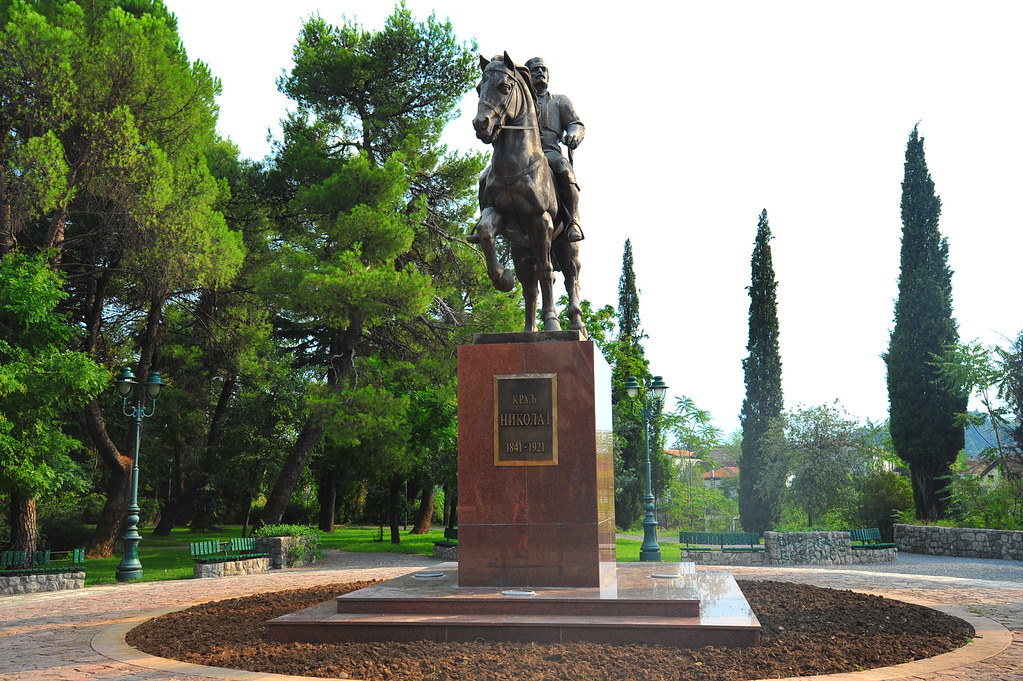 … which serves as an entrance to Sastavci Park. Don’t miss their own very Stari Most here; although it’s no Mostar, you have this Stari Most all to yourself. 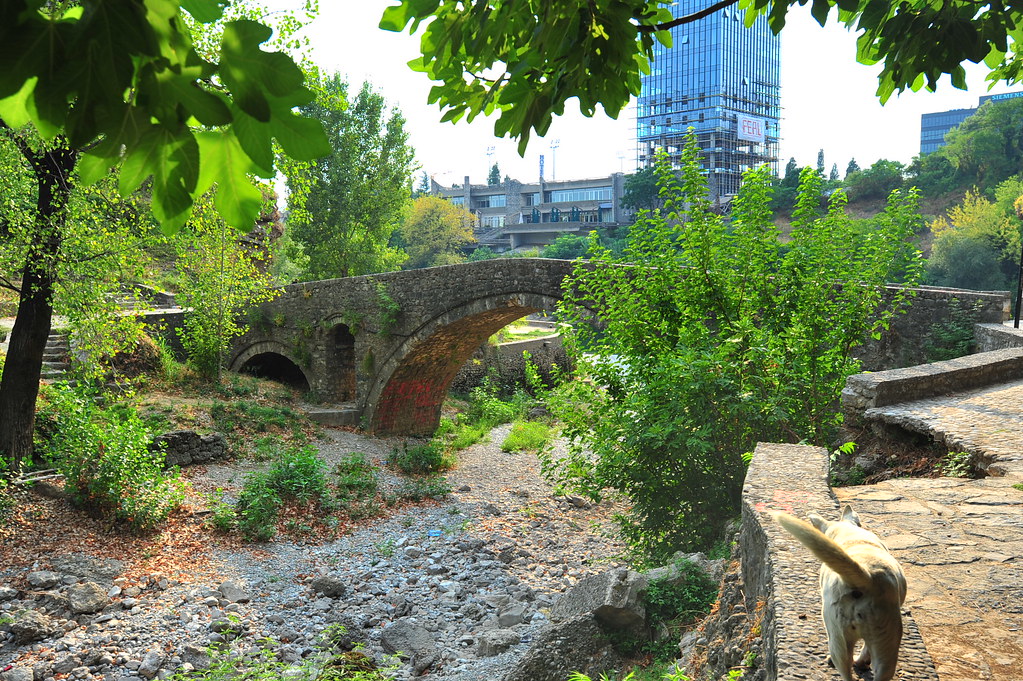 As I pack up for our upcoming 9pm overnight bus from Podgorica to Peja via Barileva Turistica, I mustn’t forget to mention that last night our group of 15 celebrated the end of week 1 (sadly without Sidian as he was the most recent casualty of this “Game of Thrones/Groans” GI virus that has been spreading around the group) with a dinner at Pod Volat located on the edge of Old Town. 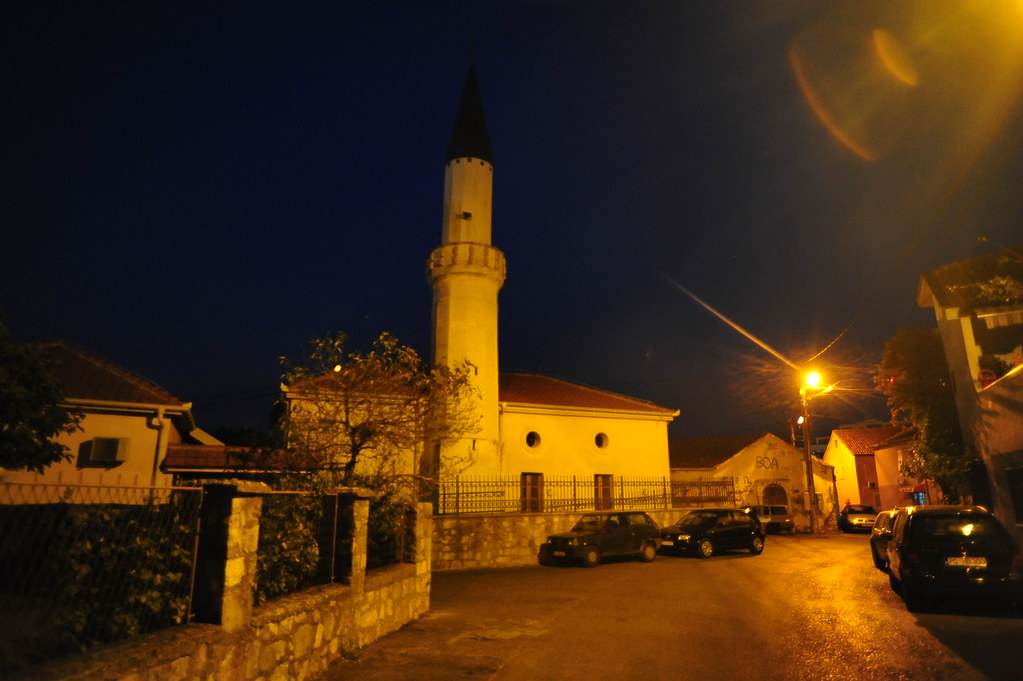 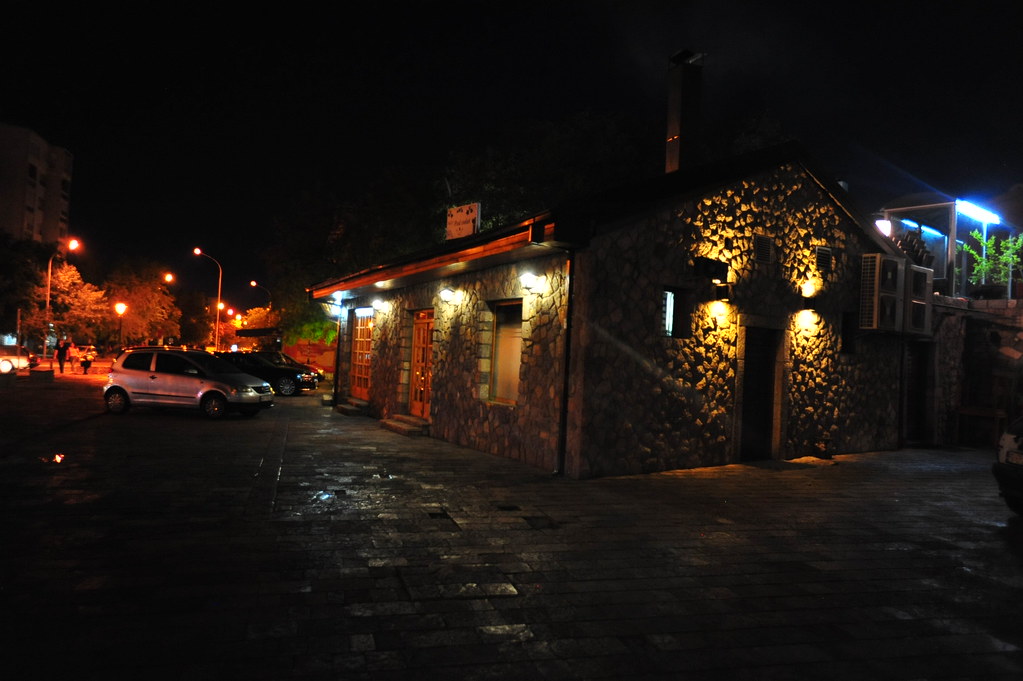 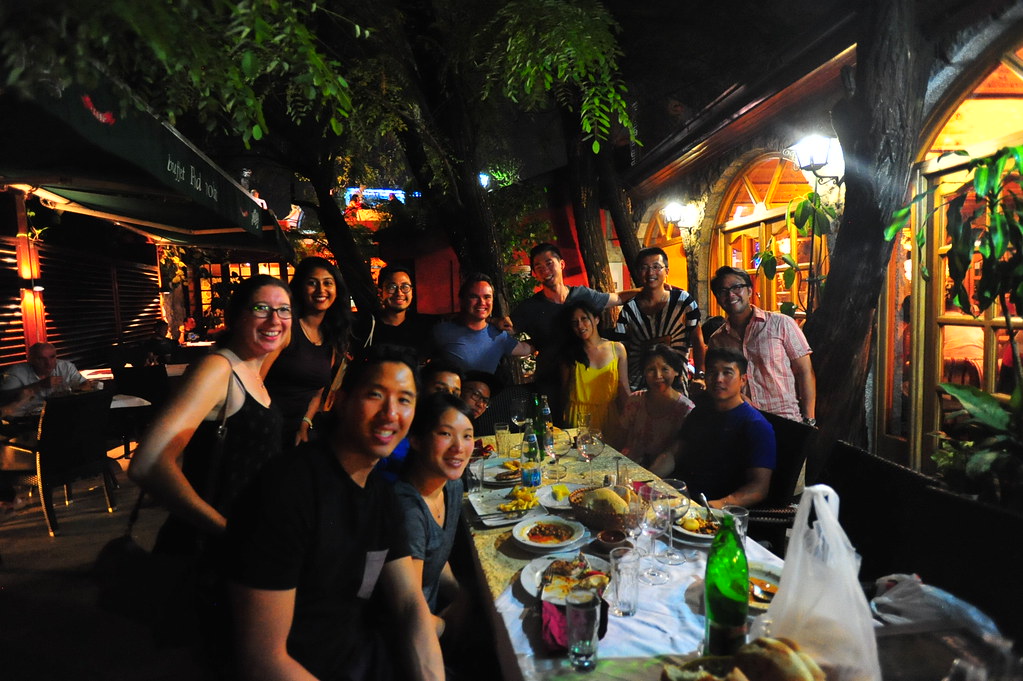 With a toast and a cheers, we mark the beginning of Week 2 of the Balkans itinerary. 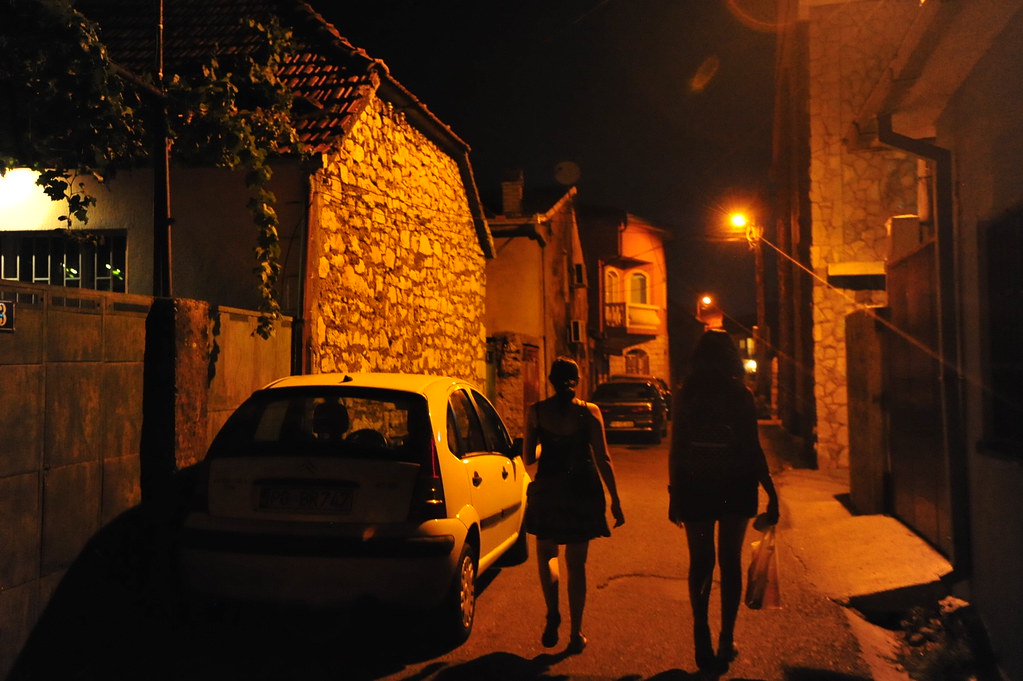