This photo I found 2 years ago on Google is the reason why I came to Peja: 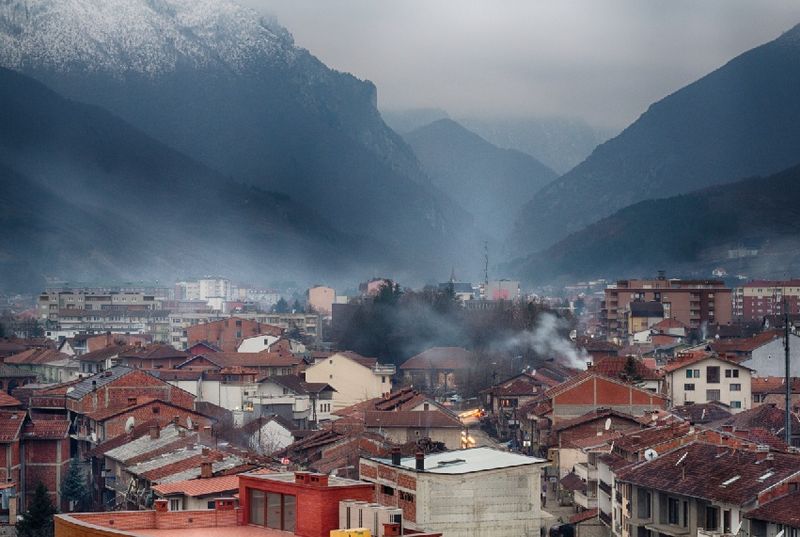 And today, I get to do my version: 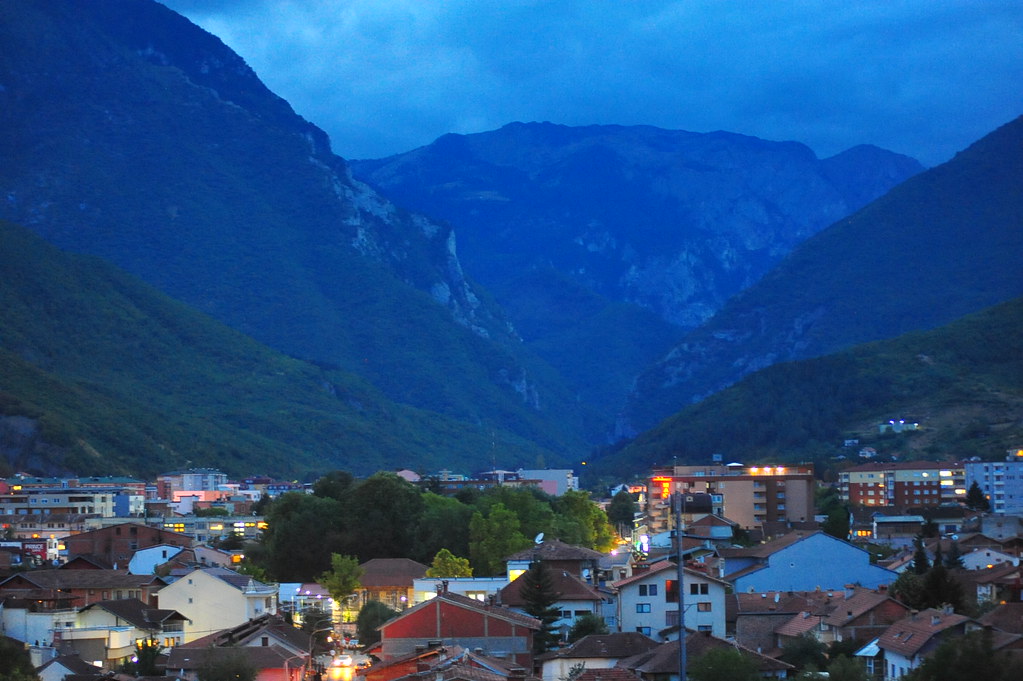 Just like how a photo of Halong Bay would get me to start my first monsoon, the former photo that I found on Google Images can lead to a whole journey just to see it for myself. And I’m glad I did.

After a lazy afternoon in Montenegro’s capital of Podgorica, we boarded the 9:30pm Barileva Turista bus to Prishtina, which included a stop at Peja at 4am. It can be a miserable bus ride, but I still was able to get in a few hours of sleep on the way there despite being woken up a few times for rest stops and twice for the border crossing from Montenegro to Kosovo at around 2am. 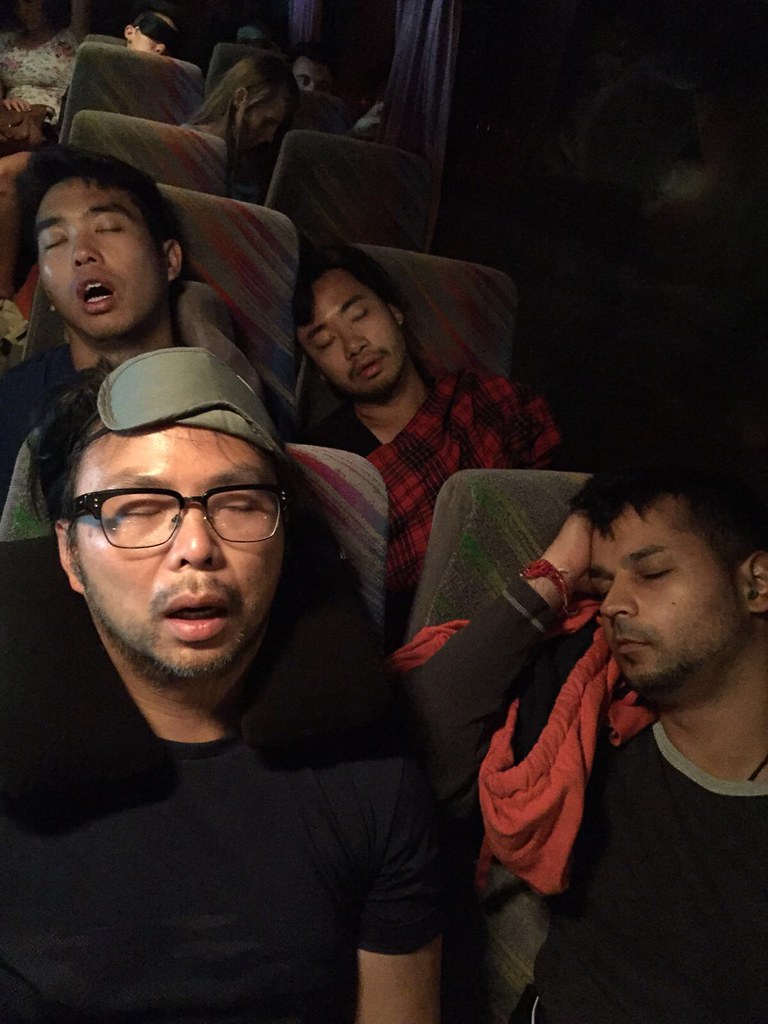 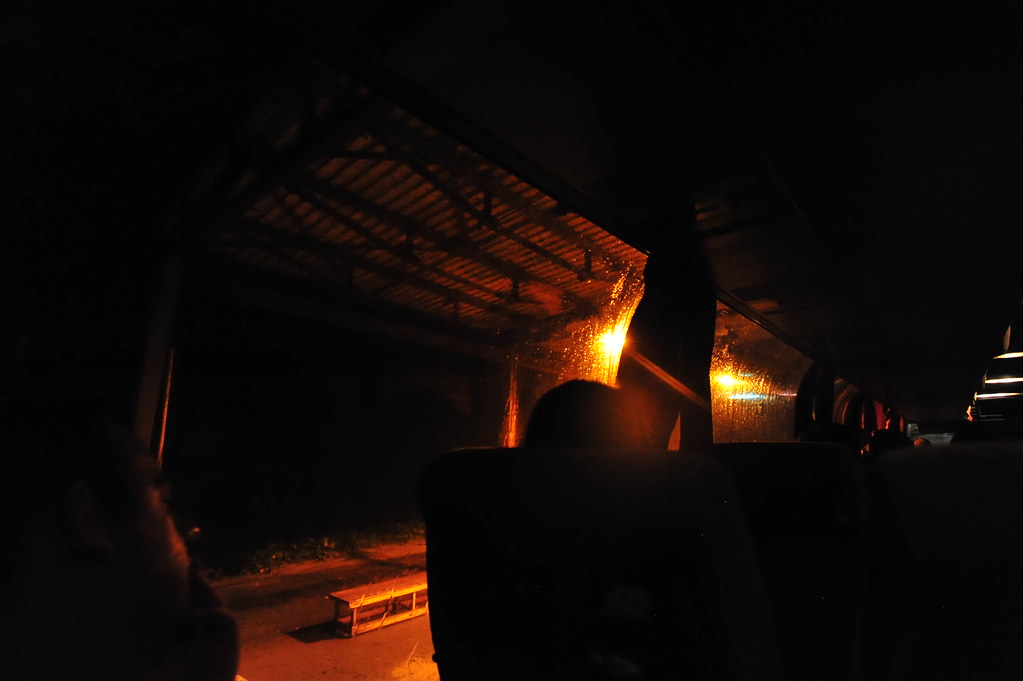 Luckily, both Montenegrin and Kosovo border guards will come onto the bus to collect and return your passports instead of making you get out (unlike the overnight ordeal getting from Costa Rica to Panama). I would pass out again, only to be woken up by bus staff at 4am telling us to get out: we had just arrived in Peja. 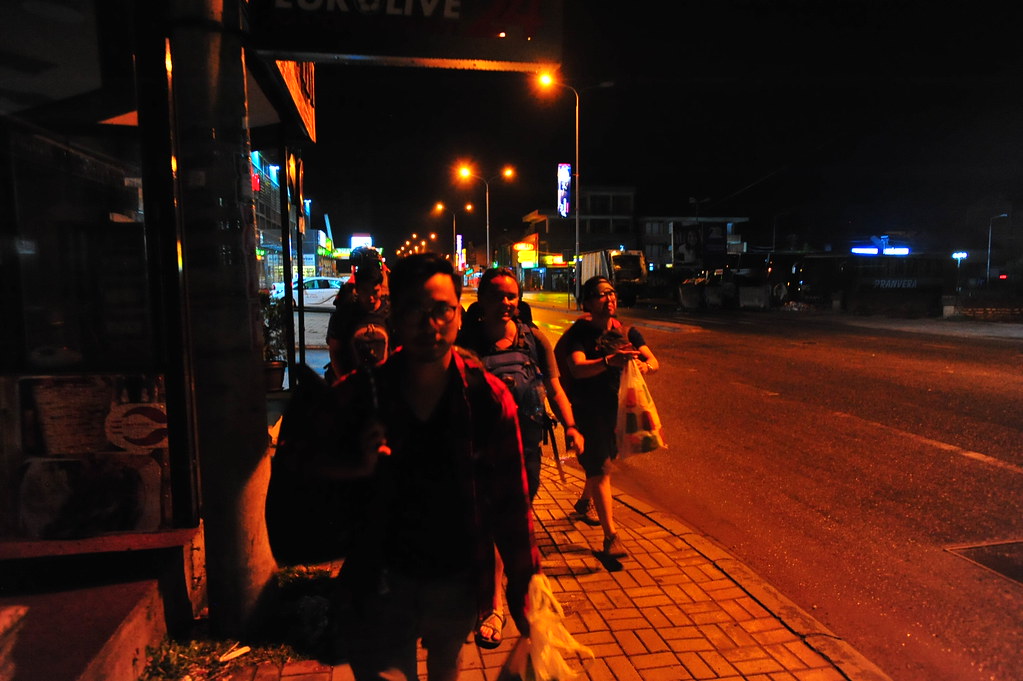 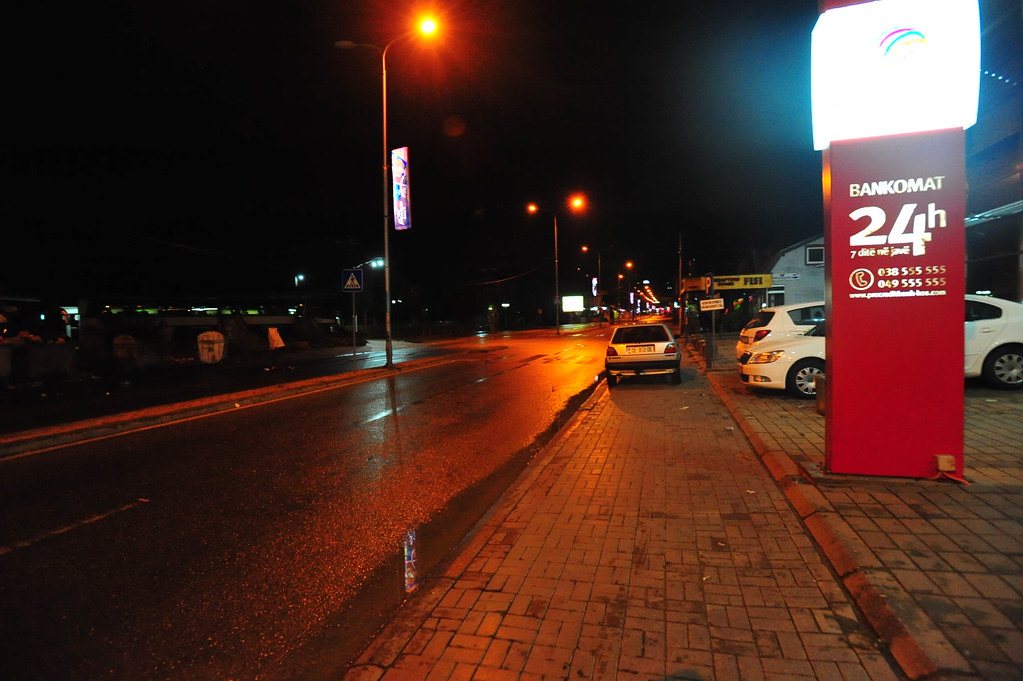 Although taxi drivers at the bus station were charging our group 10 euros per car to take us to our hostel that was a 4 minute drive away, we opted instead to do the serene 20 minute walk through a completely deserted city. As bad as it can sound, I enjoyed the calmness of having an entire city all to yourself. We ended up finding Hostel Sarac which left its doors open for us and we all snuck in, crashing on their living room couches.

At around 8:30am we then were woken up again to make way for breakfast and we decided to take this time to explore what Peja had to offer during the daytime. Where the nighttime showed us a dead city, the daytime was bustling with traffic. Luckily the surrounding Rugova Valley made a good distraction. 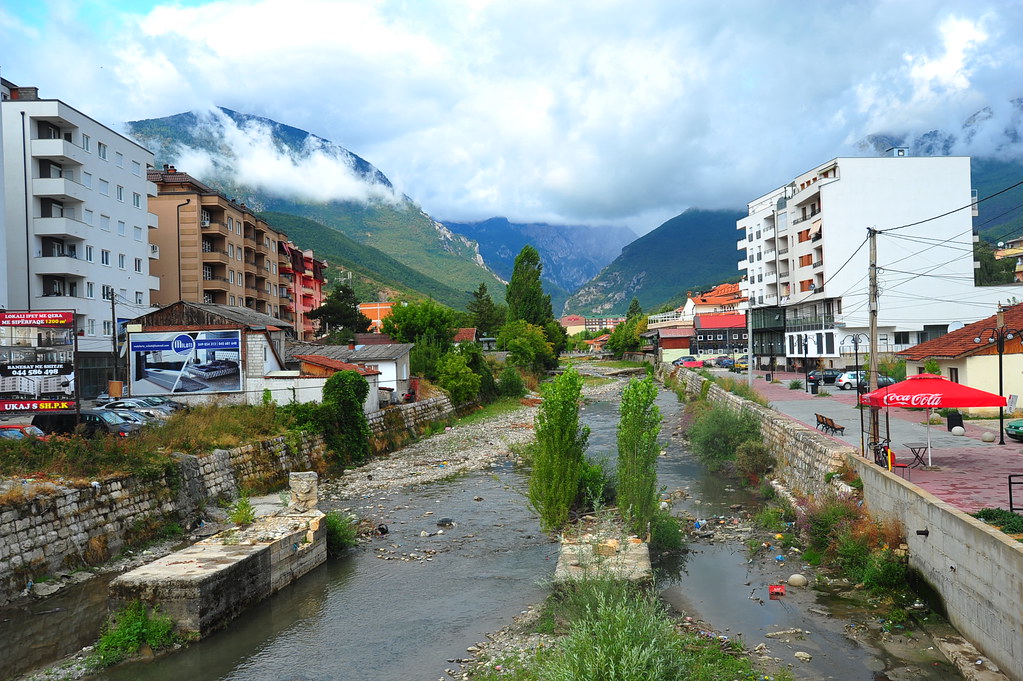 We then escaped into the Turkish-style Bazaar, first visiting Carshi Xhanmija in the center, one of the most important and sacred buildings in Peja built in the second half of the 15th century during the Ottoman rule. 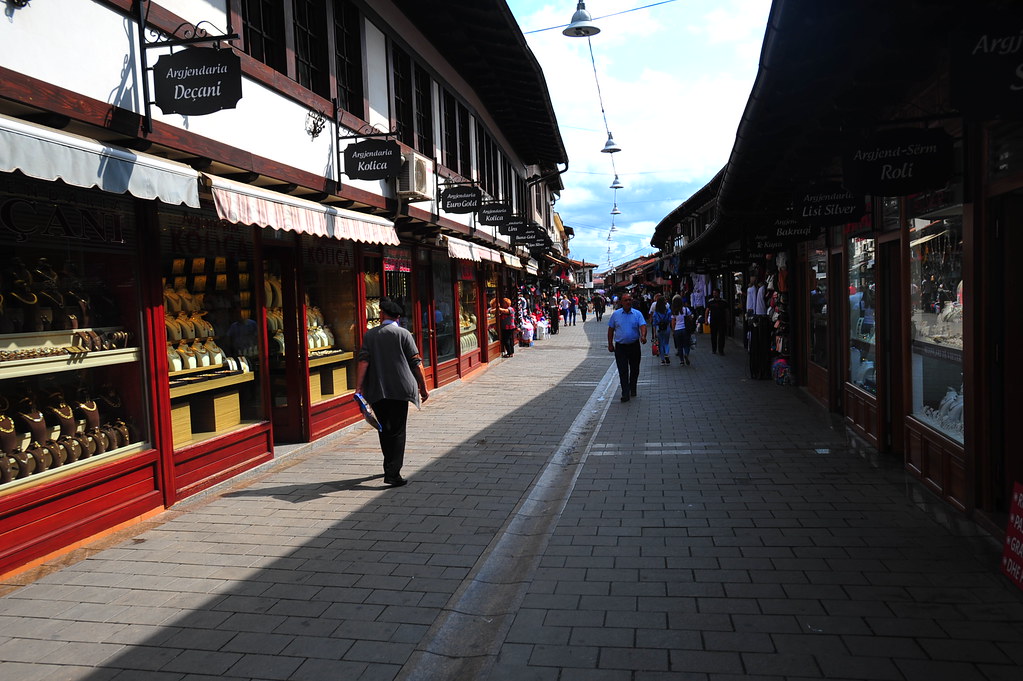 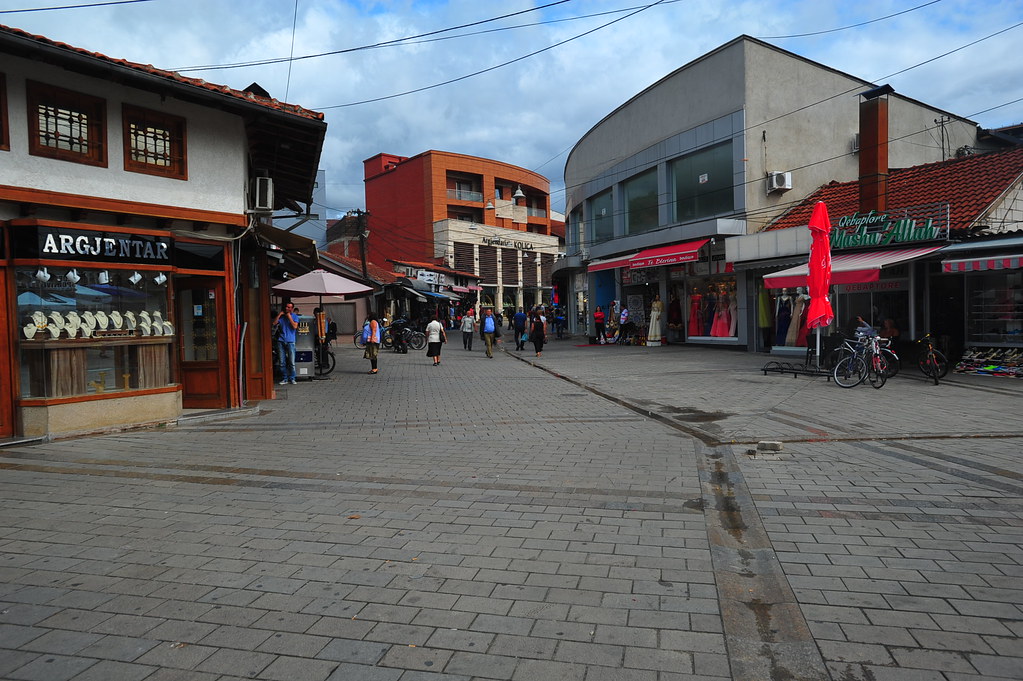 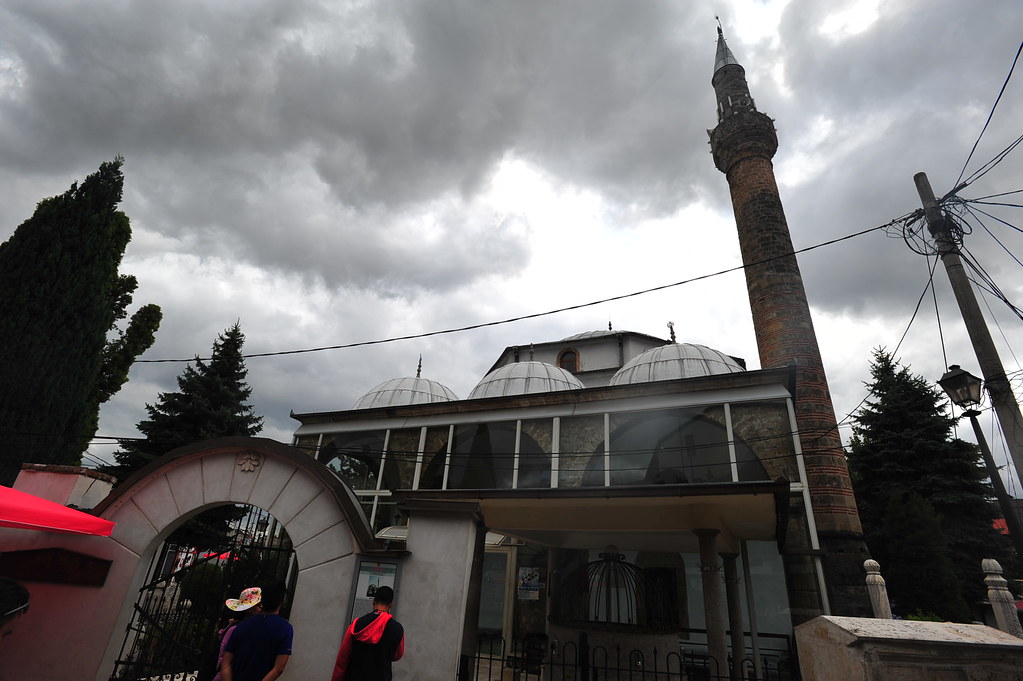 Afterwards we hiked up north 20 minutes along Mbretresha Teute towards Patriakana e Pejes, a UNESCO World Heritage Site and Serbian-Orthodox monastery built sometime between the 13th and 14th centuries. 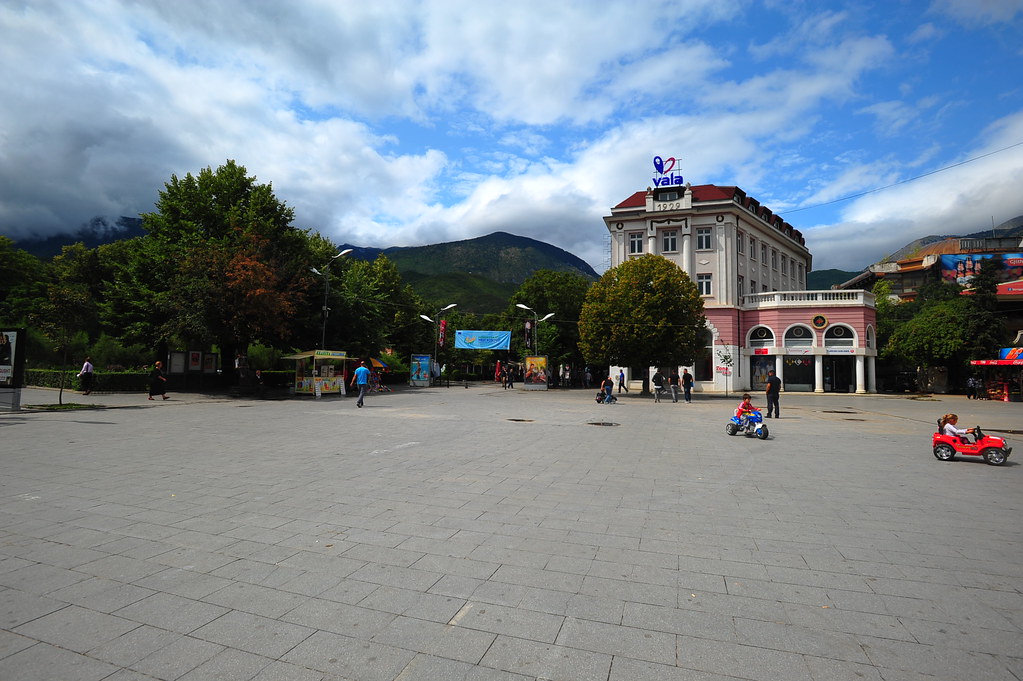 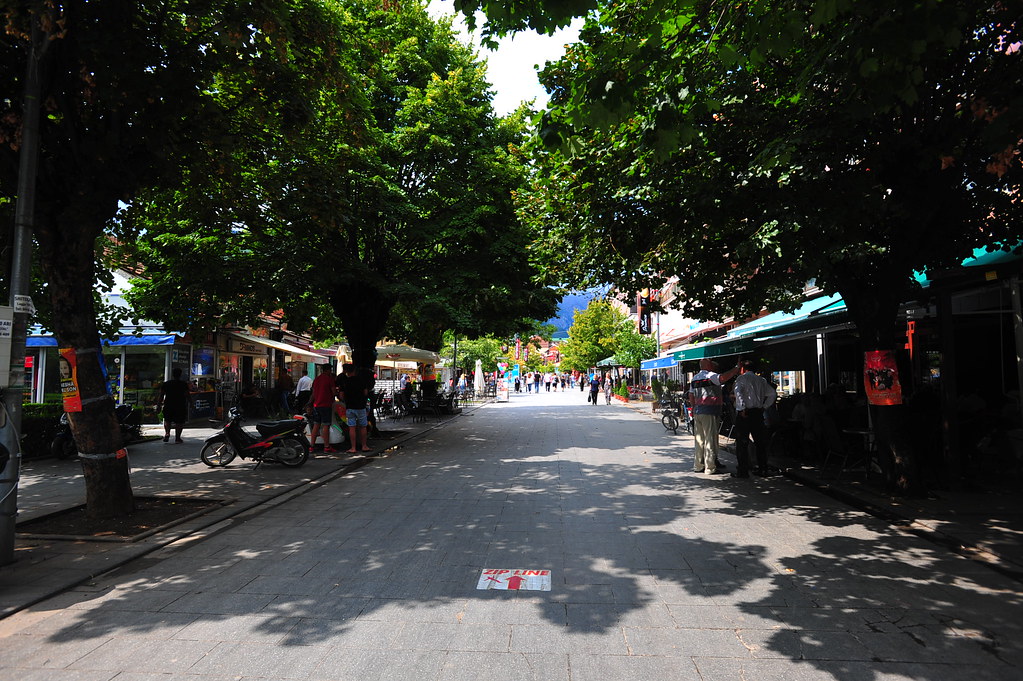 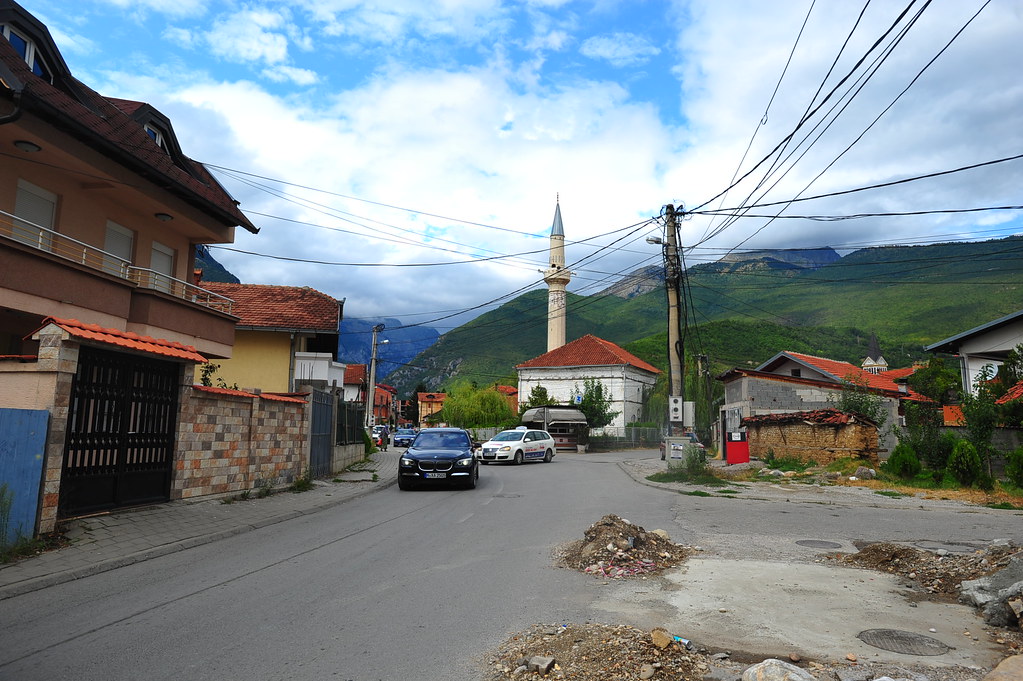 Due to tensions between the local Kosovo/Albanian population that felt oppressed by Serbian aggression under Milosevic during the 1990s, the Serbian-run monastery was placed under the protection of the UN KFOR (UN Kosovo Forces). It remains under watch by the Kosovo Police and you have to submit/register your passport here to visit inside. 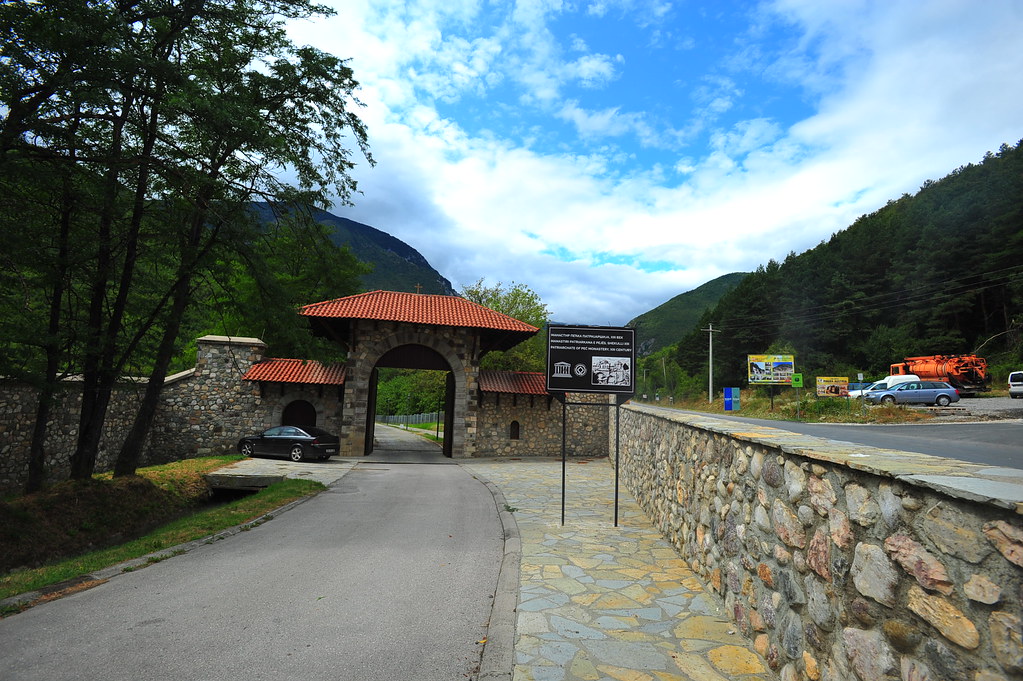 Inside the Patriakana e Pejes complex is a calm oasis overlooked by Rugova Valley. The valley summer breeze was made this a perfect setting to relax for once on this trip. 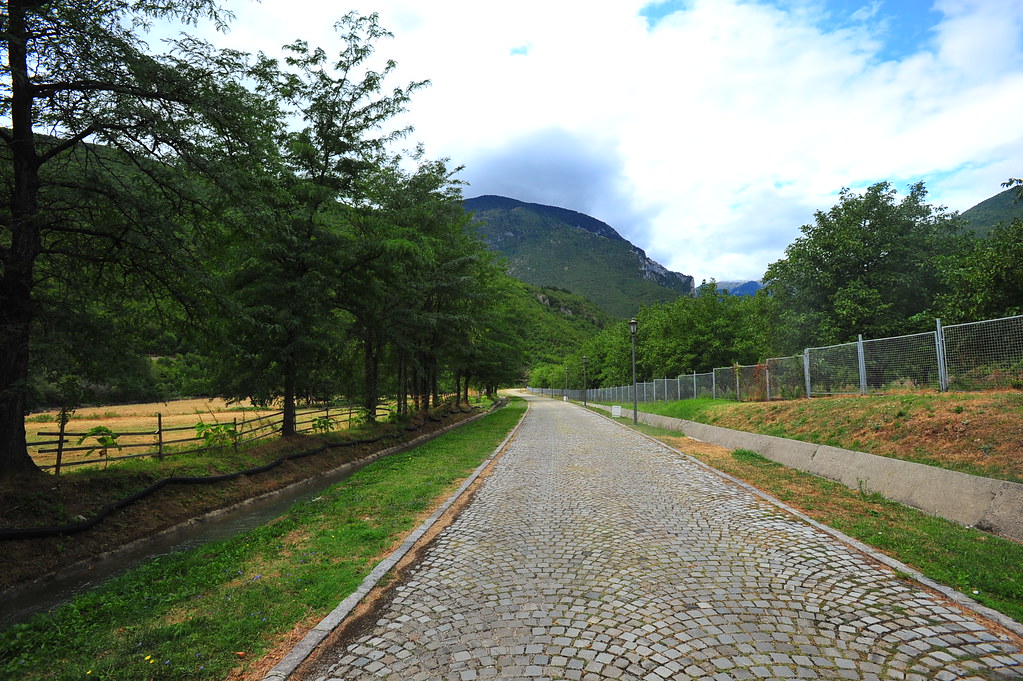 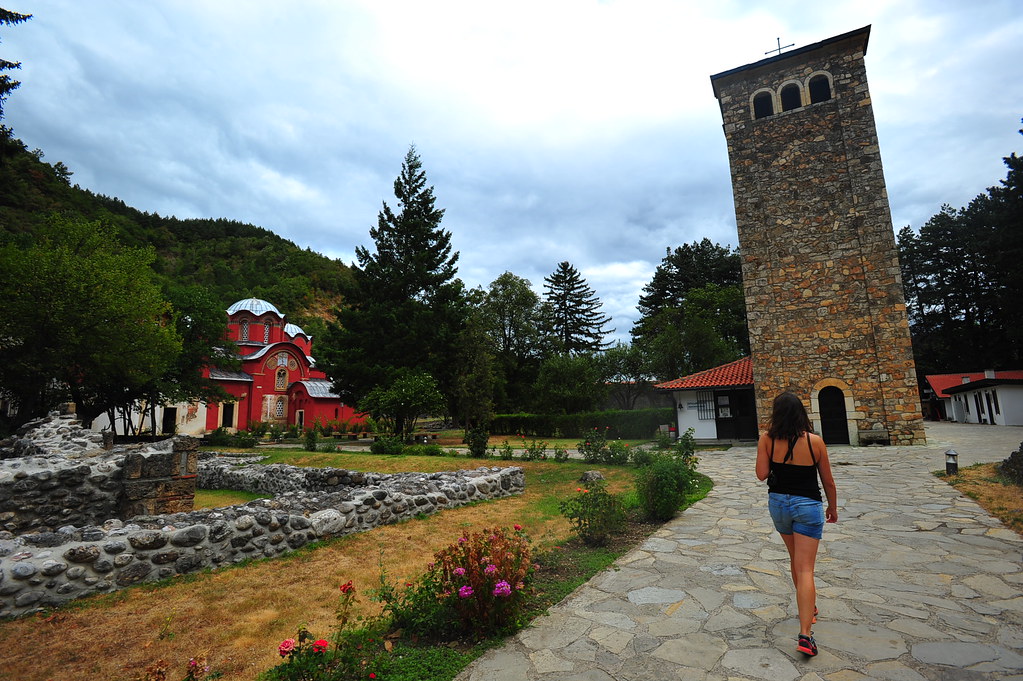 No photos are allowed inside, so I got this one by accident? 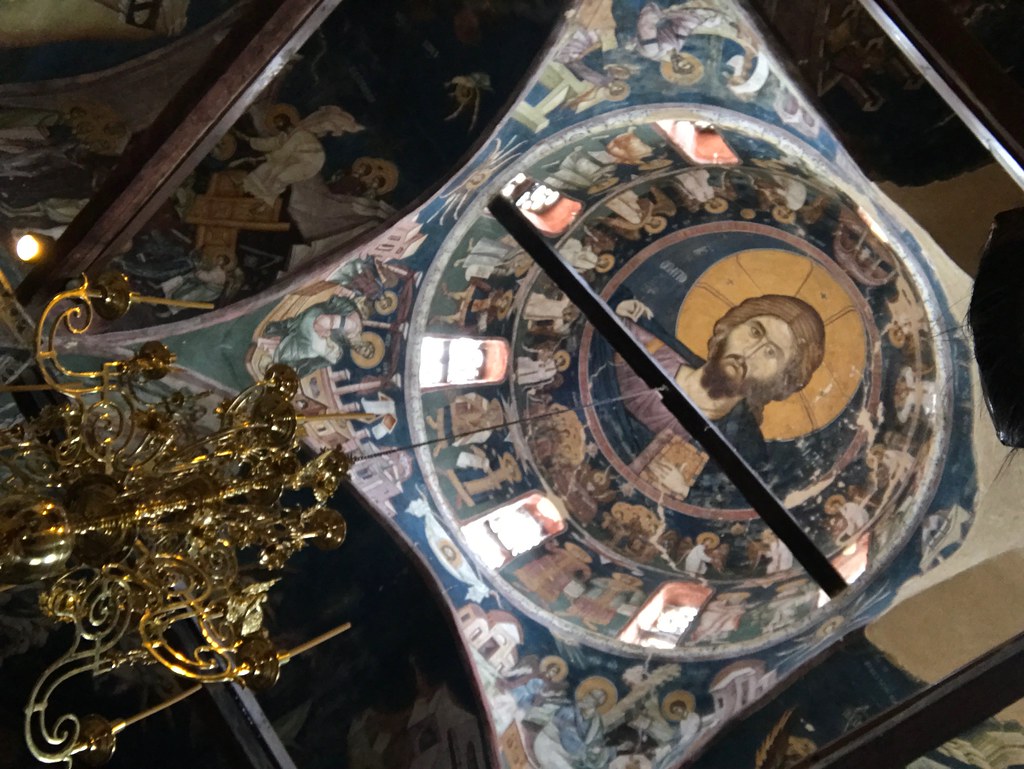 The nun inside charges you 2 euros per person to visit, which includes a thorough audio guide. She also will offer you free monastery-aged 110 proof raki to drink as a blessing! 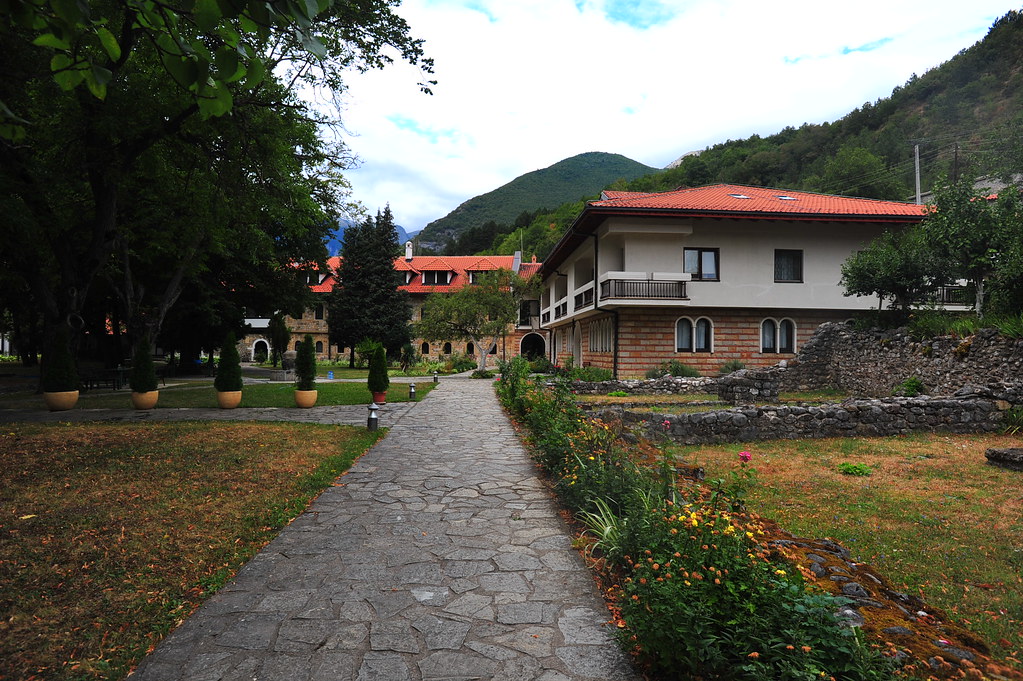 Afterwards we headed back into the city, grabbing some lunch and checking into our rooms at the hostel. There’s not really any other “sights” to see here, but rather a beautiful town in which to rest your weary legs, something which our group may have needed at this point.

But nevertheless, that thought wouldn’t last long as FOMO kicked in and the group decided to take 3 cabs to visit the Visoki Decan Monastery about 20km south of Peja. 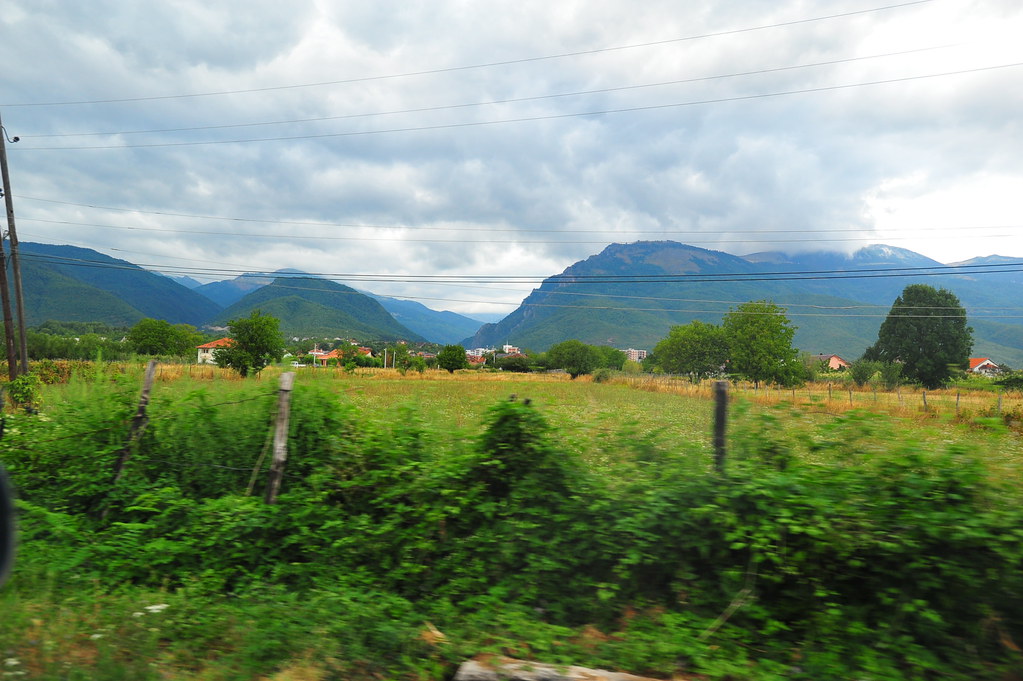 Unfortunately our cab drivers got lost, taking us as far as Gjakova before I checked google maps and made him turn around. To add insult to injury, by the time we arrived at the monastery at 6pm, the UN KFOR troops heavily guarding the monastery informed us that the monastery had just closed at 5:30pm. 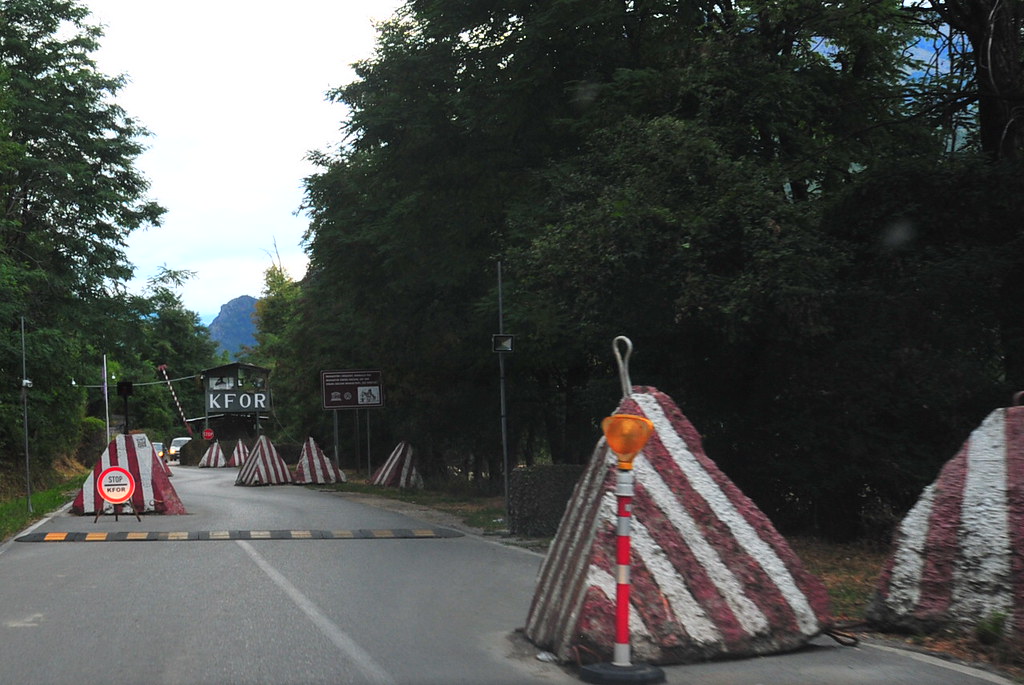 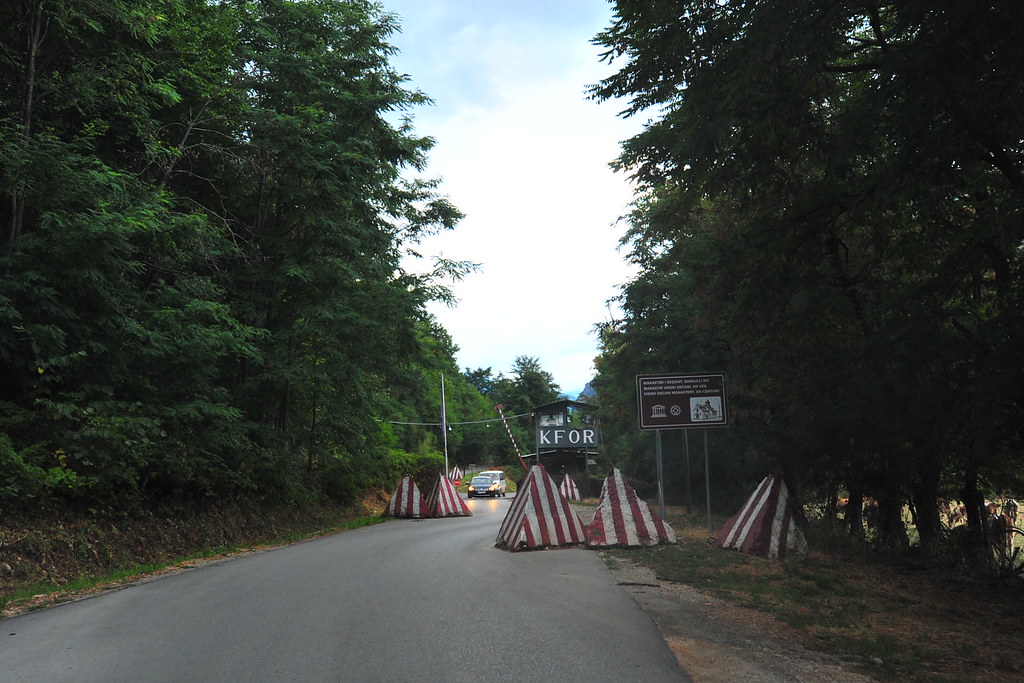 This is the best I could get with my telephoto lens: 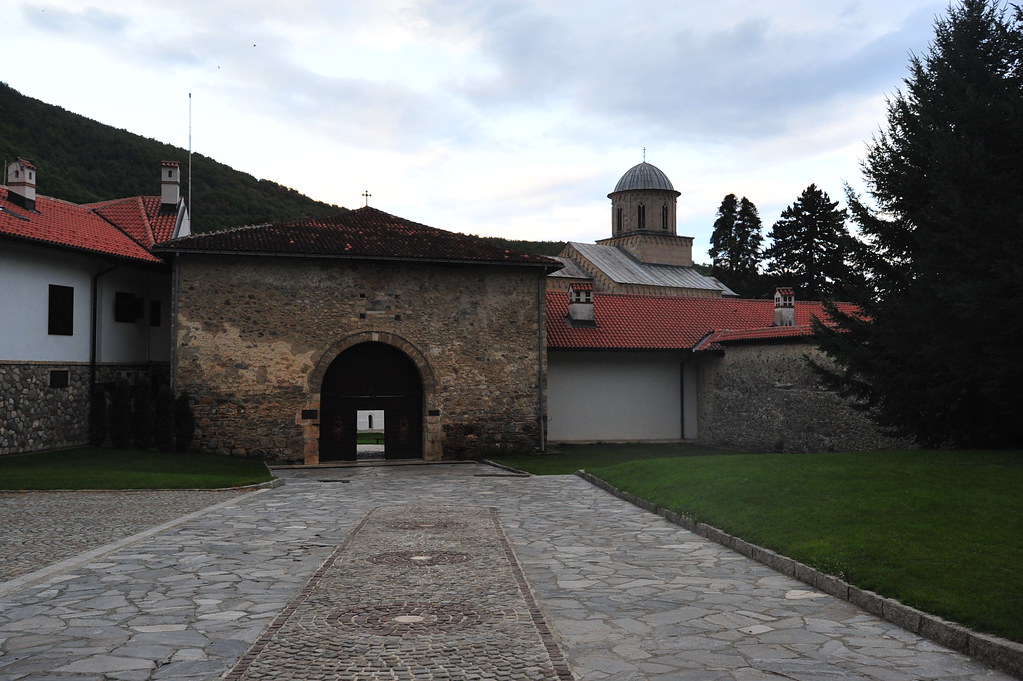 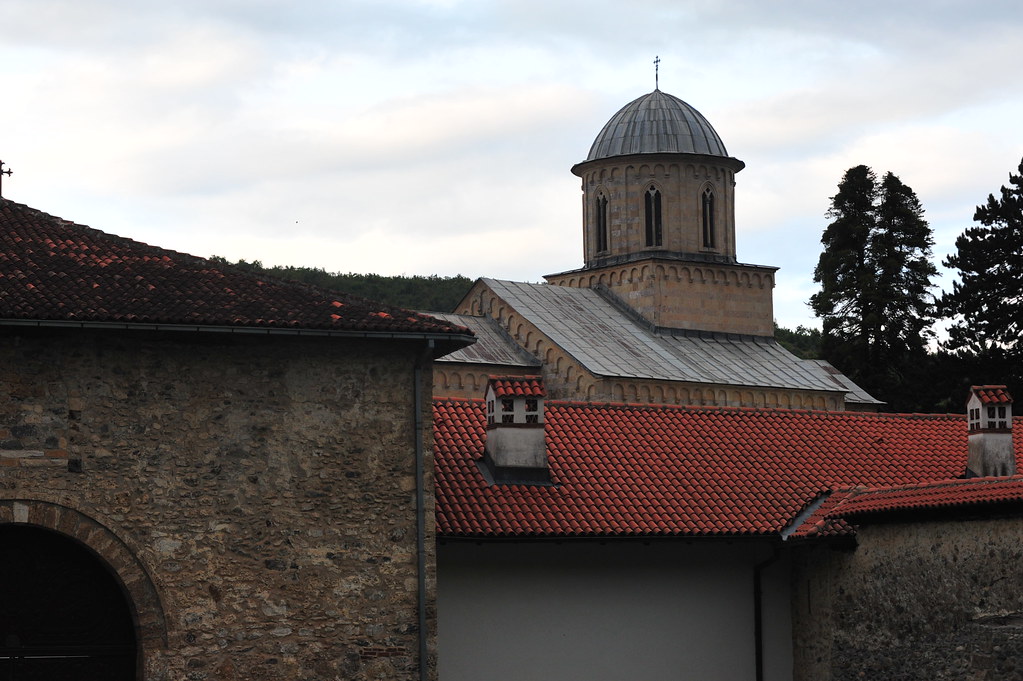 …and of the UN KFOR troops, which isn’t allowed. Whoops. At this point, I needed a consolation prize: 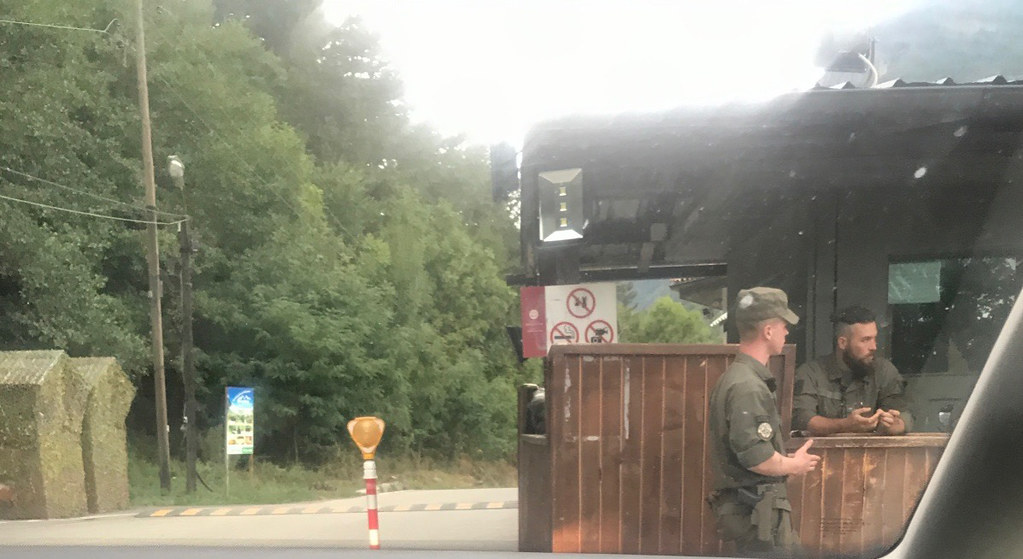 When we returned to the hostel we made a beeline to the Semitronix Hotel Rooftop Bar for the best views of Peja. 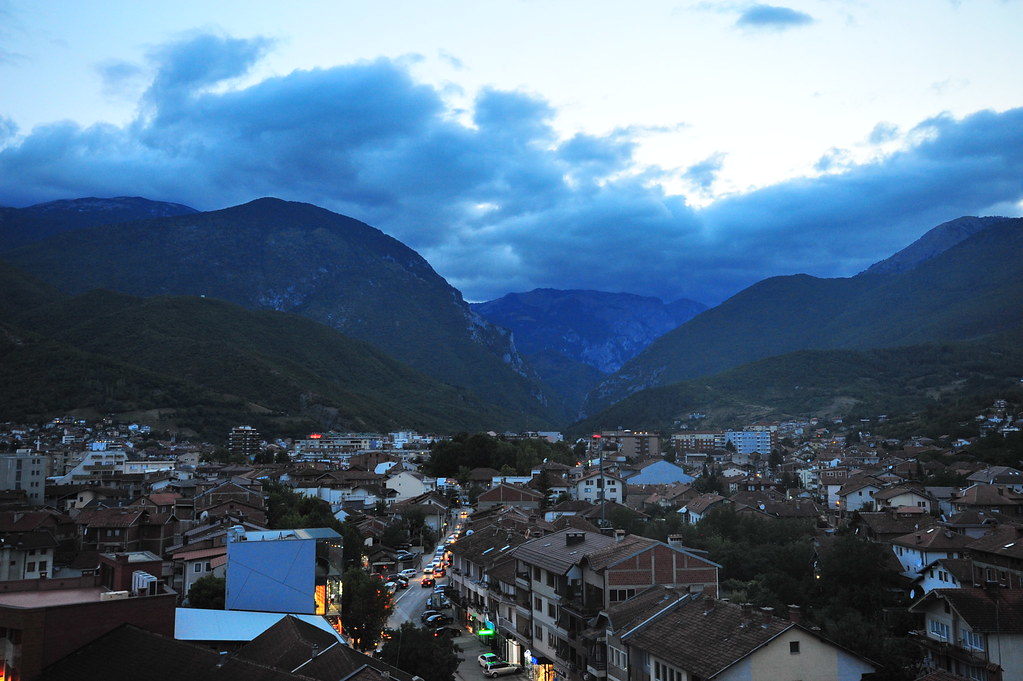 Then it was dinner at local favorite Art Design before some of us turned in for an early night while others went to get shisha at Shisha Lounge. 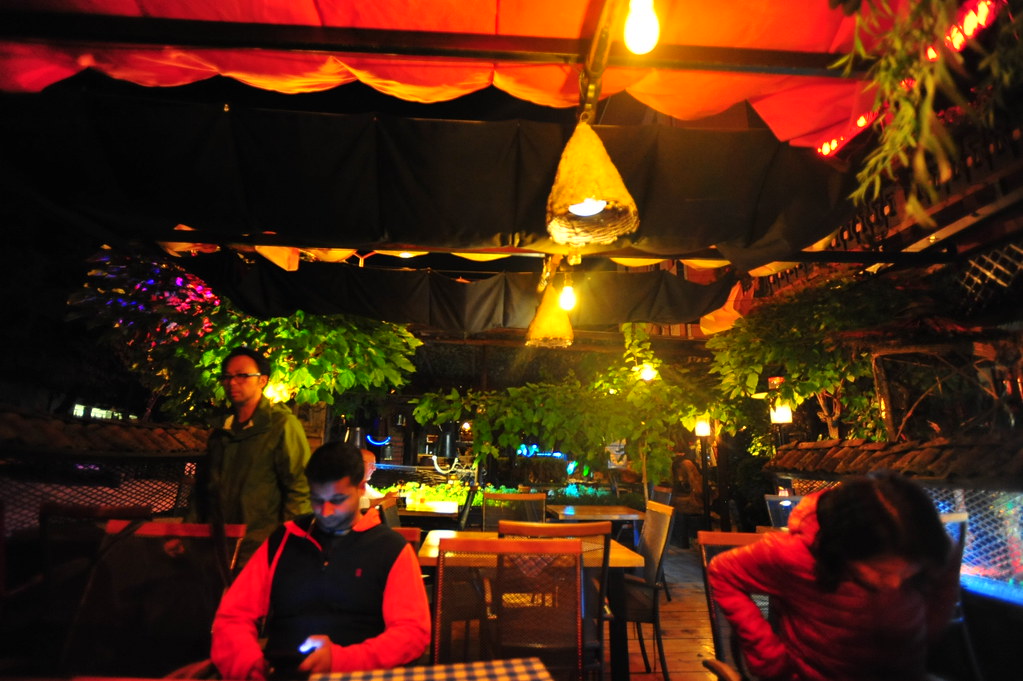 2 years in the making and now I’m finally here.