Mar Mattai – An Oasis By Mosul

After an exhausting day driving around southeastern Kurdistan, this morning Abdallah and I set out at 9am west of Erbil towards Mosul. You would expect that we drove by a ton more military bases today. 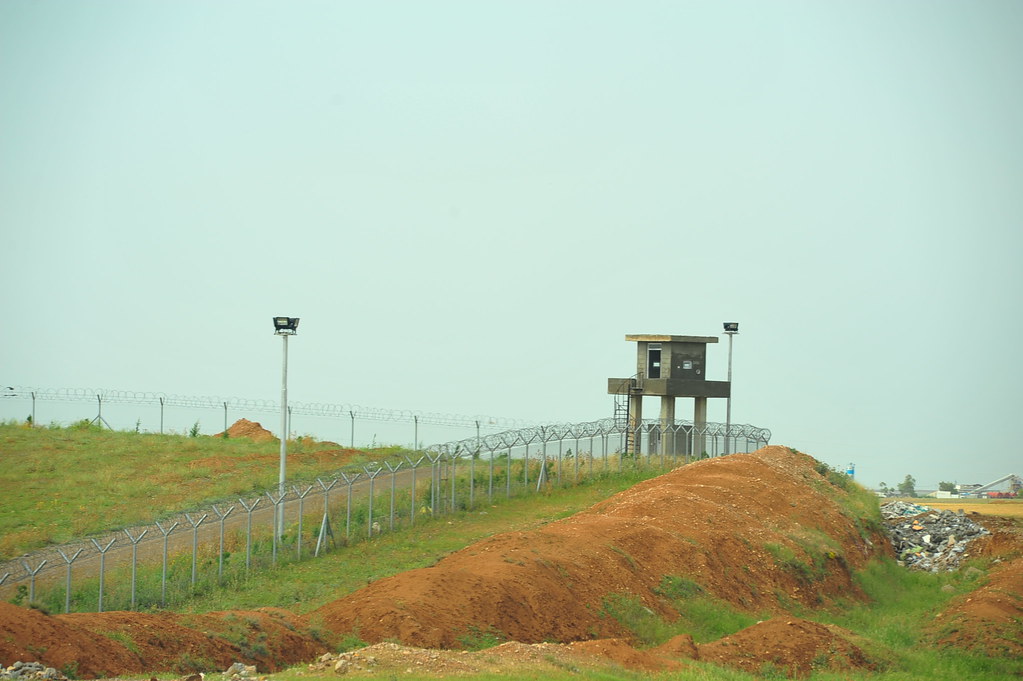 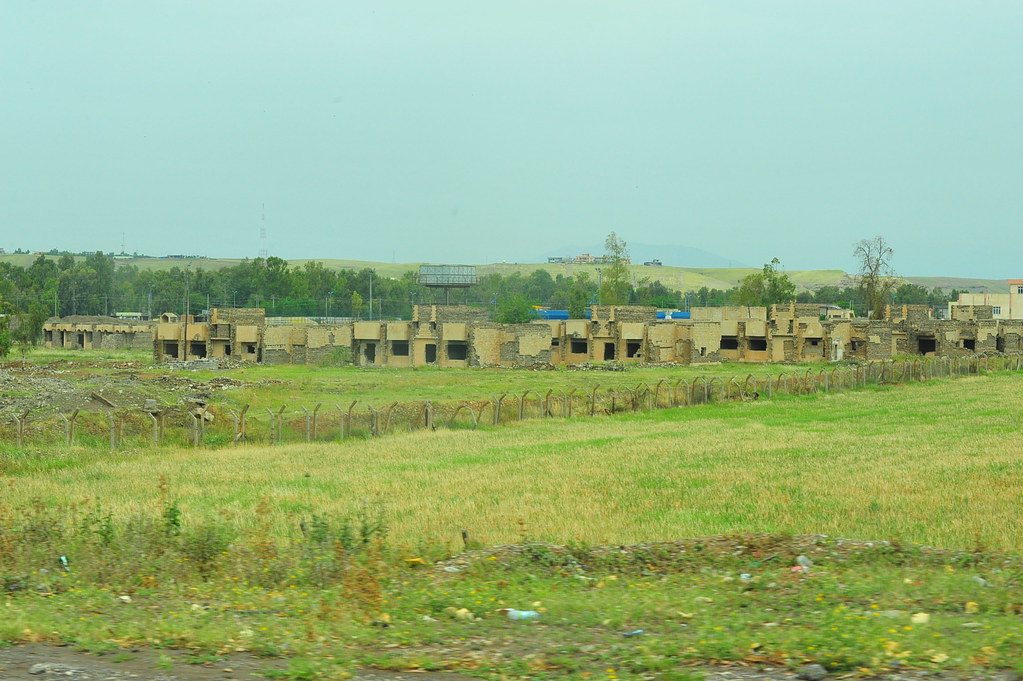 By 9:45am we had reached the main checkpoint between Kurdistan and the rest of Iraq, most notably the infamous region of Mosul that had been ravaged by the recent conflict with ISIS/ISIL/Daesh. You could see many cars trying to get out and not many trying to get in. 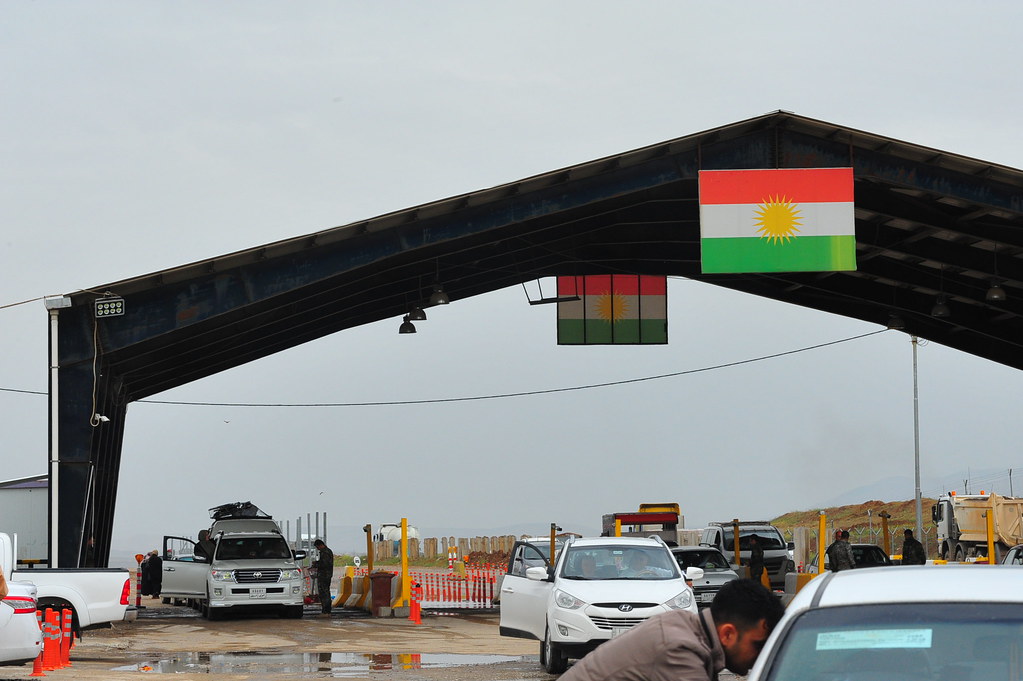 We even tried to meet the captain of the checkpoint in his office, to see what the situation was like on the ground.

After half an hour waiting for him, we decided to instead drive onwards to a nearby Pershmega military base. 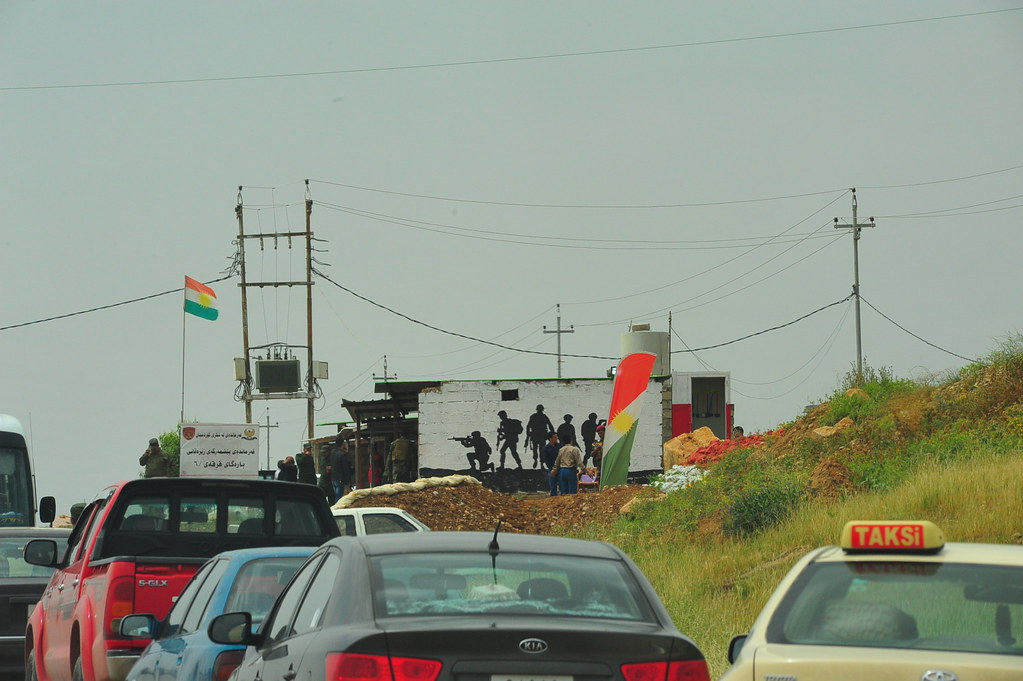 Apparently today is payday! People seemed to be in a celebratory mood. 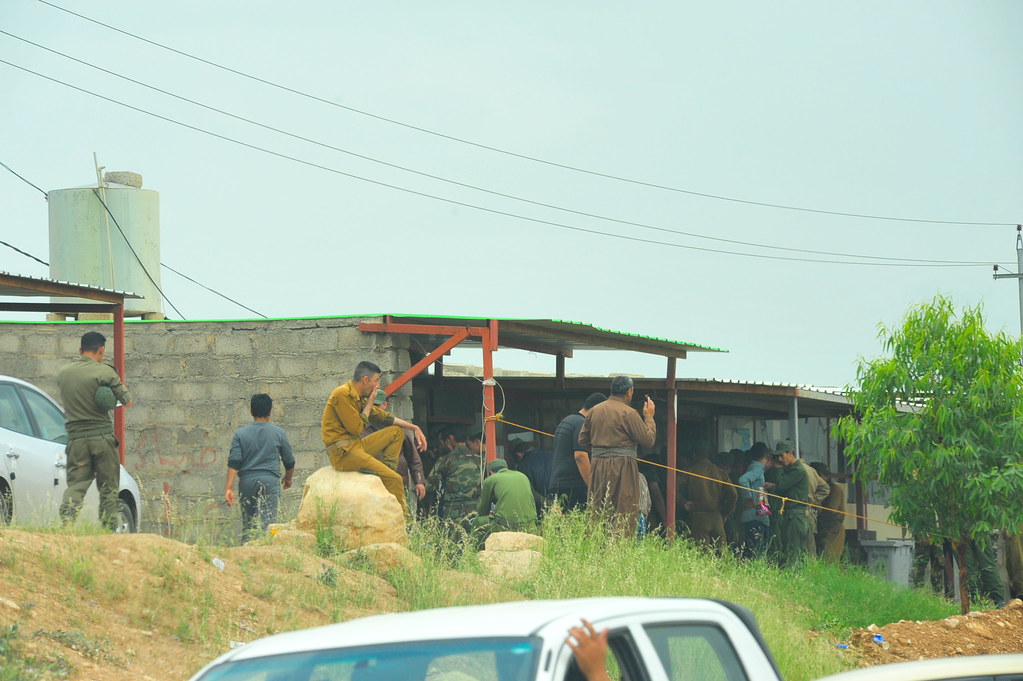 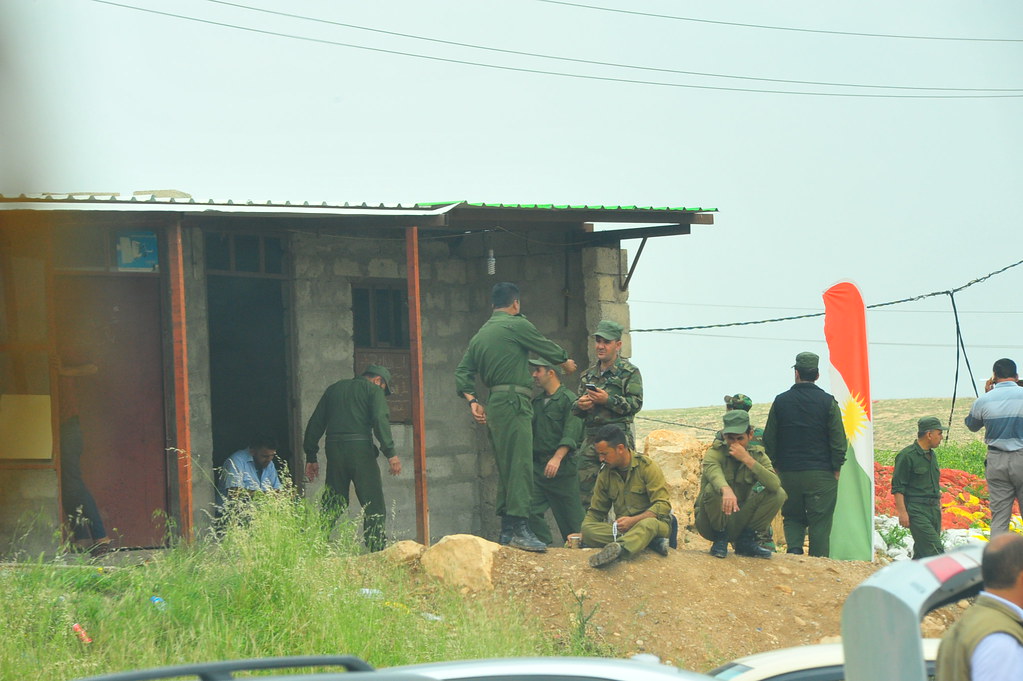 As we approached Mosul, we took a detour right for Mar Mattai. 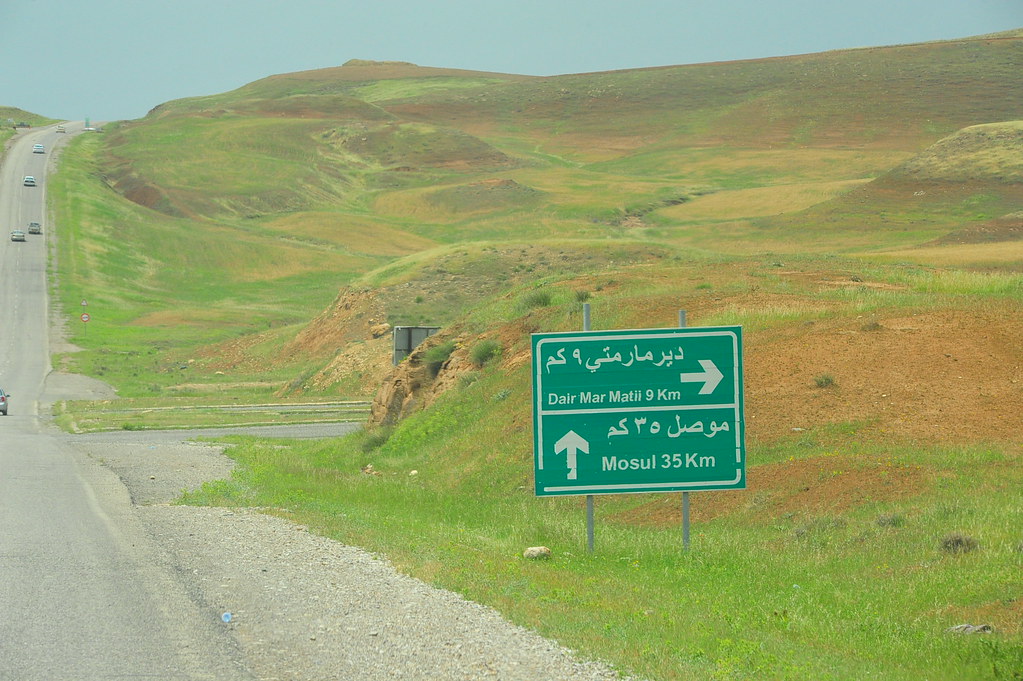 About 9km from here we started driving up Mount Alfaf. 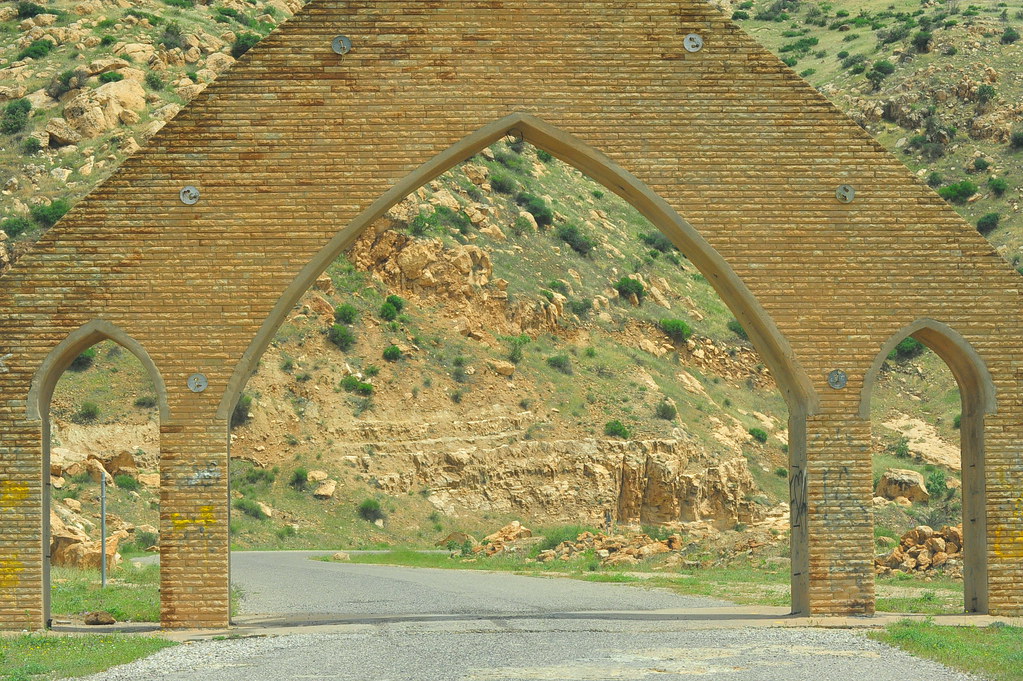 About 20km away from Mosul, we reached Dayro d-Mor Mattai aka Saint Matthew’s Monastery. 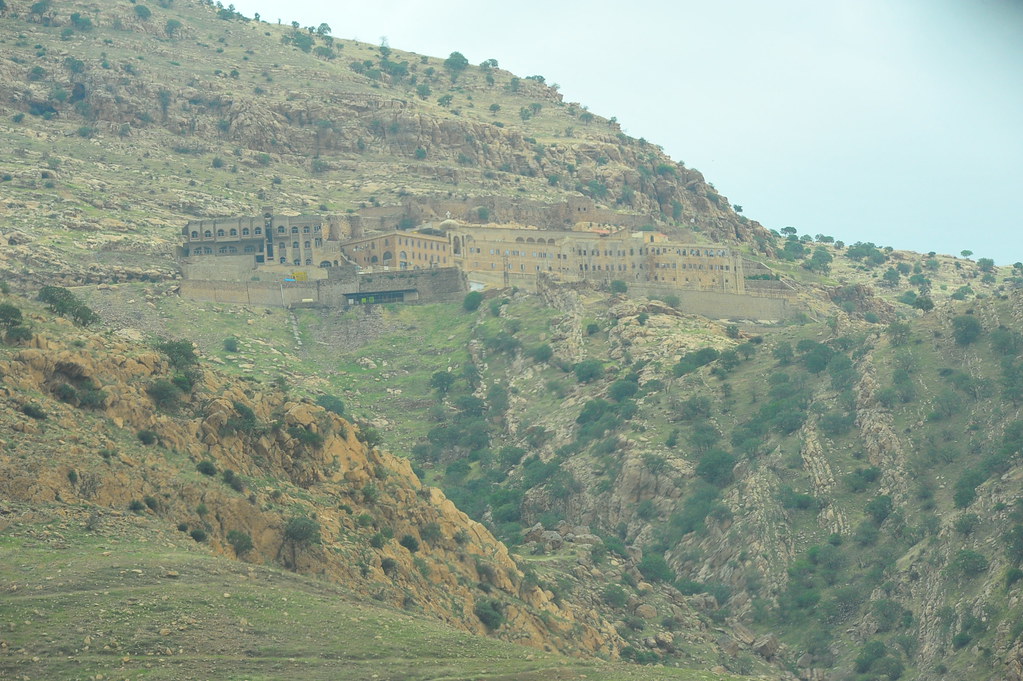 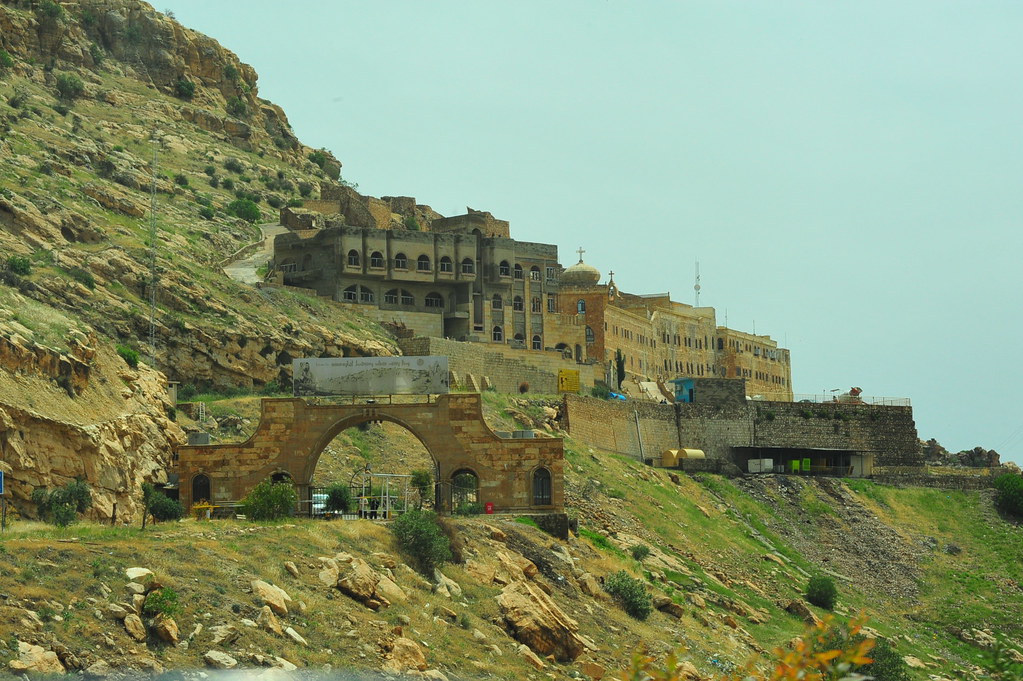 The Monastery of St. Matthew/Mar Mattai Monastery is recognized as one of the oldest Christian monasteries in existence and was profiled recently in the New York Times for its magnificent library that was almost lost to ISIS/ISIL/Daesh:

By August 2014, ISIS’ ominous black flags snapped just three miles from where I now stood. Under the cover of night, the monastery’s manager, a priest named Yousif Ibrahim, whose brother had already been murdered by the militants, spirited away scores of ancient documents, the last of the monastery’s once magnificent library, and even a discolored hand bone fragment believed to have belonged to St. Matthew the Hermit, who founded the monastery in 363 A.D. He was certain the monastery would be lost. But then the airstrikes began and the Kurdish Peshmerga and Iraqi Army turned the tide on the ground. The caliphate began to crumble.

It was now May 2017 and most of the artifacts had been returned to the monastery.

It’s amazing to know that I’m standing right now where all of that had just happened. 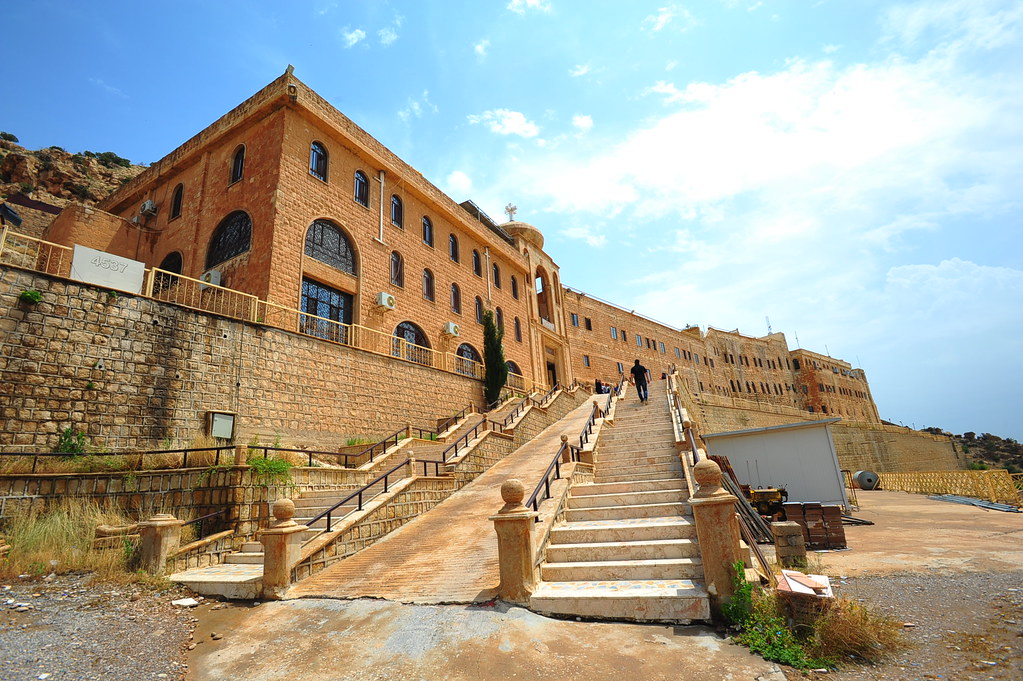 The monastery was founded in 363 by the hermit Mar Mattai who fled Roman persecution and according to legend, went on to heal the sister of Mor Behnam and converting the family to Christianity. Their father King Sinharib of Assyria murdered Mar Mattai’s son and daughter in retaliation, before eventually making amends by giving Mount Alfaf for Mar Mattai to establish his monastery, where he was quickly joined by a small group of followers.

Although the monastery was later attacked and sacked by the Kurdish people multiple times throughout the rest of its history, it now has been ironically protected by the Dwekh Nawsh and the Kurdish Pershmega military having once housed refugees fleeing ISIS/ISIL/Daesh 3 years ago.

The Syriac Orthodox Church currently maintains the site while sustaining the small farming village below. Every year, September 18th commemorates the day of Mar Matti’s death. 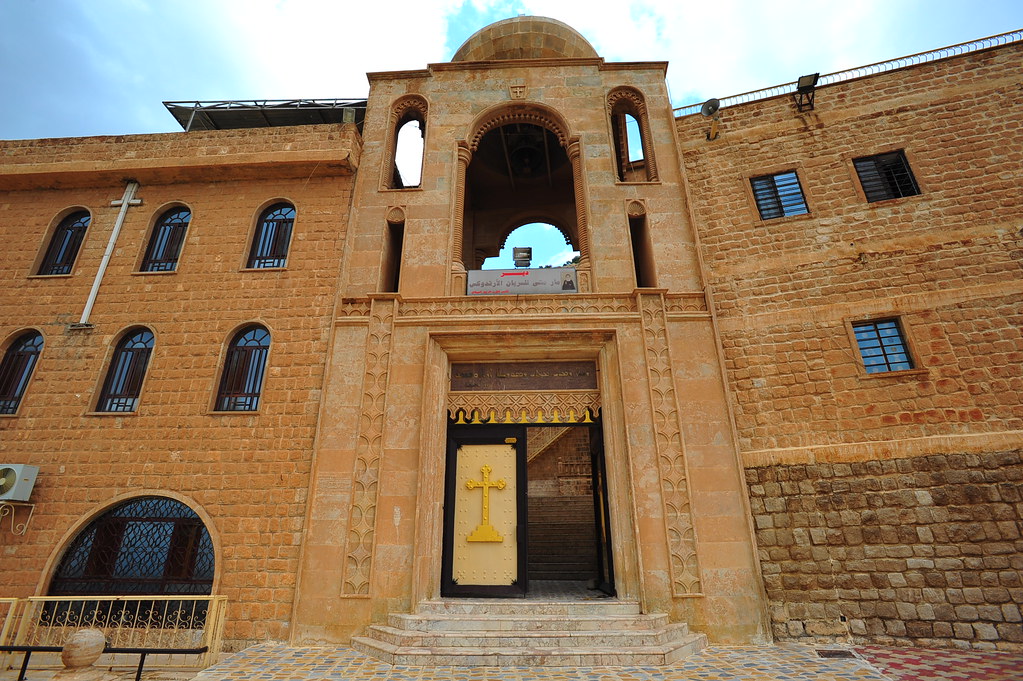 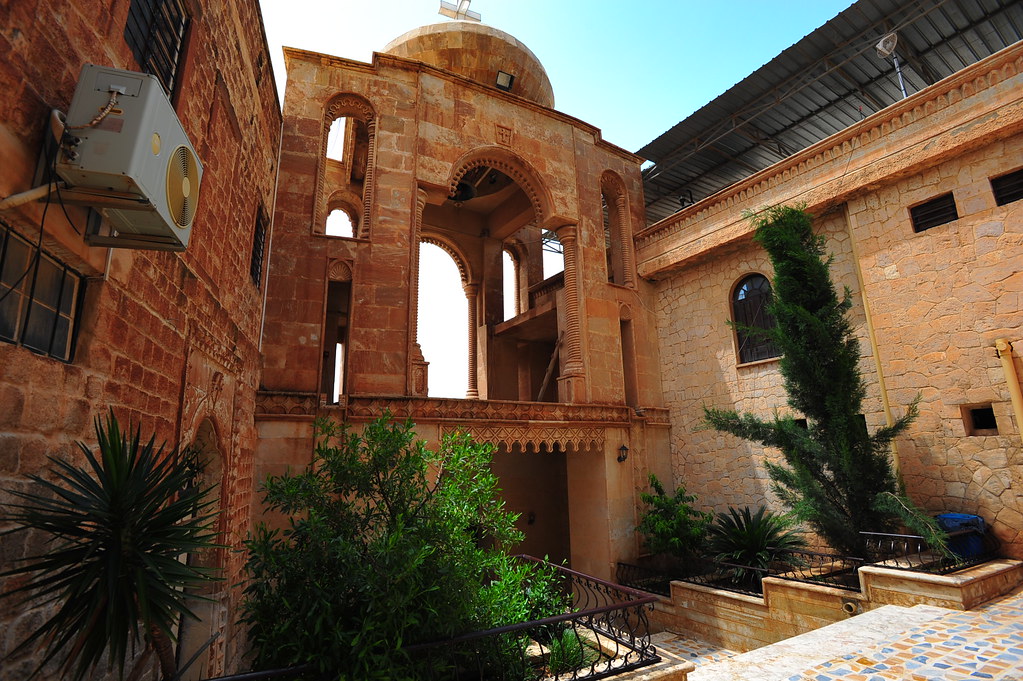 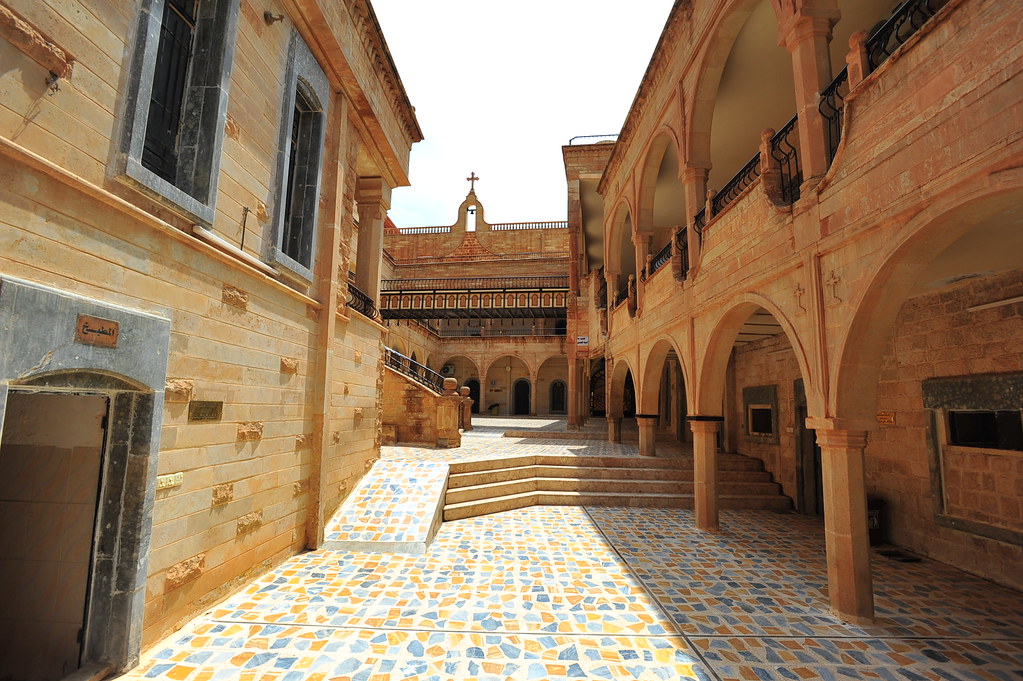 For being one of the oldest Christian monasteries in the world in one of the most dangerous war zones of recent memory, it remains remarkably well preserved. 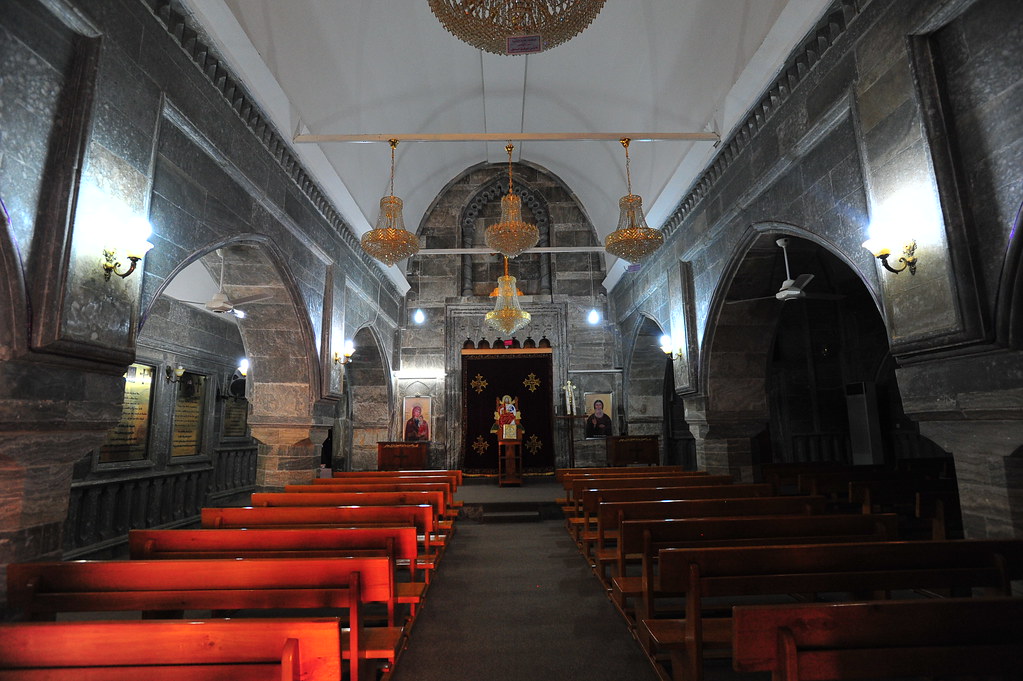 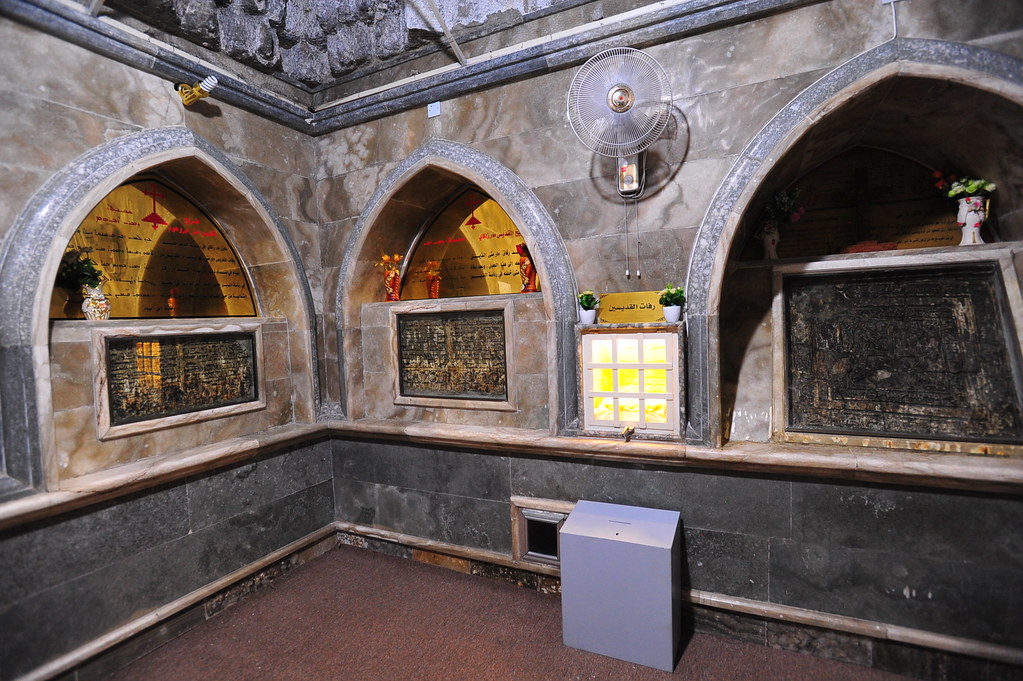 You can climb up to the top for stupendous views over Kurdistan. 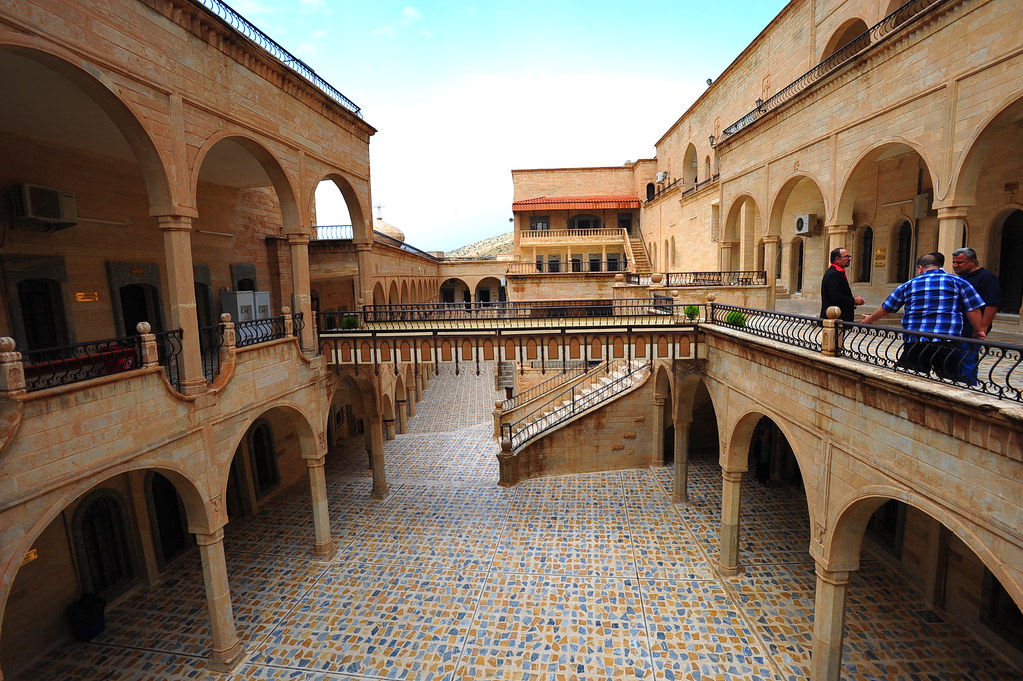 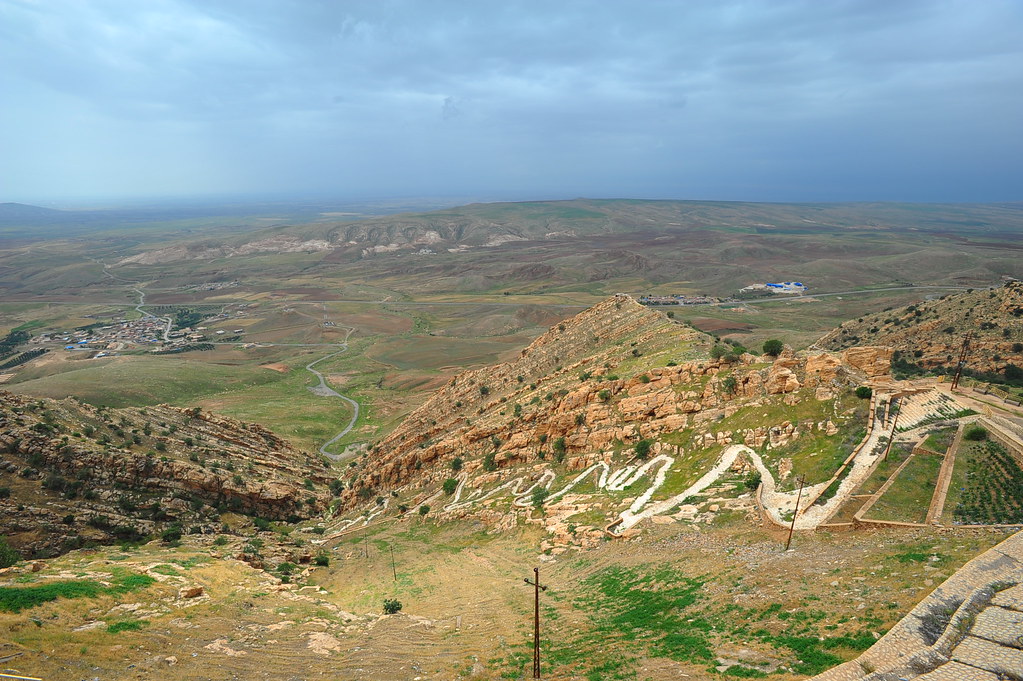 The monastery once housed as many as 7,000 monks during its peak in the 9th century. Today only 5 people reside here: a bishop, a boy and his family — all survivors of ISIS/ISIL/Daesh.

The fact that the monastery still stood; that this Christian boy and his family were still alive; that a small group of North Americans now felt safe enough to travel here — all of it seemed like a miracle. – The New York Times, A Journey Into Iraqi Kurdistan 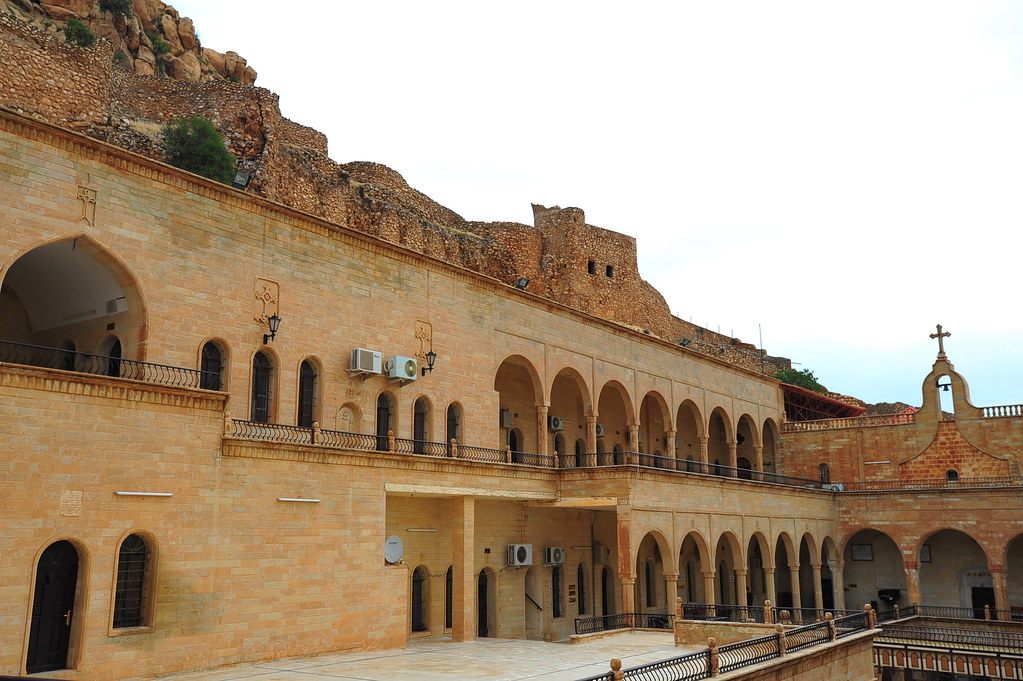 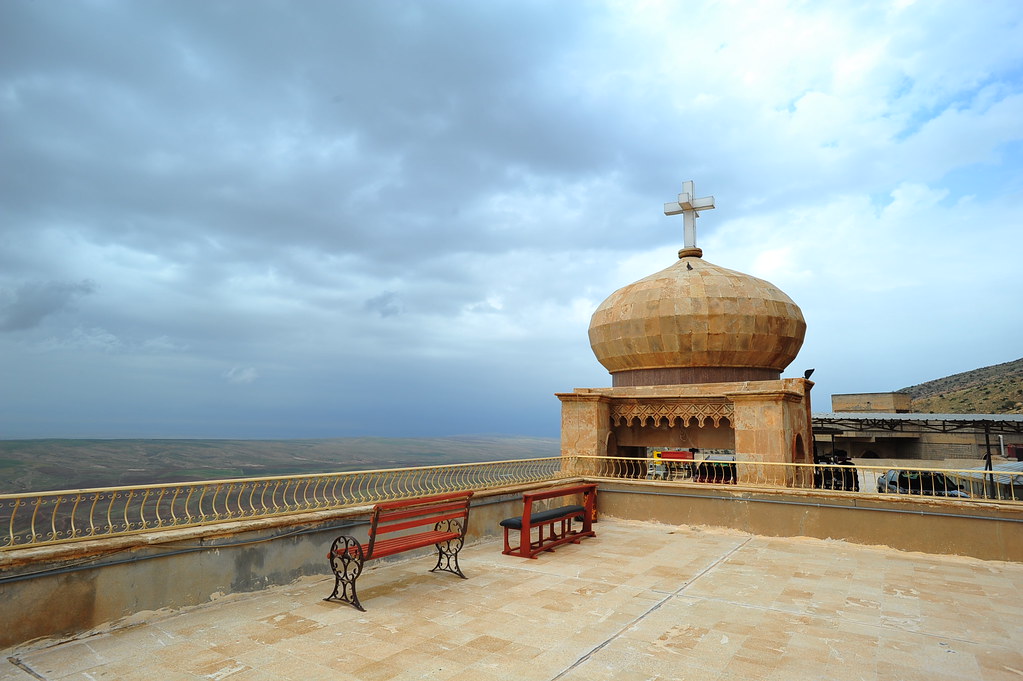 About about 30 minutes here, we soaked it all in and drove closer to Mosul for the site of the Battle of Gaugamela.