After our insanely good Kobe beef dinner at Tor Road Steak Aoyama and having headed onwards from Kobe, we arrived into Osaka at around 10pm and checked into our accommodations at hostel PICNIC.

After taking an hour to freshen up, Donna, Shayra, myself, and Luke decided to rally on a second wind and head back out to the Dōtonbori area — the center of Osaka’s nightlife —  to reunite with Natasha and Amy, who like Luke had just partied with us last night back at our hostel in Hiroshima. 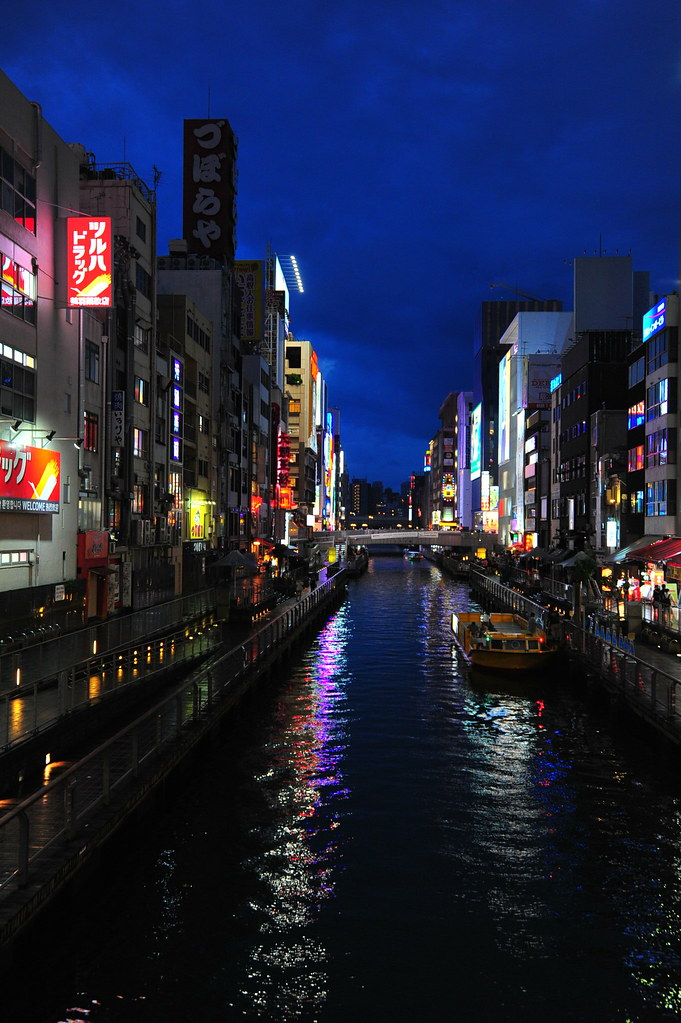 Hard to believe we could pull off two of these in a row: From flaming shots to glass hookahs to shots of vodka 96% (192 proof!) alcohol by volume to feeding snakes to absinthe to bad karaoke at a maid bar before heading home at 5am once again . . . yeah we had a good night. 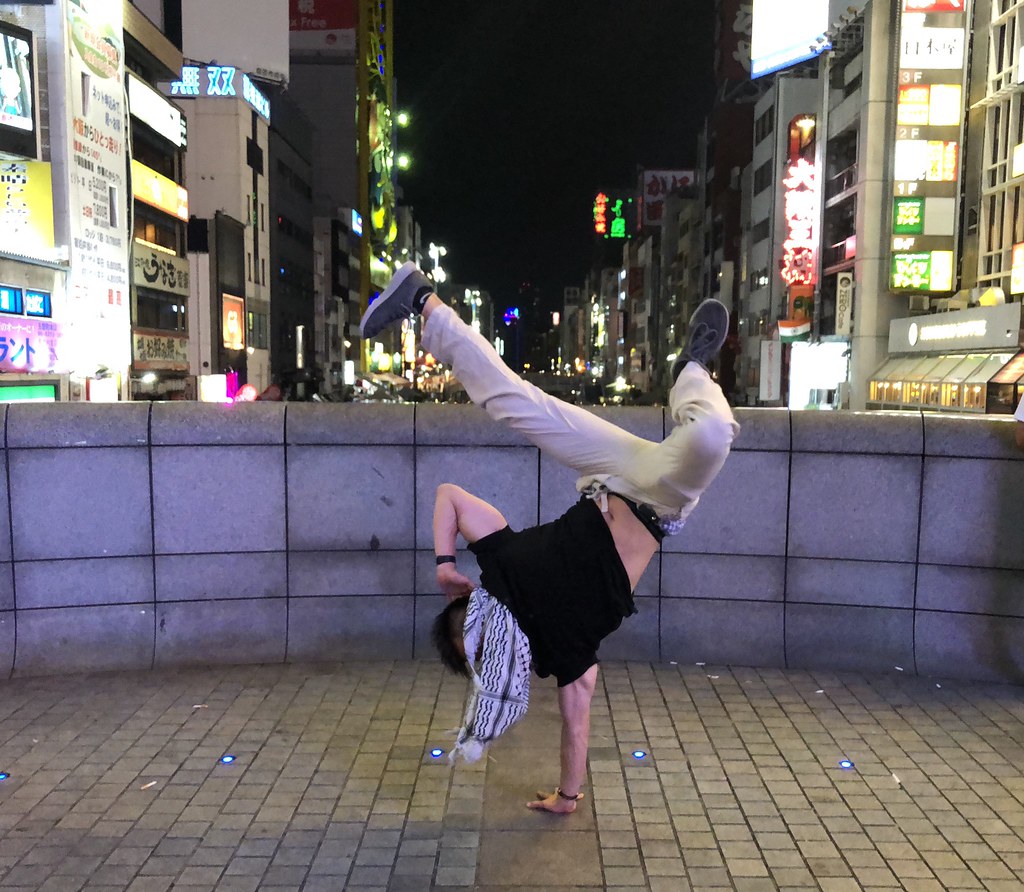 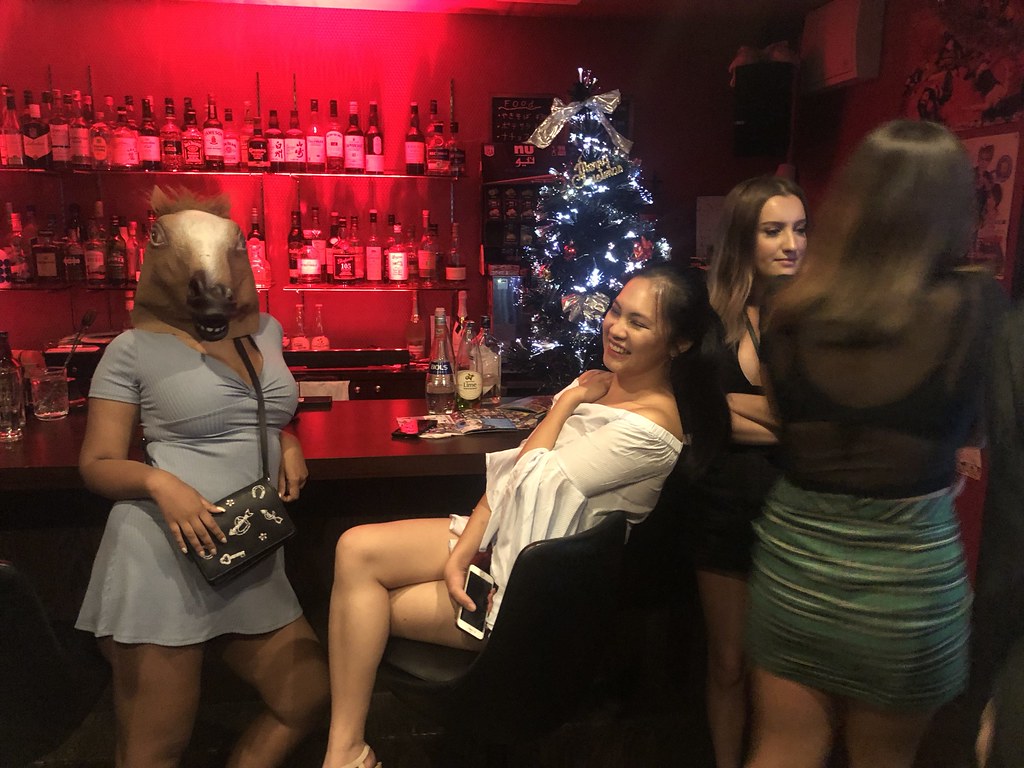 Once again I woke up broken and sad, with only 6 hours of sleep in my system. So cheering myself up, Donna, Shayra and I headed up north to the Momofuku Ando Instant Ramen Museum, a curiously interesting building entirely dedicated to instant ramen and its creator, Momofuku Ando. Trish had to sit out due to her foot hurting more than usual again, deciding instead to wait it out until she returned home to Vancouver to get it checked. 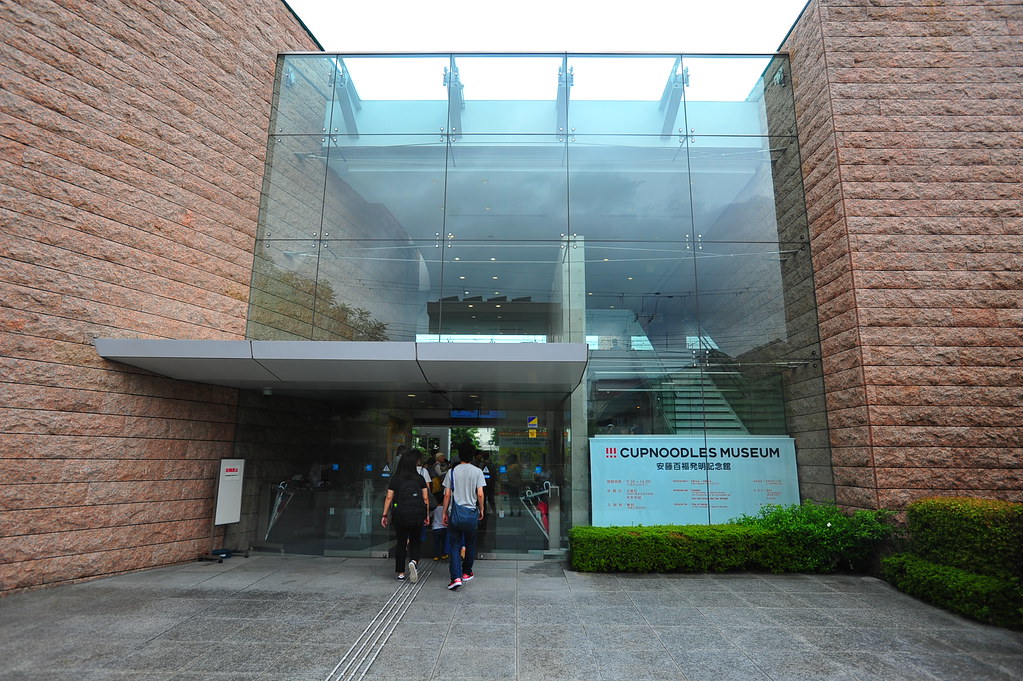 It’s free to enter, but you have the option of paying 500¥ for adults and 300¥ for children to have your own personalized Cup Noodles (but the wait in line can take as long as 2 hours!). 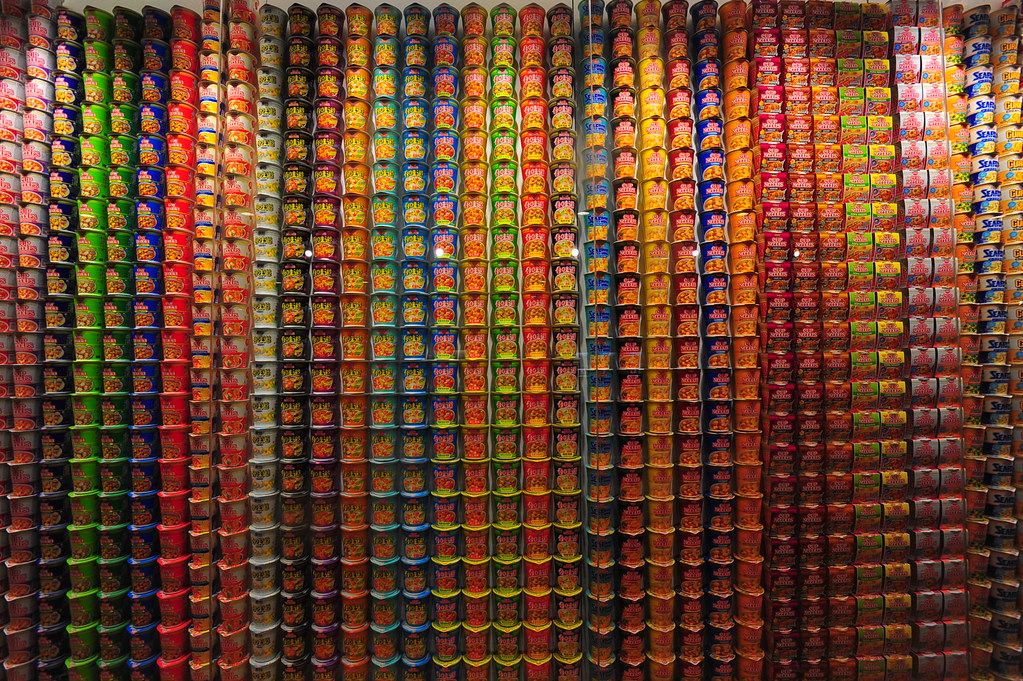 The rest of the museum is pretty small; Donna and I only spent 15 minutes here before deciding to leave while Shayra stayed behind to brave the lines and get her personalized Instant Ramen. 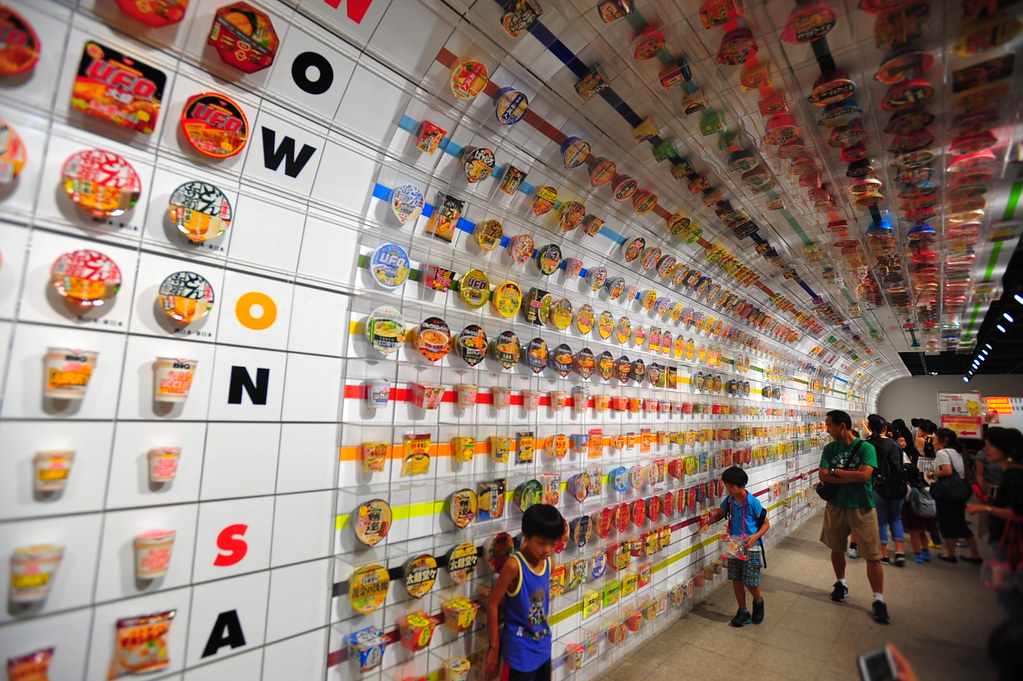 From the nearby Ikeda Station, we took the train south to Umeda Station and walked over to the Umeda Sky Building. The observation decks were closed because of the recent typhoon so we had lunch at the food court in the basement, with Shayra and Angela rejoining us just in time. 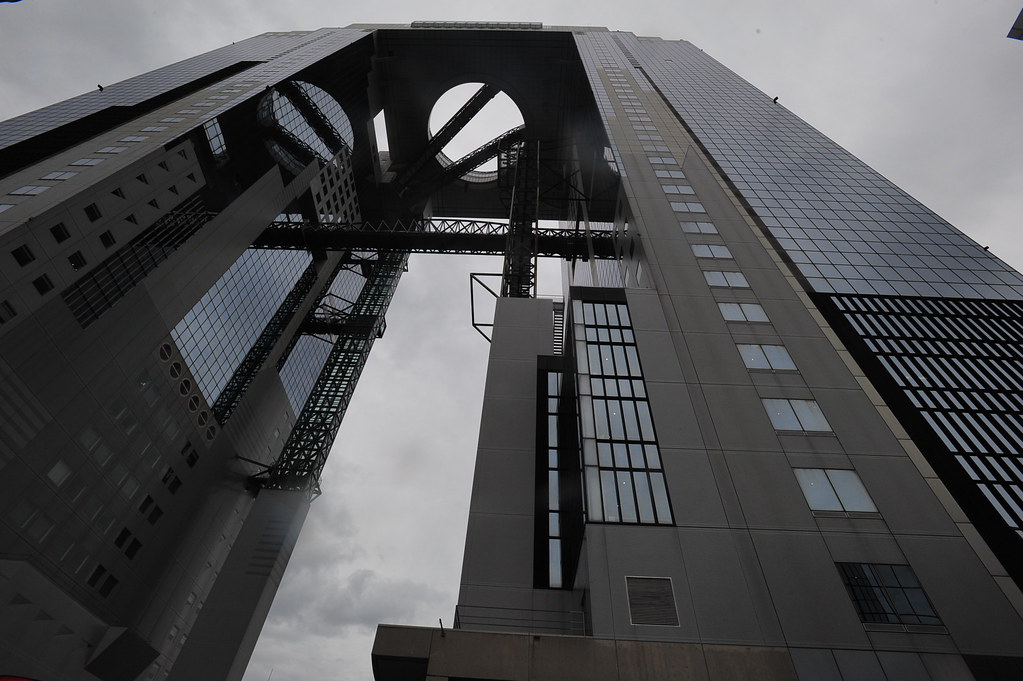 From the Sky Building, we then took a quick 15 minute cab ride over to Osaka Castle, a complete concrete reconstruction of the original which had been completely demolished by war. Therefore it’s more of a museum built to look like the original castle, rather than an actual historical site.

While the castle grounds are free (and when we went there was a free dance show), you can enter for the exhibits inside the castle for 700¥. 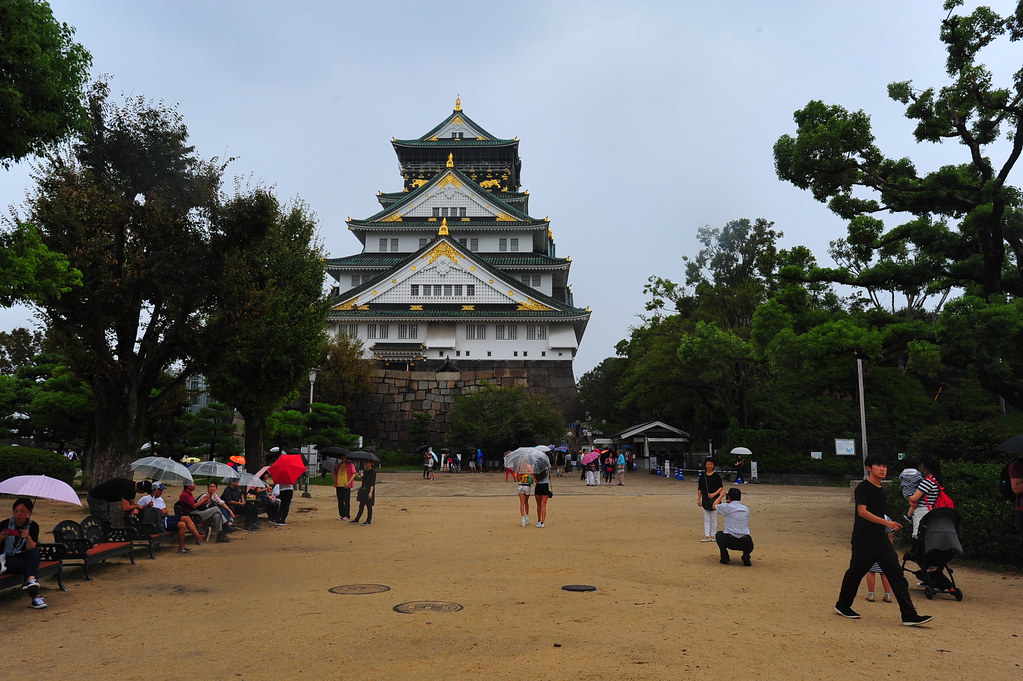 The surrounding trees on the castle grounds still showed signs of the recent Typhoon Jebi. 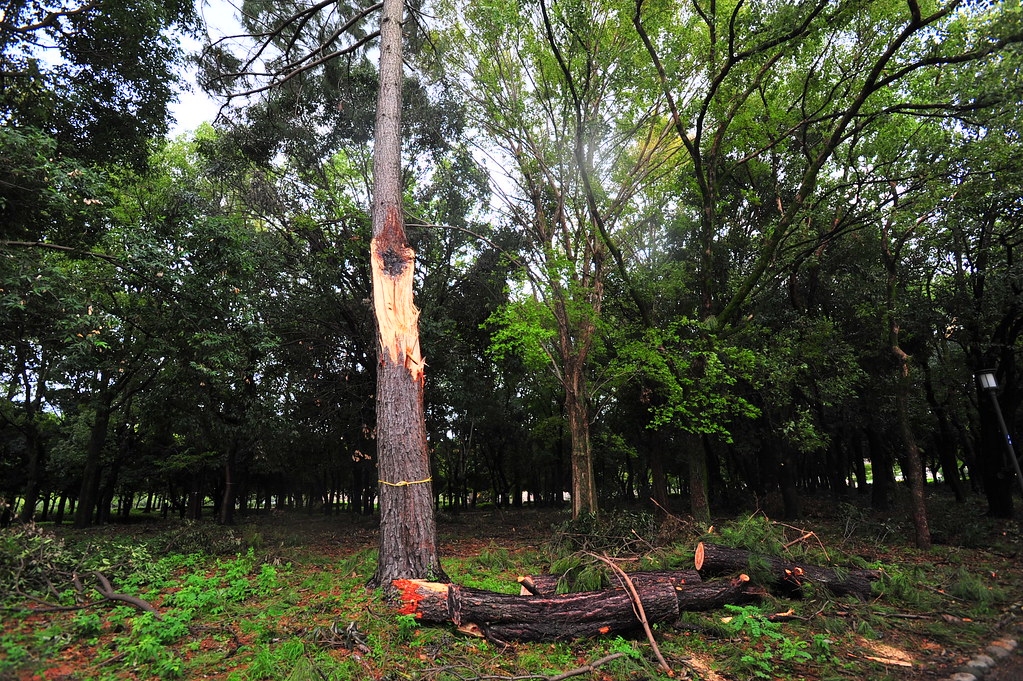 After about 30 minutes at the castle grounds, we took a 15 minute JR Loop Train to Tennojiekimae Station for a 10 minute walk over to Shintennoji Temple, another post WWII reconstruction. 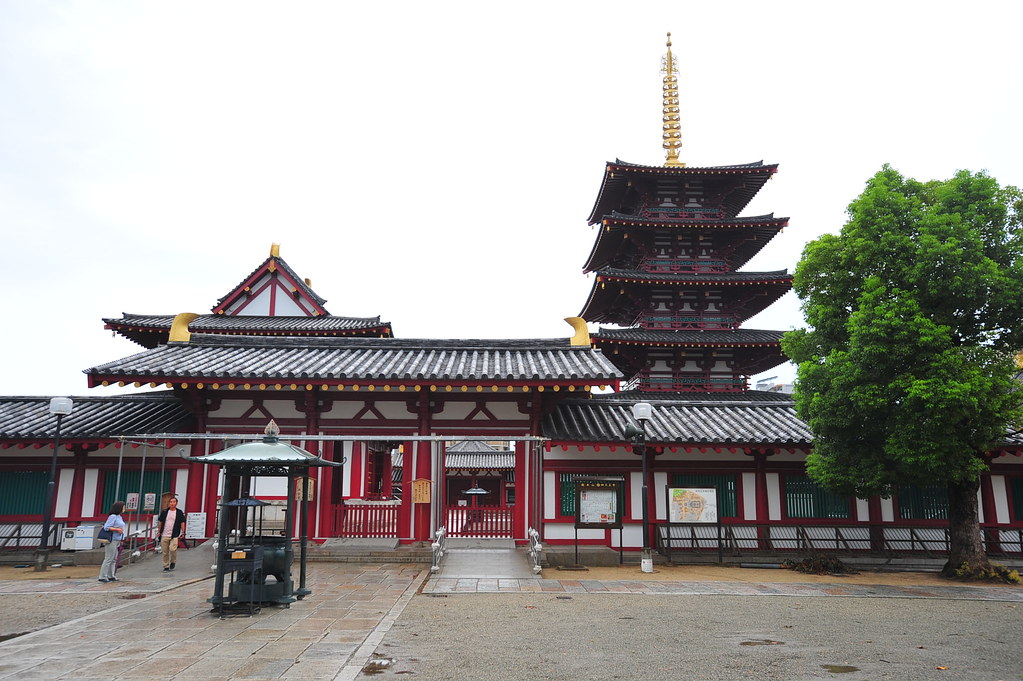 Then from the temple we walked about 10 minutes west to Tsutenkaku, Osaka’s symbol of its post World War 2 reconstruction. 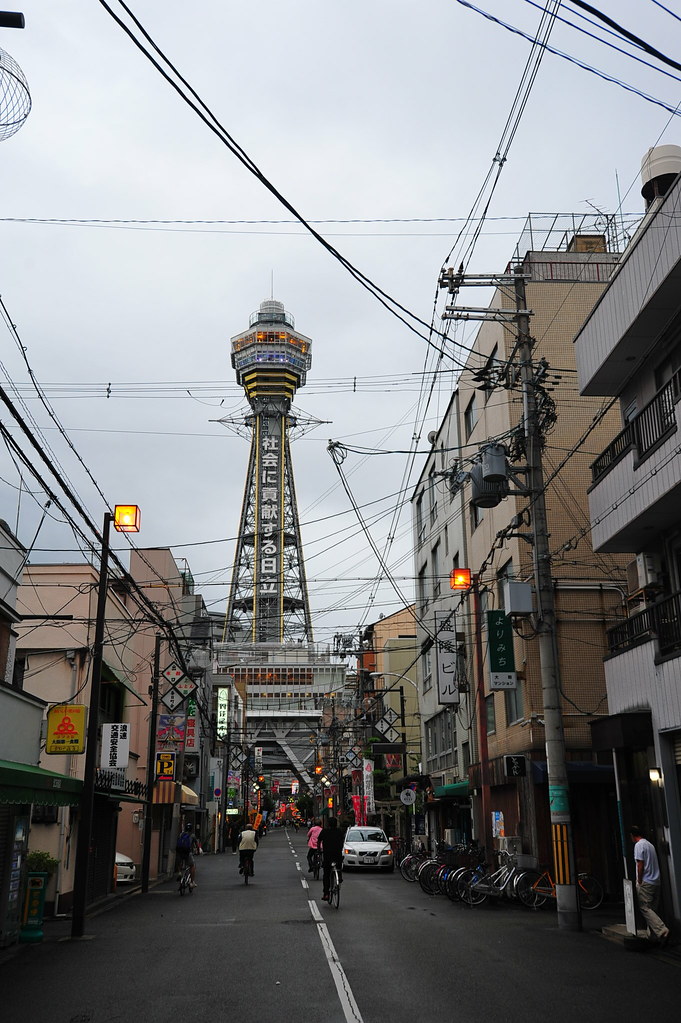 For 700¥ you can go upstairs to the observation deck, but it’s really a giant glorified gift shop. 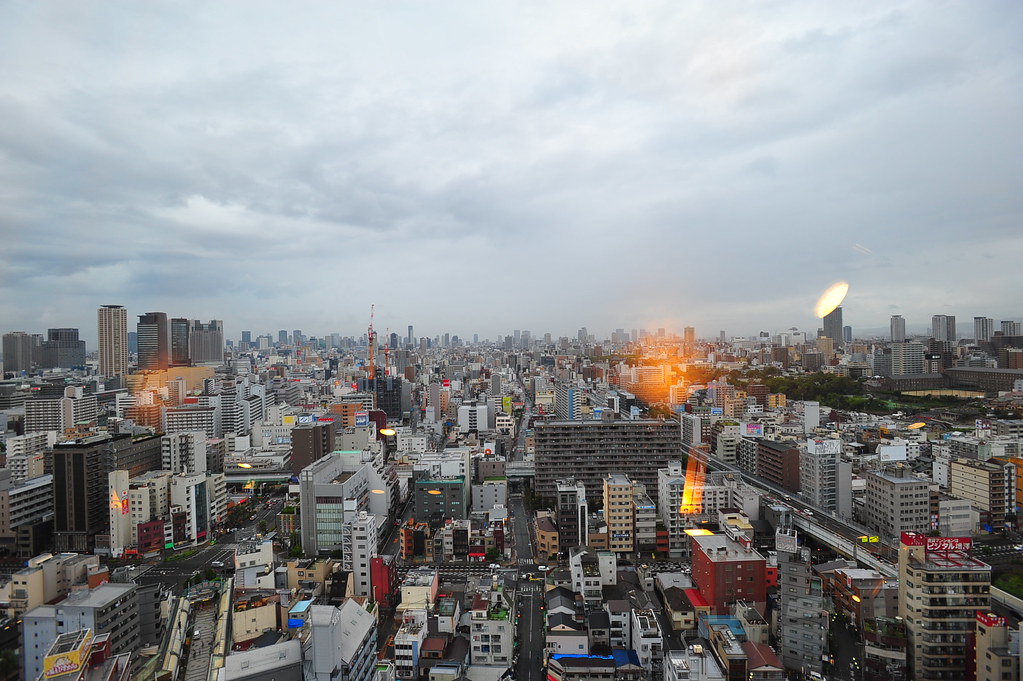 There’s also a small museum on Pocky there: 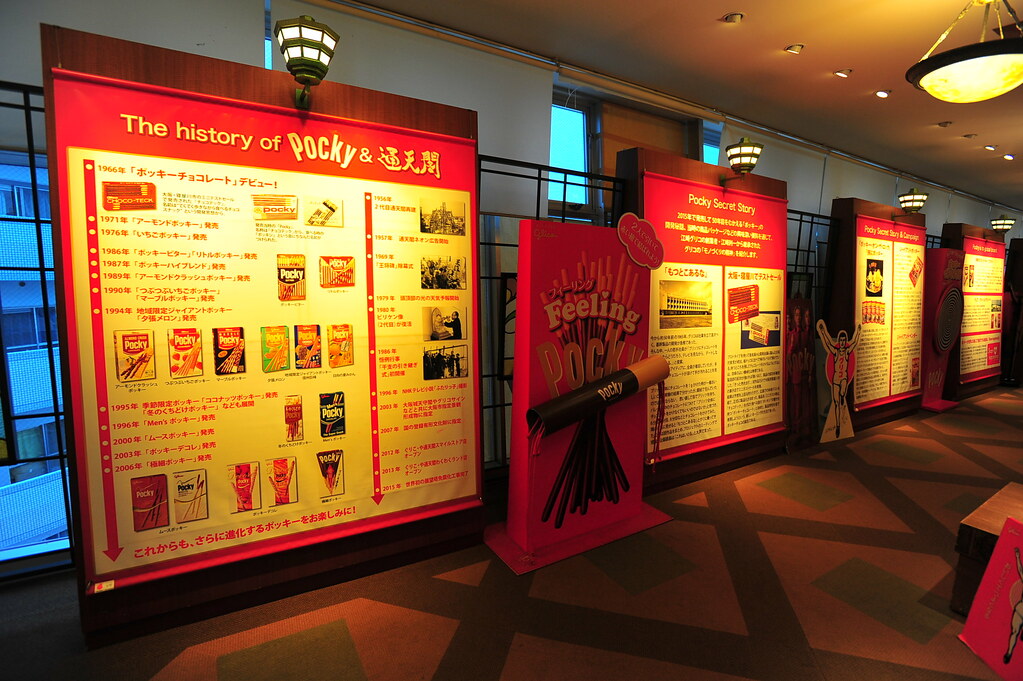 Finally, we returned to Dōtonbori for an early dinner. 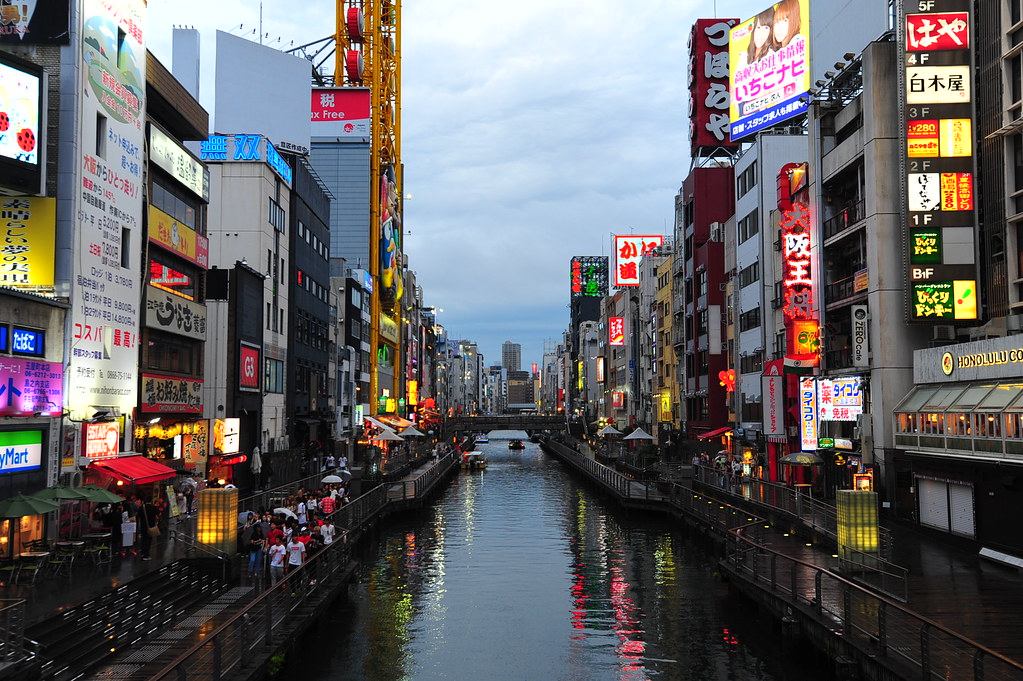 I’m now back at the hostel about to hit the sack — gotta recover from the past 2 nights!

What To Eat In Okinawa

Okonomiyaki (お好み焼き): Fried cabbage cakes that cross a pancake, pizza, and omelette, topped by beef, pork, squid, roe, and egg. Unlike the one in Hiroshima where they cook it entirely in front of you before serving, here they put the basic parts together and you then cook it yourself to your liking. 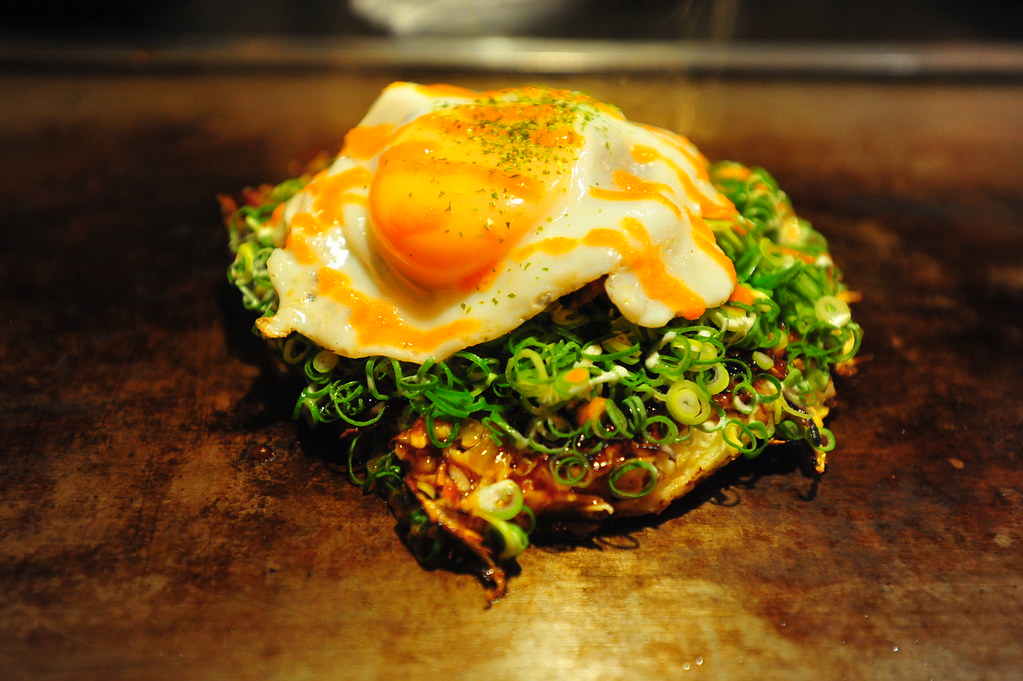 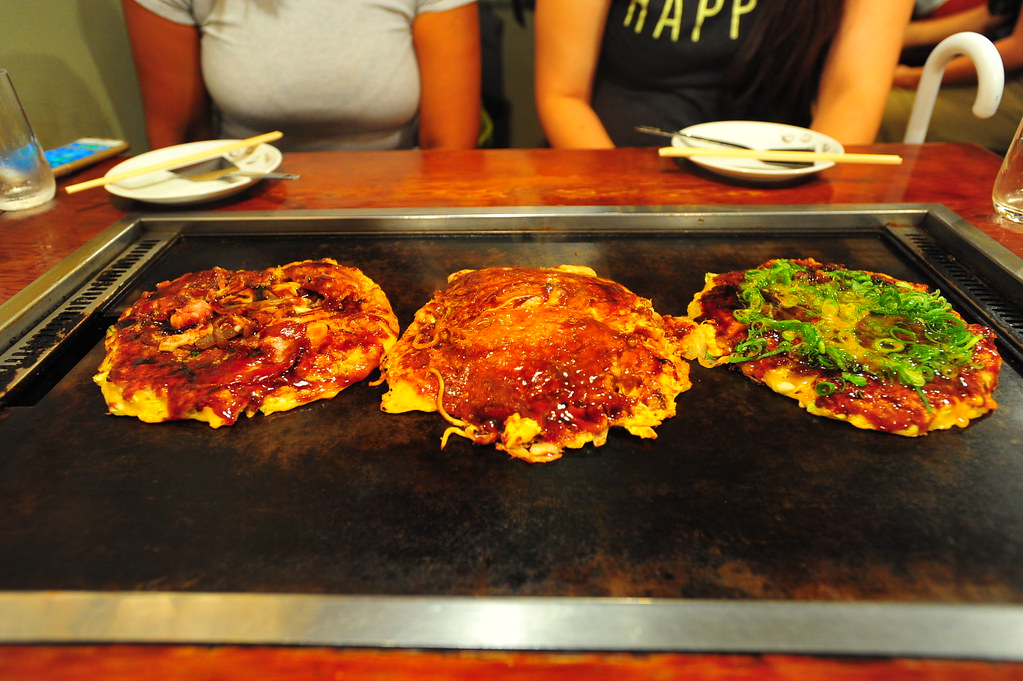 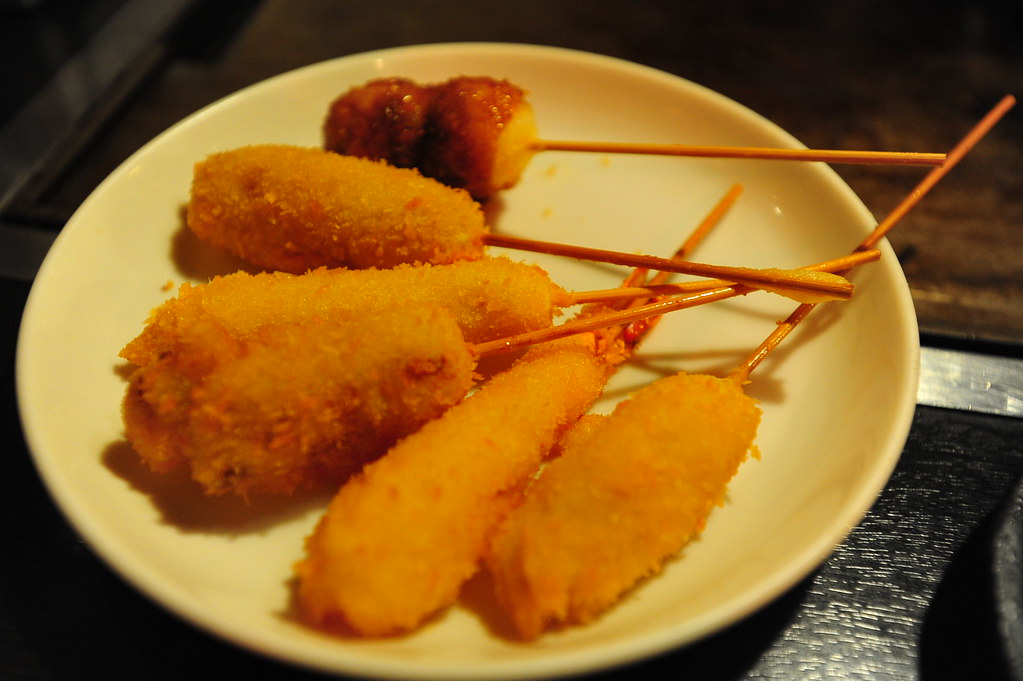 Takoyaki (たこ焼き): Fried dumplings with slices of octopus inside: 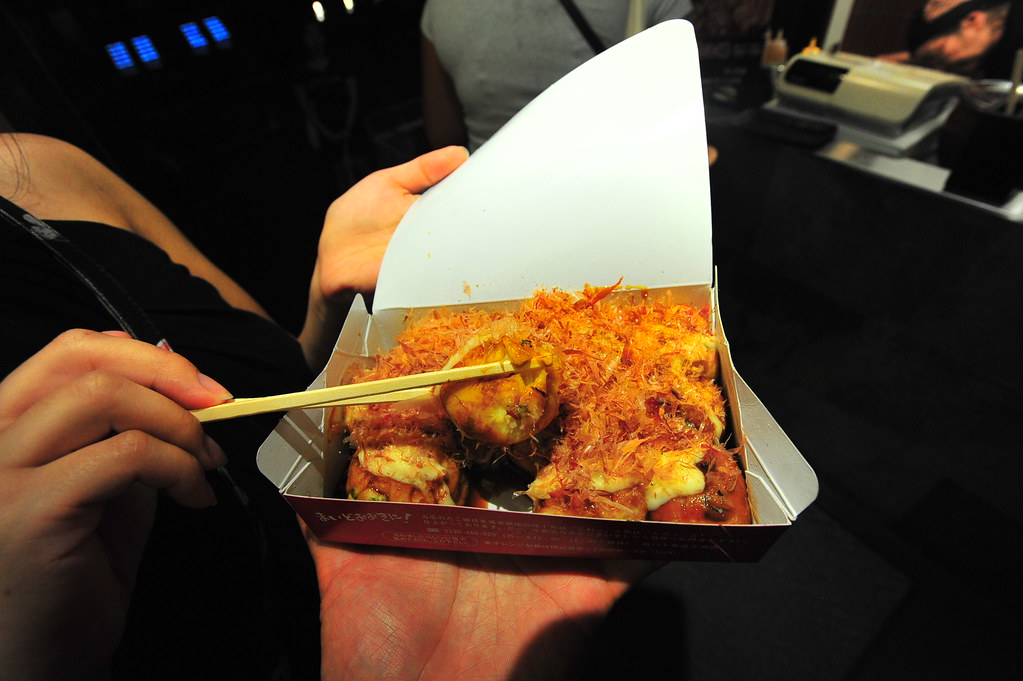 And while you’re walking around the Dontonbori area, you can grab other random bites at various stalls. Our favorite was the slightly overpriced and yet still delicious pieces of crab legs for 900¥: 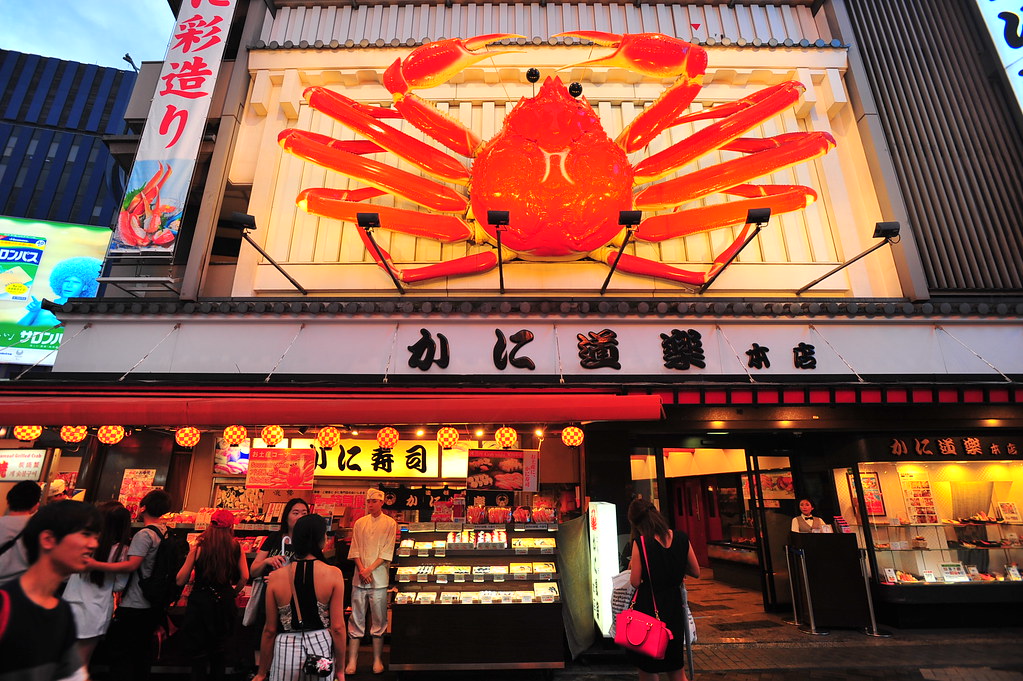 Tomorrow morning we head to Nara and Kyoto!