Popping The Passport Cherry In Antigua

It’s remarkable how many people simply just want to get away. Evan joined me for a last minute trip to Barbados last month, and now a group of 5 are joining me for a 2 day trip in Antigua & Barbuda — which, by the way, almost didn’t happen thanks to the US Postal Service.

This crazy idea started 2 weeks ago after Tanzia and Victoria, 2 doctors-to-be who volunteered on my medical team at the UAE 10k Healthy Kidney Race, decided it was time for another last minute monsoon. After somehow immediately coming across a $394 round trip fare from NYC to Antigua on American Airlines as if it were our birthright, we booked them on the spot and waited to see who else would join.

It would be Thuy Uyen who flew into NYC first yesterday (Tuesday) afternoon. As she startled me with the news that this would be her first time in NYC, I immediately set out to take her out around my hometown, showing her around the Upper East Side, The Met, Central Park, the Upper West Side, Times Square, Gansevoort Market, Chelsea Market, the High Line, Hudson Yards, Grand Central, before meeting up in Chinatown for hot pot with Thao, Tanzia, Alfred, Mihaela and Evan. There I decided to revive an old tradition of hosting an orientation prior to the trip so everyone would get to meet one another and hit the ground running.

After a 3 hour dinner with monsoon veterans Mihaela, Alfred and Evan reassuring the rest of the group (who were all first-time monsooners), we gallivanted around Chinatown through Doyers Street, stopping by for rooftop views at The Crown, before finally finishing off with drinks at my friend’s speakeasy bar, #basement: 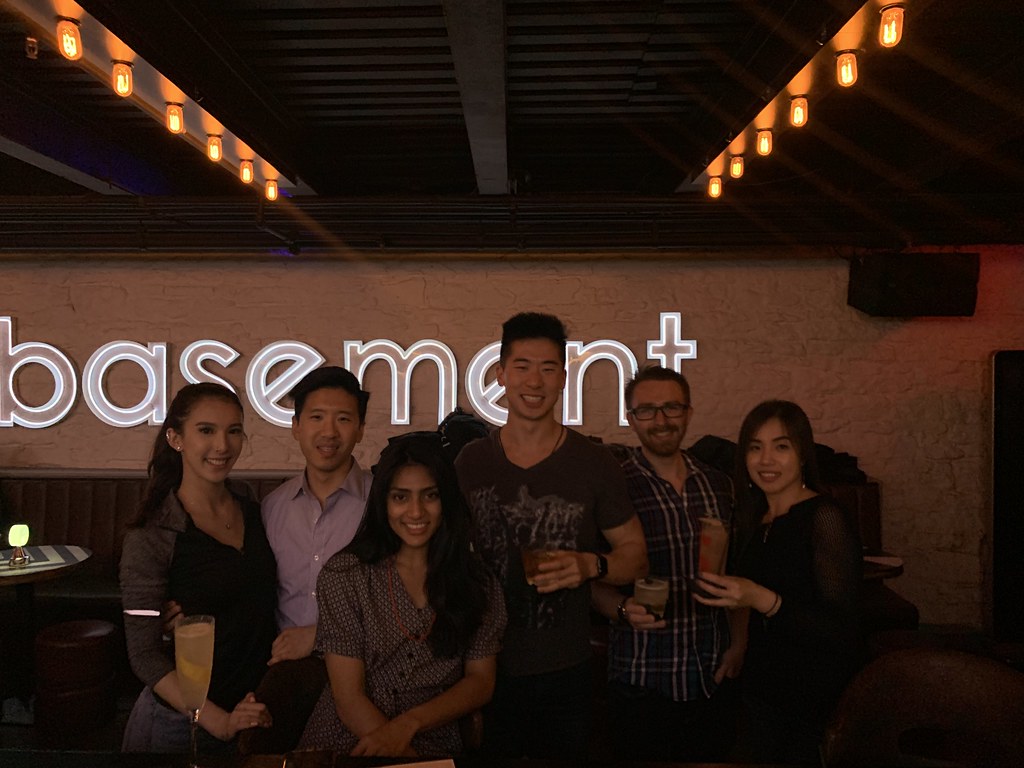 Calvin Ng, whom just hung out with me and Thuy Uyen a month prior at MAASU in Boulder, CO, would fly in later at 11pm from Chicago, before driving over to my place where he, Tanzia and Thuy Uyen crashed afterwards.

With alcohol still brewing in our system after we woke up a few hours later at 5am, we barely got on the struggle bus in getting to JFK Airport by 6:30am. But thanks to Calvin Ng’s and my Priority Passes, the group took advantage of a $112 credit for breakfast at Bobby Van’s Grill in Terminal 8. There Thao and Victoria rendezvous’ed to round out the rest of the group: 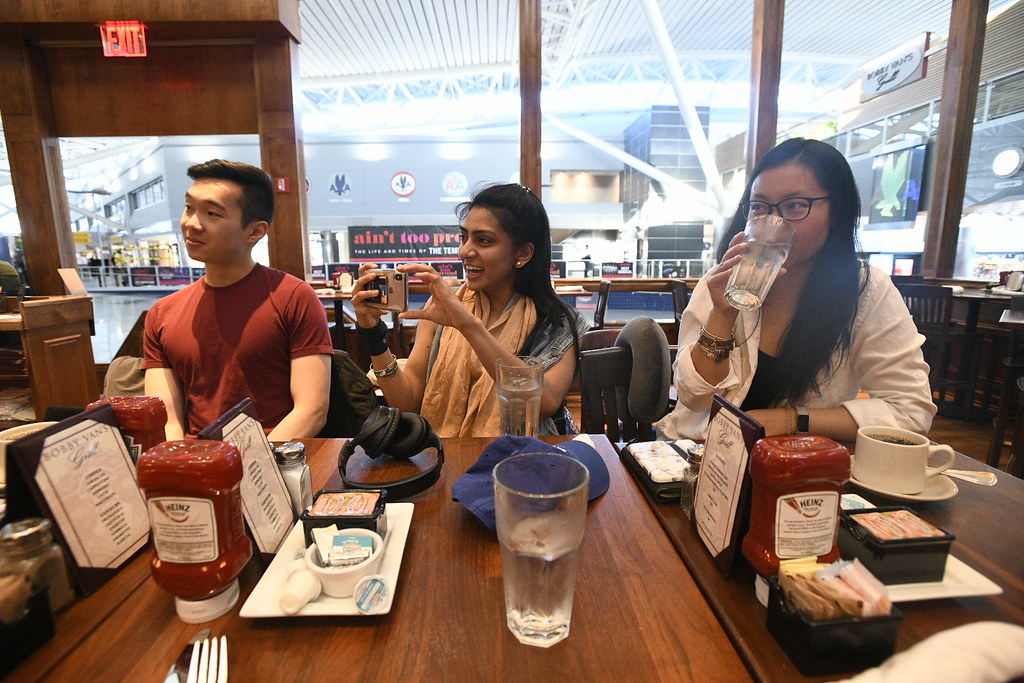 Despite a minor scare where Thao thought she lost her cell phone before finding it again in the airport bathroom, we set off on our 8:10am flight, landing in Antigua on time at 12:20pm.

This also happens Thuy Uyen’s FIRST EVER TRIP OUTSIDE THE UNITED STATES, AKA HER FIRST INTERNATIONAL DESTINATION EVEEEEERRRRR: 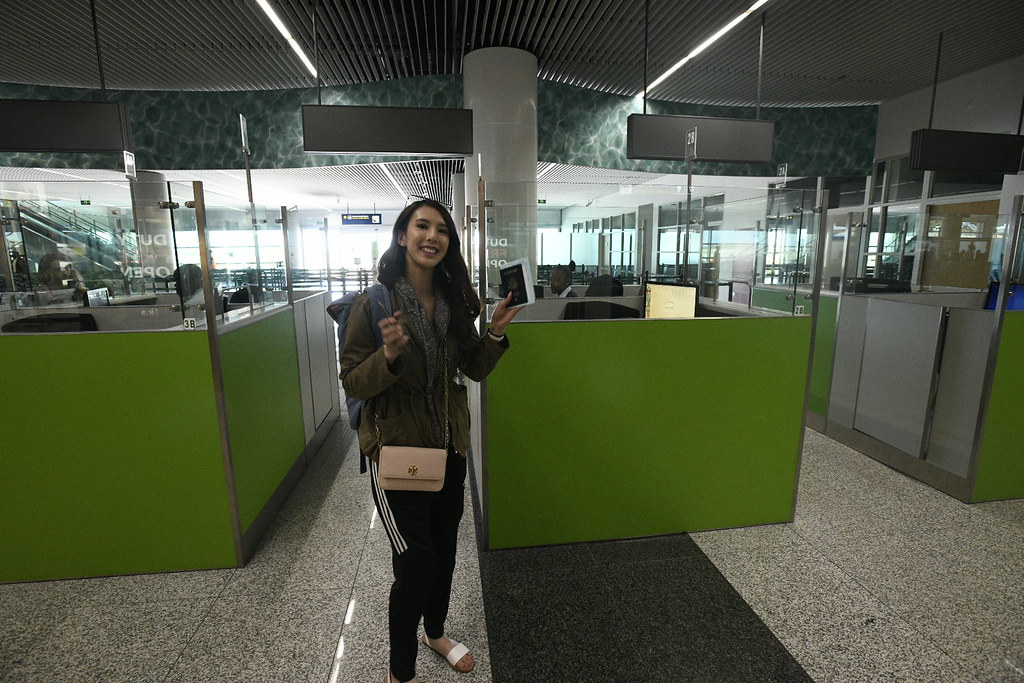 Thanks so much for sharing your first ever international travel experience with us! And as we guided Thuy Uyen out of customs to officially check off her #1 ever country, thus we began our adventure. 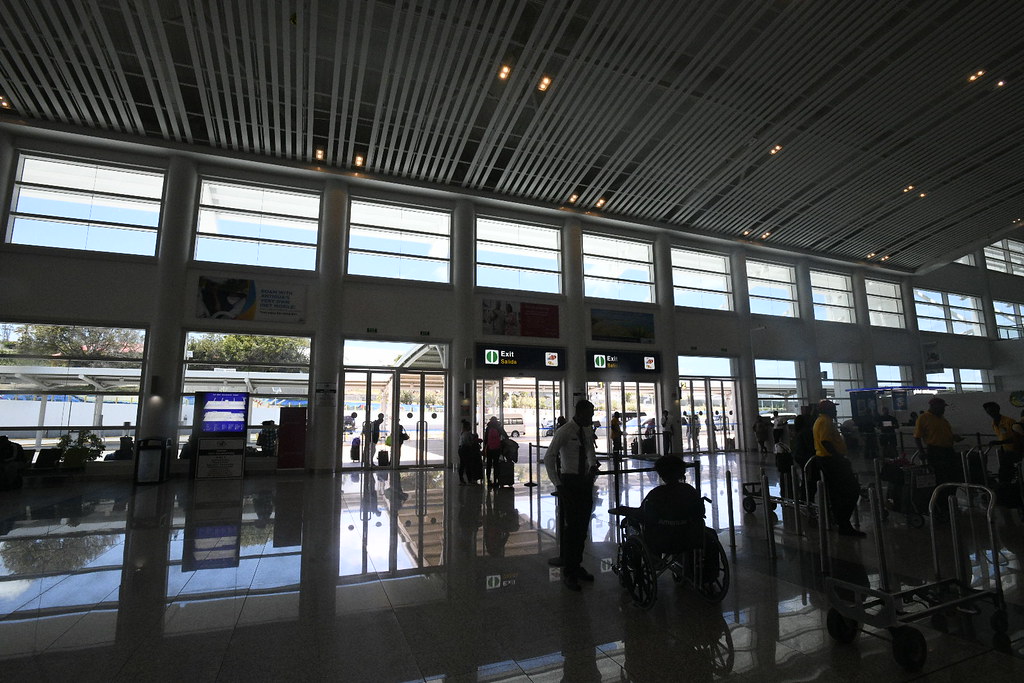 We first got a little lost trying to find car rentals, after which we were guided out to the left outside arrivals. We crossed the street and headed into a small office where we picked up our pre-arranged van from Thrifty for the next 2 days: 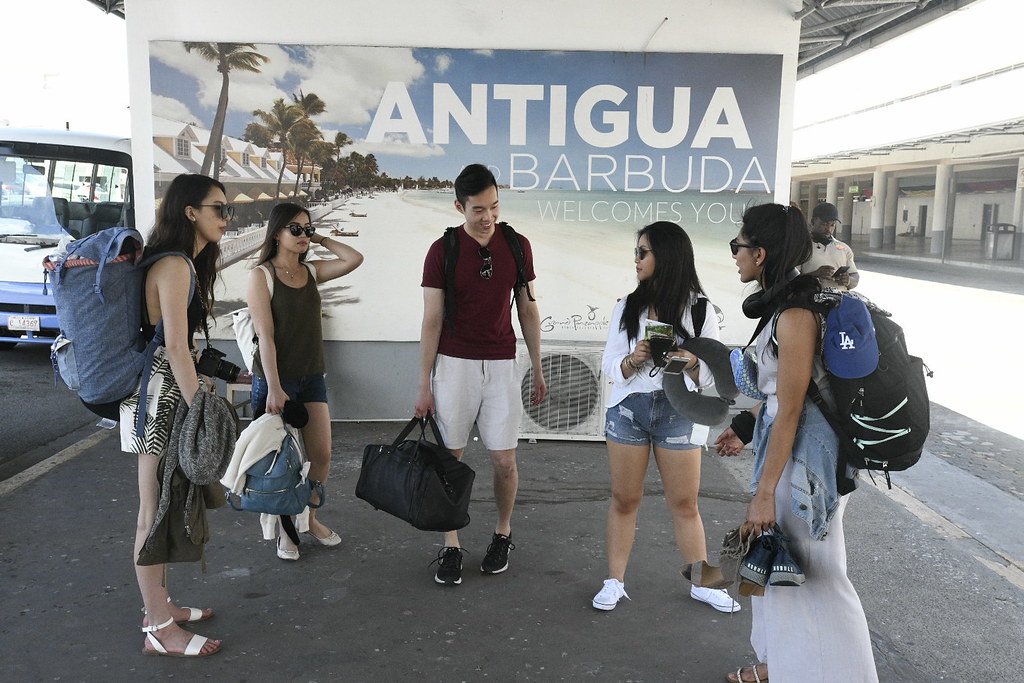 After picking up our ride, it was another struggle for Tanzia getting to driving on the other side of the road, but she managed after a few screams from the back. Coupled with Calvin Ng curiously navigating on Google Maps on the “walking route” mode, we drove through jungle shrubbery — aka another shitshow — getting to the reportedly decent views over Antigua from Monk’s Hill: 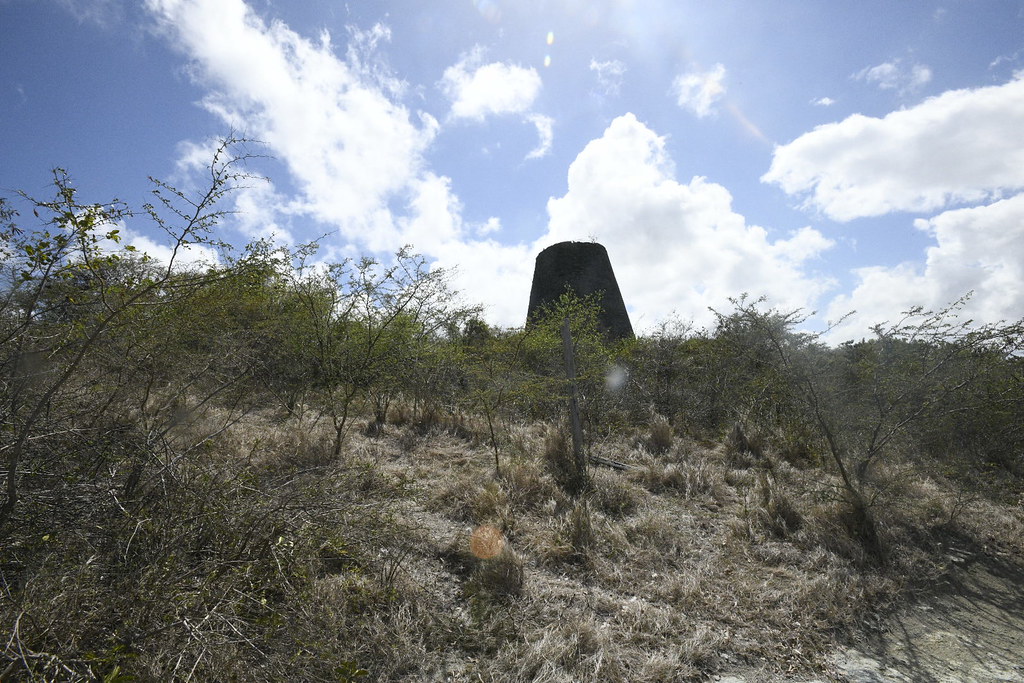 Not feeling like it was worth the extra hour hike up, we then drove down 20 minutes from Monk’s Hill and explored English Harbour, home to the first settlement at Antigua and the 1700s site of Nelson’s Dockyard. 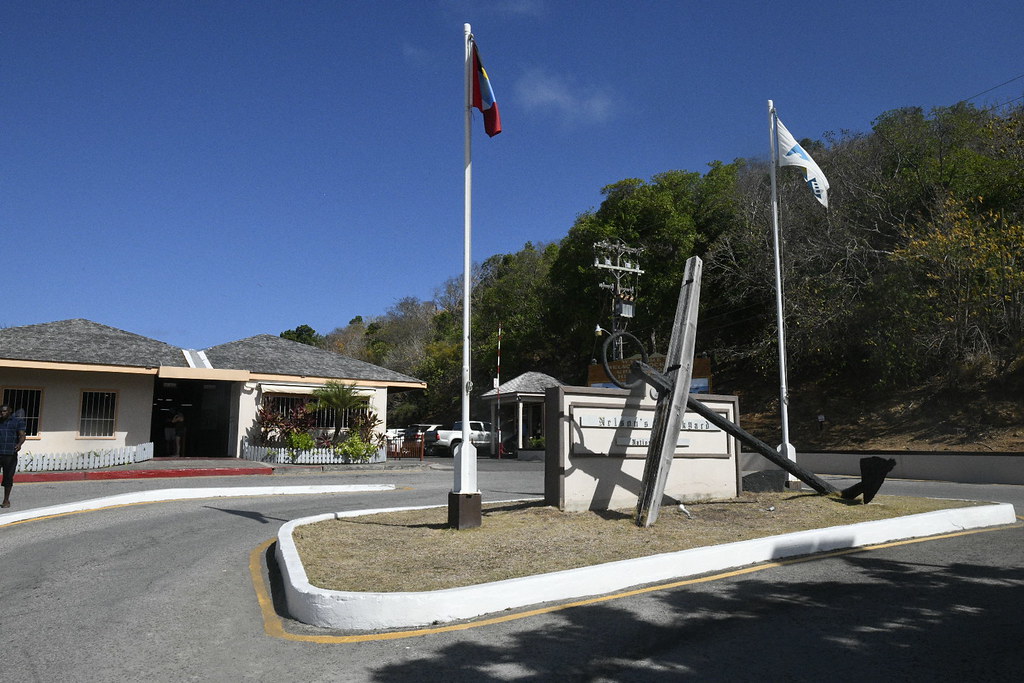 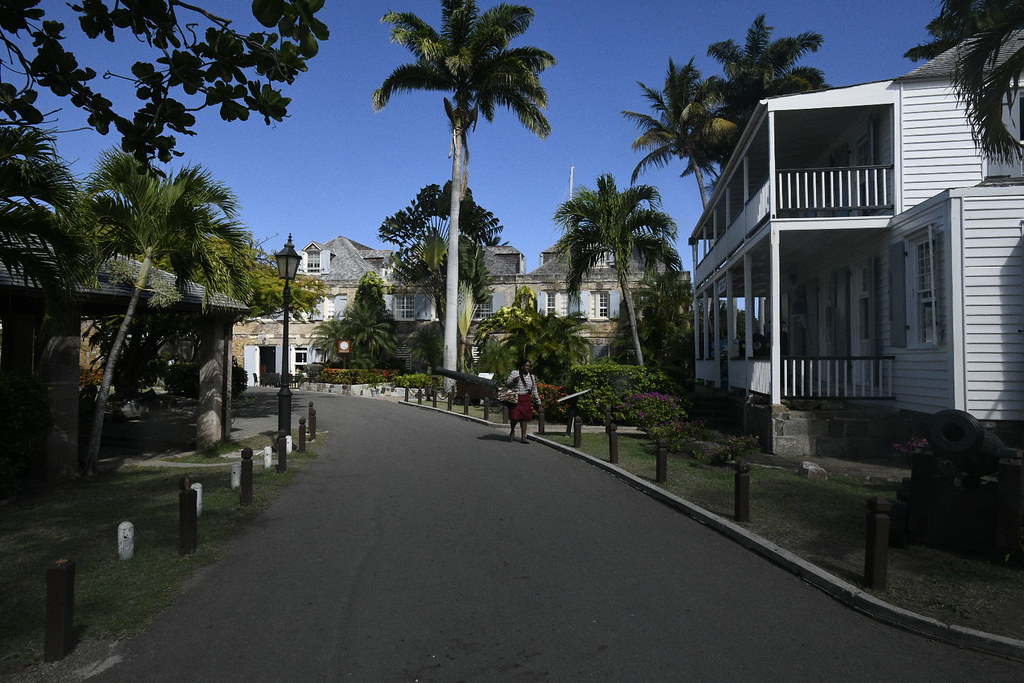 Once inside, it’s a time warp to Antigua’s colonial past: 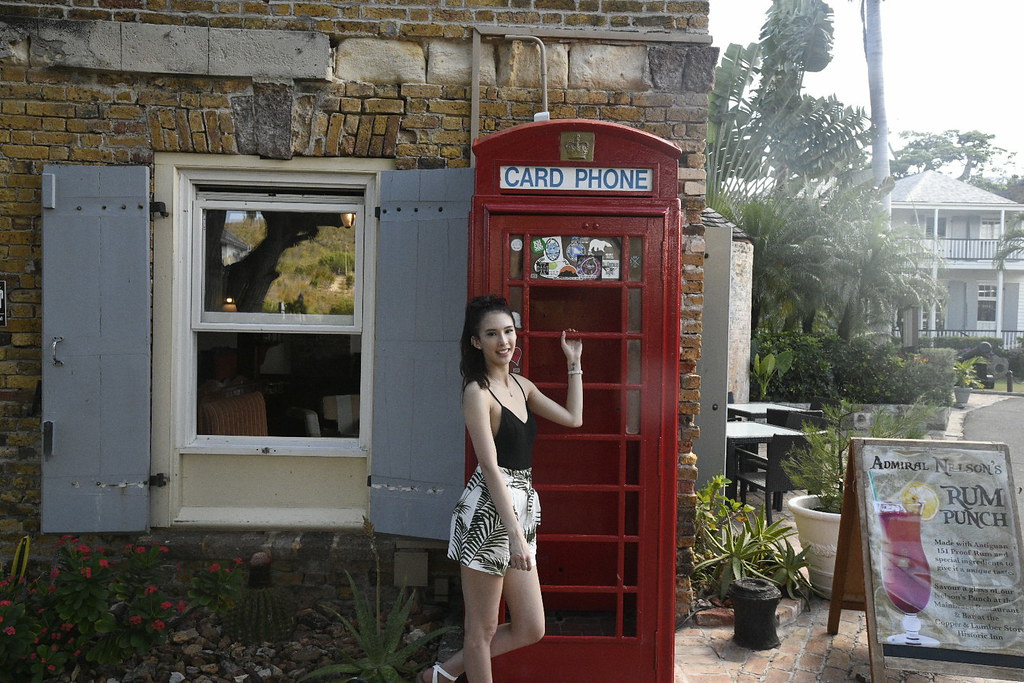 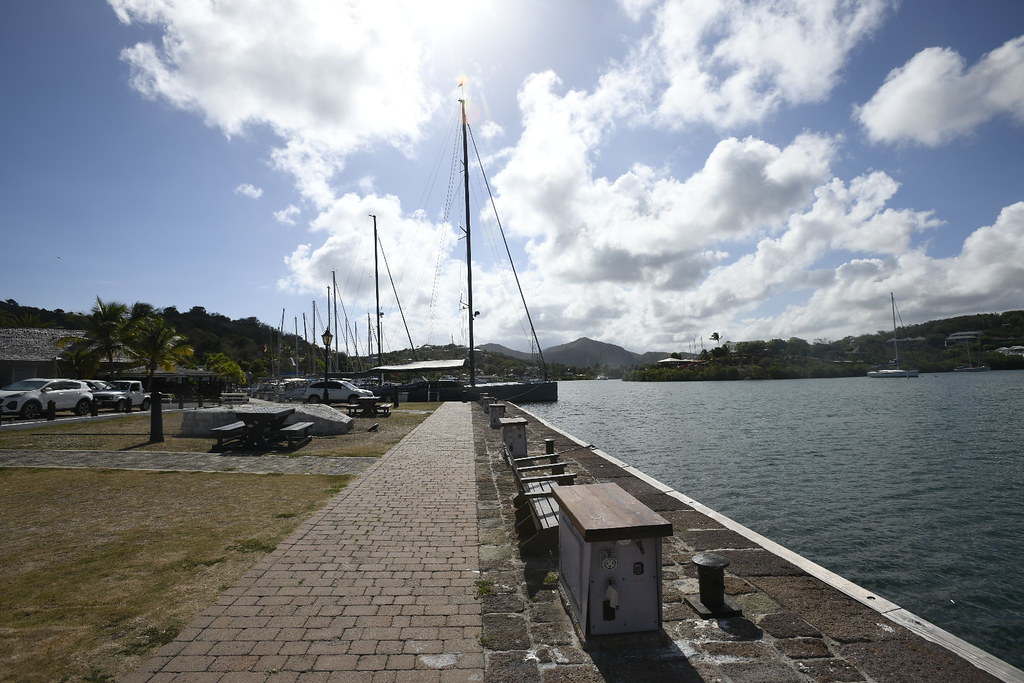 After about 30 minutes walking around and taking in the fresh air, we drove back up north and had a late but perfect lunch at Sandra’s Island Fusion Café. 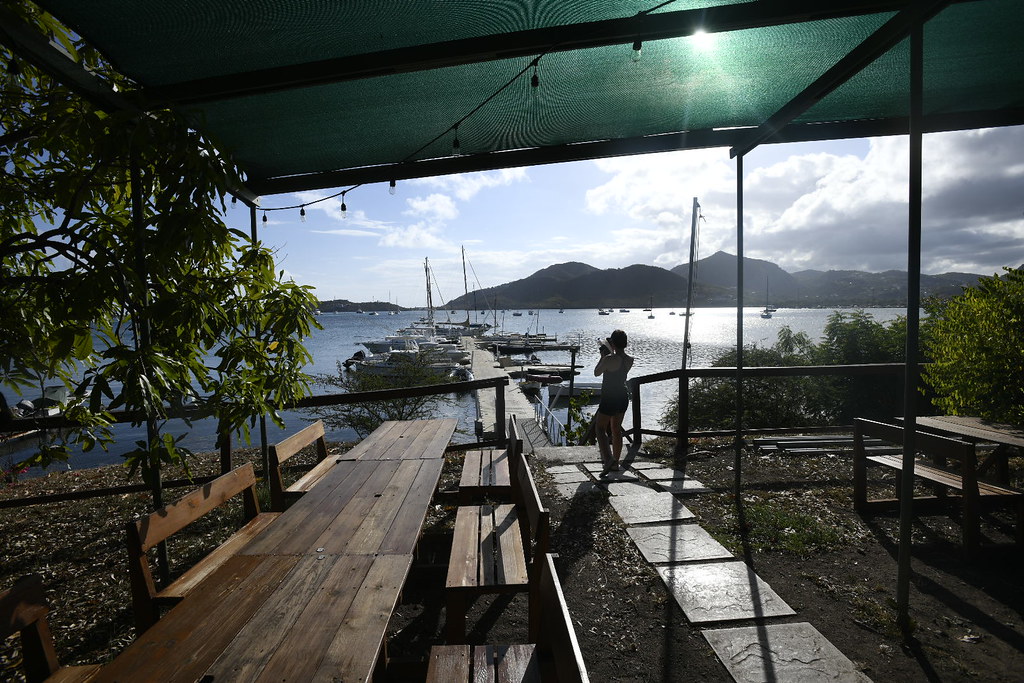 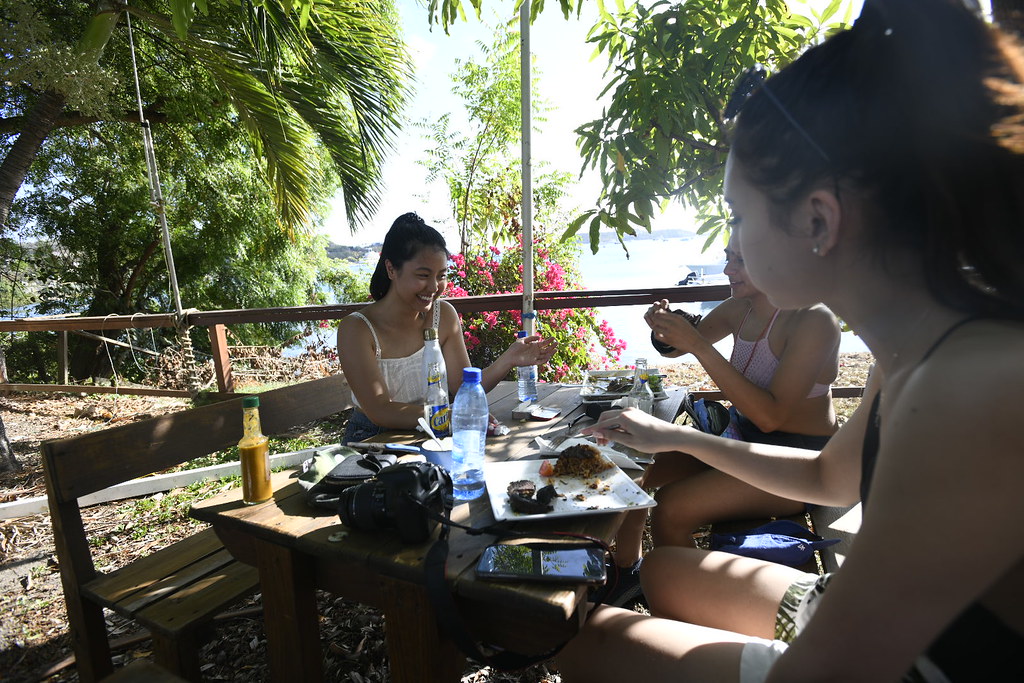 Then we drove 20 minutes north to the capital of Saint John’s, where we parked our car on a random side of the road.

We then walked around town, beginning at Saint Johns Cruise Port. 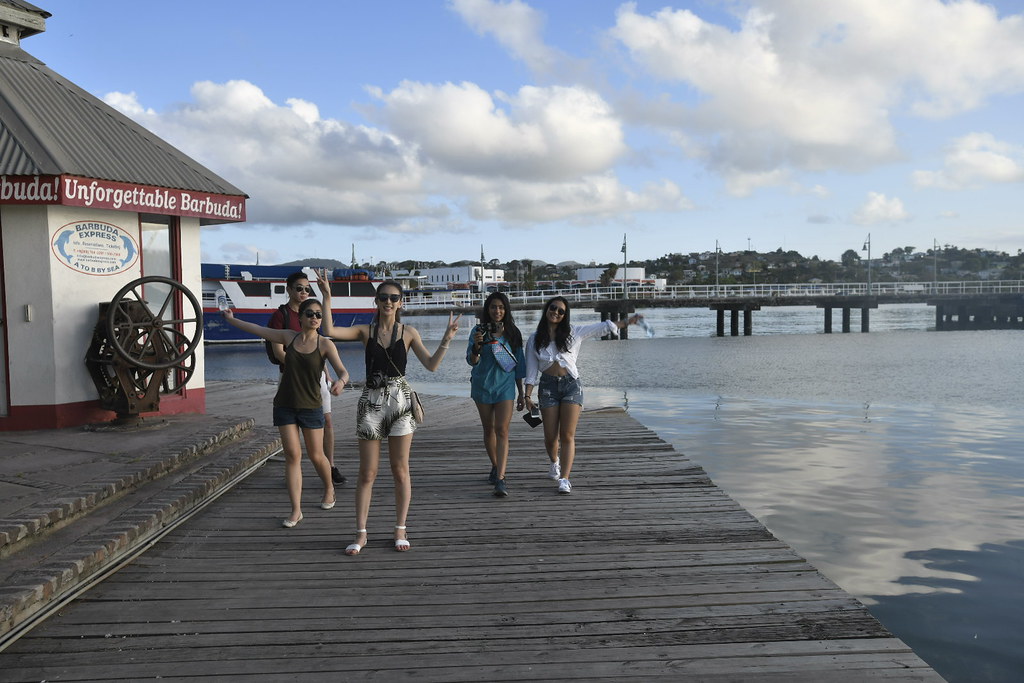 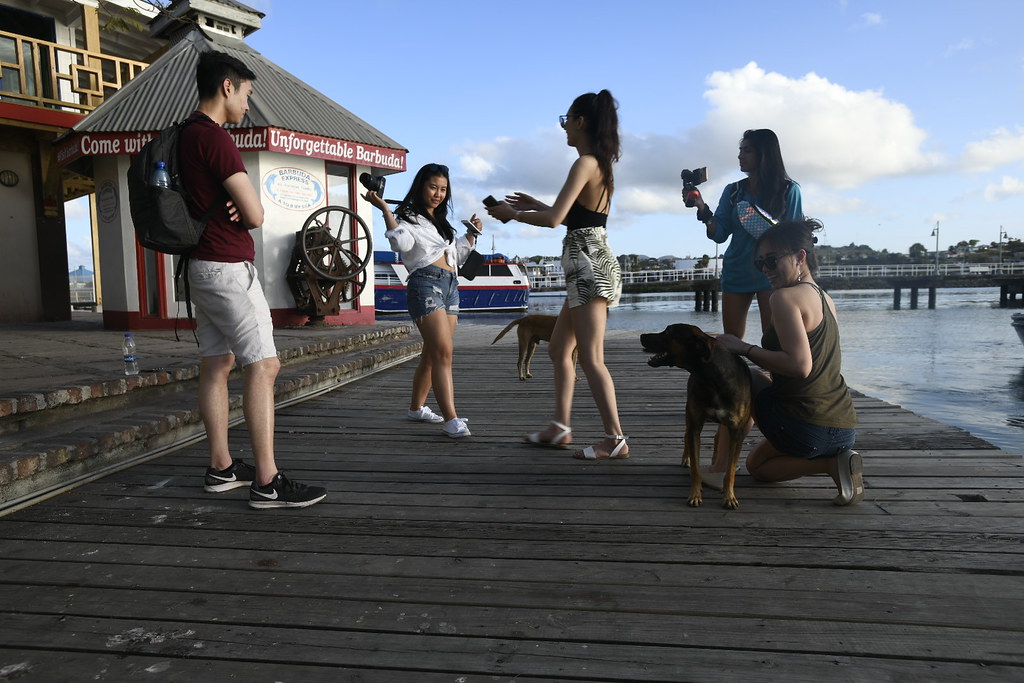 We walked a few minutes over to Heritage Quay, a giant shopping center: 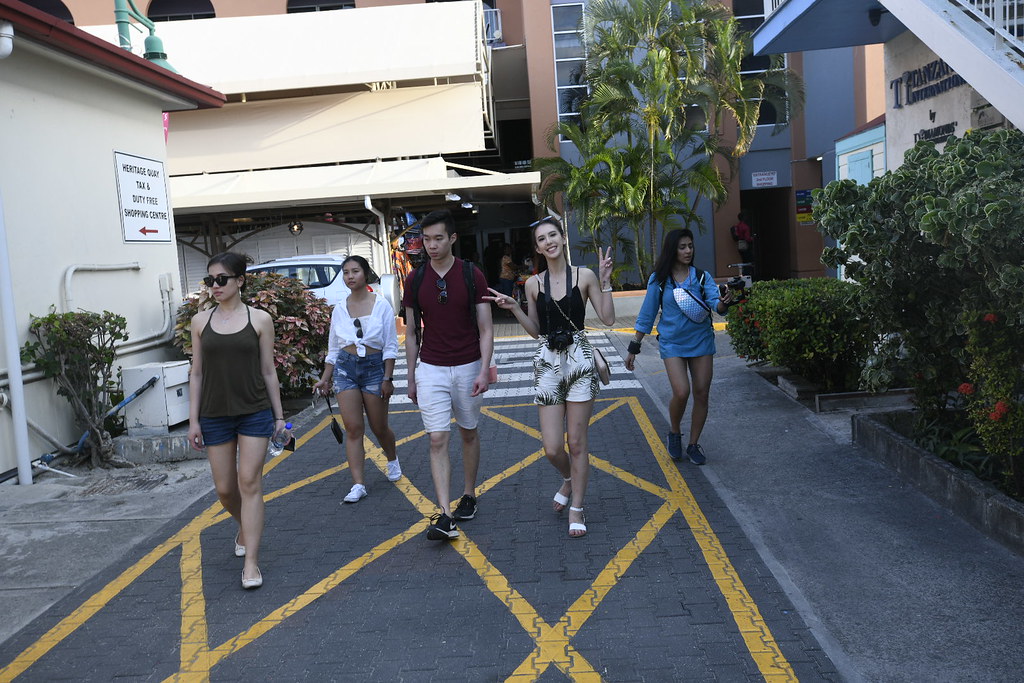 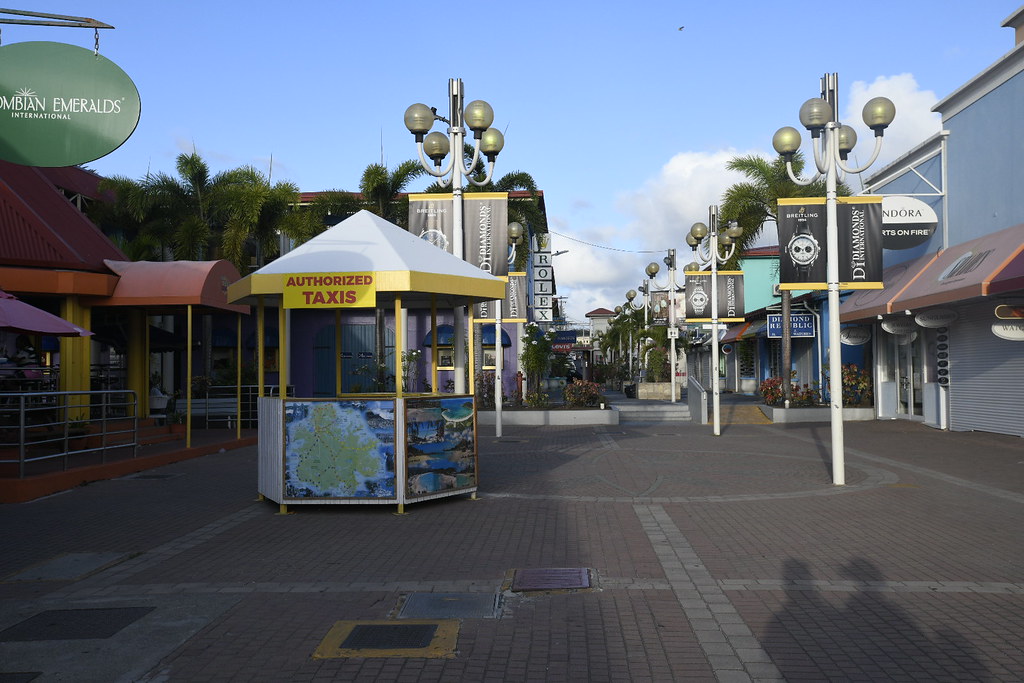 A block away we stopped in at Saint John the Divine Cathedral and Cemetery: 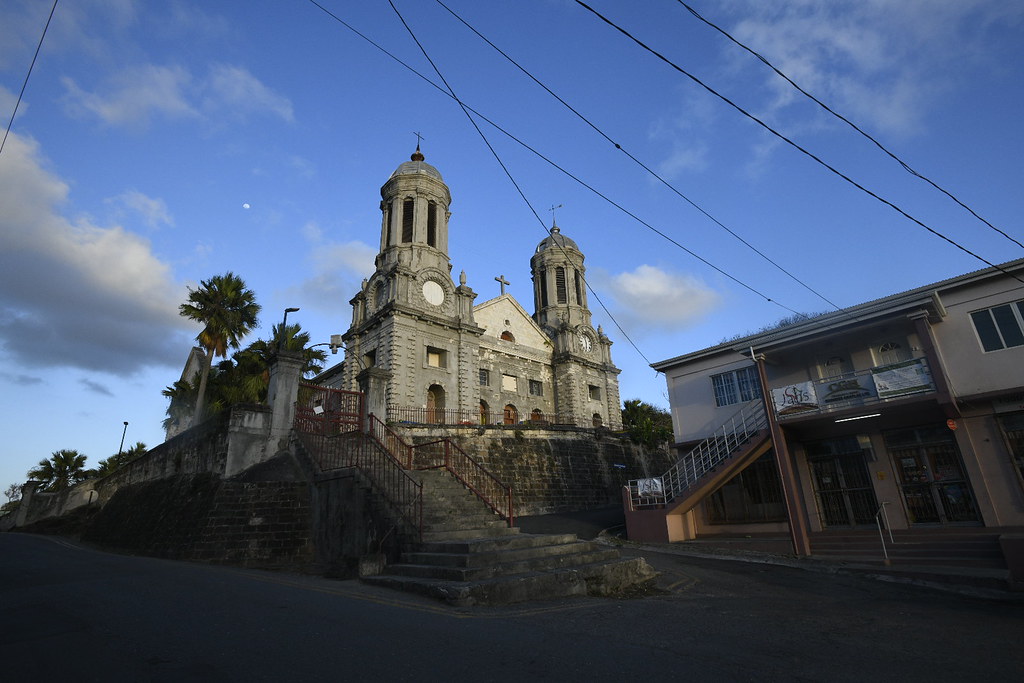 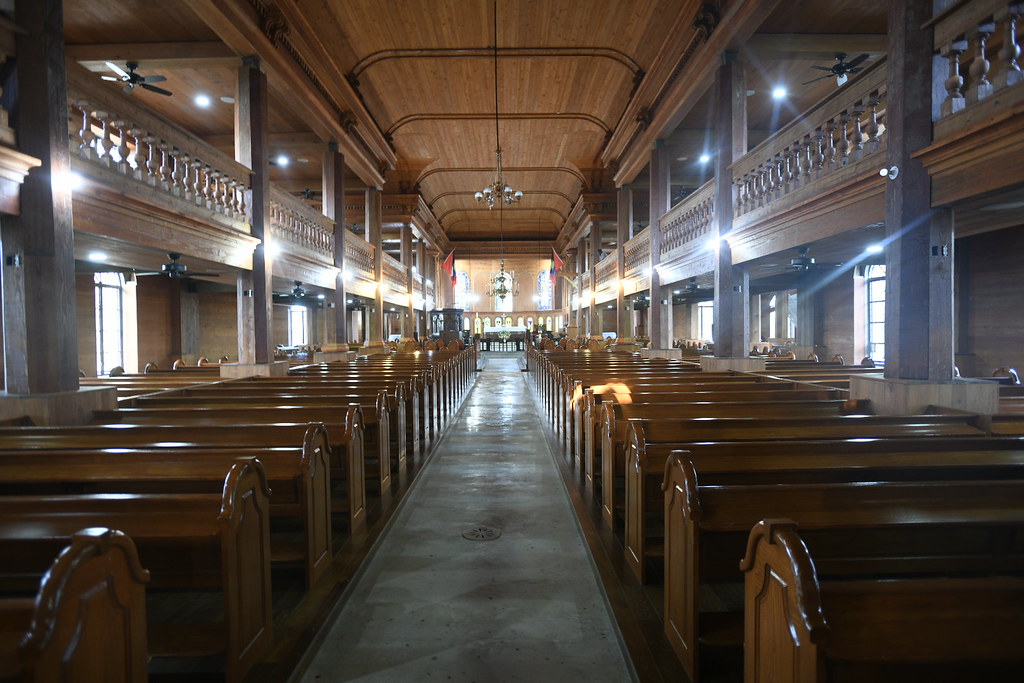 A few blocks more east is the Museum of Antigua and Barbuda: 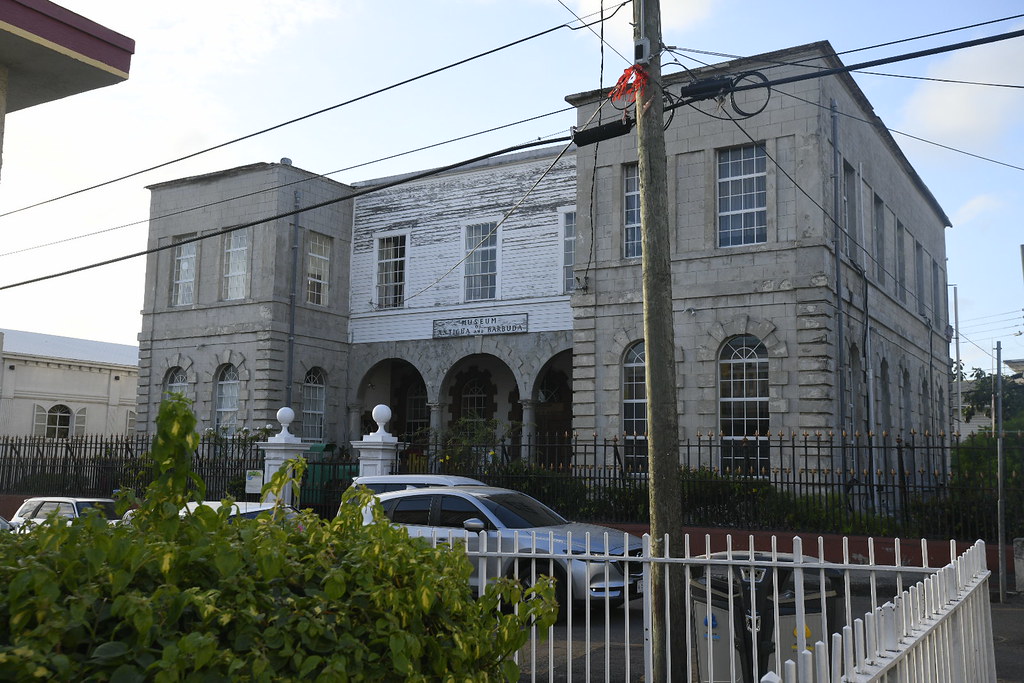 And to finish our sightseeing, we stopped for a sunset from the ruins of 18th century Fort James: 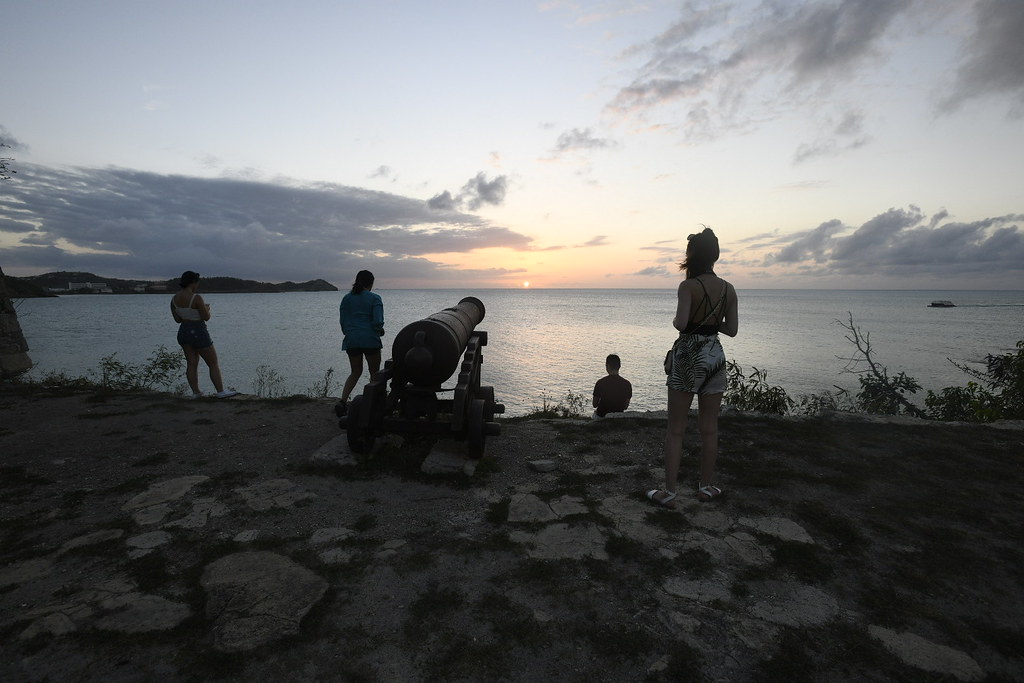 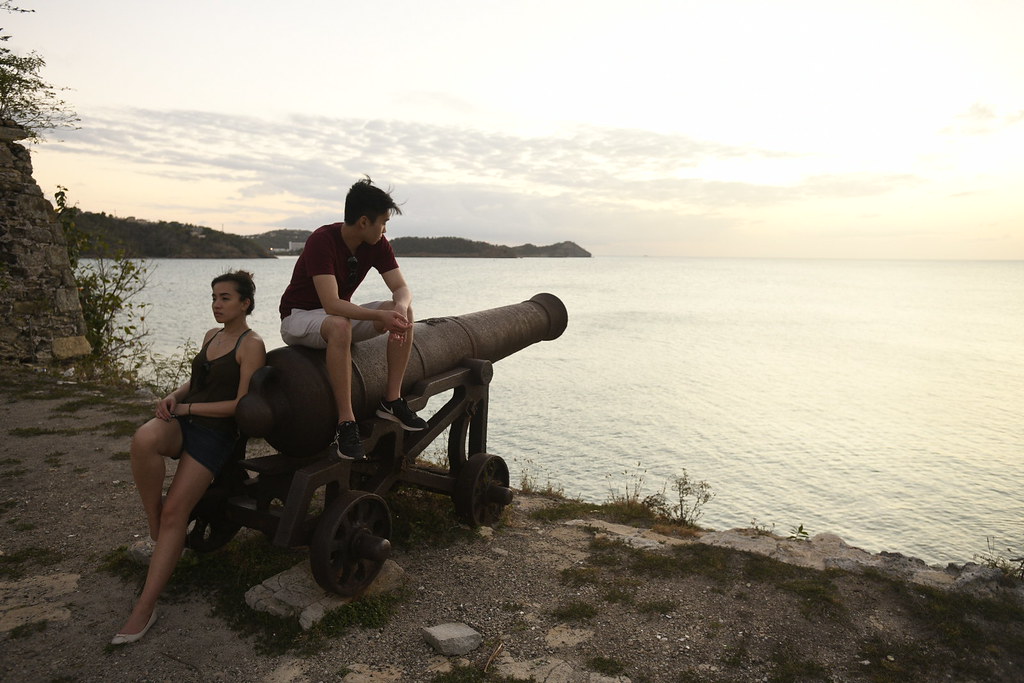 With music in the background and puppies coming up to play, this spot became our little playground. 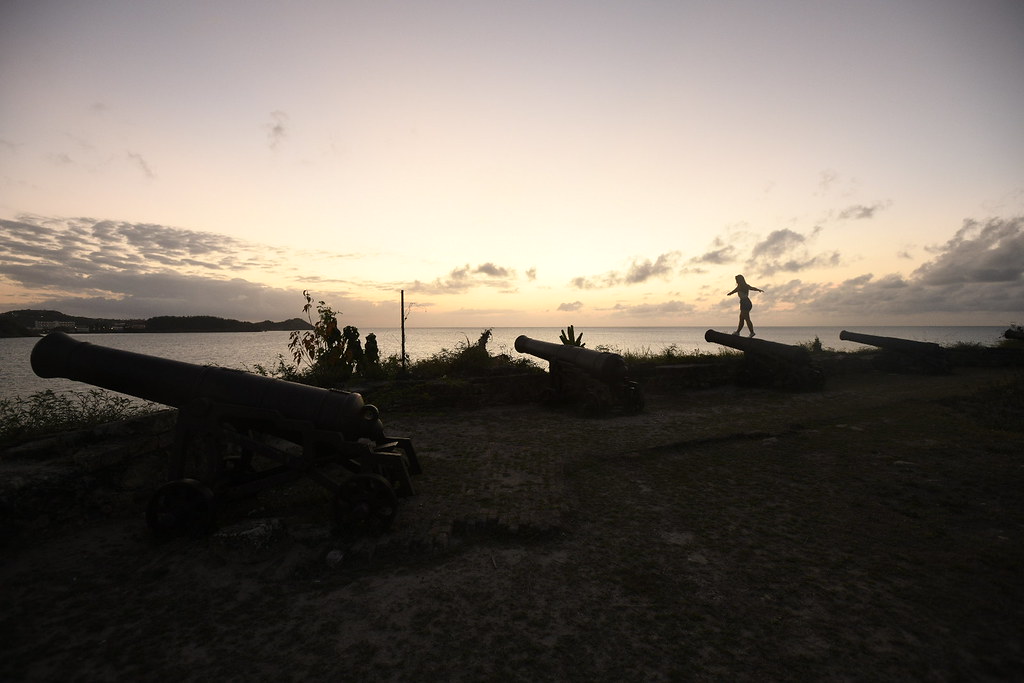 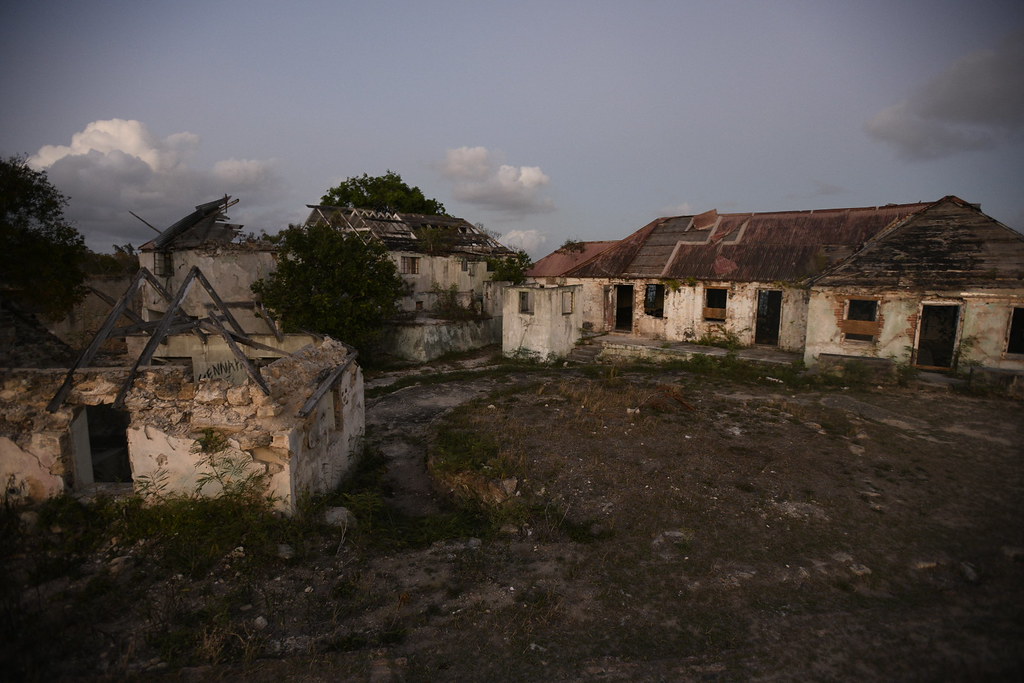 Finally, we decided to have an impromptu dinner next to the fort at Beachlimerz, celebrating our first day together as new lifelong friends. 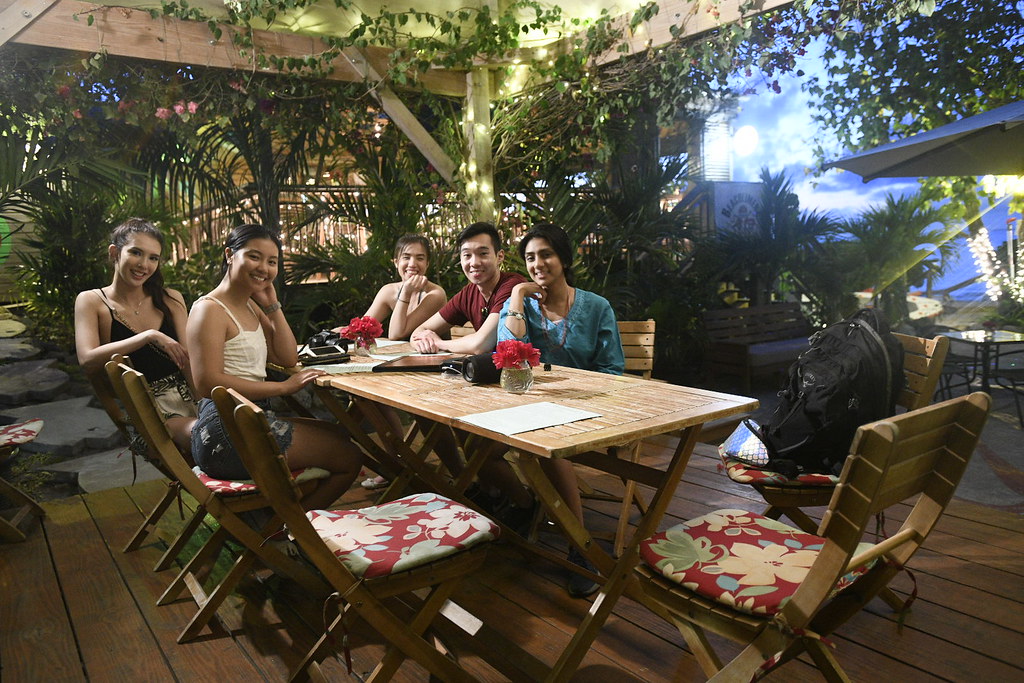 We then returned to our car and checked into our home away from home at Antigua Seaview. After a day like today, a shower is long overdue. 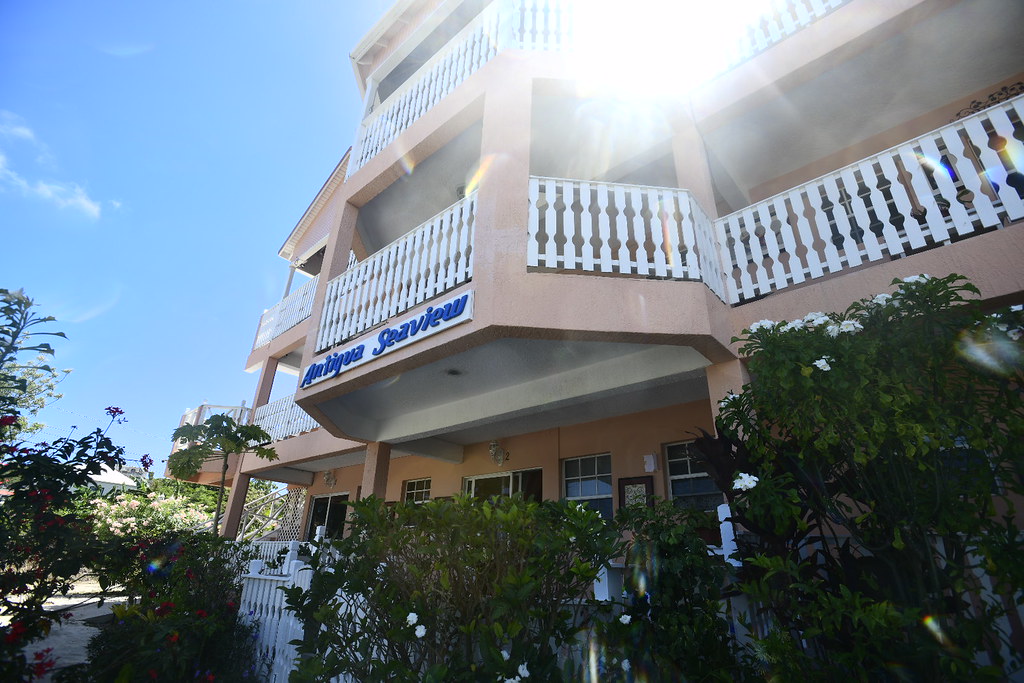