The UAE/Oman Road Trip: Abu Dhabi Doo! Where Are You?

Another monsoon begins. And this time it begins in the desert. Taking the 10:55pm Etihad Airways Flight #100 from JFK to AUH, I first experienced nearly an hour’s delay on JFK’s tarmac before taking off. While up in the air, I was able to knock out and get a full 8 hours of sleep before realizing that I would be landing in Abu Dhabi the night before a Friday, when everything would be closed for Friday prayers. Eeeeek.

Immediately getting on the plane’s WiFi, I coordinated with our local expat guide in Dubai, Sean (whom I met last May when I crashed YPT’s tour in Kurdistan Iraq), and came up with 2 possibilities: either we book it to the Sheikh Zayed Grand Mosque right after I land to make it in time for the final entry allowed at 9:30pm, or we visit on Friday after prayers at 2pm.

Seeing that my one hour delay at JFK airport would lead me to land in Abu Dhabi airport no earlier than 8:40pm, as well as my big backpack having been forcibly checked in at JFK, the former suggestion wasn’t going to fly (although I did try to make an attempt, but alas my checked bag took awhile to get to baggage claims).

Once getting out of immigrations and registering for E-Gate, I met up with Ambrose at arrivals whom I last traveled 2 years before in Edinburgh. Oh how time flies!

I’ve had many layovers via Abu Dhabi airport, but today would be the first I would get to leave the airport.

Hiring a cab to take me to my lodgings at Grand Mercure by the coast, we settled into our fancy digs. I’m definitely getting older. 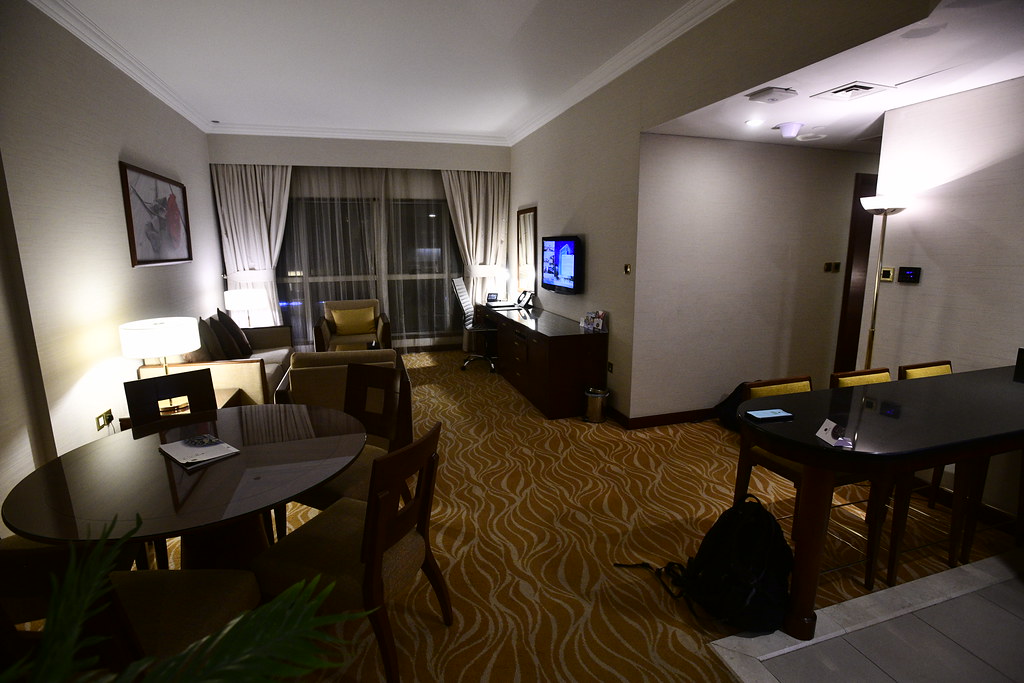 We then waited for Wendy to arrive at 11:30pm from her flight in Dubai before grabbing dinner at a late night grill shop outside. 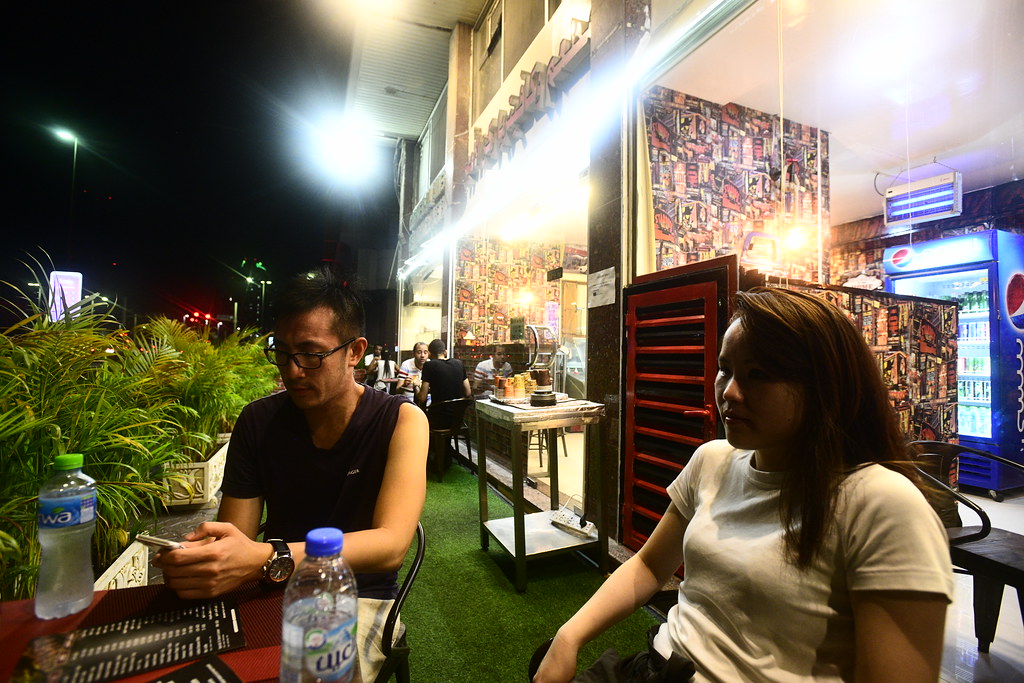 Amanda would join us at 2am as she flew in a few hours later.

The next morning we went for a swim and enjoyed a lazy buffet brunch on the rooftop of our hotel before checking out by noon. 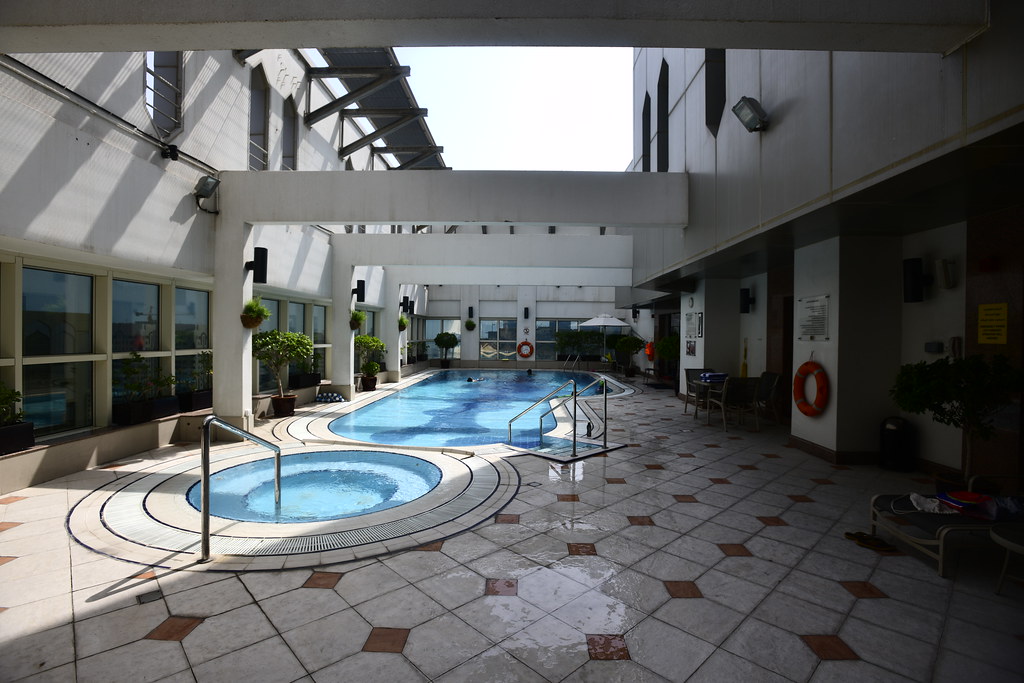 While waiting for the Grand Mosque to open at 2pm, and after my first Uber driver frustratingly cancelled on me because of Friday prayers, our hotel was able to immediately hire a wonderful driver named Hosain on the spot!

With little time to spare, we first drove to the newly built Louvre nearby on the northeastern part of town: 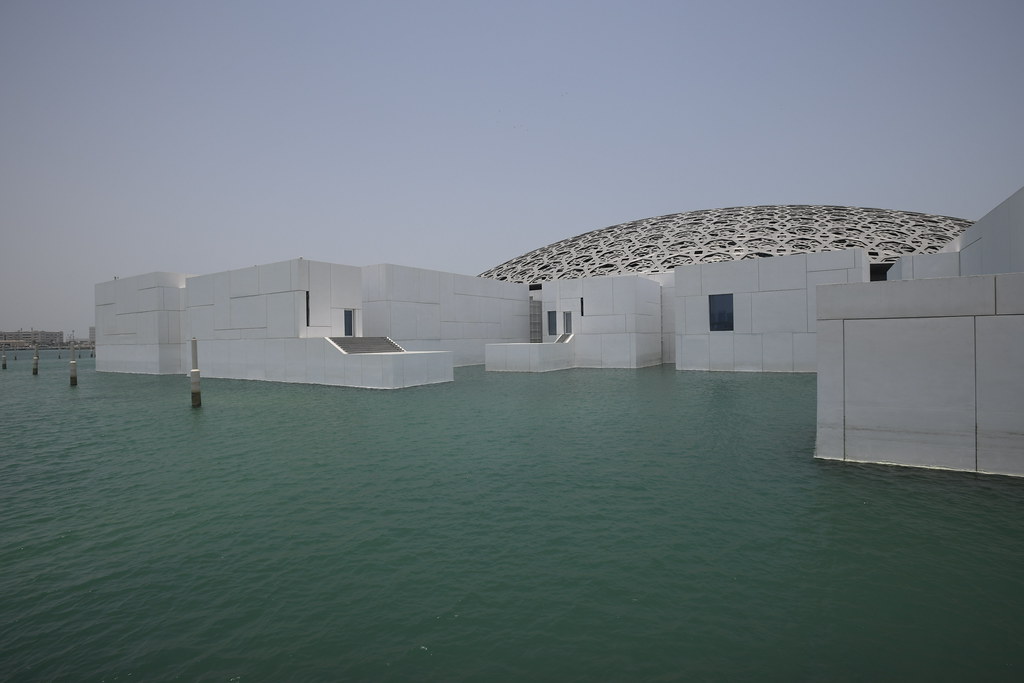 Then heading southwest and passing by the Emirati (now a hotel) and Presidential Palaces, we stopped for a visit at Qasr Al Watan, a newly built opulent palace showcasing Arab culture.

It costs 60 AED to enter and a bus takes you from the visitor’s center to the palace itself.

Arguably the top sight to behold in Abu Dhabi, however, is the Sheikh Zayed Grand Mosque, one of the largest mosques in the world and the largest in the country.

There are hourly tours beginning at 10am Monday to Thursday, and 2:30pm onwards on Friday. You have to enter a bit away at a new underground Visitor’s Center. 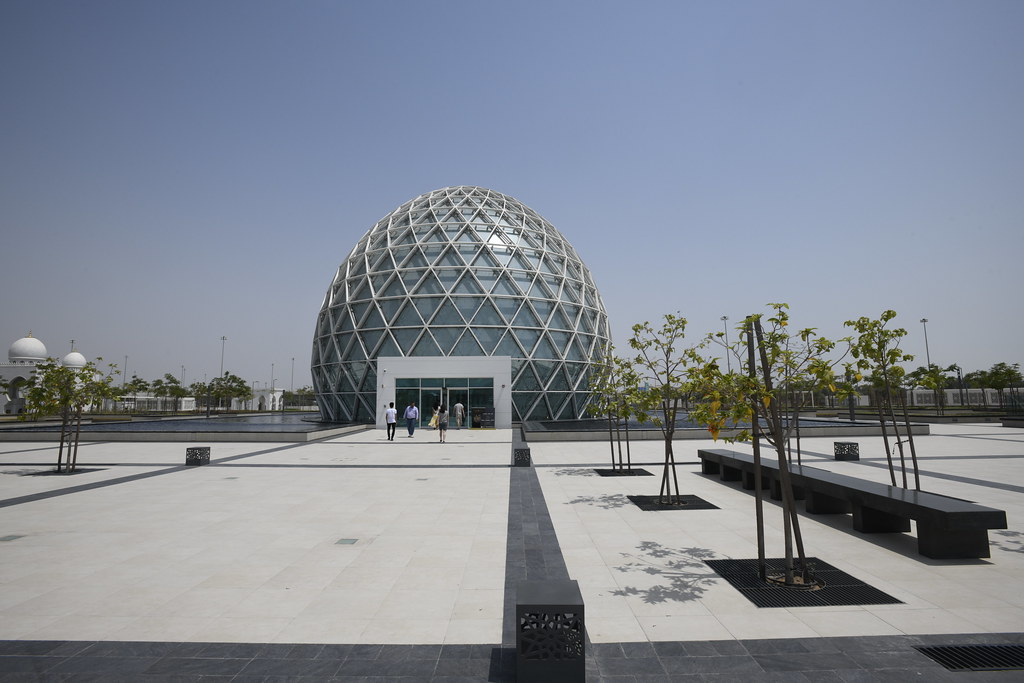 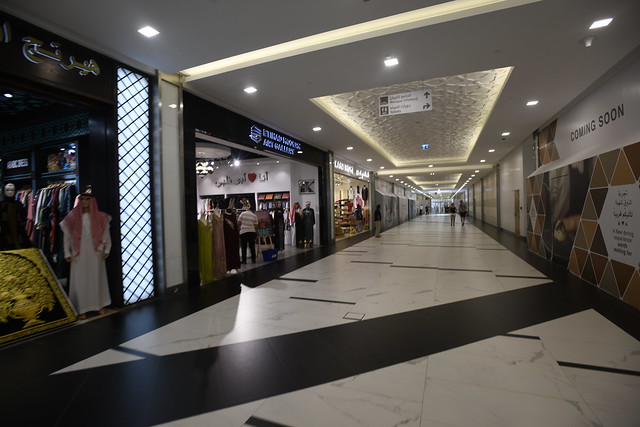 Since we had mistakenly been informed on the phone that it would open early for us at 2pm, we were the first ones inside when it actually opened at 2:30pm. The typical Emirati runaround.

Once inside, you first have to register for a free ticket, and then put on appropriate wear which they’ll offer. Then you walk down a long underground tunnel (golf carts are available for the lazy). 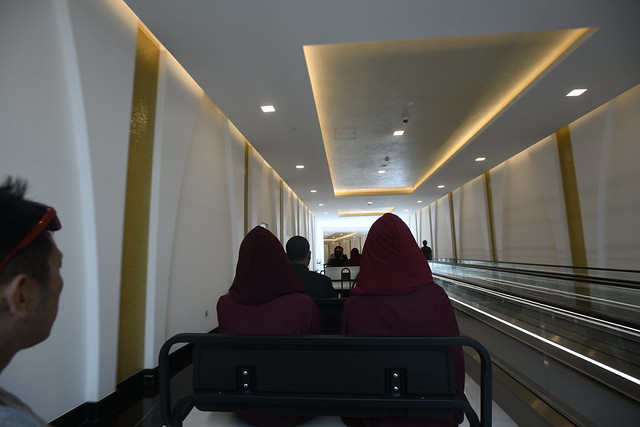 Then we spent about 30 minutes here admiring the grandiosity of it all. This place can hold 41,000 worshippers. 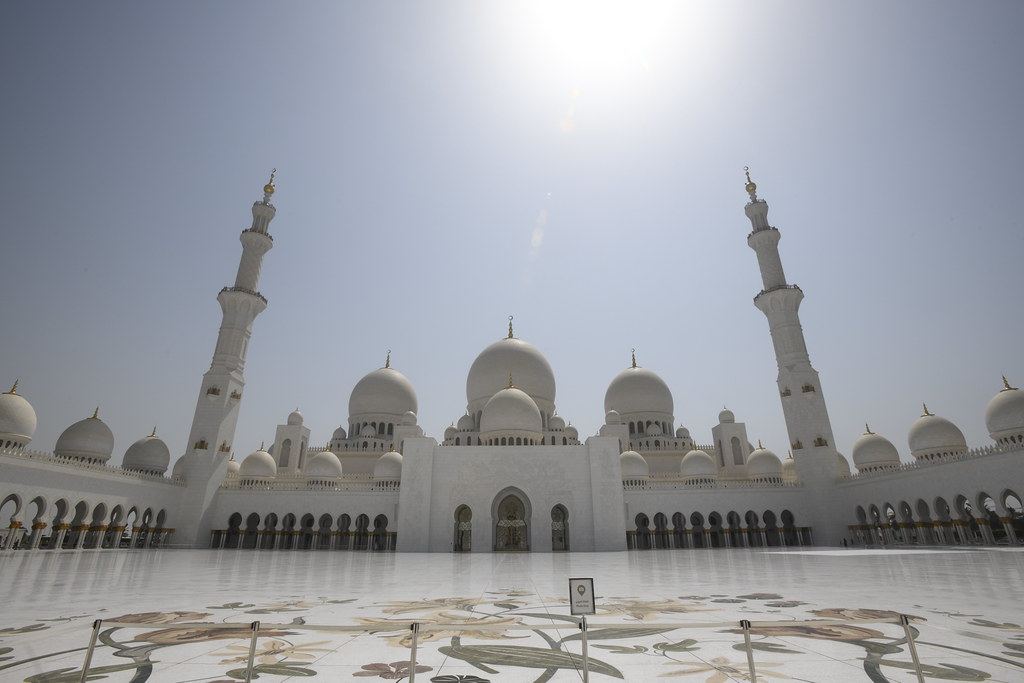 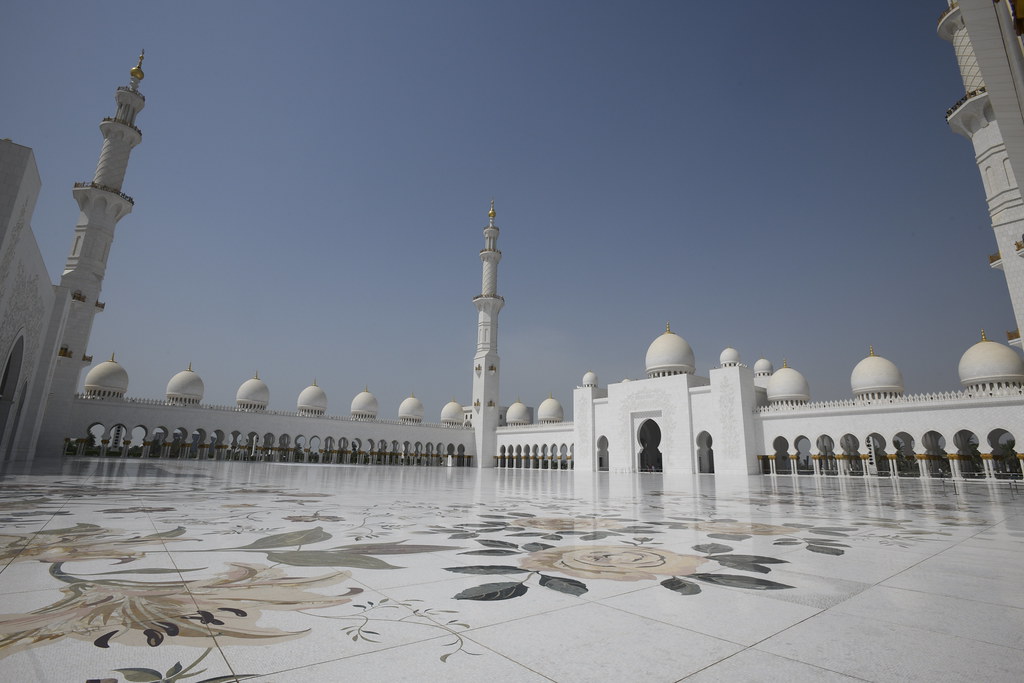 Even the Ablution Room and public washrooms are gilded with gold and diamonds. 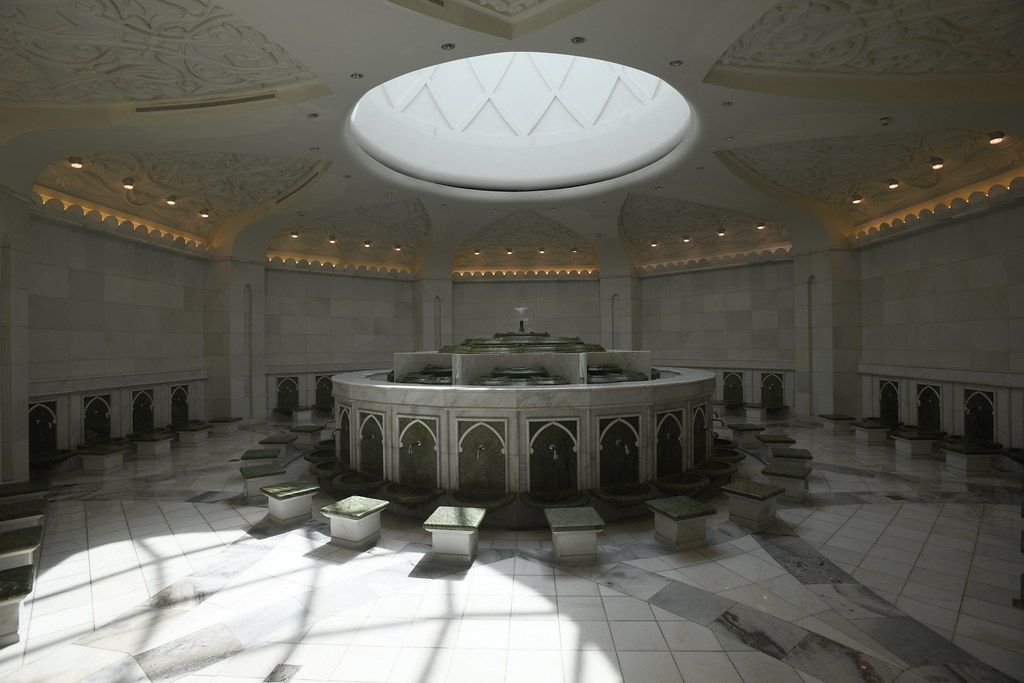 You’ll need to show them your free ticket to enter the main prayer hall (which I had somehow lost already, so I had to sweet talk and quickly sneak in thanks to a guard who literally looked the other way). 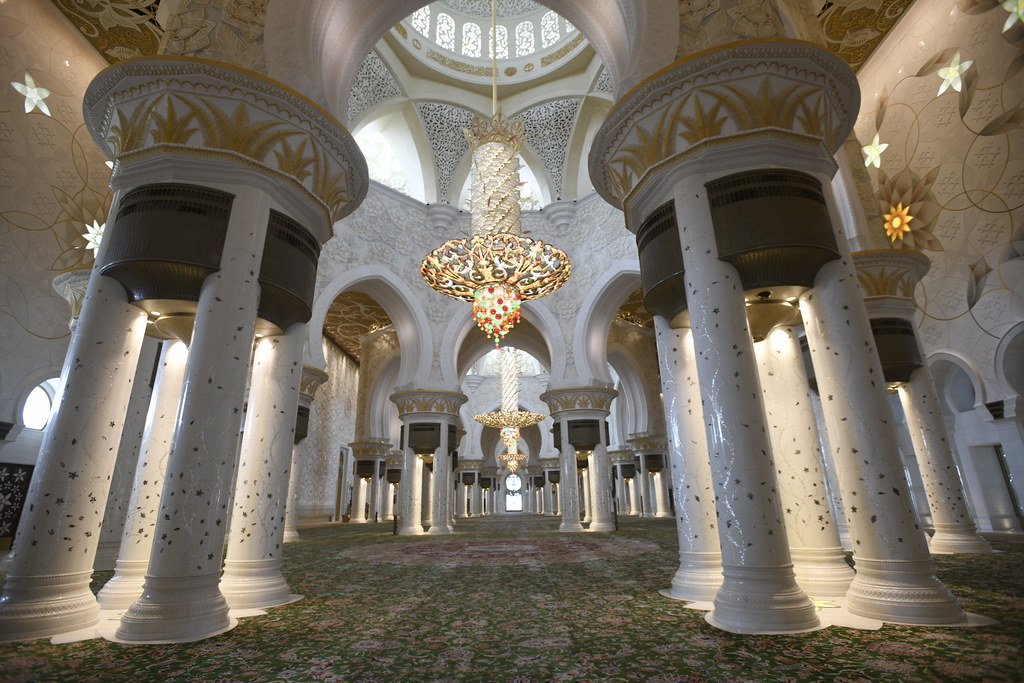 Afterwards we jumped back in our car where Hosain then drove us up north for Dubai so we could meet up with our local expat friend Sean!