One of my most epic days of traveling ever. And this is days before we head into Afghanistan! 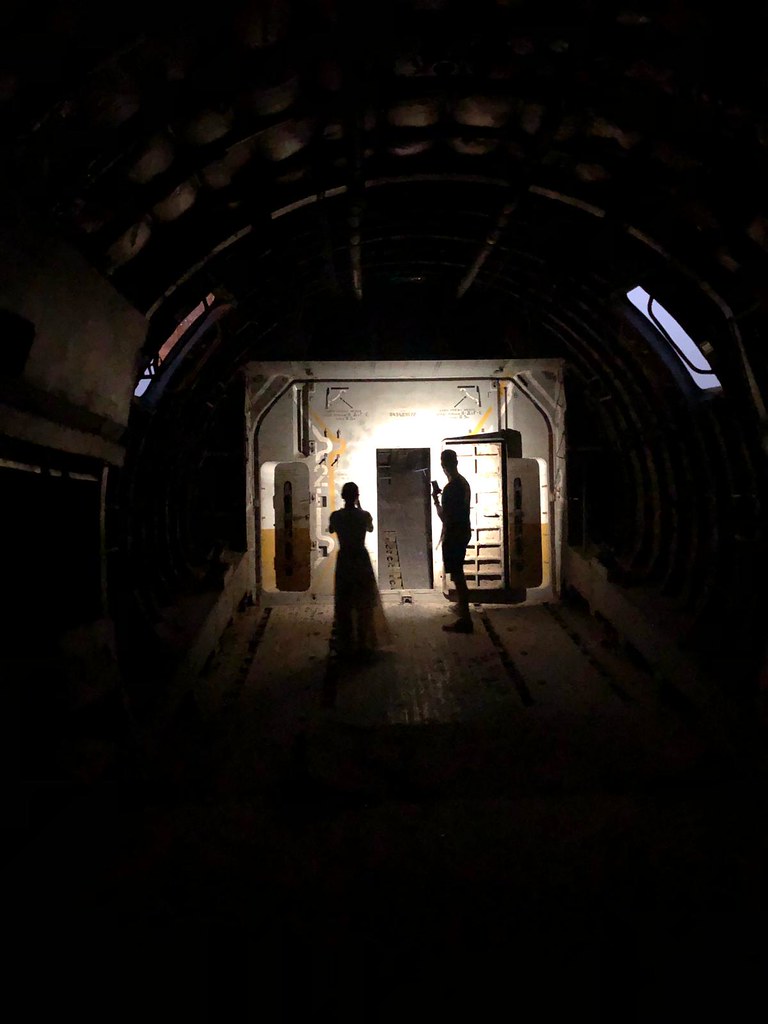 Following our whirlwind morning in Abu Dhabi, our driver Hosain took us up an hour’s drive towards Dubai at the ENOC Gas Station by Ibn Ba. There we rendezvous’ed with our local friend and expat living in the UAE, Sean — whom I met last May when I crashed a YPT trip in Iraq. 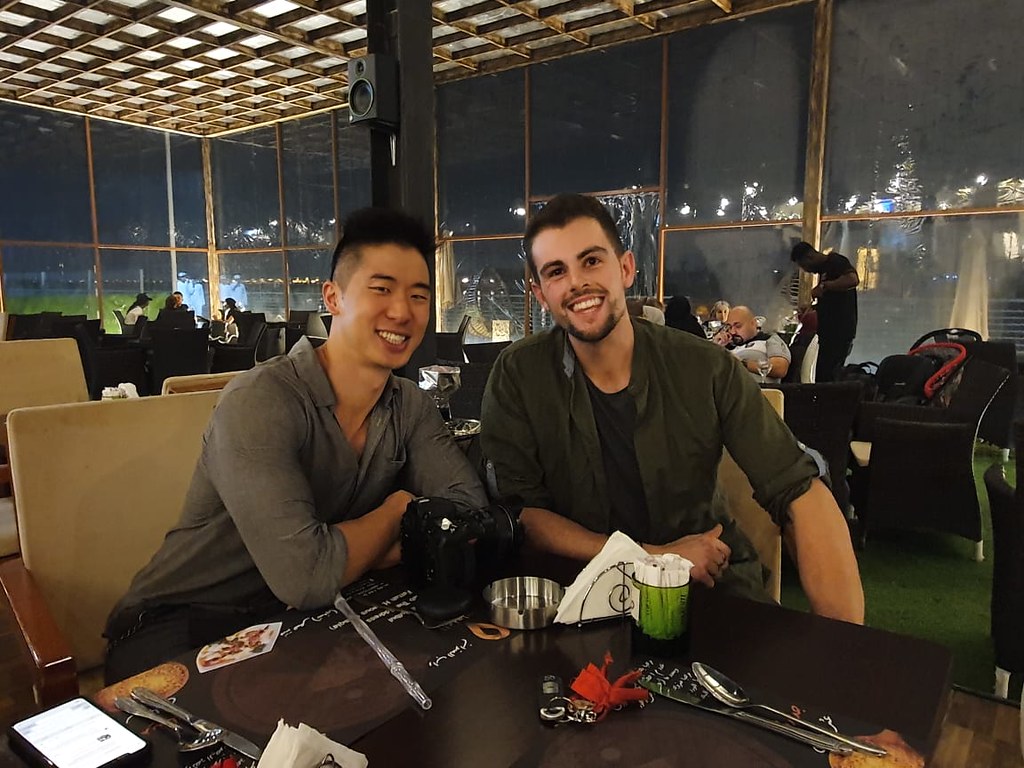 Despite a snafu with my debit card and the ATMs here (thanks Amanda for the rescue!) we paid Hosain 400 AED for his time as Sean took over for the driving (Amusingly, Sean also happened to be driving the same car as our Abu Dhabi driver).

We then drove quickly up through Dubai, which I’ve profiled numerous times before. 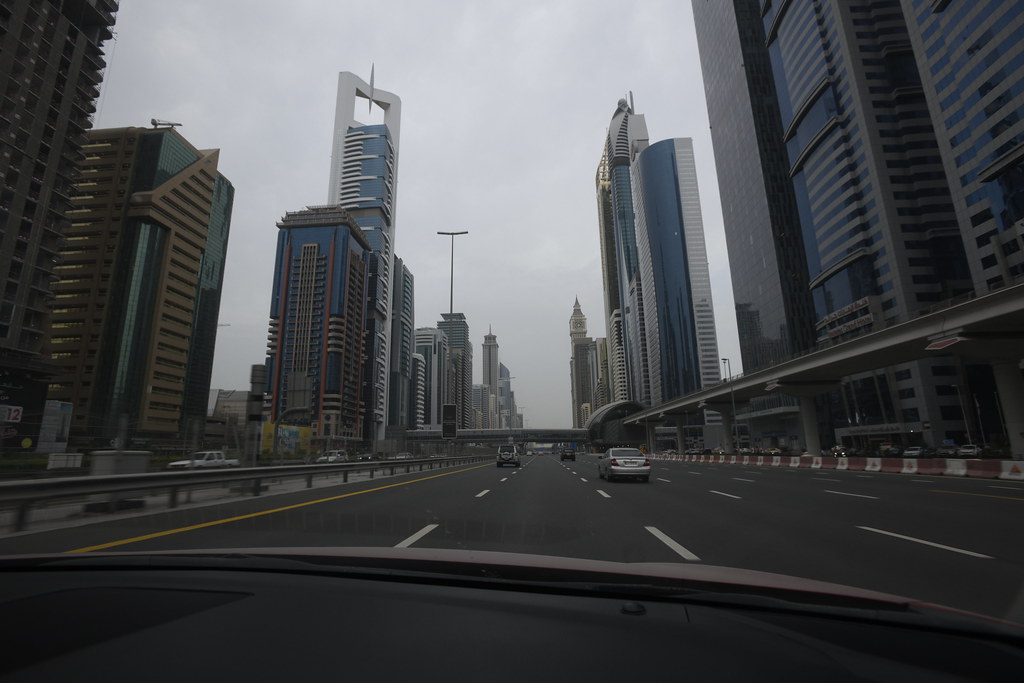 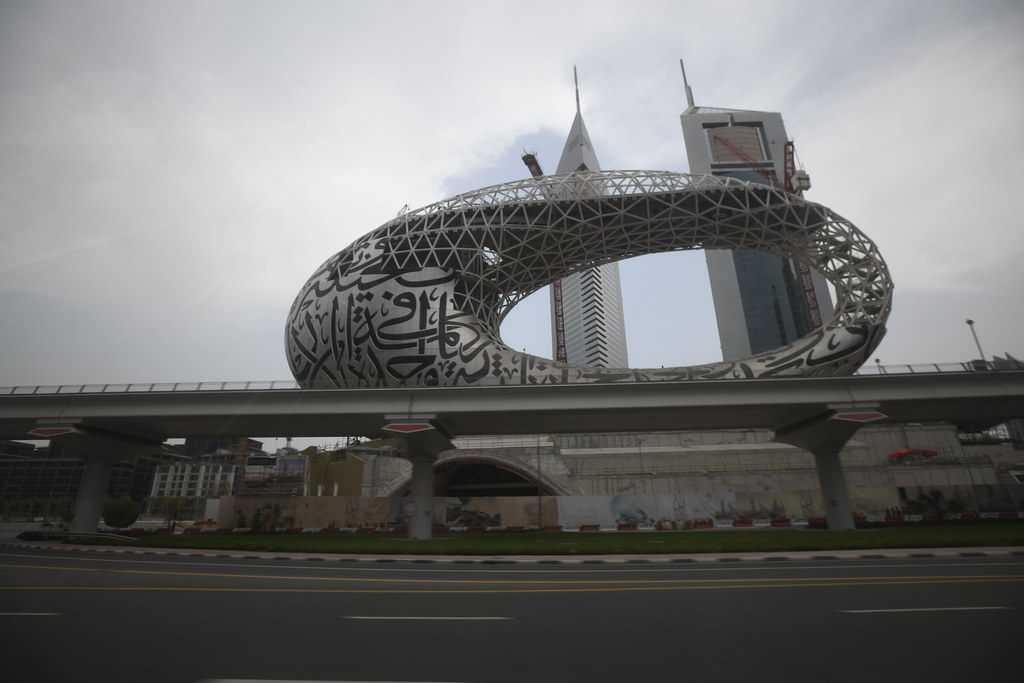 Promptly leaving Dubai behind, we first passed through Sharjah to the north, the third largest and third most populous city in the UAE.

Sharjah is known for its relative “poorer” status and yet staunch Islamic conservatism compared to its neighbors (ex. all alcohol and hookah/shisha is banned here): 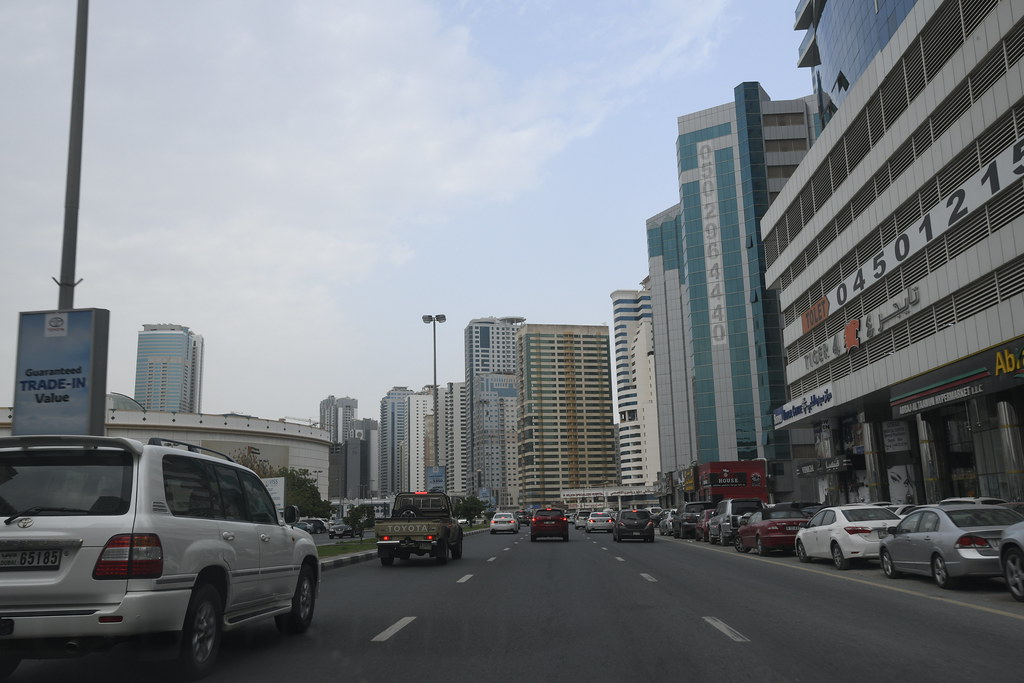 …we then passed Ajman, the smallest of the emirates: 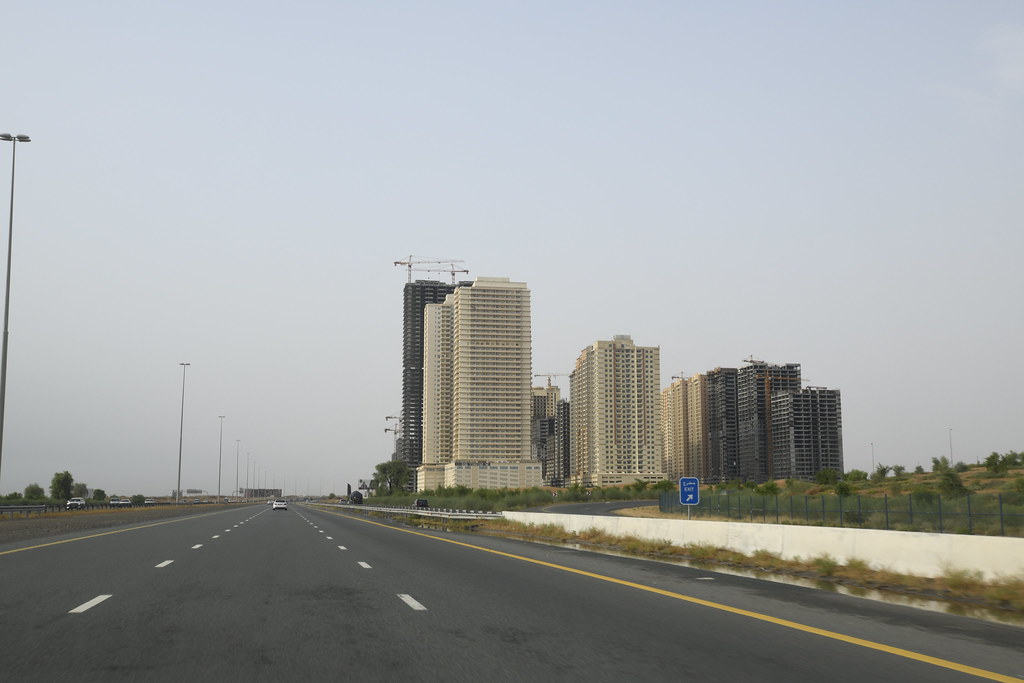 Then driving further and passing by Umm Al Quwain, we reached Ras Al-Khaimah, aka RAK City and home to most of UAE’s residents.

The highlight in RAK city is the ghost town of Al Jazirah Al Hamra (aka The Red Island), which once housed 2500 residents.

Abandoned houses and mosques litter this area, which has been believed by locals to be haunted. Otherwise, this is the closest idea you can get to a traditional town that depicted life before oil was discovered in the United Arab Emirates.

We spent about 20 minutes walking around and urbexin‘: 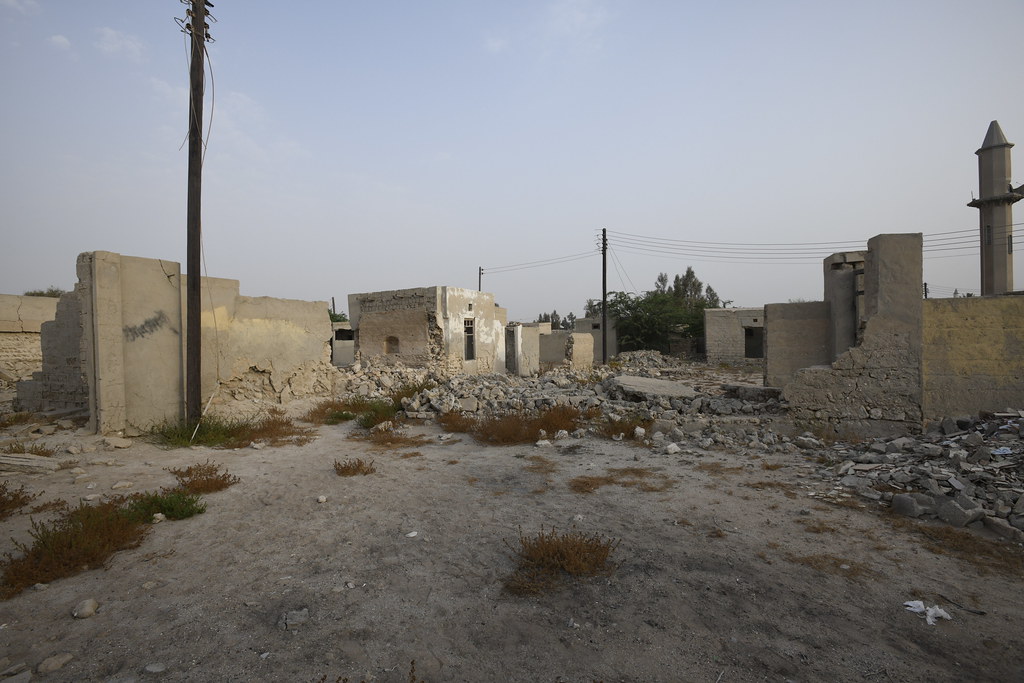 You can technically climb up the lone minaret here . . . 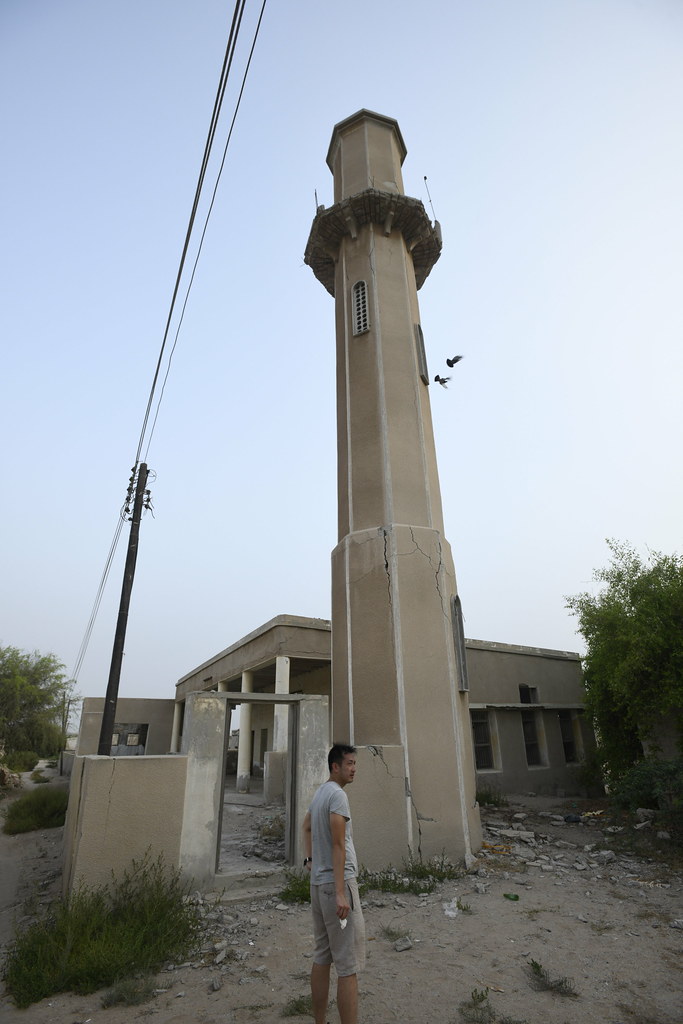 . . . but be careful of the rickety stairs! Some of the steps are NOT secure so test each one carefully before taking a step (I had to lunge up skipping a few). 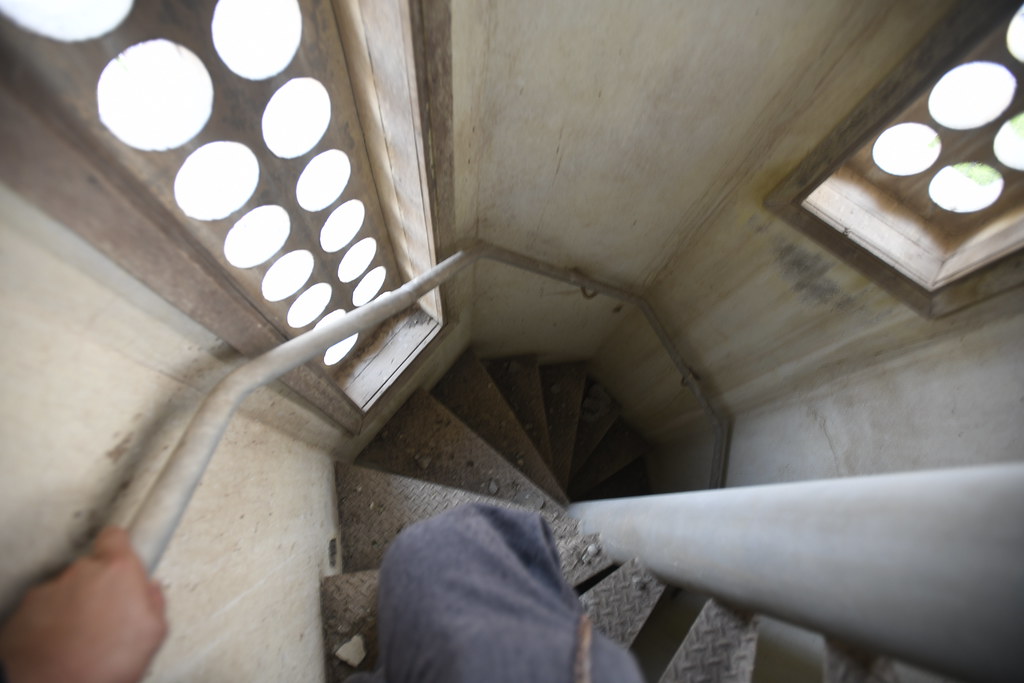 Once you get to the top, hold to the wall lest you fall off (there’s no railings here): 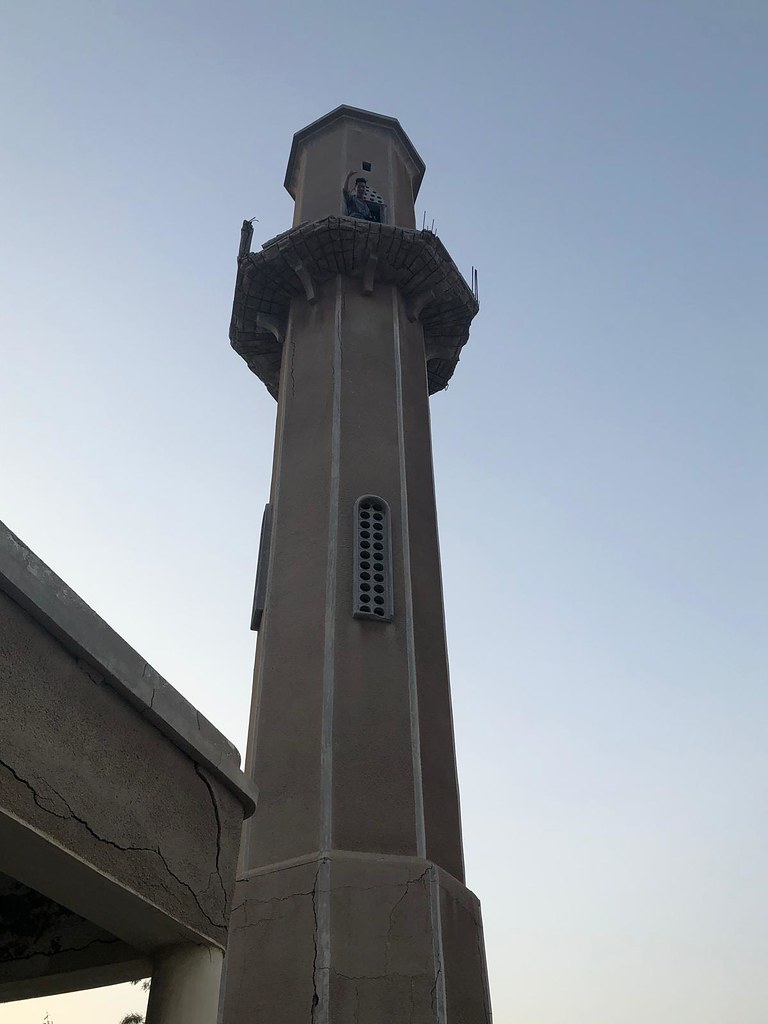 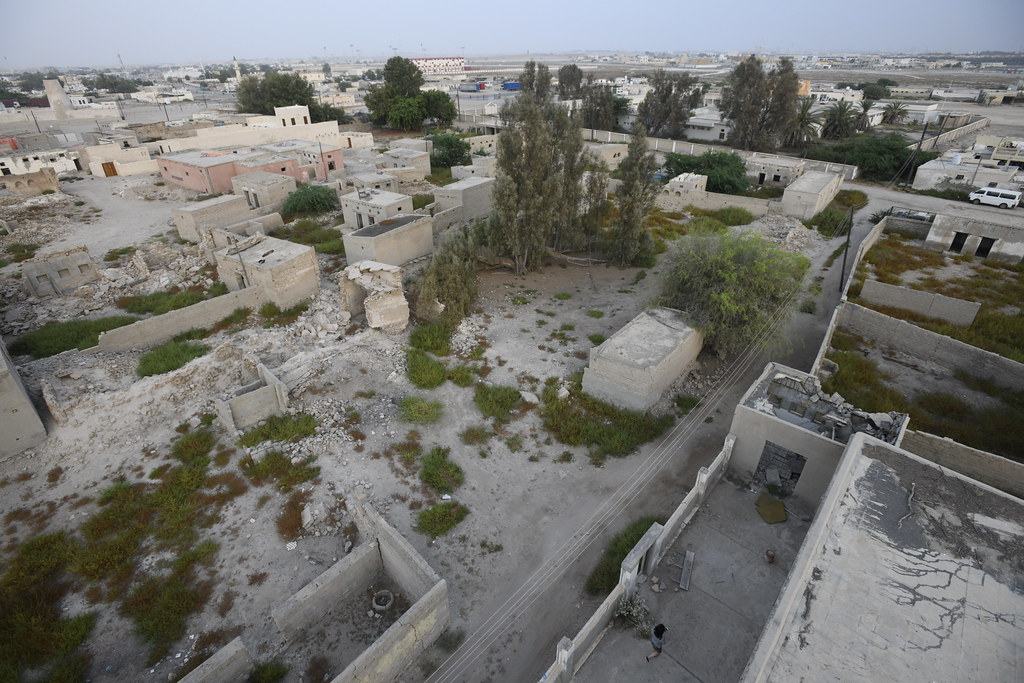 But the views though:

After climbing down we then drove south back towards Umm Al Quwain, the least populous emirate in the UAE.

The crown jewel here is the ghost airport that still is home to a mysteriously abandoned Ilyushin IL 76 Soviet cargo plane emblazoned with Palma Beach Hotel on the sides. 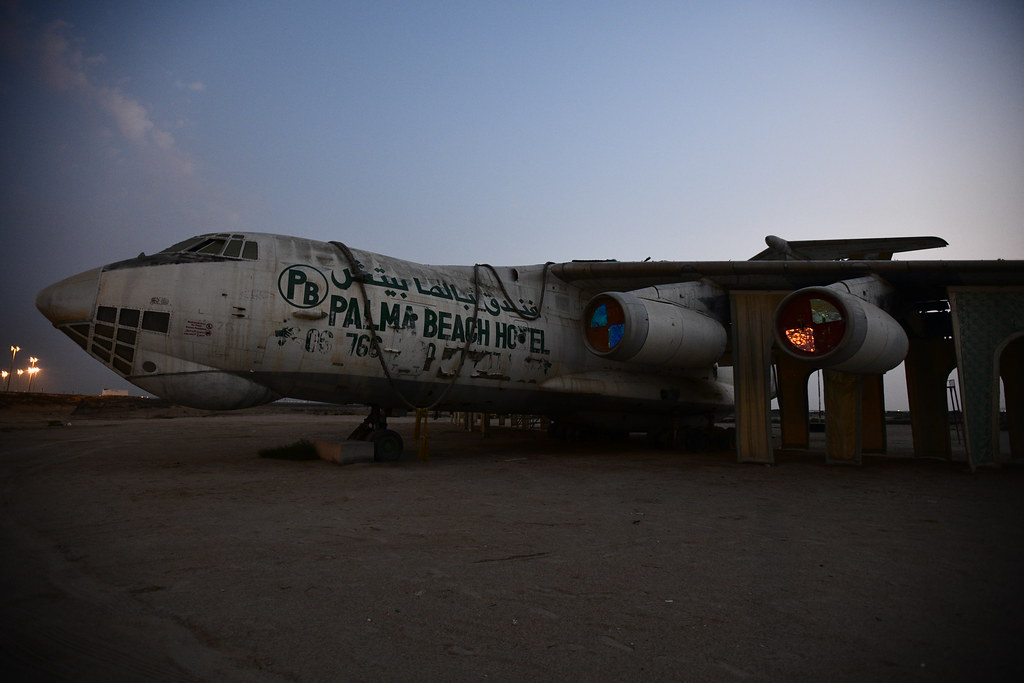 Nobody truly knows its backstory. However, one theory is that an infamous Russian arms dealer had to crash land here in the UAE after running out of fuel, after which he absconded before finally being arrested by Interpol a few years later.

Whatever the story is, and if you find yourself alone and not turned away by the Sudanese official assigned to guard this cryptic relic, look for a ladder by the engine. And if it’s there, it obviously may exit for a certain purpose: 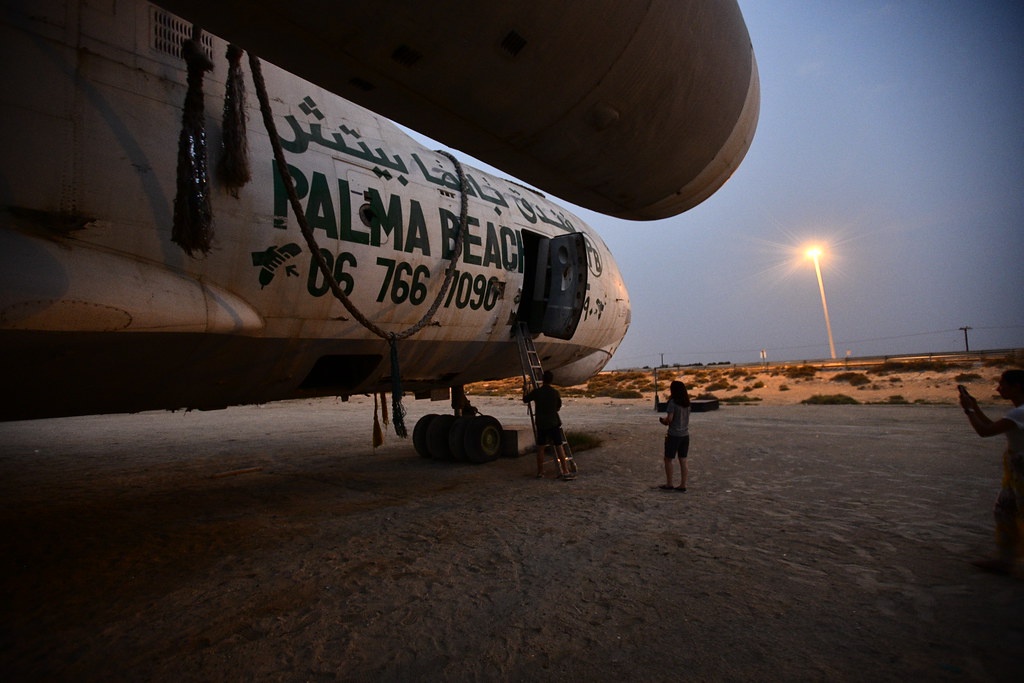 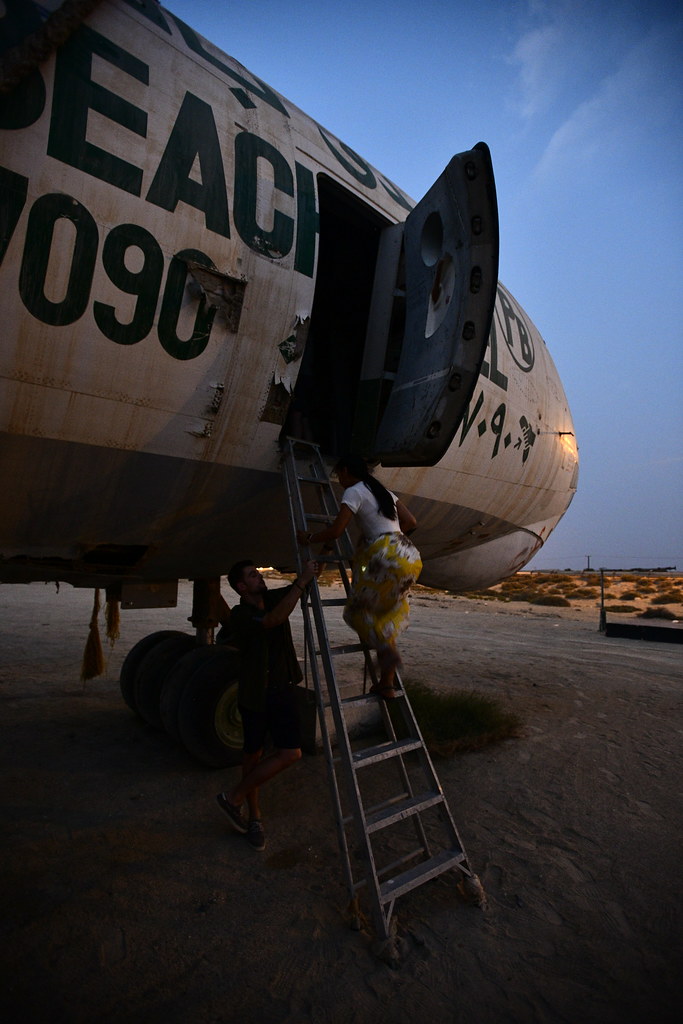 Hopefully you have a torch with you because the interior is nuts: 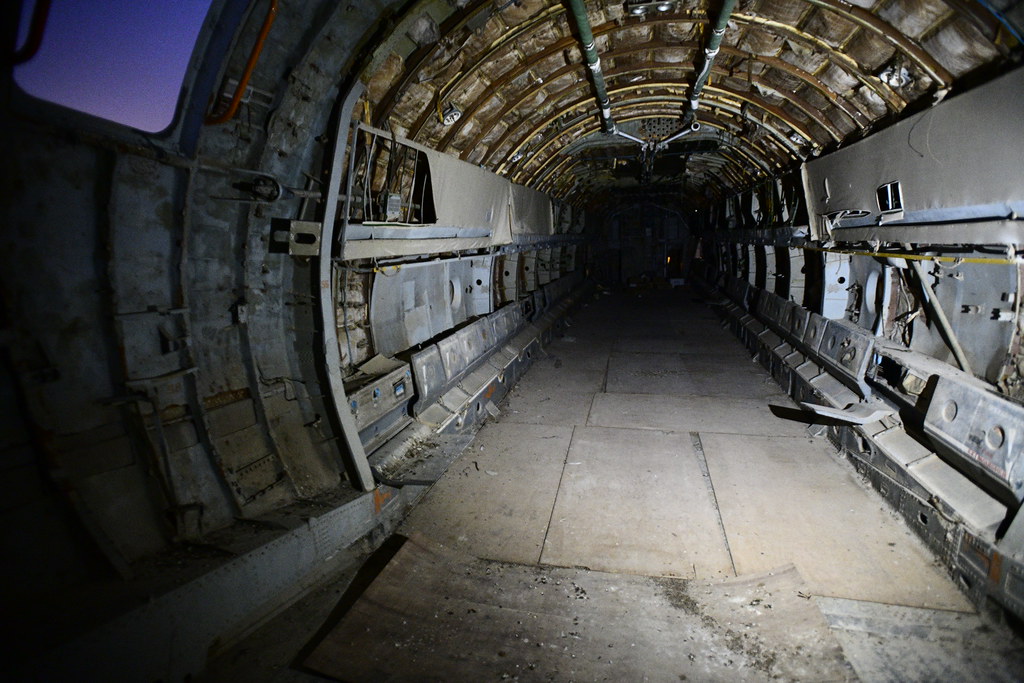 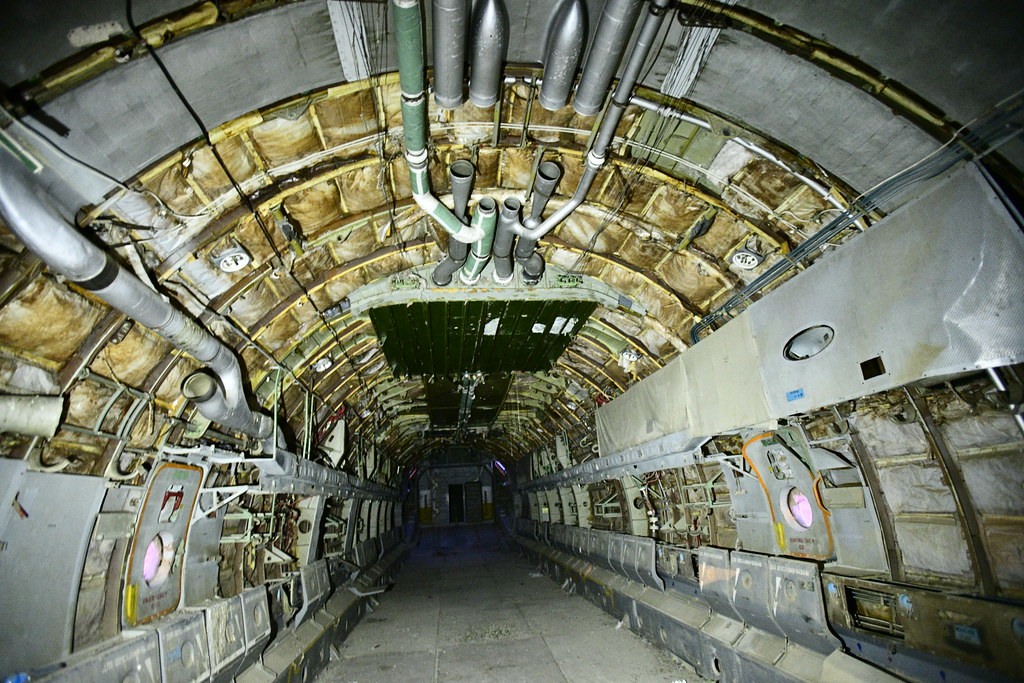 Head to the back for the cargo hold: 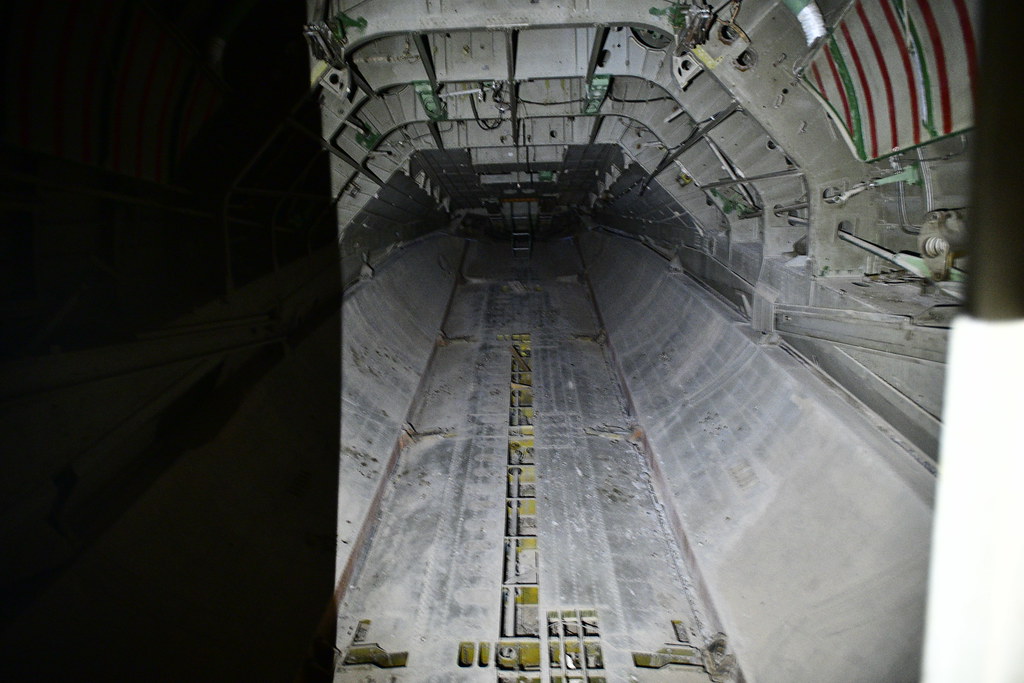 And then to the front cockpit where you can see what Soviet mechanical aviation used to look like before the computer age: 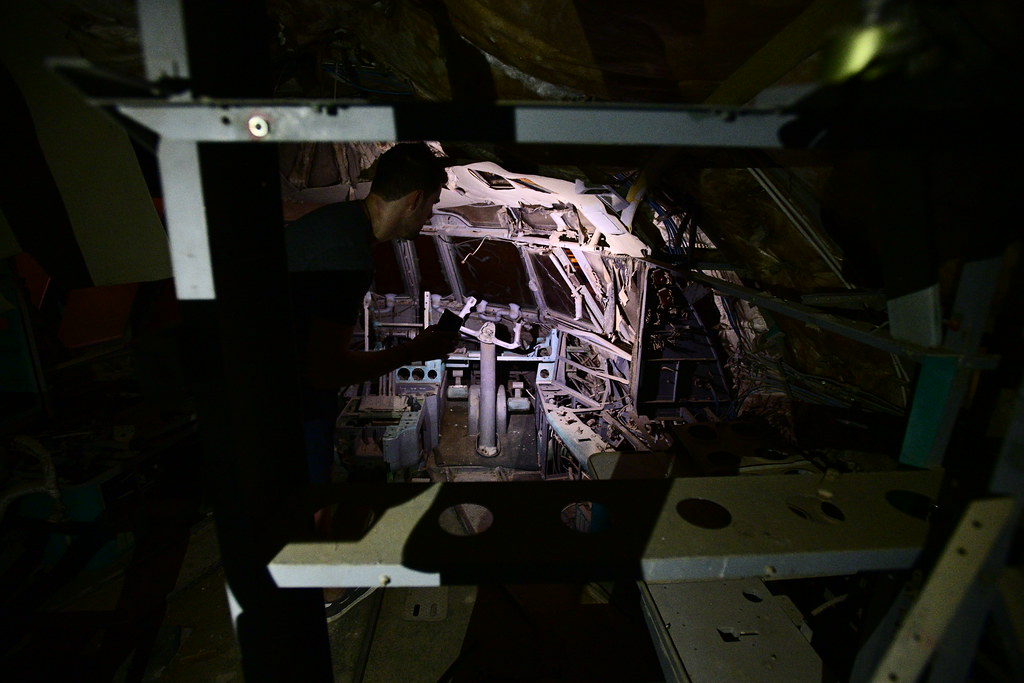 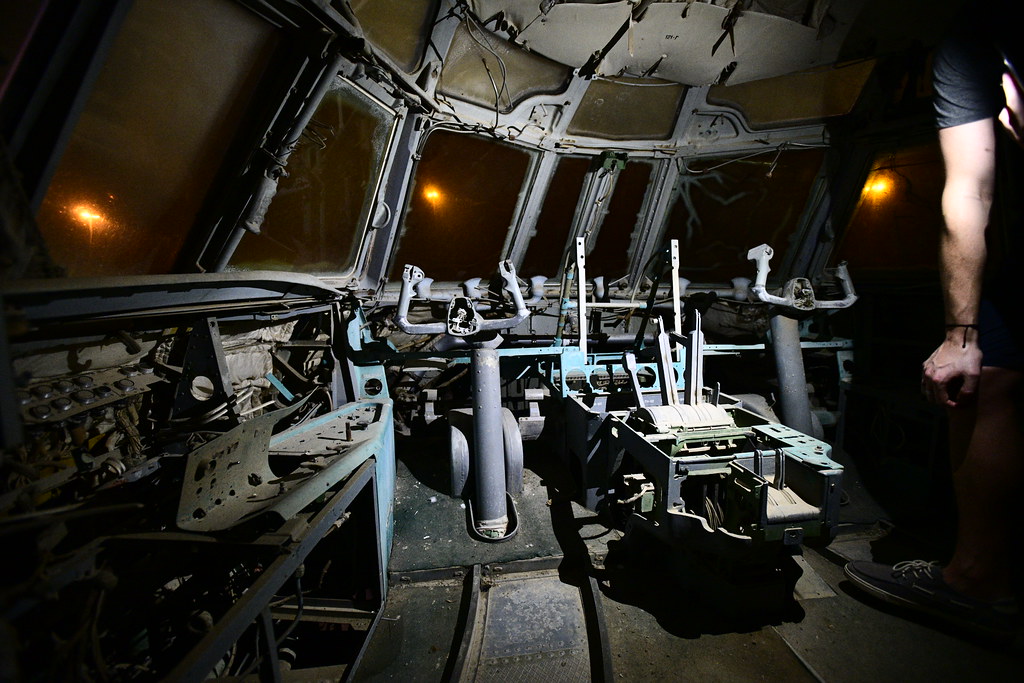 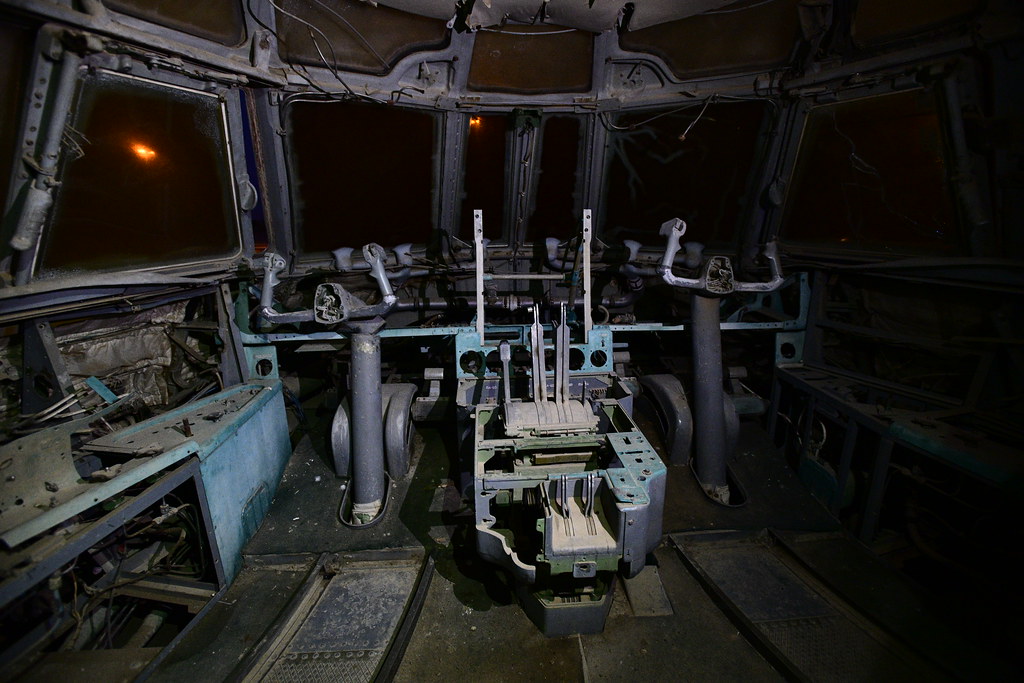 If you’re really feeling daring, climb up a conveniently placed rope so you can literally sit on top of the cockpit. 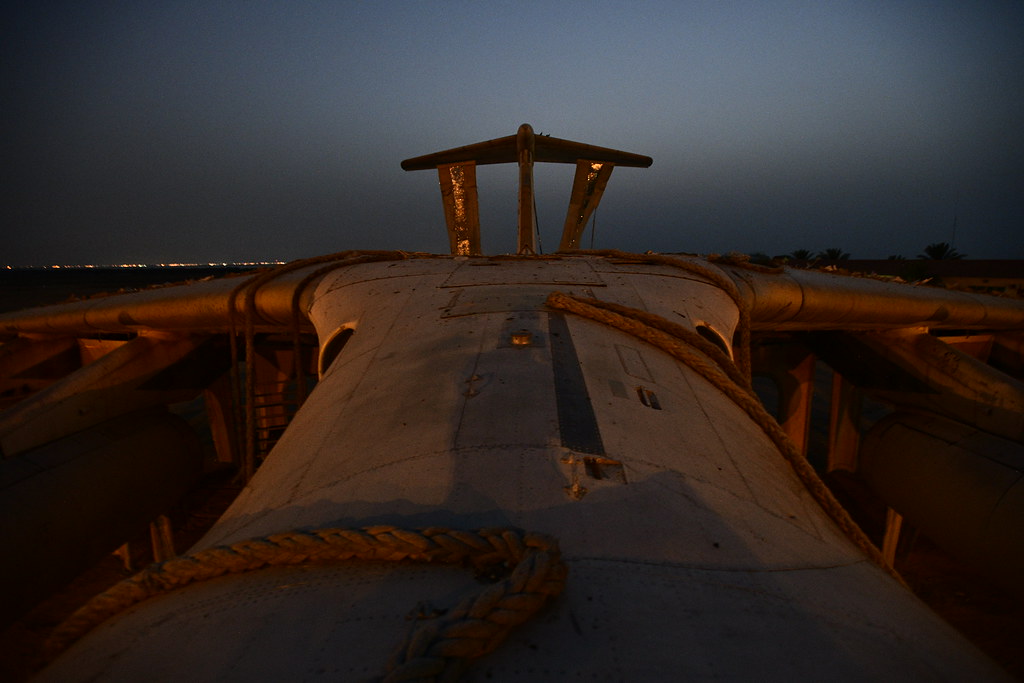 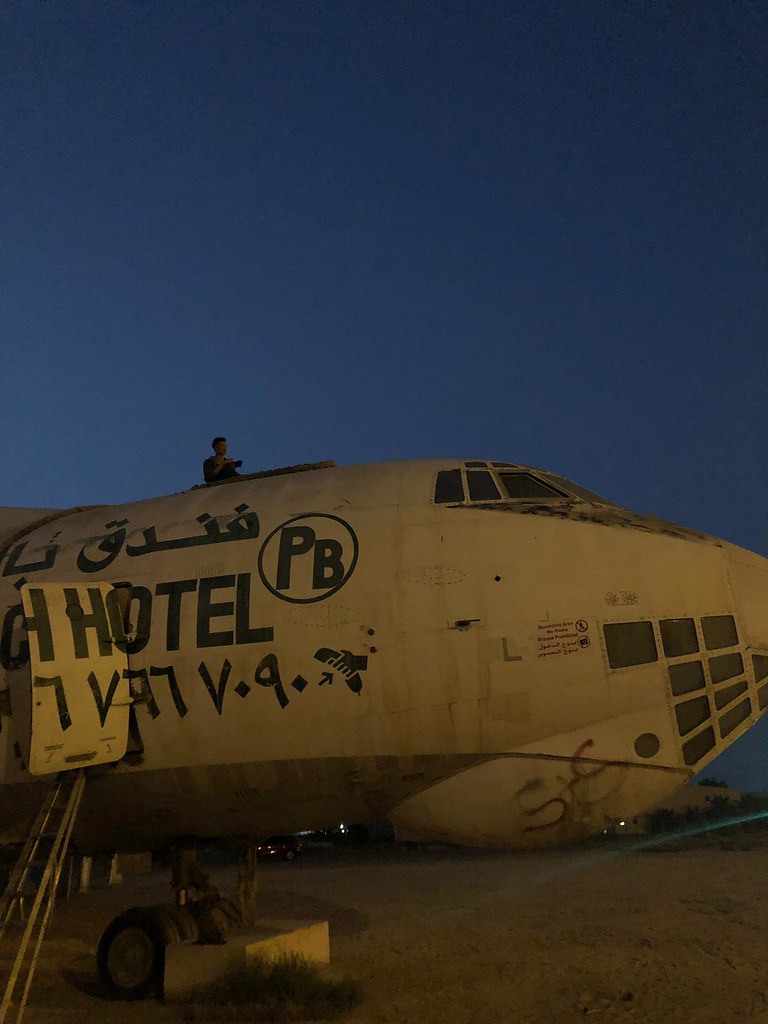 After about 20 minutes here, our aforementioned Sudanese guard finally caught us red handed!

We then quickly exited the aircraft, apologized thoroughly, gave him a can of Coke, and promptly took off as fast as that Russian arms dealer, heading towards Ajman.

There we had dinner at a new and fancy Moroccan/Syrian restaurant and hookah lounge The Address Moroccan. 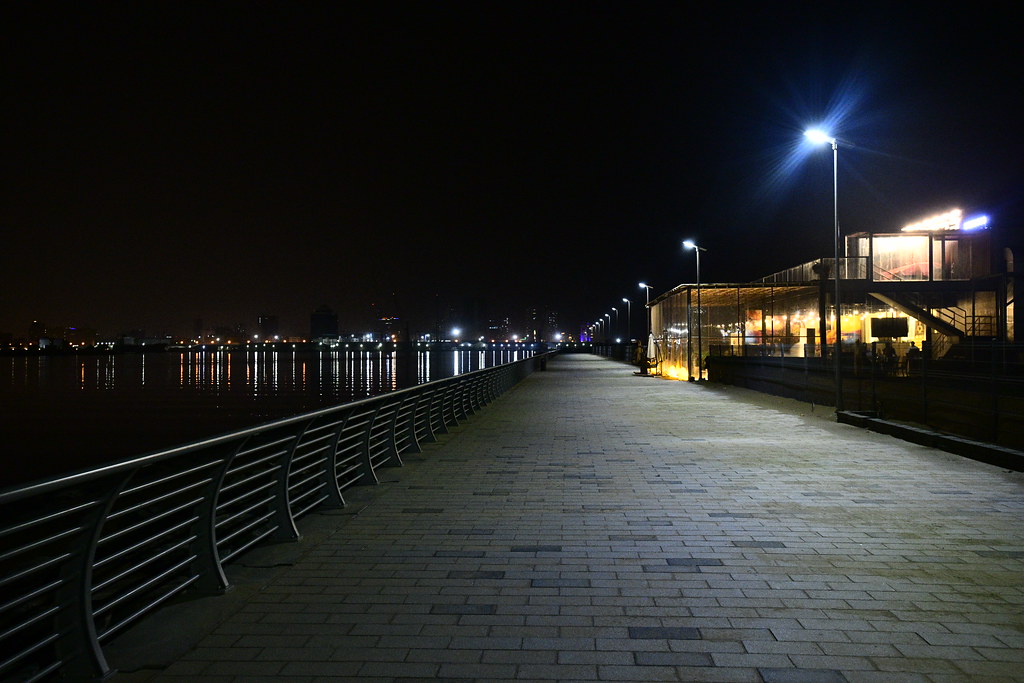 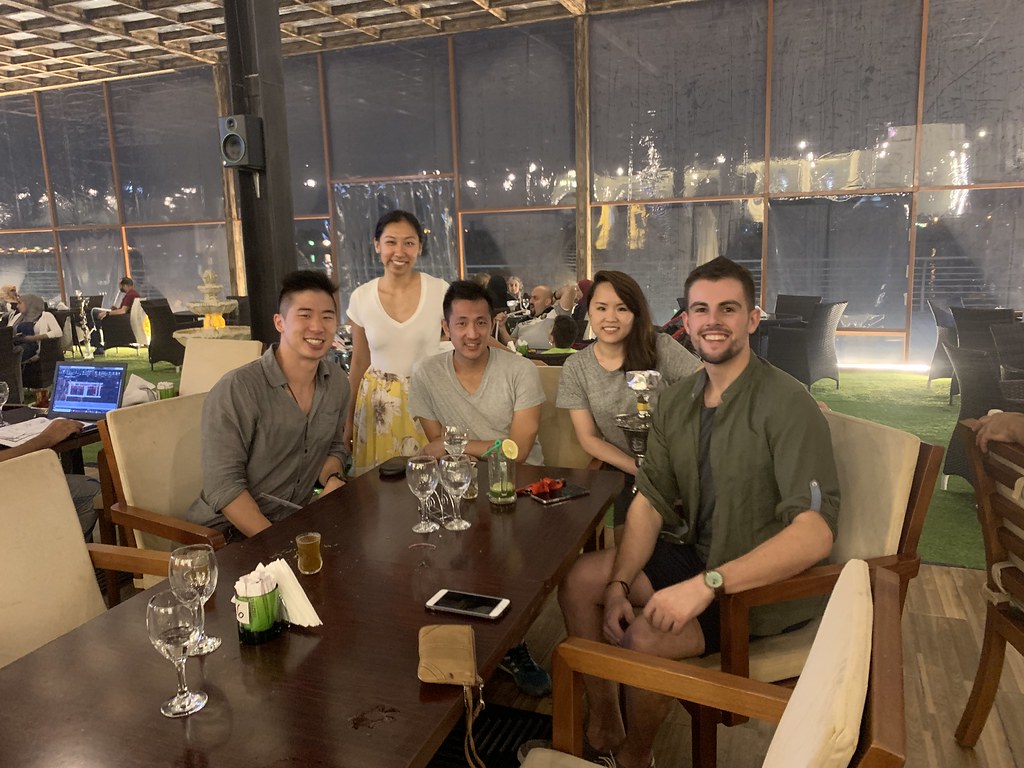 After a splendid meal with chicken and lamb tajines, complemented by a Morrocan/Syrian mixed grill, we headed back down to Sharjah to check out Flag Island. 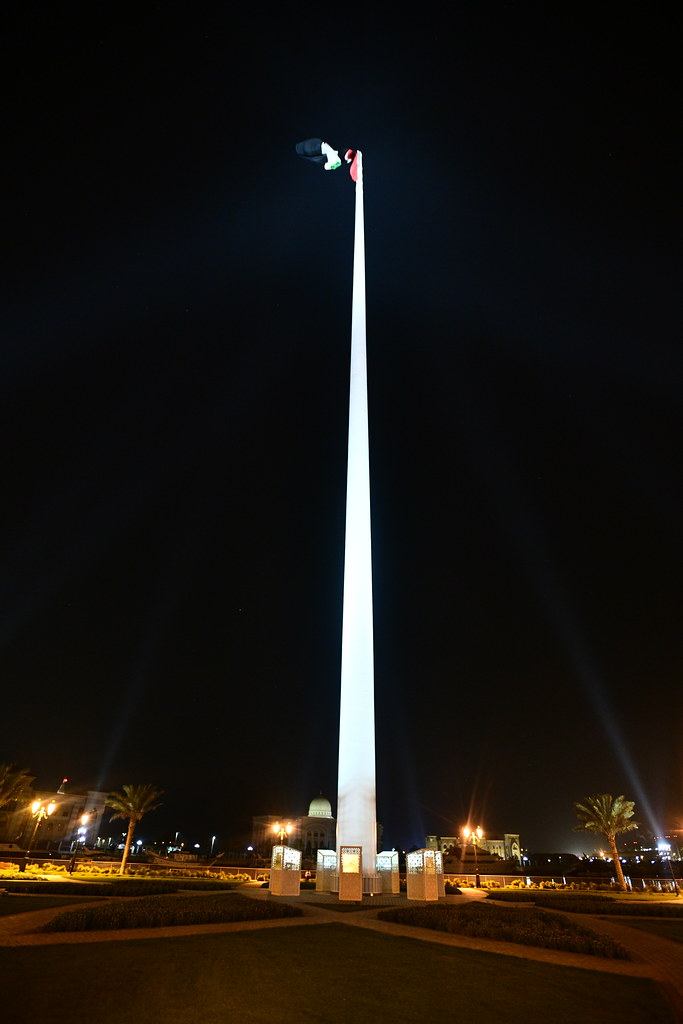 After about 15 minutes here walking around, Sean then drove us back to the Deira district in Dubai where we finally checked into our accommodations at Rove City Centre.

Just to recap: We spent the past 12 hours having summarily explored 6 out of the 7 Emirates in the UAE: Abu Dhabi, Dubai, Sharjah, Ajman, Umm Al Quwain, and Ras Al Kaimah. And tomorrow we visit the 7th on the other side of the coast, Fujairah, as well as the UAE/Omani exclaves of Nahwa and Madha!