Class is in Session at the Afghan/Uzbek Border!

Given the Taliban bombing of the mosque at where we were supposed to have lunch at yesterday, we decided to not go to Balkh and instead visit the Uzbek/Afghan border at Hairatan for our last day in the region.

We stopped at an intersection to say hi to a local and very friendly mullah that happened to be in the area. Unfortunately given the difficulty of being lost in translation we didn’t go farther than telling him where we came from: 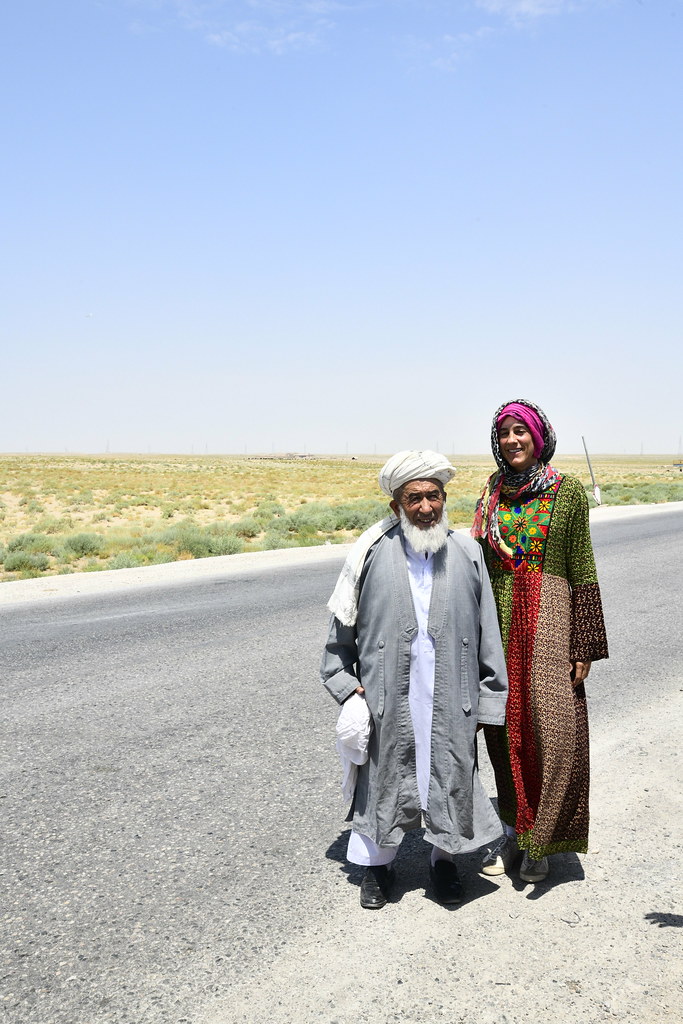 After about 1.5 hours of driving, we reached the Hairatan, Afghanistan/Termez, Uzbekistan border between the two countries. You can cross it as a tourist if you have visas for both countries. 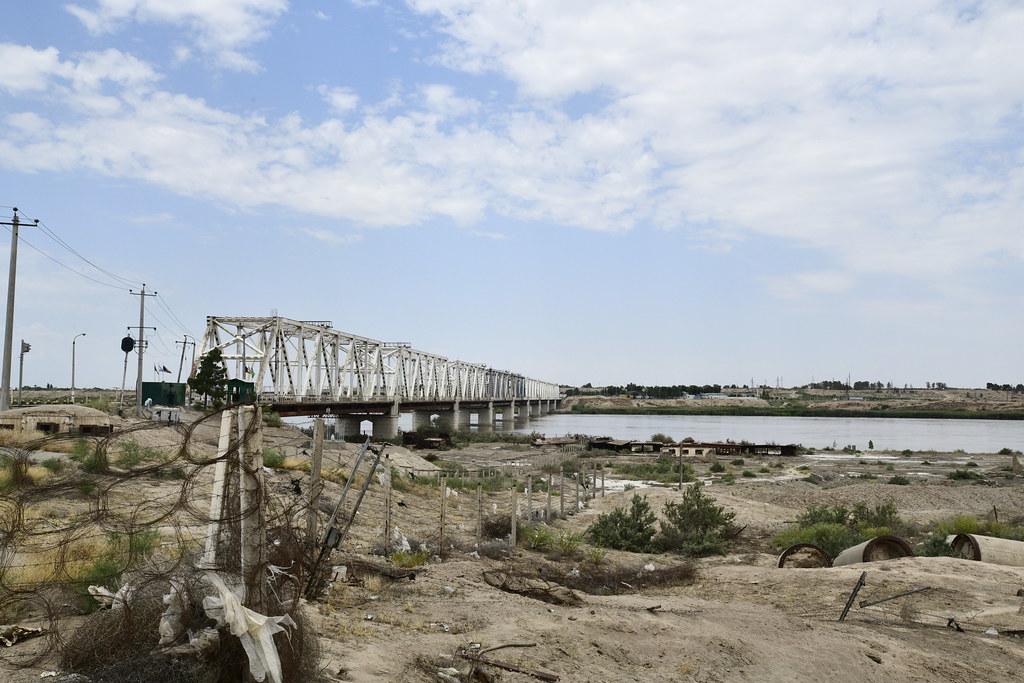 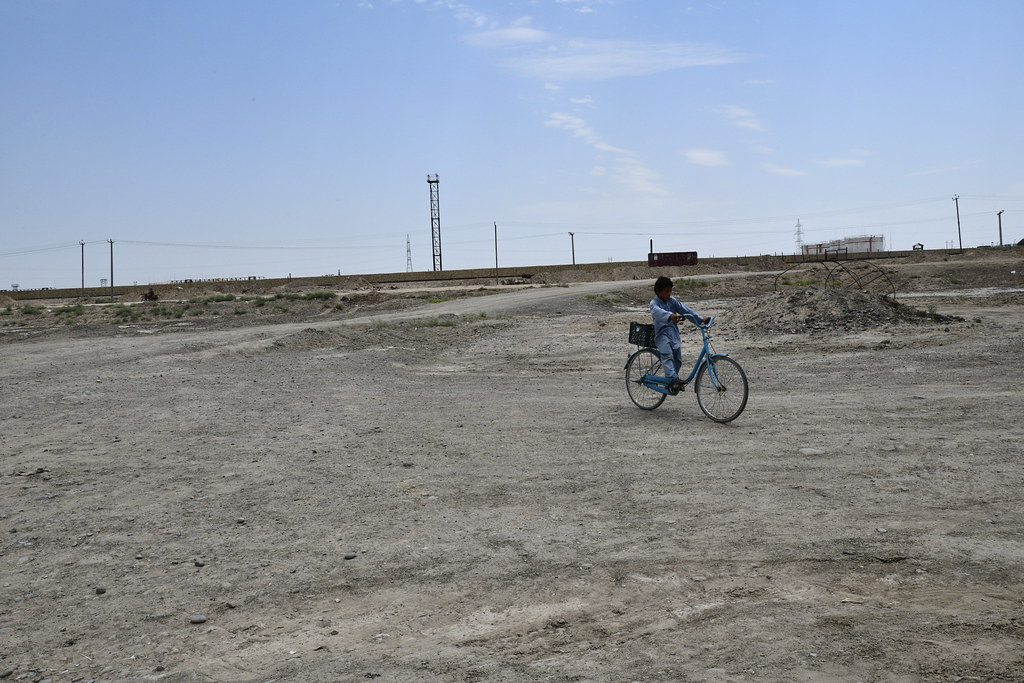 We were lucky enough to be allowed to visit a primary/elementary school in Hairatan right before afternoon classes were about to start. The following 3 photos are Amanda’s: 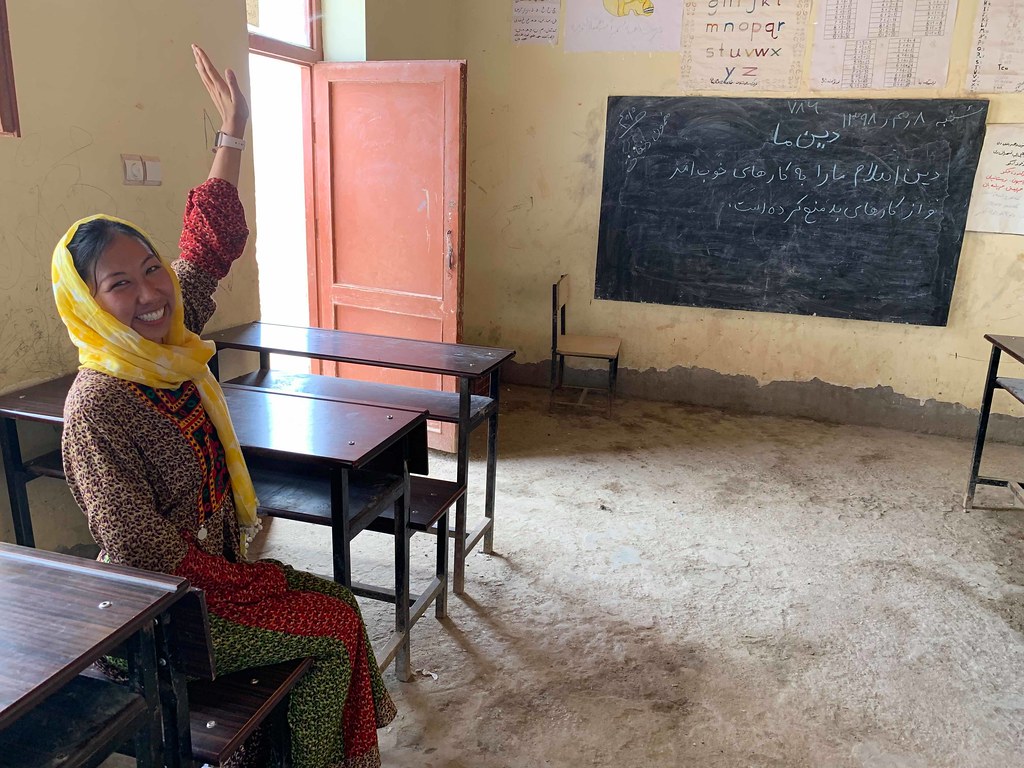 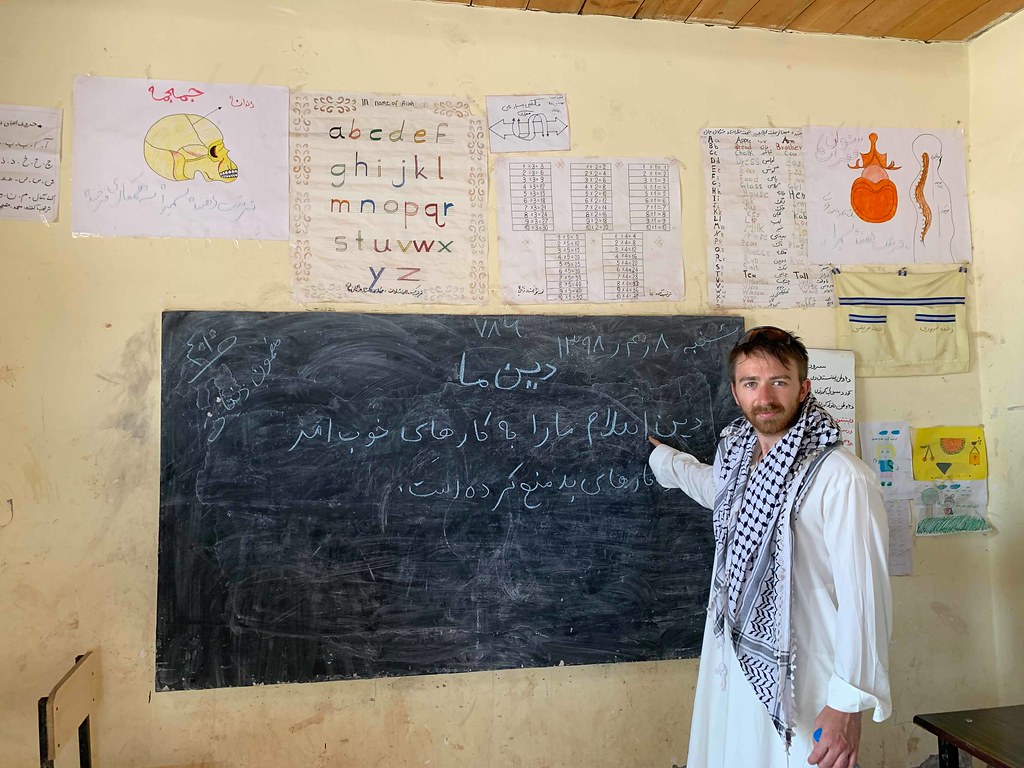 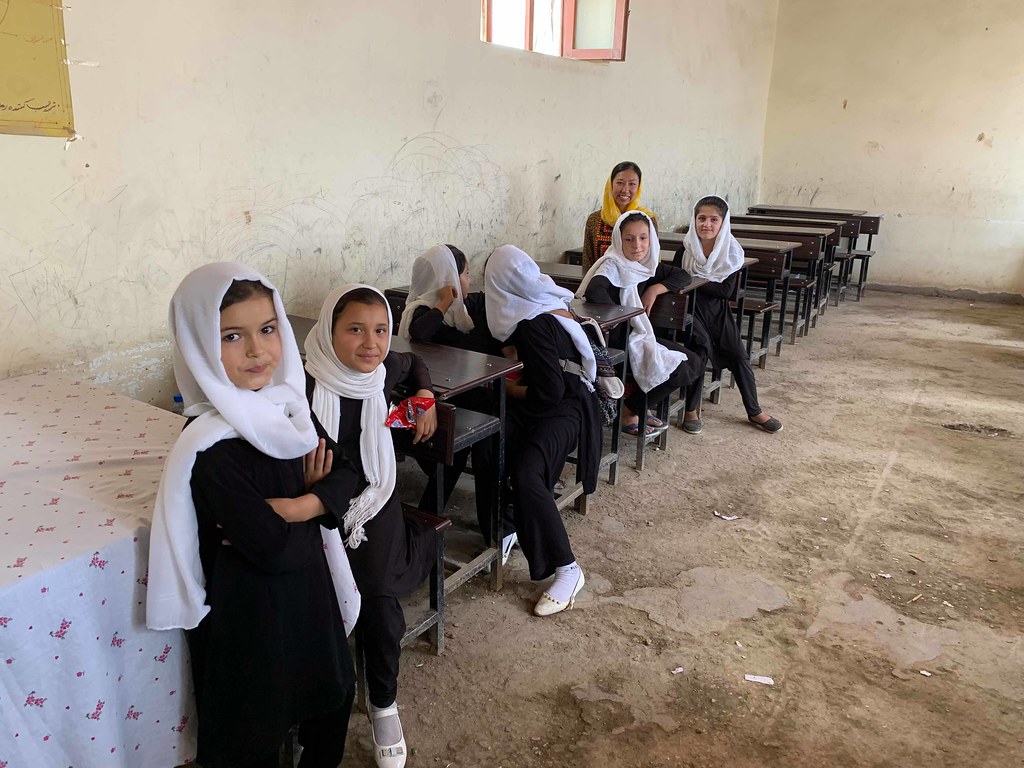 Since Afghanistan is such a young country with so many children and so few school buildings (thanks to the Taliban), some regions in the country have to divide a class day in two separate morning and afternoon sessions. They definitely did not want us to leave: 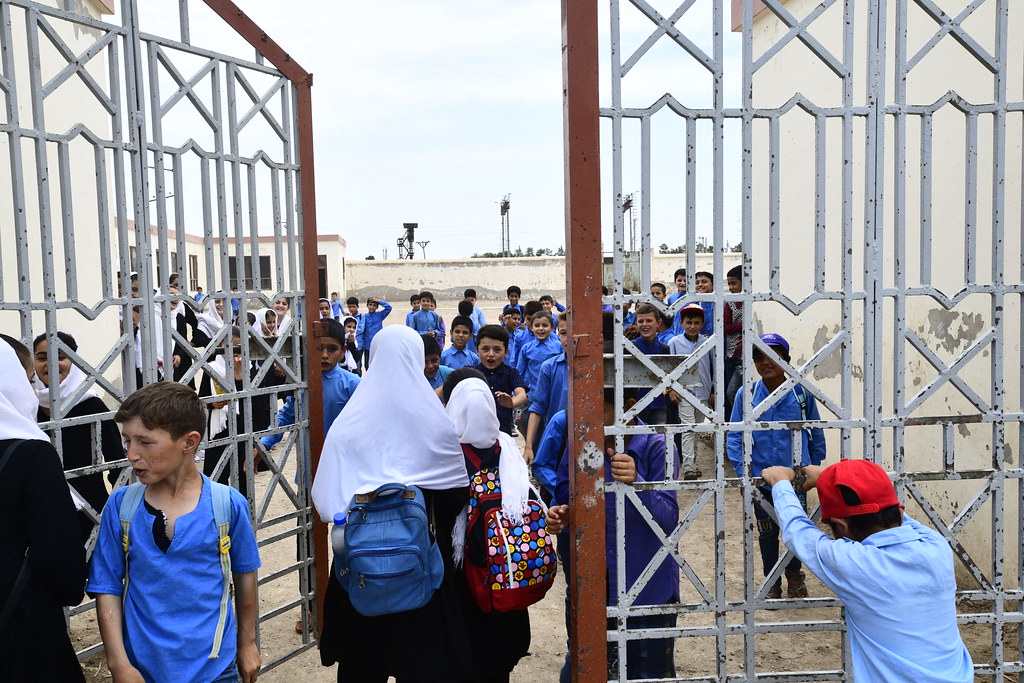 Afterwards we had some of the best fish of the trip at a local fish restaurant in Hairatan: 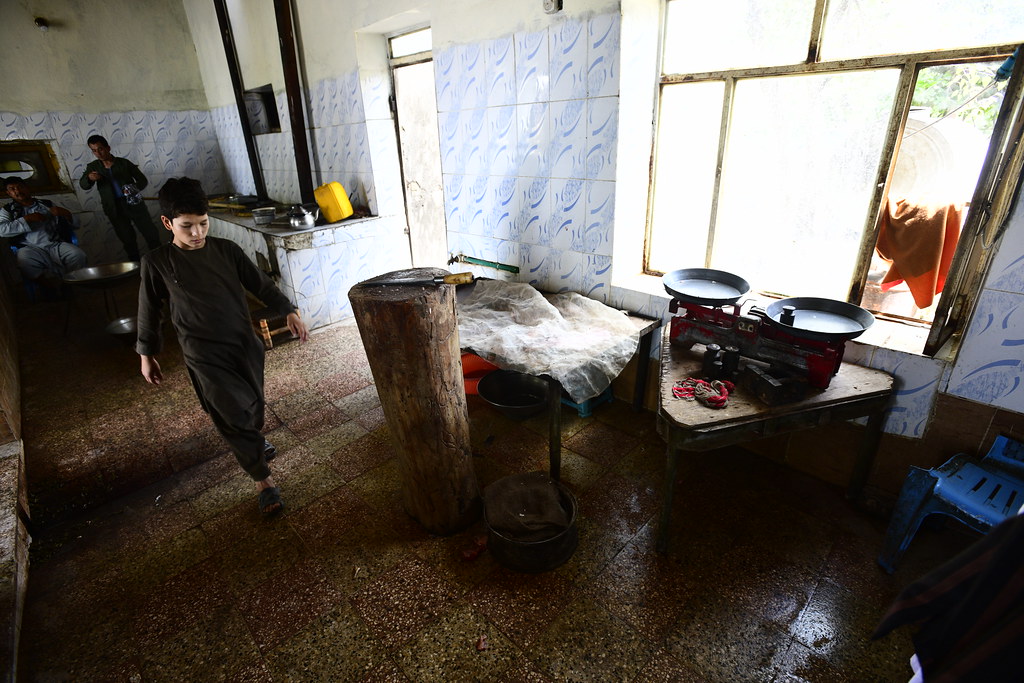 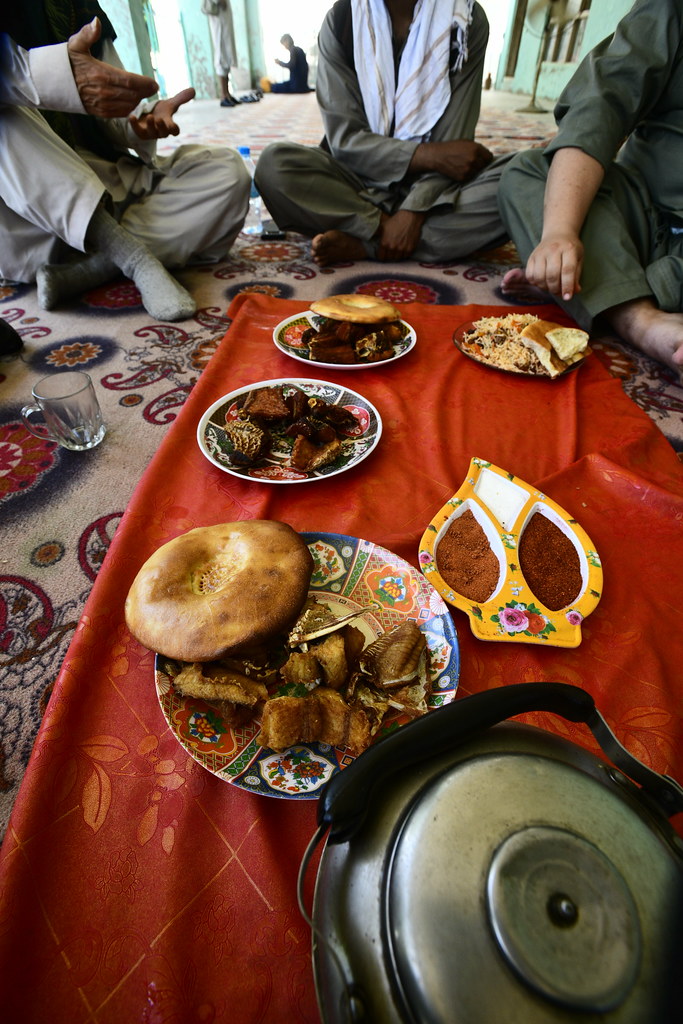 Afterwards we turned back and drove back to Mazar and enjoyed the scenes of life on the road. 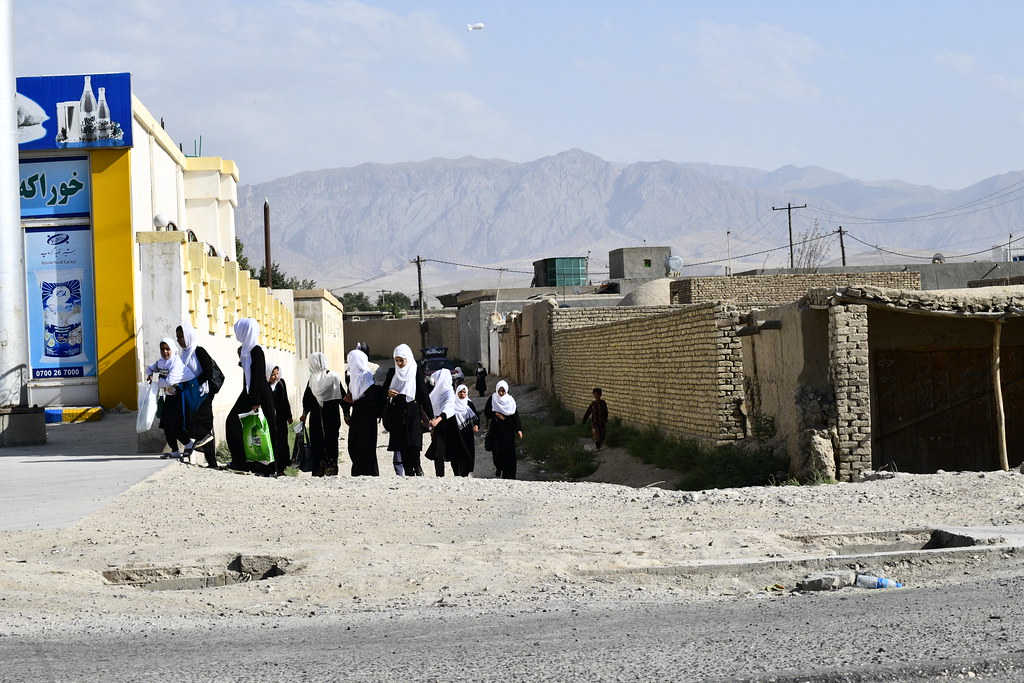 Later in the day we drove up to a military installation:

Our guide wanted to show us inside a fort that surrounds a cave where 500 Taliban were trapped and killed by General Dostum, a mujahideen warlord and Afghanistan’s current Vice President.

Our guide asked if we could be let inside, but we were denied for obvious reasons and current tensions in the region. Oh well. Not everything goes exactly to plan.

So we shrugged our shoulders and continued our way home to play more Monopoly Deal.

The next morning we began our return via a 6:30am Kam Air flight back to Kabul. Again, like the domestic airport in Kabul, there are numerous security screening checkpoints and also the first time I saw US Army soldiers guarding the departures hall.

There is also a unique area where you line up your bags in a hallway for a bomb-sniffing dog to inspect. 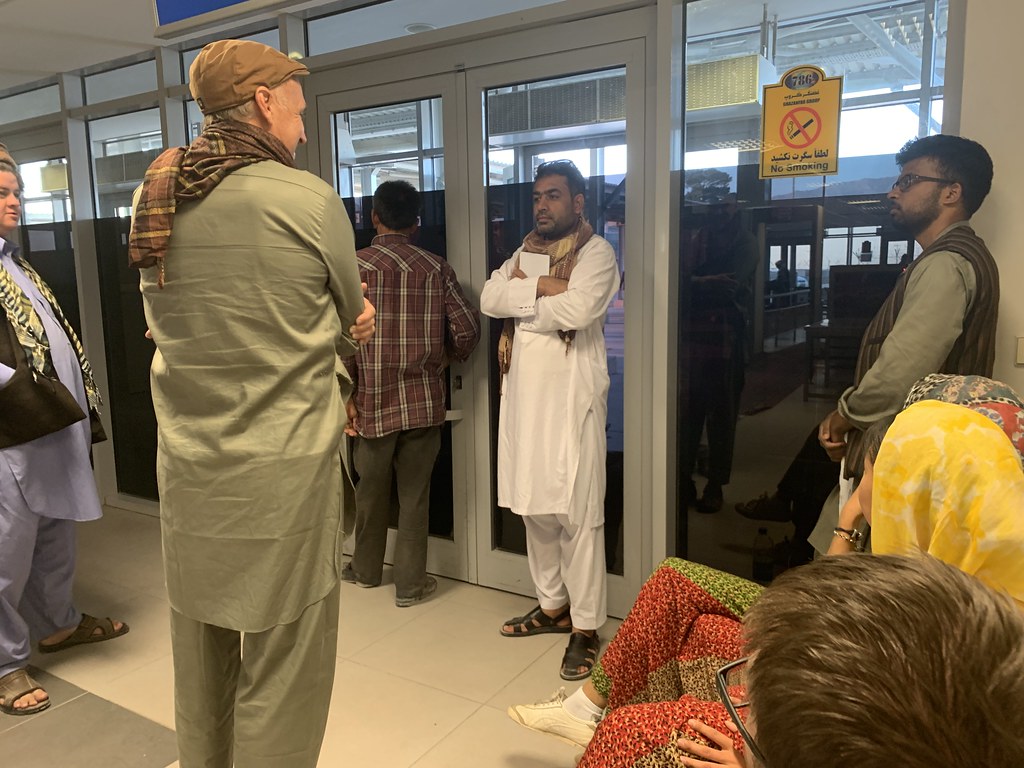 But otherwise our flight took off on time and everything else has been going smoothly!