Don’t Be a Moron-i, Comoros and Have a Good Time!

After our last night with Ravi, Bryan, and Brandon in Dar es Salaam, the 7 of us remaining now we go from most traveled to one of the 10 least traveled: Comoros. 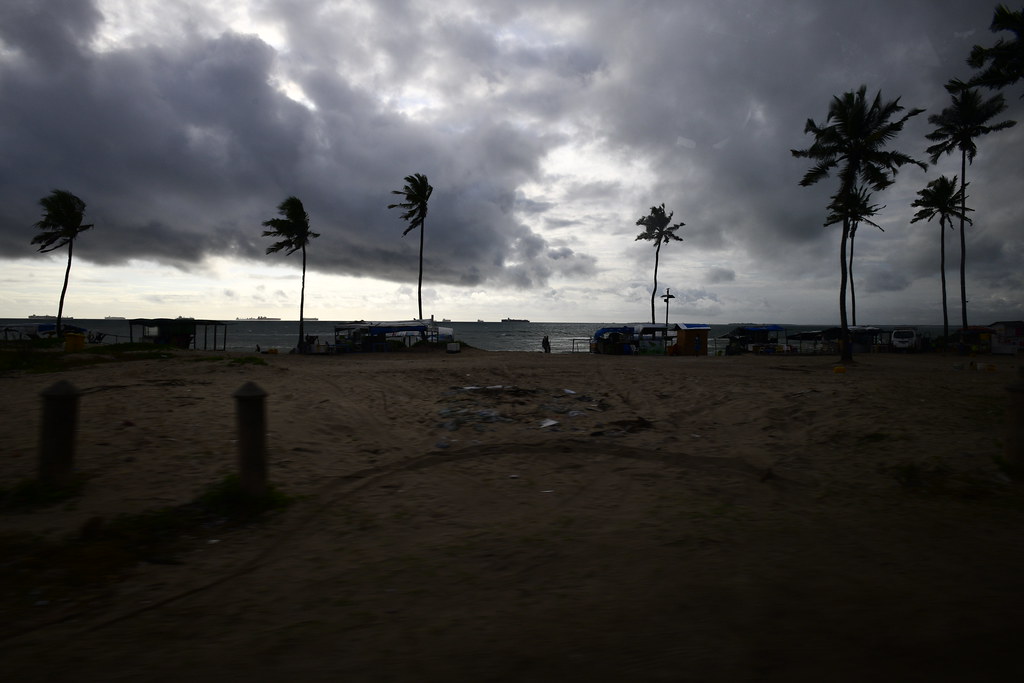 Having endured 20 coups or attempted coups since gaining independence from France in 1975, the islands of Anjouan and Moheli declared independence from Comoros in 1997 in an attempt to restore French rule. Remarkably, France instead rejected their request, which led to a civil war between federal troops and rebels.

Colonel Azali soon seized power in 1999 where voters then approved a new constitution in 2001 and presidential elections took place afterwards in the spring of 2002. This averages out to a coup every 22 months. 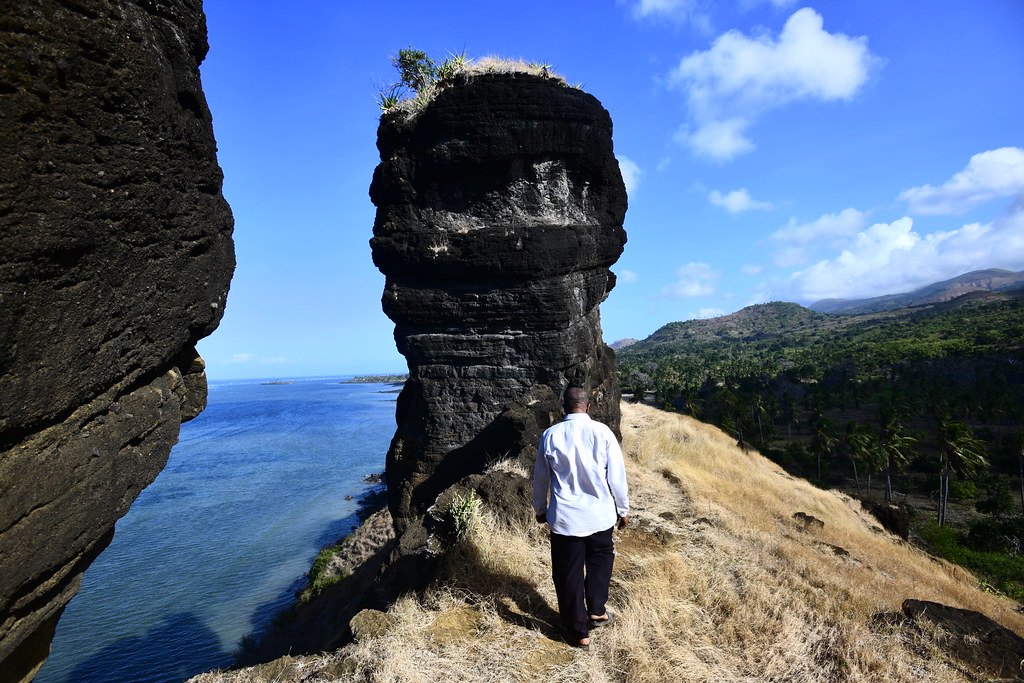 One of the world’s poorest countries, Comoros is home to Mt. Karthala, the world’s largest active volcano, and is made up of 3 islands that have inadequate transportation links, a young and rapidly increasing population, and few natural resources. This is no longer Tanzania, ladies and gentlemen.

Enjoy pushing the frontiers of travel? This is it. 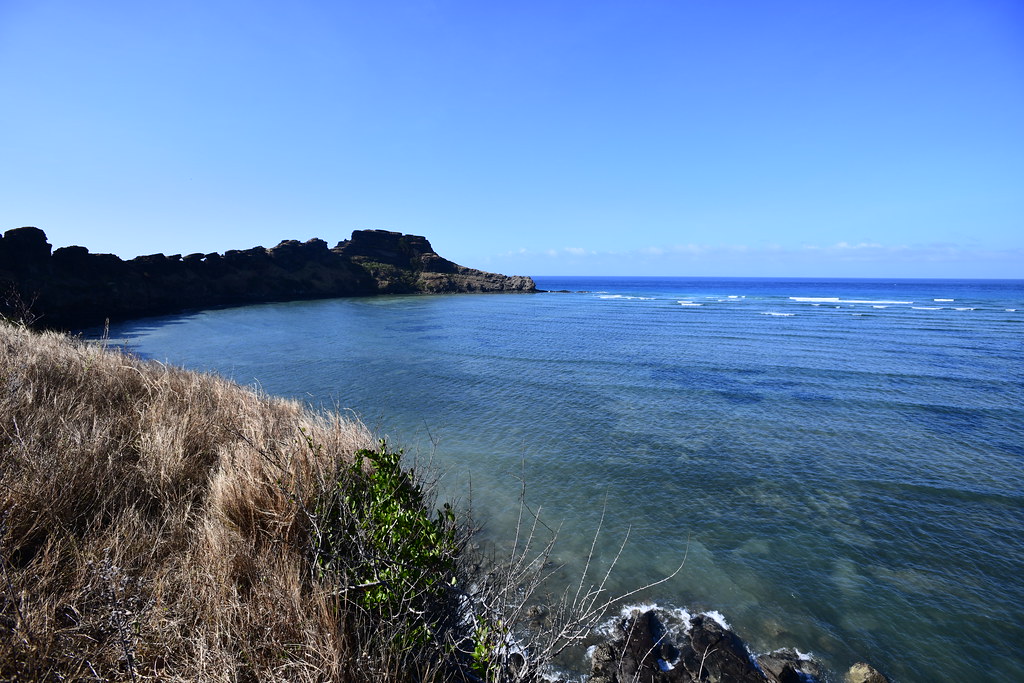 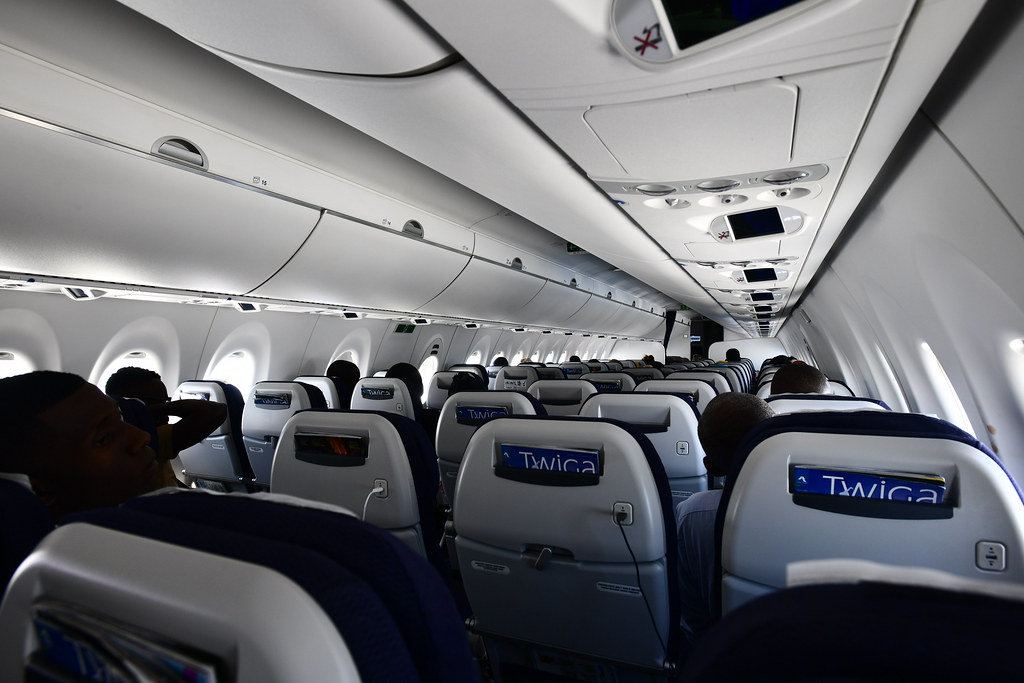 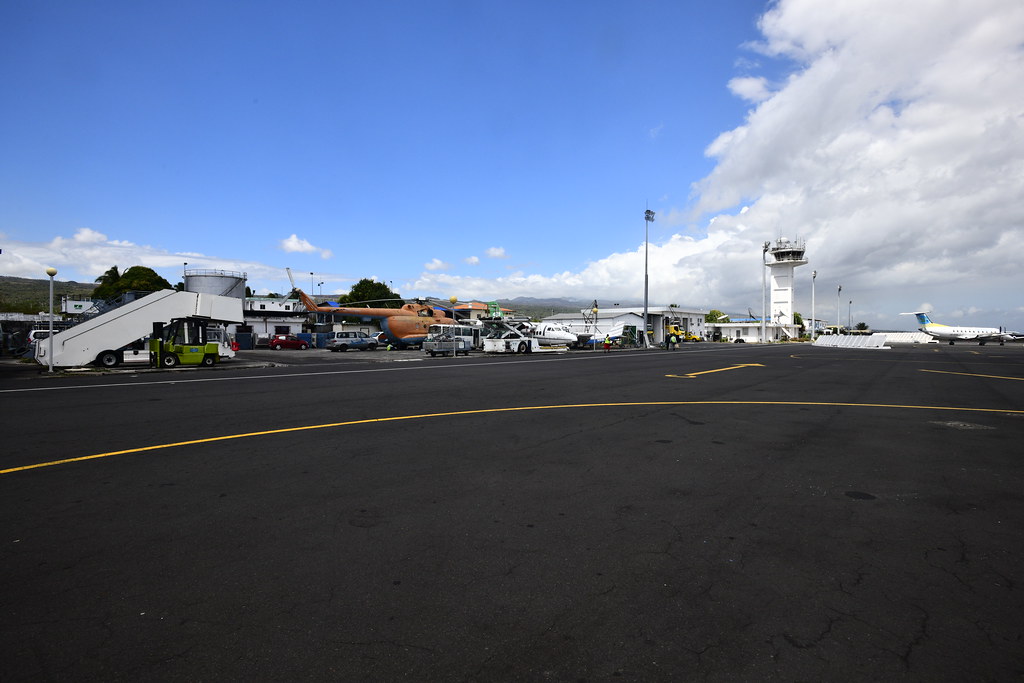 Everyone is issued a 45-day extendable (as long as it’s for a good reason) visa on arrival for 30 euros that can be paid in Comorian francs, US dollars, or Euros.

Pack euros if you can help it as they’ll make you pay a full $50 if all you have is US Dollars! 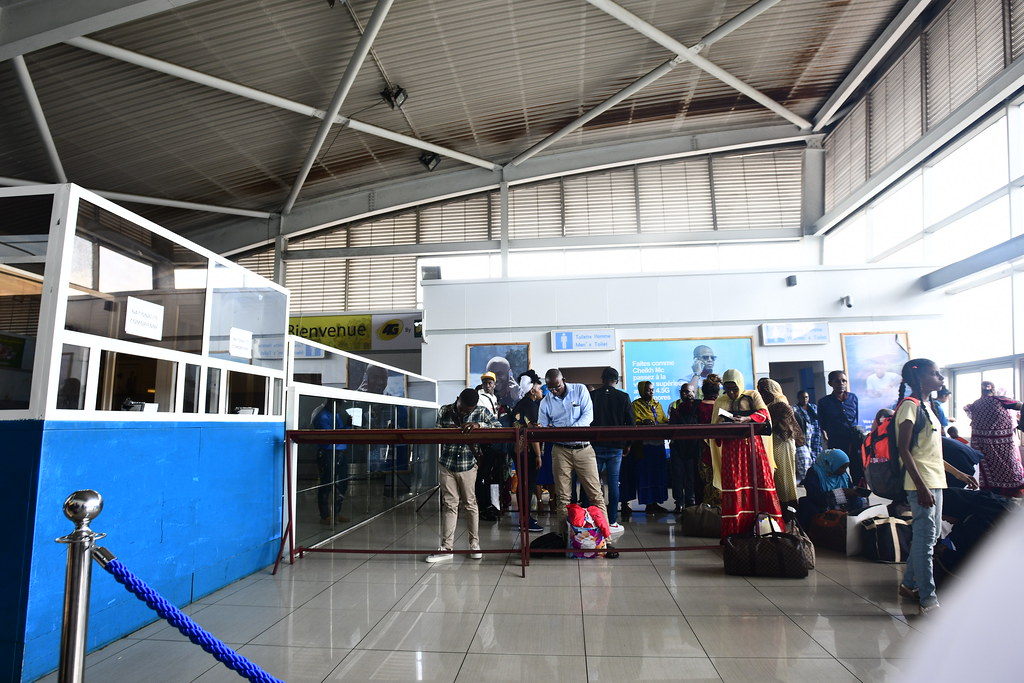 And it’s a full page visa that they print out for you in the counter on the spot: 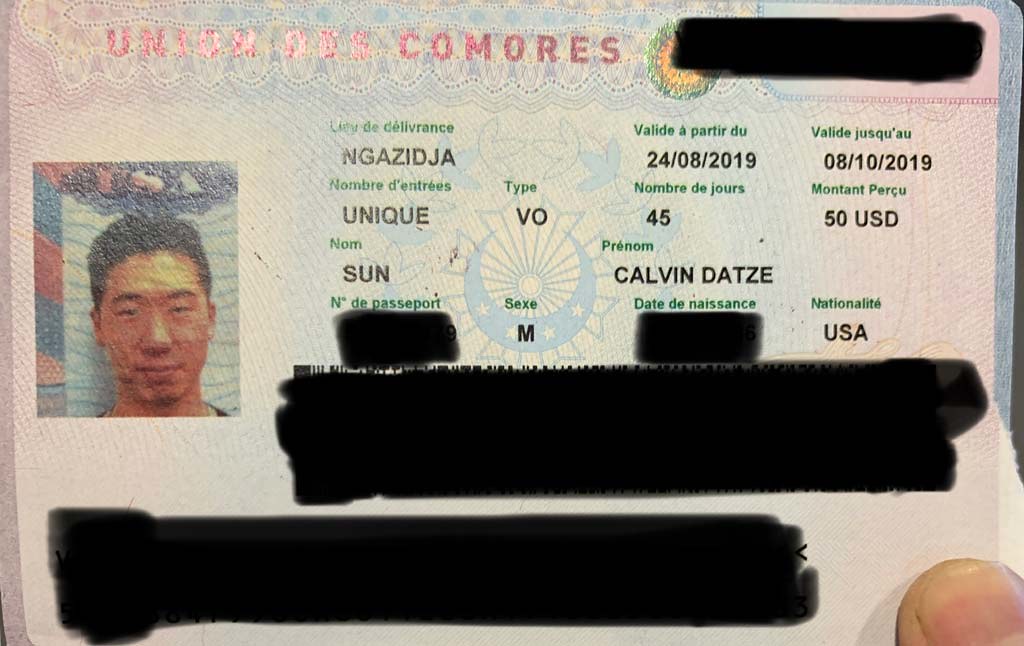 Baggage claims is a whirlwind of goods hustling in the raw: 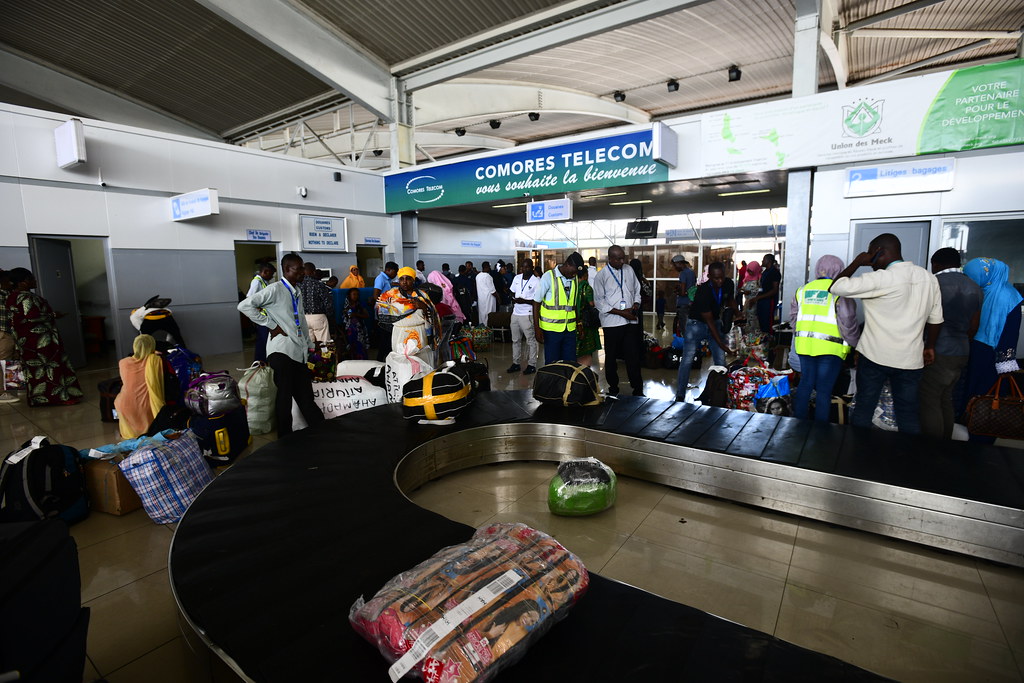 Afterwards we were picked up by our ride from Golden Tulip Grande Comore Moroni Resort & Spa for a quick tour of the island. 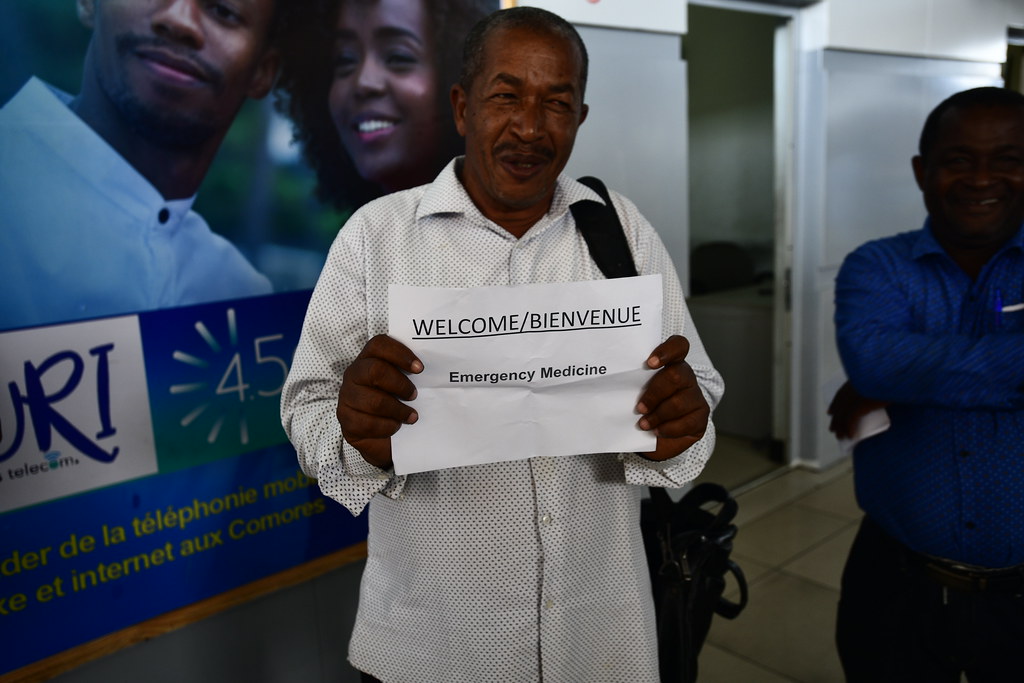 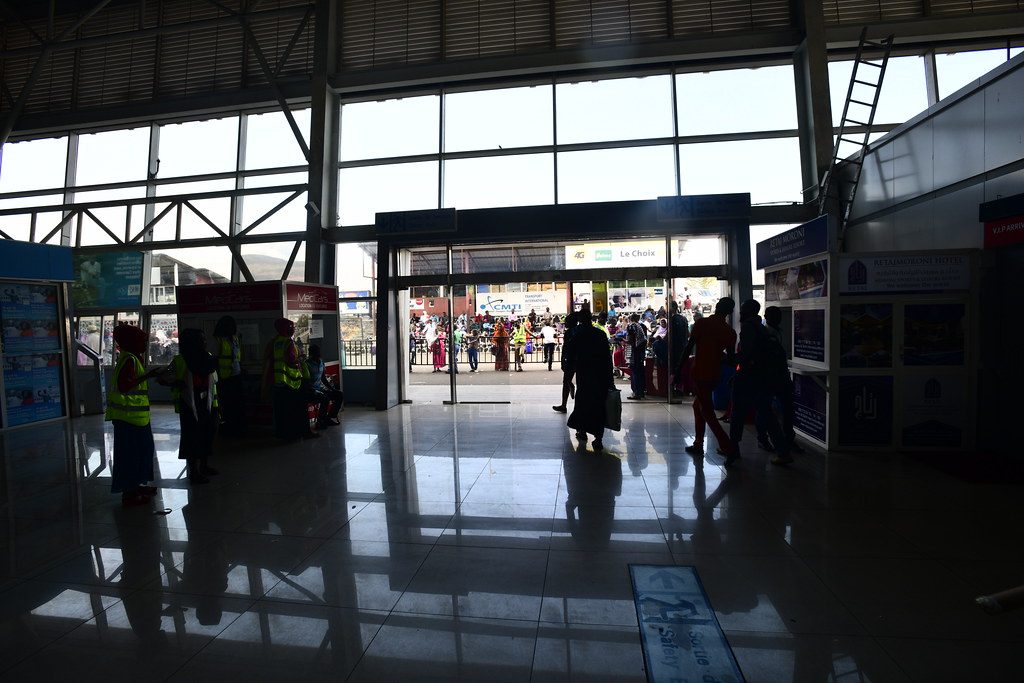 We first drove through and took in a view of the capital of Moroni, known for its medina’s winding alleyways  similar to those in Stone Town and its grand mosque. 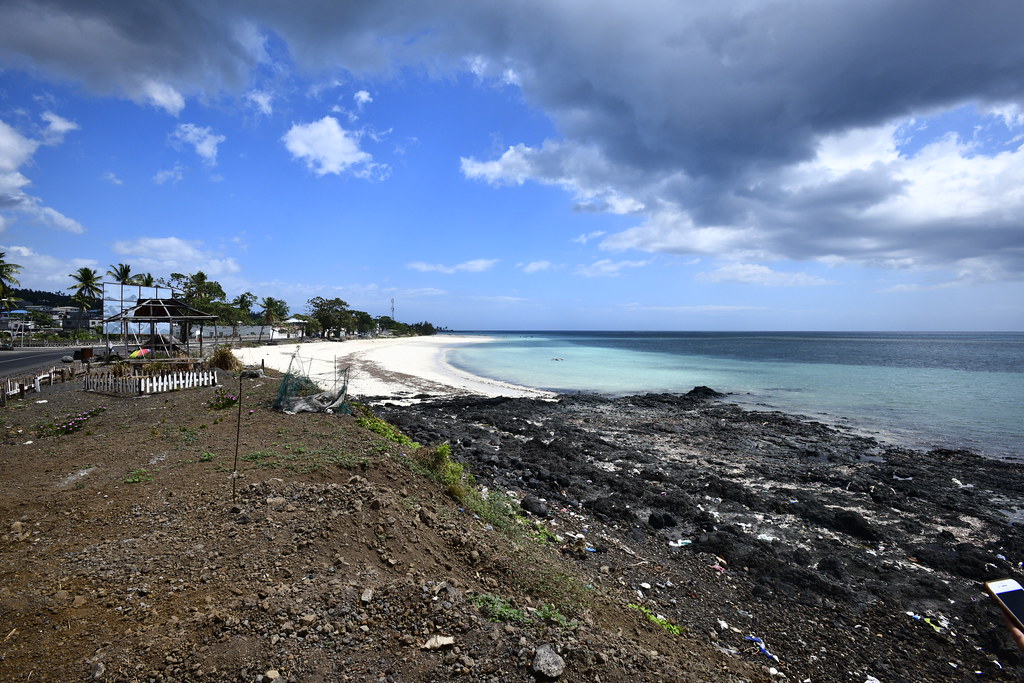 Nearby a Ylang Ylang Distillery (the primary plant and export the Chanel no. 5 uses for their perfumes!) in Mbeni, we then had lunch at a bar/restaurant/club owned by a descendent of one of the first French families to settle in Comoros. 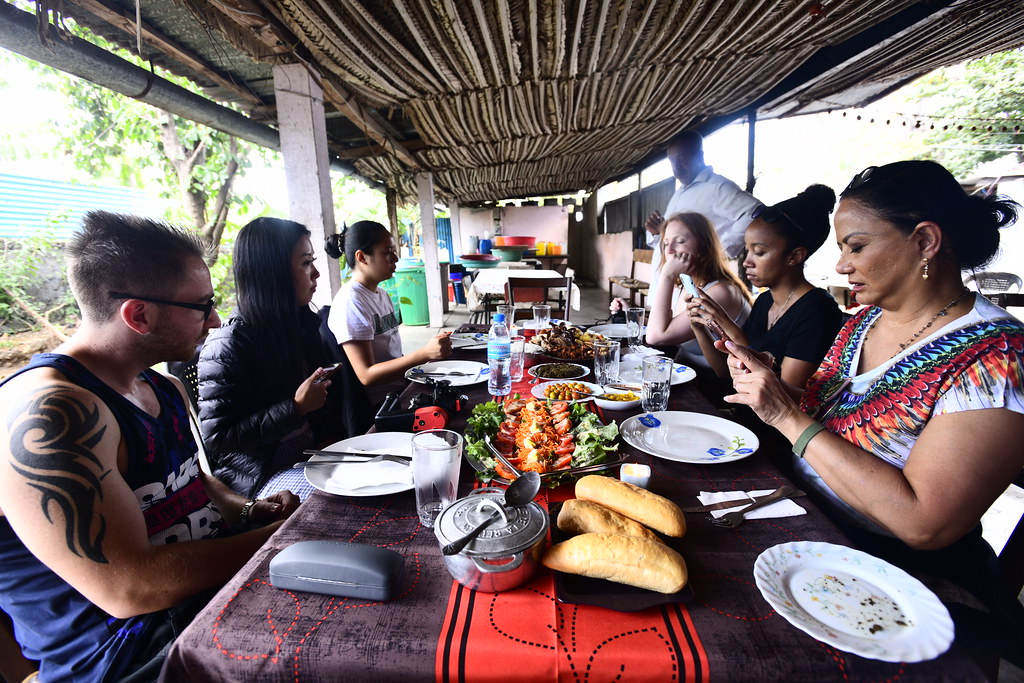 Afterwards we walked along Galawa Beach, one of the countless white beaches on the island. 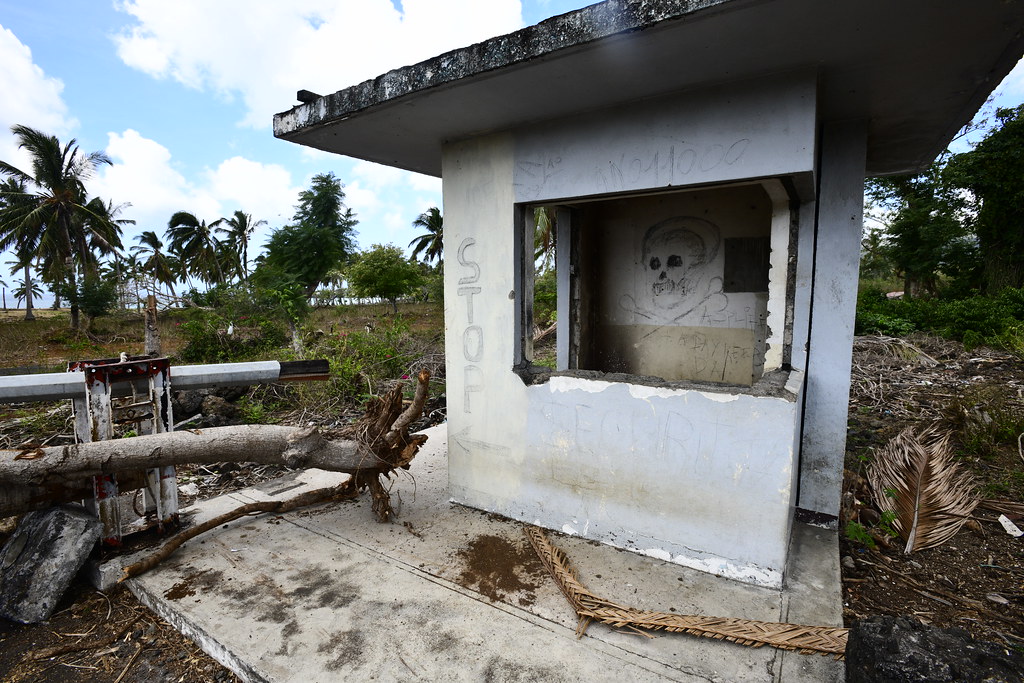 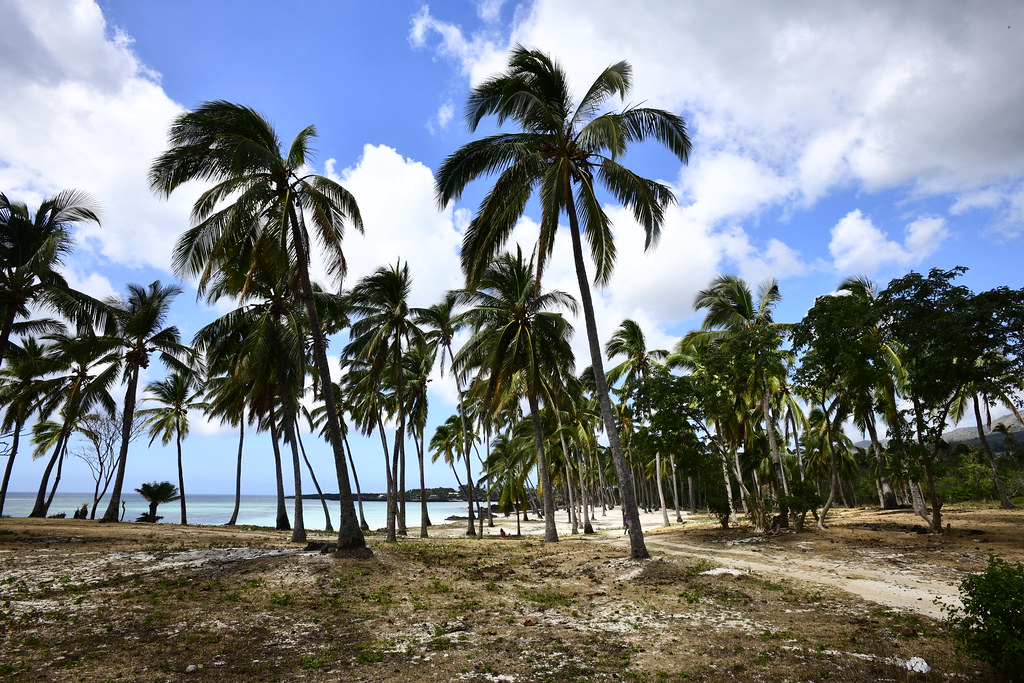 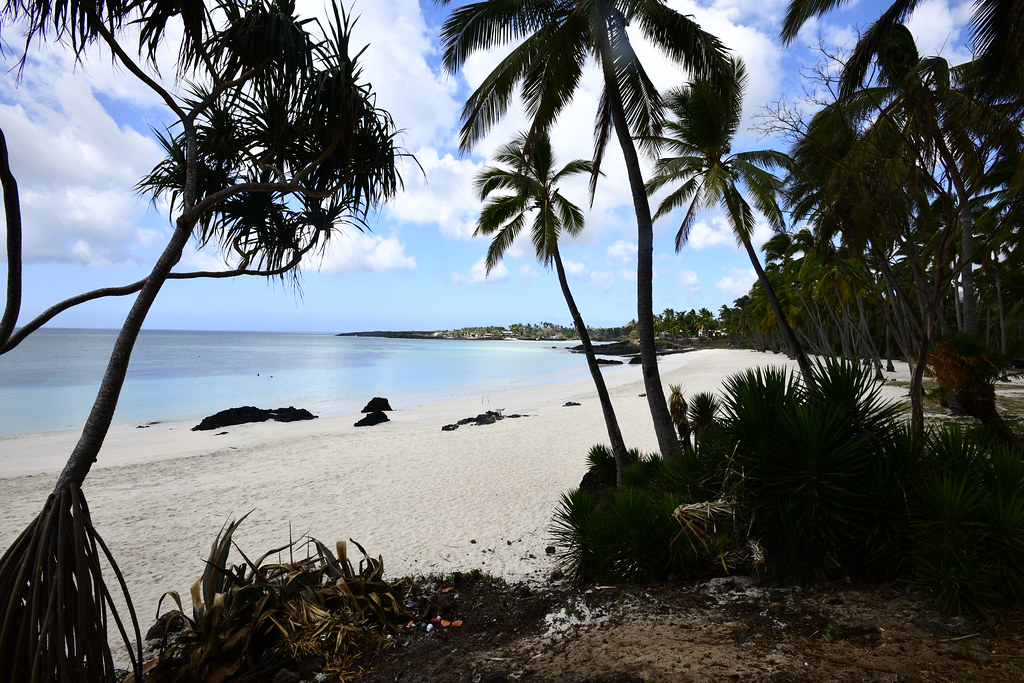 Driving onwards, we were invited to climb inside a large, hollow Baobab tree. 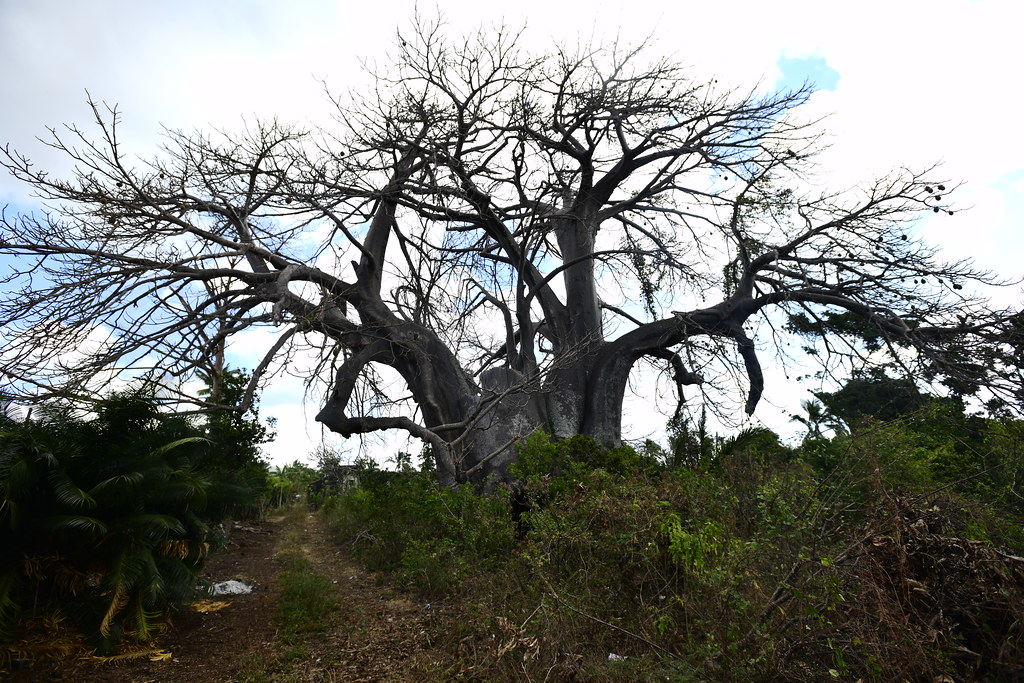 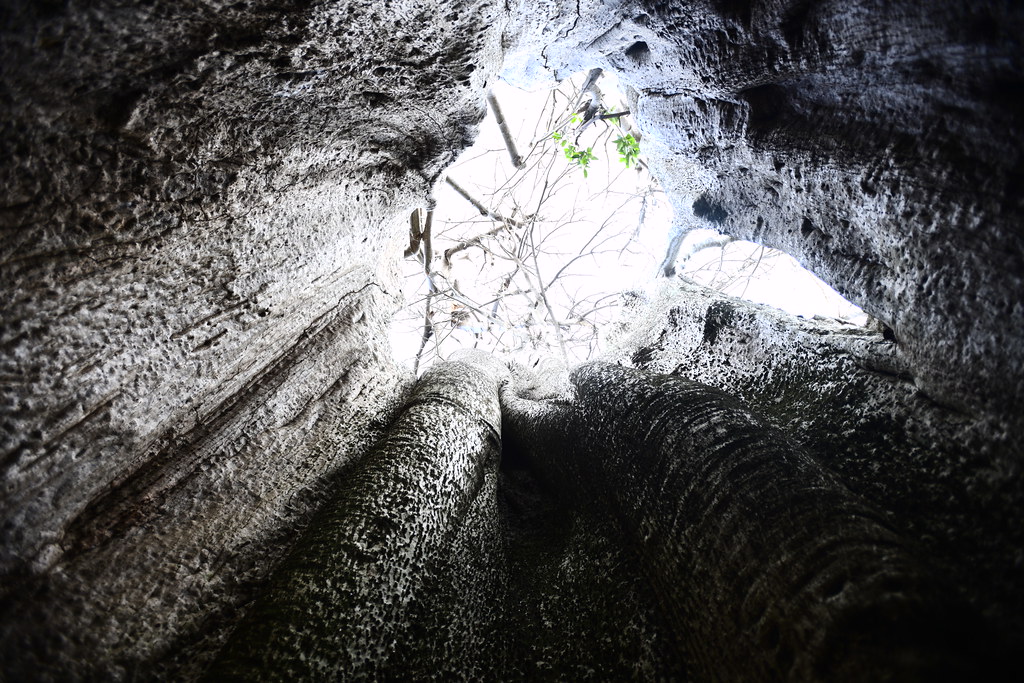 Driving further to Lac Sale, we learned about this mythical salt lake with sulfuric water believed to heal skin diseases. 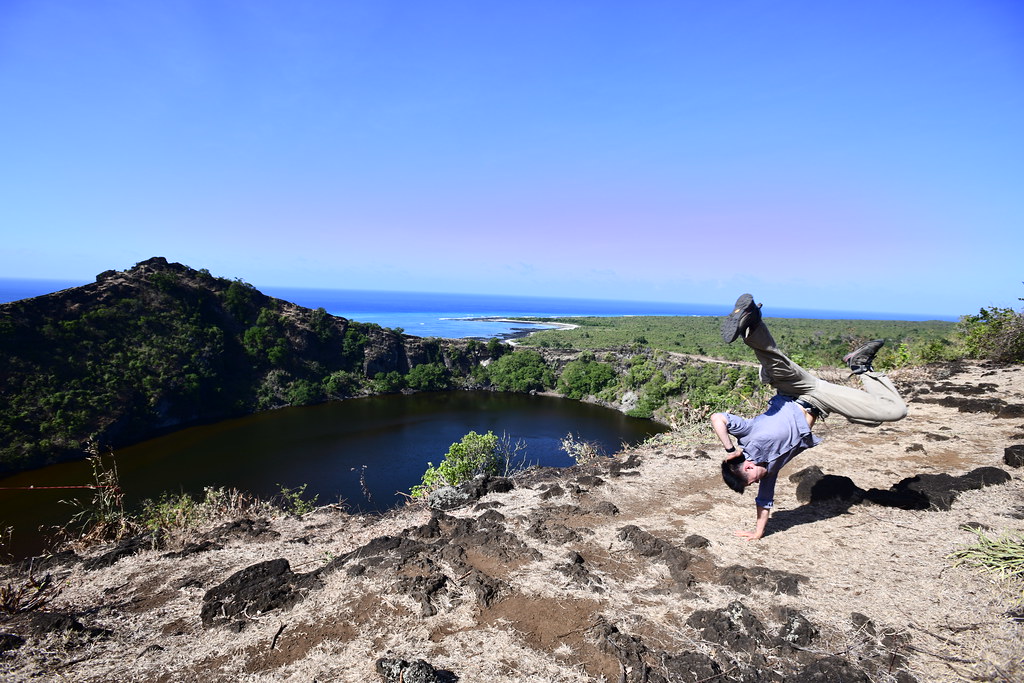 After about another 30 minute’s drive we then walked up to the top of a hill in Northern Comoros for a panoramic view of the island: 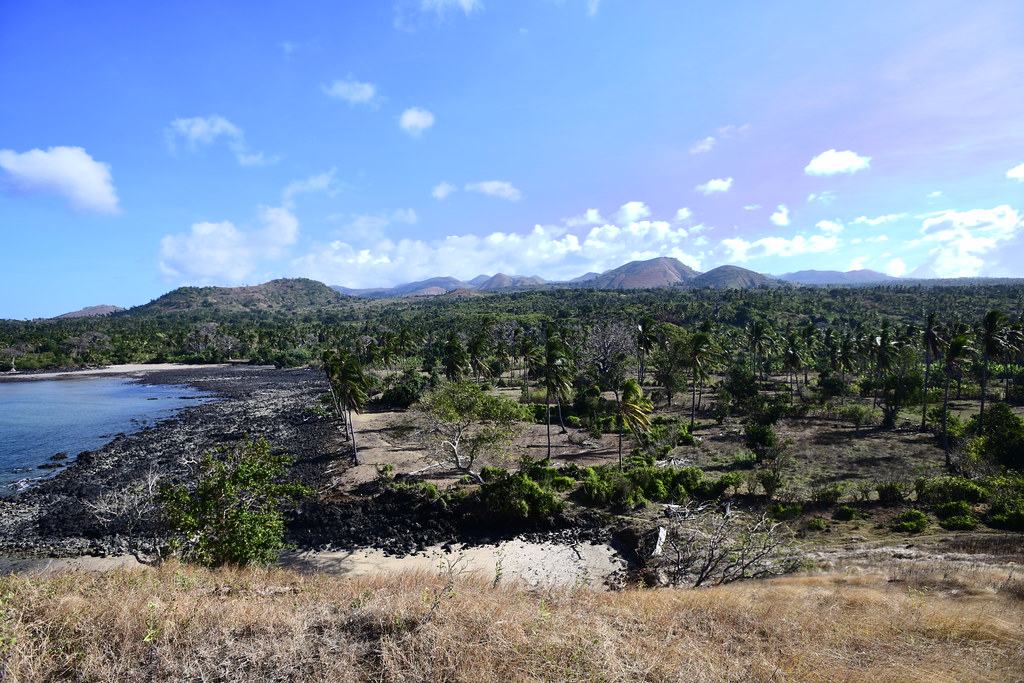 From there we hiked along the famous Dragon Rocks to witness the volcanic scenery, and the silhouette of a giant dragon lying on the seaside. 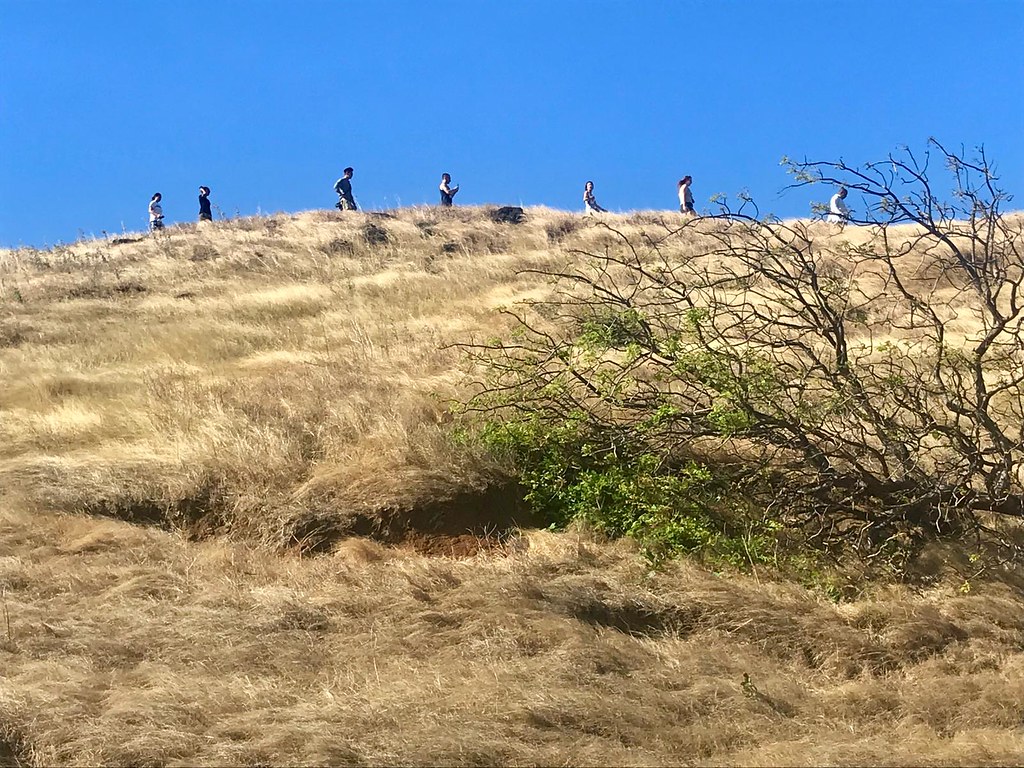 It faces Trou du Prophete, where the Prophet Mohammed is said to have hid from marauding pirates behind the tall rocks in the bay. 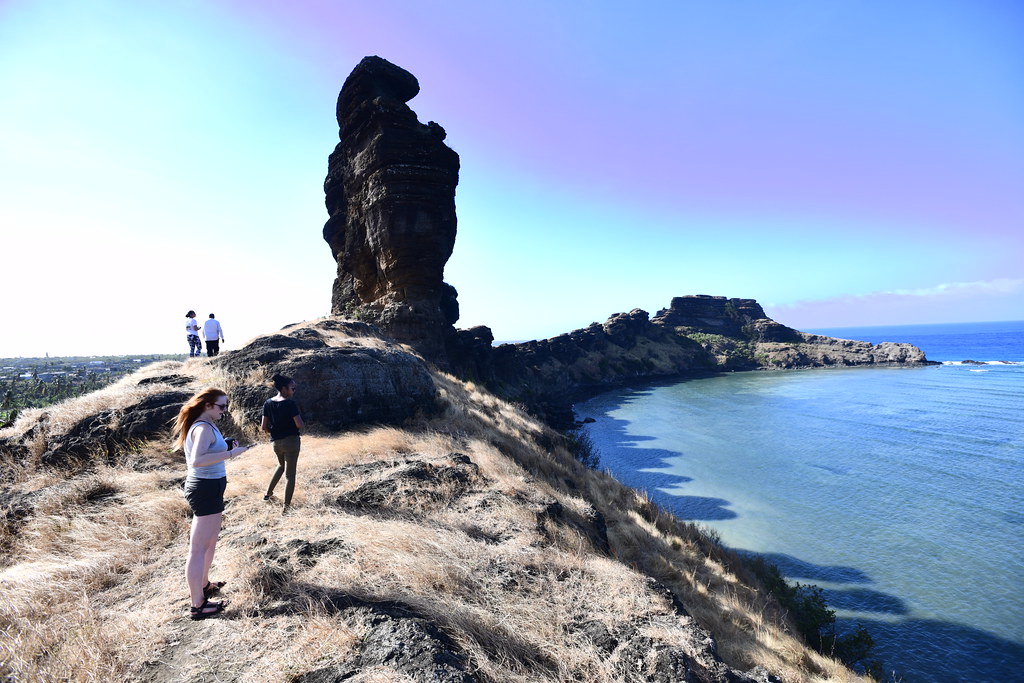 If you hike further along and hold your breath, you’ll be rewarded with epic views of the sea from the rocks. 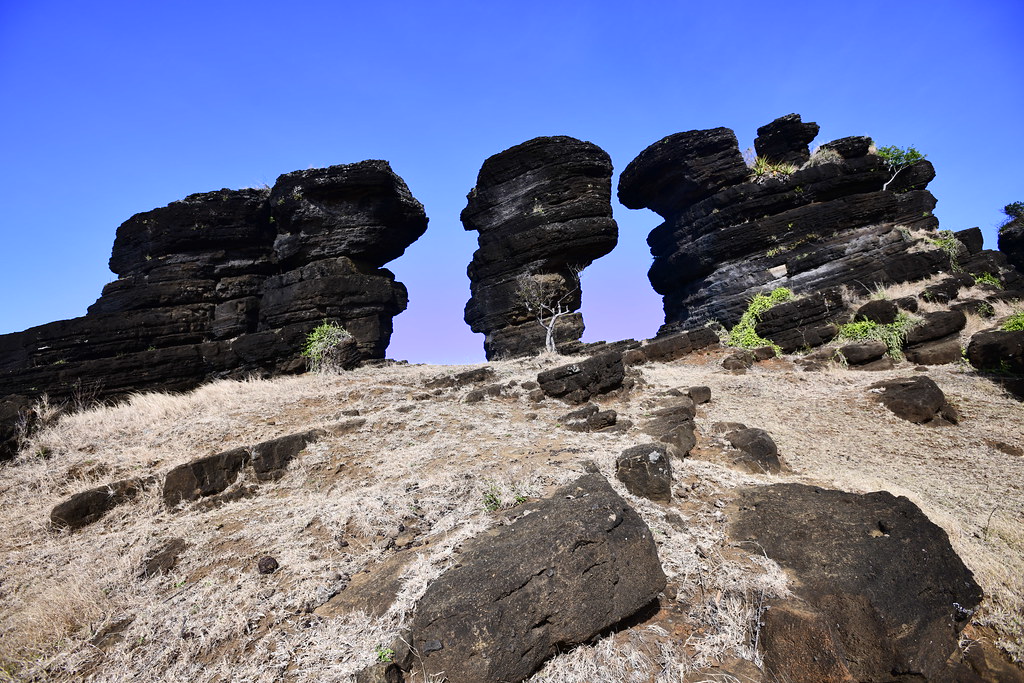 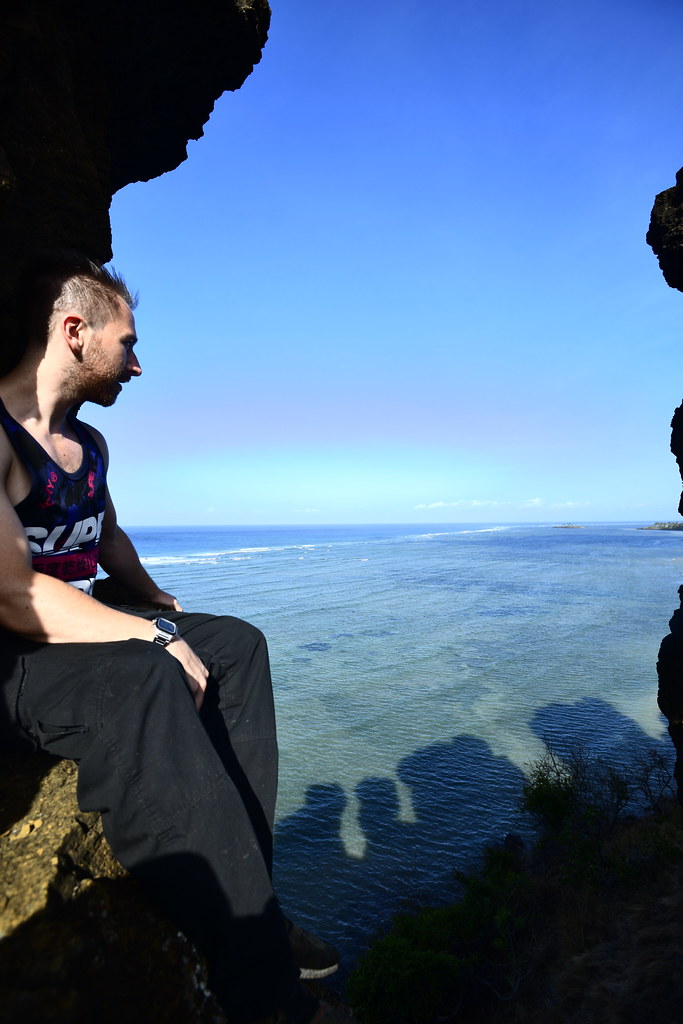 Finally our last stop was one more white sand beach, but at this point we were so frazzled and baked by the heat we all wanted to return to our lodgings and recharge. 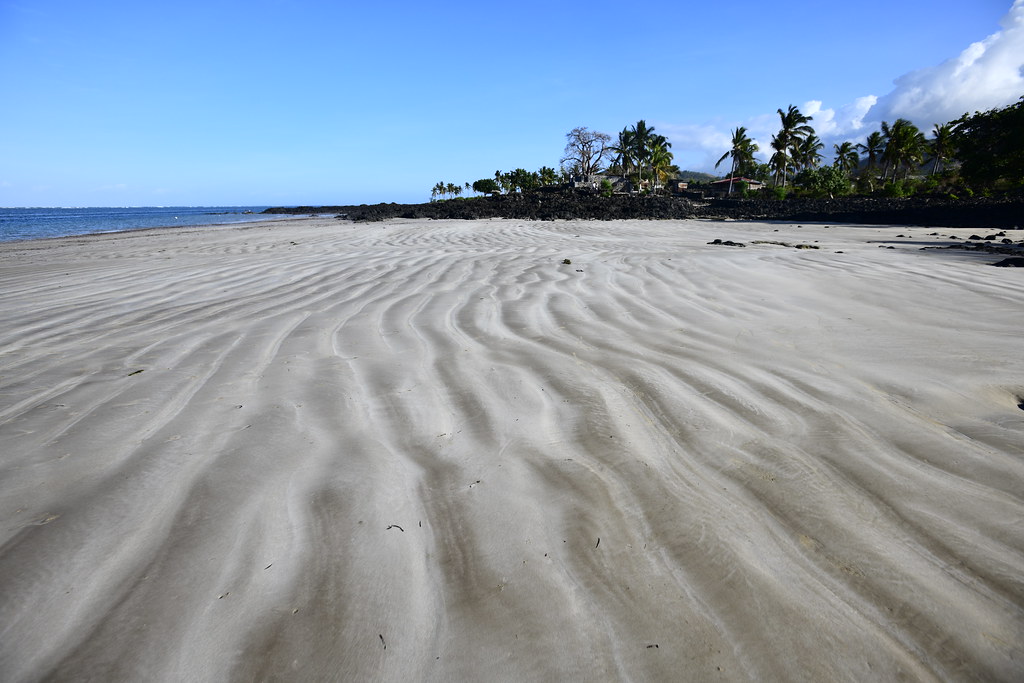 Now it’s time to kick back and relax at Golden Tulip as we celebrate Cathy’s last night with us. 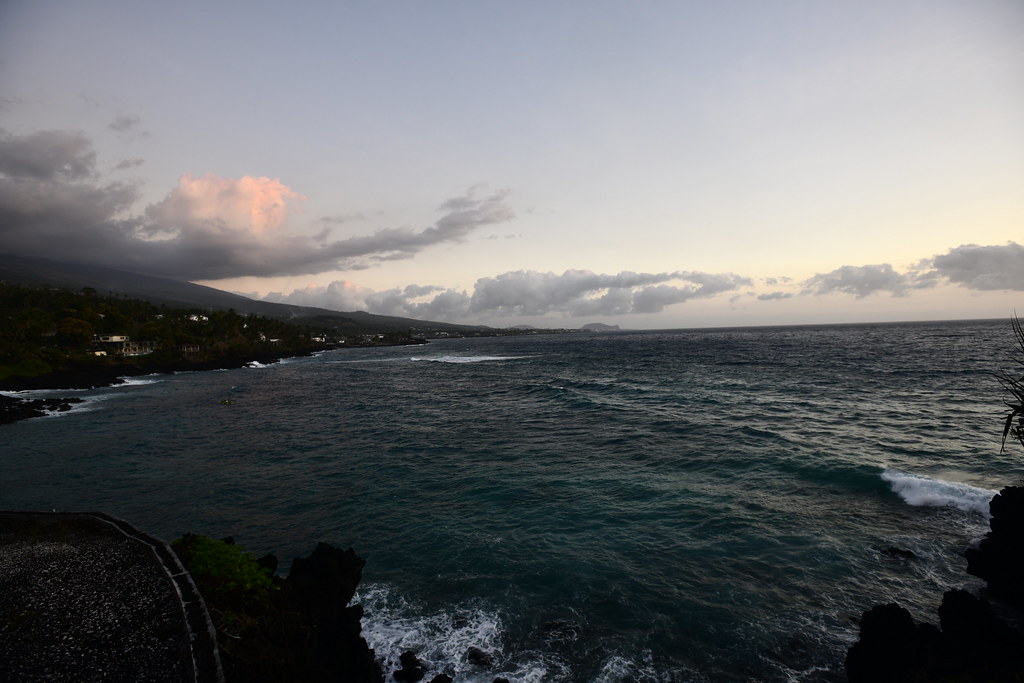 Tomorrow we visit what probably is even more rarely visited that it’s not even considered its own country: Mayotte!