Let’s face it, Dar es Salaam, the capital of Tanzania, is often a necessary stop on the way to or from Zanzibar, a safari in the north (which we’re coming back from) or home. So don’t set your expectations anywhere to the level that you would for Zanzibar or the Serengeti and you should still find this city sufficient enough for a layover overnight.

We headed out at 8am from Angata Camps on the rim of the Ngorongoro crater and reached Arusha by 1pm, where we stopped by to say our thanks at the massive Easy Travel headquarters. Much like our much delayed flight into Kilimanjaro, our originally scheduled 4:25pm flight out of Kilimajaro to Dar es Salaam was delayed at the last minute by nearly another 3 hours, so we stayed there an extra hour plugging ourselves back into civilization on the wifi.

Luckily Ann informed us that the wifi at Kilimanjaro Airport is also lightning fast, so after driving over on the hour’s drive from Arusha to JRO airport and checked in, everyone downloaded the horoscope app Co-Star and compared each other’s astrological compatibilities. 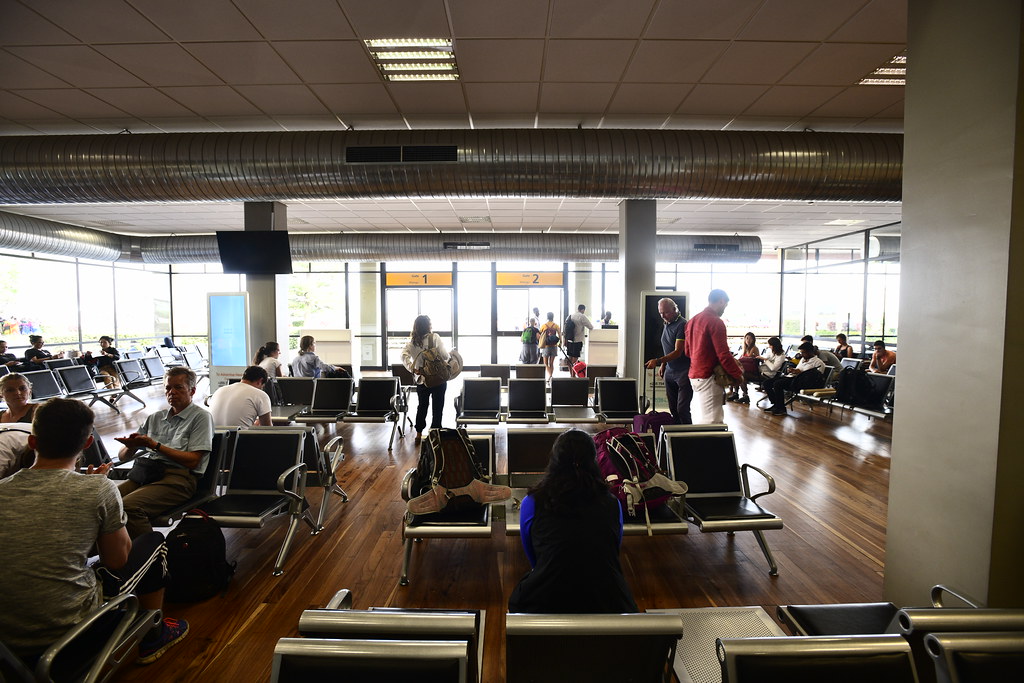 After arriving from Kilimajaro Airport to DAR Airport in the evening at 8pm, we were curiously led on foot through the tarmac to the international arrivals area even though we hopped off a domestic flight. (Apparently, this is typical at this airport). 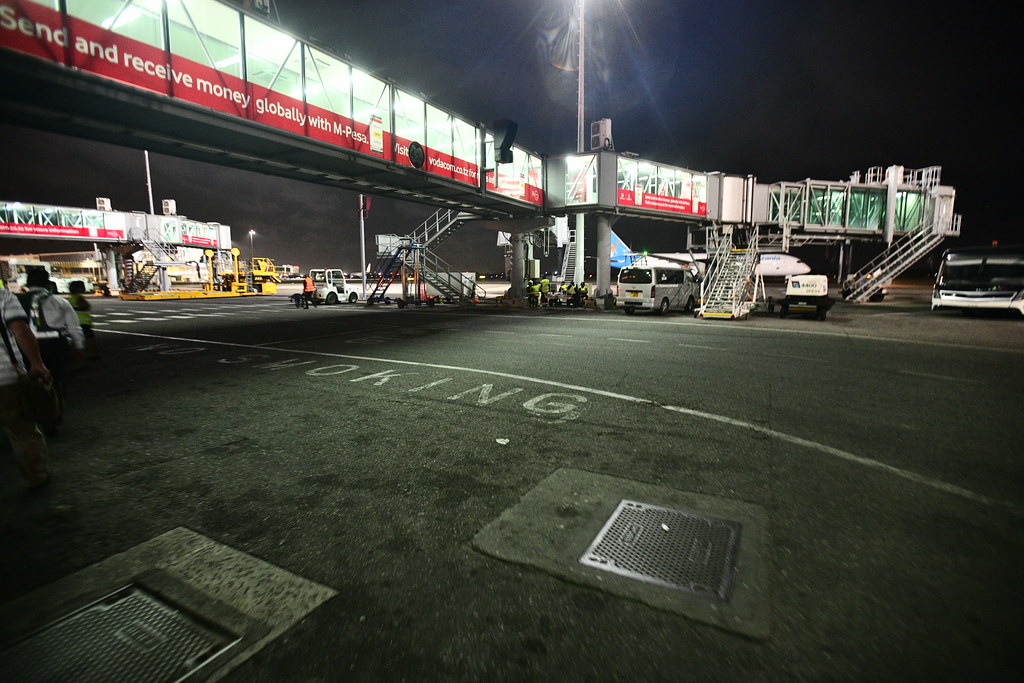 Airport security demanded to see our boarding passes to make sure we weren’t sneaking in without a visa, but I just showed them my visa instead. Because I’m a thinker. 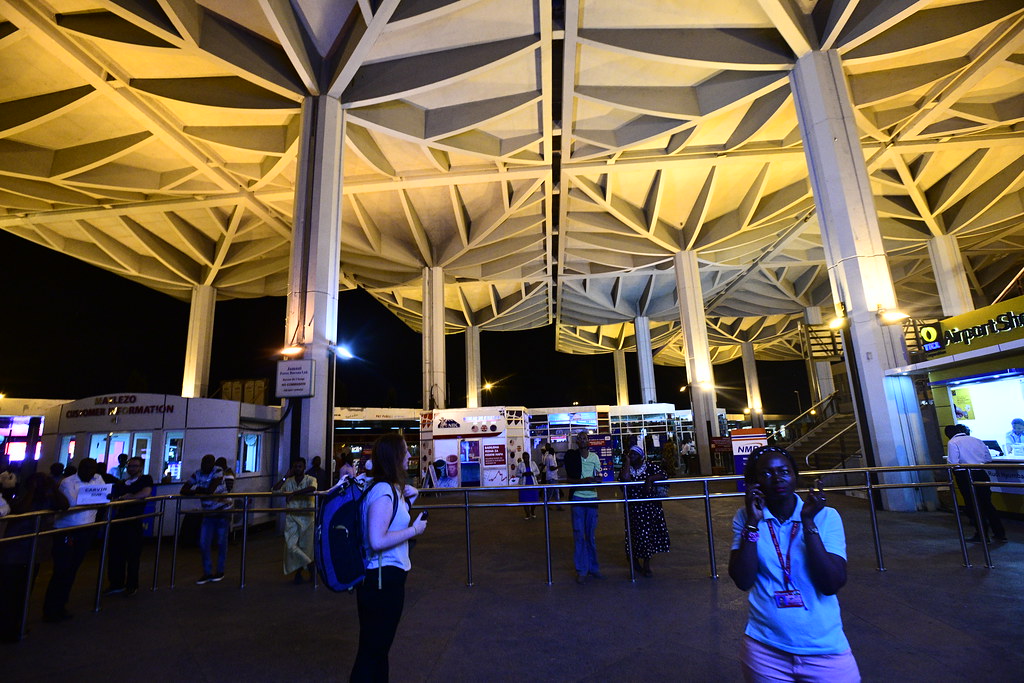 Outside arrivals, 7x monsooner Evan Danek (who had arrived 2 hours earlier via Qatar Airways) was waiting for us with our pickup, making our group 10 strong. 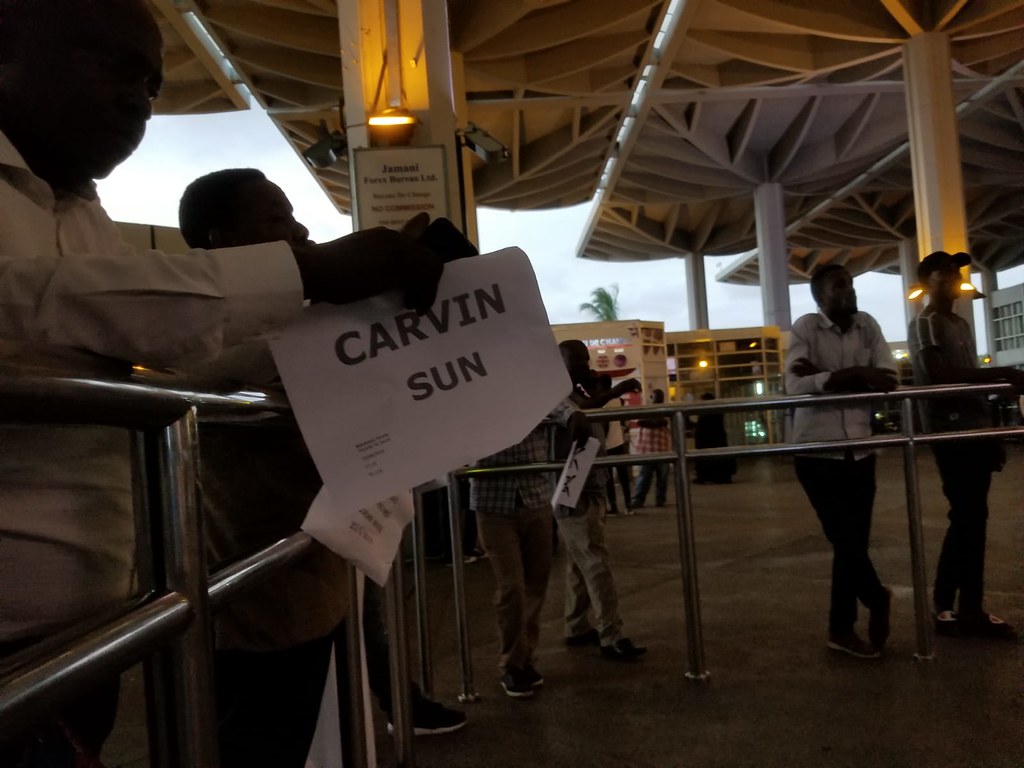 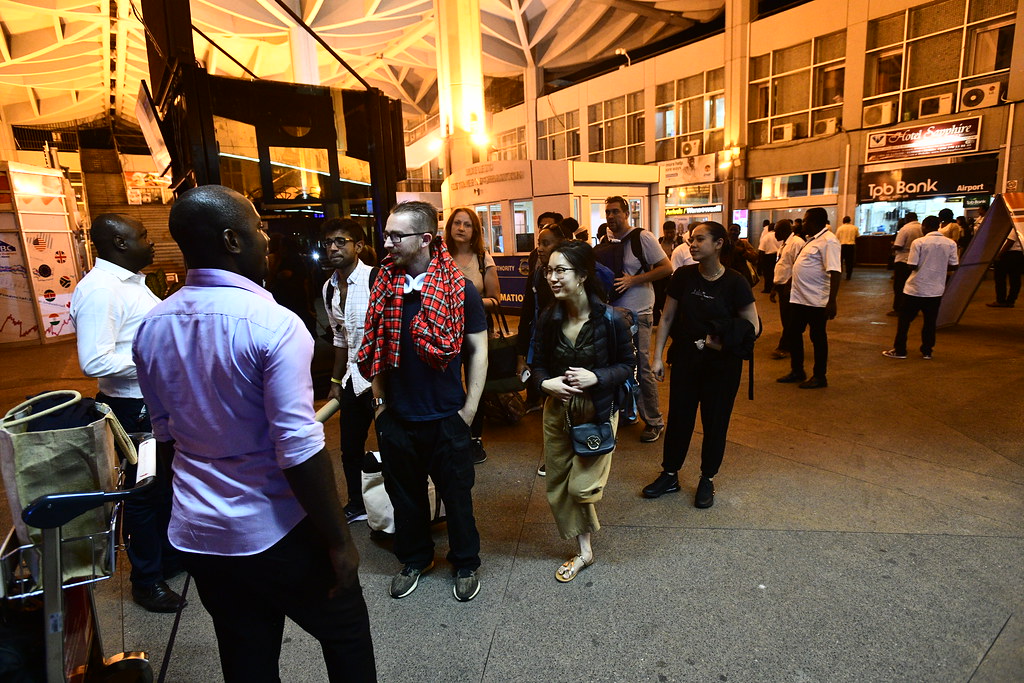 Starting from Uhuru Monument, we drove through neighborhood of Kariakoo and Kisutu towards the Askari Monument, then swung by Azania Front Church before finishing at a fish market, a flea market, the presidential palace and Karimjee Hall. 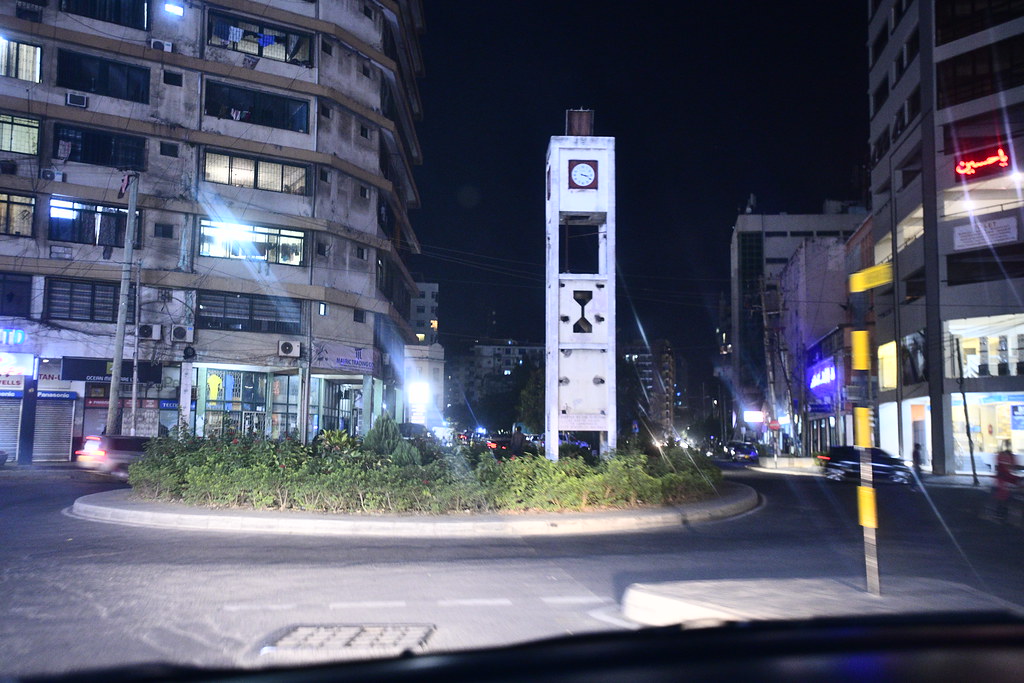 However, because we were running late on time and our group was getting hangry, we didn’t bother to take many photos or get out of the car to walk around. So after 30 minutes of what felt like aimless driving, we were spirited away to our lodgings at Azure Villas.

Because the digs I got at the villas was so nice, the girls’ villa decided to mostly stay in and order Pizza Hut while the guys + Ann had dinner at Veranda Tapas. 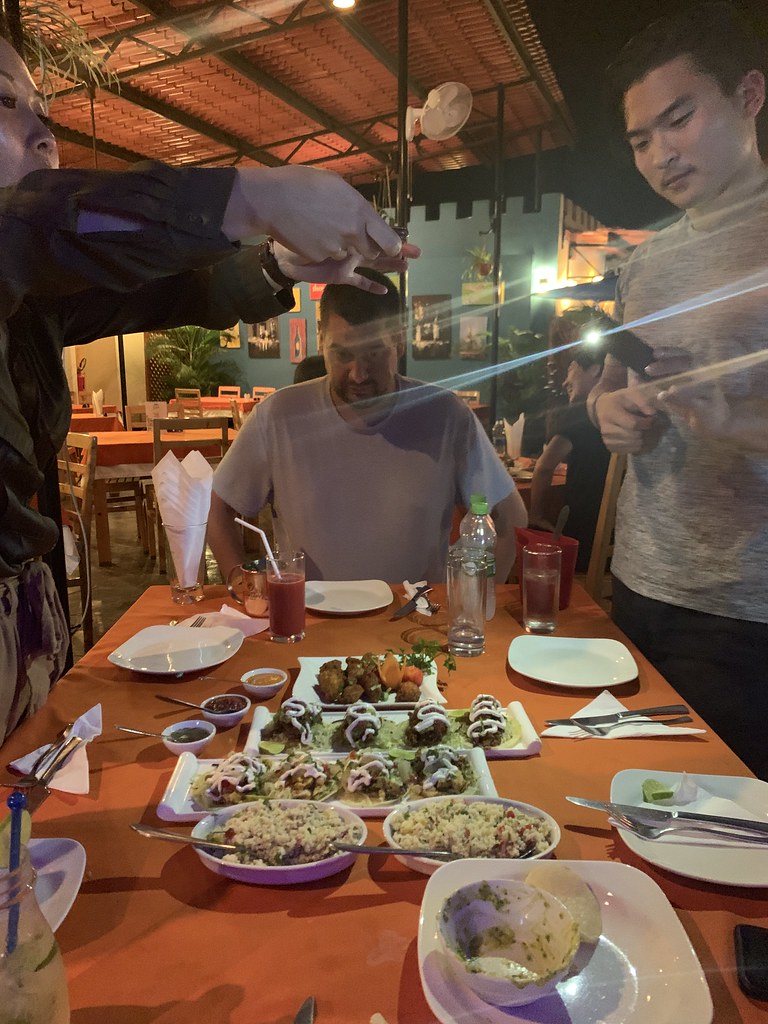 Afterwards we saw the night take on a comedy of errors after we experienced a few busts at Havoc Nightspot and Element, before we stopped at Samaki Samaki for a drink before some of us headed home for an early night. 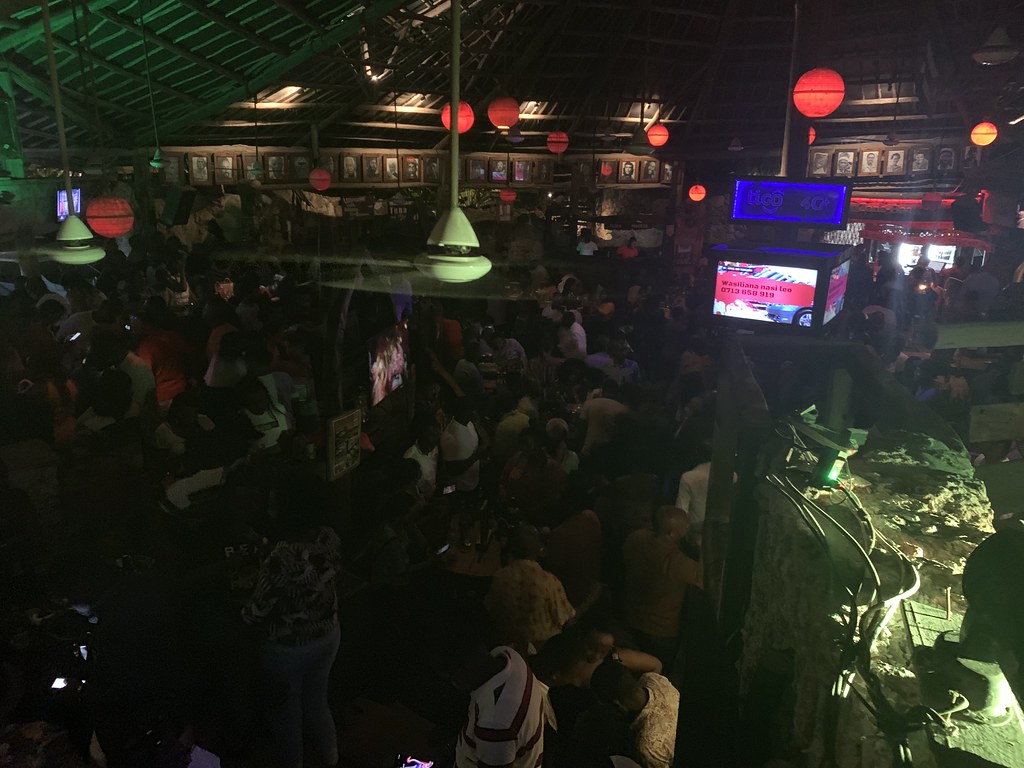 Tomorrow we get up at 7am for a two-a-week 10:40am Air Tanzania flight to the #10 least visited country in the world: Comoros!