After 2 straight days of some of the best weather East Greenland has ever seen, it would seem that all good things must come to an end.

After breakfast we had intended to land on the tundra of Liverpool Land by Hurry Inlet, a peninsula of East Greenland. However, winds at 30 knots soon prevented us from going out in our zodiacs for safety reasons. So we were marooned on our ship for the morning, passing the time with lectures on climate change and art history. 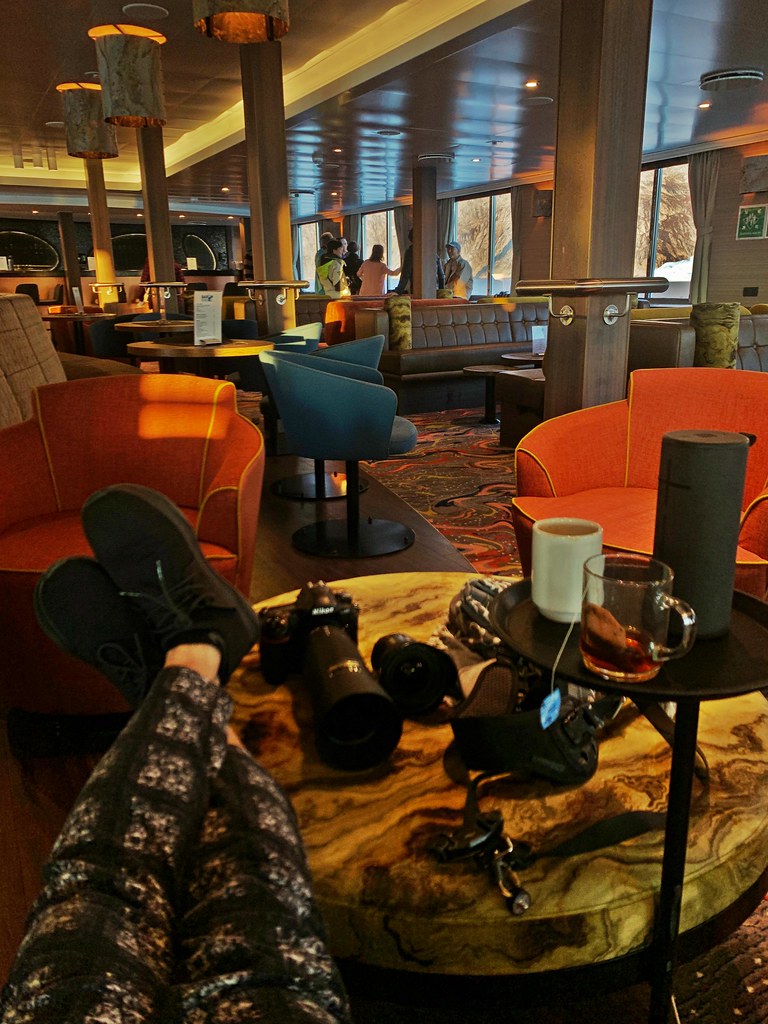 By afternoon we reached the coast off from Ittoqqortoormiit, formerly known as Scoresbysund and one of the most remote towns in Greenland. 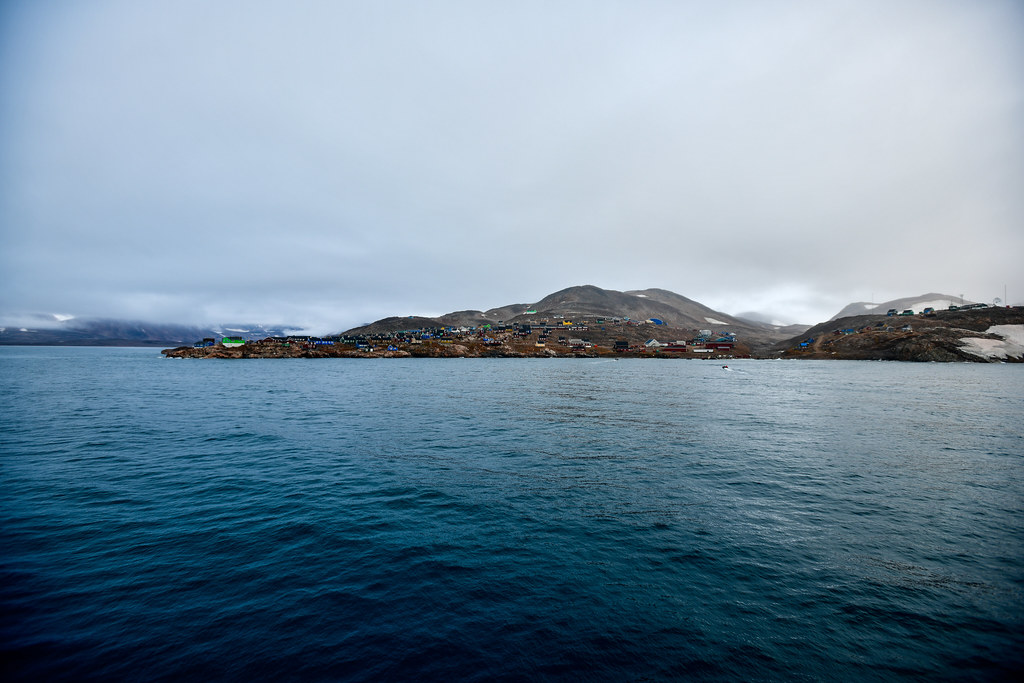 Boasting a population of 452 people as of a 2013 census (with numbers steadily declining since then), Ittoqqortoormiit was accidentally founded in 1925 by Ejnar Mikkelsen and around 80 Inuit settlers of the ship Gustalv Holm when they became stranded here. Nevertheless encouraged by good hunting conditions in this area, it has remained such a settlement since with the help of the Danish government. 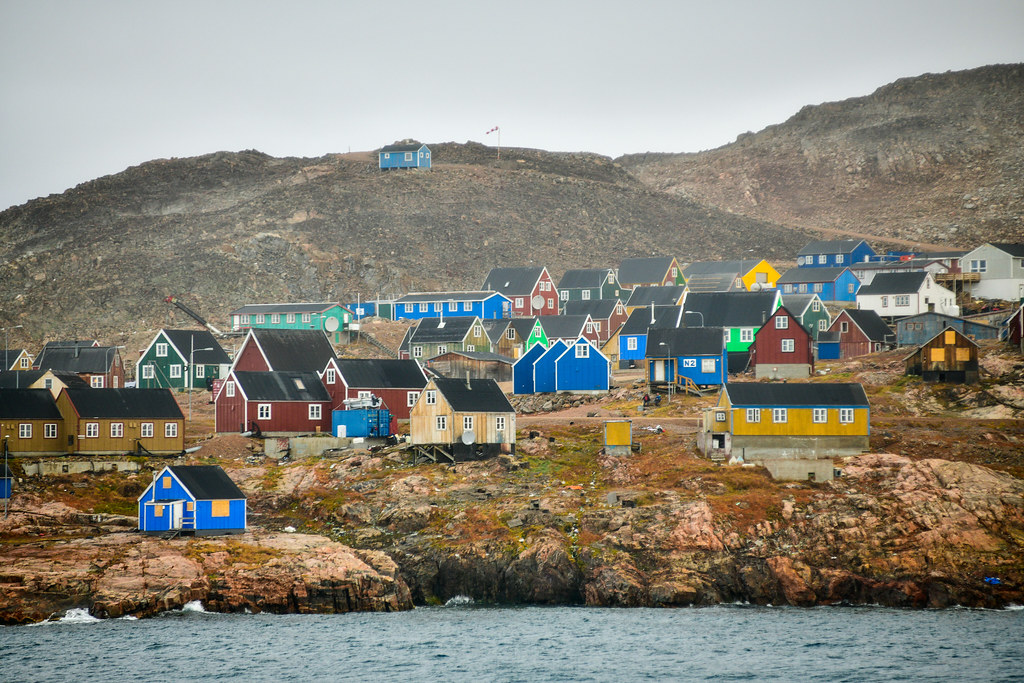 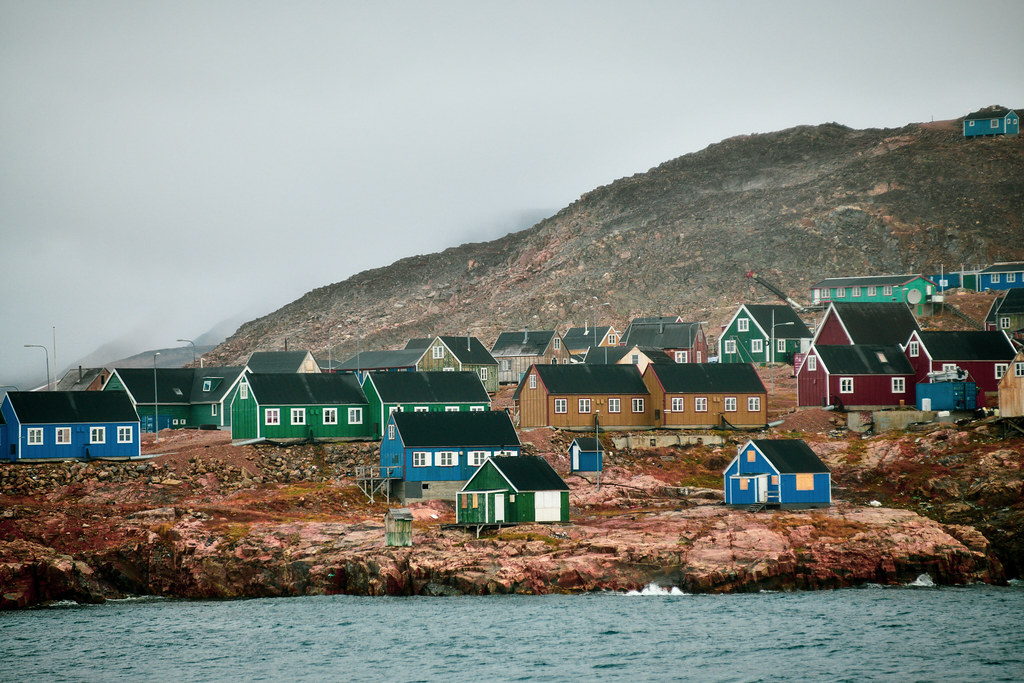 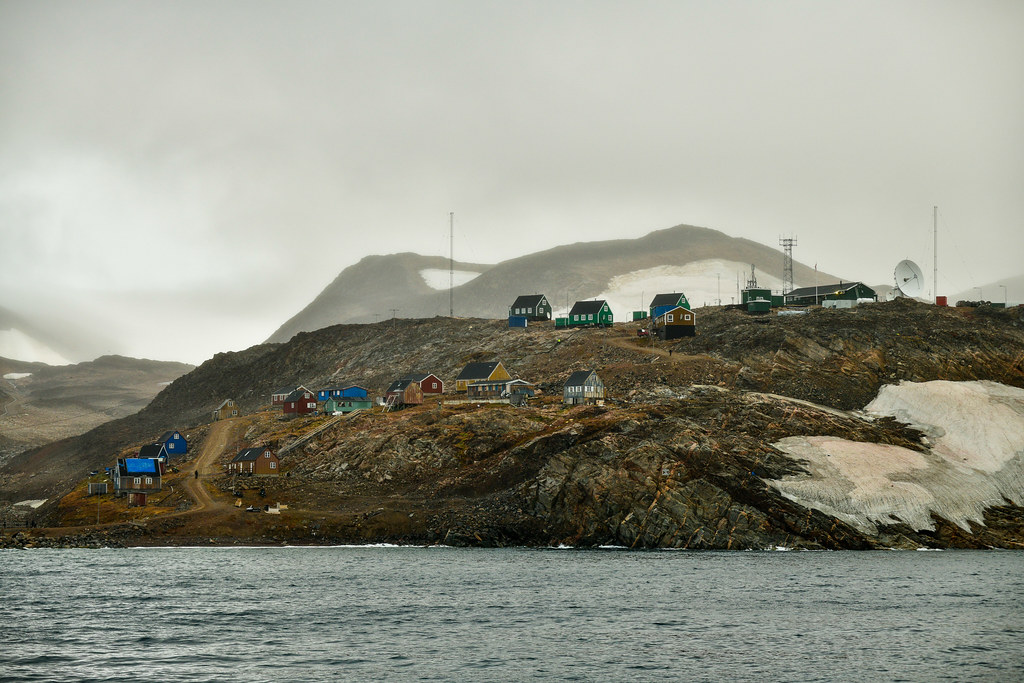 We were delayed for an hour to wait for the choppy waves to die down, as it would have otherwise been too dangerous of a landing for our zodiacs. By 4pm about half of us took the risk in venturing off for an attempt at landing at the new wooden docks built at Ittoqqortoormiit’s small port. 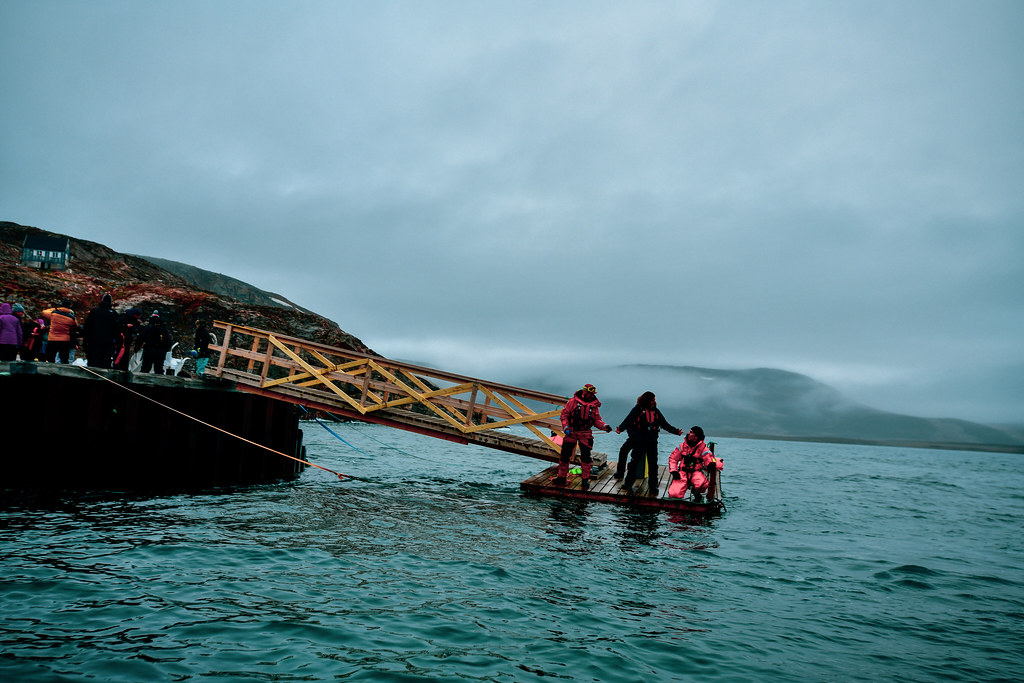 Walking around town, we saw relatively few locals going about their business. If anything I felt like the town was run amok with tourists instead. 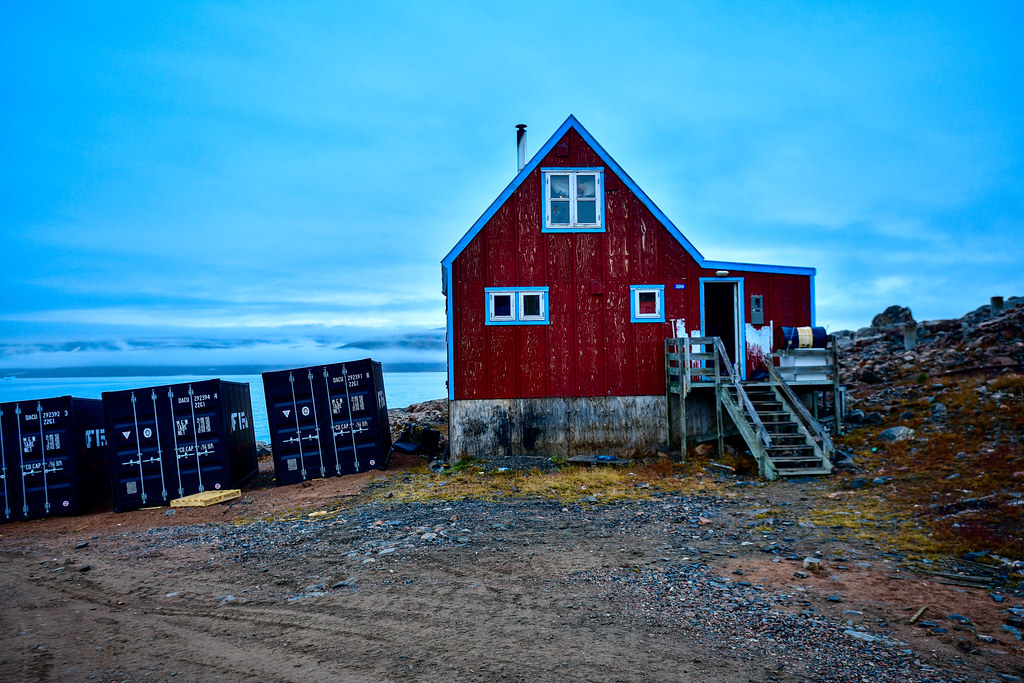 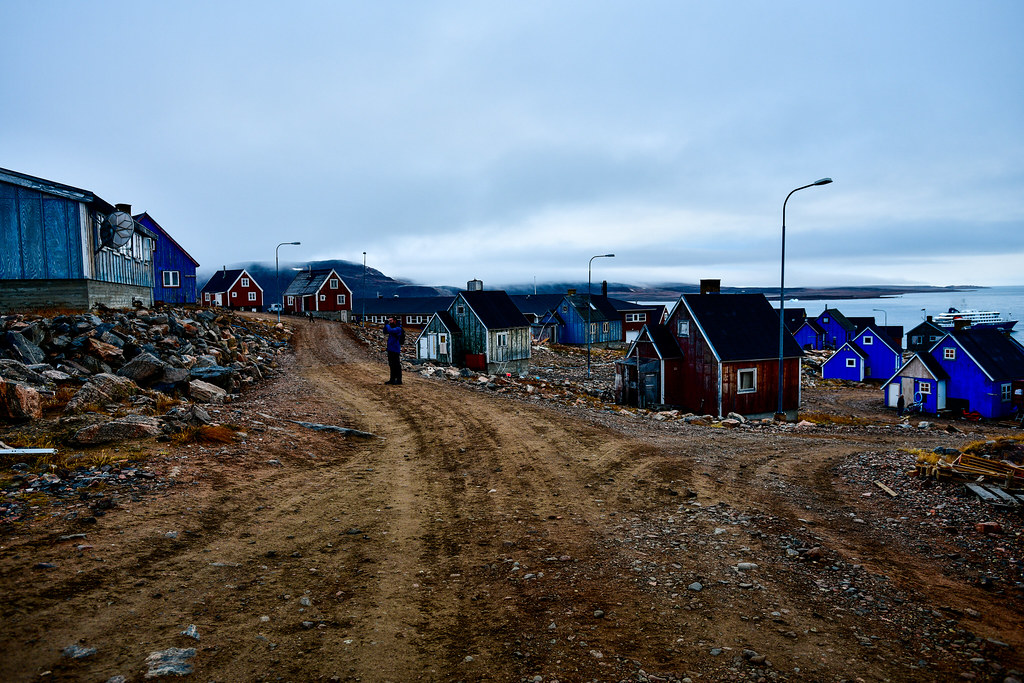 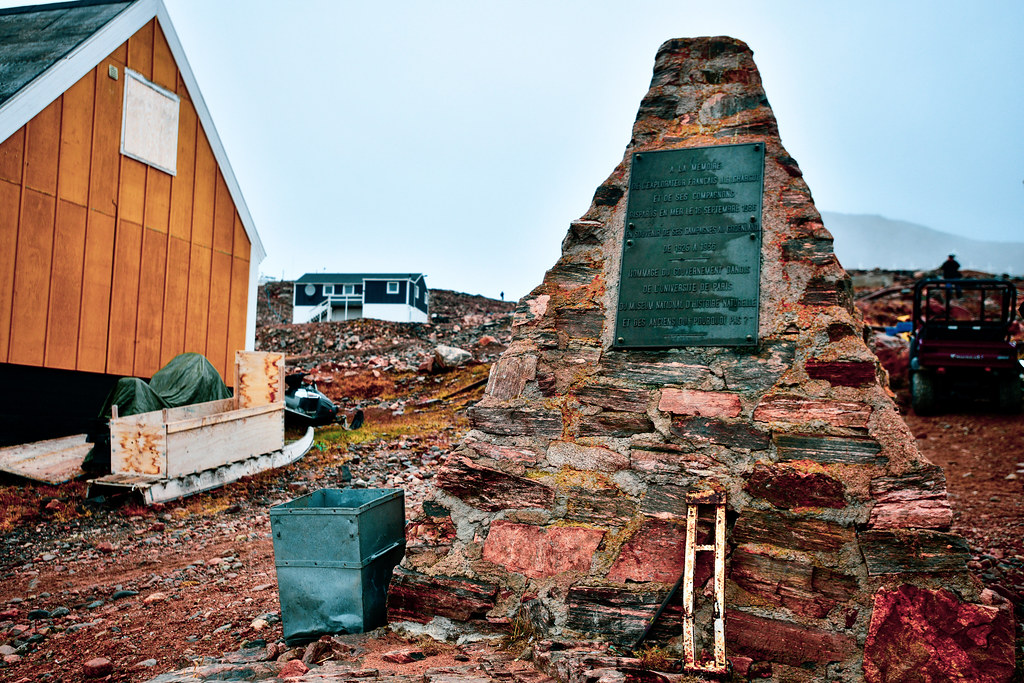 You can send out your postcards at the local tourist shop. 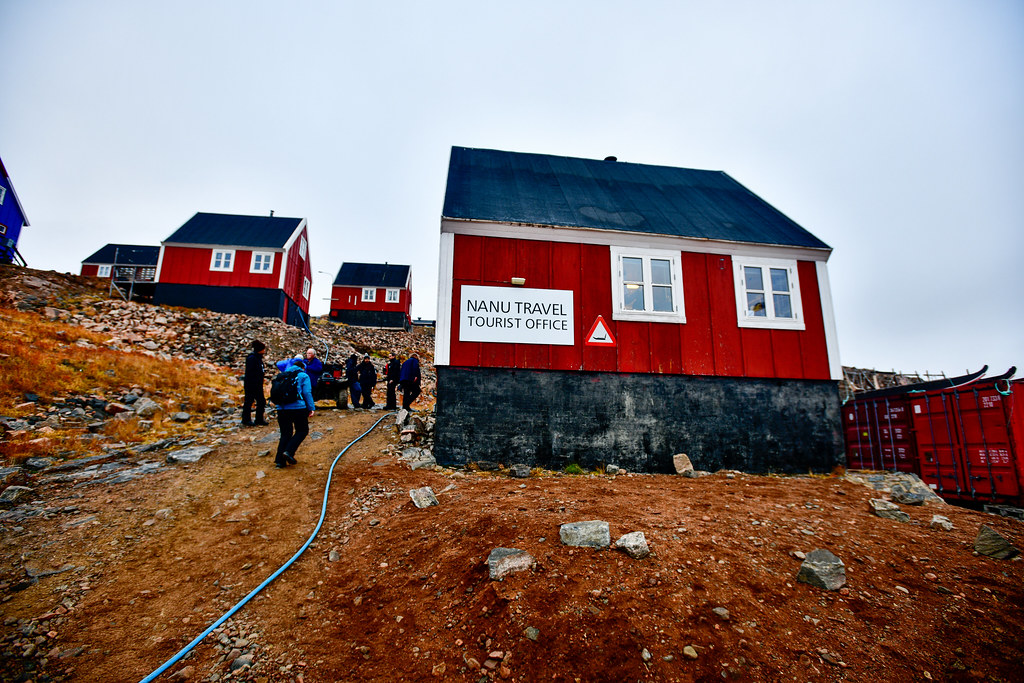 And there is a nice viewpoint of the city up on a hill. 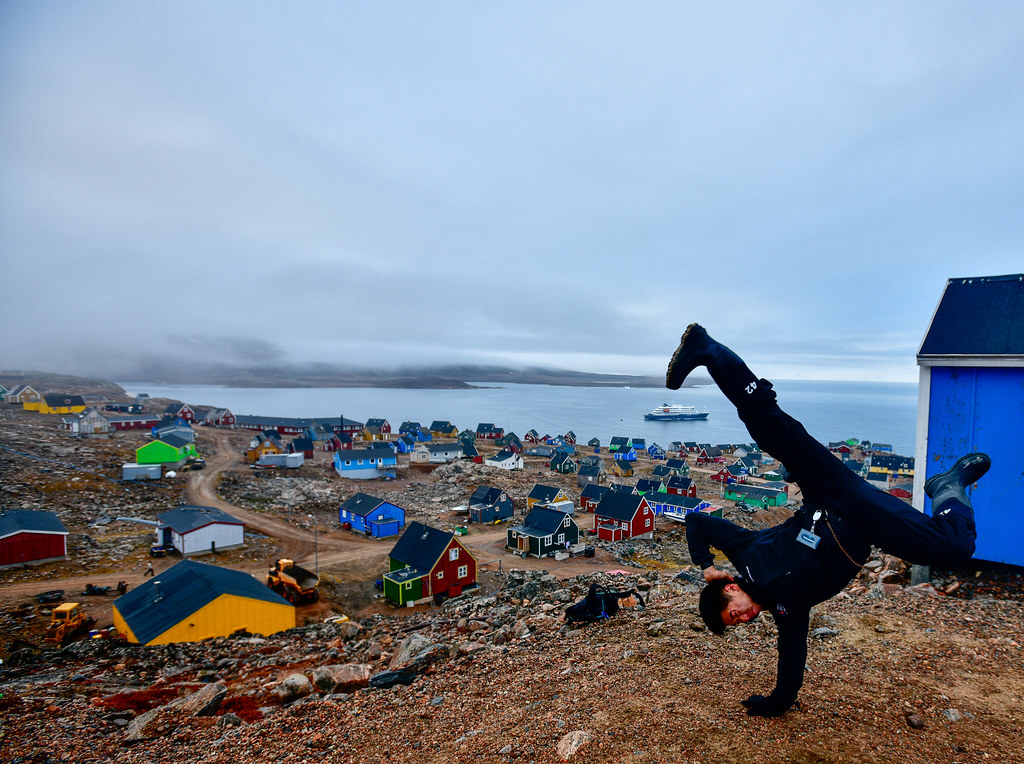 Otherwise it seemed as if most locals chose to stay inside, shutting their doors and blinds as we arrived. 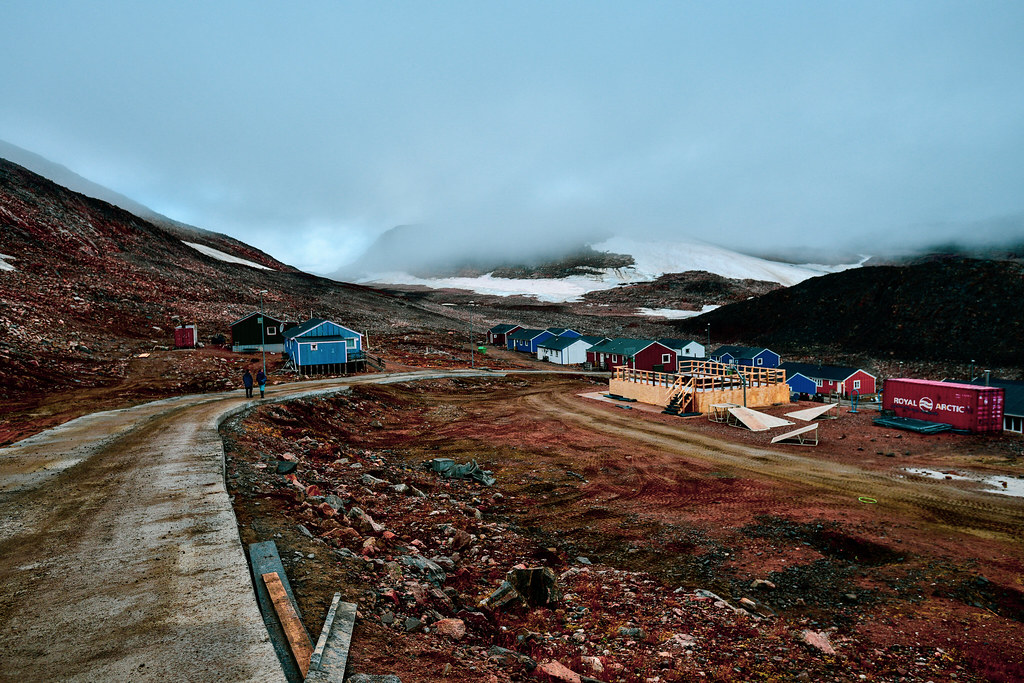 After it took less than hour having explored all of the town, we then headed back on the boat and sailed south, following Blosseville Coast.