This morning after breakfast we set out towards Turner Sund and Rømer Fjord on our last day of zodiac cruising. 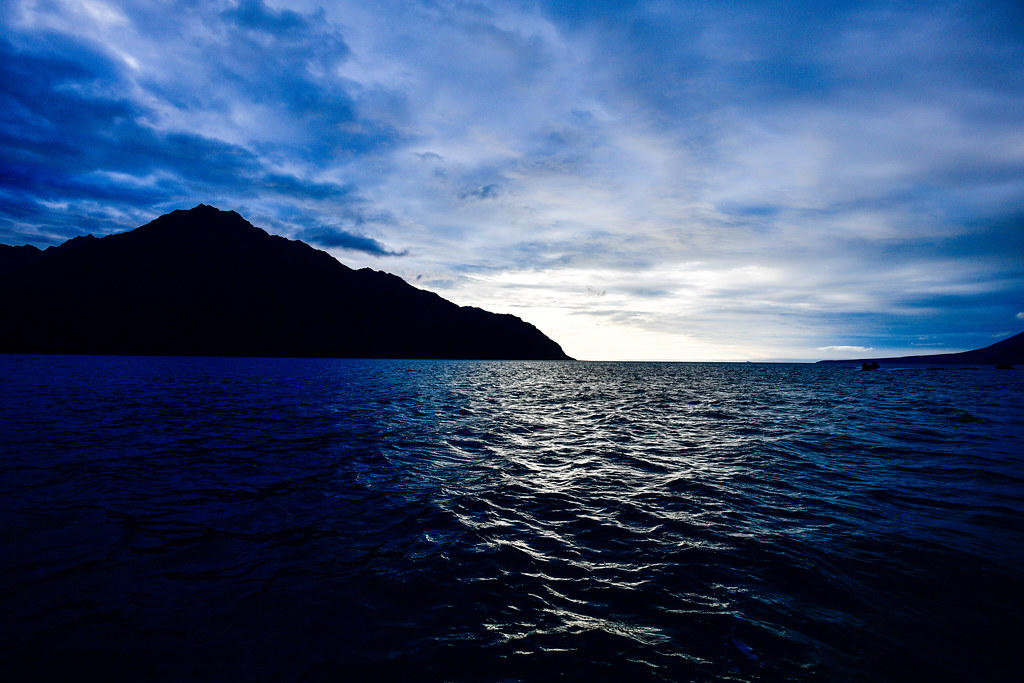 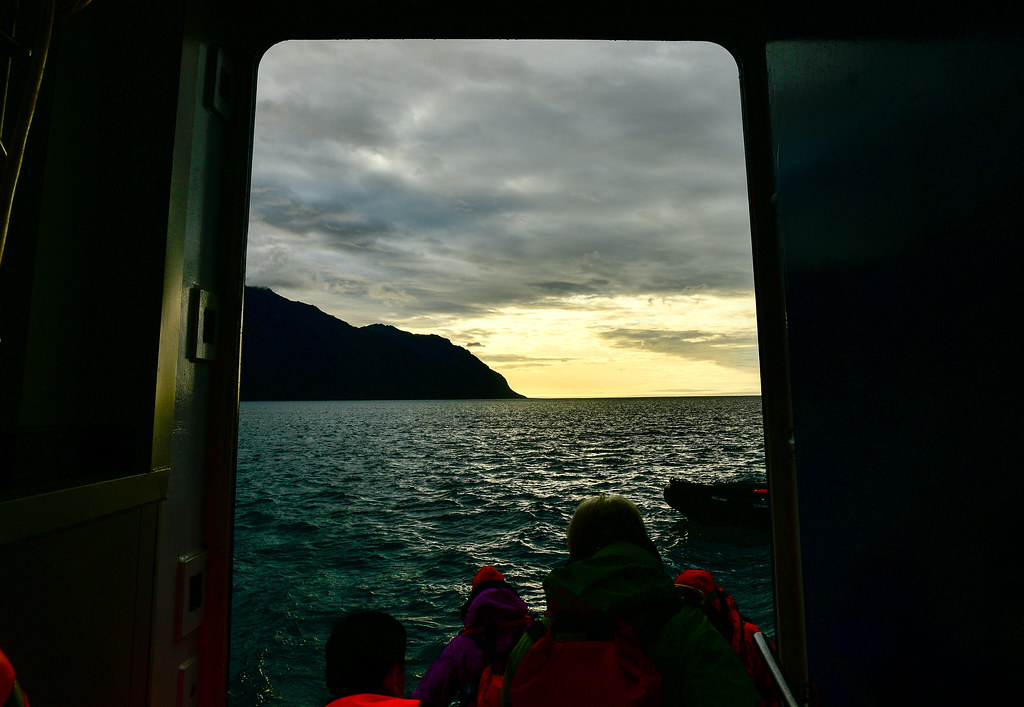 This was planned to be the wildest part of our trip knowing that sudden changes in weather patterns could sneak up on us. Nevertheless, we lucked out in the beginning as the fog began to lift the moment we set out in our zodiacs. 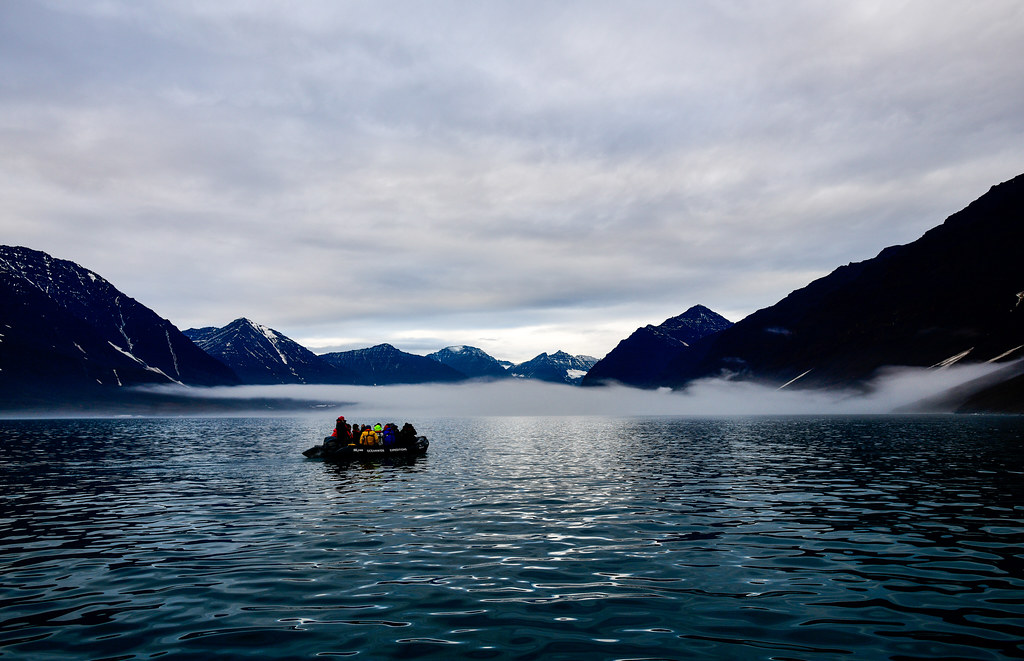 We stopped by a solitary but magnificent iceberg set against a backdrop of active waterfalls. 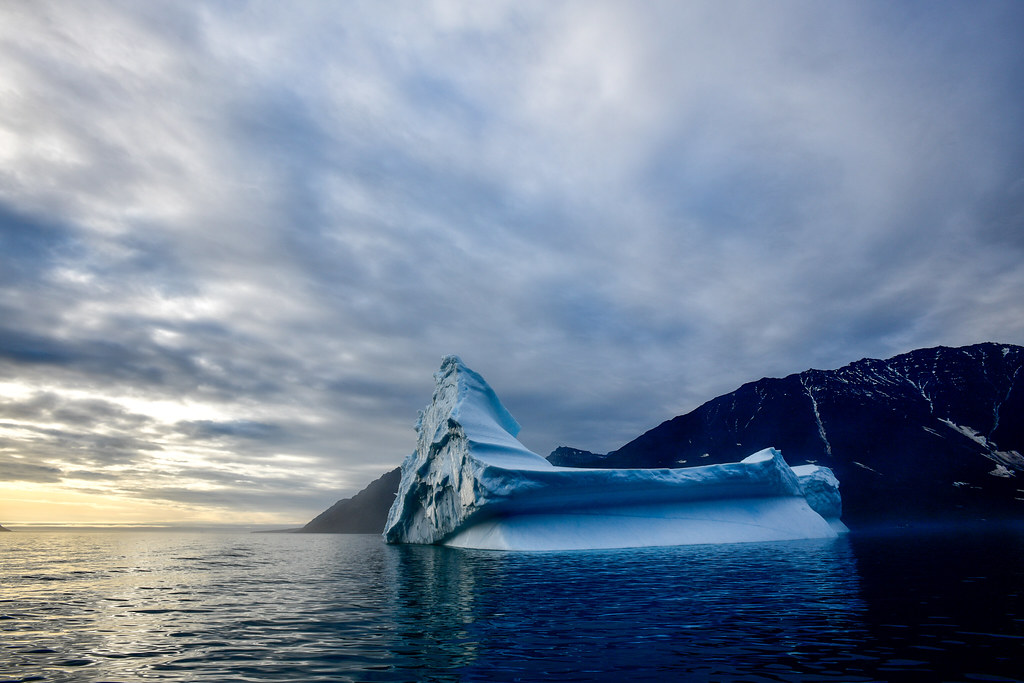 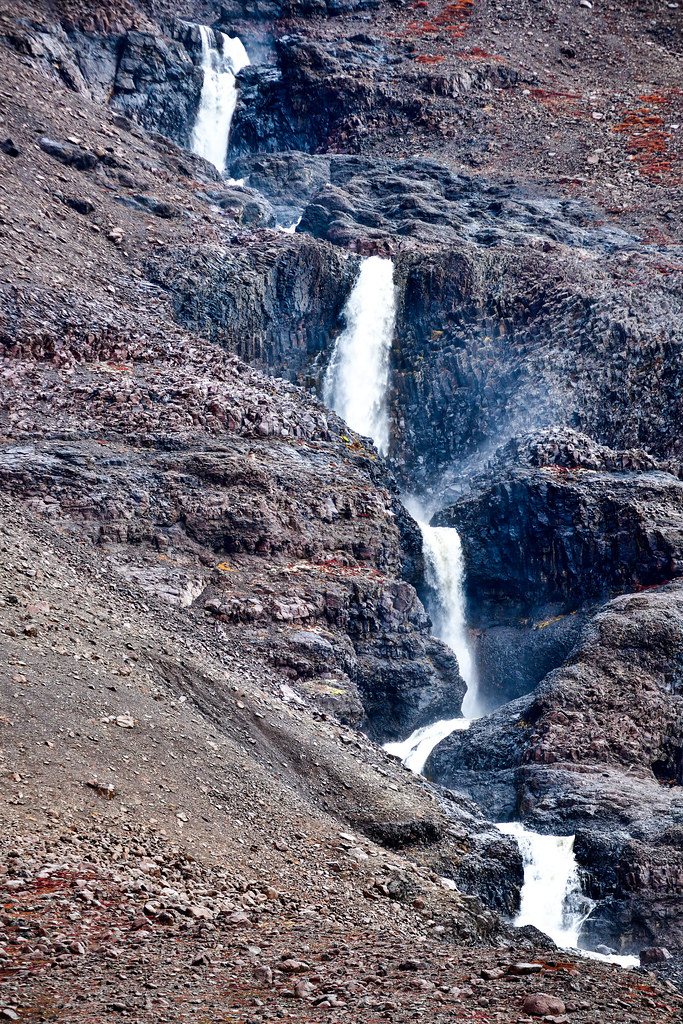 About an hour in, however, the winds began to pick u to 20 knots around our ship so we had to retreat as quickly as possible before it increased even more. 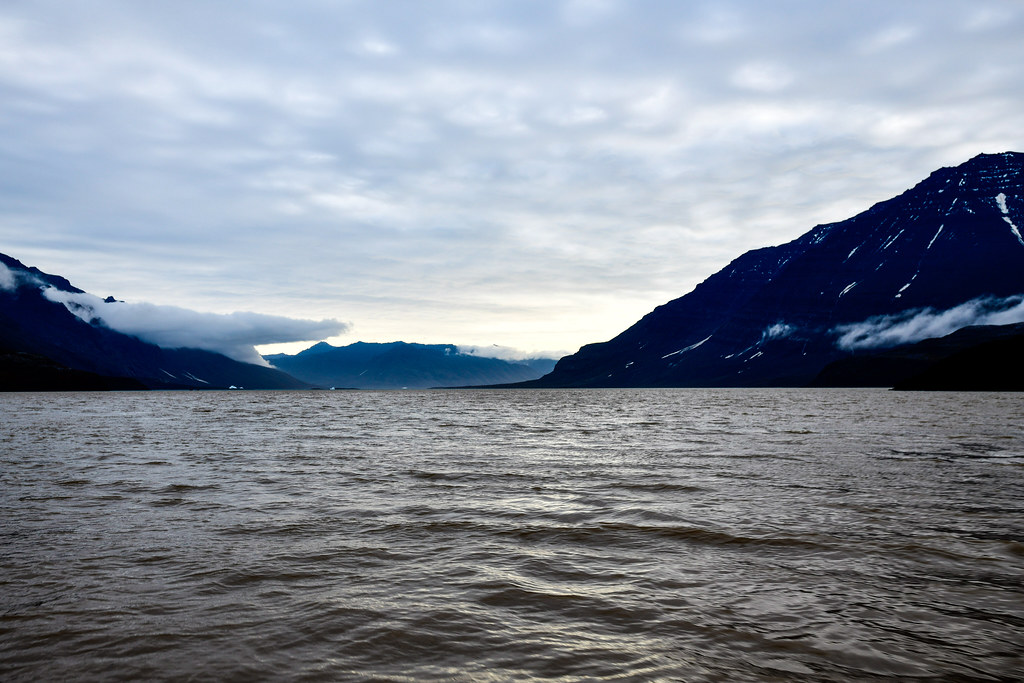 By 2:30pm we began our rocky journey home back towards Iceland. 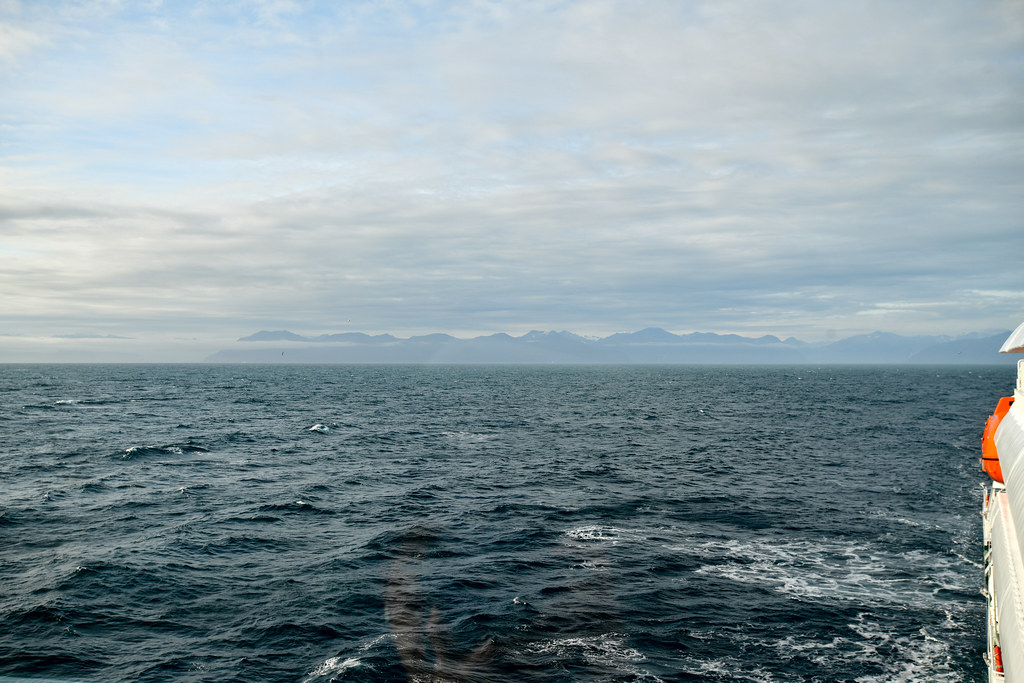 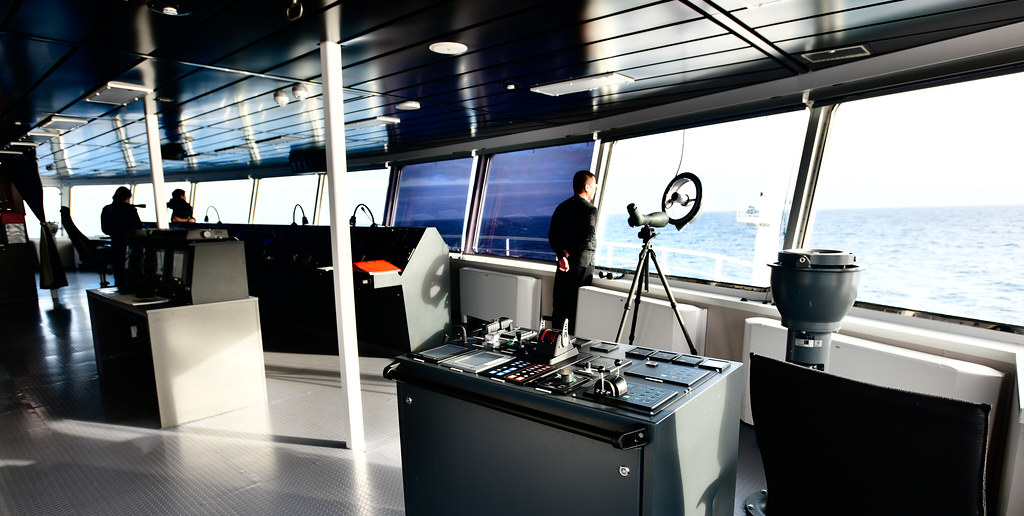 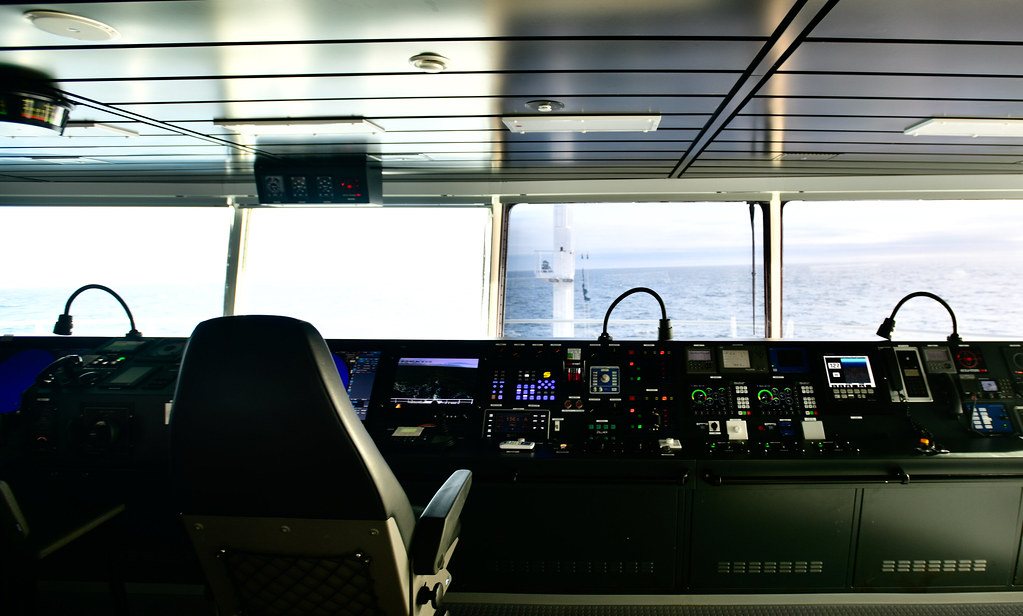 The next day was an entire sea day as we rushed back to Akureyi due to a minor medical emergency. 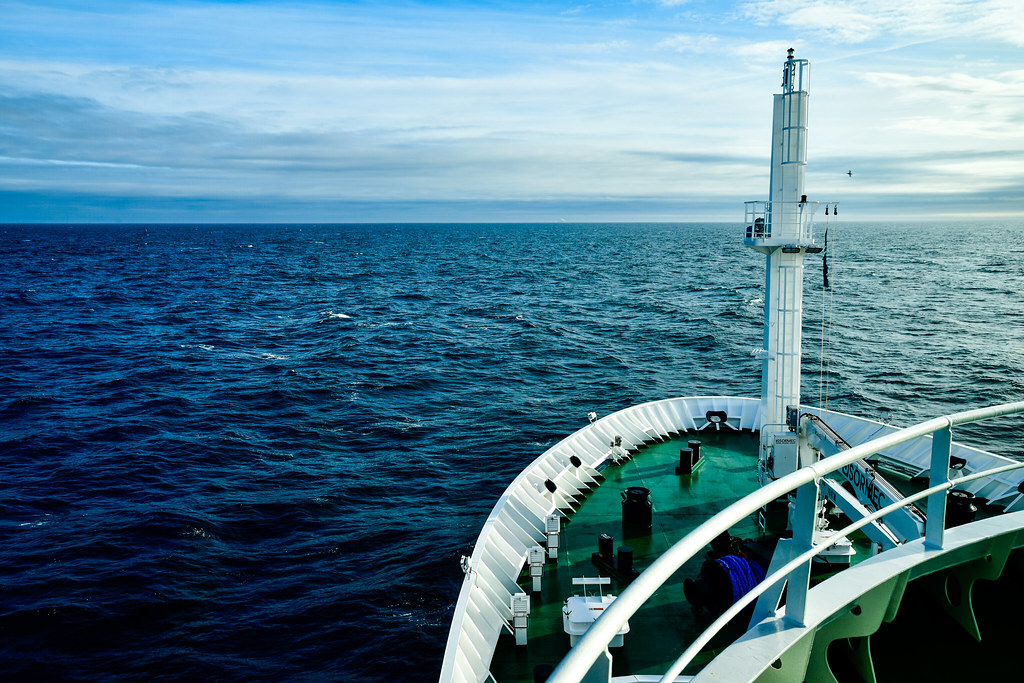 Our final dinner closed with a supremely designed Baked Alaska, the last of which I had back at Eleven Madison Park: 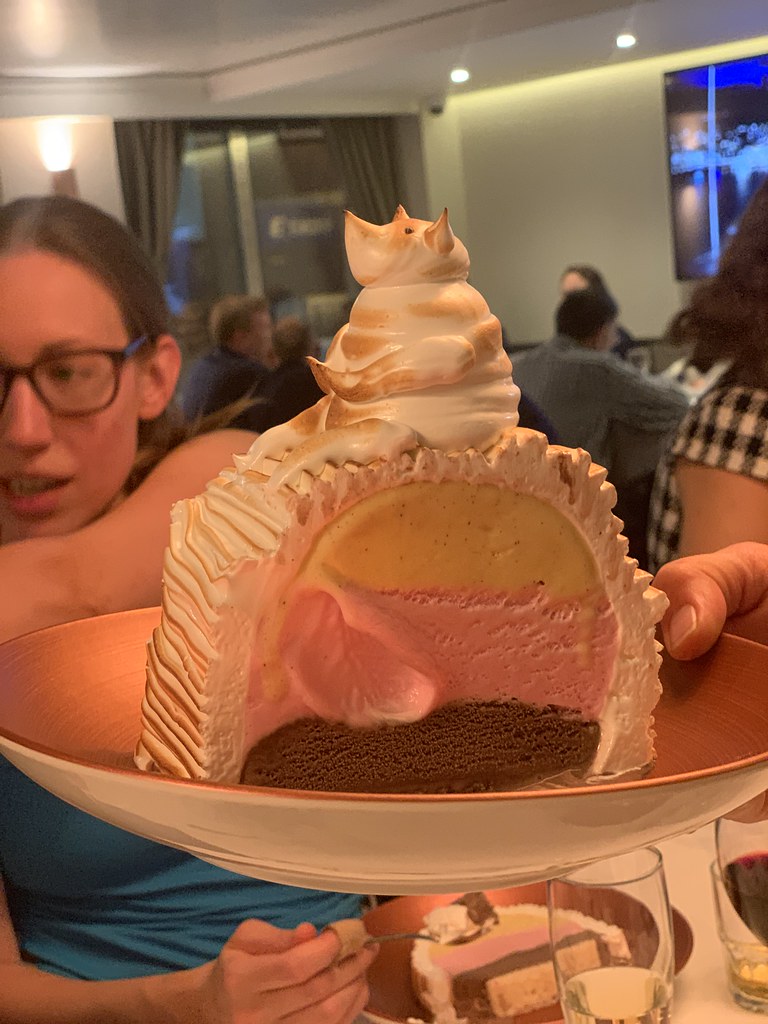 And by the end of that dinner that very we evening, we docked at Akureyri. Thankfully the crew allowed us to head out into town for a quick drink. 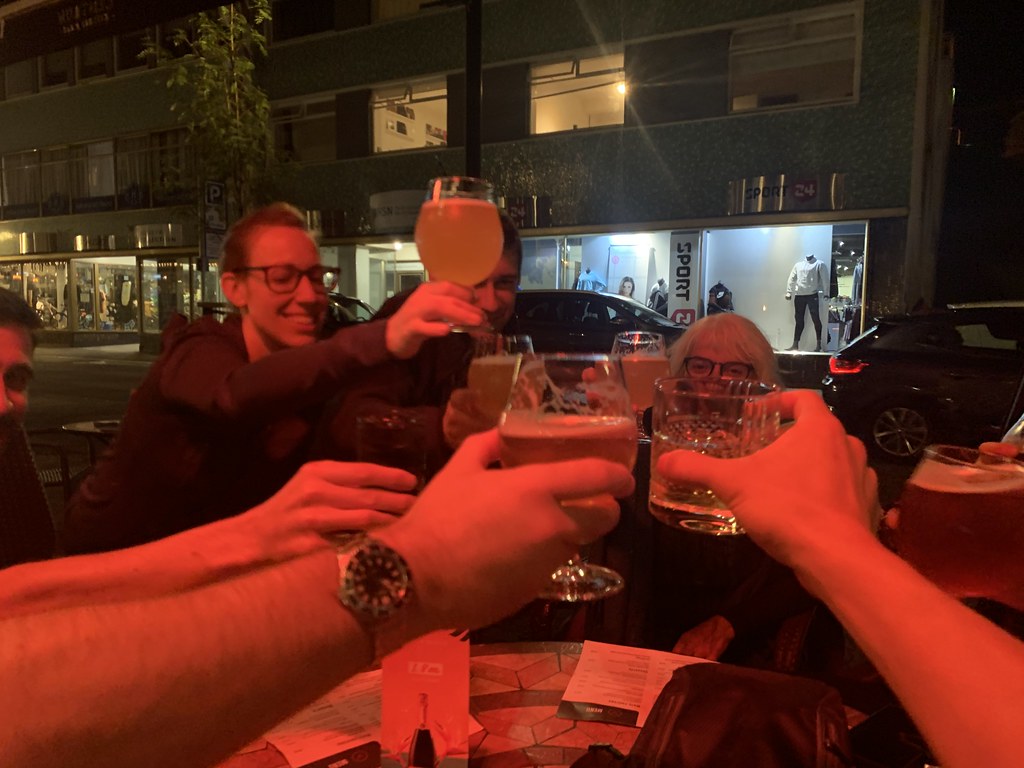 We then returned to the ship at midnight to make the most of their own bar before it closed. Turning on the music and making the most out of our premature arrival, we nearly pulled an all nighter before catching our 7 hour bus back to Reykjavik the next morning at 9am. 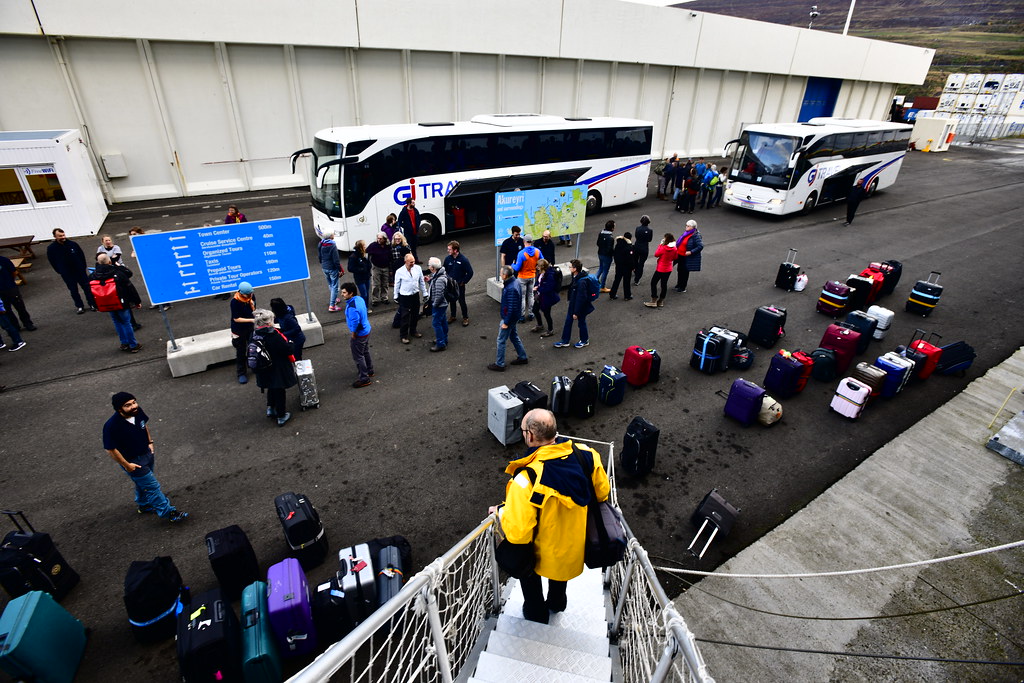 Upon arrival at 2pm into Reykjavik I checked into my new digs at Rey Guesthouse and and am now decompressing all my media.

Currently catching up on life right now, but damn, what a trip.