After a morning in the off-the-grid deserts of Timimoun yesterday, we headed to the airport to catch our 5:10pm flight to Oran, the second biggest city of Algeria.

Despite a nerve-racking turbulent flight for nearly an hour in a rainstorm, we managed to still arrive 30 minutes early at 7:10pm. 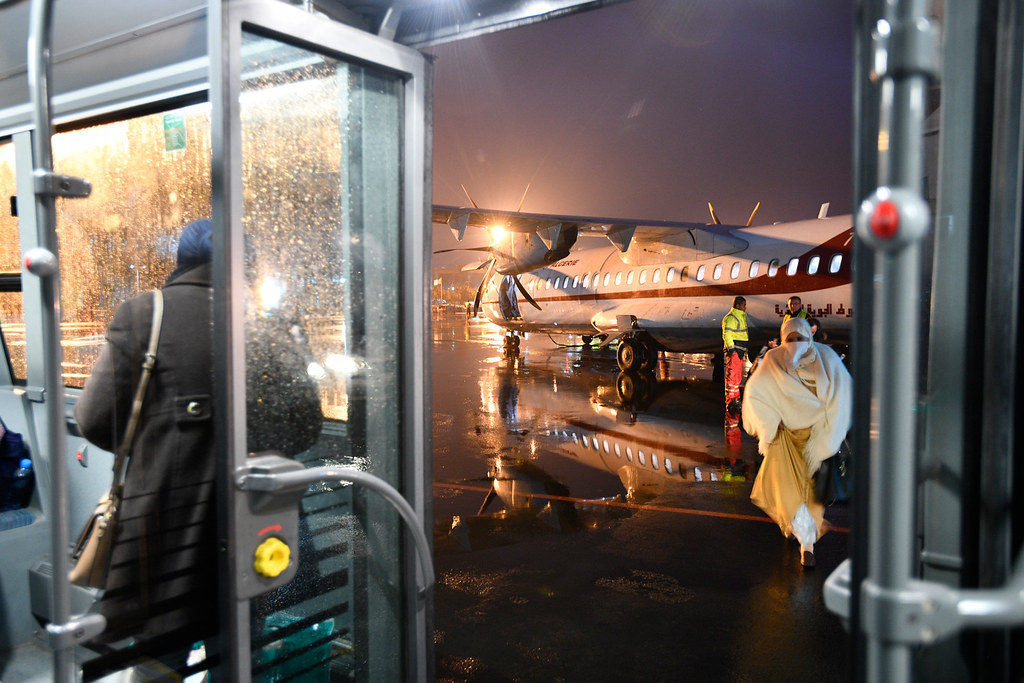 But where we gained a half an hour by arriving early, we then made up for it by a very frustrating domestic baggage claims that took nearly an hour to sort out.

As you can see it’s one poor man outside in the rain vs. hundreds of impatient travelers inside.

We then checked into our hotel at Hotel Les Ambassadeurs and had a mixed grill dinner before heading to bed. 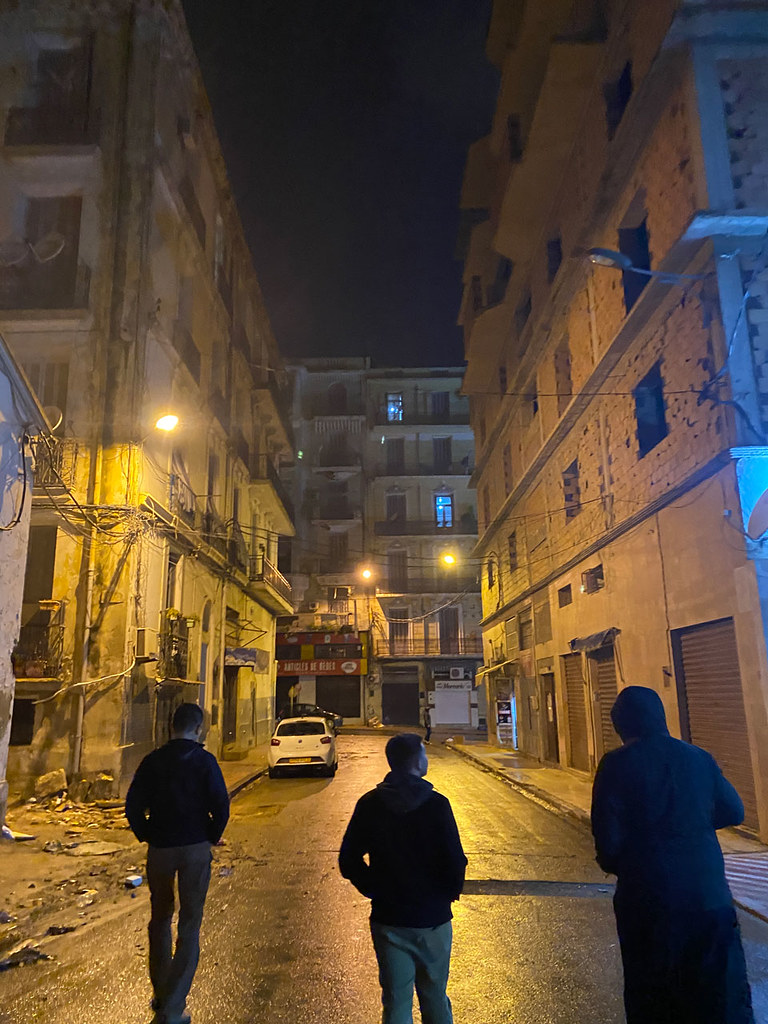 I loved what I woke up to this morning. 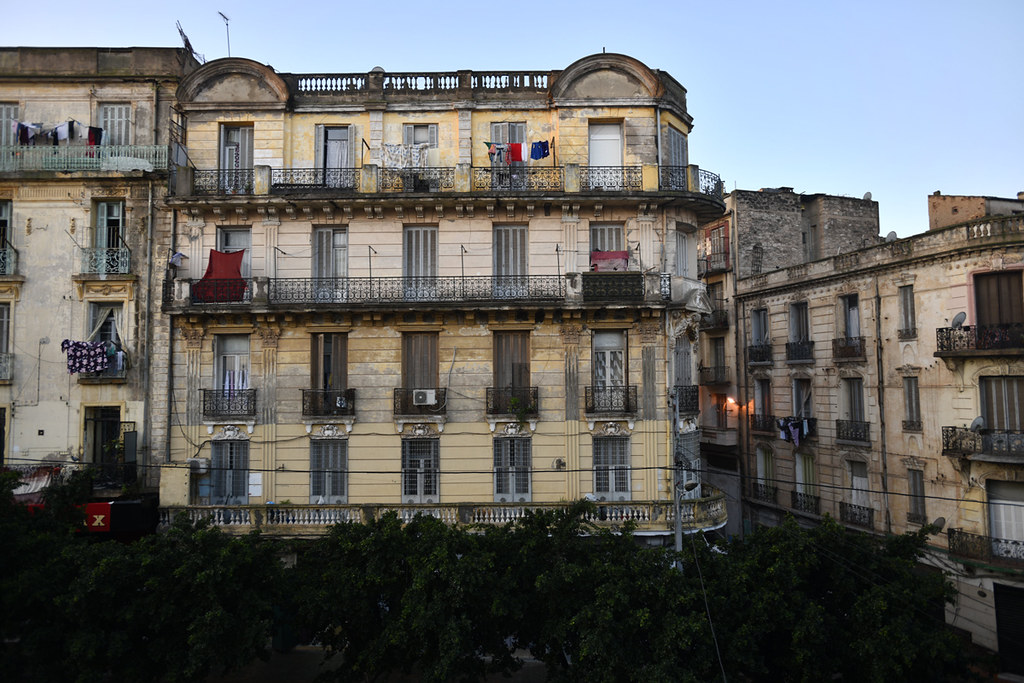 After a relaxed breakfast at our hotel, we left our big bags behind at the front desk and set off at 9am for a 2 hour drive to visit Tlemcen, known as the spiritual home of Algeria.

While Spain has Alhambra, here in Tlemcen Algeria has El Mechouar Palace. 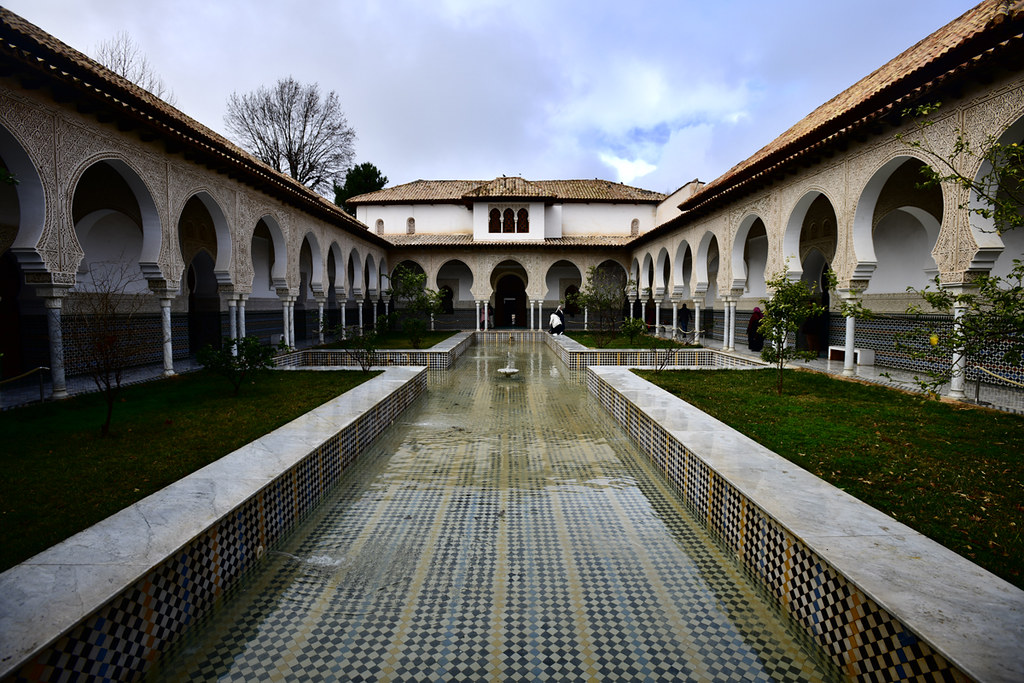 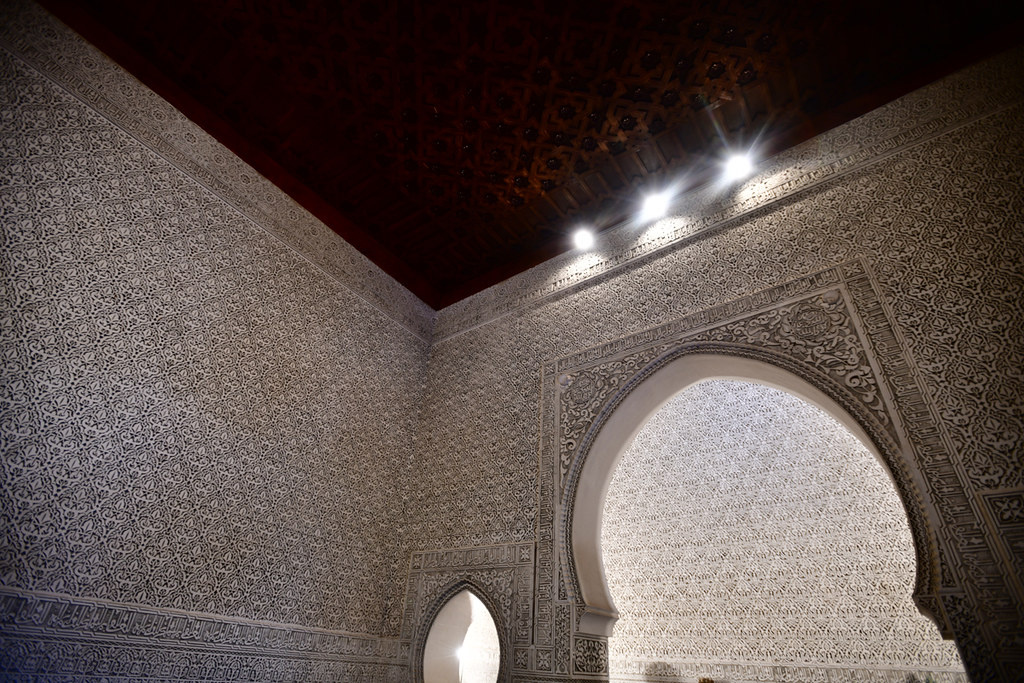 Built 10 years after Alhambra in 1248 to serve as the official residence for the Ziyanid sultans the El Mechoura complex is a perfect representation of Moorish and Andalusian art. 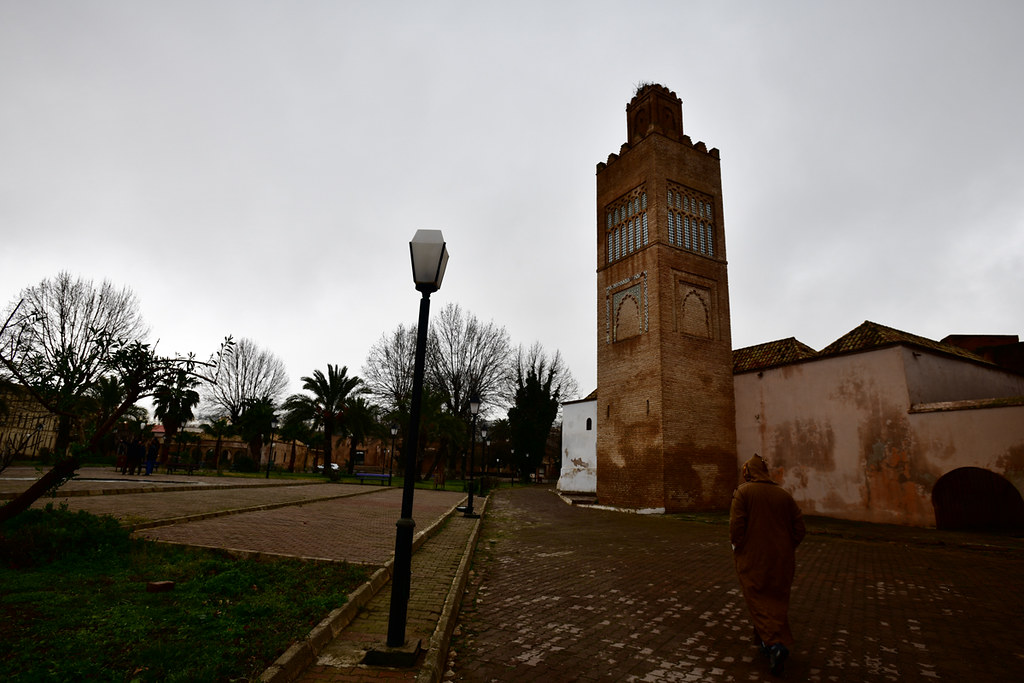 I instantly dug the vibes here. 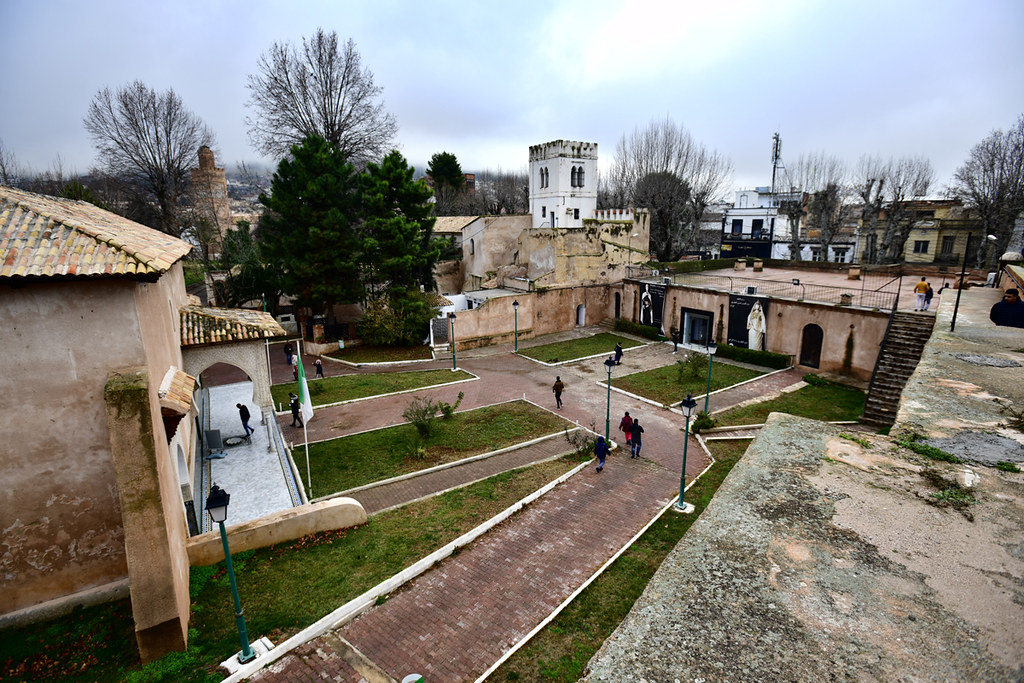 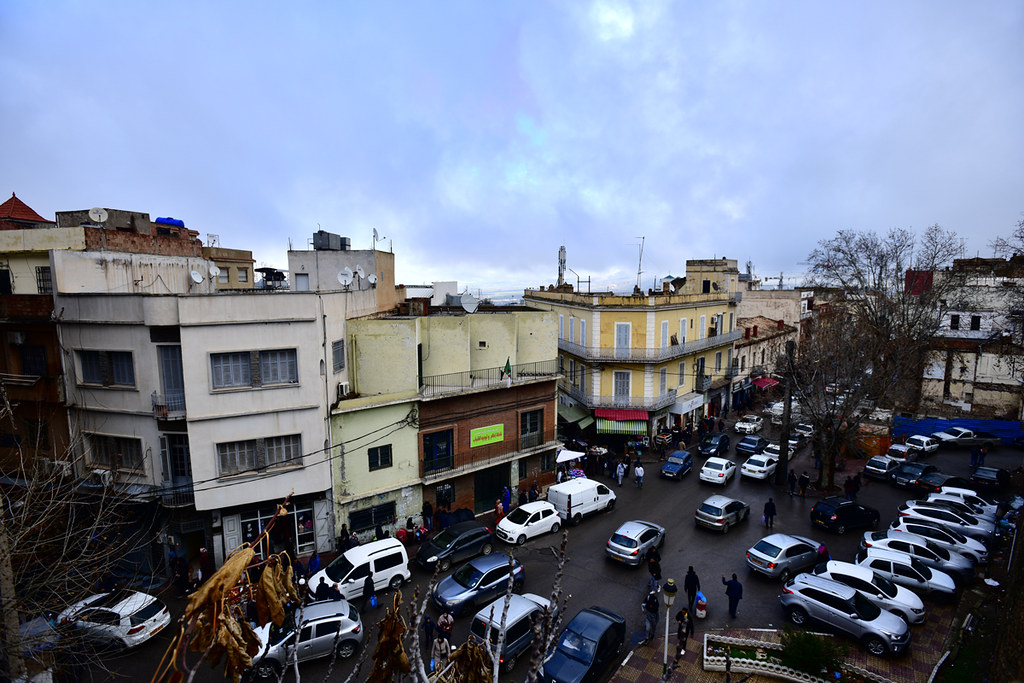 Leaving the complex we had a quick lunch in the area before meandering in the atmospheric main square, where I felt like at any minute people were about to break out into a Broadway musical number. 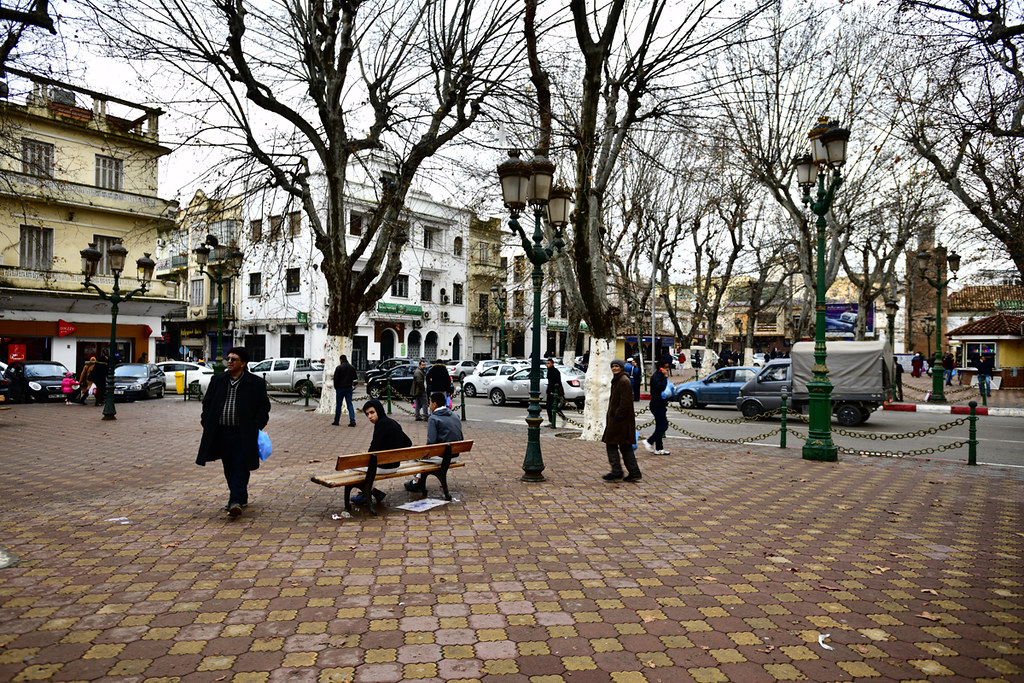 After a quick museum stop at a former mosque in the main square . . . 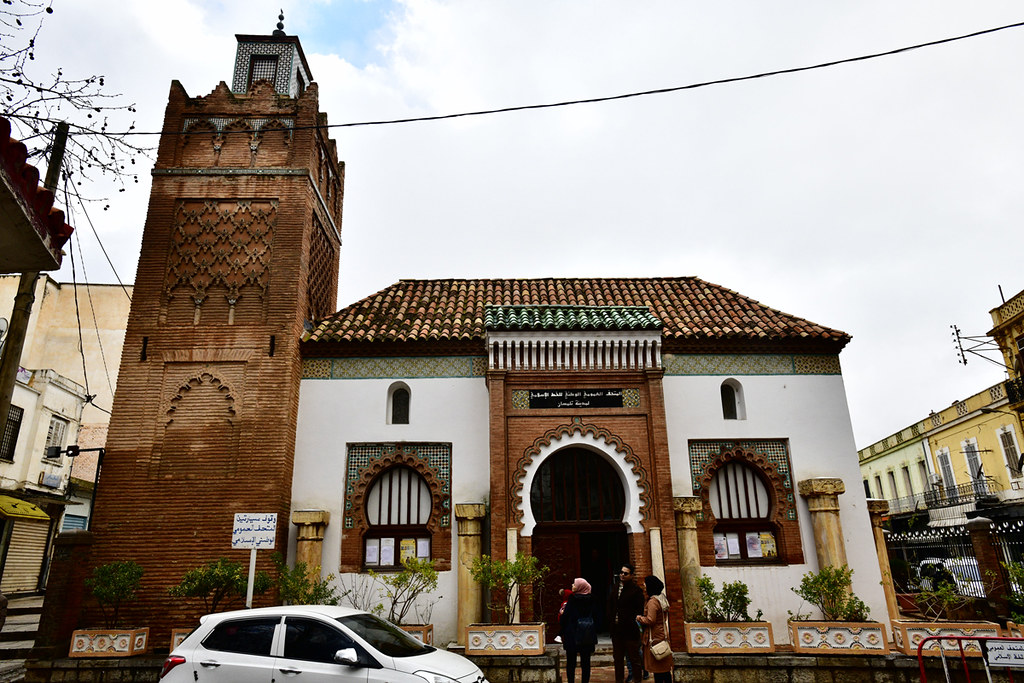 . . . we then drove up to the still active Sidi Boumediene Mosque, aka the Worshipper’s Mosque where meditative Sufi chants were being recited in the background when we visited. 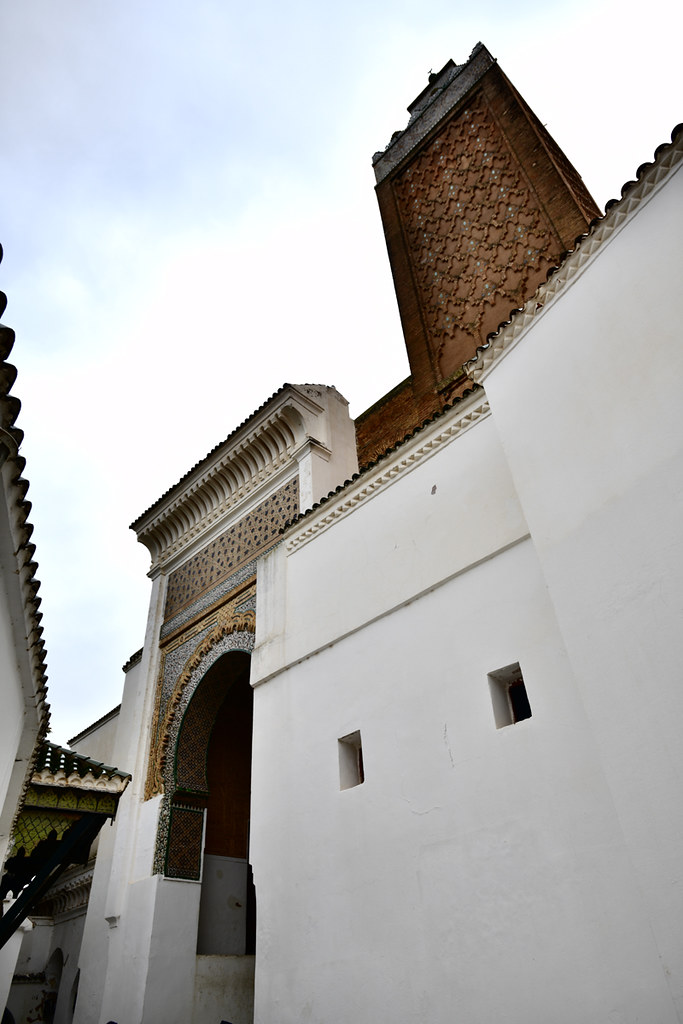 The complex here contains several religious buildings, including a mosque, a mausoleum, a hamam, and a madrasa where Ibn Khaldun once taught. 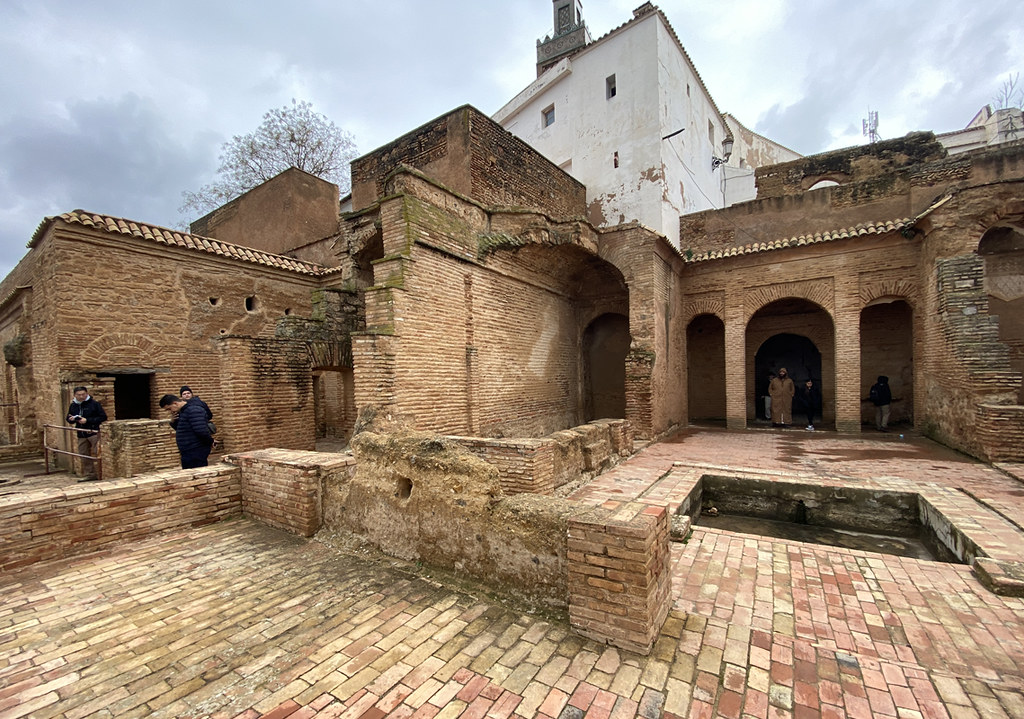 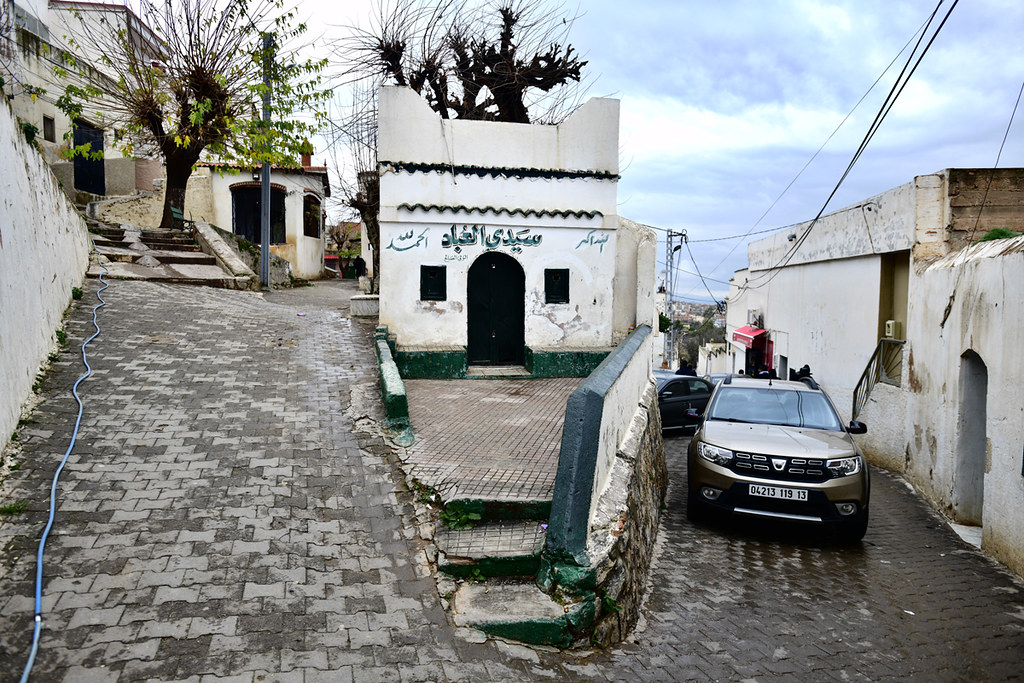 We then drove 10km southeast of Tlemcen to Les Grottes de Beni Add, an impressive network of caves 700m underground. 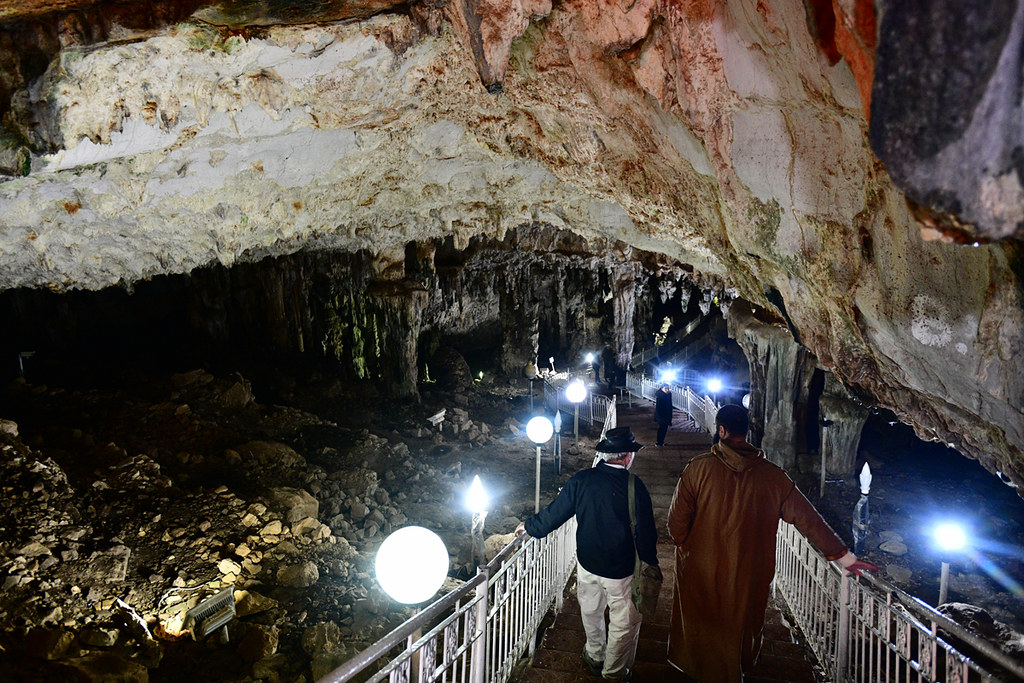 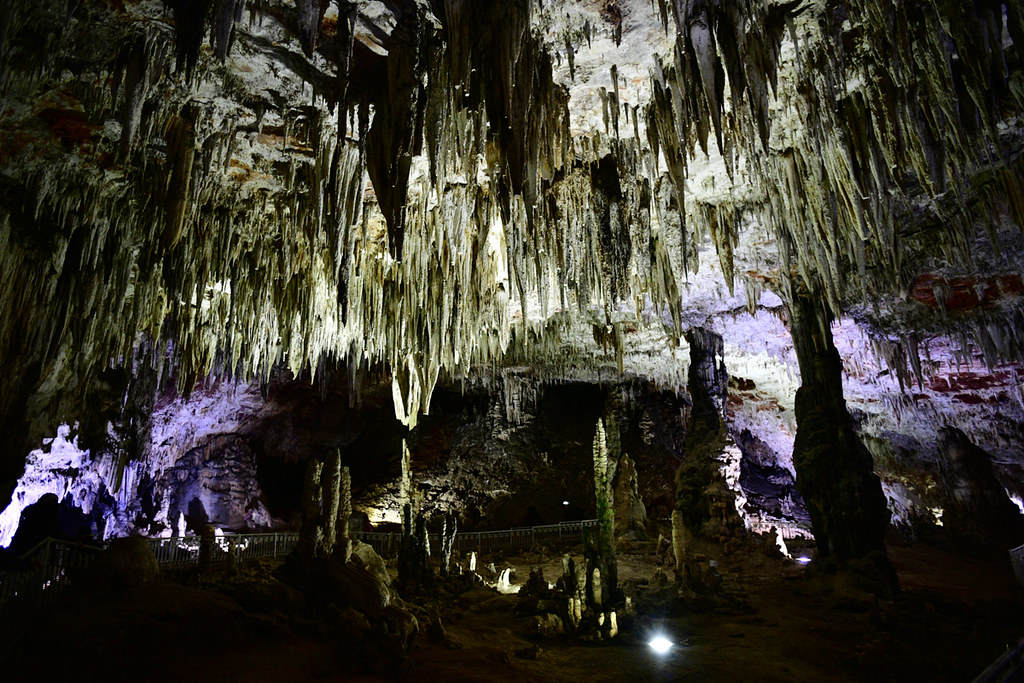 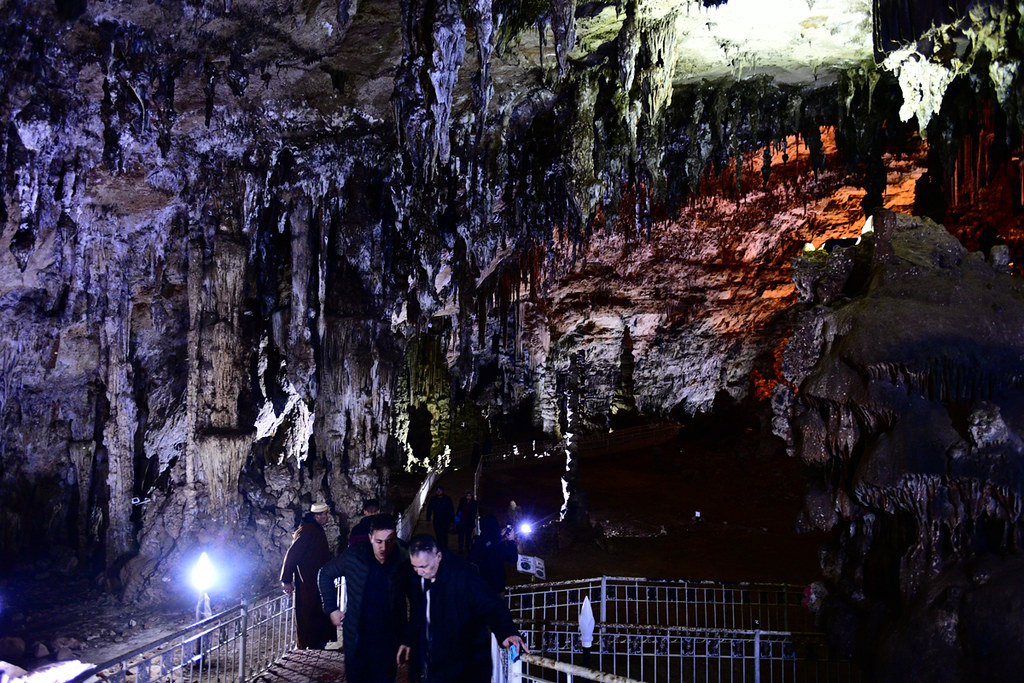 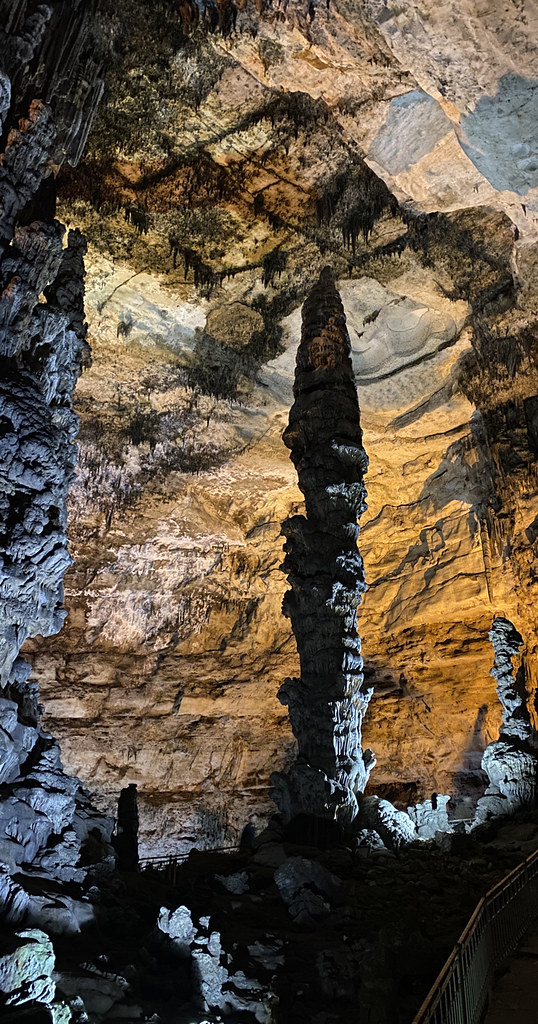 The cave once extended all the way to Morocco, before French colonists purposefully caused a cave-in to deter smugglers from transporting weapons and other contraband between the two countries. 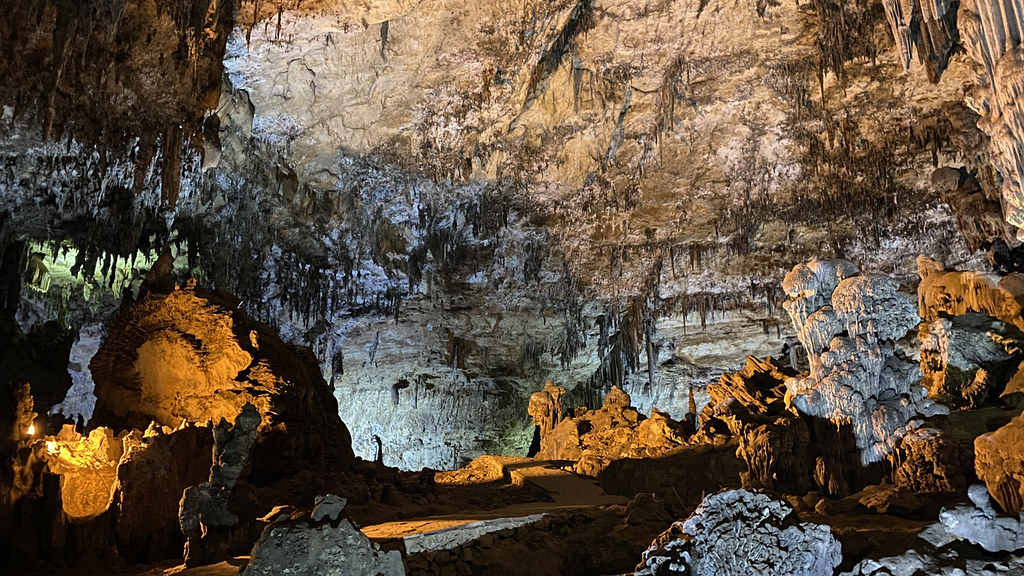 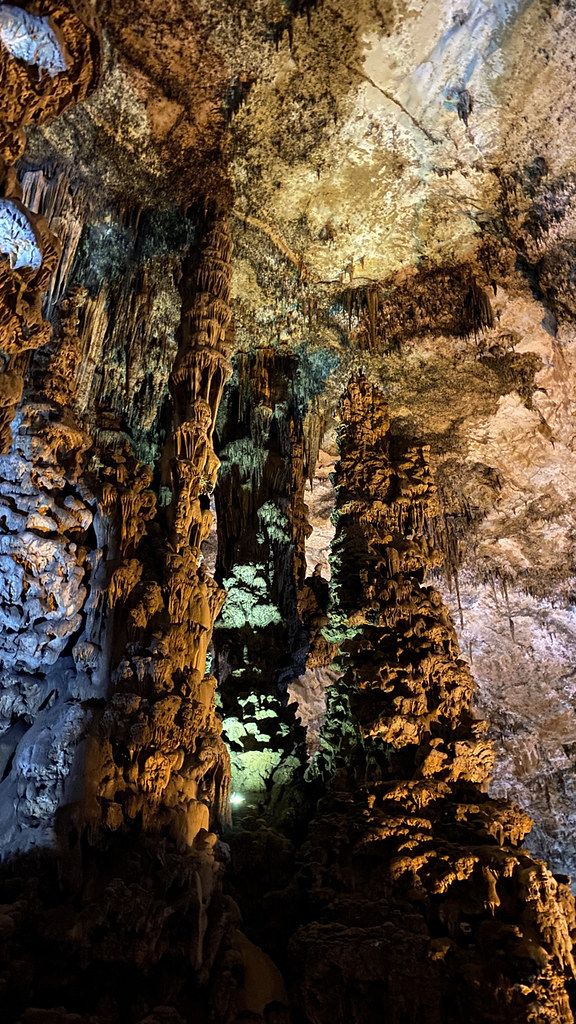 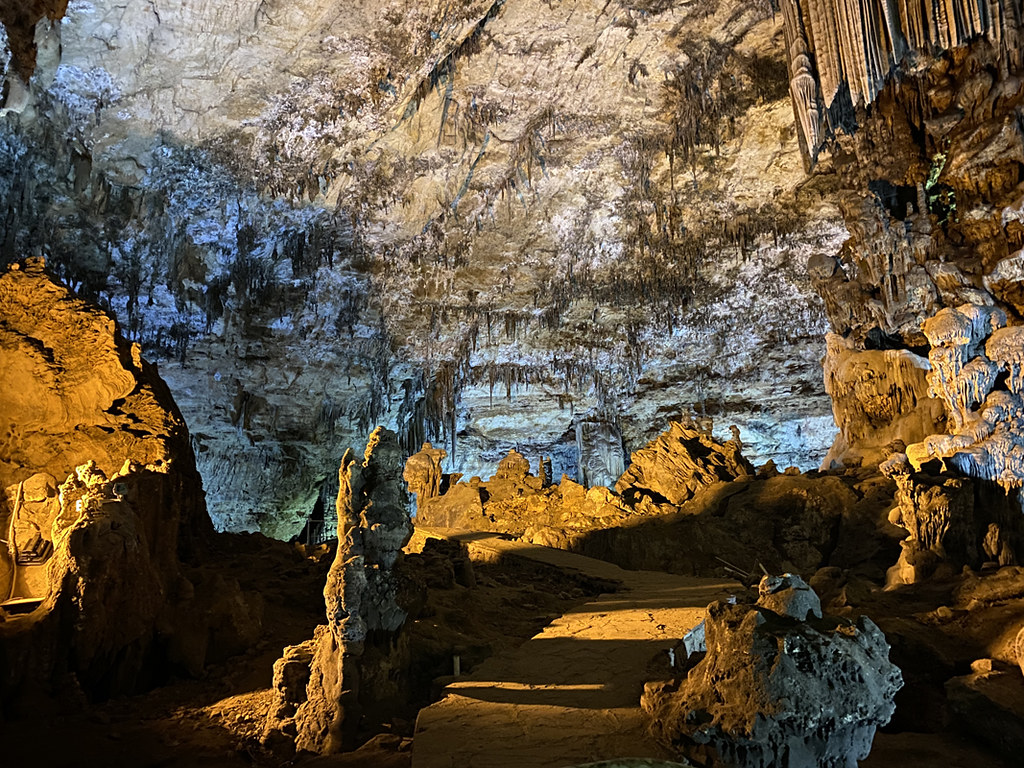 It took about a 20 minute walk to reach the actual point where they made the demolition: 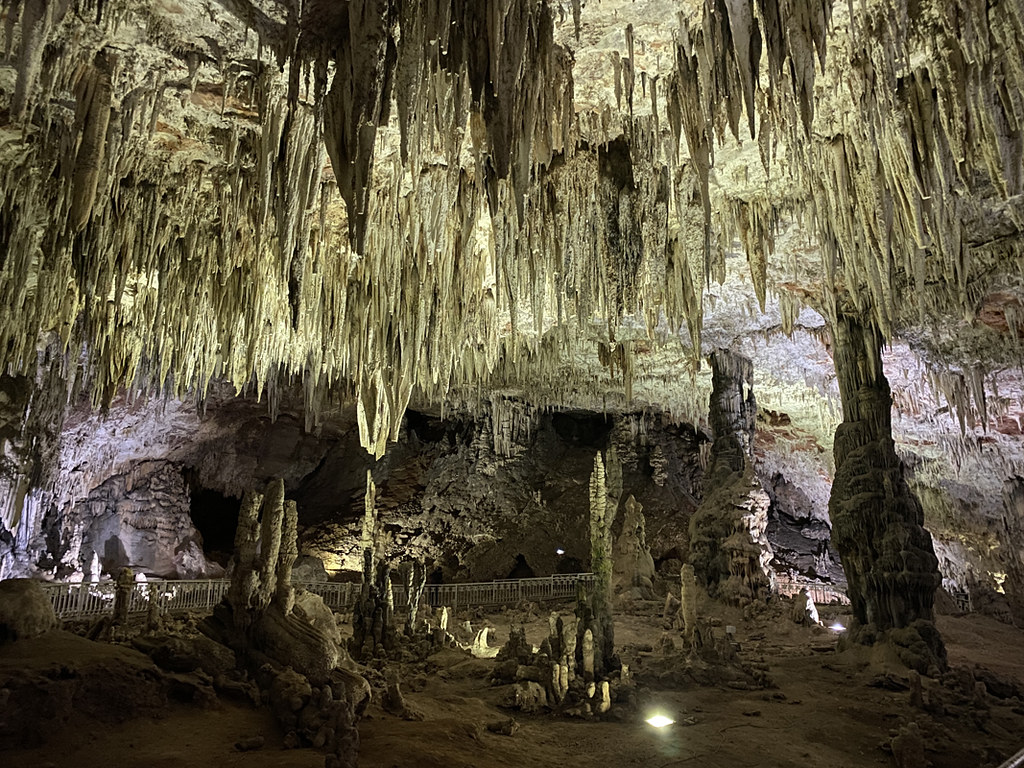 We then turned back around and drove to Gare Du Grand Bassin station, where we took a 10 minute gondola ride up 2 stops to the Lalla Setti plateau: 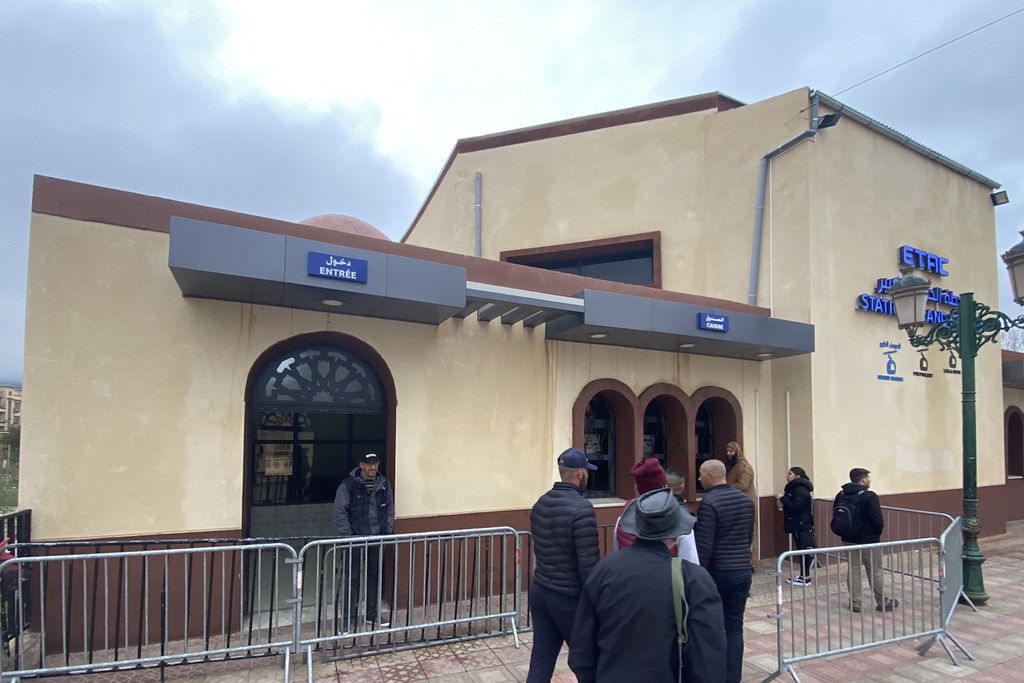 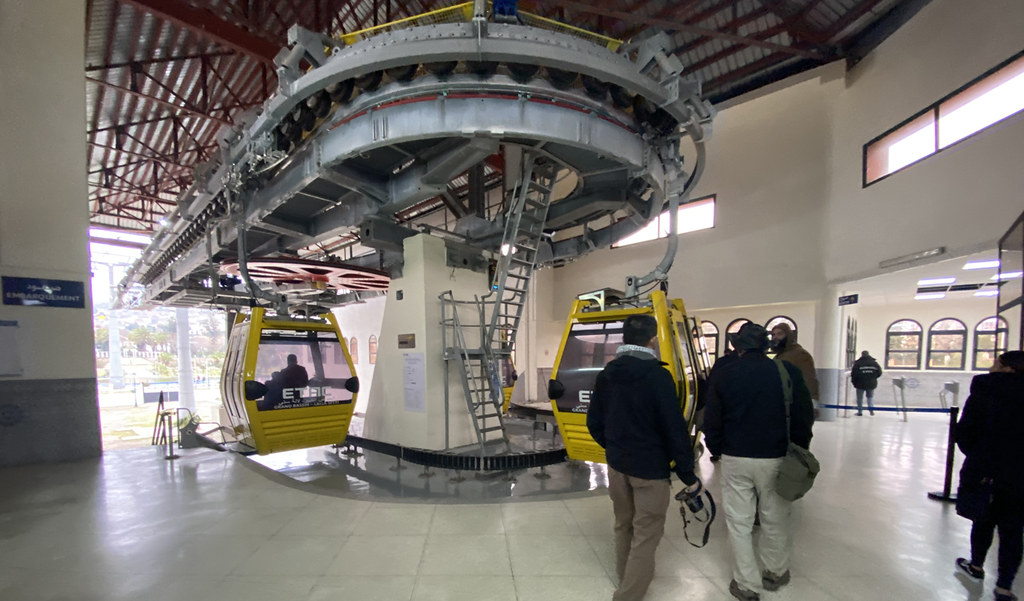 The fog added much to the atmosphere but little for the view:

We then headed back down to finish our day with a visit to the ruins of Mansourah: 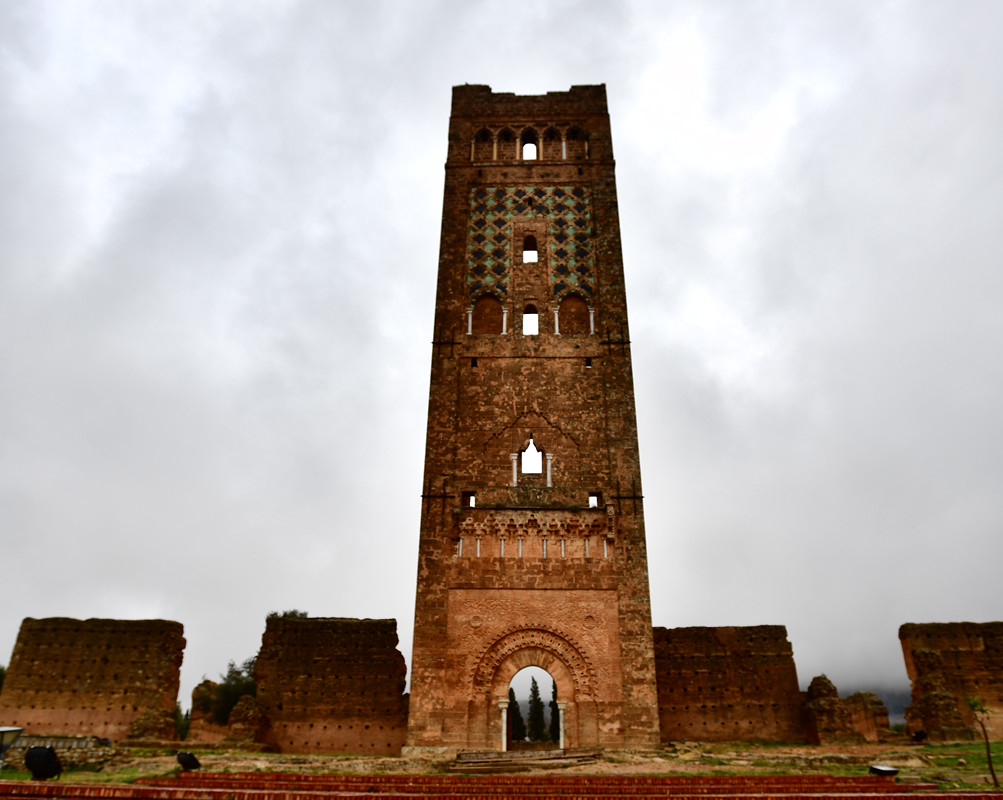 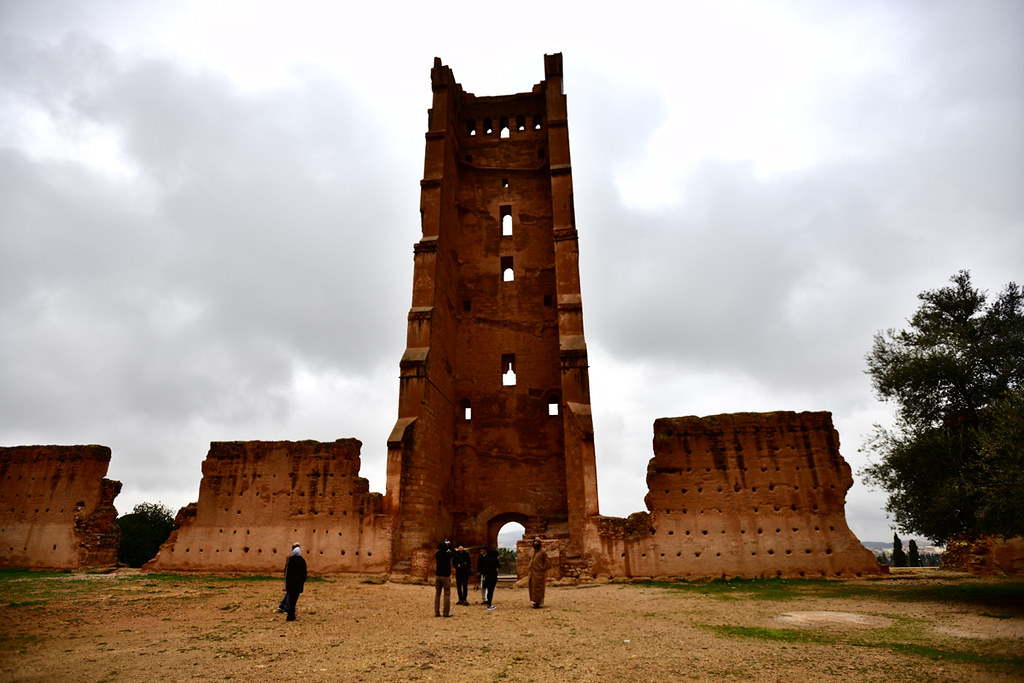 Now it’s off to dinner after which we can turn in early for our drive back to Oran and our last official day in Algeria!