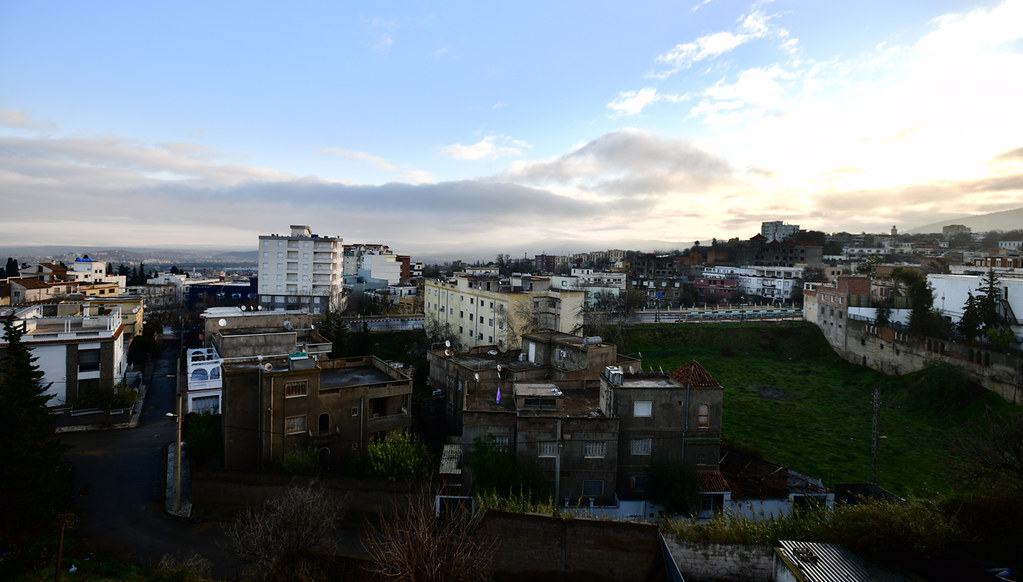 This morning we hopped on a 3 hour morning drive back to Oran, where we dropped off our bags at the hotel and began our tour of the city with the Fort of Santa Cruz: 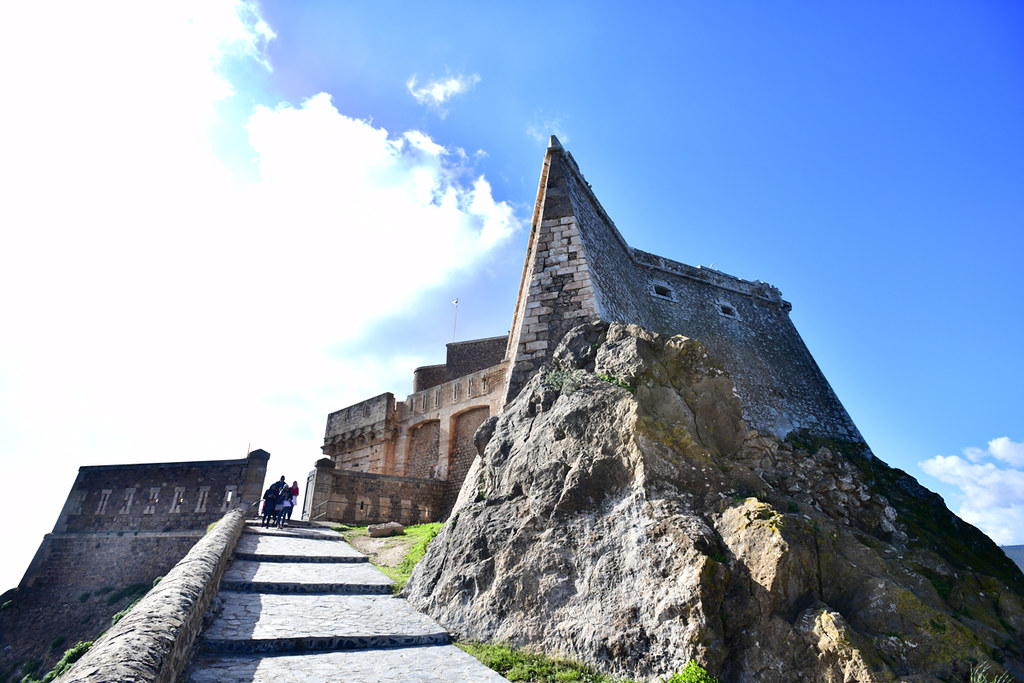 The fort has changed hands as often as Algeria as changed dynasties: Built by the Ottoman, taken by the Spaniards, then the French and finally reclaimed by the Algerians, this fort has become a testament to the history of Algeria. 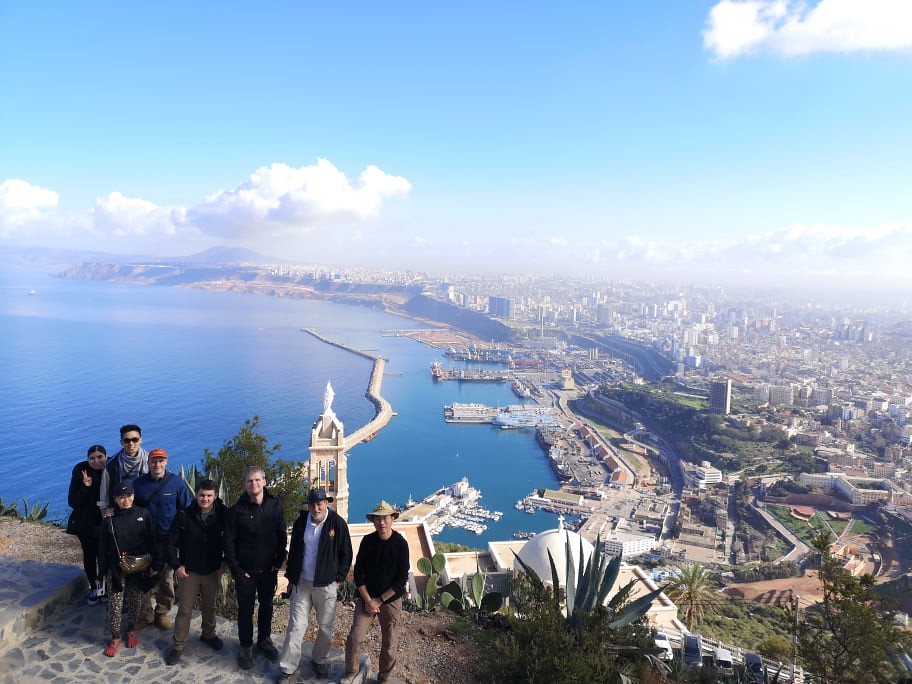 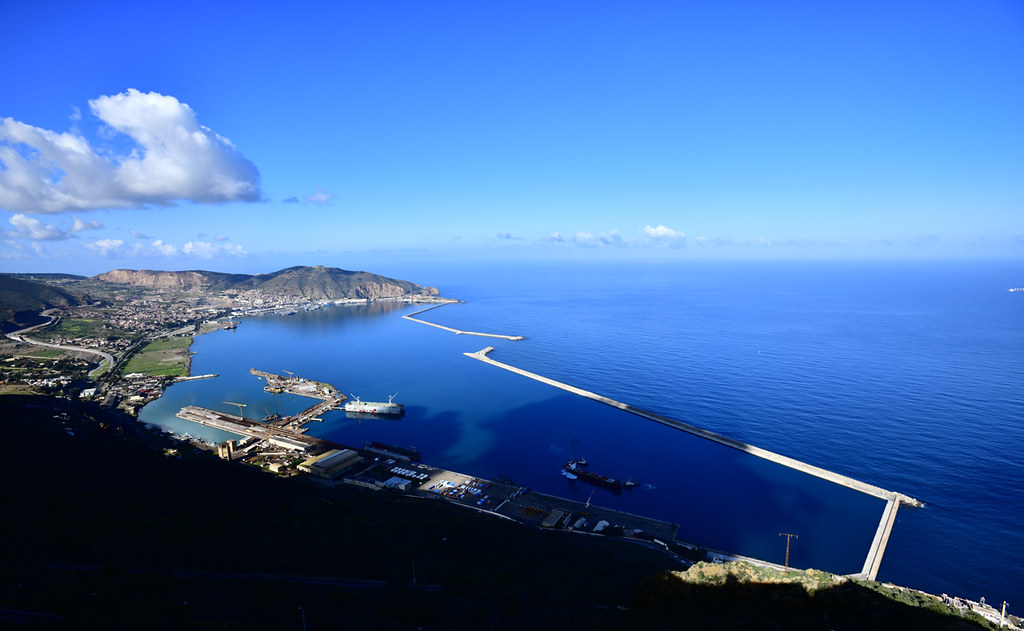 But we really came here for its splendid views of Oran.

Afterwards, we returned to the city for lunch and said goodbye to our driver. 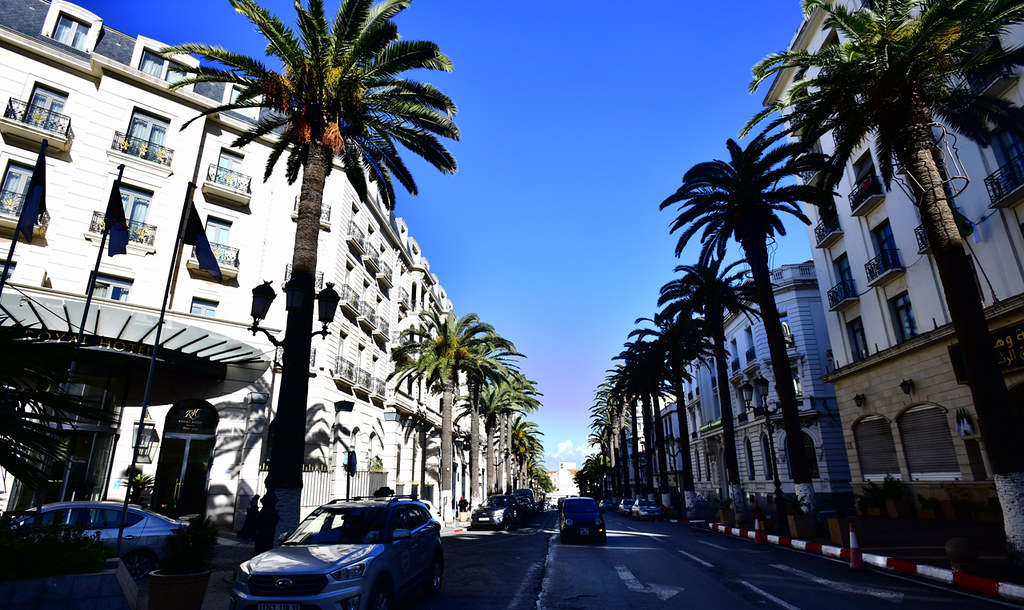 If you suggested I was actually in Nice, France, I would’ve believed you. 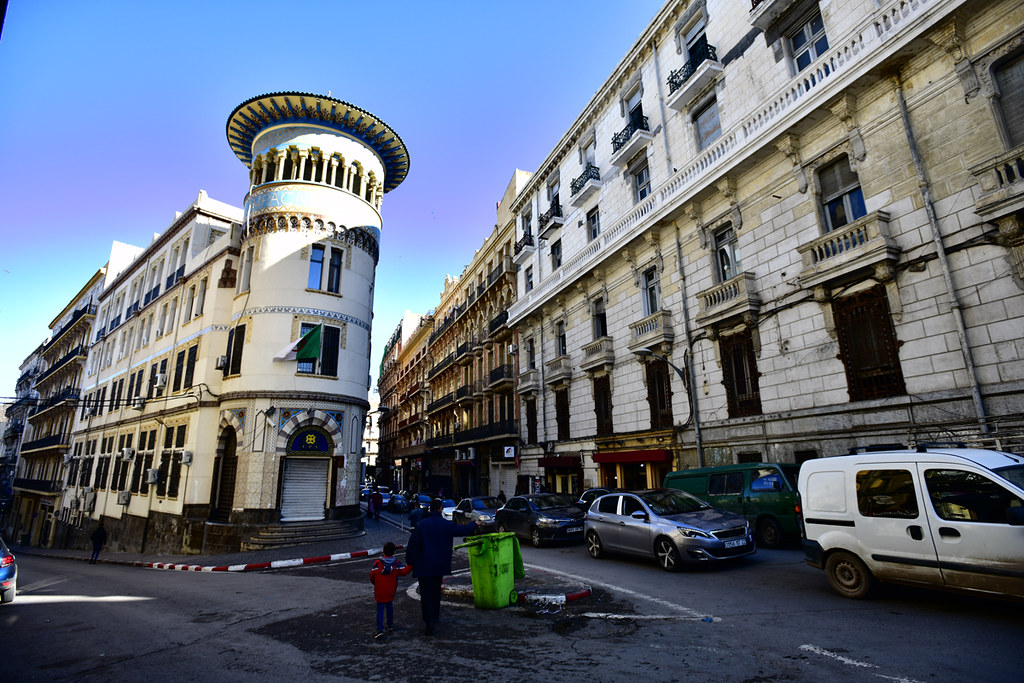 After lunch we then strolled over to the Palace of Bay Mohamed. 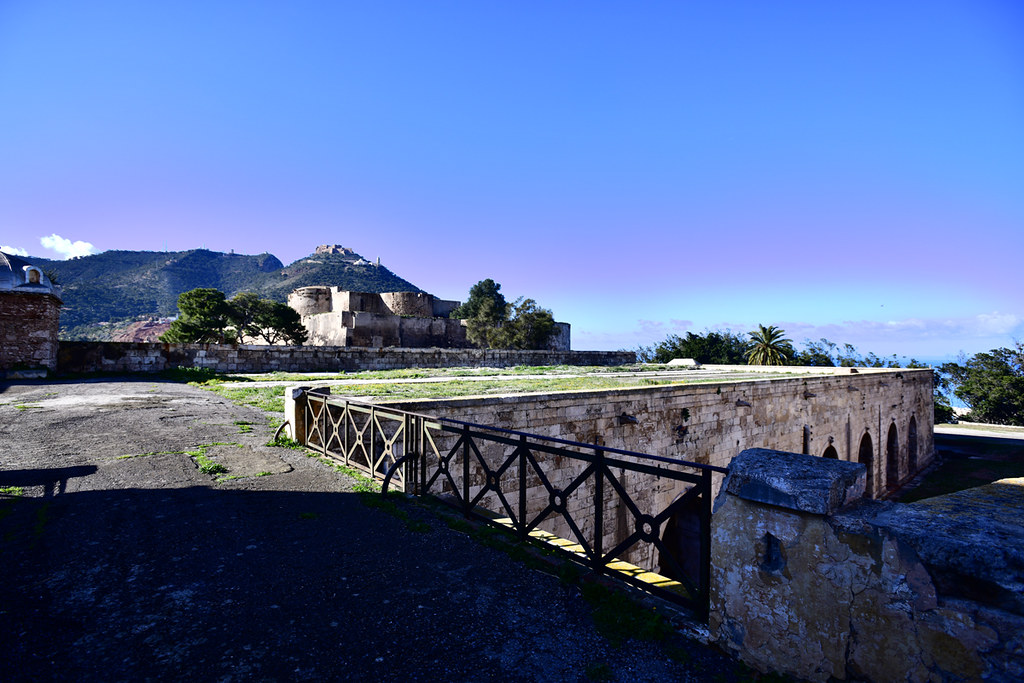 One of the most exquisite building of Oran, this palace was built to honour Mohamed El-Khebir, who wrestled Oran away from the Spaniards.

By doing so, Mohamed became an important figure of the resistance against Spain in Algeria. 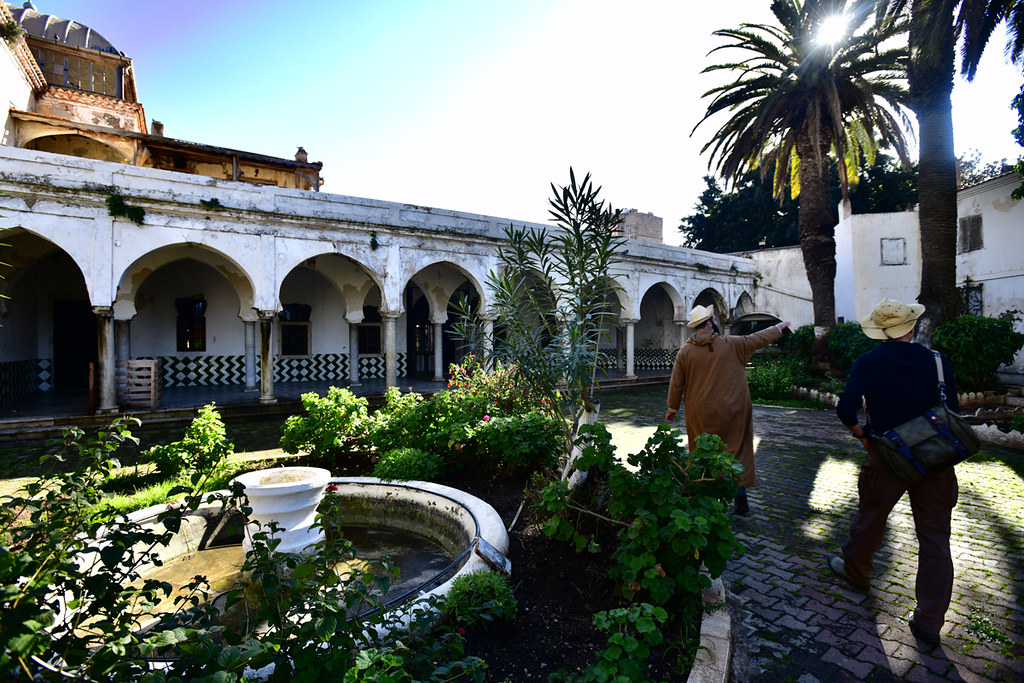 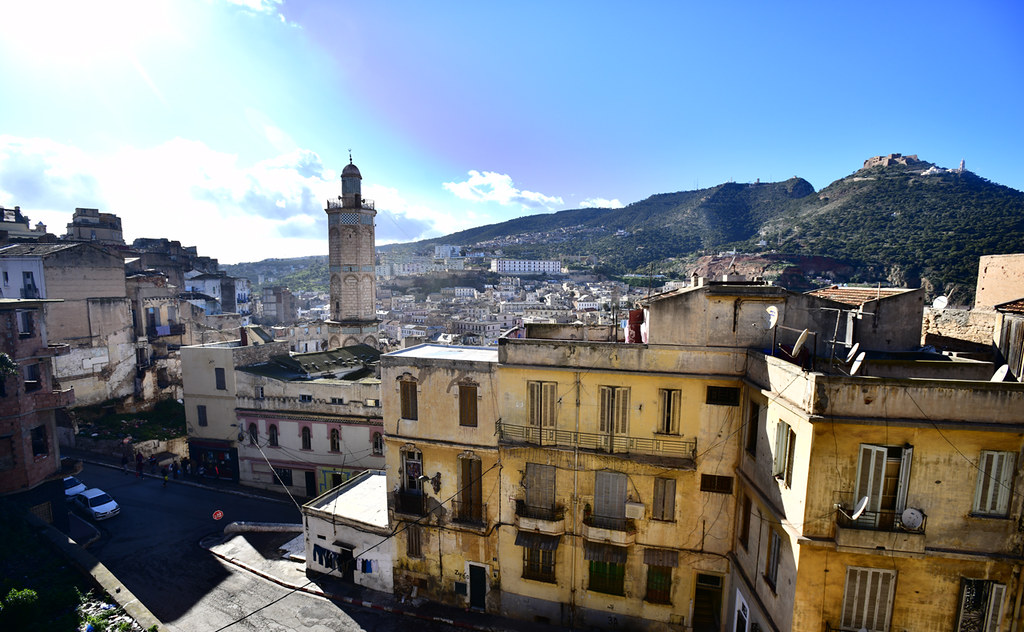 After 10-20 minutes at a very empty but atmospheric palace, we walked towards the city center for a brief visit to the city museum: 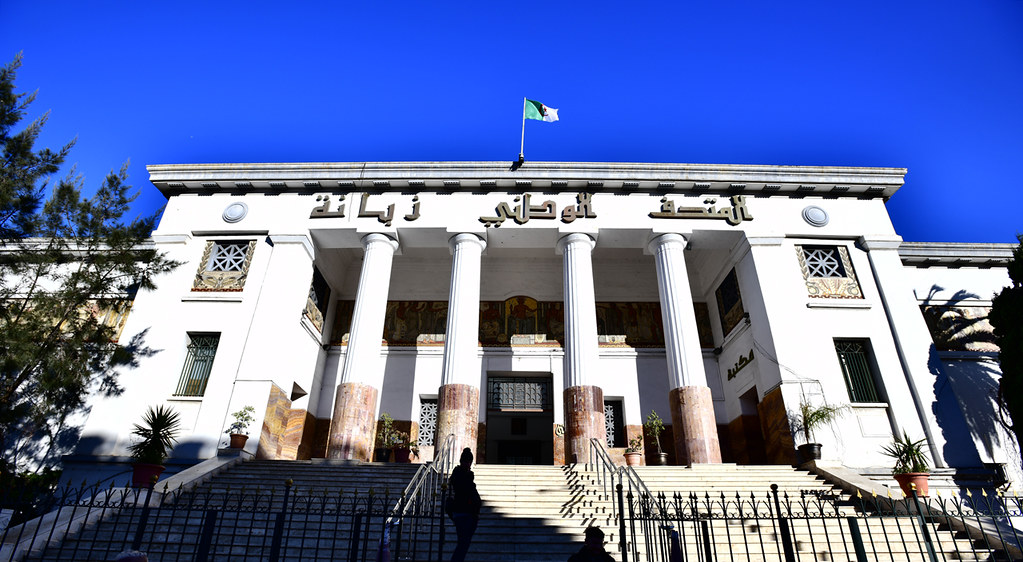 If you search hard enough, you might find a curiously interesting “reproduction” of a prehistorical painting. Hmm… 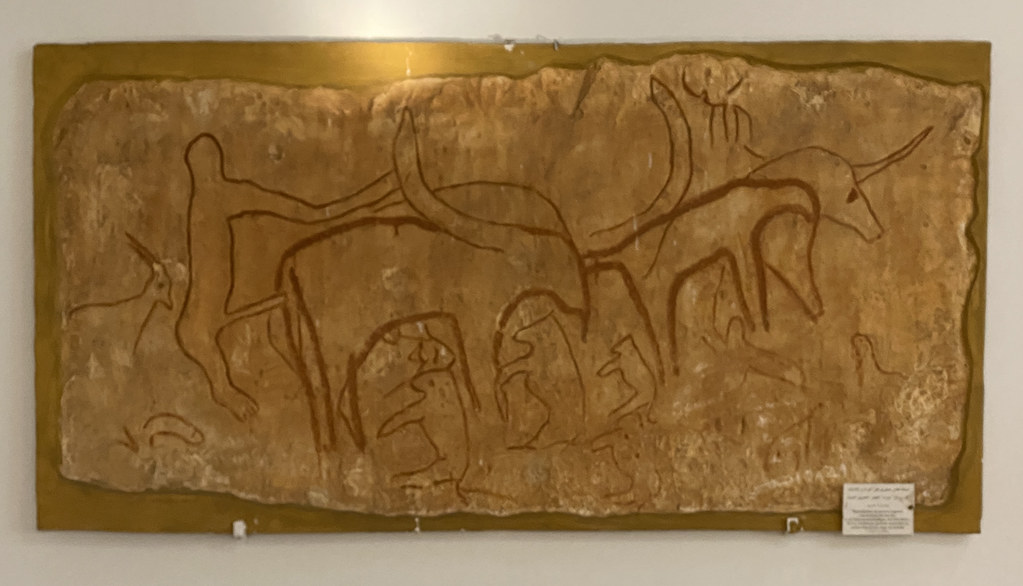 After 20 minutes at the museum, we walked to the centrally located Place d’Armes. From here as your base you can easily see the following masterpieces of architecture by foot —

The Theater of Oran. 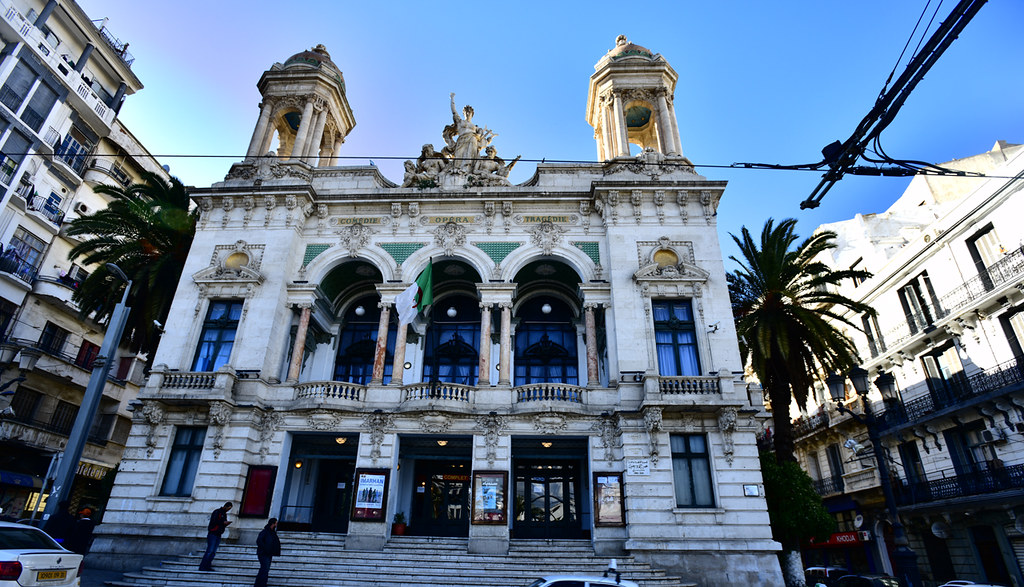 The Palace of Justice: 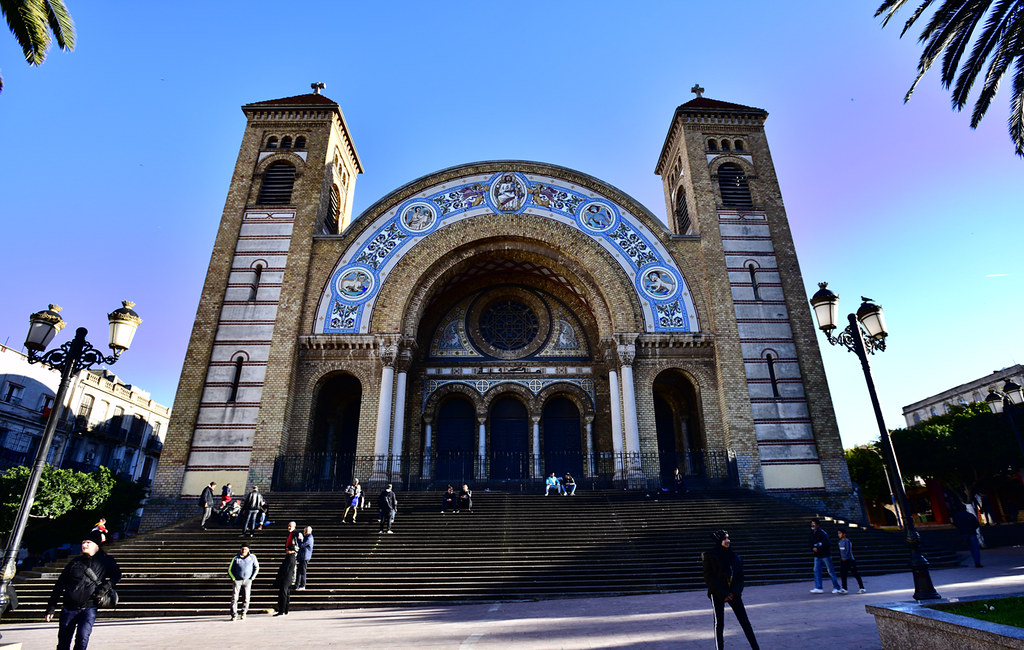 And the Grande Poste: 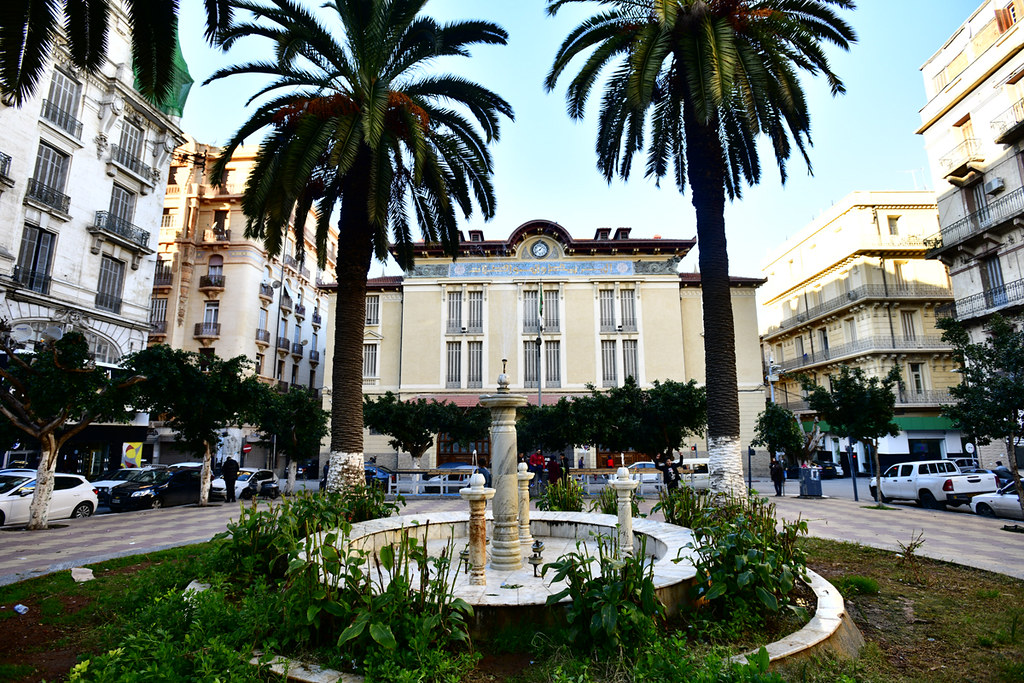 After our walking tour and a coffee break, we then walked through the frenetic street markets: 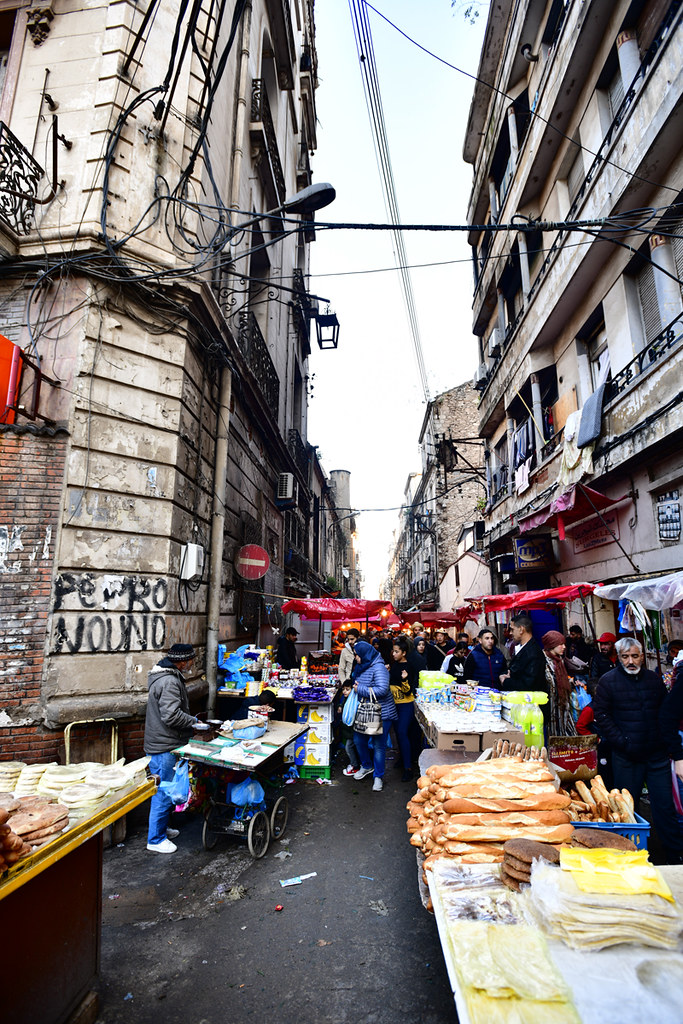 . . .  before turning back in at our hotel for a few hours to freshen up. We’ll then finish with one final dinner together to celebrate the completion of our trip in Algeria!

And not to miss any story time — at the 11th hour just now we convinced one of our travelers in the group, Crystal, to extend her trip past just Algeria and continue with us onwards to Morocco!