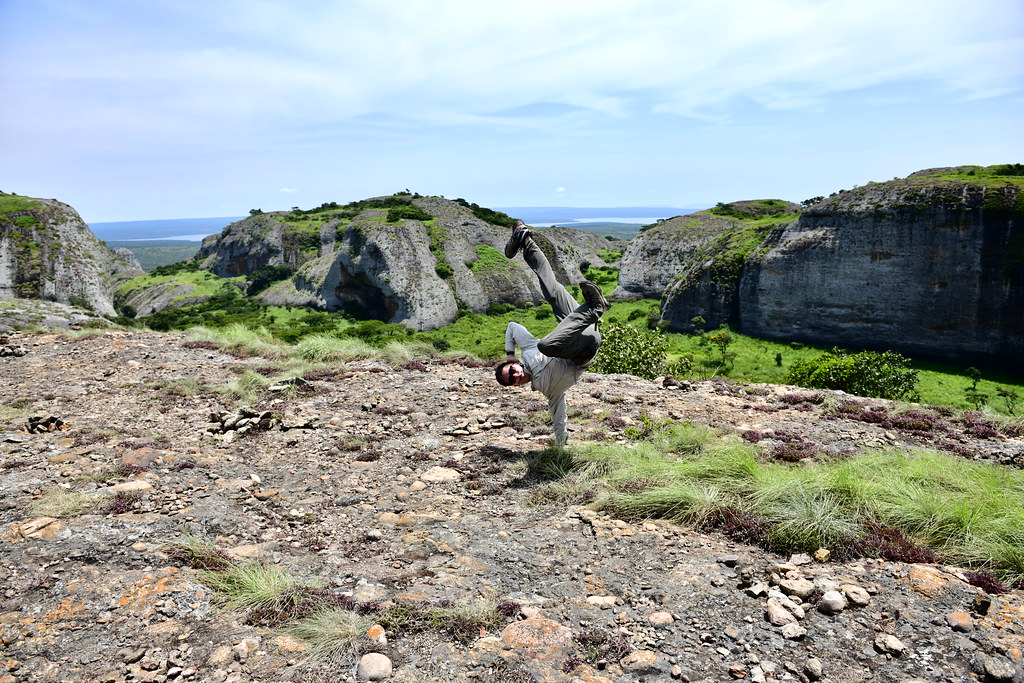 After an overnight stay by Calandula Falls and before beginning our return to the capital, we quickly took a morning dip at the local natural springs by the falls. 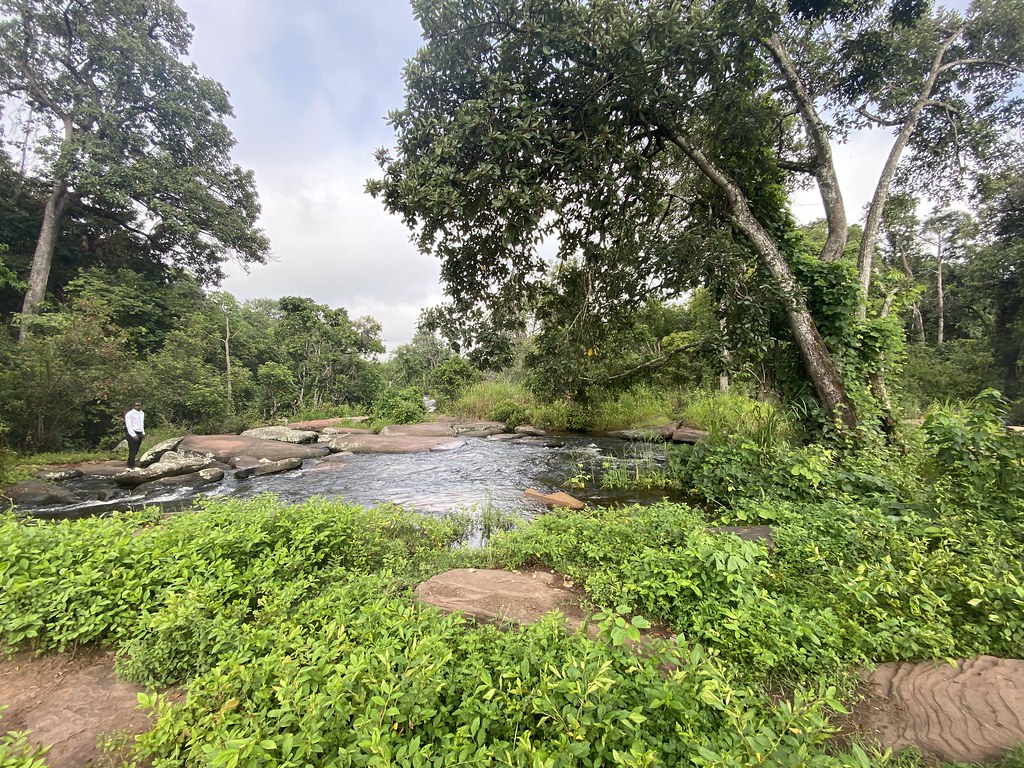 After our dip, we then began our return drive back to the capital of Luanda at 9:30am.

When we reached the city of Cacuso an hour later, we did a little urban exploration of some of the bullet-ridden colonial structures in the city that were used as stations during the civil war. 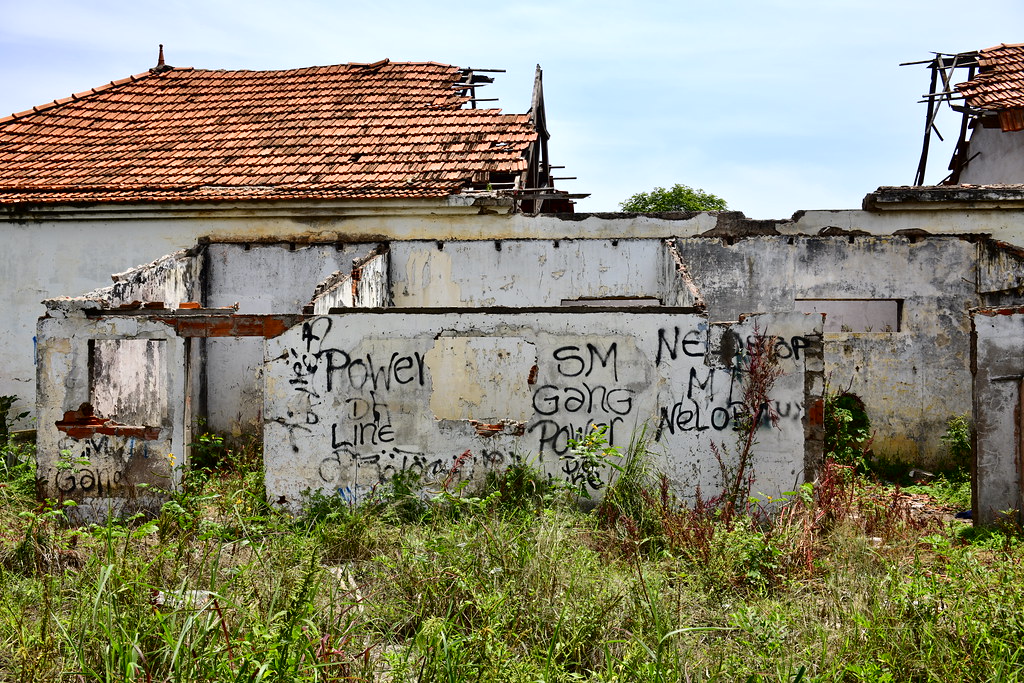 There is an unspoken respectful protocol here where we recommend that you ask for permission before entering any of these buildings, but nobody seemed to care or want to turn us down. 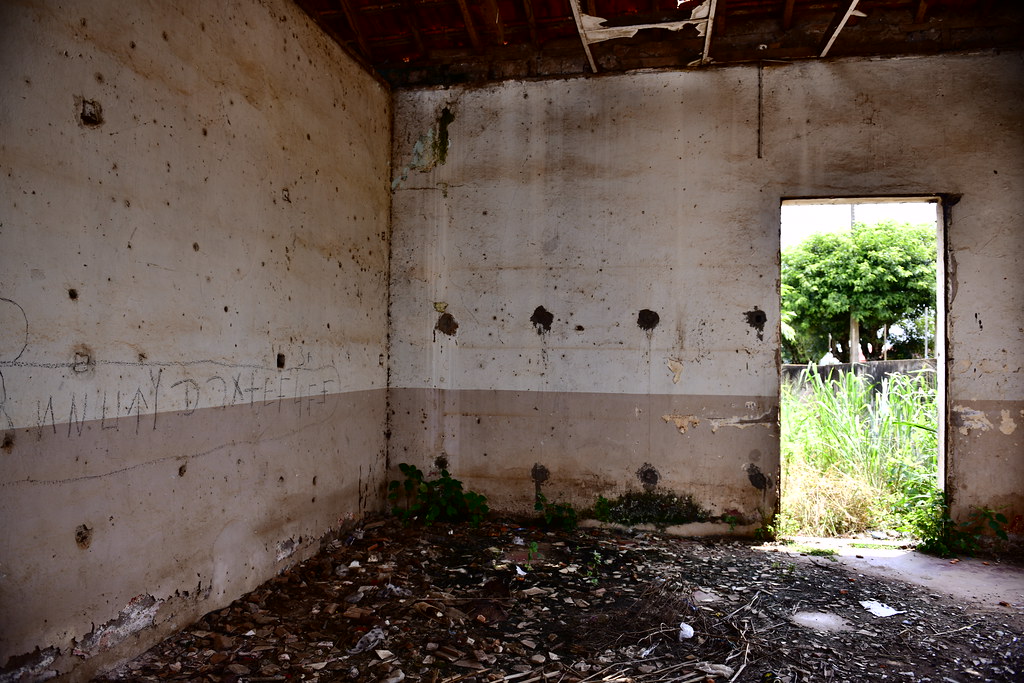 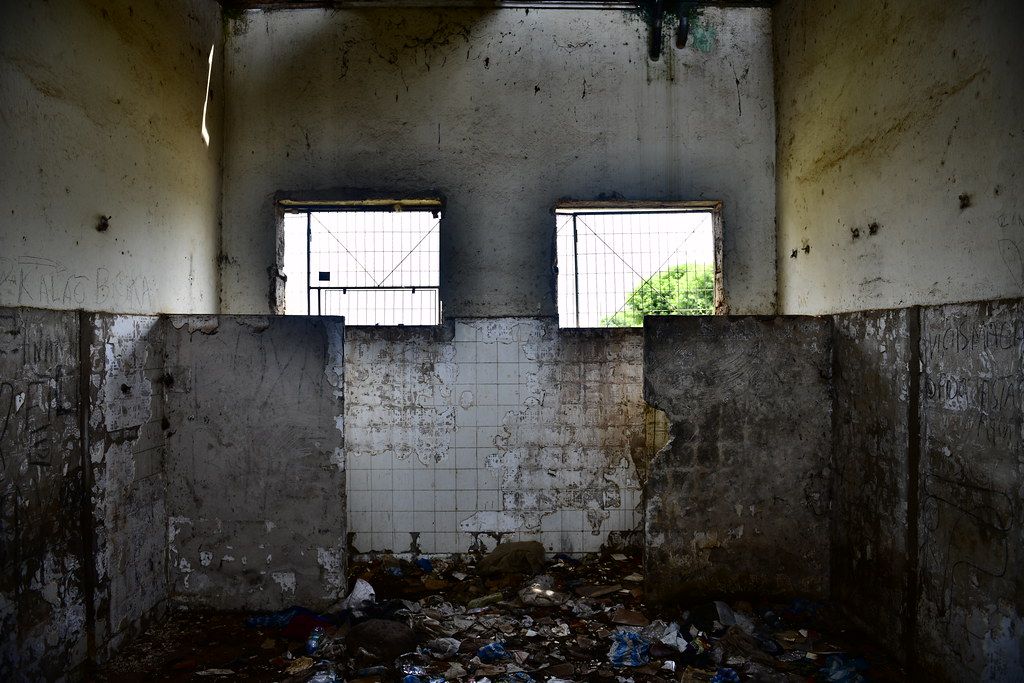 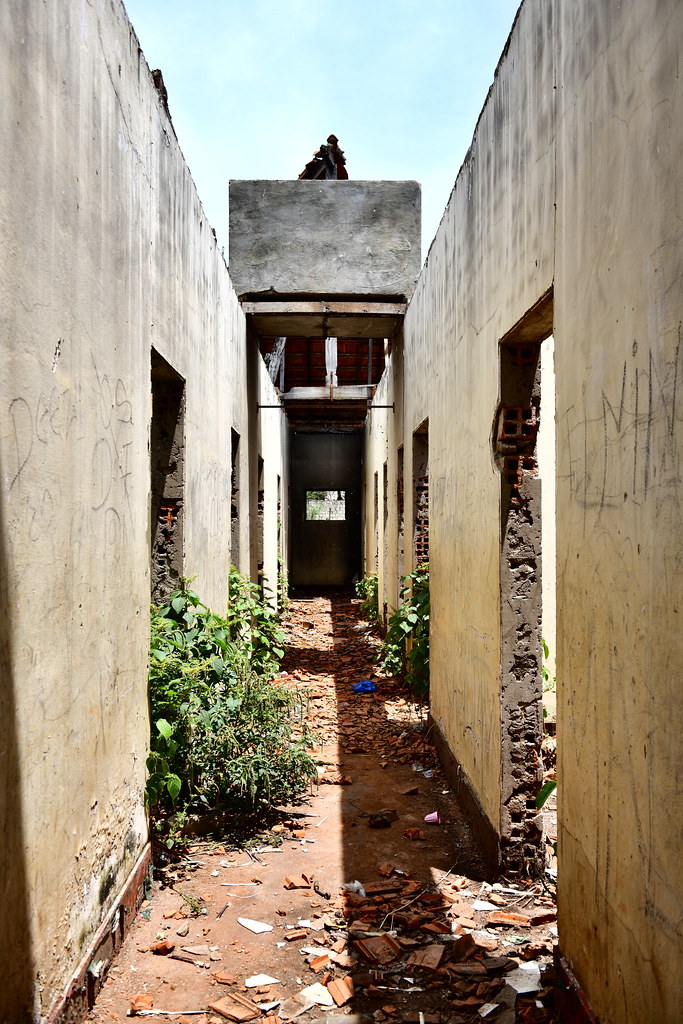 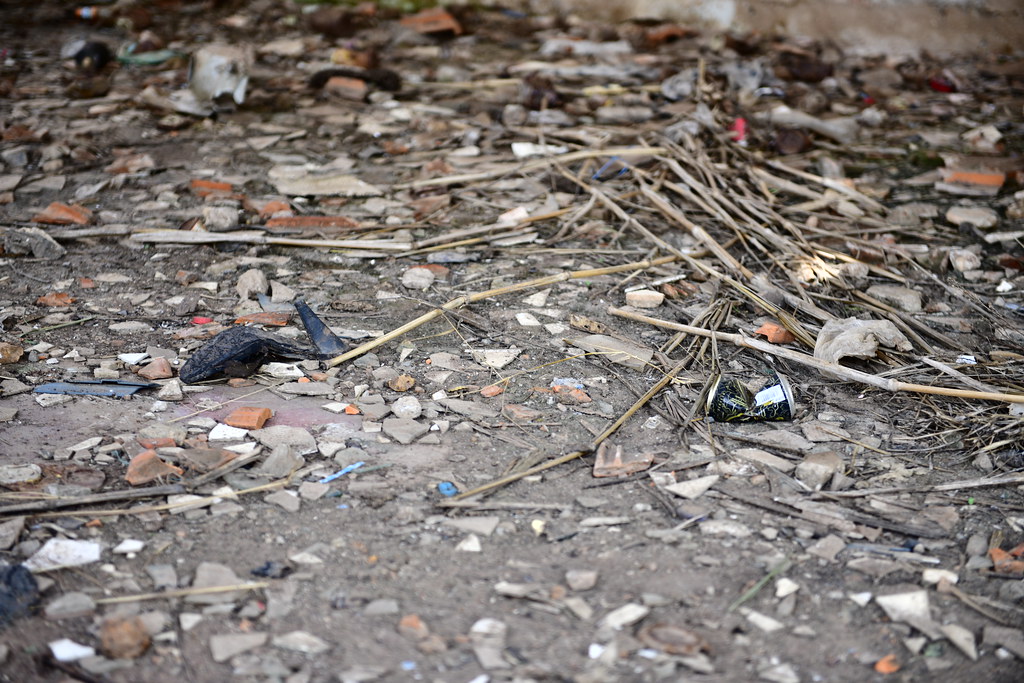 One of the structures has been converted into a makeshift al fresco Brazilin Jiu Jitsu studio: 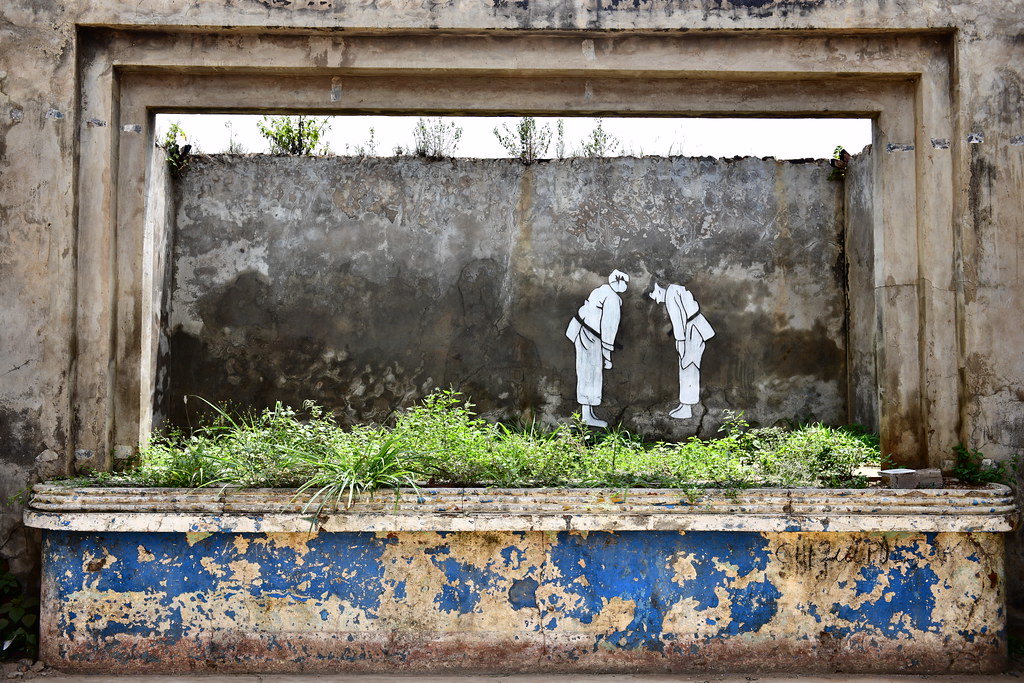 Afterwards we stopped at a regional training initiative and heard more about how the locals live in this remote area of Angola. 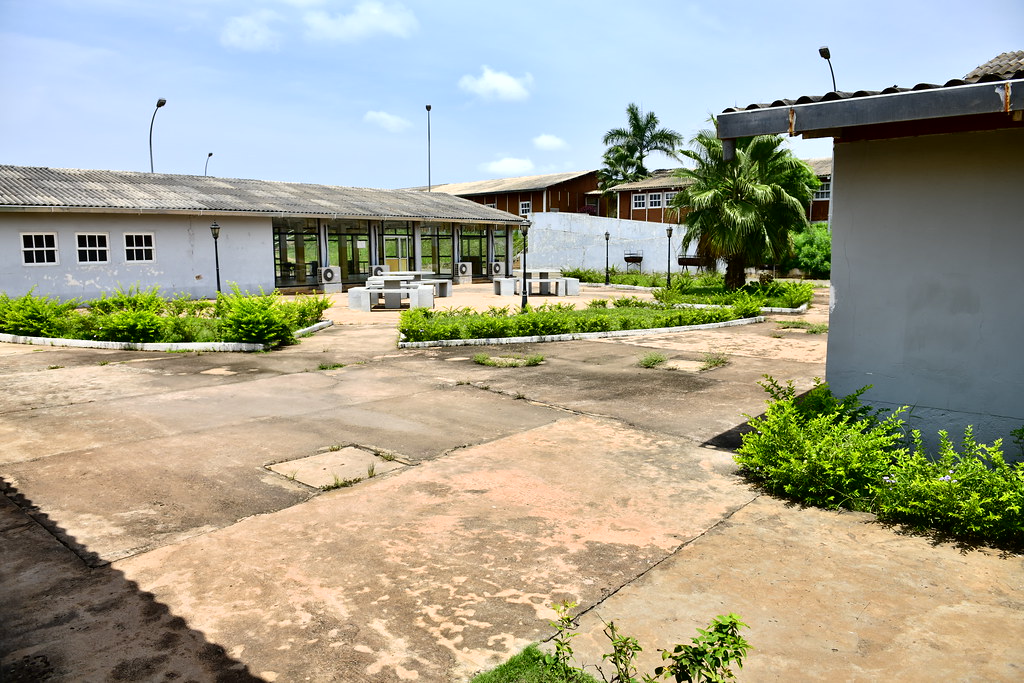 We then drove on a few hours west to the impressive Pedras Negras do Pungo Andongo, a series of mysterious monolith black rock formations spectacularly shaped in the form of animals, standing high above the flat African Savanna.

These black stones were a place of resistance surrounded by mystery and magic against the Portuguese colonizers.

Most can handle an easy hike up a few stairs and trails to the very top of these monoliths, which took us all 10 minutes max to reach. 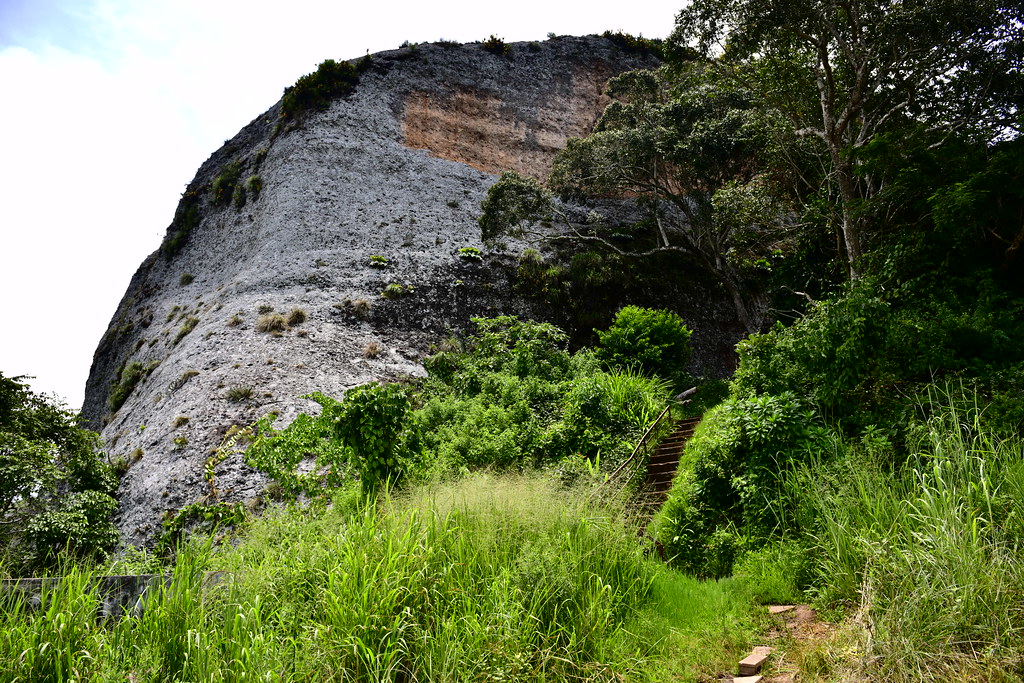 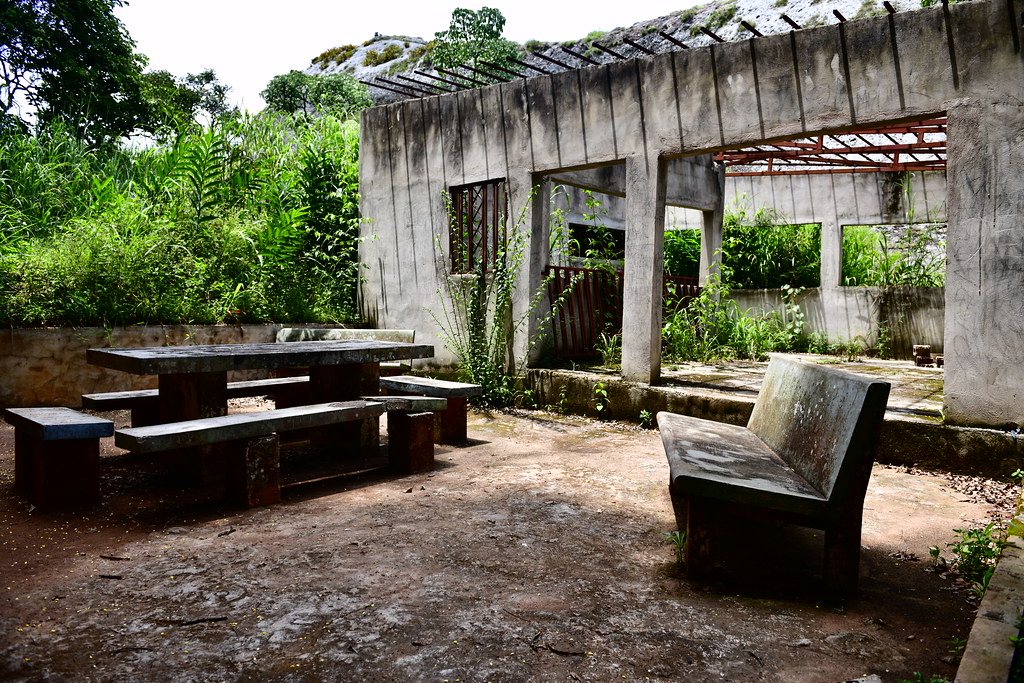 Enjoy the views from the top: 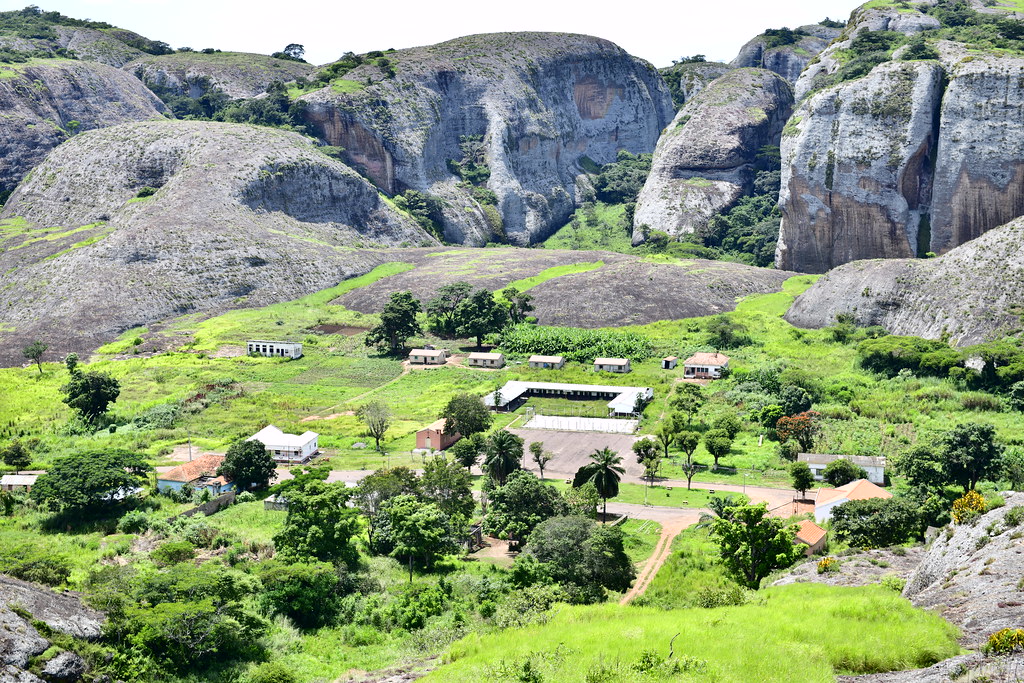 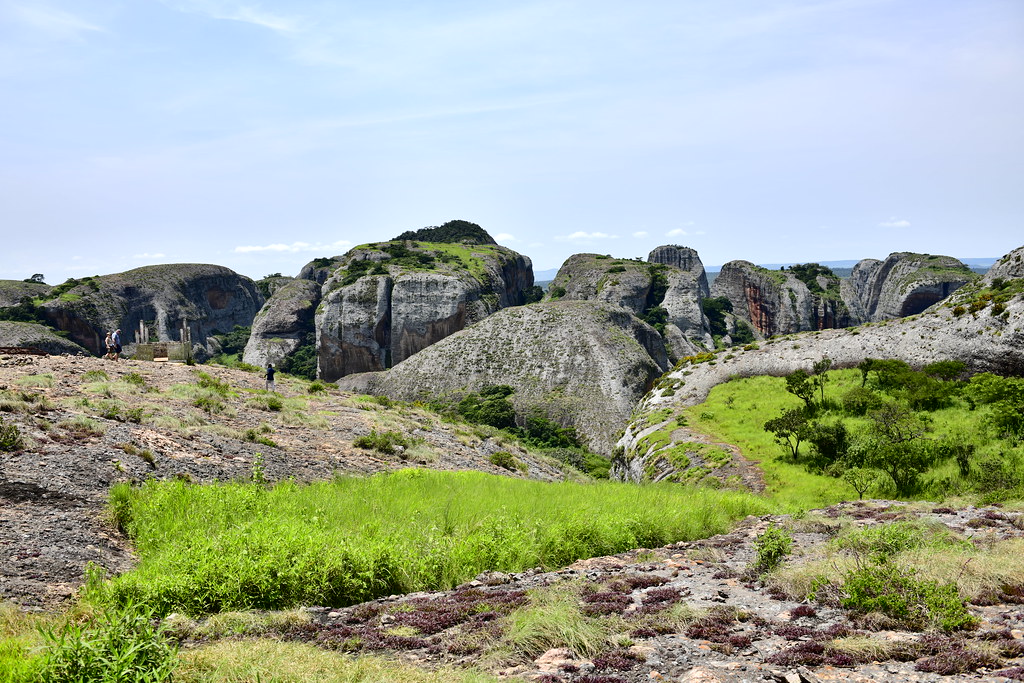 If you’re feeling really thorough, another 10 minutes’ drive can lead you to the sacred footprints of Queen Ana de Sousa Nzinga Mbande, which proves to the locals here that the Angolan queen Nzinga of Ndongo and Matamba was one of them. 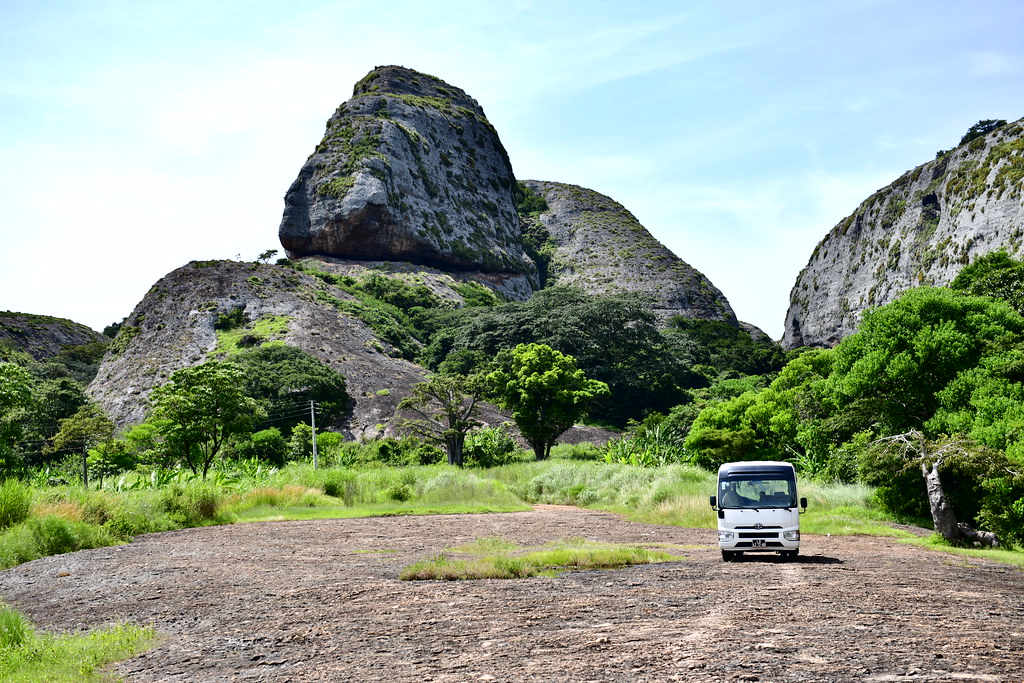 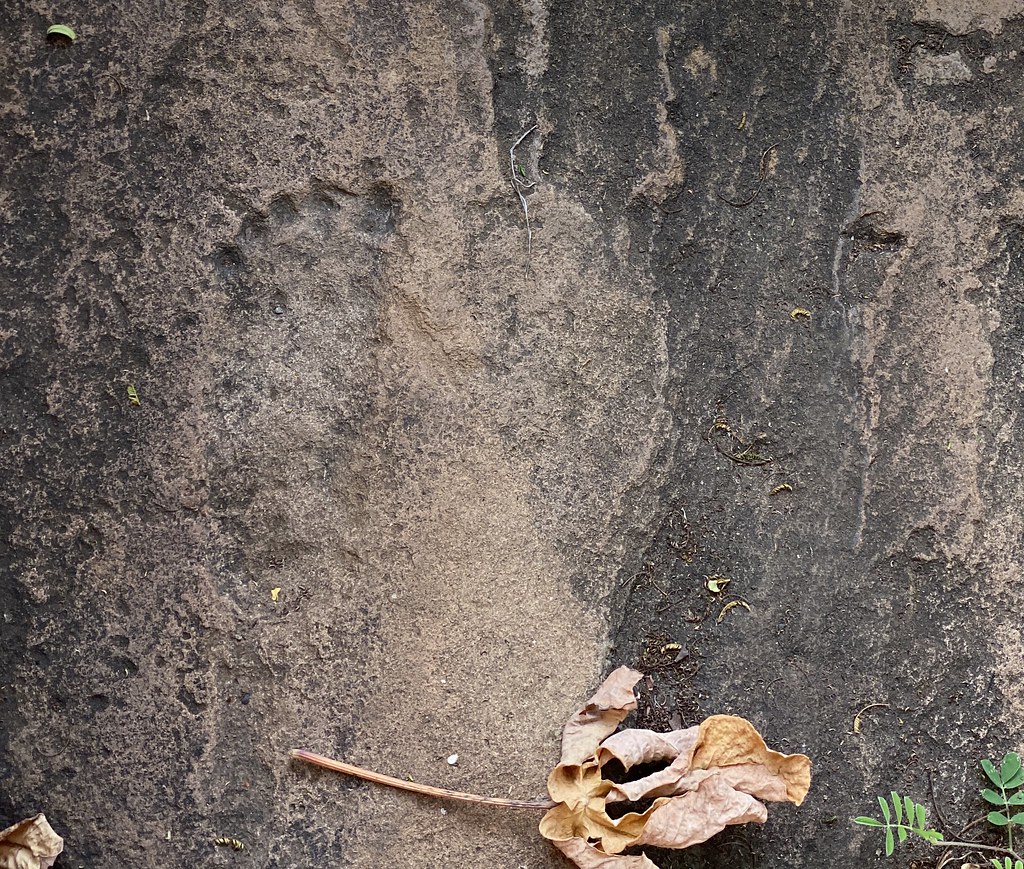 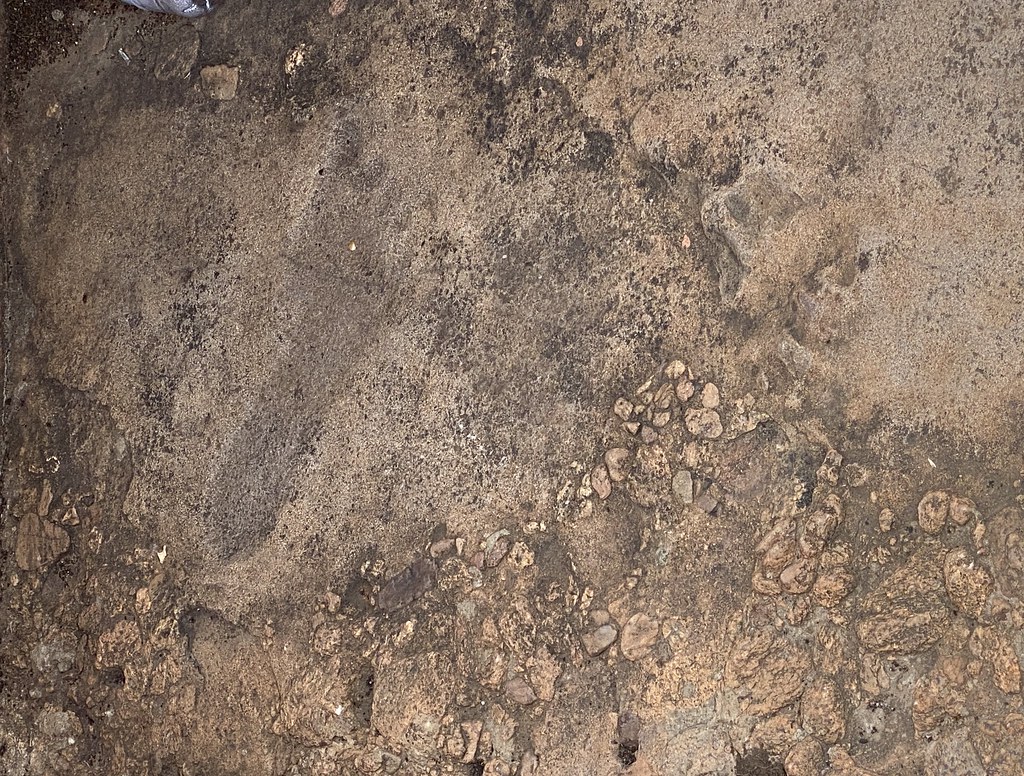 Then after a quick lunch at a random pitstop in Dondo, another 4 hours later and we were back in Luanda by 8pm.