“Maybe that’s what life is… a wink of the eye and winking stars.”

It’s time for every journey to close a chapter. Noeleen and I woke up early at 6:50am to drive our RV for one last hurrah. 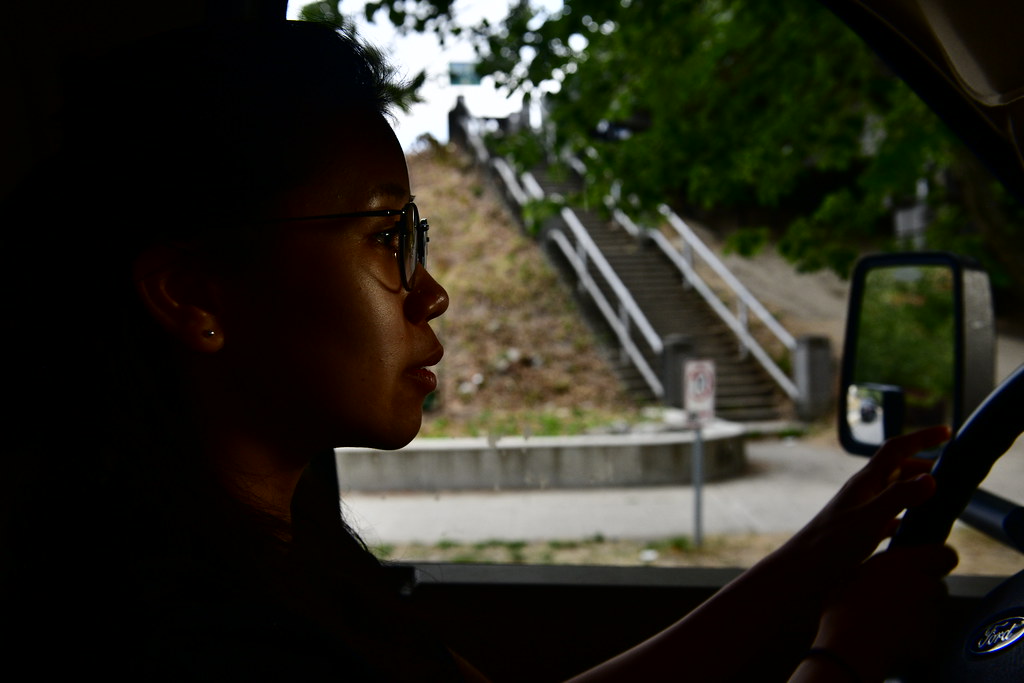 With just the two of us (everyone else was asleep back at our apartment rentals), we decided on a last minute whim to drive up to see the Fremont Troll, best known for an appearance in the 90s romcom 10 Things I Hate About You: 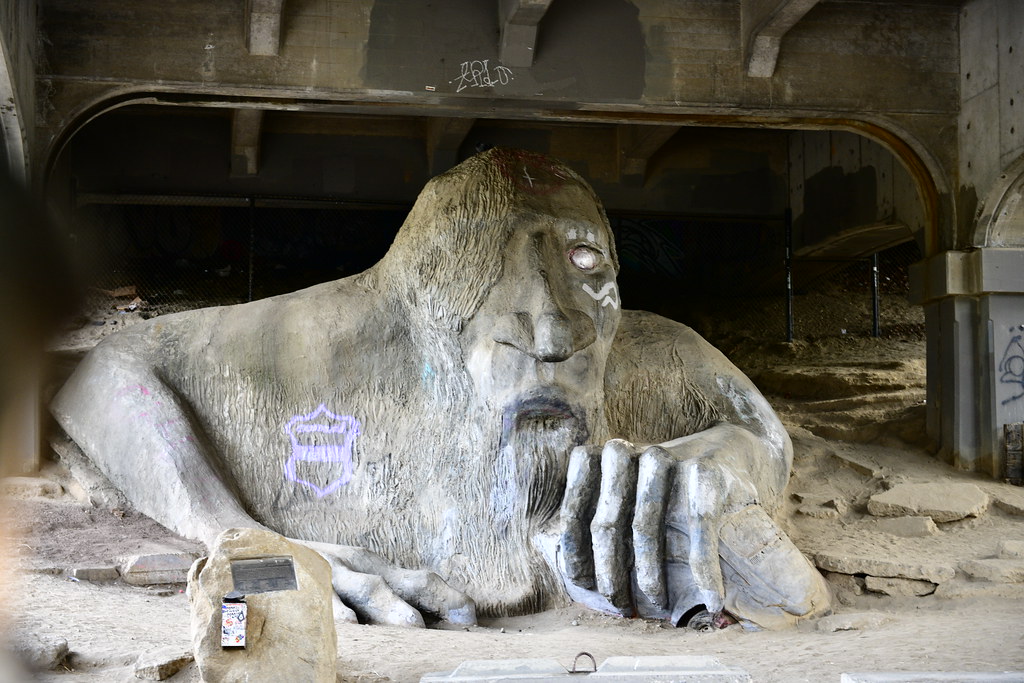 Then we drove 5 min away to peek at the random Lenin Statue in the neighborhood: 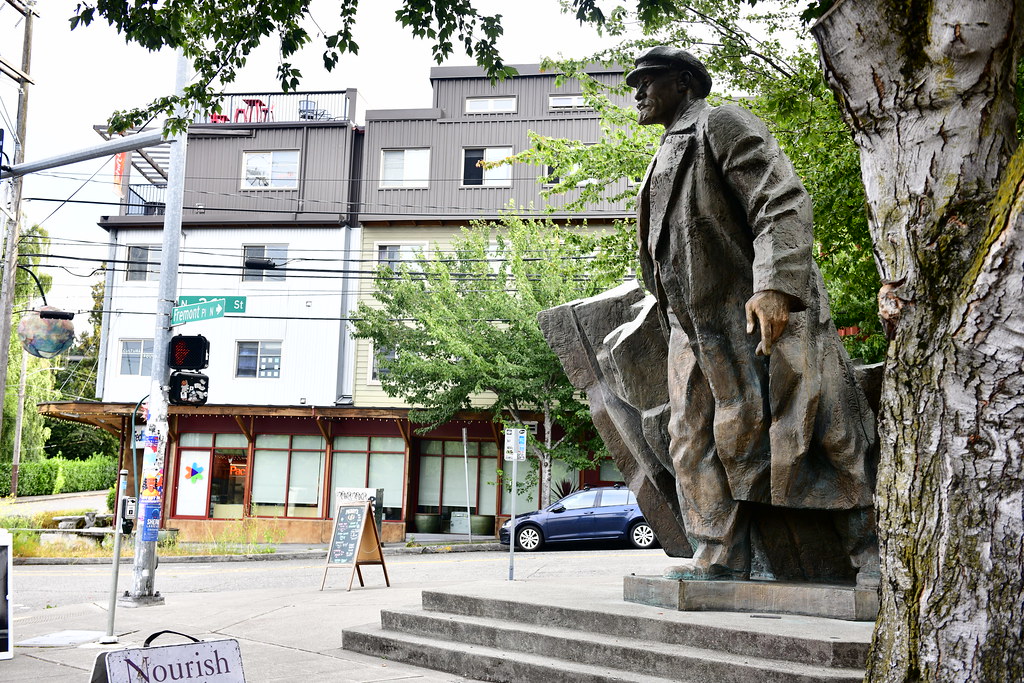 After the drive-by we headed back south towards the RV park, during which we stopped uphill for a shot of the Seattle skyline from Kerry Park: 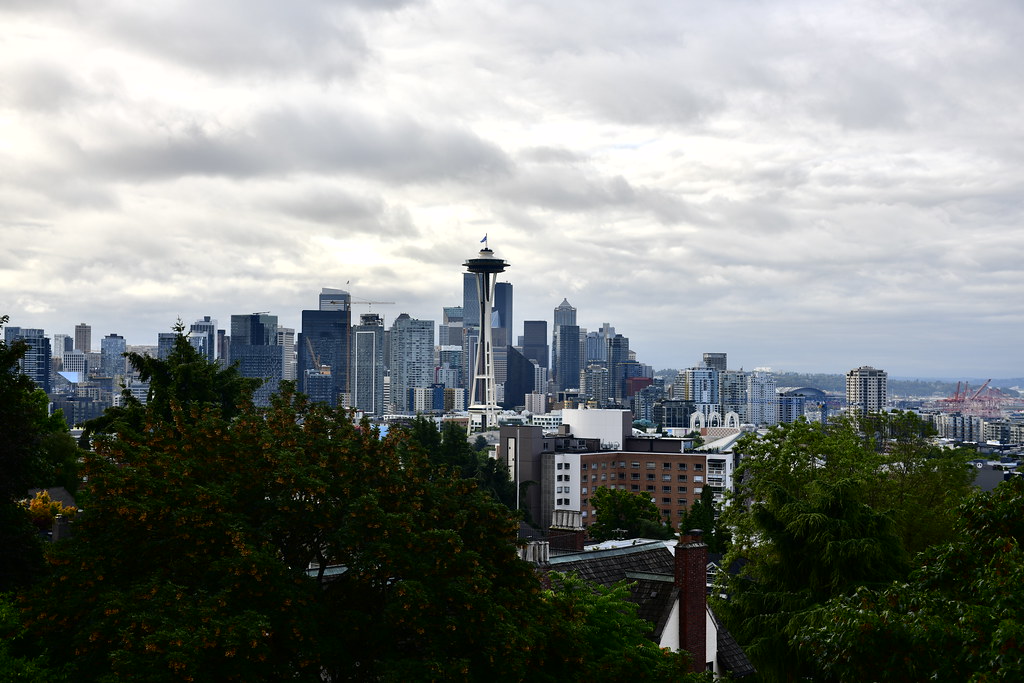 Then Noeleen and I bid one final goodbye to our RV at the local Road Bear in Seattle. 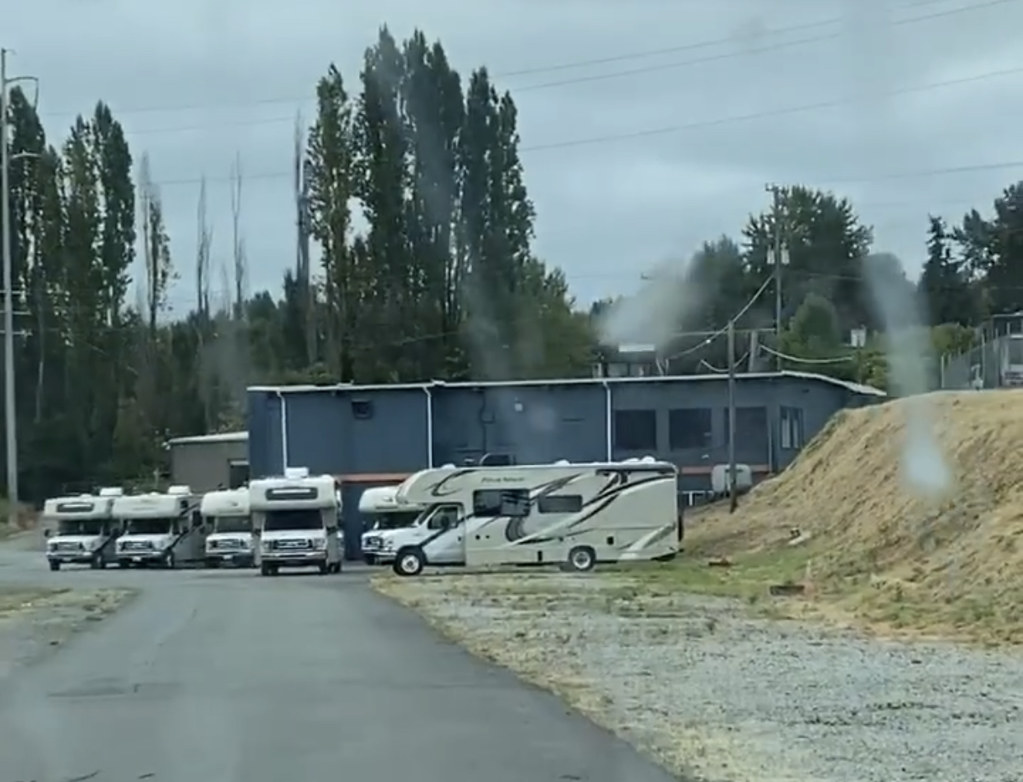 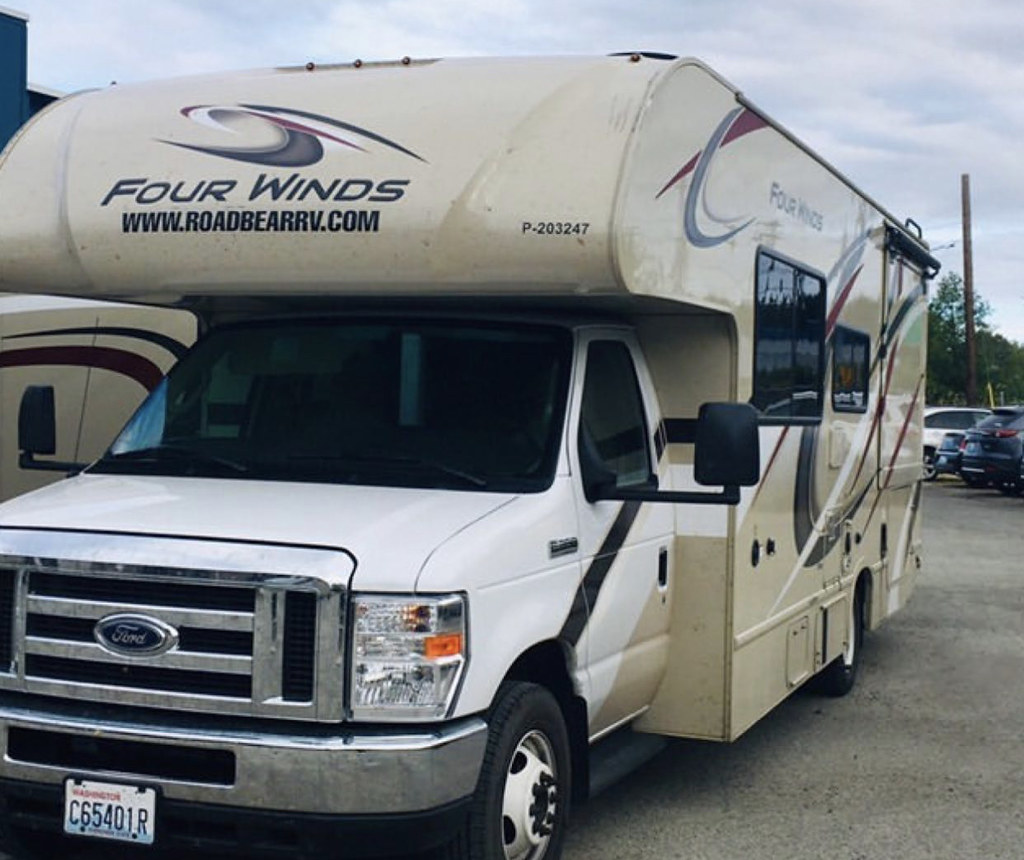 Taking 20 minutes checking everything and being charged a bit for going over the mileage by 450 miles, a few hours of generator use, and unfilled gas, we took a Lyft back into Seattle and met the rest of the group at Biscuit Bitch: 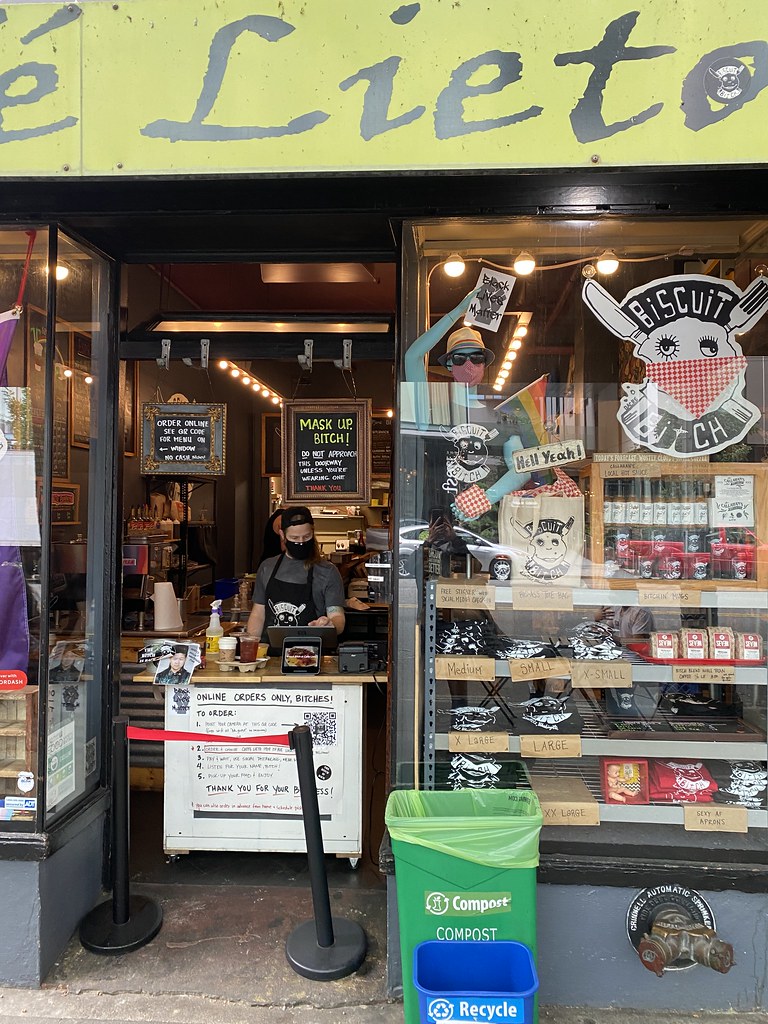 In addition to great coffee and biscuits, they also call you various insults in good humor as they serve you. 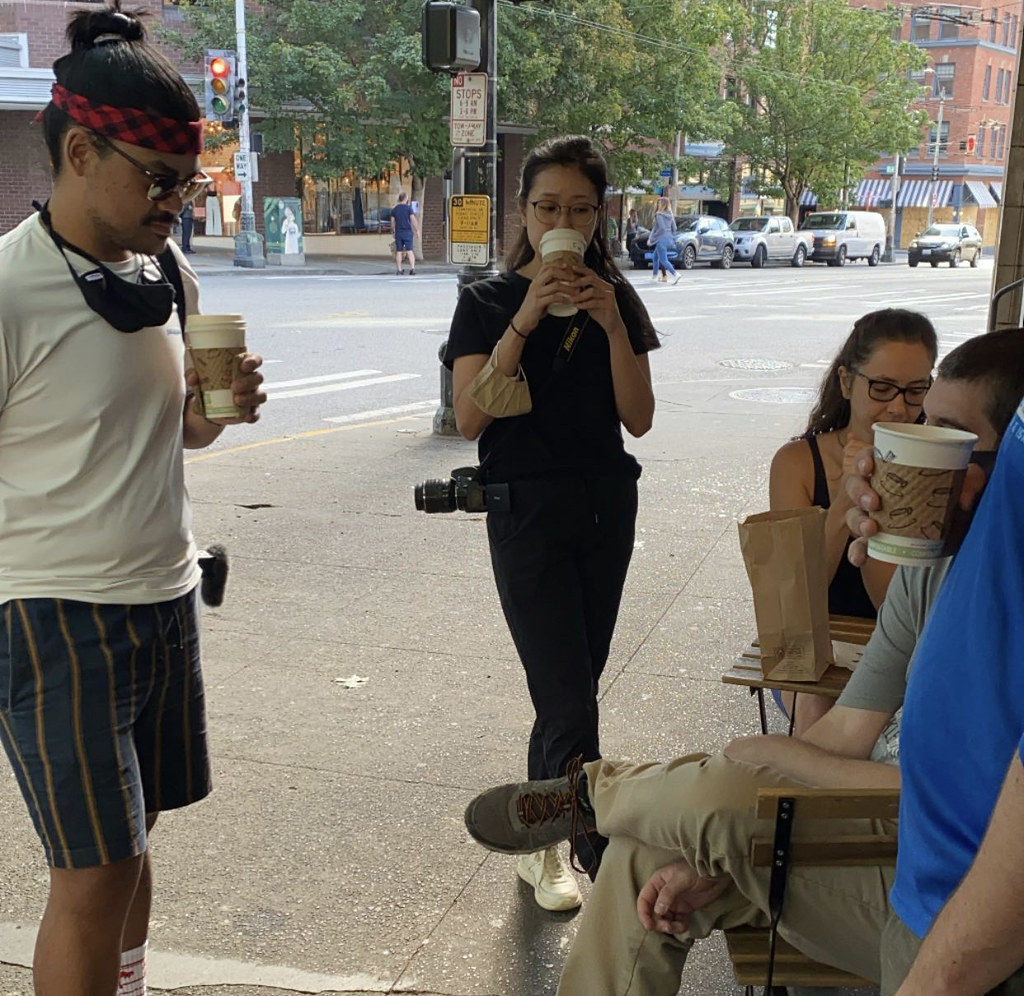 We then turned the corner to the famous Pike Place Market: 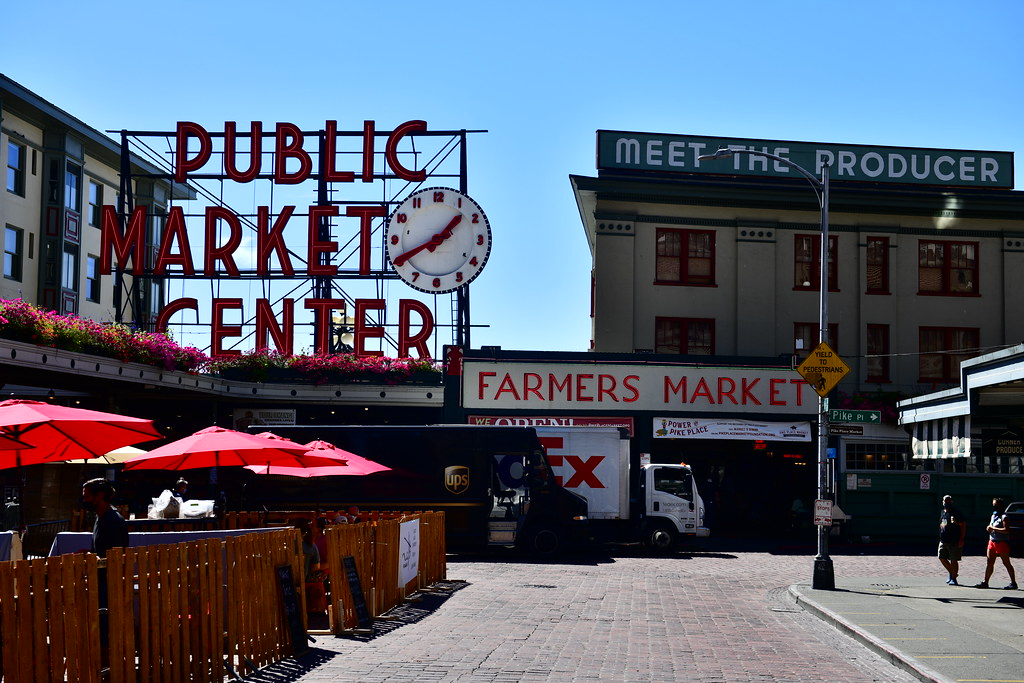 Here at the open air fish market on the corner of Pike Street and Pike Place, there is a local tradition where fishmongers literally throw fish that customers have purchased before they’re wrapped. 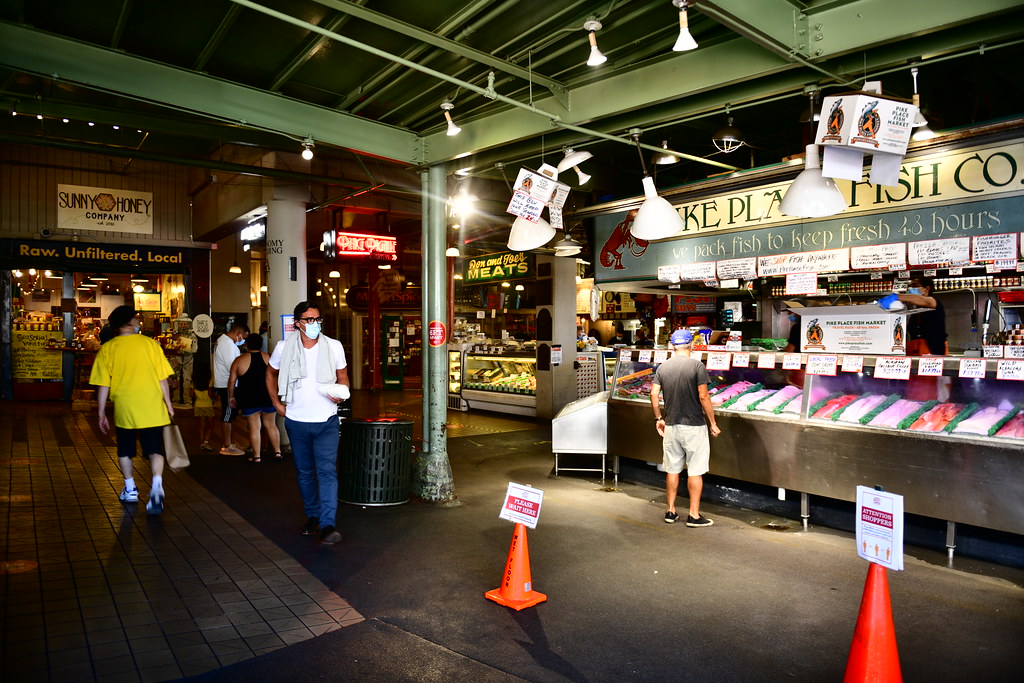 Because of COVID-19, there were NO LINES. 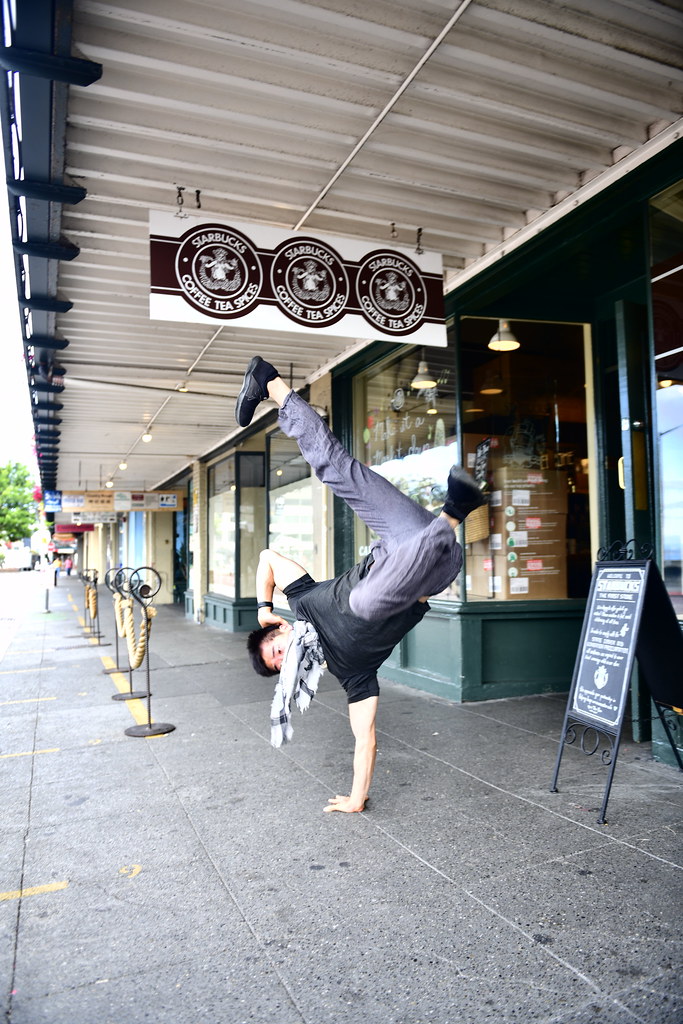 The video of the tiny interior (and without the crowds!) is on my instagram: 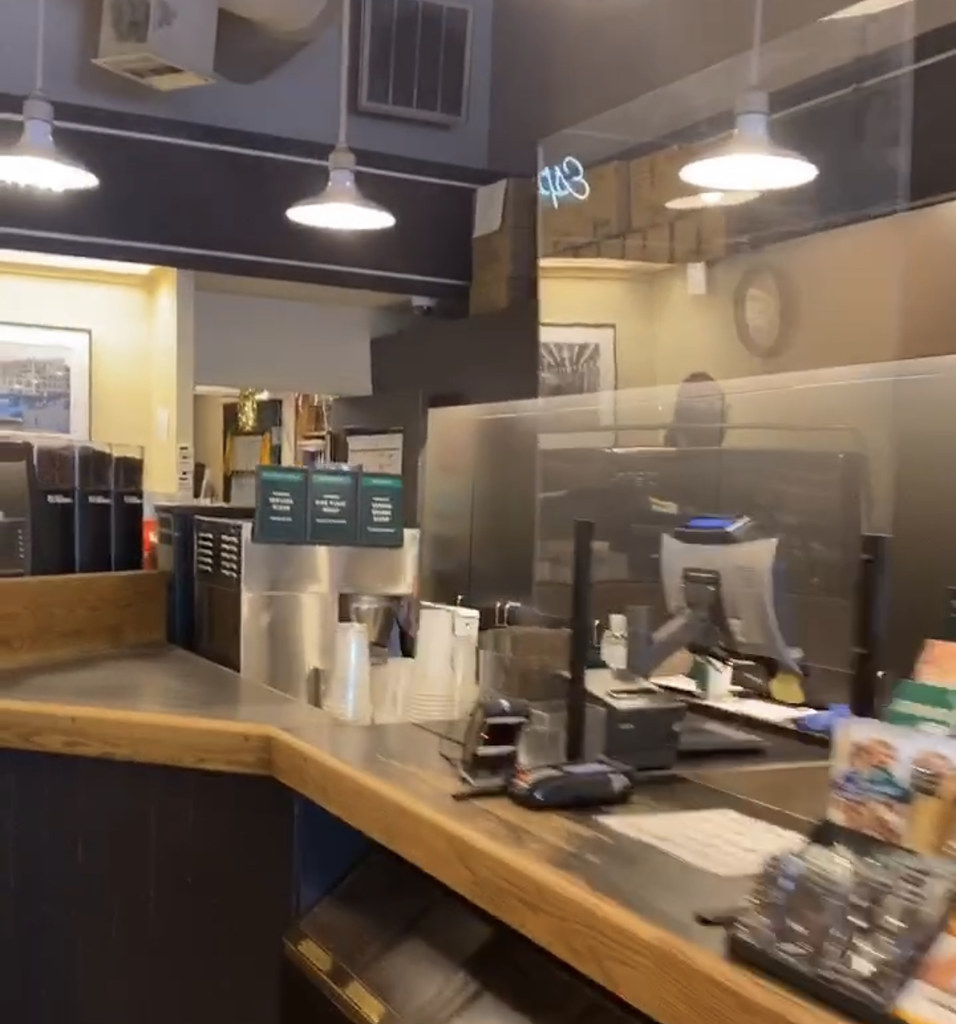 And at Raubern’s suggestion — even if you would have otherwise avoid a Starbucks in your daily routine — at least consider purchasing their daily reserve beans as this is the only Starbucks in the world where you can get them. 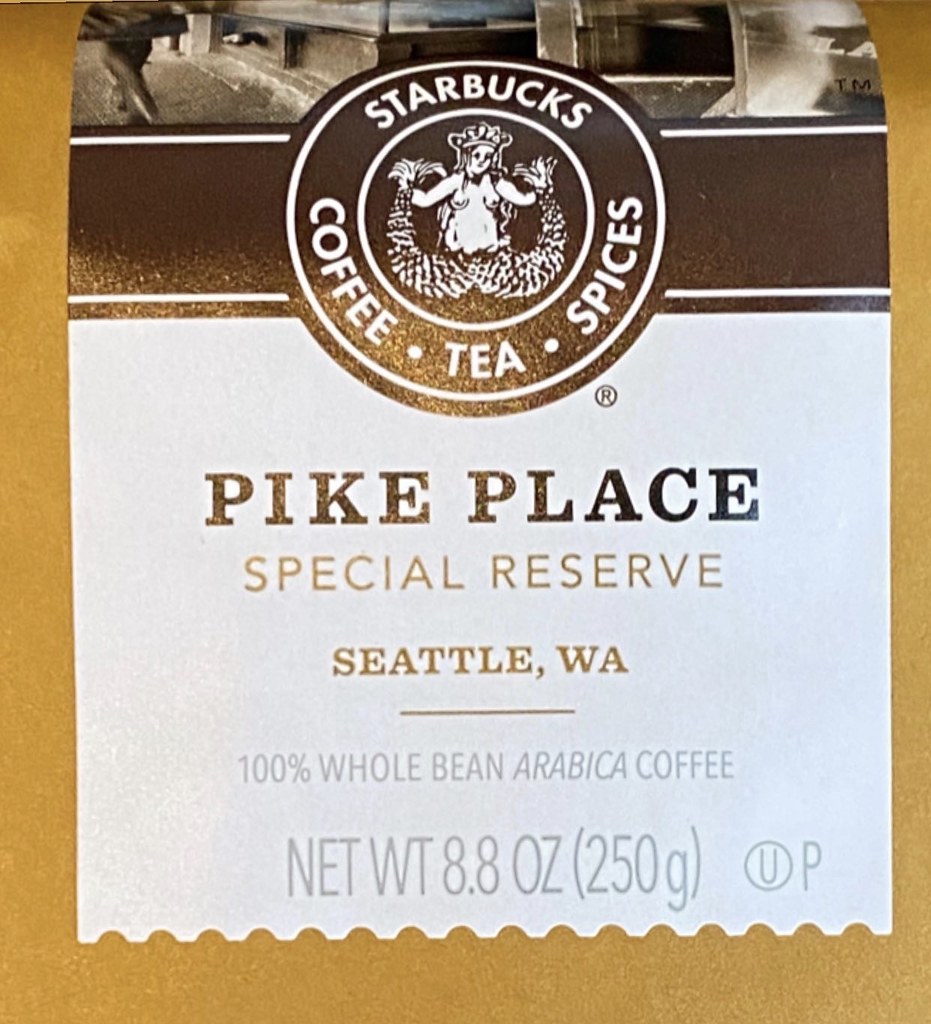 Since the greater city of Seattle is known for their coffees, just know you’re not alone if you have a hard time choosing which to drink… 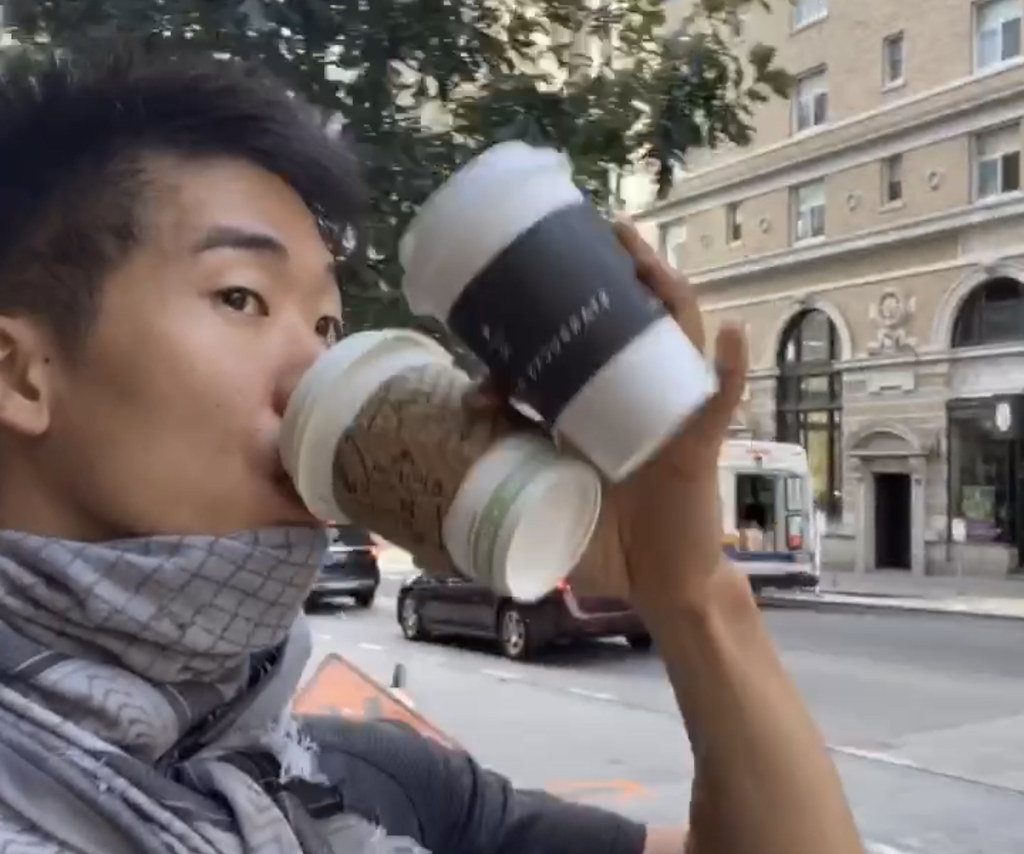 We then headed down the steps underneath the Fish Market to see the famous Gum Wall: 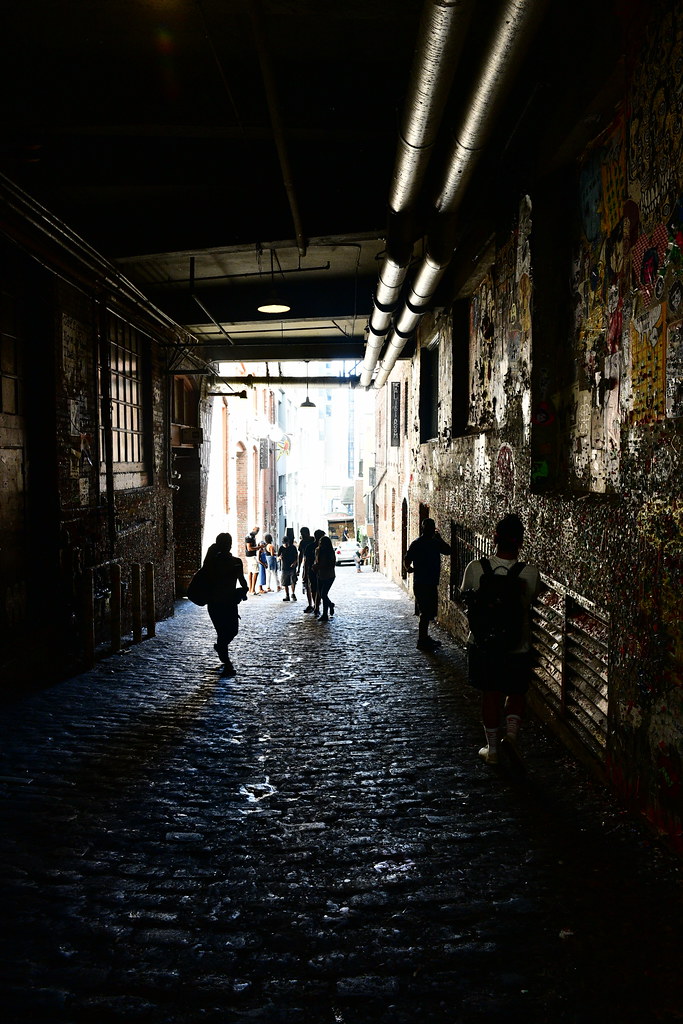 … where Dan made his contribution here on our behalf: 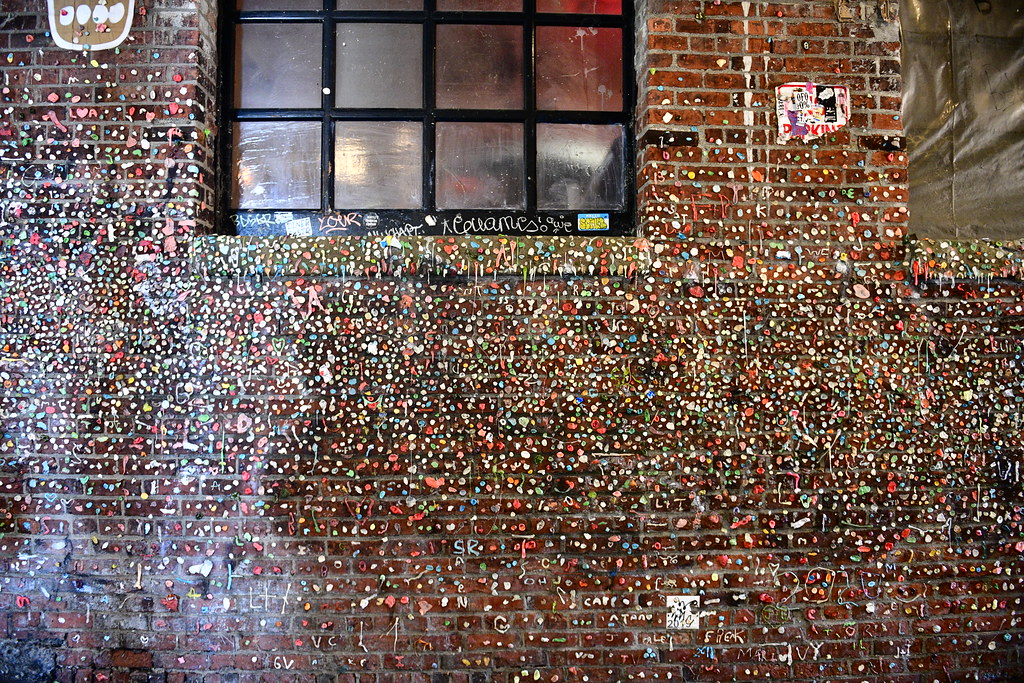 From here we walked a few minutes further inland for some doughnuts at Top Pot Doughnuts before returning back to our apartments. 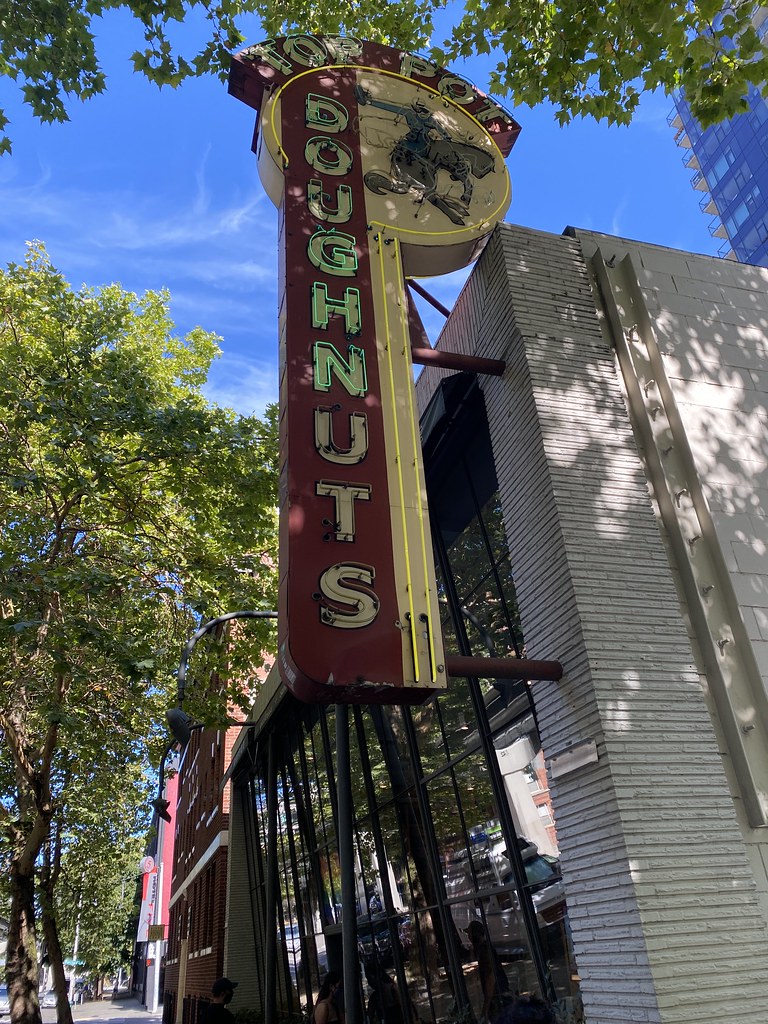 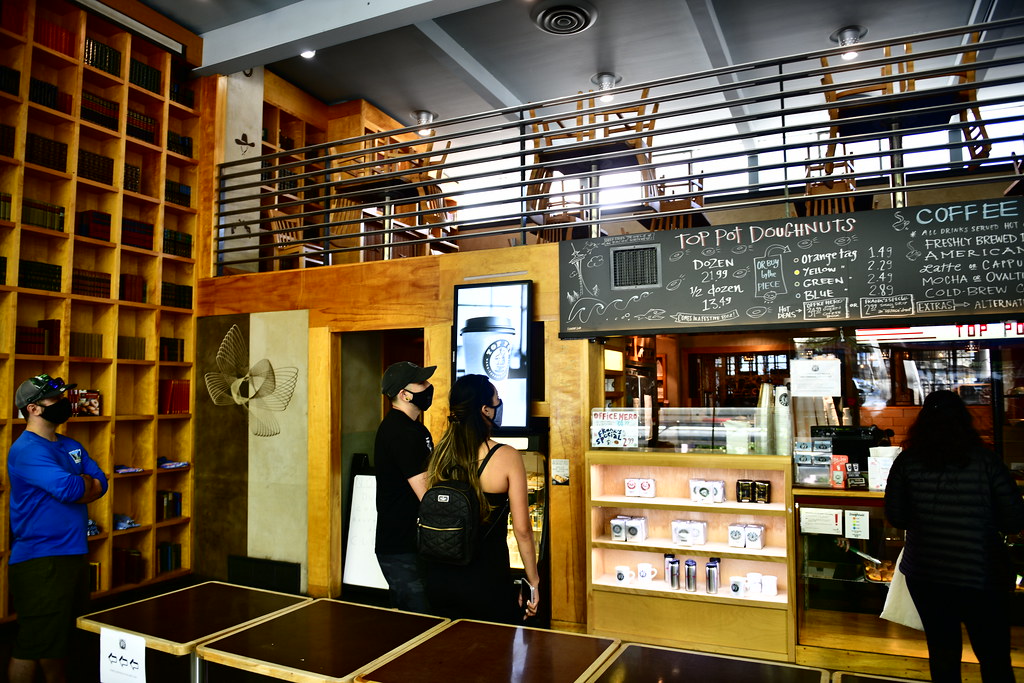 And during this whole eventful morning we somehow pulled off a monsoon shuffle: We bid our goodbyes to Noeleen and Brandon as they hailed an Uber for the airport for their early afternoon flights home, and later to Raubern as he set off later to see family. In the same vein, Sina, Evie and Karen would fly in during the same time to link up with us for part 2 of the trip.

FWIW, Noeleen was very forthcoming with her thoughts on the trip once she landed back in NYC:

Ughhhh, so hard to move on. We’ll miss you and your daily vlogs Noeleen.

Once the new group had formed, officially our first stop together in Seattle would be a visit to the famous Space Needle: 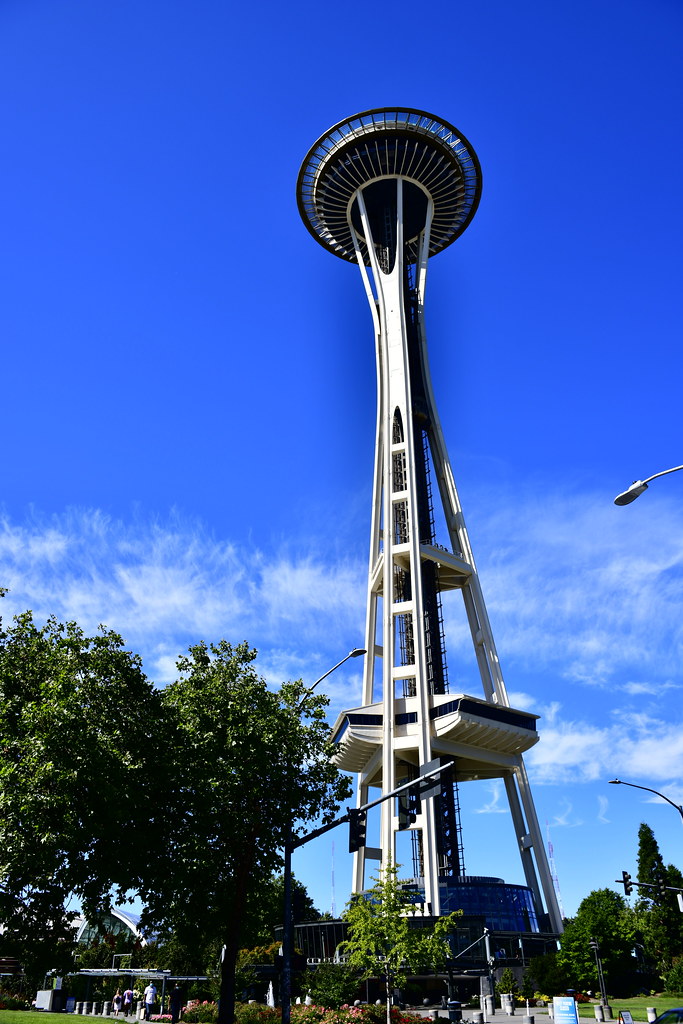 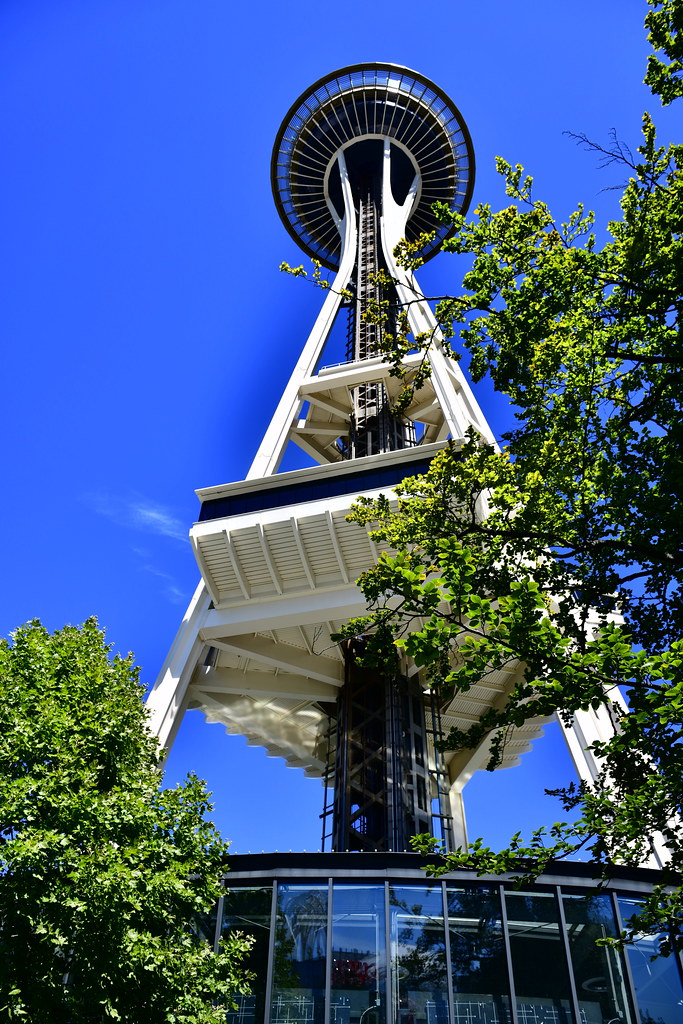 You can buy tickets online or at one of the outdoor kiosks, and there’s a whole COVID-19 proof screening involving the following: 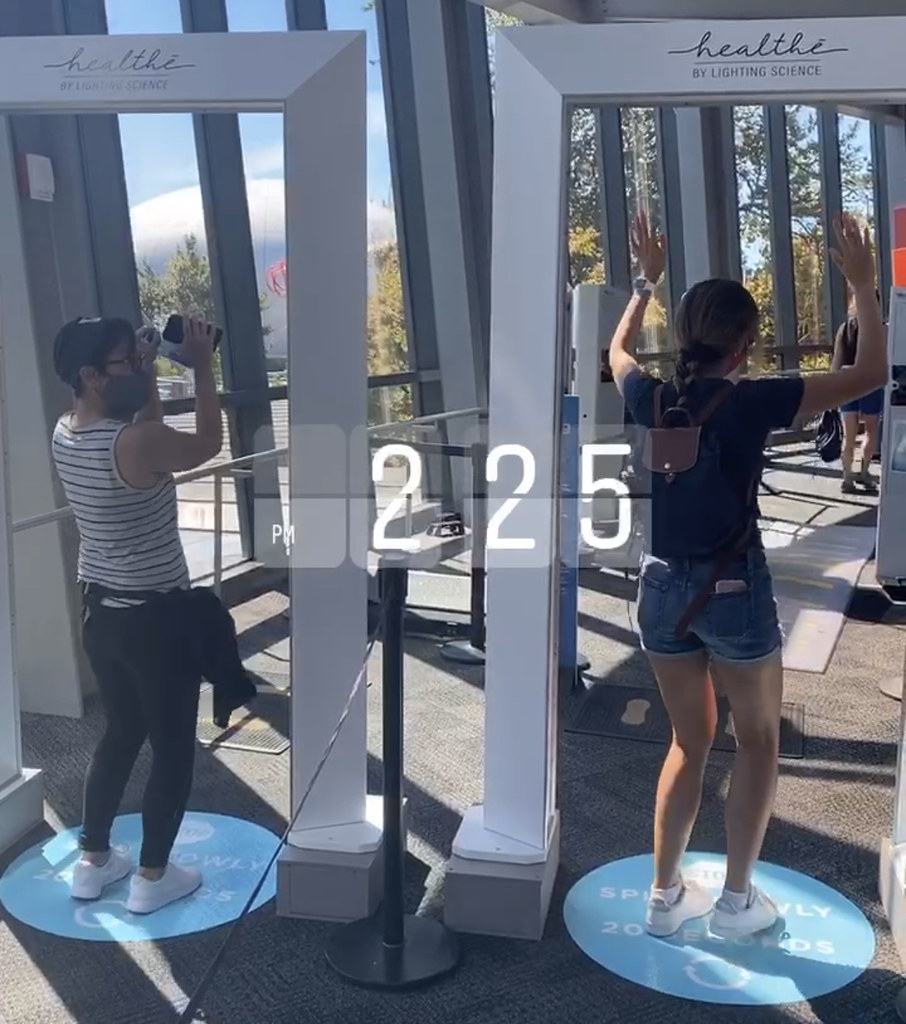 Up to you if you think the views are worth the effort! 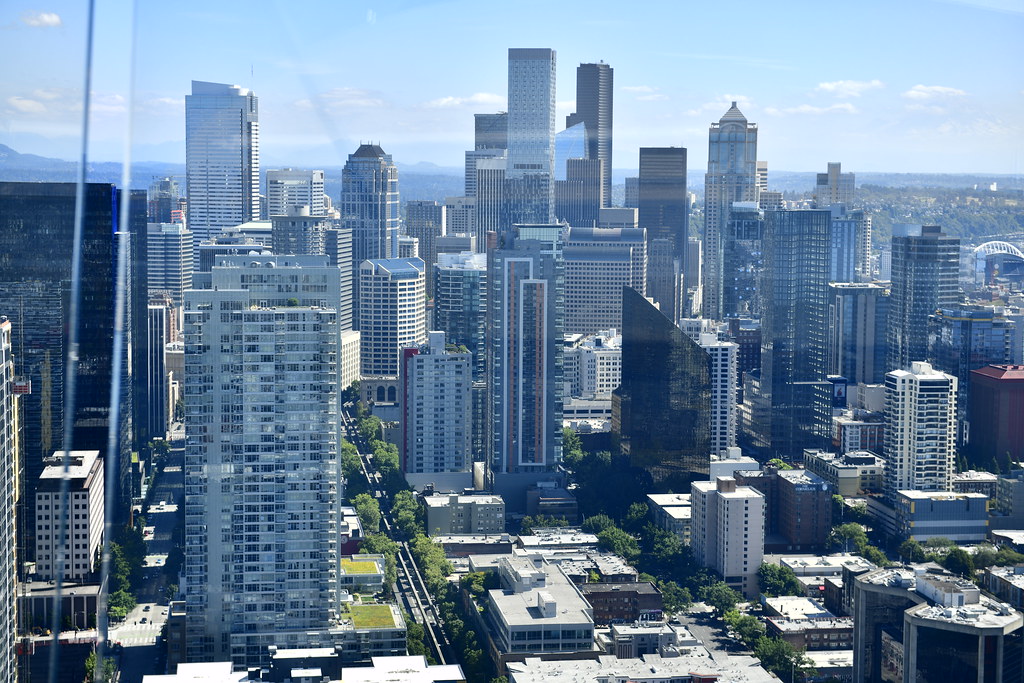 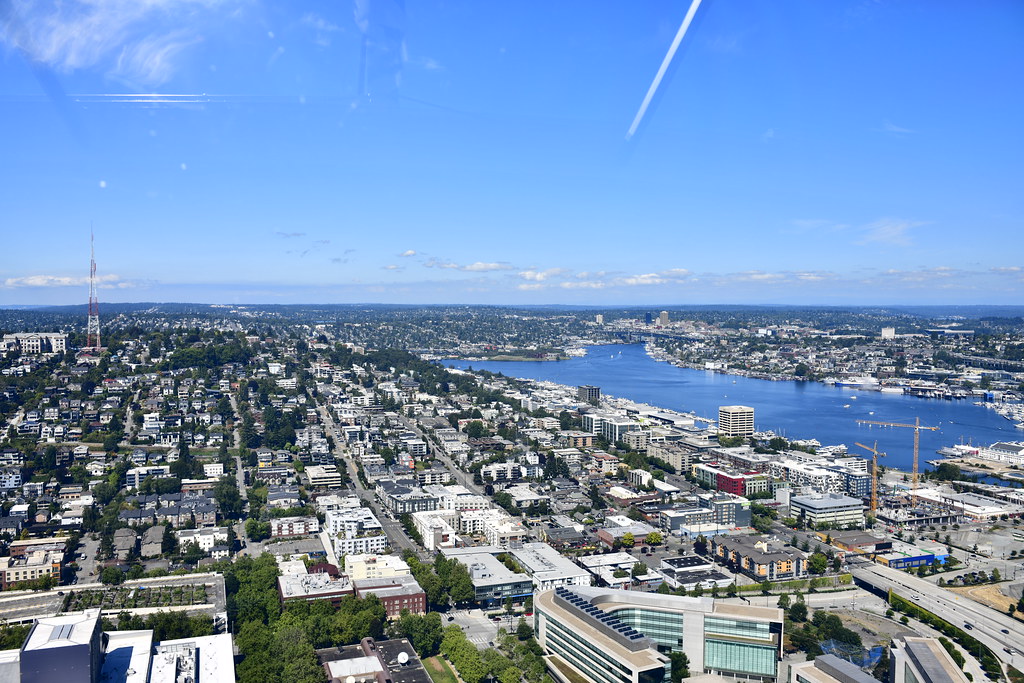 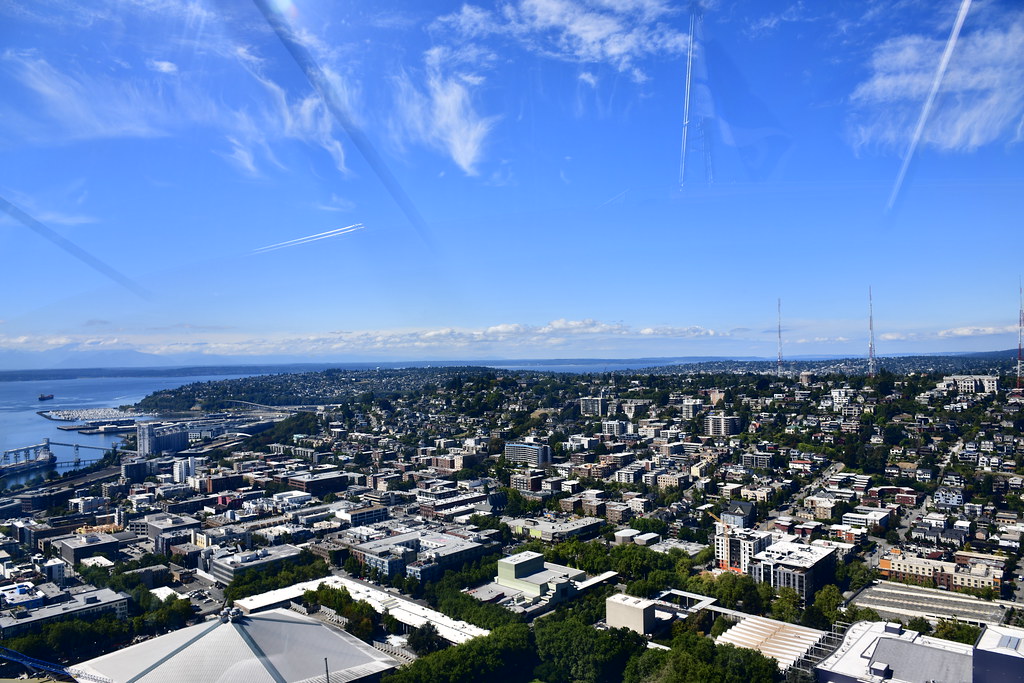 Afterwards we toasted to our new travel group and the second part of our trip in Fremont, inviting along Spencer, who’s the link for getting Dan to come on our trips after hearing about us via Melissa Weinmann (and despite this mutual connection, Dan and Melissa have yet to meet in real life!). 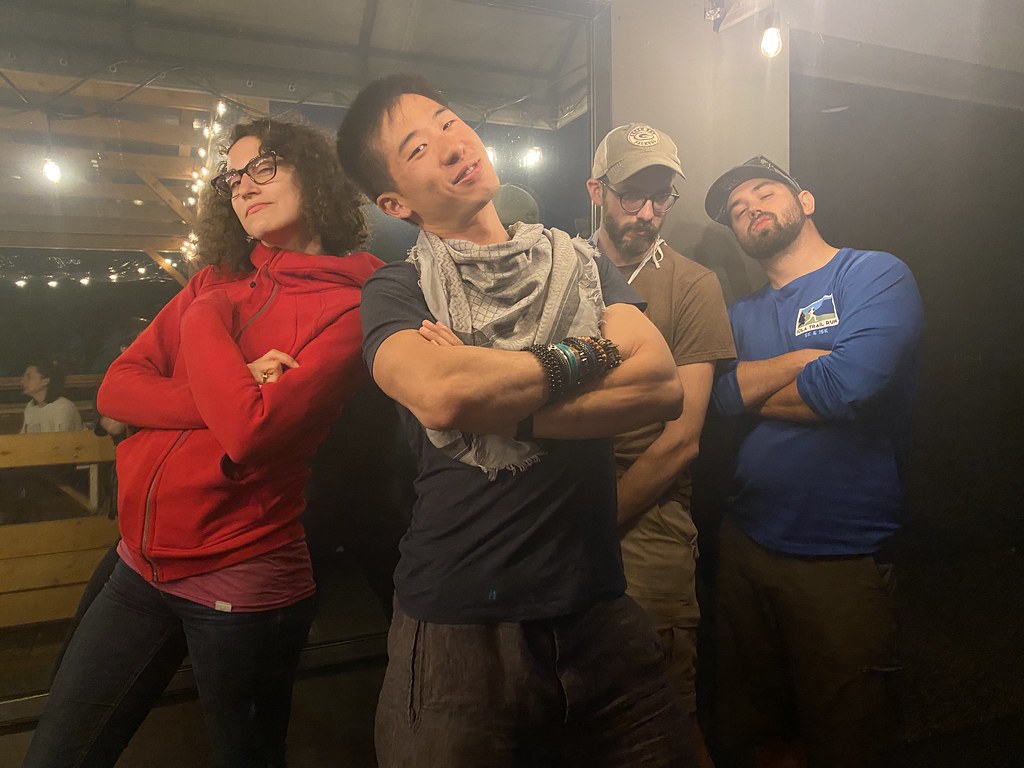 And thus we toast to one final hurrah to Seattle on the rooftop, where Raubern rejoined us for one last encore as well as a friend I know only via Instagram, Angela, would even meet up with us. 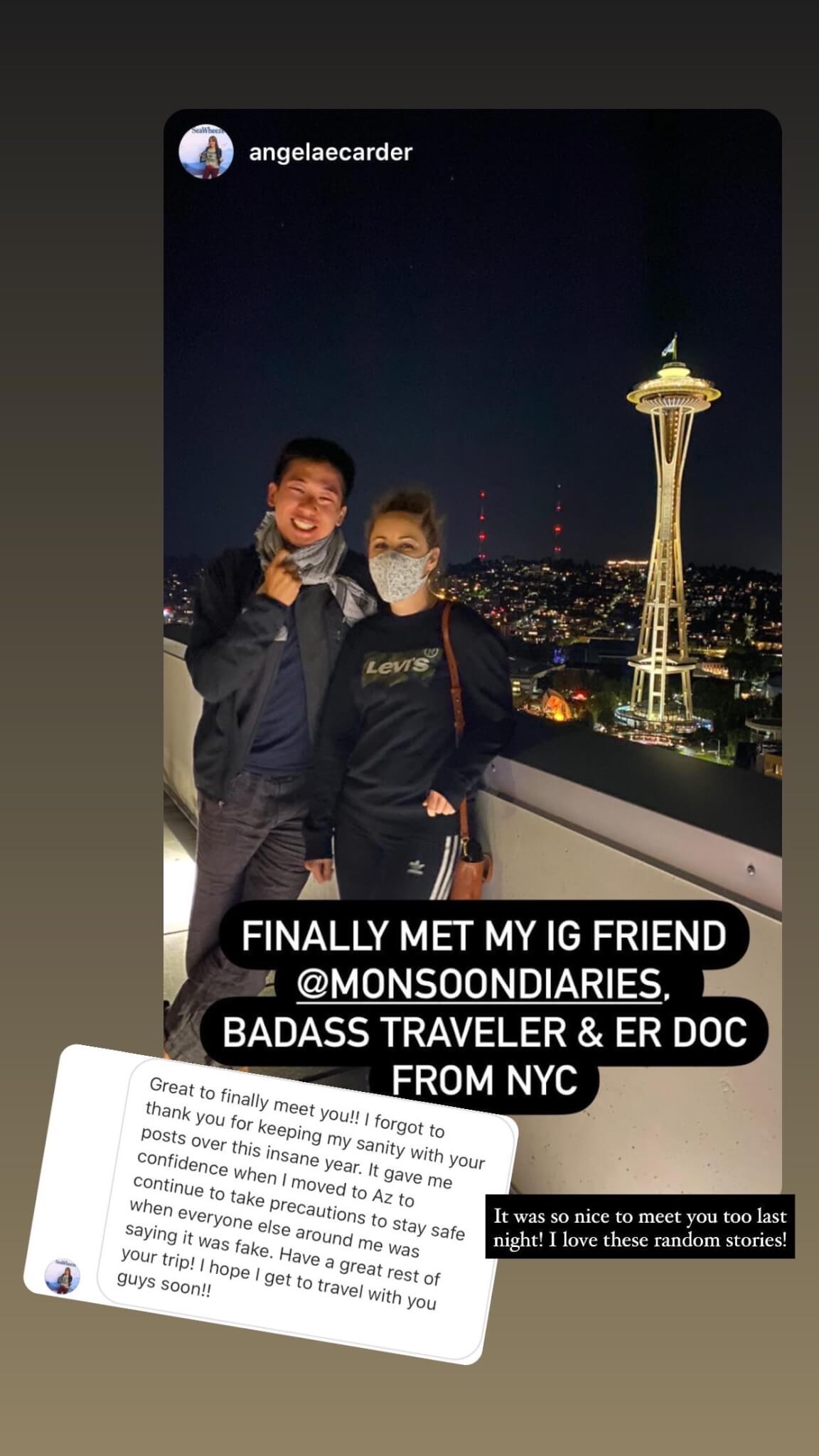 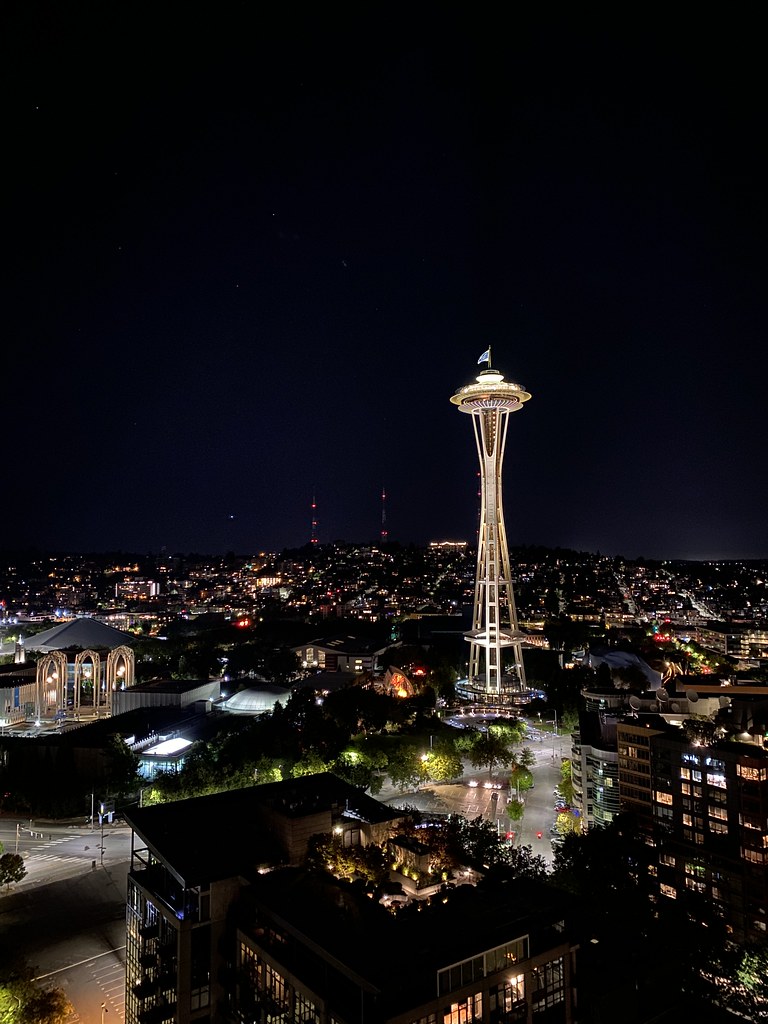 Tomorrow we officially begin the long epic drives along the Pacific Coast Highway!

And if it isn’t obvious by now —