“We lean forward to the next crazy venture beneath the skies.” 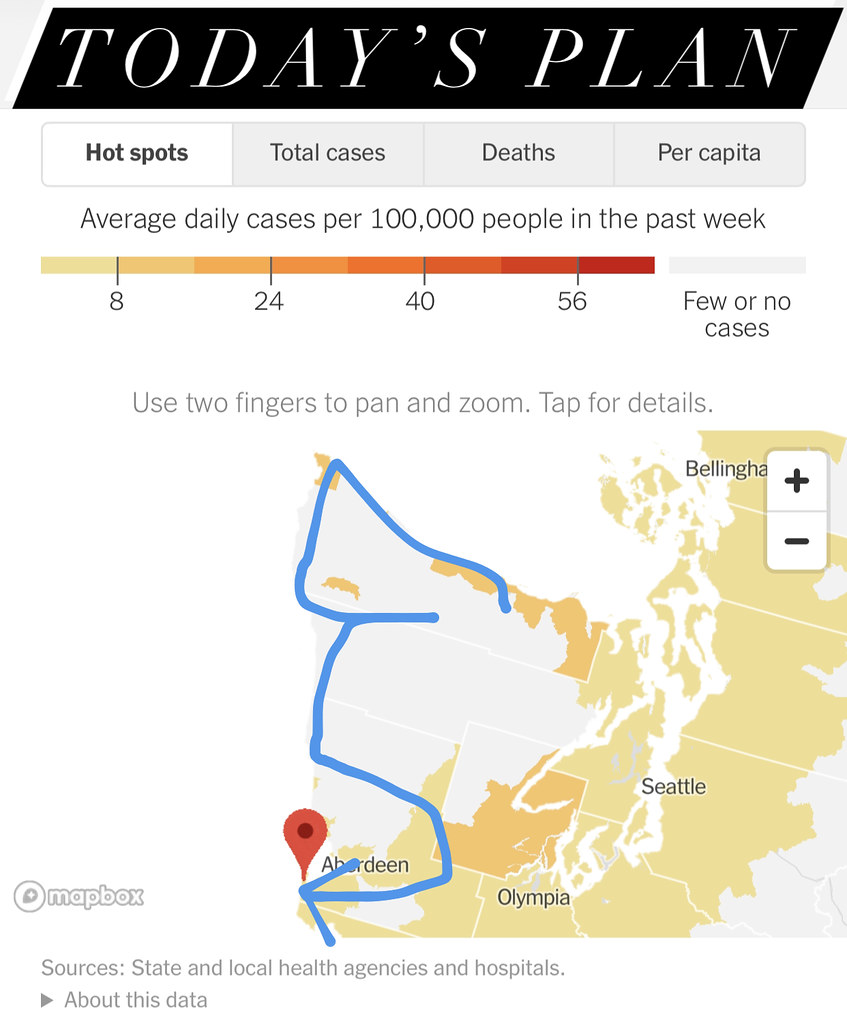 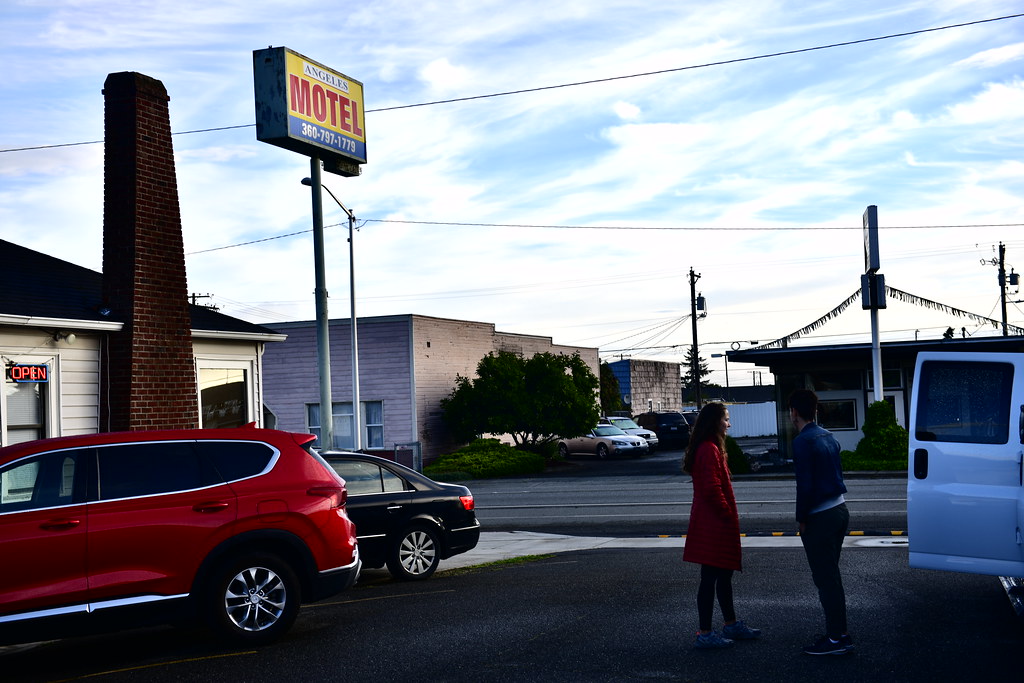 This morning we said an unexpected goodbye to Brynn.

I ran out of spoons. Friends, I came home early. After 10 days in the RV, I was completely exhausted. When I told Calvin of @monsoondiaries I had decided to go home, he asked what was on my mind. I just told him that very simply, I was exhausted. After a quiet pause, he said “you have no more spoons”. I can’t tell you what a relief it was to hear him say that- it is rare to have someone bring up the spoon analogy. I didn’t have to explain myself any further, because he got it. The spoon theory was an article written several years ago by Christine Misanderino. In it, she tries to explain to a friend what it is like to live day-to-day with chronic illness. If you’ve never read it, you can check out the link in my profile. The spoon theory basically serves as a metaphor for fatigue and the mental or physical energy a person has available to perform everyday tasks of living. I have lived with several auto-immune disorders for about a decade now. I don’t talk about them because I never wanted them to be an excuse. To an outsider, it would be extremely difficult to perceive. I put myself through nursing school while working several jobs, have competed in triathlons, and traveled the world alone. I’ve climbed mountains in Morocco and gotten altitude sickness, had my first seizure on the streets of Mexico and, four years later, had 3 of them my senior year of nursing school. I diligently take 3 pills a day, every day, and have done so for years. I know how to listen to my body. I have chronic infections that pop up when I’m stressed and overtired. But I don’t talk about it. It’s not shame or fear of stigma, although I do pause to decide whether or not I want to check off the disability box on a job application. Because I don’t think of myself that way. I ran myself right up against that wall and, with no spoons left, there wasn’t anything left to do but sit down and rest until they come back again. I got to see more of this beautiful country than I ever have before. I’ve met incredible people. I was joyously reunited with others. I poured my whole self into this journey, and I believe that, in return, I have received more than I know in this moment.

After hugging her goodbye outside a lonely coffee shop in Port Angeles, we set out early morning at 8am for a drive further into the massive Olympic National Park, beginning with the scenic highways themselves: 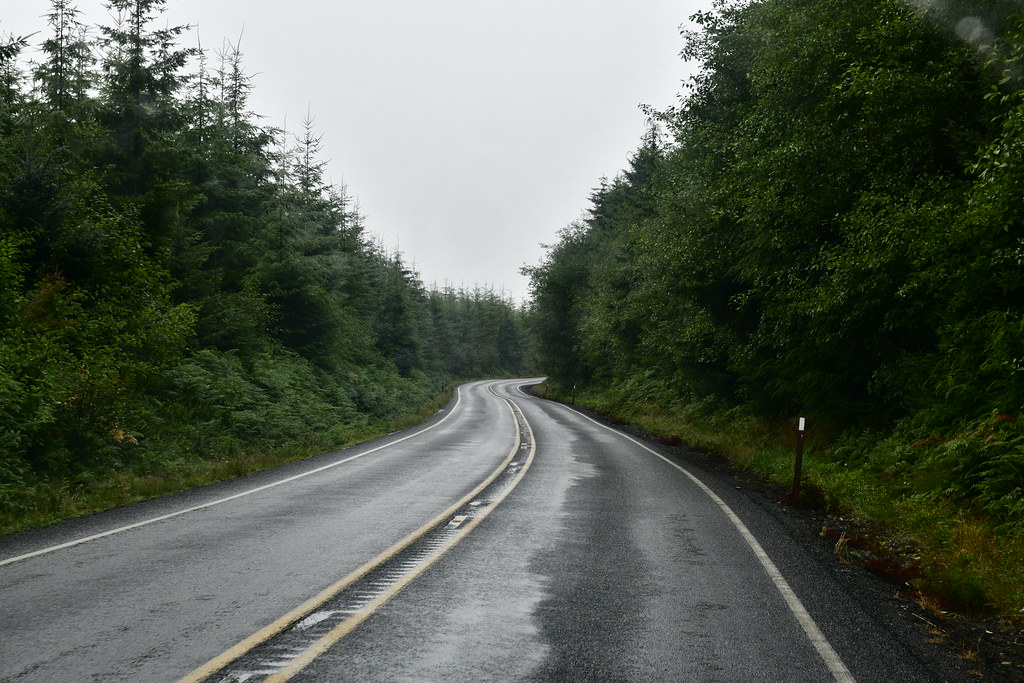 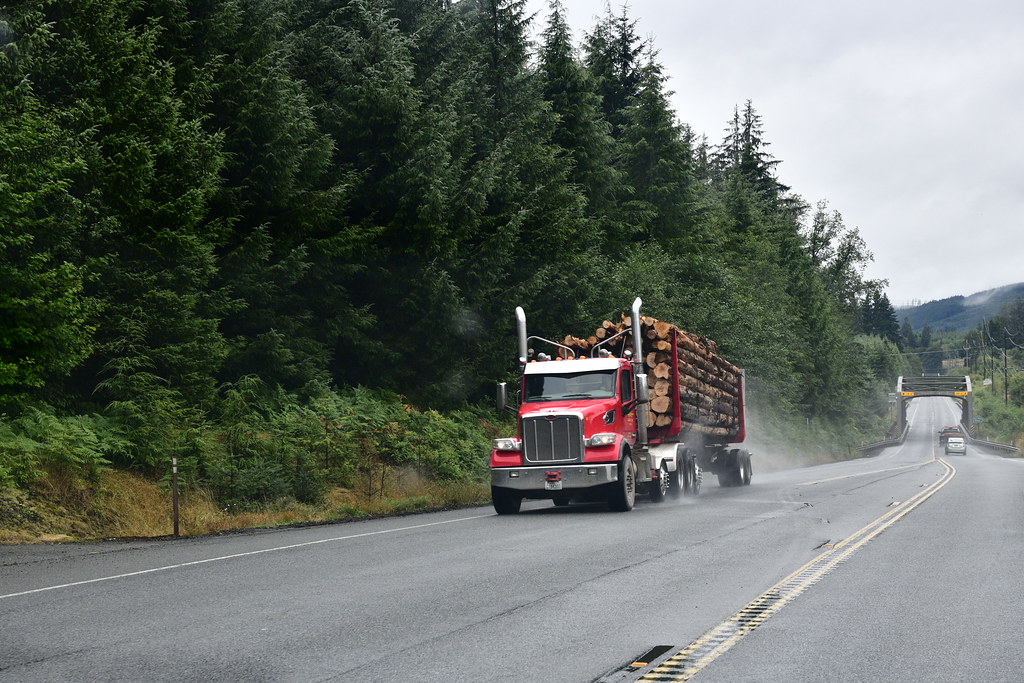 Along the way we reached the town of Forks, which I guess is a big deal for fans of the series Twilight: 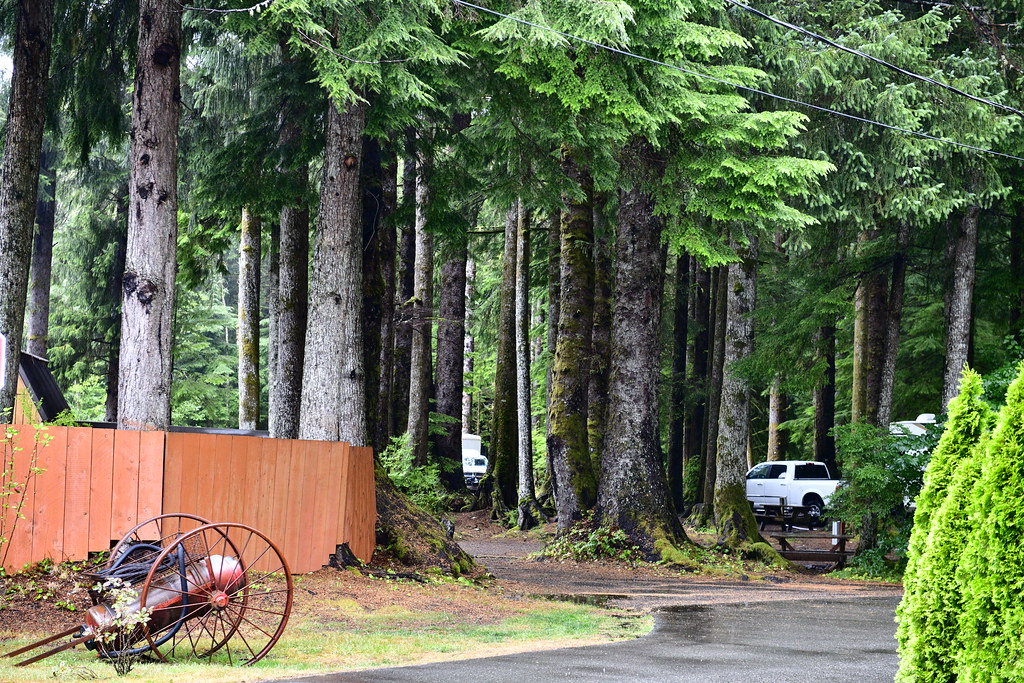 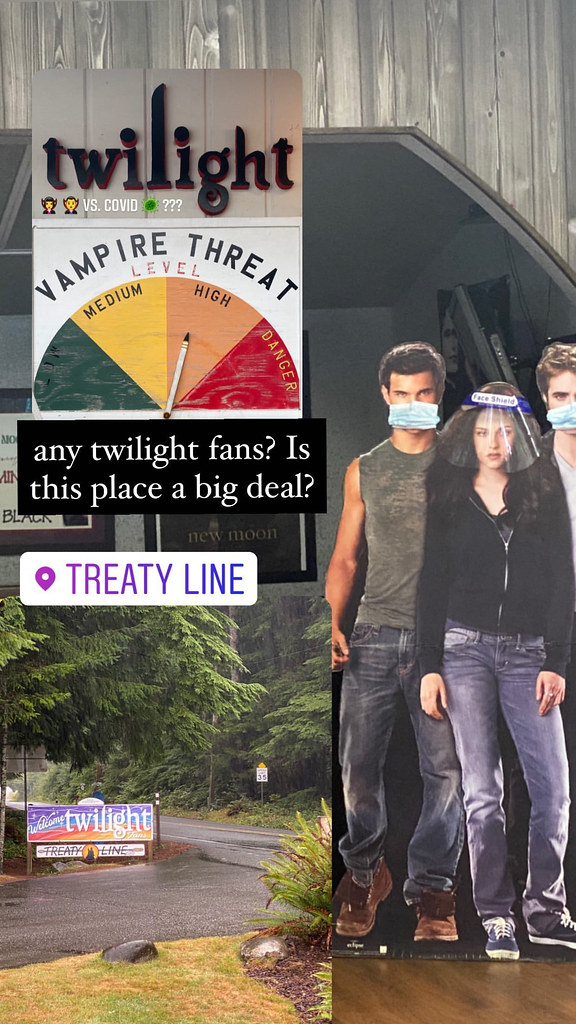 A few minutes more west from Forks and you’ll hit the Pacific Coast at Rialto Beach, unique for its landscape of sea stacks, geological formations & driftwood. 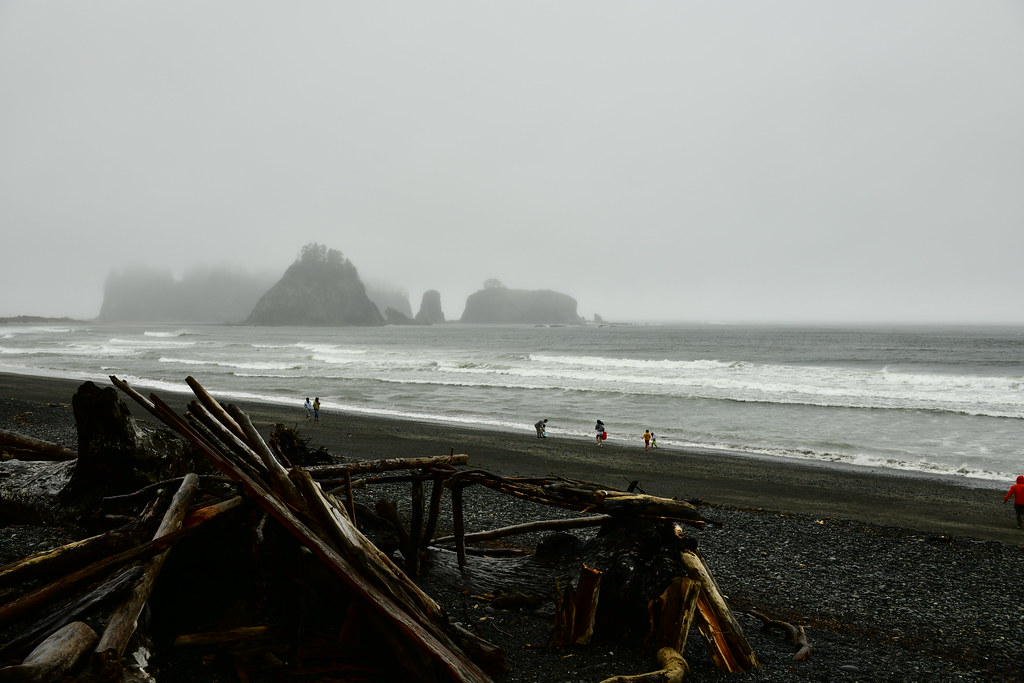 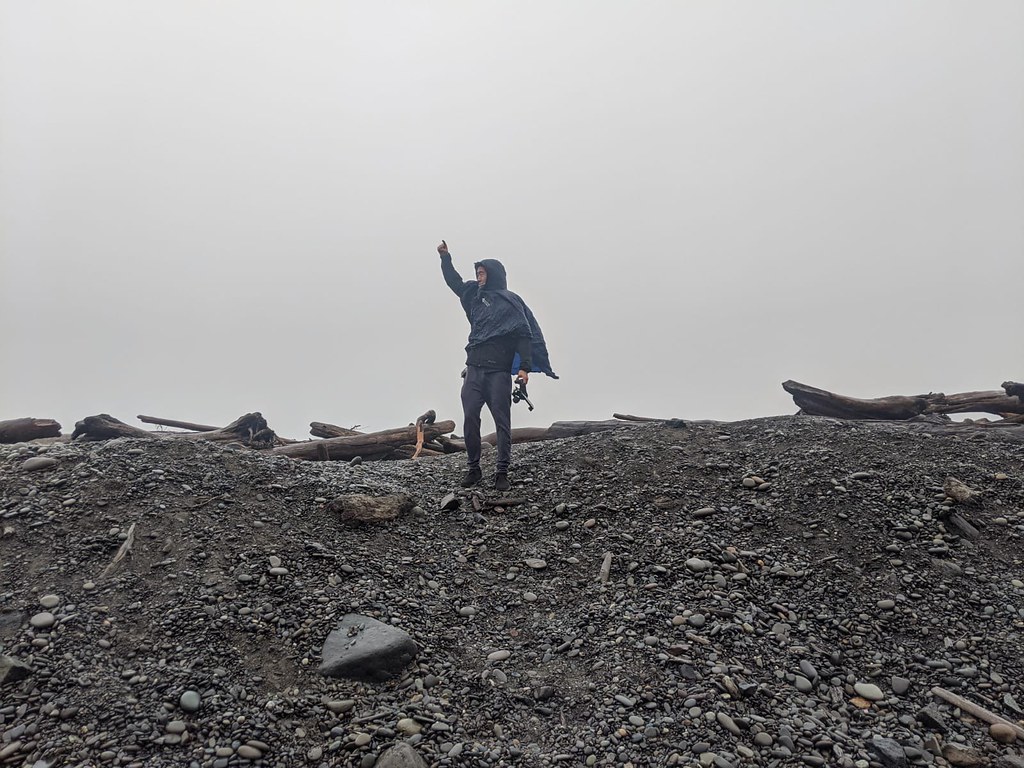 Then turning back we drove another hour inland towards the surreal dreamscapes of Hoh Rainforest, one of the largest temperate rainforests in the U.S. and a UNESCO World Heritage site. 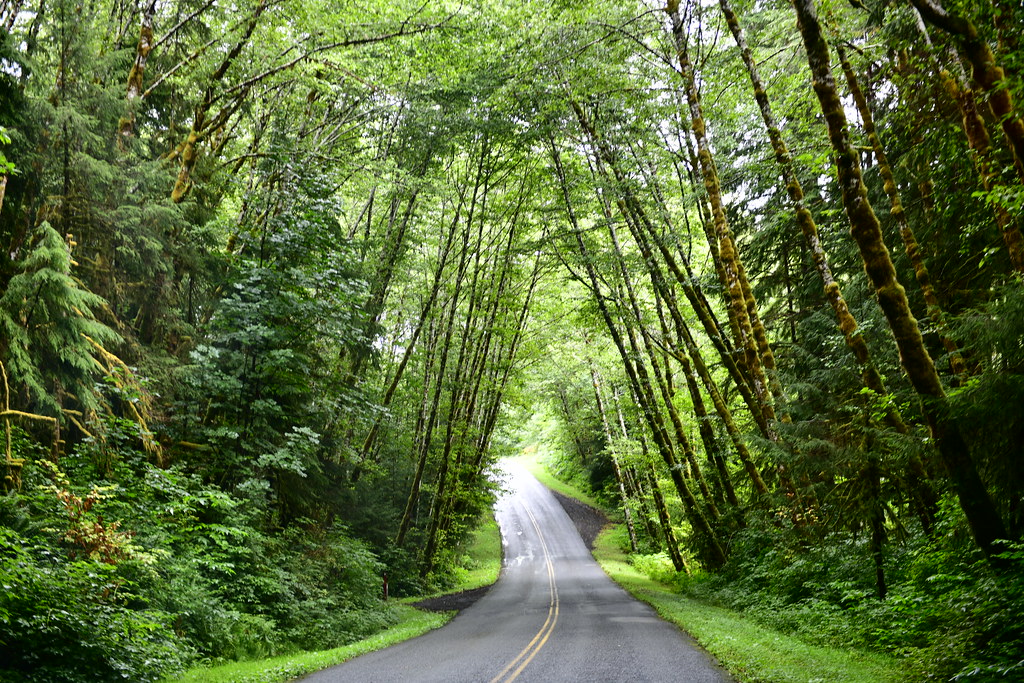 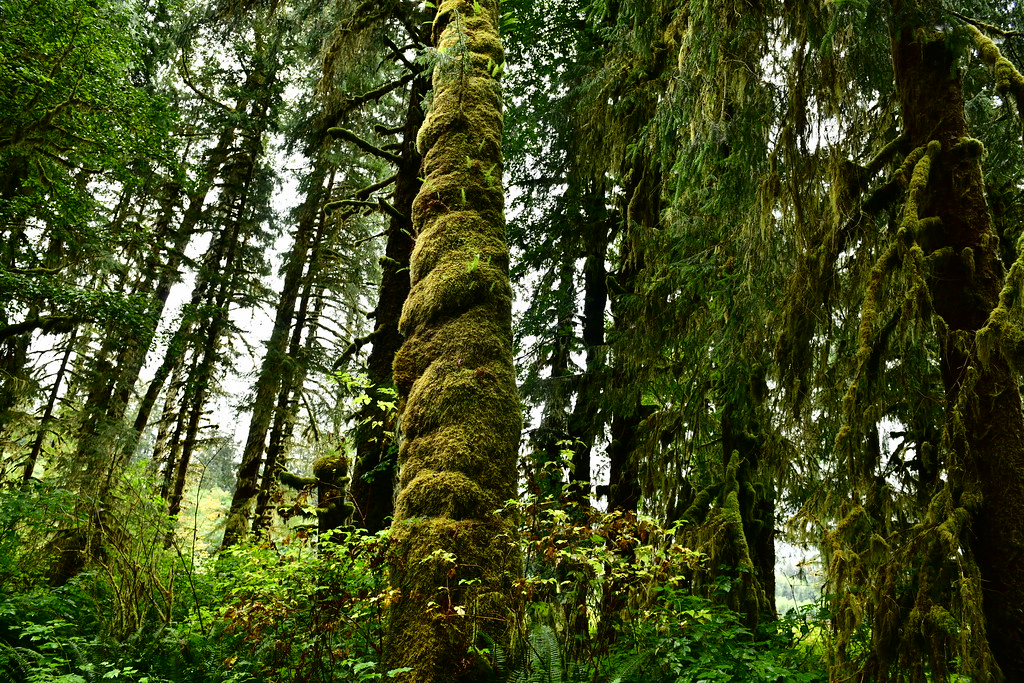 From the visitor’s center you can take a quick 20 minute 0.8 mile hike looping along the Hall of Mosses Trail: 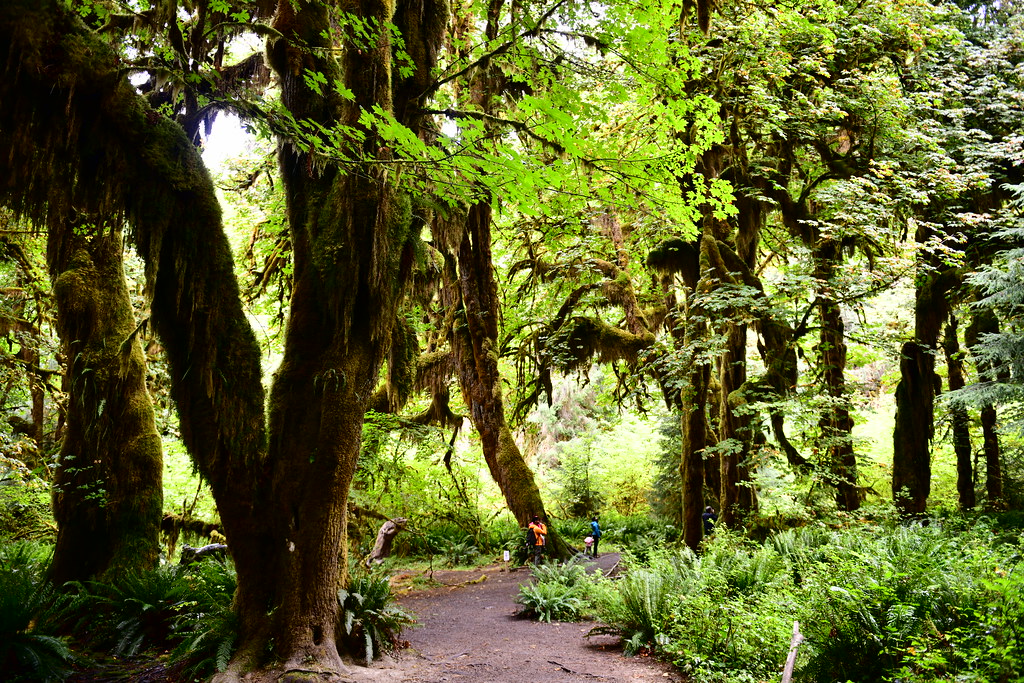 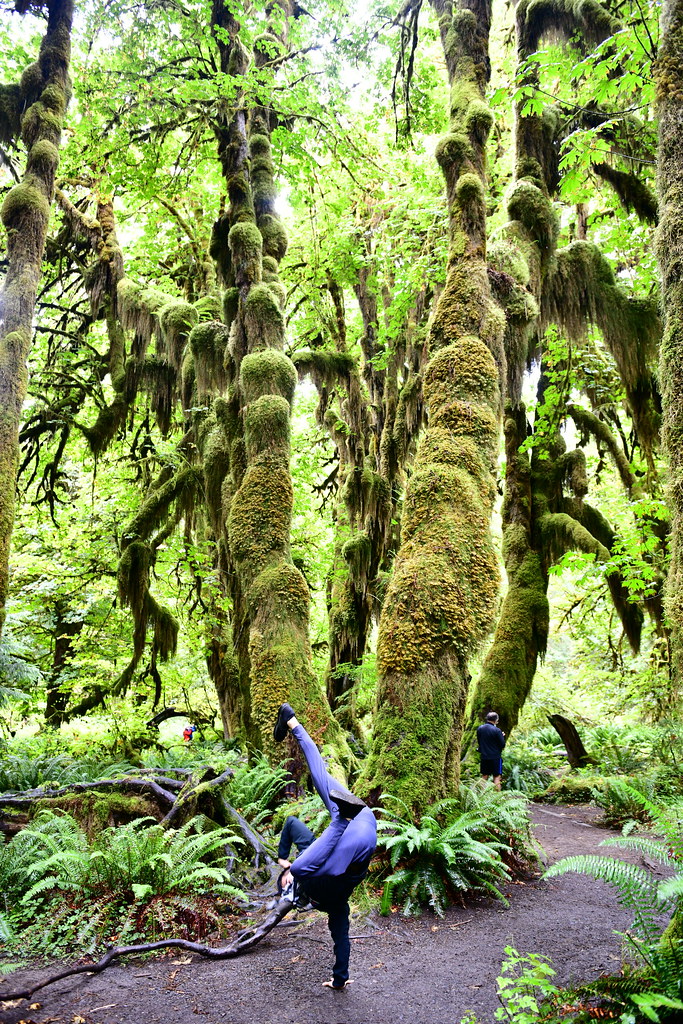 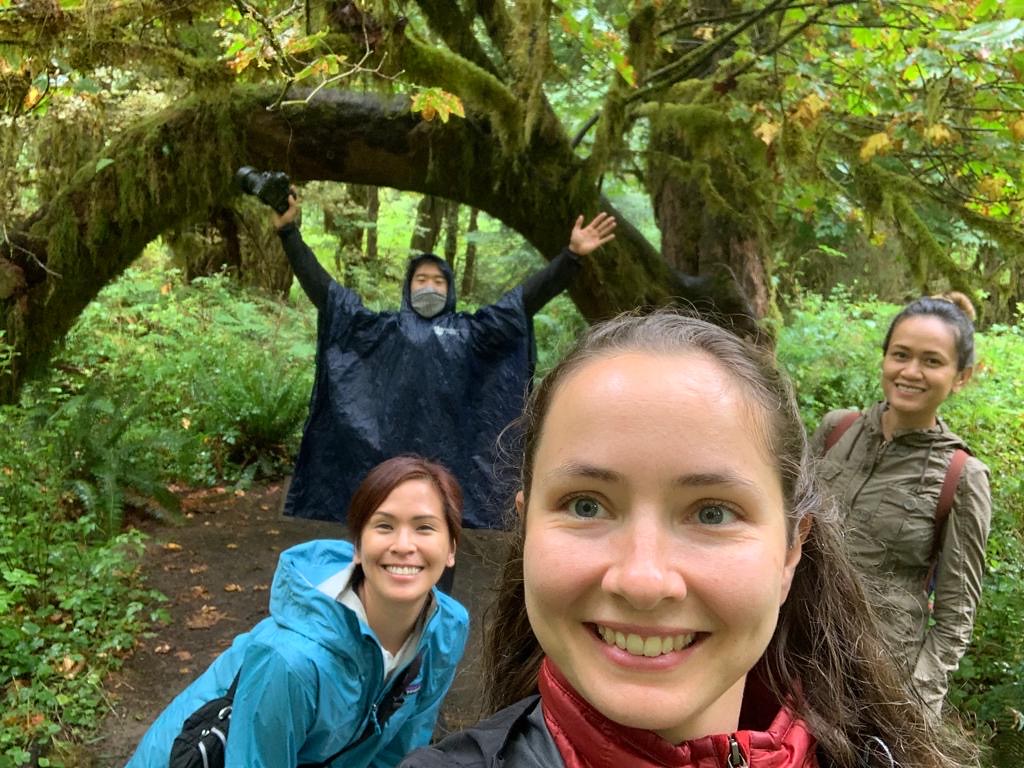 After the hike we headed back out of the forest for another hour’s drive south to the similarly picturesque Ruby Beach. 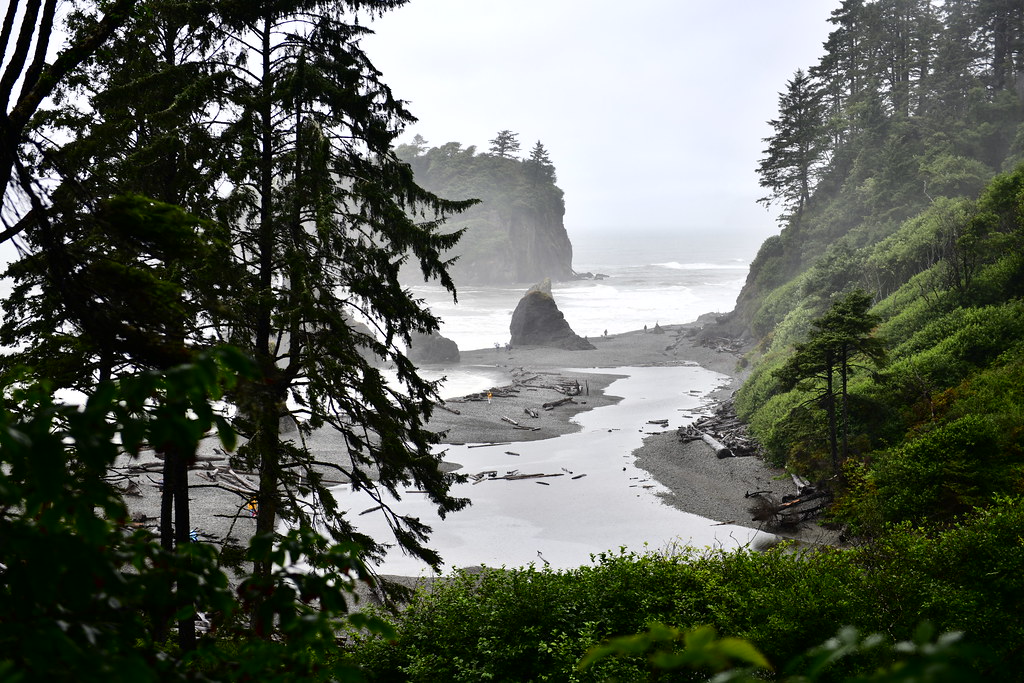 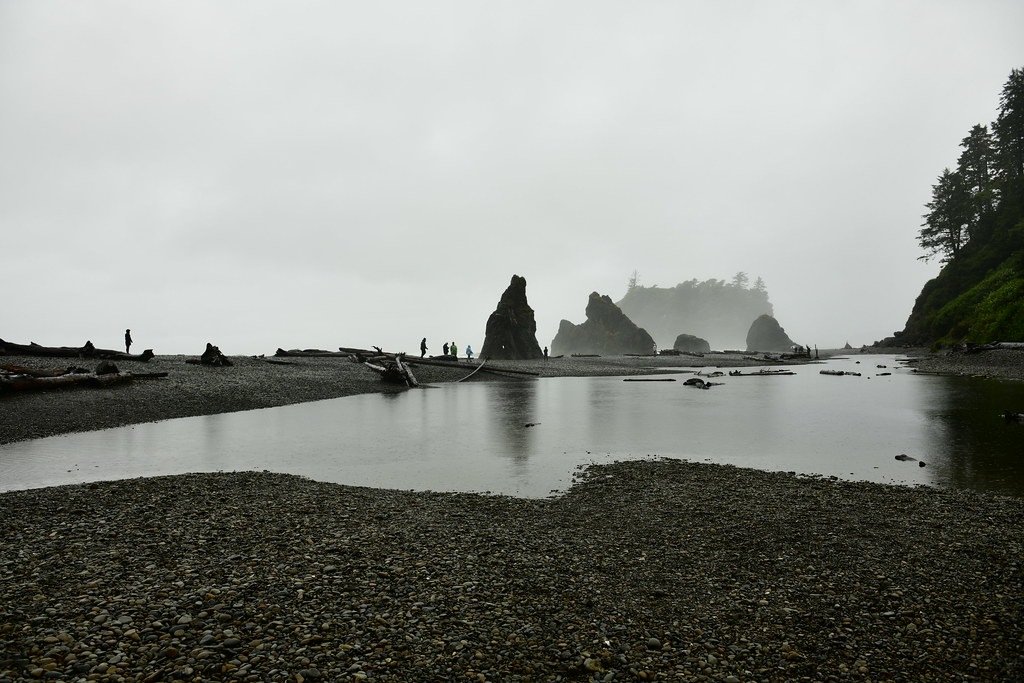 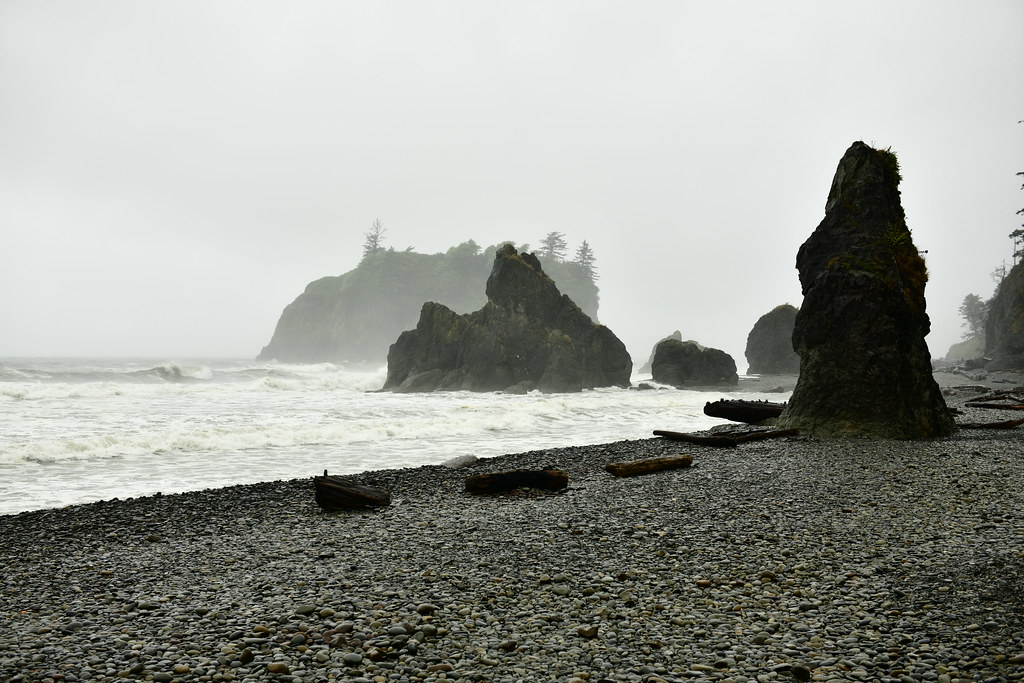 From Ruby Beach we began to get hungry, heading back inland past the Tree of Life and southeast to Lake Quinault for a late dunch: 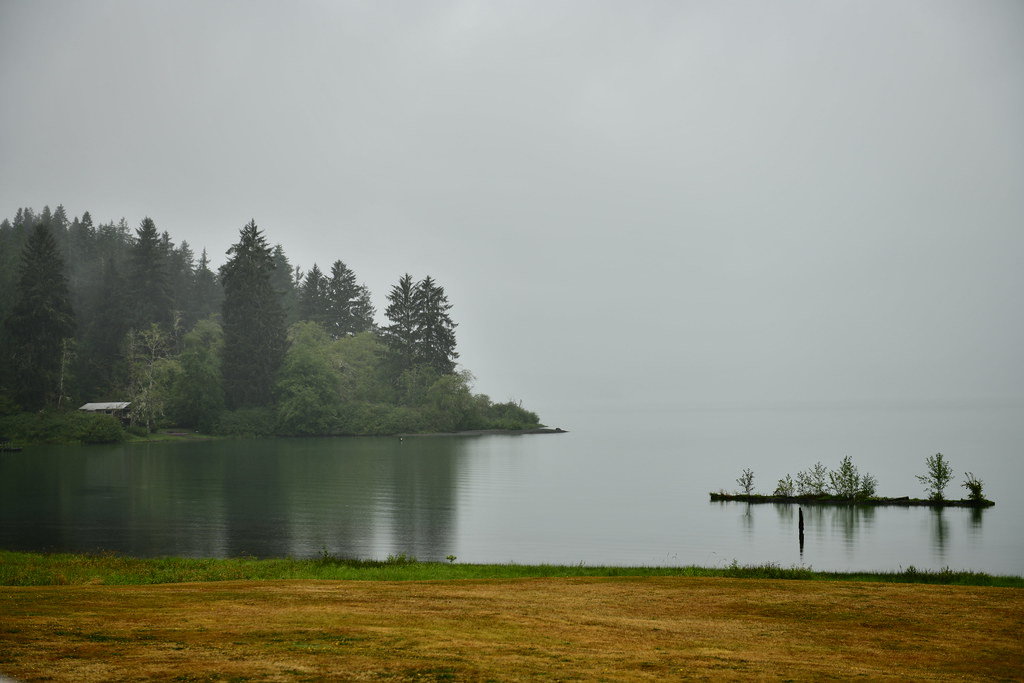 Here you can find the world’s largest spruce tree: 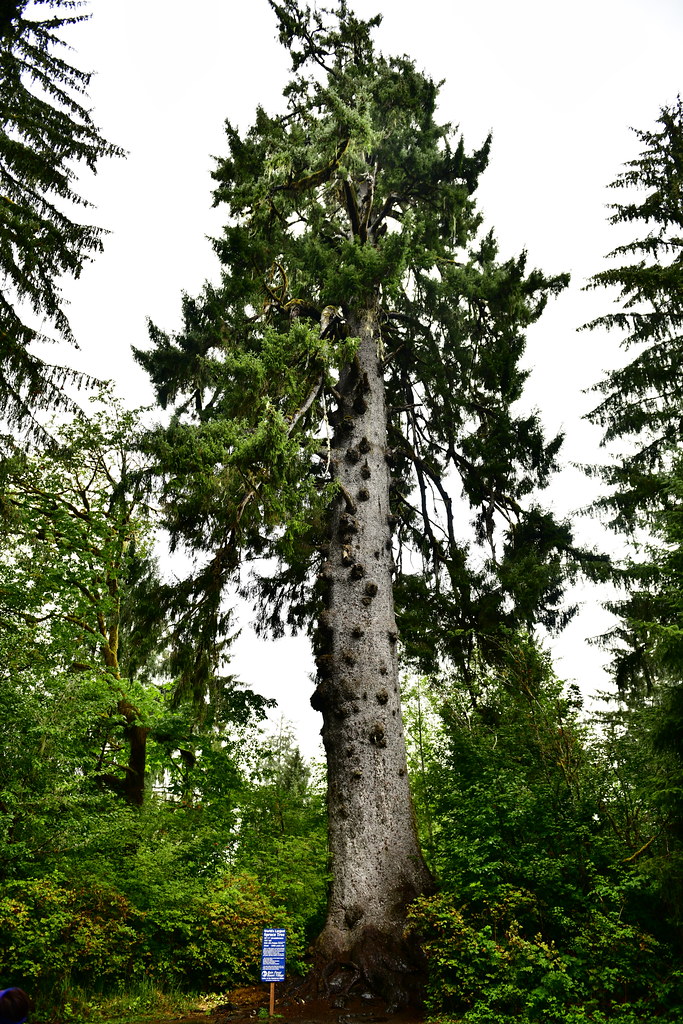 After filling ourselves with guilty comfort food and store snacks, we continued onwards another hour’s drive into Aberdeen, the birthplace of Kurt Cobain. The house where he grew up still is up today: 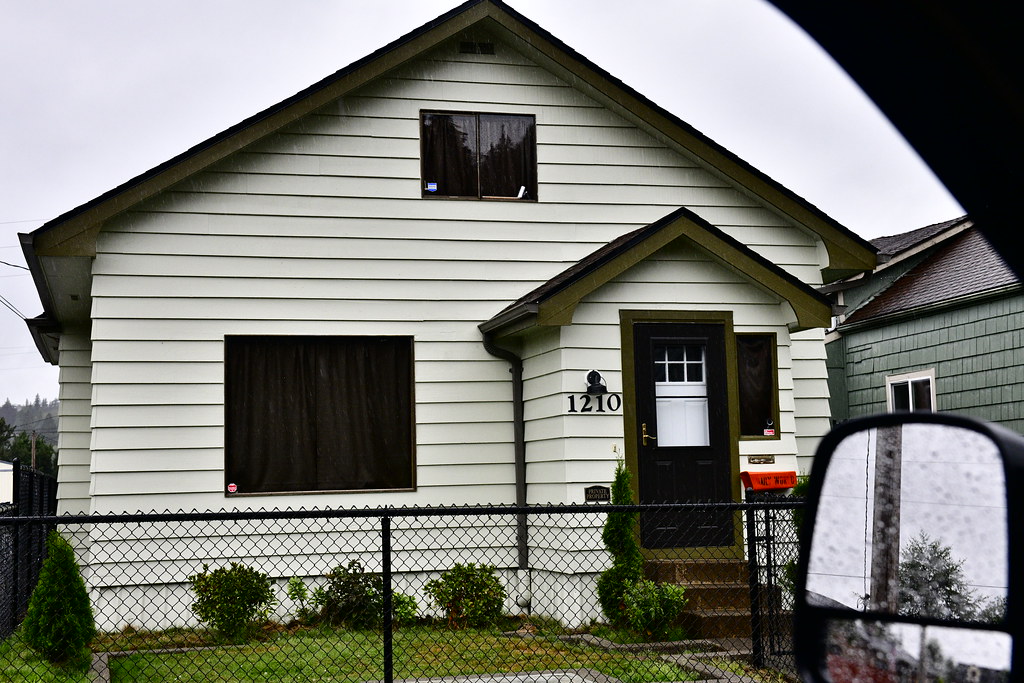 Then to finish our day of sightseeing, we took one final  detour to the enigmatic grounds of the Satsop Nuclear Power Plant, a worthy entry in the Atlas Obscura folkore. 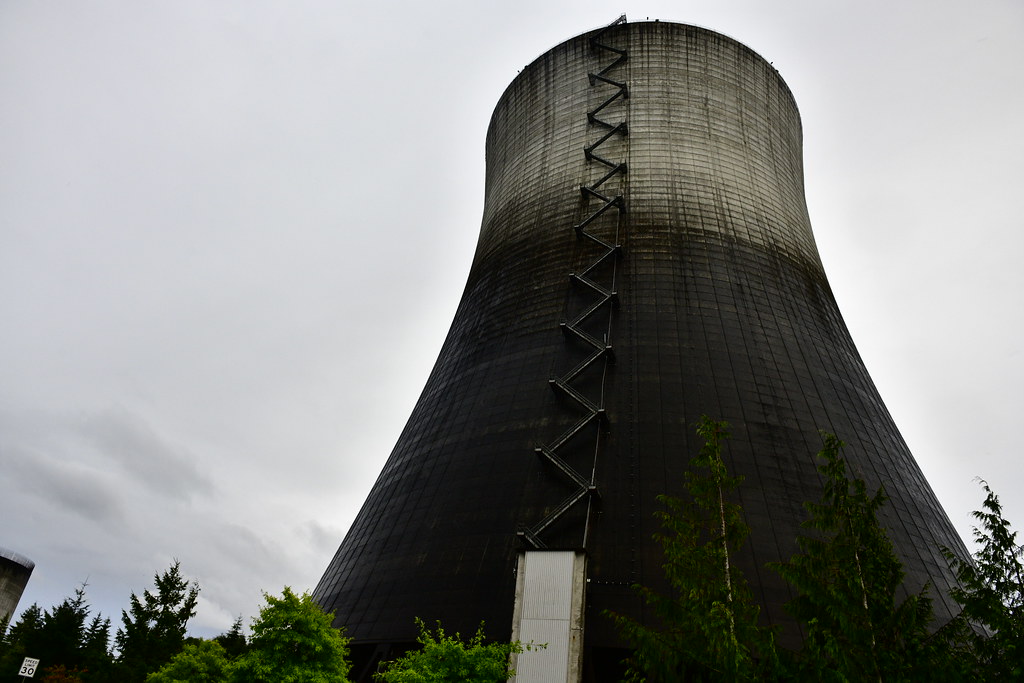 One of the most ambitious nuclear power plant construction projects in the U.S. and built to withstand earthquakes, the firms behind Satsop Nuclear Power Plant soon ran out of money and construction immediately ceased despite being half complete with gargantuan cooling towers and reactor containment domes. It stands today as a campus to an eclectic mix of uses such as world-class acoustical lab to film sets to a training site used by the City of Seattle Fire Department. 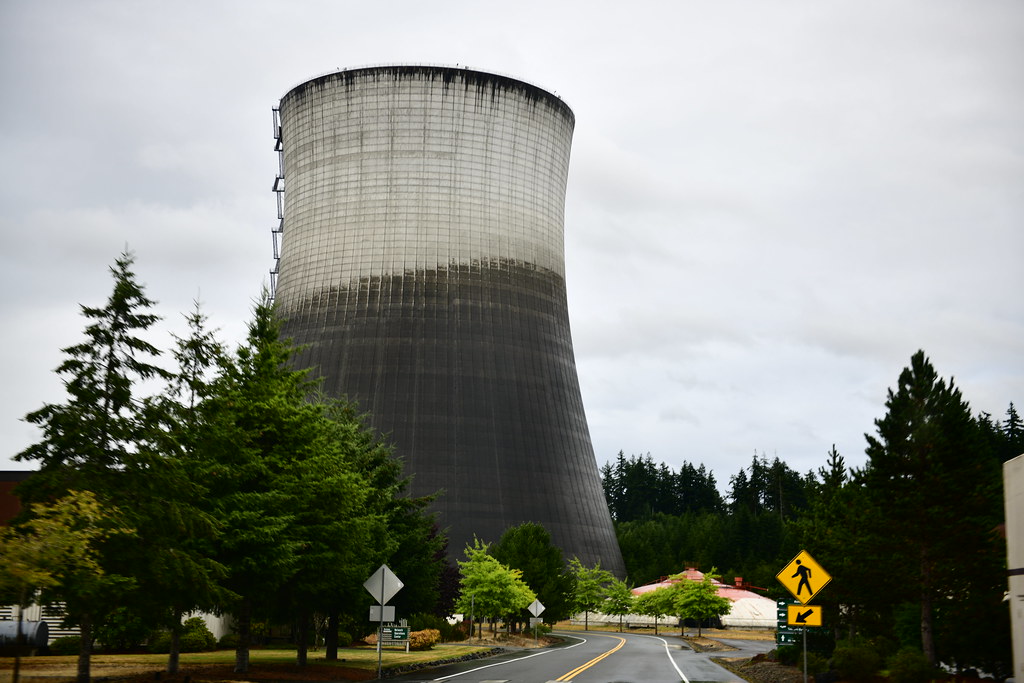 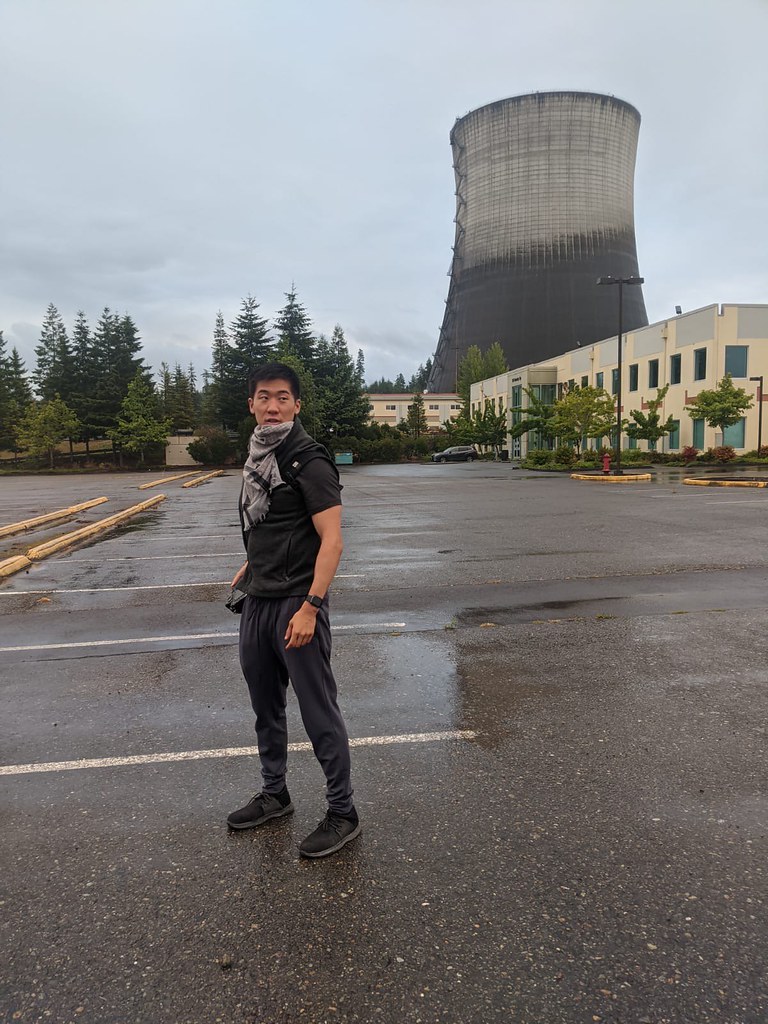 We finally ended our day in Westport at Mariners Cove Inn, arriving by 9pm.