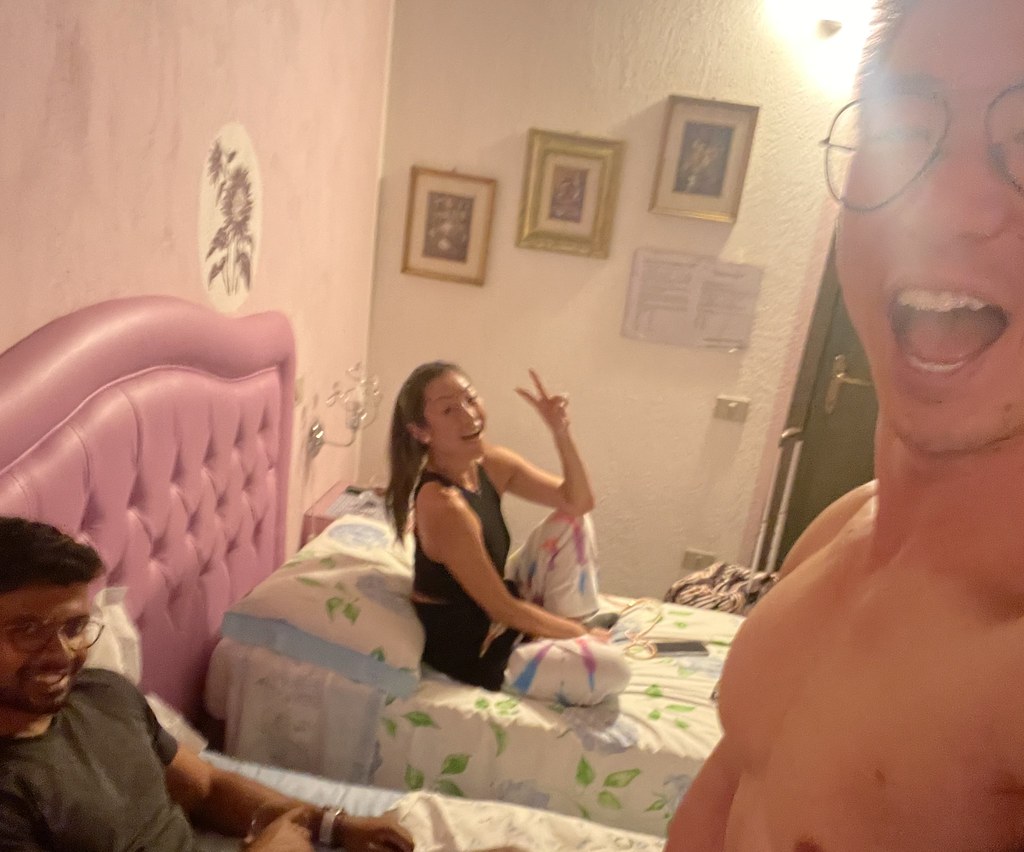 From a little village by Oristano, we then headed out north towards the Punic and Roman archaeological sites of Tharros: 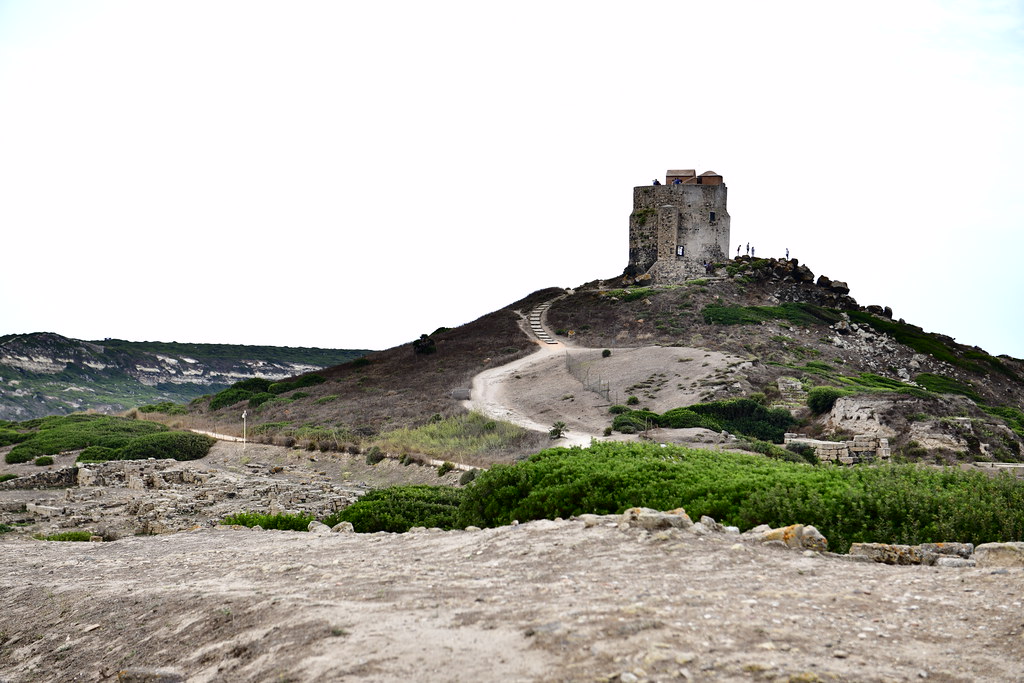 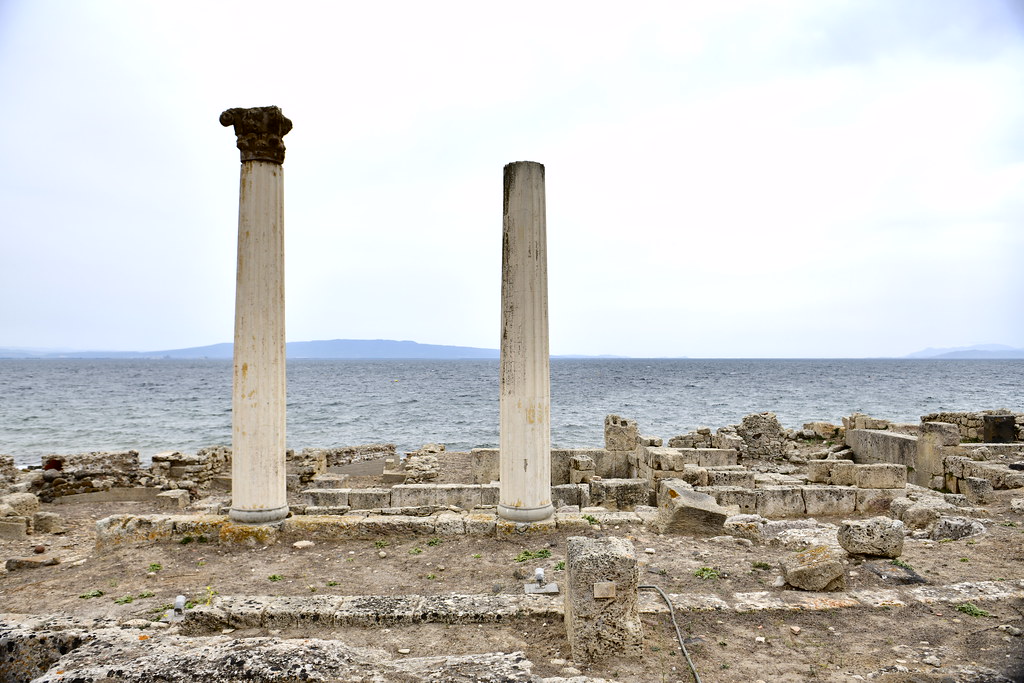 Climb to the top for views over western Sardinia: 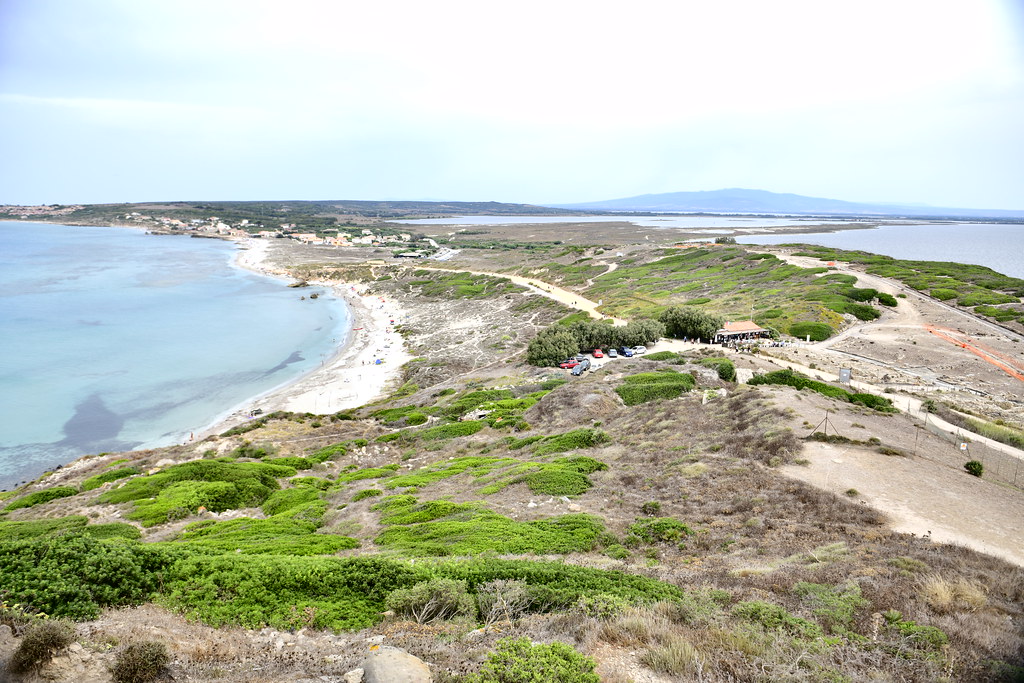 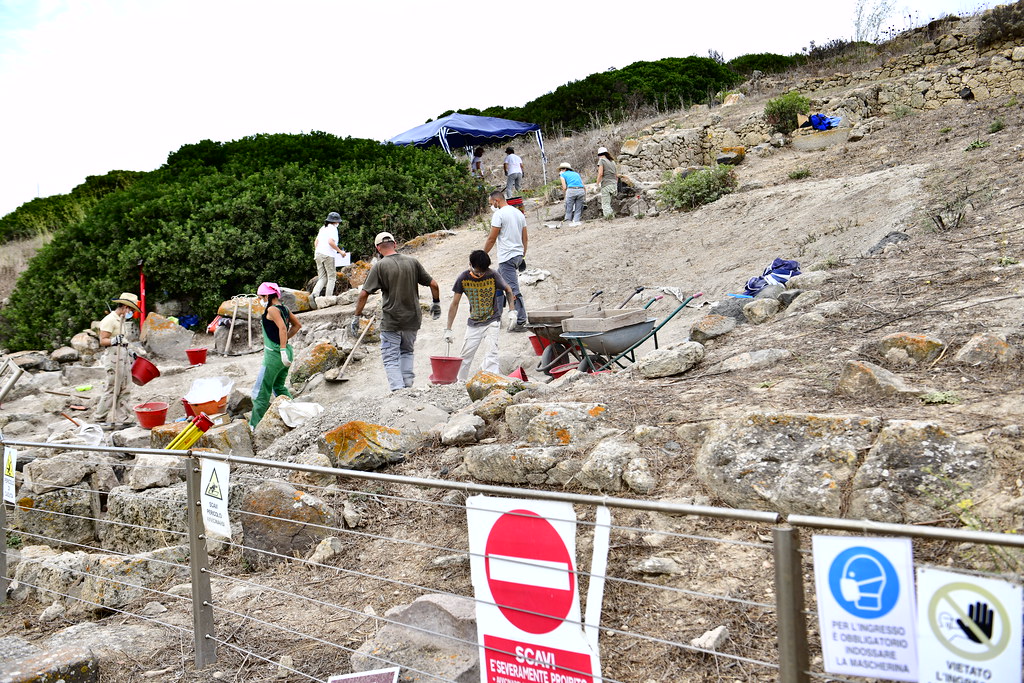 If you’re into the obscure, which sadly we didn’t have time for, namely evidence of the pre-period from the Paleolithic till the middle Bronze Age (when the Nuragic civilization lived on the island), check out colossal 6 meter tall monolith Menhir di Monte Corru Tundu — one of the largest in Sardinia — located north of the town of Villa Sant’Antonio: 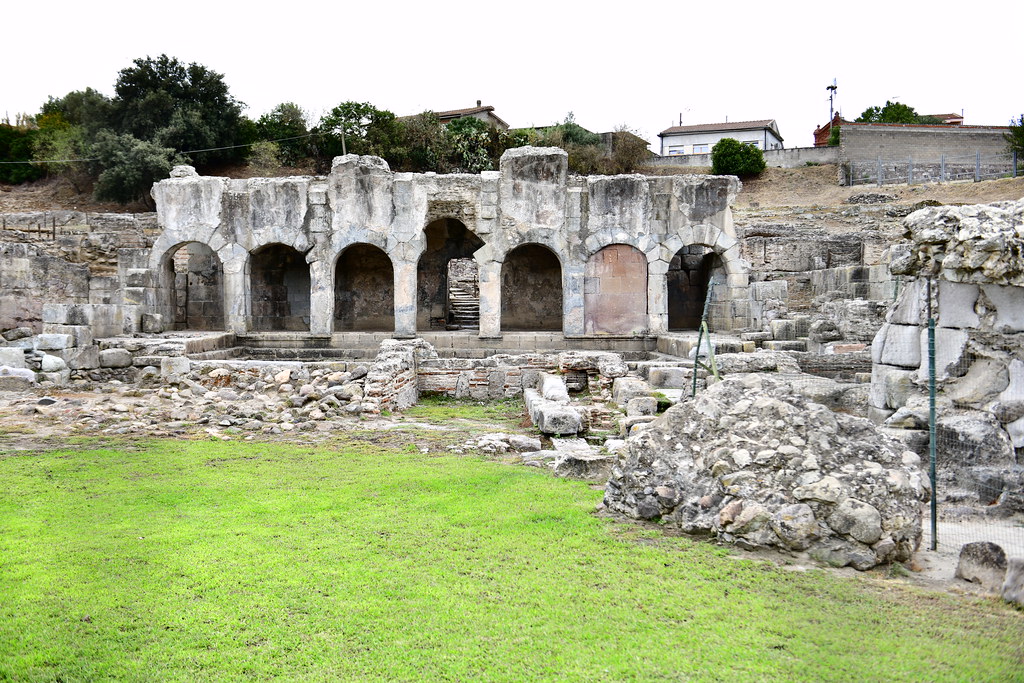 More ruins to the north at Nuraghe Losa: 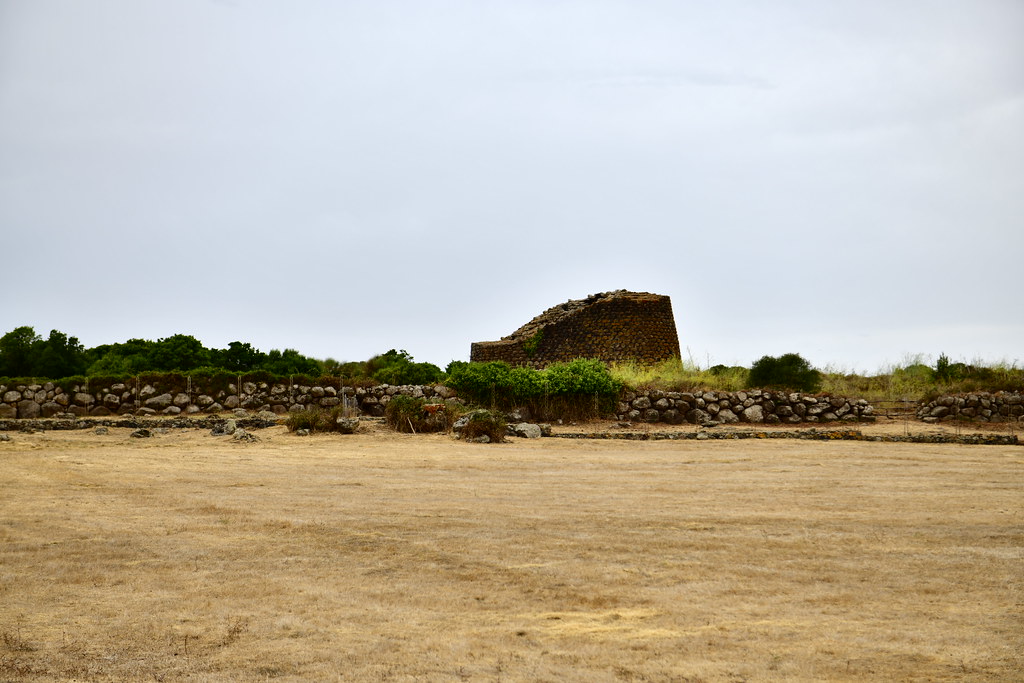 Then passing through Sassari, we stopped at Church of the Holy Trinity Saccargia, built in 1116: 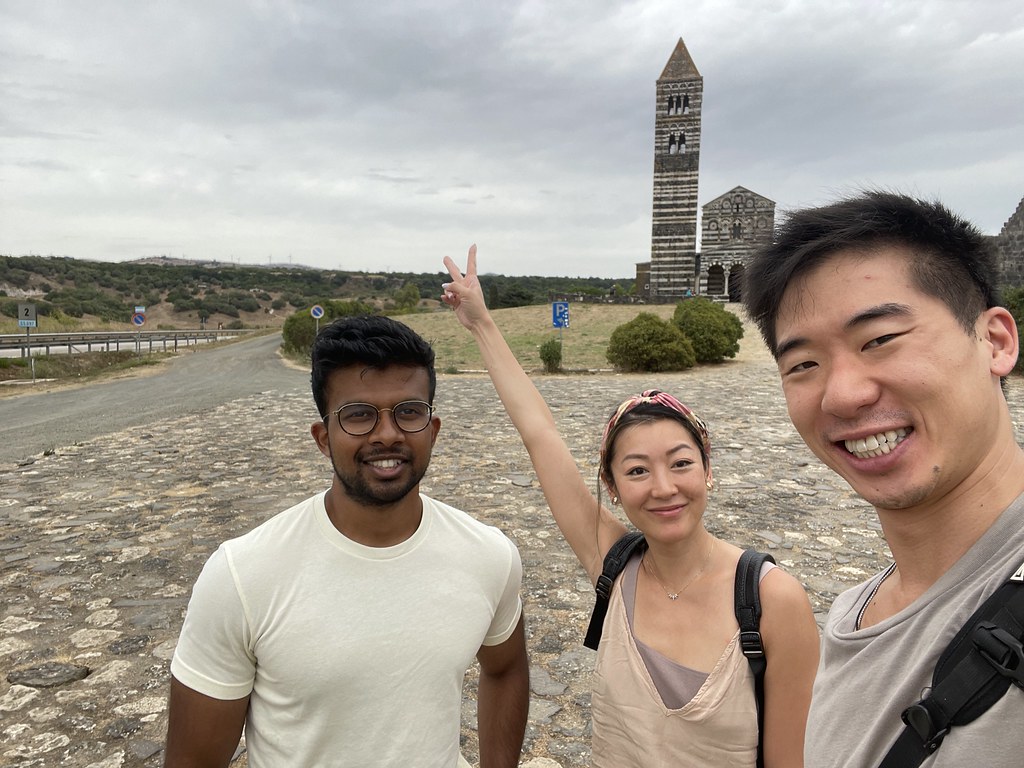 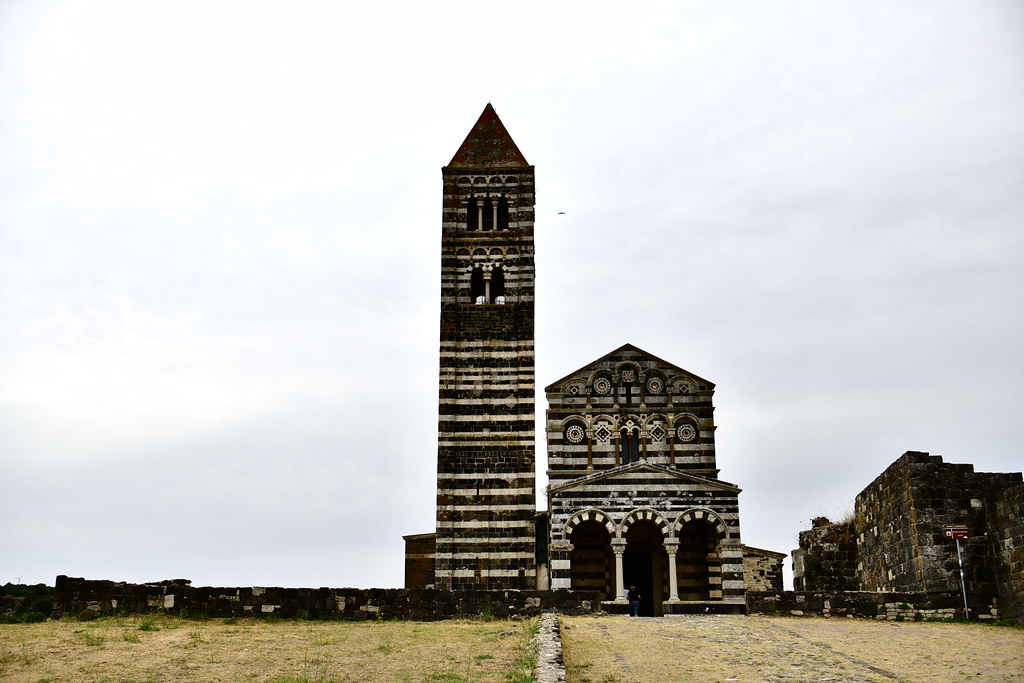 We eventually reached marble-lined port city of Olbia by the evening, reuniting with the other early arrivals for Yacht Week: 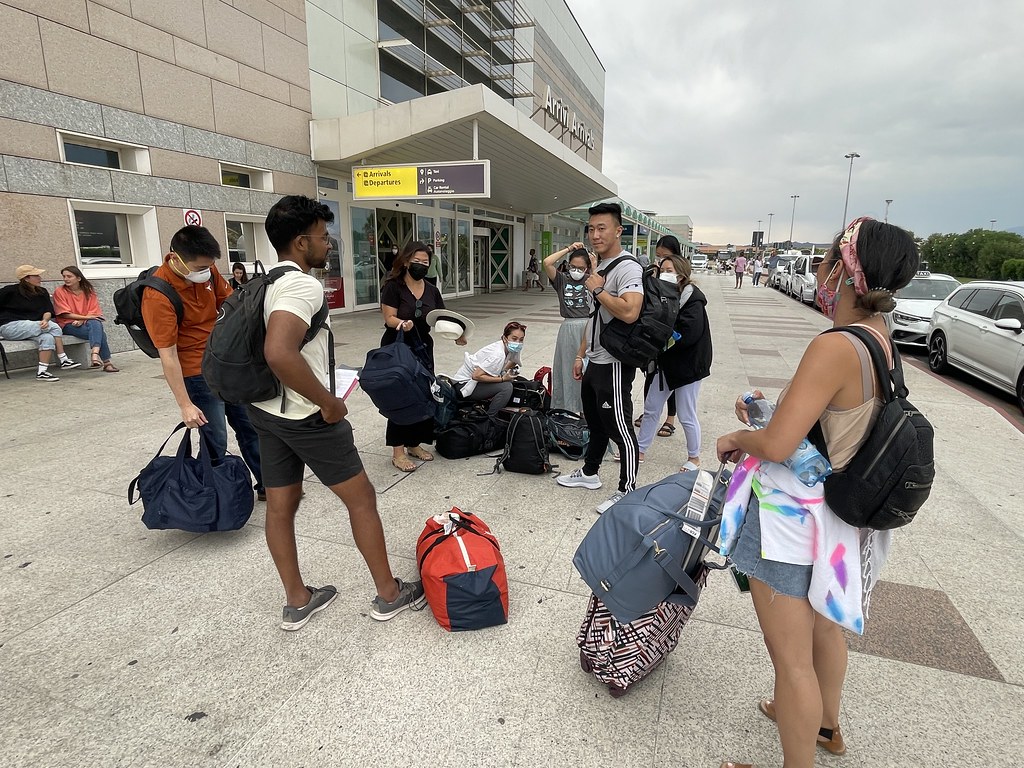 For 5 euros per person we headed into the city and checked into our lodgings at La Residenze del Centro: 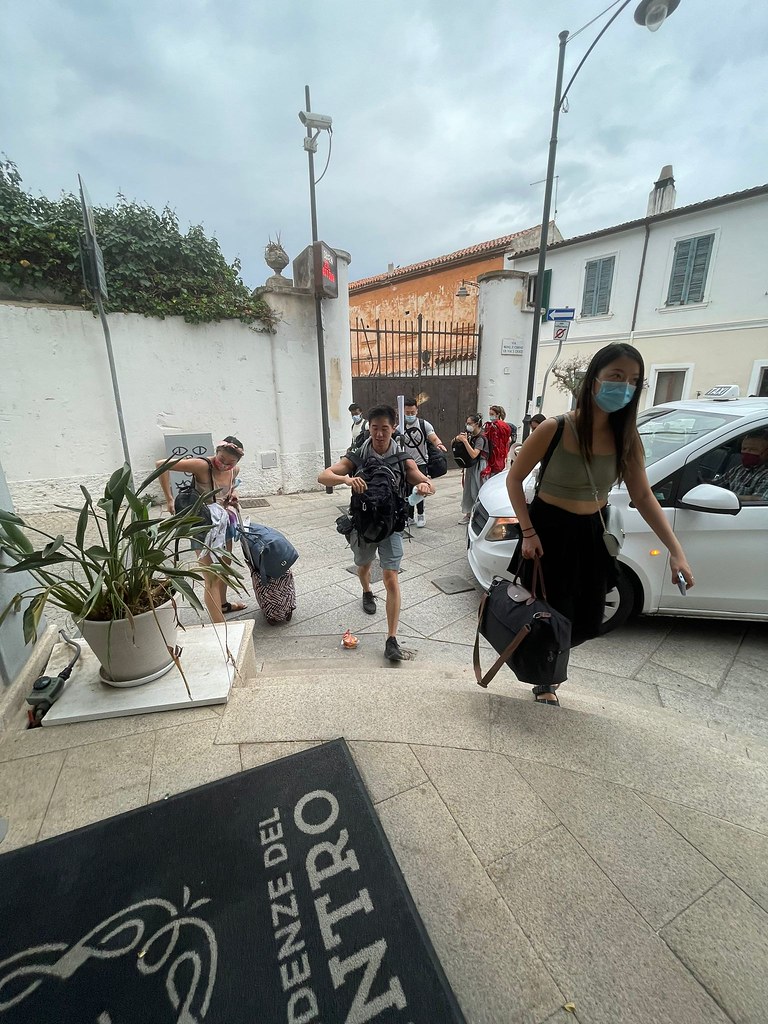 Now having dinner at Art Academy before a night of gelatos and wine! 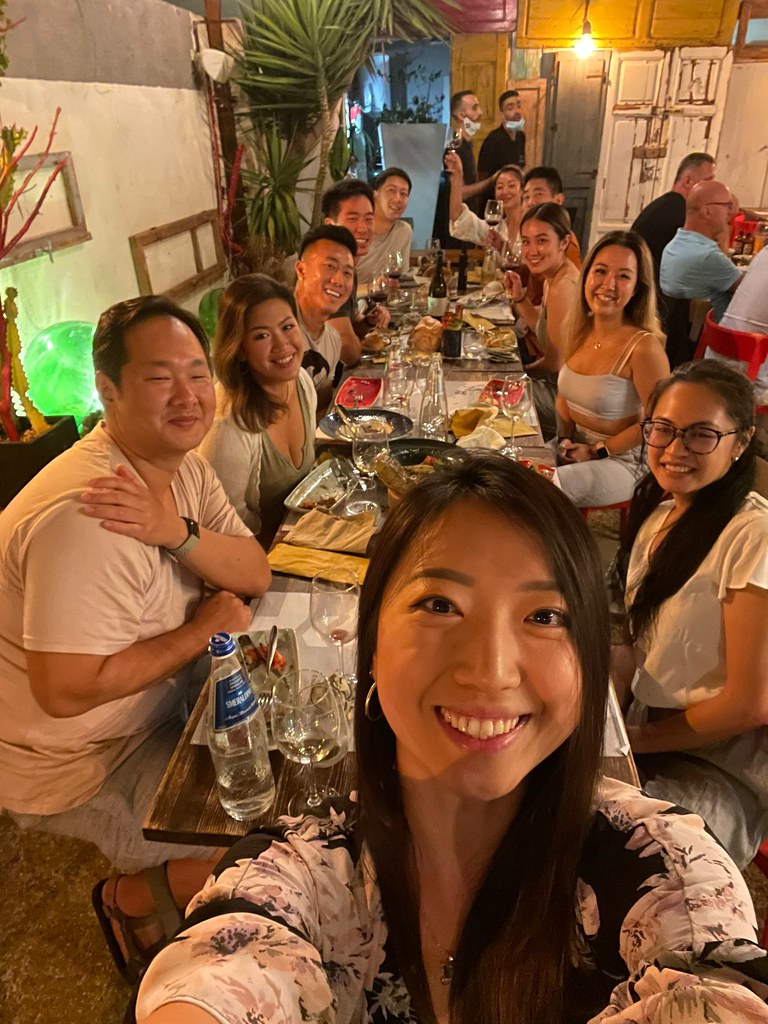 The next day it was like an episode of The Amazing Race as groups of our monsooners began to arrive in waves: 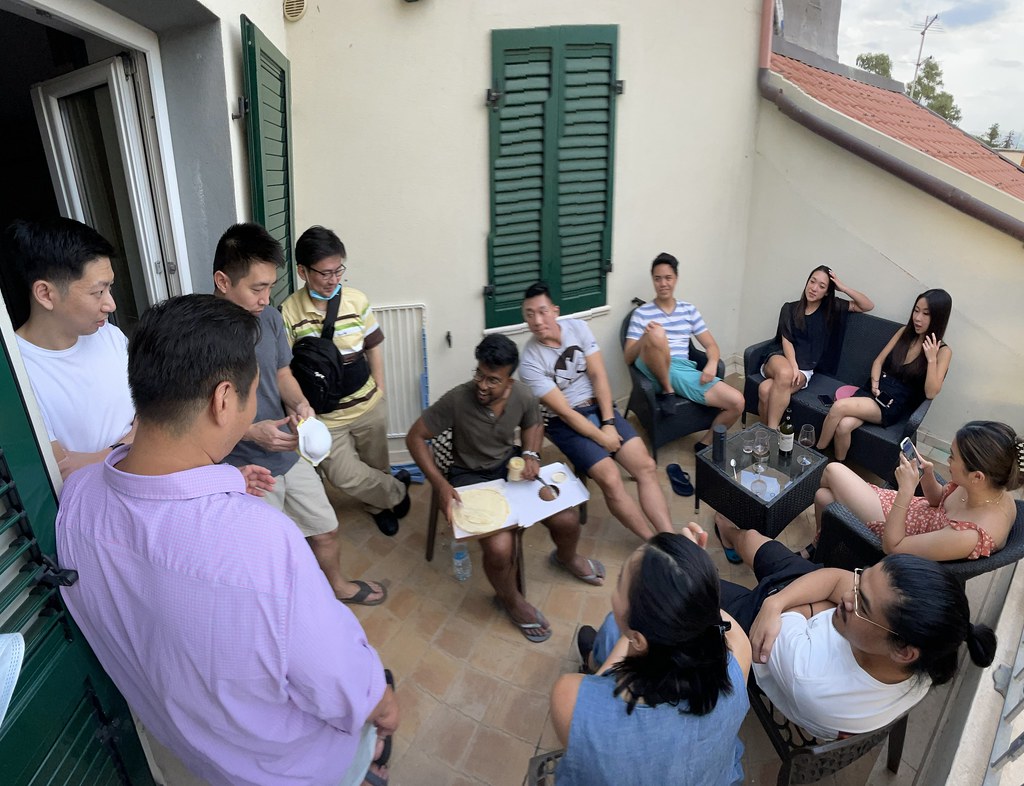 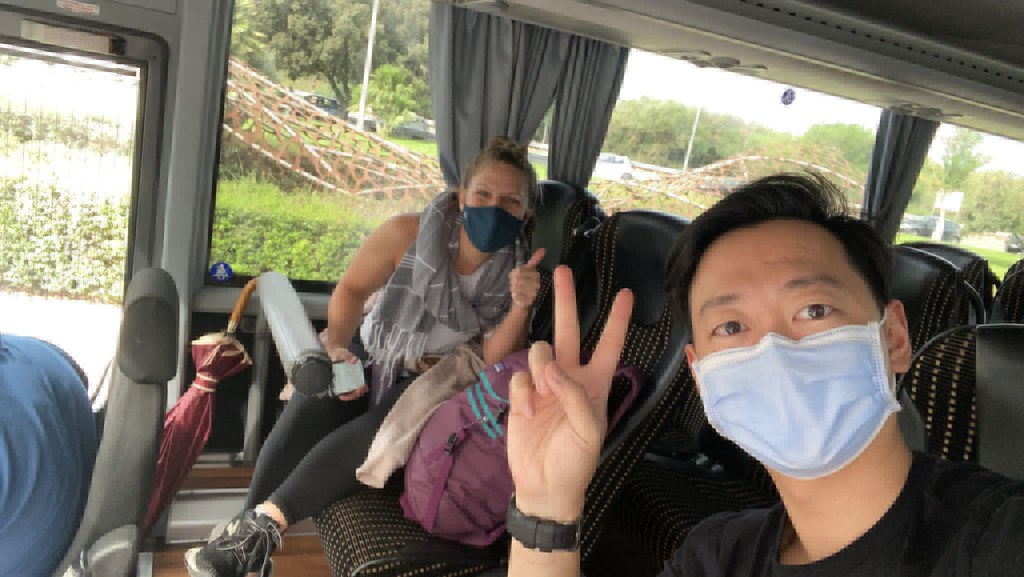 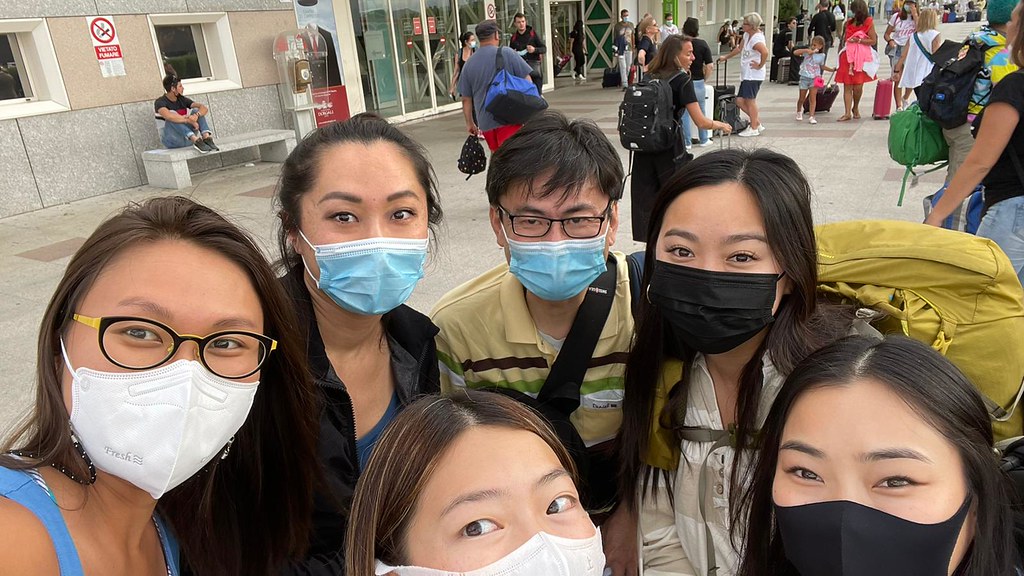 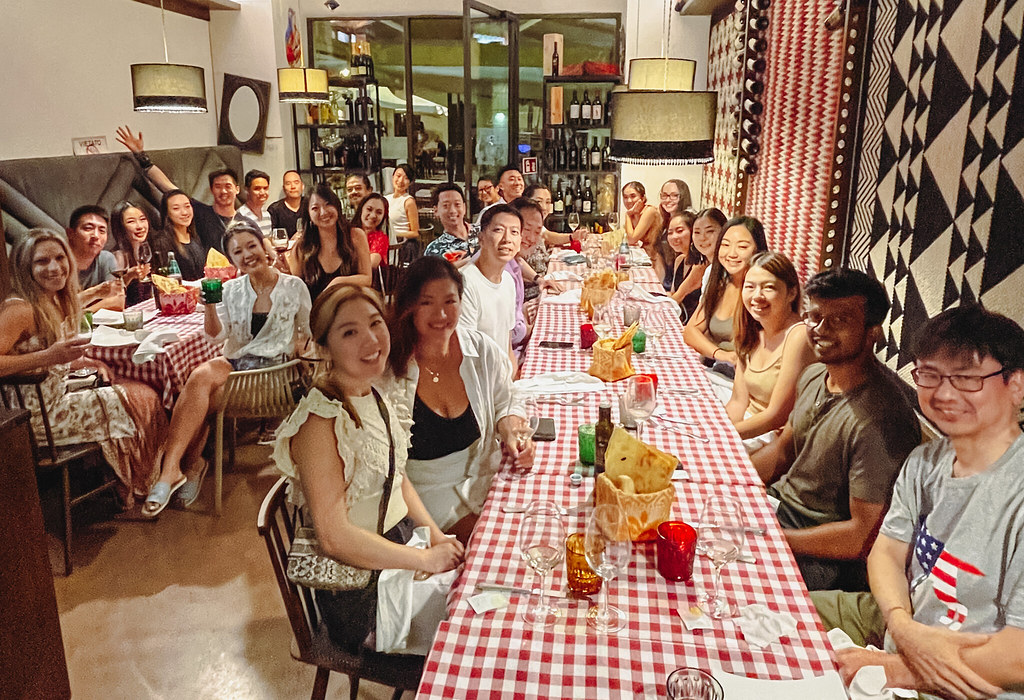 One final orientation before our movie begins. 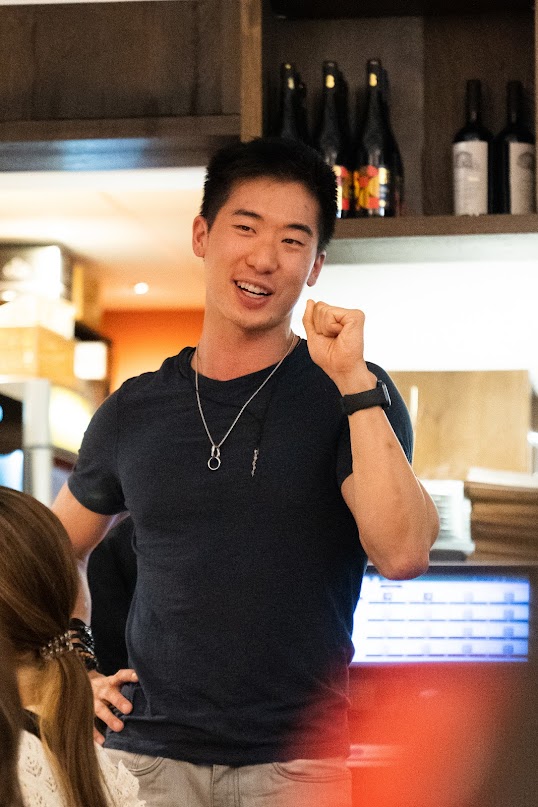