“Cagliari” Take Me Away From Florence

Another monsoon begins, and this time in Sardinia: the Italian island between where we were only 1 month ago among the Balearic Islands and the Italian peninsula.

I finally got to redeem all the thousands of miles I accumulated over the year of the pandemic without using any of it; I decided to give SWISS Air’s Throne Seat another go despite the mid-flight emergency I had nearly exactly 2 years prior where I asked the captain to make an emergency landing in Halifax, Nova Scotia for a woman in distress. 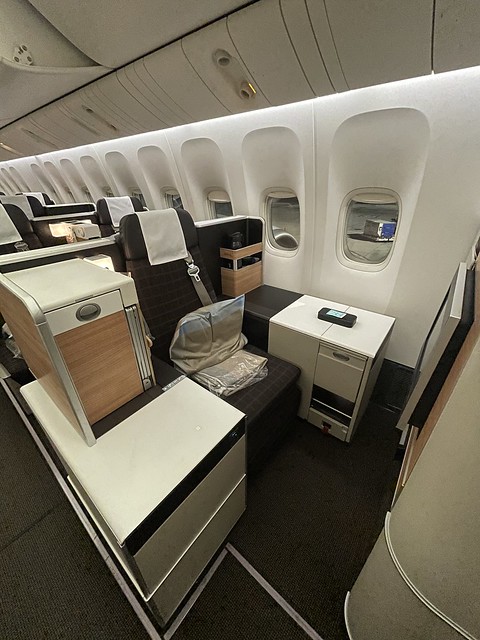 This time, there was no mid flight emergency; I even got in a solid 6 hours of sleep in before arriving in Zurich!

After 2 hours there resting up at Swiss Air’s Business Class Lounge, I headed on to Florence. They have such a tiny airport here that there wasn’t even a transit option; I summarily walked out of my gate into arrivals, which was outside and next to a 1.30 euro tram that takes you directly into Florence city center in 20 minutes. 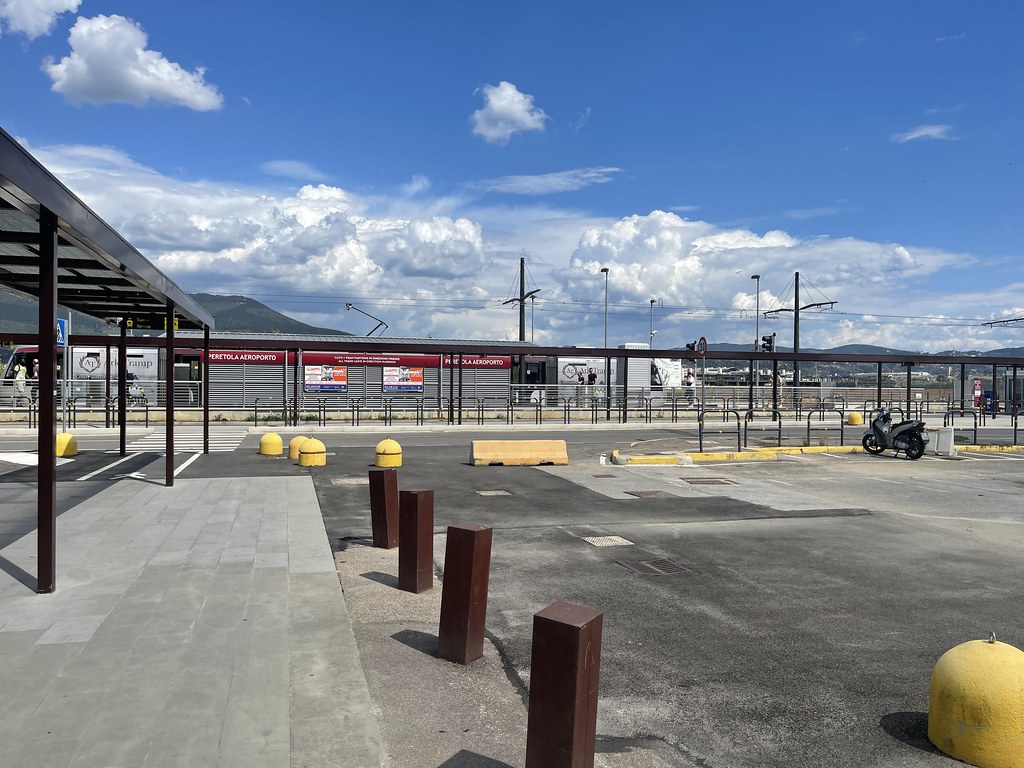 Taking that as a sign of my next step during my 4 hour layover in Florence, I did just that.

And while on the tram not knowing what my next step would be and whether I should find left luggage at the main train station in the city or carry it around with me, I got a text from Patricia — a monsooner on our Cyprus trip 2 months ago and this upcoming trip to Sardinia — who happened to have ALSO just arrived in Florence and checked into her hotel.

When I then asked her where her hotel was, she replied that it was right next to my tram stop in the city (!), 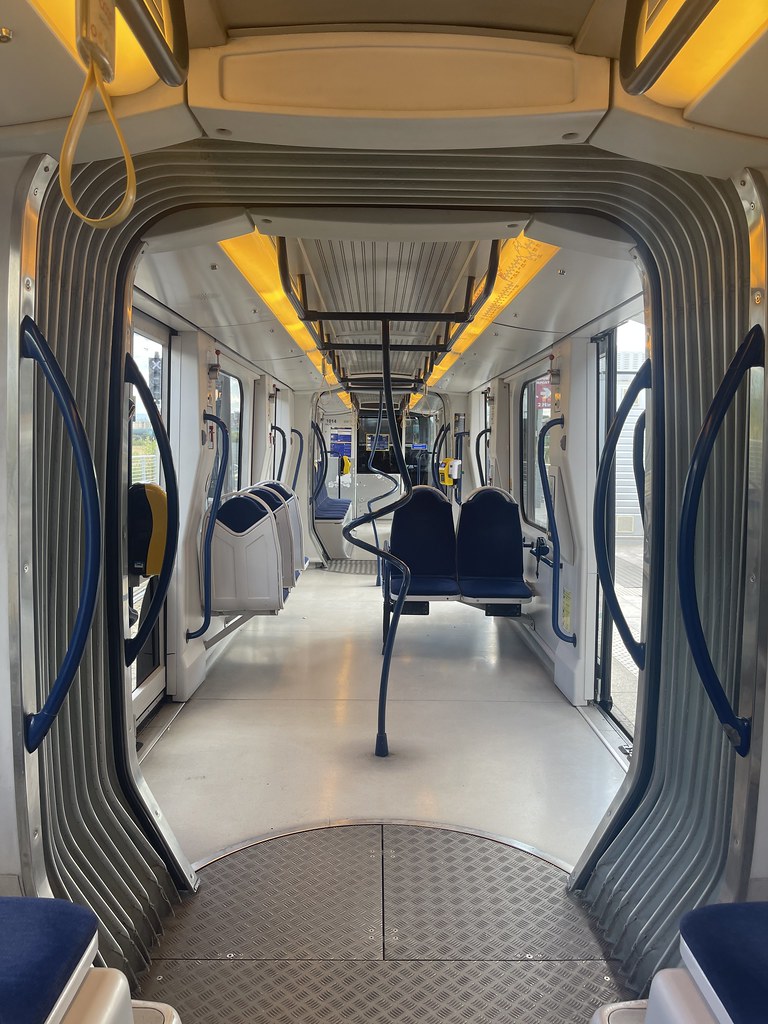 WHAT MAGICAL SERENDIPITY AND CONVENIENCE IS GOING ON HERE. 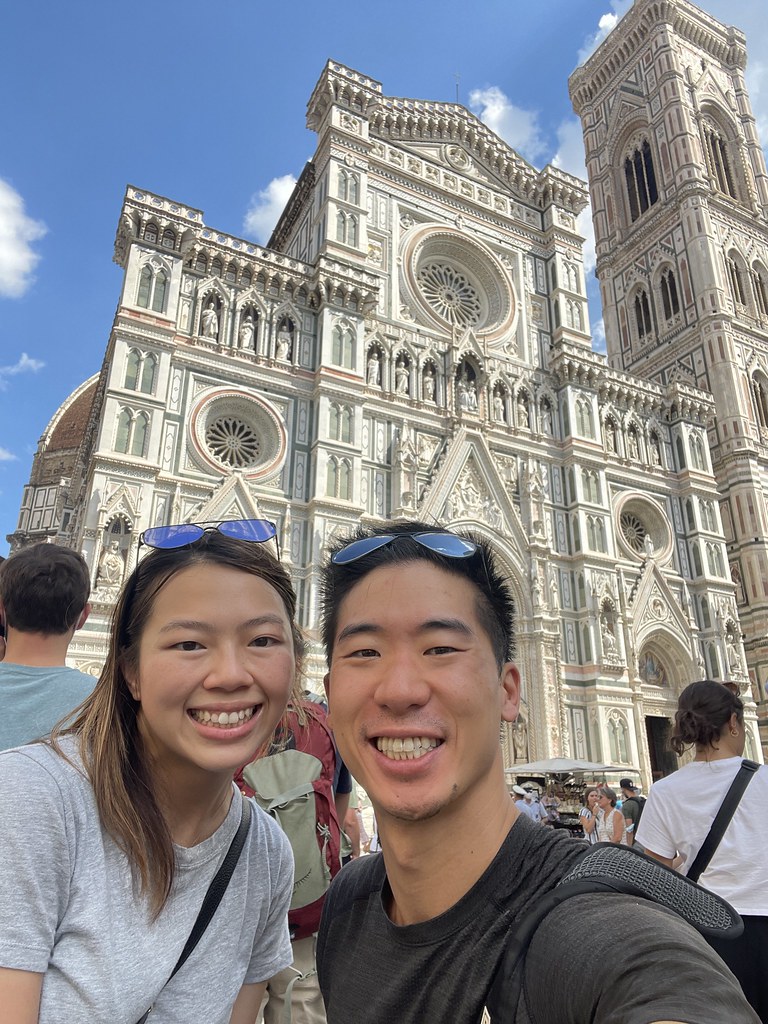 While I only had 4 hours in Florence, it was a memorable 4 hours to spend as a layover.

This is the unbelievable Santa Maria del Fiore Cathedral, the third largest in the world: 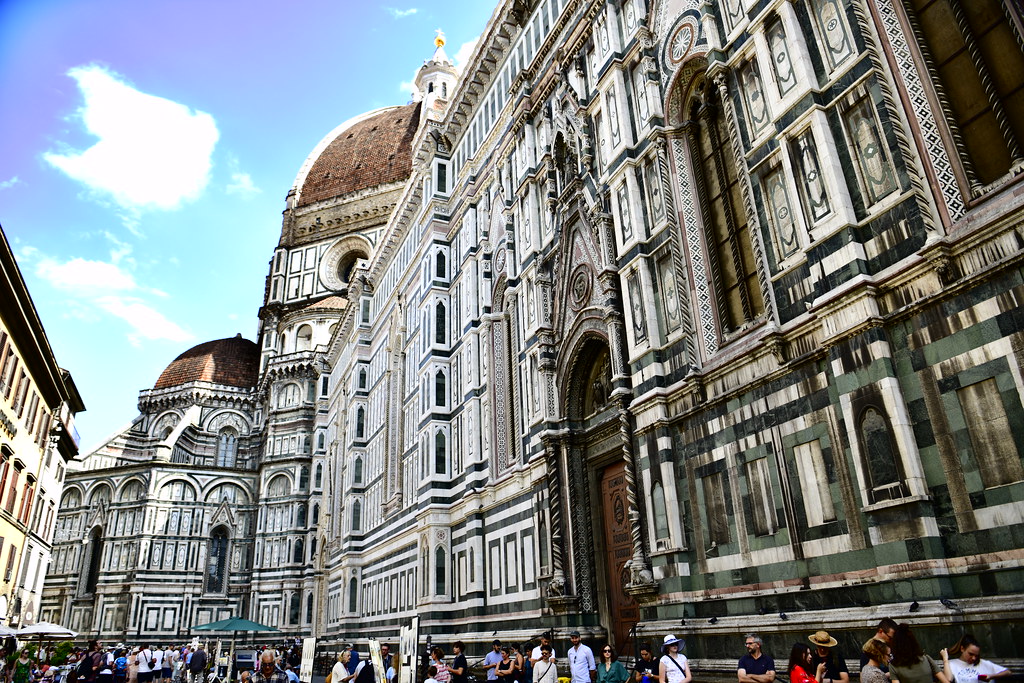 From there then sauntered around in all directions aimlessly, notably walking across the medieval era Ponte Vecchio Bridge without realizing a few minutes later that it’s famous for the many shops built along it that have remained on the bridge since: 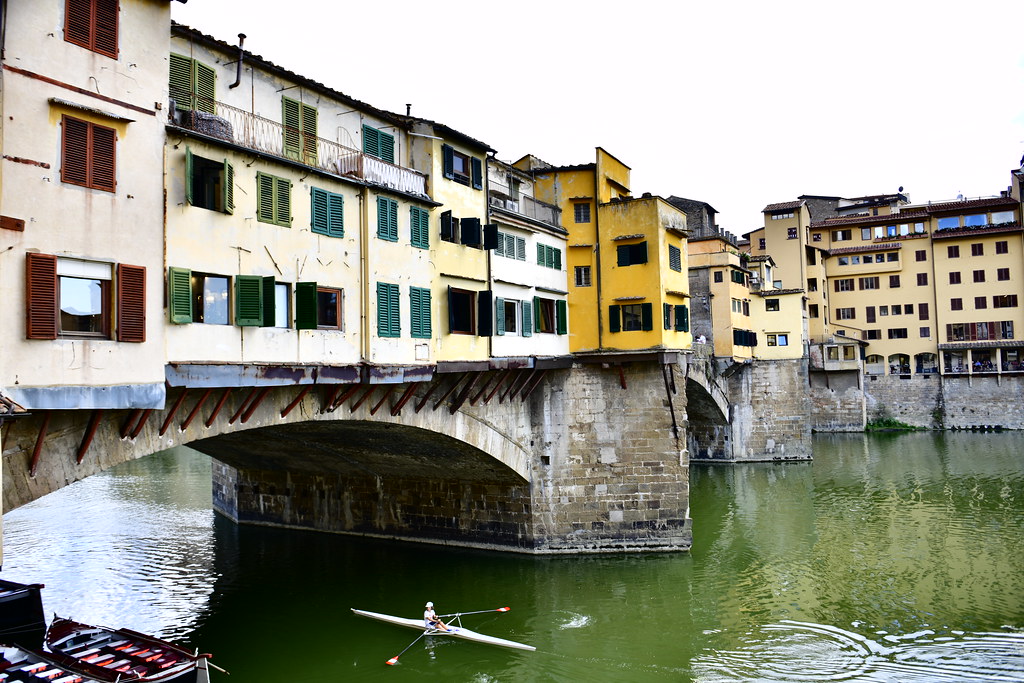 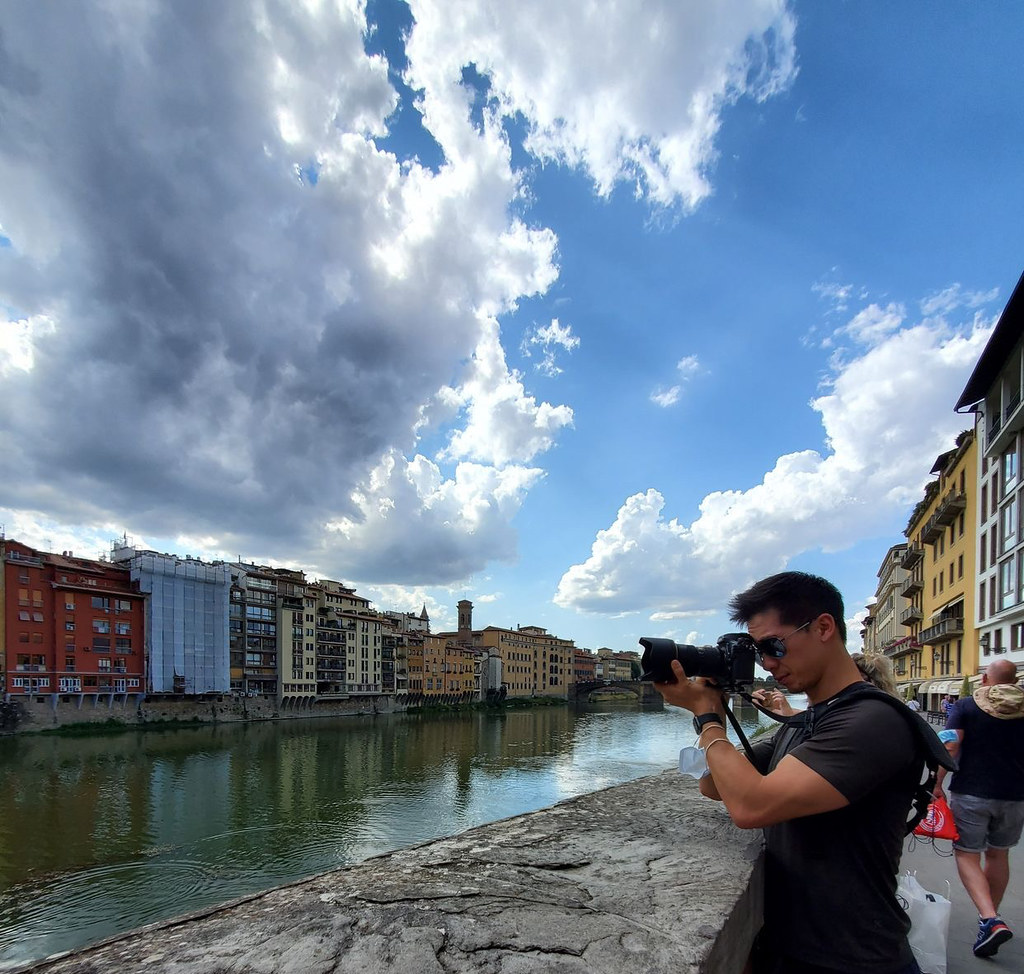 Once we reached Uffizi Museum, I dropped Patricia off so she could check out the museum … 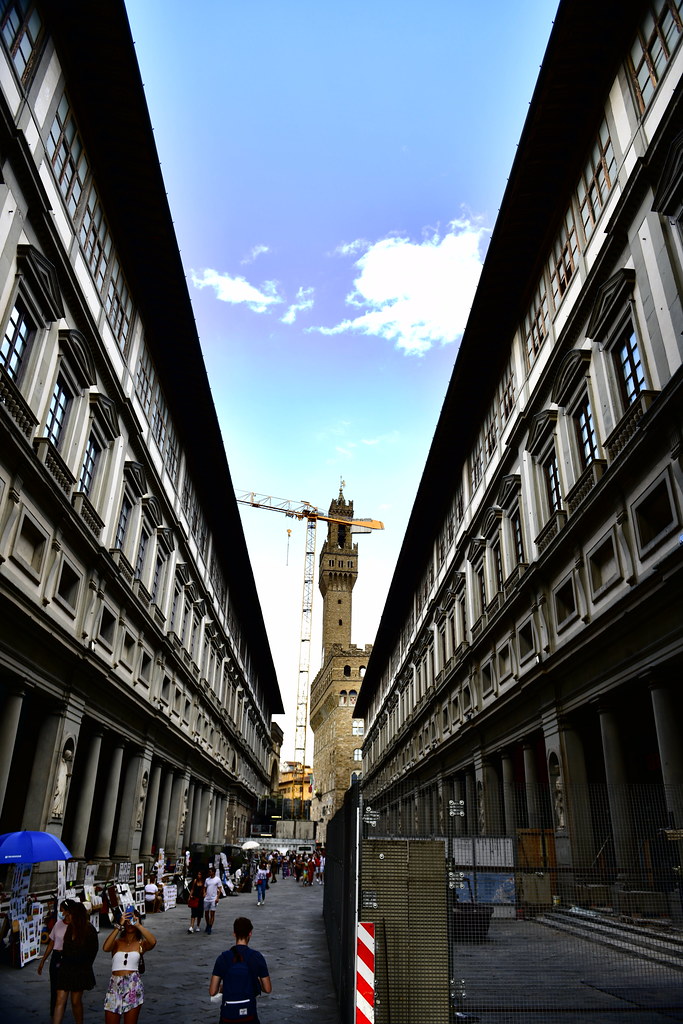 … while I rushed back to pick up my bags from her hotel room and make it to my flight onwards to Cagliari. 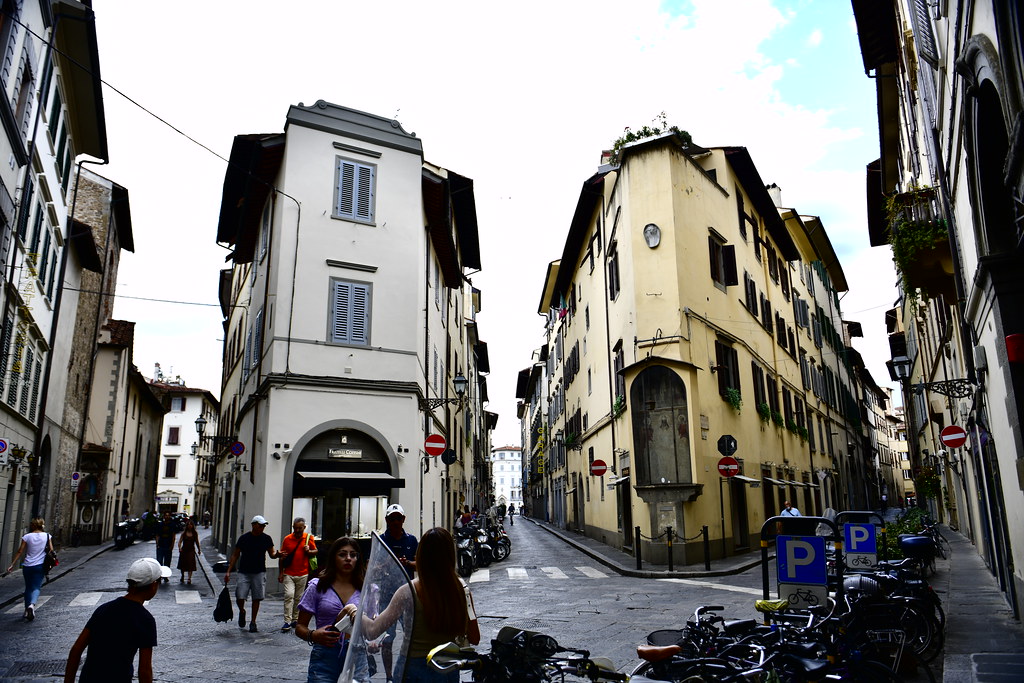 During the 1 hour flight I befriended a girl from LA named Ani (she remarked about my keffiyeh from Socotra!), but alas the conversation would be cut short as I said my goodbyes to her and her friends after arriving at around 8pm: 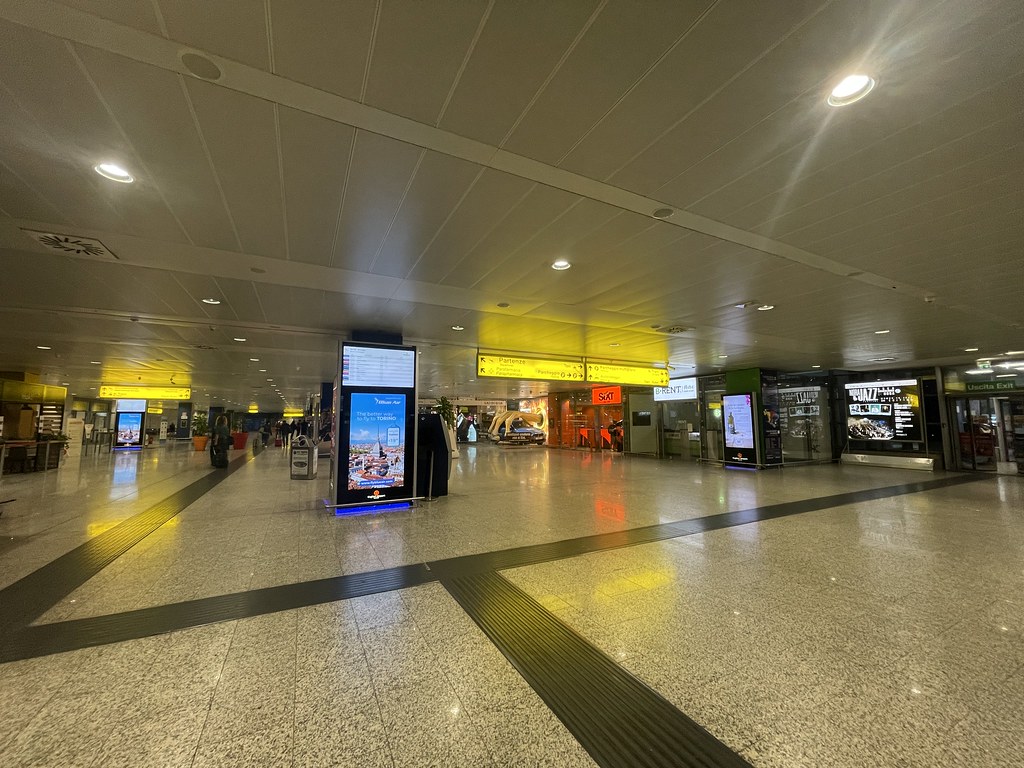 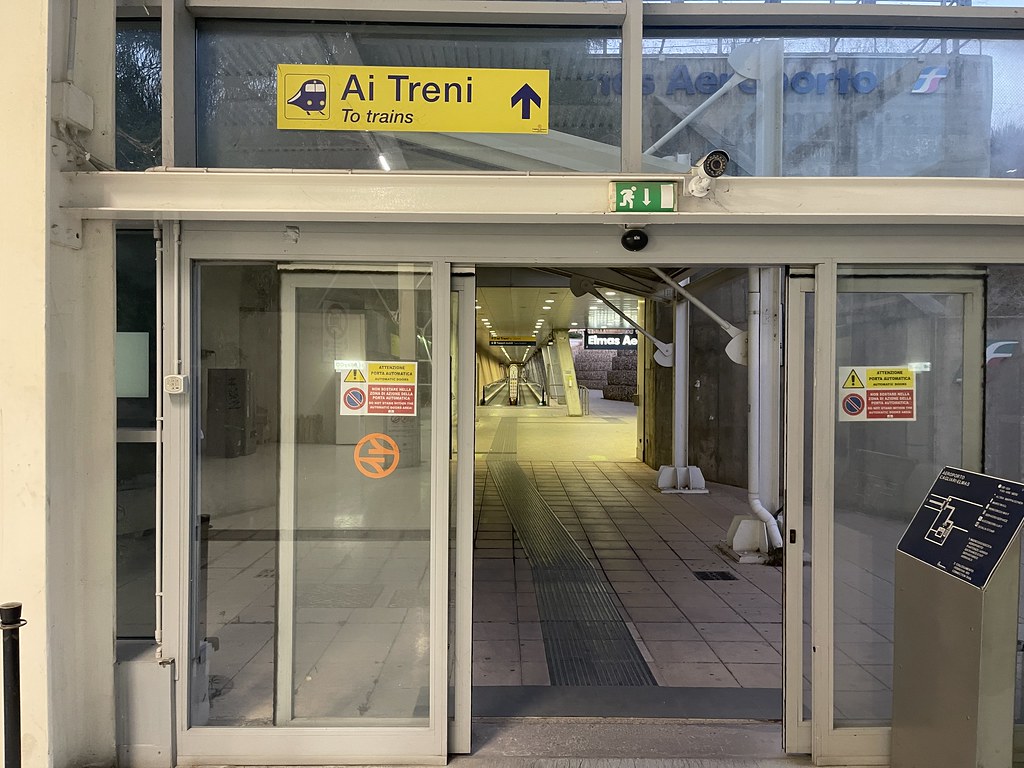 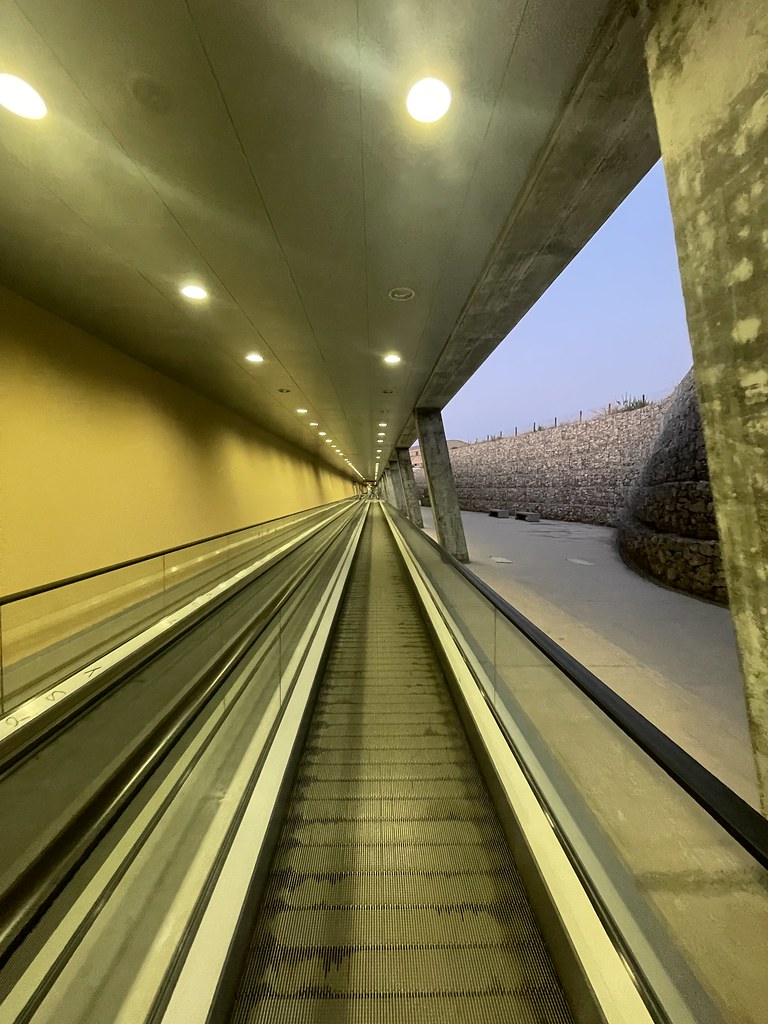 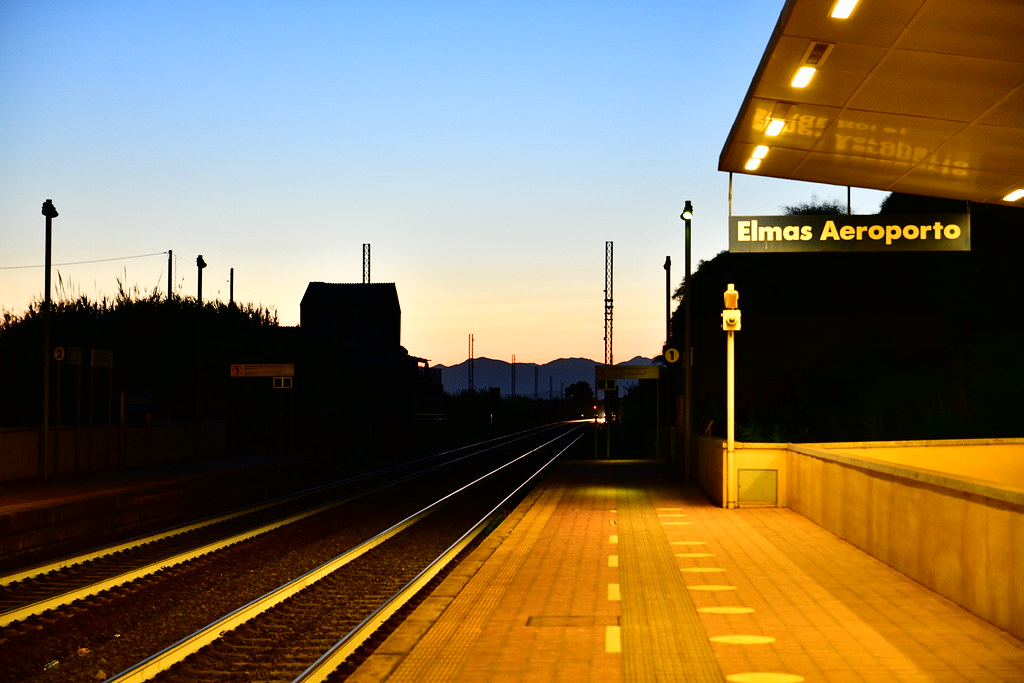 I walked over a 3 minutes to my lodging at CRAMU B&B where Nishant was waiting for me. He was coming from the UK, where he spent 14 days in self-imposed quarantine in Greece prior to beginning his monsoon with us here. I last saw Nishant in Afghanistan of June 2019! 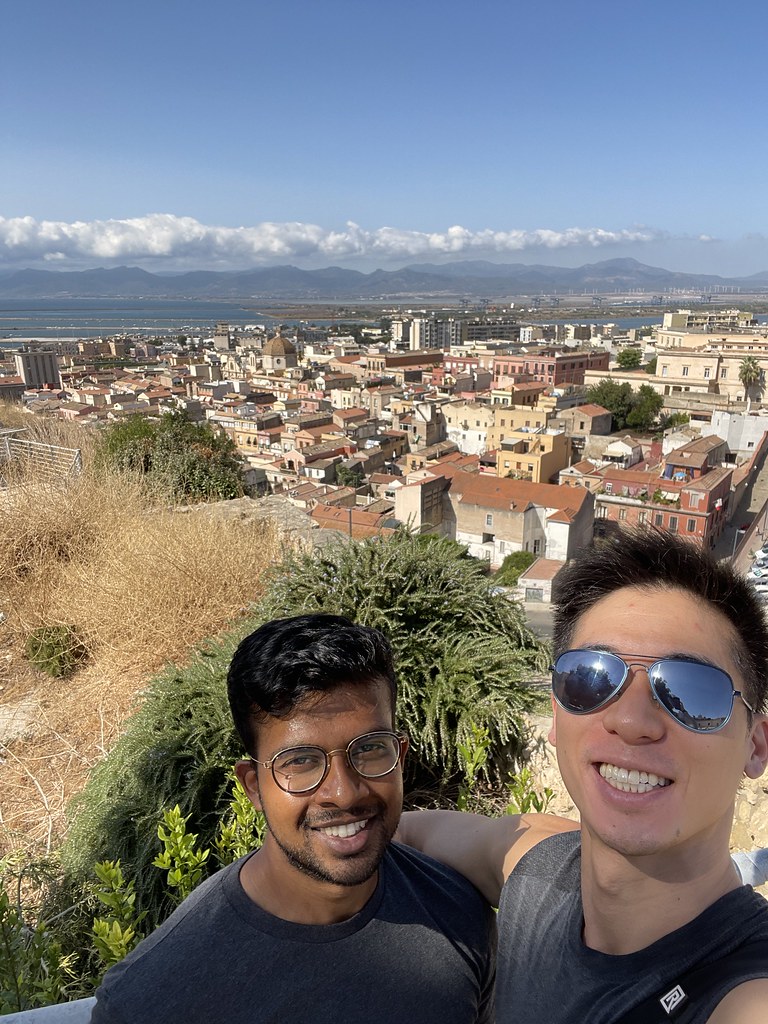 We then headed out for a late dinner in the town (of all the food board spreads there, we chose poorly) before turning in at 1am.

The next morning we began with a lazy breakfast at our B&B before hiking uphill 15 minutes and 26m for the Roman Amphitheatre of Cagliari: 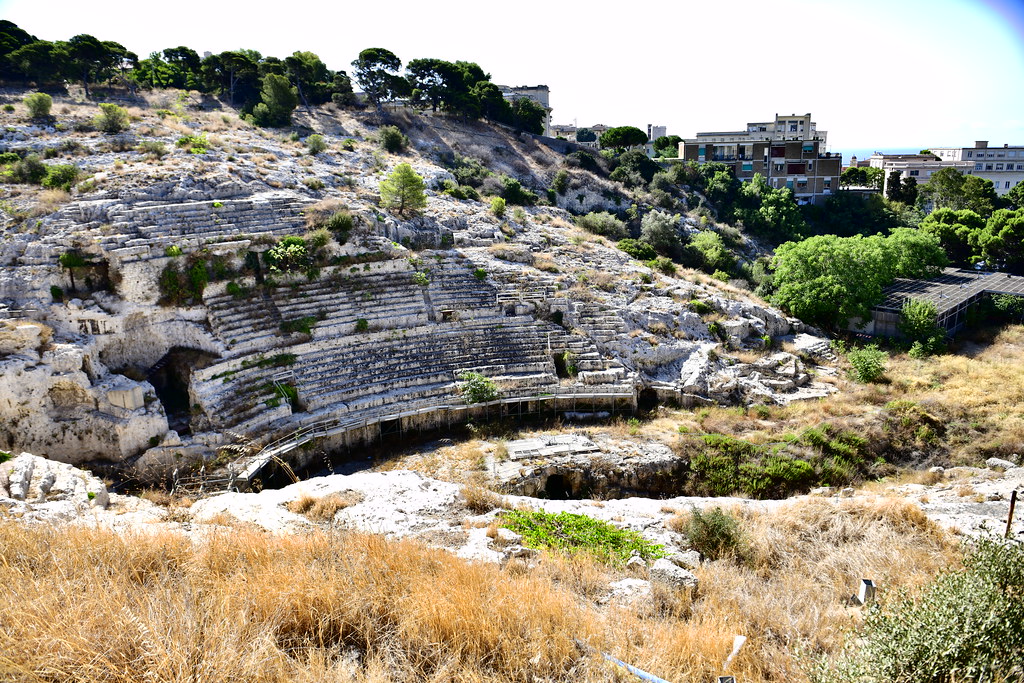 In the area you can pass by Torre dell’Elefante and Torre di San Pancrazio: Two examples of Pisan military architecture and both give great panoramic views of the port and city. Both were closed for renovations at the time of posting. 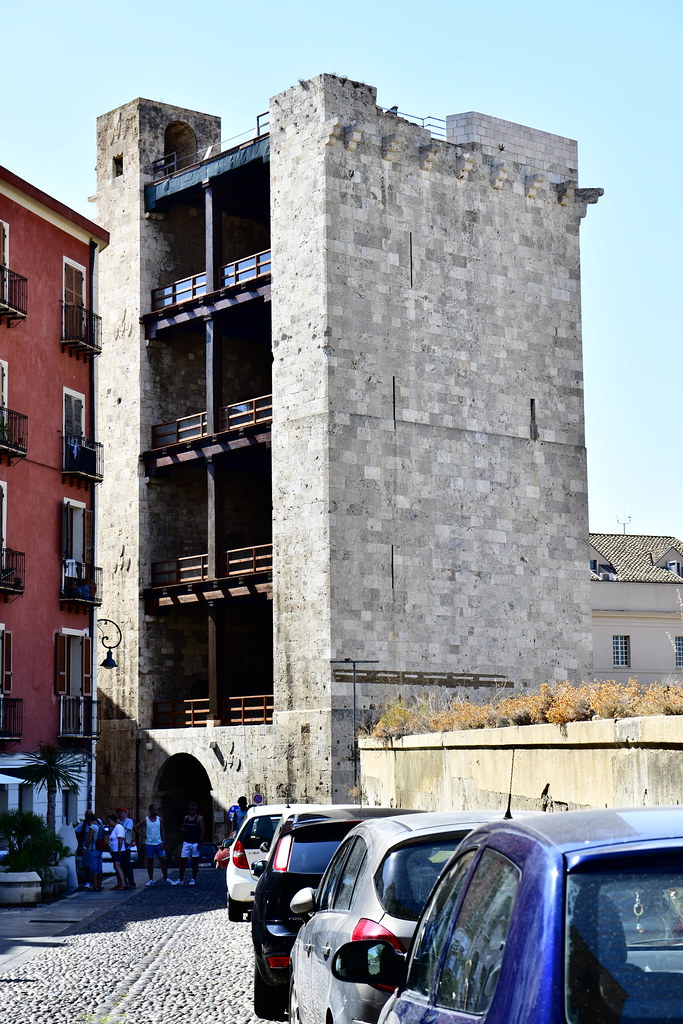 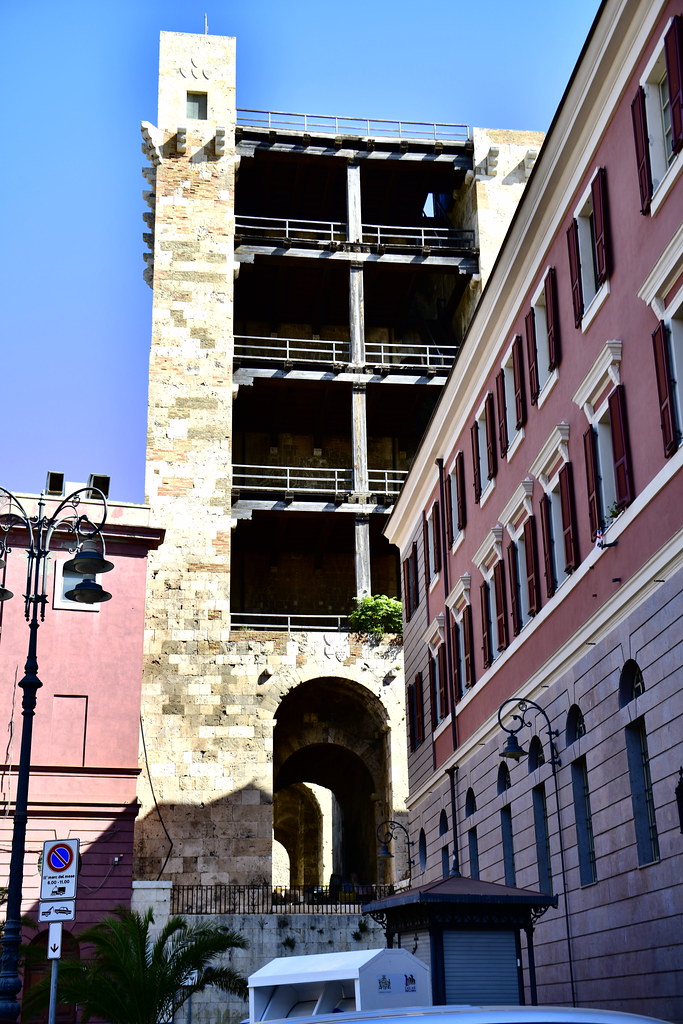 We then arrived at Saint Remy Bastion, the symbol of Cagliari featuring a landmark limestone arch, pillars, terrace and promenade for public events. 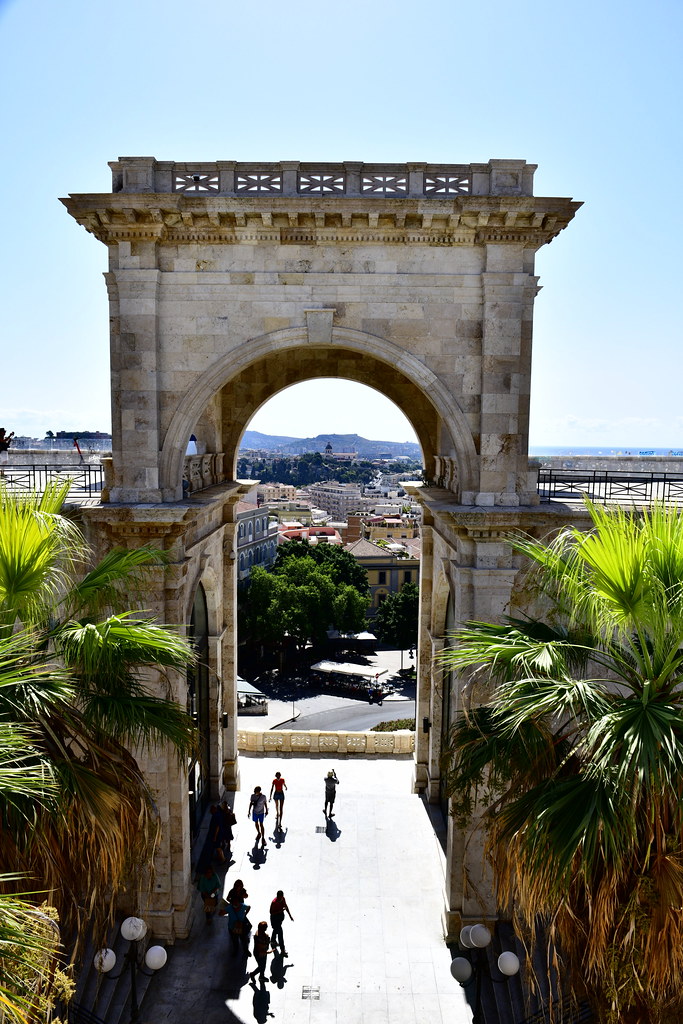 Enjoy the views from here (or anywhere on the elevated hills of Cagliari for that matter):

Cattedrale di Santa Maria Assunta e Santa Cecilia further north may be worth a visit as it was possibly the only open cathedral at the time of posting. 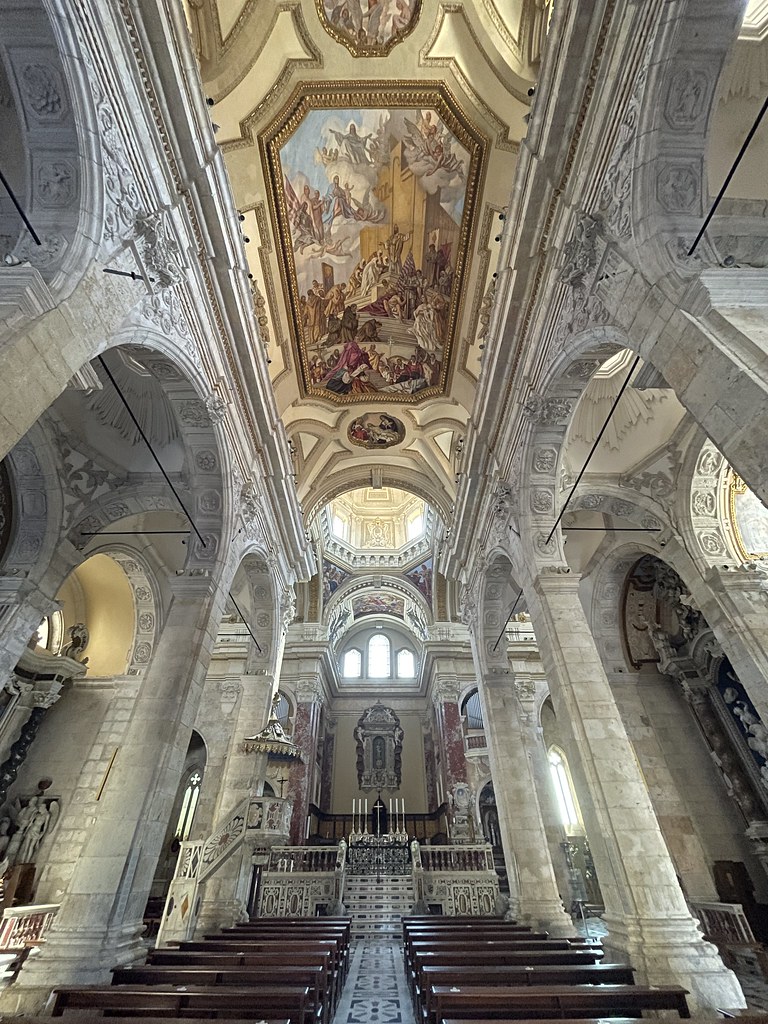 Don’t miss its spectacular crypt underneath: 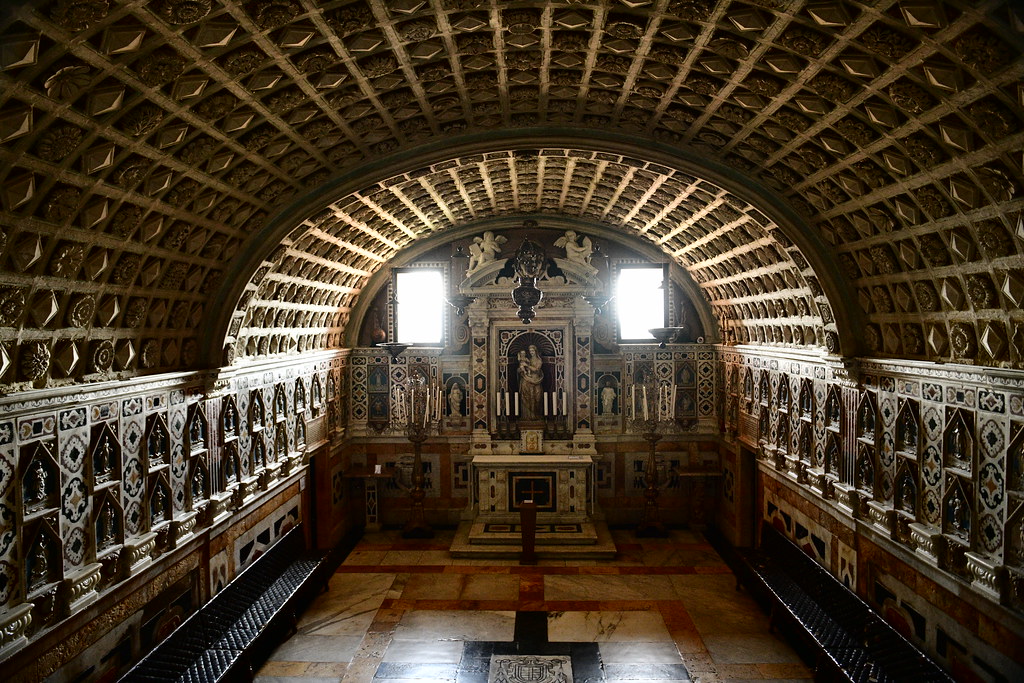 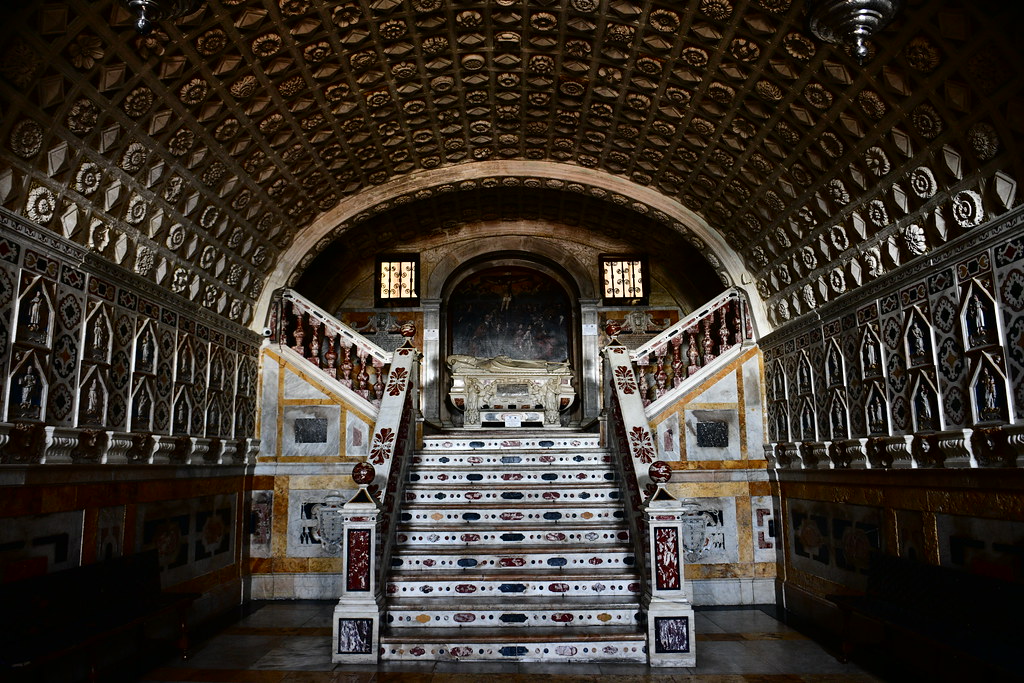 We then headed back down into the main town where after a splendid vegan brunch at Gintilla, we passed by Chiesa di San Michele, a Catholic baroque church. 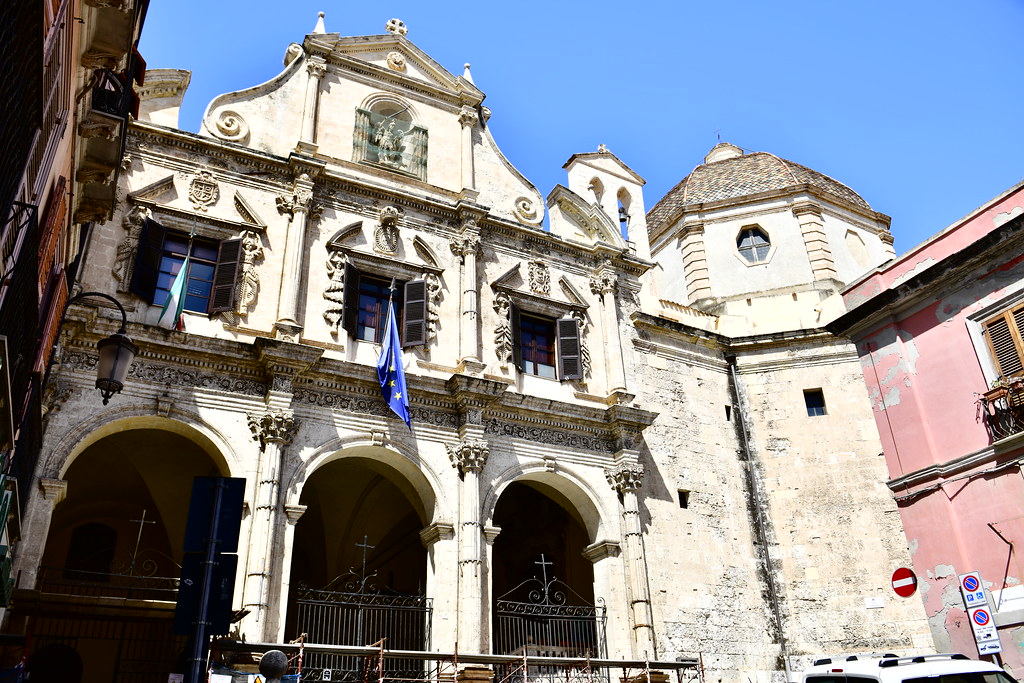 Just down the street is Chiesa Collegiata di Sant’Anna: 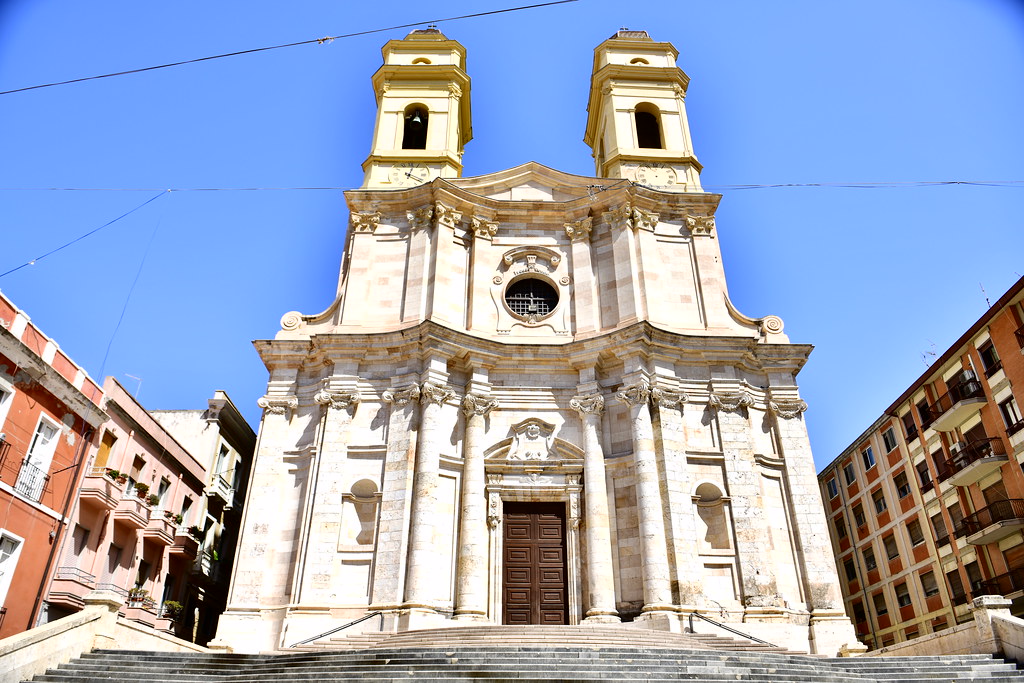 At this point we looped back to a 3 minute walk away from our B&B (and the train station), so we returned back to pick up our bags, took the train back towards to the airport, and picked up Sabrina from her arrival into CAG airport at 3:10pm.

It then took us nearly 2 hours to finally get our rental car with no thanks to the inefficiency of the offices here, and by 5pm we began our road trip up to central Sardinia. 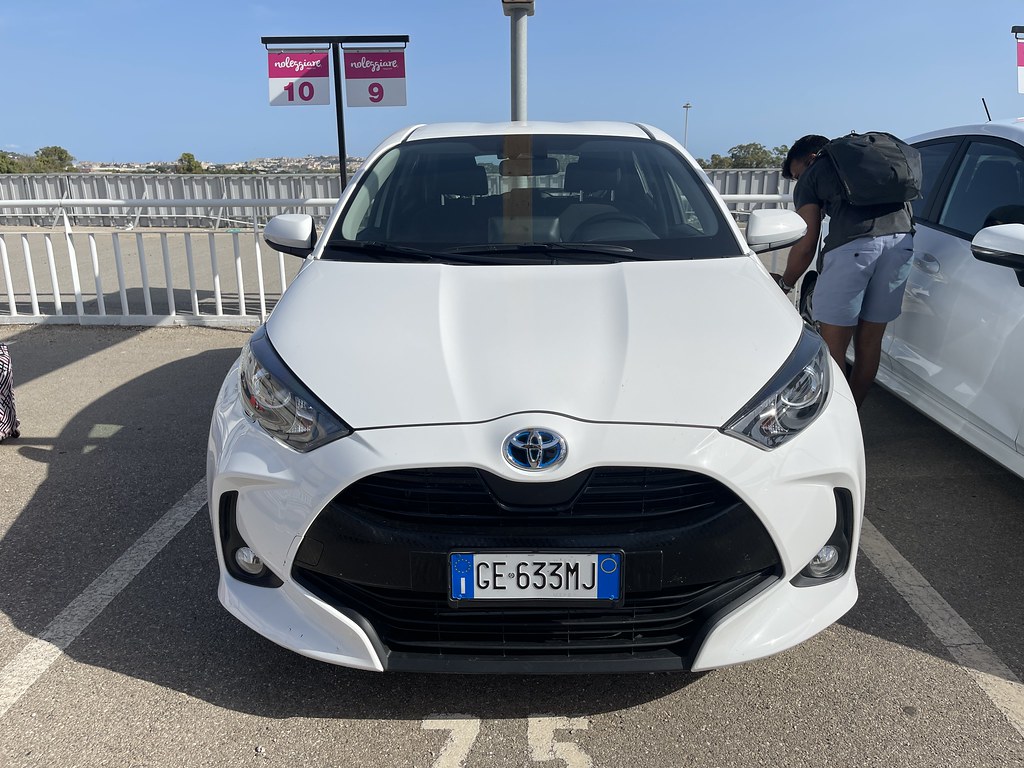 We also made a 10 minute detour for 360 degree views from Castle of San Michele, which seems to have been converted into an art gallery. Make sure you get the right parking lot because the first attempt landed us in a defacto junkyard, the second in a parking lot that required a 15 minute walk uphill, of which said hike led us to a third parking lot that we could’ve driven to instead. 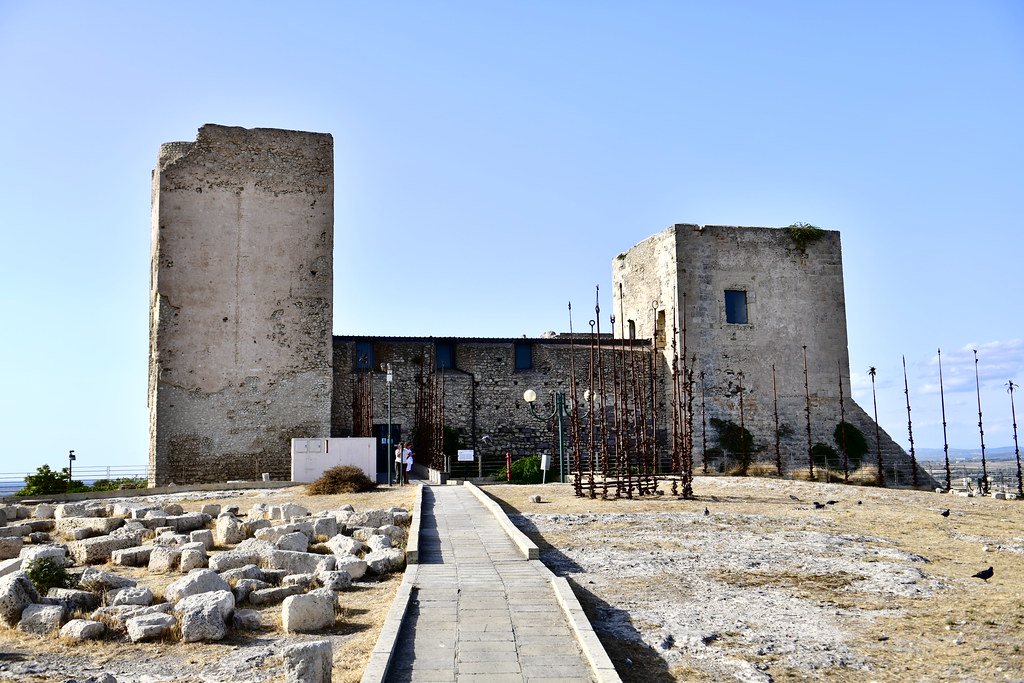 After 20 minutes here we drove another hour north to Su Nuraxi di Barumini, an archaeological site uncovering a network of circular towers that acted as early defenses and fortifications unique to Sardinia and nearly as old as the Great Pyramids of Giza. 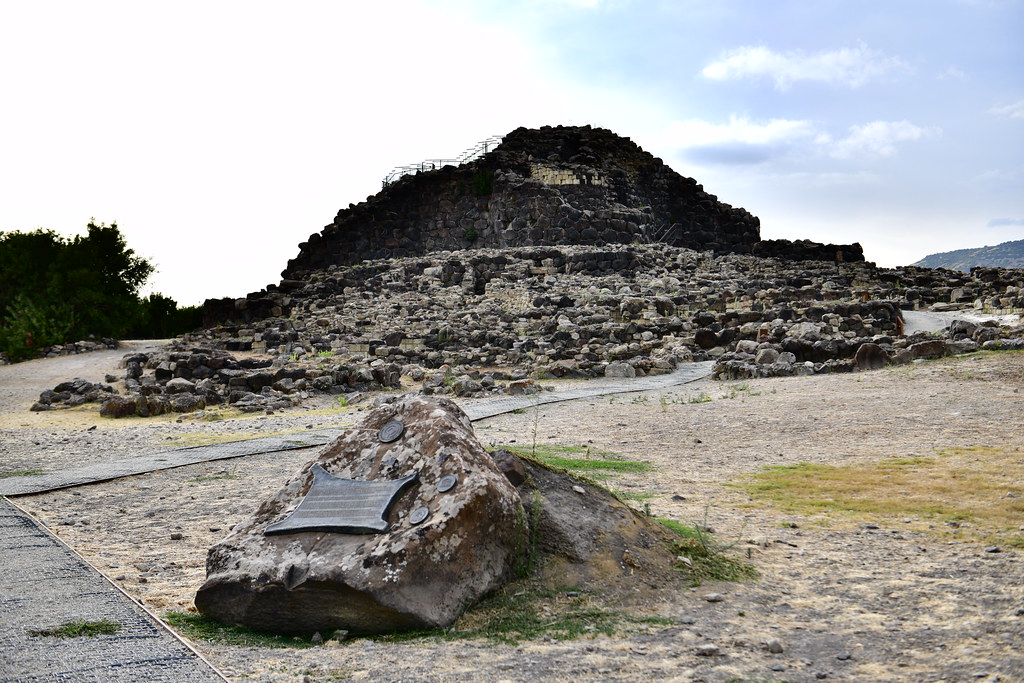 We then drove another 45 minutes drive away to a village outside Oristano before turning in at Agriturismo Sa Pramma, one of the homestays offered in Sardinia (search under “Agriturismo”) where you can stay with a local family and have a homecooked meal. 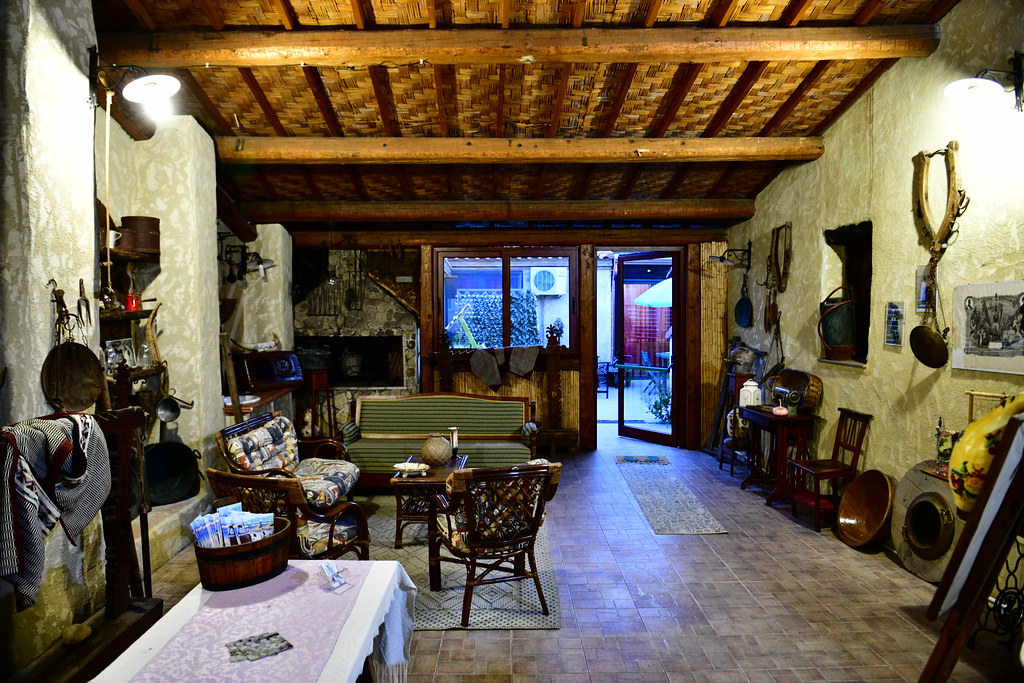 I need to catch up on sleep. I’m feeling the jetlag now.