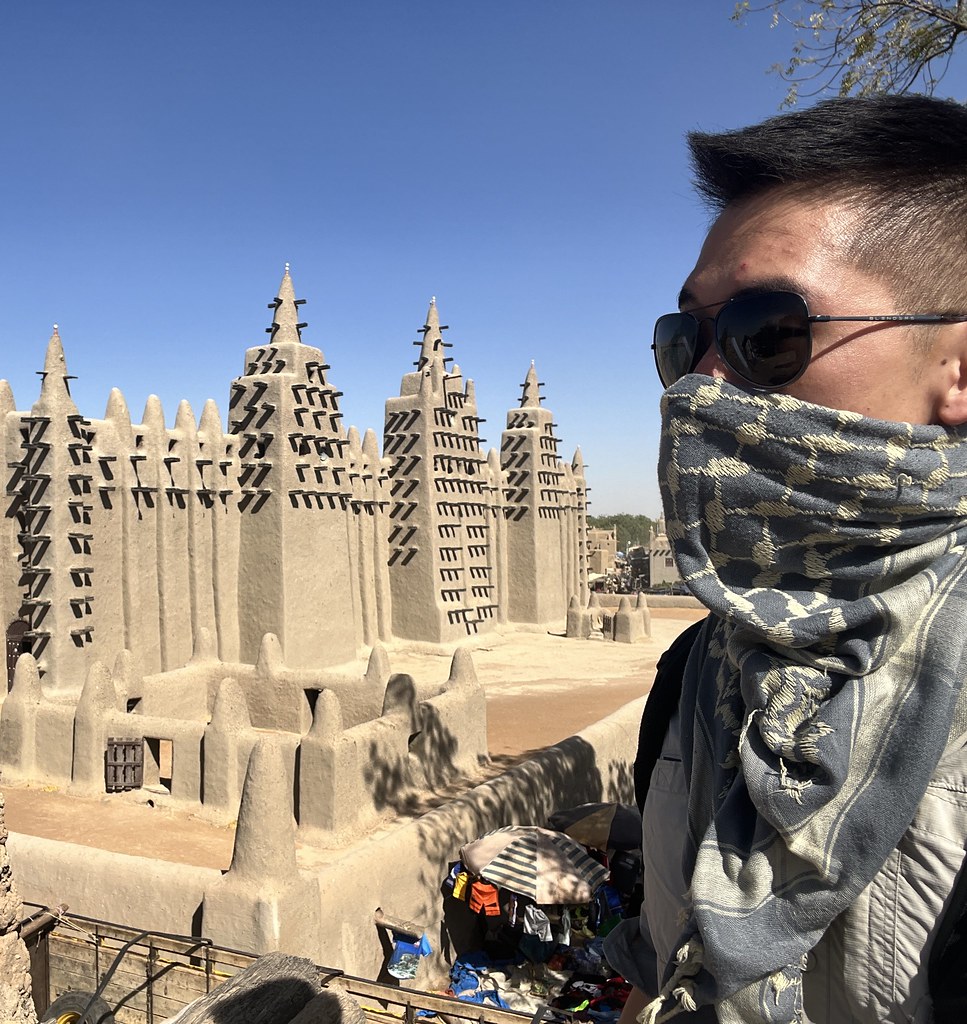 You need to wake up at 6am for a day like this. 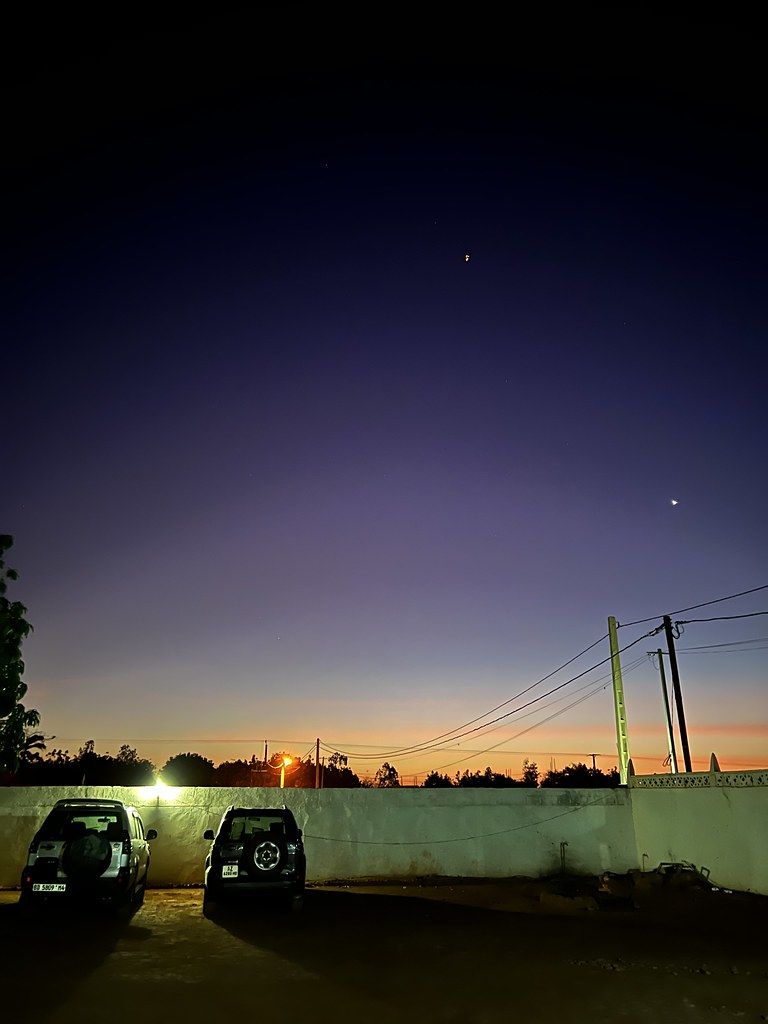 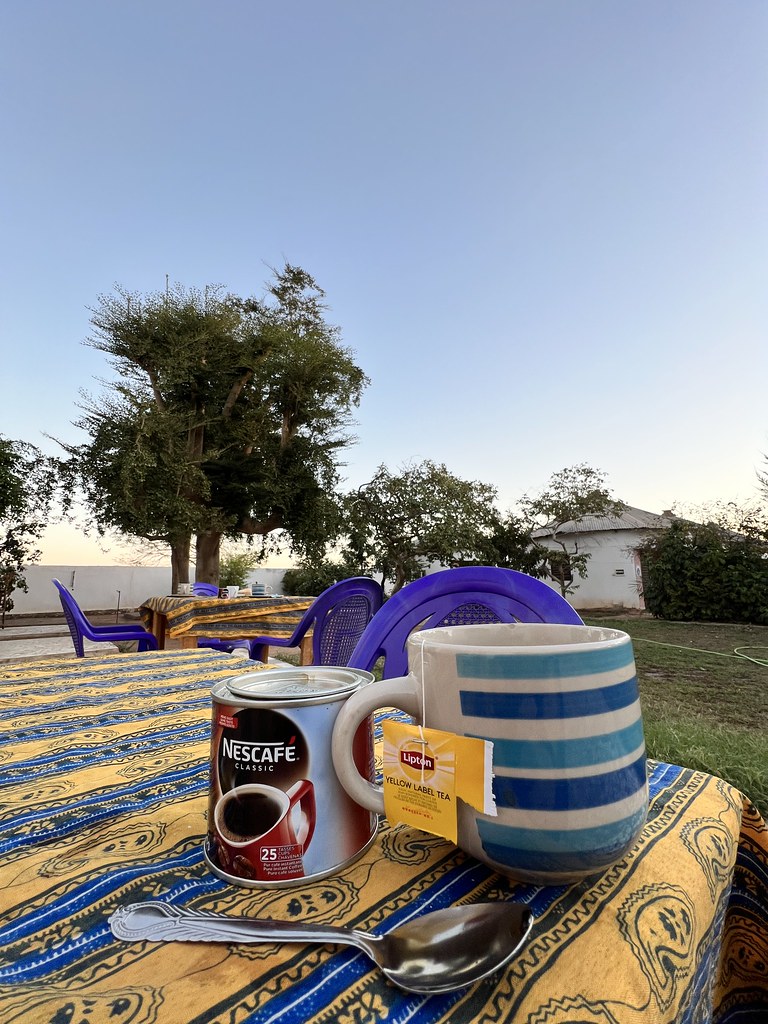 After an early breakfast in San this morning, we began a long 3 hour drive to Djenne – known as the ‘capital of mud’. 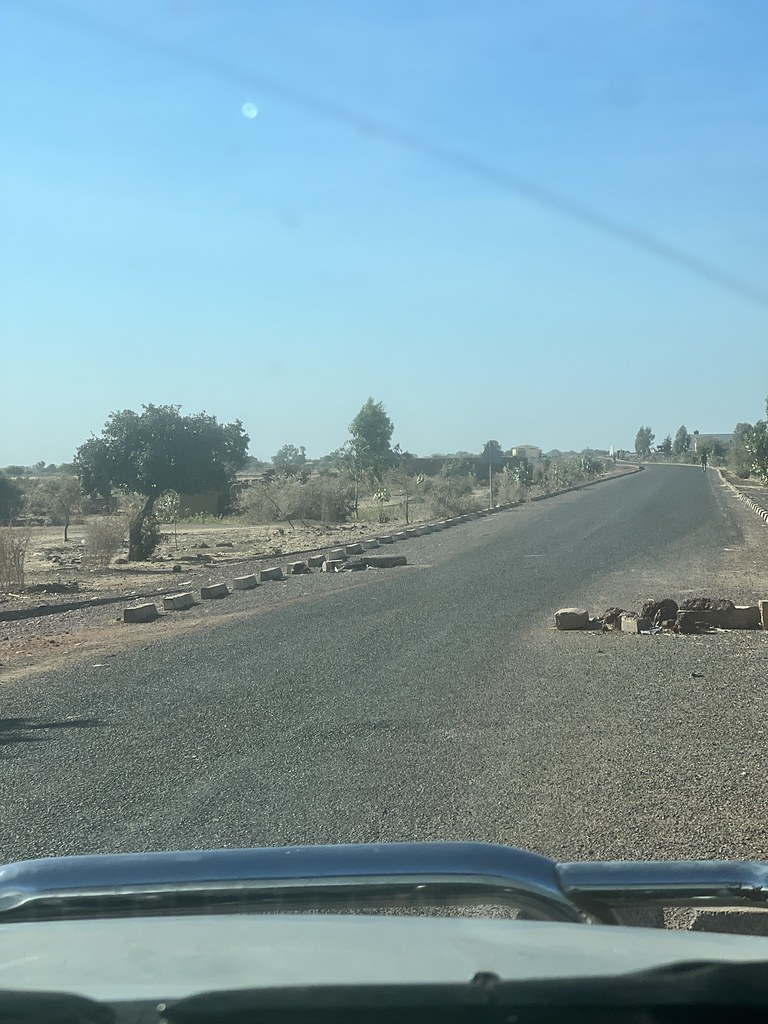 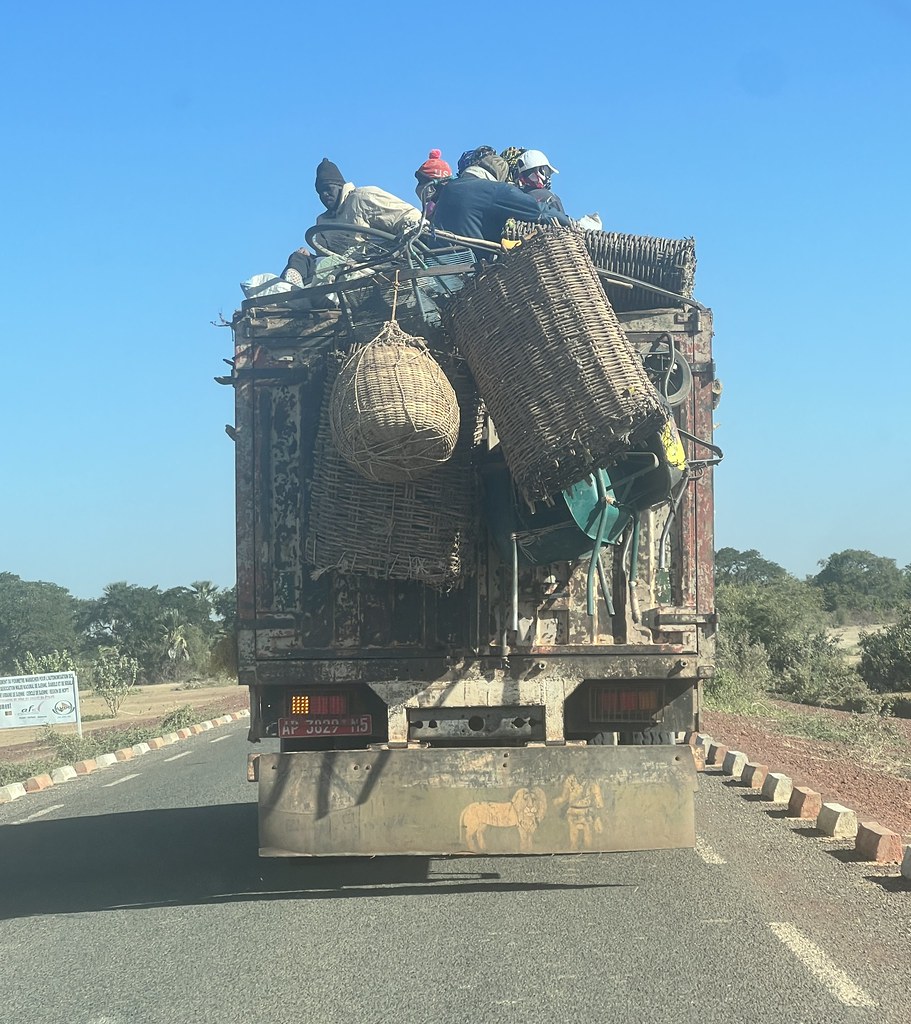 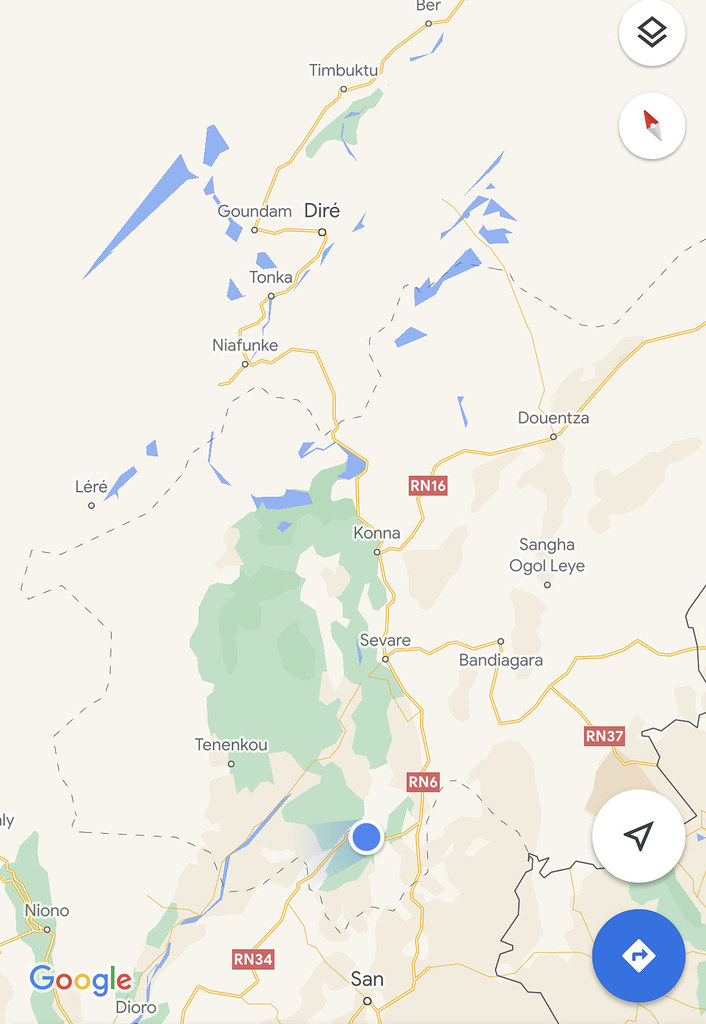 After crossing a few military checkpoints getting into Djenne, we then had to wait for some drama to die down over some alleged photographing of said military by someone in our group (a fine of which can be as high as 50,000 cfa). So we briefly rested our weary legs and butts after such a long drive. 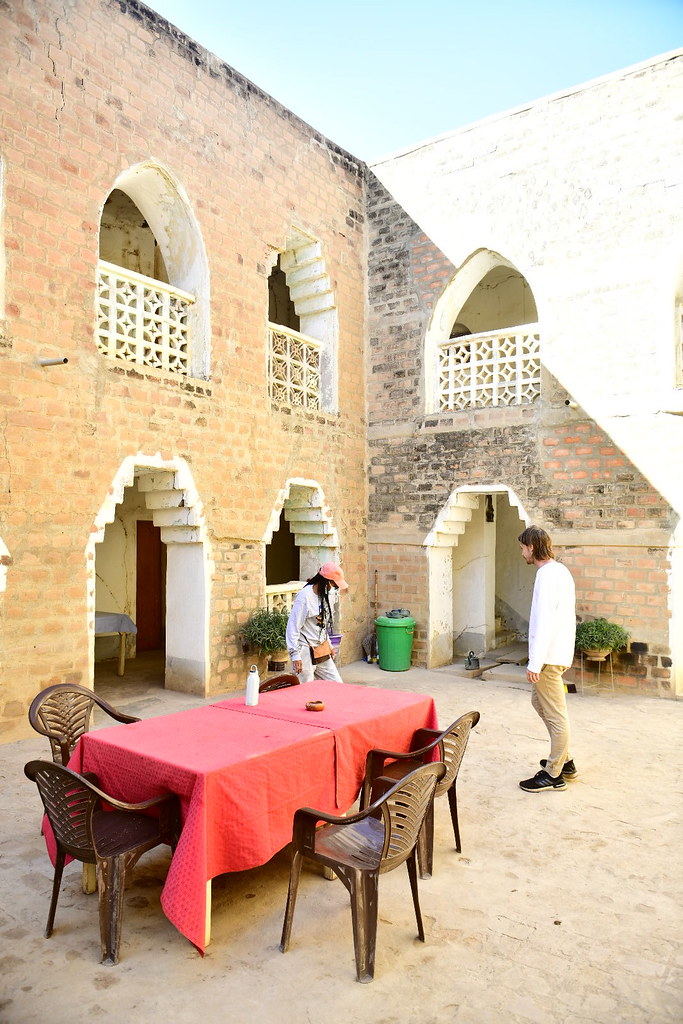 After sorting things out, we then got up nice and high for a grand view of Djenne’s Great Mosque – the world’s largest mud building and a UNESCO world heritage site. 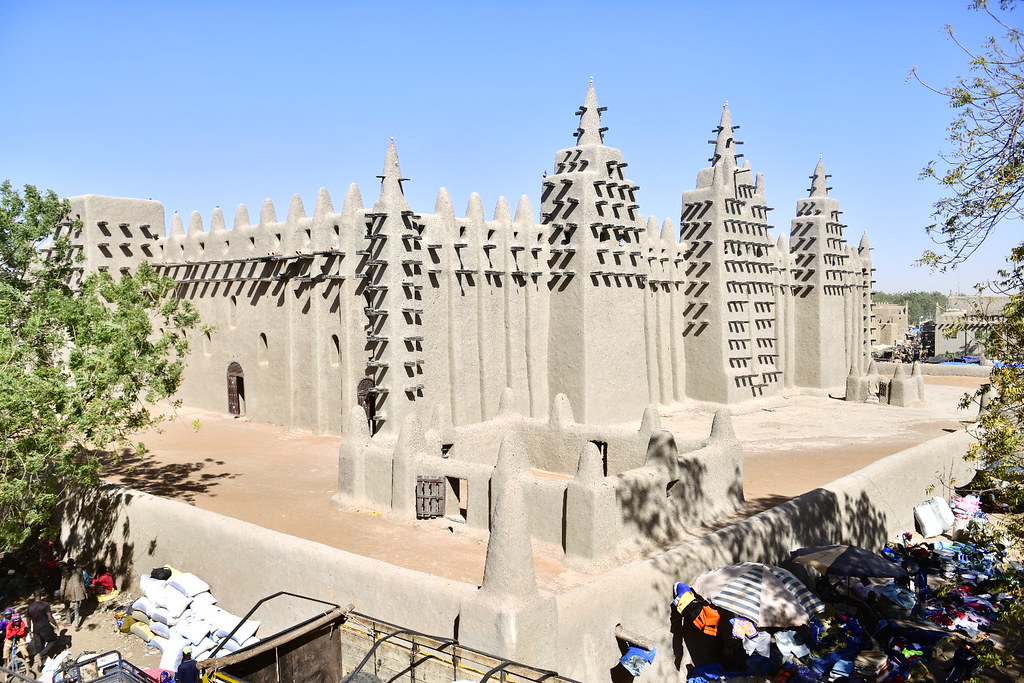 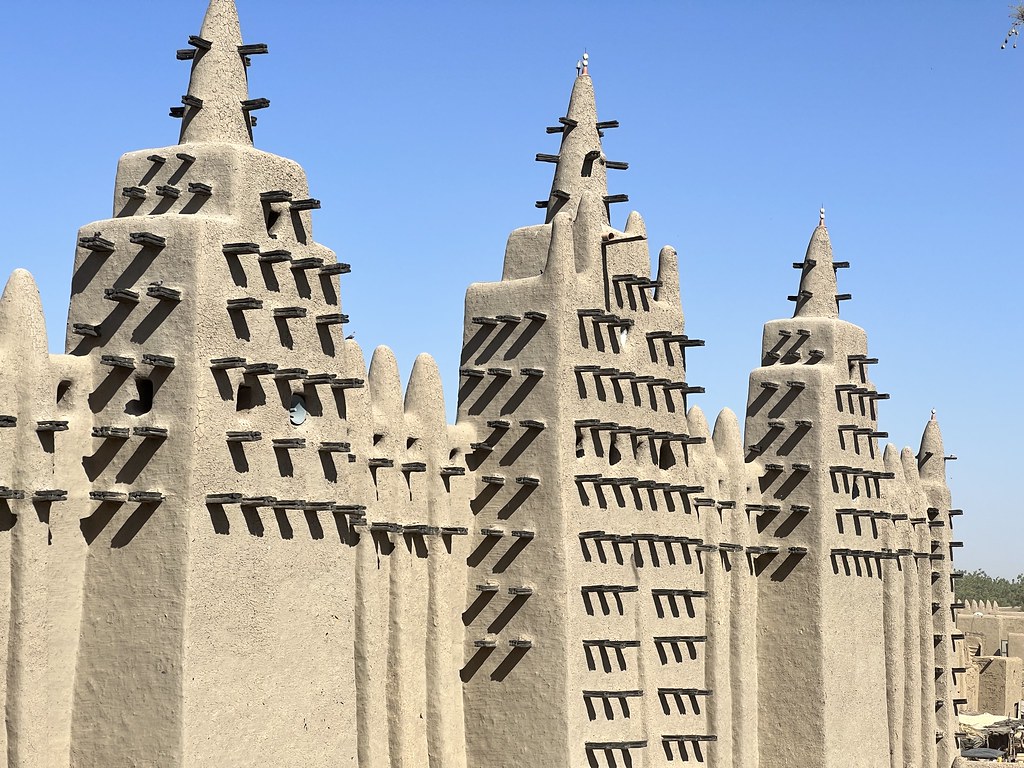 The inside of the Mosque can only be visited by Muslims, but today for some reason — and similar to the luck I had 3 months ago in Mecca — they let us inside for a mere 5000 cfa ($8.50 USD). 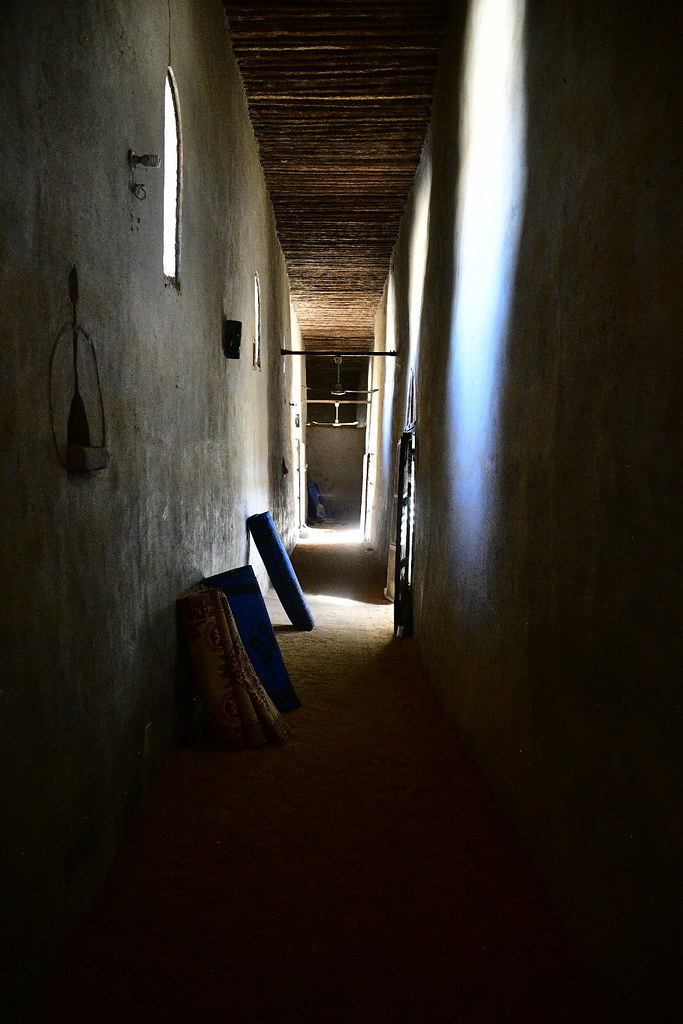 The tall cathedral like vaulted ceilings are remarkable to stare up at, especially for a structure made entirely of mud: 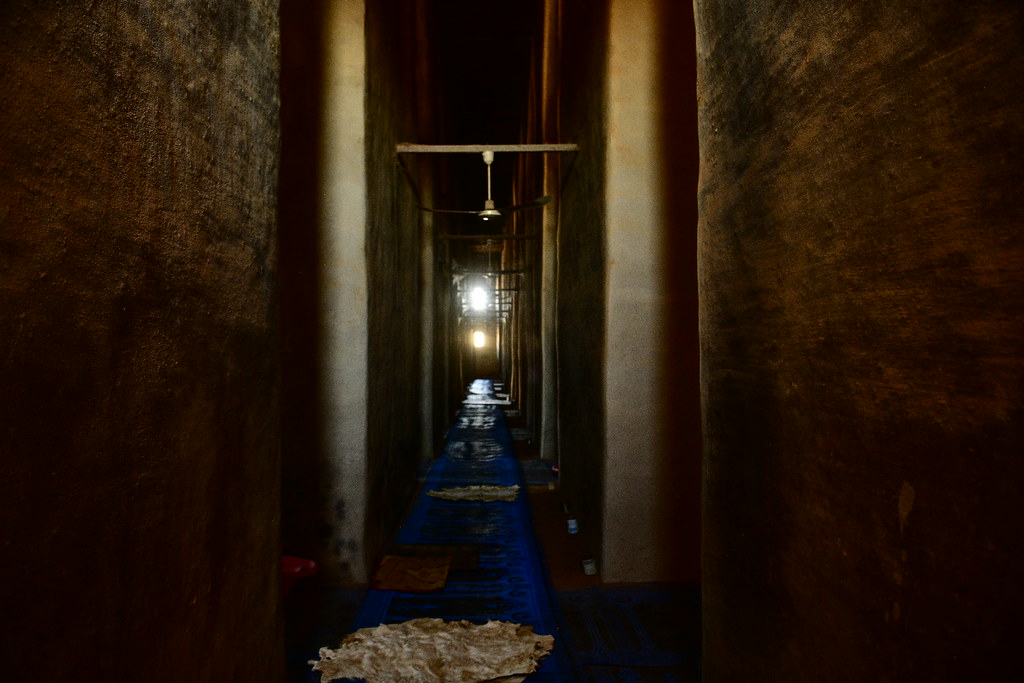 You can even hang where the imam sits: 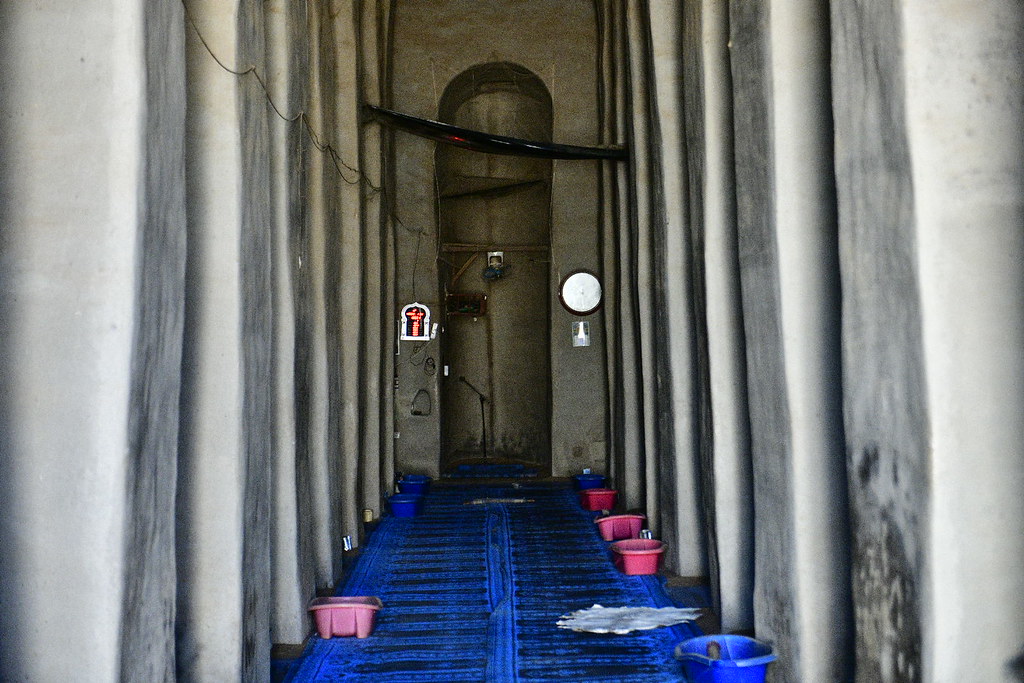 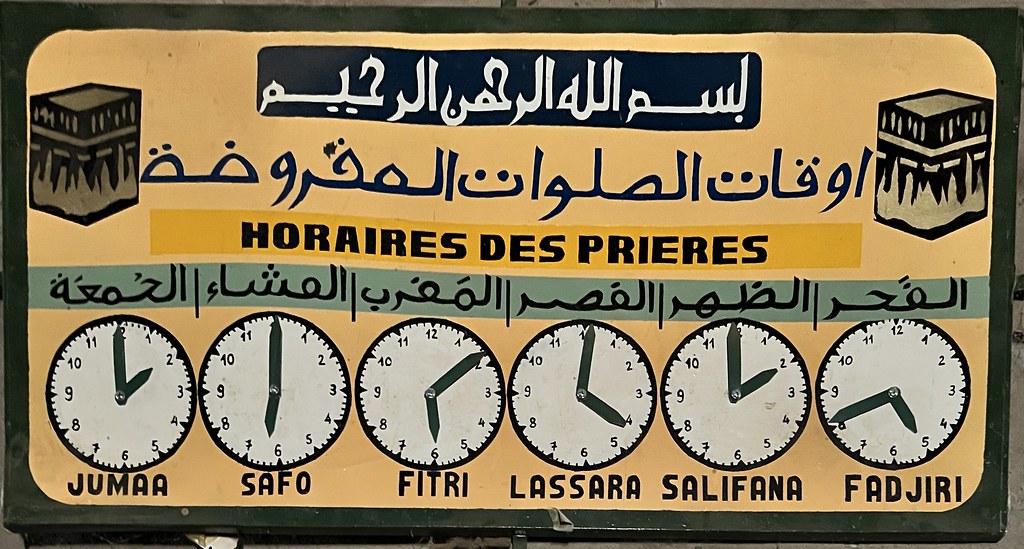 We would happen to visit on a Monday, which is noted for be host to a bustling market day in front of the mosque 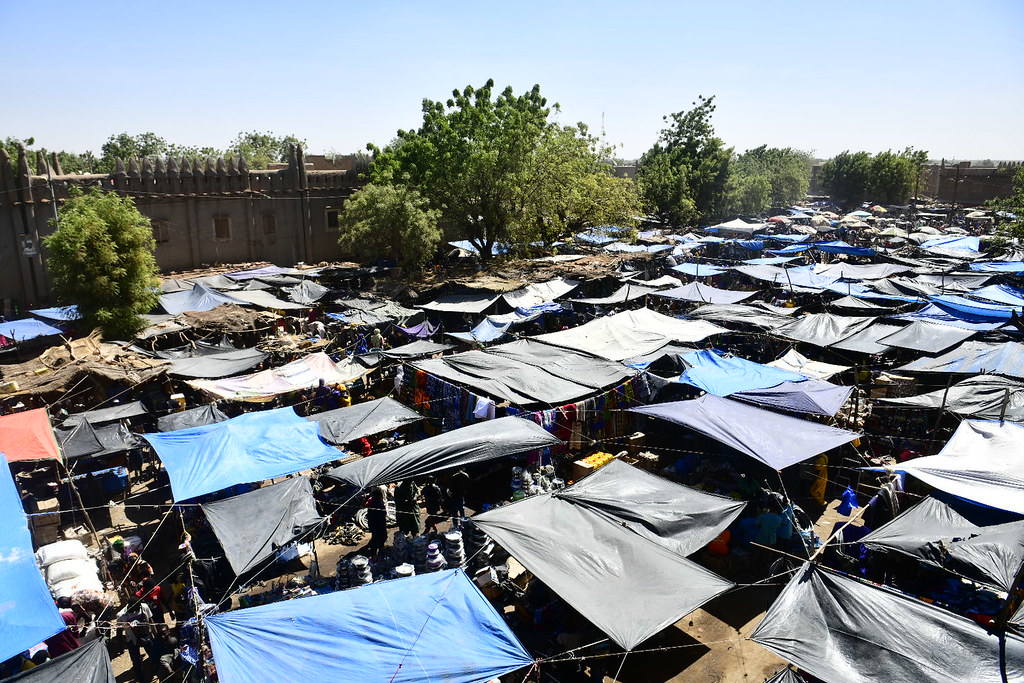 The local architecture, from the streets to the grand mosque is all made from mud brick, often resulting in fascinating, unique architecture. 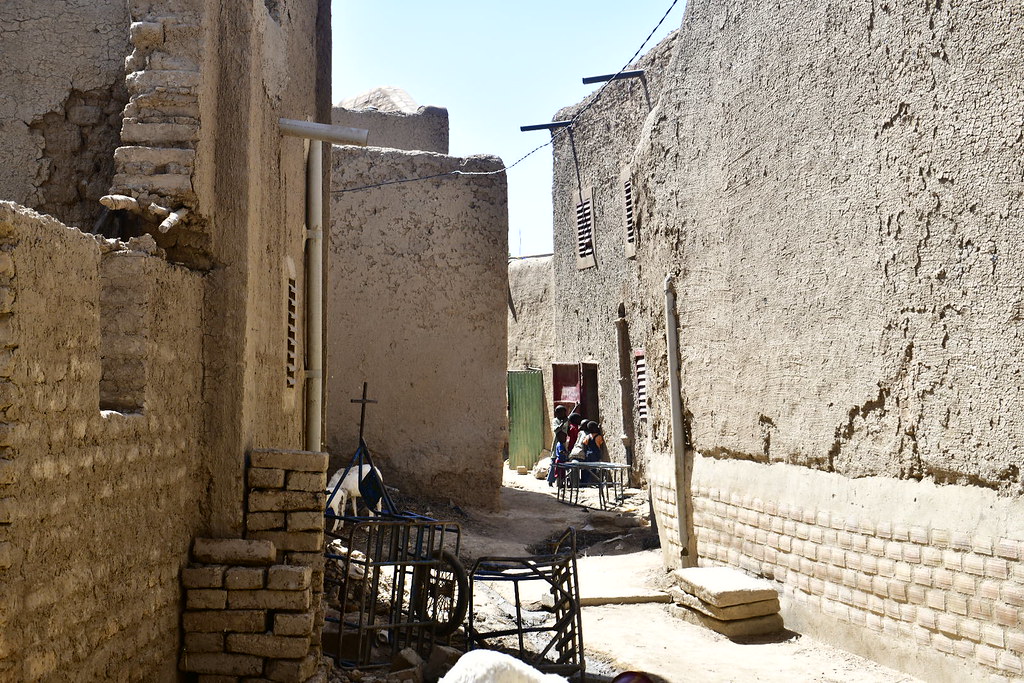 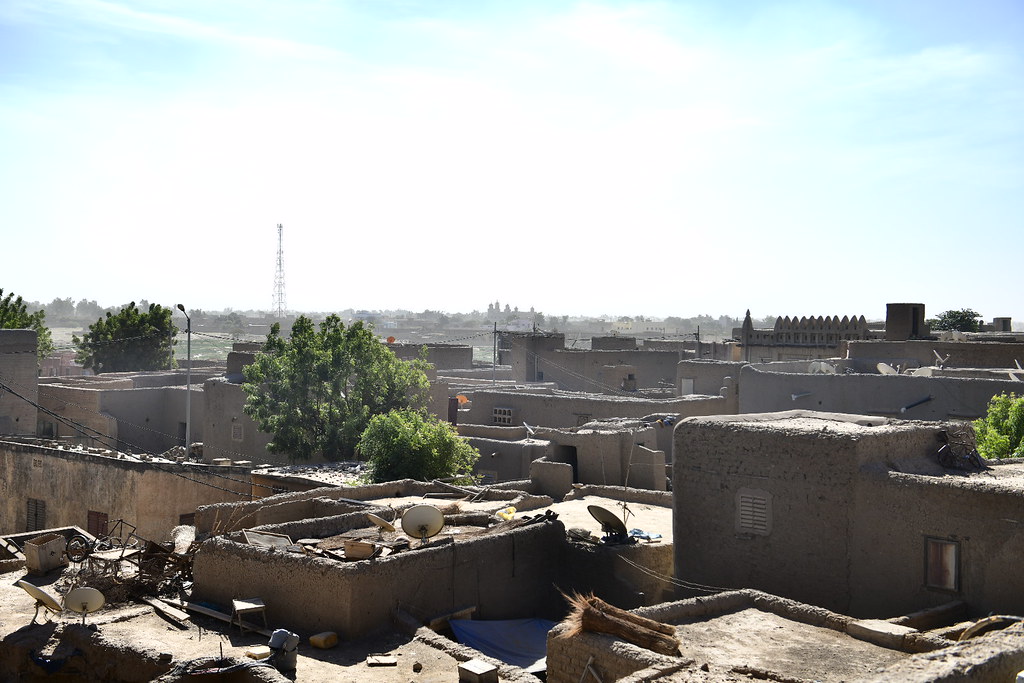 Djenne being a center of Islamic scholarship, we visited a few Quranic schools and dropped by the Museum of Djenne’s manuscripts. Similar to a visit in Mauritania 2 years ago to a famed Islamic library in Chinguetti, a single man protects these ancient, irreplaceable artifacts. 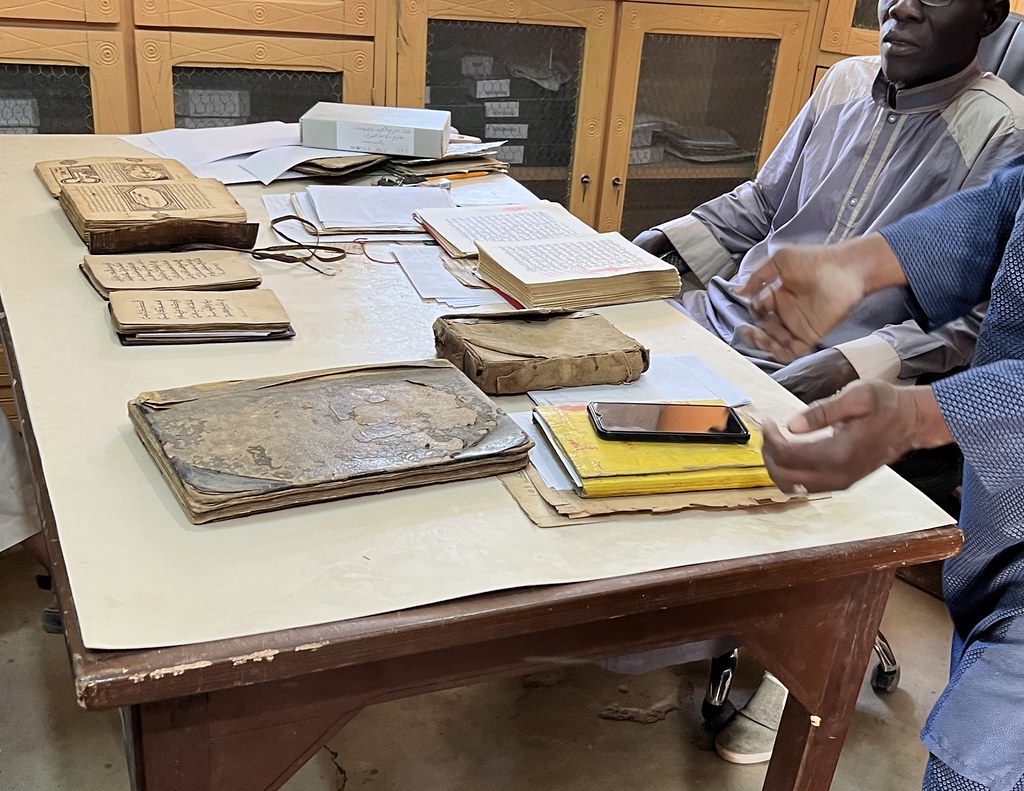 Lunch was then served by none other than the wife of our esteemed guide, the regional specialty ‘Tion Tion’, a delicious fish fried rice dish. 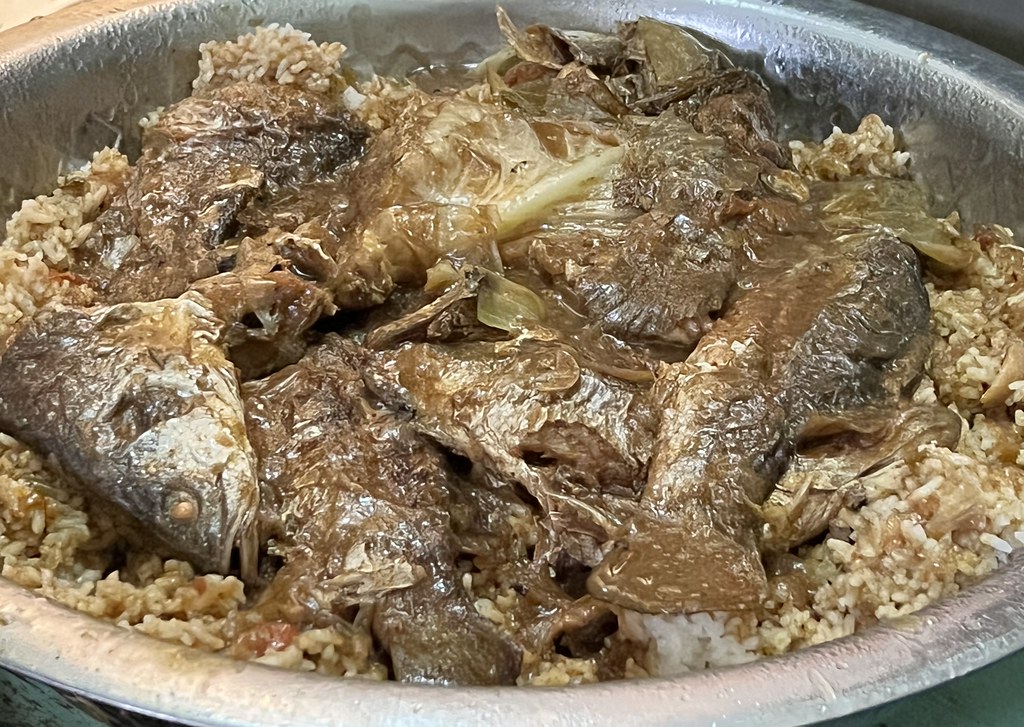 We then paid respects to a sacred well – according to local legend, the ancestors of the town used the well to consult the spirits before making big decisions. 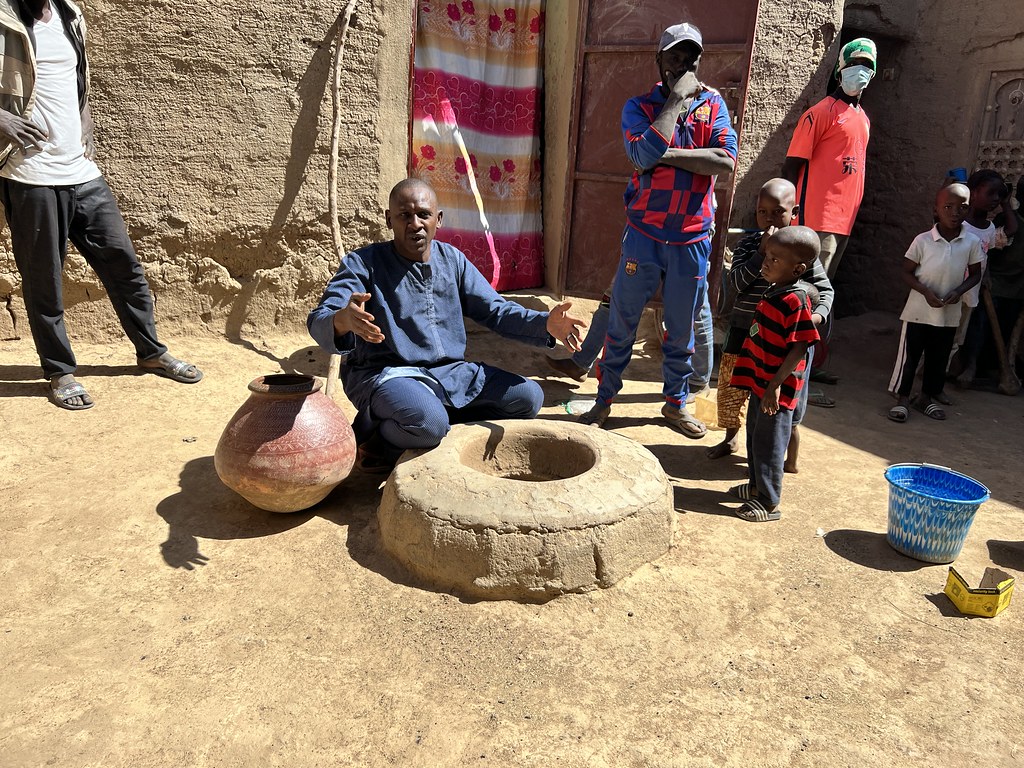 If you’re here, might as well not miss the other UNESCO World Heritage Site of the Shrine of Tapama, where a 12 year old virgin named Tapama was once ritually sacrificed and buried alive in order to appease ‘bad spirits’ that was thought to have been the source of frequent flooding back in the 13th century.

Nearly exhausted from walking the whole day in the heat and underslept, we drove a solid 5 hours back to Segou, where we then crashed back at the Résidence Djiguibombo.