3 years ago while on one of our annual monsoon ski trips in Vermont, I had promised to lead another one in Whistler. Then the pandemic happened, capped off by my first time in Seattle. Then after making so many friends from Seattle 5 months ago on our first Yacht Week in Sardinia, the stars seem to align to finally execute on this Whistler getaway.

Picking a weekend in late February, our YW group reconvened on Thursday night at the Smith Bar Observatory Bar, a speakeasy ontop of this 35 story 1914 office tower. 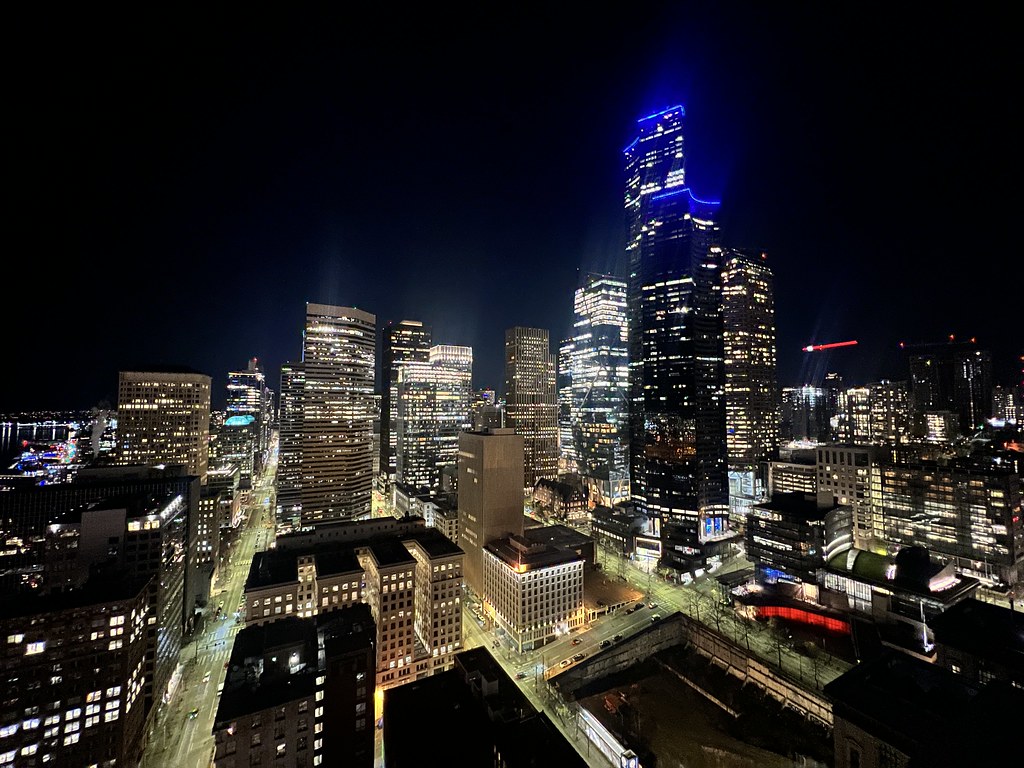 After staying up at Alan’s place catching up, we retired for a night at the Hyatt House in downtown Seattle: 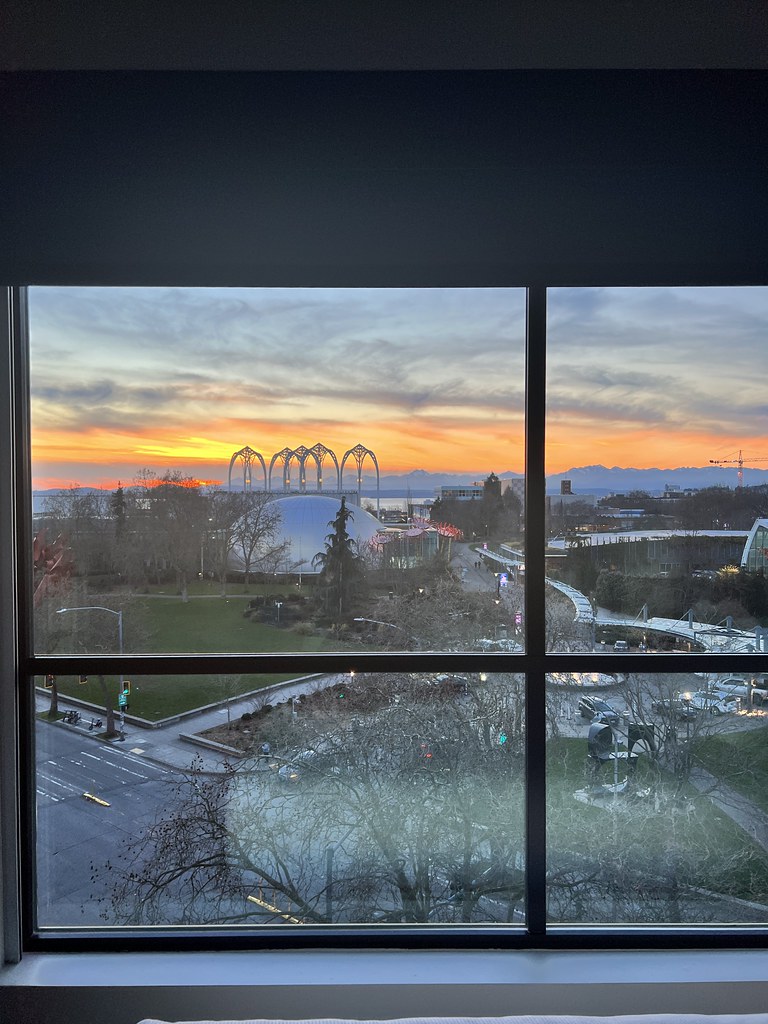 Then spending Friday waiting for the rest of the crew to arrive, Mihaela, Priscilla and I drove out for a day of hiking. We first stopped at Snoqualamie Falls: 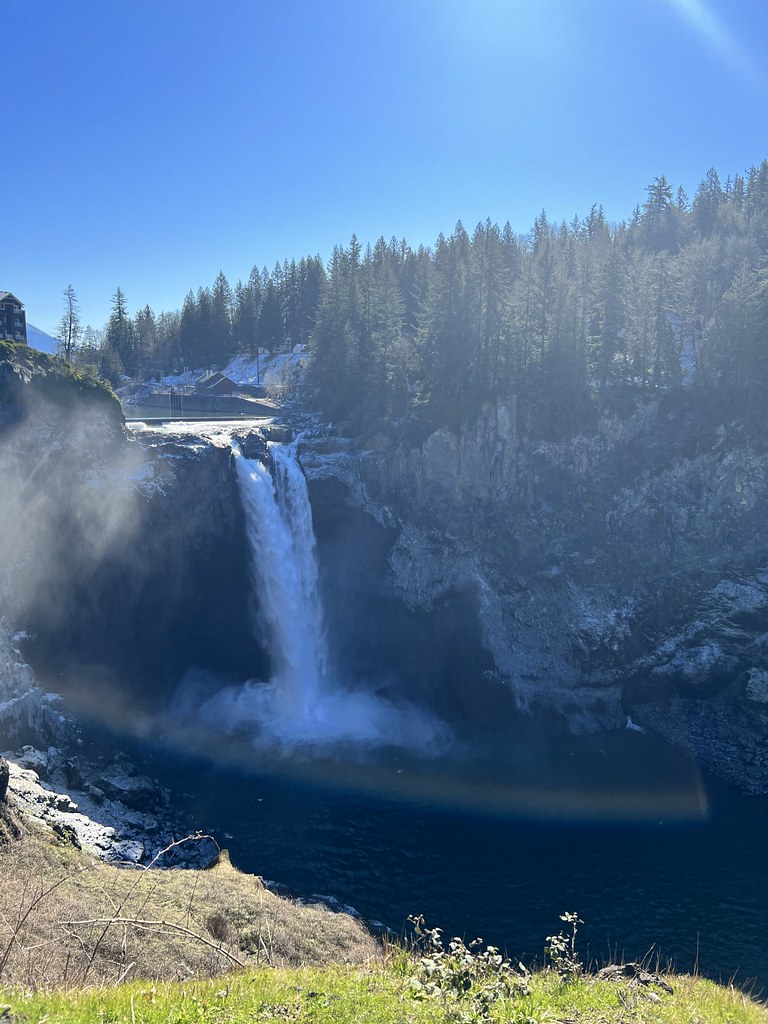 Then it was off for a 2 hour jaunt up Rattlesnake Ridge for these panoramic views: 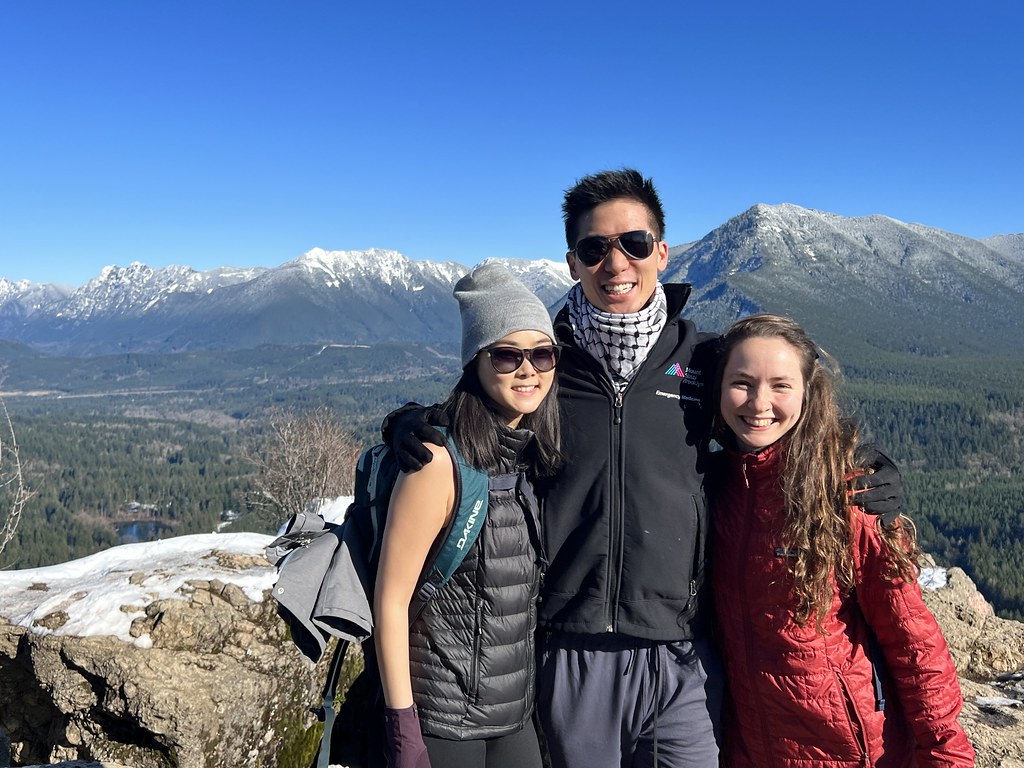 After the last of us arrived, we gathered for a kickoff dinner hosted by Alan in the backroom at the Dead Line, before setting out early Saturday morning across the border into Vancouver. 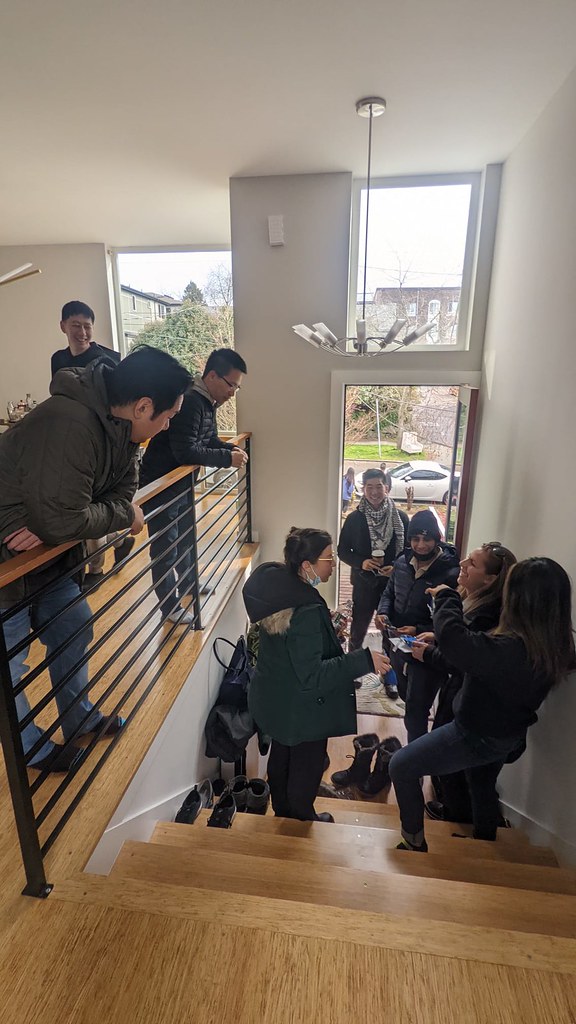 Despite a close call with Evie’s car and whatever “fumes” were coming out from the inside, we all made it across Canadian customs. Leo then hosted lunch at his childhood spot Myst and we were back on the road for provisional shopping (where I finally got to meet Jenny Garfield and her husband!), and then through the blind of a snowstorm as we approached Whistler/Blackcomb.

Once we dodged uncertain death thanks to our fearless drivers, we settled into our Airbnb/VRBO lodging and immediately took advantage of their hot tub. 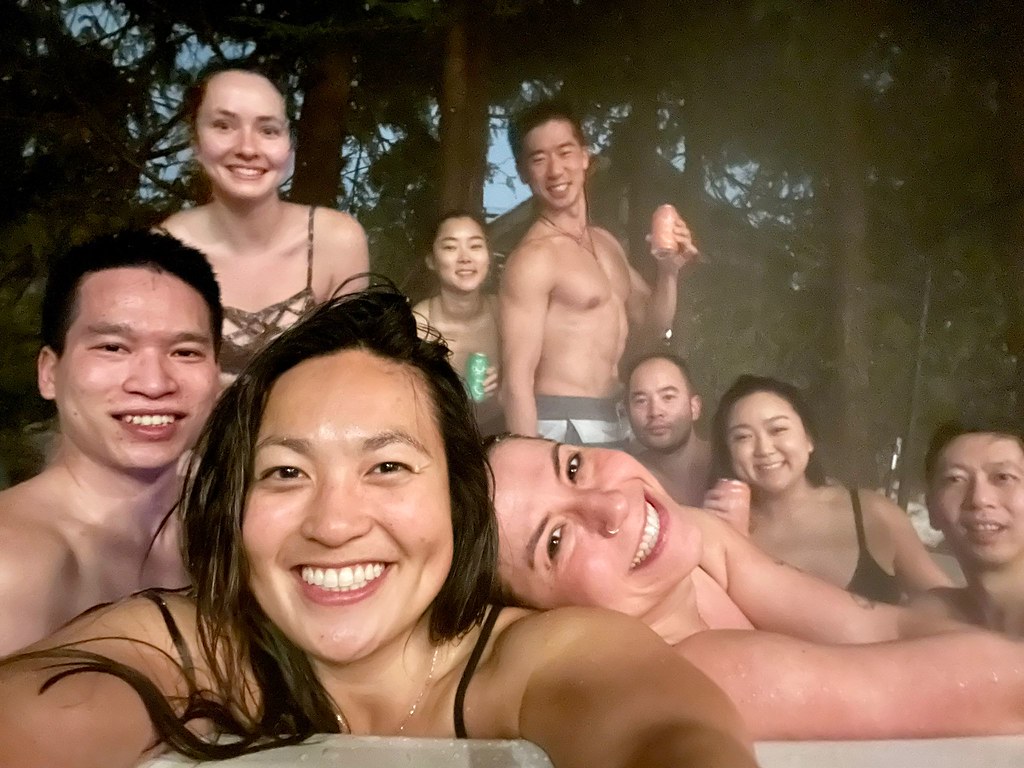 The next morning we woke up to a winter wonderland. 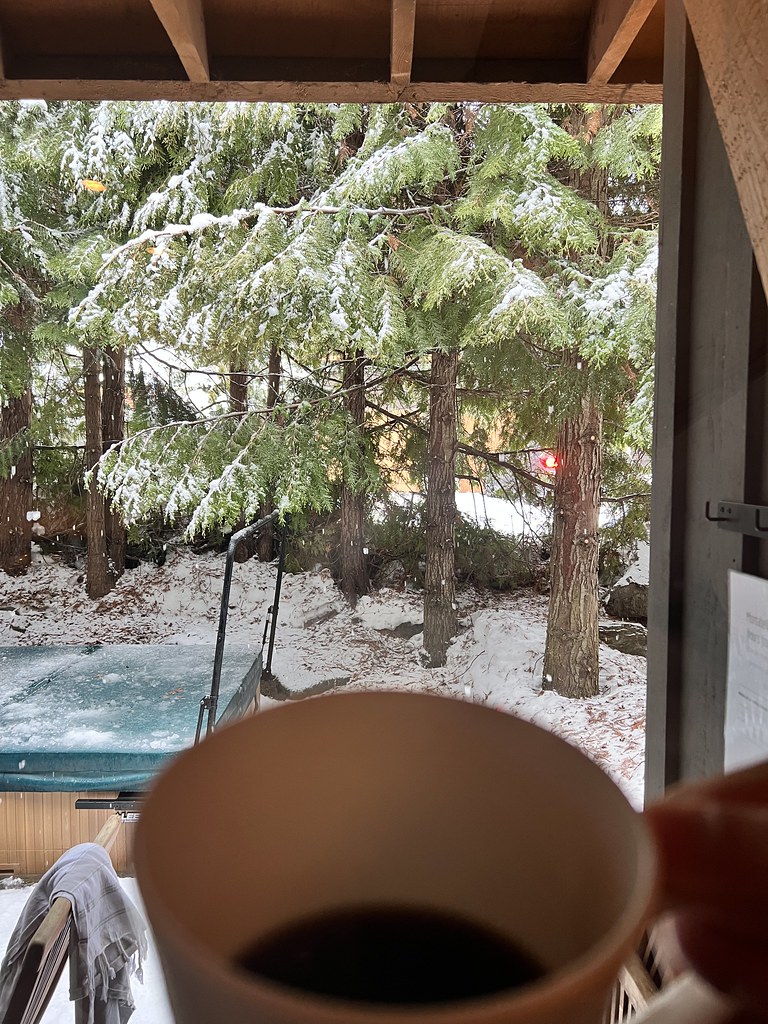 Morning coffee and homecooked breakfast in our system, we hiked over to base lodge of Blackcomb and began our 48 hours of skiing bliss. 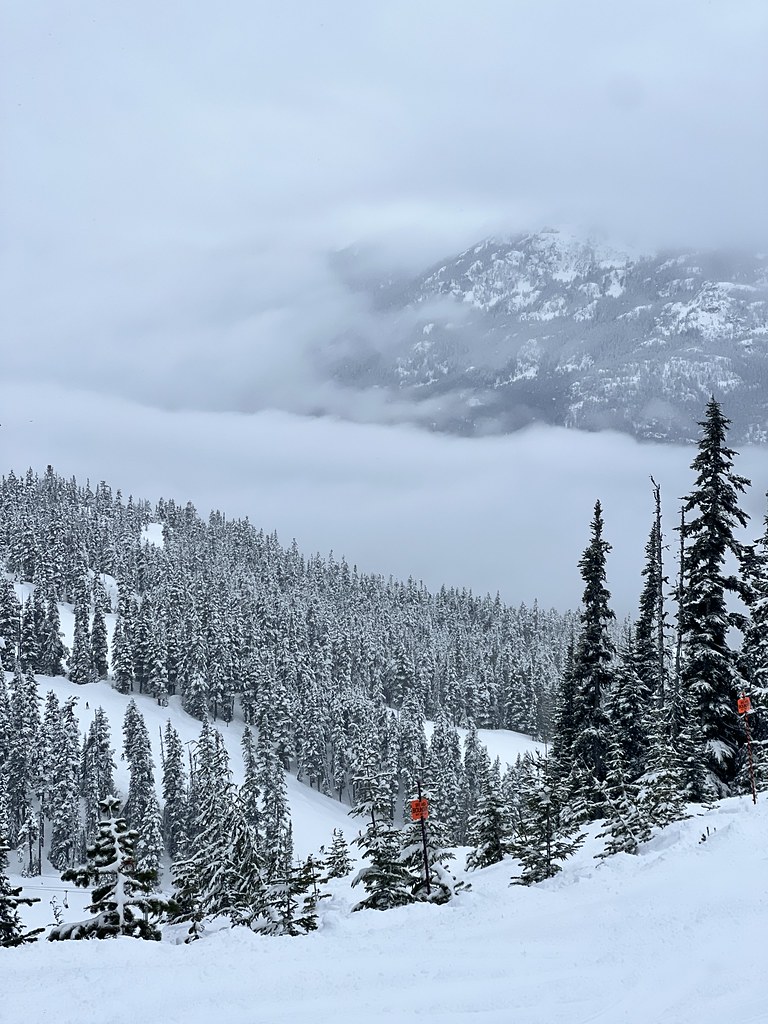 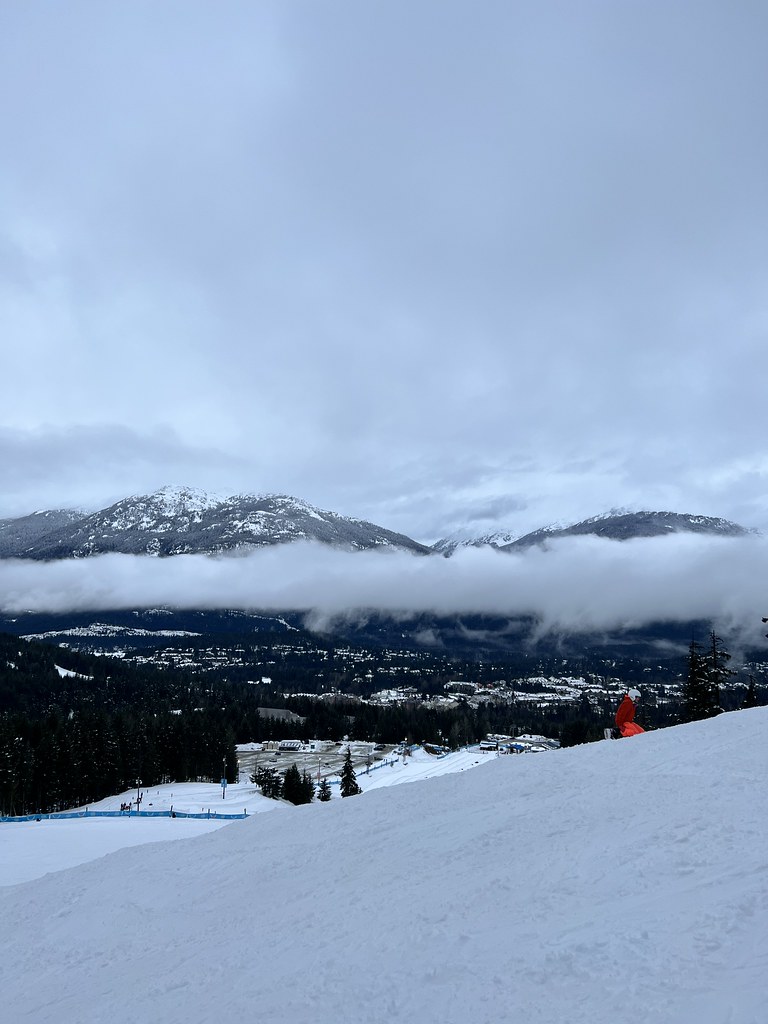 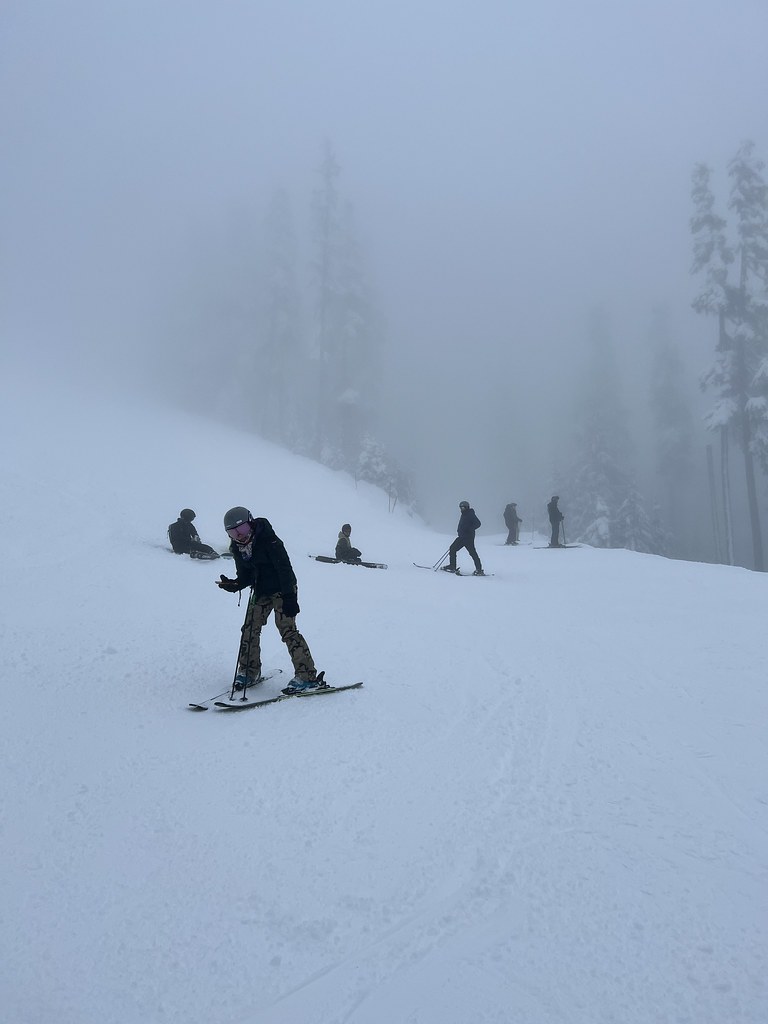 What’s truly unique among the slopes of Whistler-Blackcomb is a glacier you can access after a fairly gently bowl run from the ridge, accessible by taking the Glacier Express lift, and then the T-bar lift to the very top.

Afterwards you can either stay and watch Leo and Alice struggle for an hour to hike up the T-bar hill because … T-bar lifts are tricky … or hike up a second hill behind you while lugging up your gear. Then once you’re at the tippity top, put on your skis or snowboard and curve down the bowl until you reach one of one of two glaciers in North America used for summer skiing and riding 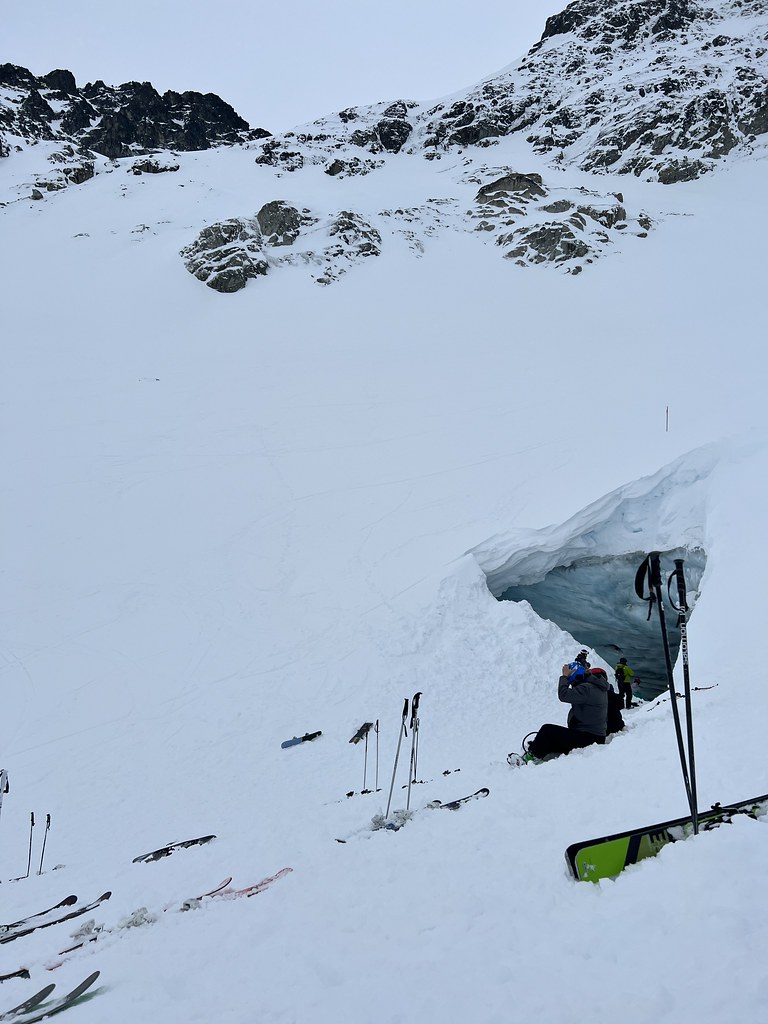 Park up at the makeshift ski lot by the opening and head on inside: 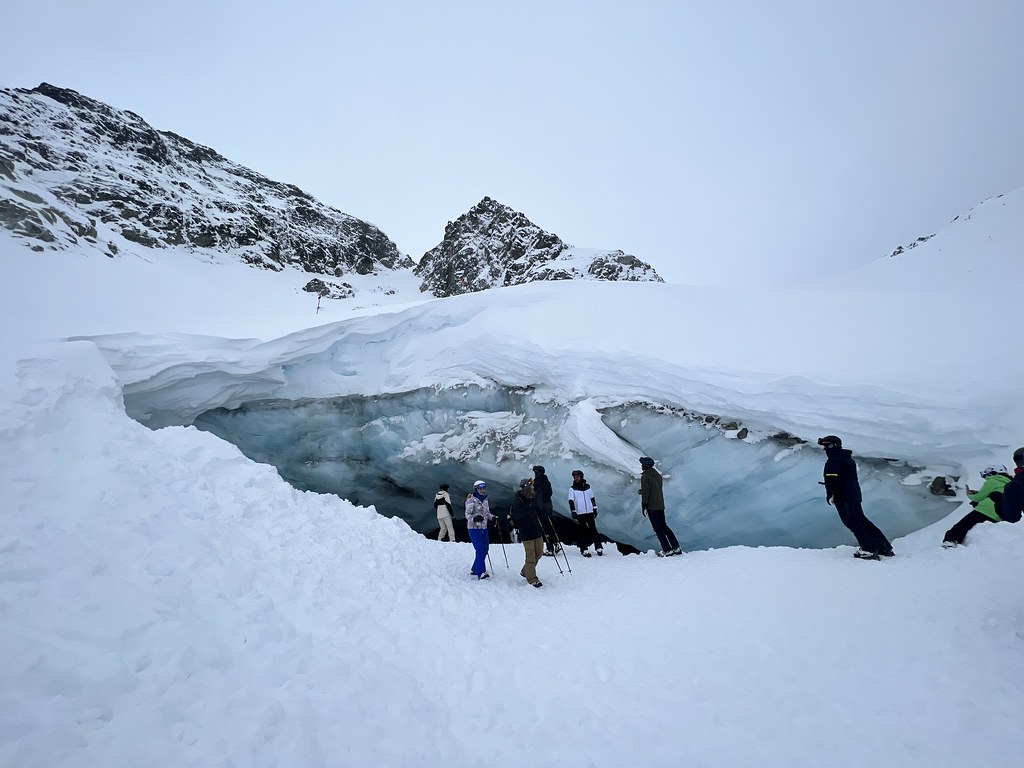 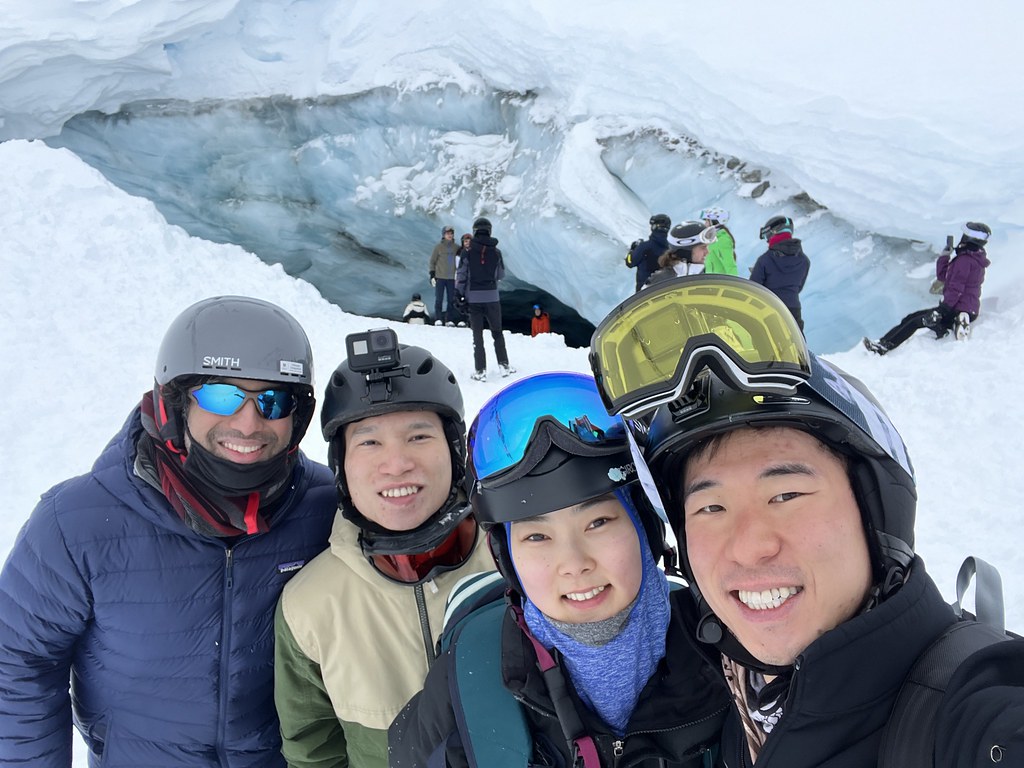 Take these photos because who knows how long this glacier has left to be open to the public before it becomes lost to climate change? 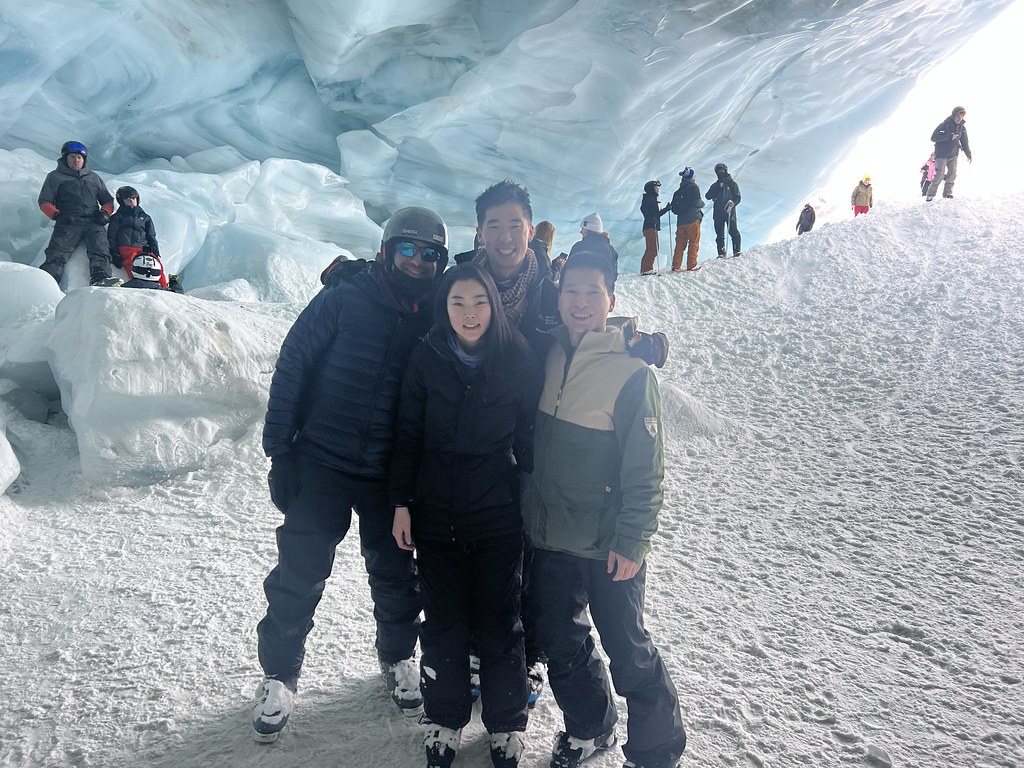 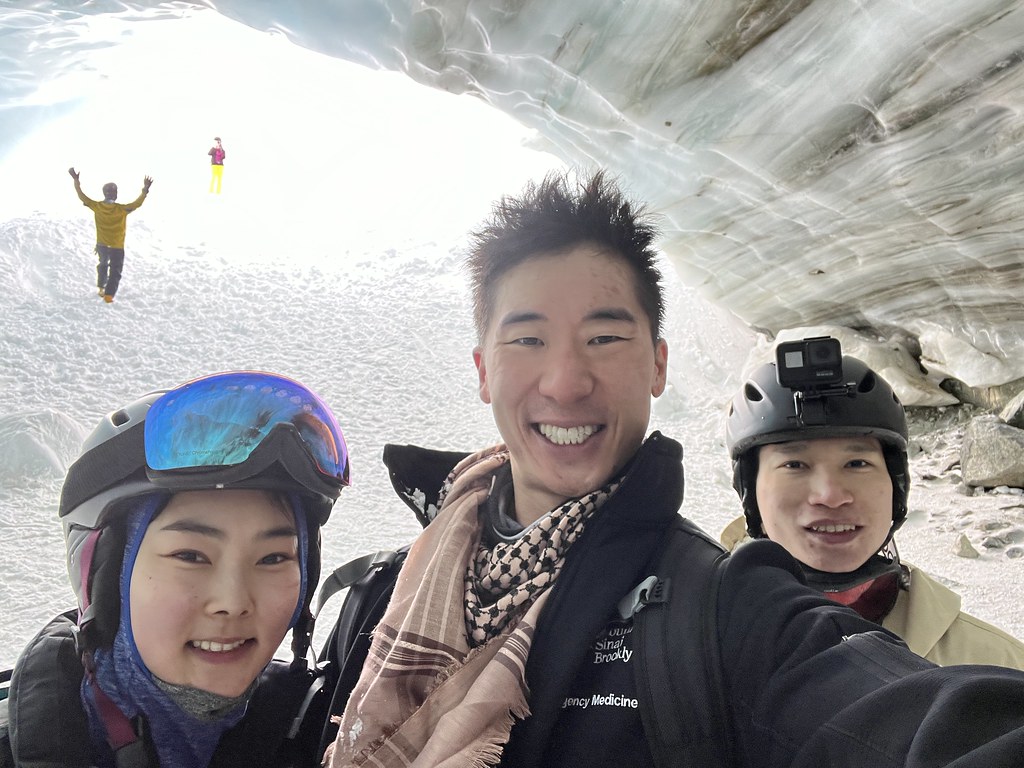 The Blackcomb Glacier just got served. 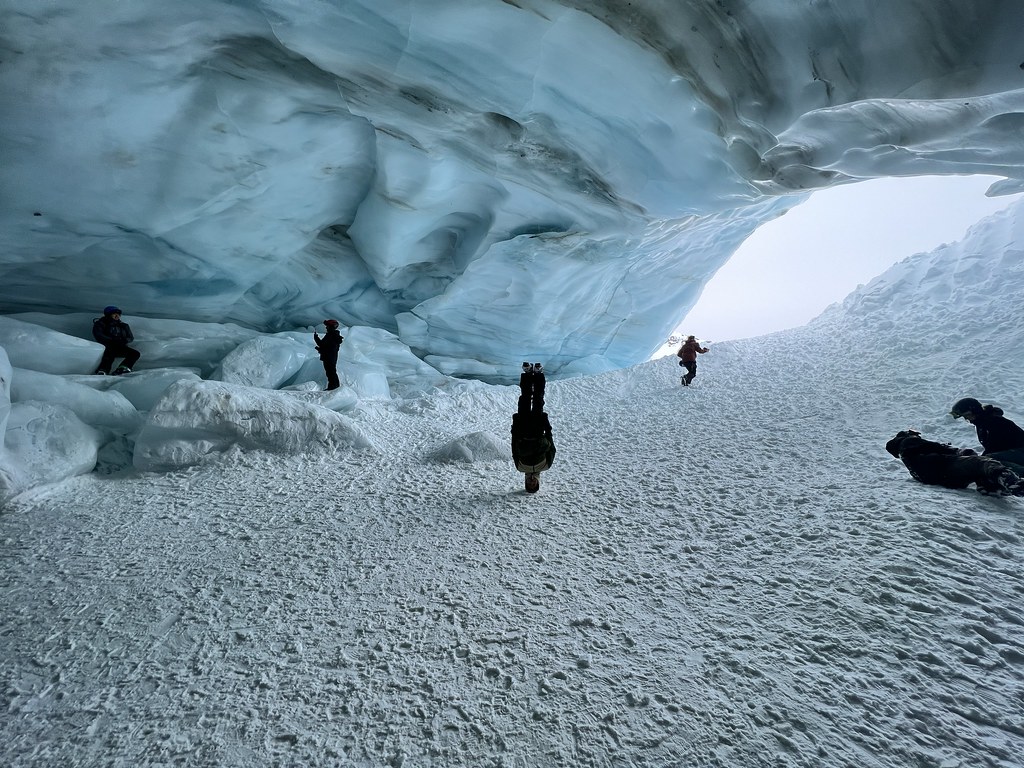 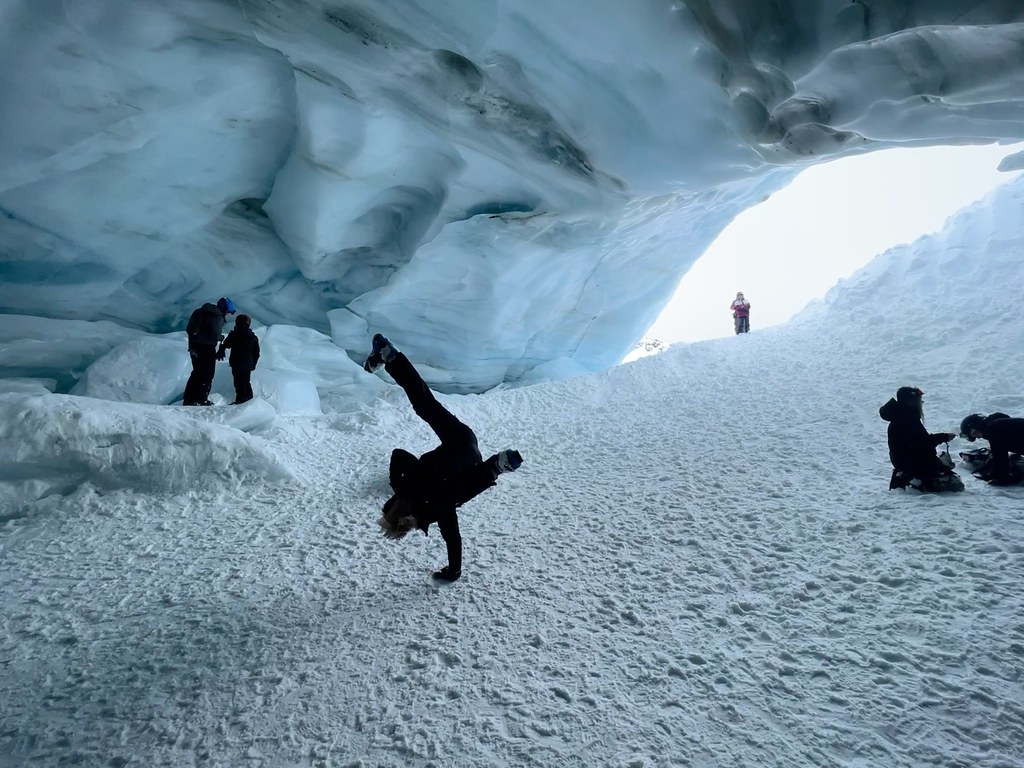 After 2 days skiing Whistler, we drove back Monday back for a day to explore Vancouver. 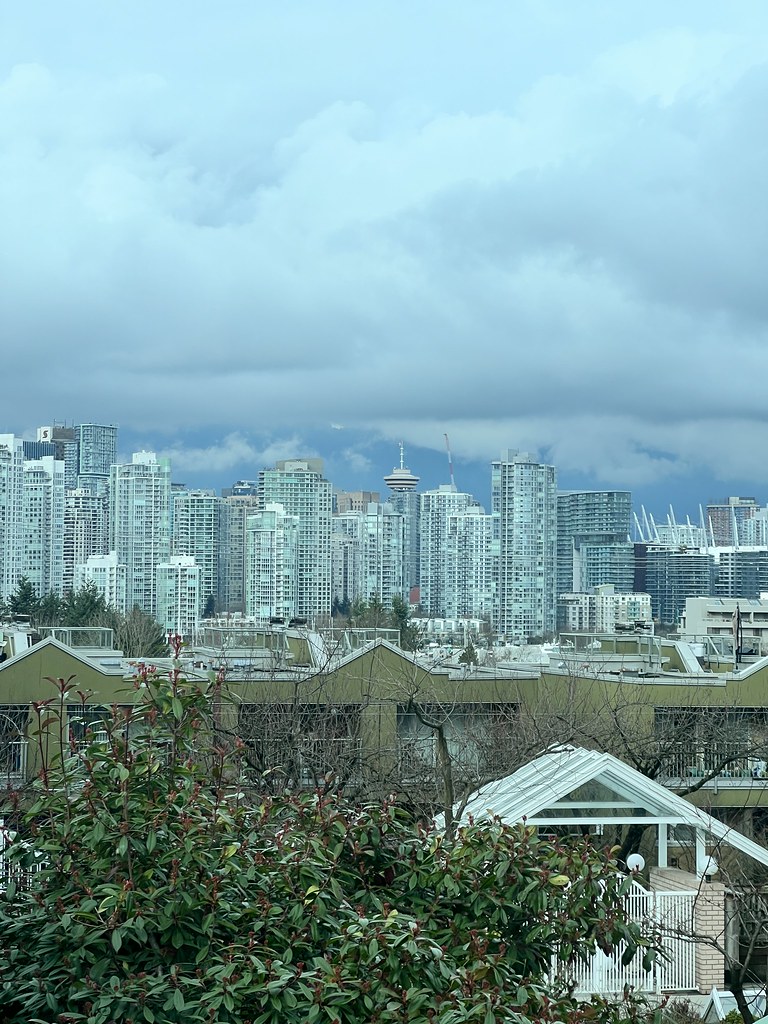 We stopped first at Dynasty for Chinese Dim Sum (where I finally got to meet Sally Ou!), and then headed out for a walk around Stanley Park underneath the rain. 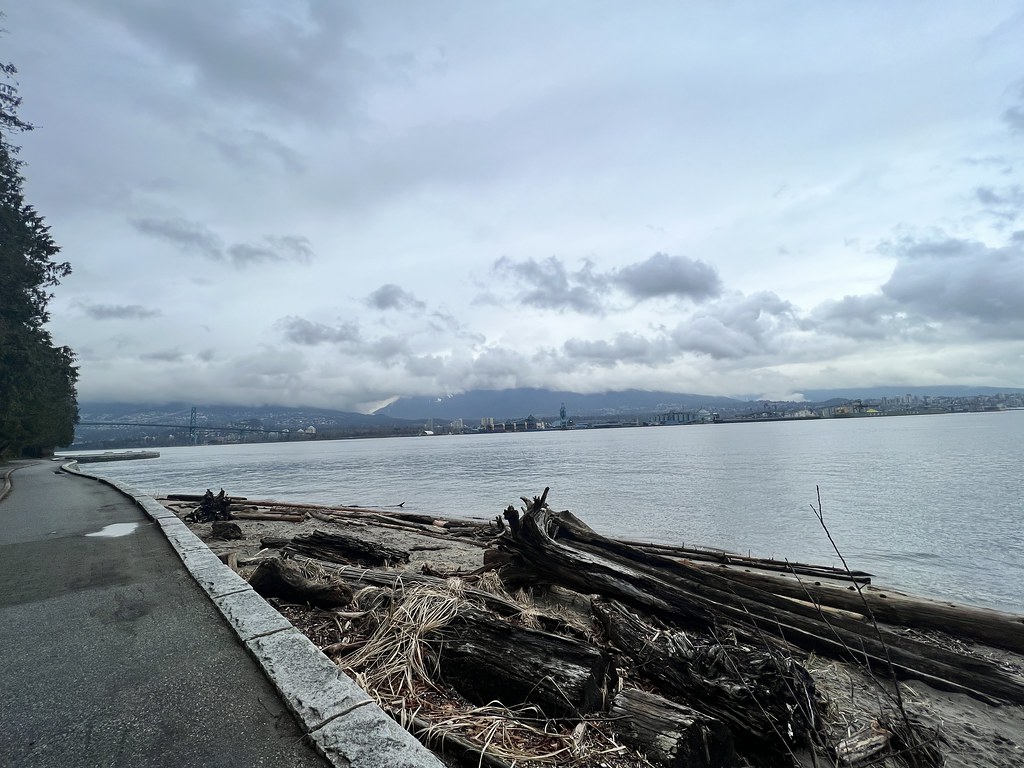 If you’re lucky, you can catch a double rainbow here: 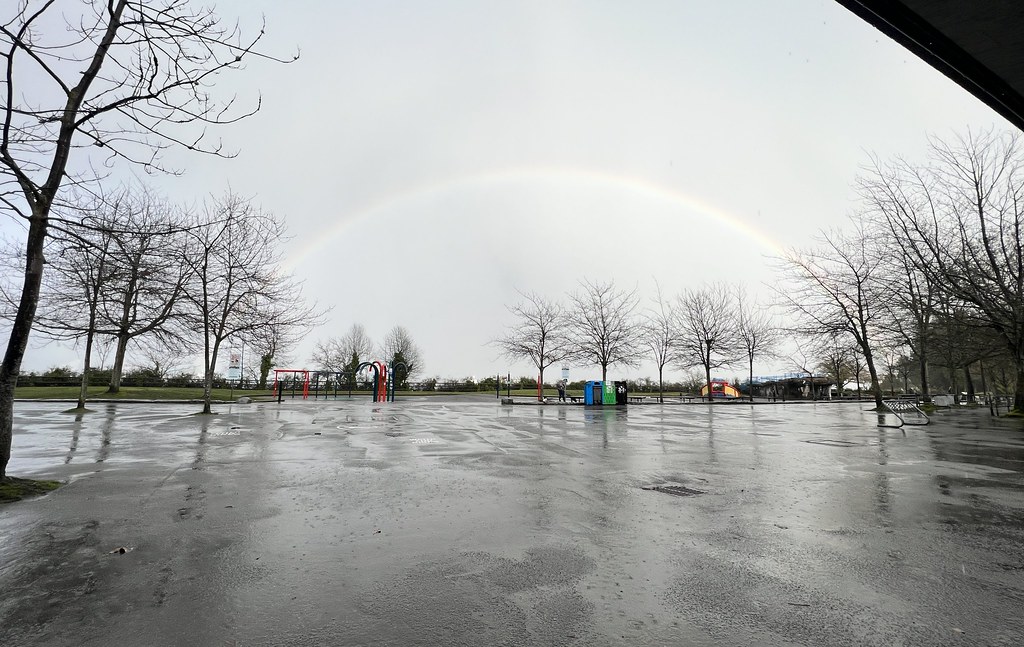 After an hour at Stanley Park we then drove on to Granville Island for some later afternoon window shopping. 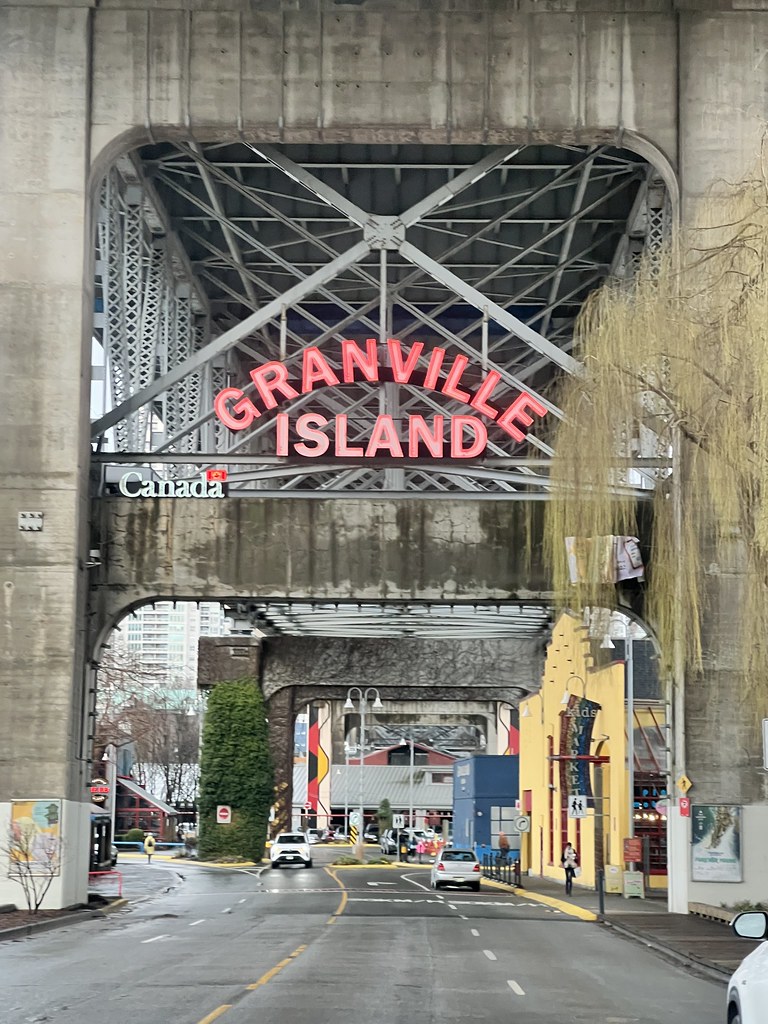 Then we circled back to Zakkushi for dinner before saying our goodbyes to Leo and Alice, and drove back across the border to Seattle. 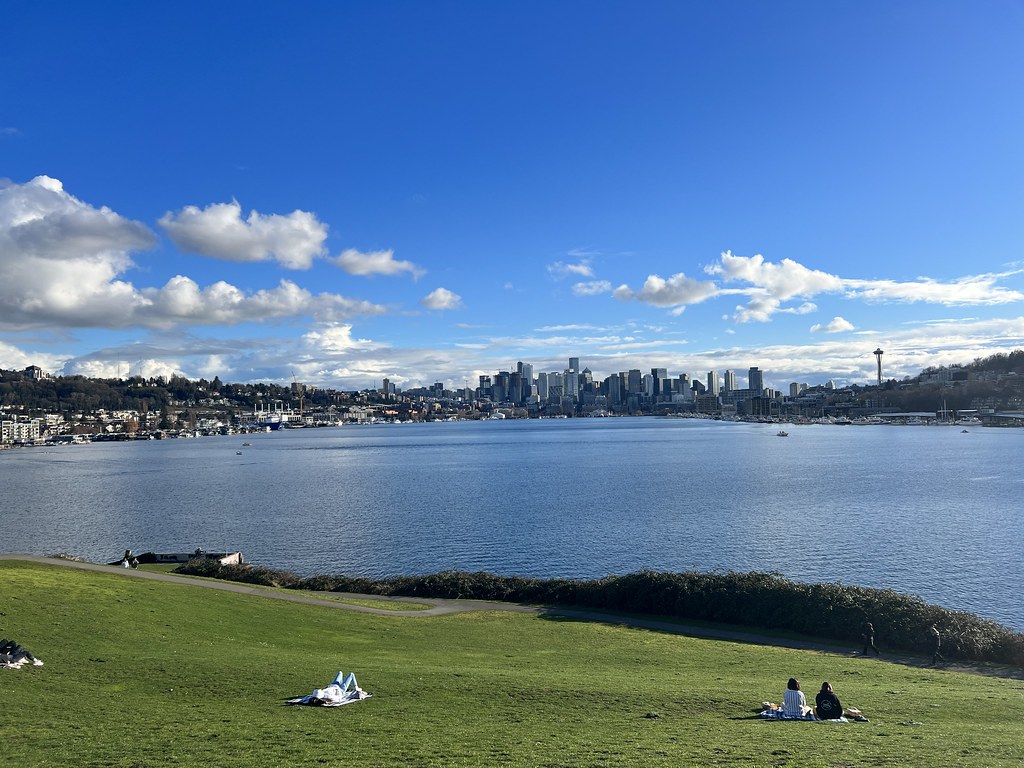 And with my extra 2 days here, I got to finally sample their famous soba at Kamonegi. But my favorite dish there was their foie gras “tofu.” And what a generous heaping of it. 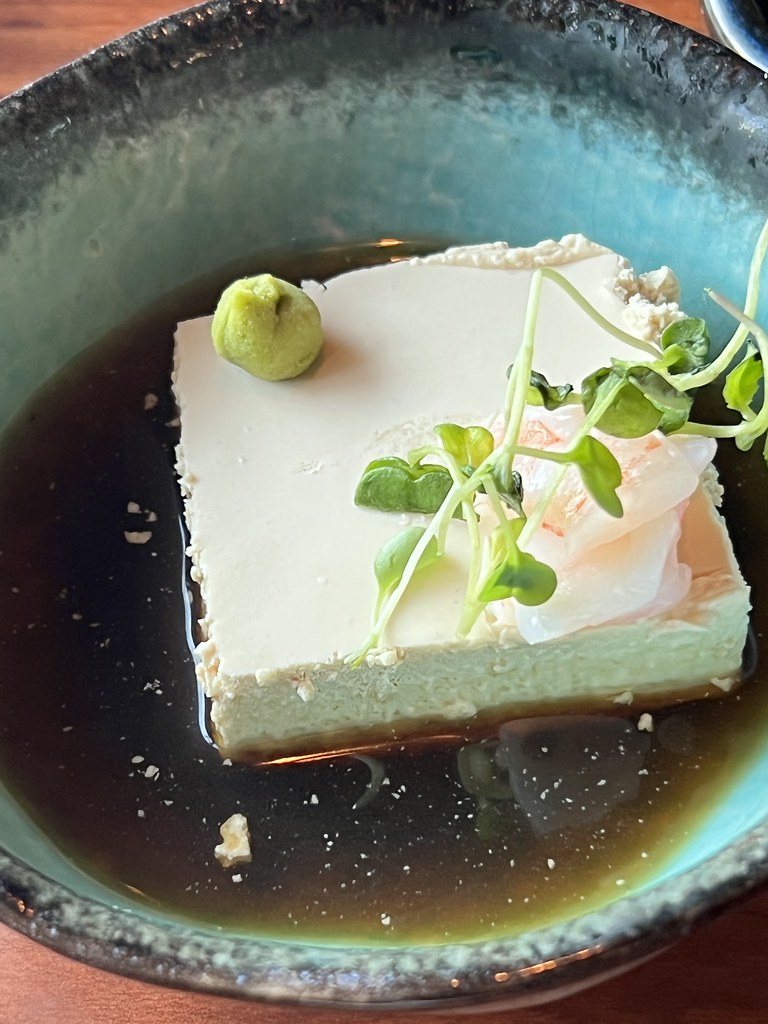 Better late than never. Pacific Northwest, I’ll be back.

- At time of posting in Whistler, it was 1 °C - Humidity: 93% | Wind Speed: 2km/hr | Cloud Cover: snowy, rainy, foggy, clear, all the elements depending how high you are on the mountain