“Samarra” Happy To Be Here!

For our third and final day in Iraq, we embarked on our journey to Samarra, capital of the Abbasid Caliphate and the only remaining Islamic capital retaining its original architecture, plans and relics.

Before leaving we were treated to the royal treatment when police officers stopped traffic for us to take photos of statues around the city. 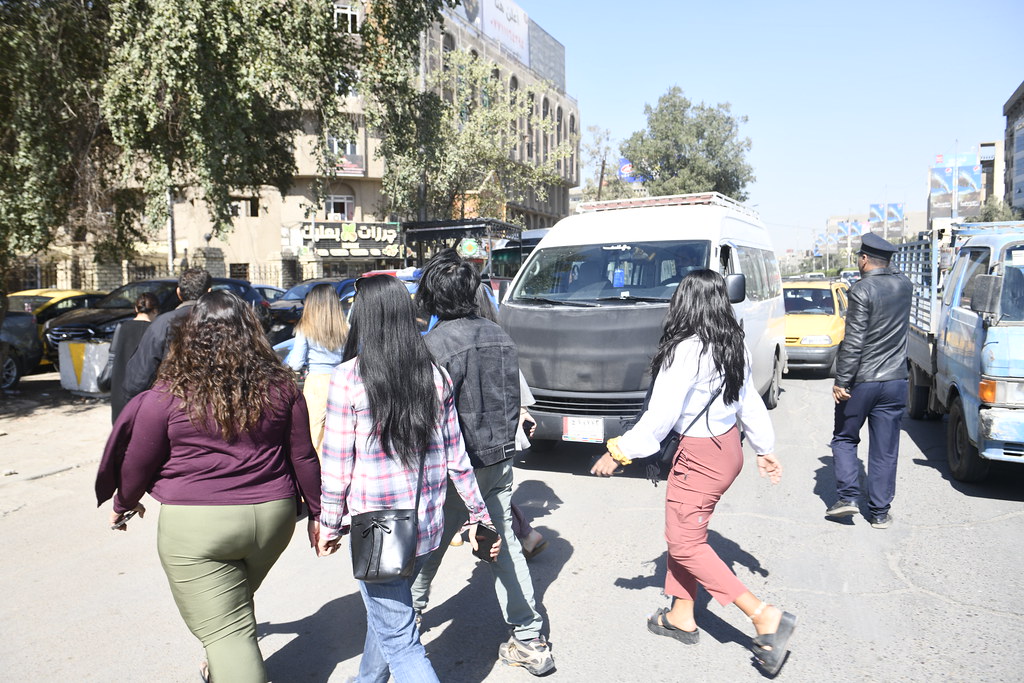 We then obtained our rapid PCR tests in order to leave Iraq, with a current turnaround time of 4 hours for $96 USD. 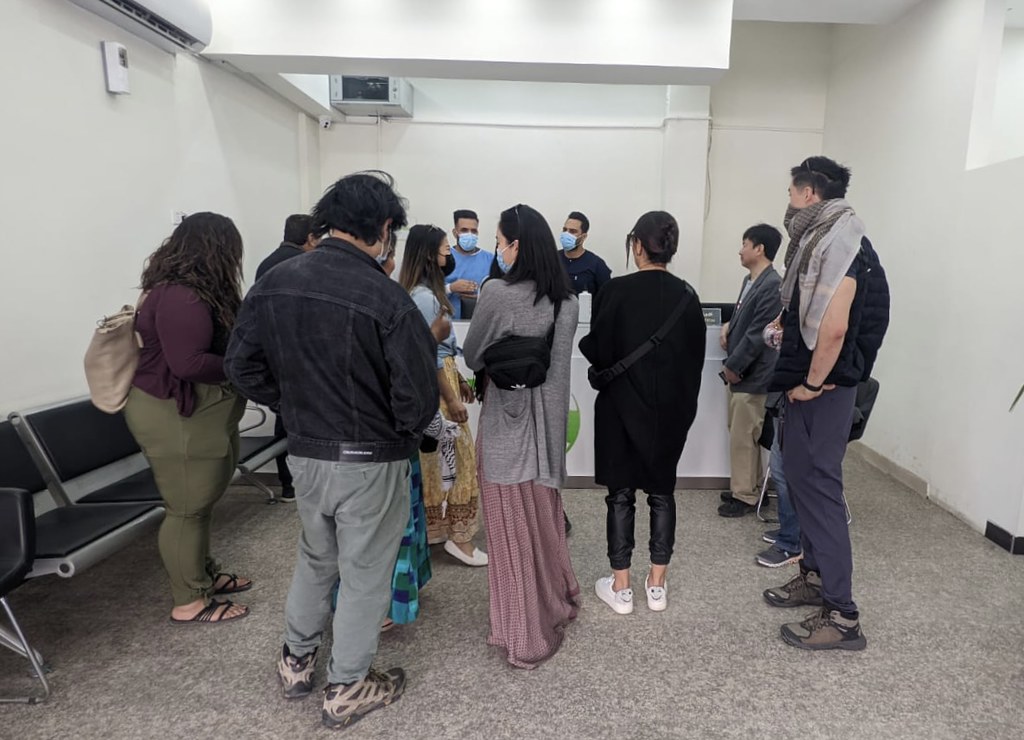 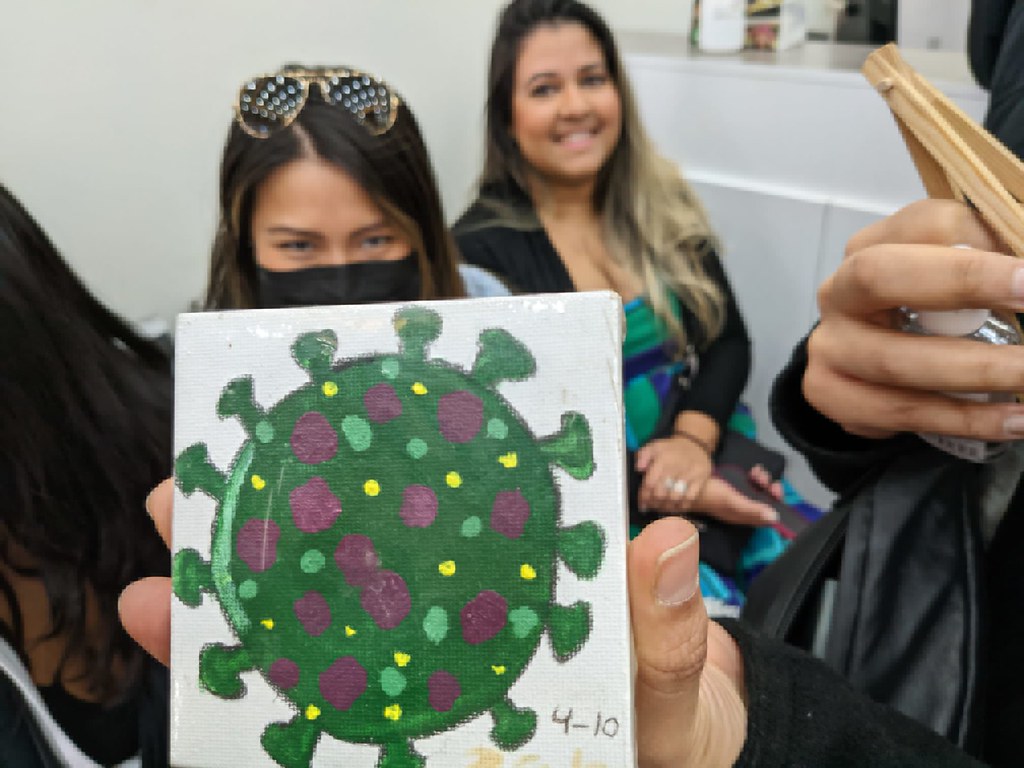 Then with a quick stop for souvenir shopping . . . 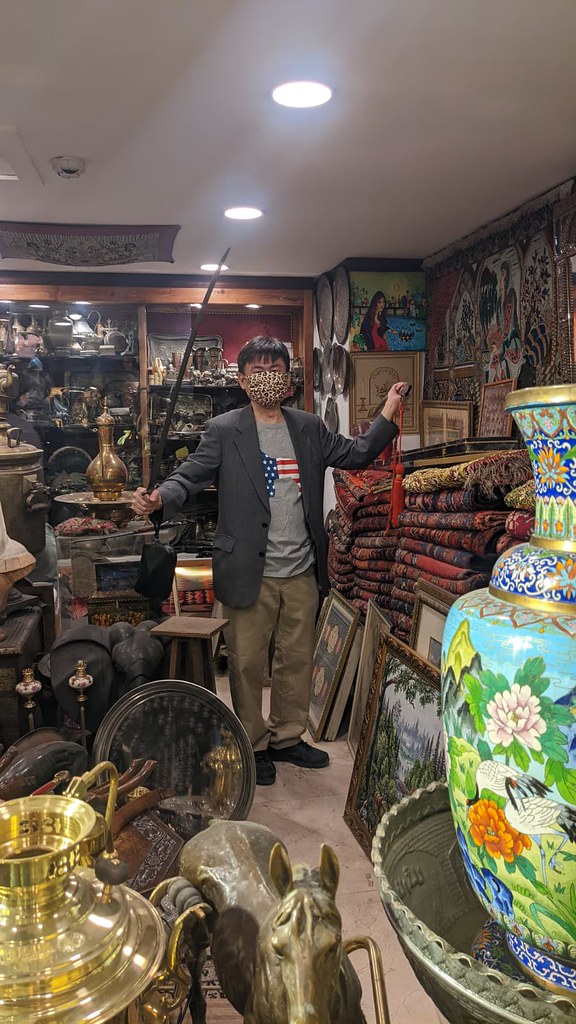 . . . we then drove out the 2 hours to reach the Samarra Minaret. Our guide then had us stop for lunch at a random spot that sported an odd choice of idols on its wall. 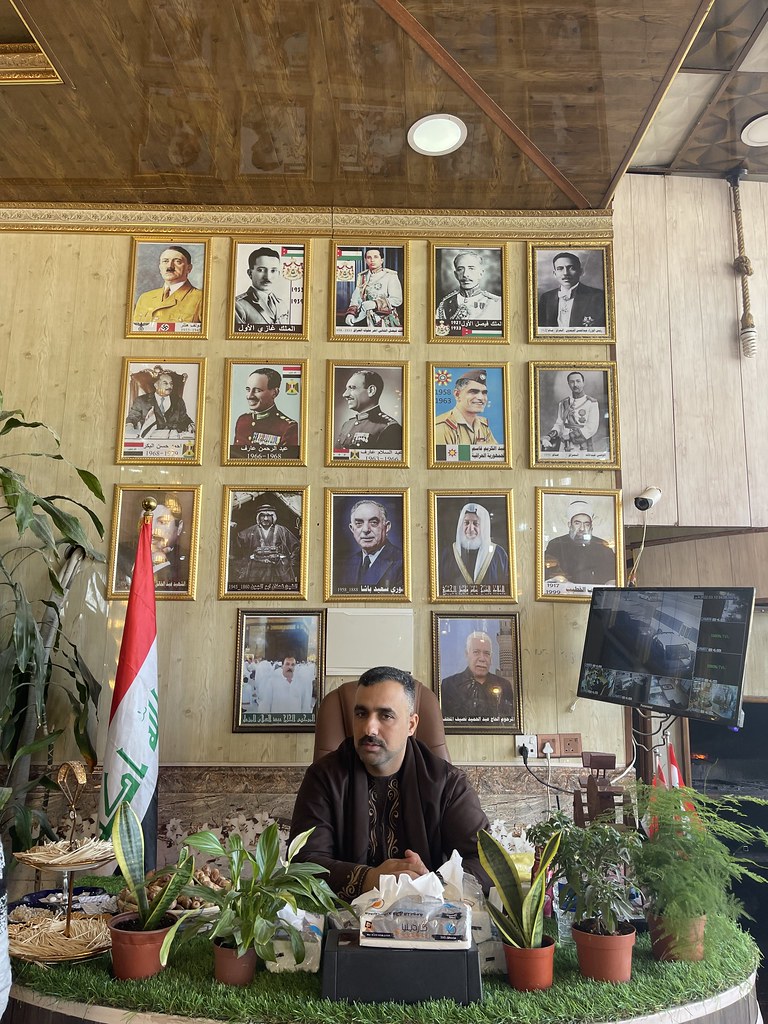 We quickly bounced out of there and headed for the Great Mosque of Samarra. Built in 847 AD, it was named a UNESCO World Heritage Site in 2007. 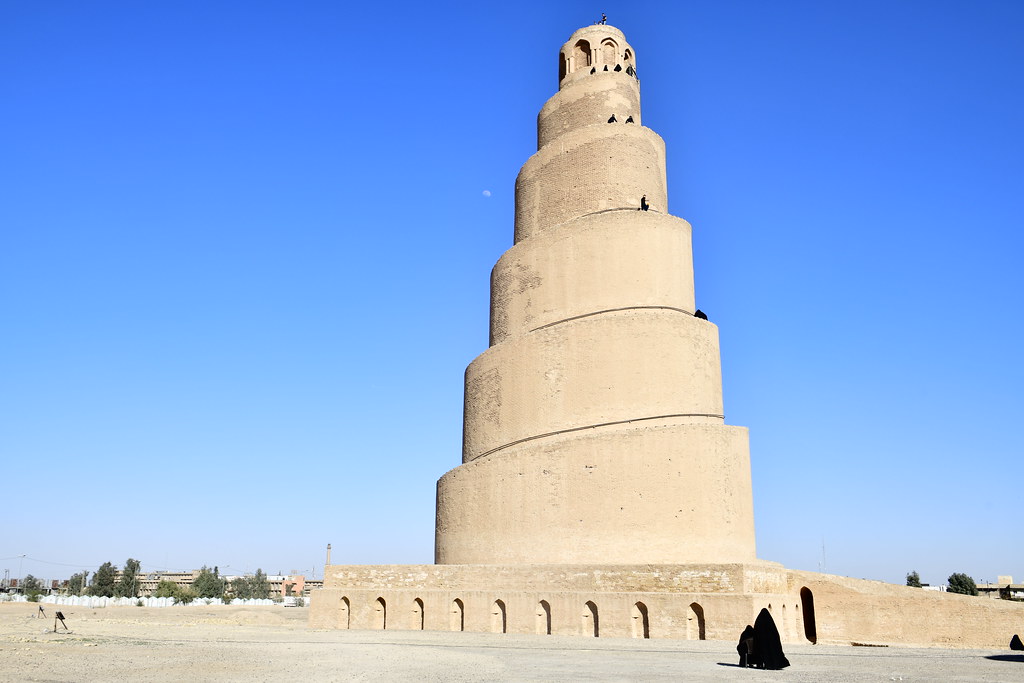 Get your best poses in: 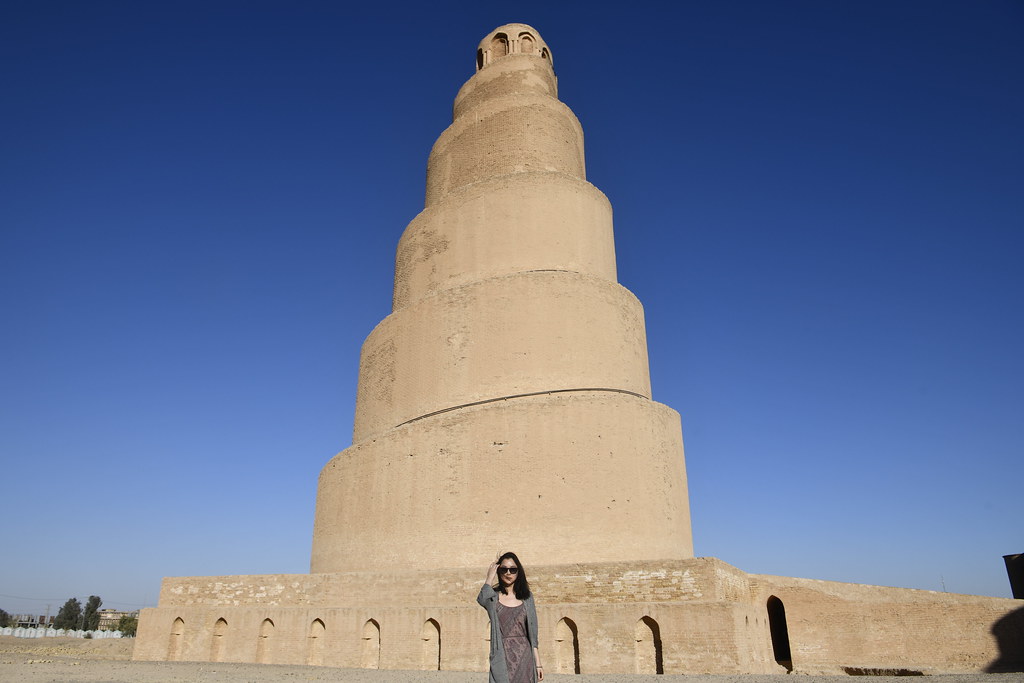 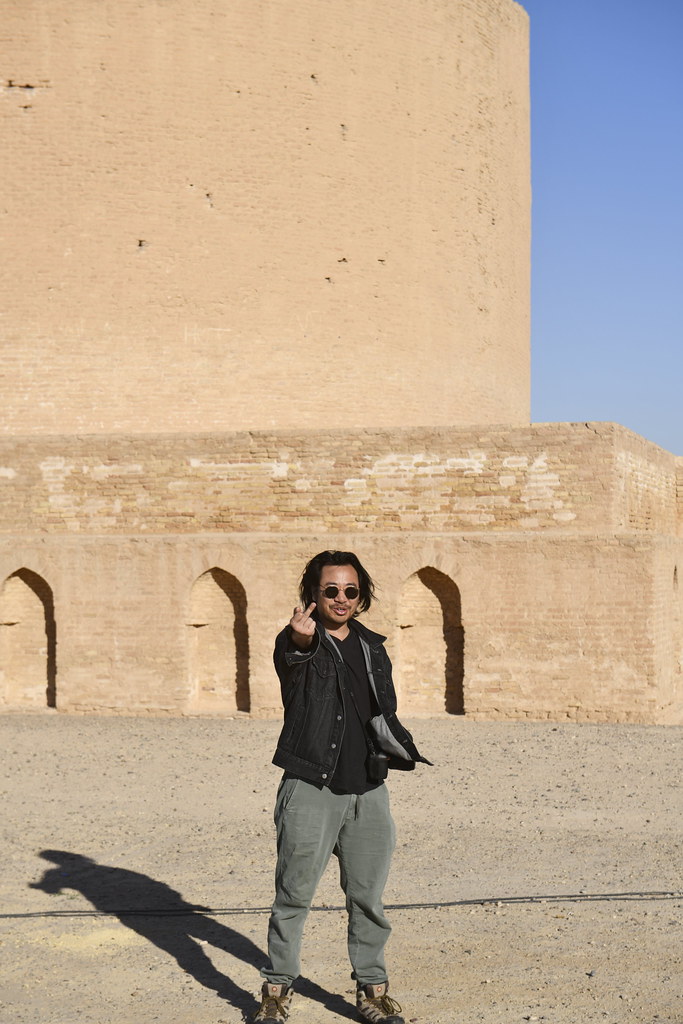 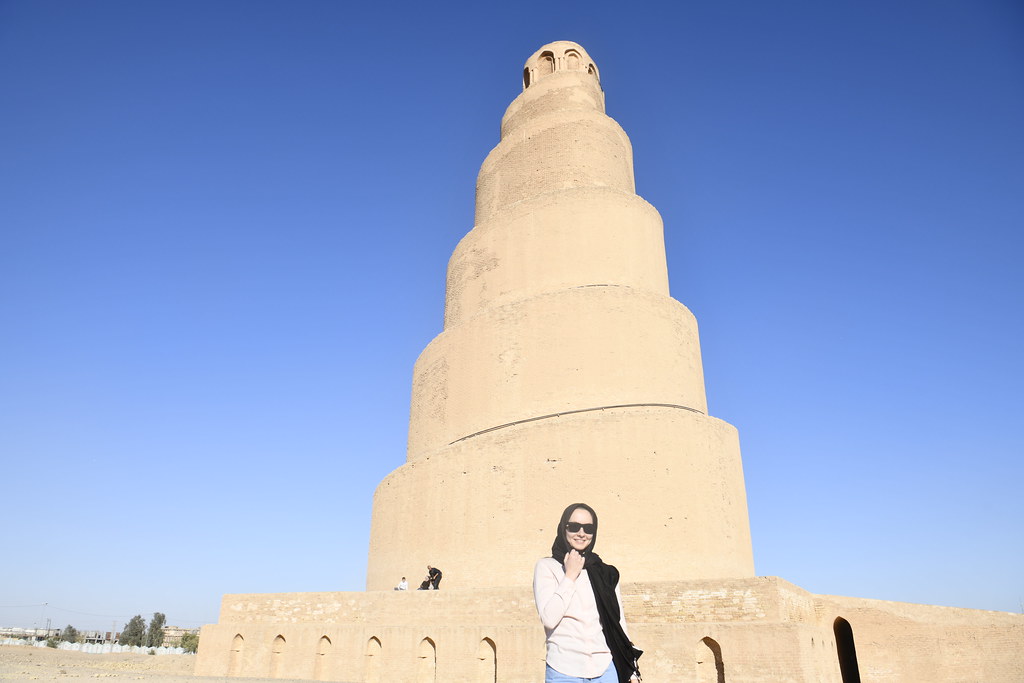 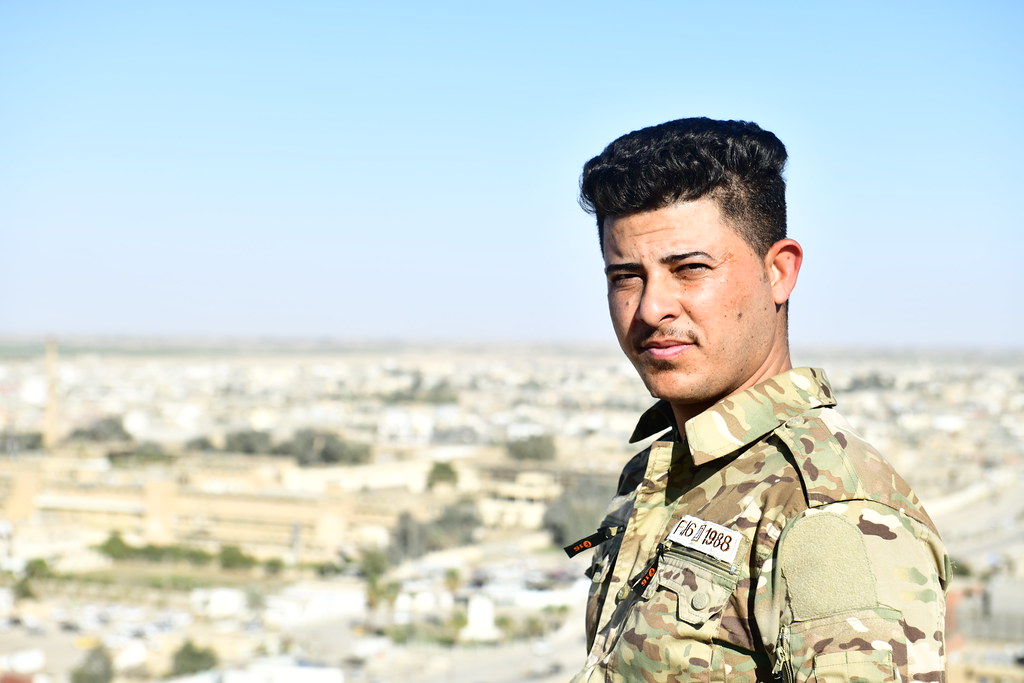 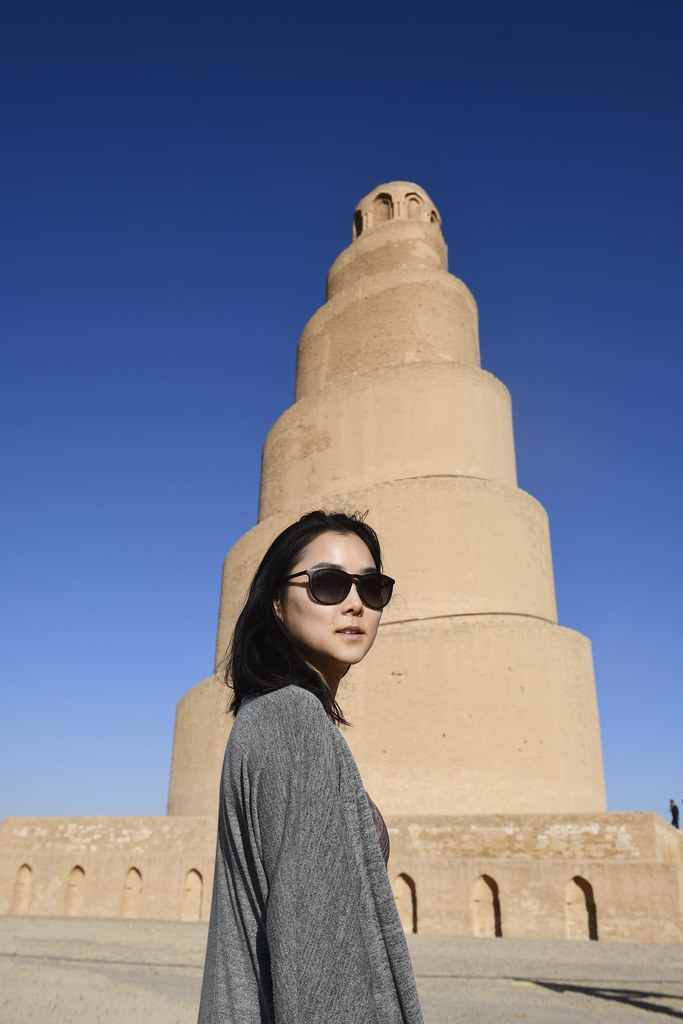 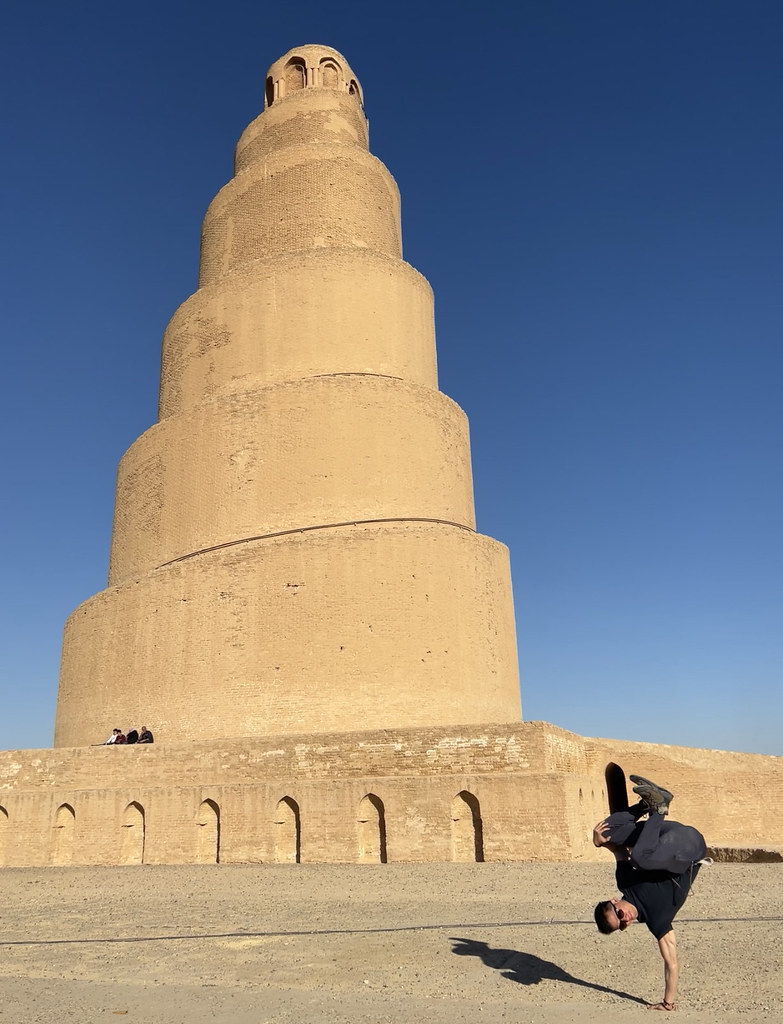 If you like you can walk the spiral staircase all the to the top. There are NO railings, so hug that wall if you’re afraid of heights. 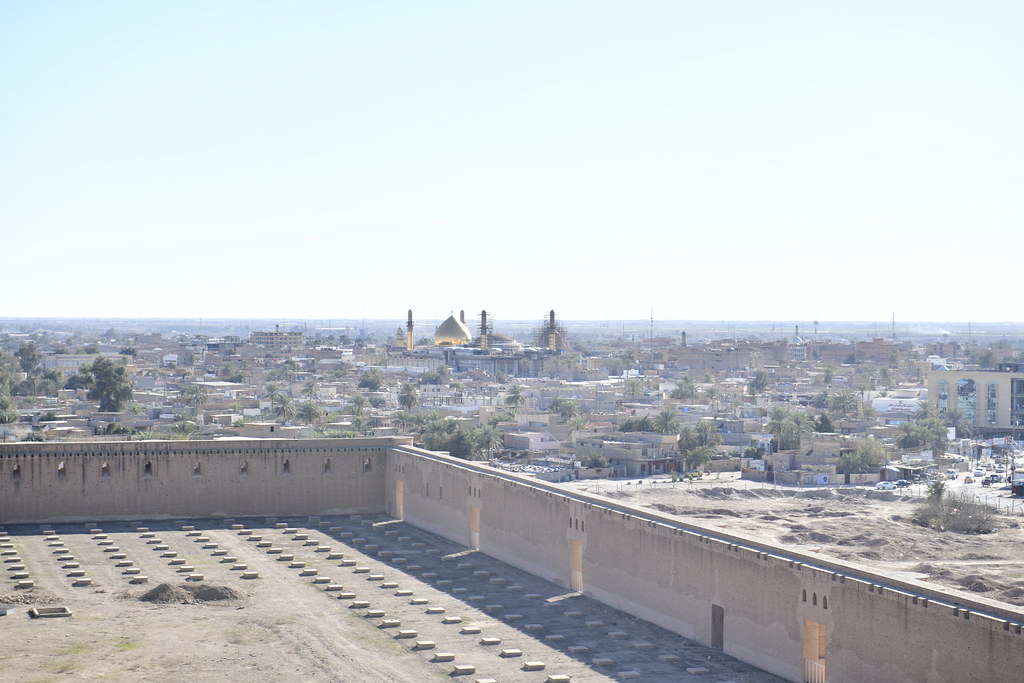 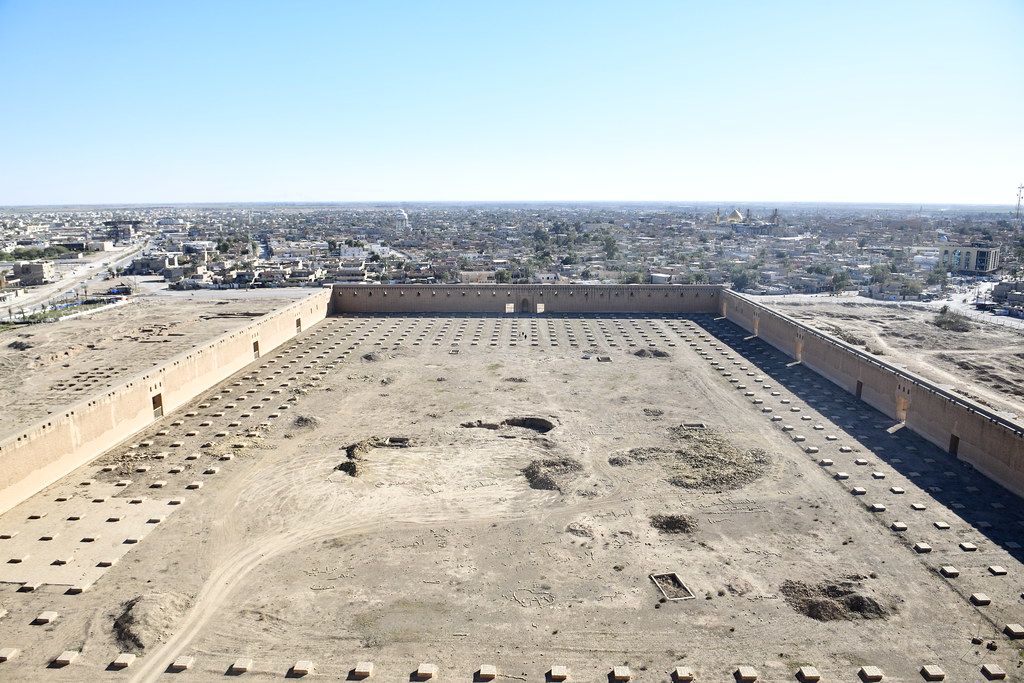 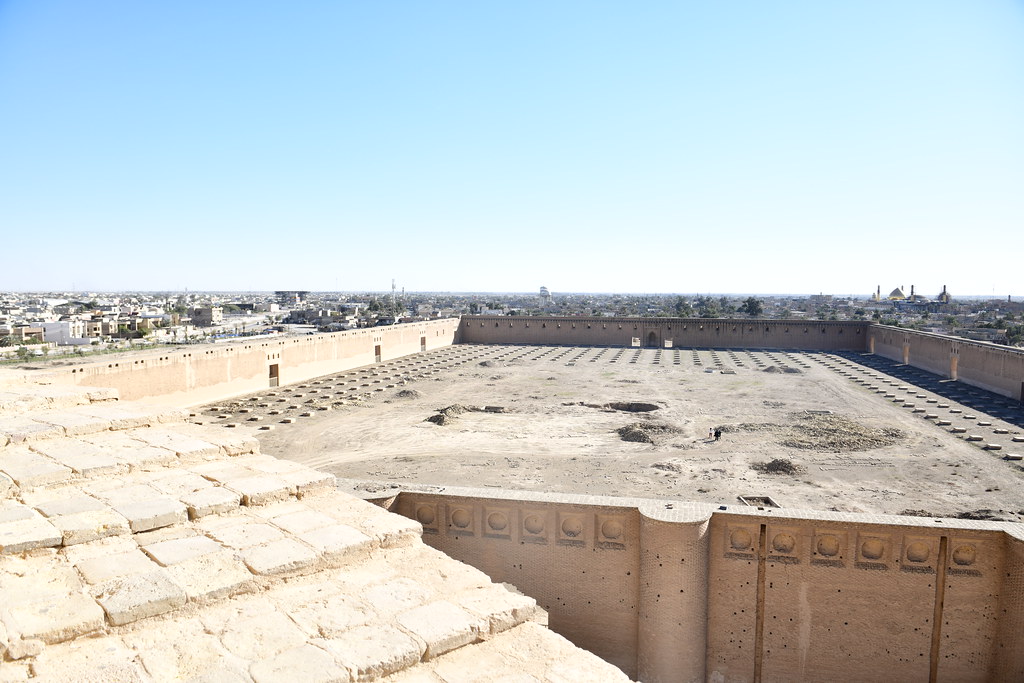 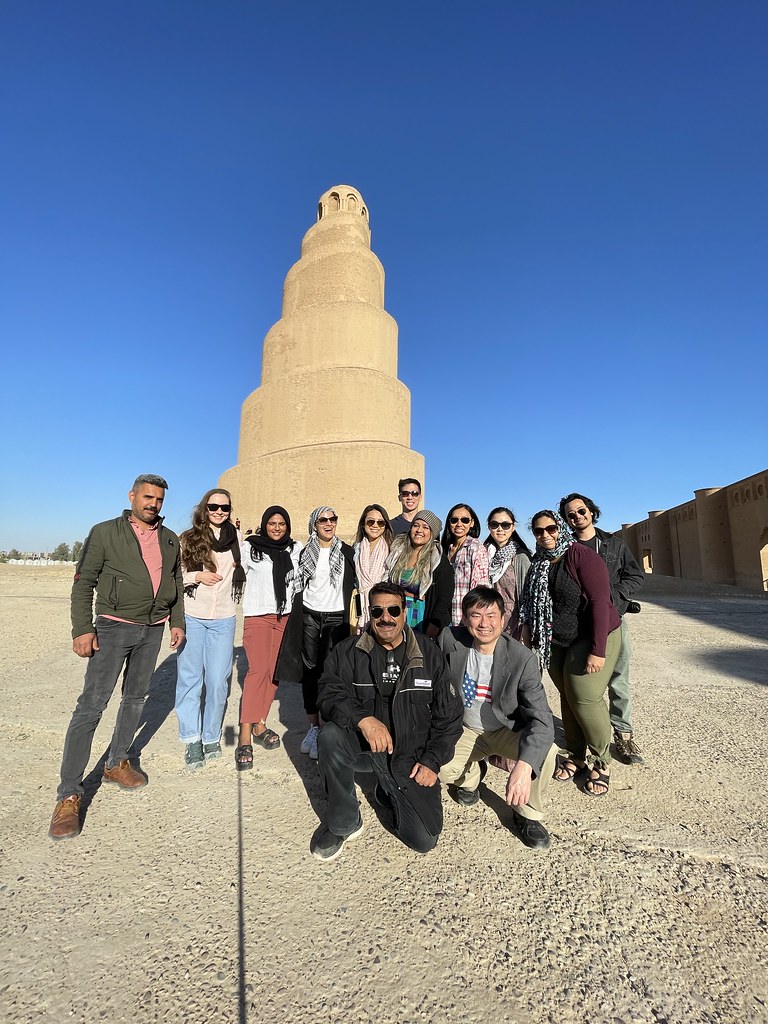 After about a few hours here, we returned the 2 hours back home, making it to Baghdad to pick up the hardcopies of our PCR tests and then having dinner at a swanky food hall next door. Then we had a minor scare where our local guide, Raad, seemed to look very tired and fatigued. Although he was in the company of 4 physicians in our group, I got really concerned and almost considered sending him off to the hospital.

But after on his insistence, we sent him off to rest and lie down in the bus. After a bit of checking in every 20 minutes, he eventually bounced back right as rain. With all the distractions of it being the last night, figuring out dinner without a translator or an English menu, and trying to sit altogether, collecting gratuity for Raad and our driver Awad, this potential medical emergency completely threw me off as a a real scare. 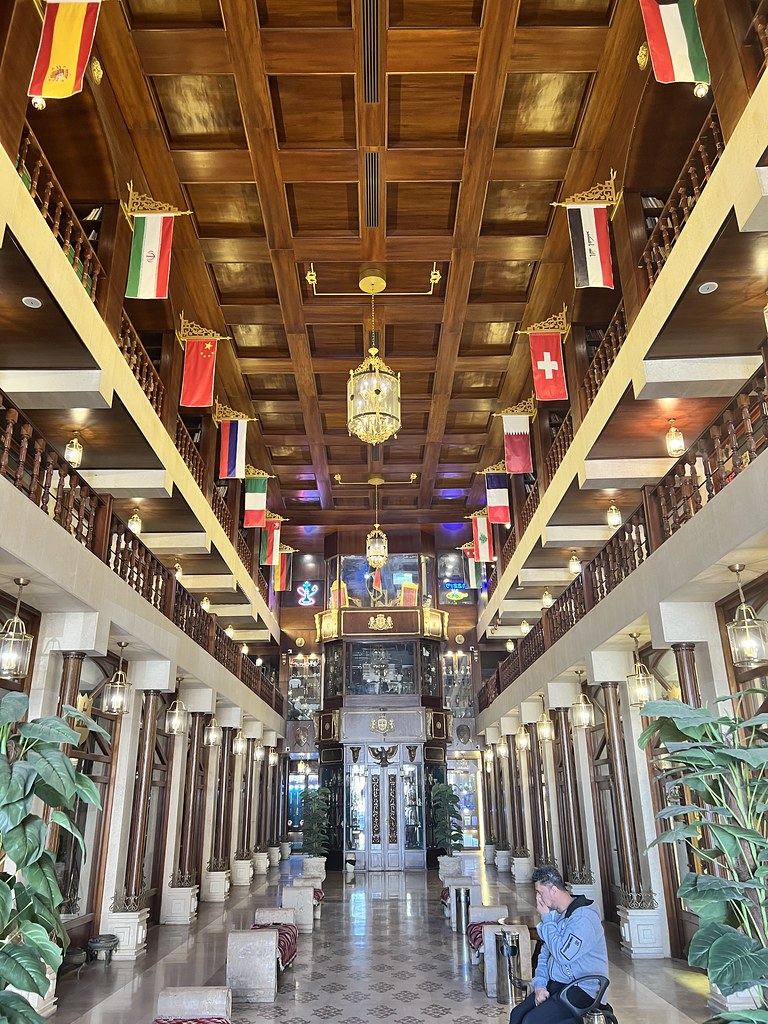 The next morning we got up at 4:30am for our 7:50am flight to Amman. Although that seems a little on the earlier side, don’t take that risk in Baghdad at this time of posting because there are at least 5 security checkpoints to go through to get to your gate: 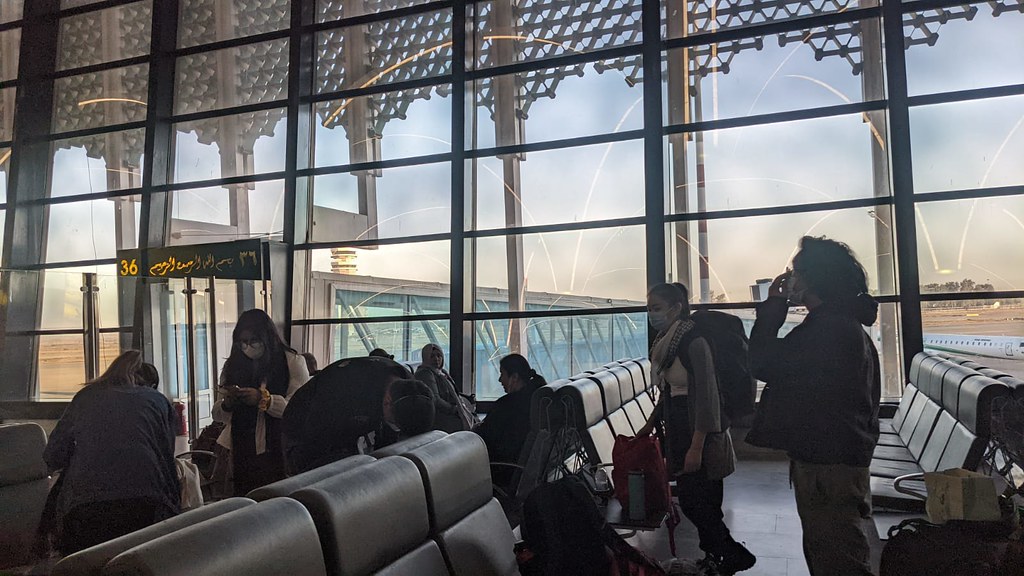 But with a bit of finesse, patience, and putting up with lack of sleep, we made it! Onwards to Jordan.