Waking up in Caernarforn, we spent the morning exploring the castle grounds where the investiture of the Prince of Wales took place in 1911 and again in 1969 for Prince Charles. 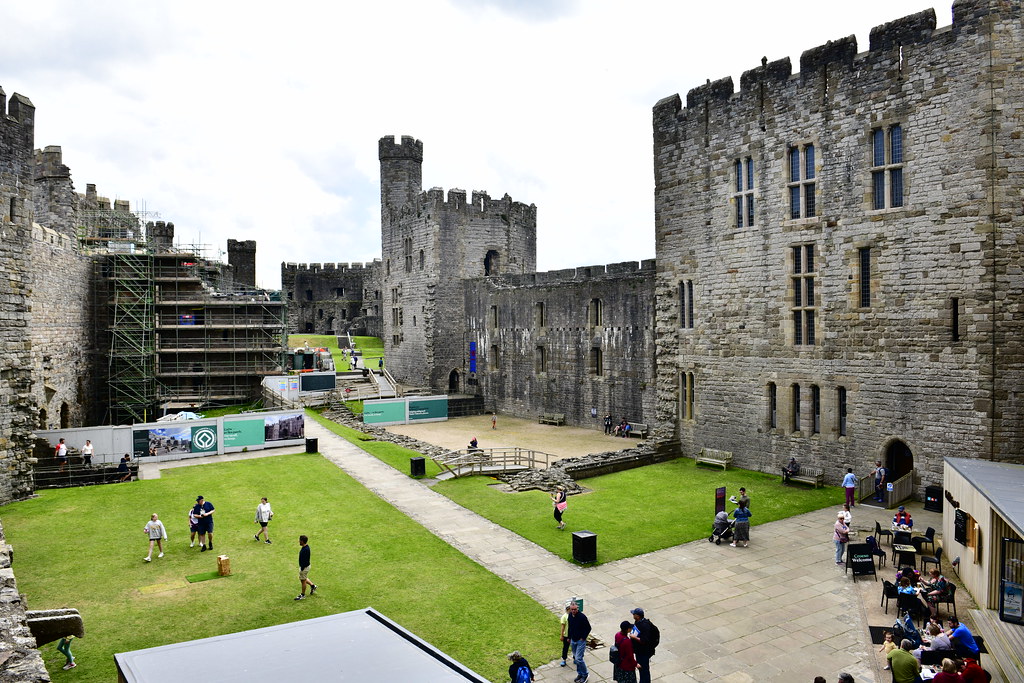 After an hour here we then drove out for a detour to *inhale* … Llanfairpwllgwyngyllgogerychwyrndrobwllllantysiliogogogoch, the world’s second longest town name) after Taumatawhakatangihangakoauauotamateaturipukakapikimaungahoronukupokaiwhenuakitanatahu in New Zealand).

Name too long for you? You can also refer to the town by its (relatively) shorter and easier to pronounce name of Llanfairpwllgwyngyll or Llanfair Pwllgwyngyll: 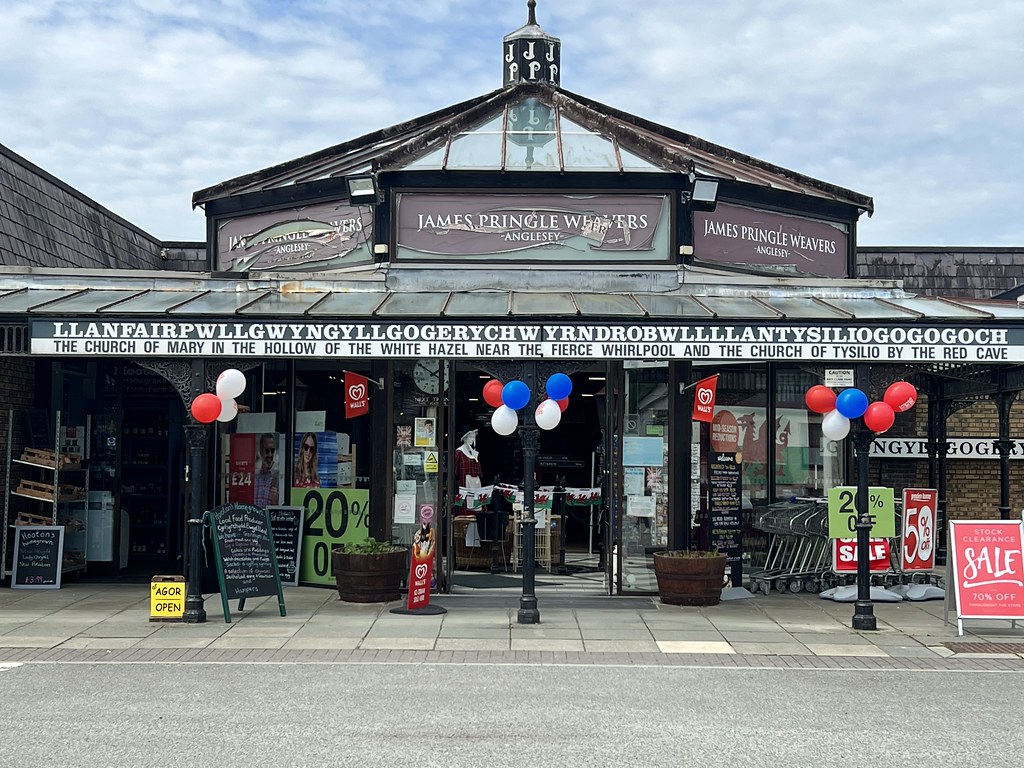 The best place to get a photo of the whole town name is at the train station. 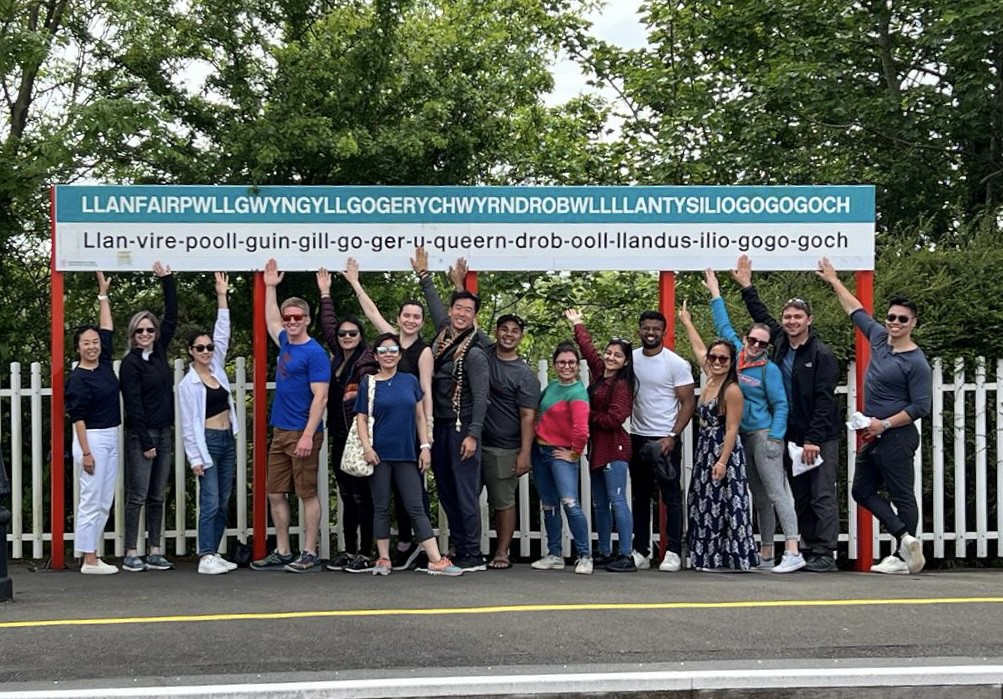 After 45 minutes souvenir shopping at the station, we then drove onwards for Conwy: 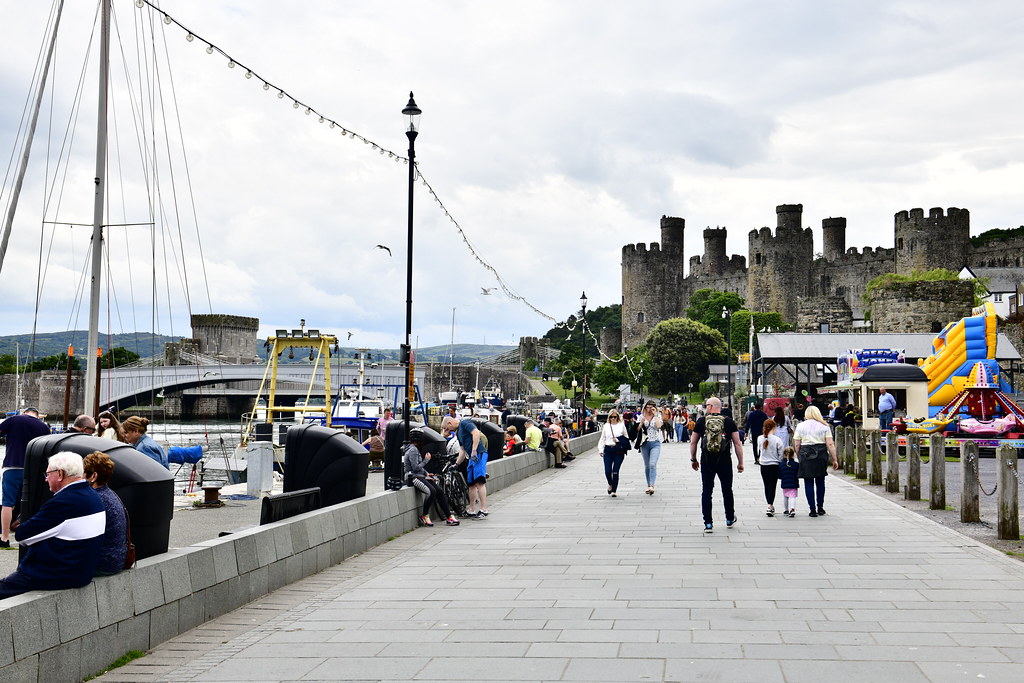 After a few hours here walking around and having lunch, we then said our goodbyes to Wales. About an hour east led us back into England and the city of Manchester where we dropped off our bags at our final stop at CitySuites Aparthotel. As some of us freshened up, 4 stalwart drivers hit the road for one final drive to Manchester Airport where to return our cars to finish the road trip. Don’t worry, I got their dinner.

As the drivers returned via Uber, the rest of us walked over 10 minutes into the city for one last dinner together. At Nishant’s insistence, we couldn’t leave the UK without trying British Indian food, which he argues serves better Indian fare than the subcontinent of India itself. Because of group size, we chose to go with the perennial crowd-pleaser of Dishoom in Manchester.

Everyone loved it, and more than I had expected! 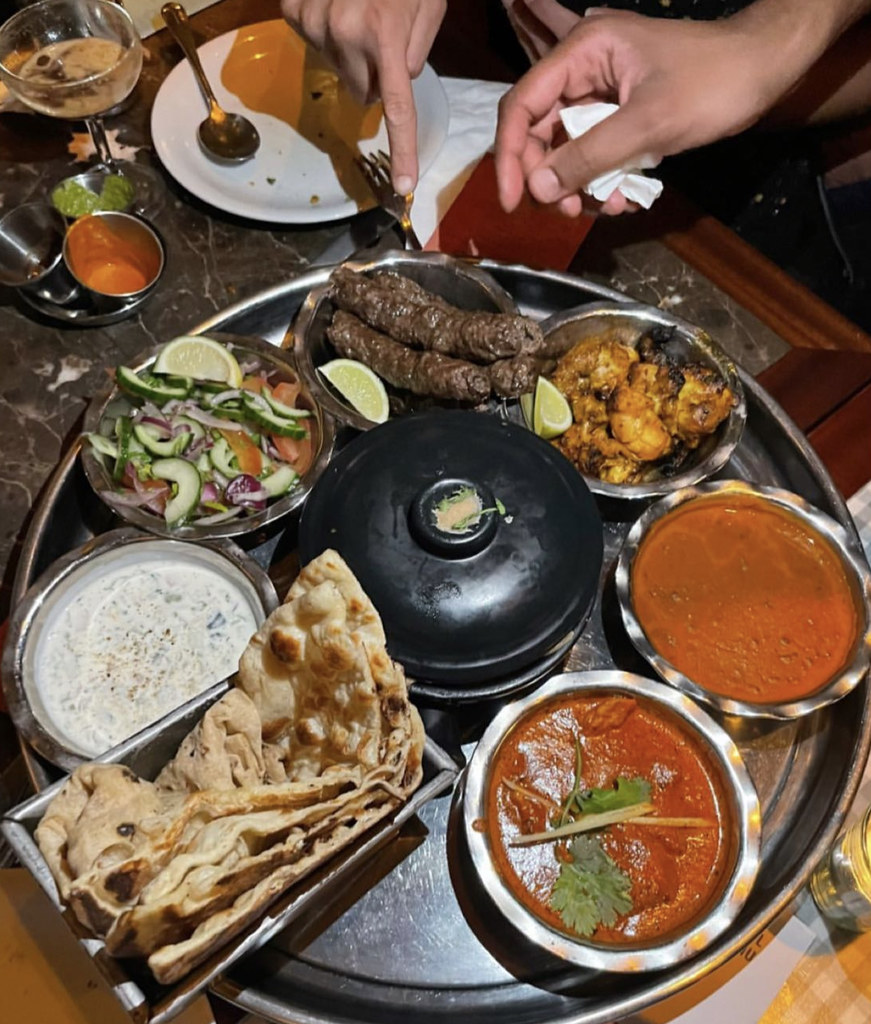 By 10pm we were back out on the rainy streets of Manchester where I offered them one final goodbye walk around the city I had once done alone 3 years ago. 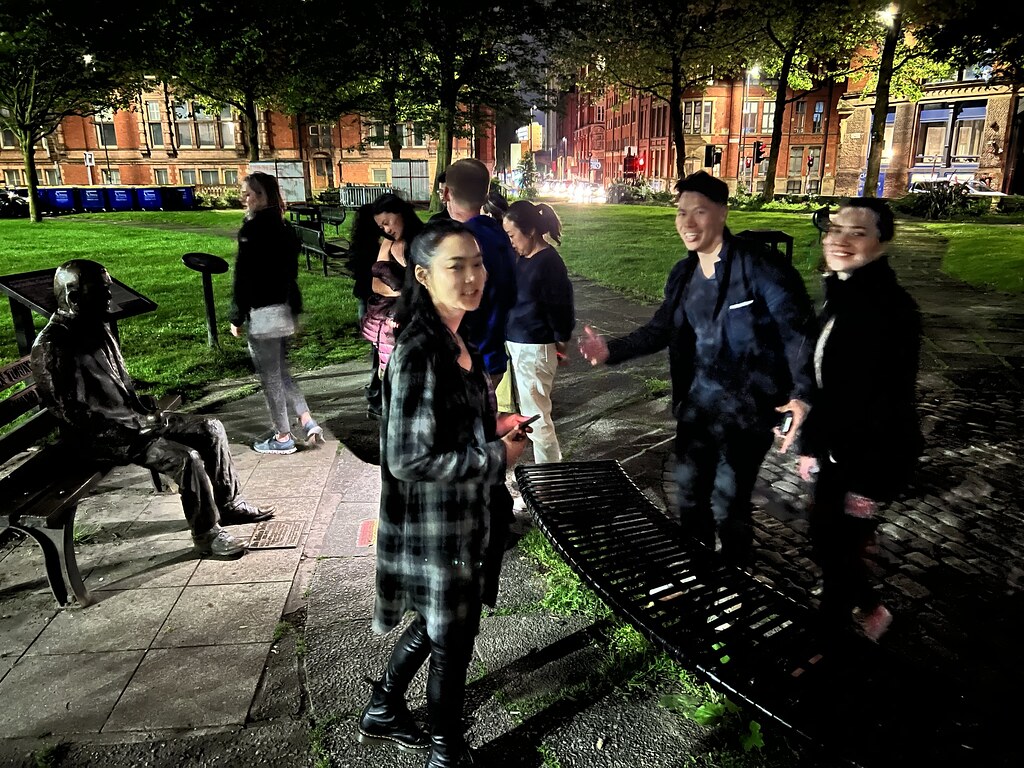 And more quickly than ever, before we knew it. It was time to say goodbye. 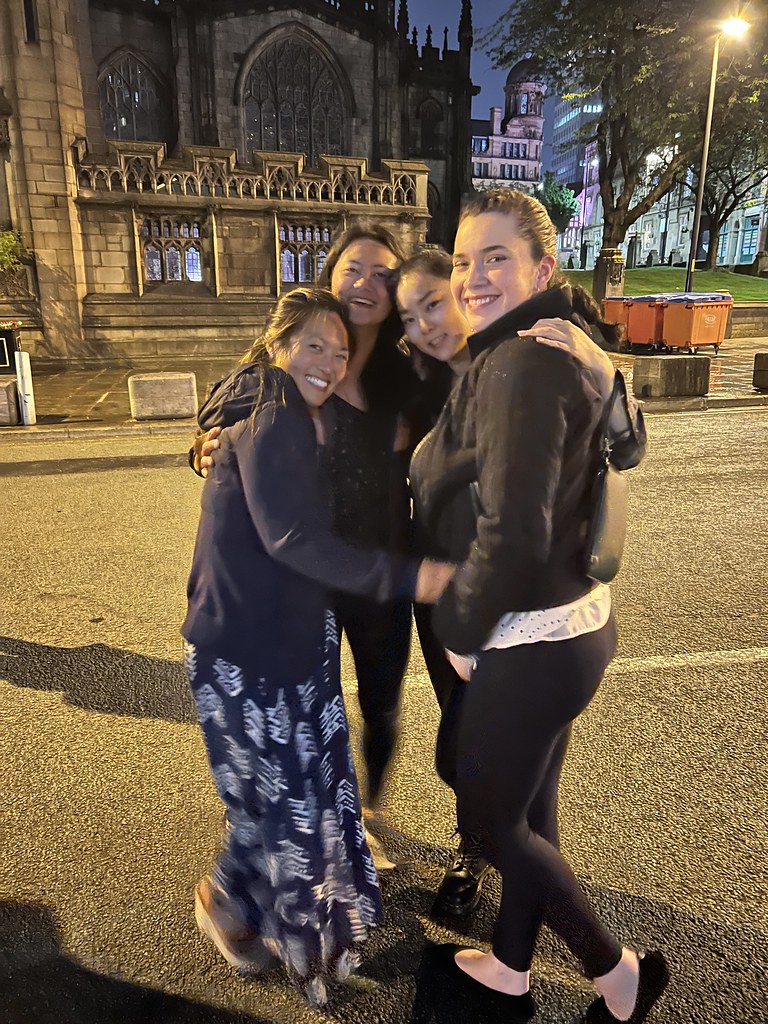 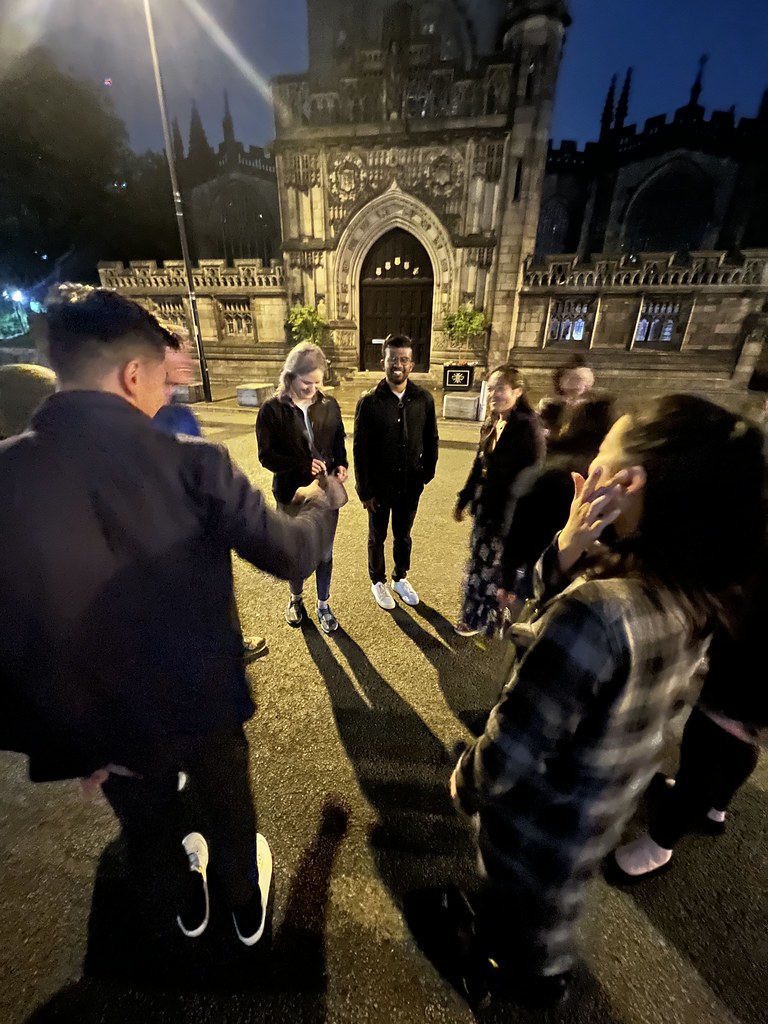 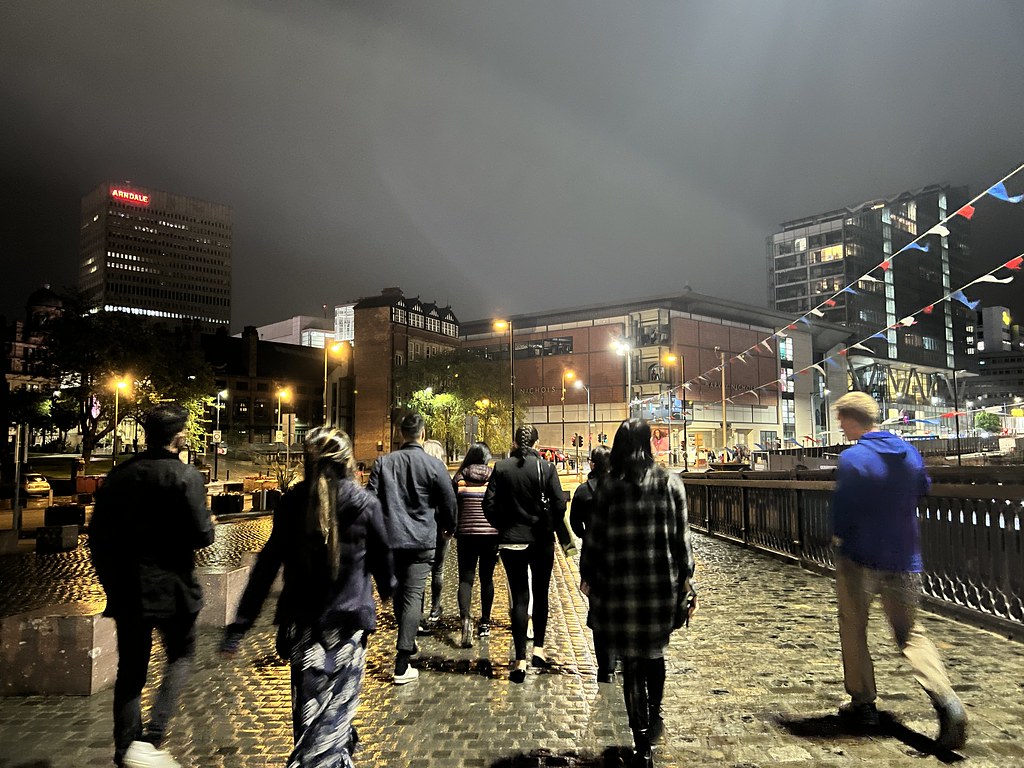 As of time of posting, I’m still getting post-trip stories but this time of things going off the rails: cancelled flights, redirected flights, missed flights, and even the UK police getting called for pepper spray, etc. etc. Why does this keep happening after a monsoon is over? Does it mean we were not meant to say goodbye yet?

Alas, the goodbyes have been set. But it wasn’t all bad, as some of us continued onwards to places like Scotland: 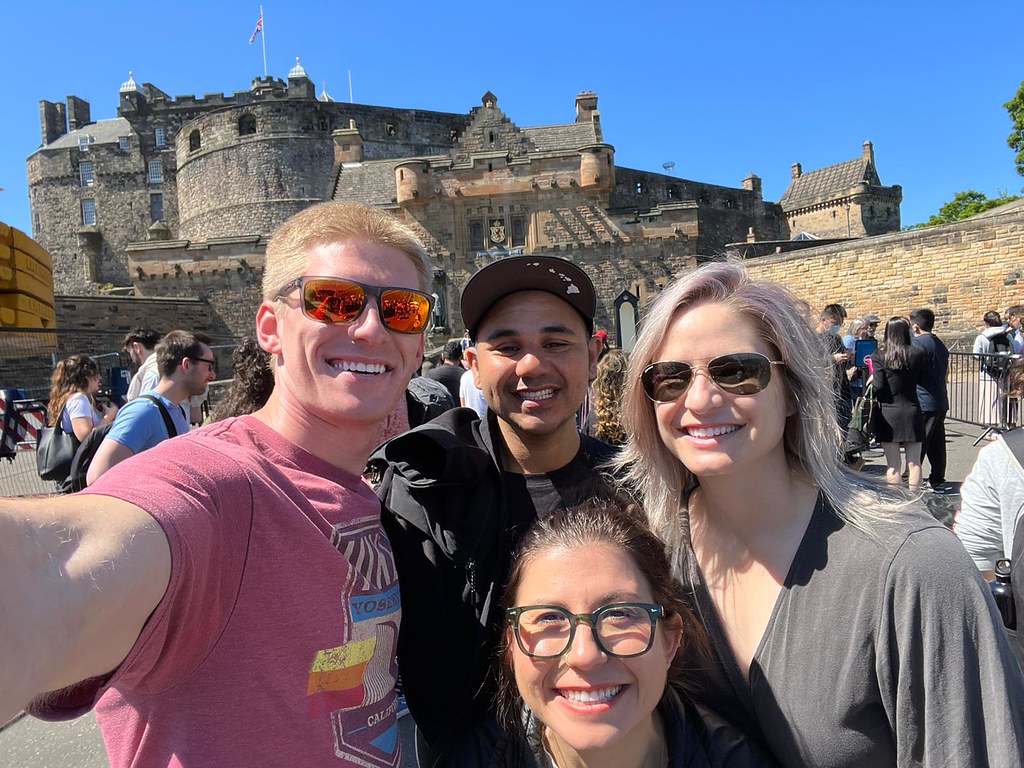 While others wanted to see Budapest again through my eyes: 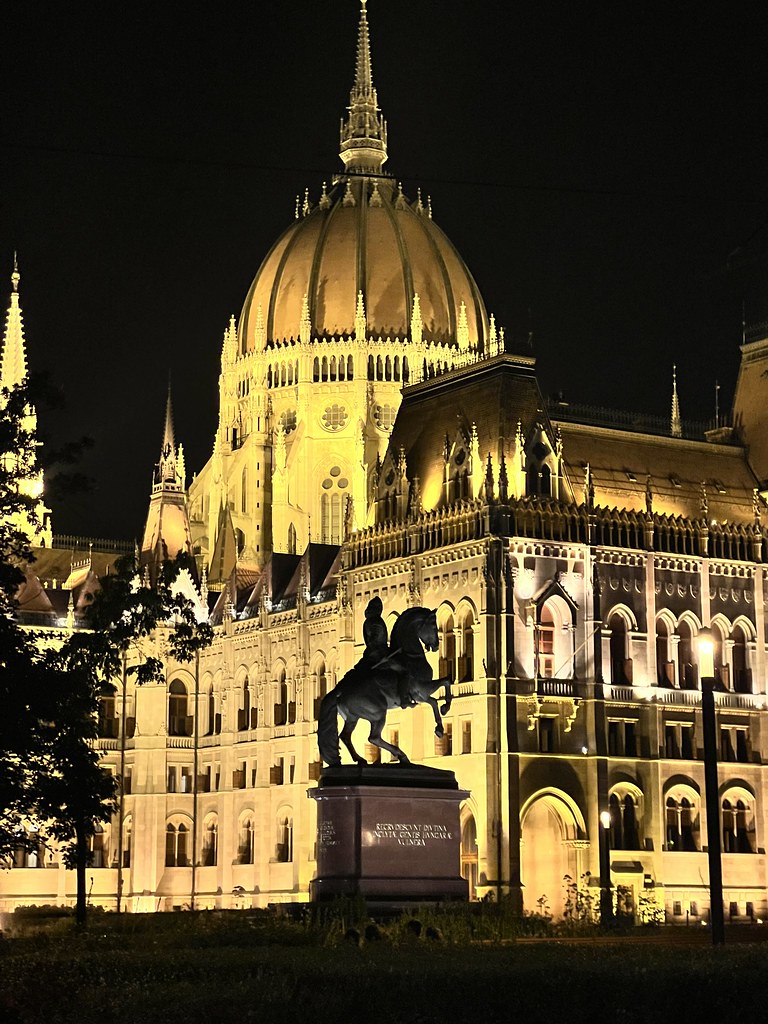 And due to all the missed and delayed flights at the end of the trip, I quipped as a joke “who knows, maybe I’ll see you in NYC at JFK, lol” to Priscilla, who had intended to return to Seattle as her final destination via Amsterdam, right before we parted.

Then about an hour later as I stepped outside of my lounge to board my return flights back home via Warsaw on LOT Airlines, Priscilla happened to be coyly standing right outside my gate — long after we had already said our goodbyes — to confirm to me that KLM had rebooked her to an extra night in Budapest due to significant delays in Amsterdam, only to be told she would be rebooked again back to Amsterdam (due to not having a COVID-19 test in time for clearance back into the USA tomorrow), and then to be rebooked again (due to being reminded of the former and that there were no available hotels in Amsterdam) to JFK in NYC before finally returning to Seattle. WHAT DOES IT MEAN?

…and didn’t I just write this only 3 months ago? (feels like yesterday)

“In the spirit of Paulo Coelho’s The Alchemist or Neville Goddard, I never have doubted my omens, especially if it’s to return to my origin story in Egypt. And while I knew returning was always going to be special, I had mistakenly thought the confirming omens would at least bring a touch of grace and subtlety.

But I must accept that in this life, and even how he had written it, sometimes subtlety will not be the universe’s style; the omens on and since our last days together in Egypt have hit me over the head like a tender sledgehammer as if to berate me: “how many more signs do y’all need to know you’re doing exactly what you need to be doing, and are exactly on the path you need to be?!”

OK OK I get it. You’re always right, and I’m always trying to stay present and pay attention. Grateful to even be a mere conduit of divine inspiration to live this adventure. So this is what they call “maktoub,” and whatever omen it wants to write now is actually what we’re living, right now.”