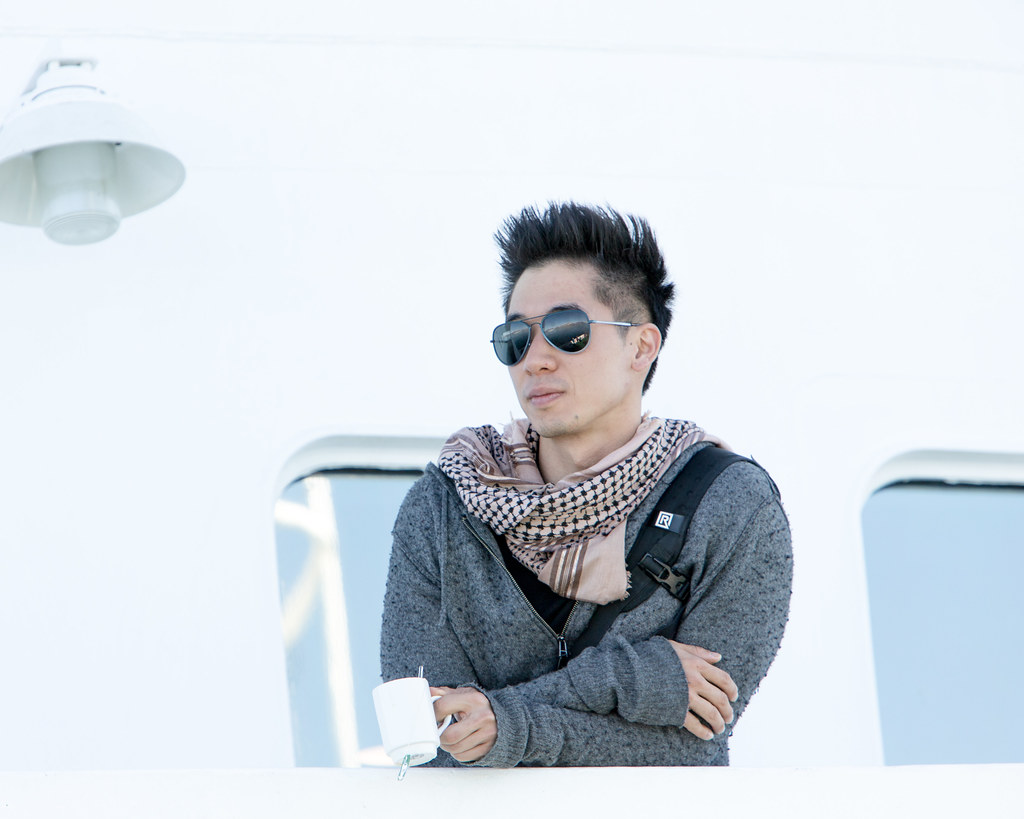 After some drama suturing up my knee last night, I slept in and skipped breakfast as our ship sailed into Kongsfjorden, an expansive fjord spilling with glaciers. 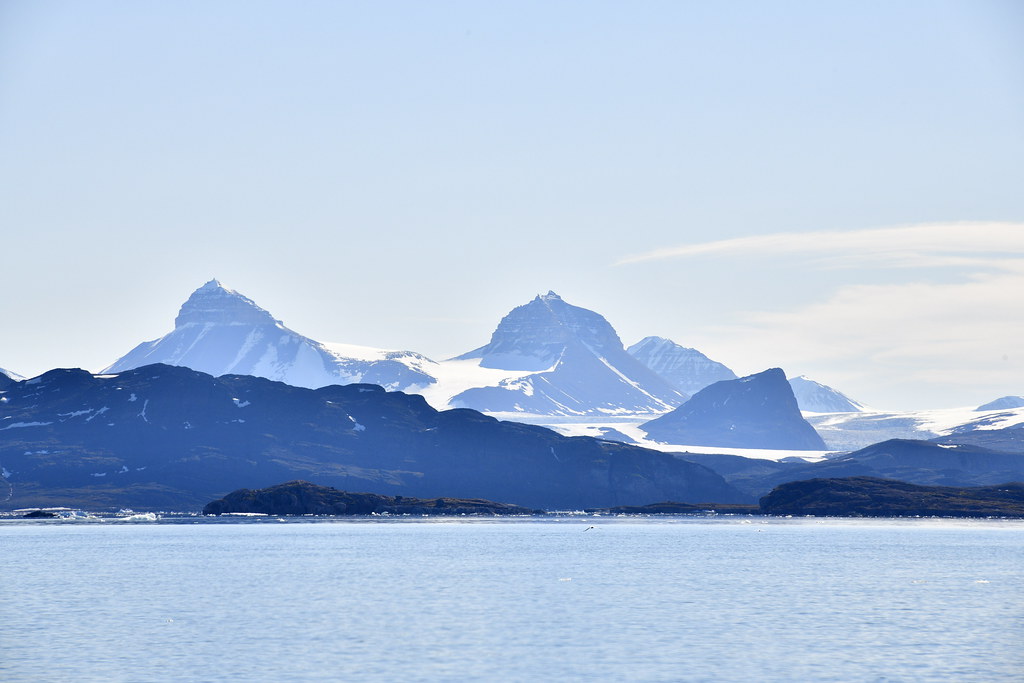 By mid morning we then moored off Ny Ålesund, one of the northernmost settlements in the world and a current research station. 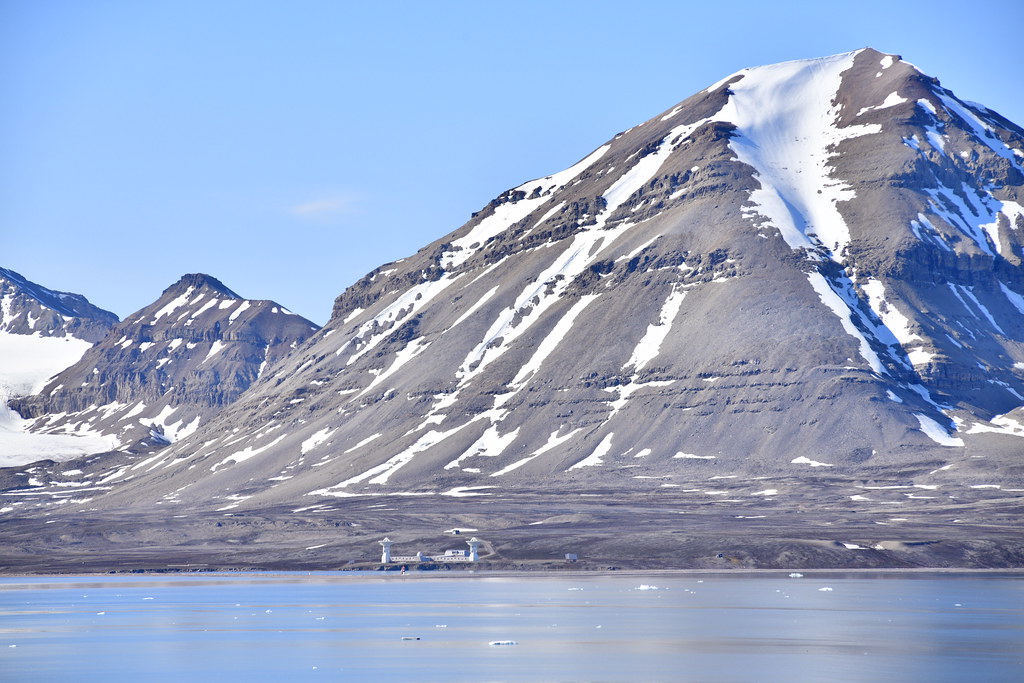 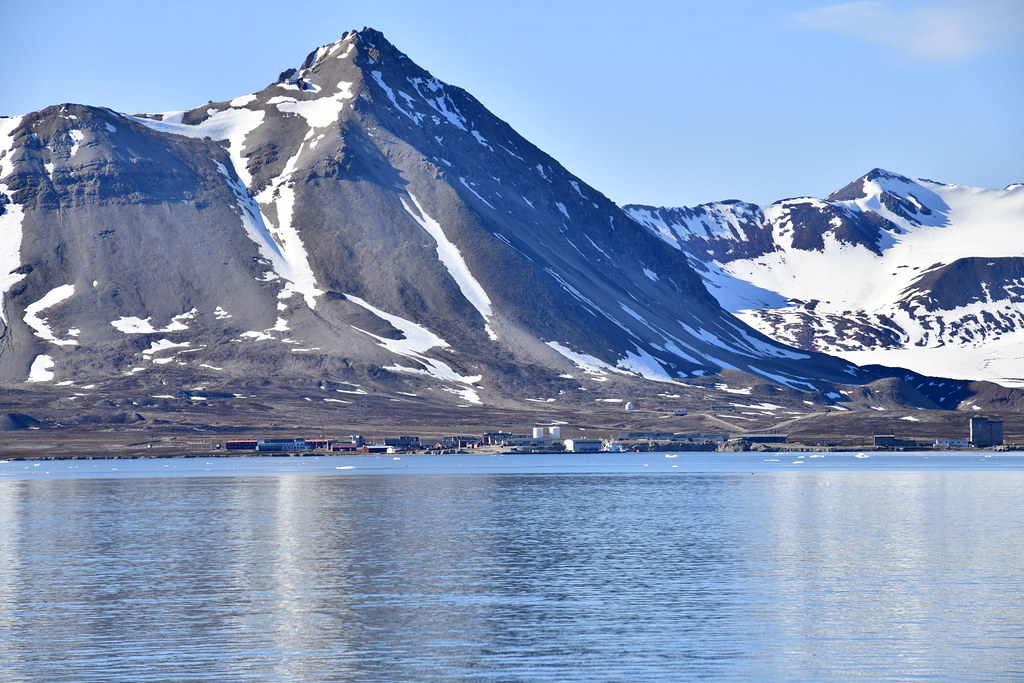 Taking zodiacs to Blomstrandhalvøya, opposite of Ny Ålesund, we then opted for a semi leisurely work around the ruins there. 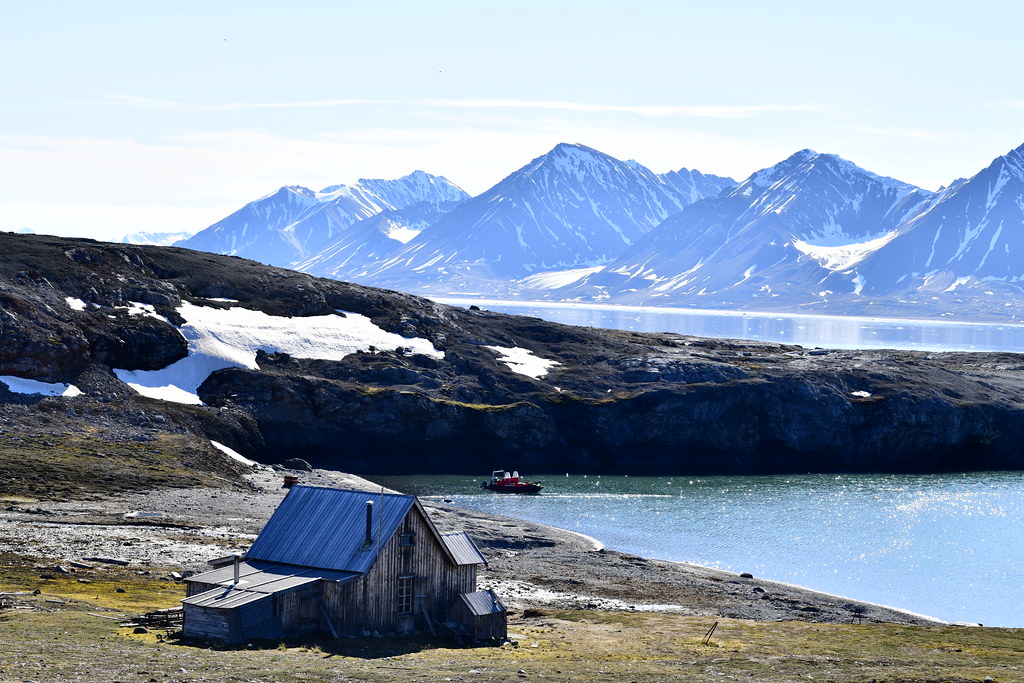 Once a marble quarry mining camp called “London” from the early 20th century, “Ny London” is now a ghost town of mining equipment and old cabins after a failed operation begun by Mansfield in 1905 and then abandoned by 1910. 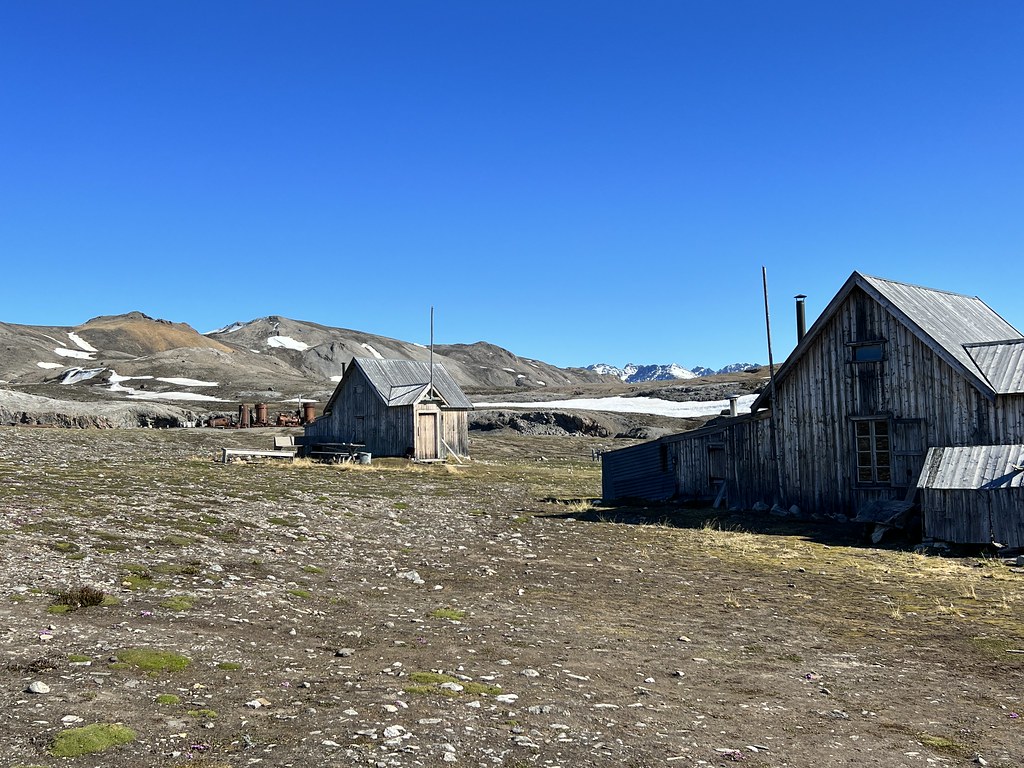 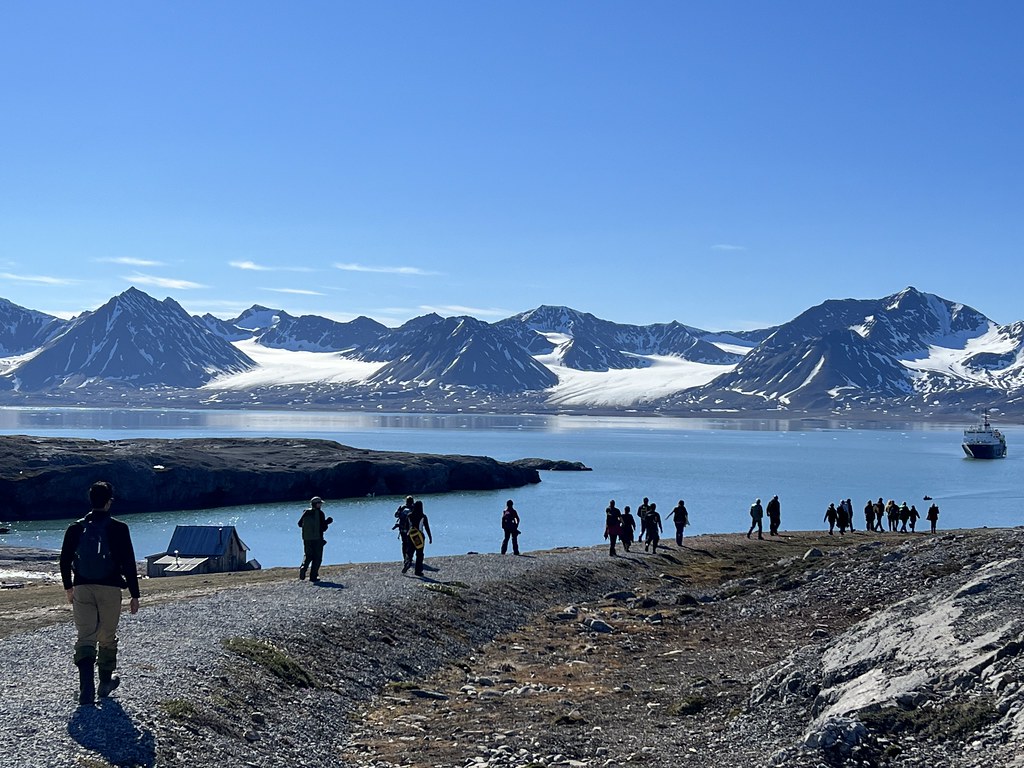 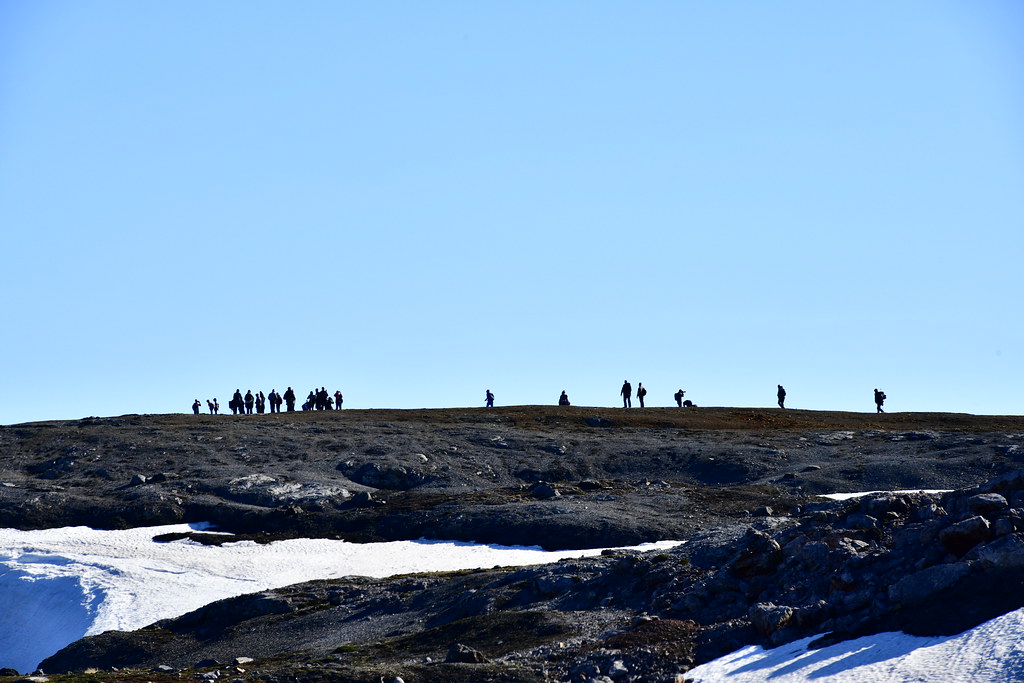 Everywhere you look you’ll find clues to an entrepreneurial past where results never lived up to expectations. 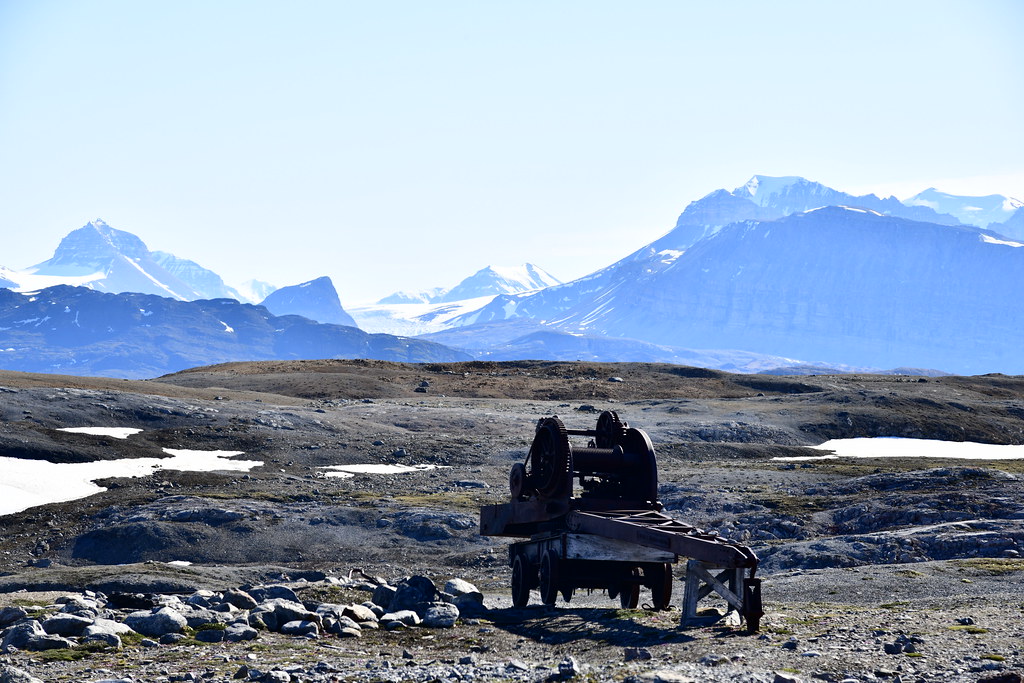 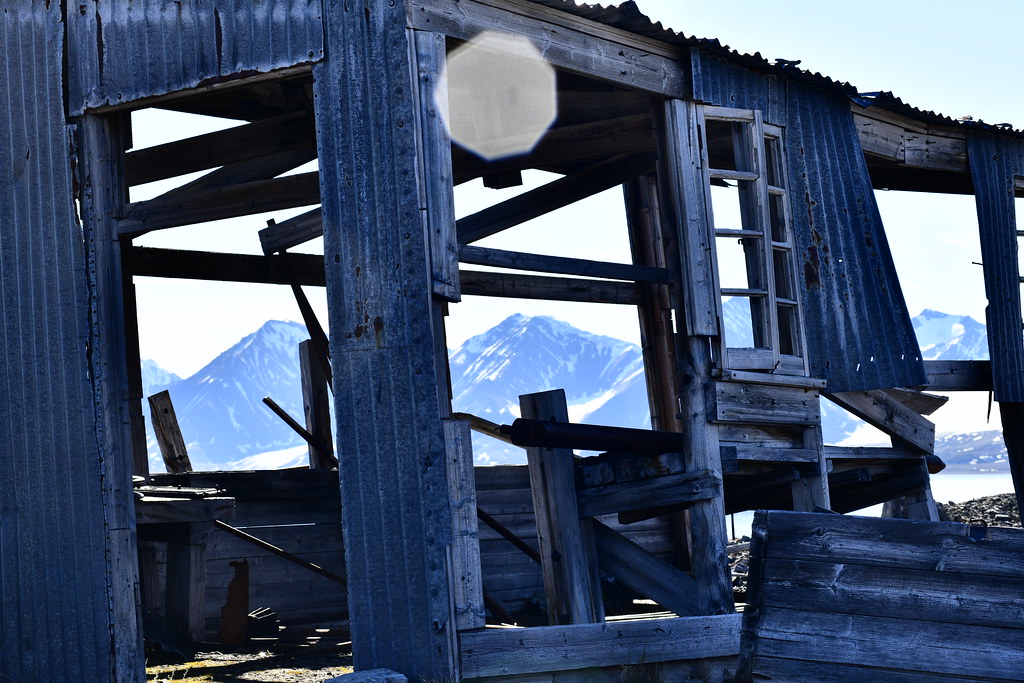 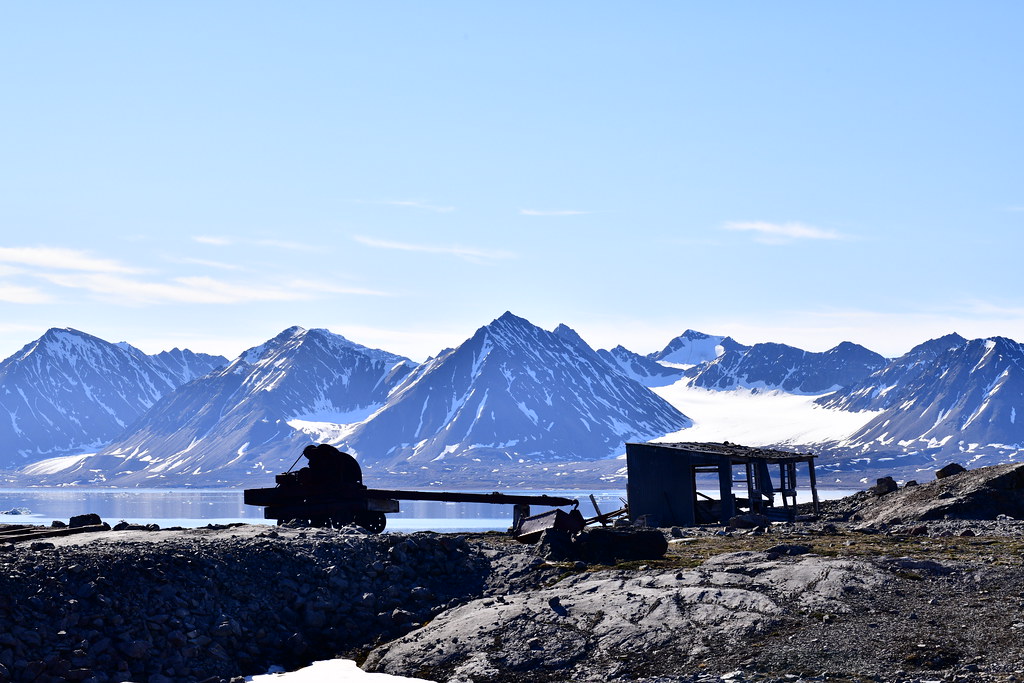 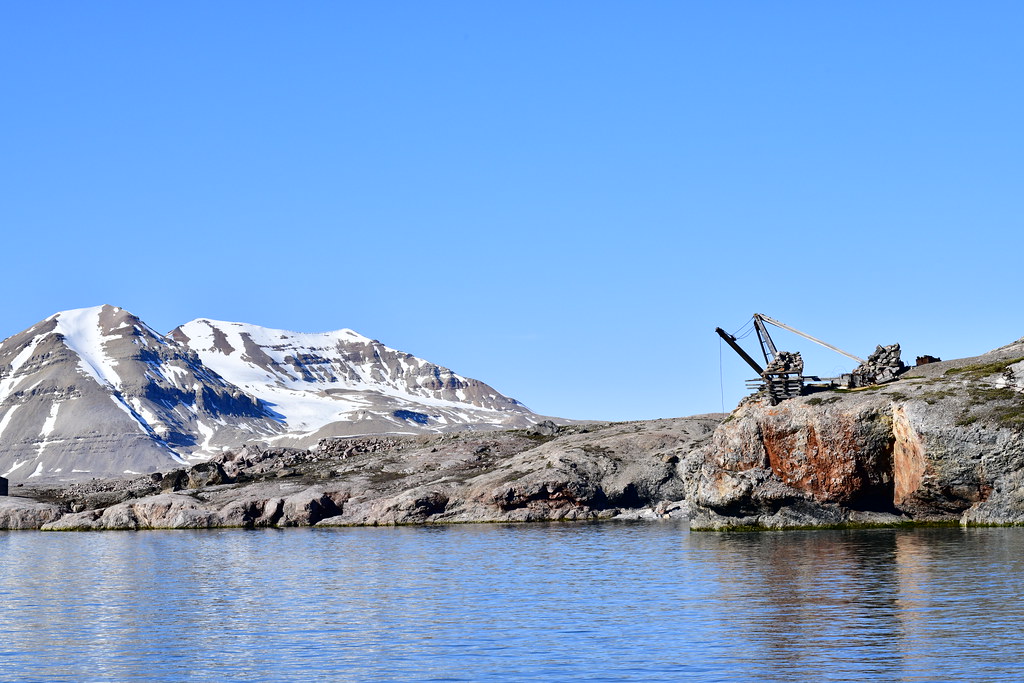 And better yet, the story here is also surrounded by natural beauty… 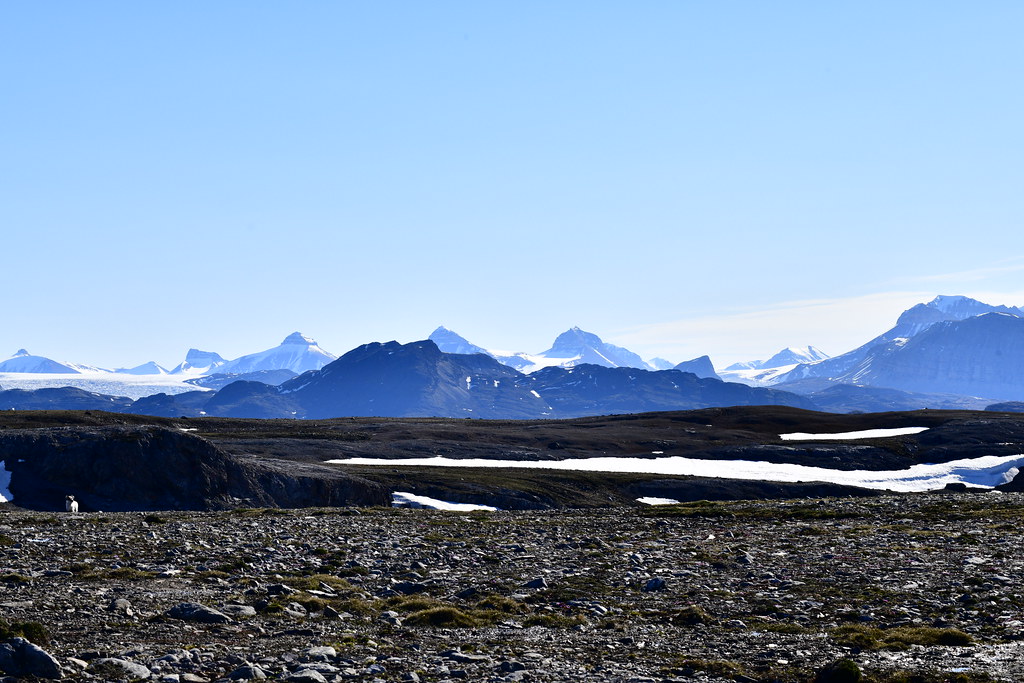 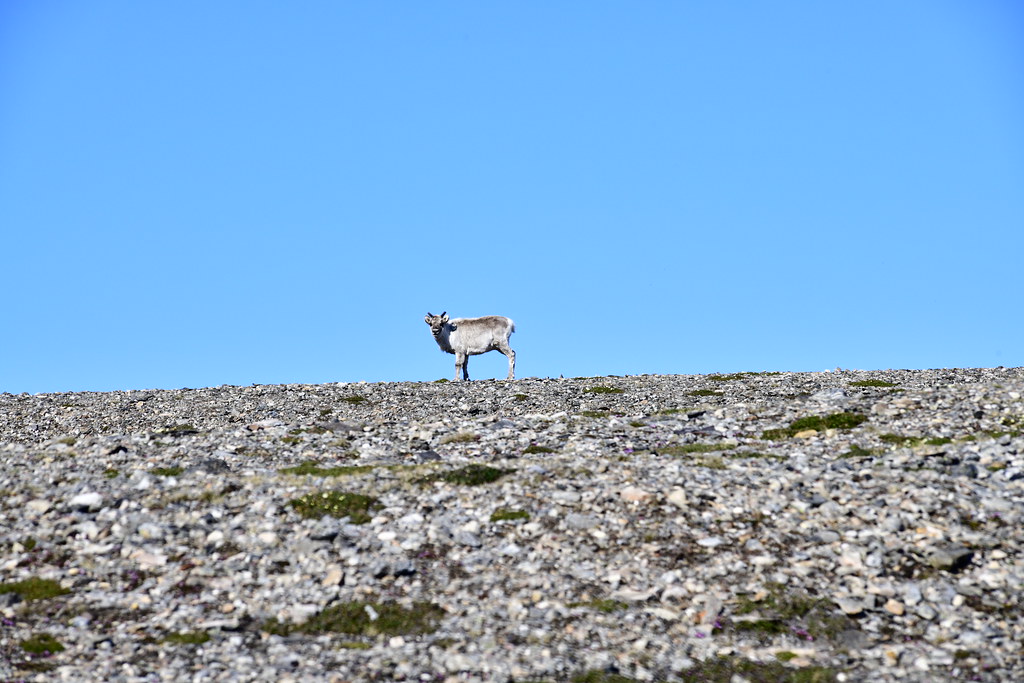 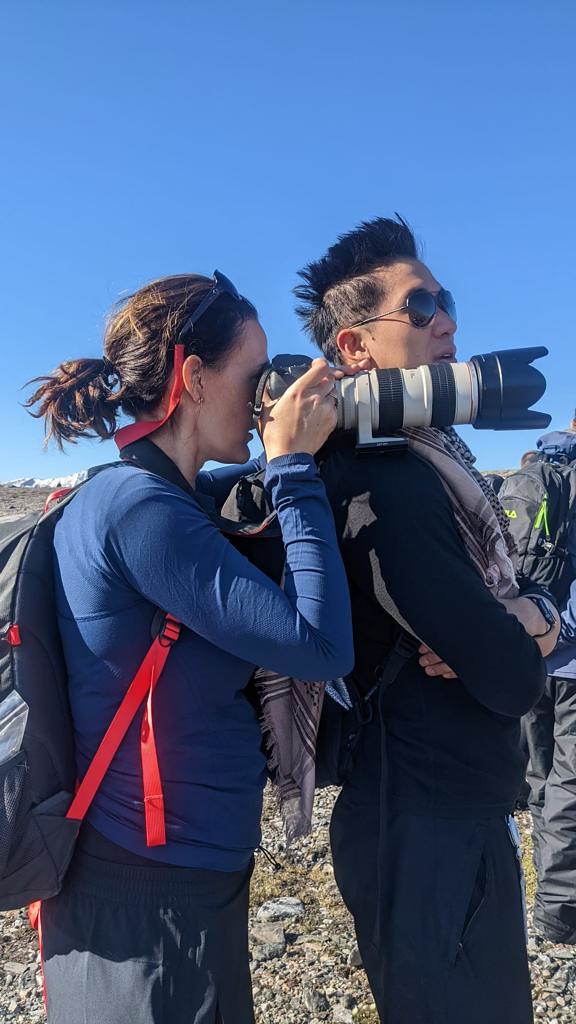 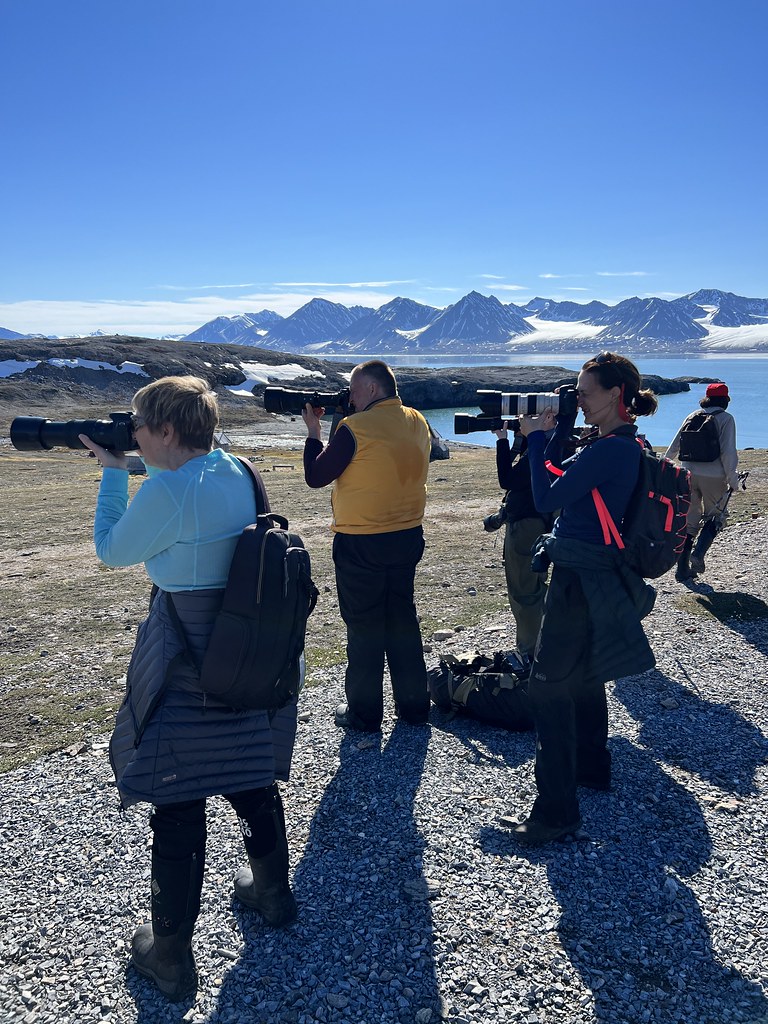 We returned by noon for lunch, where around this time we spotted 3 blue wales to our port side. We stayed with them for hours until dinner. 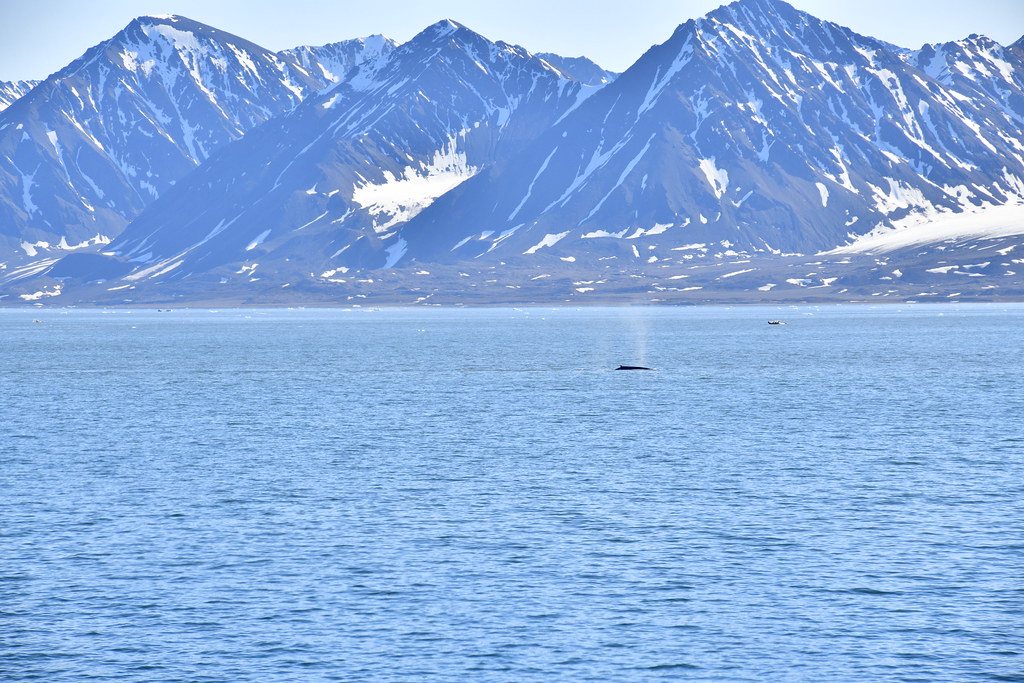 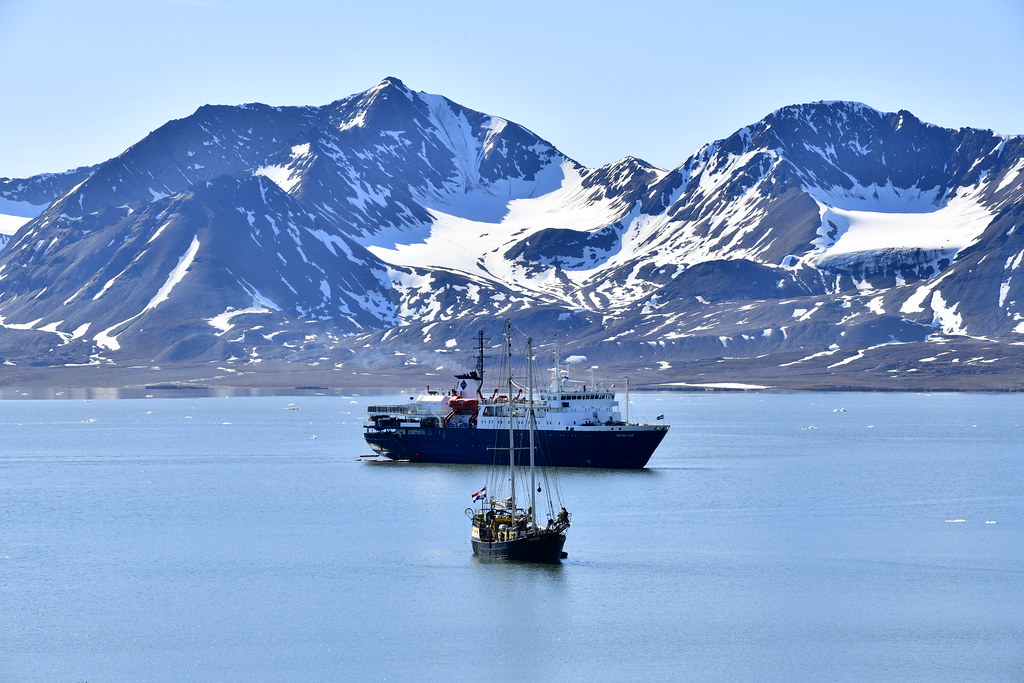 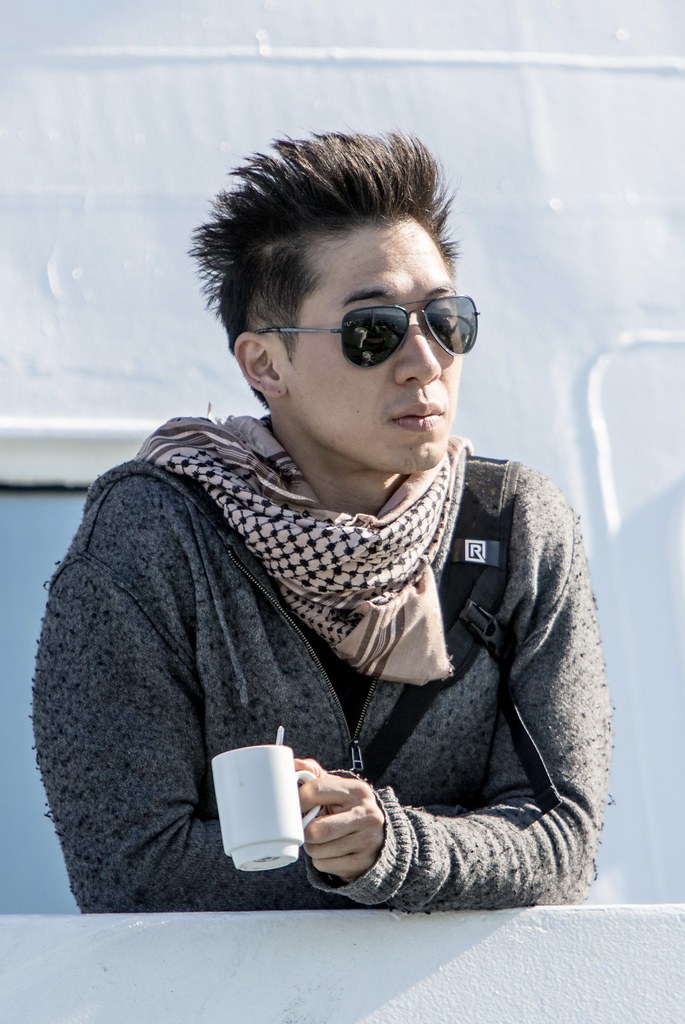 In the afternoon we landed at Engelskbukta, for what we’ve all been waiting for: the polar plunge tradition. I turned up the music and our crew showed up. Let’s light this candle. 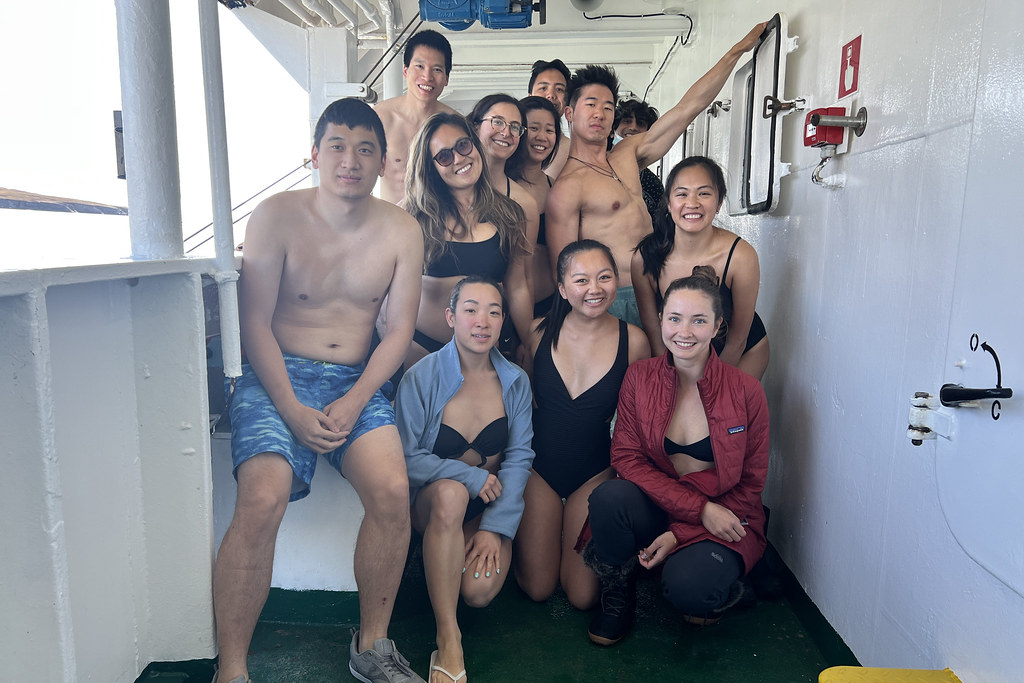 Unlike making us go streaking from a beach 8 years ago, this time crew on the m/v Ortelius had us jump one by one from the gangway. 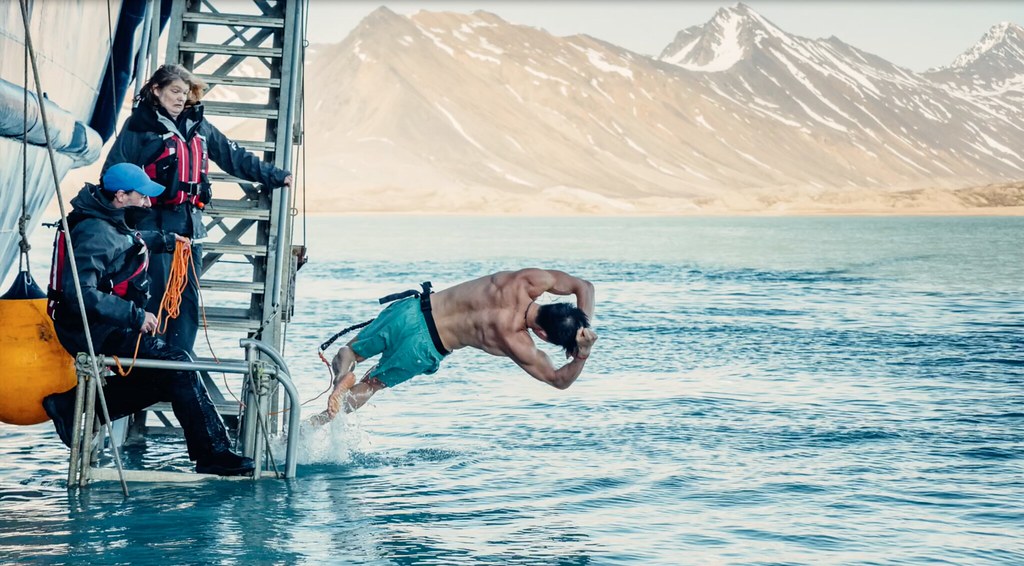 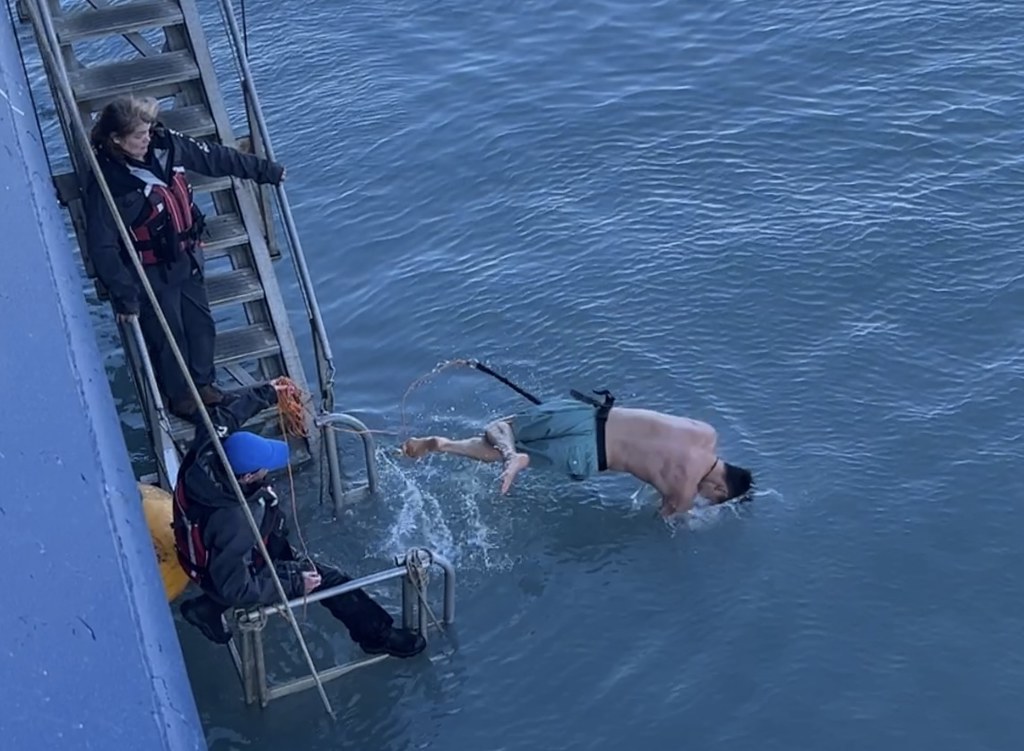 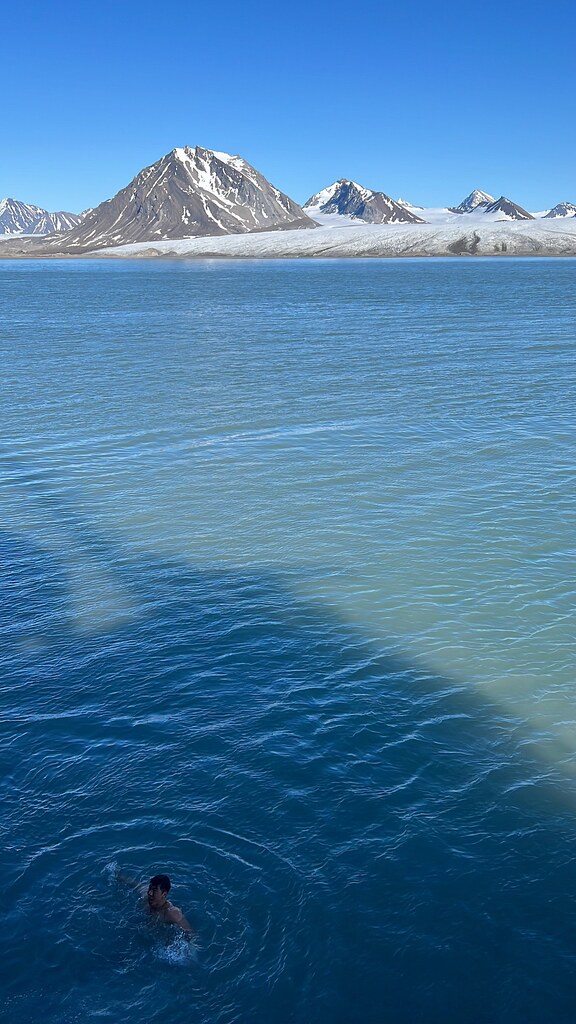 After cheering one another on and trying our best not to get hypothermia, we warmed up with a quick shower and dinner before staying up until 2am playing music, chatting, and finally opening up to meeting the other groups on the ship. Polar plunges may have that effect on your social skills.