After a day on pack ice northwest of Svalbard and recovering from karaoke the night before, today we sailed into Woodfjorden, Andrée Land.

The name Woodfjorden is referring to the large amounts of driftwood that cover some beaches. We then landed at Jakobsenbukta for our morning hike 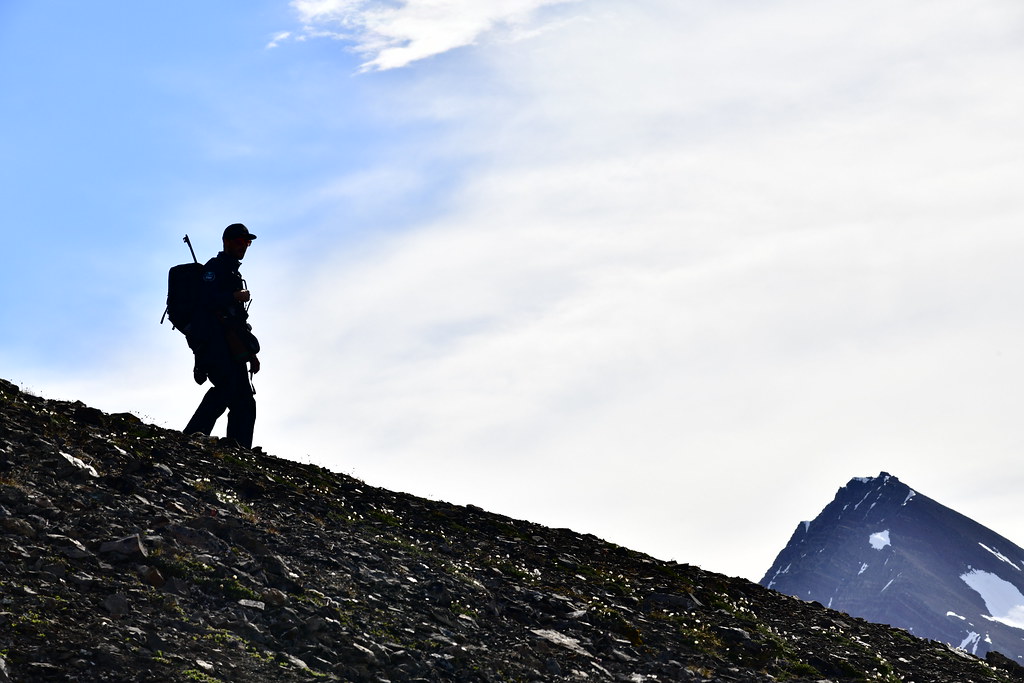 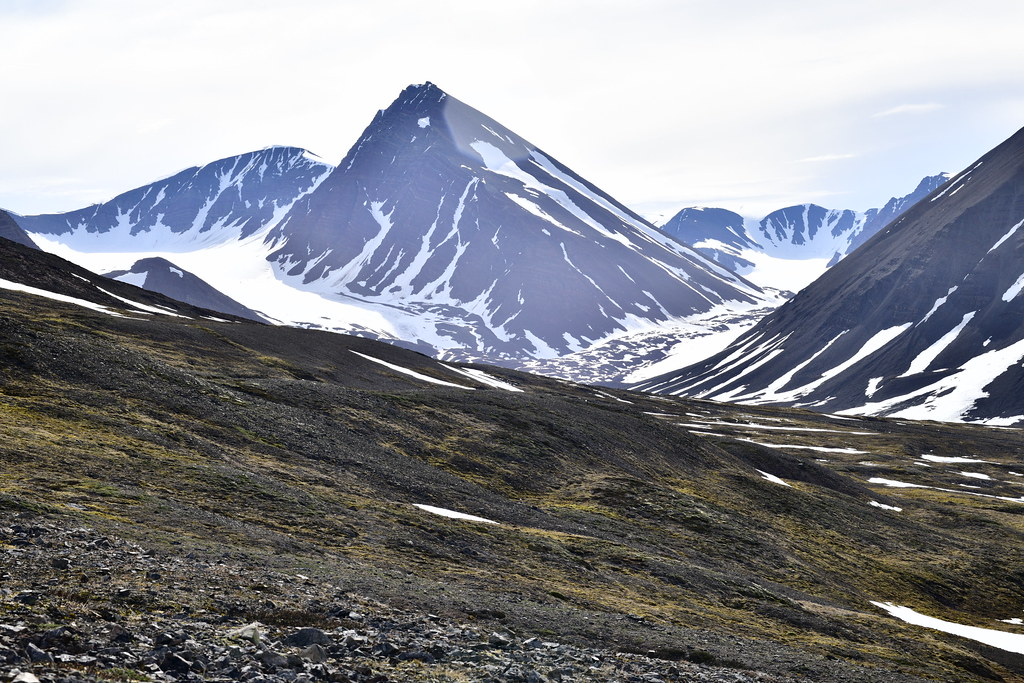 As everything lately has started to blend and looking the same, we were pleased to see a little difference this time; the waters here are a uniquely deep brown with clay native to the area. 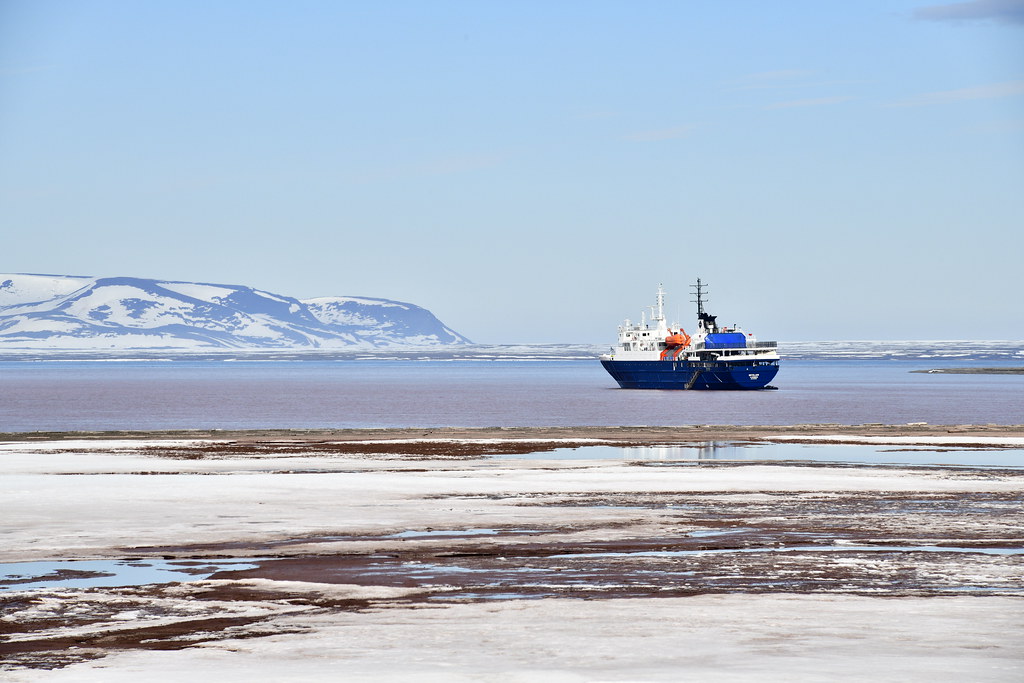 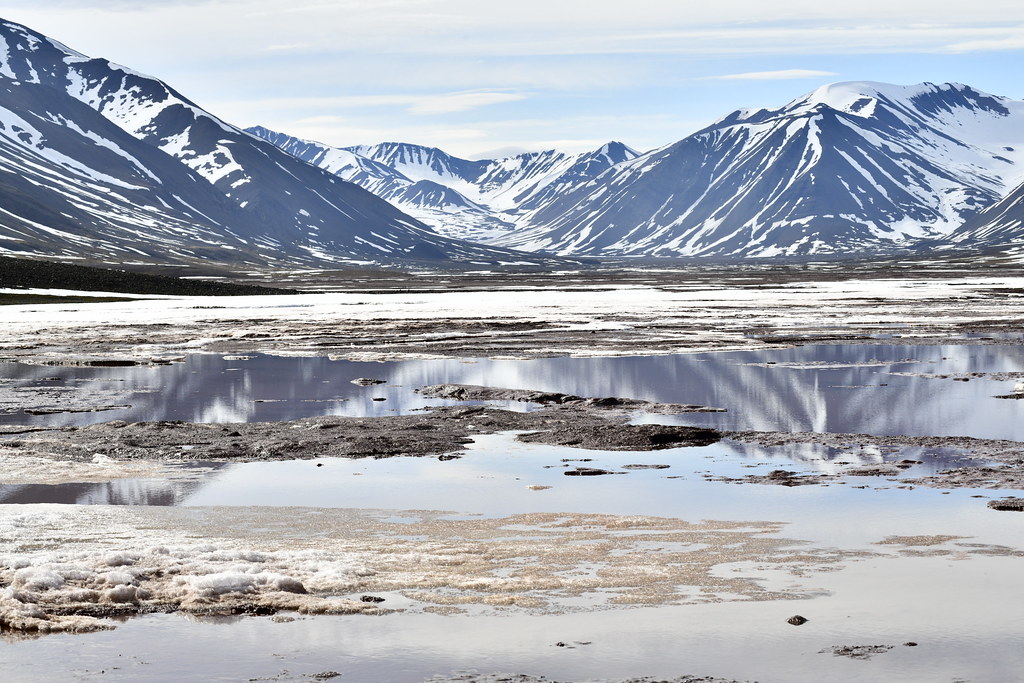 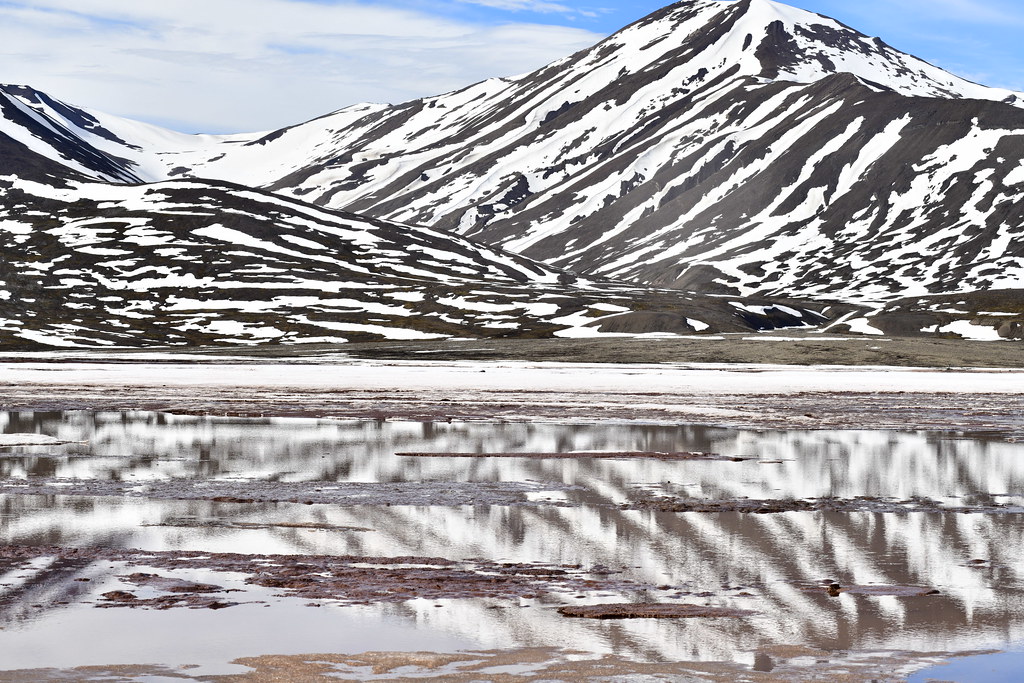 When we reached the top and took 5 minutes of silence to take it all in, I noticed I was standing above a vertebrae bone. What does it mean?! 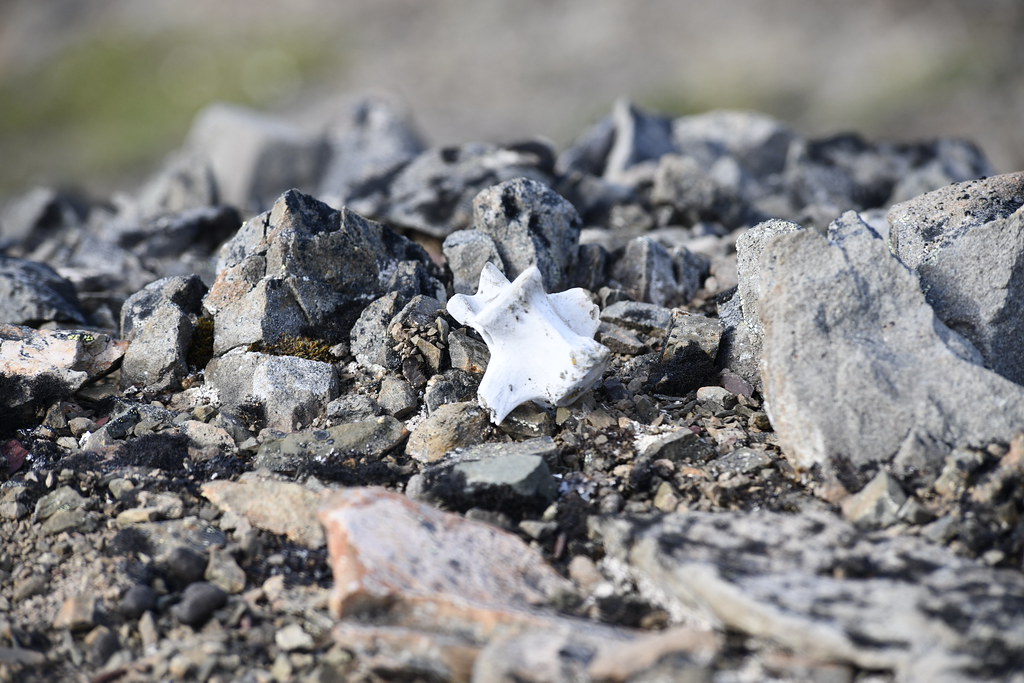 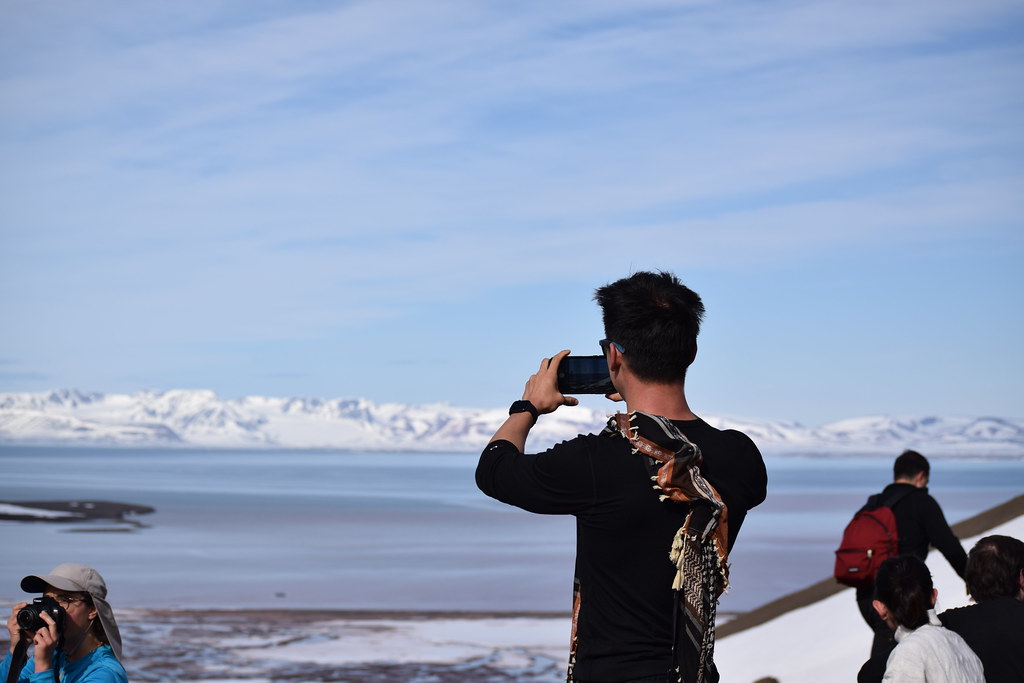 We then hiked back to the ship for lunch. 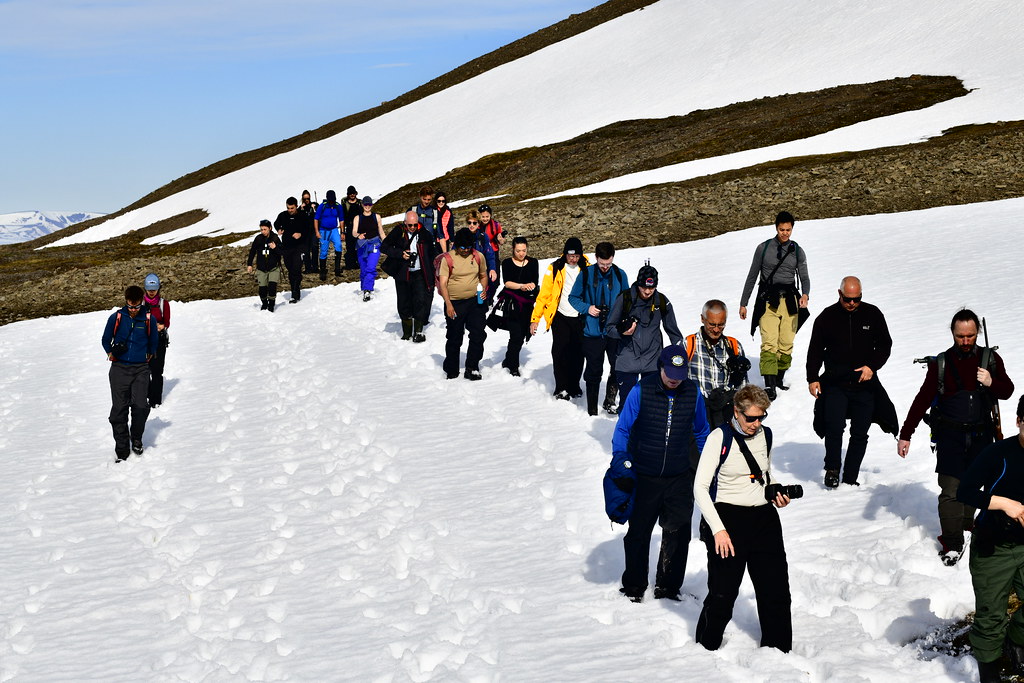 In the afternoon, we all took a zodiac-only tour around Liefdefjorden, Haako VII land. 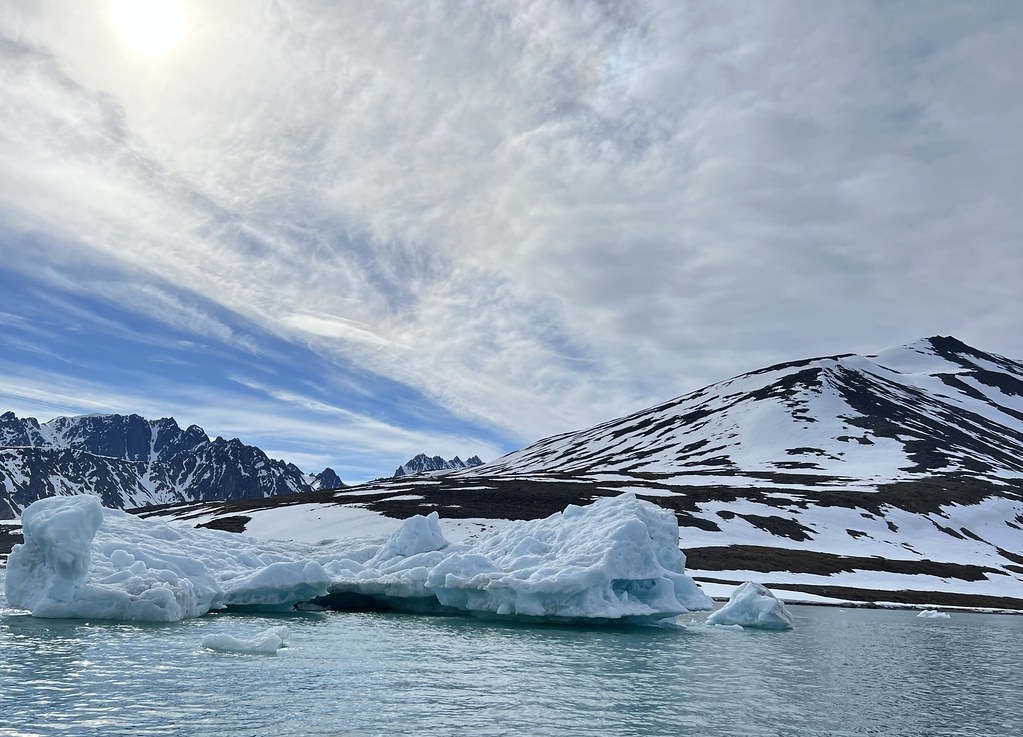 Past ooing and aahing at the glacier shapes reminiscent of those around Greenland, our main goal was to get as close as possible to see the wildlife around the face of Monaco Glacier. 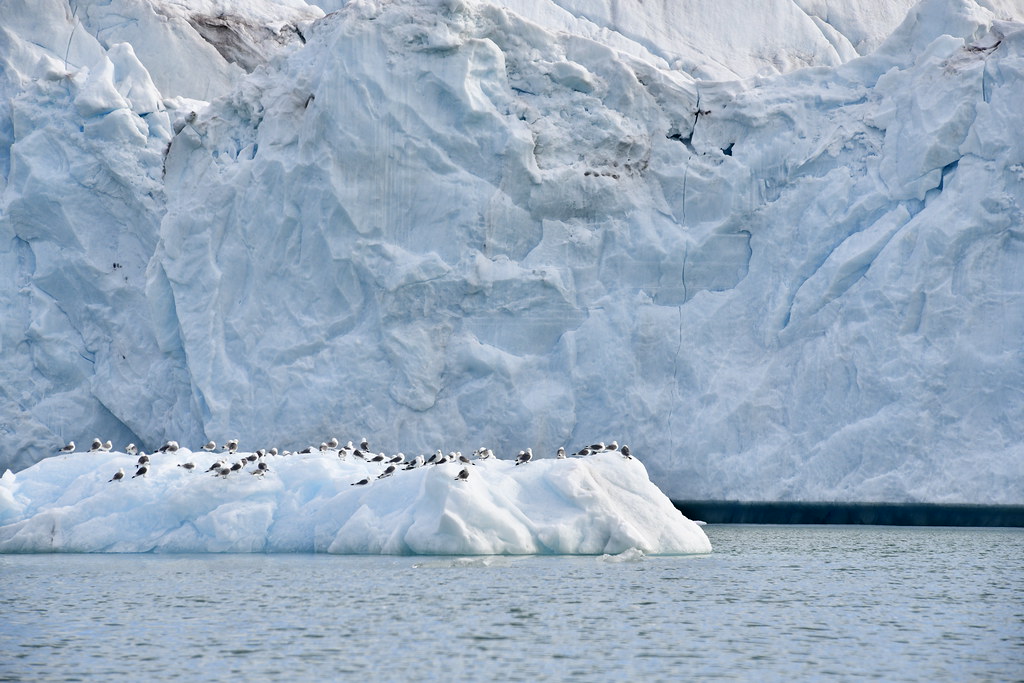 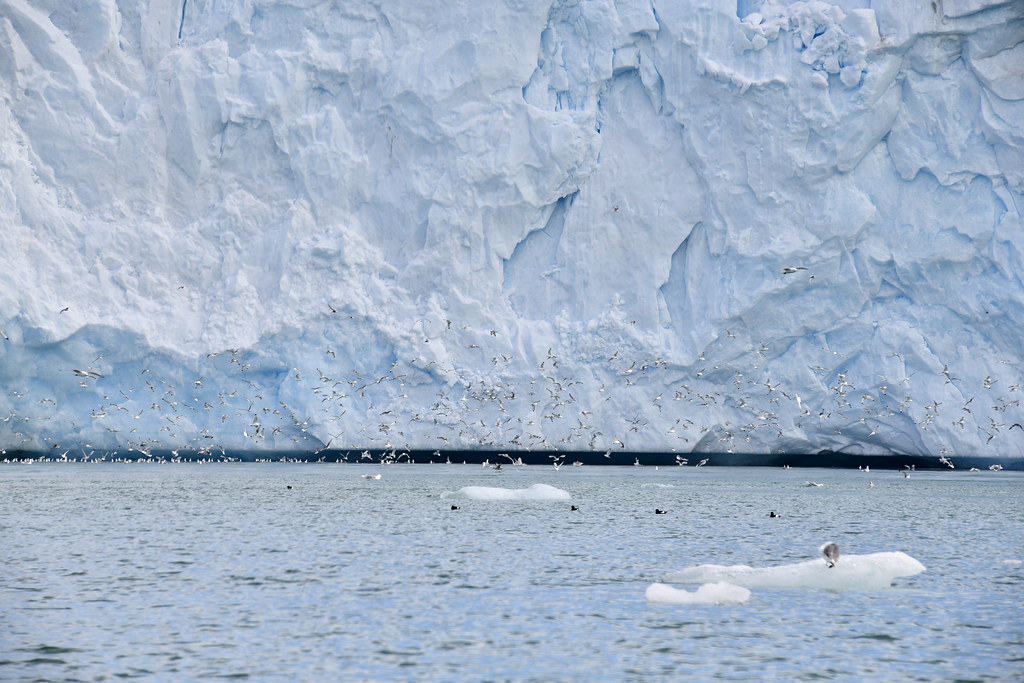 But unfortunately, after about 45 minutes of silently holding it in, I felt the urge to blurt out about my intense need to pee. Yes, even in this splendid natural beauty all I could think about was about kidney damage. 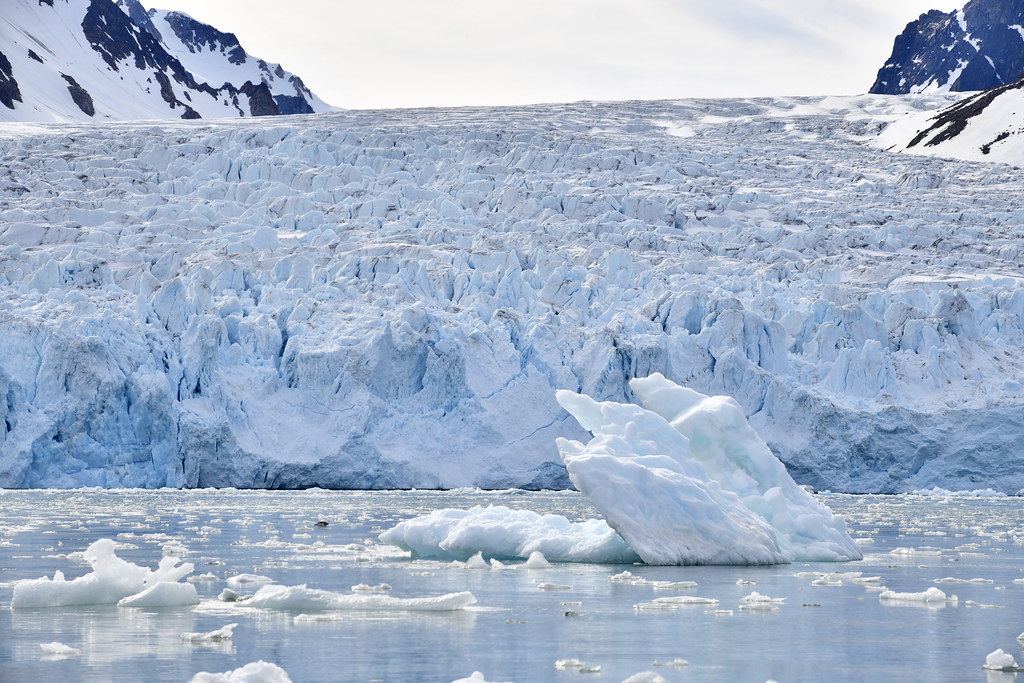 Every minute of beauty was followed by a minute of pain. 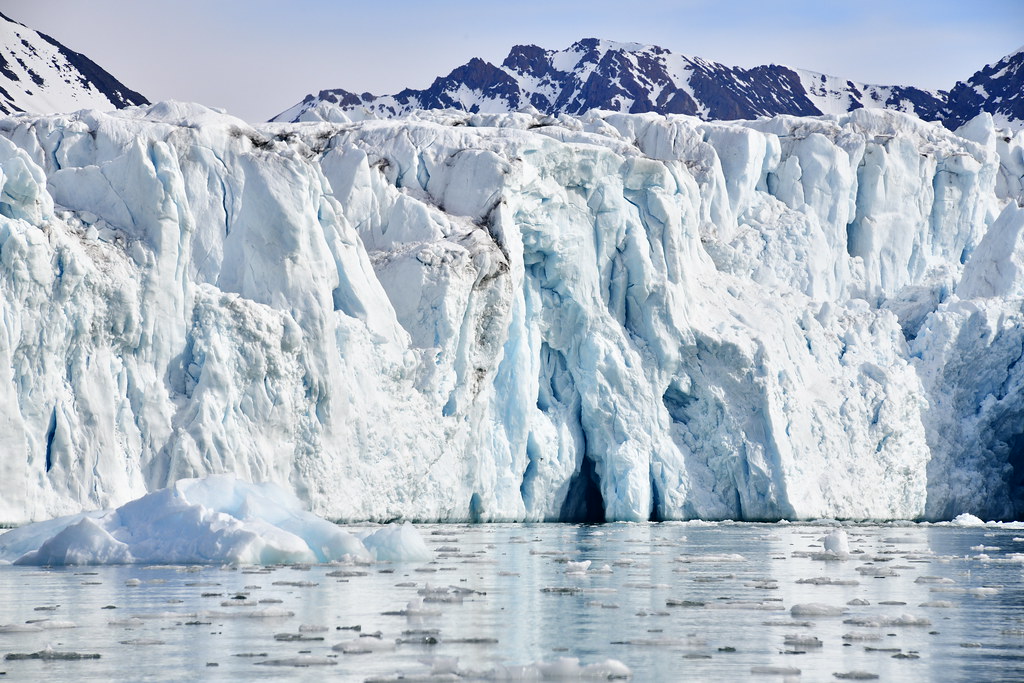 It ended up being so bad I asked to pee out the back of the zodiac up to 4 times while everyone else looked away and still felt bad calling it early when Alice also raised her hand in support for her overfilled bladder.

We sped to the m/v Hondius 10 minutes early, and Alice and I sprinted down the hallway screaming. I nearly peed all over the floor when I got to the room. So bad. 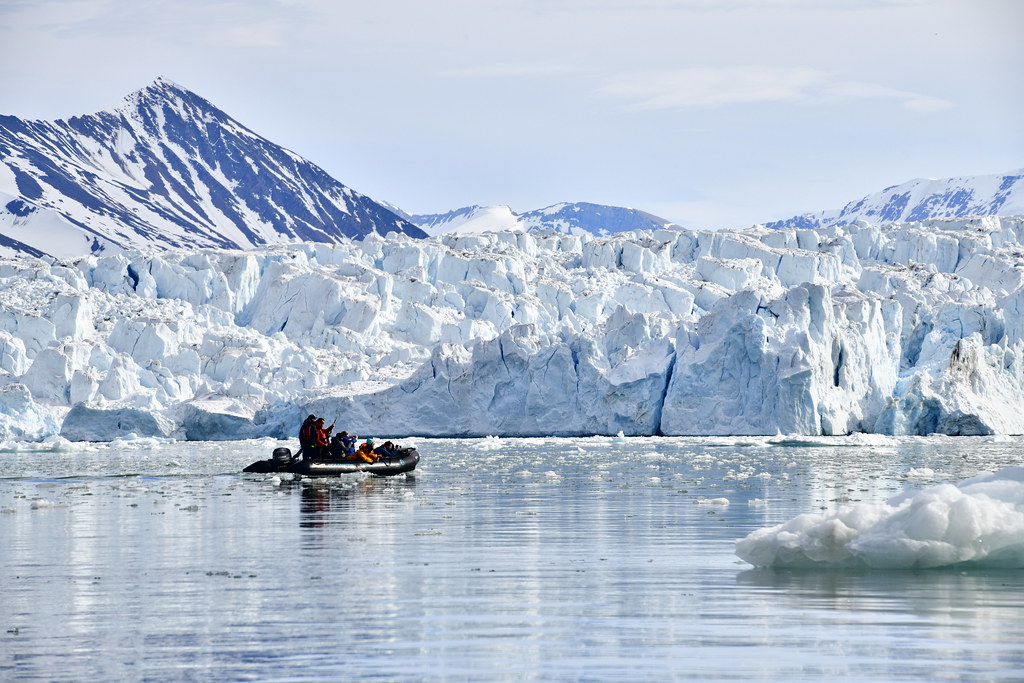 That was painful. After an hour lying down and resting my urinary system, we joined the rest of the ship for outdoor BBQ on the deck afterwards. 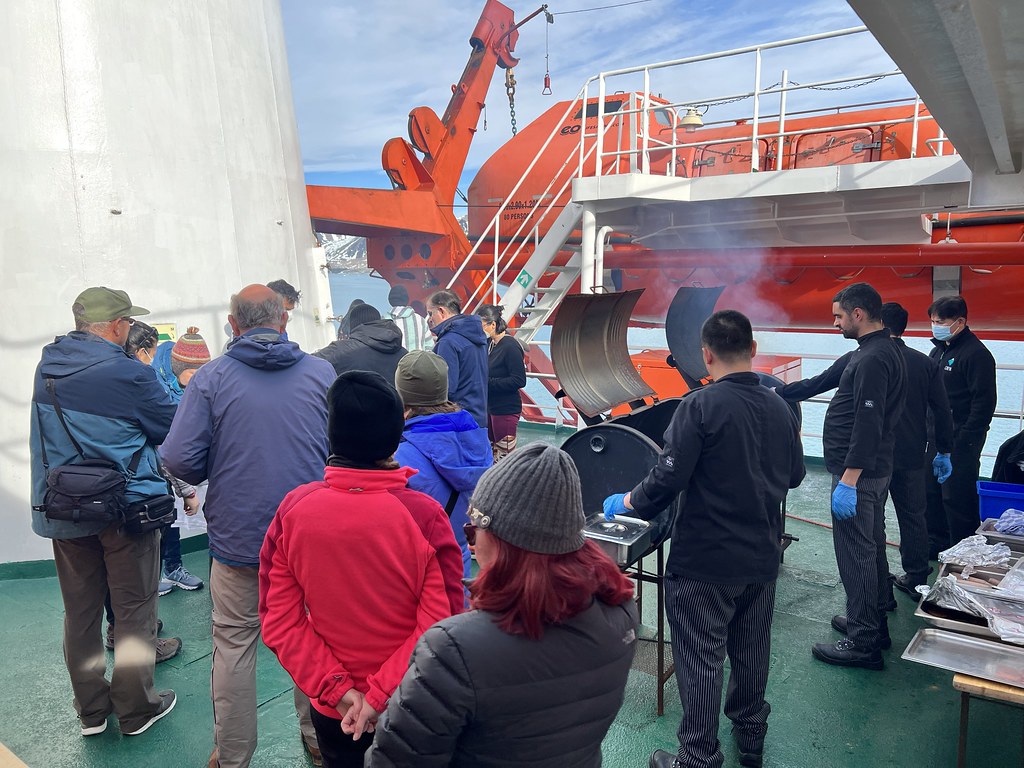 As tradition, BBQ turned into a scenic outdoor dance party as we sailed north to 80º Latitude towards the North Pole. I took over DJing and that was kind of a mistake because that also meant staying out for 3 hours in near freezing temperatures, while watching people freely shuffling back and forth inside. But you know me, I wouldn’t have it any other way. 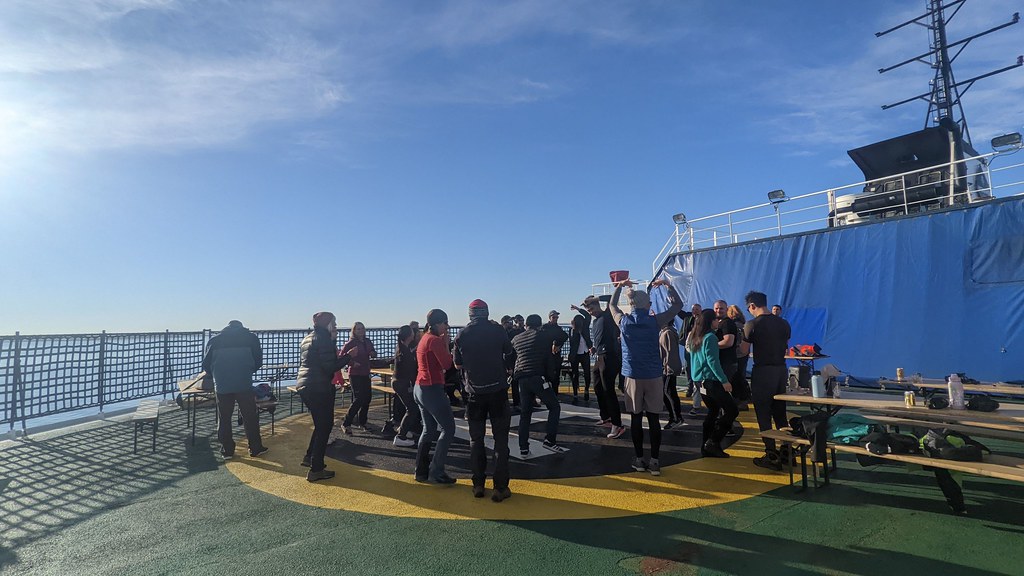 I tried to generate more body heat by breakdancing. 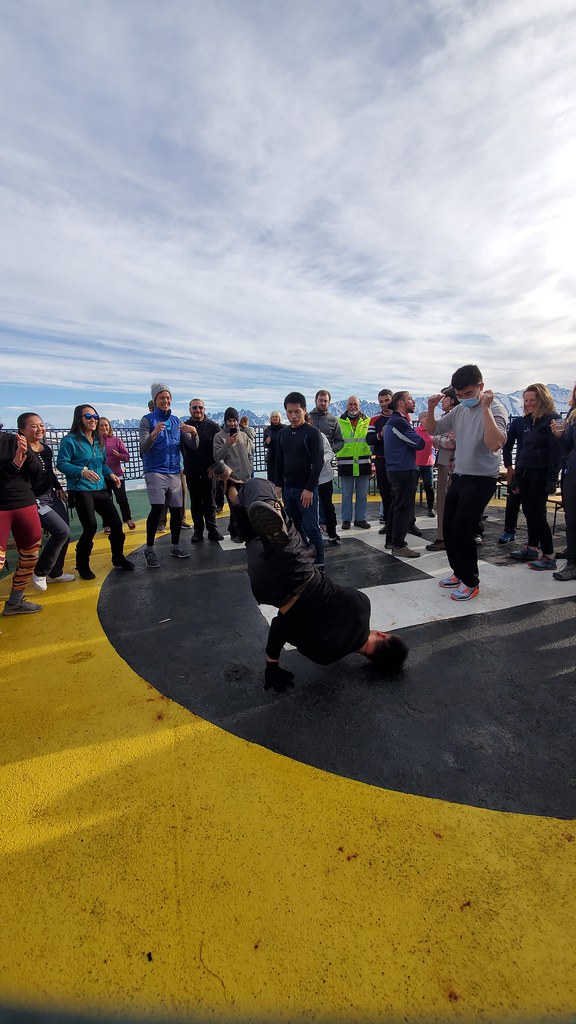 It was around this time I realized that either from the breakdancing with Sampson on the helipad after BBQ, or on this morning’s hike, what felt like a minor bump on my knee was actually a laceration when I washed it down later in my room. Ruh-roh. I called the ship doctor for sutures and realizing I was on a higher level of training than he was in this field of medicine, decided to do it myself. 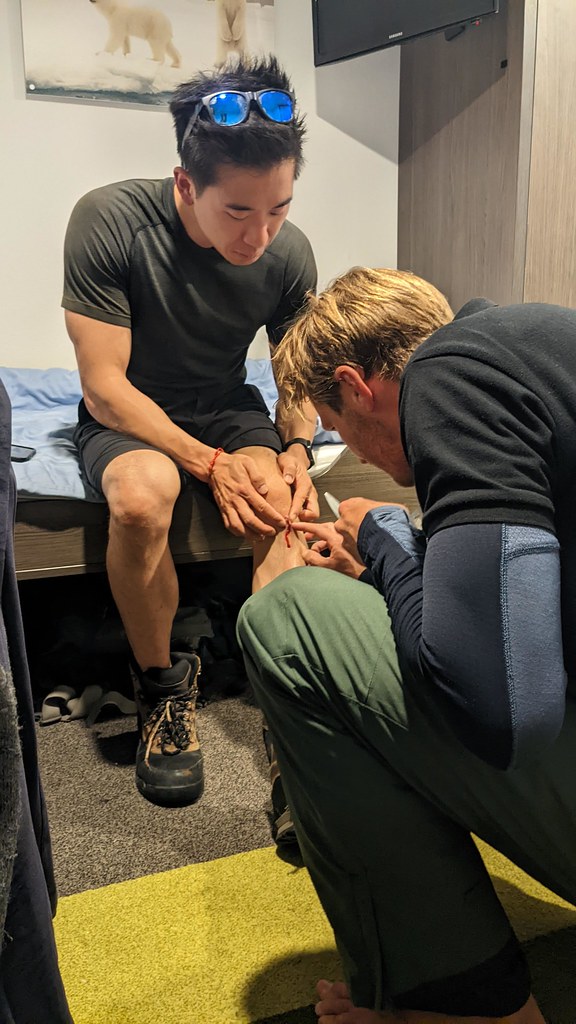 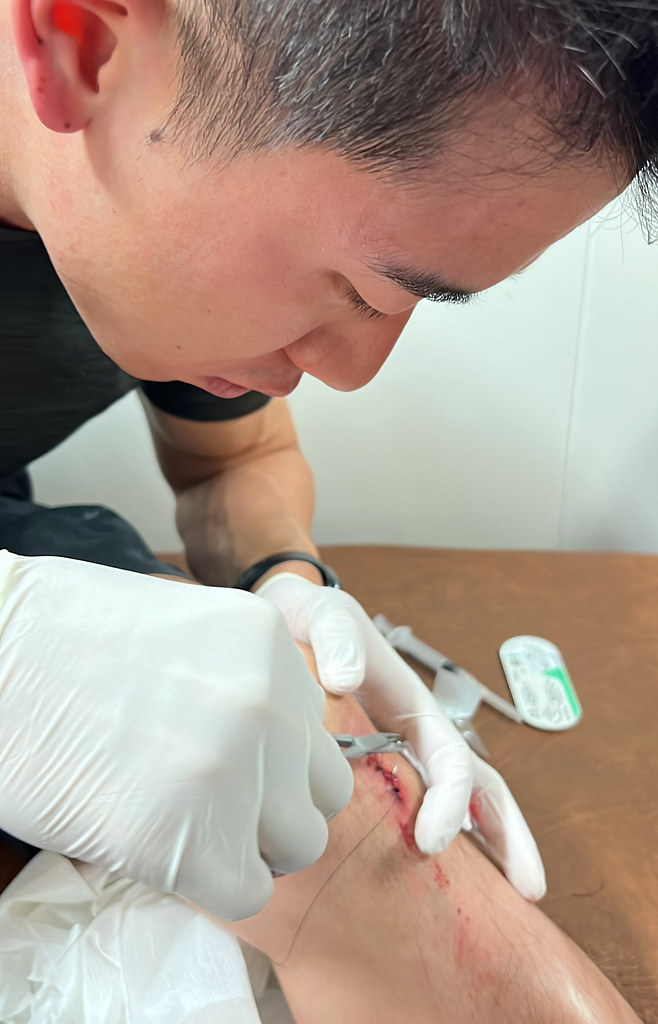 What a better story than to say I did my own sutures at the North Pole? 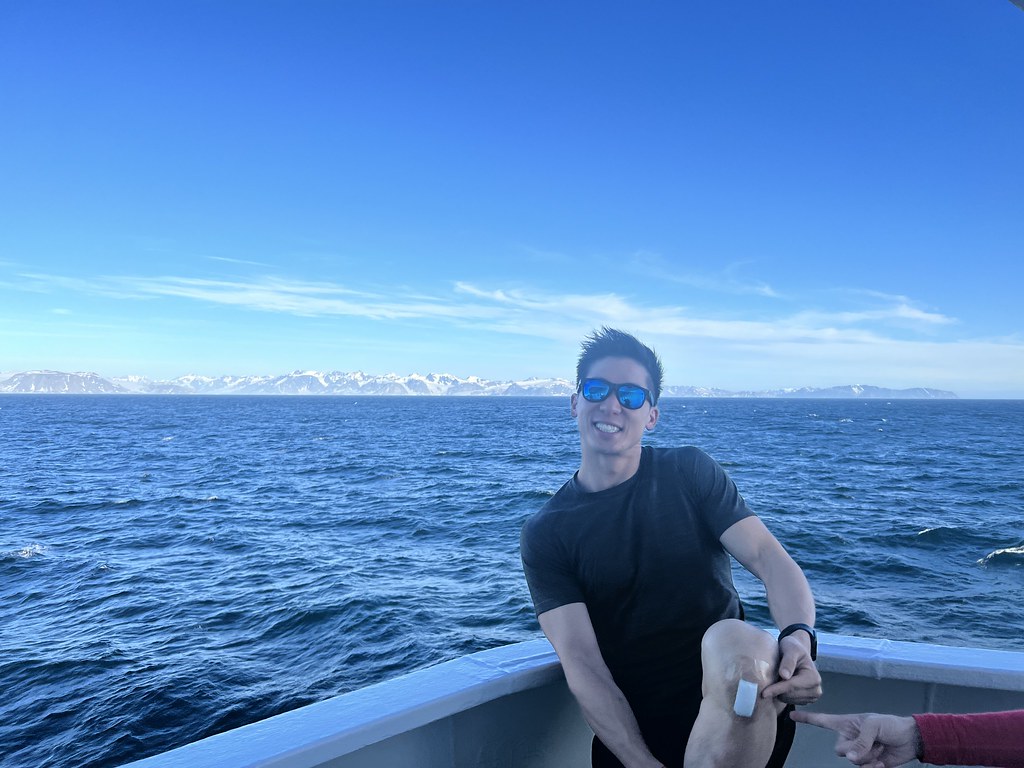