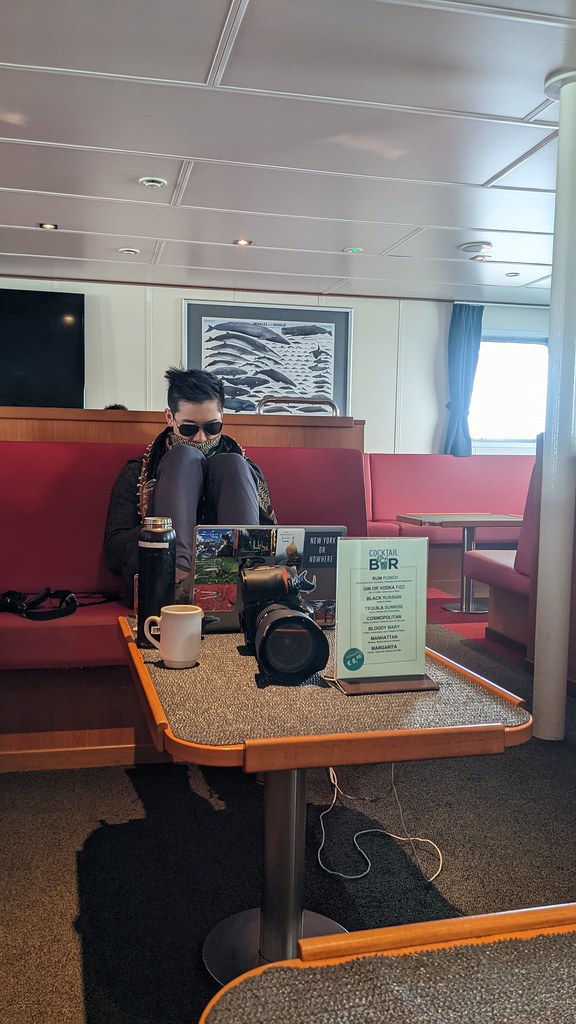 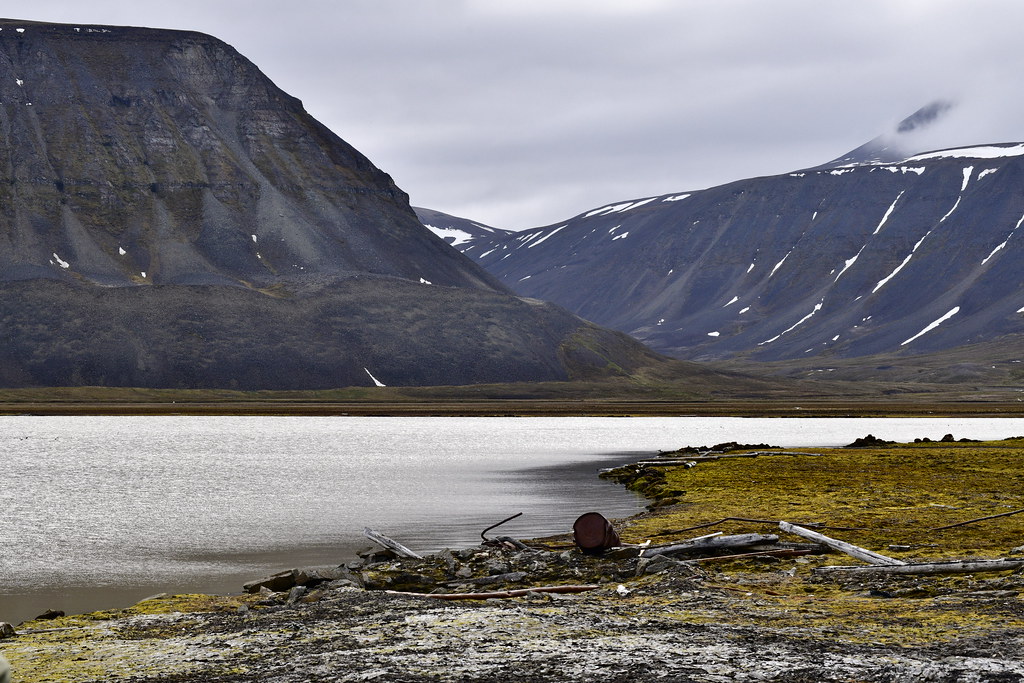 Our last stop before our voyage comes to an end is at Colesbukta, a former Russian coal mining settlement long since abandoned. 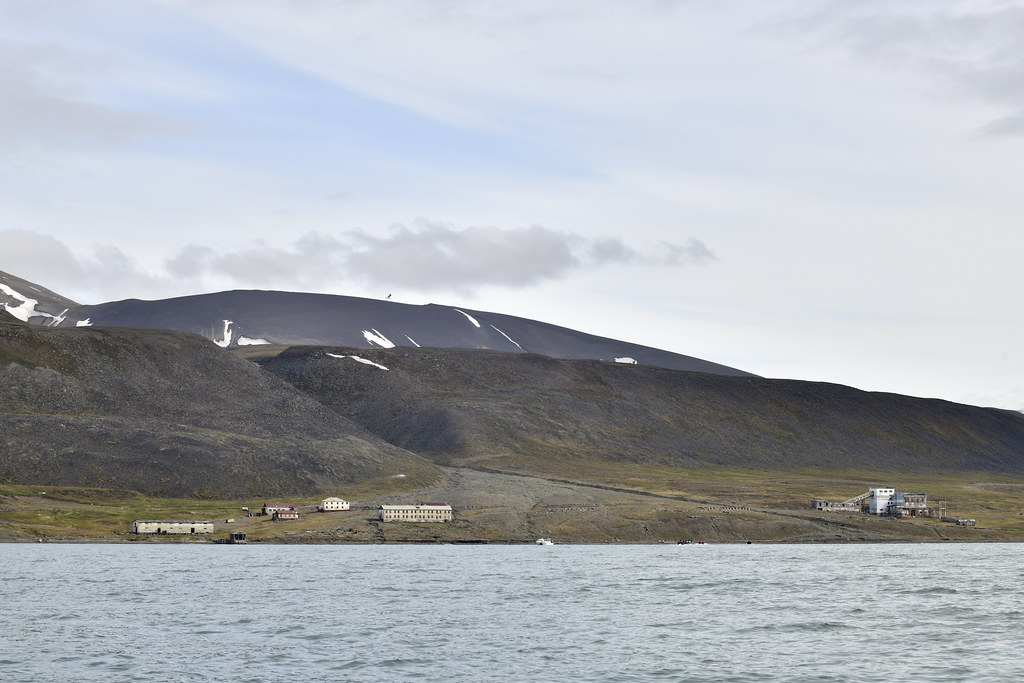 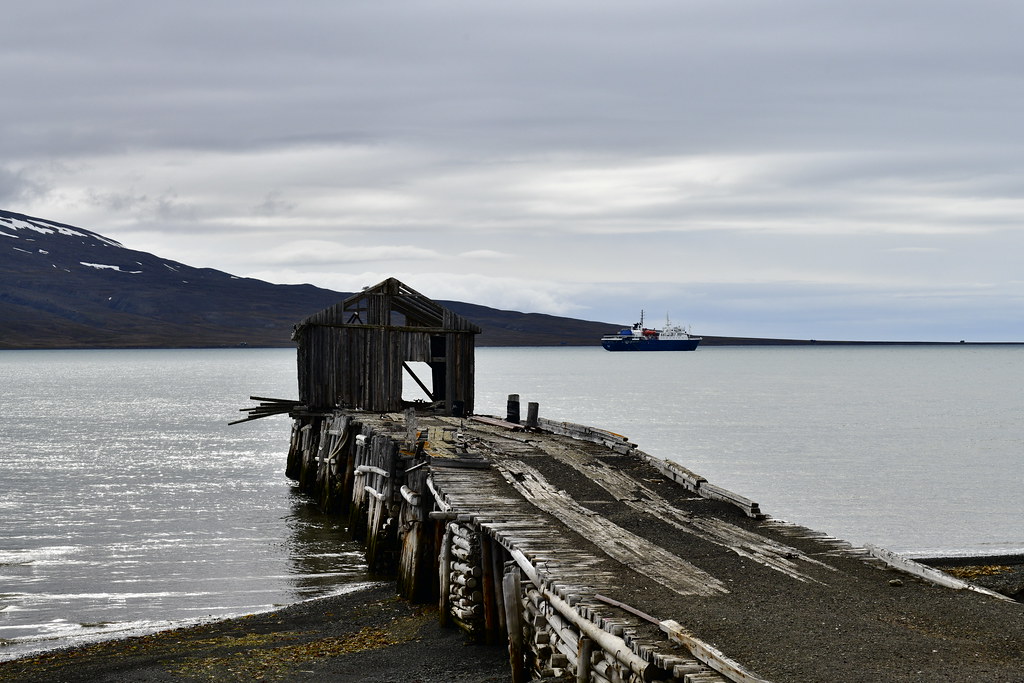 A surreal paradise of the abandoned, let the buildings speak for themselves. 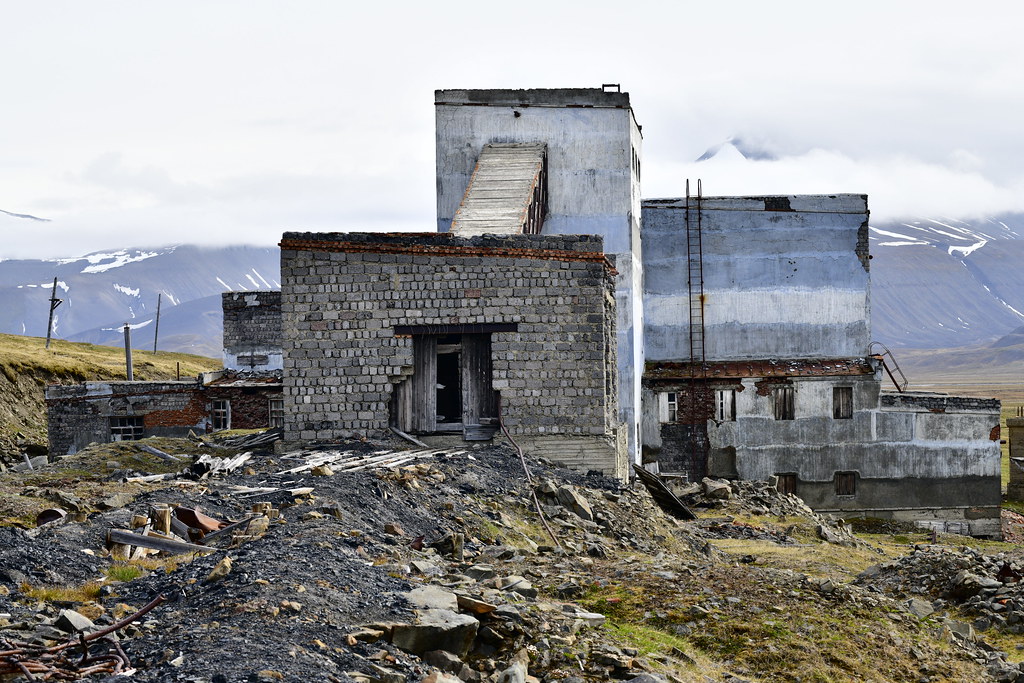 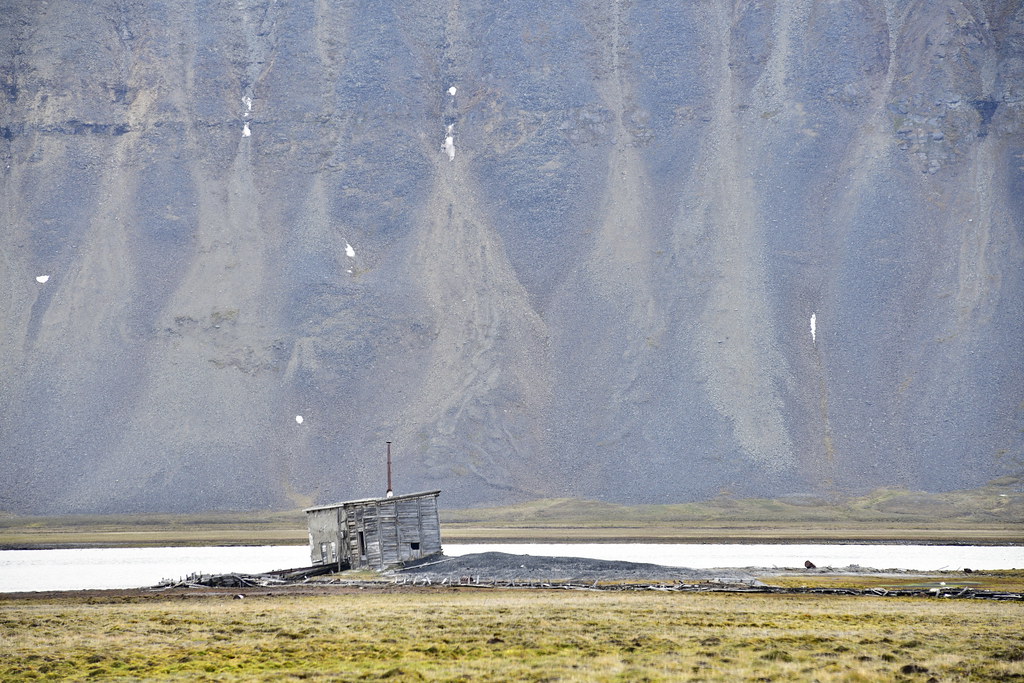 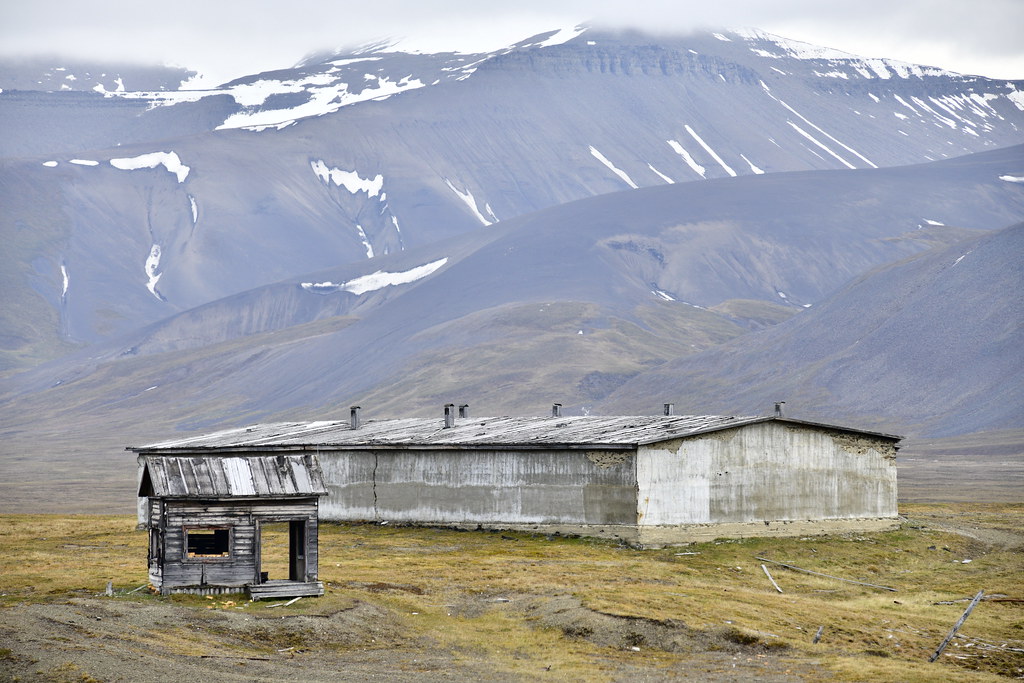 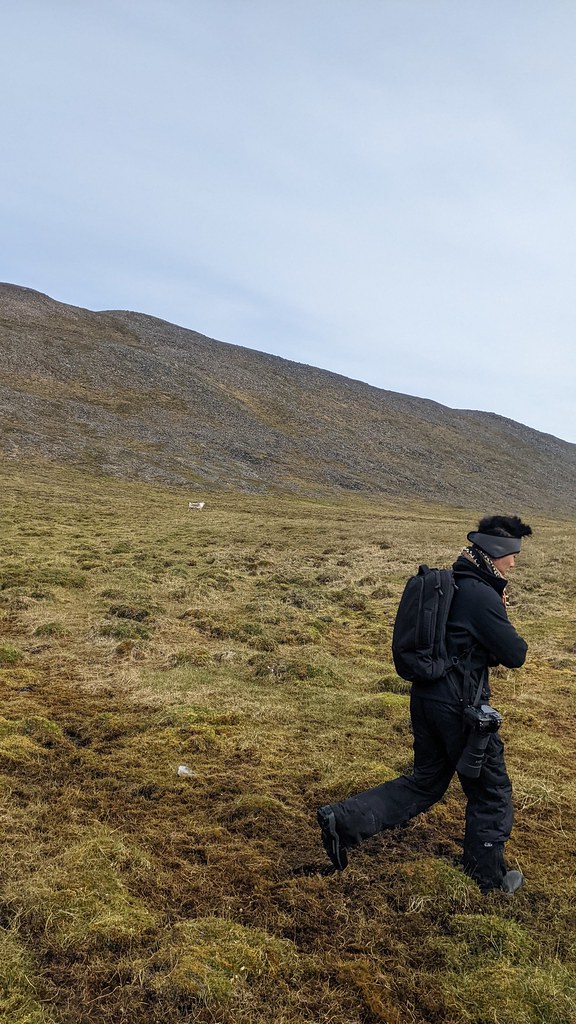 Or the local reindeer here: 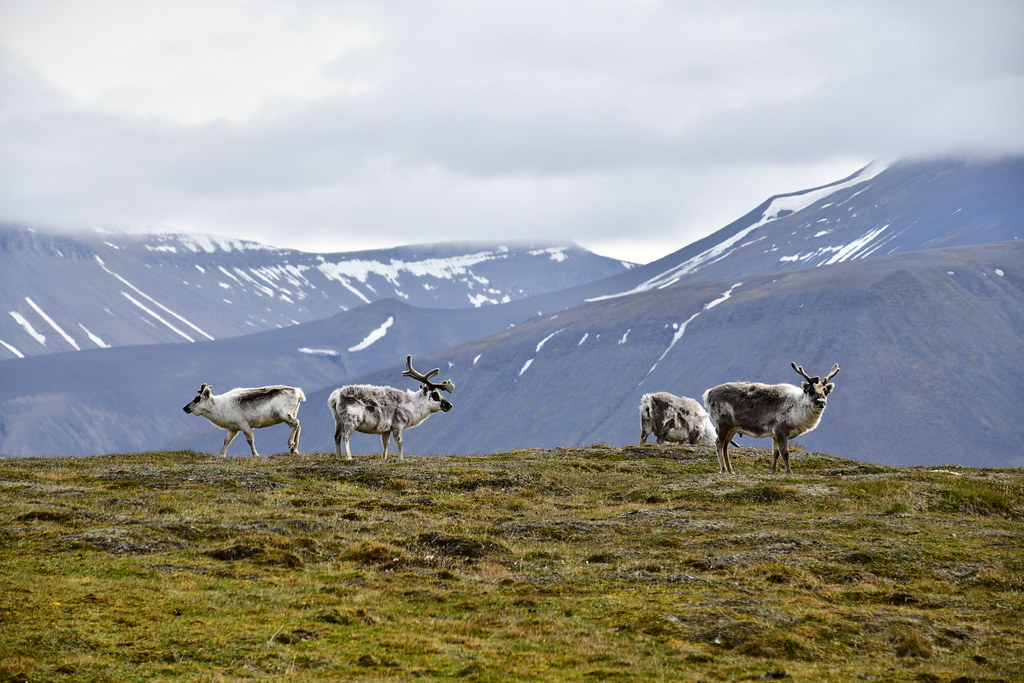 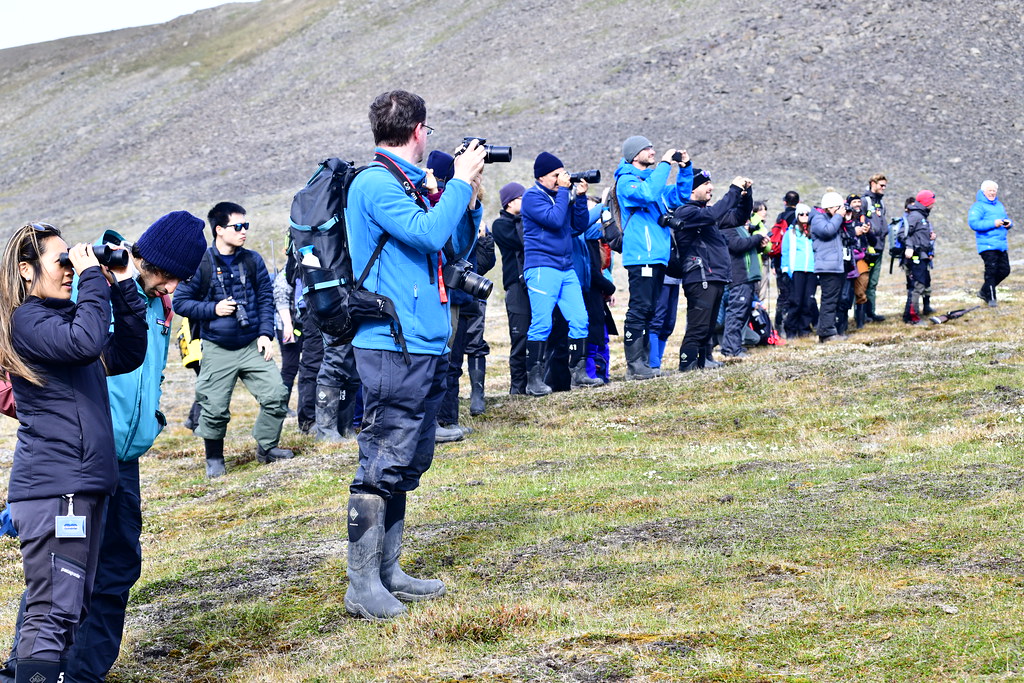 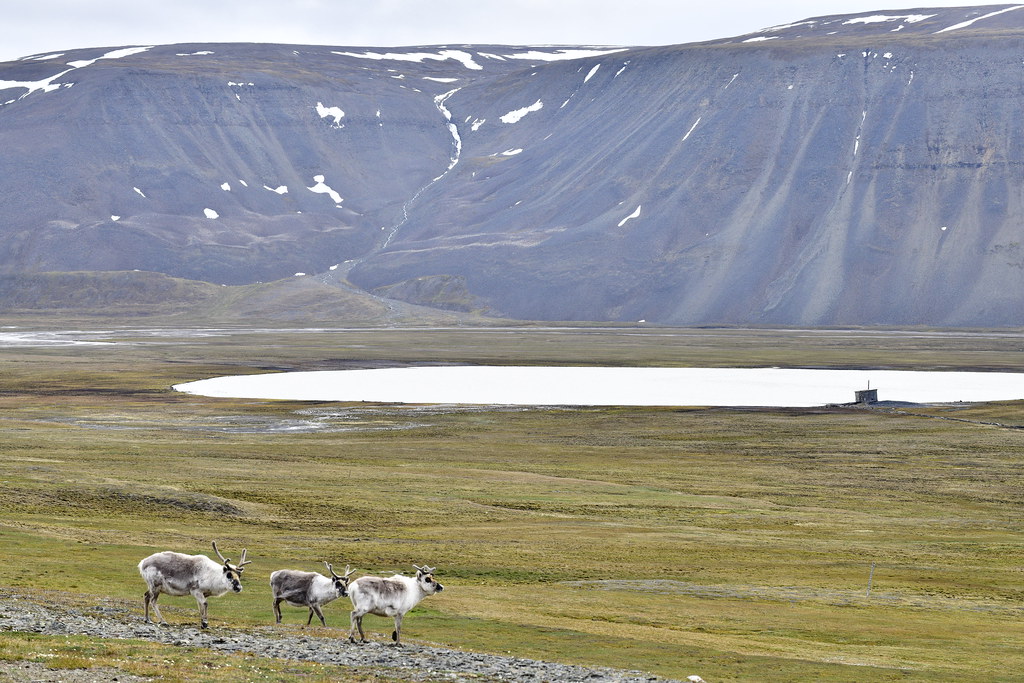 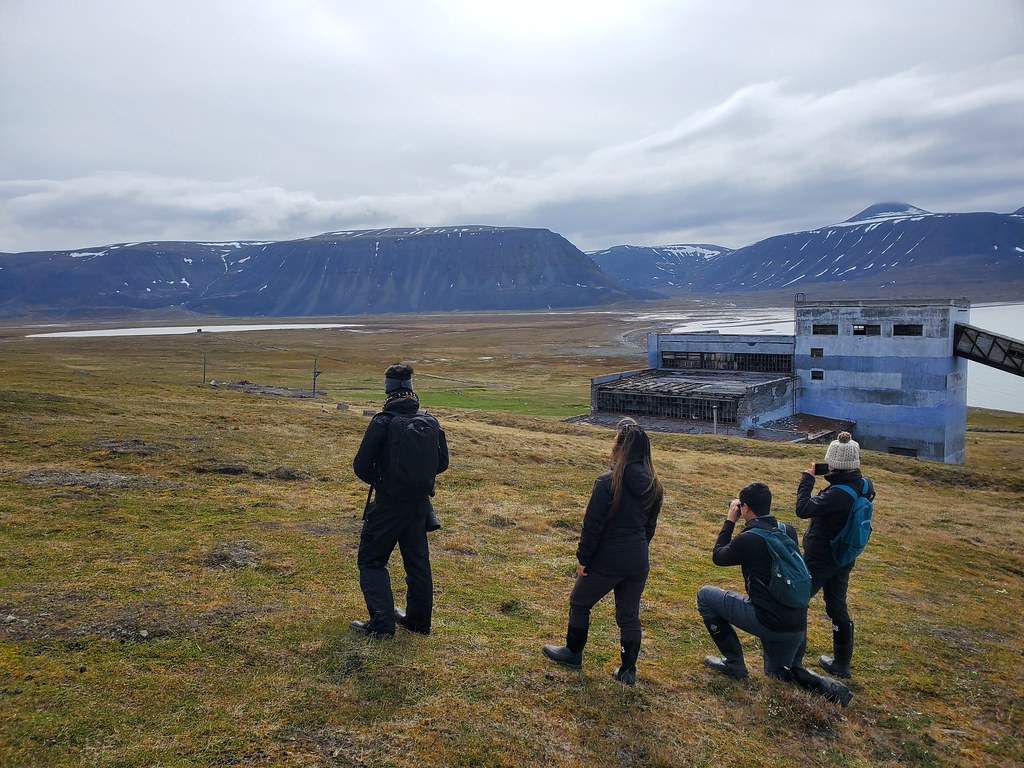 We took a ride on the pipeline here to the very edge of the lake. 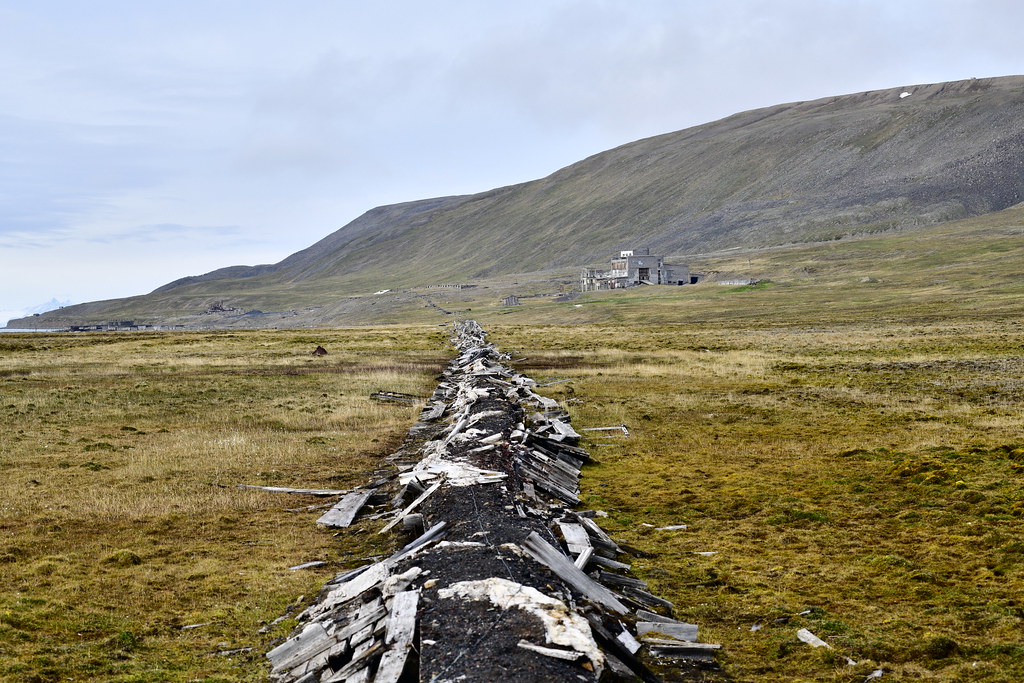 And it was here when I realized that it’s in these parts of the world where the evidence that we are all just guests on this planet passing through time and space becomes clearer. That this Earth and universe are the landlords, and we are just tenants living on borrowed time.

Sifting through all the cabins, the cemetery, reindeer pastures, and generally an expanse of the unfamiliar, you can literally feel the ghosts of the Arctic past here. …And perhaps if you feel it enough, you’ll realize you’re also one of those ghosts.

Places like these that come close to the awe of oblivion will make us the promise in which we can find deep peace. Until then, let these quiet moments of speechless wonder fill you fully and completely. 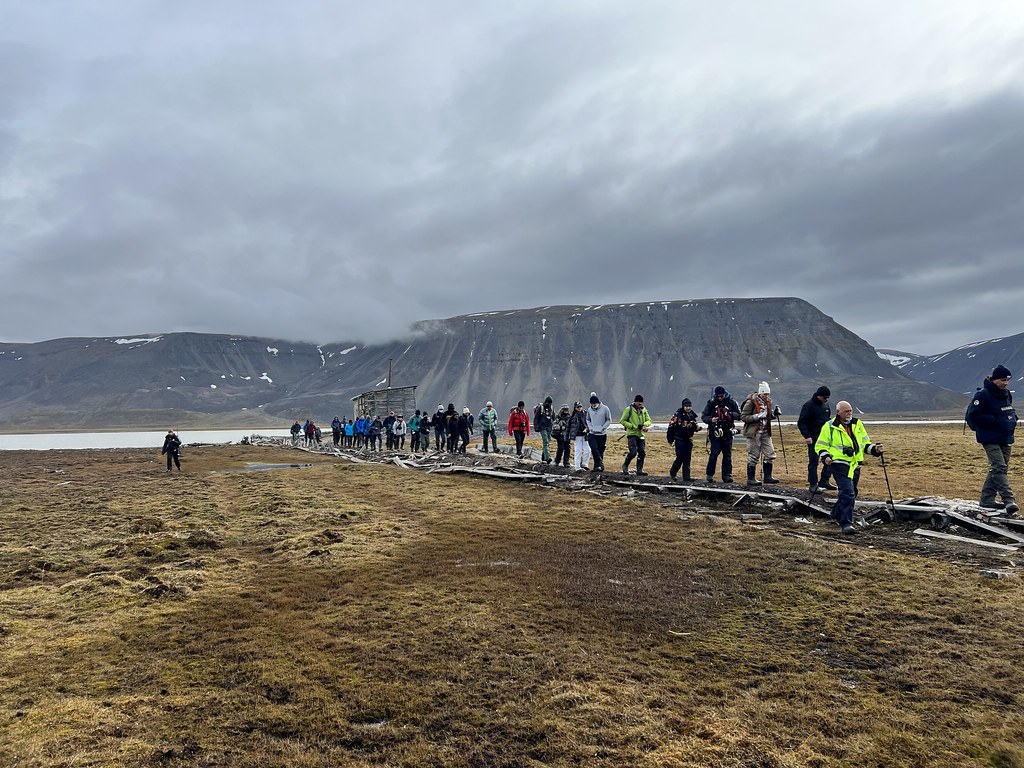 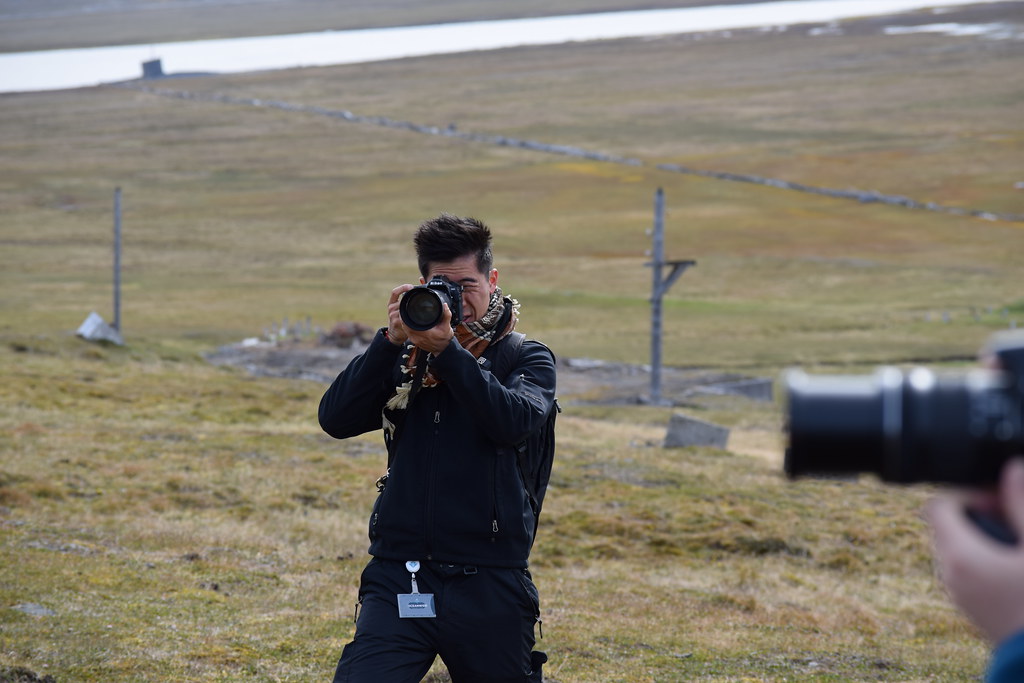 After 4 hours, we saw the ride was receding quickly so we returned to our ship before getting stranded (or being forced to swim to our zodiacs).

Back on the m/v Ortelius, we gathered for one final champagne toast and farewell dinner as we docked back into Longyearbyen by the evening. As the late night conversations went into the night over a long game of Cards Against Humanity, we peeled off one by one into the decks below. 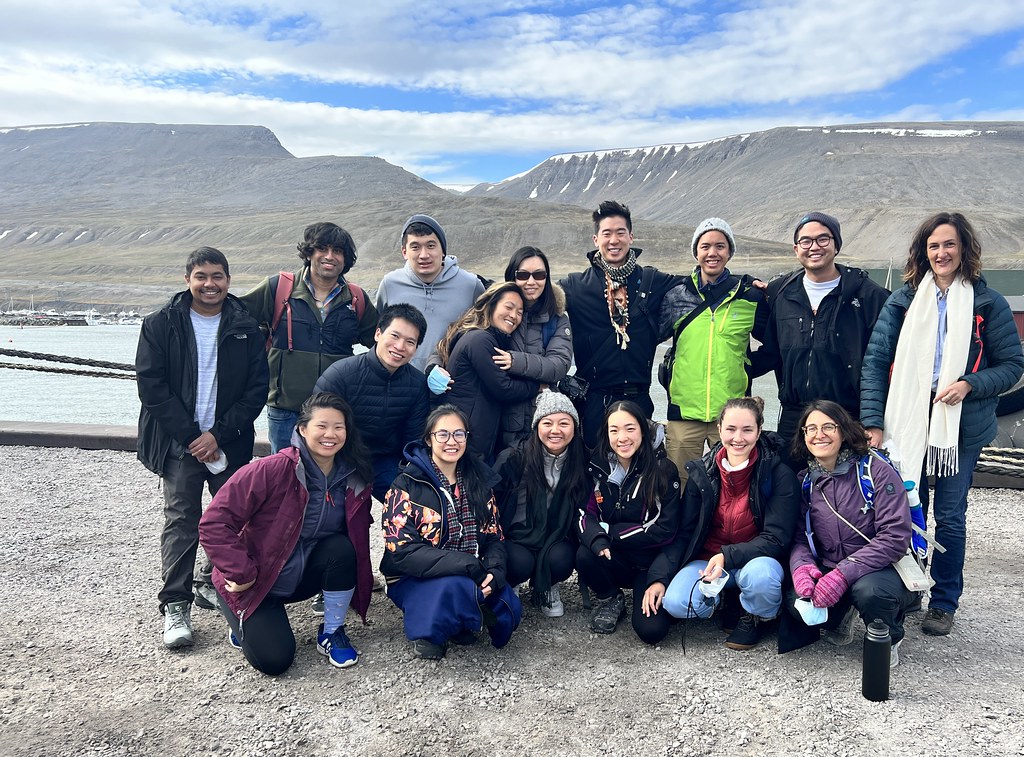 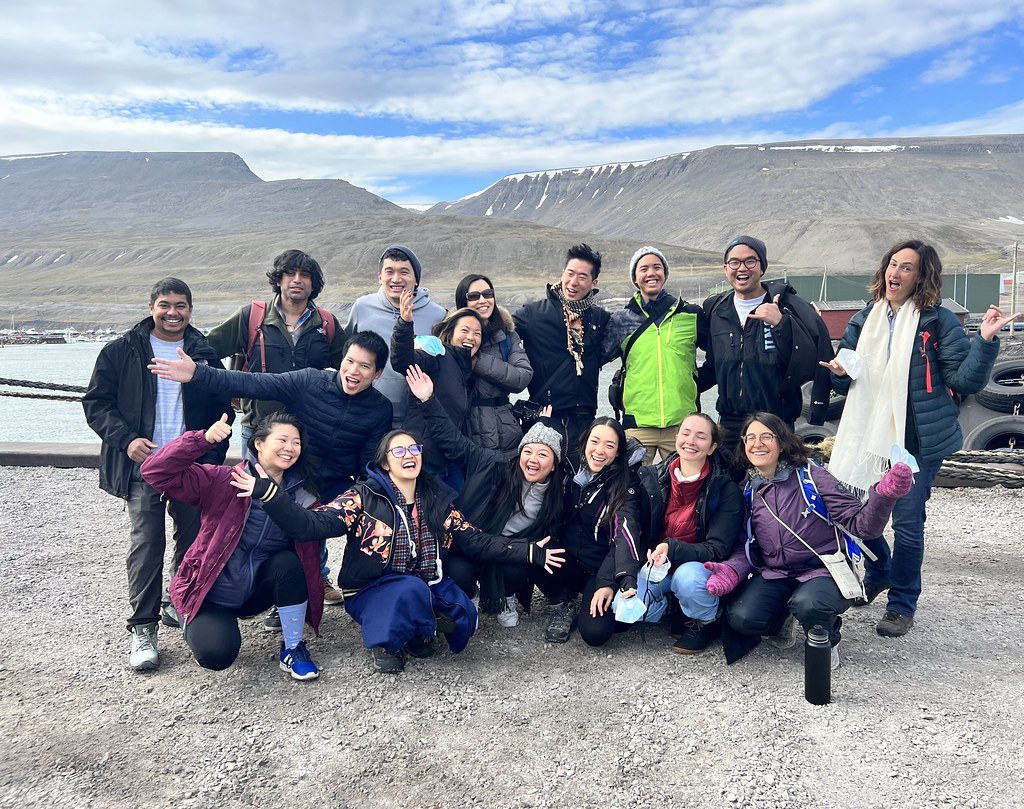 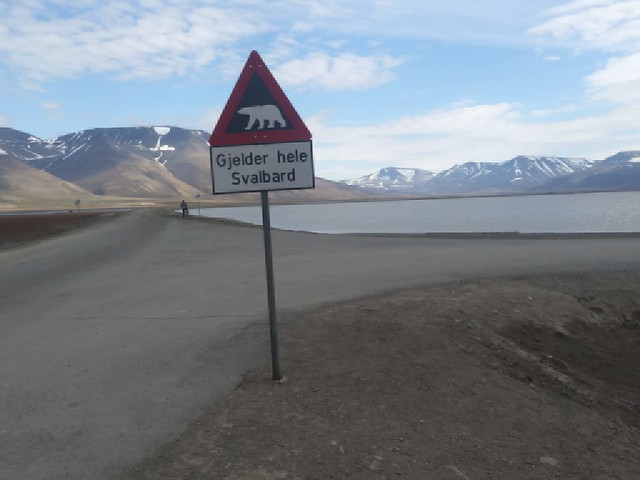 We’ve now come to the end of another epic journey.

The next morning we set our bags outside in the hallway for collection, sat with a shellshocked kind of quiet breakfast, disembarked to give the ship staff another round of hugs goodbye, left our bags at the pier so we could pick them up later when returning for the airport, boarded our buses for Longyearbyen, and sat outside in the sun in the city center for a prolonged coffee and emotional decompression. Lots and lots of coffee was needed. 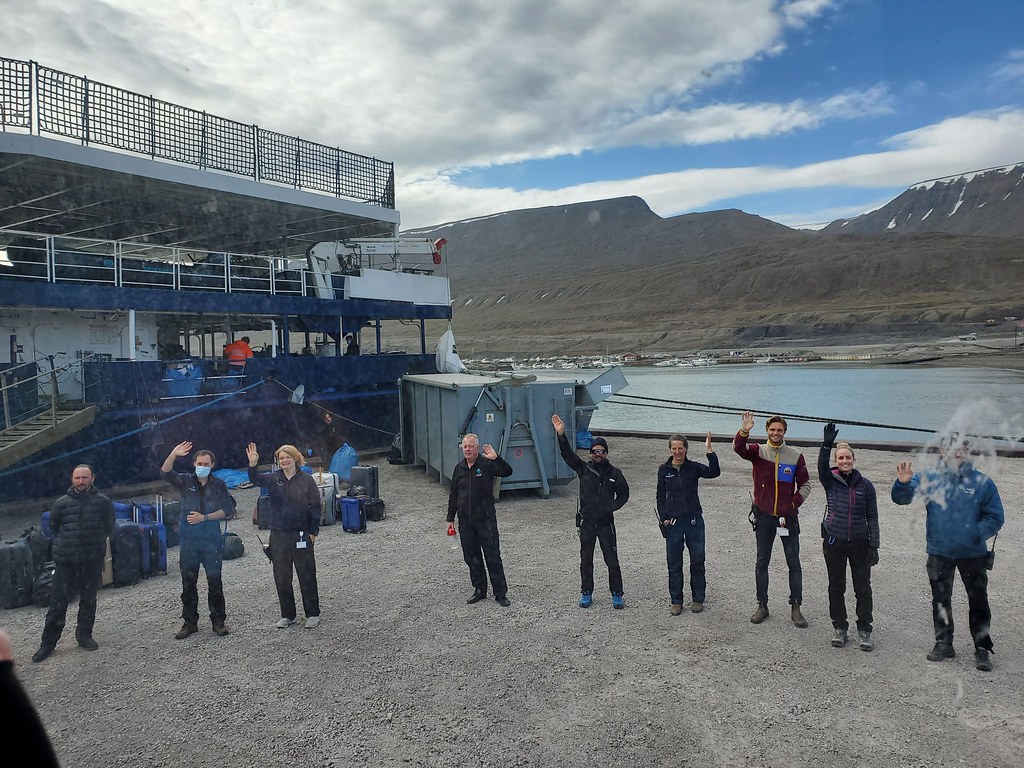 Then as our bus returned at 1pm to take us back to the docks to retrieve our bags before heading onwards to the airport, our goodbye hugs began. 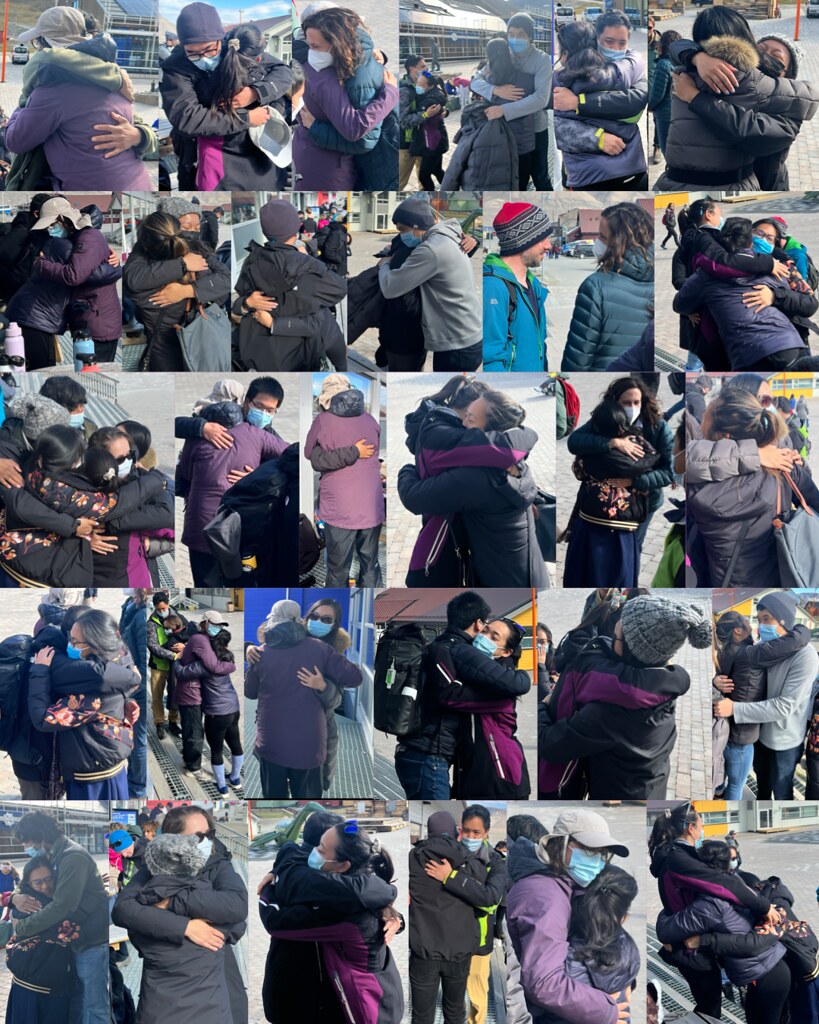 It lasted for a good 15 minutes to the point that we actually MISSED OUR FREAKING BUS. Like, it stopped at 1pm, was just waiting there right in front of where we hung outside for 4 hours, and then pulled away as we were hugging. 4 hours hanging out by the stop and WE STILL MISSED IT.

Not to fear, let’s call a taxi.

EXCEPT THERE WERE NO MORE TAXIS. Every number I called said they were fully booked. We then went to the tourist office, who did a round for us and still no dice. I was getting frustrated since for a travel screwup kind of story, this could have been easily easily avoidable. The biggest concern was that there were 10 of us who needed to board a flight that was leaving in 70 minutes, and we still had to pick up our luggage on the docks before heading onwards to the airport.

We tried the central tourist office who also informed us there were no more taxis. This was a rare feeling during travel where I had no alternatives; there was no way we could make a hike as that would take over 2 hours. We needed a taxi or for some way to get the bus to come back.

And obviously he knew better than we did: the answer was yes. Luckily when the first of us arrived to the pier, our luggage was already transported to the airport by the bus we had missed, so that would save us time for the next 2 trips. The airport was also only 12 minutes away from the city, so that was also a plus in barely making 3 round trips. And then, the 6 that were left behind somehow convinced a van taxi to take the rest of them over without needing the next 2 trips from the first taxi that left. Finally, we had been informed by the tourist office that airport technicians were on strike which suggested a tiny 20-30 minute delay for departure.

In other words, it was all a false alarm and I freaked for no reason. We all made it and boarded our flight for one last night and hurrah in Tromsø. Another crisis averted. 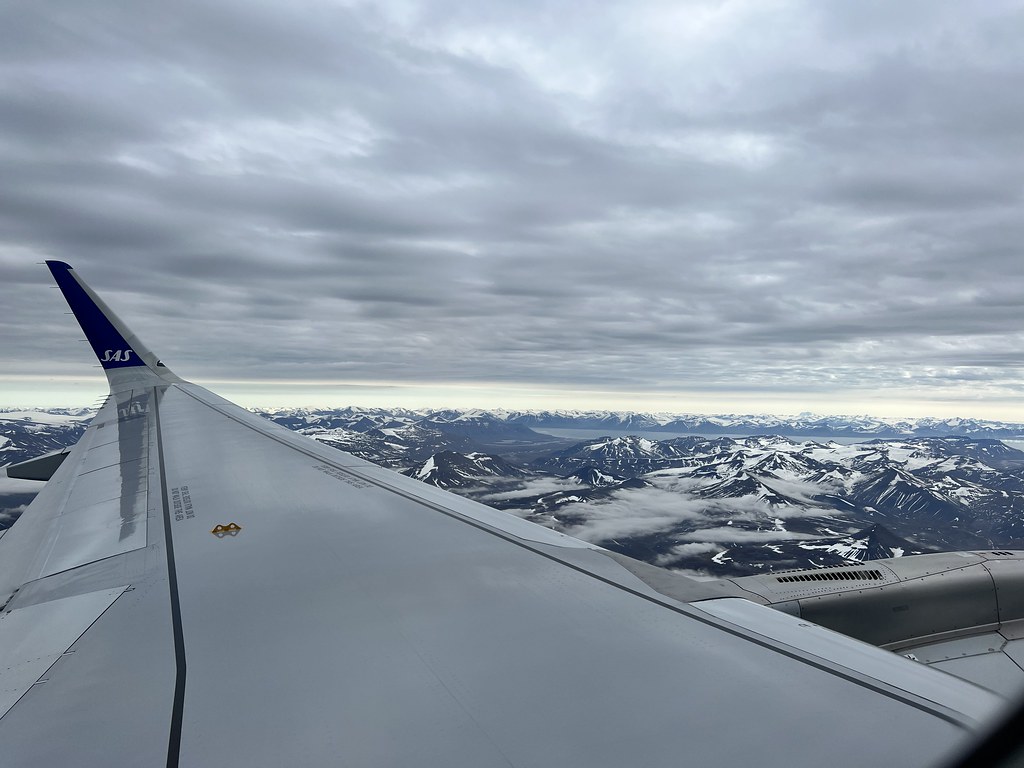 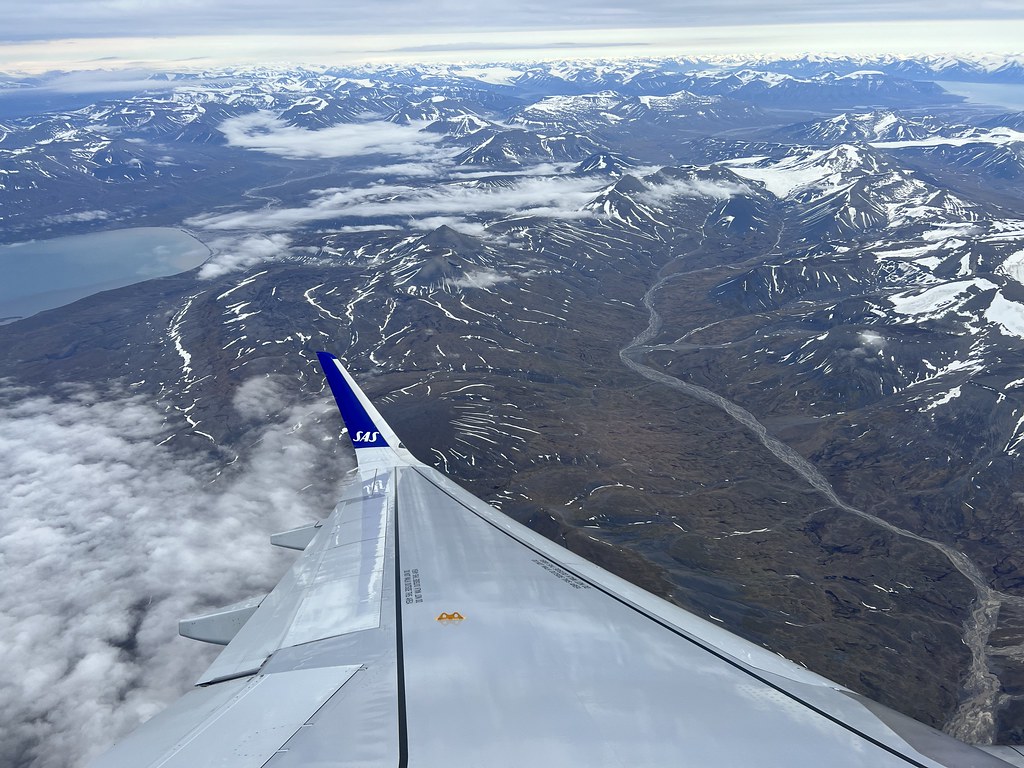