After 6 days off the grid in Svalbard, 5 of our 15 decided to join my whimsical decision to visit Tromsø on the way back home.

After a dramatic goodbye and making up for missing our bus to the airport, 6 of us took the 2:45pm flight out from Longyearbyen to Tromsø, landing at 4:20pm. 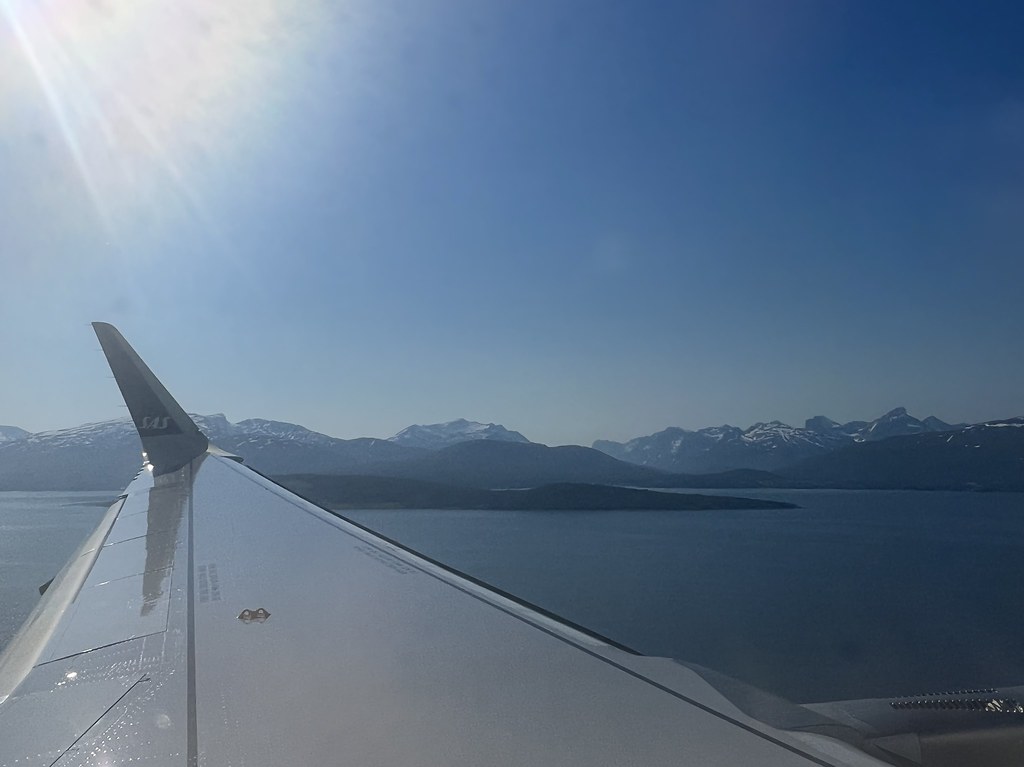 Due to construction, we waited nearly up to an hour in a makeshift shipping container converted into a passports booth to get stamped back in.

More goodbyes ensued at baggage so that 4 of the 10 on the flight could make the onward flight to Oslo. 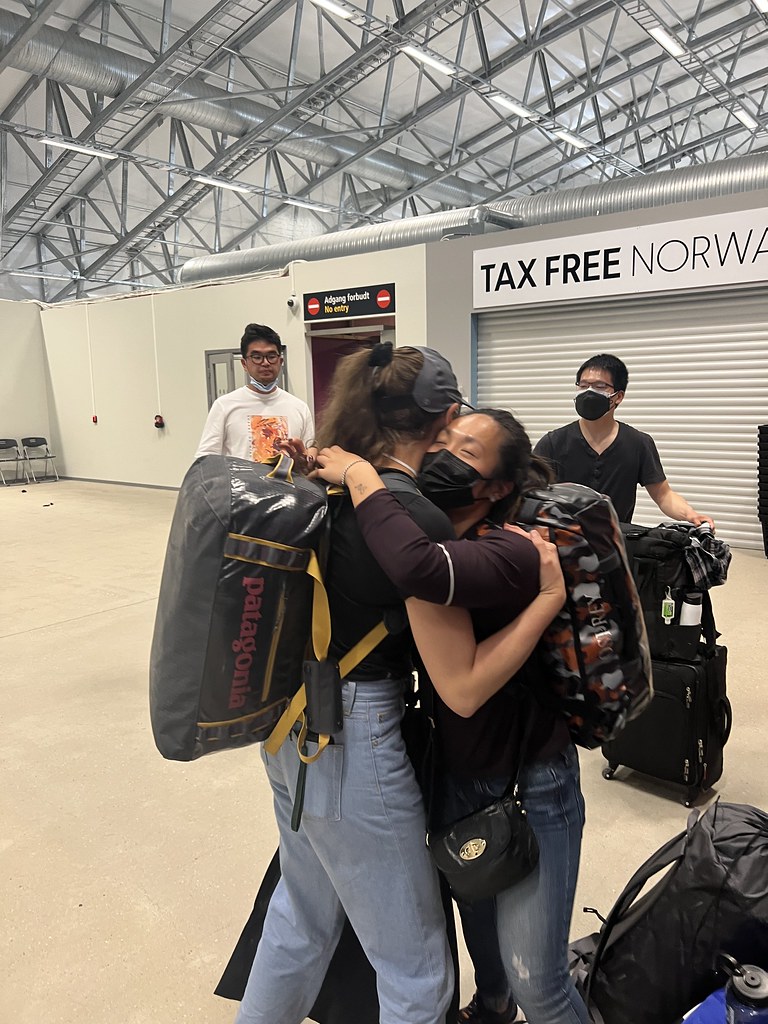 The 6 of us leftovers then took the shuttle bus to Terminal A to find another public bus to take us to Tromsø’s city center. Luckily they didn’t seem to care that we had no idea you can’t pay on the bus and had to get prepaid tickets beforehand. We got a free ride (except Mihaela, who had time to get a ticket at the kiosk) 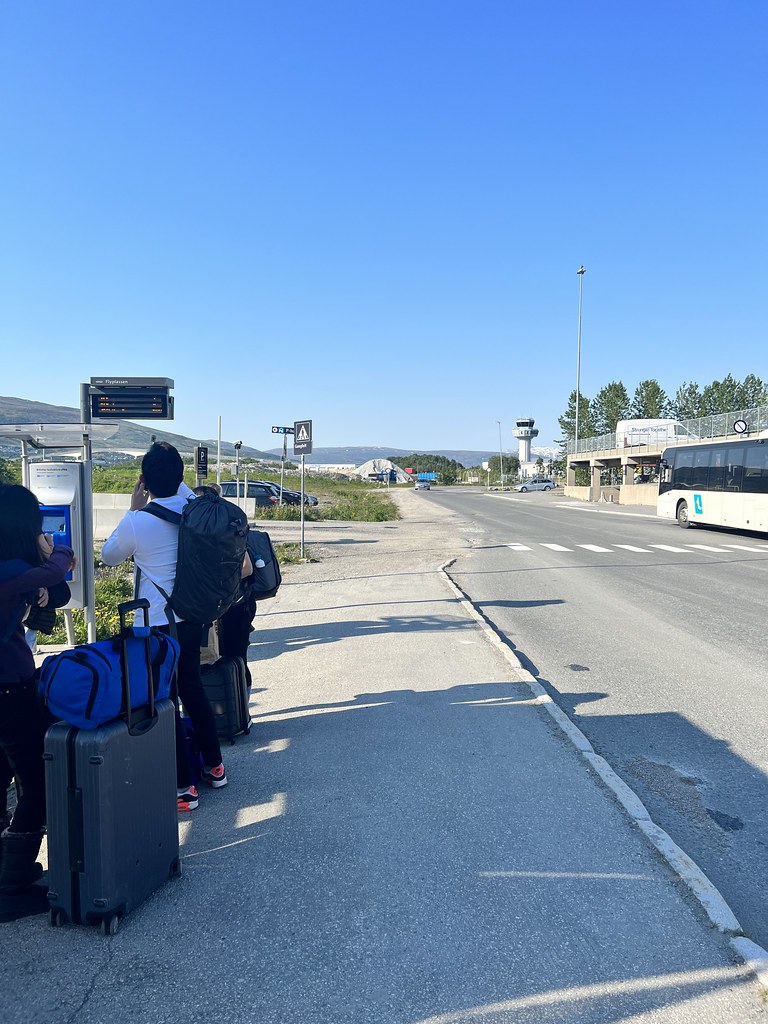 After a 10 minute bus ride, we reached our lodgings at The Clarion Edge. The trip began with The Clarion, and somehow also ended with one. That’s destiny for you.

And even without all the drama of destiny (you know me), Tromsø is such a cute and beautiful city. With the mountains in the background, we were feeling Seattle vibes everywhere. 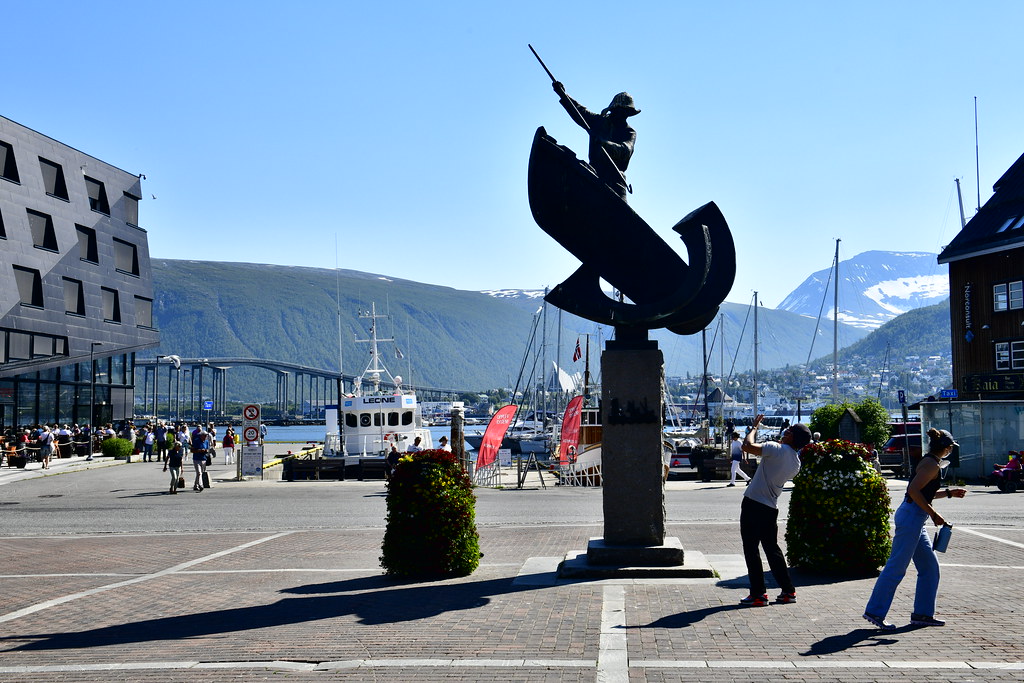 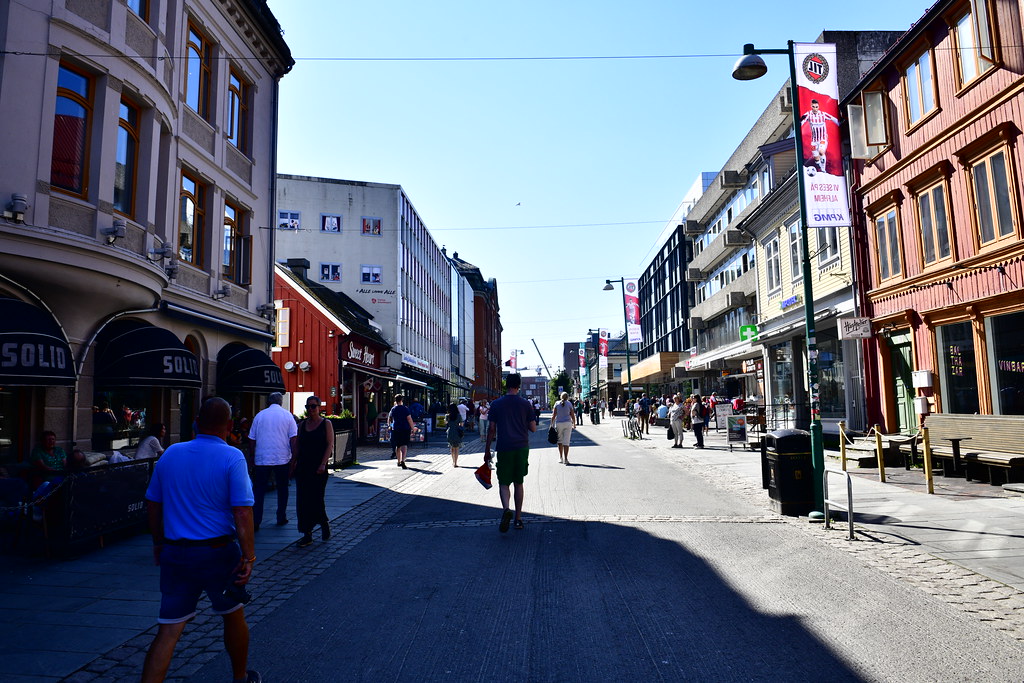 After settling into our rooms, we headed out for a 4 hour and 6 course dinner at Fishkekompaniet. Quite possibly the best and most unbelievable salmon I ever had. 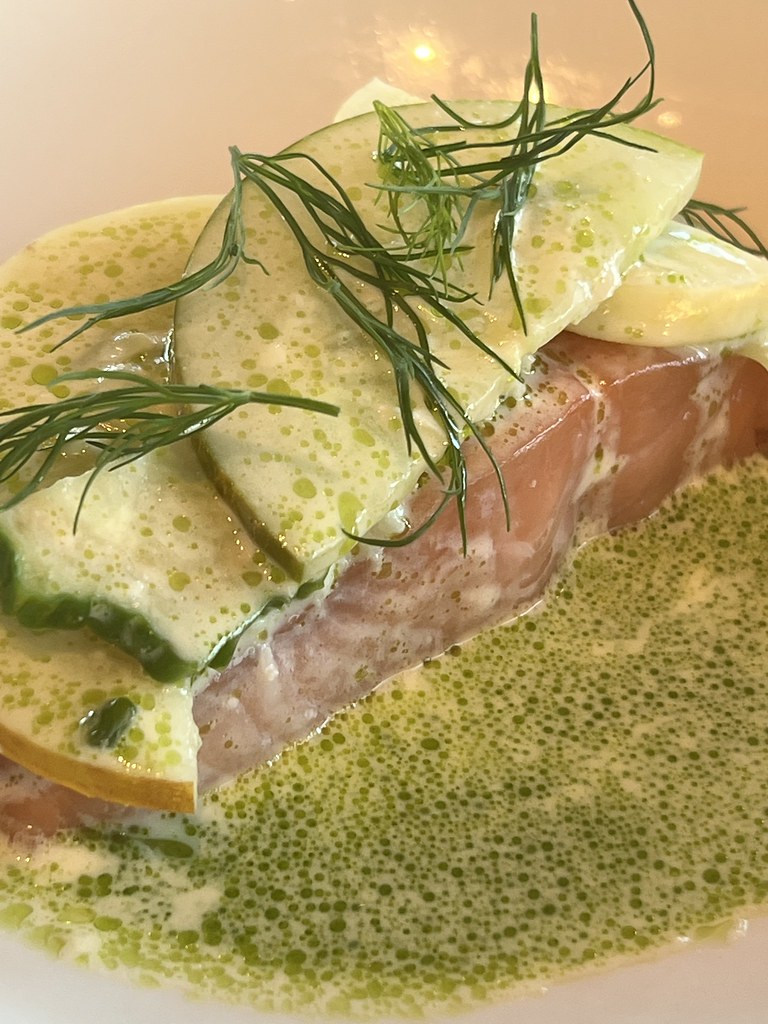 And quite possibly one of the best post-monsoon dinner conversations I ever had. Bruce, Alicia, Sujay, Cindy, Mihaela and I really went into it to the point of collective catharsis of all that had happened on the ship.

Then with Cindy and Sujay’s final hours of the trip, we took a midnight stroll. 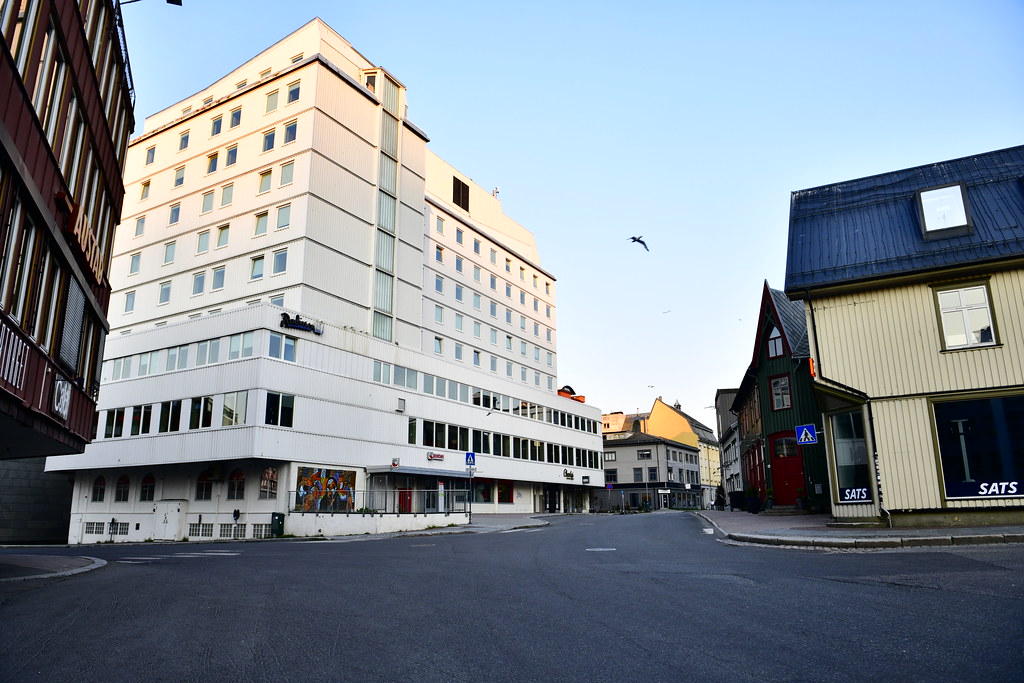 Perhaps it has to do with our recent trip, but we found ourselves drawn back to the docks. 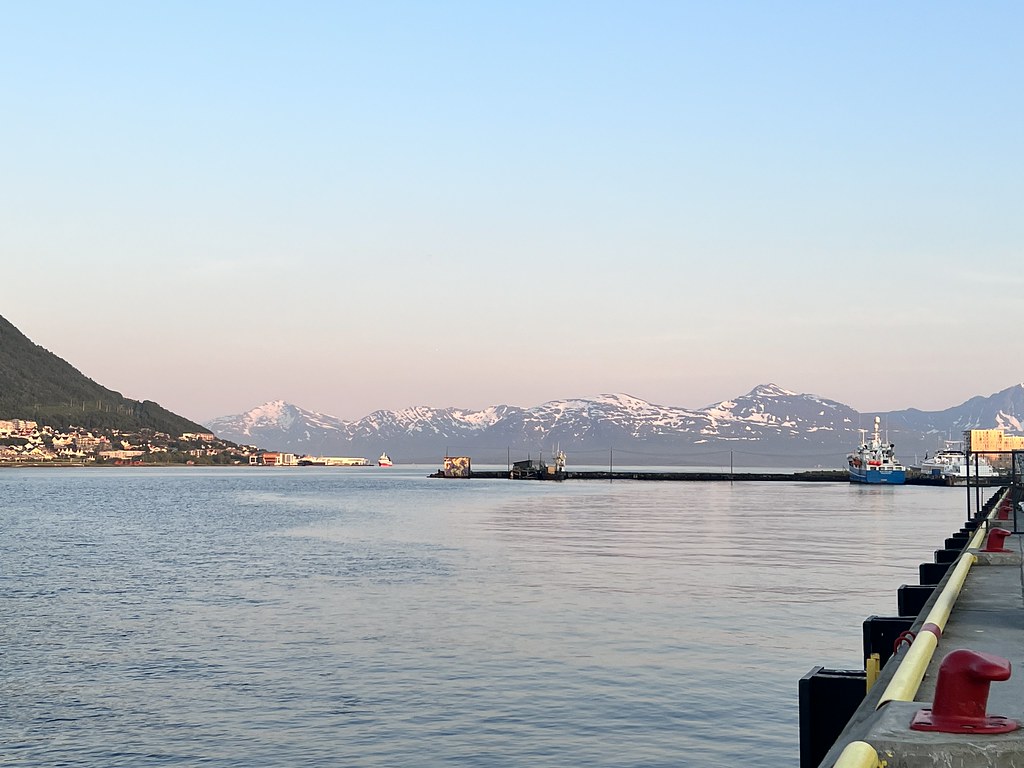 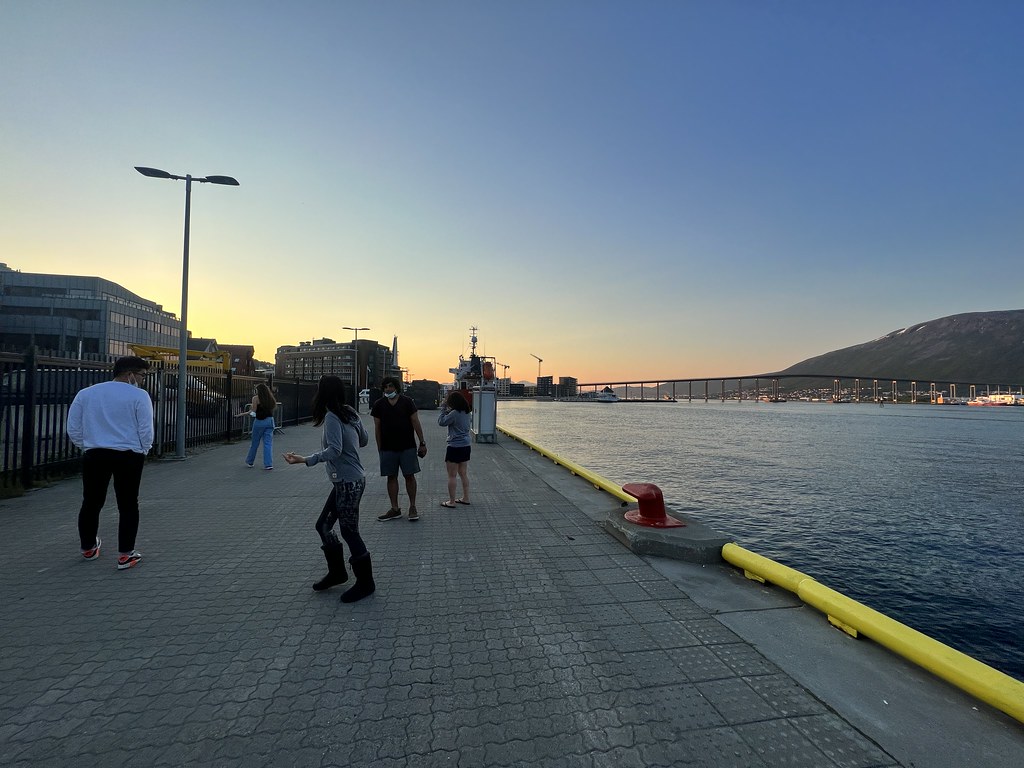 And then Cindy was happy she found a real troll at the Troll Museum. 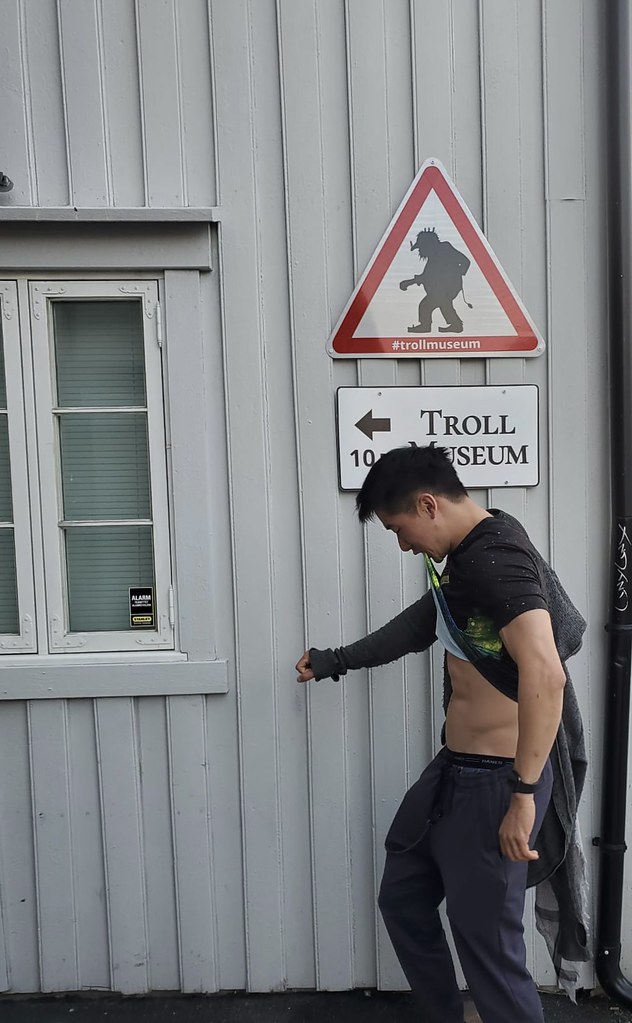 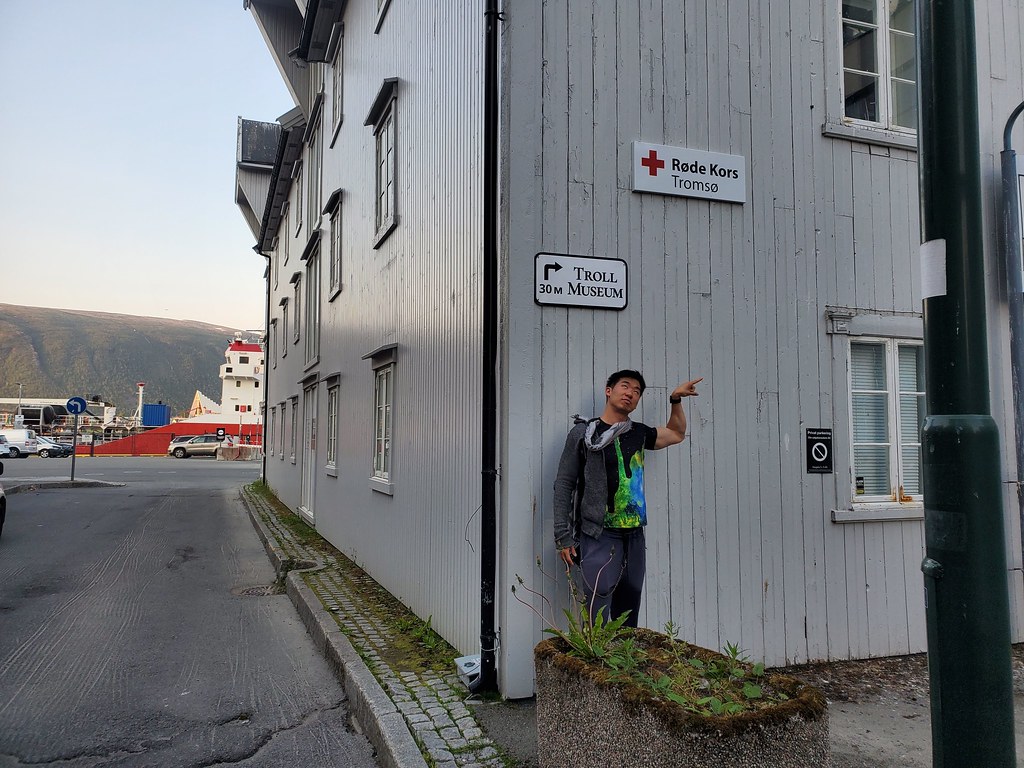 Luckily for us to end the night, we eventually wrapped up at a great rooftop bar conveniently located at top of our hotel at The Clarion Edge. Don’t worry, it’s still so bright out you can still find your way home from here; at this time of year, midnight is a perpetual sunset.

From here we said our goodbyes to Cindy and Sujay. 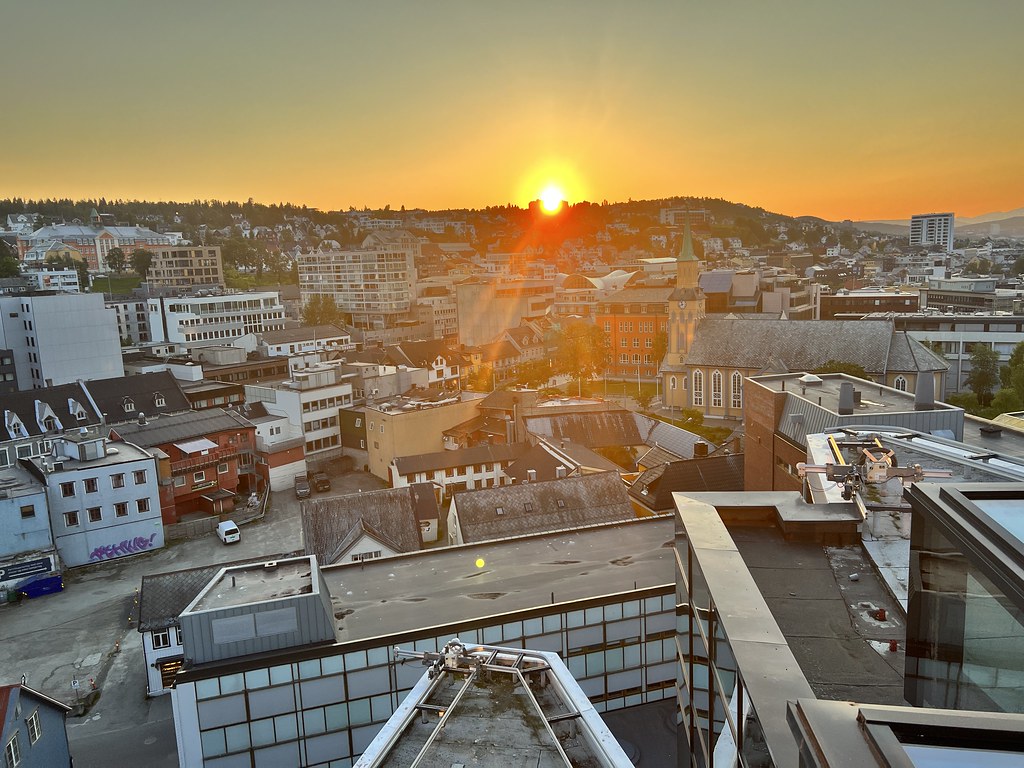 The next morning I had some tea with a slow breakfast where I bonded and said my next round of goodbyes to Alicia. An hour later, Bruce, Mihaela and I took a quick taxi out in the late morning for city’s most photographed building at Ishavskatedralen, located across the city center on the mainland.

Although called the “Arctic Cathedral” it’s actually a parish church. 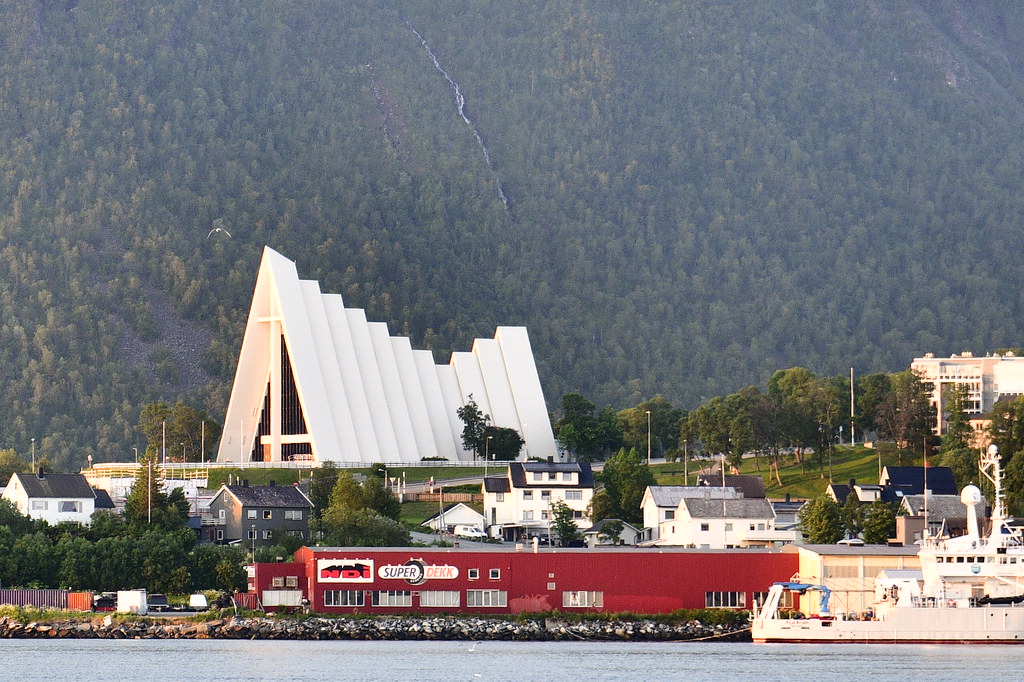 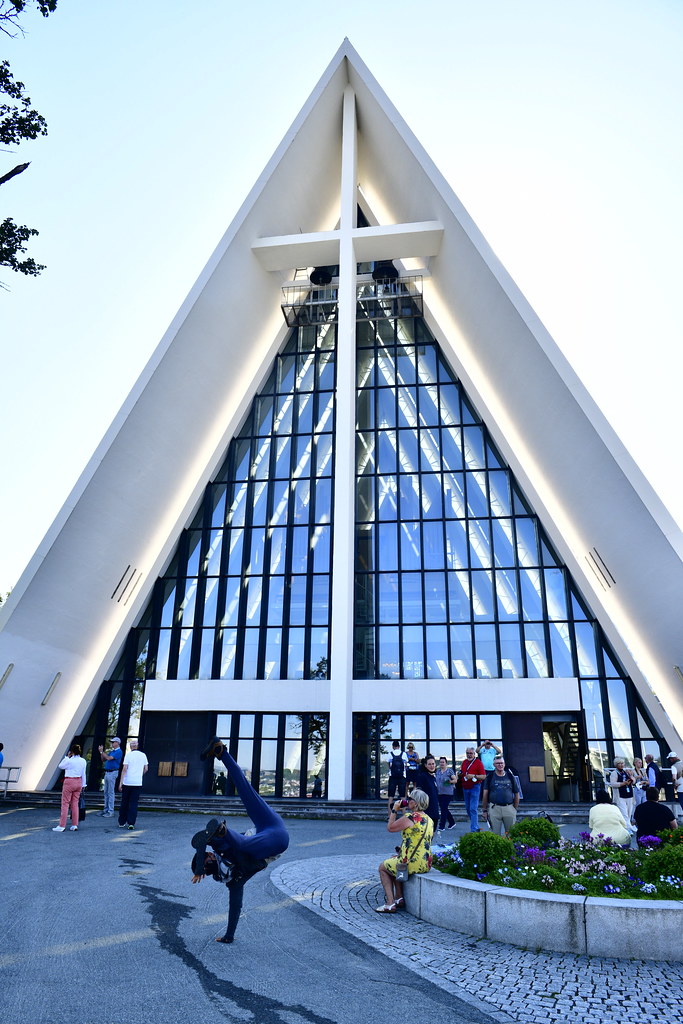 This 1965 structure is home to one of the biggest stained-glass windows in Northern Europe. 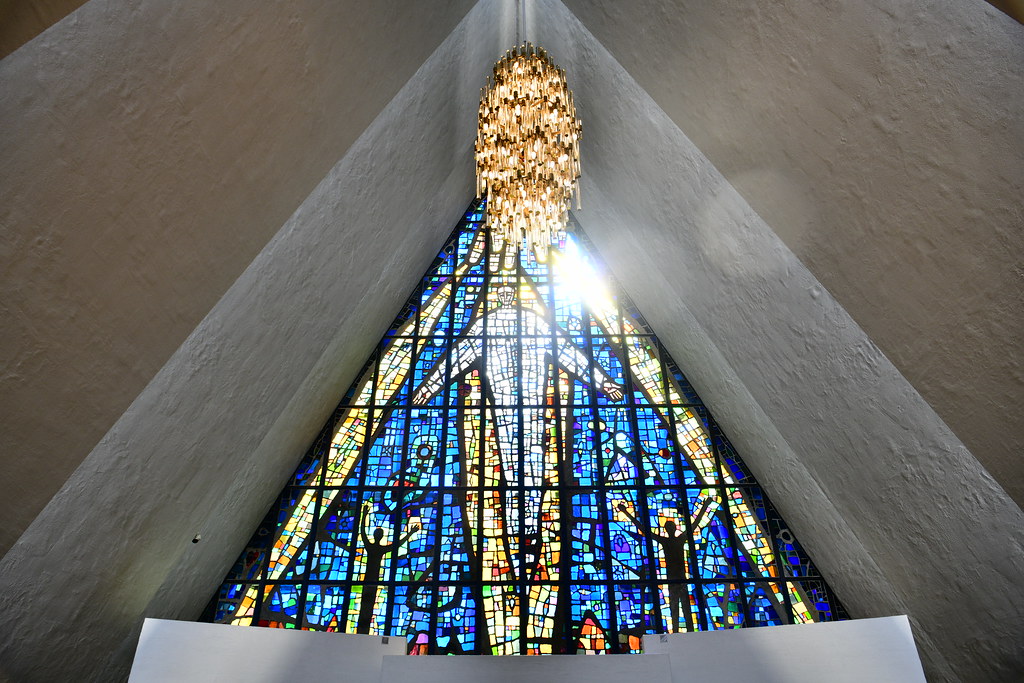 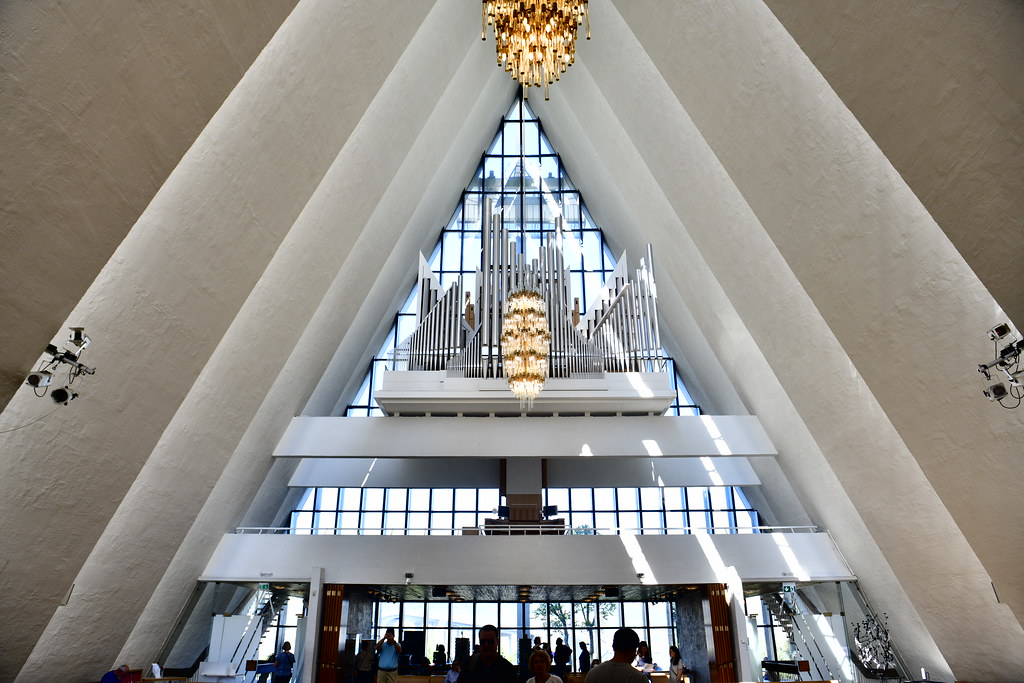 Ishavskatedralen also sports a great view of Tromsø itself:

Taking a taxi back into the city, we then swung by the seat of the northernmost Catholic bishops: Cathedral of Our Lady: 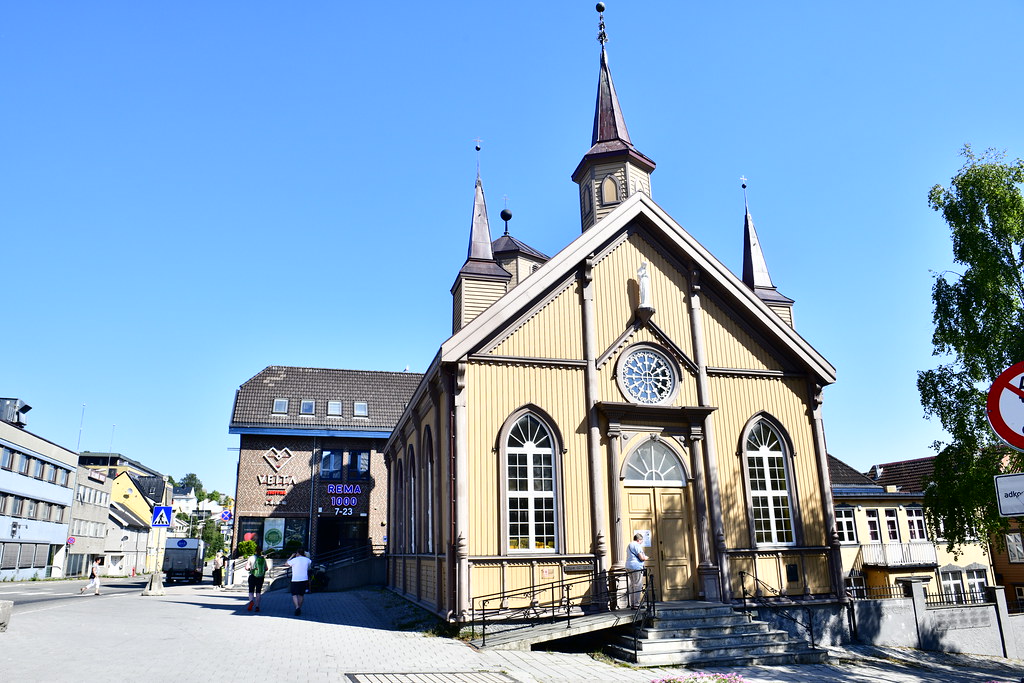 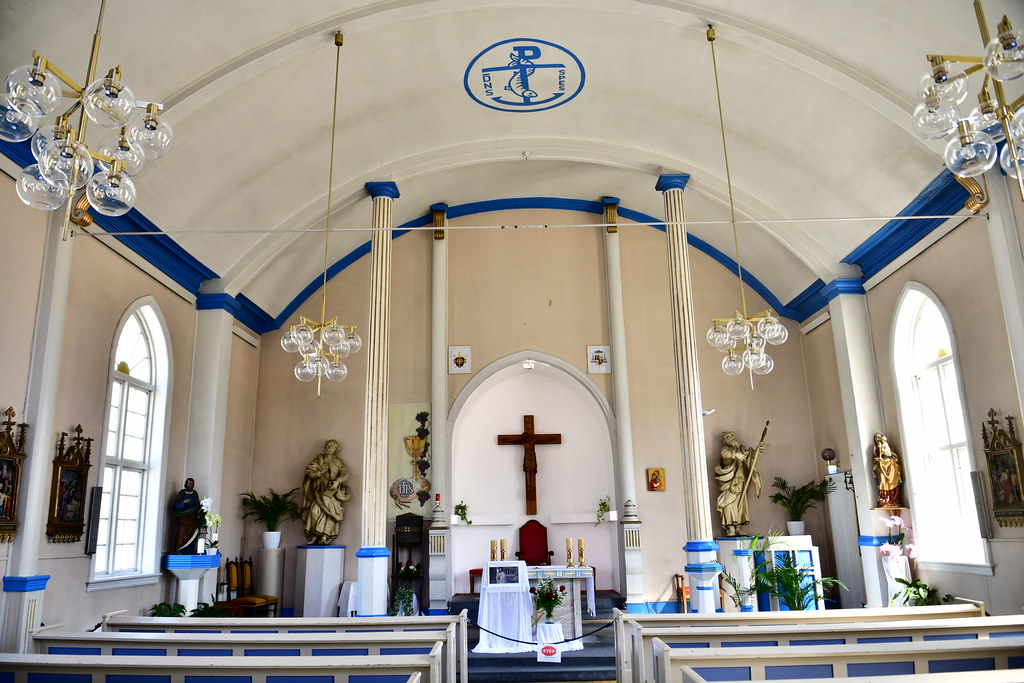 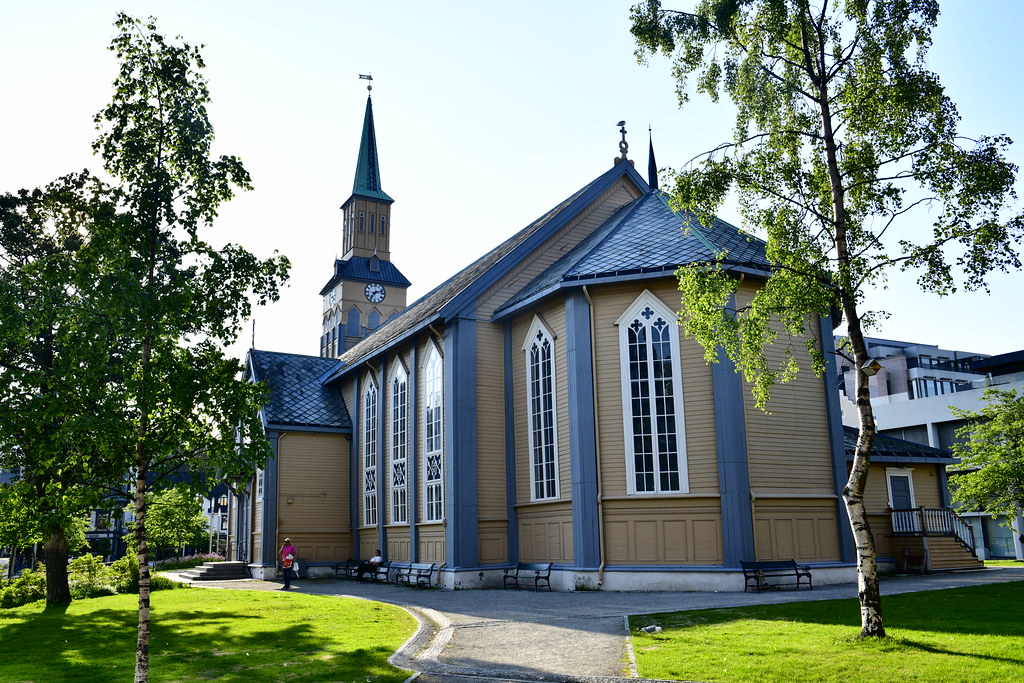 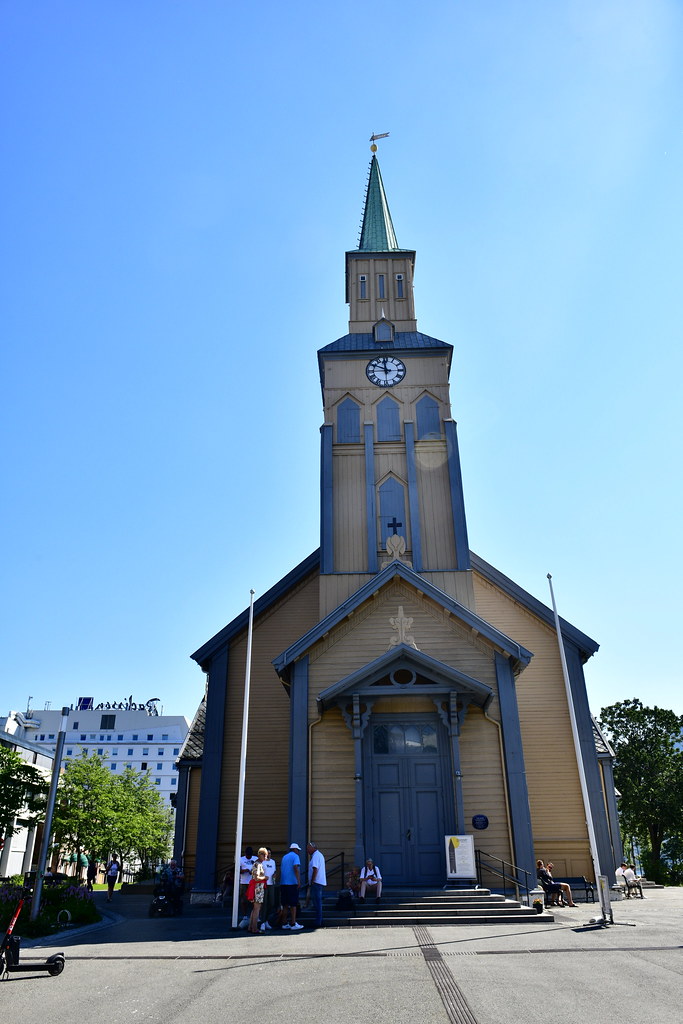 And with that the 3 of us made it back to our hotel, retrieved our bags, and took one final cab ride to the airport. Because my flight would be in Terminal C, I accidentally joined Mihaela and Bruce through security at Terminal A. And I’m glad I did because I got to spend as much time as possible with them before I needed to head back out the exits for my shuttle bus to Terminal C and my flight home via Frankfurt.

And even as a surprise to me, it was a bittersweet kind of goodbye.

One where even as numb I as I though have felt about them, the feelings would still come screaming back as if they would remind me they’ve never left.