So Far From Becoming a “Tarrafal” Time!

Our original plan today was to visit the outer islands of either Sal or Maio, but due to technical engine failures of all of TACV’s flights today, we would be “marooned” on Santiago. What a first world problem to suggest because we still would make the most of it — today Rita (who guided us yesterday around Praia and Cidade Velha) drove by our place to pick us up where we drove north into the interior of the island of Santiago.

Our first stop would be breakfast at Mrs. Luisa’s house in the municipality of São Lourenço dos Orgãos. She’s the mother of the Bu Country Tour‘s owner Admilson and has a beautiful garden she tends to on her rooftop. 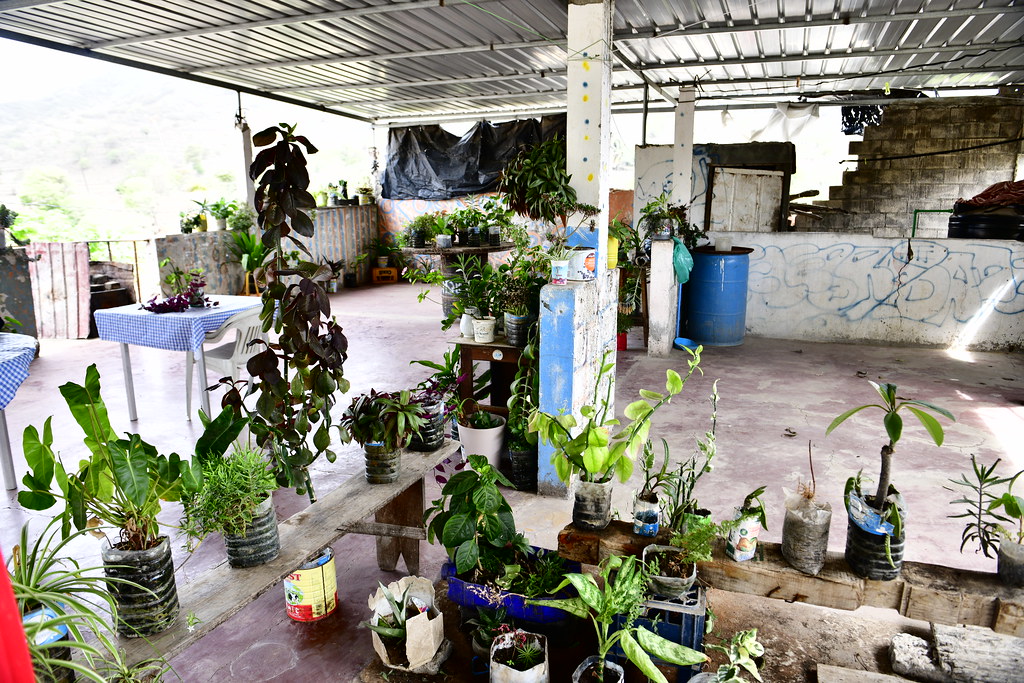 Once there we accompanied Mrs. Luisa to grab some flour at the shop down the street, after which we learned from her how to cook and enjoy both a healthy heaping of cuscuz (a traditional cake made from corn flour) and fidjós (fried banana mixed with wheat), the typical breakfast for Cape Verdean families. 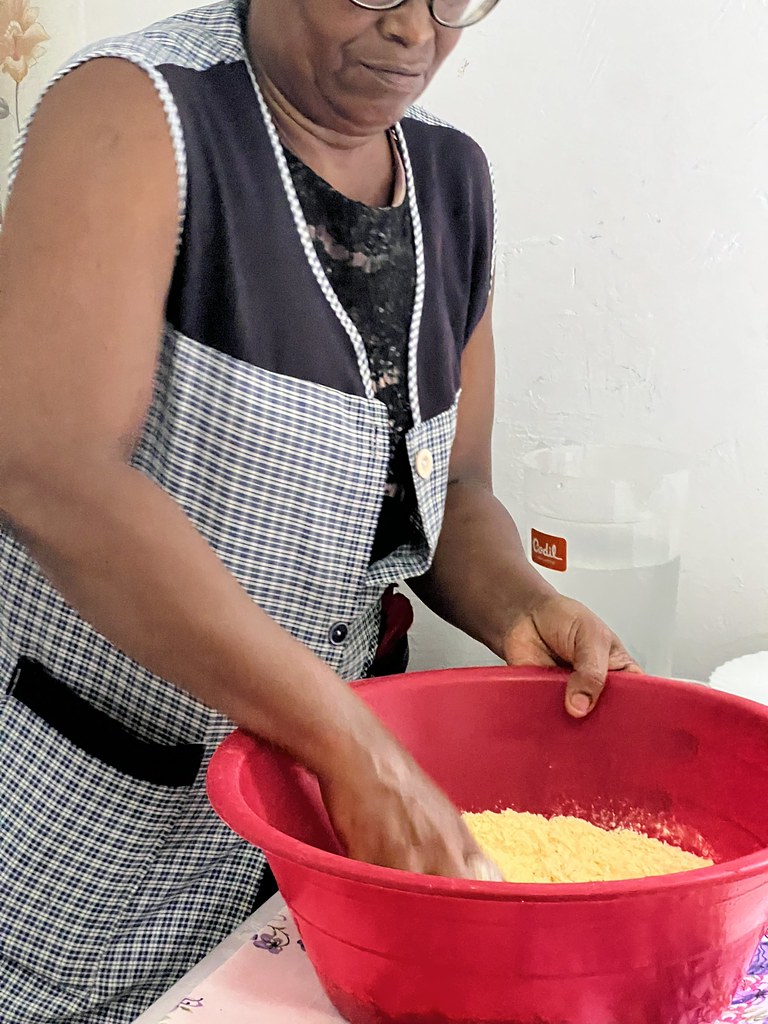 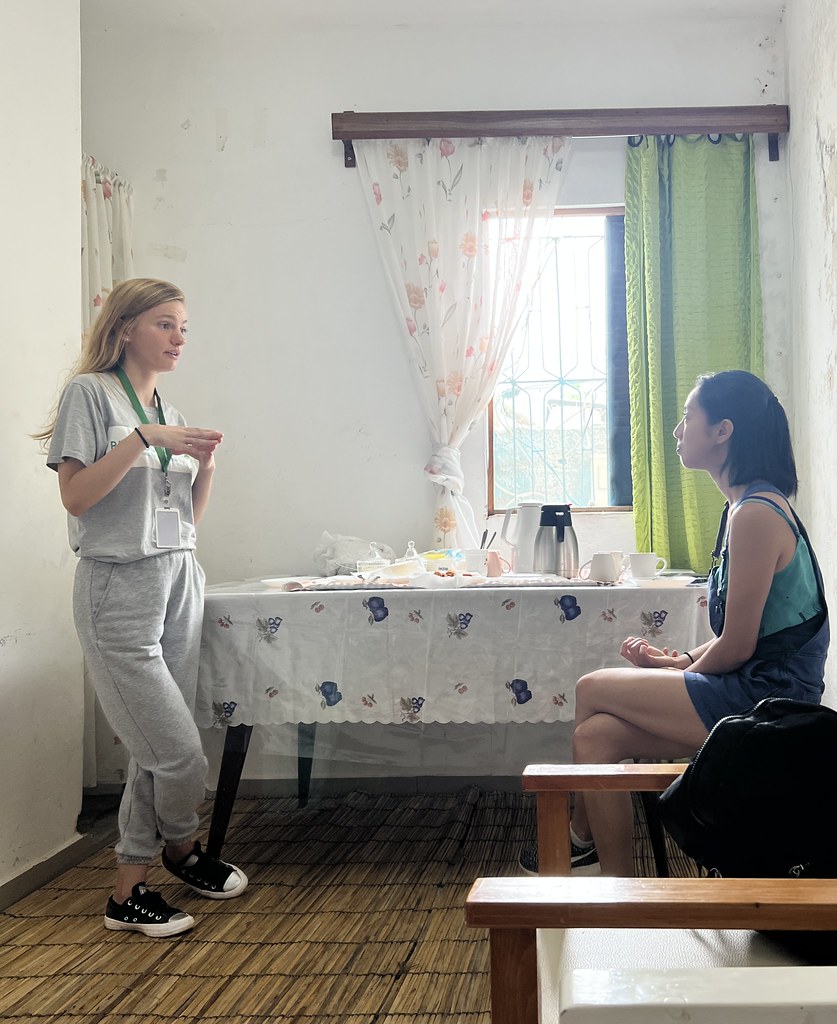 Just take some cornmeal and flour, add a dash of water, put your arm into some mixing and kneading, add some sugar, and then steam for 10-15 minutes in a clay pot et voila!

Add on last minute butter before consuming and you’ll have the Cape Verdean version of cuzcuz that has the consistency of a perfectly balanced salty-sweet cake: 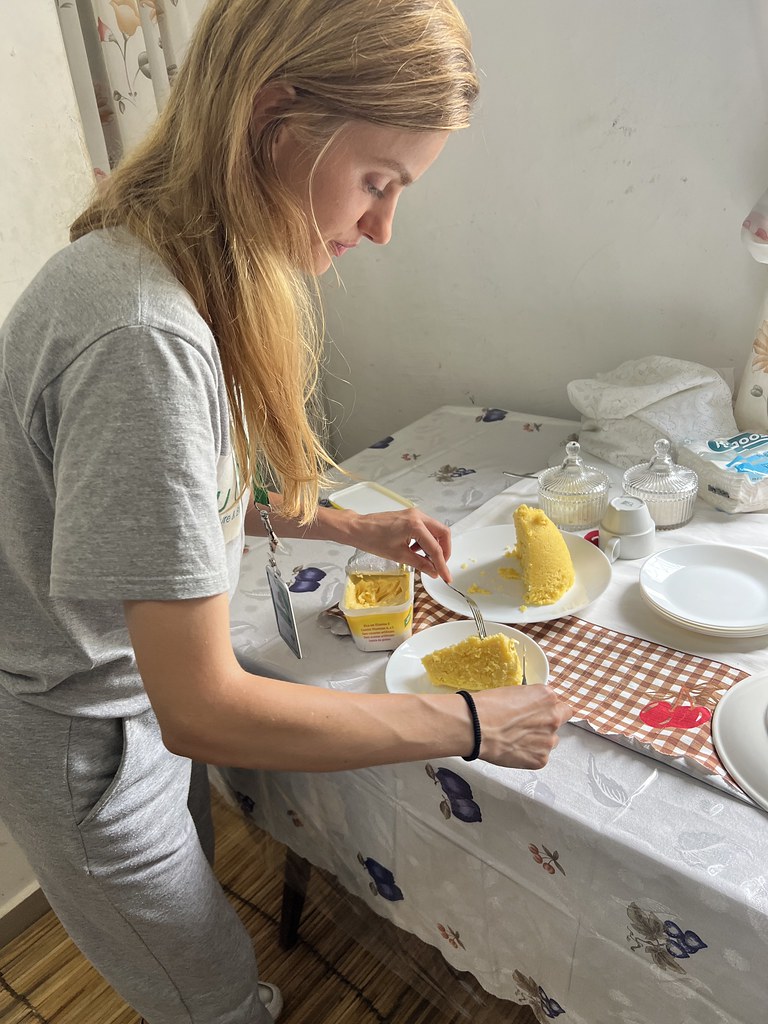 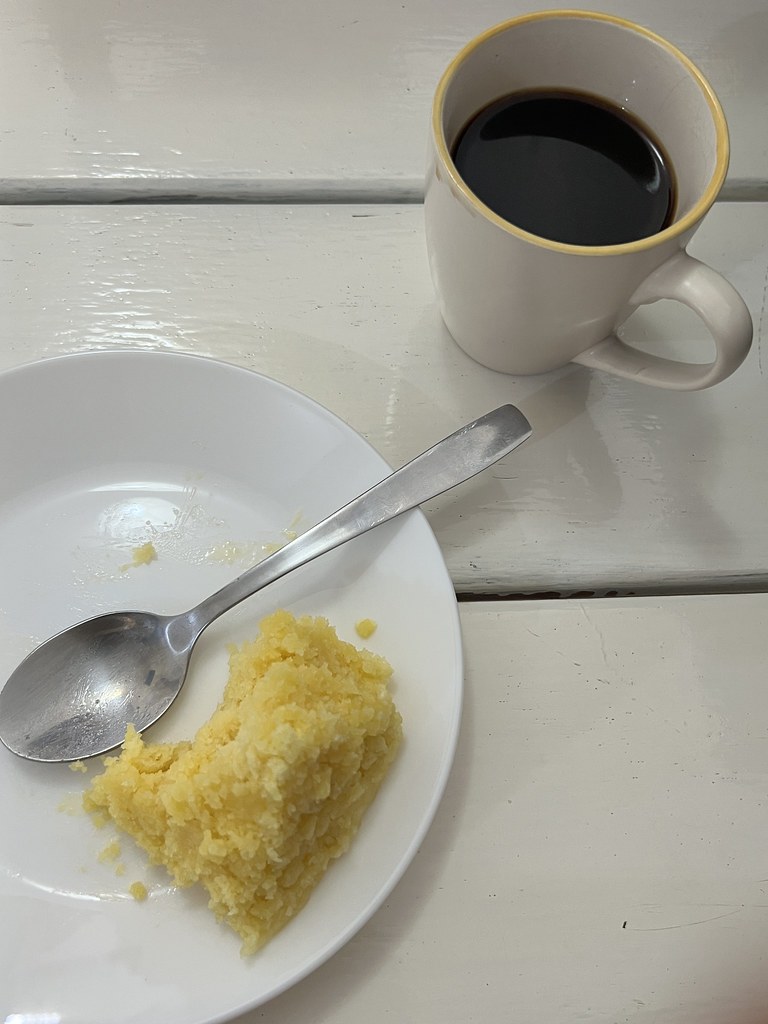 Once done with your meal, enjoy the views of the peaks you can see from Órgãos: 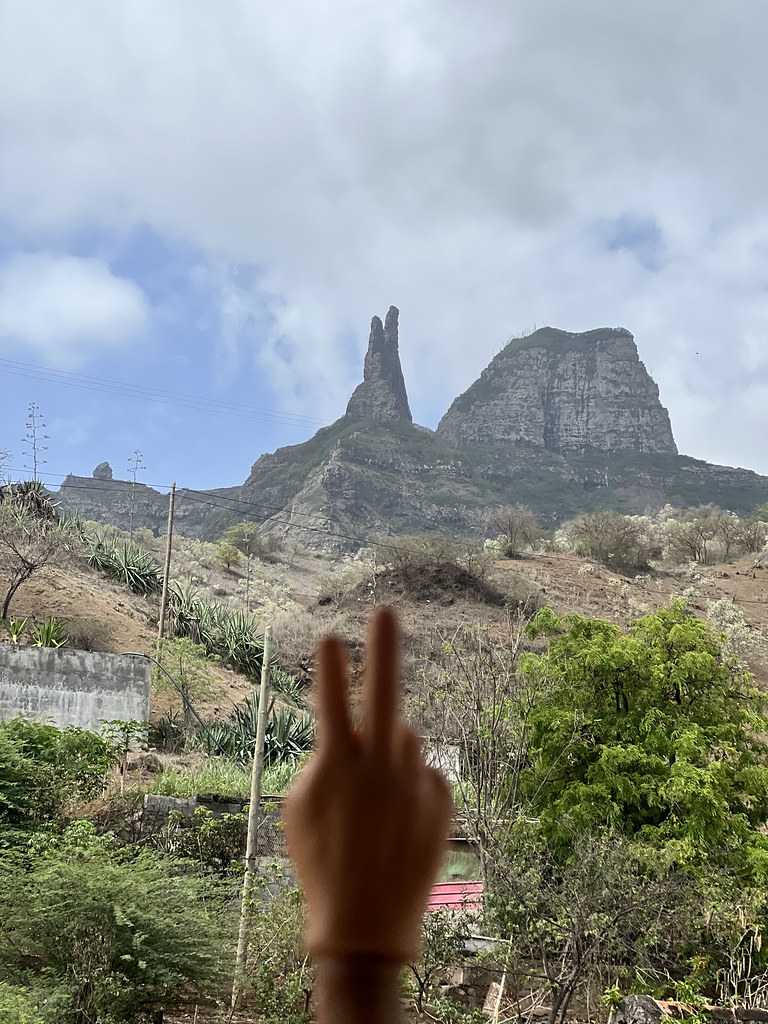 Next up we drove to the center to the city of Assomada, known mostly for its famous market open on Wednesdays and Saturdays. 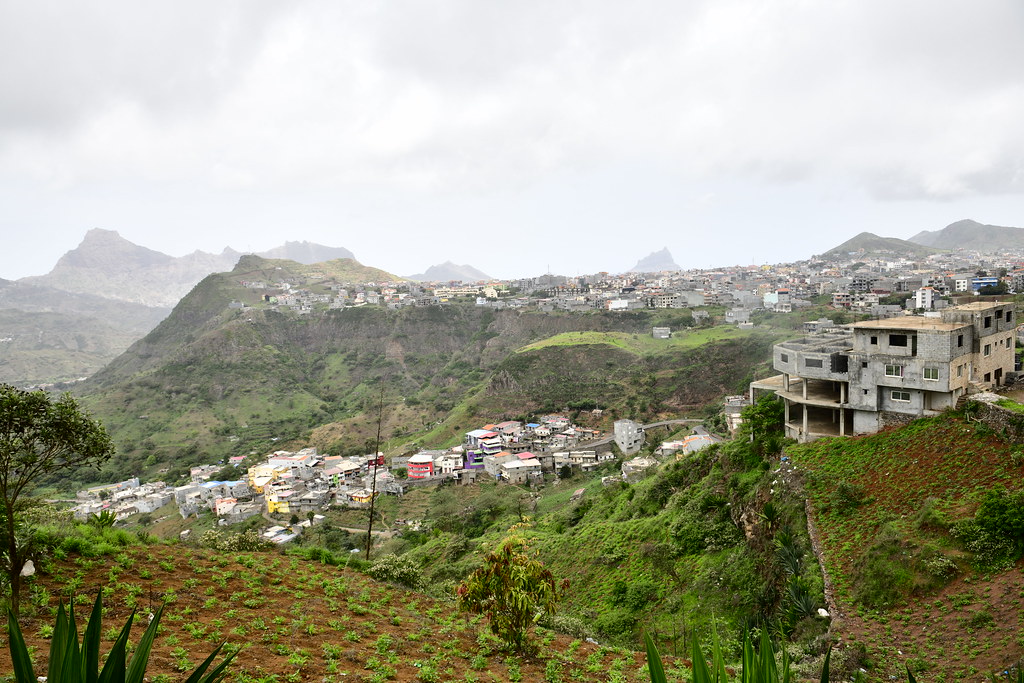 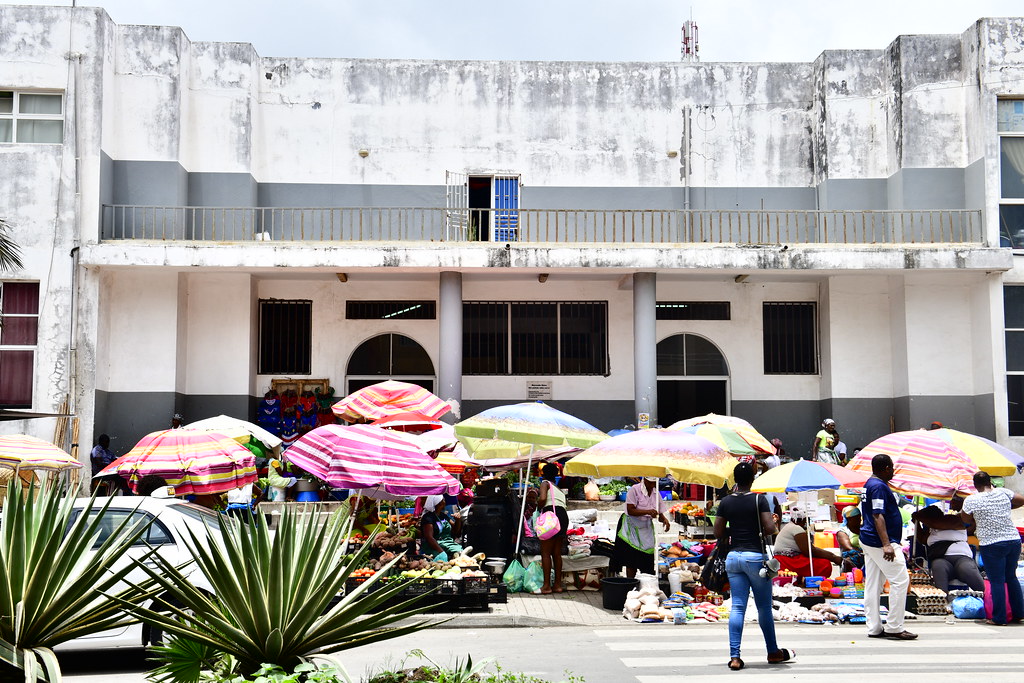 Lucky us today was a Wednesday! So we got to mingle with locals and admire the vibrant colors of the market’s local fruits and vegetables.. 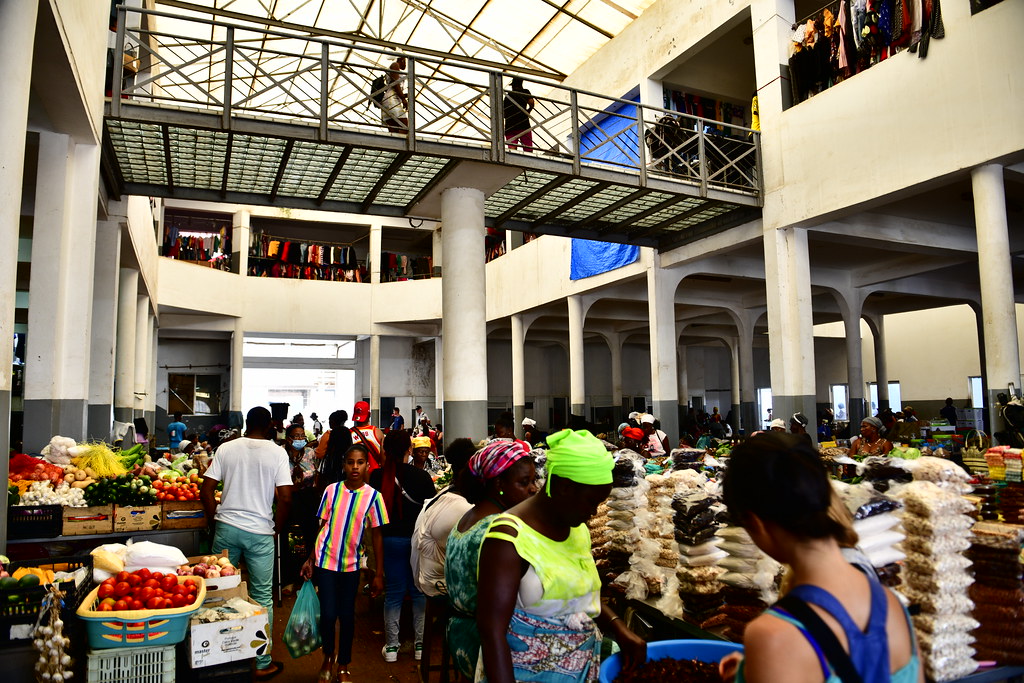 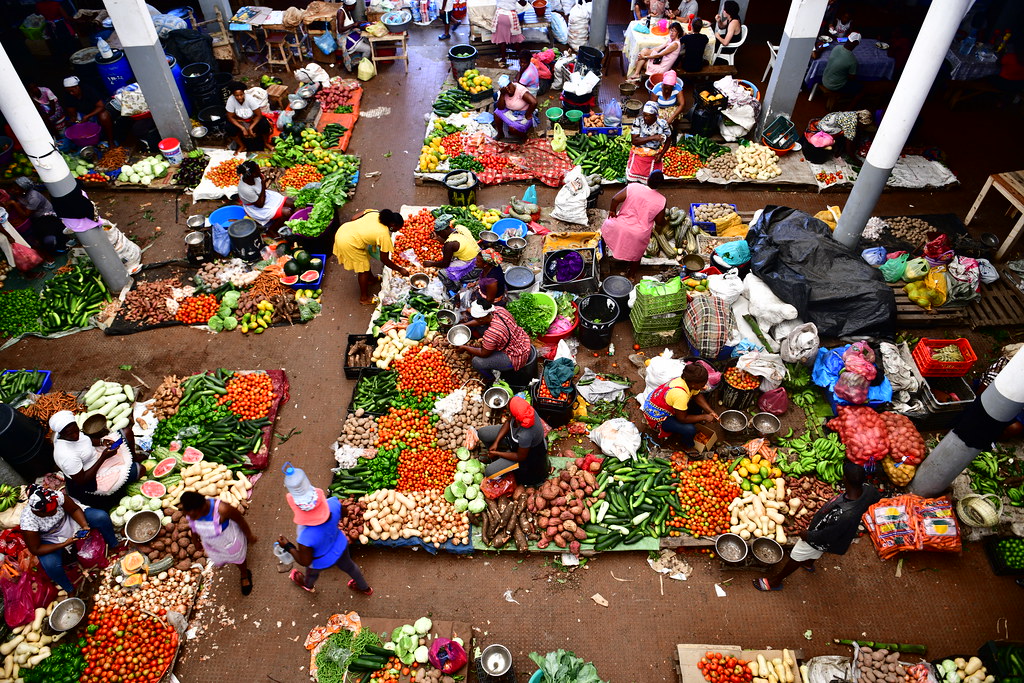 After 20 minutes at the market, we then drove up and around Serra Malagueta mountain range where we marveled at Santiago’s unique rock formations and views from 1000 meters (3,280 feet) above sea level. 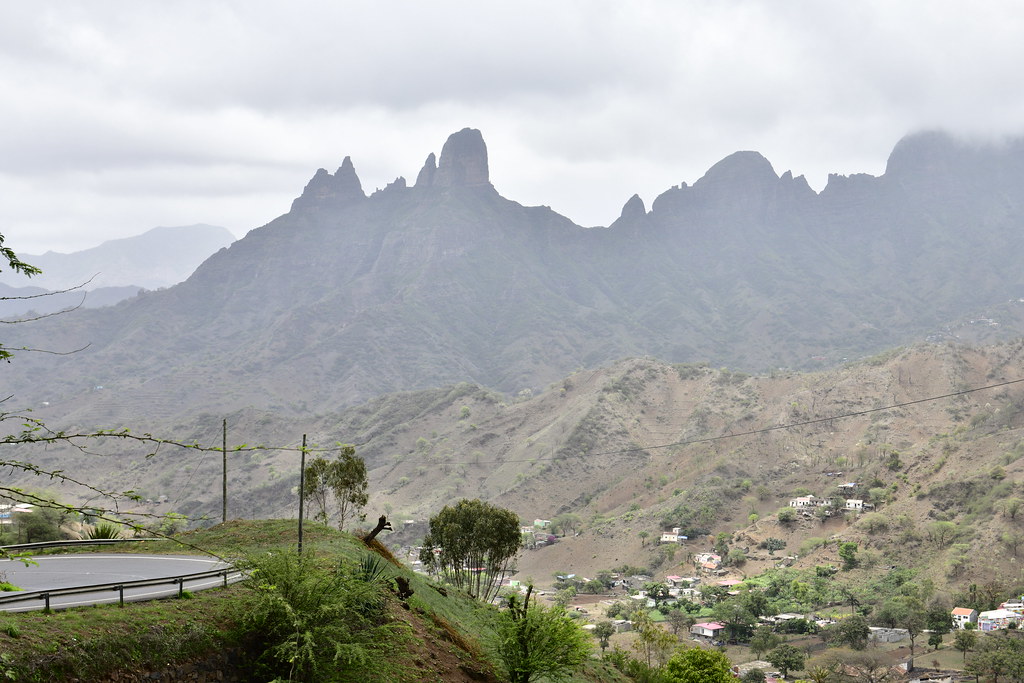 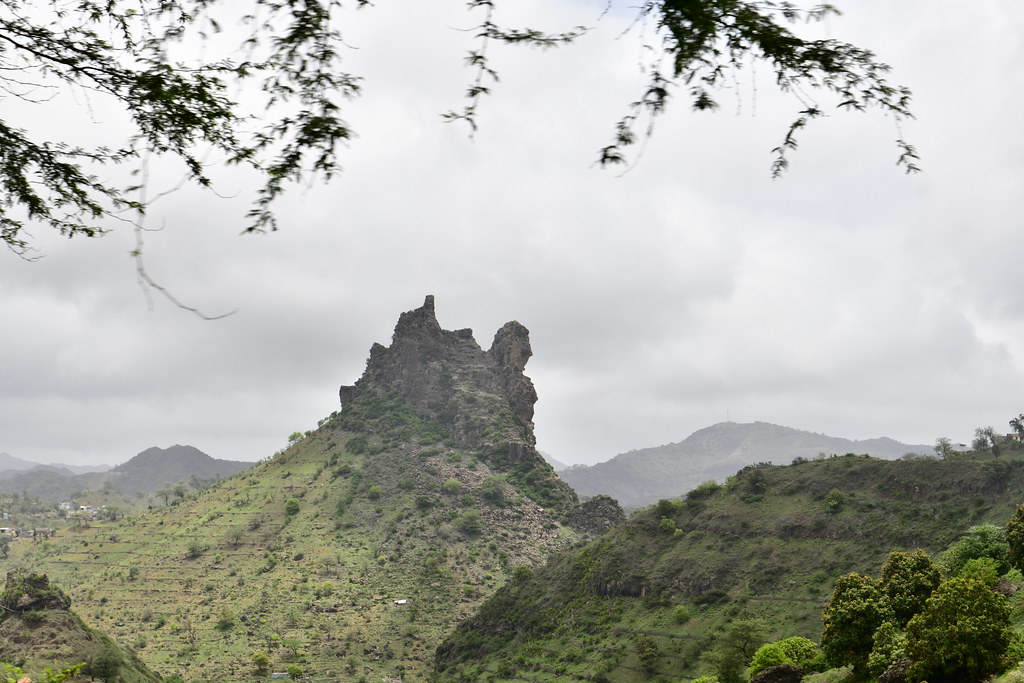 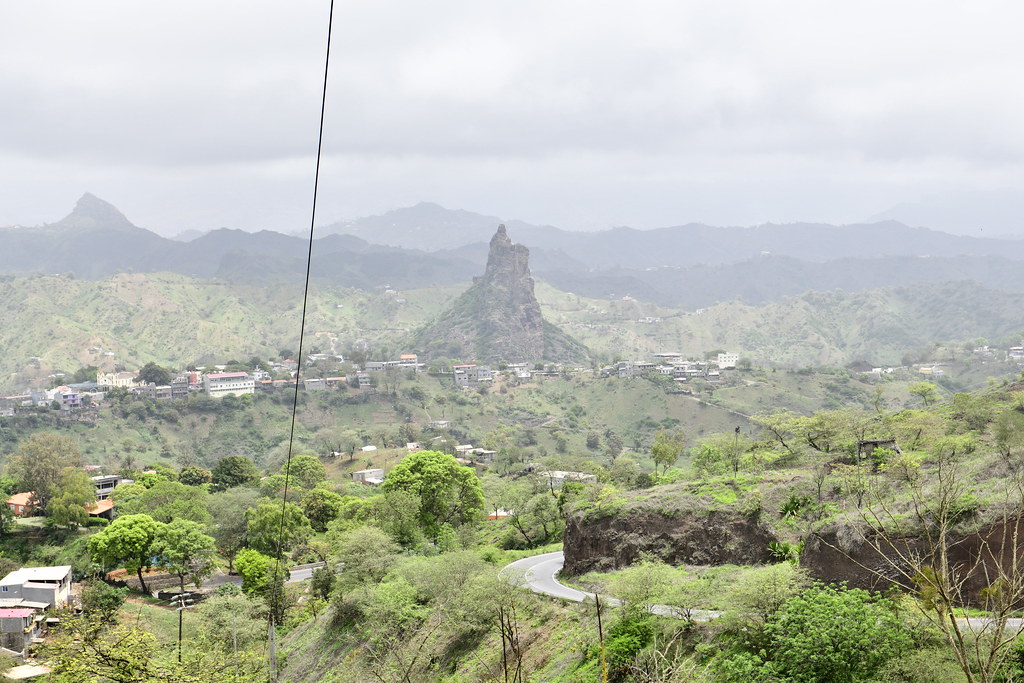 One was an odd hill looking like it was about to cave in after years of amateur excavation by the locals. 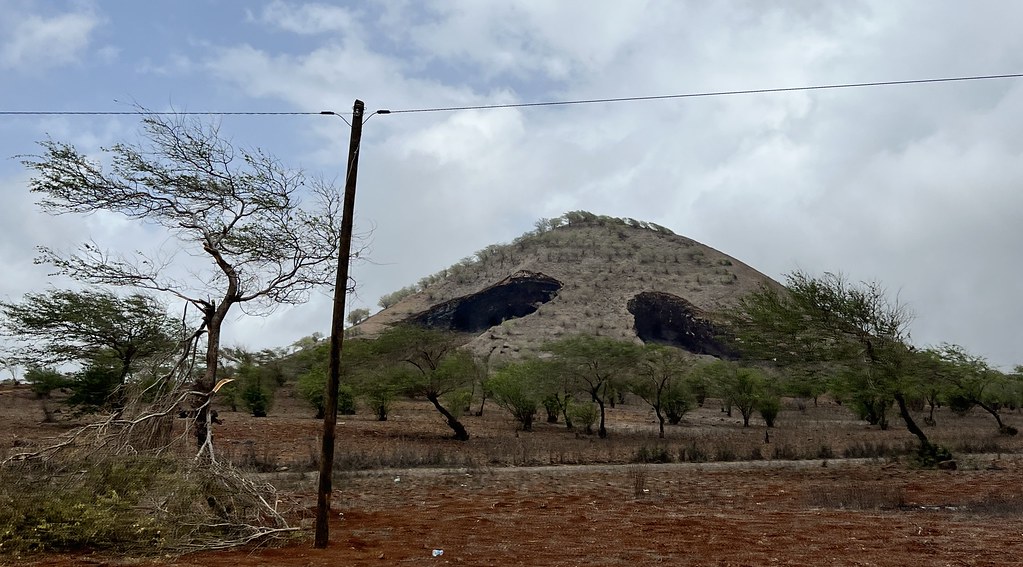 By 1pm we stopped for a sobering hour’s visit at the Tarrafal Concentration Camp (200 CVE for entry), aka the “Camp of Slow Death.” 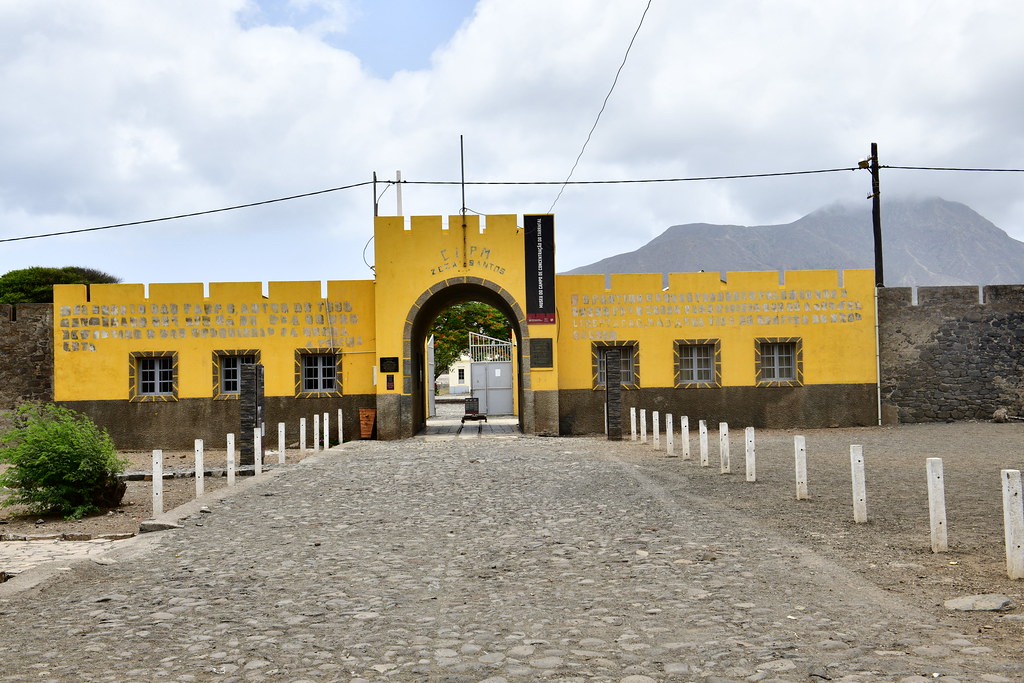 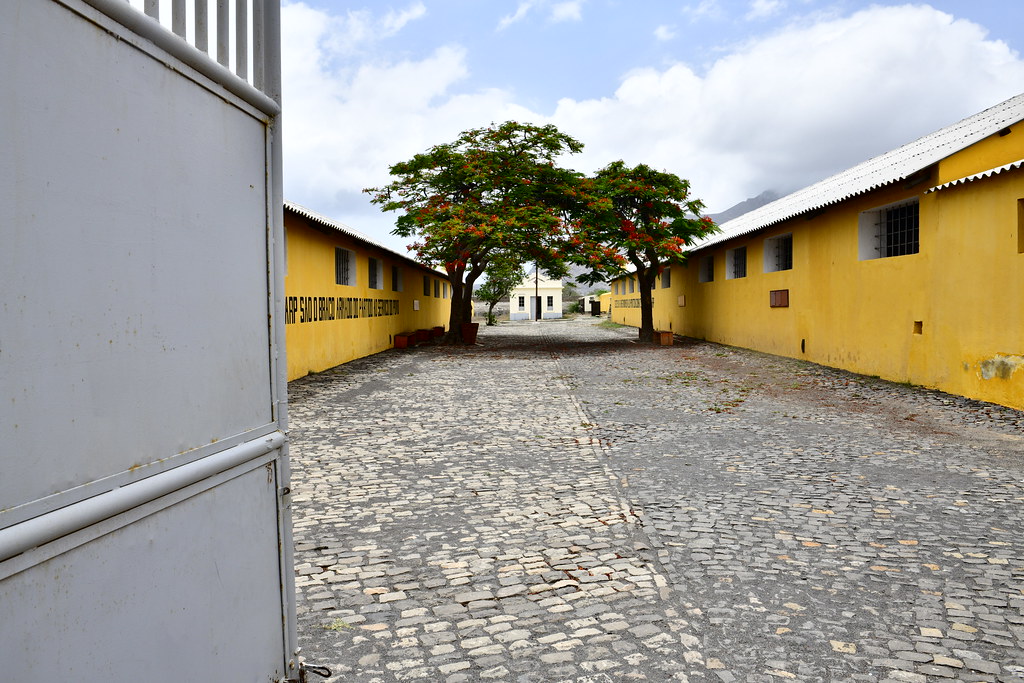 Located in the village of Chão Bom, this “death camp” was established in 1936 during a reorganization process of the Portuguese Estado Novo prison system to incarcerate political and social prisoners from Cape Verde, Portugal, Guinea, and Angola. 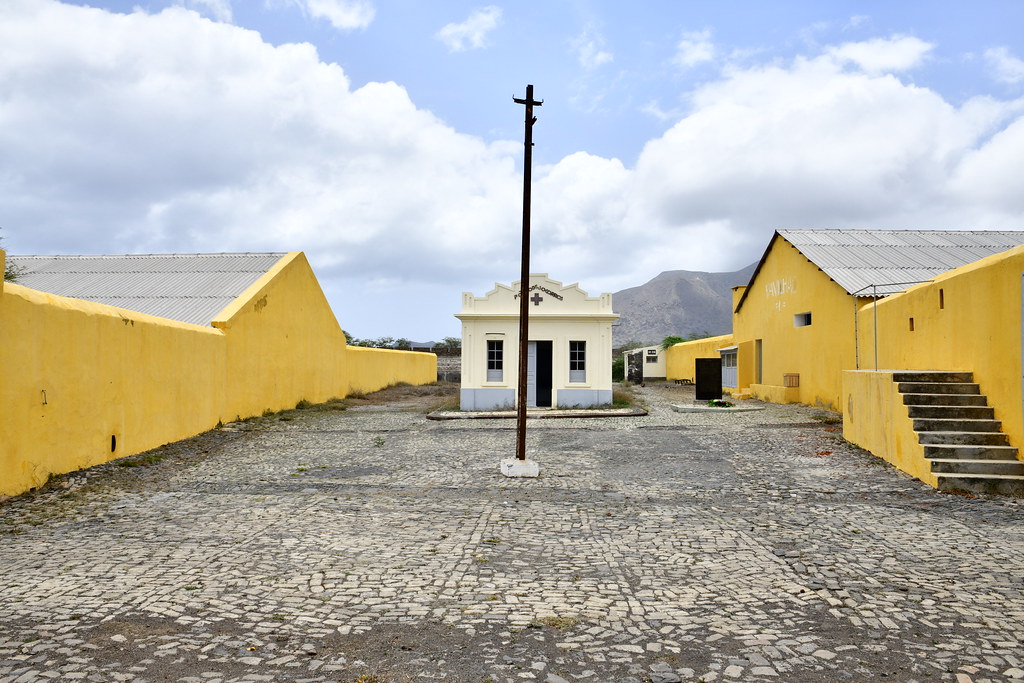 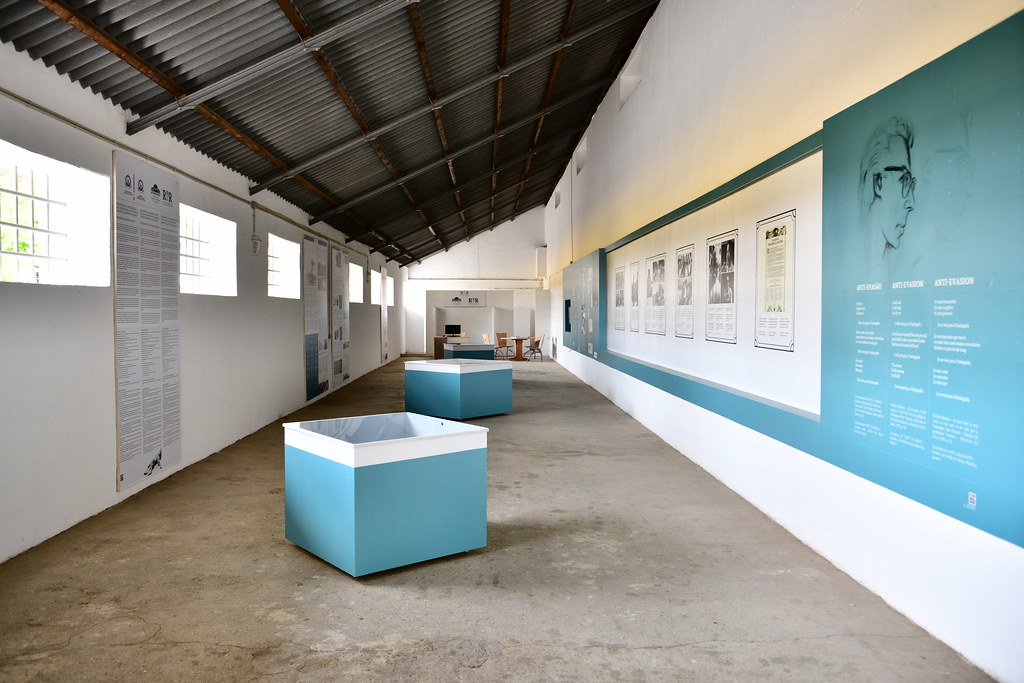 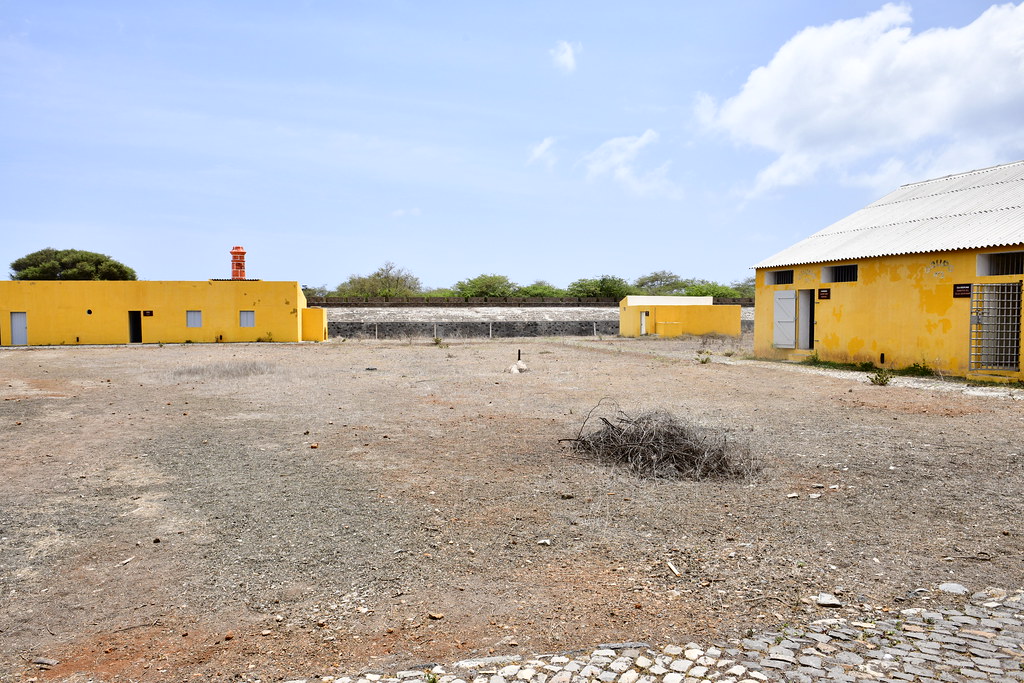 The concentration camp was mostly notorious for its “Frigideira”, aka the “Frying Pan,” or rather the “elimination chamber” or “torture chamber,” where prisoners were tortured by being deprived of food and light in temperatures that hovered between 50º and 60º degrees (122-140ºF). 30 prisoners died in this room.

This jail is called the “frying pan”. Both light and air enter through three holes drilled in the heavy iron door and through a small rectangle, open near the ceiling.

During the day, the hot sun of the tropics heats the doors and walls of this small tomb. The air heats up inside. The heat becomes unbearable. The prisoners undress, but the heat doesn’t stop torturing them. Sweat drips from their tired bodies. If they are many, drops of water condense on the ceiling, and when they fall, far from being a relief, they are torture. (…)

At night, the mosquitoes come. From the bite of the mosquito comes fever, from fever comes death by bilious and pernicious. A small rectangular block made of concrete, six meters long by three meters wide and three meters high, divided in two to obtain two cells. The only door it had was shaped like a ship door with a dimension of 1.70 X 0.60 meters, with two orders of half-inch holes and a dividing gap of 50 centimeters long above the door. This space was strategically built away from any shady spots.

The temperature ranged from 50 to 60 degrees such that the inmates’ perspiration came off their bodies like bacon fat on a hot grill.

It was then replaced with a taller version that was then renamed “Holandinha” or “Little Holland.” 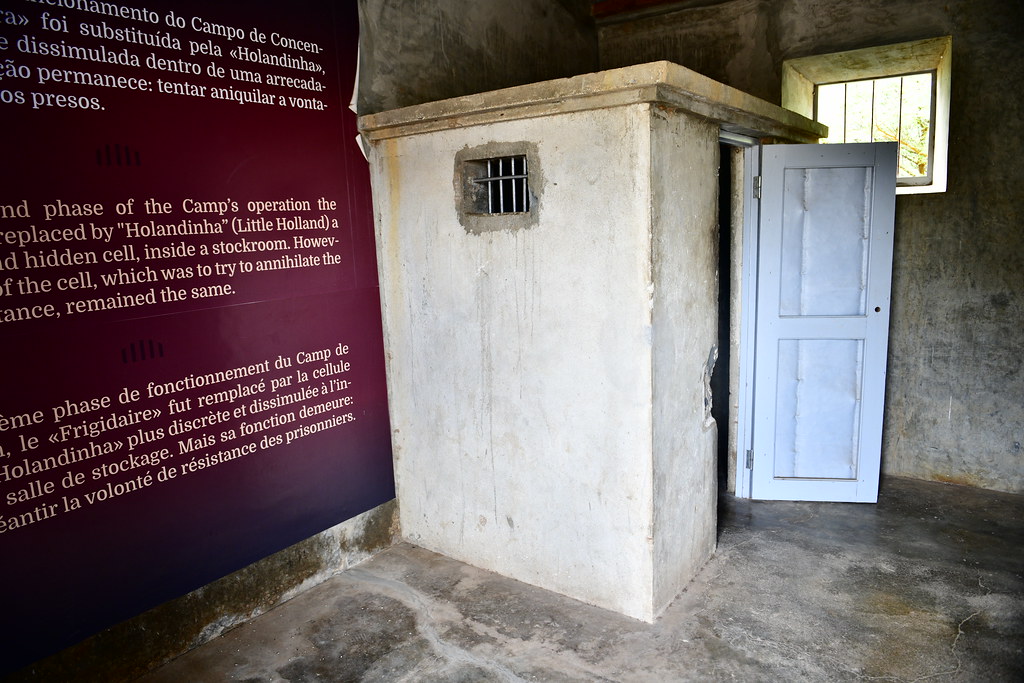 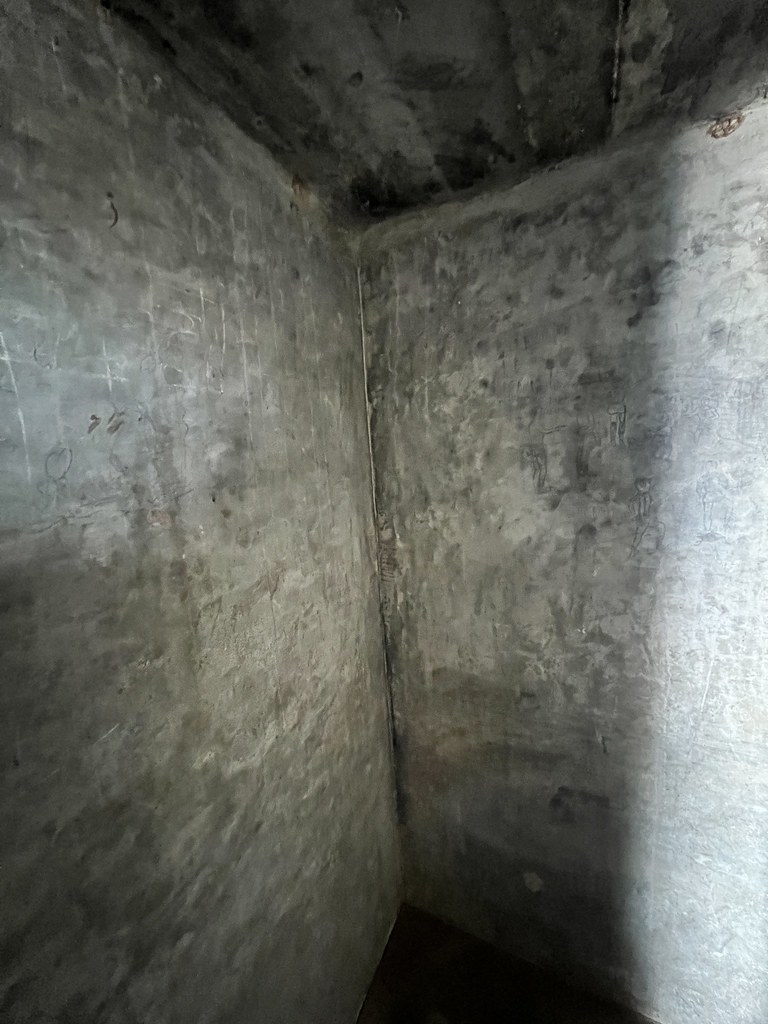 By 2pm we reached arguably Santiago’s most beautiful beach, Tarrafal, surrounded by white sand, hills, palm trees… and a few bulldozers working on a construction site. 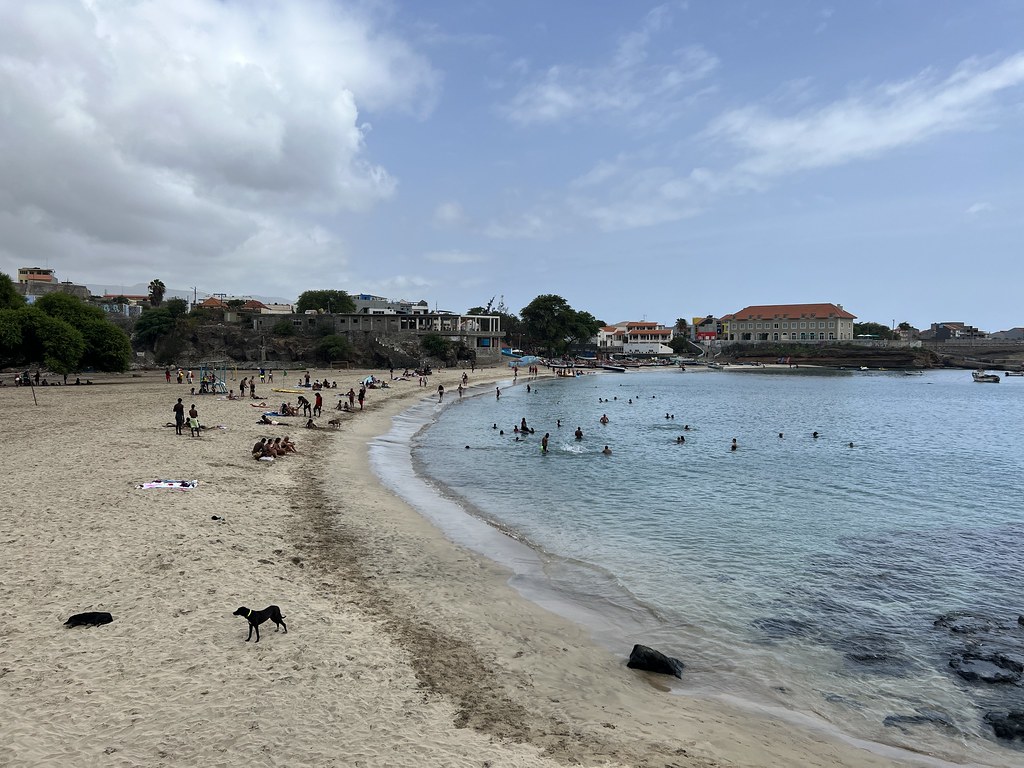 Having forgotten towels, we opted instead for lunch at the Bullet Beach Restaurant and Bar overlooking the beach.

After lunch and at 3:30pm we began our drive south back along the east coast of Santiago. 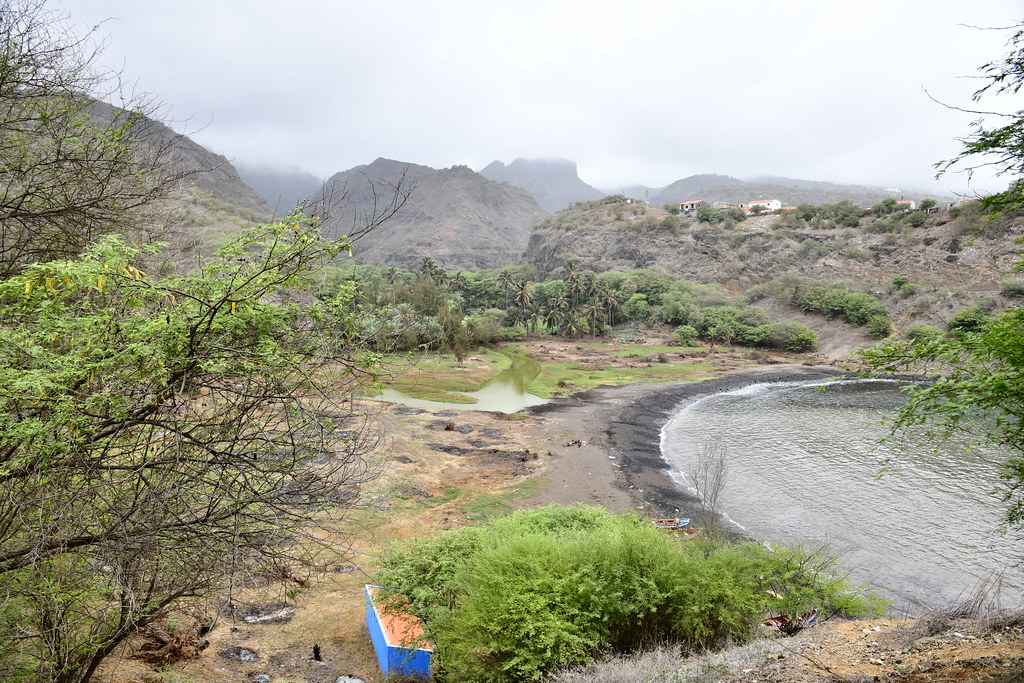 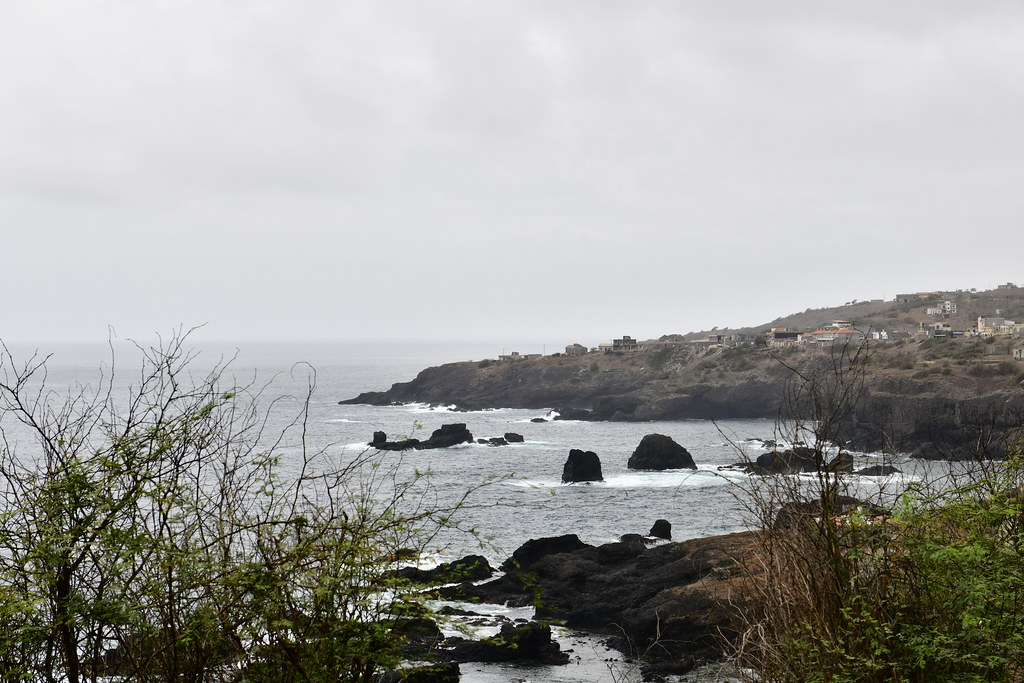 Along the drive we stopped over to pay a visit to the community at Rabelados, descendents of the longest living community of Cape Verdean natives who still live in thatched houses and preserve Cape Verde’s oldest customs. 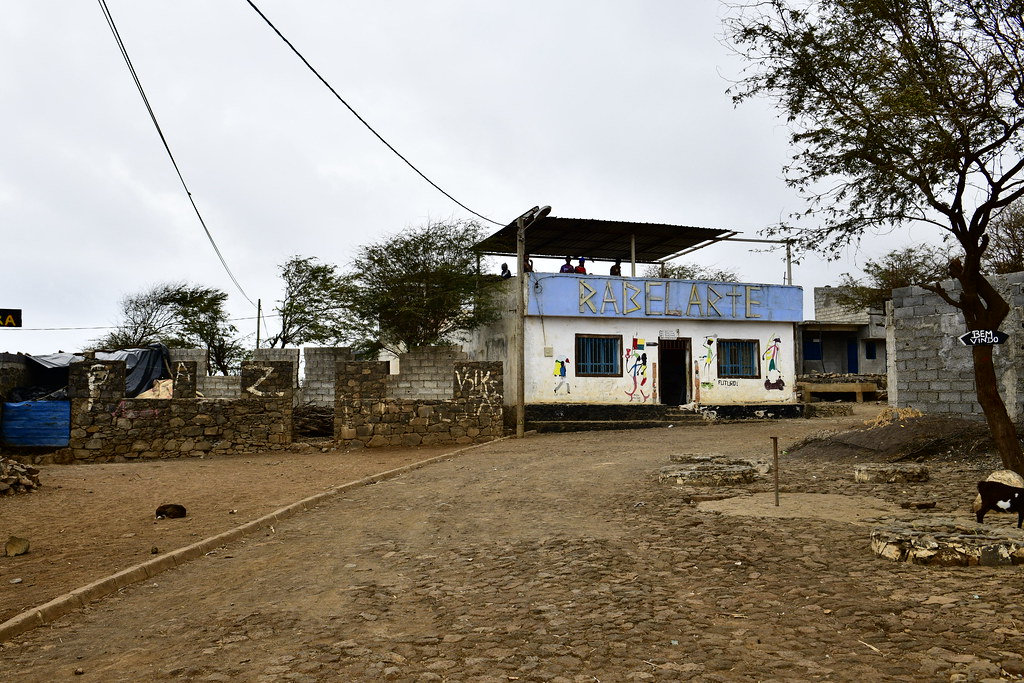 They just only recently installed electricity in their village last year thanks to donations received during the pandemic from 2020-2021. Who knows how much time villages like these have left before their communities vanish entirely into the bigger cities. 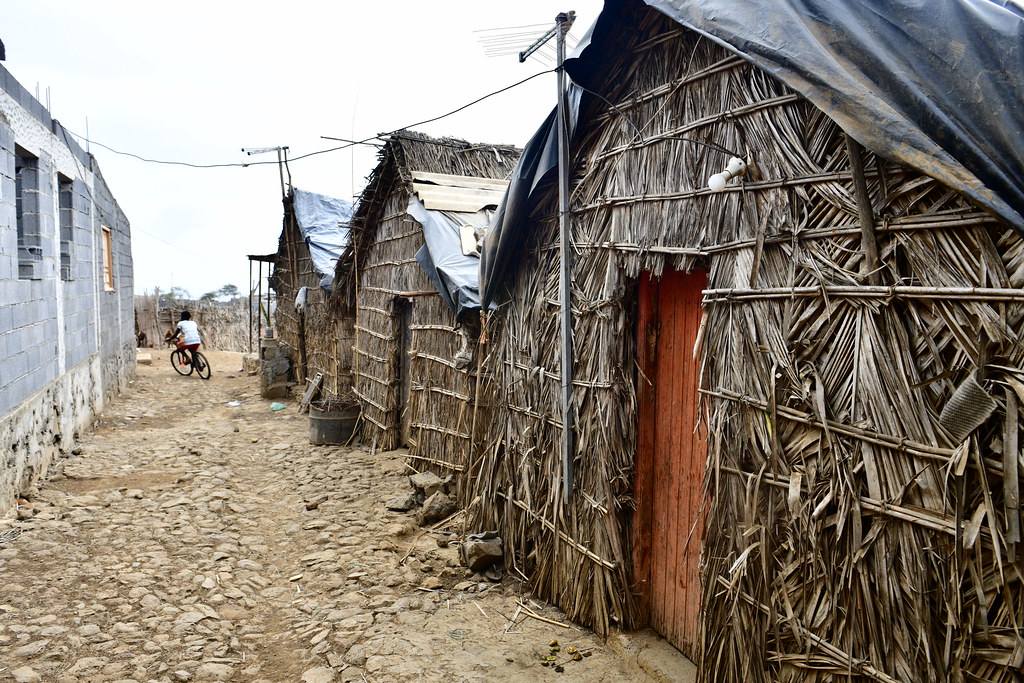 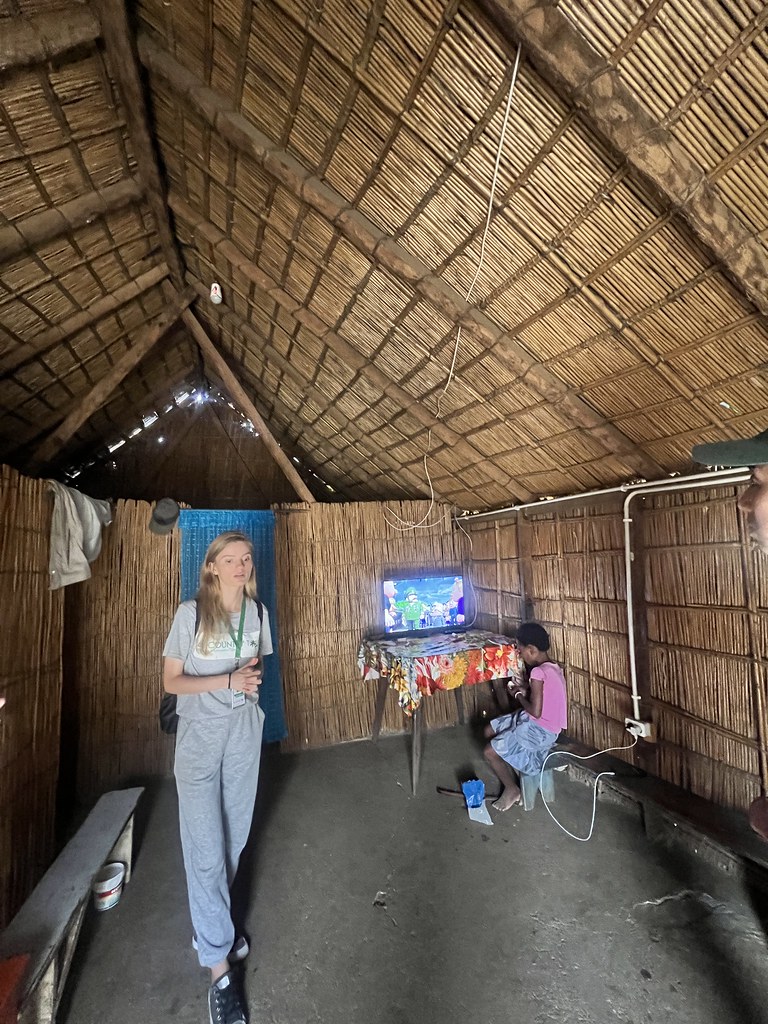 After a half an hour walking around the village, we then drove onwards through Pedra Badejo where one can nab some fresh coconut water from the largest plantation in the country.

By 6pm we returned back to Praia where we then said our goodbyes to Rita, who turned out to be a great and unexpected travel companion during our stay in Cape Verde. We’re going to miss you!