The next morning we woke up for breakfast and coffee … along with a sea lion who hitched a ride on our boat with friends last night and had kept some of us up! 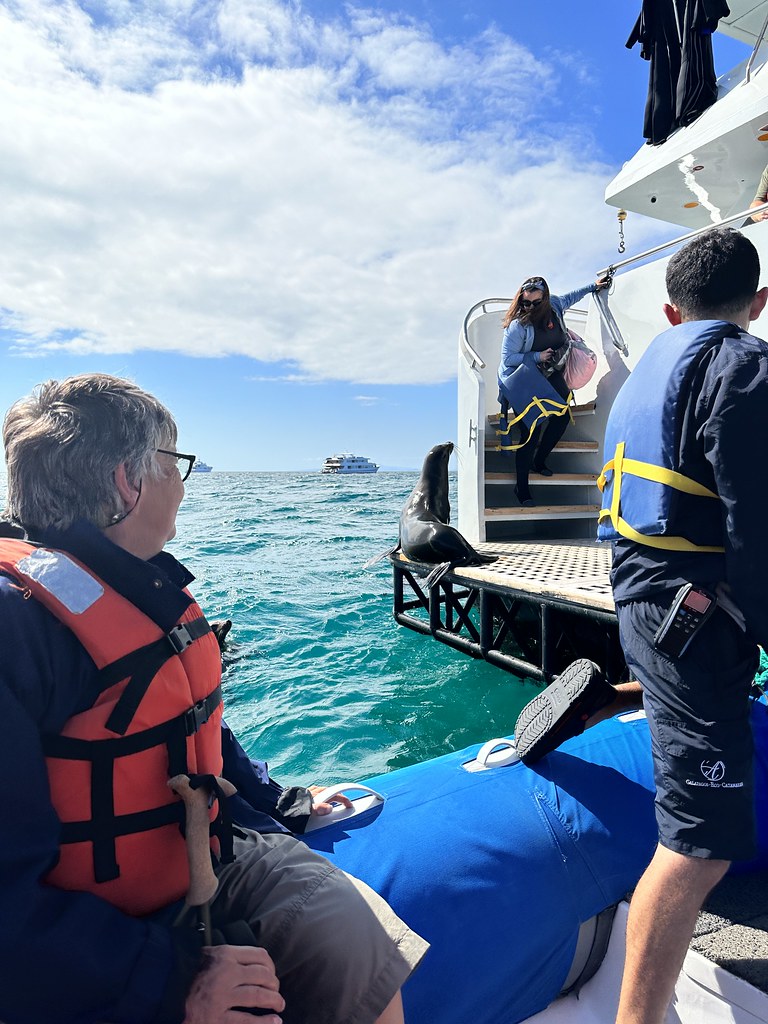 Our first stop this morning was Black Turtle cove, which we could only reach by our pangas/motorized dinghies.

This is considered a “secret” corner of the Galápagos, which can feel like your own personal hideout. At some points, like with our zodiac cruises in Greenland and Svalbard, we’d shut off the engines to surround ourselves with only the gentle sounds of nature while drifting amongst the mangroves. 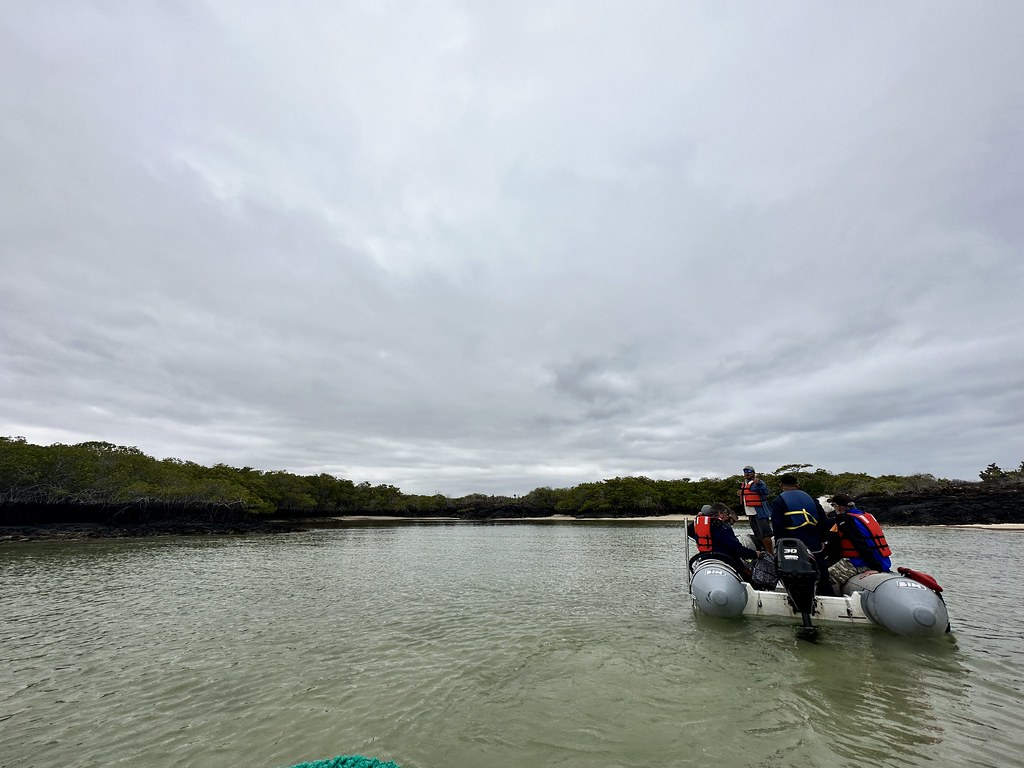 Among the bay we saw Galápagos boobies, white tipped sharks, and rays swim all around us. 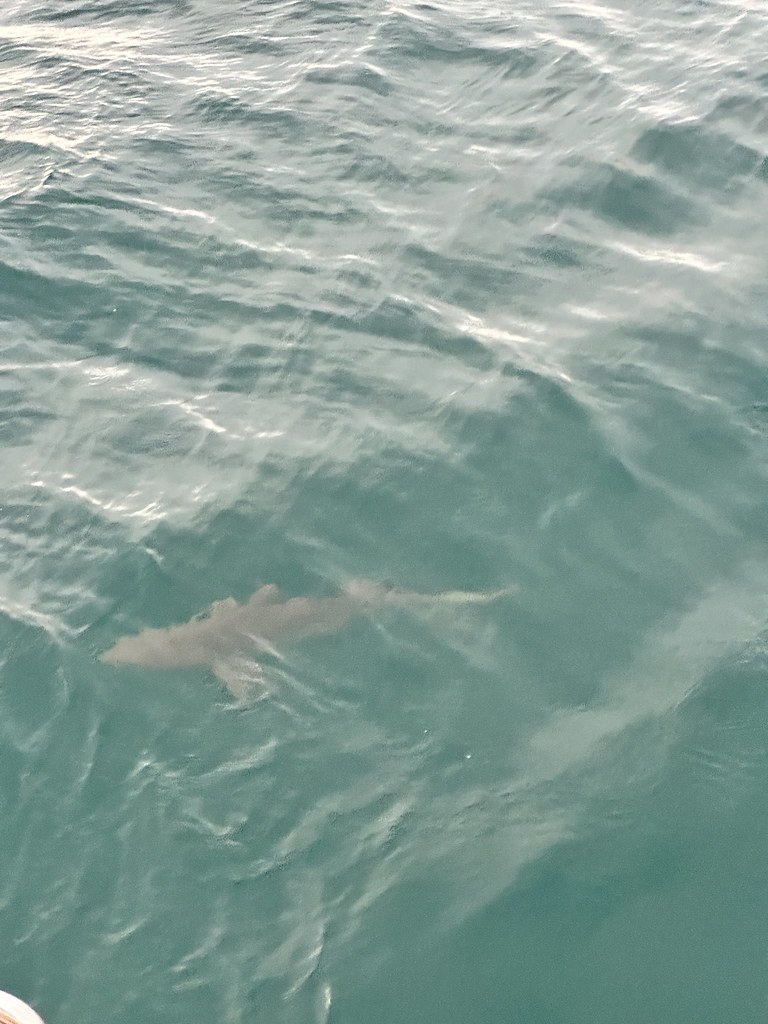 Away from barking sea lions and beach surfs, this part of the Galápagos presents a different side to the islands; we even saw a local’s pet cat roam in the area (Santa Cruz has human inhabitants) 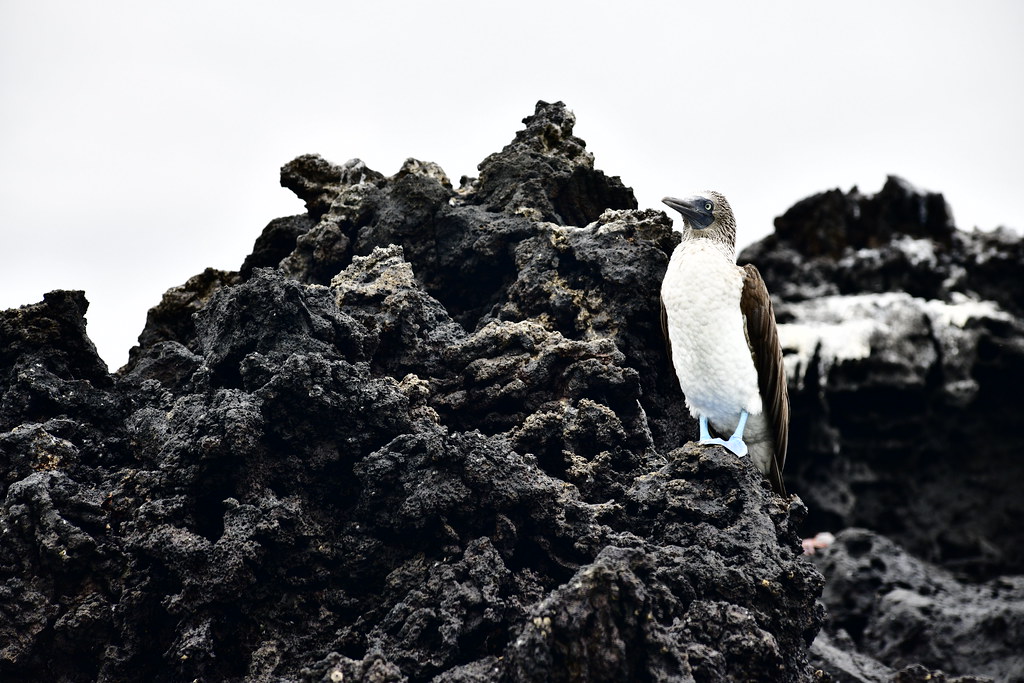 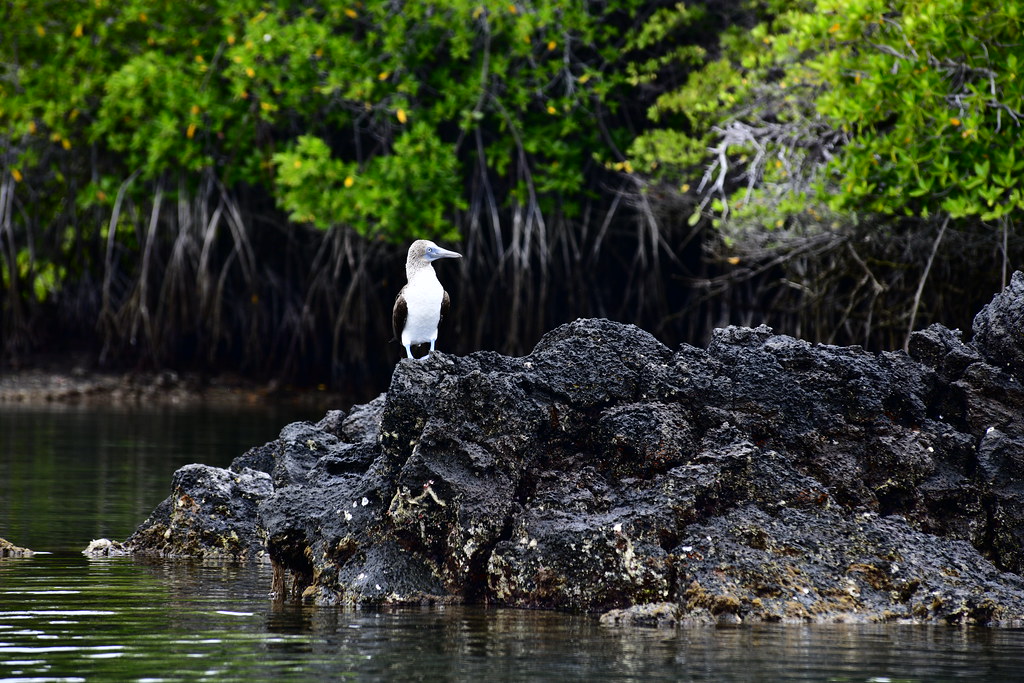 Santa Cruz is also the only island in the Galápagos that boasts every habitat type that can exist in the archipelago. This makes the journey north from the coast up into the highlands a fantastic opportunity to experience the breadth of life that exists on these islands. 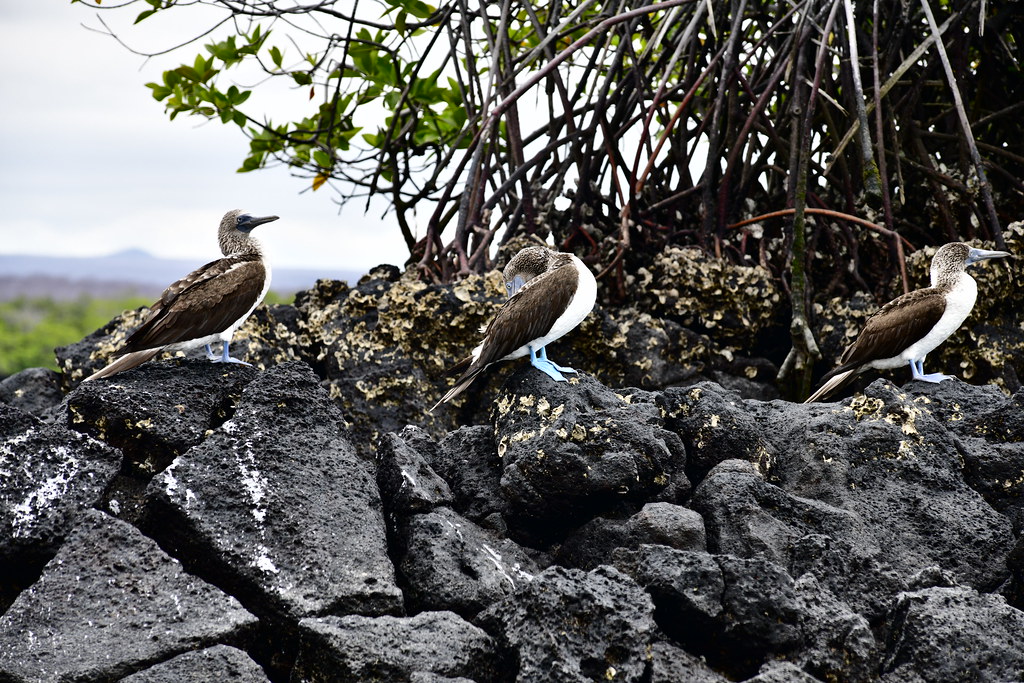 In the afternoon we boarded a bus on Puerto Ayora on the northern coast which took us on a half hour’s drive south through the agricultural zone. Open fields soon gave way to lush, green, mist-covered Scalesia forests, contrasting the atmosphere from many of the other islands at lower elevations in more arid conditions.

We stopped in the island center for a quick coffee break and to pose with old tortoise shells. 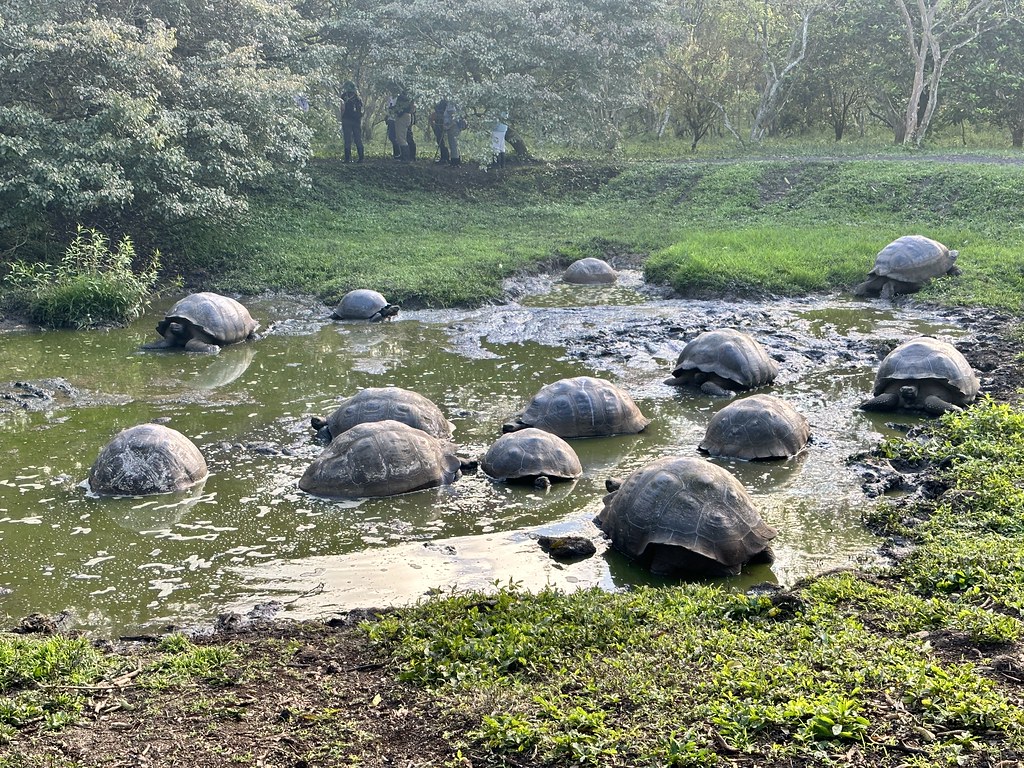 Once settled in, we took a half mile stroll around the Giant Tortoise reserve. There’s 30,000 of them left in the Galápagos, most of them nearing a hundred or over a hundred years old 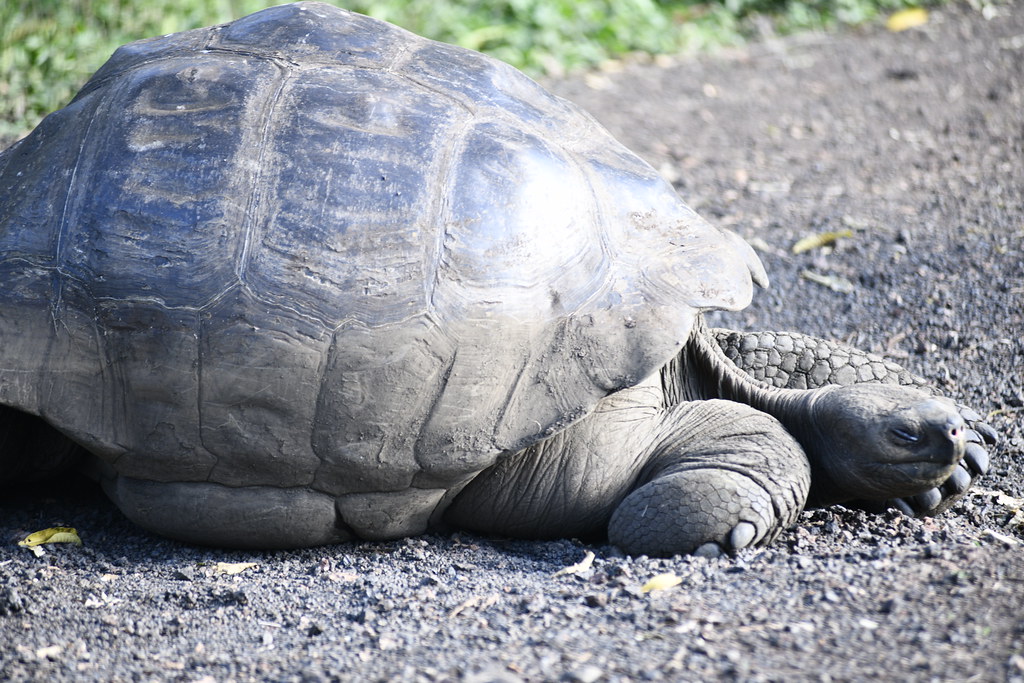 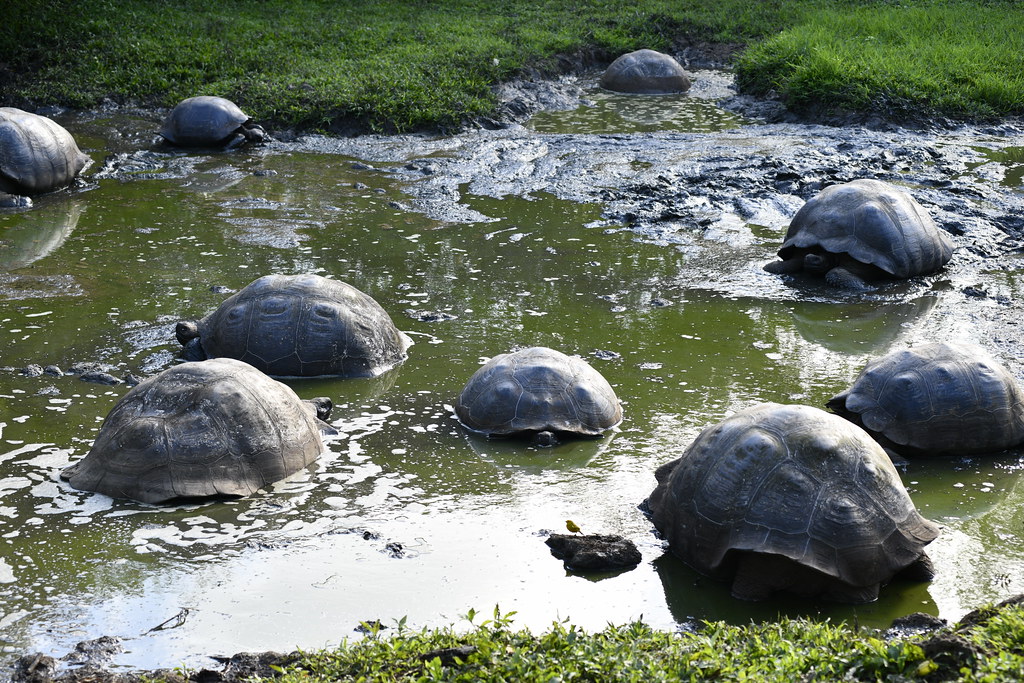 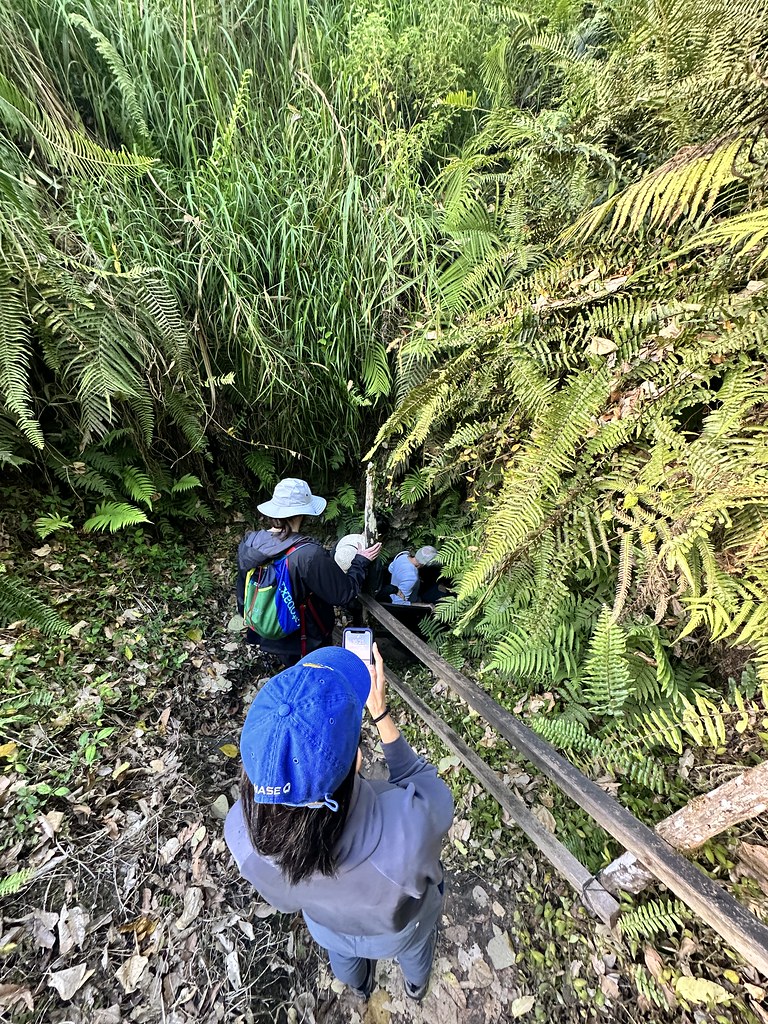 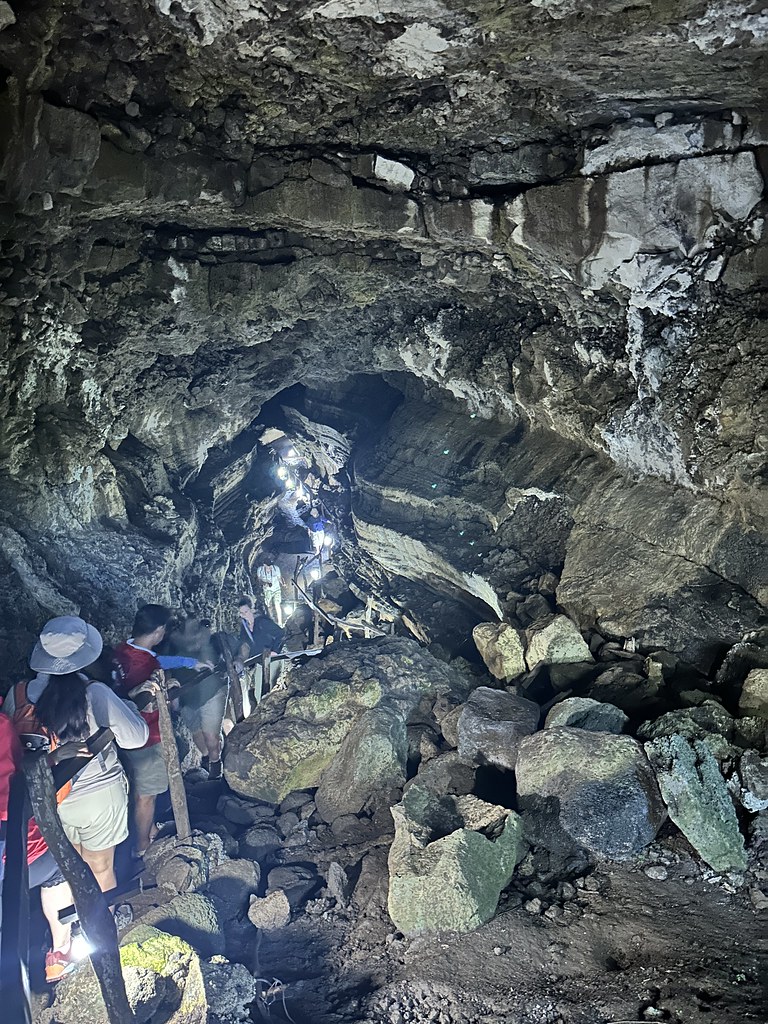 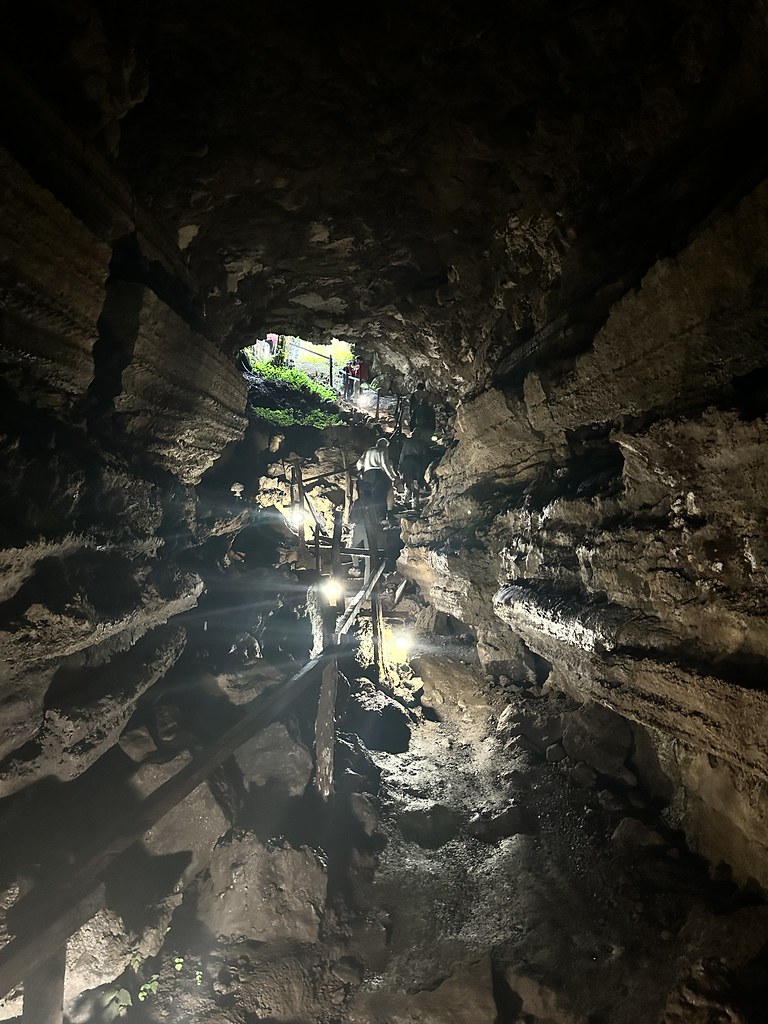 By 5pm we bused back to the north coast of Santa Cruz, to make it in time for dinner on the boat and where more animals wanted to join in on the adventure. 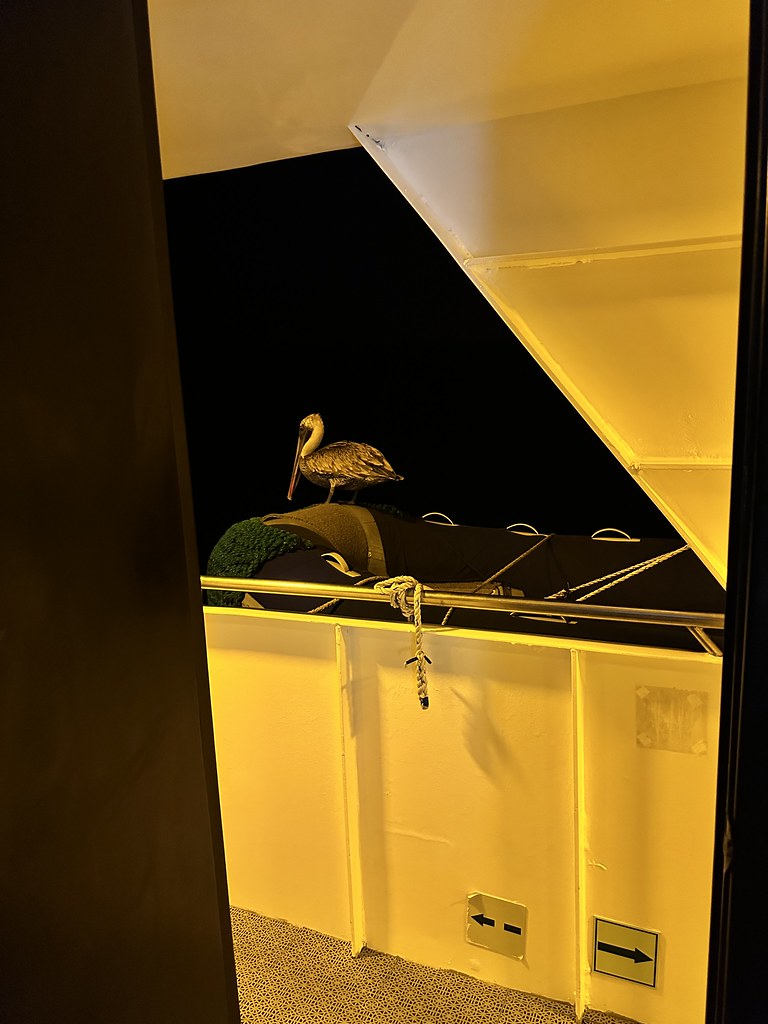 At around 9pm our captain raised the anchor and began to sail. Some of us were able to sleep through the waves (I miraculously did), while others learned how to get used to the seasickness.

It took us about 5 hours to reach Genovesa by 2am.