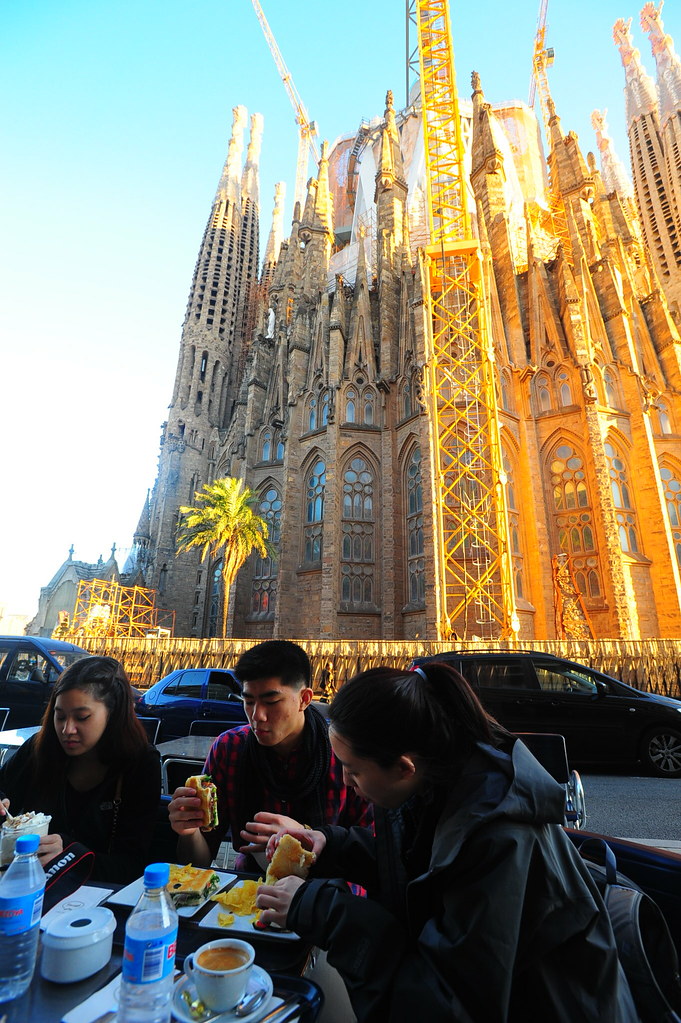 Kinda a nice for a midafternoon snack.

The Sagrada Familia of Barcelona is without a doubt the crown jewel of Iberia; the last great masterpiece of the artistic genius Antoni Gaudi. The only thing that I can compare it to is the Hagia Sophia of Istanbul, but we can’t really compare the two just yet since the Sagrada Familia still has about 10-30 years left to completion.

It’s very much a work in progress, which is staggering since it’s already vastly superior to many of the landmarks we’ve come to admire all over the world. 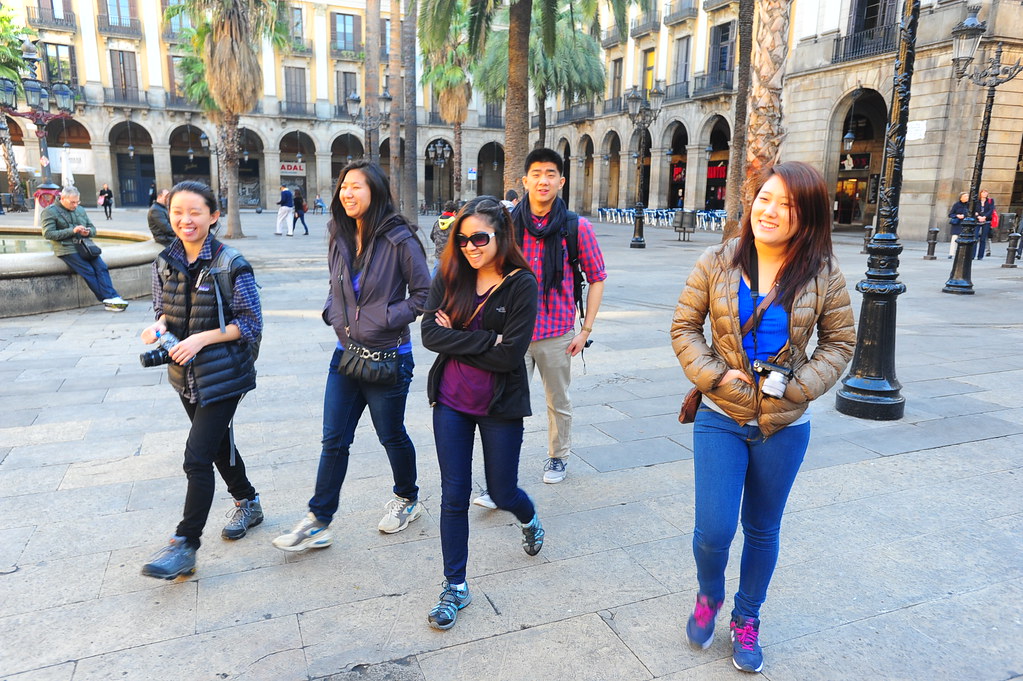 The gang (6 out of 8 so far; Jane and Yiru are meeting us in Madrid) have been doing quite well for their first day. They’ve been keeping up with my fast-paced style of traveling without issue, and some of them are even getting to be fast friends. 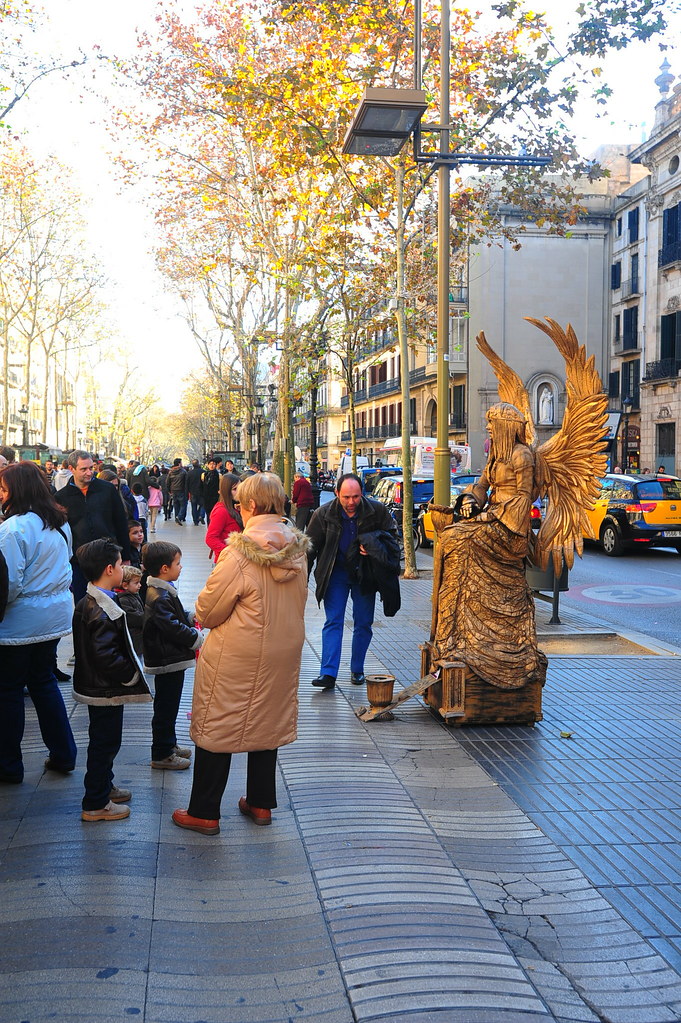 Kinda schools all the ones we see in NYC 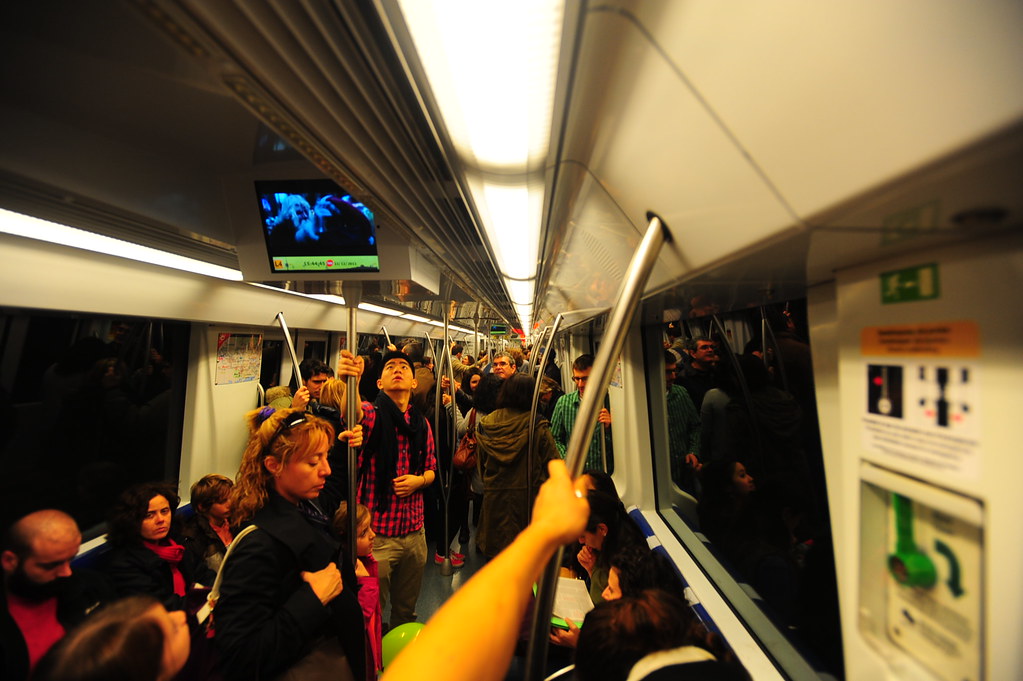 Except for getting lost once, even taking the metro was a piece of cake; it’s one of Spain’s most organized. affordable and convenient amenities. The metro was crucial for our goal of getting to the Sagrada Familia from the more central parts of the city without using a cab.

And it ended up being quicker than we expected; trains come at least every 3-4 minutes and getting tickets at each station can turn out to be pretty intuitive. 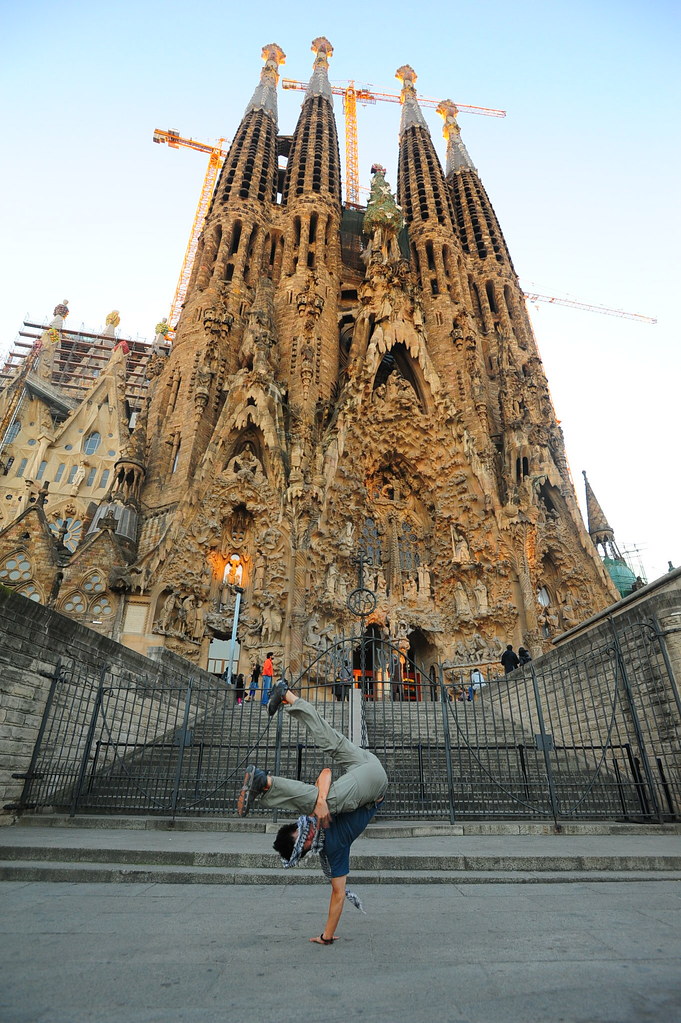 The Sagrada Familia just got served.

This is the one.

First admire for its exterior beauty…one of the many masterpieces the redefined the last part of Gaudi’s life. 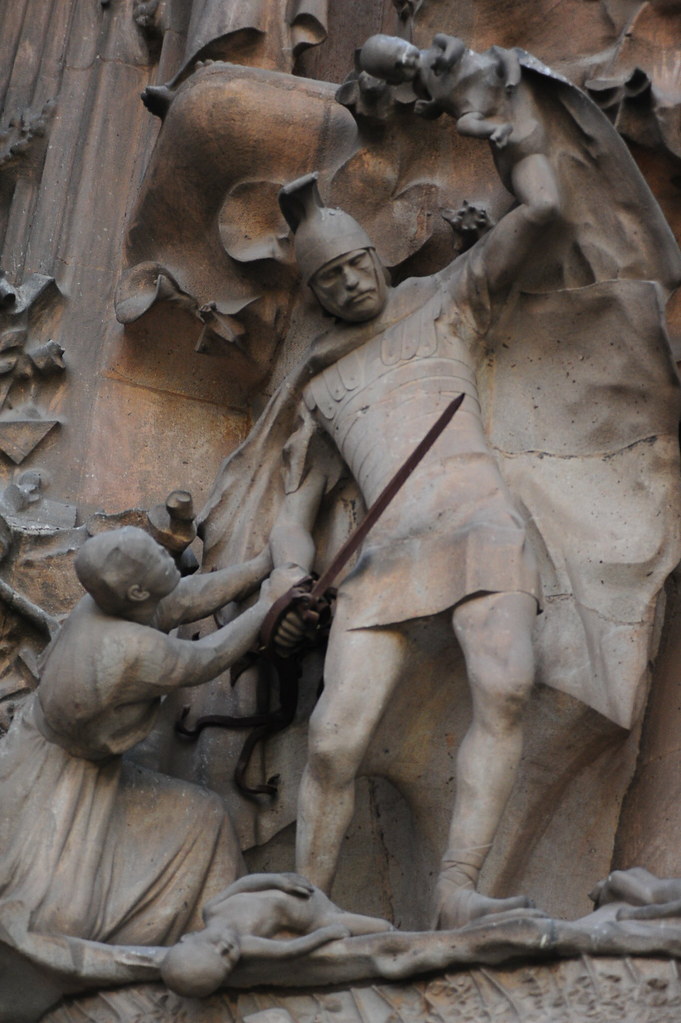 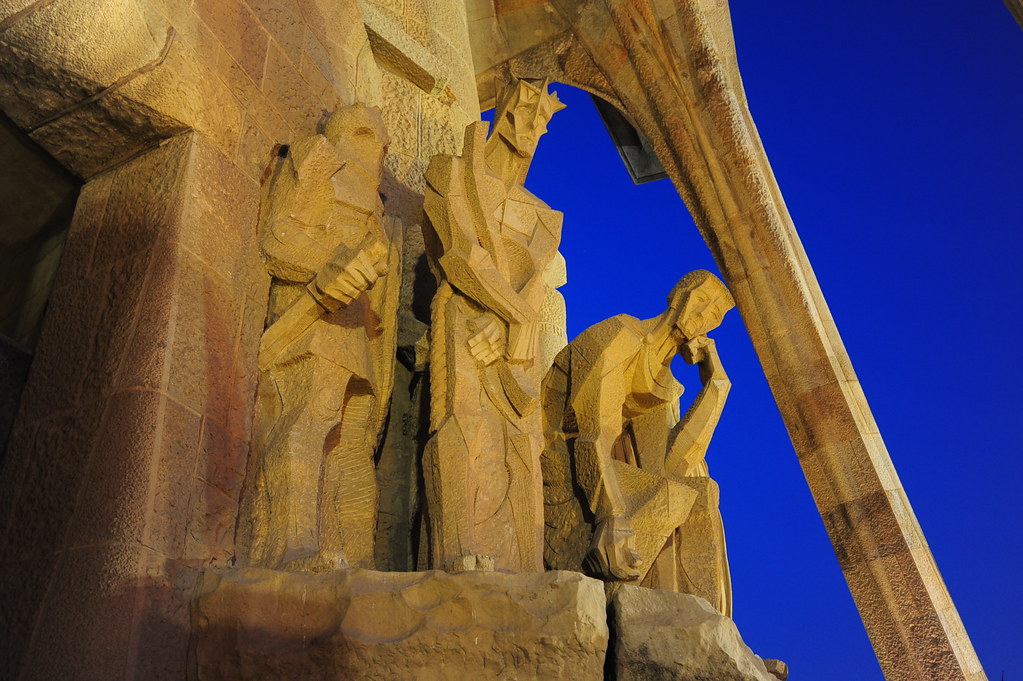 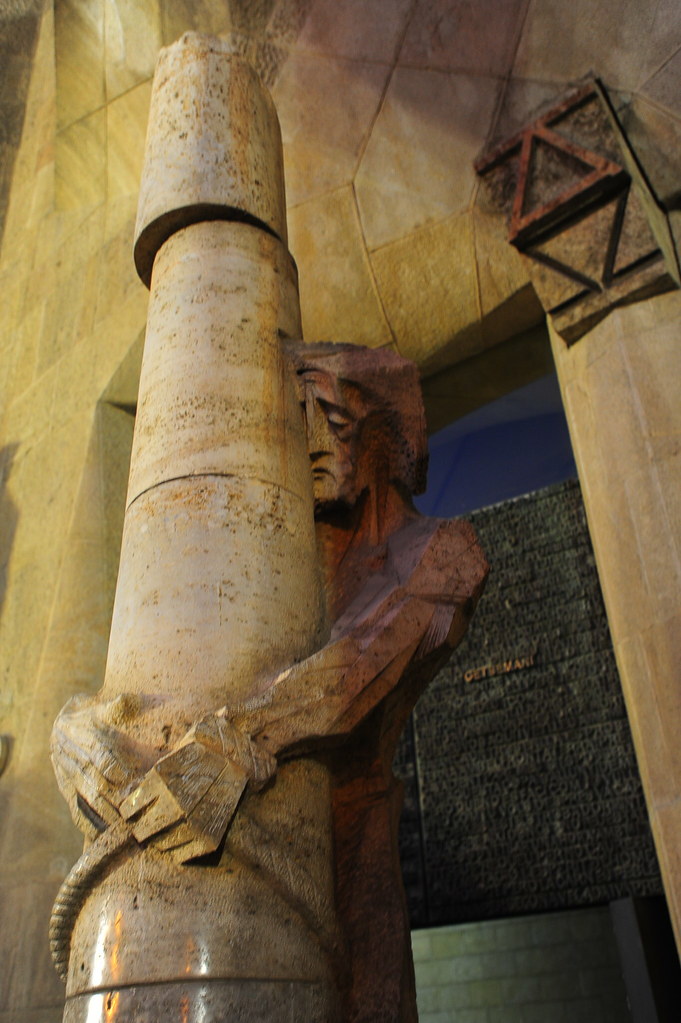 And that’s just the outside… 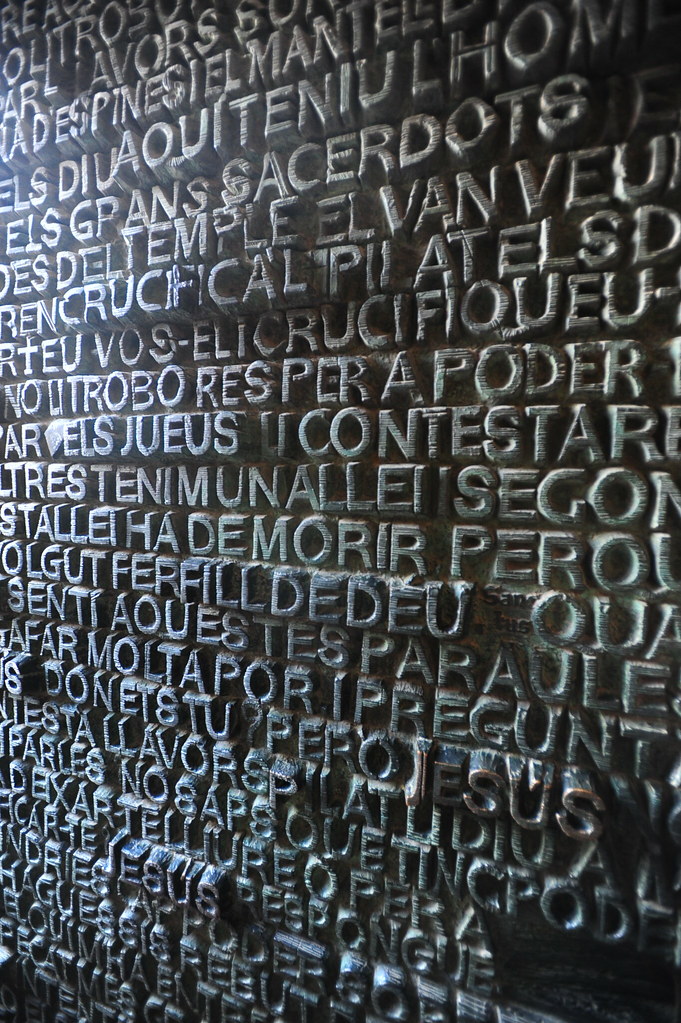 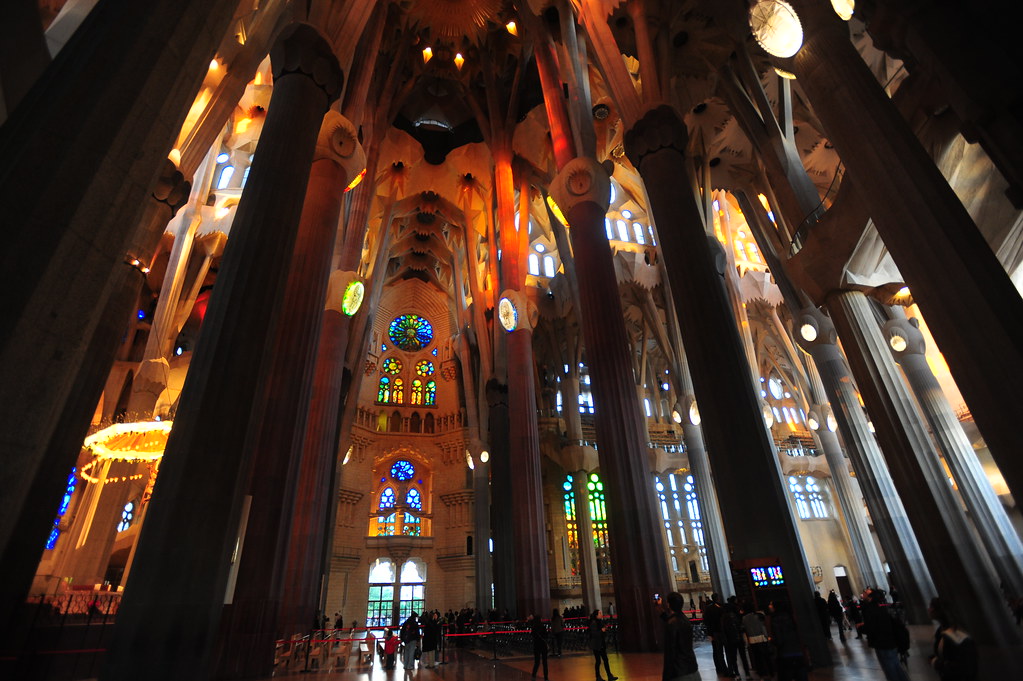 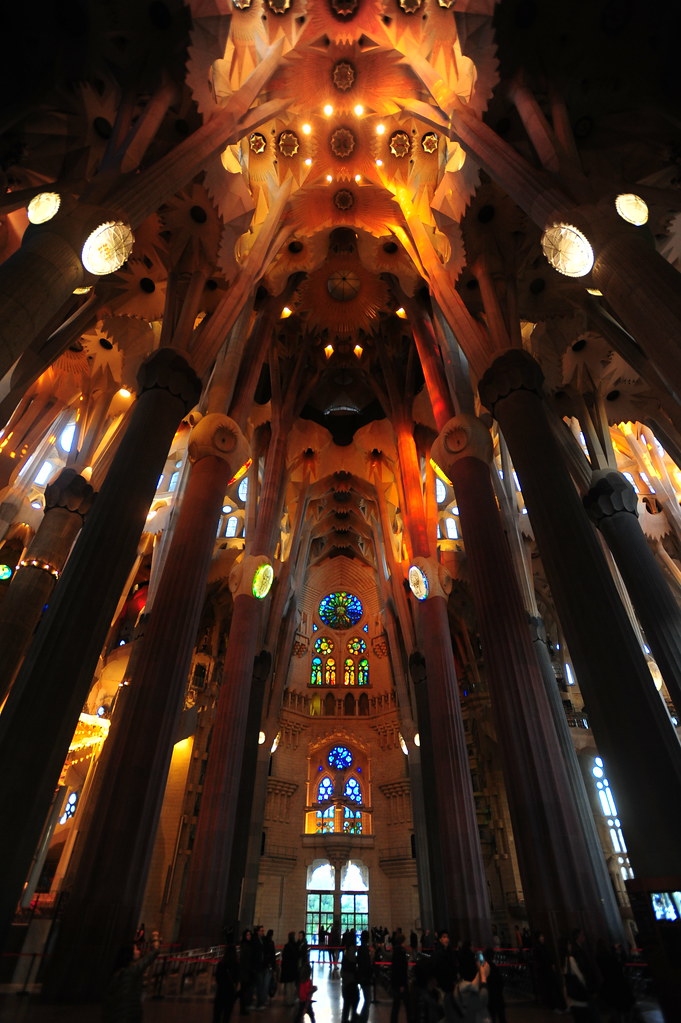 We’re literally just scratching the surface here. If you ever visit in the future (which you should!), make sure you spend at least 2 hours here and don’t come too late; the life tickets to the top of the church sell out early. And before you leave, don’t forget to appreciate the beauty of this landmark floodlit at night: 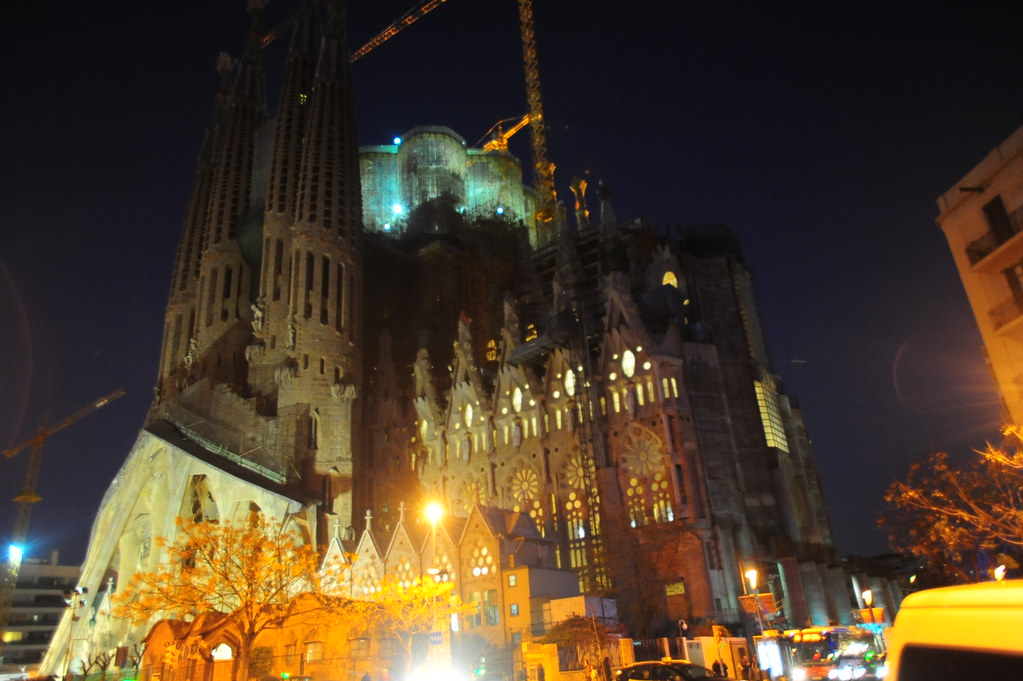 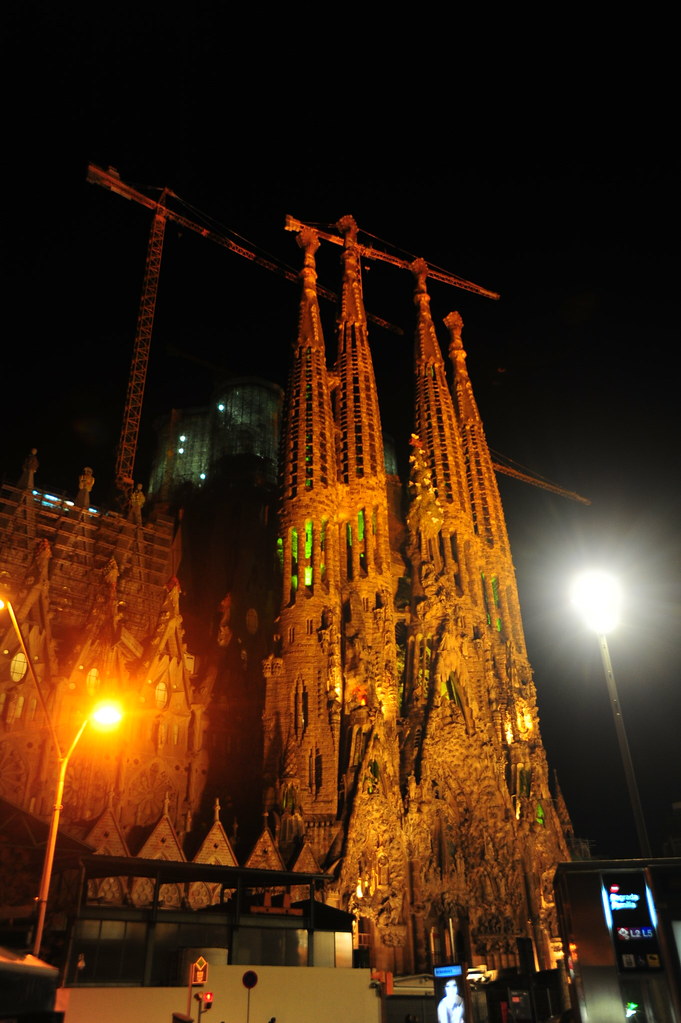 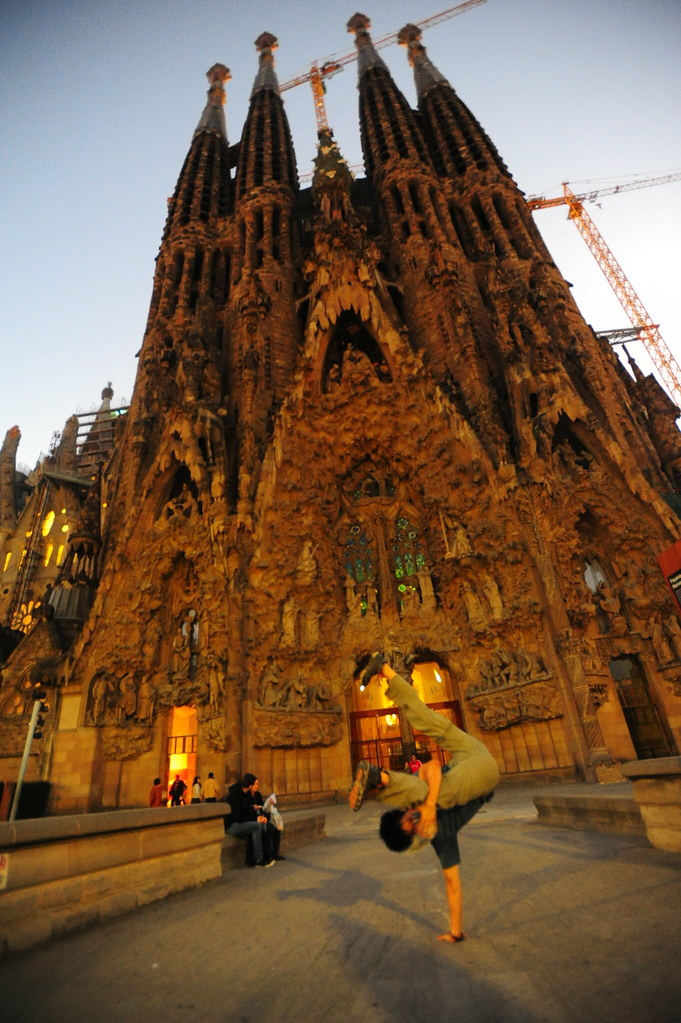 We’re resting up at our hostel now, about to meet up with Ines, a local whom I befriended about almost 2 years ago while in Karnataka, India. After spending a day together in Mysore, I had promised her on the cuff that I would one day visit her in Barcelona not really knowing when that would ever be. Suffice it to say, I’m now here and remain a man of my word. 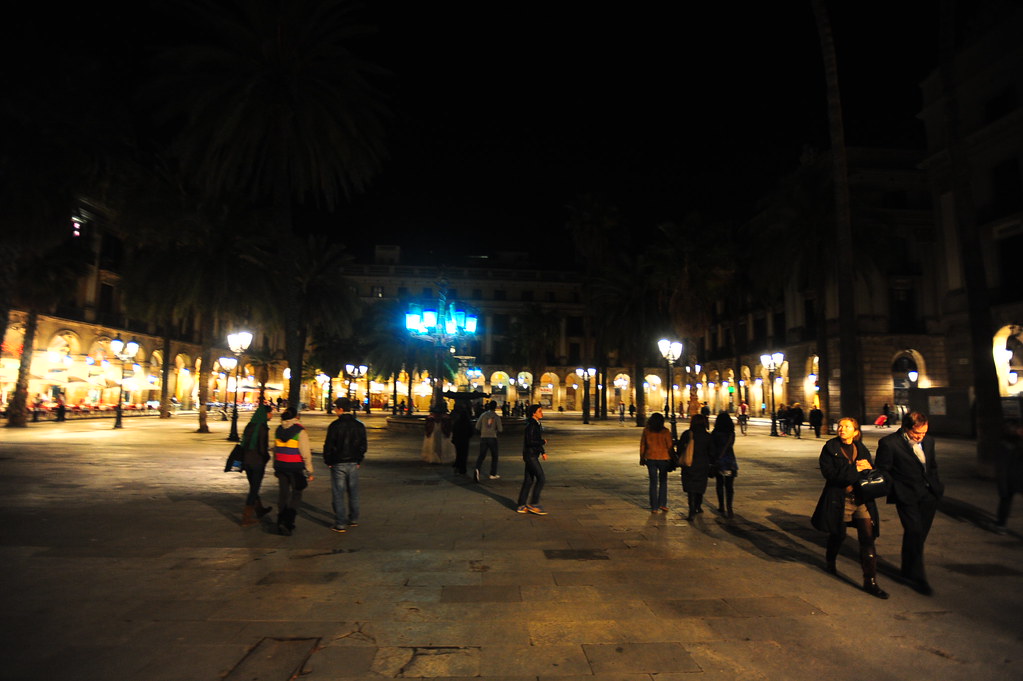