You’re going to crave slow roasted chicken, beef, or lamb tajines on the rooftops overlooking Morocco, the fresh and perfectly seasoned roasted vegetables, and the happiness of knowing that while Calvin is blogging, he’s not eating, so there’s more to go around… 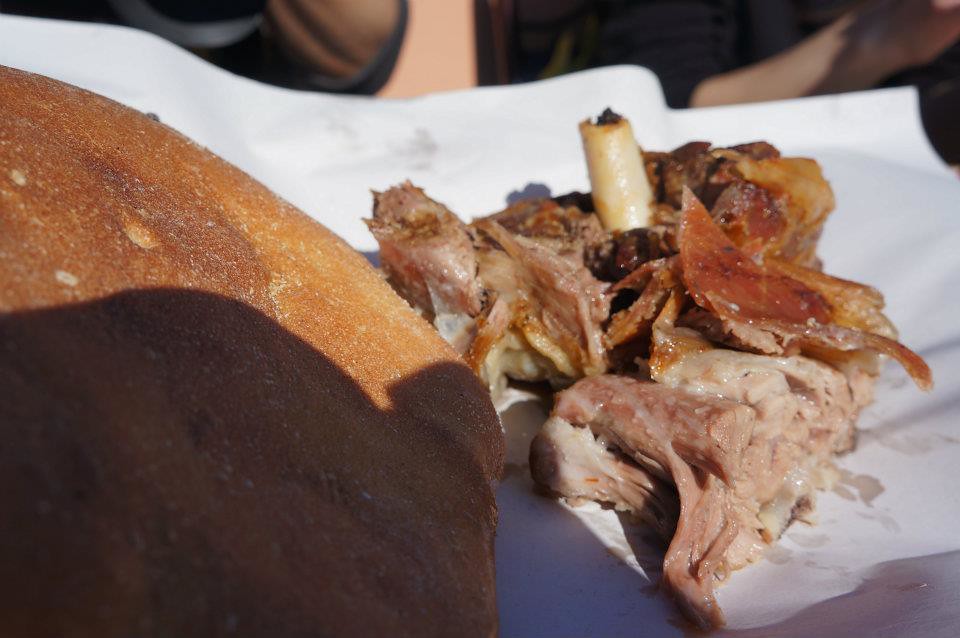 The warm, fresh bread that came out with every meal, the crisp glass bottle refreshments that felt so novel and for some reason, more delicious than fountain or plastic, and the unspoken permission the paper table “cloth” afforded you to get messy while you eat… 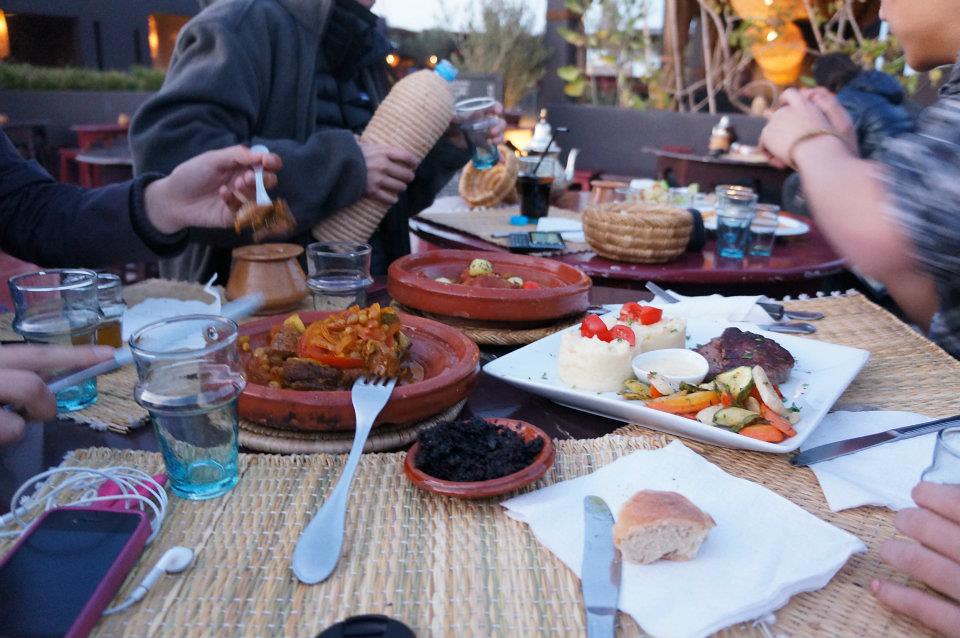 You’re going to crave this couscous: the meal made by our own group under the guidance of our gracious hosts, and the generous portions allowed to all. 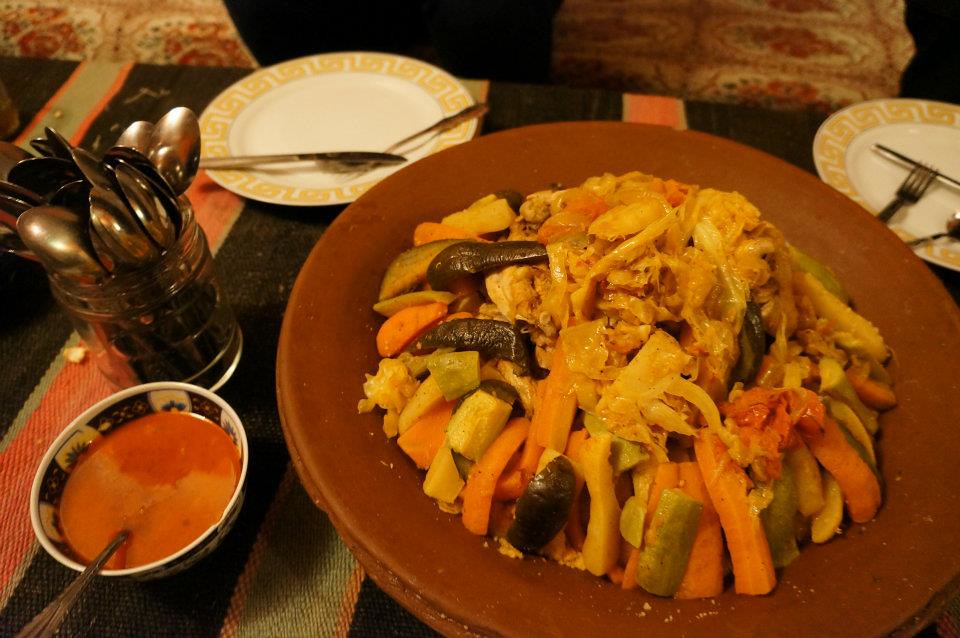 You probably won’t crave french fries, but you’ll crave the various skewered meat pictured next to it. 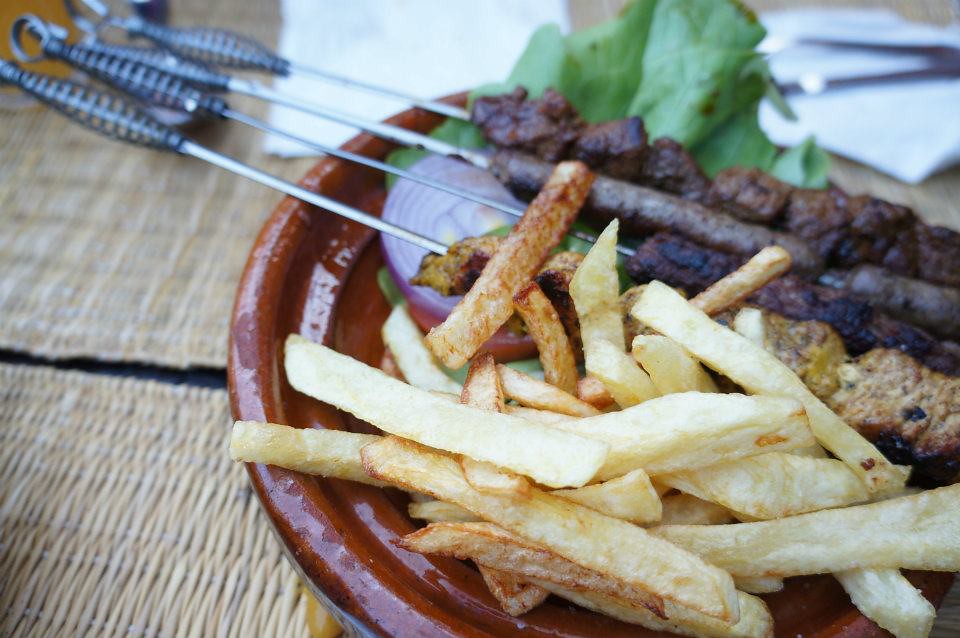 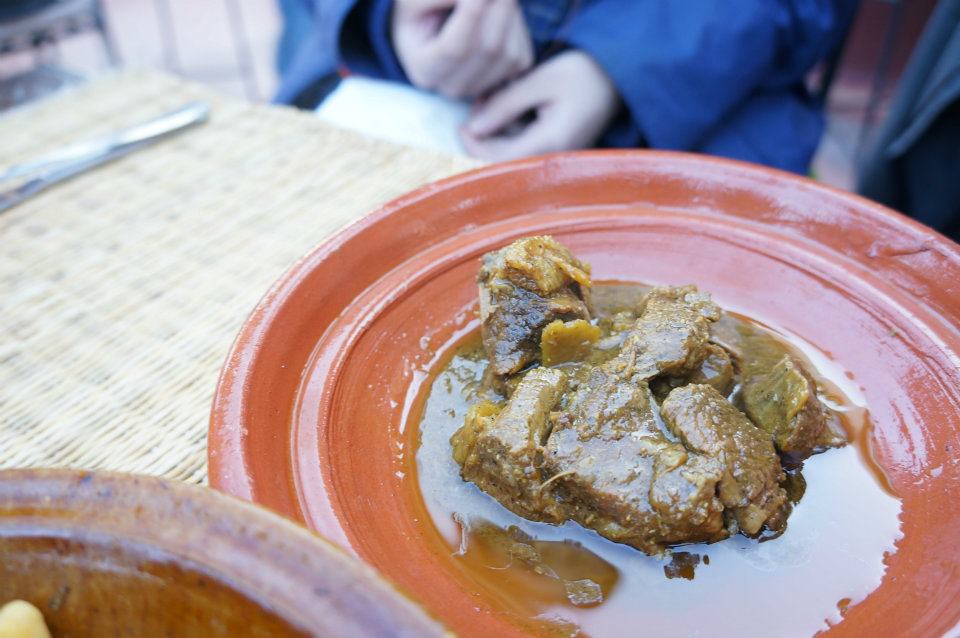 You’ll double crave this couscous skewered meat combination. At a certain point I had no idea what kind of meat I was eating, but it was so good, even if I was eating the pigeons I saw some kids outside clutching in their hands, I really wouldn’t have cared. I will crave pigeons if pigeons is what I ate. And you will too. 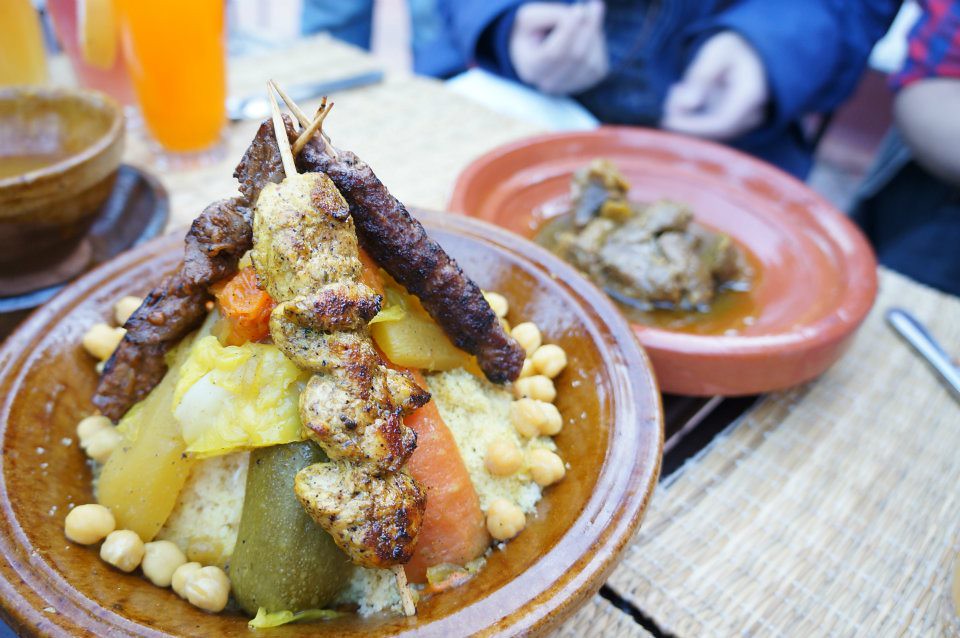 You already started craving the eggplant dish that comes in the Moroccan 6 dish appetizer at Cafe Souk 20 minutes after we finished eating it, so you’ll crave it again. Next time, we’ll order a 12 dish appetizer. 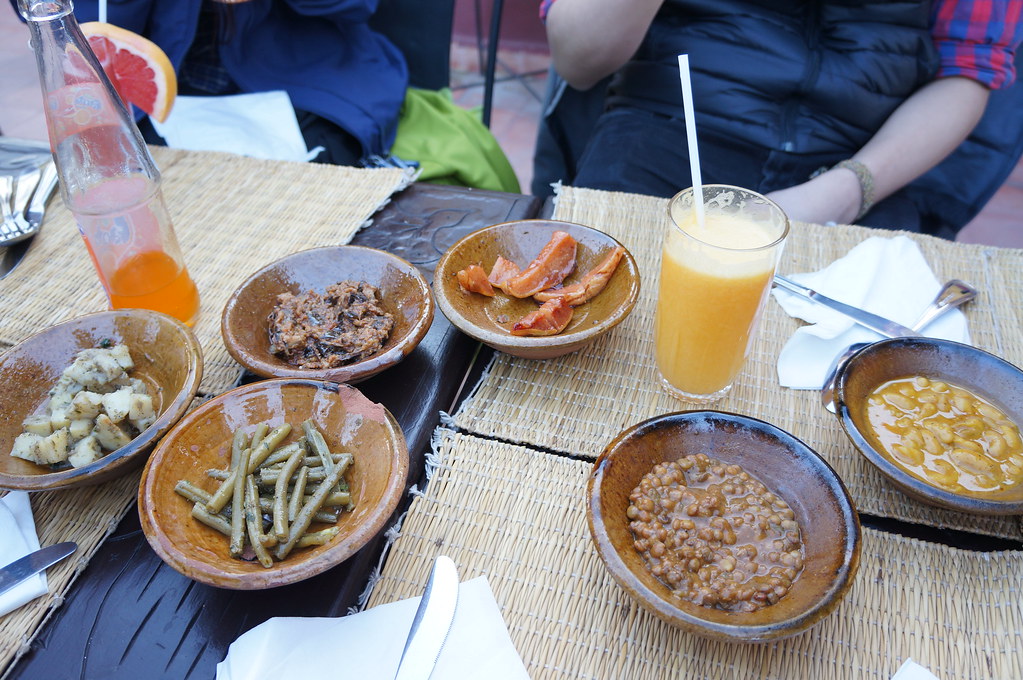 You’ll miss the fresh squeezed natural fruit juices; not too sweet, not too sour, but just right. And paired with smoking shisha on yet another rooftop watching the sunset to the sounds of the adhan. Yea, you’ll definitely crave it. 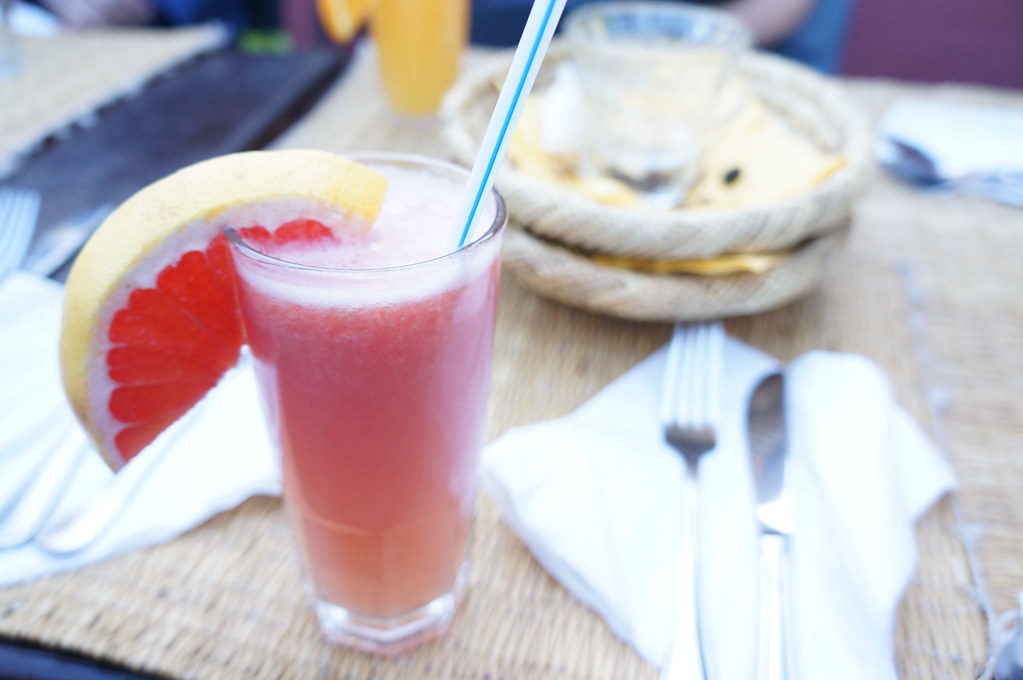 Is anyone even reading my captions? Or are you just looking at the food pictures? 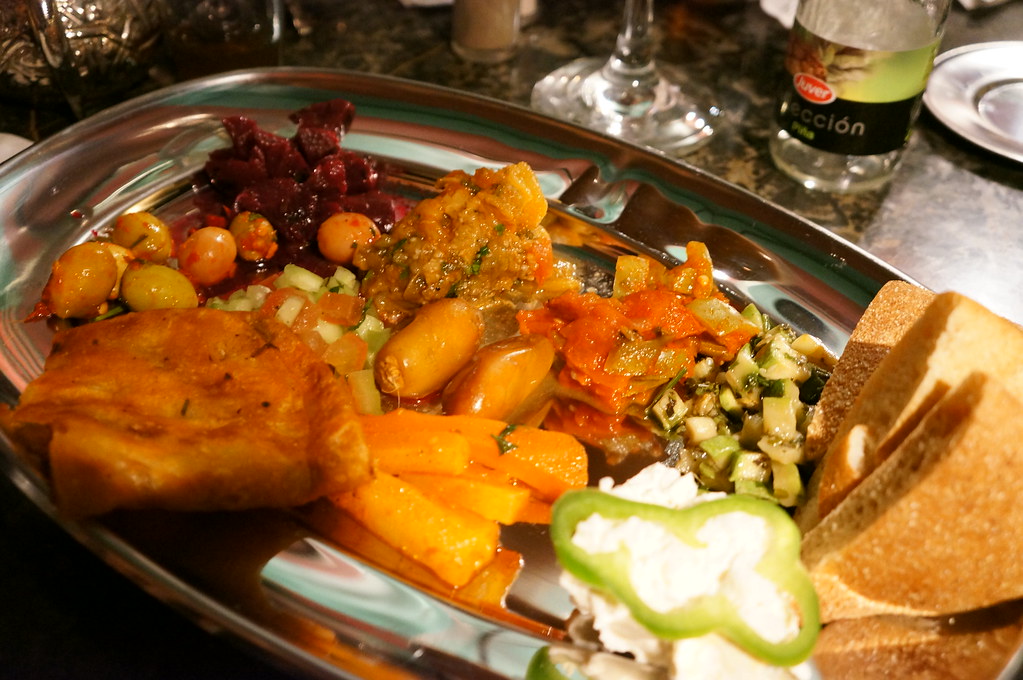 You will crave all the food that we didn’t order on the menu because we only had 8 people to feed, and the idea of not knowing what you were gonna get or maybe what anything on the menu meant, but trusting that it would be an experience itself, whether it was delicious or not (mostly delicious, though). 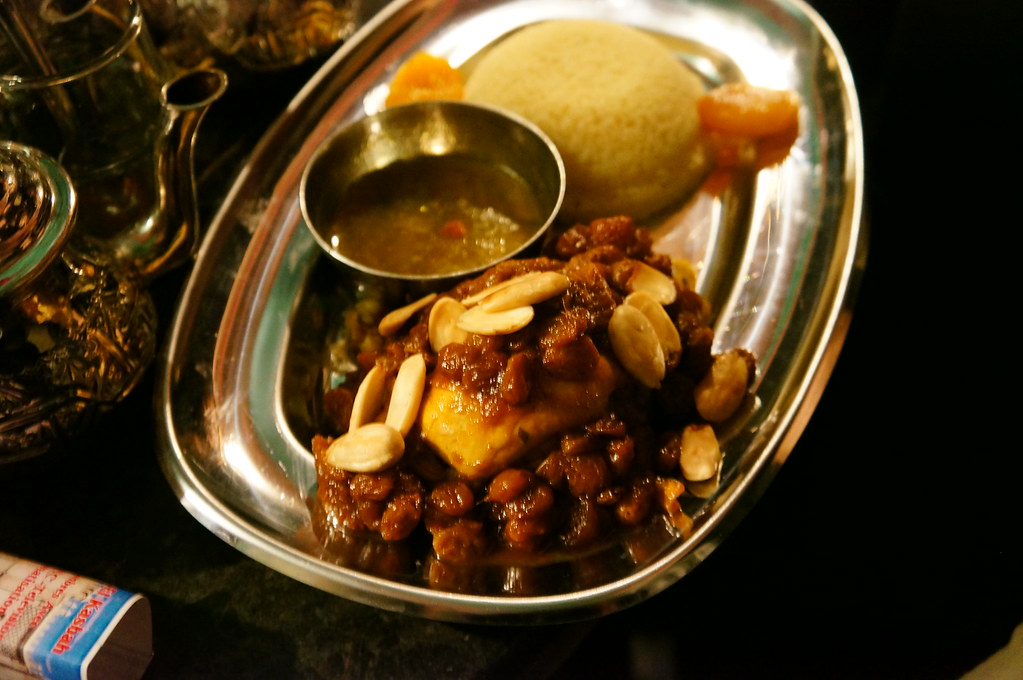 You will crave this. Even though it looks like a sausage egg Mcmuffin without the egg and cheese, trust me. It’s not. And going to McDonald’s will not satiate your craving for this street vendor lamb wrapped in bread. Not by a long shot. On the other hand, there is a Moroccan food truck that I’ve been stalking in L.A, if you want to visit… 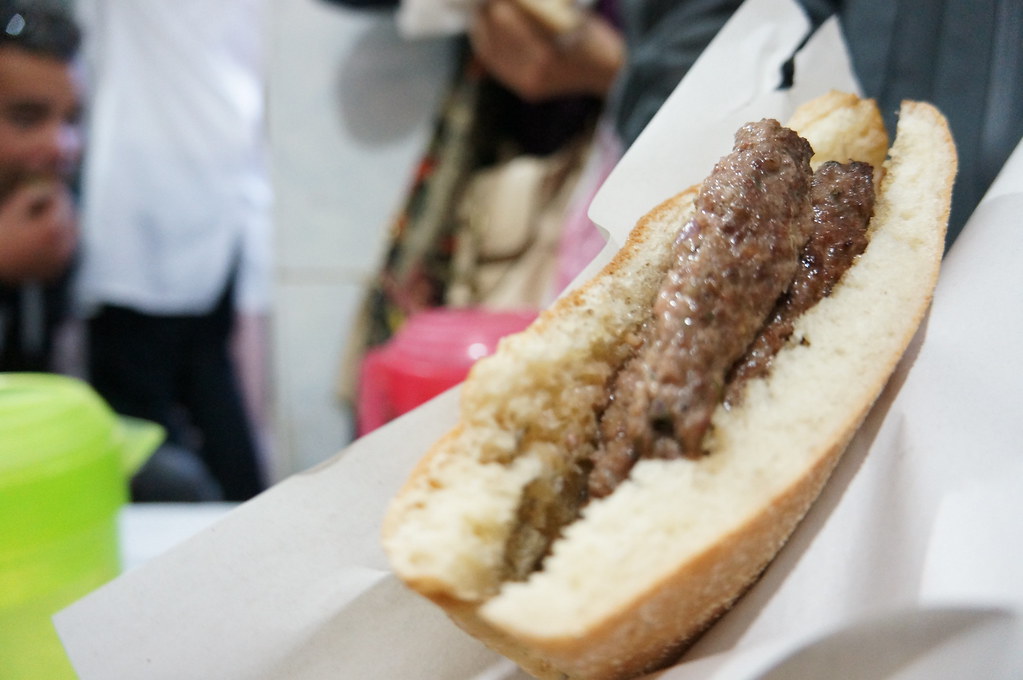 You will crave alternating biting out of the above mentioned lamb, and drinking this soup. (But you will not miss having to share it with 7 other people). 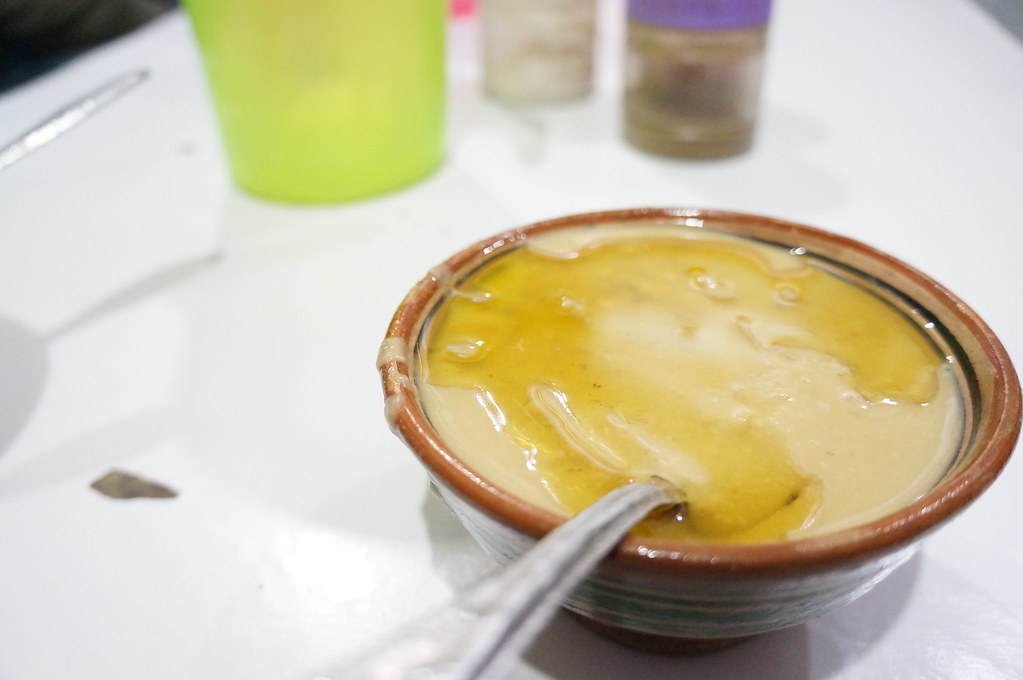 You will crave the fresh fruit (but not the ones you picked off of the tree in Spain… those were gross). 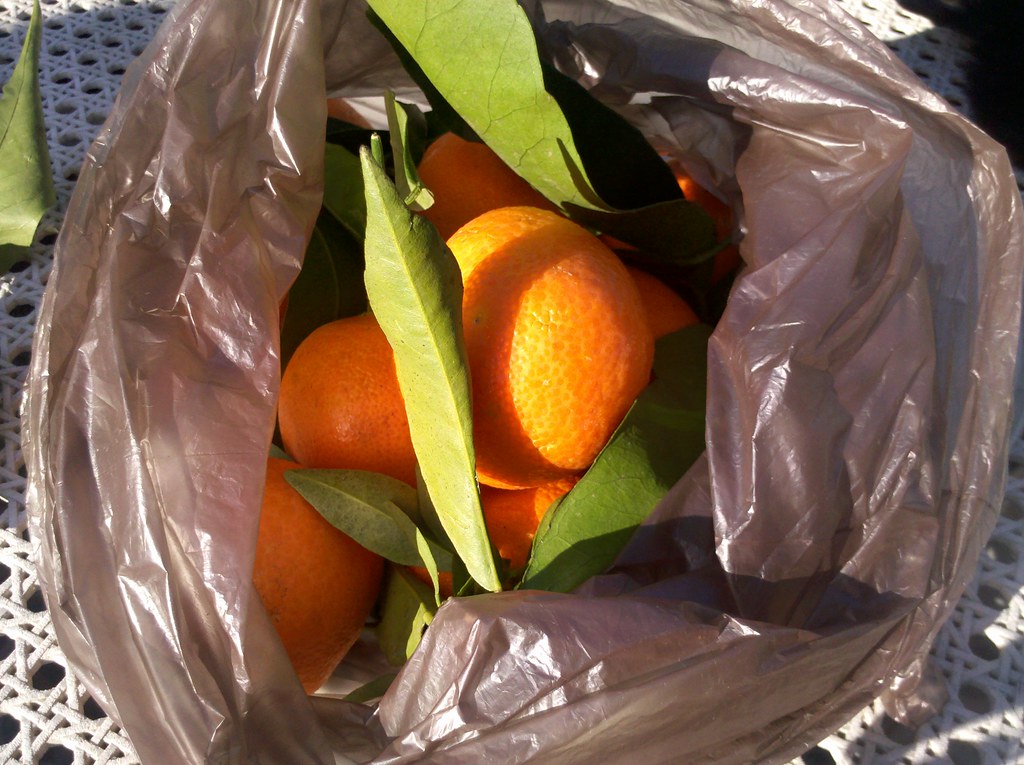 You will crave Moroccan whiskey. Even if you sipped it during an awkward lecture concerning the fate of the irresponsible future generations of Muslim youth. 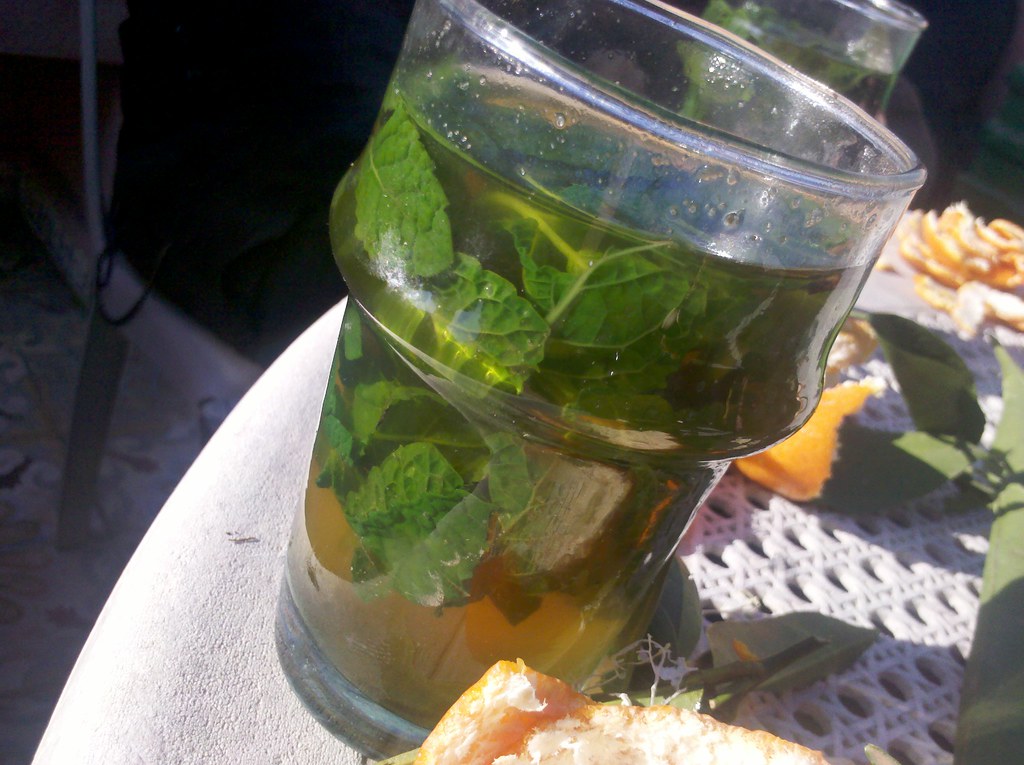 Calvin will crave what was apparently the world’s most arousing ice cream. 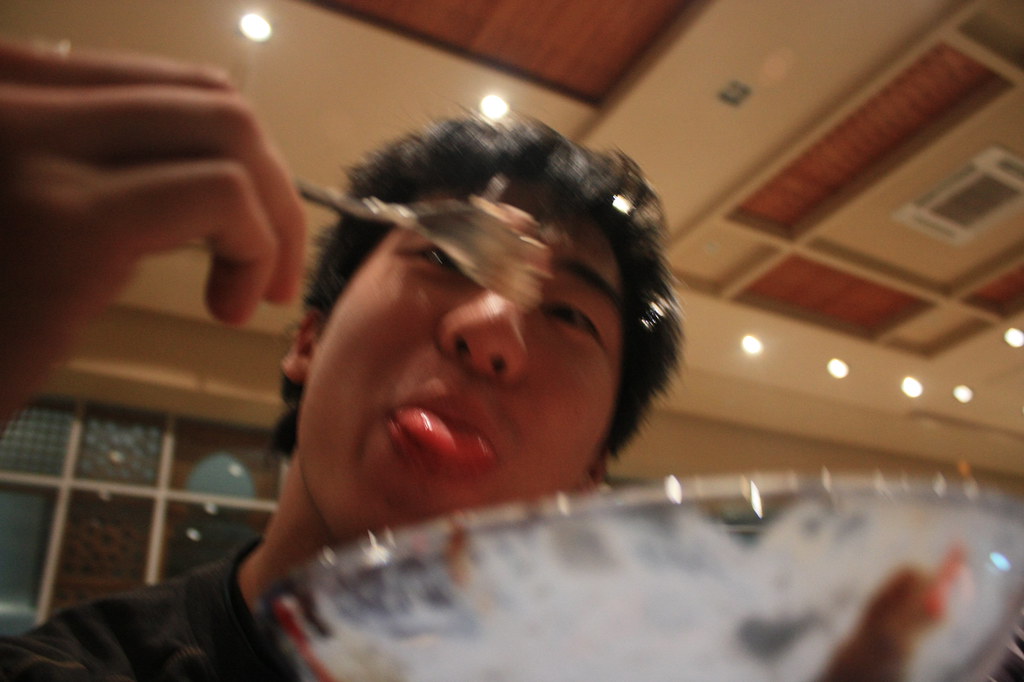 You will crave free tapas with a drink order in Granada, and the tinted rosa. How can something so alcoholic be so delicious? 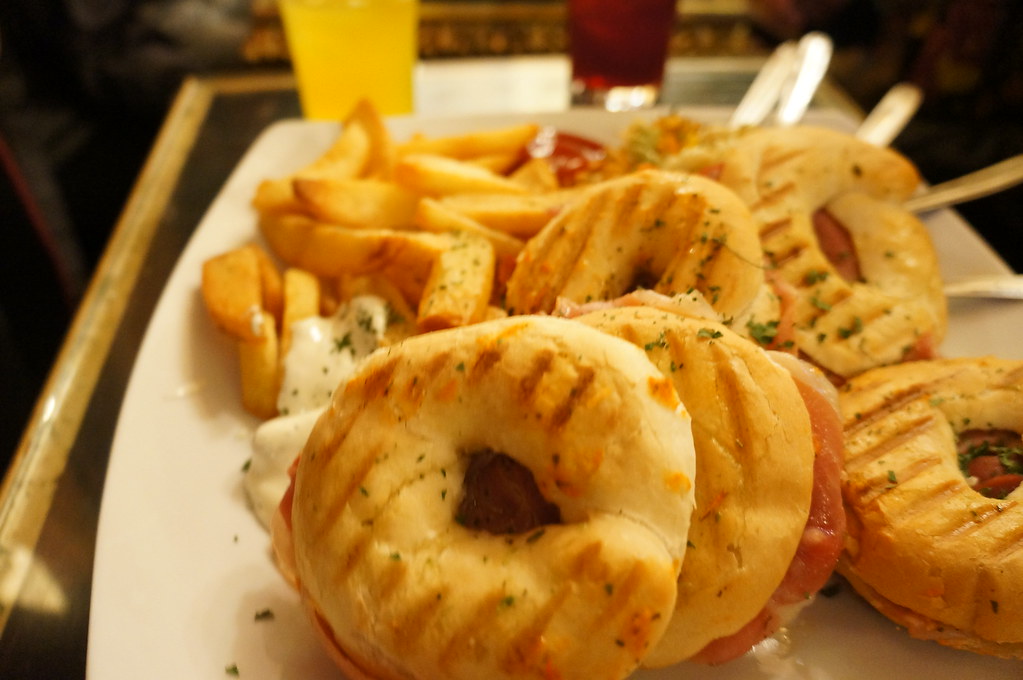 You will crave rice pudding, cheesecake, mango ice cream, and other desserts from the world’s oldest restaurant. You will definitely crave the rice pudding since I stole it and ate most of it. Sorry. ^_^;; 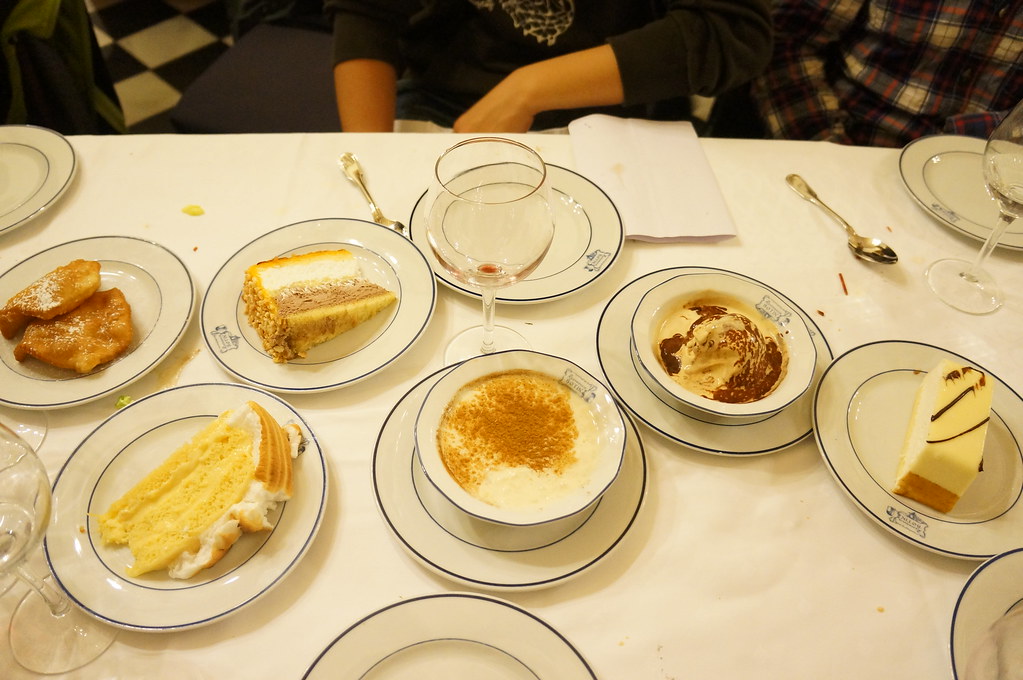 You will crave the slow roast pig from the world’s oldest restaurant, even though I was disappointed it didn’t come out a full pig with an apple in its mouth. 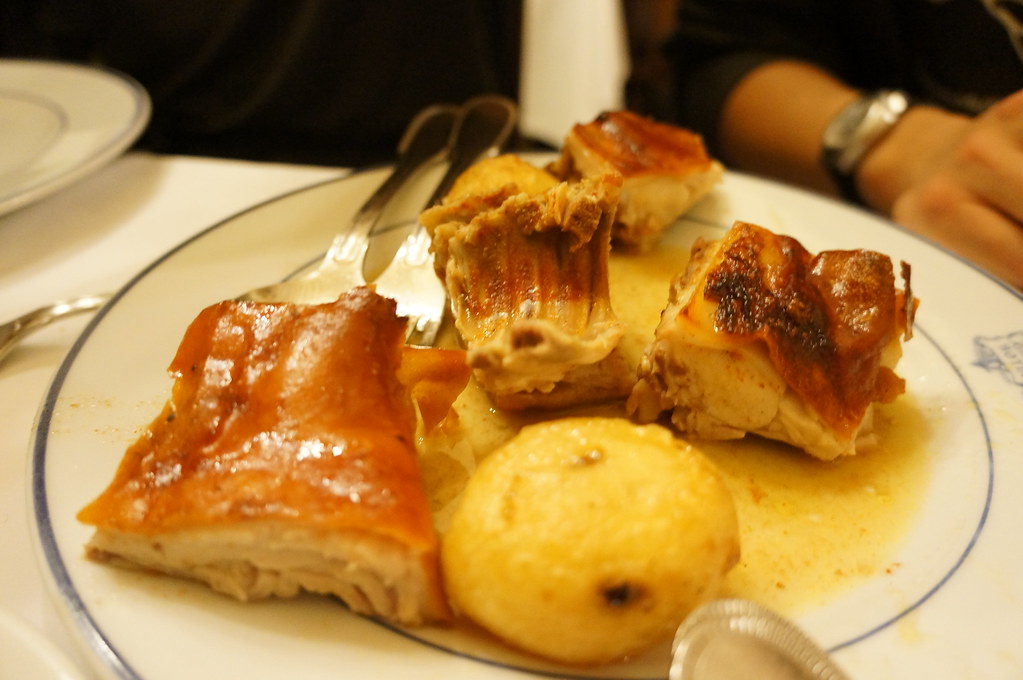 You will crave beer with Hemingway. 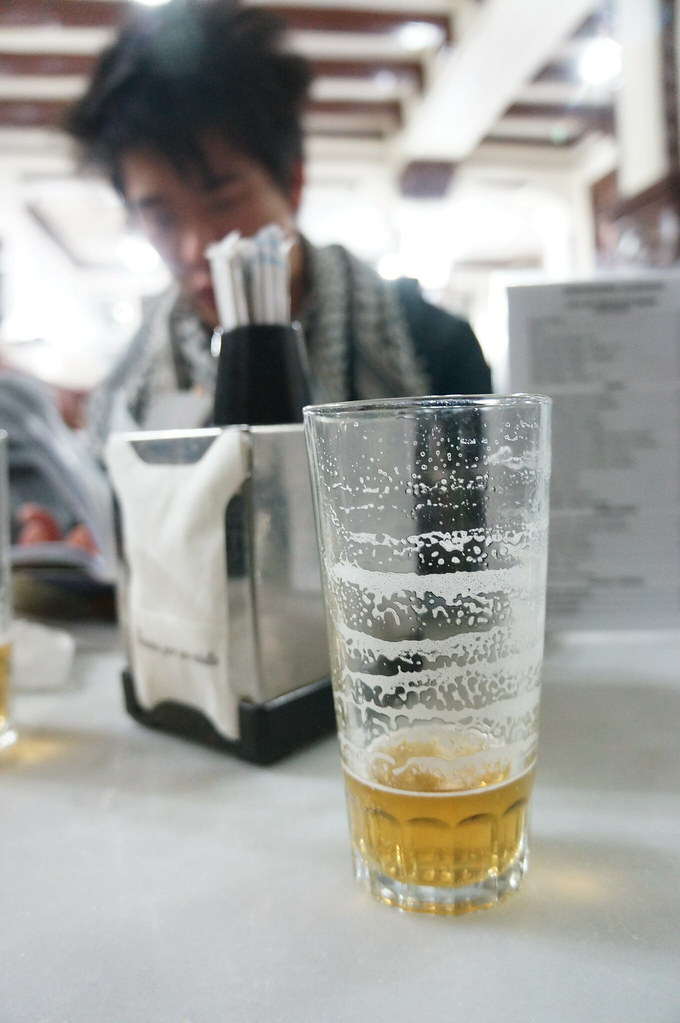 I don’t remember what this is but you will crave dipping bread in it. 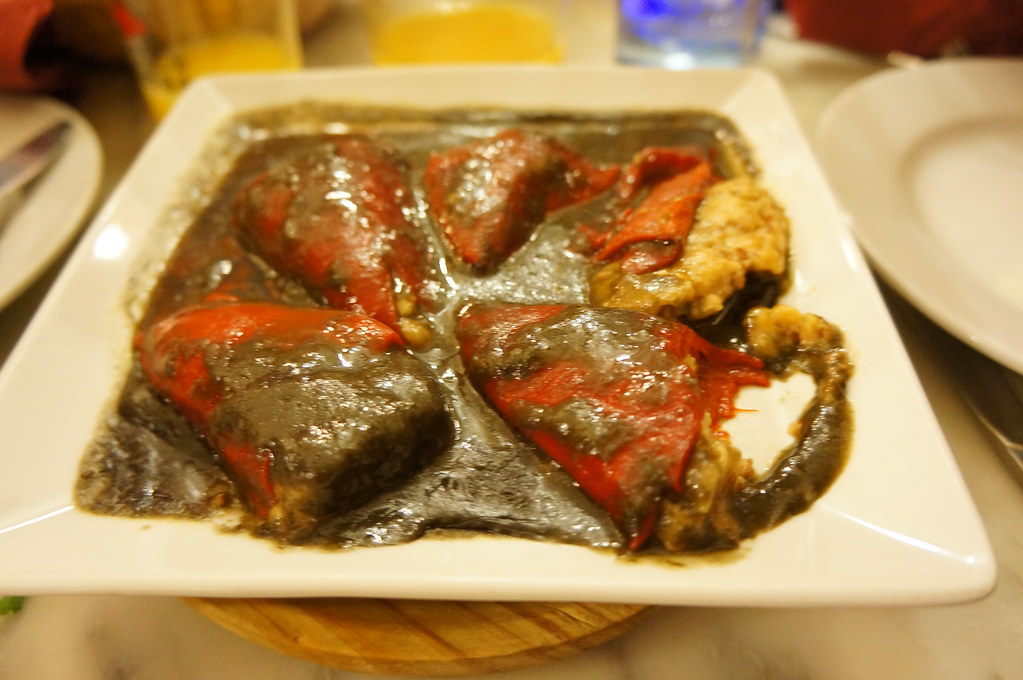 You will crave the jamon of jamons. 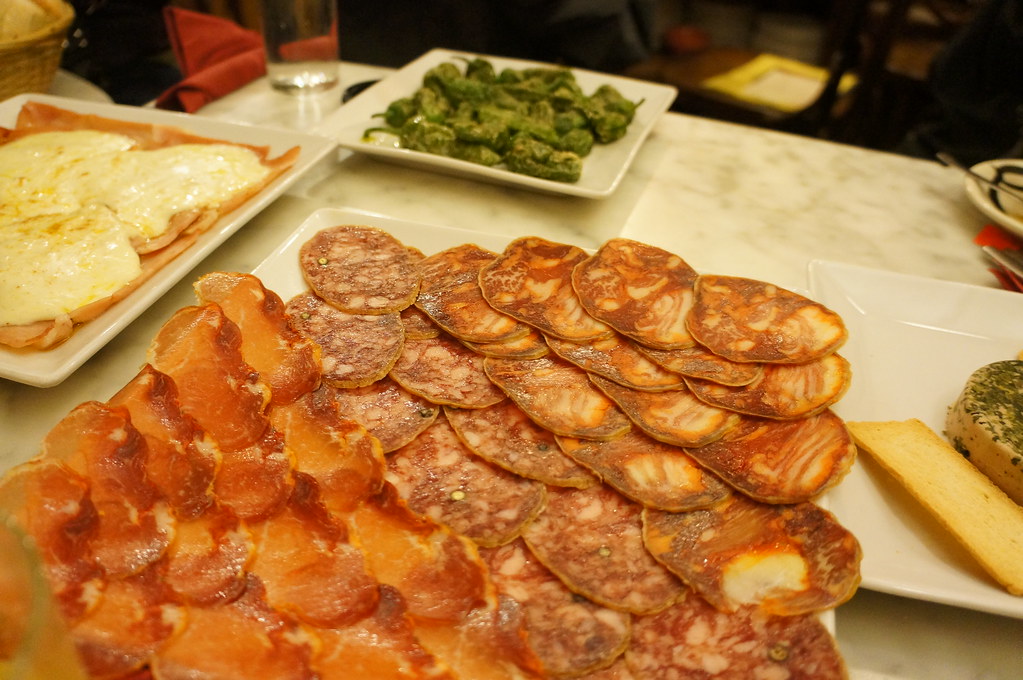 I was craving this when I saw something similar at Whole Foods. I was disappointed. I will crave this, and I assume you will too. 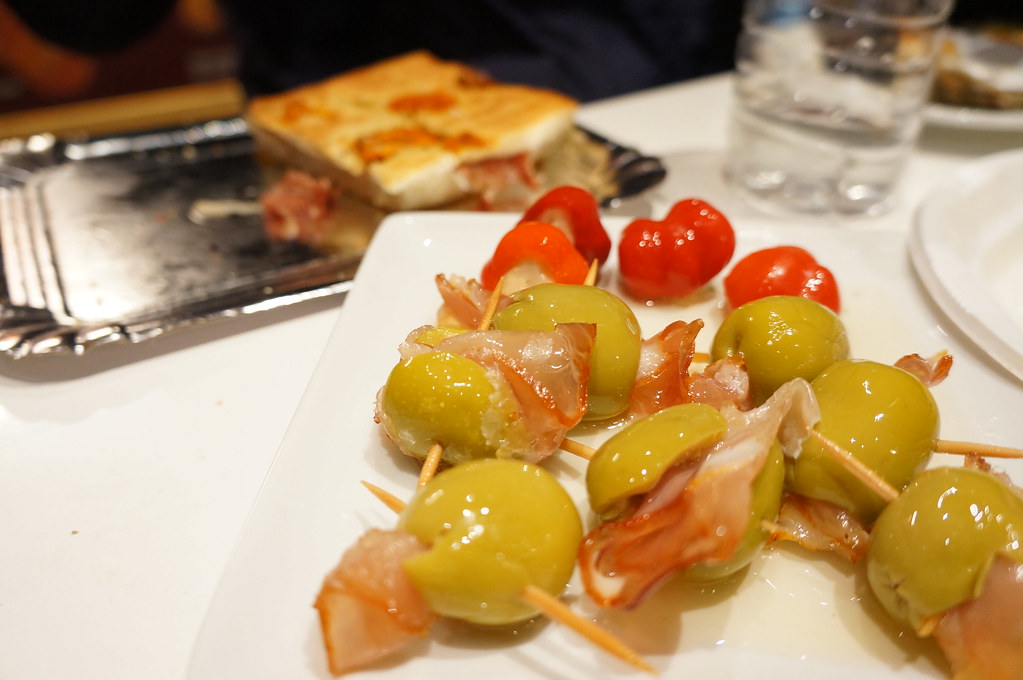 I’m not huge on seafood so I won’t really crave this, but you will crave it. I know cause ya’ll were so into it that you guys insisted that I try some, even though seafood gives me a stomachache. 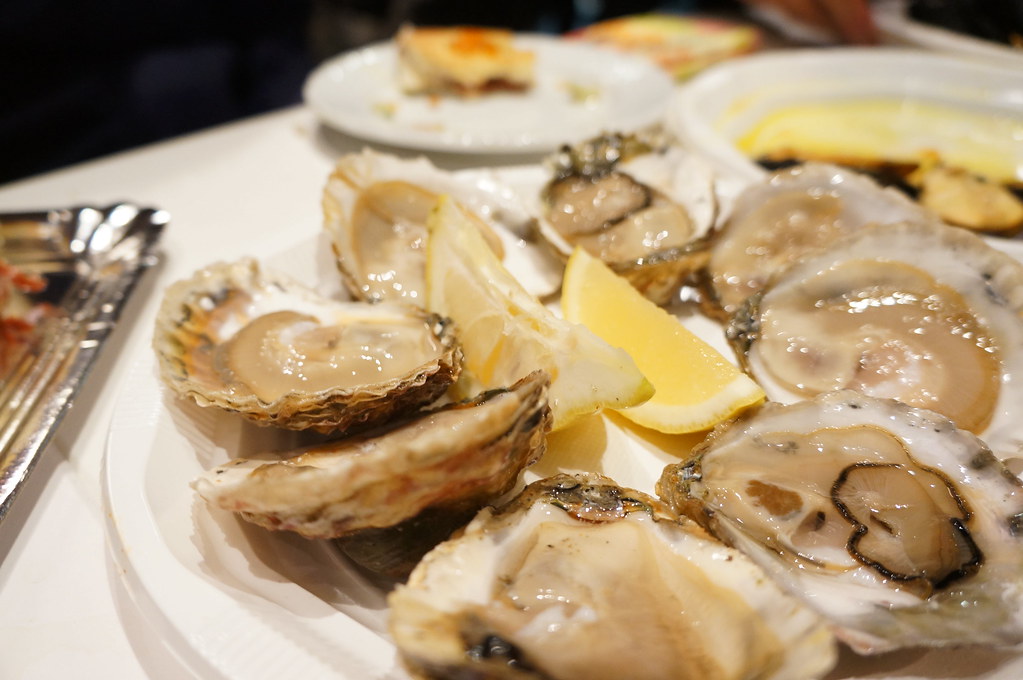 Mmm, I will crave this. This was the moment where I wished no one else was there so I could eat by myself. 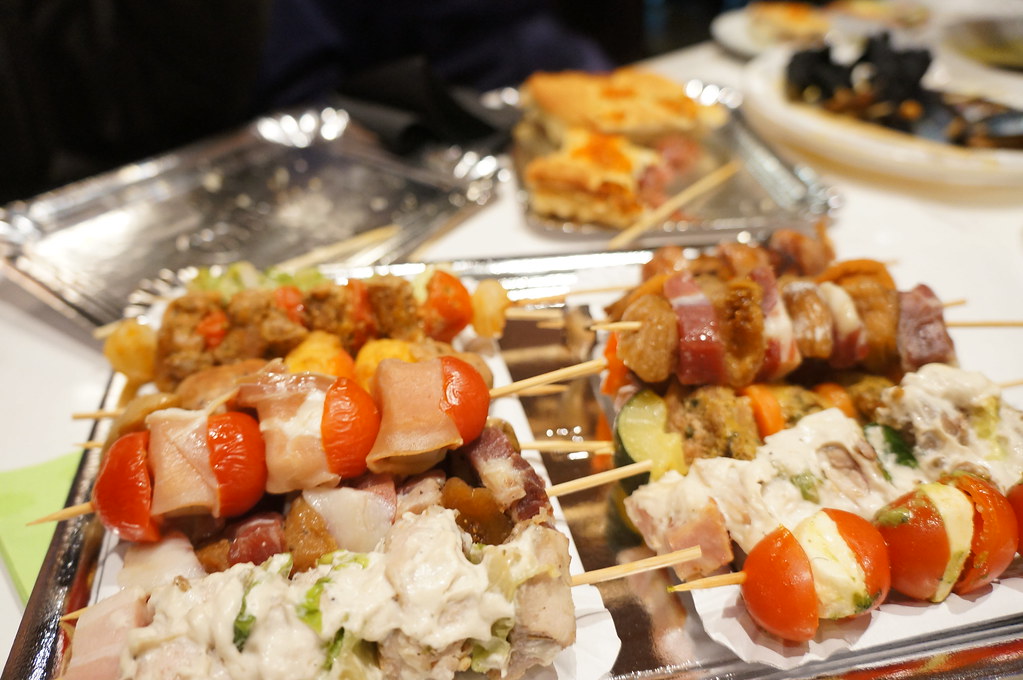 But then this was the moment I was really grateful everyone was there so we could order everything off the dessert menu… ^_^;; 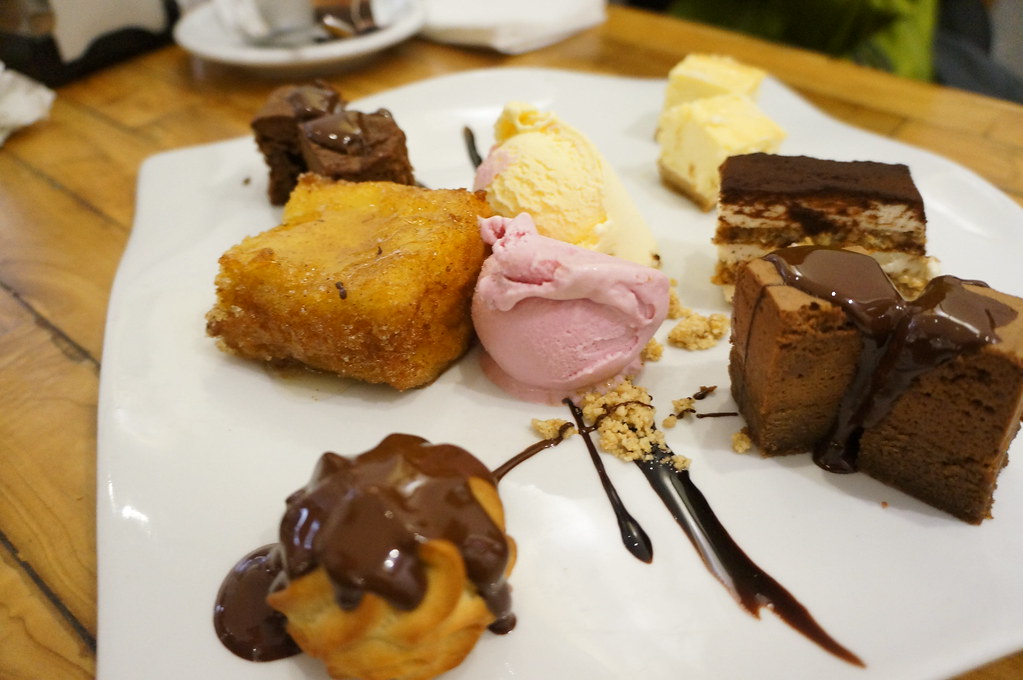 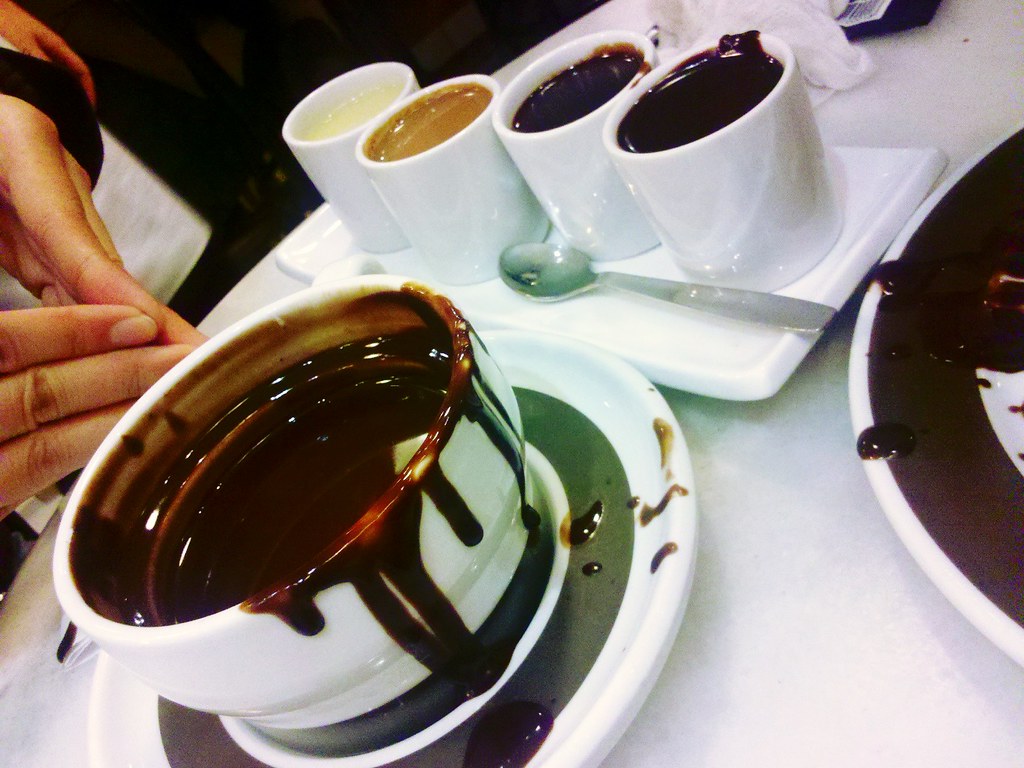 I have been craving this meal in Barcelona since the minute it ended, and not just because of the stuffed sweet peppers and “what-dreams-are-made-of” champagne,  Nope, sorry. I tried really hard to make this post about more than just food, but the reality is, I had a life changing experience on this trip, and it had a lot to do with cuisine. 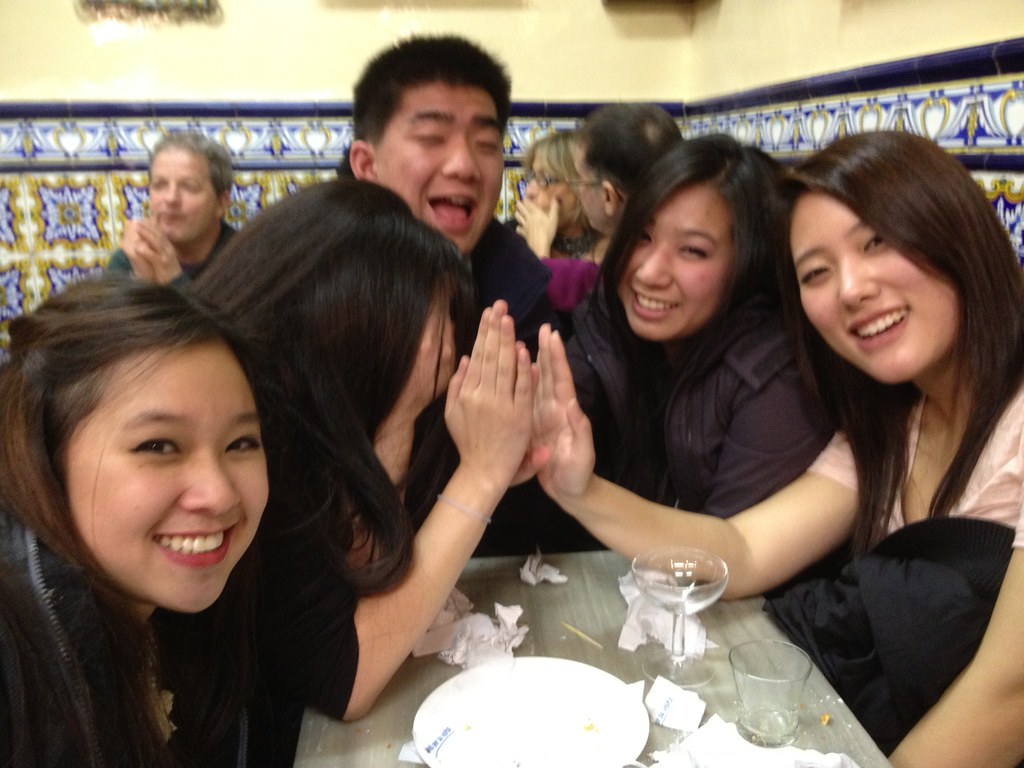 I have an interesting relationship with food at home; its not that I’m picky about food, but I really don’t care to try new things at new restaurants because it’s mostly just expensive for the kind of taste I could guess at. Eating at a fancy schmancy restaurant and considering the “light hint” of anything or “subtle texture” of my food has never been my thing. I eat food that will nourish me, and that means I’m a meat and potatoes and bread and salad kinda girl. But hot damn.

I don’t know if I will carry this desire to try new foods back to the U.S, but this trip has definitely made me somewhat of a “foodie” (shudder). I feel like I will be that snob that goes to a “Spanish cuisine” restaurant and the person across from me will be all “I love tapas” and I’ll be all, “You’ve never had real tapas. I’ve been to Spain, I miss REAL Spanish food.” Sorry in advance.