From The Top of Paris

3 months ago, I started studying for my final medical licensing exam – the USMLE Step 3 – on a budget 4-day trip to the Caribbean Islands, which began in the French territory of Saint Martin’s. I’m now celebrating the conclusion of my marathon 17 hour, 2-day long exam by taking a 2-day weekend trip to the Channel Islands, which fittingly begins in the French territory of…Paris and Saint Malo, France.

As I’m waiting for my train to Saint Malo in Paris after just taking a ridiculously low-cost American Airlines flight (40% lower than the usual fare!), I realized I was just here only 5 months ago. 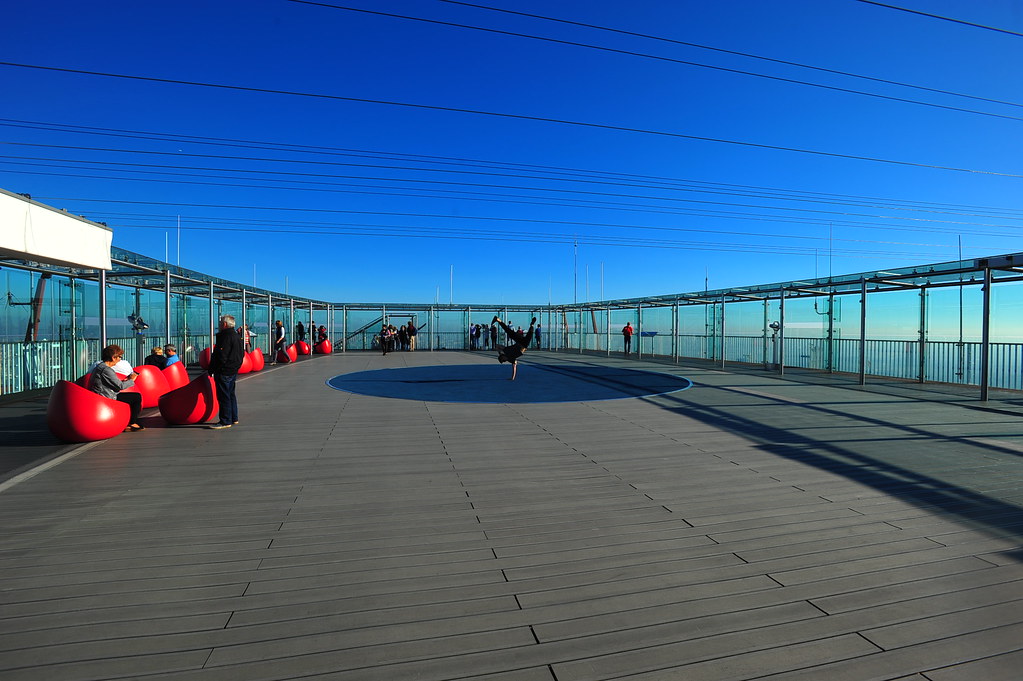 The Top of Paris just got served

While I’m not planning to stay too long in France (a few hours actually), I found this to be a nice bookend to a 3-month campaign to overcome probably the longest written examinations I will ever take for the rest of my life. The funny thing is that with both of those trips I only decided on going only a few days before without planning for it. This is as random as random comes.

But I can’t start this properly without a story that happened 12 hours prior: I almost didn’t make it.

After an overnight 10pm-8am shift in the Pediatrics ER at Montefiore, I headed back home for a quick 3 hour nap before heading to the airport for a 5:20pm direct American Airlines Flight #44 from JFK to Paris CDG. Unfortunately I had forgotten to budget for Friday afternoon rush hour traffic: It was already 3:40pm and I was still dilly dallying eating in my apartment figuring it would take me at most 40 minutes to get to JFK airport from my home.

With a cursory glance at Google Maps that showed it would take me an hour and 20 minutes by both public transportation and taxi to get to JFK airport, and with only an hour and 40 minutes before my flight was to depart, I scrambled, going for the subway as I figured I could shave off minutes on the commute by sprinting between transfers and taking a cab from Sutphin Blvd/Archer Avenue (~10 minutes) instead of the Air Train (~18 minutes).

But the subways moved like molasses, there were rush hour crowds, and the cab from Sutphin Blvd./Archer Ave. kept getting stuck in traffic. Nevertheless, they proved minor scares: I was still able to shave off 10 minutes off my commute and reach JFK in only an hour and 10 minutes, getting to the airport at 4:50pm, 30 minutes before my departure. And thanks to TSA PreCheck and the kindness of strangers who let me cut in line, I thought I was home free…until security flagged me for random inspection as well as setting my bag aside for an unpacking and thorough searching. WTF.

Then I suddenly remembered that international flights close their gate 20 minutes before departure, which meant instead of 27 minutes, I only had 7 minutes left to get searched and run to Gate 43 – which FYI, is “the farthest gate away in the terminal” according to a TSA Officer who took pity on my situation. To add insult to injury, there were 2 other bags ahead of mine that needed to be unpacked and searched. At this point I pretty much was resigned to my fate. I missed my flight. All my fault, of course.

But my bag was unpacked and searched and I looked at my watch and saw I had 2 minutes left. So I ran. Down escalators, up escalators, jumping and somersaulting all the way to Gate 43. And right as the doors were able to shut, I shimmied my way in. MADE IT.

I celebrated by passing out, skipping dinner and breakfast and making up for my lack of sleep after an overnight shift. A sleep very well deserved.

Our flight landed on time at 6:45am in Paris, and I was out of passport and customs by 7:15am. And having learned my lesson 5 months ago about the chaos it takes to get an SNCF ticket from the airport to Paris, I was able to hop on the next RER B train into the city.

I took this photo 5 months ago 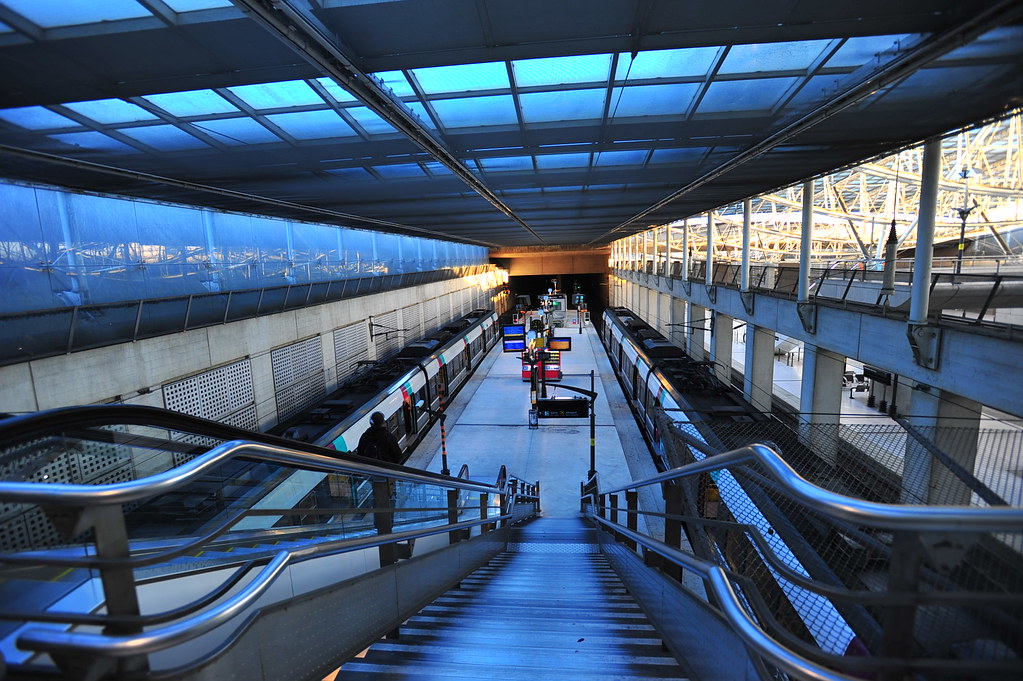 I took this photo today

I arrived an hour later to my destination at Denfert-Roucheau where I transferred to the 4/6 trains 3 stops over to Gare Montparnasse. At this point I had about 2-3 hours to kill before the 11:56am SNCF Train #8085 from Montparnasse to Saint Malo. 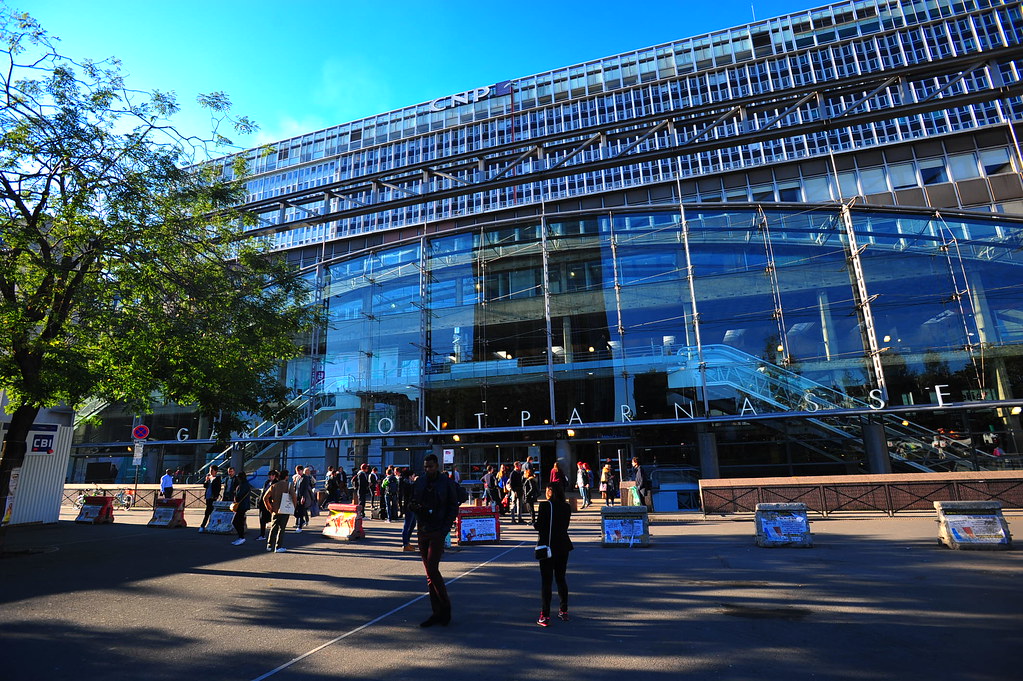 So what to do? I decided to walk across the street to Paris’ tallest building, Montparnasse Tower, where for 15 euros (I had my student ID which got me a 2 euro discount) I headed up 57 floors for the highest panorama views of the city of lights. 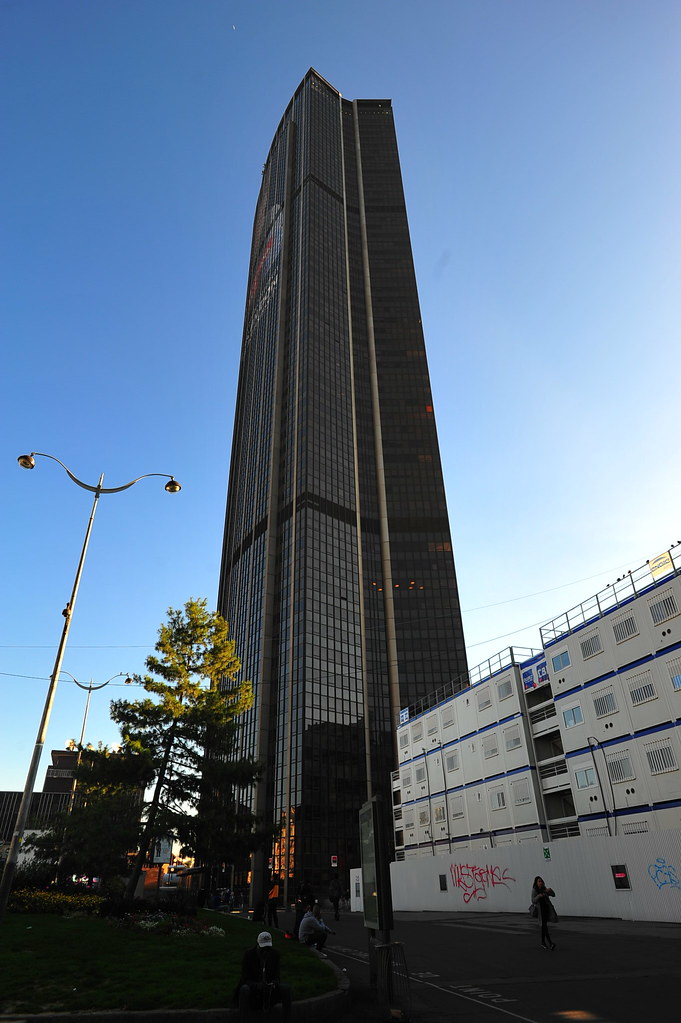 The beautiful thing about this experience is not so much for the views but rather that there were no lines and you can stay as long as you like up here, with lounge chairs to nap and a sky bar at which you can sip champagne. 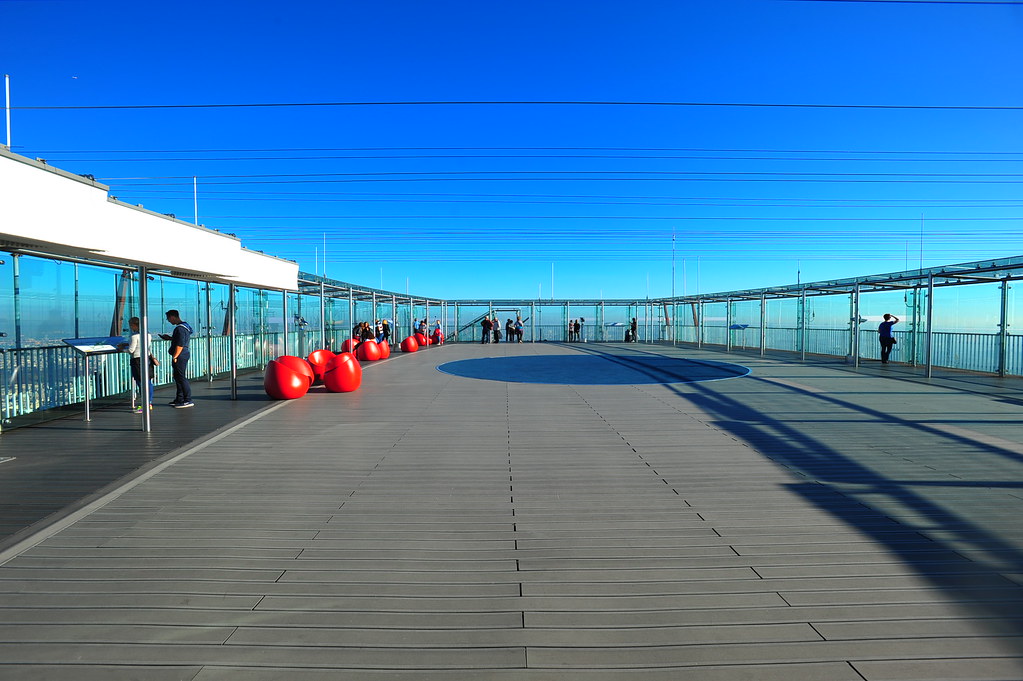 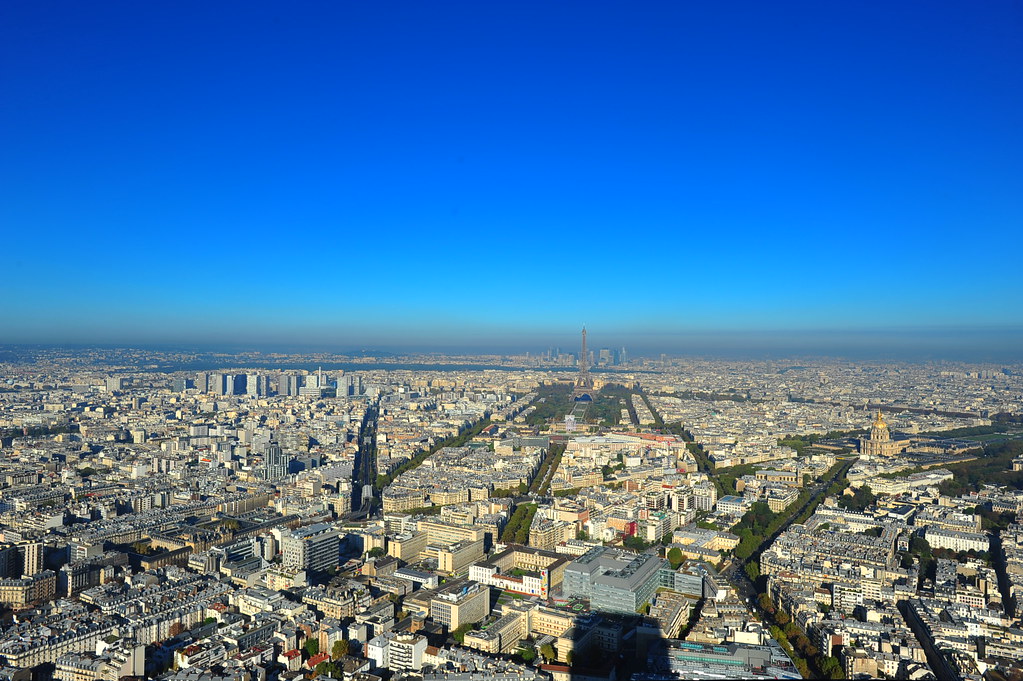 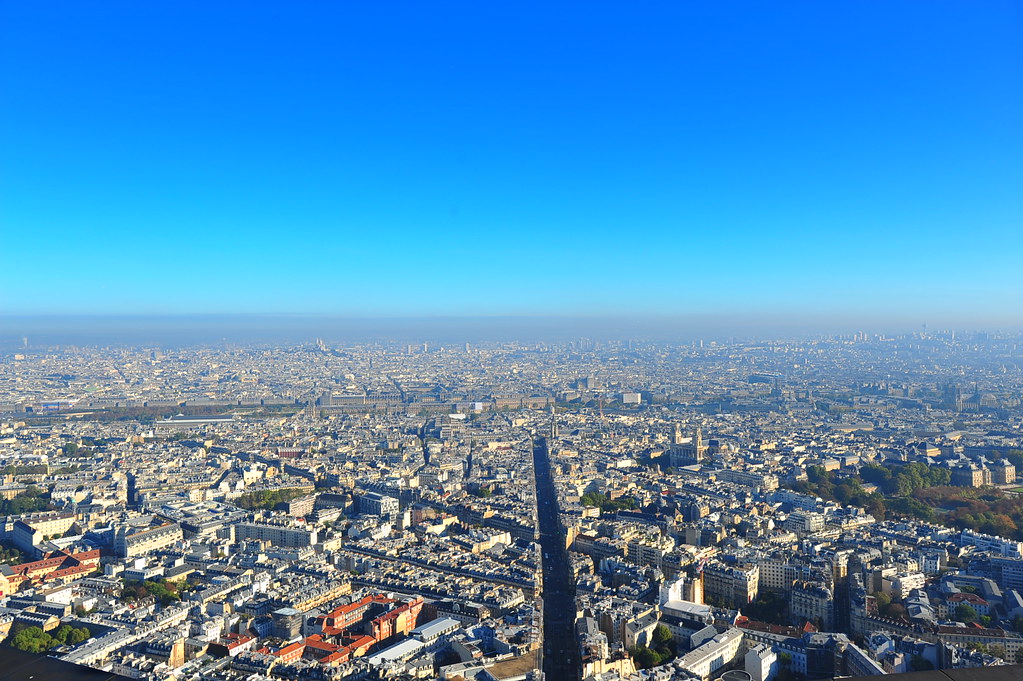 Then I just kicked it at the train station until my 11:56am train to Saint Malo was ready for boarding. Onwards! 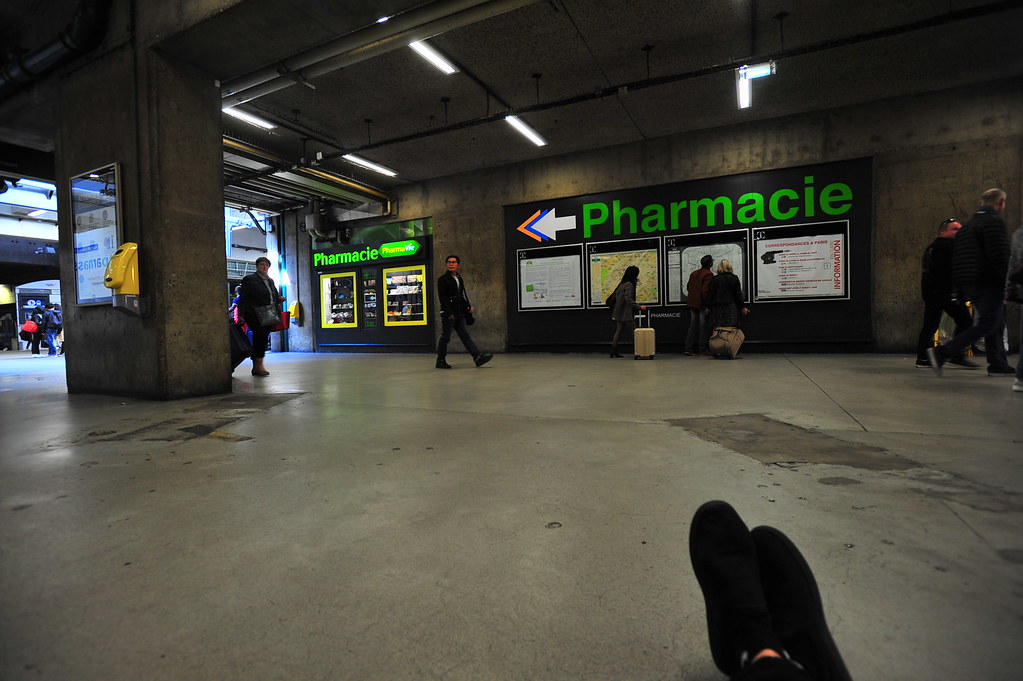 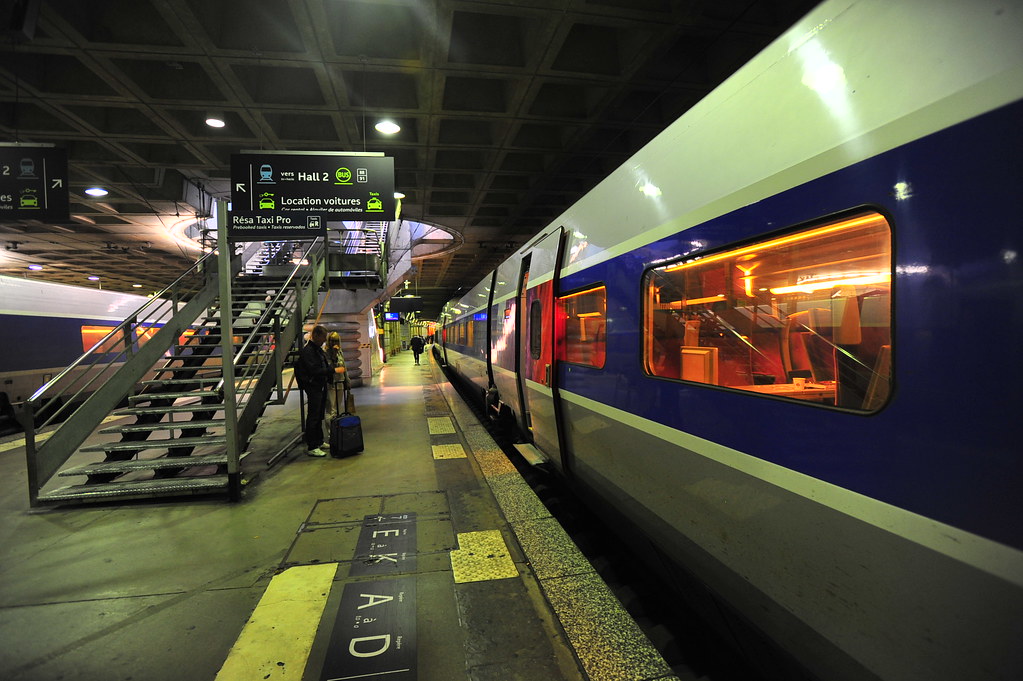