I can’t really explain why my life has been so full of coincidences, (and no it’s not because it would “make sense” that extroverts would have an easier time running into other extroverts…my coincidences include the most skeptical of introverts as well!) but these events have been happening at such an alarmingly high rate ever since my fated trip to Egypt in 2010 that it makes me feel that I should have figured it all out by now.

From the crazy way I would run into the same people on a daily basis during my months in India, to how trips can just hit the ground running with magic with more than 10 moving parts meeting in a single point, I can only say one thing for certain: I am blessed and I am grateful.

Whatever this all means, even if I don’t understand it, I see it and believe in it:

Our group was now Keseena, Daniela and myself. Keseena, who like Daniela 2 years ago was introduced to me online 2 weeks ago through a mutual friend and monsooner guide Dave Zhou. It was her first time in the USA and NYC, and she wanted to meet people (she’s from Mauritius). By the time I finally met Keseena a week later over a quick cup of coffee in NYC, she already had made plans to head onwards to DC later that night. So then I teased that she was leaving too early and would mention the following things during our 30 minute conversation:

And then 4 hours later the impossible (I mean she did show up 2 hours early for her bus!) happened: Keseena was misinformed about the bus departure time, showed up at the wrong gate, and missed her overnight bus to DC. This would lead to the following things to happen:

Daniela and Keseena are now becoming fast and close friends, all of which was sprouted by a seemingly flippant comment I made a week ago about their similarities, never ever thinking they would actually meet in person today.

You frckin’ tell me what’s going on here. I honestly have no idea: 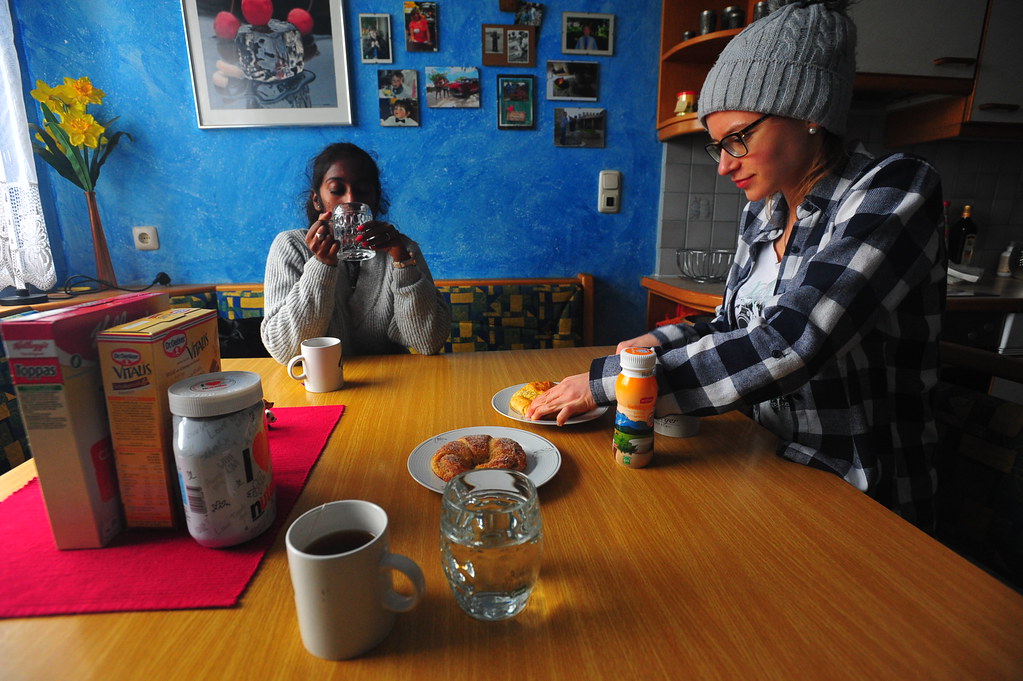 Following an all-night bender in Vienna with Jenny and Tommy (whom I had only met recently 2-3 days ago), that led us to crashing their room in the RItz Carlton and making Gordon Ramsey’s Scrambled Eggs at 3am, the 3 of us returned to Daniela’s apartment and woke up at 7am this morning to head out for a spontaneous morning trip to see her hometown and birthplace of Linz, located on the border between Austria and Germany.

Daniela had already scheduled to hop on an 8:30am train out to get there at 9:30, and given how little we had slept last night we definitely struggled to even get out her apartment by 8am. So you can imagine how there was a lot of running and dashing up and down streets and escalators beginning from Daniela’s apartment to the tram to the underground metro to the regional WestBahn train heading to Linz. 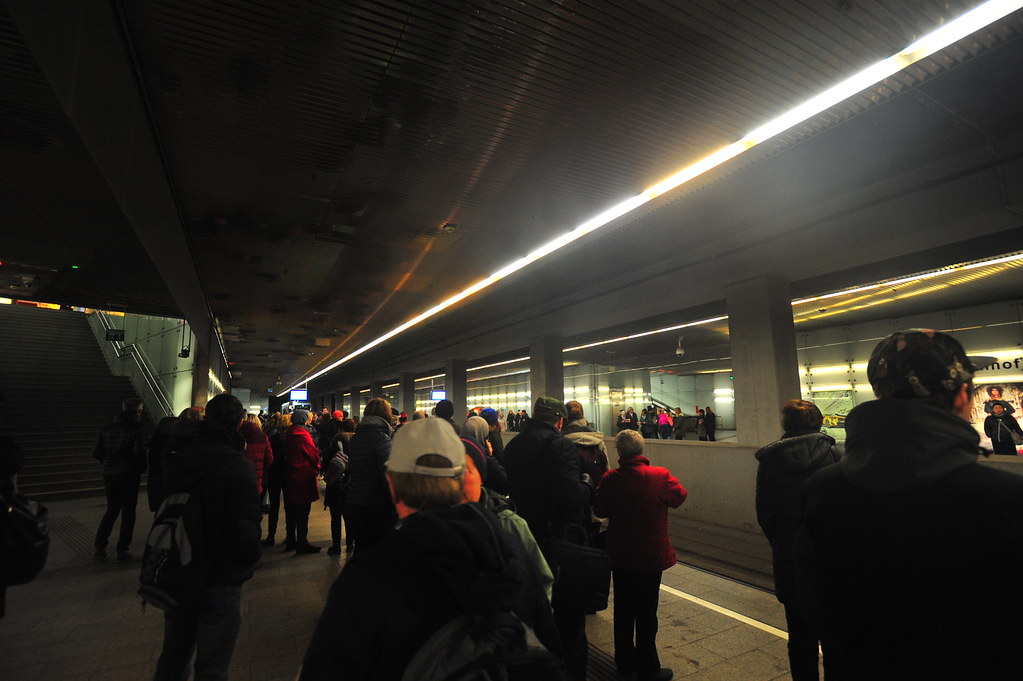 Suffice to say, we made it just in time, after which I knocked out an hour’s nap to desperately salvage back as much sleep as I could. We arrived into a rainy morning in Linz at 9:40am. 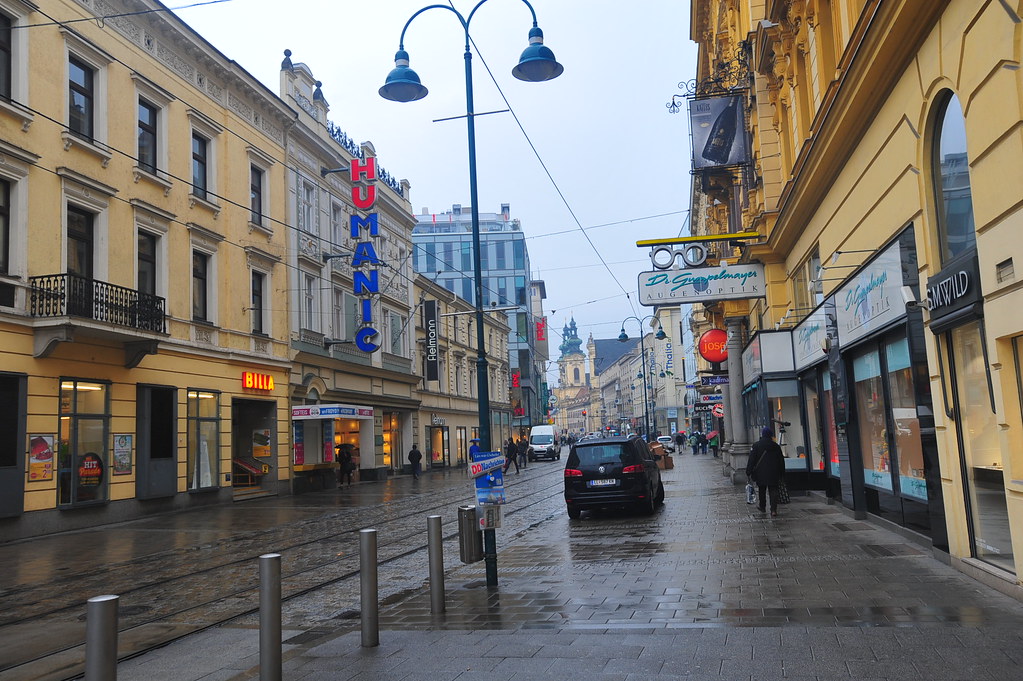 We dropped off our bags at the left luggage facility in the train station and took the tram one stop into the main city. There Daniela walked us around her hometown, showing us around the same way I showed her around NYC 2 years ago. 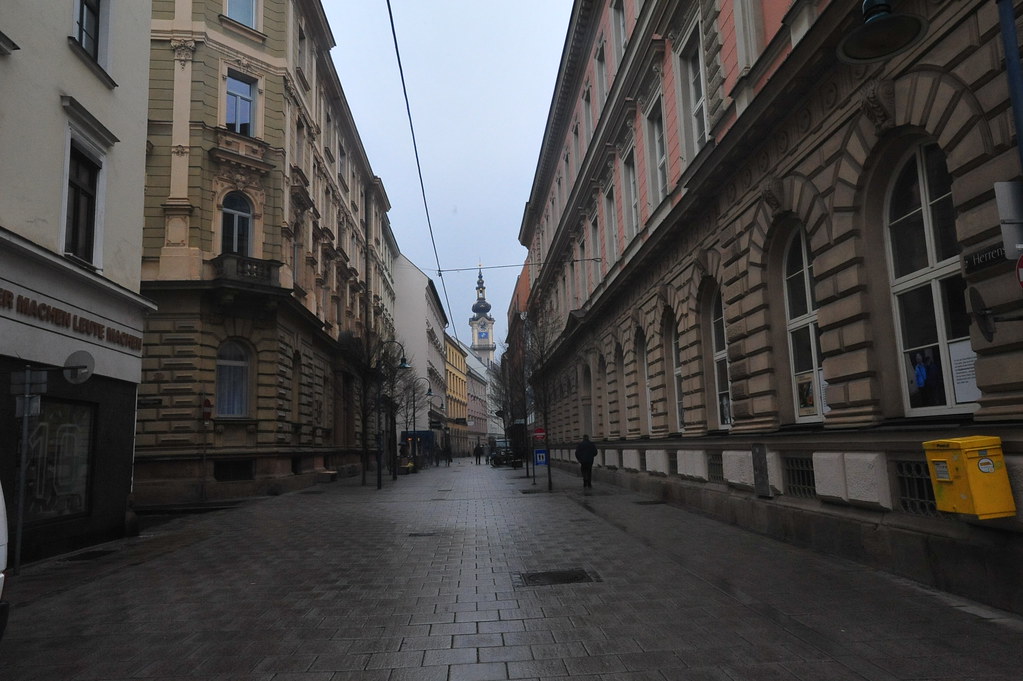 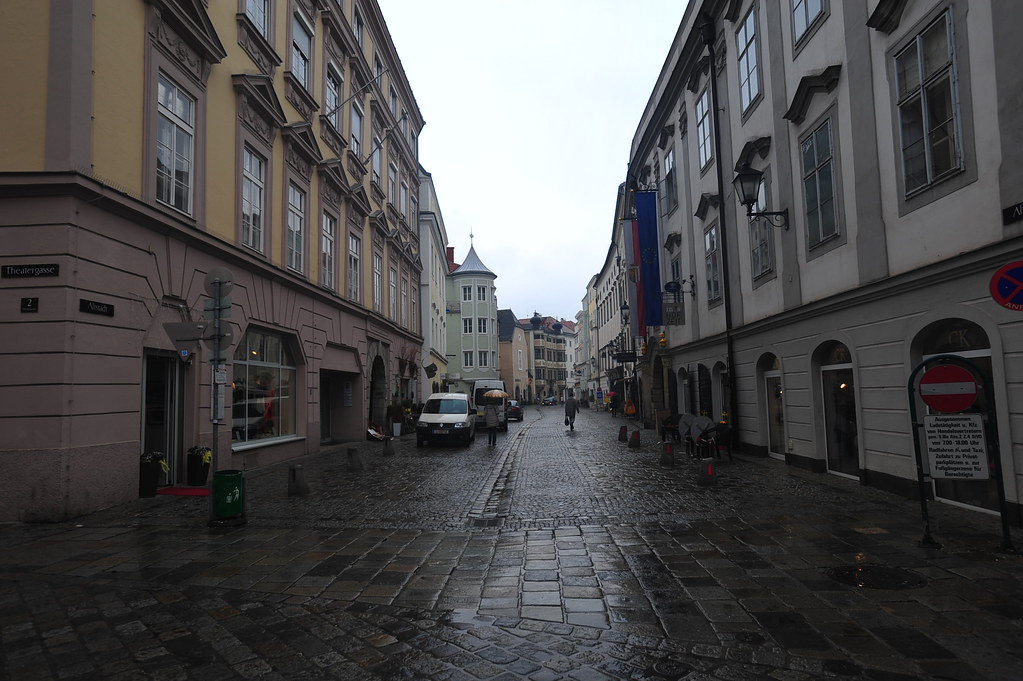 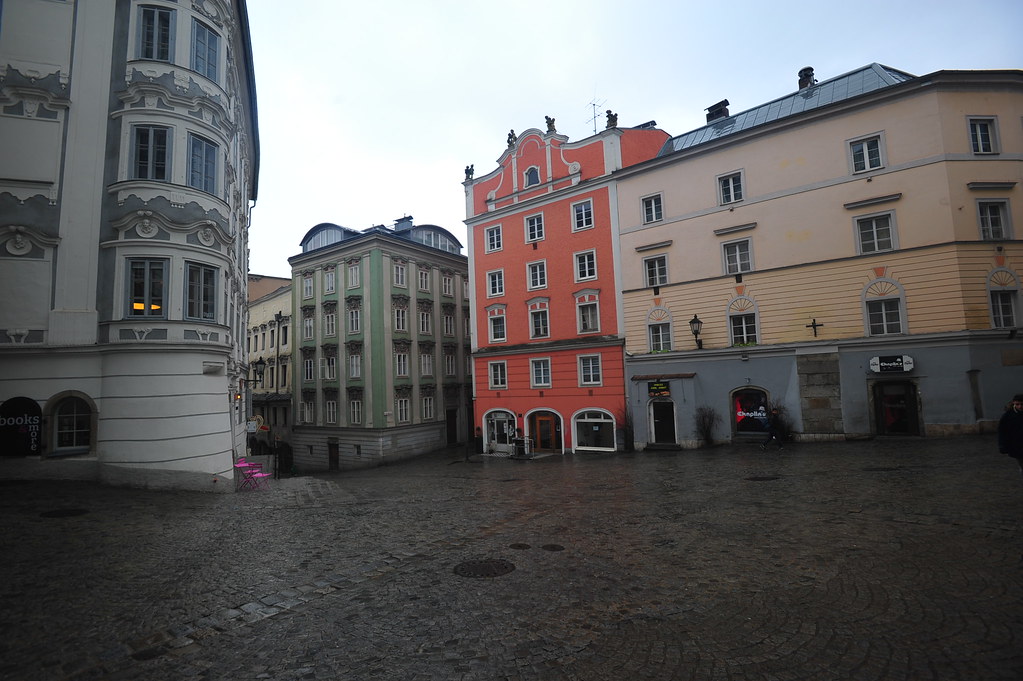 We swung by New Cathedral, built in 1855 and can accommodate 20,000 worshippers: 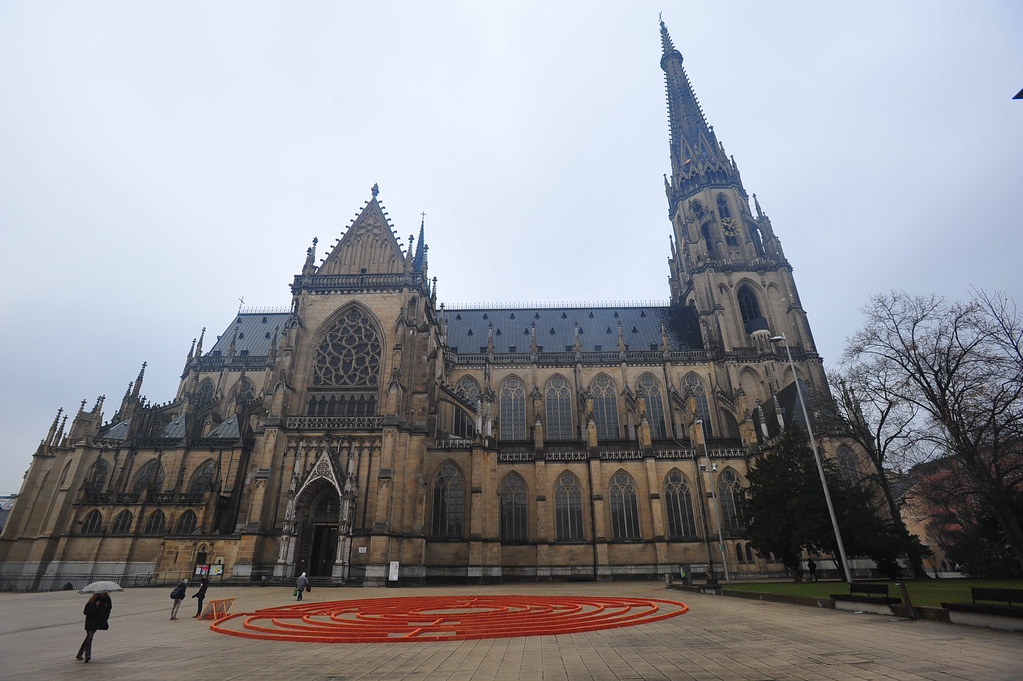 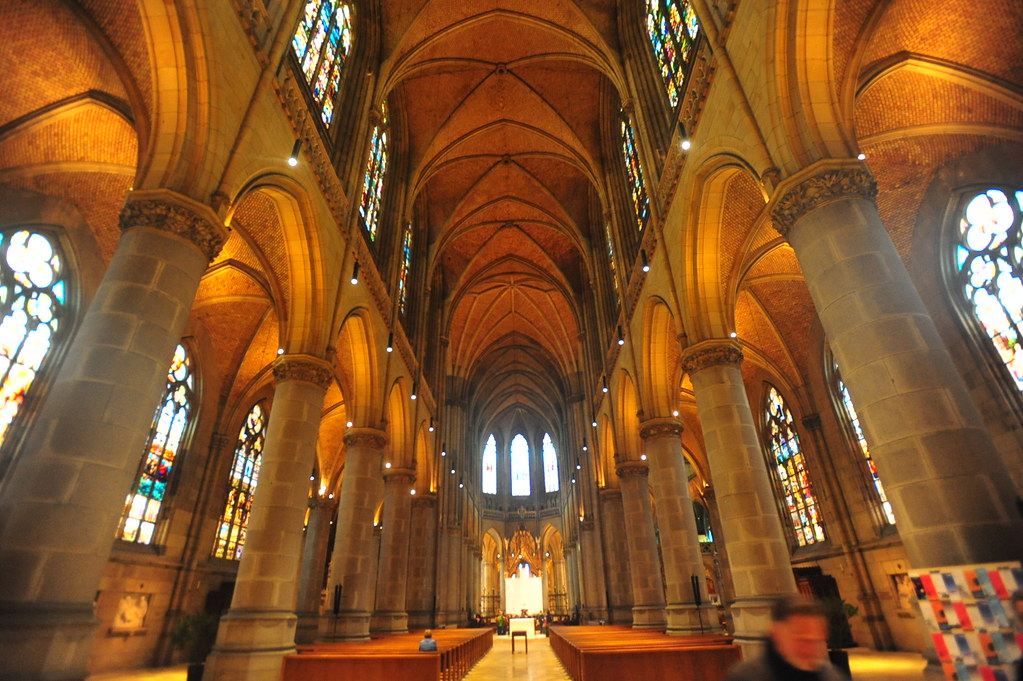 We then had a quick healthy detox brunch at Nom Nom, and headed out towards the Main Square: 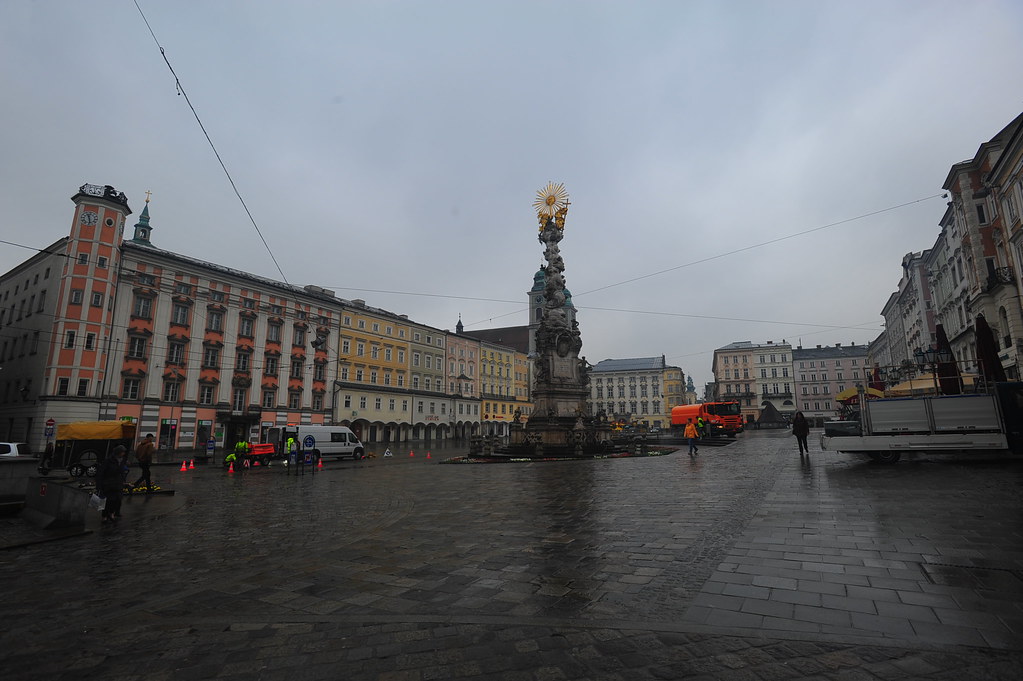 From here we took a 10 minute tram up to Pöstlingbergkirche, built in 1748 and overlooks the city of Linz. 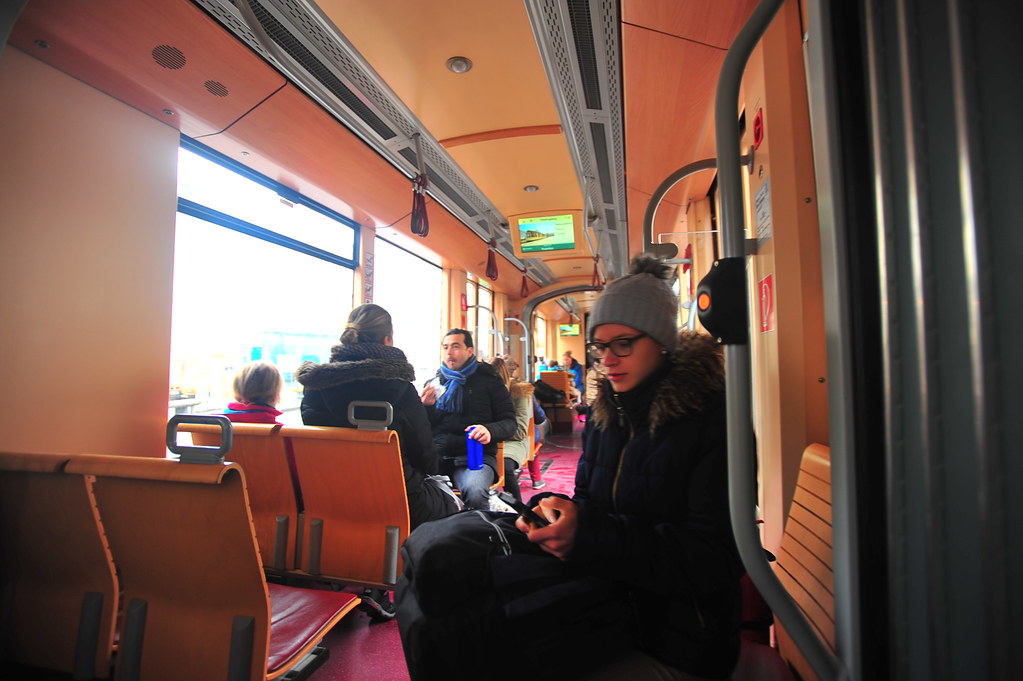 Too bad the fog is all we could see. Nevertheless, it added to the surreal atmosphere of our day. 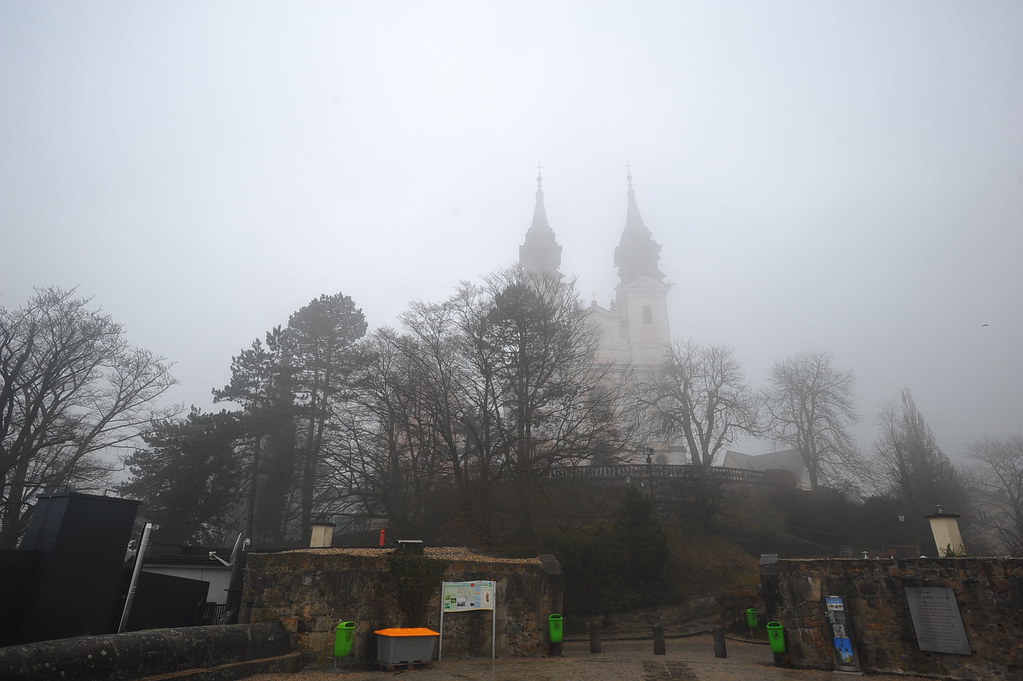 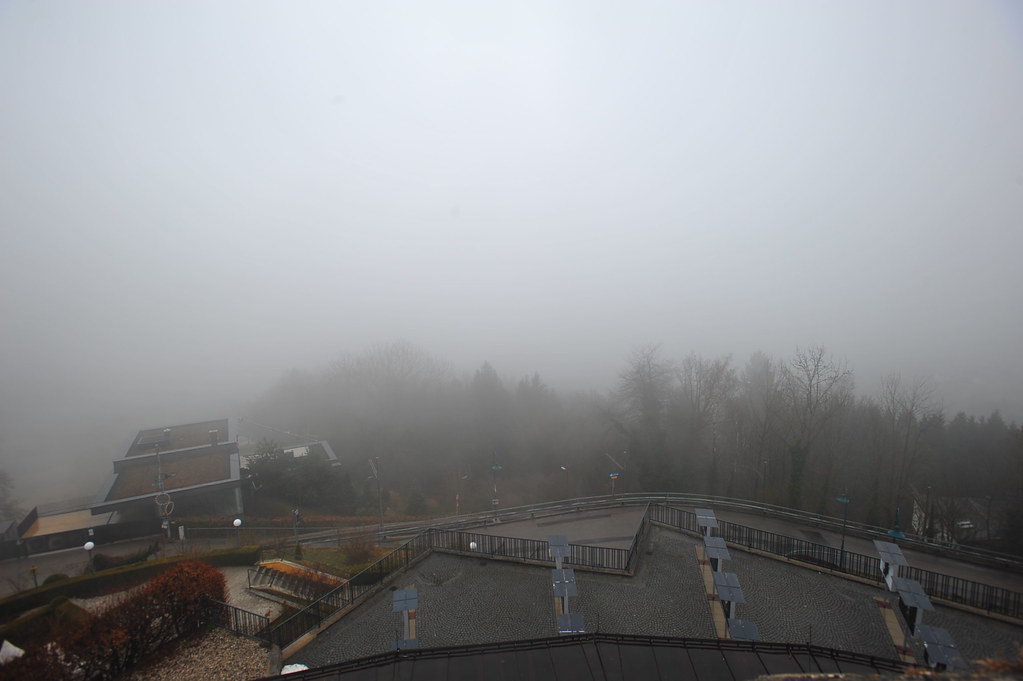 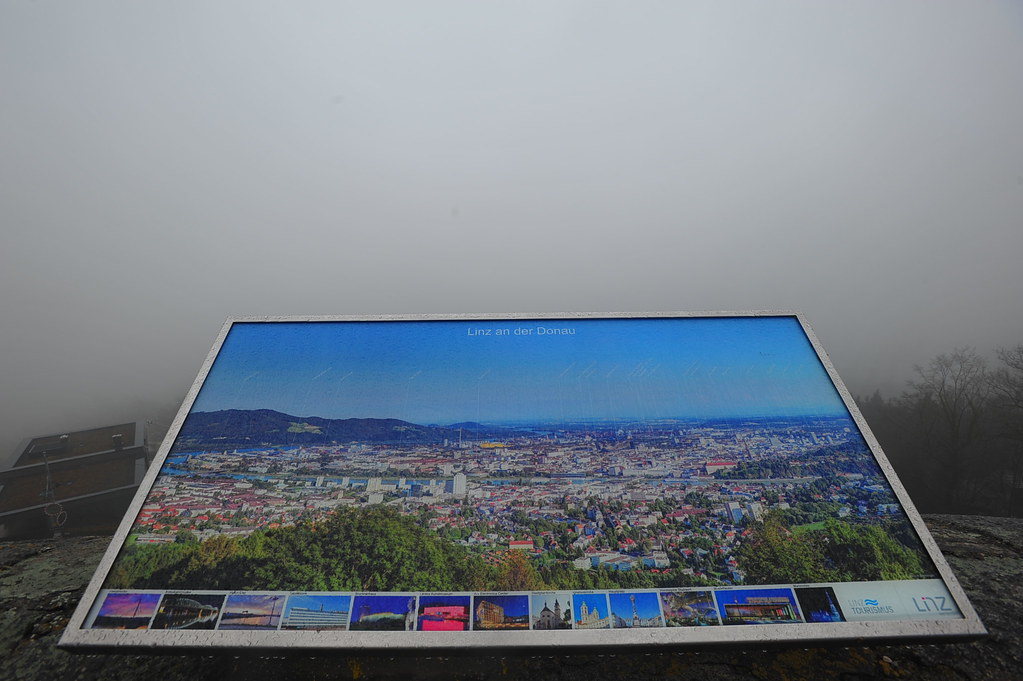 We spent about 10 minutes here before catching the same tram back into town. 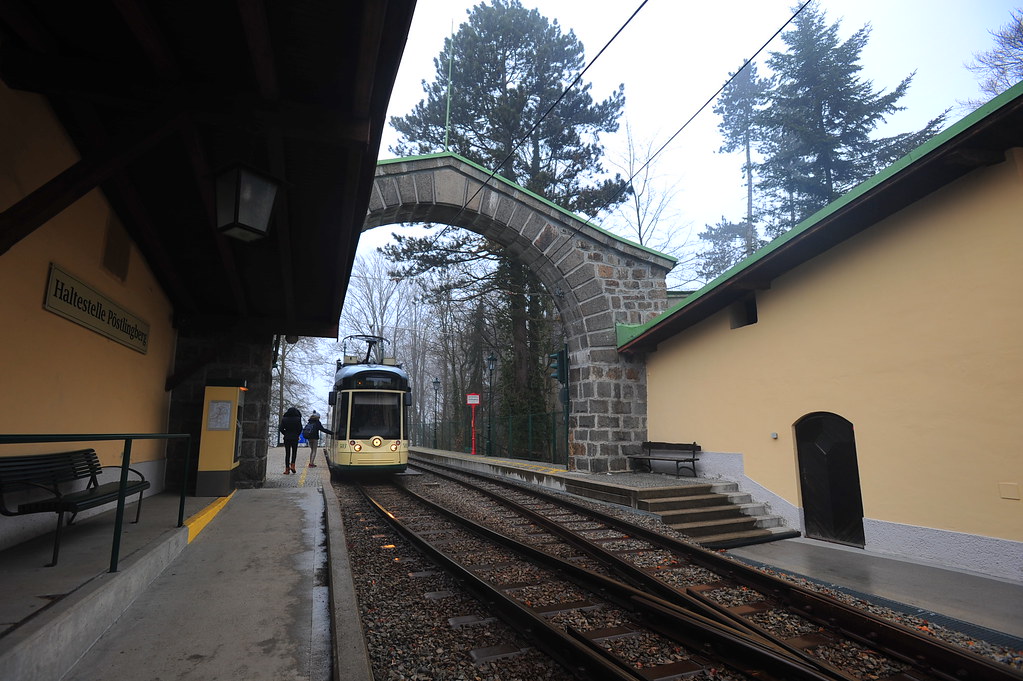 Daniela then had us take a bus from town to the outskirts where she was born and raised. Taking a detour to check out a local bona-fide Austrian restaurant… 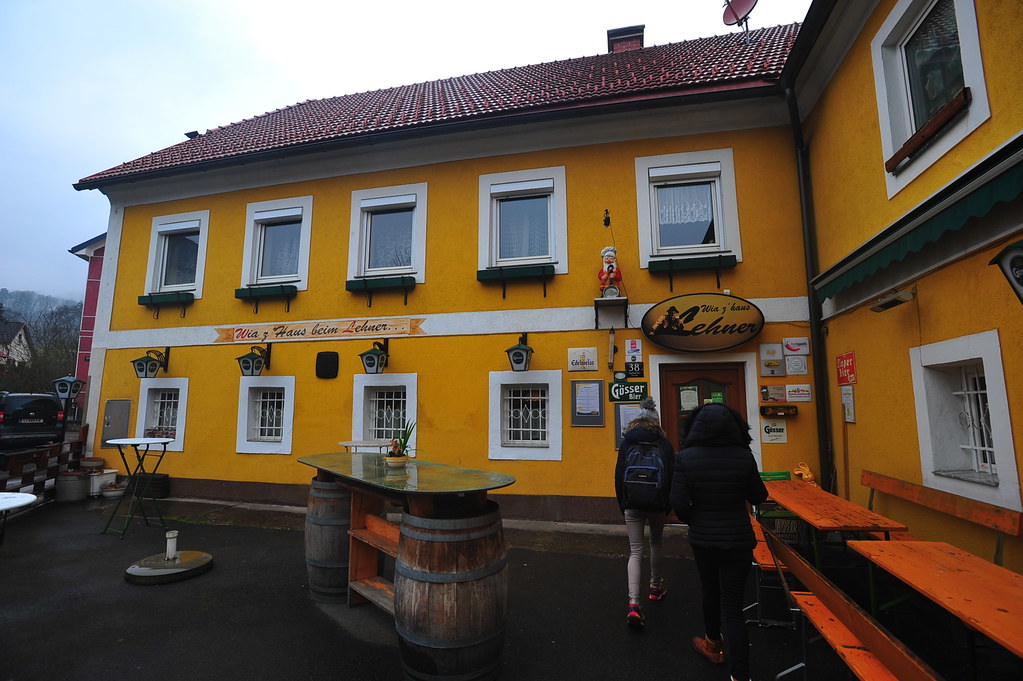 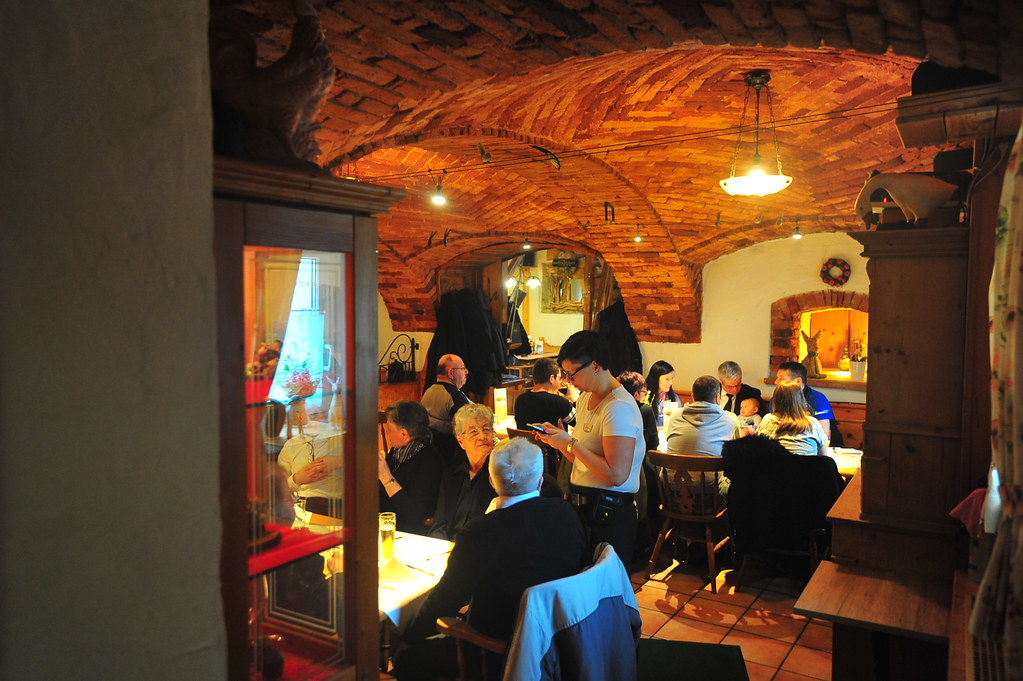 …we then finally arrived at and got to see her childhood apartment where we made some tea in her kitchen. 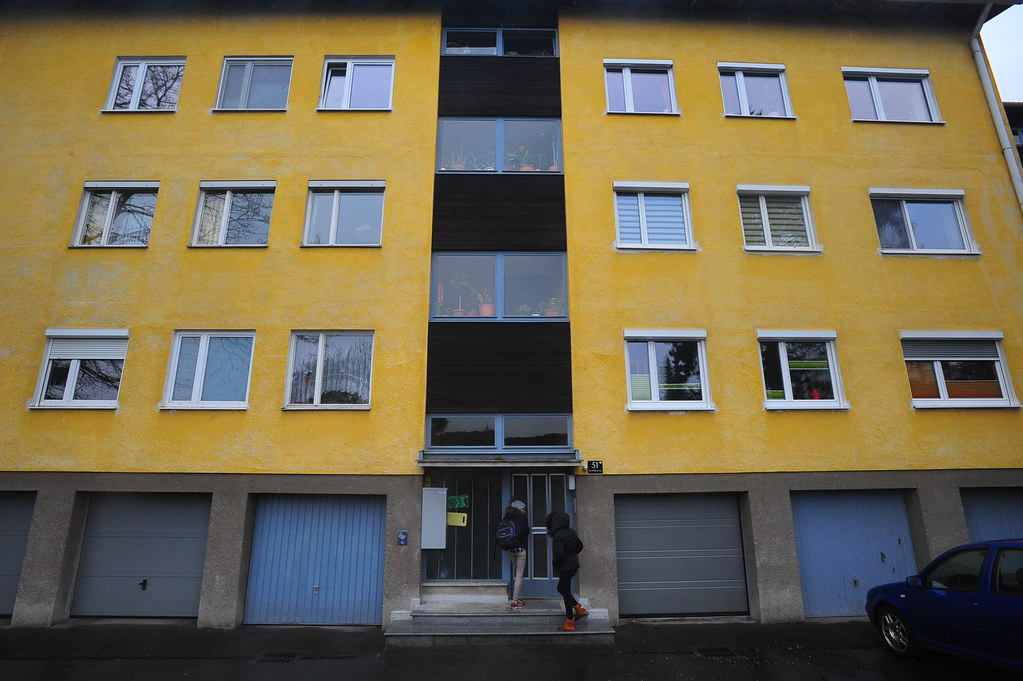 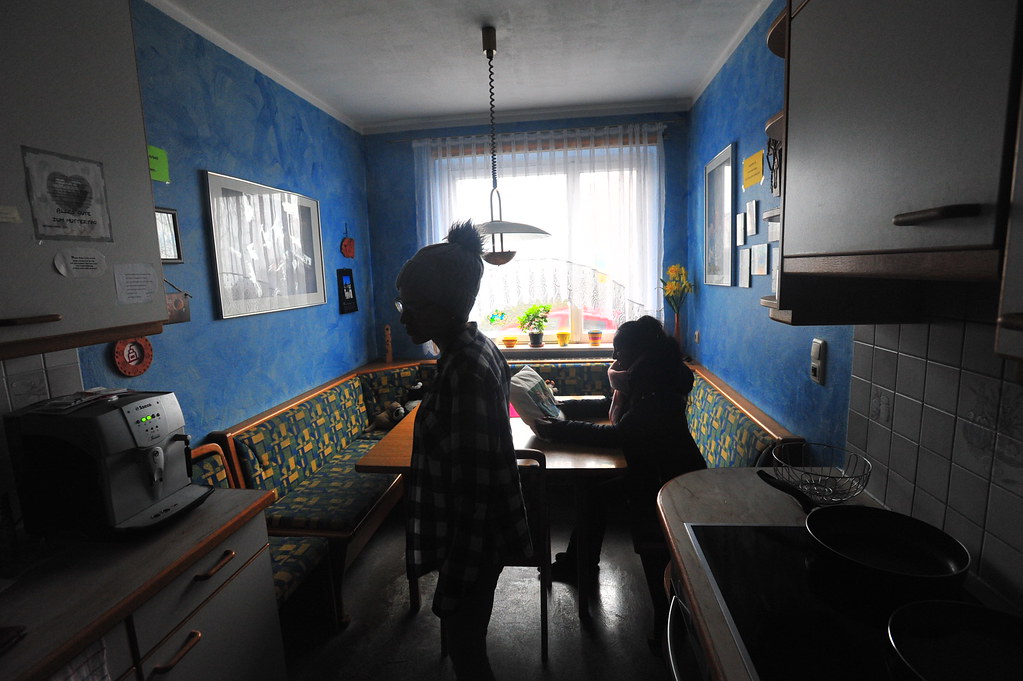 And it wouldn’t be a monsoon without some travel drama to follow: The plan now was for Daniela to drive us back in her family car to the train station, where Keseena would catch her bus out to Munich and I would take a train back to Vienna to catch my flight out to Amsterdam. However, Daniela soon found out that her car battery didn’t work and we had only about 20 minutes before our rides would depart without us. As Daniela convinced her younger brother to give Keseena a ride on his motorcycle to the train station, a cab driver would thankfully arrive out of the blue to take me there as well.

And after seeing a quiet corner of Daniela’s life this morning beyond all the monsooning, it was tough to finally say goodbye to her, to Keseena, and to all this, however brief it was. 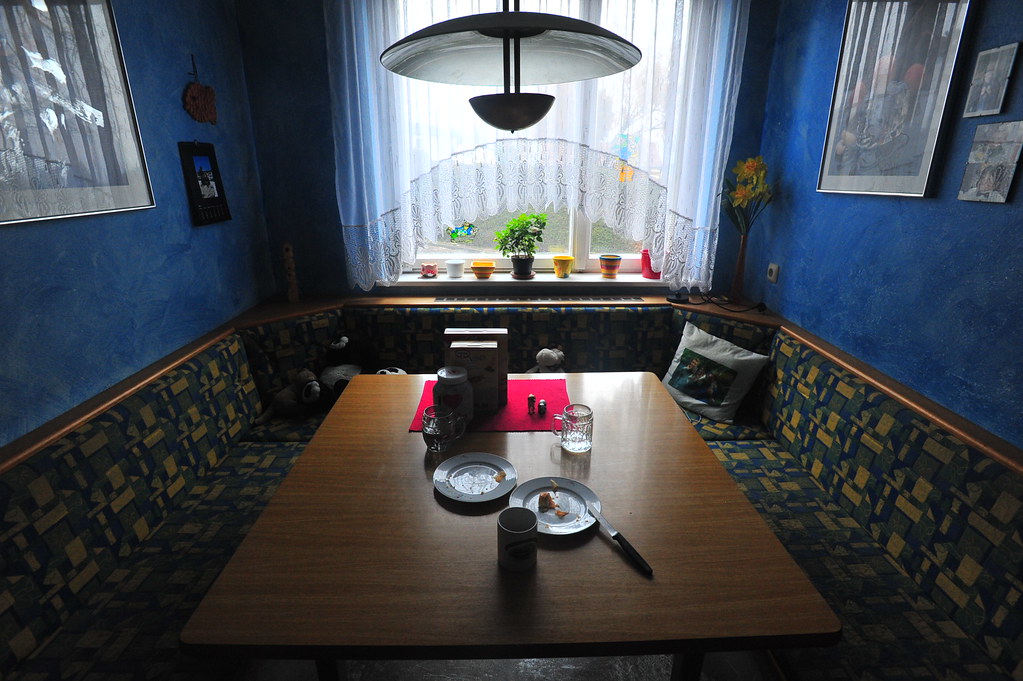 But it doesn’t stop here. Once I returned to Vienna, ANOTHER seemingly random act of coincidence happened: I just reached Platform #10 at Vienna Central Station to board my train to the airport when Jenny and Tommy (remember we had crashed their Ritz Carlton room the night before on our all-night bender in Vienna walked up right behind me to board their train that was leaving on the same time, but on the other side of platform #10.

WTF. I really can’t make this shit up. 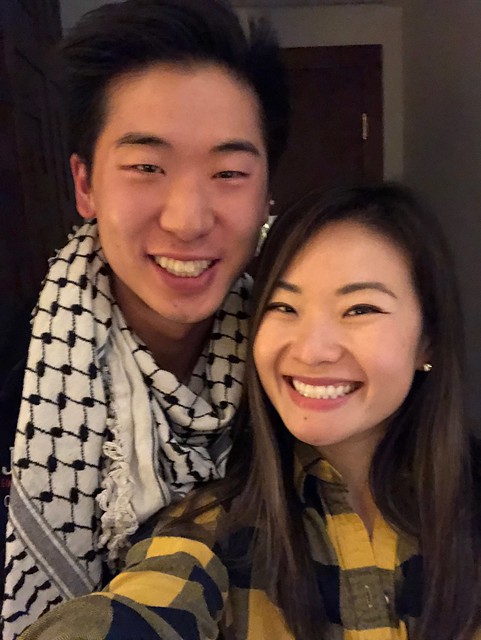 Anyways, I’m now checked into my Austrian Airlines business class flight out (thanks to 60,000 free United miles I acquired through the Chase Sapphire Reserve card) to Amsterdam, while hanging out in the Austrian Airlines lounge at the airport and reminiscing on everything that had just happened in the past 4 days in 5 different European cities with 10 different strangers . . .

. . . and as you can probably tell by now, there’s already a lot to unpackage. 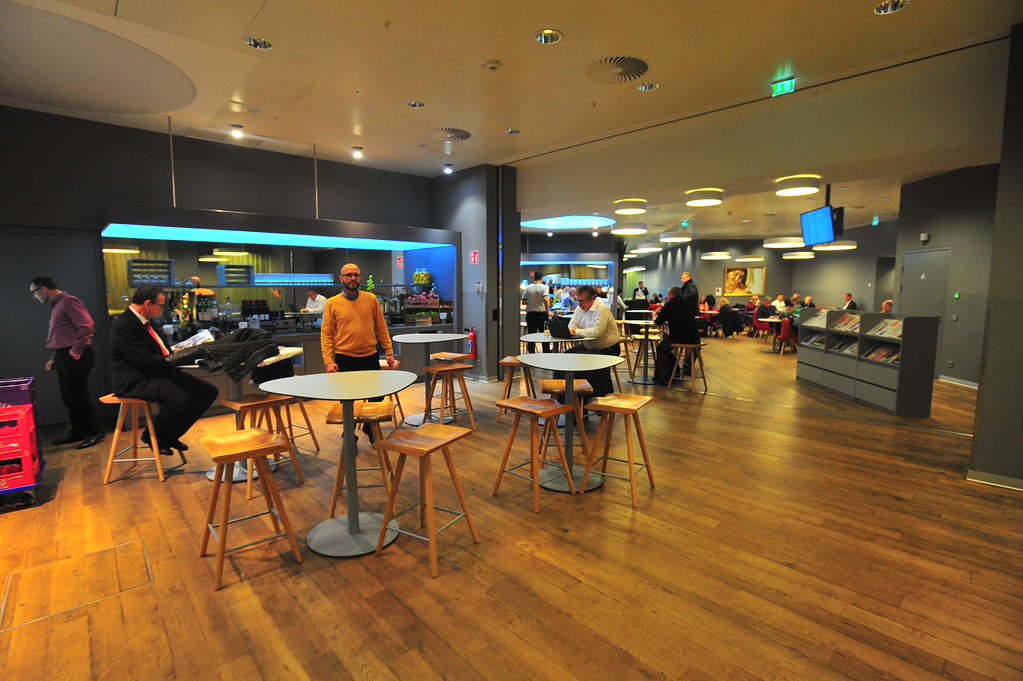