Angola: Once a Portuguese overseas territory from the 16th century to 1975, the country became infamous for becoming the staging ground for a brutal civil war (between the Soviets and an alliance of Western nations that ironically also included China…one of the few times the USA and China fought on the same side!) from 1975 to 2002 soon after establishing its independence.

And despite ranking as the 2nd largest petroleum and diamond producer in sub-Saharan Africa, Angola unjustly has become notorious for having been one of the worst ranked in the world for life expectancy and infant mortality rates; its vast wealth of natural resources are known to bypass the local populace and pipe-lined straight to the pockets of politicians, miners, oilmen and multinational corporations.

Nevertheless, there has been signs of recent progress: Recent investments by oil production has upgraded critical infrastructure, improved standard of living, increased life expectancy from 46 years in 2002 to 51 in 2011, reduced mortality rates for children from 25% in 2001 to 19% in 2010, and has tripled the number of students enrolled in primary school. Evidence remains to be seen whether wealth inequality will persist.

For the longest time Angola remained cordoned off from the rest of the known world and maintained tight control over restricting tourists from visiting, until exactly 2 years ago by presidential decree. From March 30, 2018, many nationalities can now receive a 30 day tourist visa on arrival (e.g. EU, US, Canada, much of southern Africa) after simply registering online (although you’ll need to upload a ton of paperwork). Furthermore, a visa is not needed for international airline transfers of less than 24 hours, and visitors from Namibia, Zimbabwe, Botswana, Mozambique, and South Africa are completely visa-free.

Furthermore now that we’re here and if everything goes according to plan (which we know in travel, they never do, so fingers crossed!), we will be visiting not only Angola proper but also the rarely visited exclave of Cabinda, aka “The Kuwait of Africa.” About the size of Delaware, Cabinda is where 65% of Angola’s oil is sourced and where a separatist guerrilla group called FLEC still maintains an active influence despite a peace treaty signed in 2006. 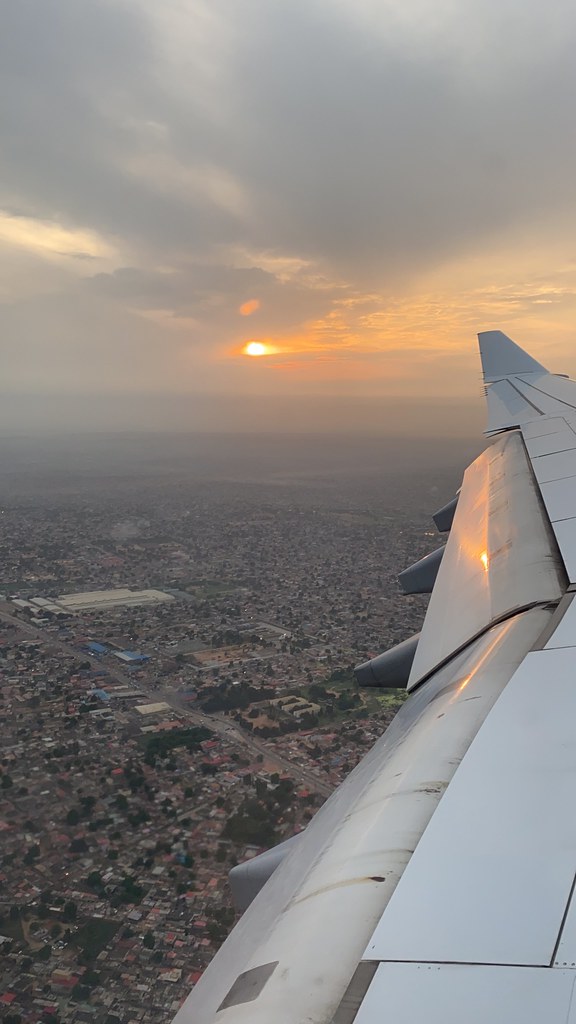 So after extended layovers in Zurich and Frankfurt, I arrived at 7:00am in the morning today at 4 de Fevereiro Airport, the international airport of Angola’s capital and the world’s most expensive city, Luanda . . . which is ironic since Angola’s flag literally imitates that of the former Soviet Union’s hammer and sickle: 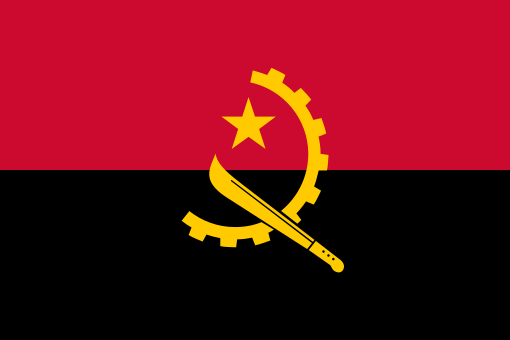 When I arrived at the terminal there were already signs of COVID-19 and coronavirus concerns in ways that I didn’t even notice during my layovers at Zurich and Frankfurt.

Immediately upon entering the terminal, staff obliged me to disinfect my hands with hand sanitizer and then took my temperature, after which I was asked to present a copy of my Yellow Fever certificate at the desk. 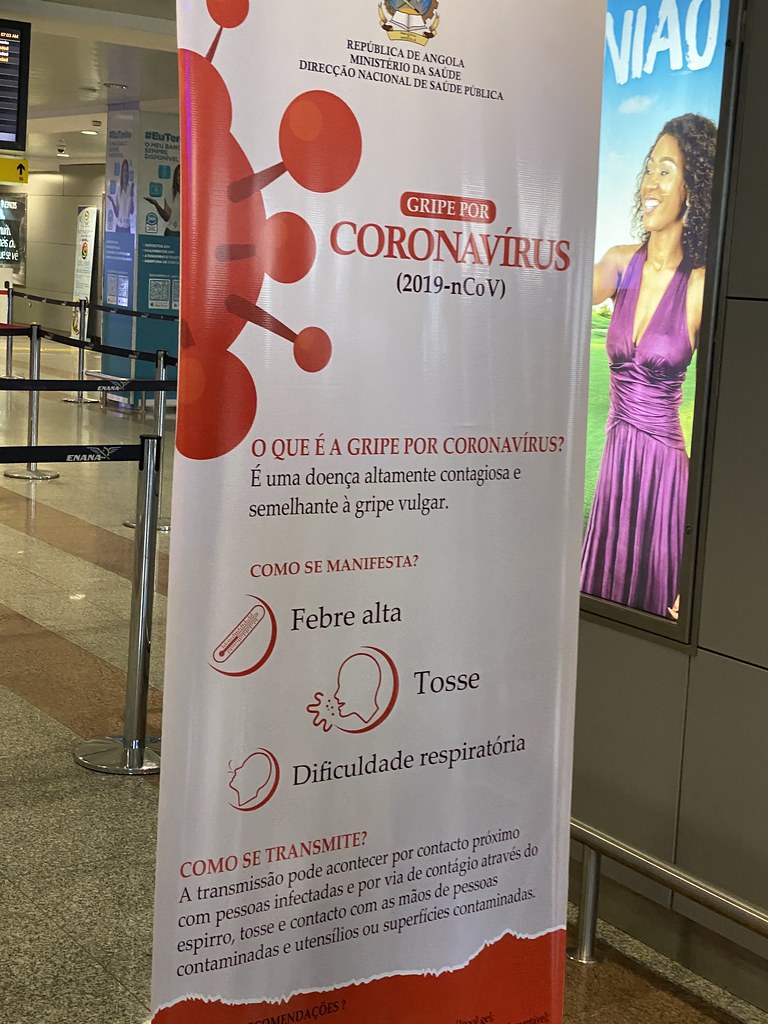 Next I turned left to visit the SME office where I presented my pre-approval letter for my visa that I had obtained online on the SME website last week.

The office was quite crowded with other tourists, which made for about a 30 minute wait until they got to my passport. 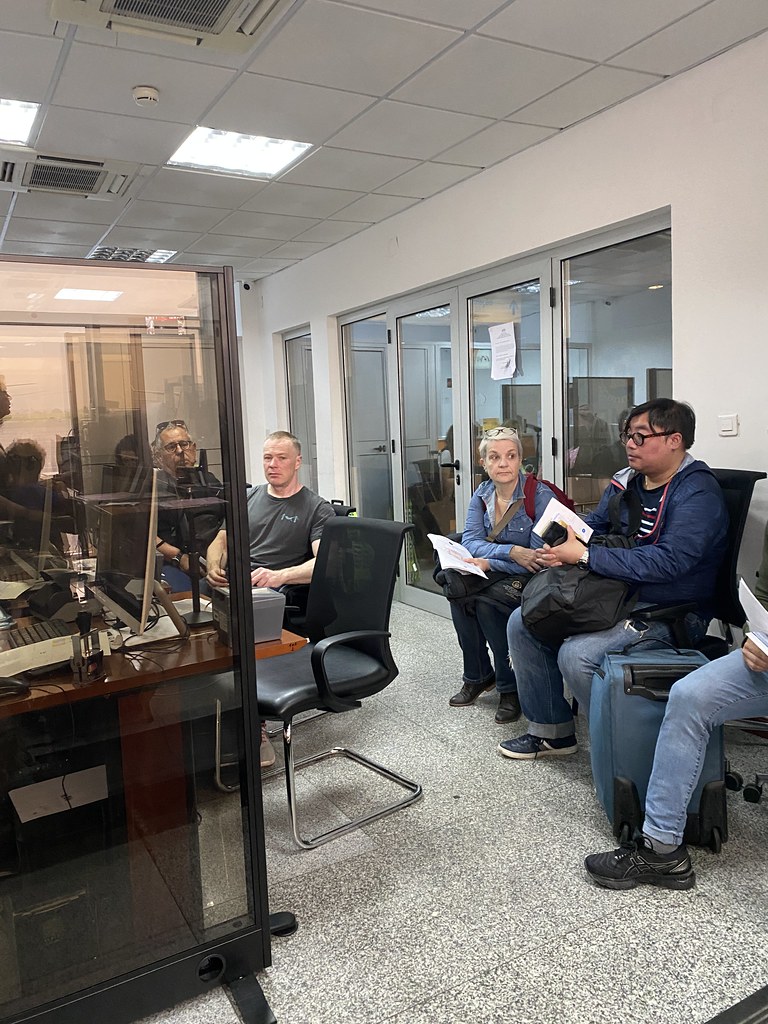 There staff took my pre-approval letter with passport and generated me an invoice for $120 USD. Then I paid off the invoice in a separate room within the SME office. The office accepts cash in USD, Euros, or Pounds, or VISA credit cards (although the credit card option wasn’t working for me when I tried). 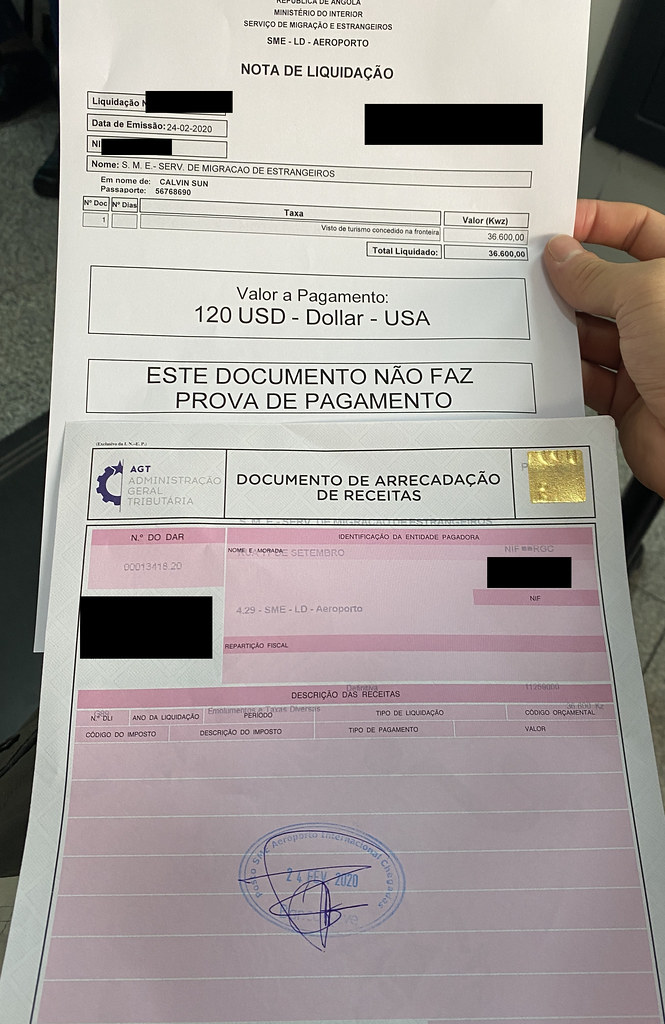 After a few minutes of processing and taking your photo, they then stuck this fresh new visa in my passport: 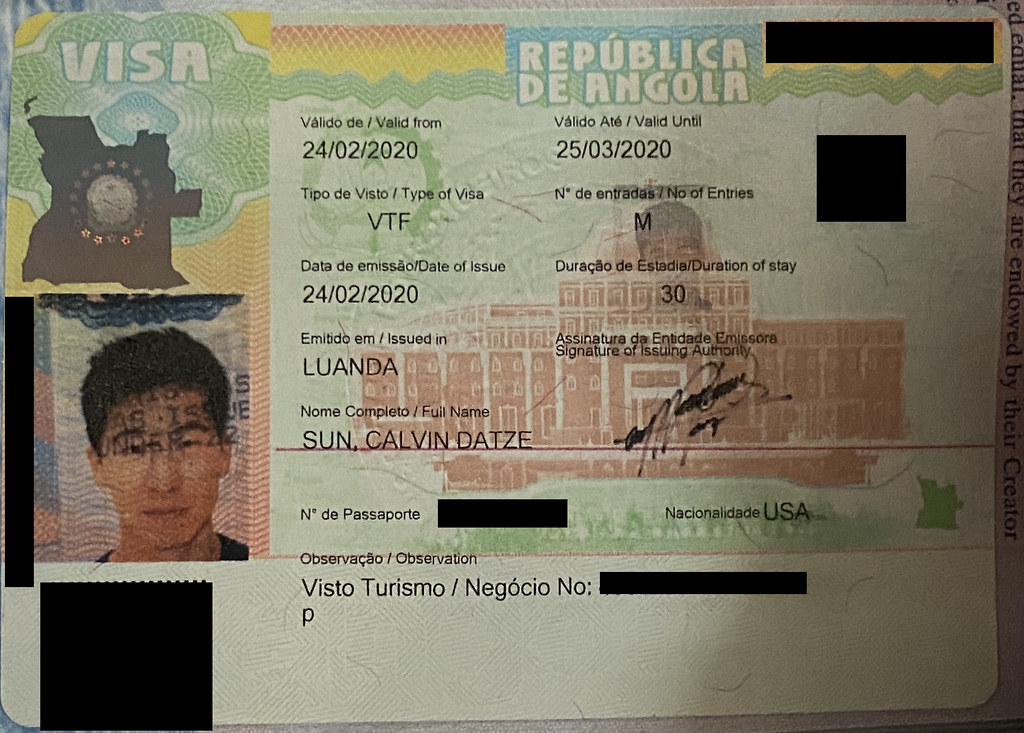 Once you have your visa, you can walk straight ahead to the baggage claims, past customs, and into arrivals. 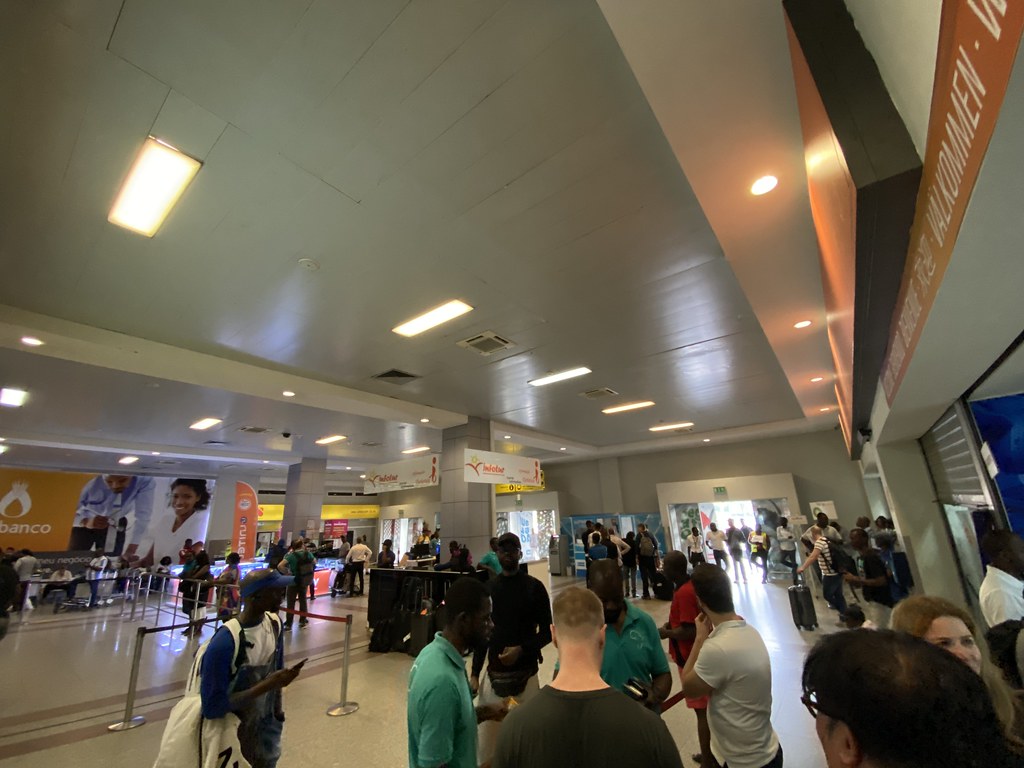 Once I hit the arrivals hall I was promptly picked up by my buddy Rik, whom I have a tradition of grabbing a beer with at random stopovers in Amsterdam and an occasional Iraqi city. 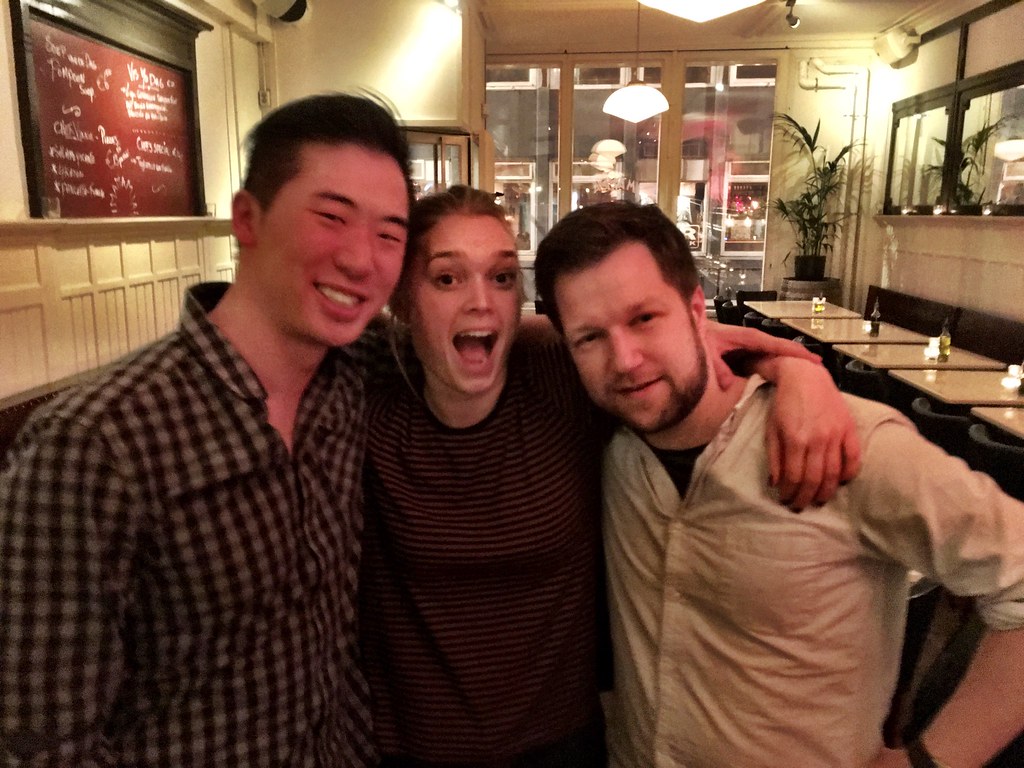 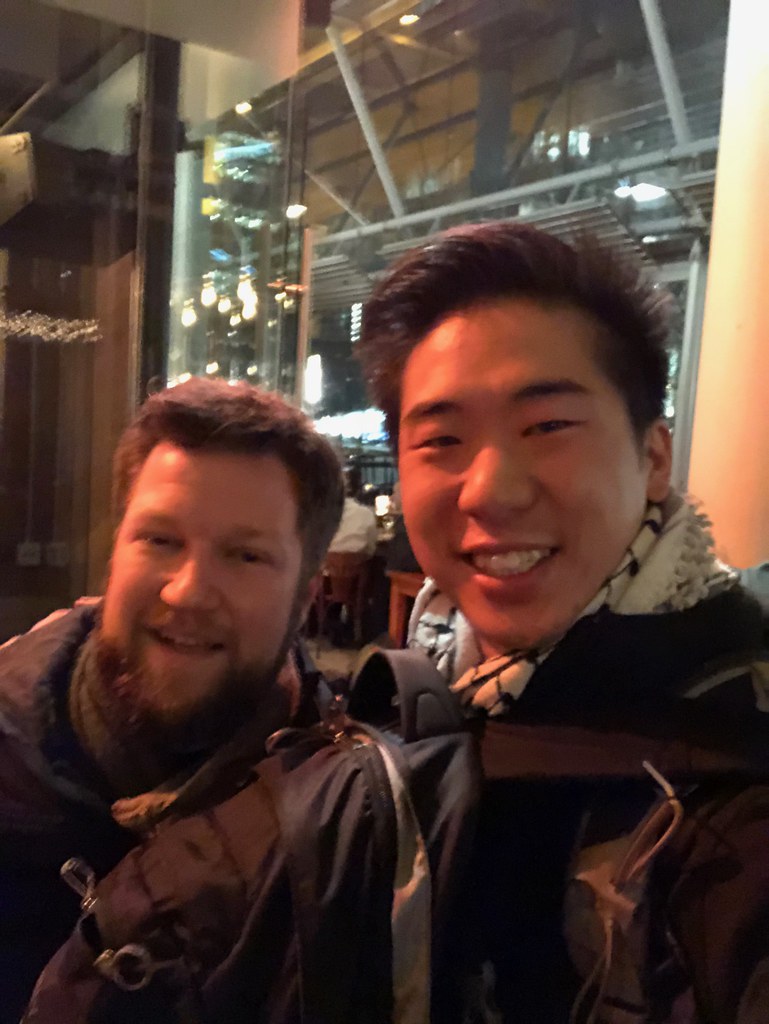 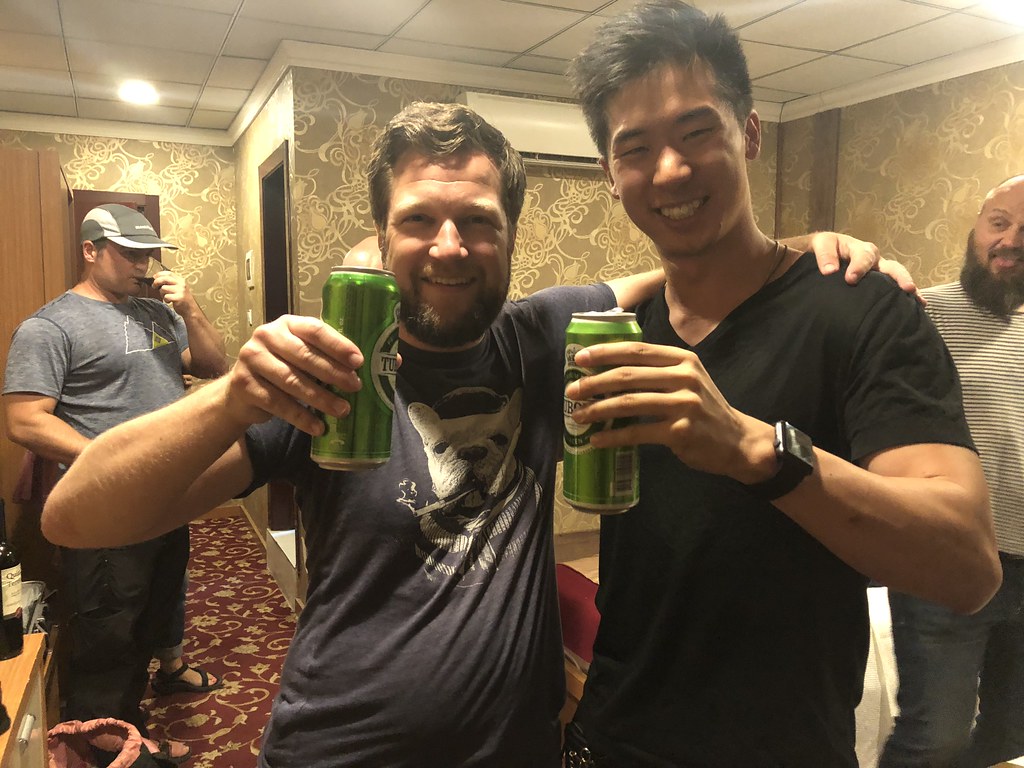 As we took some time waiting for others in our group to arrive and got some coffee, I tried my hand at installing a foreign SIM card for the first time ever (Sprint’s Global Roaming unfortunately doesn’t cover Angola as I got a text I would be charged $2 USD for each MB of data!). A comedy of errors soon ensued as not only did the foreign SIM card not work for me (although it worked for everyone else), but then I lost my original SIM card when trying to replace it!

I swear I had performed an inadvertent magic trick on myself as I literally and consciously ensured I would see that my original SIM card would go back in my phone, only to have the phone report “MISSING SIM.” When I open the SIM card slot back out to see what was wrong, it was empty! I even returned to the airport with a flashlight scouring the floor to the amusement of airport staff, but alas, to no avail as I could not find where I dropped my chip.

What a great start to the trip, but as I prefer to see it: it’s a sign to disconnect once again, that I need to go back off the grid, that this is a necessary detox, and all my best trips have a tradition of starting with big giant fails. 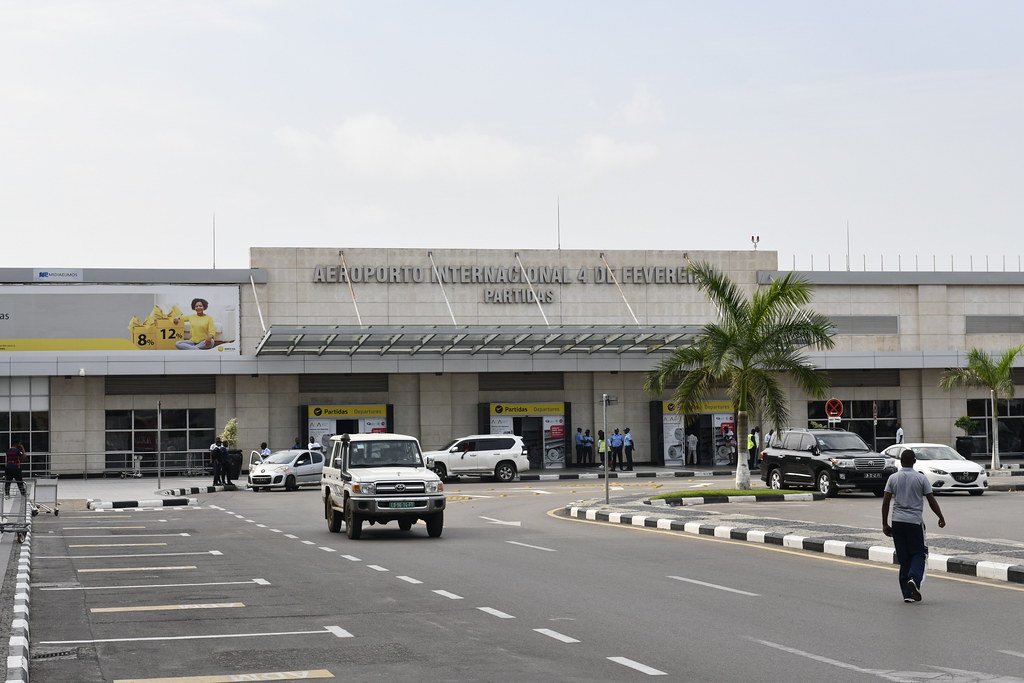 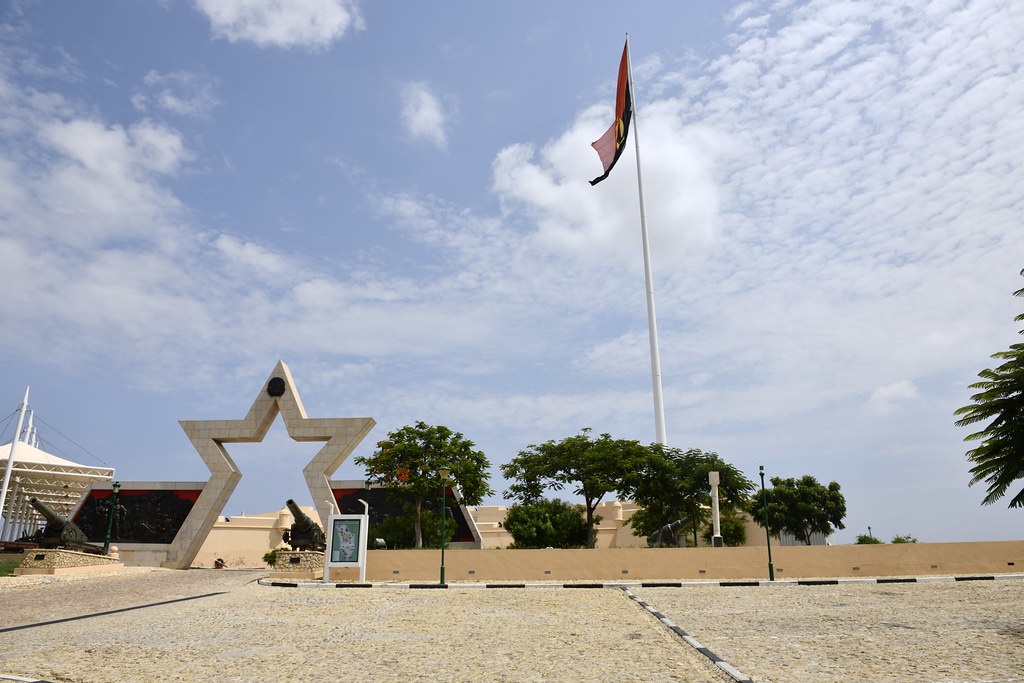 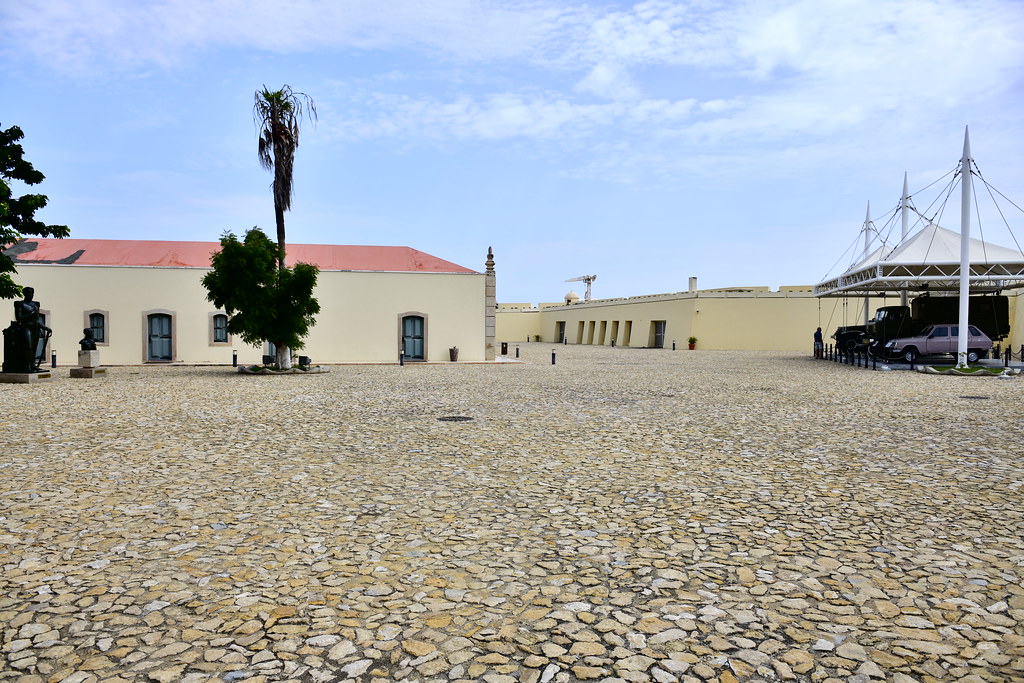 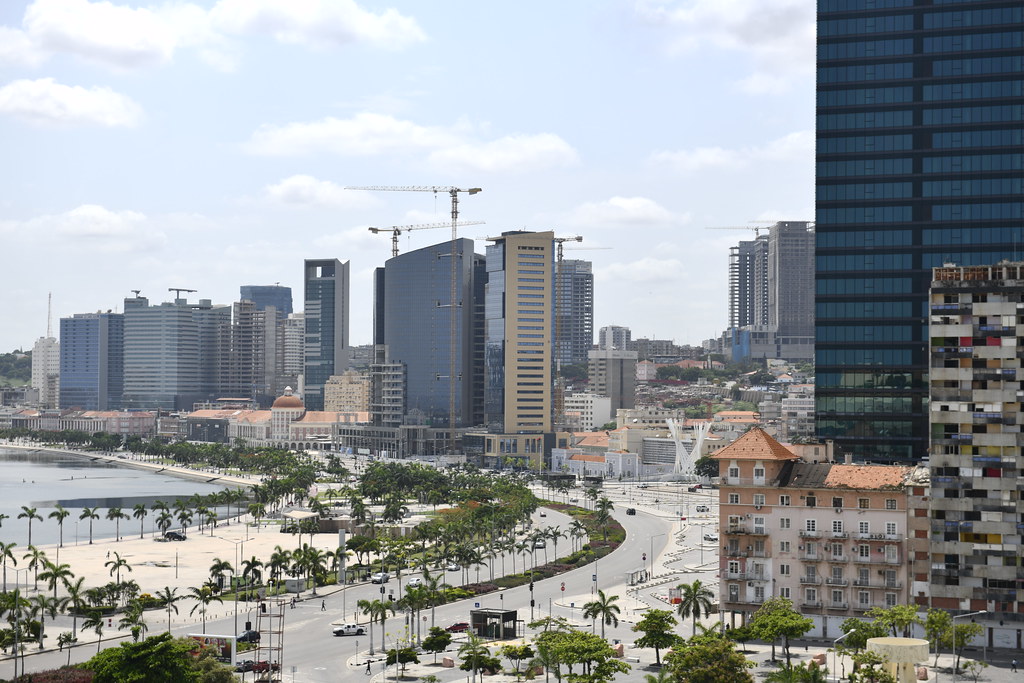 However, my favorite part was its propaganda art at the front. So impressive it could make North Korea blush. 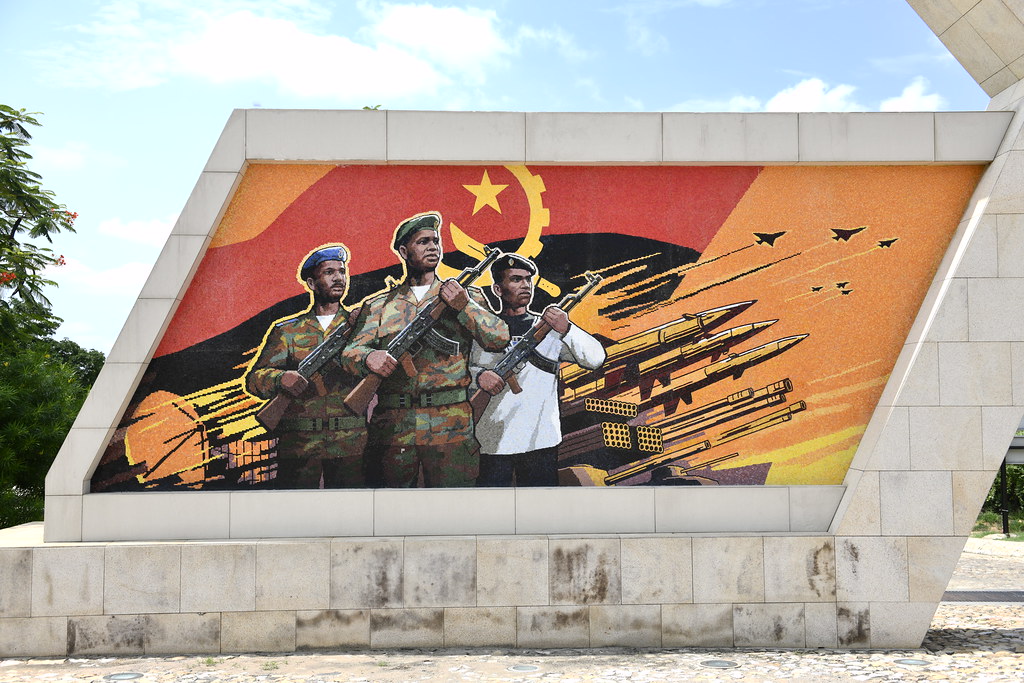 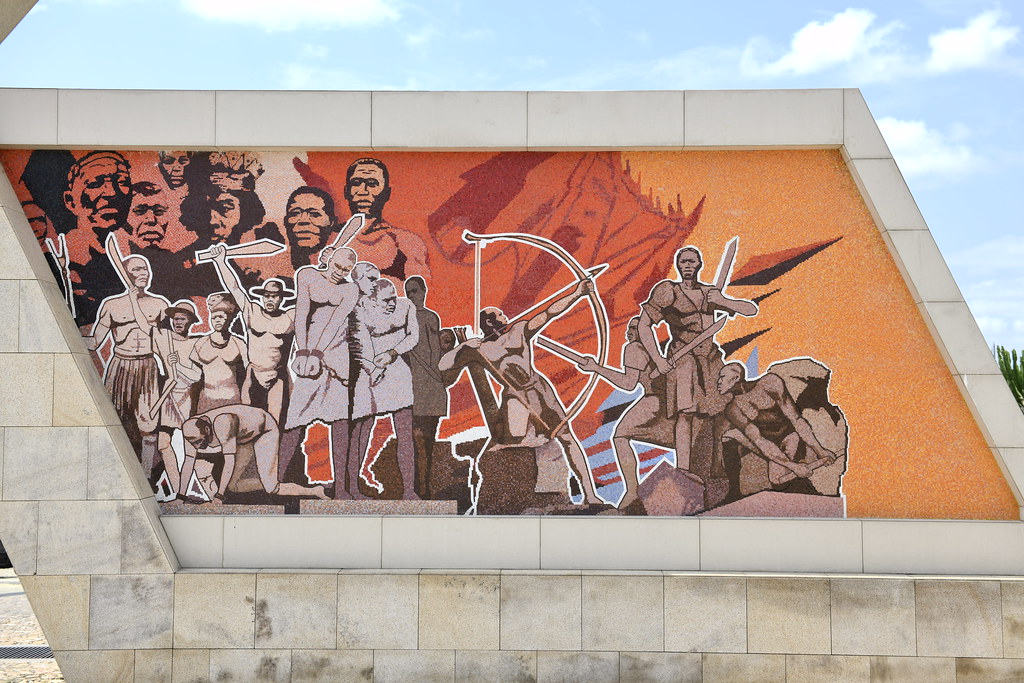 Afterwards we drove down to Igreja de Nossa Senhora da Nazaré, a church built on the famous 4 de Fevereiro avenue. 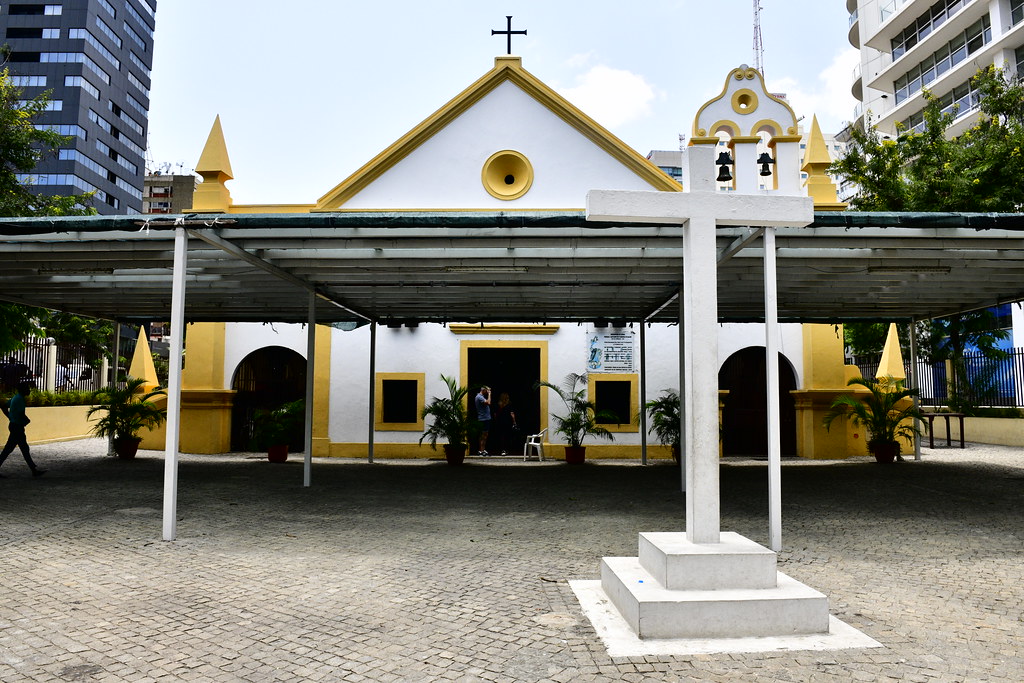 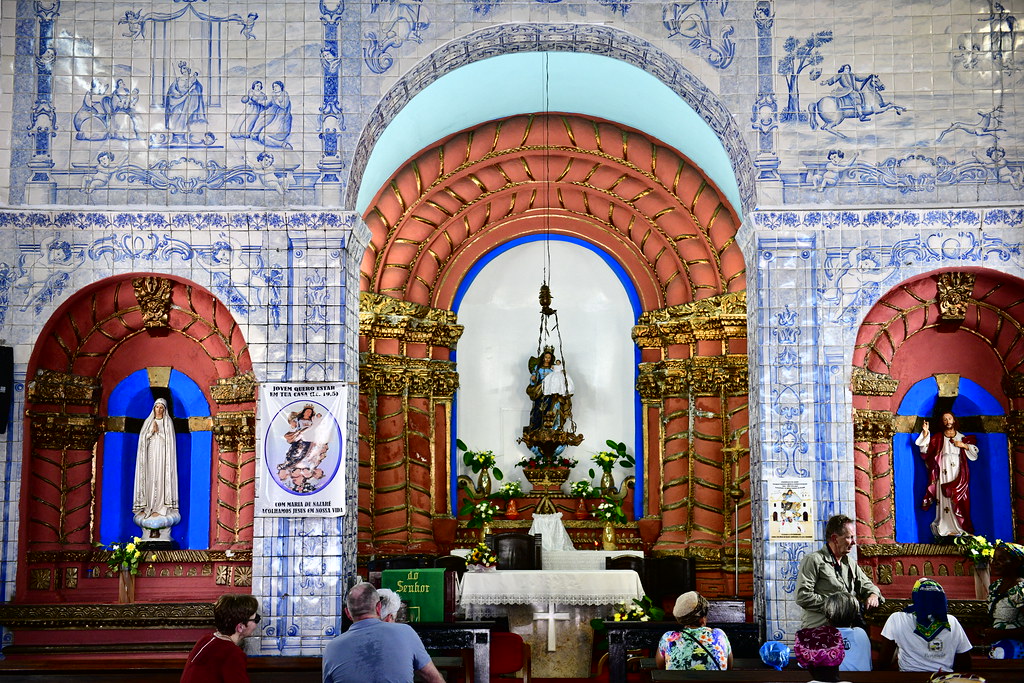 After 10 minutes there, we then stopped at the Memorial to the Unknown Soldier. 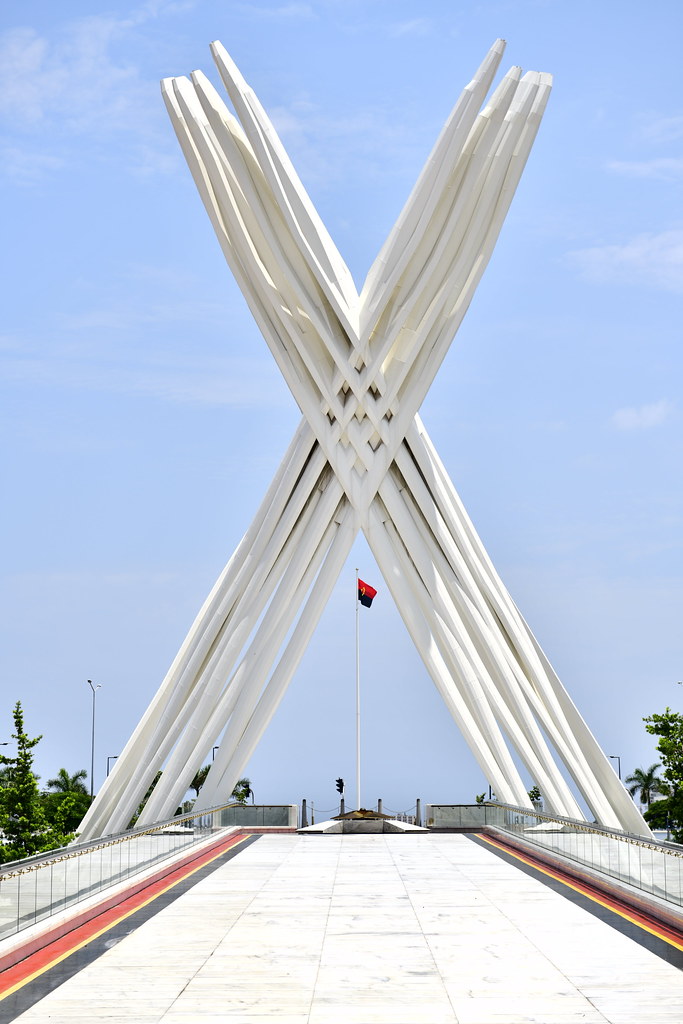 We then drove on to The Iron Palace, where with its wildly obnoxiously yellow exterior, it is made entirely of iron. Many wild stories surround the origin of the building. 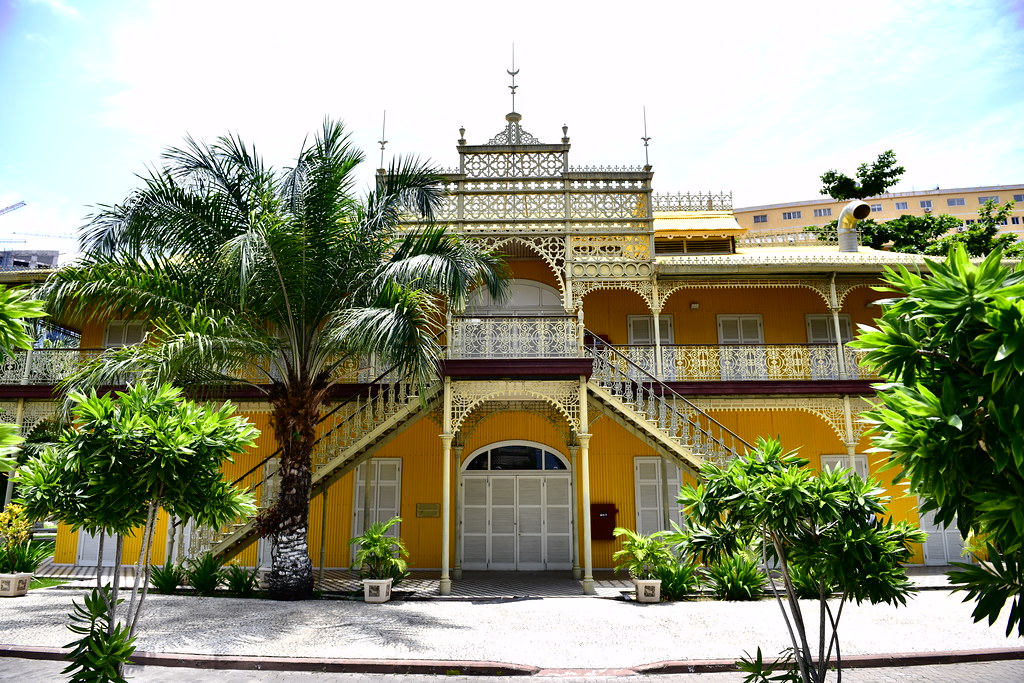 Rumor has it that this was the work of Gustav Eiffel and that the ship carrying his prebuilt edifice had drifted off course upon the Skeleton Coast, before being claimed by Portuguese authorities and placed in Luanda.

The building is currently going through re-purposing hell as nobody is sure what to do with the structure after it was recently reopened to the public. 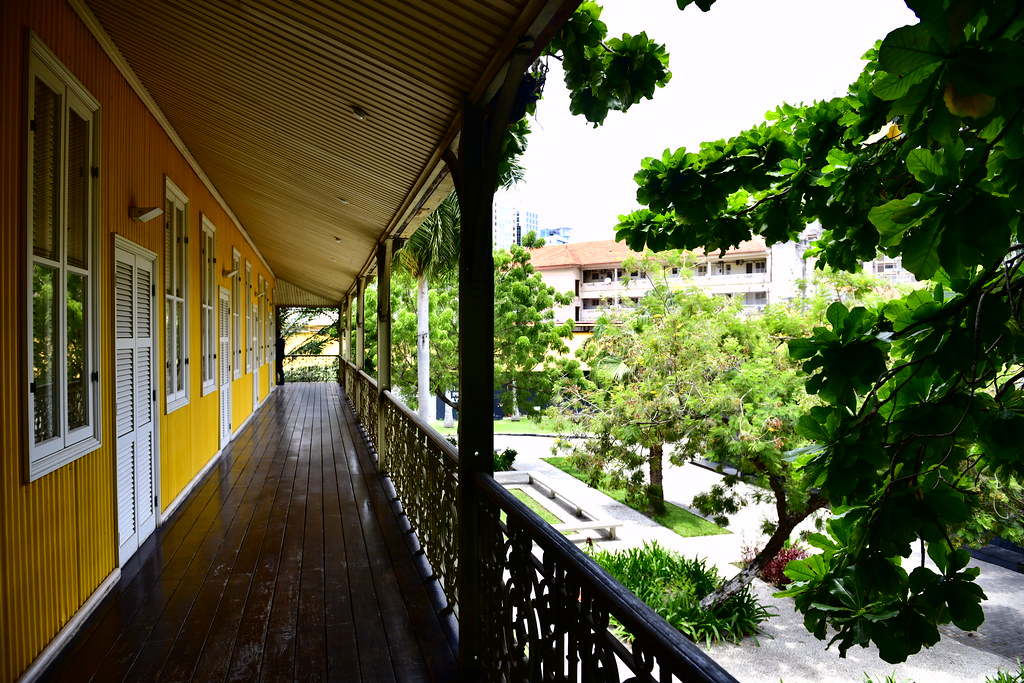 Given that the Iron Palace was closed, we headed onwards to finish off our first day at Independence Square: 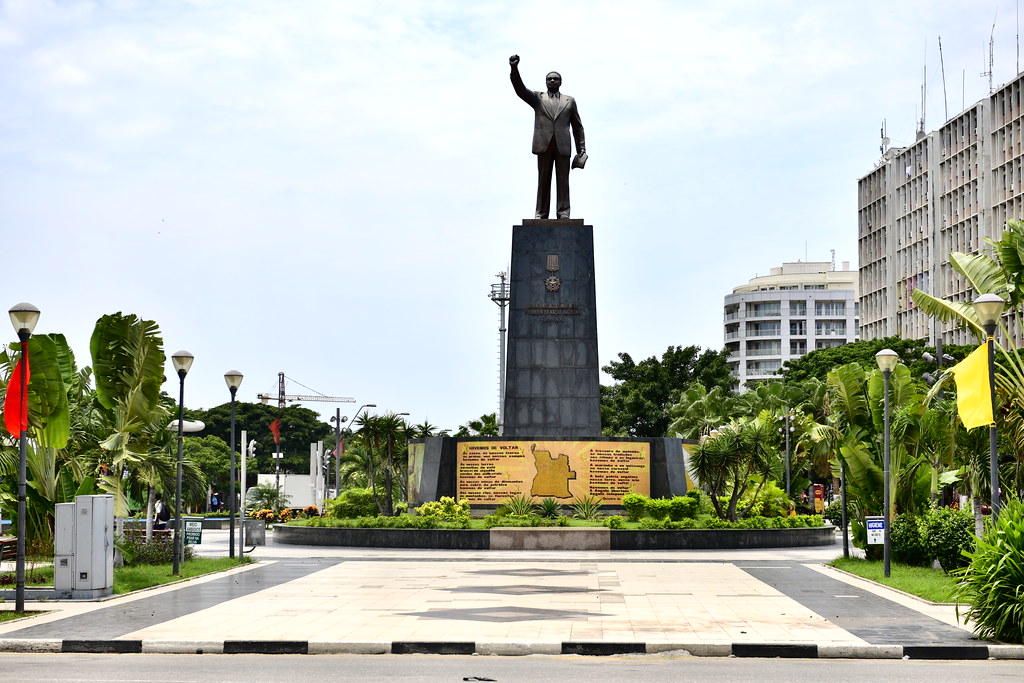 It features a statue of the country’s first president, Neto, and large reliefs at the bottom featuring Soviet-inspired mosaics. 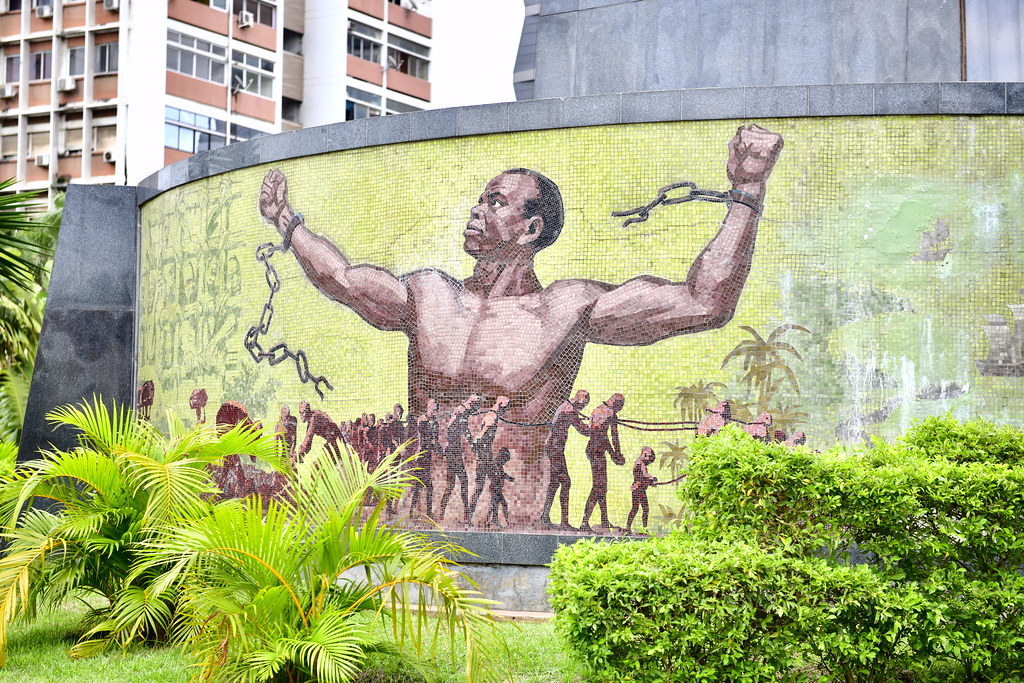 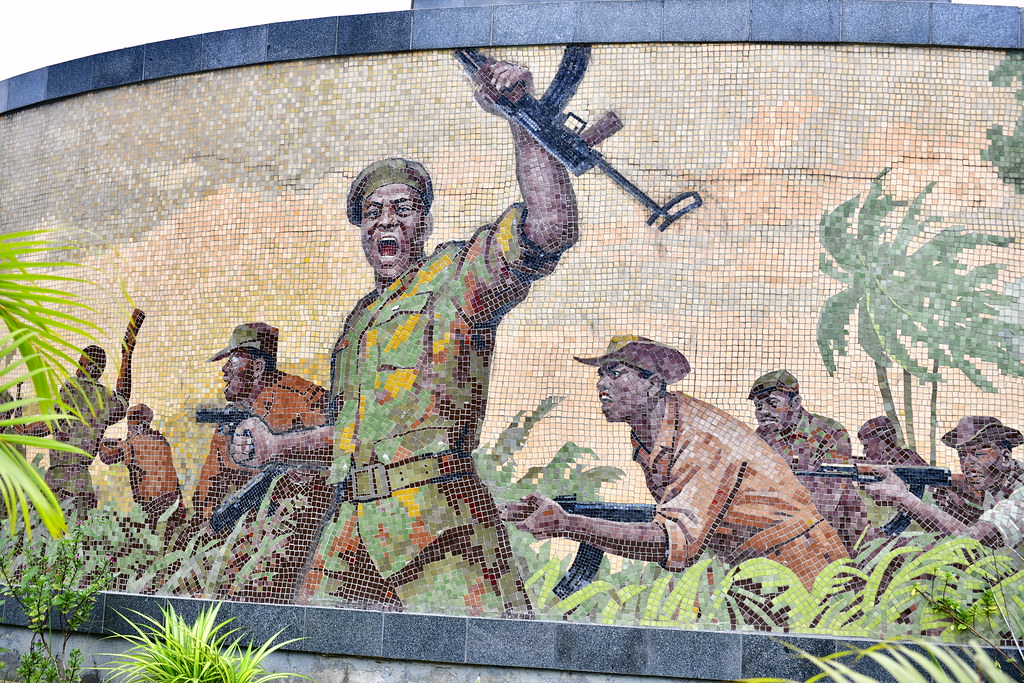 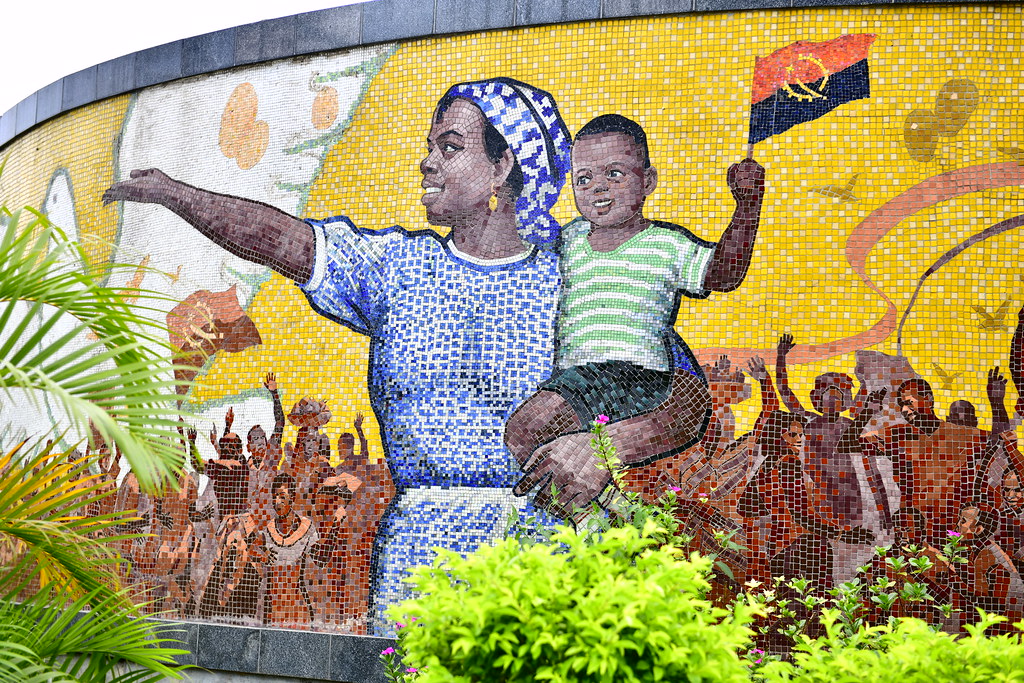 First day in the books! We finished off with a deliciously cooked fresh fish that costs $8 USD (4000 kwanza…not bad for the “most expensive city in the world”): 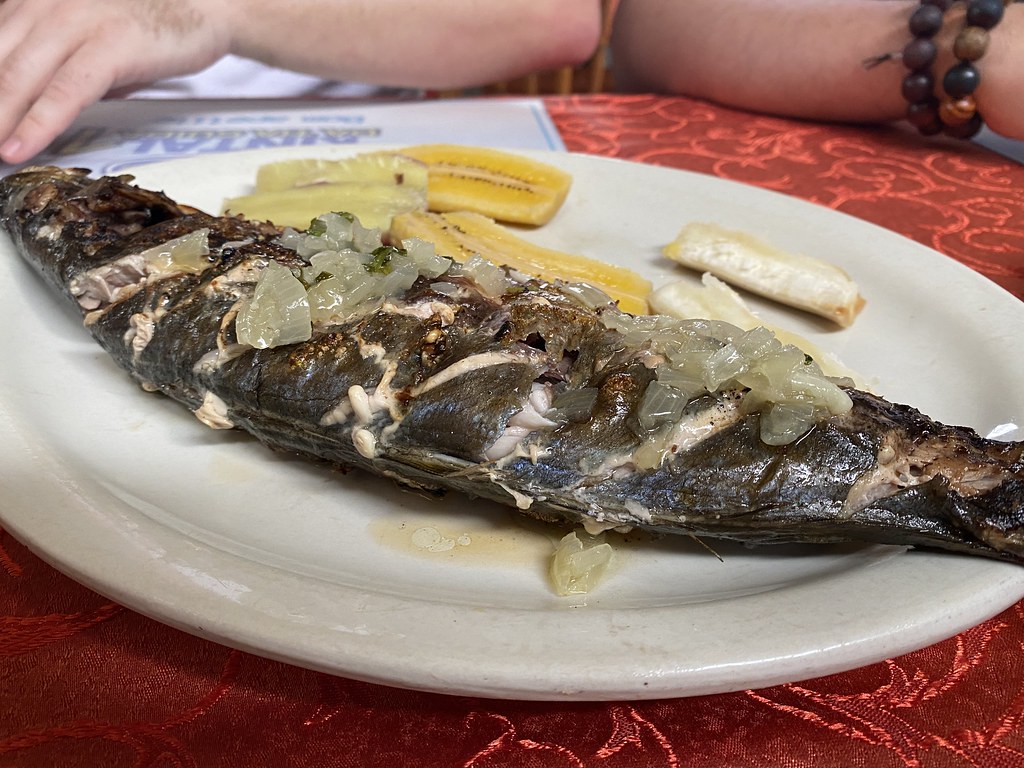 …and walked off our meal by watching life go by along the boardwalk. 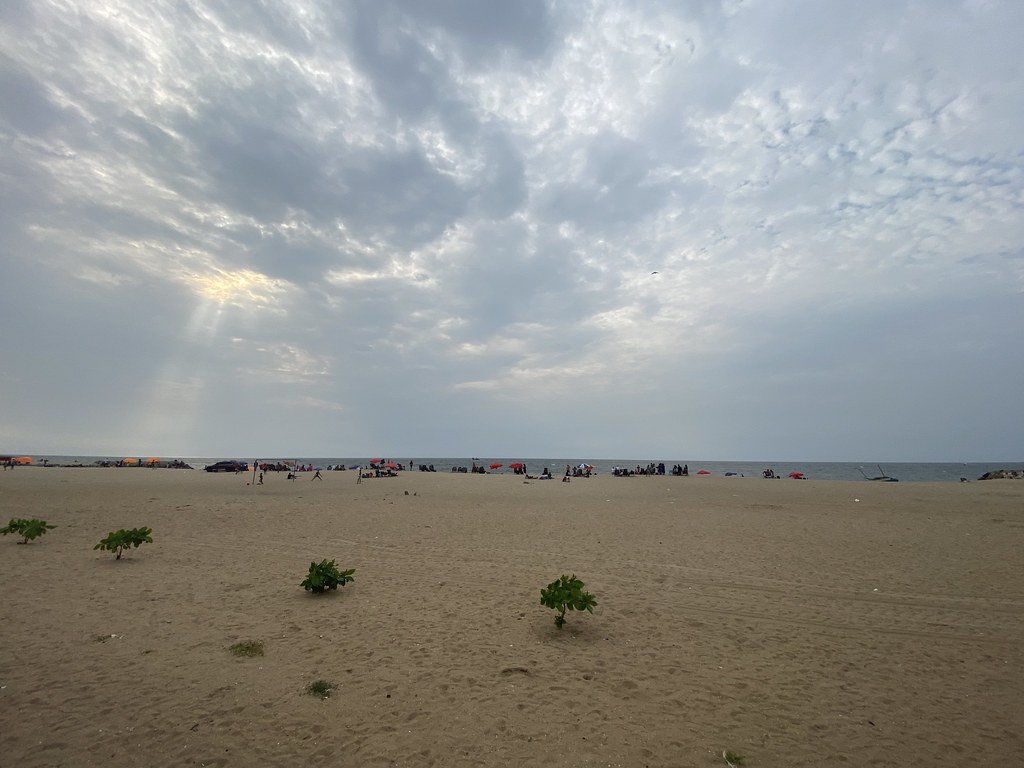 Time to finally sleep in.