Bissau, the eponymous capital city of Guinea-Bissau. After a weeklong road trip across mid West Africa beginning in Dakar and as far north as the Mauritanian border at St. Louis, we rest our weary legs for 2 days here.

From our lodgings at Casa Cacheu, we started our walking tour at Praça do Império. 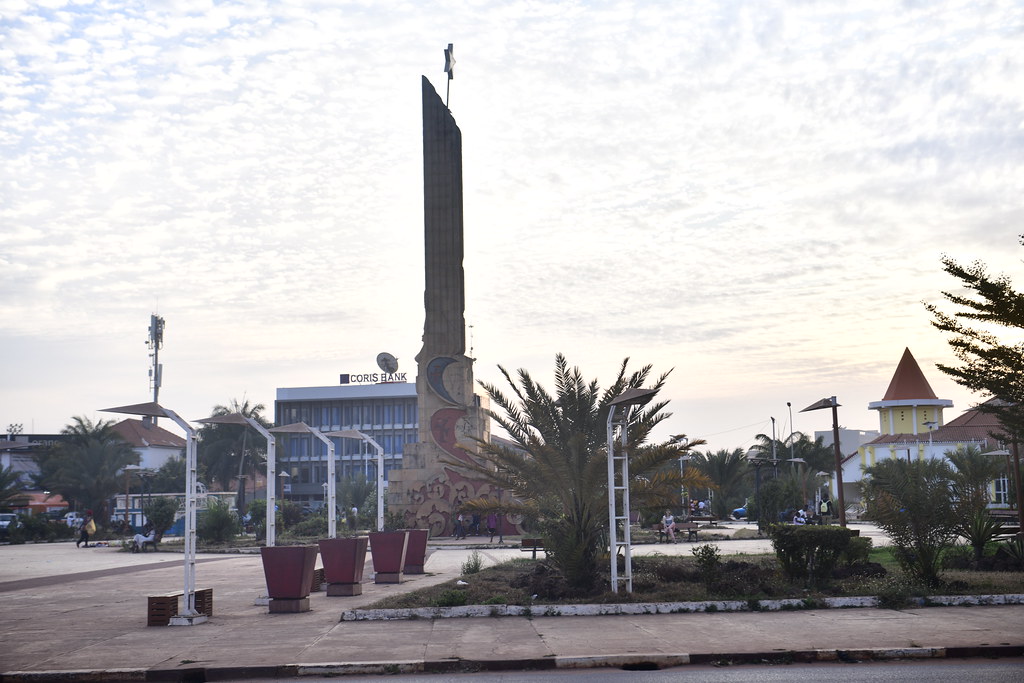 The plaza faces the Presidential Palace in Bissau. 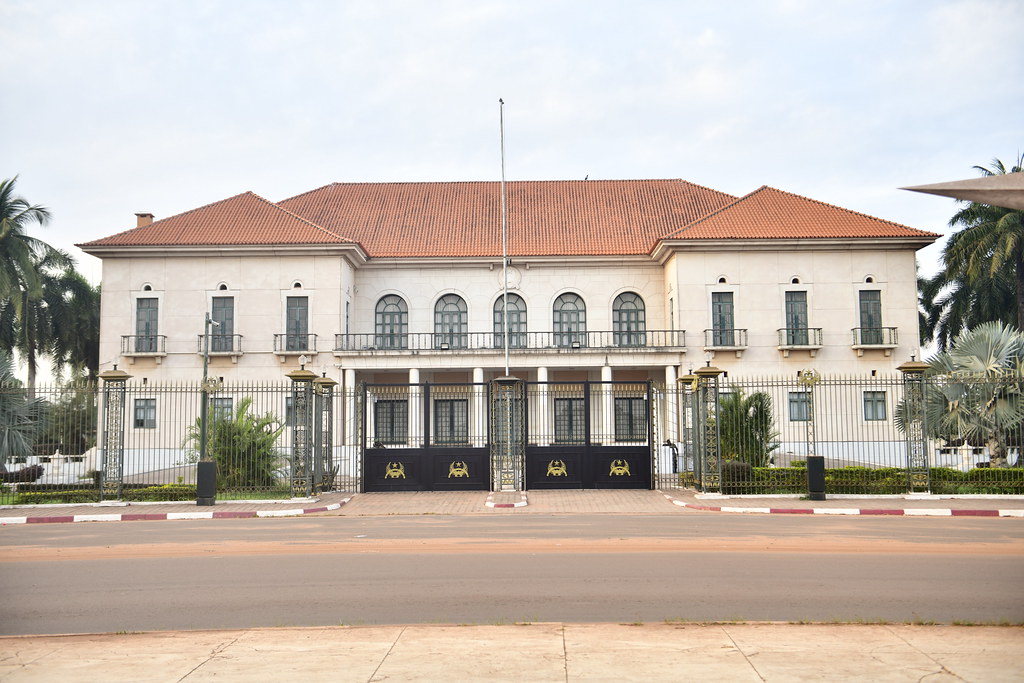 The most photogenic part of Bissau, however, may be a few minutes’ walk south in the neighborhood of Bissau-Velho, which is filled with decaying Portuguese colonial buildings. 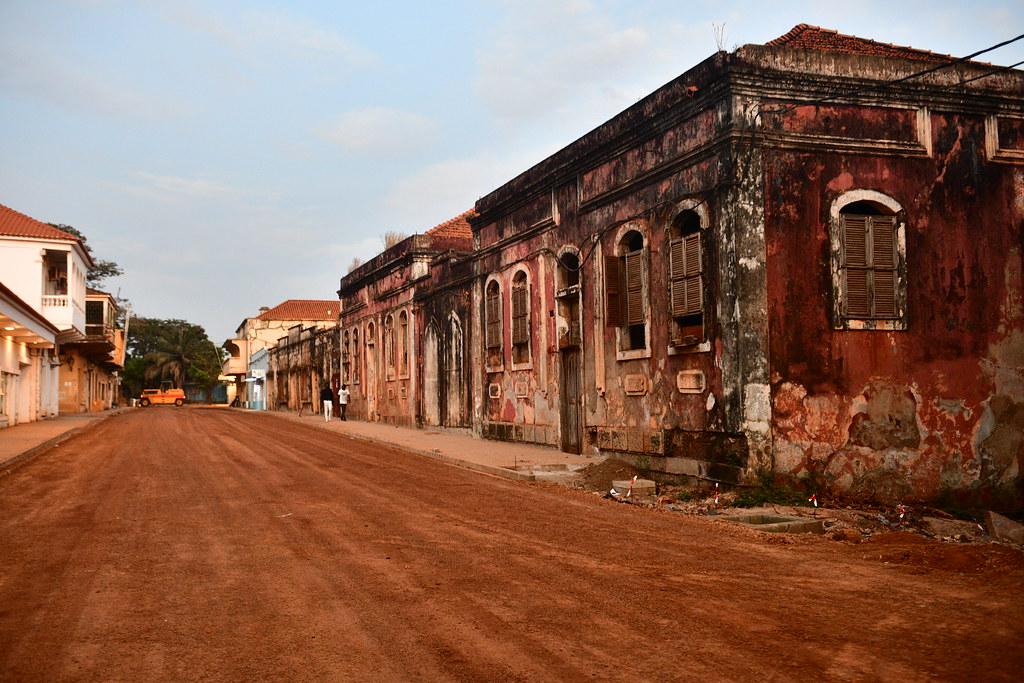 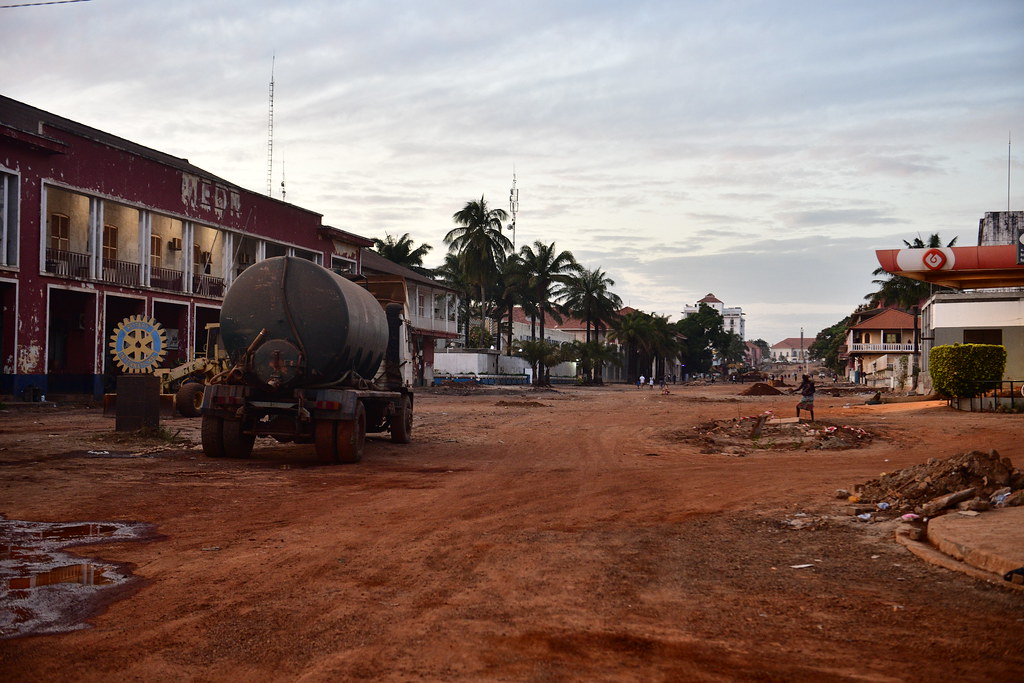 Some parts feel like they’d be good film locations for post-apocalyptic backgrounds. 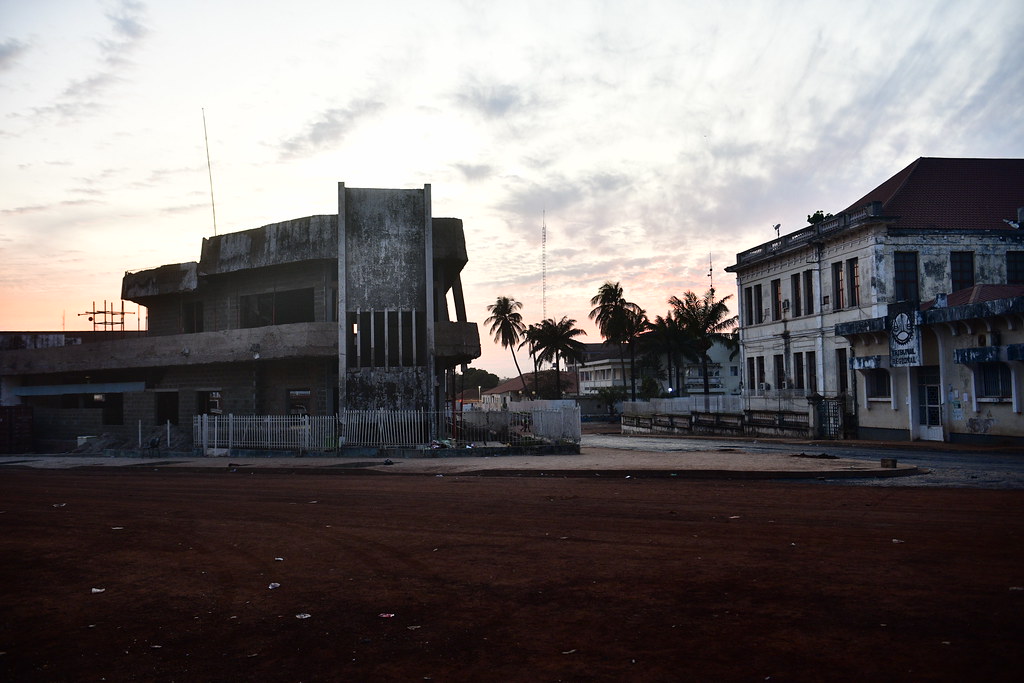 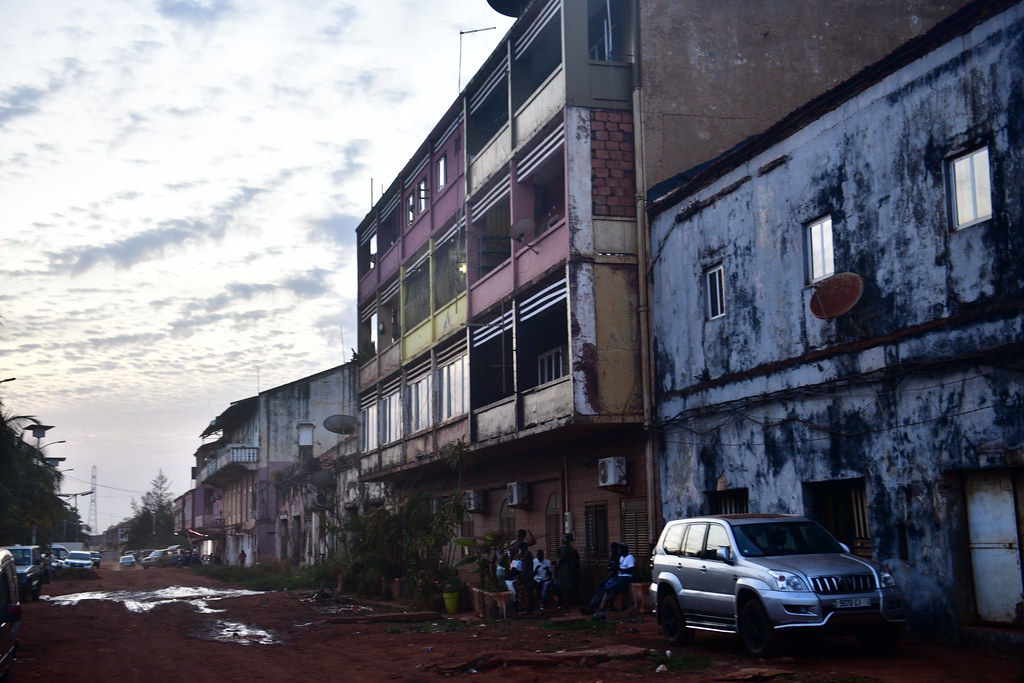 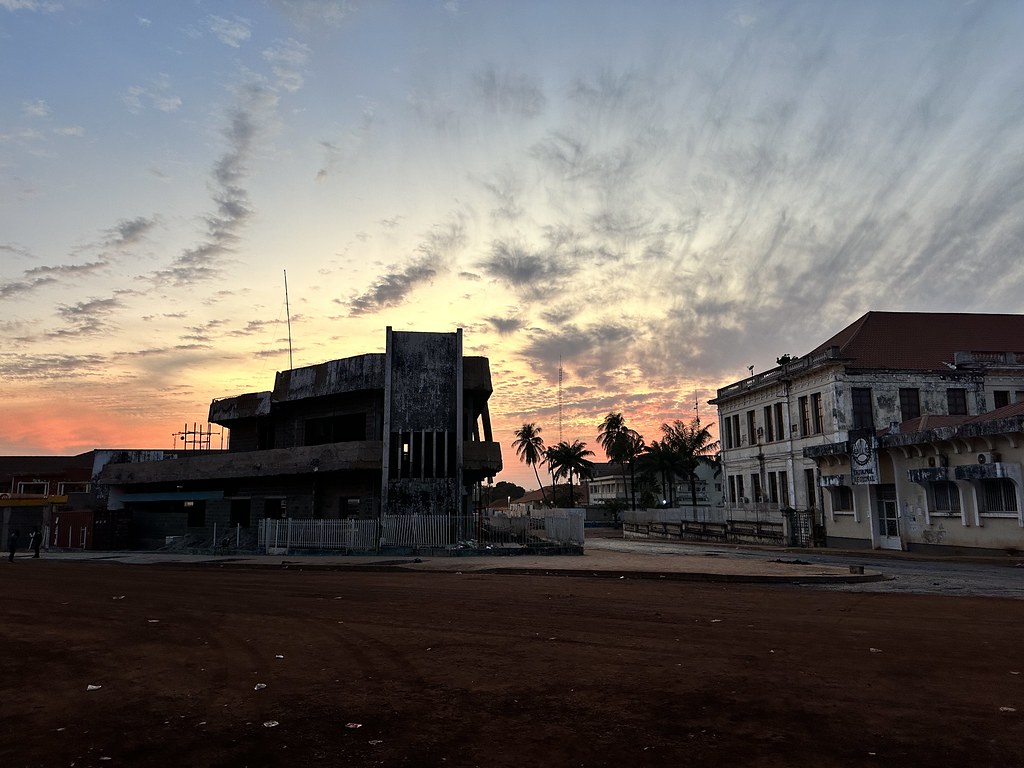 Right next to the neighborhood, Fortaleza d’Amura is an old fort still used by the country’s military. 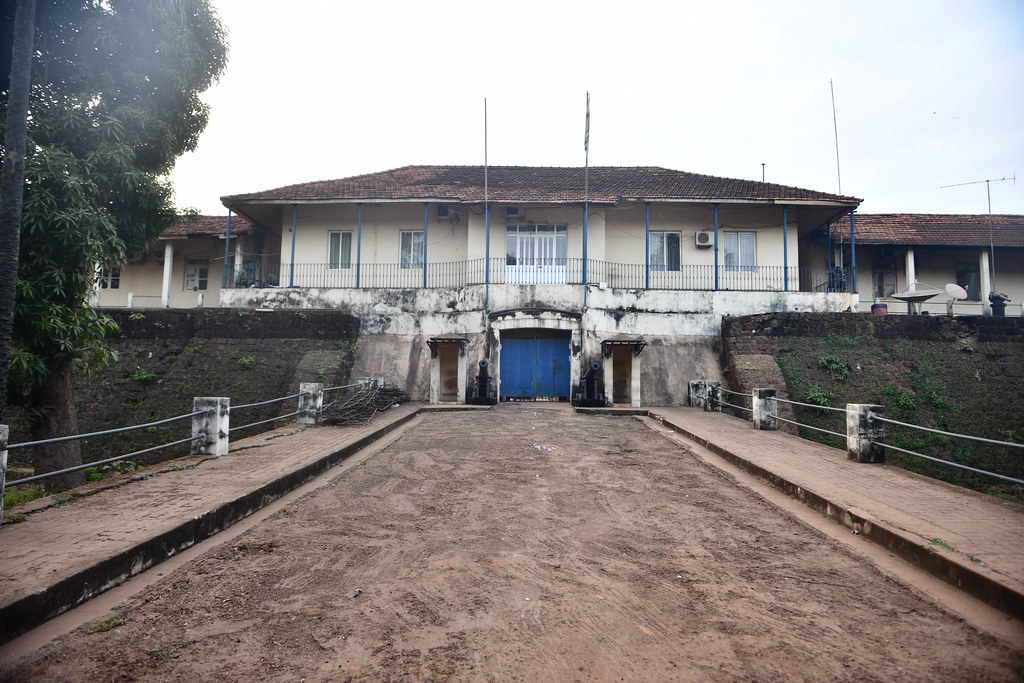 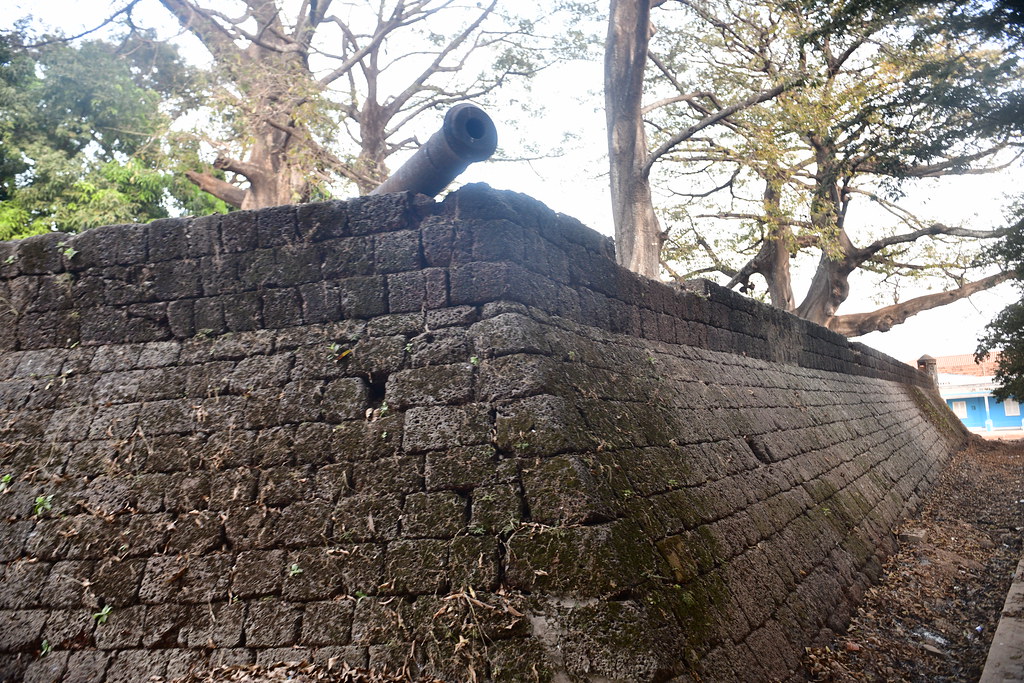 You can also get a taste of the local life bustling among the fishing boats at Porto de Bissau: 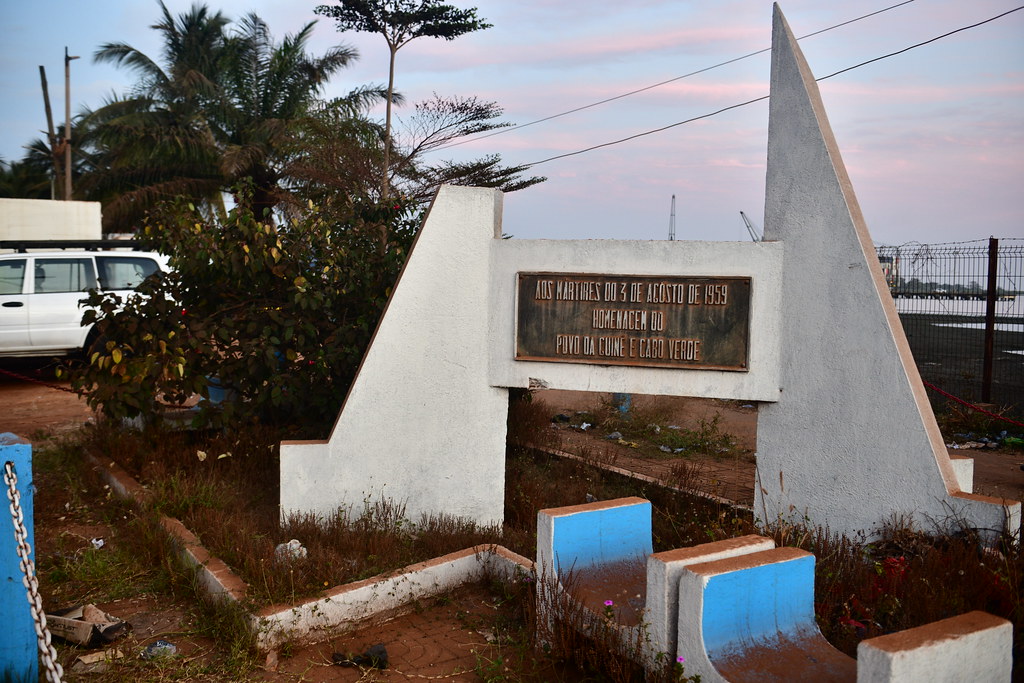 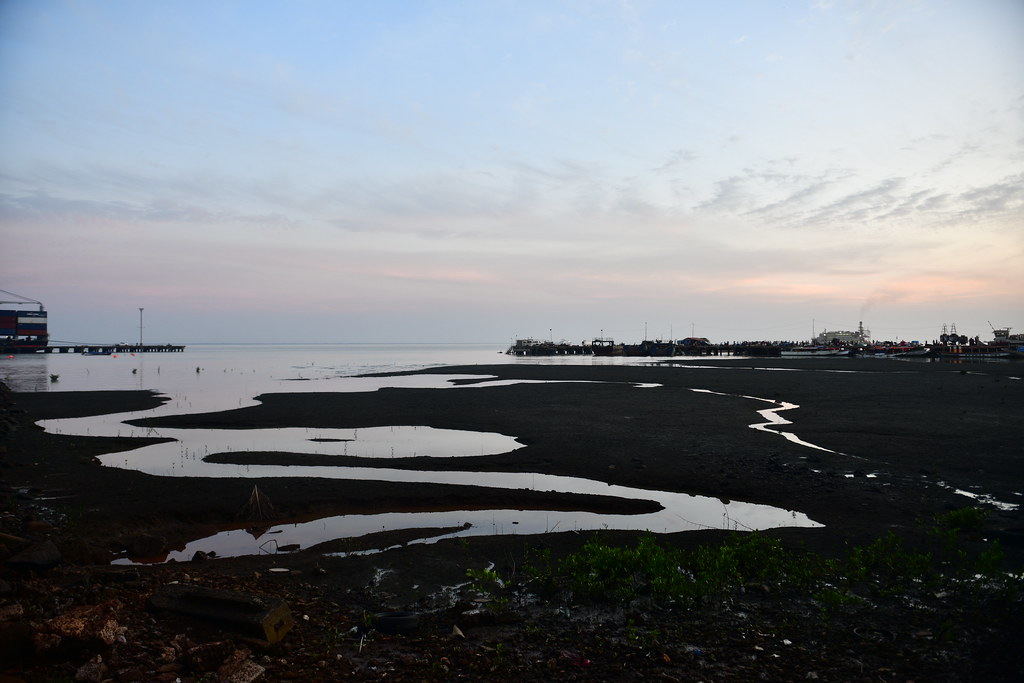 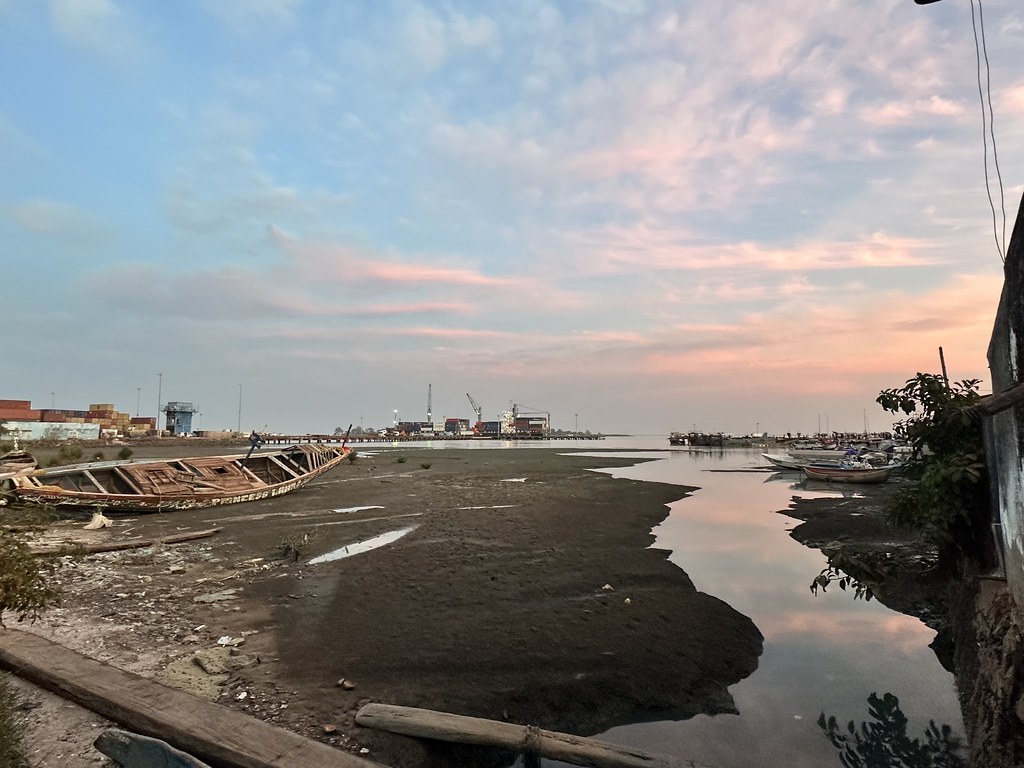 And on your way back up don’t miss the Sé Cathedral, which we quickly added in the next morning right before we booked it to the airport: 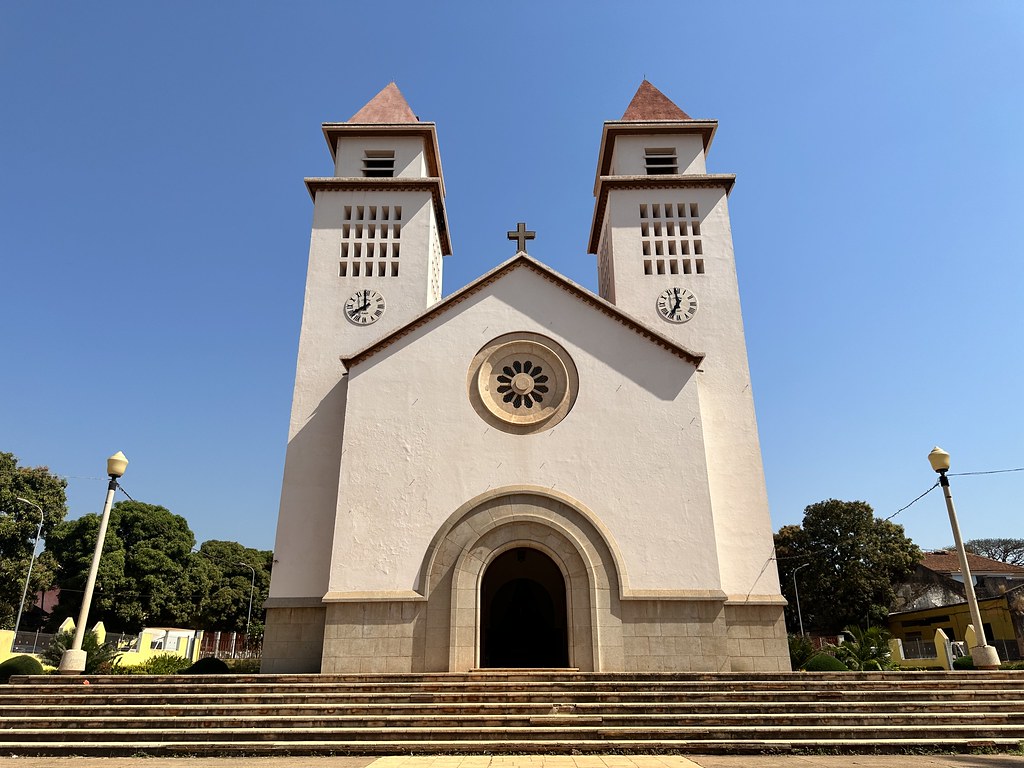 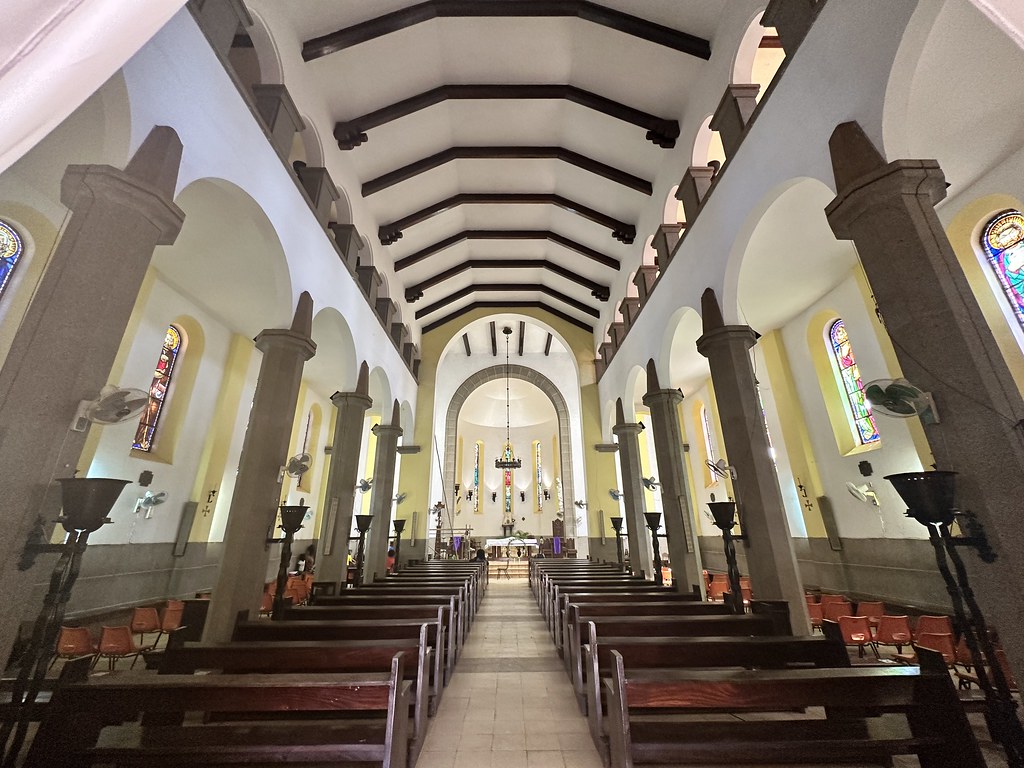 After an hour of meandering around mostly the Bissau-Velho and port area on our first day in Bissau, we returned back to Casa Cacheu to have one final group dinner together at the fantastic yet unassuming Contentor do Zema. Evan left soon after dinner for his 2am flight out with a stopover in Praia. 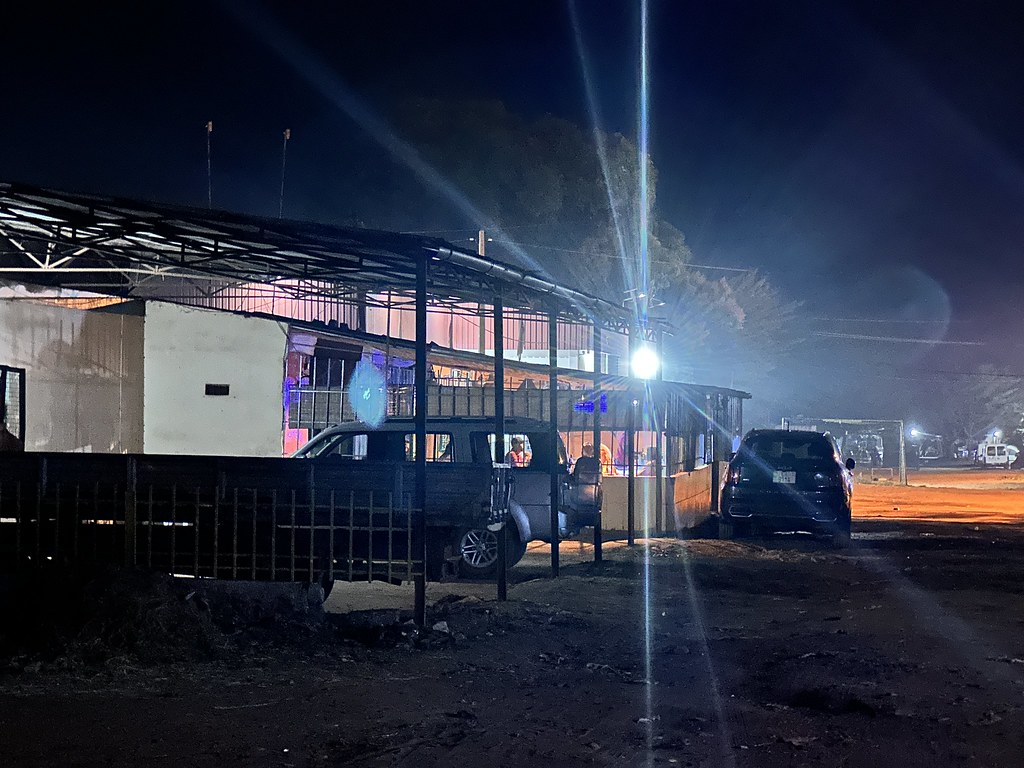 The next morning the remaining 4 of us had breakfast together at Coquieros, while Sameer changed his flight to join Kelsey and I for our flight out to Lisbon on TAP Portugal. Walking from there back to Casa Cacheu to pick up our luggage, we passed through the outdoor Mercado Artesanal Bissau: 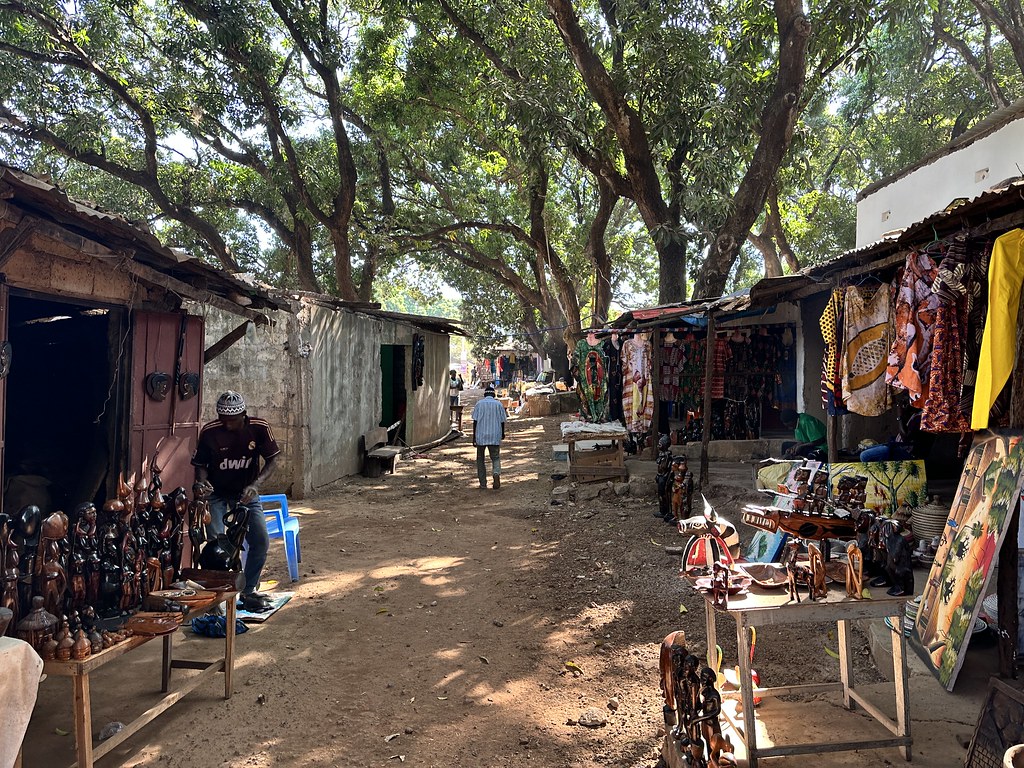 And with that the 3 of us set off with Kemo taking us to the airport. Beware if you’re using Google Maps as it directs you to the wrong side of the airport for departures. Kemo had to point this out to us and our back and forth whether to trust Google or him almost got us in a little late… 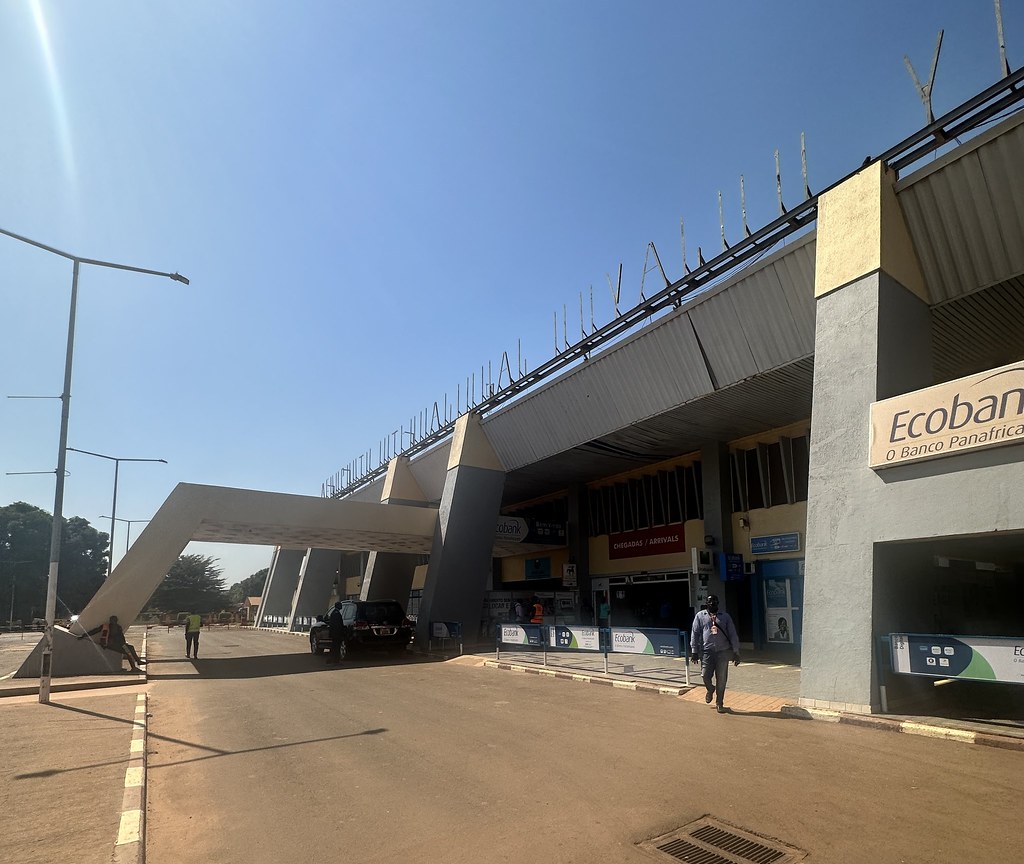 Nevertheless, we made it with over an hour and half to spare, but for some reason check-in had just closed and we therefore unfortunately had to ditch Sameer’s large heavy suitcase of his dirty clothes in the departures hall.

However, a few minutes later he remained in good spirits as he said the feeling of traveling with only a backpack was “relieving” and “freeing.” I told you so! 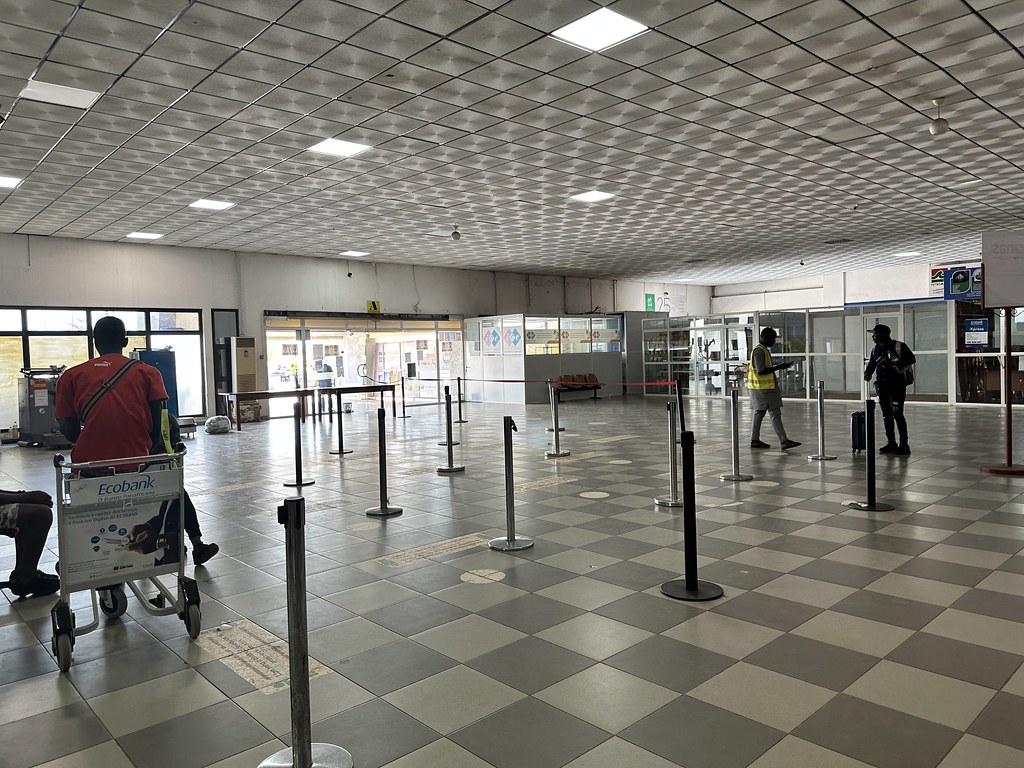 Although I had already checked in online, I still needed to go into the back office to pay the $40 extra to upgrade my seat to the front and then wait another 10 minutes to get a printed ticket, and all this right before boarding. Luckily the airport was tiny enough that they stamp your passport literally next to security. Like…literally next to it. 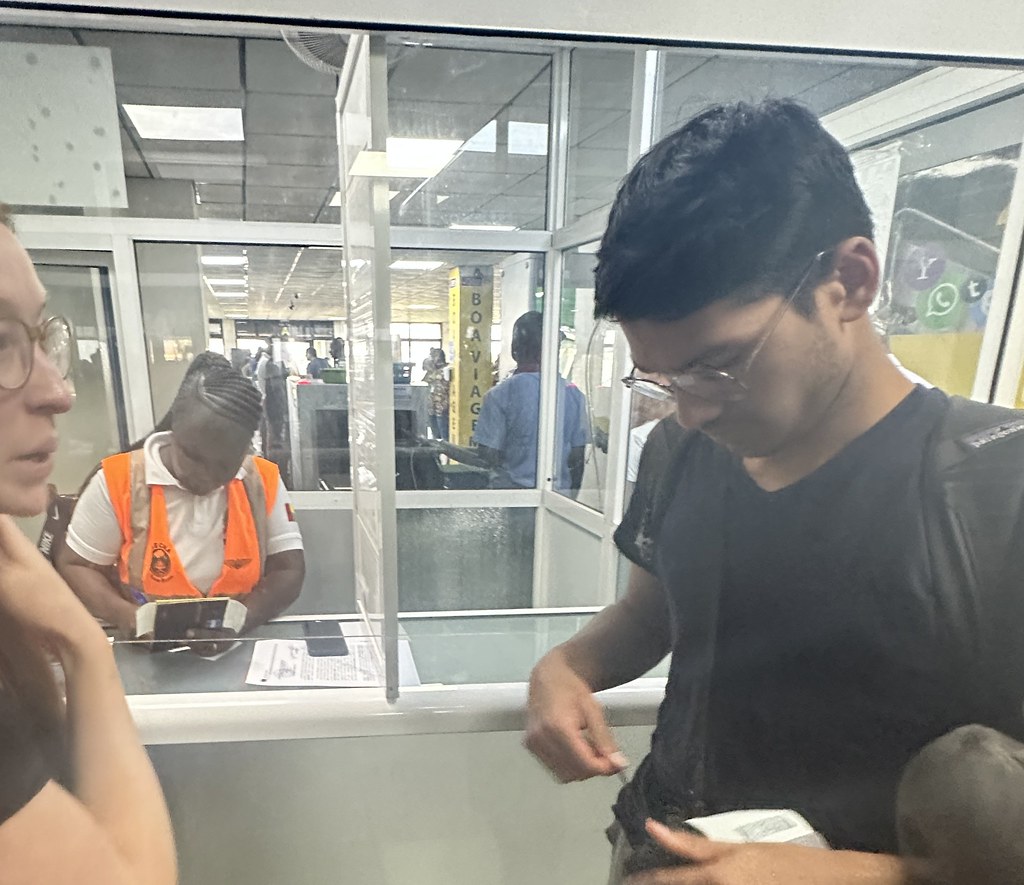 We boarded outside right as another plane was taxi’ing on the runway only a few yards away from us before a takeoff. Ballsy. 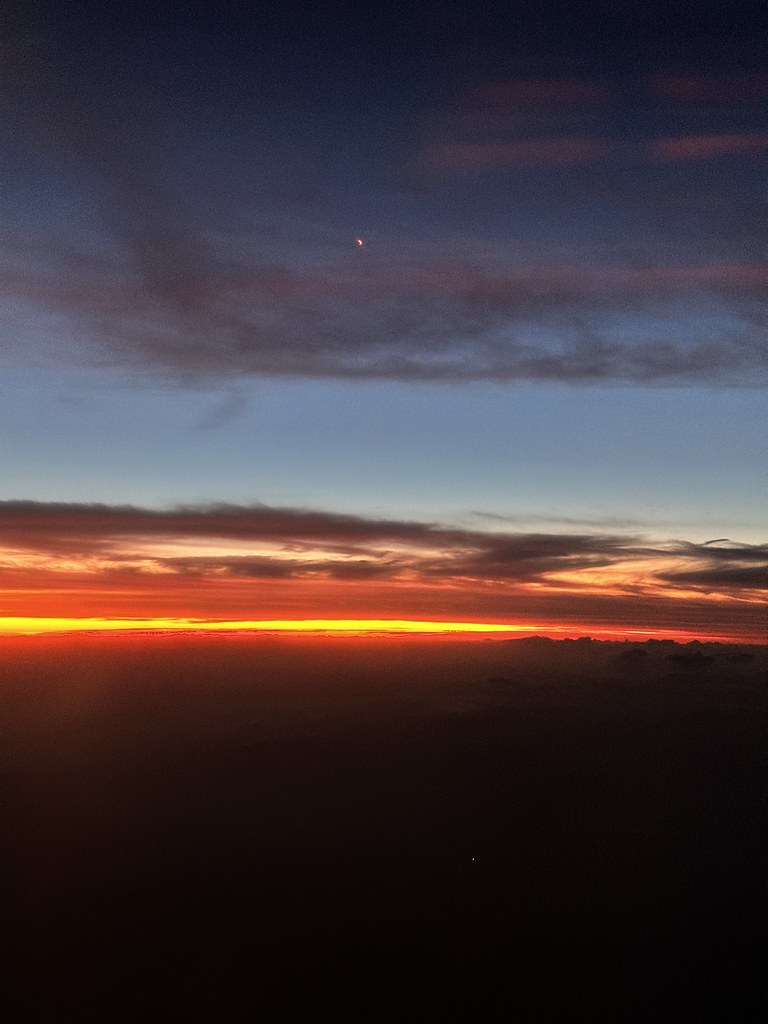 As we landed it became my pleasure to show Sameer and Kelsey around their first time in Lisbon before their morning flight home, especially with a perfectly pleasant rooftop dinner on the top of Lisboa Pessoa Hotel. 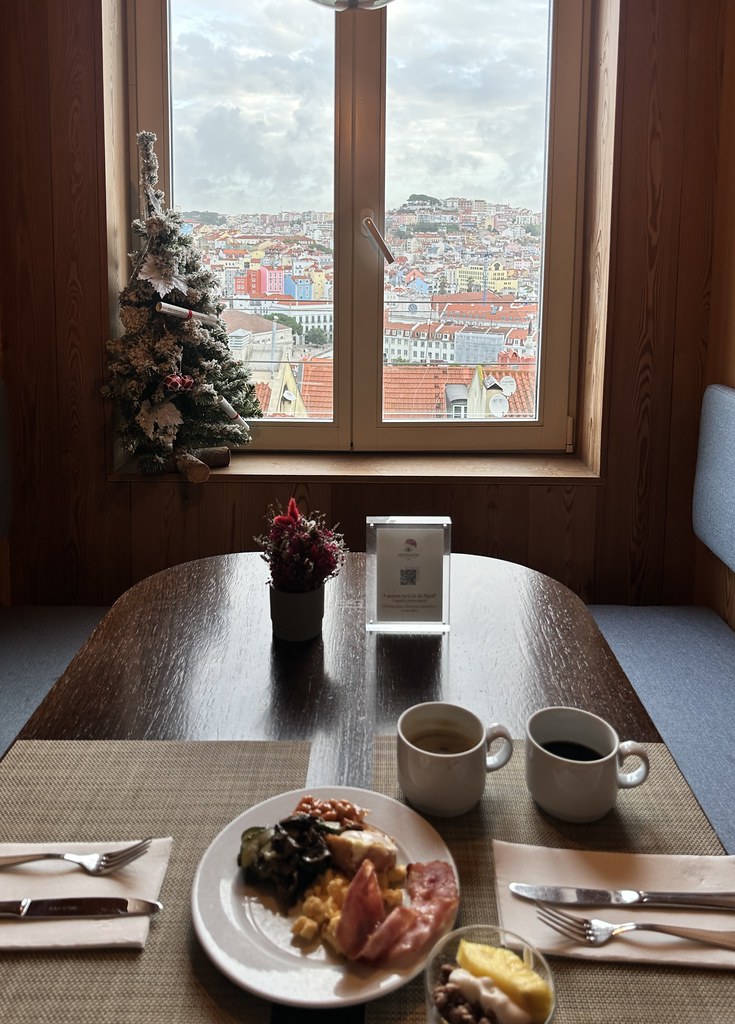 BTW didn’t really fully appreciate this until now but it just hit me — Wow. We really just concluded a milestone: nearly 1000 miles of a road trip through one of the most challenging places to travel in the world. This was no easy feat.

To return to a perspective since orientation, this is a route many travelers talk about but never get to achieve in their lifetimes so I’m very proud of, and grateful to, what we’ve accomplished together while on the road despite still expecting (and receiving) the many surprises and challenges inherent to the region. They really mean it when folks quote how “travel is like marriage. The certain way to be wrong is to think you can control it.” In the end, it is always the more challenging adventures that teach us and we pulled through as intrepid adventurers always have.

Proud that we can now better recognize the resilience that we always had in ourselves and never fully appreciated until we do something crazy like this, and especially when we do it together.