When The Grand Bassam Drops

With extra time and running an hour ahead of schedule after a late morning in Yamoussoukro, Dayo and I agreed to cram in a 4 hour onward drive and detour to visit Grand-Bassam: a UNESCO World Heritage site and town in the southeastern part of the Ivory Coast, and about an hour’s drive east of Abidjan.

After a few stops to stretch our legs and the novelty of peeking our heads in random gas stations seeing what they were selling, we reached Grand-Bassam by 4pm, parking at the Musee National Du Costume. 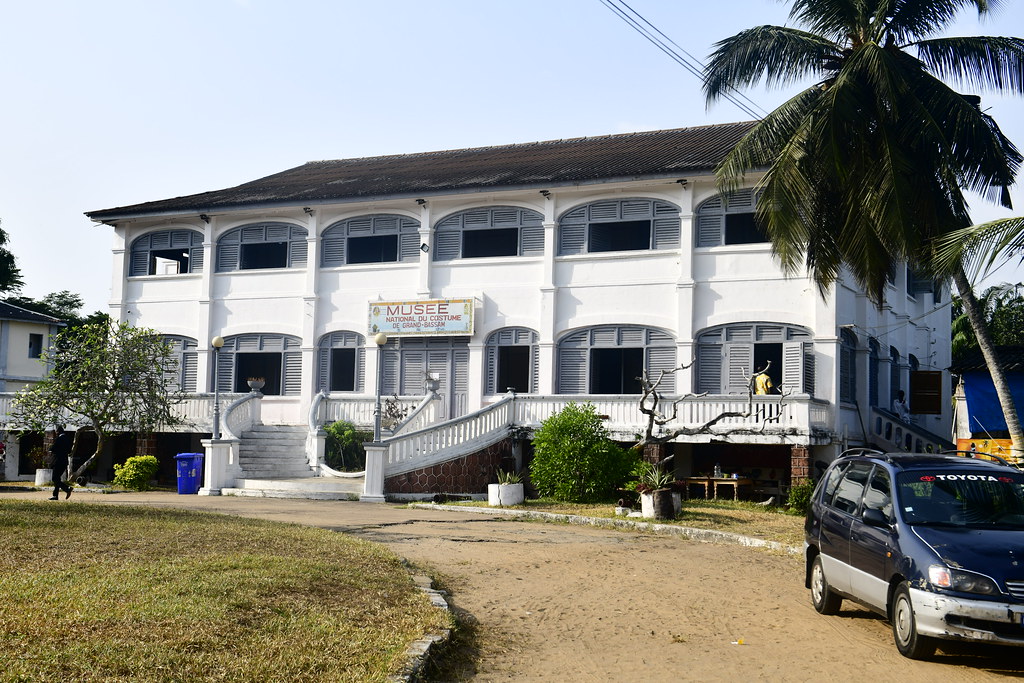 For those of you history buffs in the area, Grand-Bassam was briefly the French colonial capital of Côte d’Ivoire in the 19th century. 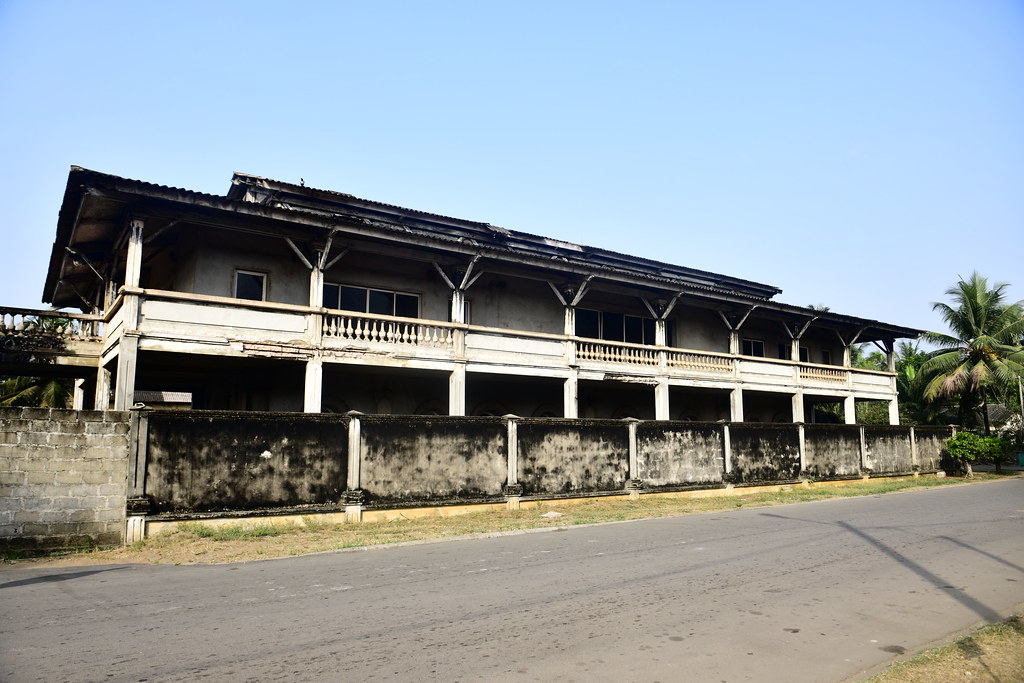 It remains a tourist attraction for its colonial architecture and town-planning, especially the juxtaposition of the colonial town with a traditional Nzema village. 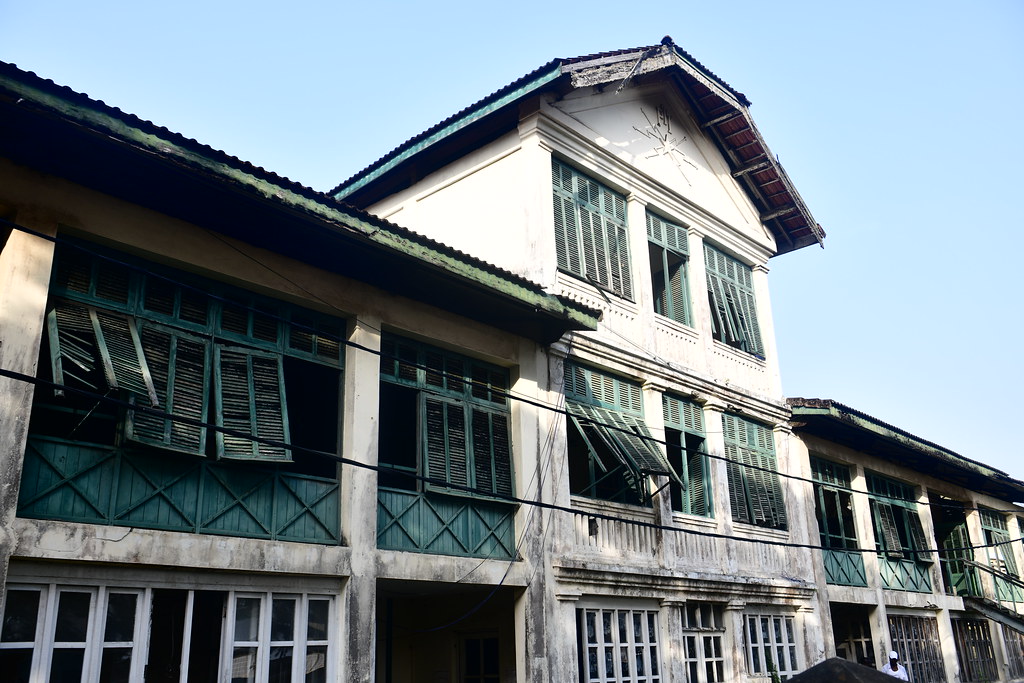 More strikingly, this is where you can get some of the best local art in the country. 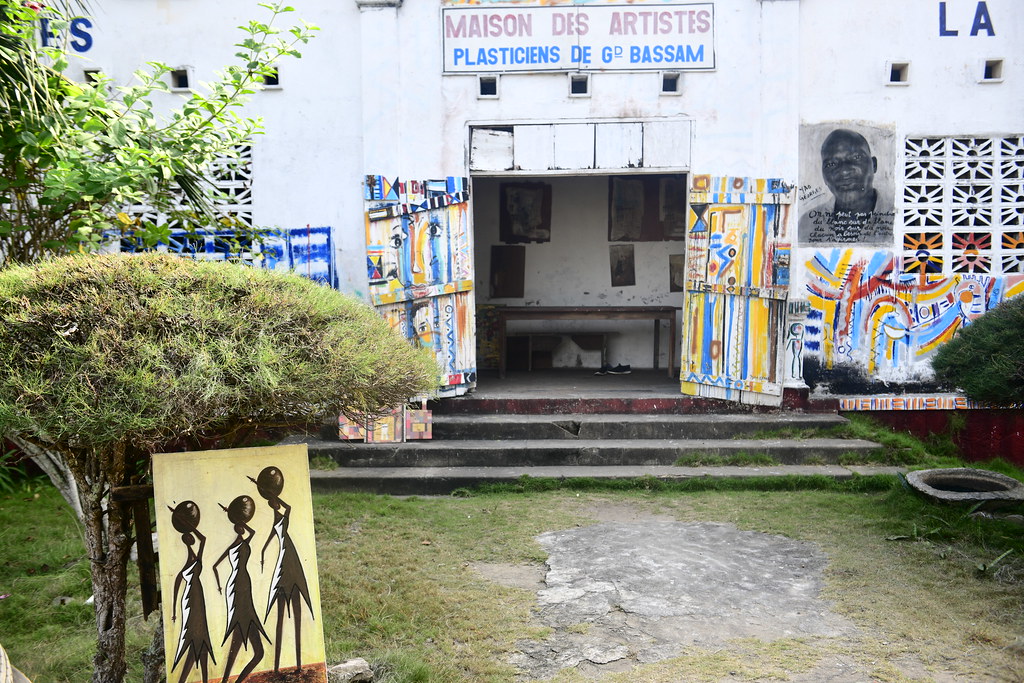 Dayo then took us to the first Catholic “cathedral” in Grand Bassam. From the looks of this town, it seems to remain as the the only one as well. 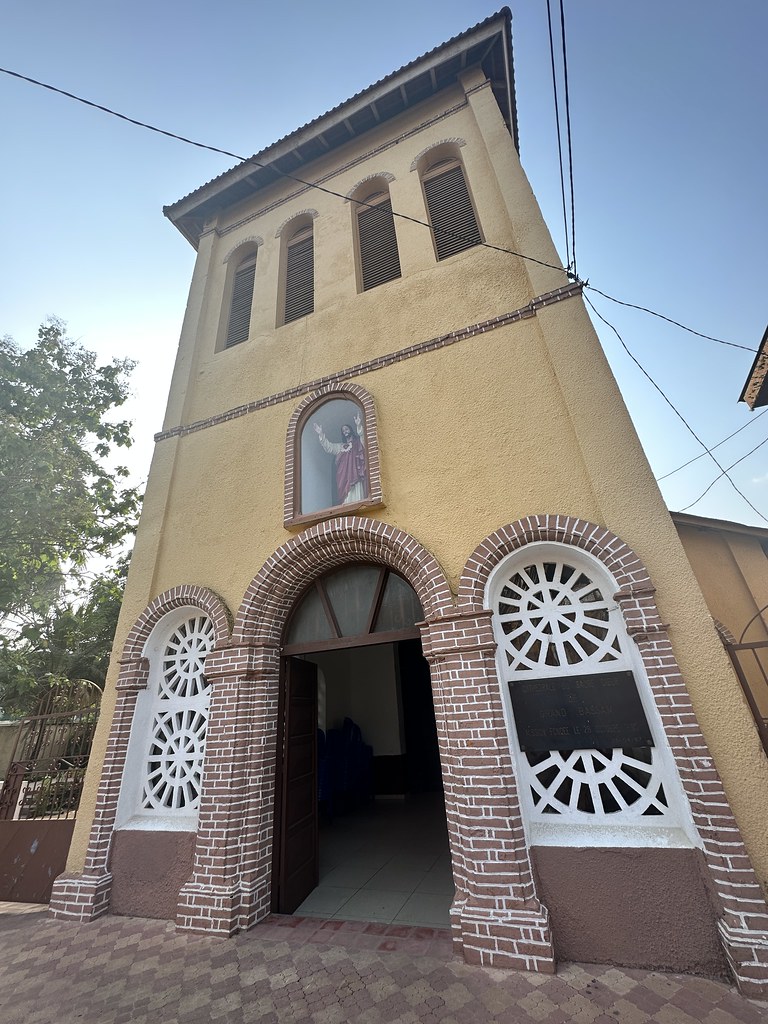 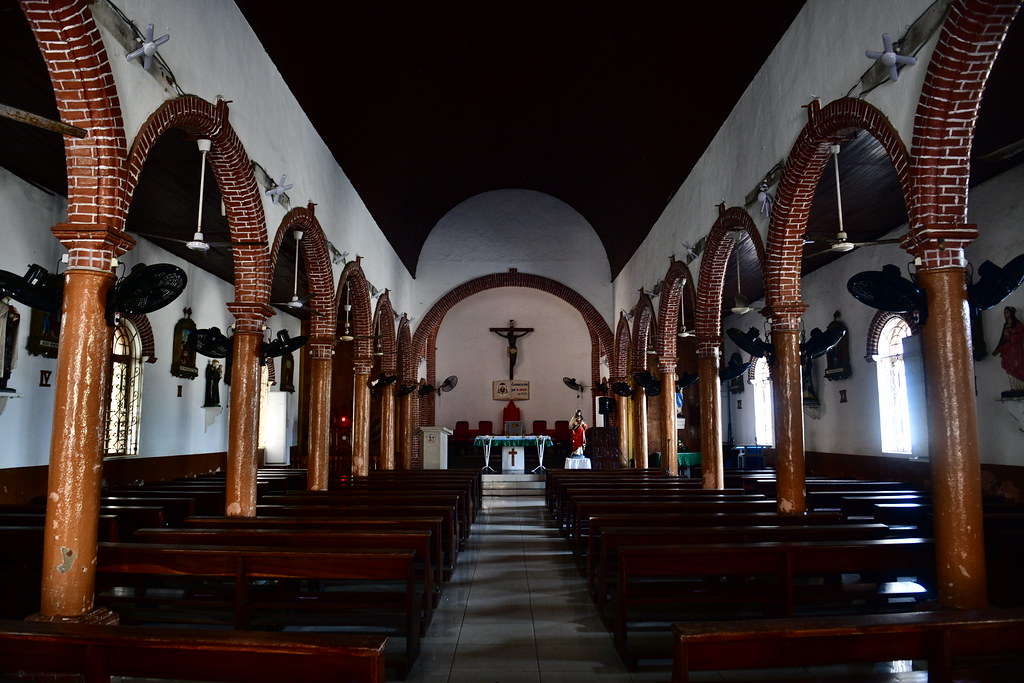 After walking for about 40 minutes, we then stopped for a local outdoor Ivoirian feast at Le Stop. 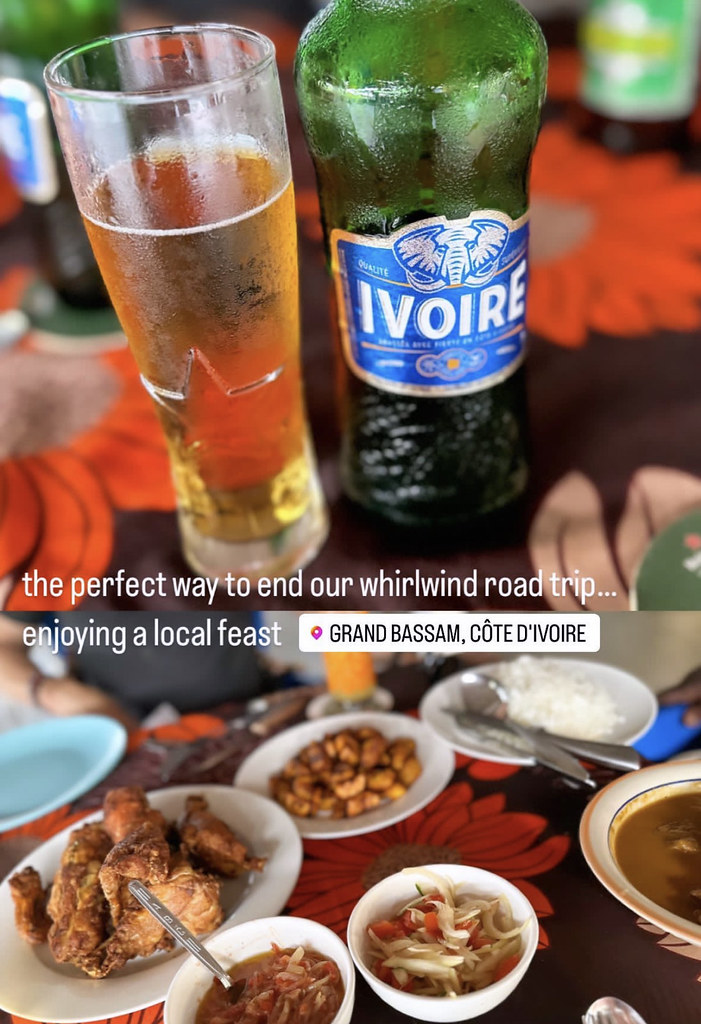 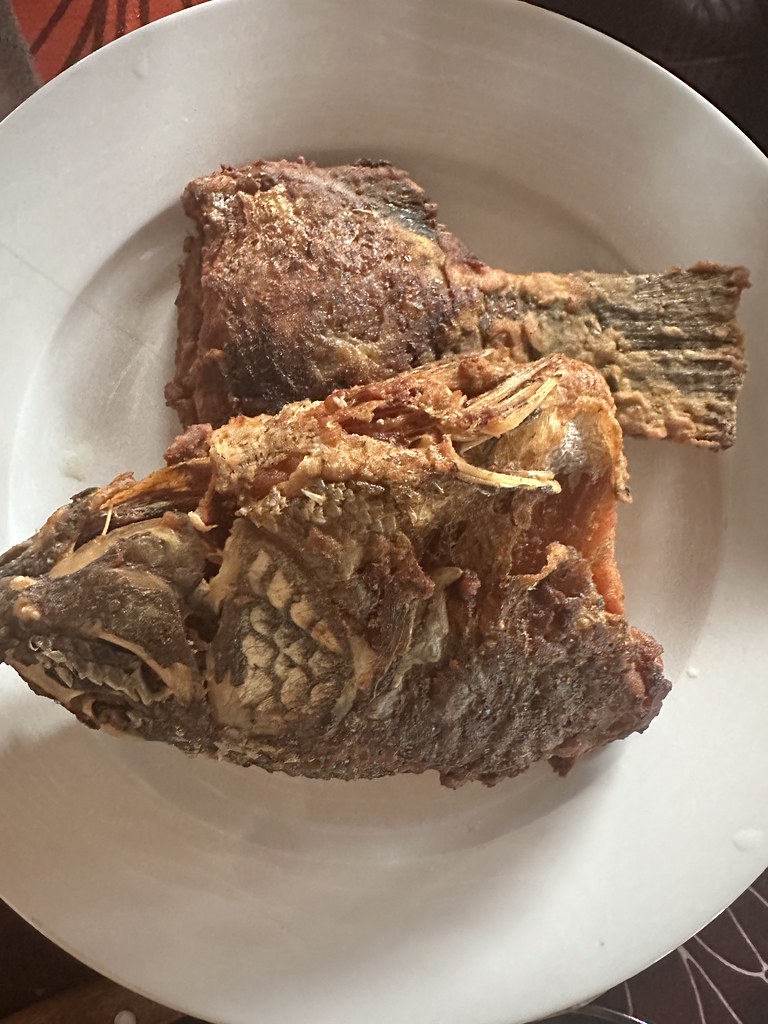 After stuffing ourselves with chicken, fish and beer, we then sauntered over to pick up a few souvenirs at an impressive crafts hall . . . 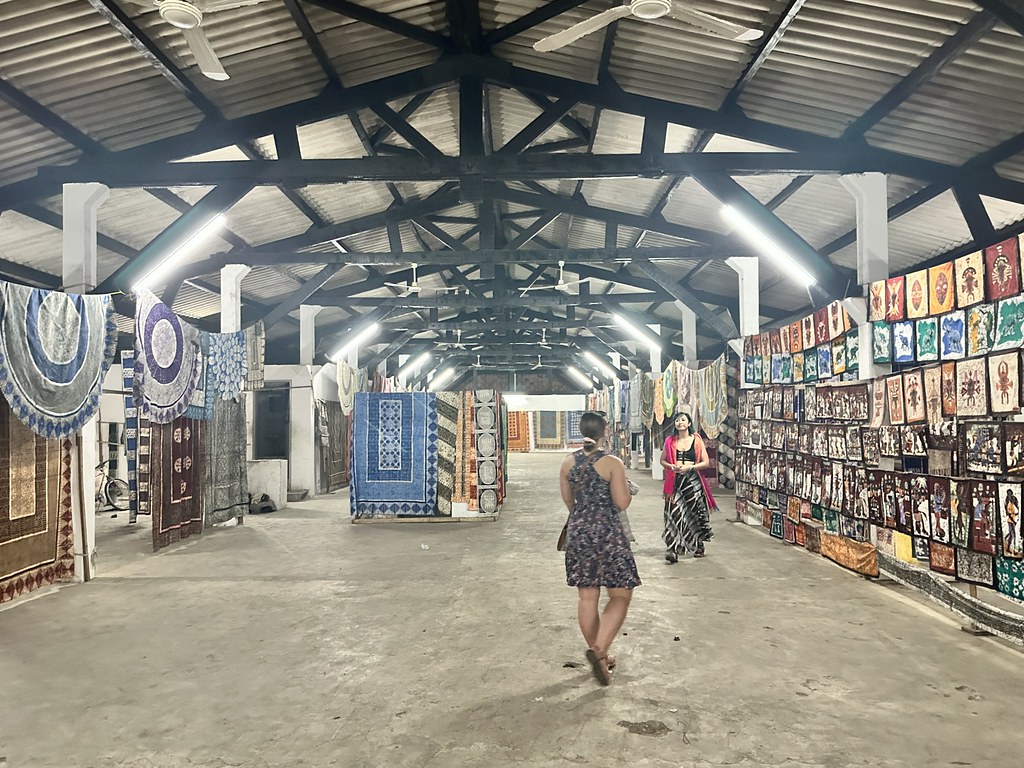 We actually had enjoyed the light haggling experience there and then it would be 40 minutes back west towards Abidjan, dropping off all of us at the main ABJ airport for our nights flight out back home.

While Gina and Jillian would return home via Paris, I’d head back via Istanbul. It was at this point that Jillian cemented her impulsive streak and changed her flight while on the drive back to join me in Istanbul from Paris (thus ditching her original Paris to NYC flight), before returning to NYC to catch her onward flight to Florida for a wedding!

You’re going to be the most fun and interesting person at that party now. 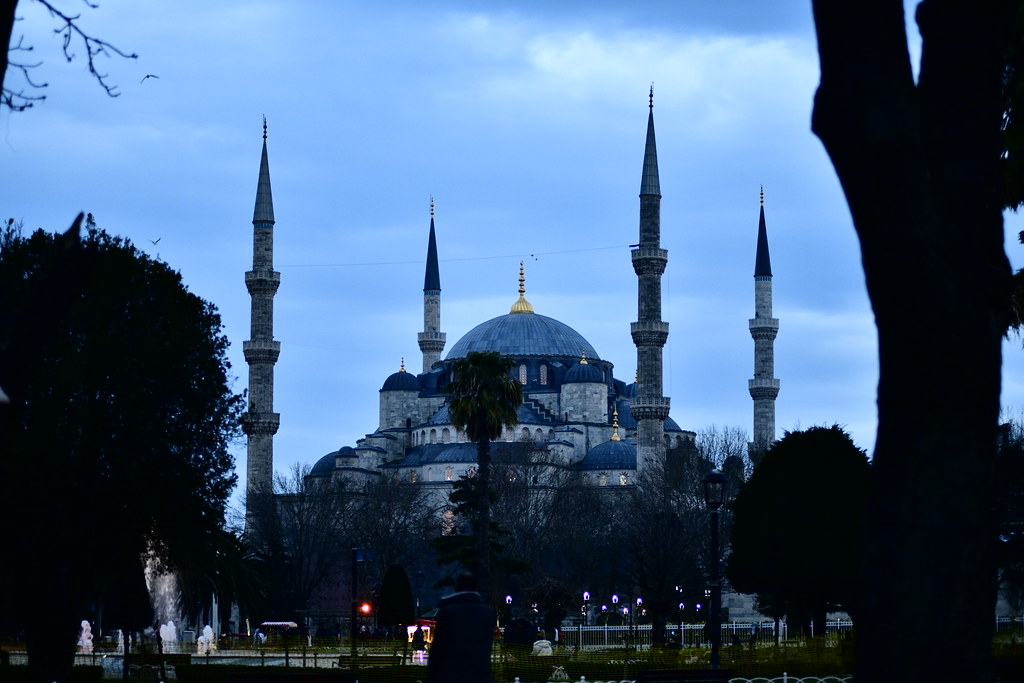 And just like when I showed Rashidah around last February on an unplanned multi-day layover in Istanbul, it was my pleasure to do the same again for Jillian.

While the Blue Mosque still remained under renovations like it was last year (now making it totally inaccessible), the Haga Sophia remains to be home to one of my favorite interiors in the world. 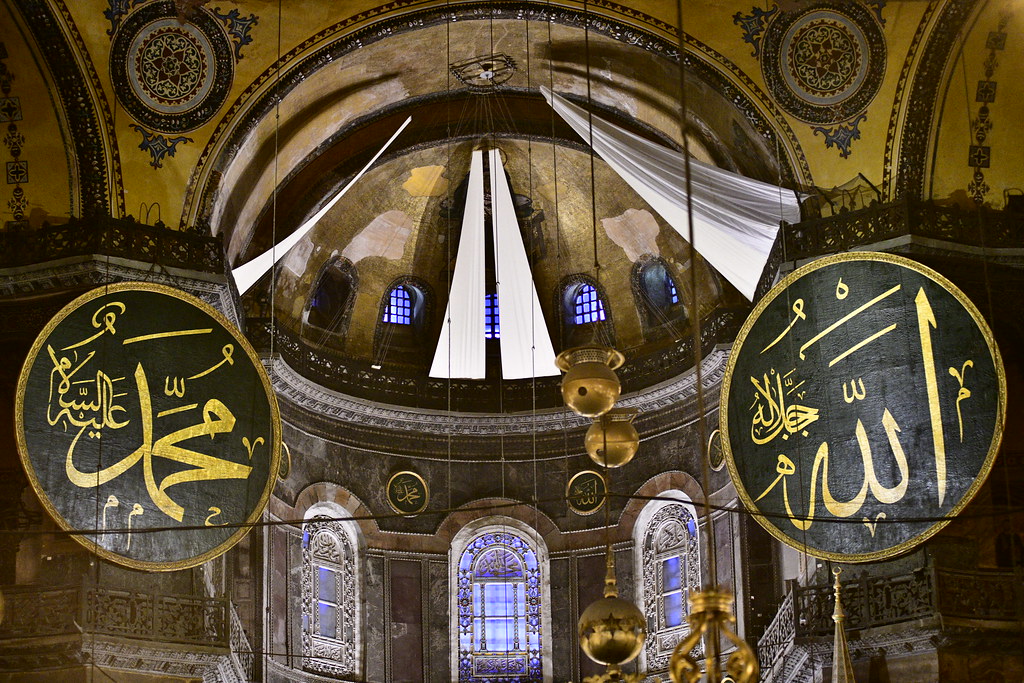 The Grand Bazaar, however, stays crowded and sprawling as always. To make it different this time around for me, Jillian wanted to grab a snack when we reached a cozy outdoor shop at the end of the bazaar. We stayed long enough there that we had to navigate back out of the bazaar in the dark after everything else had closed. 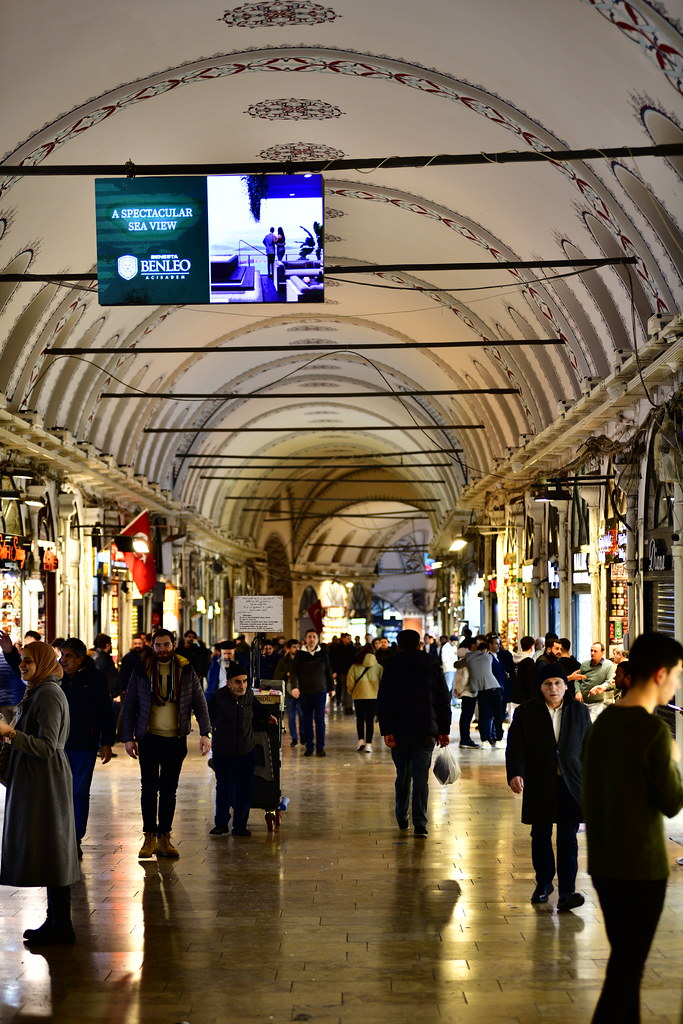 Then on our way, I realized I had never noticed the gateway arch to the University of Istanbul before! 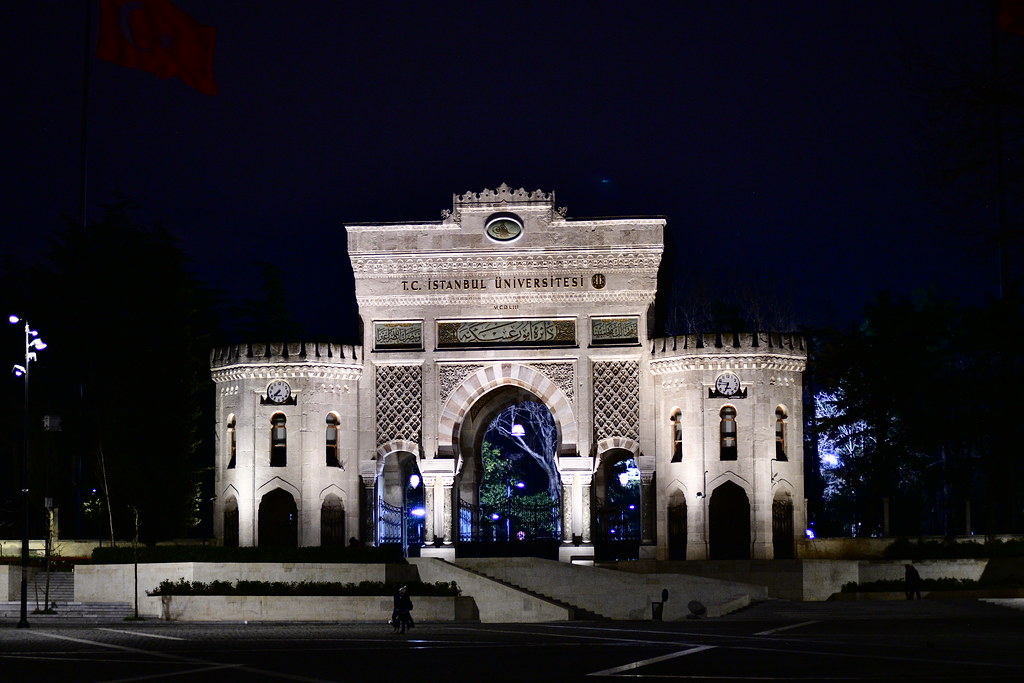 We rounded our night with nonstop rounds of hookah after Jillian got hooked on her first one here in Turkey. The most impressive was at Lotiz Lounge and then again along the streets of Istiklal Avenue: 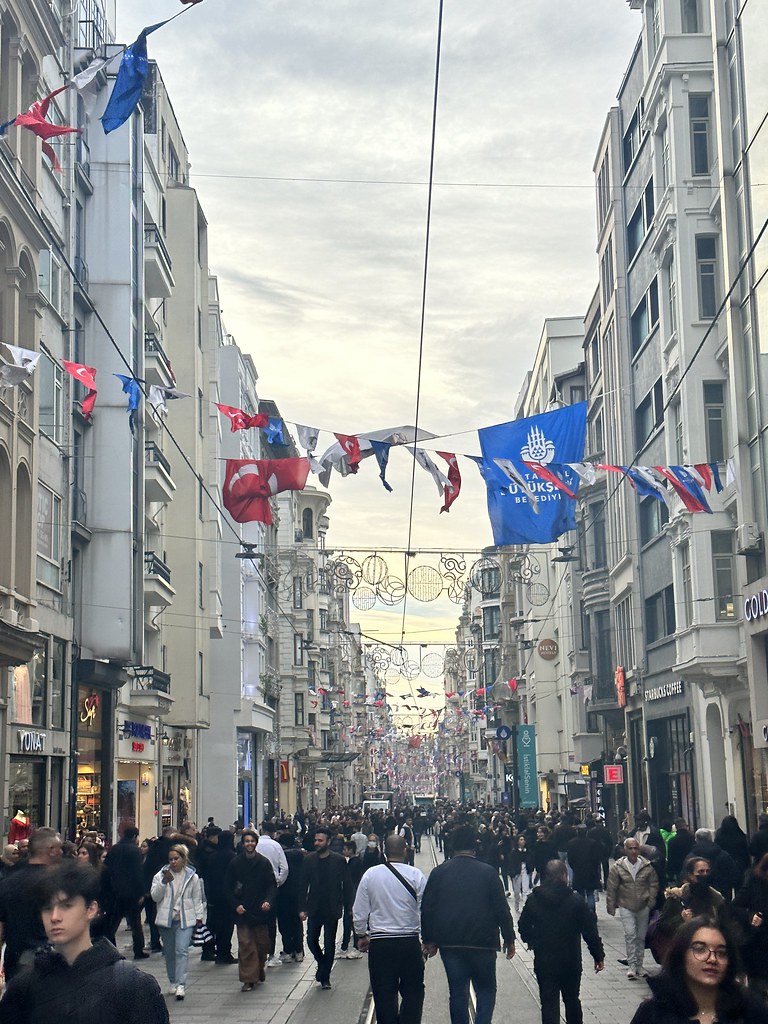 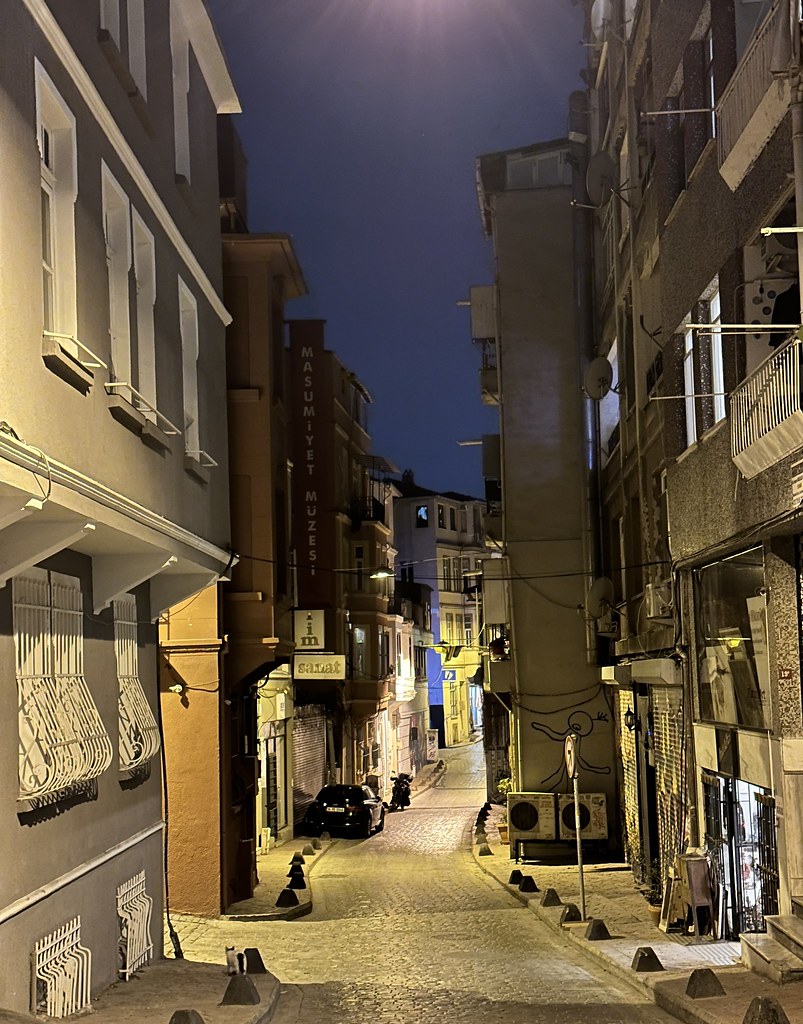 I loved how there’s still the occasional surprise detour on streets like Istiklal, especially to churches like these, aka Church of St. Anthony of Padua: 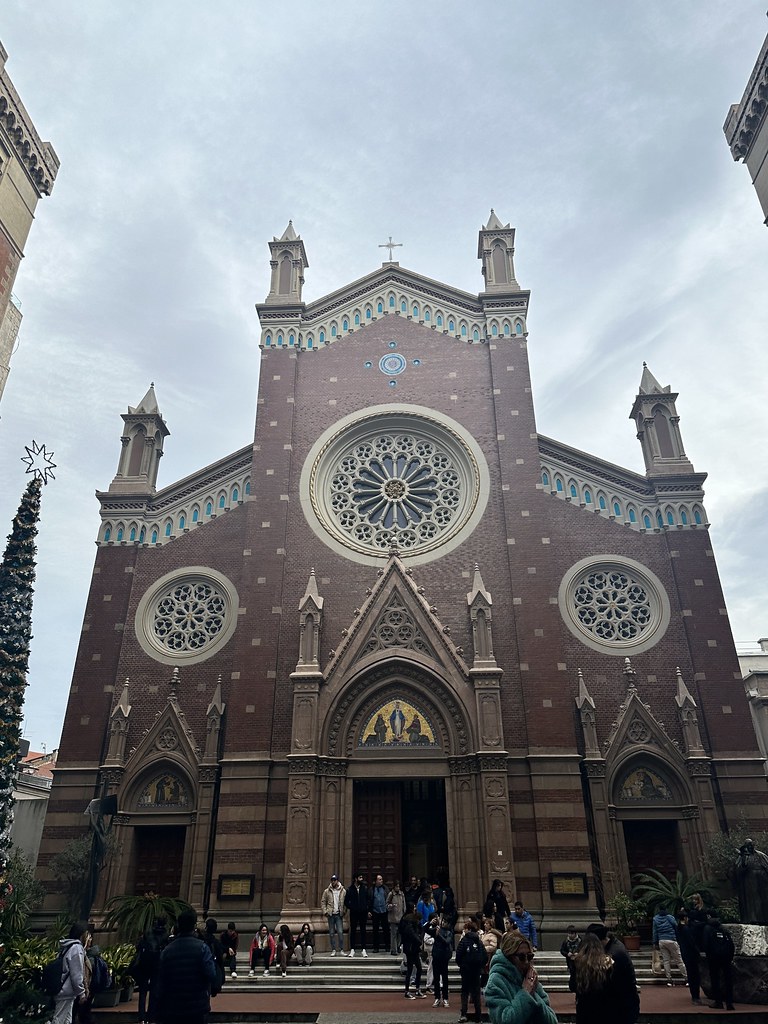 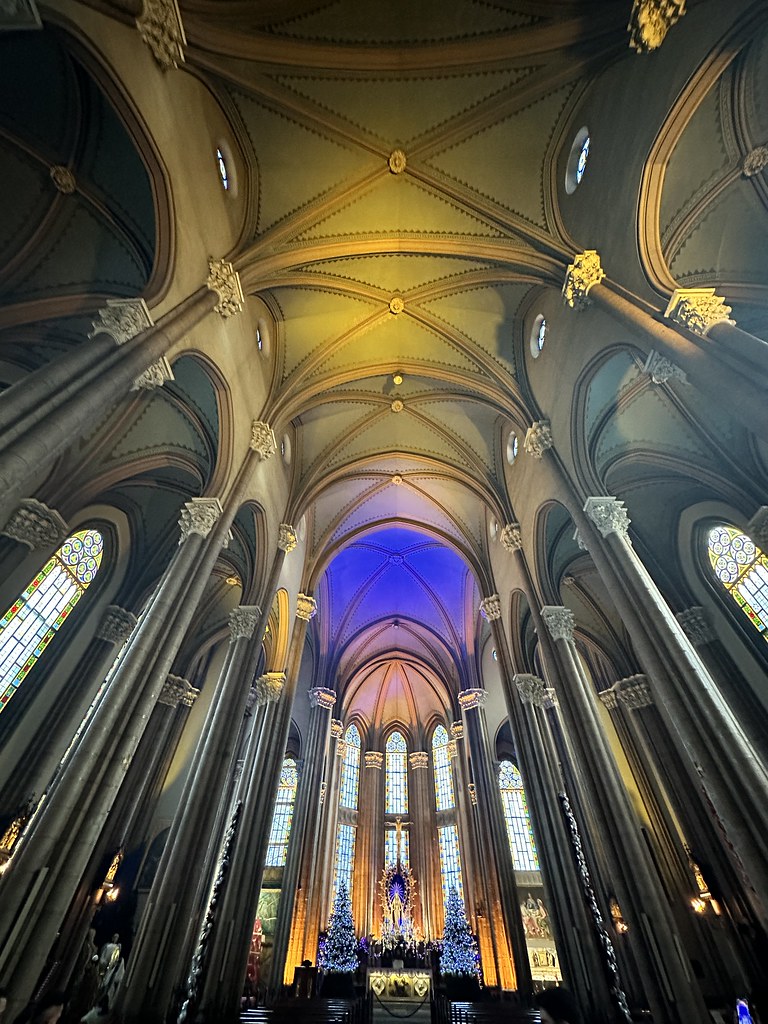 The next afternoon Jillian and I joined up again to get in a visit to the Basilica Cisterns. Compared to the Theodosius Cistern that Rashidah and I had visited last year, these ones are way bigger but less intense on the lighting (and lacks a light show). 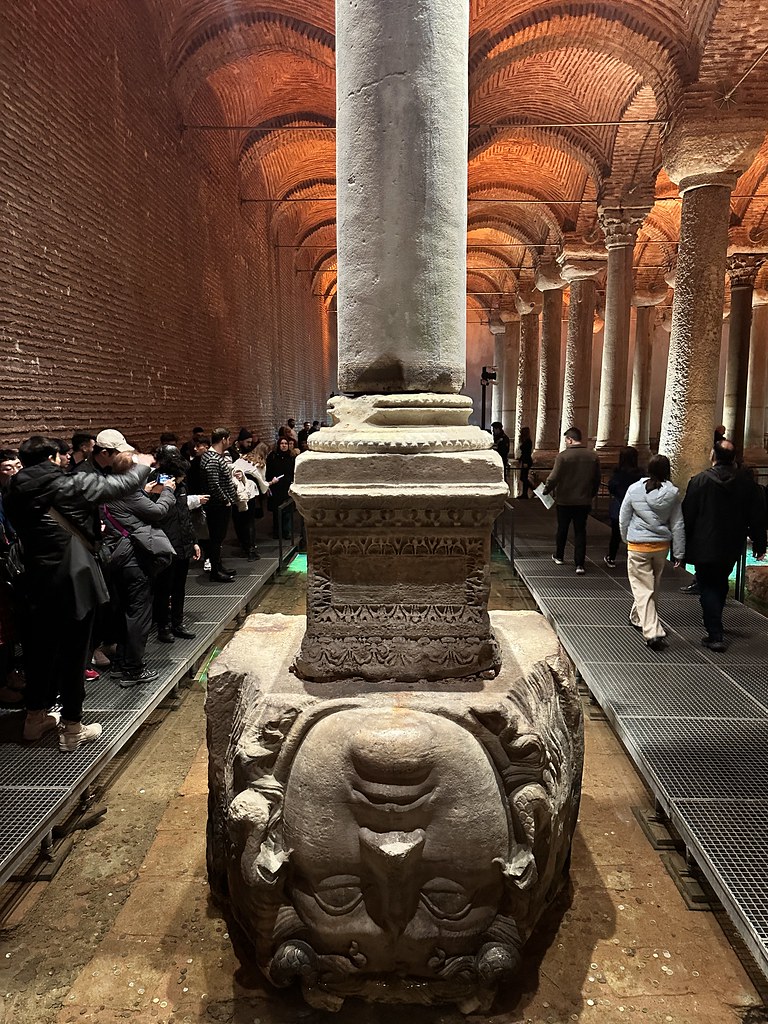 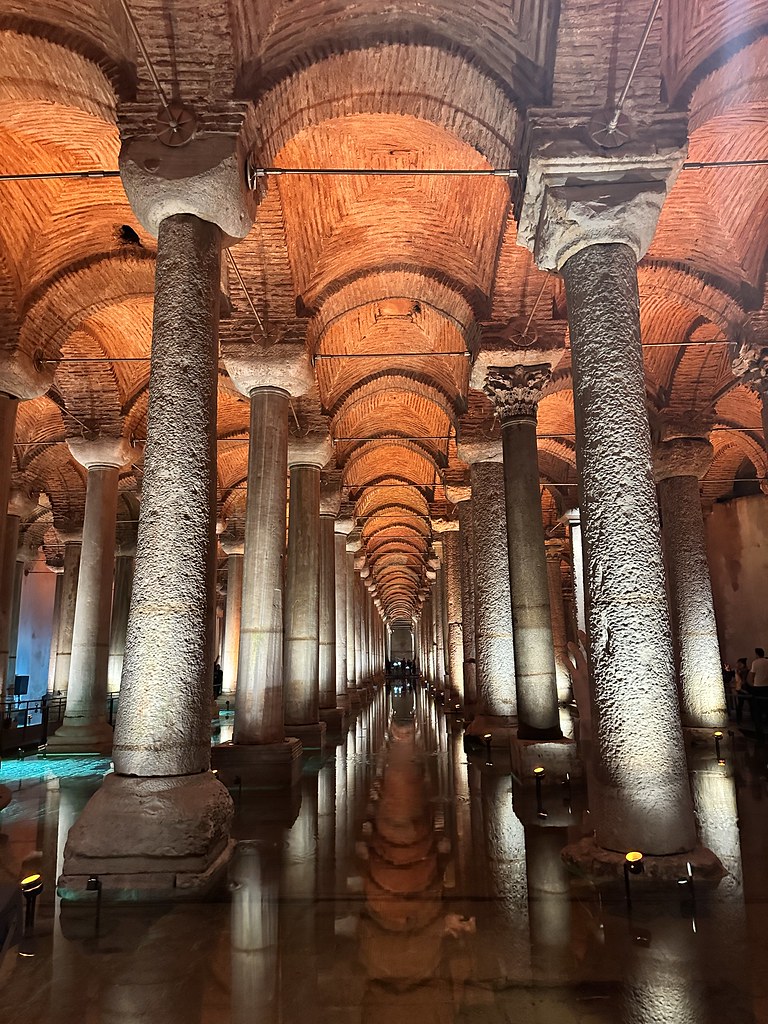 Then I continued to bestow upon Jillian her series of firsts, hopping on the underground metro on the Marmaroy for Usukudar and Jillian’s first time in Asia. Now she can claim she has just stepped foot in 4 continents within 72 hours. 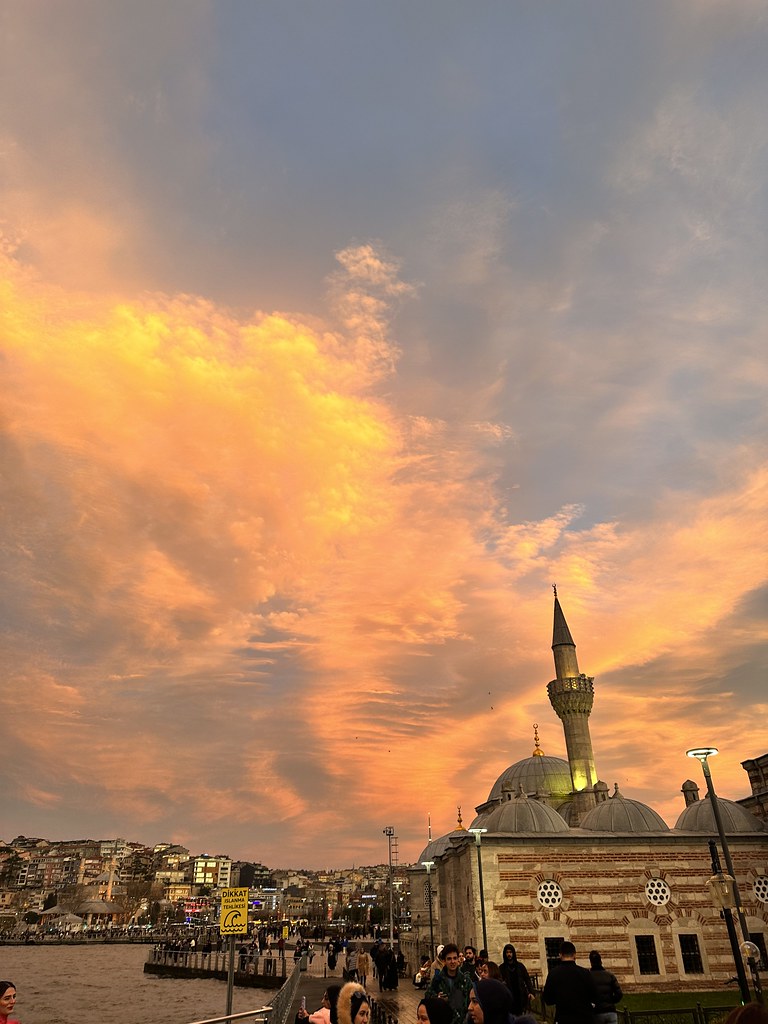 Finally on the morning before her flight home, Jillian also experienced her first Turkish hamam experience, after which I myself gave in and tried it again later that night before my own flight home. 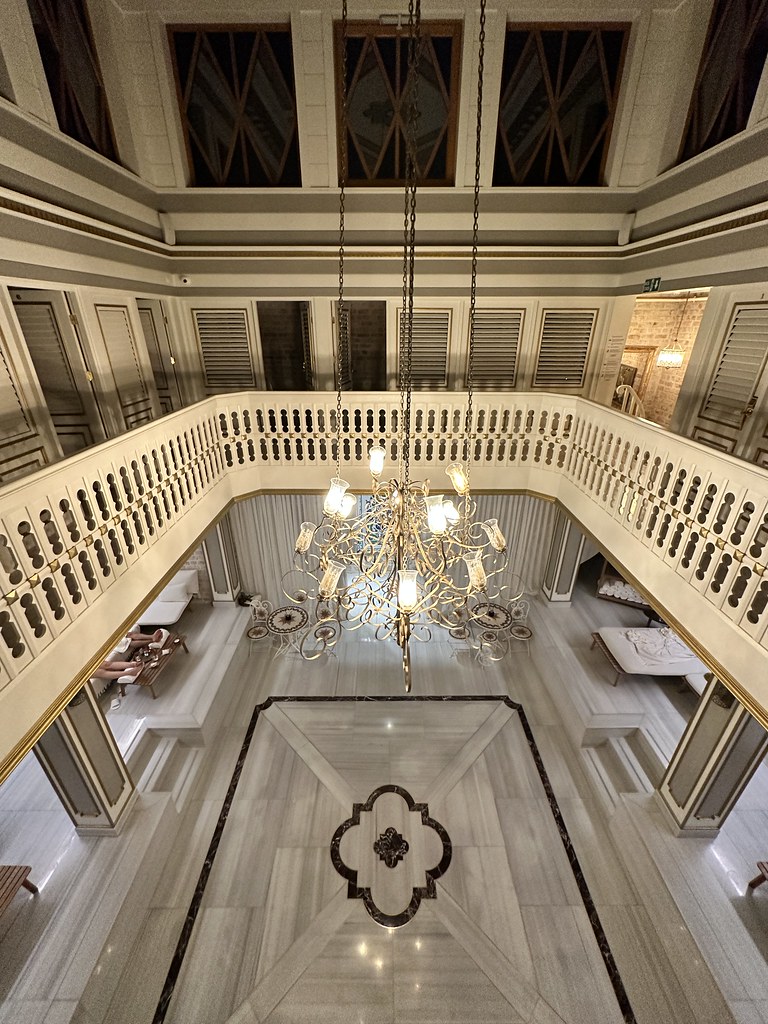 Last lunch overlooking Istanbul at Divan Brasserie. I guess I’ll see you on the next layover. 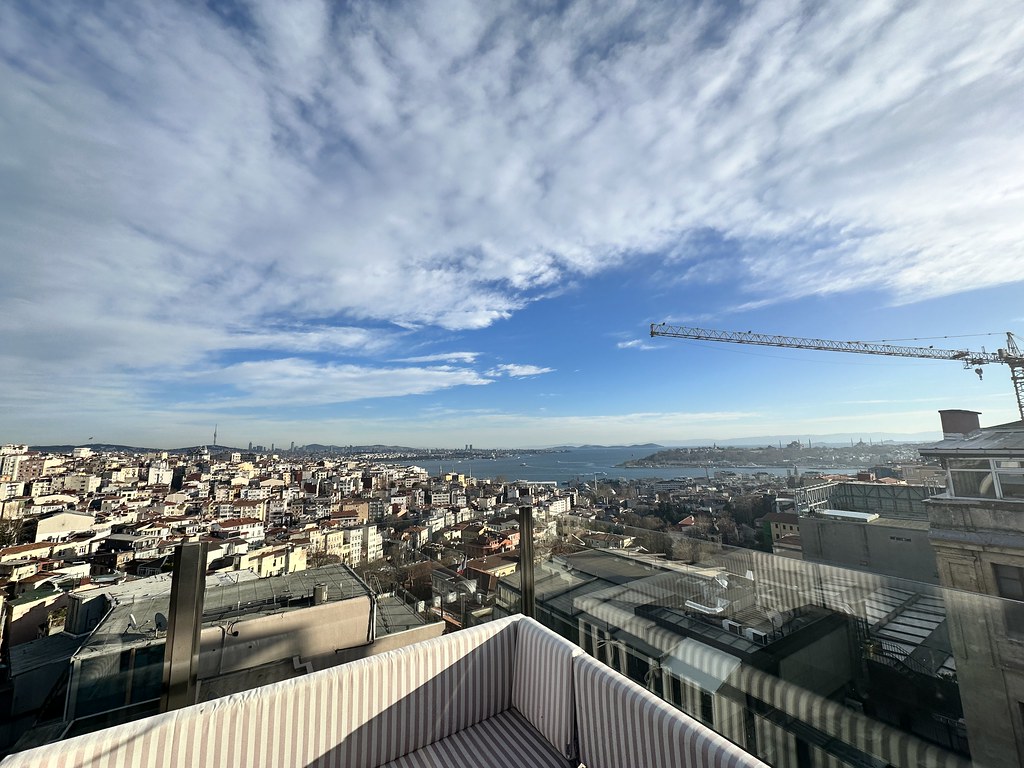