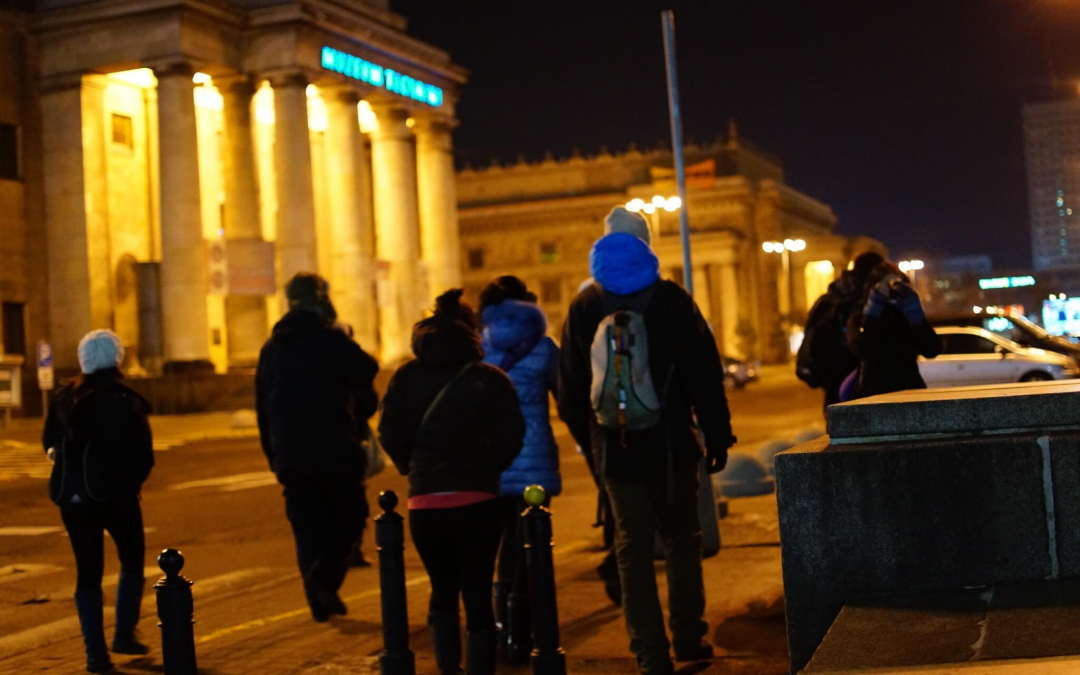 With contributions by Cynthia Koo.

“…Because the only people for me are the mad ones, the ones who are mad to live, mad to talk, mad to be saved, desirous of everything at the same time, the ones who never yawn or say a commonplace thing, but burn, burn, burn like fabulous yellow roman candles exploding like spiders across the stars.” – Jack Kerouac You’re going to miss that first meal together, the seemingly unending introductions to the 16 other people you will spend the next 6 days with, the mental scramble to match faces to names and pictures from a blog. 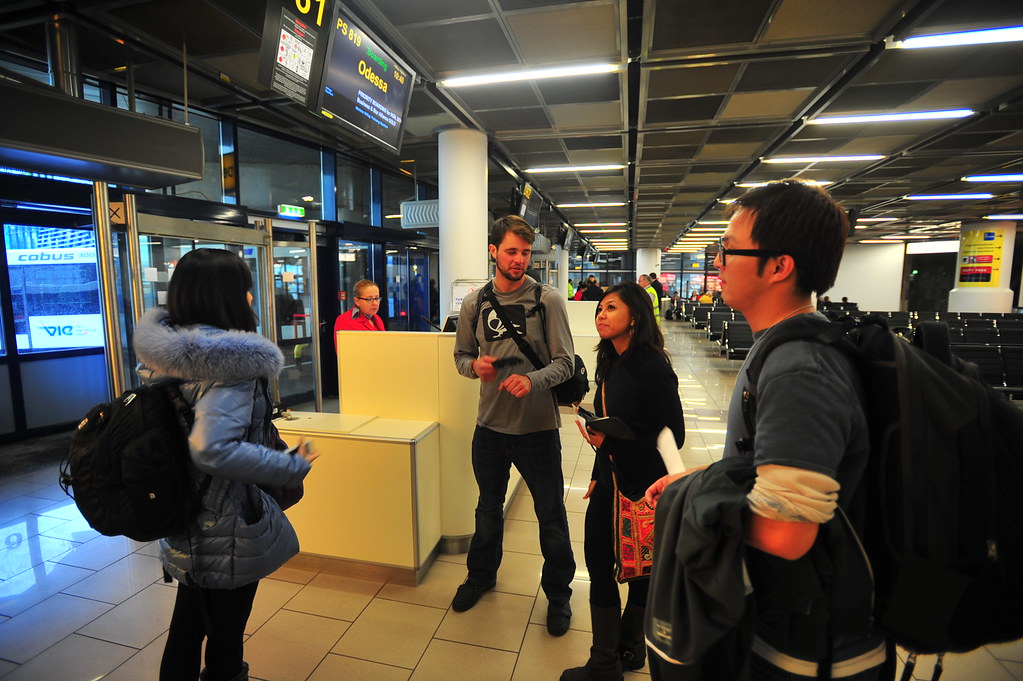 You’re going to miss the butterflies before waiting to board airplanes going halfway around the world, those moments leading up to a trip promised to be filled with first-times and new experiences and unknowns.

You’re going to miss those first moments of dawning realization that barely a day into the trip you are already lost, navigating signs and subways in a language you can’t read, trying not to lose anyone in a city you know of only from the first scene of “Mission Impossible.” 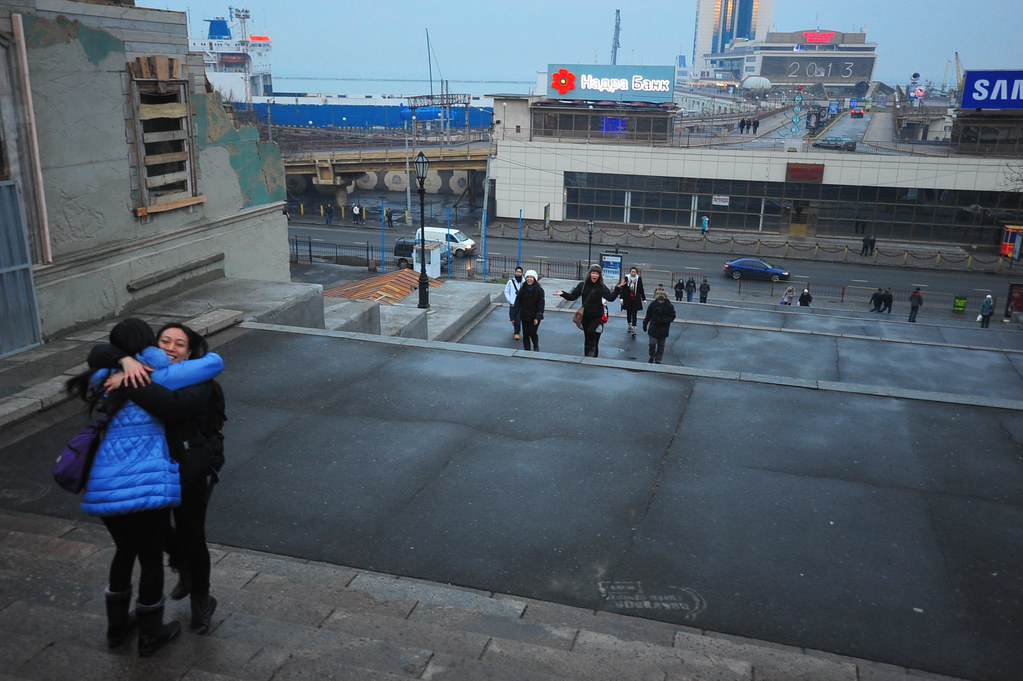 And you’re going to miss the comforts of your first overnight bus into Odessa, being bored to death by what seems like your 5th walk around the city’s pocket-sized city center, your 2-hour wait for the group that was flying in later, and the subsequent joyous, movie-like reunion of 15 strangers amid the backdrop of one of the world’s most famous stairways on the other side of the world. 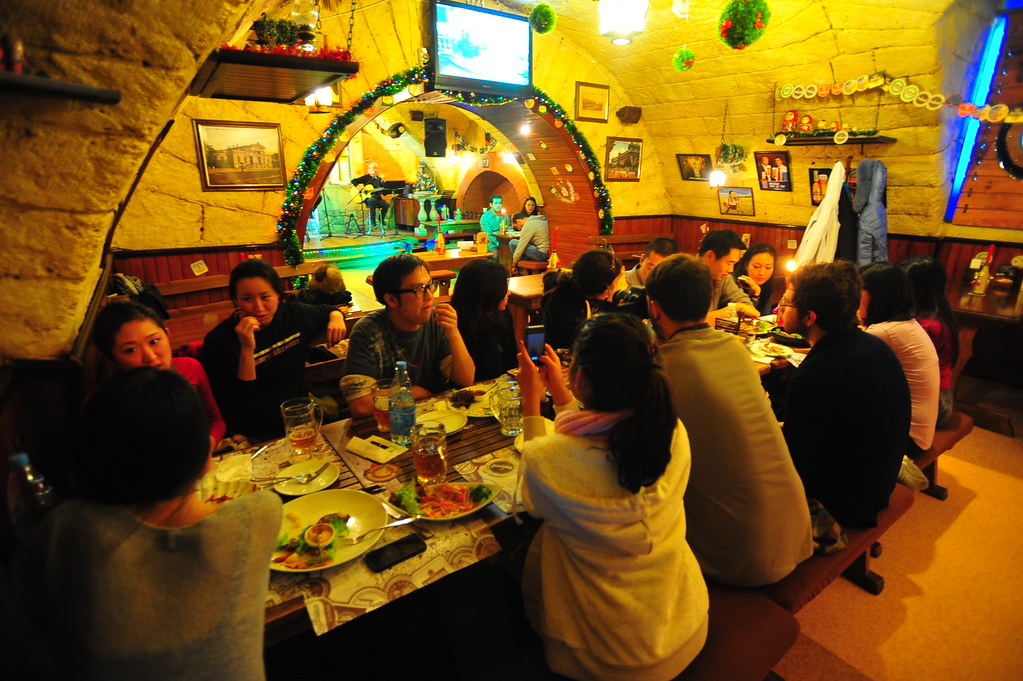 You’re going to miss breaking bread over a belated Christmas dinner with new friends, followed by standing on random street corners trying to find a way to the supposed “spectacular” nightlife of Arcadia beach. 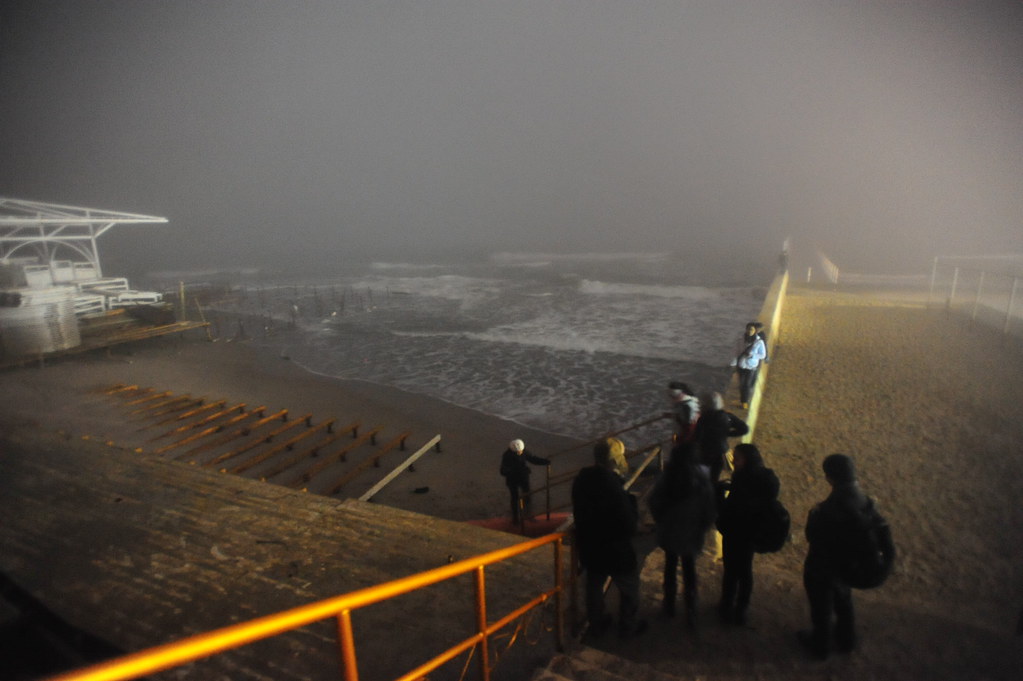 You’re going to miss arriving at a deserted carnival that is Arcadia in the dead of winter, suspecting that zombies might be lurking in the fog, but heading in anyway only to stand on a forsaken beach, staring off into an uncertain abyss over the Black Sea.

You’re gonna miss taking photos of yoga poses next to crashing waves before crashing a dance party for old people, and then passing out in an empty restaurant before assumingly missing the last tram back to the city and, to the chagrin of several curious Ukrainian locals, subsequently haggling down 4 taxis that could help you make it onto your overnight train to Kiev.

You’re going to miss waking up on a moving vehicle to a snowed-in Eastern European city and trying not to slip on ice-covered streets to get to your hostel before catching a 10:30am bus.

You’re going to miss the feeling of knowing you are in the middle of nowhere, being unable to pinpoint where you are on a map, and juxtaposing the thought of being in universally-unknown Pervomaysky, Ukraine (did any of you know that was where we were?) with the thought of having just 2 days ago been in universally-known NYC. 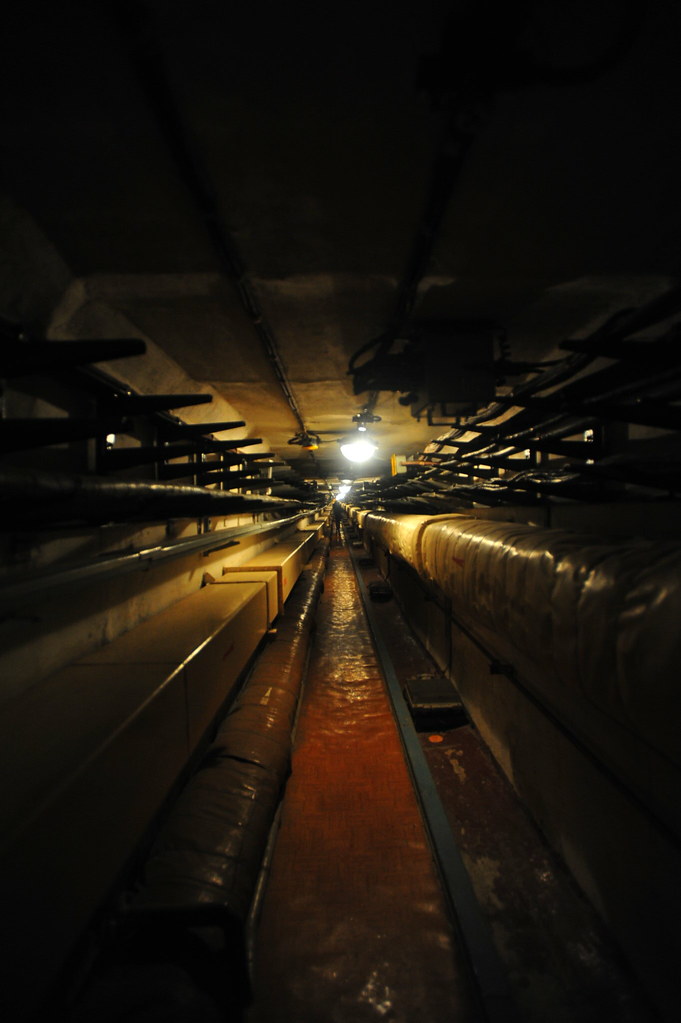 You’re going to miss being shown what the end of the world might have looked like, and climbing down to the “safest place on Earth.”

You’re going to wish you could once again celebrate your birthday in an underground bar in Ukraine. 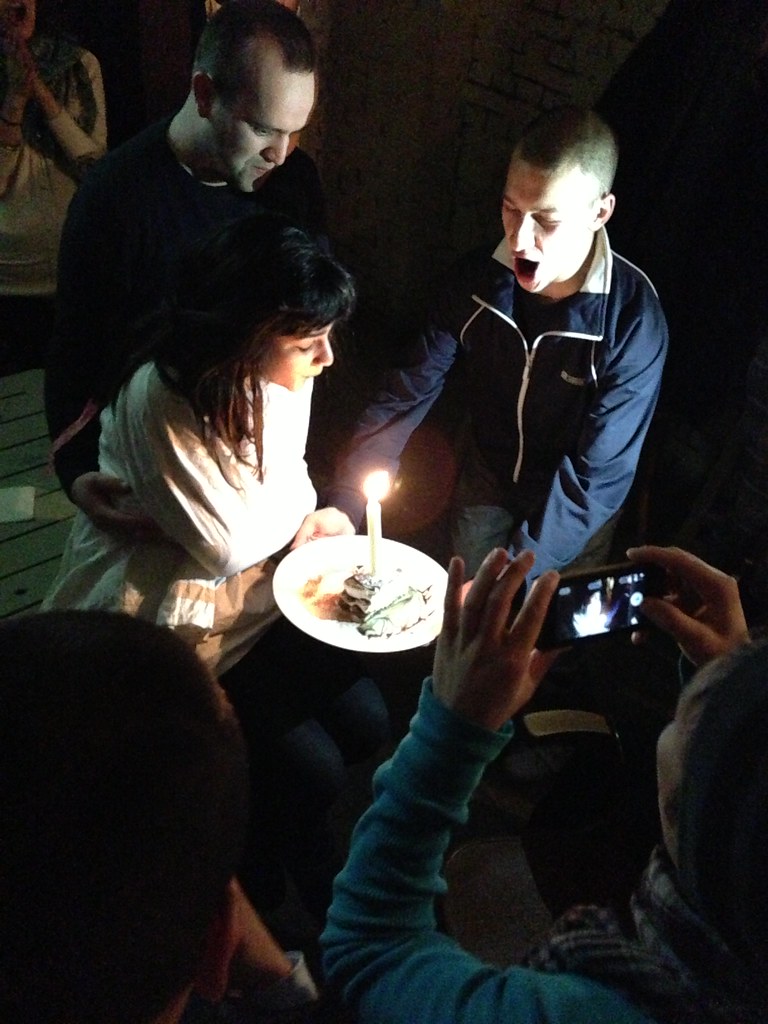 And you’re going to miss the $12 steak dinner, the endless orders of beers, and the anticipation of participating in the next random Ukrainian drinking “tradition.”

“No one looks back on their life and remembers the nights they got plenty of sleep.” – Anonymous 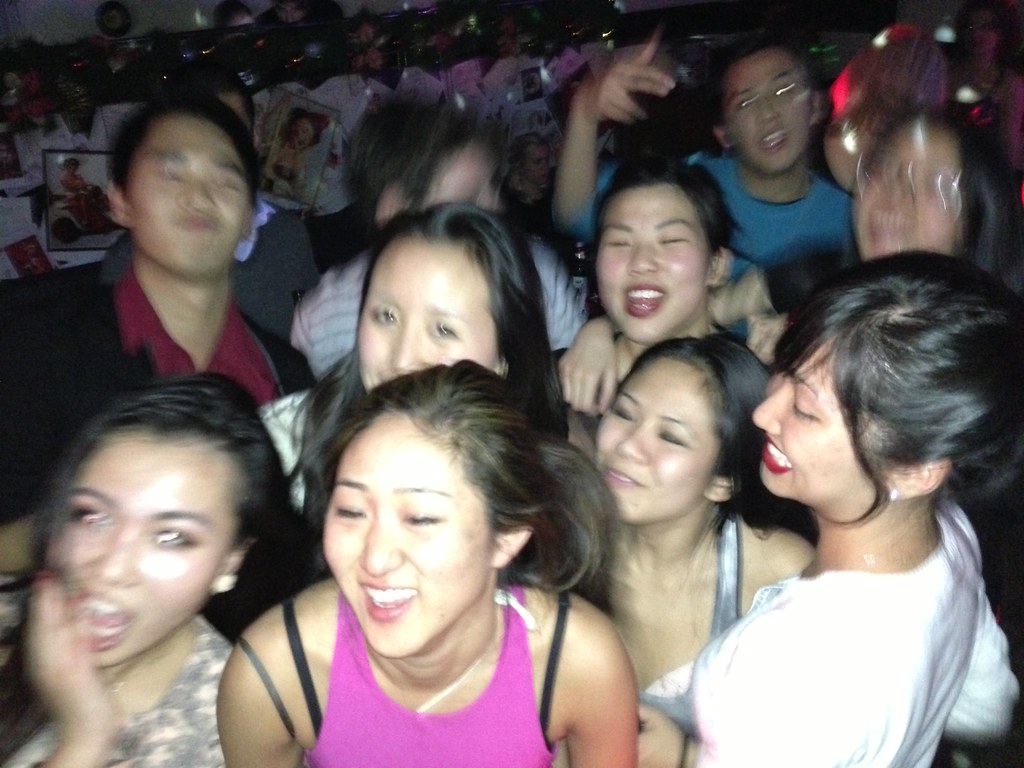 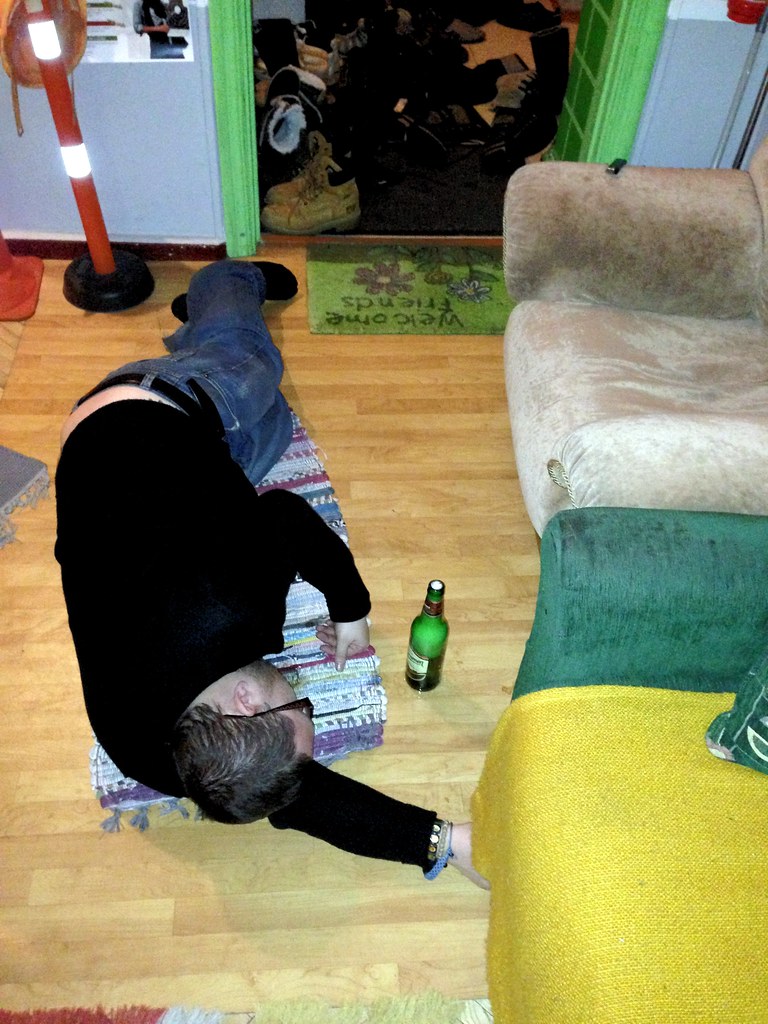 …and you’re going to miss waking up to the sight of one of your group leaders passed out on the floor next to a freshly opened beer bottle, that WTF moment when your hostel was raided by Kalashnikov-wielding cops looking for a massage because they mistook the place for an Asian brothel. And you’re going to miss realizing that you spent that 1 night when you had a proper bed by partying in Kiev instead, heading to bed a mere 3 hours before you headed out the door again.

You’re going to miss getting on the wrong train during your adrenaline-fueled rush from your hostel to catch buses that would take you to Chernobyl — the feeling of searching for a needle in a haystack in Kiev’s sprawling Independence Square, the uncertain dread of whether you’ve missed the opportunity to visit the site of the worst nuclear disaster in history. And you’re going to miss that sigh of relief and a renewed belief in miracles when a stranger approaches you to ask if you’re looking for the Chernobyl buses, 35 minutes after you were supposed to be there.

You’re going to miss the moment when you arrived at a destination that until then, had only existed for you in Wikipedia articles, video games, and bad horror movies.

You’re going to miss witnessing landscapes of a nuclear wasteland, the awkward reluctance and willingness of eating a “radioactive-free” lunch, the eerieness of naked abandonment as you navigate a ghost town that’s been stuck in a time warp for 26 years. 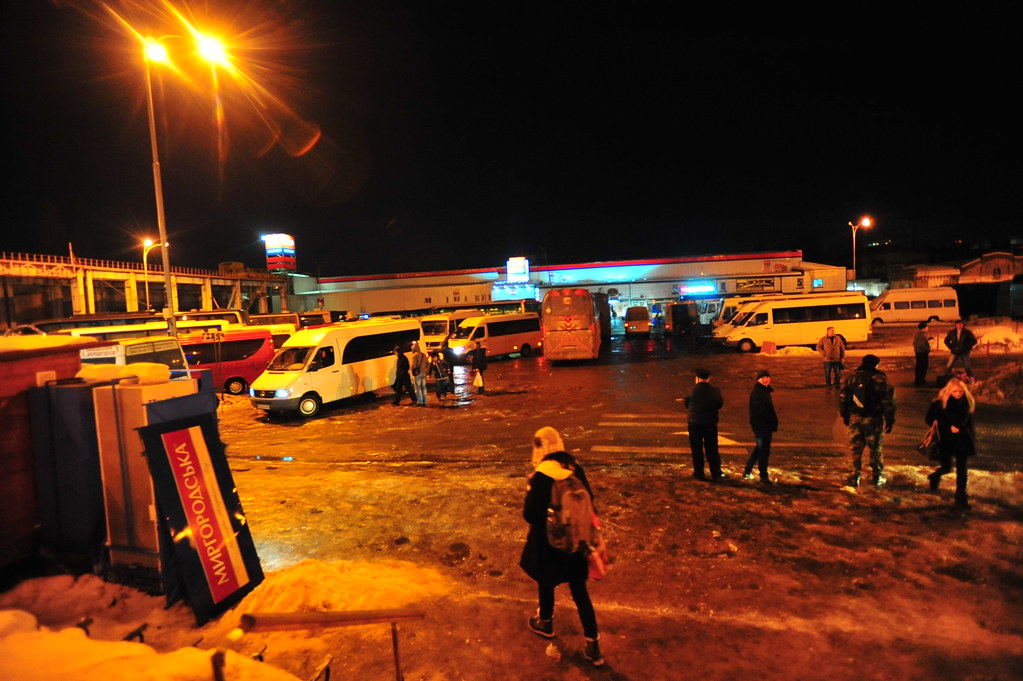 You’re going to miss standing for an hour in the shivering cold while making crude jokes and waiting for the morning bus, telling horror stories on the way to Lviv’s train station, and spending the 3 hours before shops opened at one of the sexiest cafes you’ve ever stumbled upon. 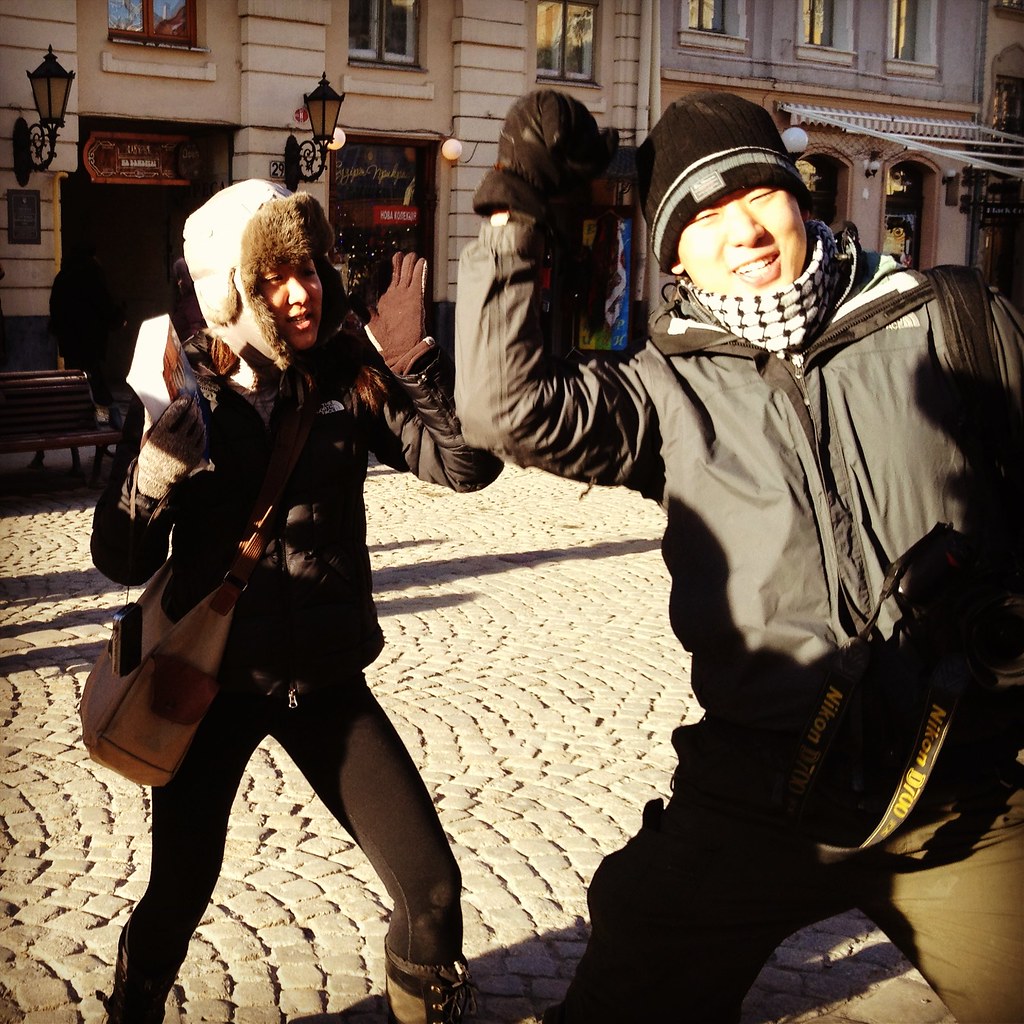 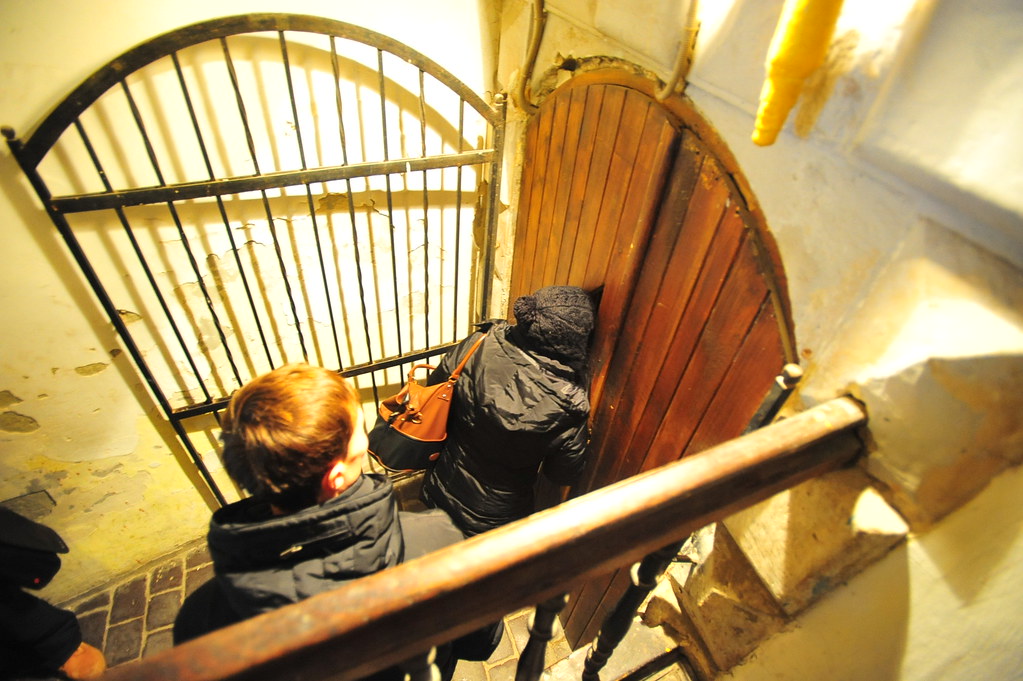 And you’re going to miss wandering through Lviv with a local, warm from honey vodka shots required of you before you entered that password-protected underground bar, and buzzed from champagne popped at the top of a viewing tower overlooking the city to celebrate having just climbed a million flights of stairs (…and being in Ukraine!). 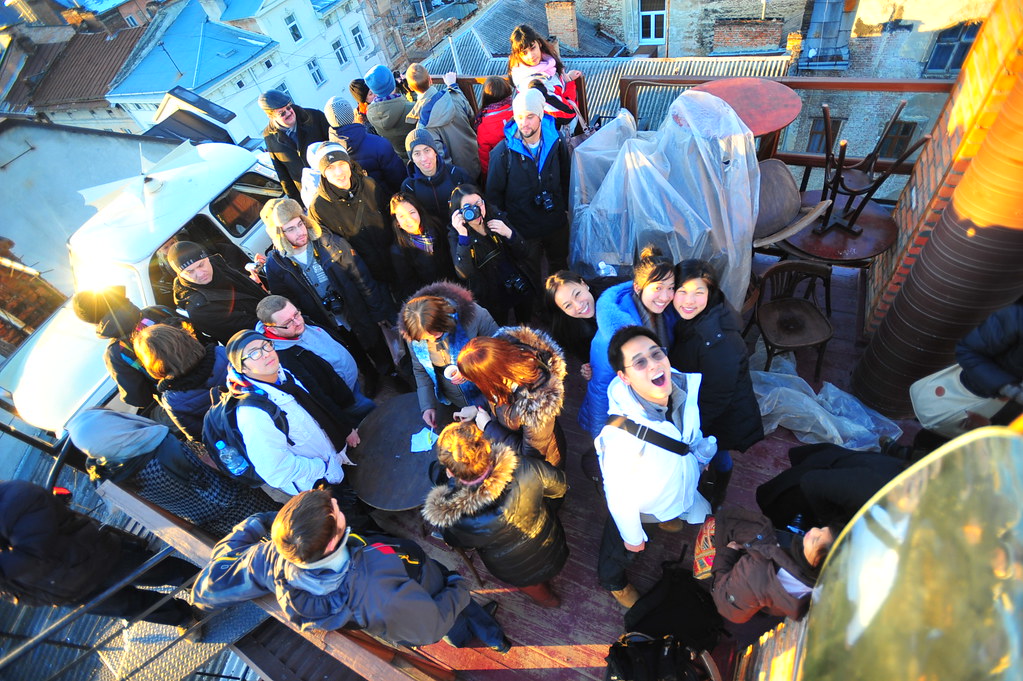 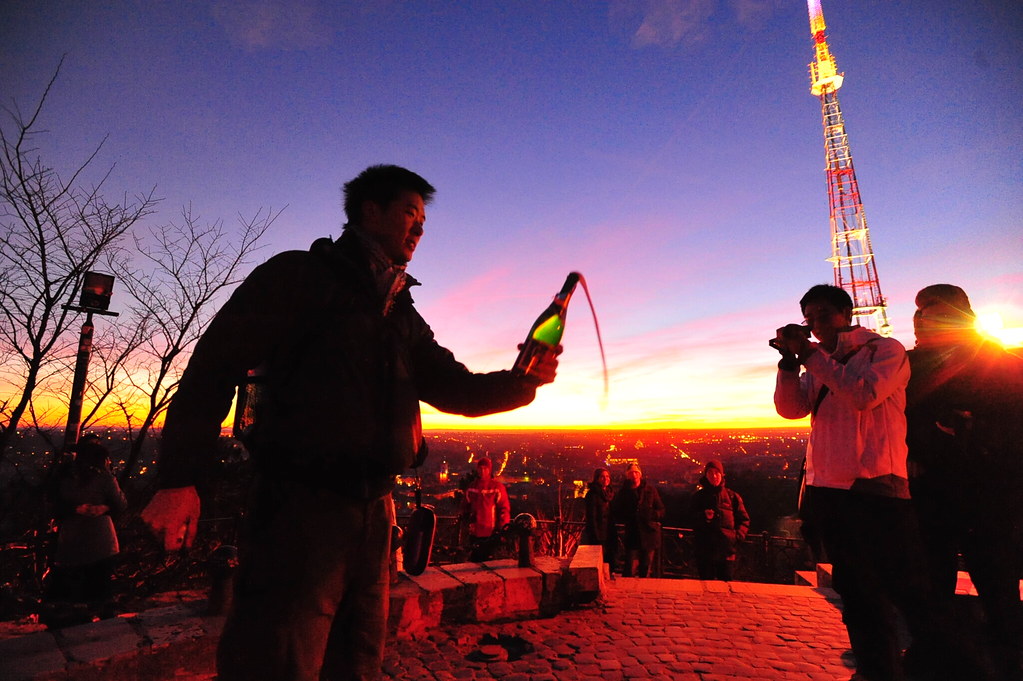 …and you’ll miss that last-minute costume party under a legendary opera house. 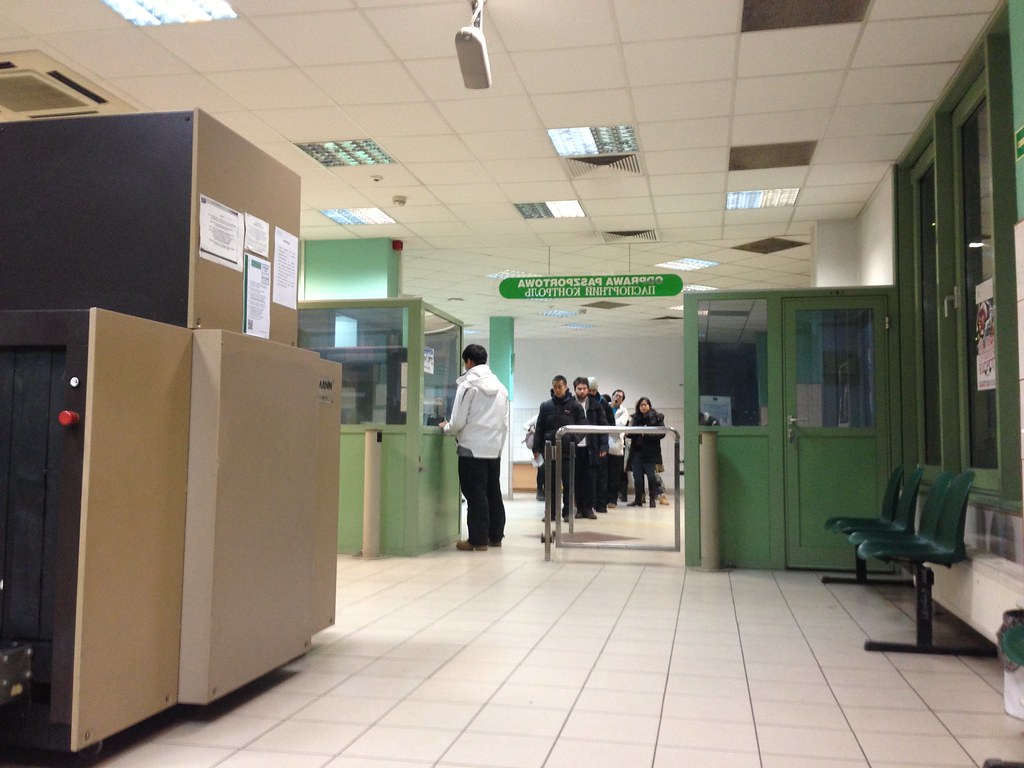 You’re going to miss trying to figure out the ‘Ukranian Bear’ as he cargoes you across the Ukrainian-Polish border at 1am in the morning, debating conspiracy theories as you’re told to wait in an interrogation room while your vehicle is searched in a sketchy garage. 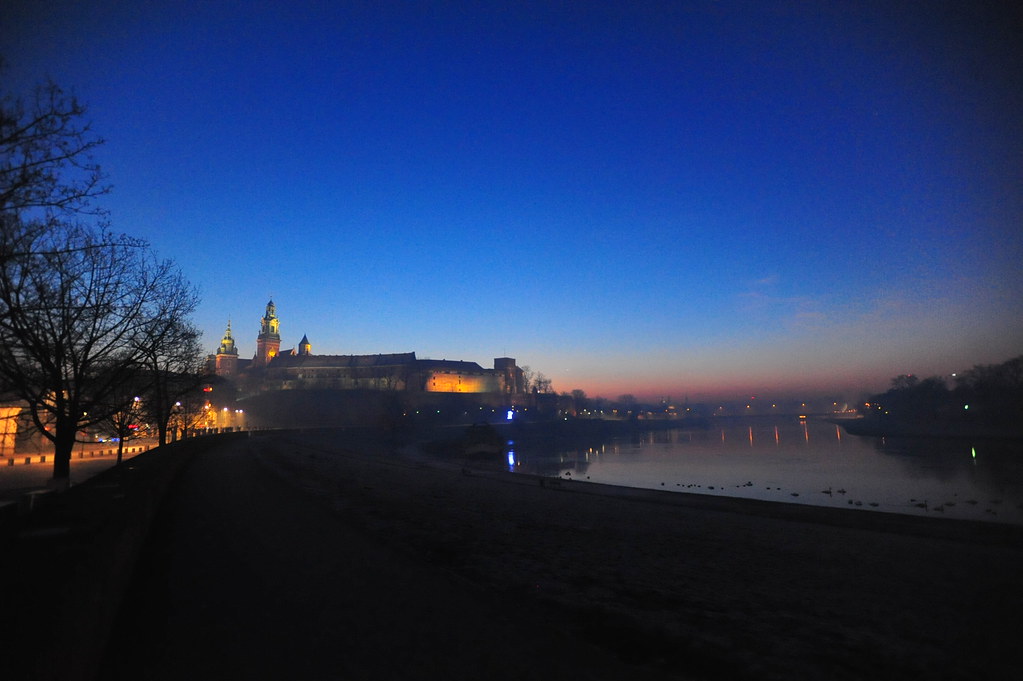 You’re going to miss waking up in a new country after driving for hours, dumb to the awe of Wawel Castle at dawn as you get out of the van, taking over a nearby Sheraton bathroom – the nicest you’ve used in days – walking through atmospherically serene Krakow before anyone else is awake, and getting a rushed breakfast before scrambling for seats on a standing-room packed bus to Auschwitz. 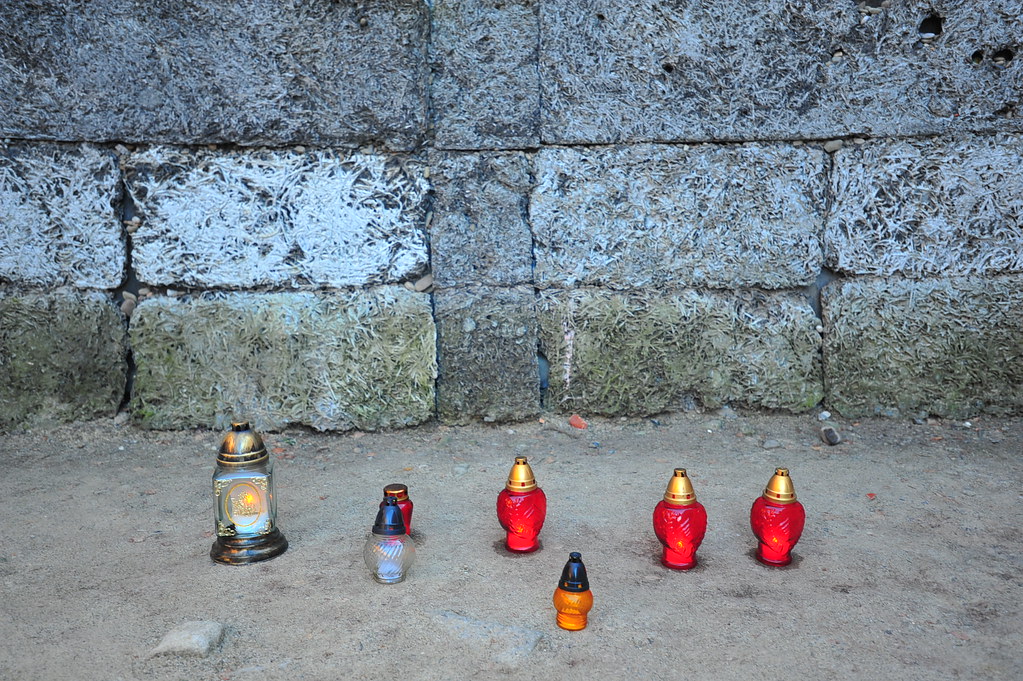 You’re going to miss contemplating the range of emotions that overtakes you when walking through one of the worst tragedies in modern human history, learning about the horrors of a place where horrible things happened to good people — a place you had only heard of from high school history class. 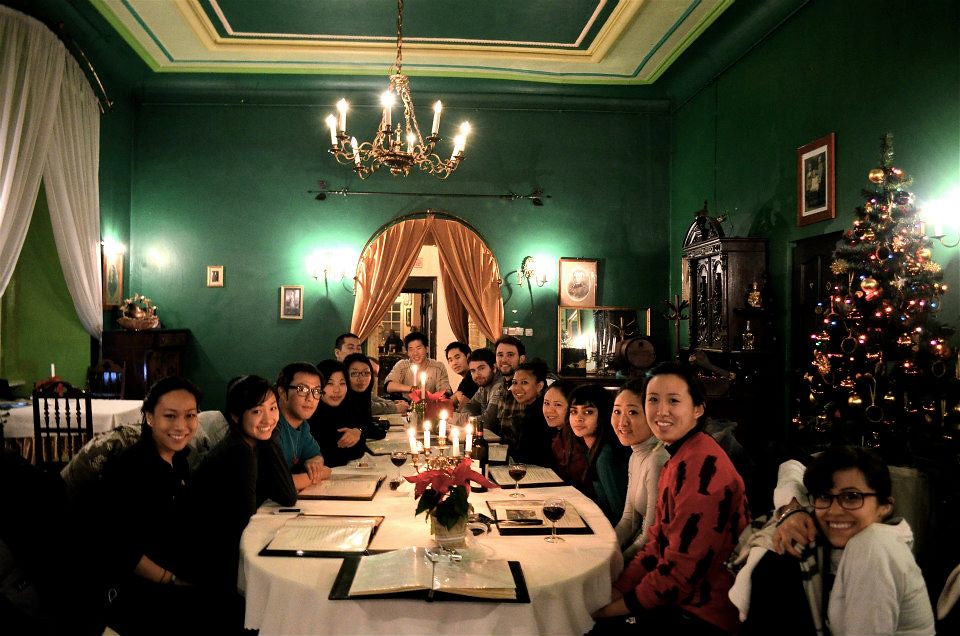 And you’re going to miss the bitter aftertaste of anger and disappointment when your group leader tramples upon his own schedule and totally lets everyone down (okay, you might not miss that).

But you’ll definitely miss the group dinner afterwards (at least this humbled writer hopes you do), courtesy of a jerkface who learned his lesson. 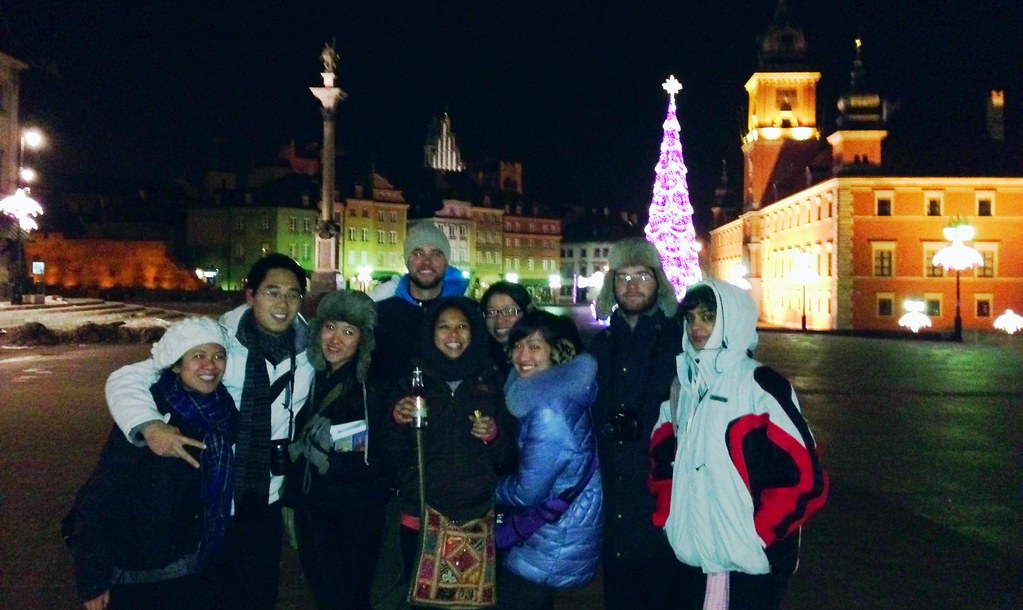 You’re going to miss those first few goodbye hugs as flights started to leave, the serendipity of arriving at the airport a few hours earlier than scheduled, that impromptu 2 hours spelunking through Warsaw in the middle of the night on the vodka, and the gratefulness for a last night of being so far away from routine. 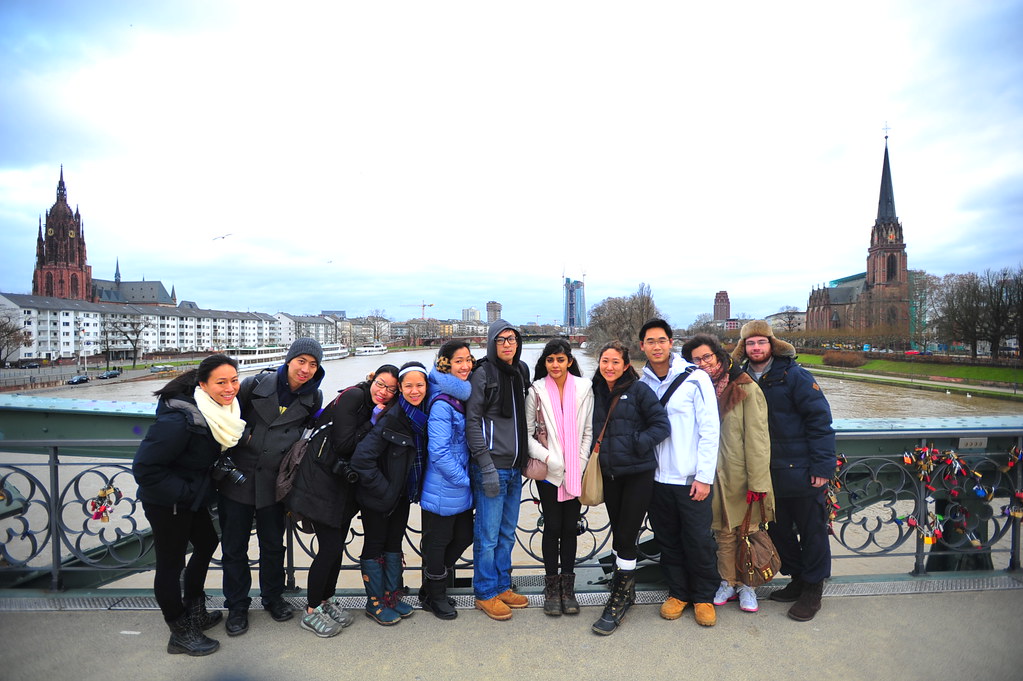 And you’re going to miss the impromptu 2 hour tour of Frankfurt on another layover, the unexpected cherry on top to end the trip. 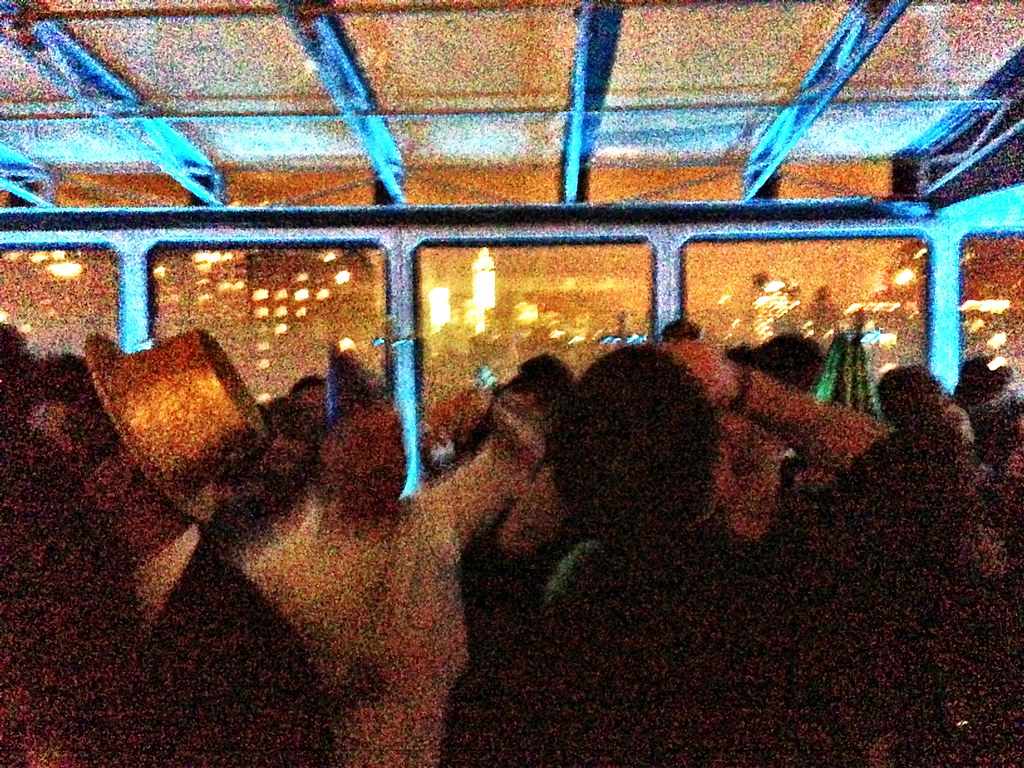 But most of all, you’re going to miss the first time when it’ll hit you: that nobody else for the rest of your life will be able to understand what 17 strangers went through together in only 6 days.

And yes, most of all, we’ll miss each other.

“A journey is best measured in friends, rather than miles.” – Tim Cahill