by Calvin Sun | Dec 28, 2015 | Border Crossing, Crisis, Fit for Foodies, Getting that VISA, How Did You Do That?, Rules Are Meant To Be Broken, Turkmenistan, Uzbekistan, Winter 2015: The Silk Road | 0 comments 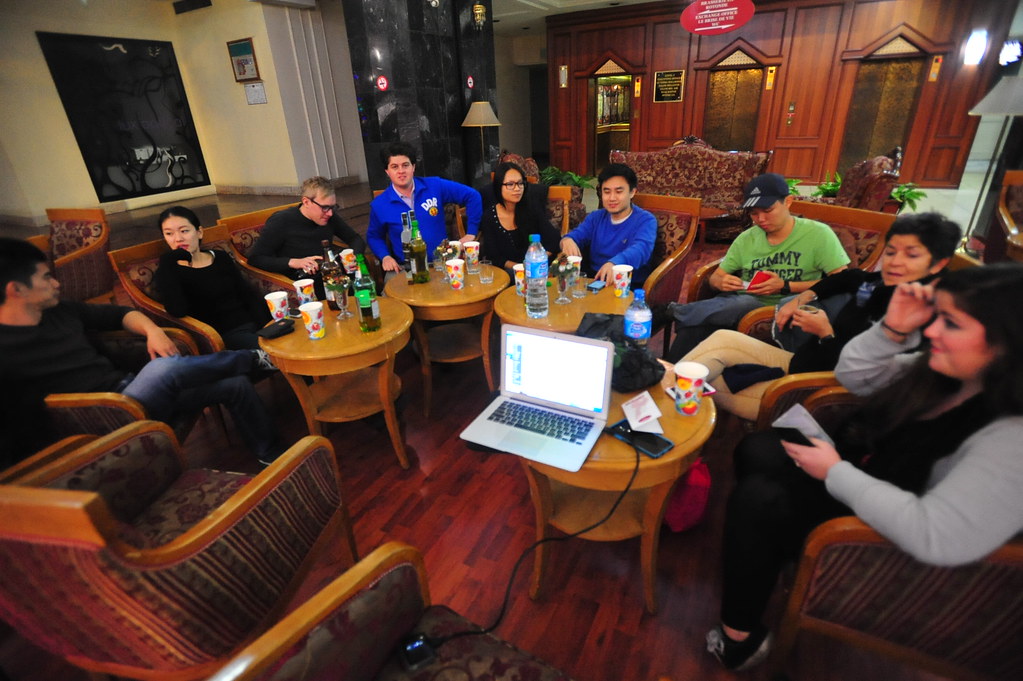 This story has a happy ending.

Sometimes, all the planning in the world can’t stop travel from being…travel.

We’ve acquired visas to places like Pakistan, Iran, North Korea, and Venezuela. We’ve defied countless odds in moving hundreds of our monsooners to remote corners as far as Antarctica. We’ve hit 90 countries in 3 years without being slowed down. And yet we would finally find our match with the reclusive government of Turkmenistan, aka, “North Korea without the publicity.”

Similarly to how North Korea had inexplicably denied visas to all tourists for a period of time due to unfounded “fears of Ebola”, Turkmenistan similarly — without reason – just denied tourist visas for the winter season for all tour groups. That included us.

We went as far up as the Ministry of Foreign Affair — hints of bribery even — for other ways to get in including a transit visa, and all we got were hollow apologies and a shrug. They’ve completely shut their doors, and we just happened to get stuck at the wrong place at literally the wrong time.

Discovering all this literally a week before departure, this eft our group with a few problems:

1. We were supposed to start our trip in Turkmenistan, but without a visa that would now be impossible (and illegal). Therefore, with a week before departure we had to coordinate with 18 of our monsooners to rebook their flights to arrive in Uzbekistan.

2. To enter Uzbekistan, we originally arranged a group visa set for an overland crossing from Turkmenistan, but since we were no longer able to do such a crossing, we had to reapply for a new Uzbek visa on arrival for all 18 monsooners.

3. According to what’s written on the US State Department and the Uzbek consulate, visas on arrival are not allowed for us at Tashkent Airport; we had to get ours through the normal process at our local Uzbek consulate.

4. The normal process at the Uzbekistan consulate takes up to 10 business days or 3 weeks (they close on Thursday and Fridays) to issue a tourist visa. And by the time we found out Turkmenistan had denied our visas, all of us had less than a week (more like 5 days) left. Some of our 18 were already en route to Central Asia.

So as you can see, we were kinda stuck.

But if travel is going to get unpredictable with us, we can equally do our part in thinking outside the box. Thanks to our YPT partners Ben and Eilidh who live in the region, the situation was explained to the Uzbekistan Ministry of Foreign Affairs and a tentative arrangement was made for all 18 of us to get visas on arrival at the airport in Tashkent, Uzbekistan. All they needed were our new flight arrival information into Tashkent and our declaring residence in a country without an Uzbek consulate (mine would be Baku, Azerbaijan since I was traveling through there). They would then expedite the process to get us Letters of Invitations (LOI) for Visas on Arrival within 3 business days.

We were also helpfully informed that this has never been done before. Hm. 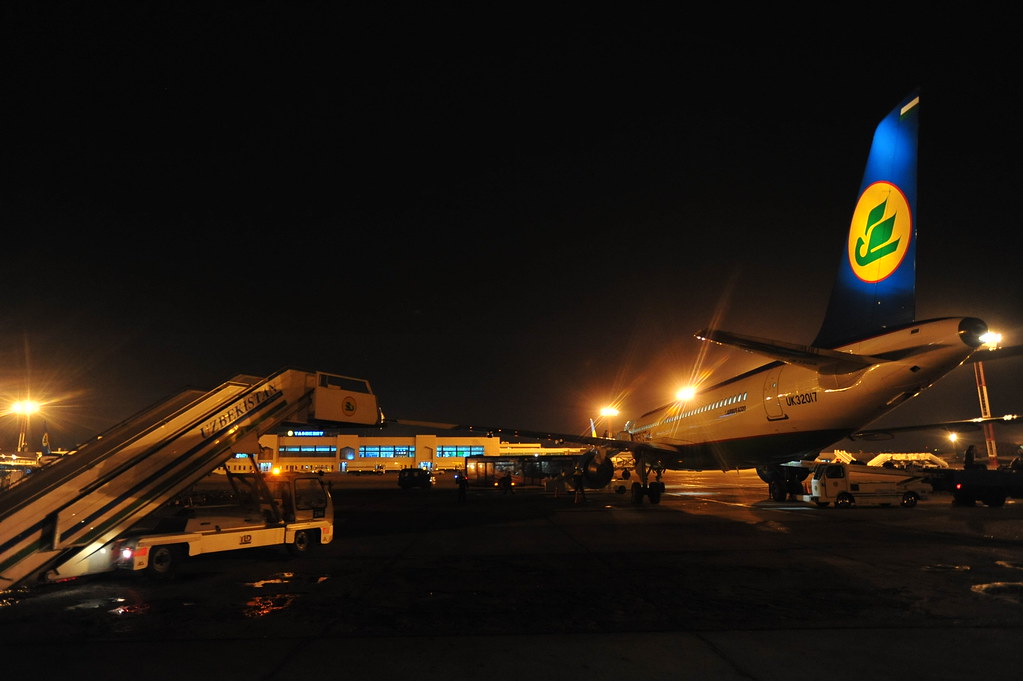 Arriving into Tashkent Airport, without a visa

After about a whole week of a nail-biting waiting game, the final process itself at the airport ended up being quite anti-climactic. Once you arrive, you’re forced to wait in nothing resembling a formal line for your passport to be stamped. The both on the farthest right will take care of the visas on arrival (they’re usually closed so you have to walk up to it and request staff to wake up and drive their agent over from home). 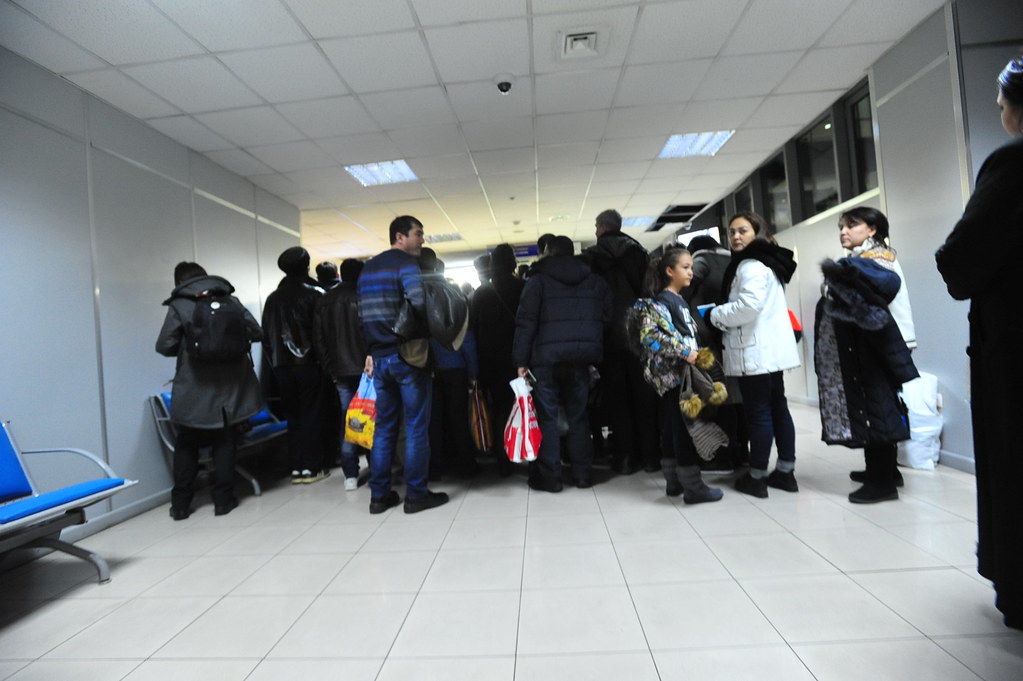 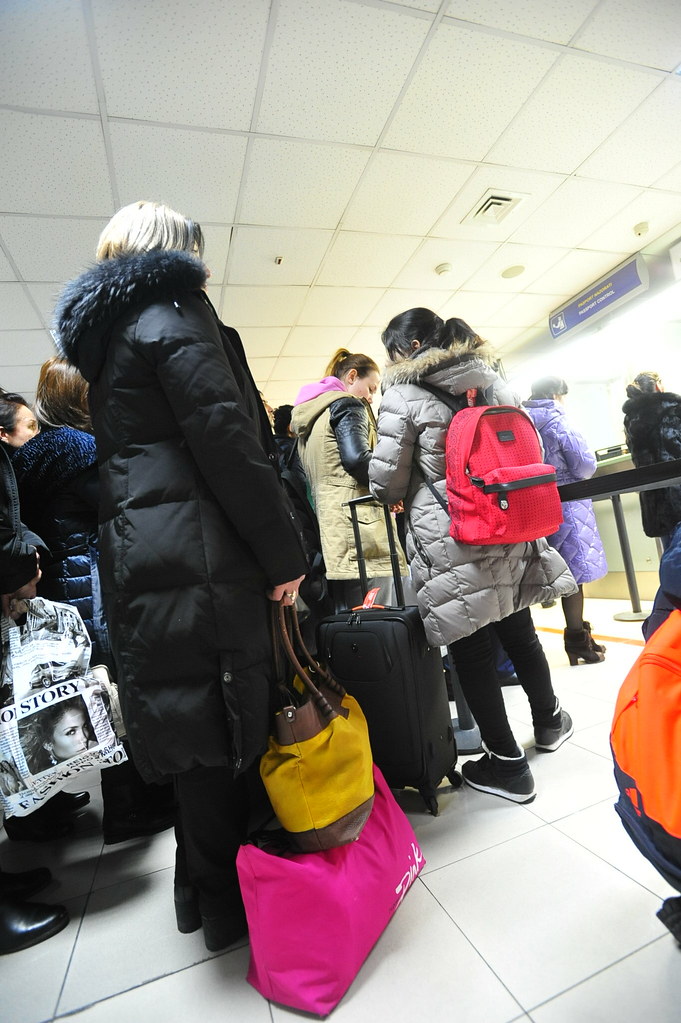 Some random guy will then walk over out of nowhere and take your passport and LOI to an unseen back room, while you wait outside for probably a good 30-45 minutes. Then he’ll come back out with your new shiny visa in your passport, asking you to pay.

Since we were getting our visas in a rush, and in a not-so-kosher way, most of us Americans coughed up $240 USD (our Singaporean friend only paid $85 USD!) for the service. Highway robbery, essentially. But hell of a lot better than not getting in at all.

The fun doesn’t stop there. Once you get through one grueling line to get your passport stamped in, you’ll have to wait in the infamous Uzbek customs line. Only Curaçao had a similar ridiculous customs line where the country cares so much to go through each passenger one by one in a thorough examination of your documents and luggage.

For Uzbek customs, you have to fill out 2 identical copies of a customs declaration form, and you MUST be accurate in how much Uzbek (if applicable) and foreign currency you’re carrying. The reason is that they’ll take 1 copy for the arrival and they’ll inspect the second whenever you depart, making sure you’re not carrying more on you or taking any Uzbek currency out of the country. Not sure how this system is foolproof or makes any sense, but when in Rome… 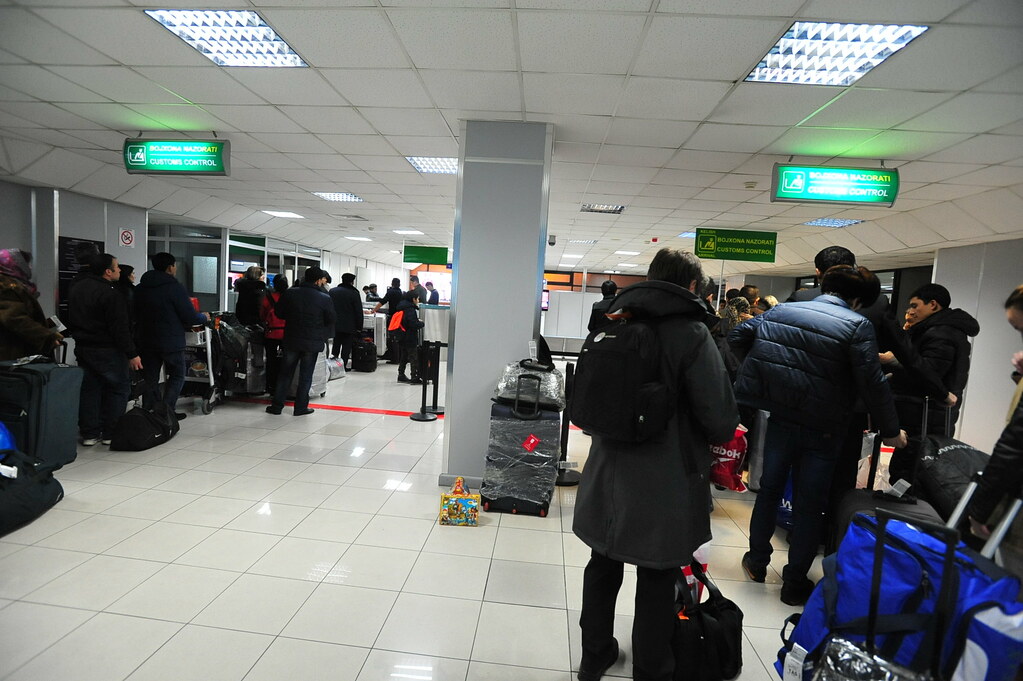 We waited about an hour and half on the customs line. You have been warned! Bring a book. 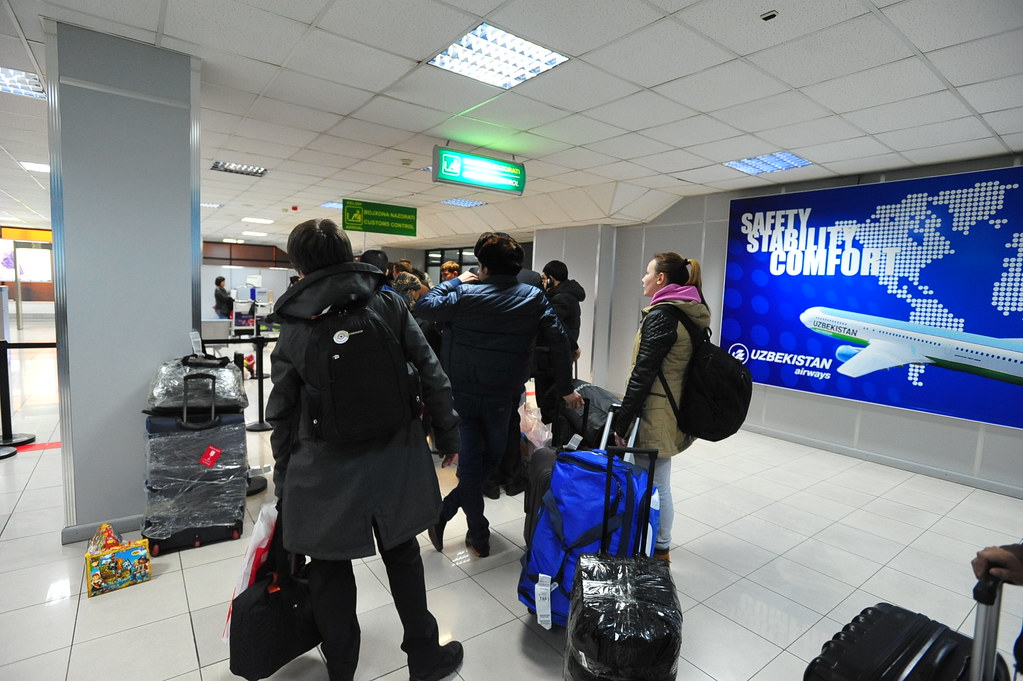 And then, finally, we tasted freedom. 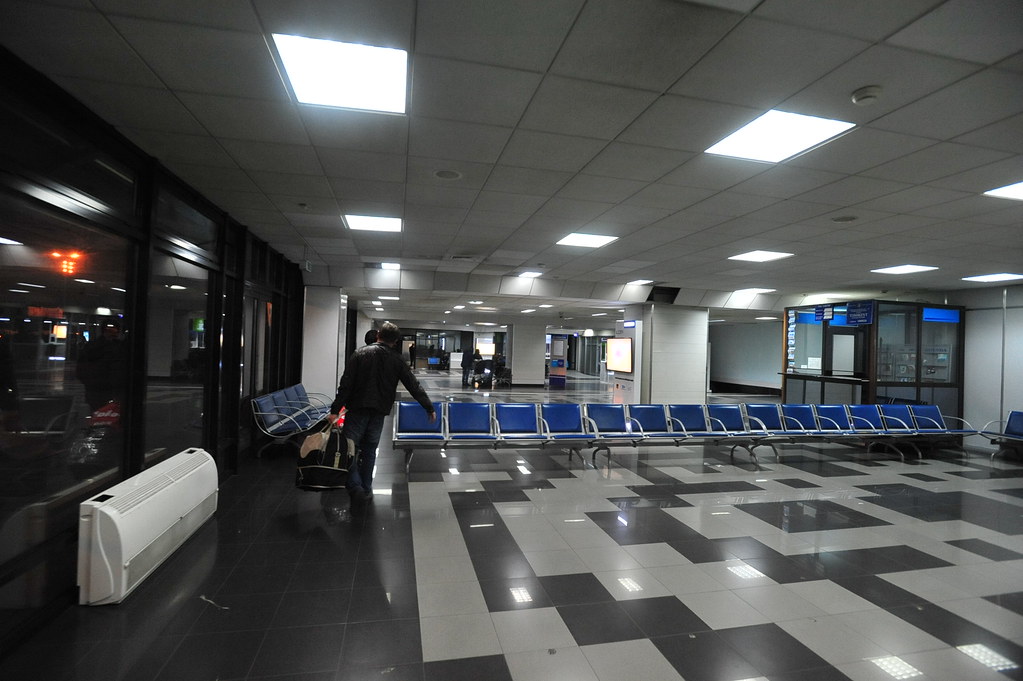 The arrivals gate at Tashkent bore much resemblance to my experience in Lahore — utter mass pandemonium and cab drivers following you up and down asking if you need a ride (and they don’t take no for an answer). 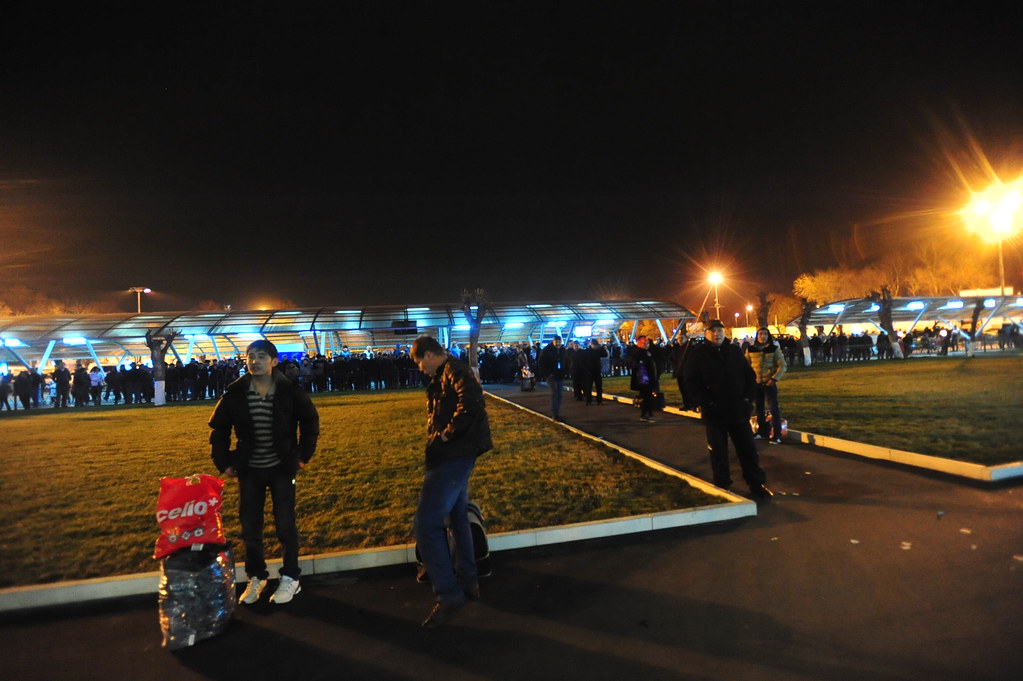 Look at them all waiting in the distance....

Greetings from Uzbekistan, from 18 pioneering monsooners in traveling the impossible and not letting anything getting in the way of the monsoon.

After all of us reunited at the hotel, Le Grande Plaza, we headed out to celebrate with a fine Uighur meal and drinks. 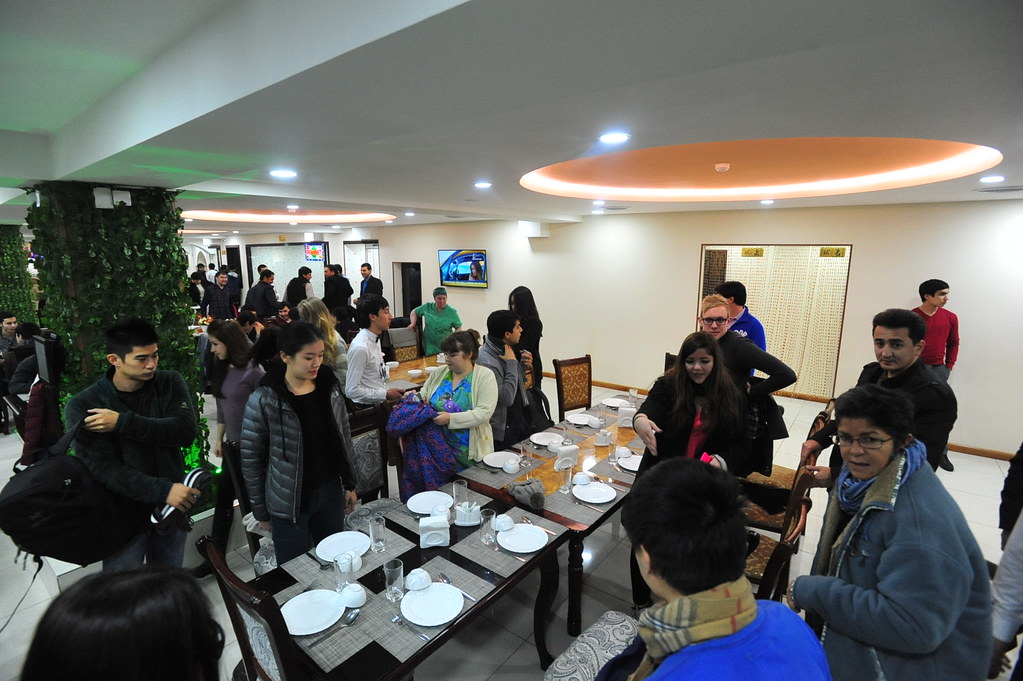 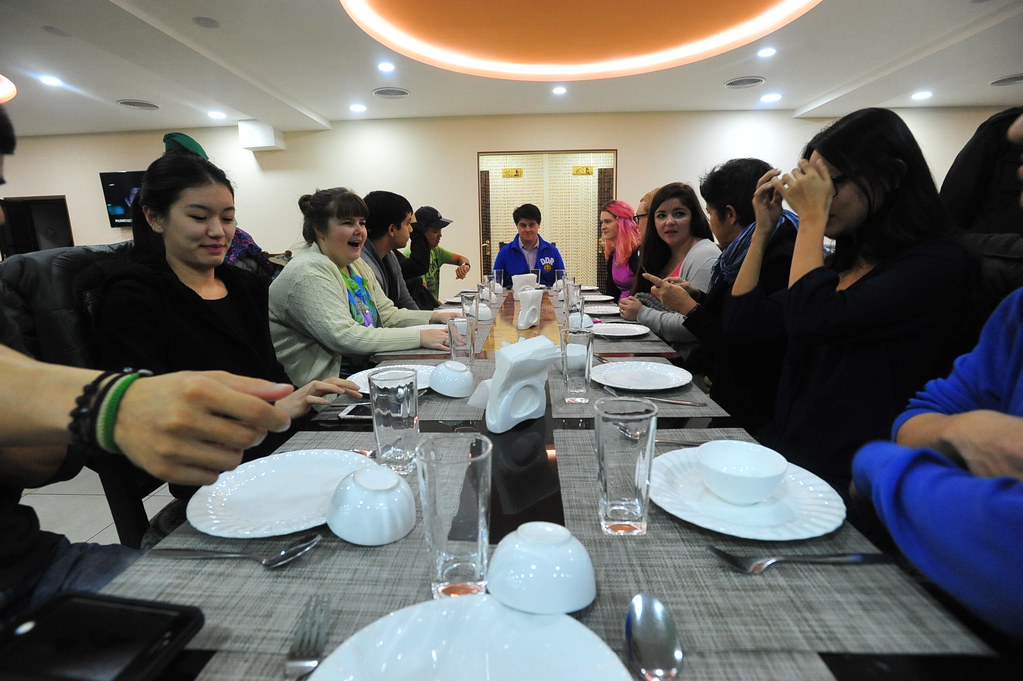 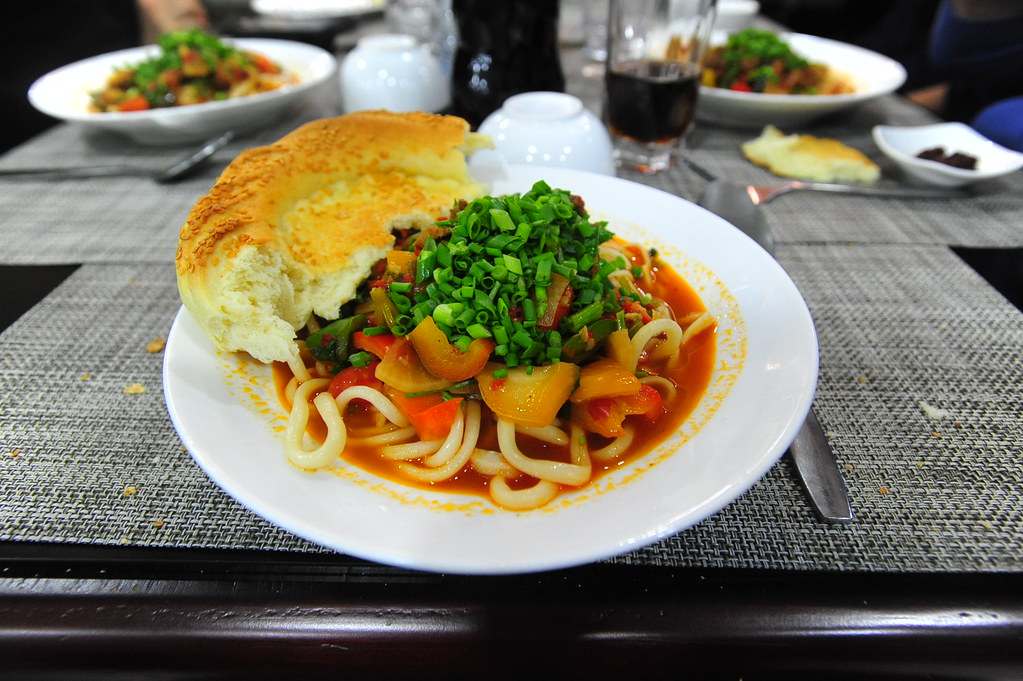 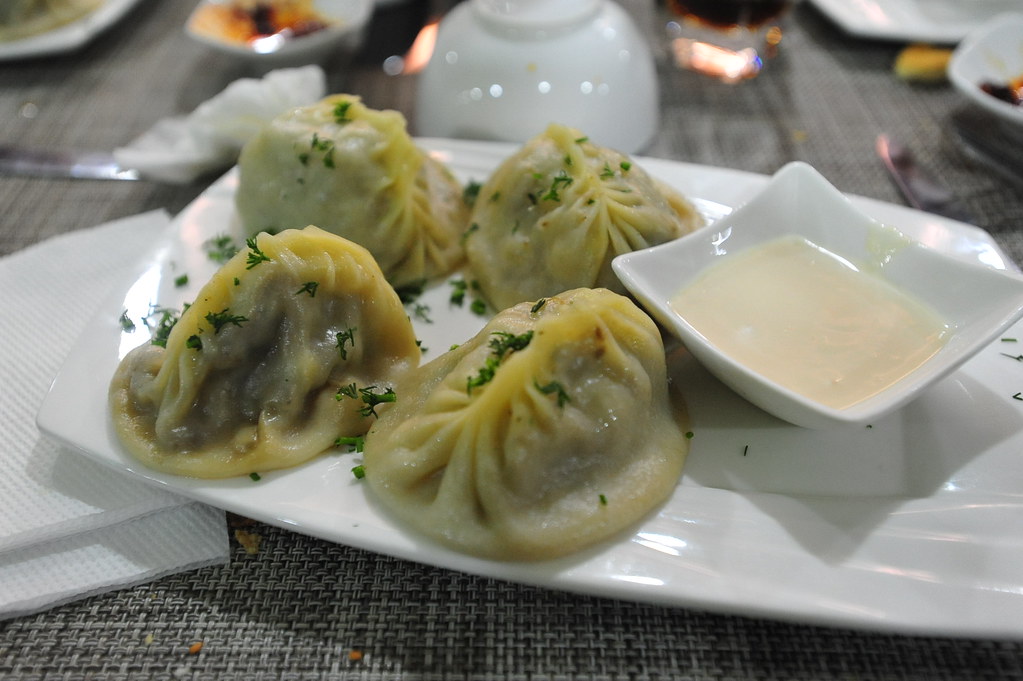 A cross between a xiao lon biao, pelmini with the sour cream, and doubled in size

There is a happy ending to this story.